Complex of the Church of St. Nicholas

The Church of St. Nicholas in Vilnius, distinguished by its small size and modest architecture, is not only the oldest Catholic building in Lithuania, but also one of the oldest buildings in our country overall. The first time the church was mentioned in writing was approximately at the same time as Vilnius city itself and before Christianity was widely established in Lithuania. Historians presume that the sanctuary was built in the first half of the 14th century for settling German merchants. Although the church was rebuilt numerous times, its general Gothic character has been preserved. According to the architecture historian Morta Baužienė, the church was rebuilt at least three times even back in the Gothic period.

The irregular rectangle hall church was completed with a presbytery, which is wider than the main nave and features a not completely symmetrical triple apse. The naves are divided by four octagonal columns, rising to web vaults with different rib patterns. The vaults of the church feature particularly rare preserved examples of Gothic painting of the firmament. During the restoration of the church, a fragment of the Gothic brickwork of the wall was opened for exhibition.
The symmetric front façade has two sections. The lower section features the wall with four plastered niches and a window above an arched portal with a profiled brick edging. Above the recessed frieze there is a triangular gable covering three groups of three arches each, arranged on two levels. The arches on the lower sides rise towards the middle of the gable with a composition of arches, featuring an arrangement of two smaller and a large middle arch. The gable was plastered until the late 1980s, when it was restored to its original stepped profile, based on historical data.

The side façades are laconic with two windows each, positioned in a rather large distance from each other. The northern façade has a small side entrance. Up until the reconstruction of 1980s, the only Gothic buttresses that survived were on the corners of the front façade and near the presbytery. The four side buttresses with semi-circular arches were reconstructed based on the remaining example. Both sides of the presbytery have windows, arranged on a slightly uneven axis, while the three edges of the apse feature three plastered niches.

The church altar and organ balcony were built in late Baroque style in the 18th century. The belfry was built approximately in the same period, while the sacristy wing and the fence surrounding the sanctuary come from the 19th century. Interestingly, during the Polish rule in the interwar period, this was the only church in the city to host mass in Lithuanian language. In 1930, when Lithuania celebrated the so-called year of Vytautas the Great, the church uncovered the Duke’s bust. 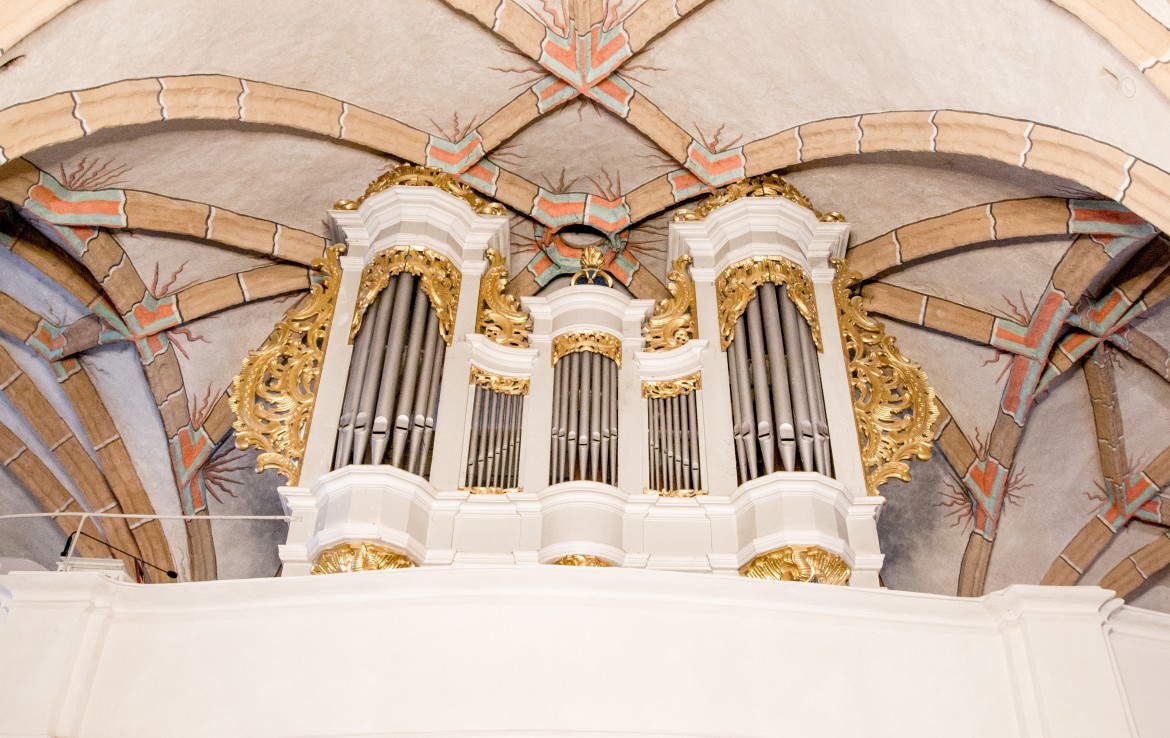 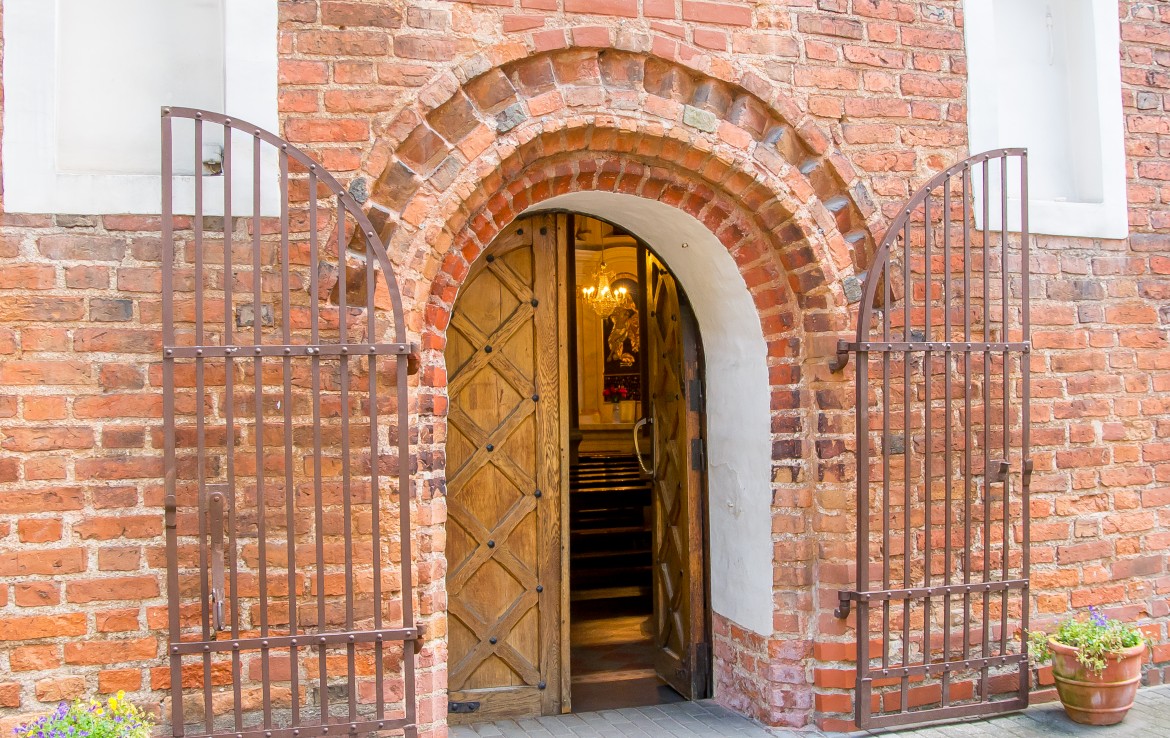 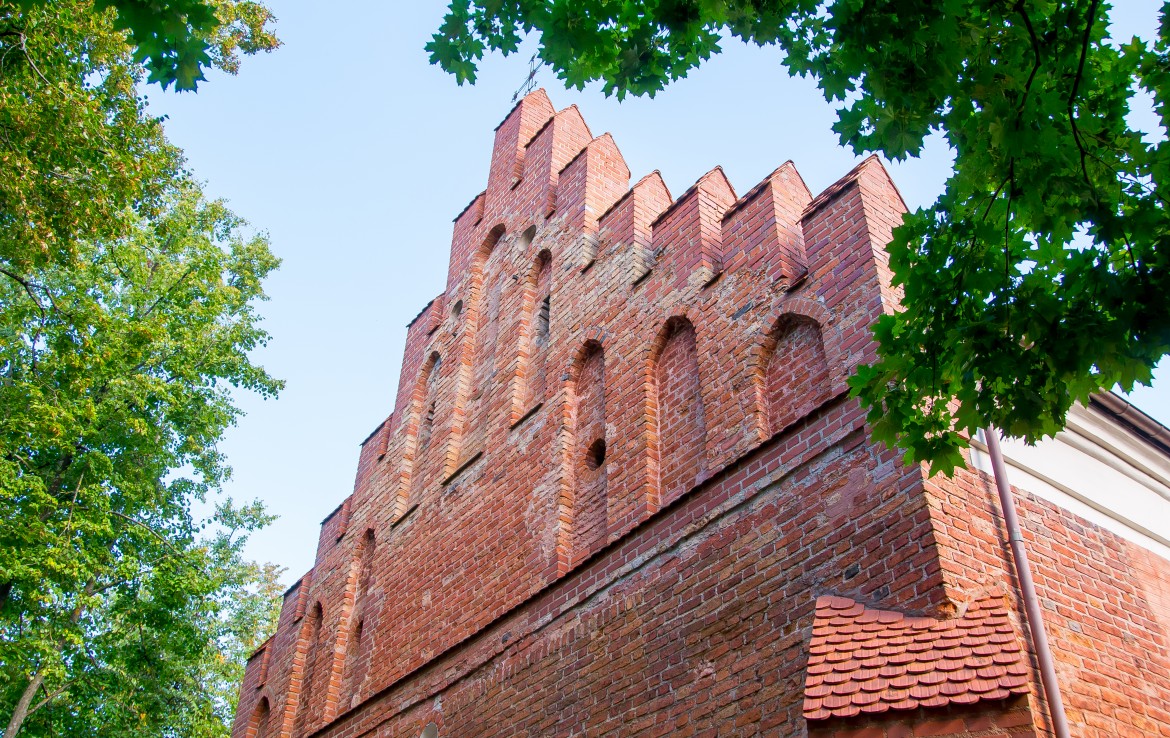 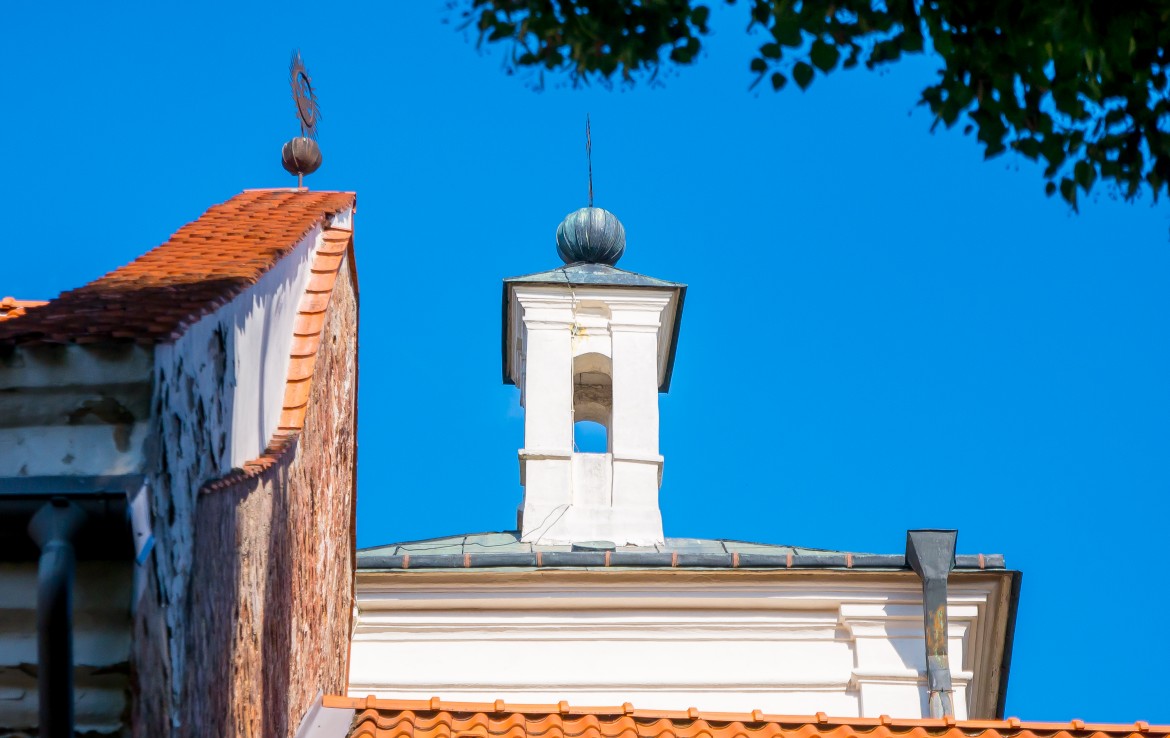 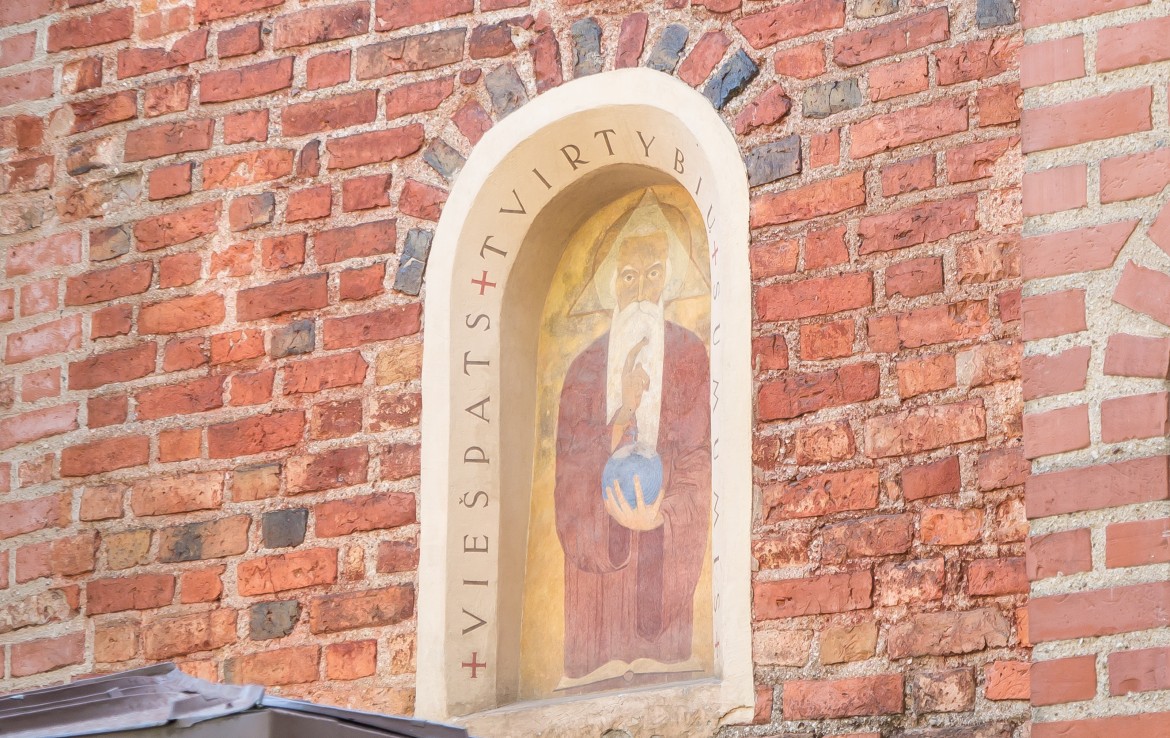 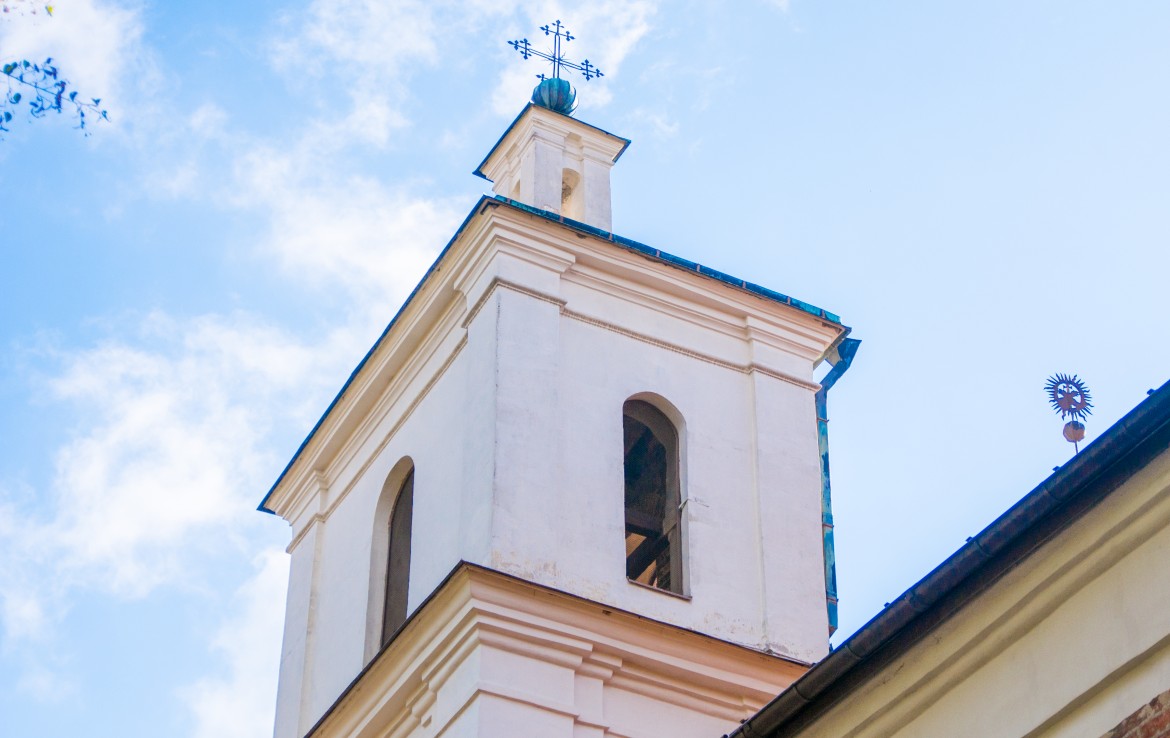 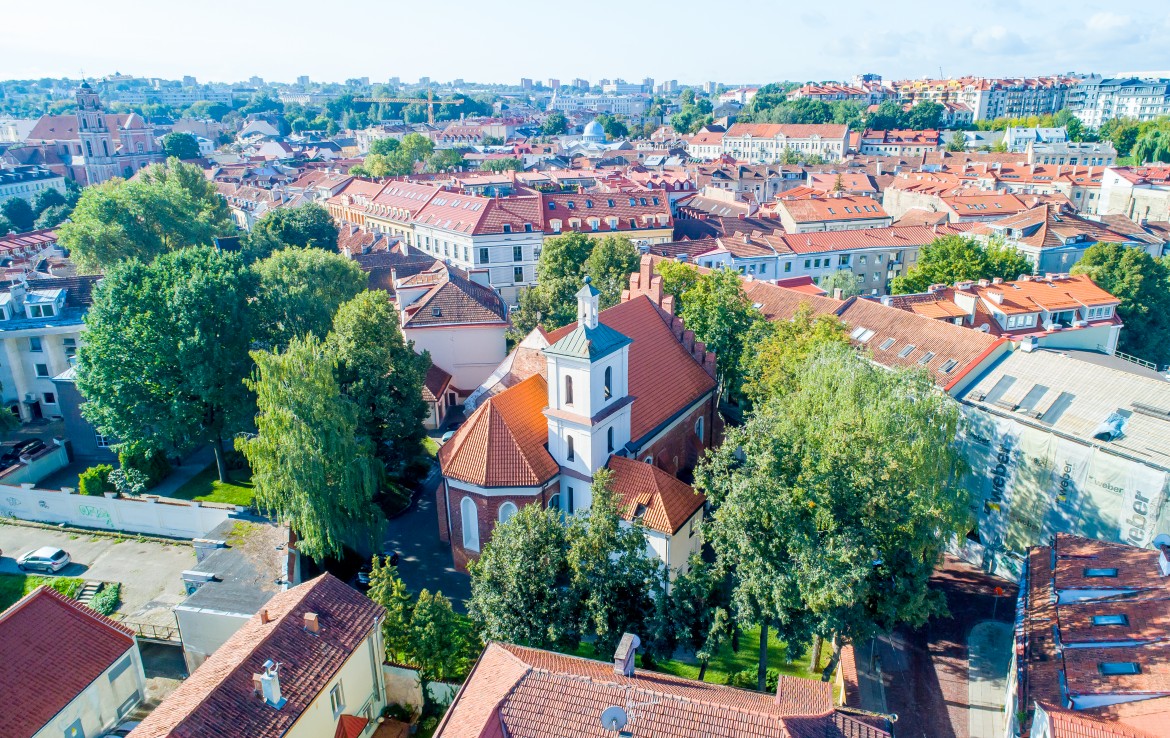 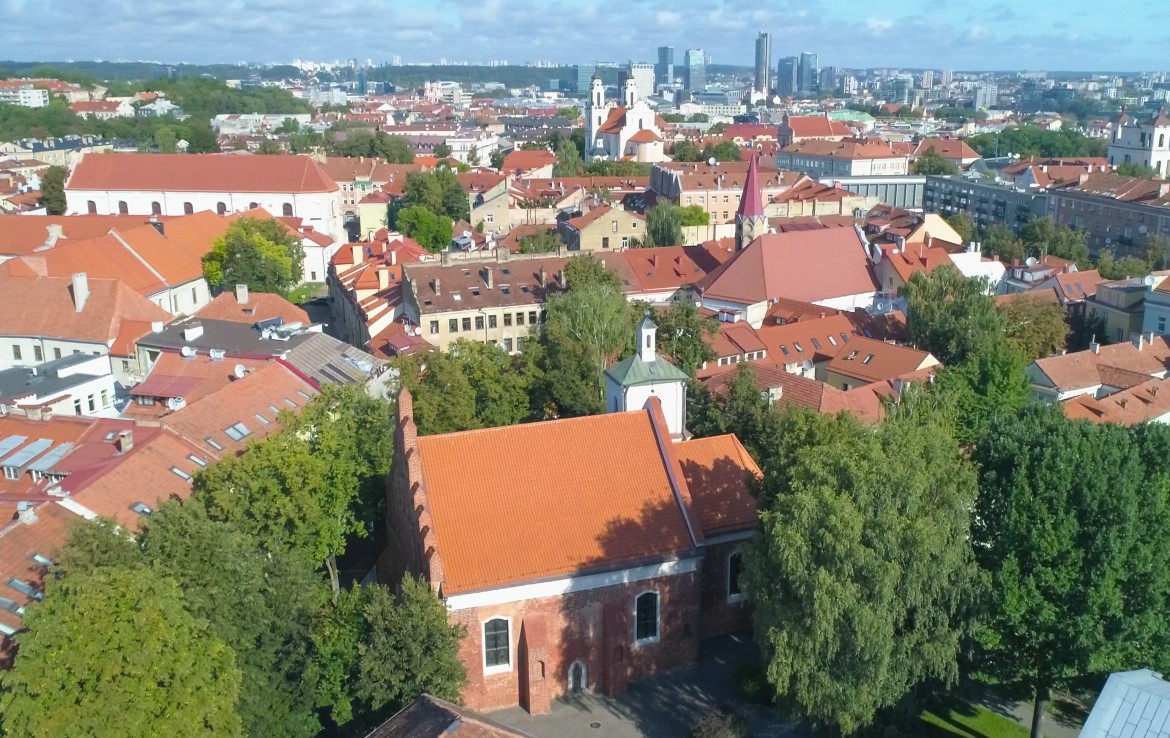 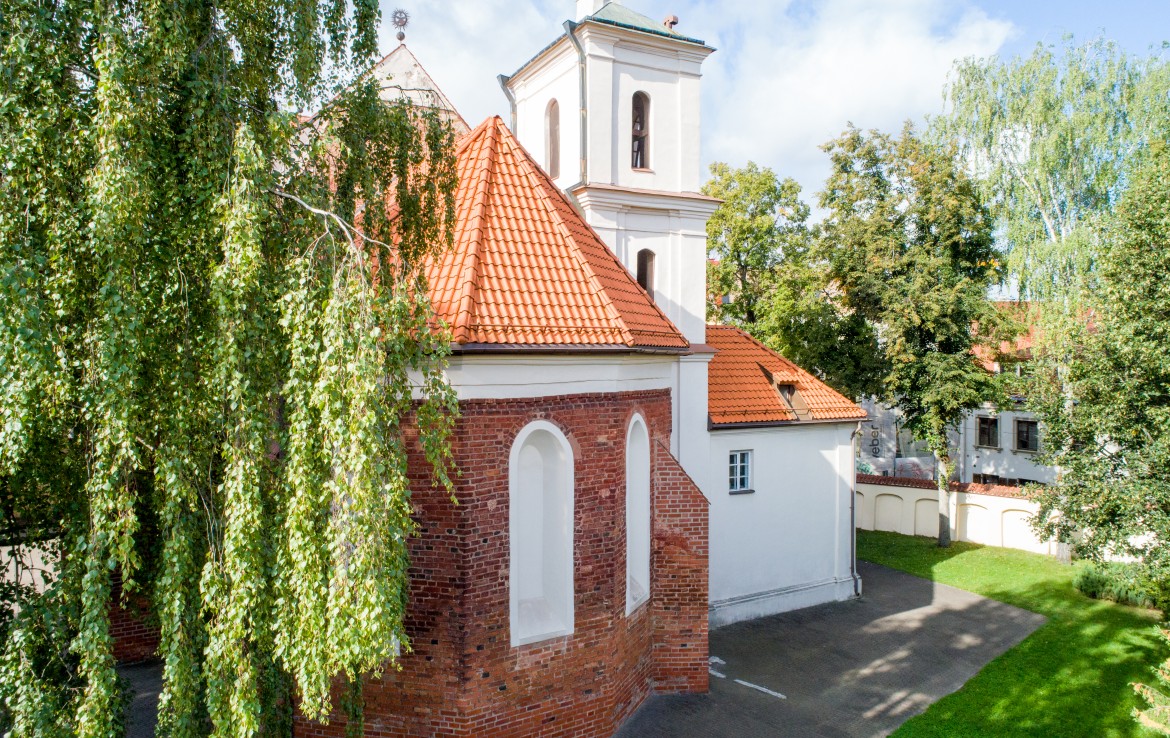 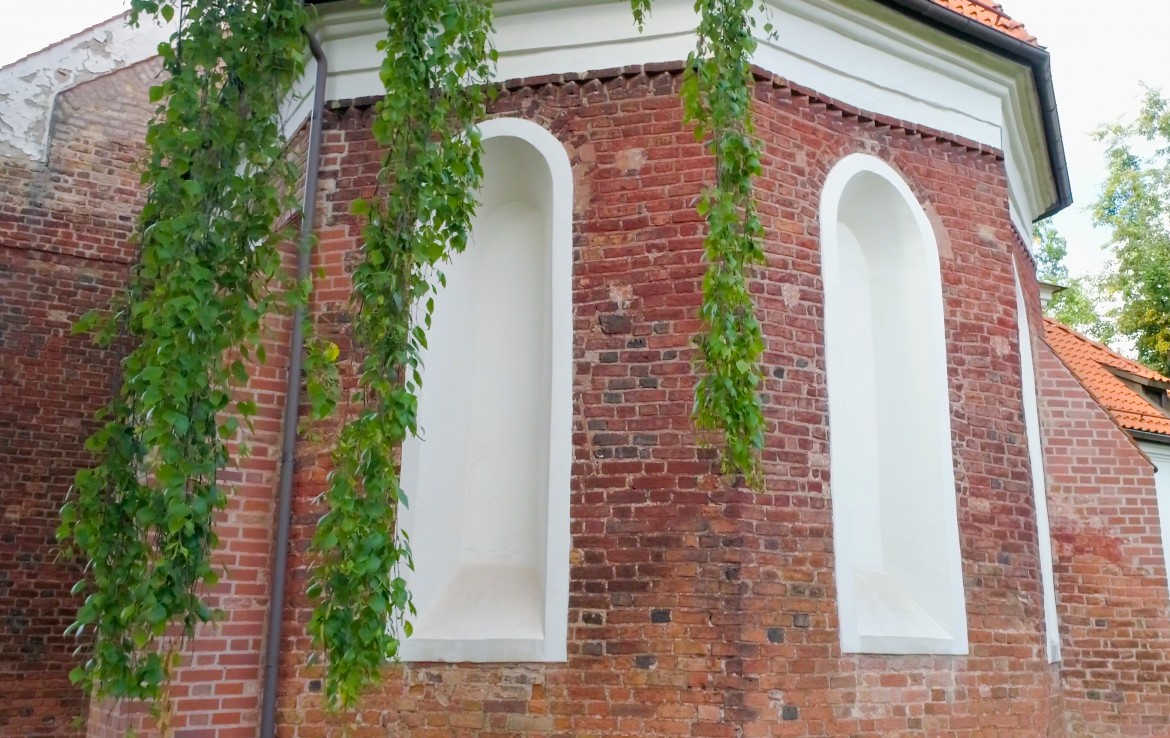 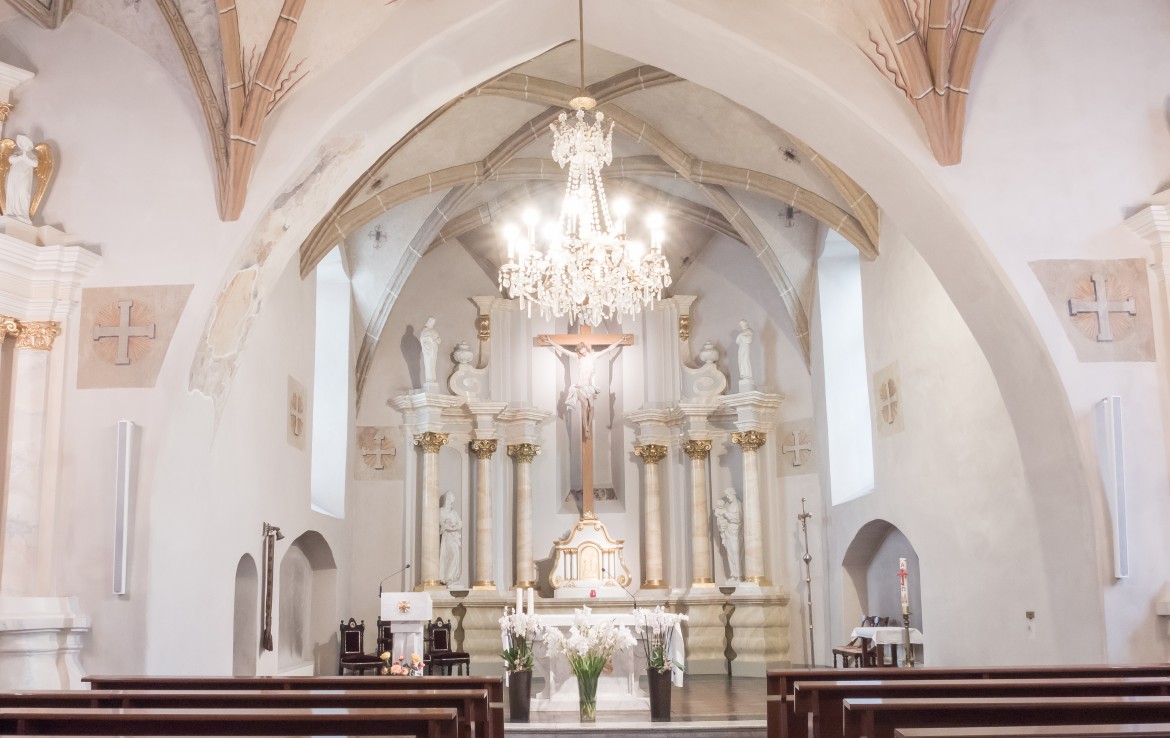 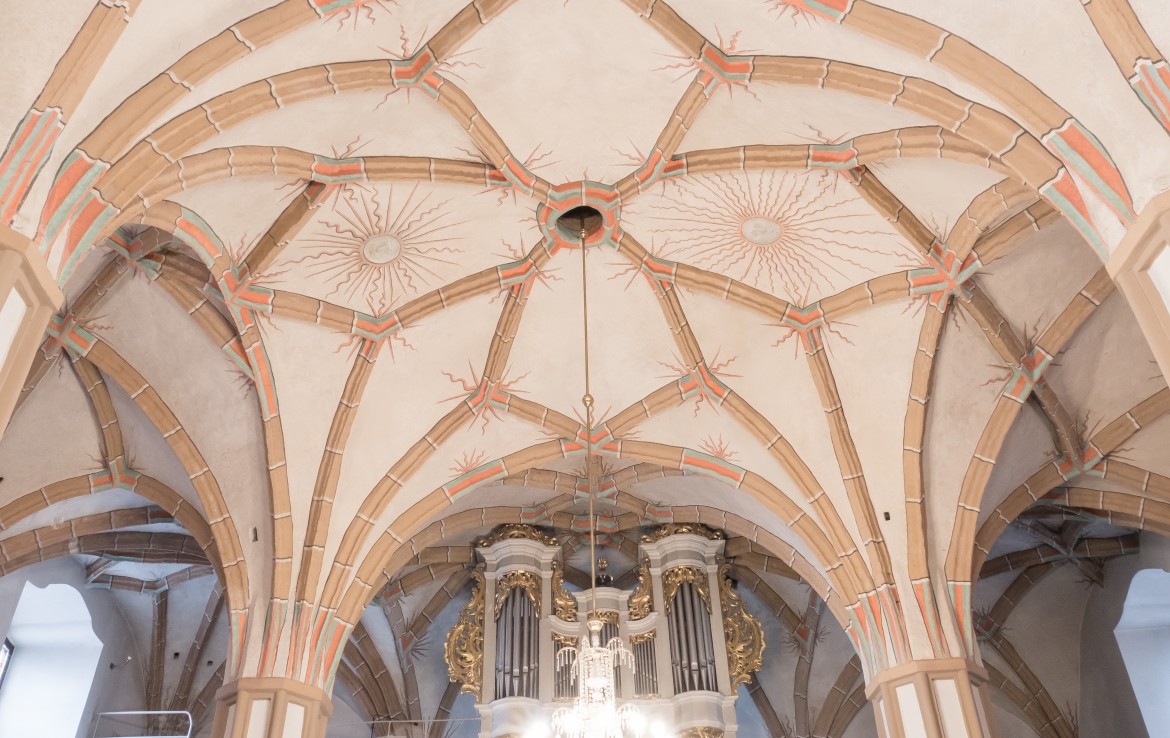