Today it may be strange to think that in olden times, Merkinė used to be one of the most important towns of the Grand Duchy of Lithuania – the idea is based on the fact that in the 17th-18th centuries this town boasted even four churches at the same time. Only the oldest of them survived into our days, the parish one. The first church was built here, apparently, even in Vytautas’ times, in the second half of the 14th century. There is disagreement over the exact date of its completion – according to some historians, this church perhaps is one of the oldest houses of prayer in this country. The building of the Gothic style for the first time was mentioned in the sources in 1442, and since then it has been reconstructed many times. Quite big changes happened in the mid-17th century, when during reconstruction, walls were changed and a pediment of Baroque forms appeared. Another considerable reform took place after the year 1884 – at that time, the exterior of the building changed its appearance once again, a narthex was built.

The archaicness of the church is presented first of all by its volume and side facades, which are recognized in many churches of Gothic period in this country. One can see here the rhythm of pointed-arch windows and three-tier buttresses – true, the facades of red bricks over time were “dressed” with plaster layers. Hall type church space is extended by the presbytery, which is of the same height as the middle nave. At the rear, it ends with the three-walled apse, while a small single-storey sacristy adjoins the north wall of the presbytery. The essence of the Gothic composition remained in the front facade as well, still it is covered by the narthex in the style of Historicism, added in the 19th century. The pediment – occurred around 1650 – a three-tier Baroque composition with the accentuated small pilasters and side volutes.

Inside, one can see three naves. As is characteristic of sacred buildings of Gothic period, the naves are separated by eight-walled pillars, while the space is covered with the cross vaults. In the front part of the church, the presbytery is separated from each nave by three pointed arches of triumph: according to architecture historians, investigating this period, both this solution and huge width of the presbytery itself in our country’s context are unique. In the space of the church, one sees five wooden Baroque form altars, which date back from the 17th to the 19th century. Having taken a look at the 19th century organ, one can see that its execution has stylized Neo-Gothic forms. A modest gate with a belfry tower, which appeared in1843, – a moderate addition to the ensemble, the laconic architecture forms of which do not outshine prevailing Gothic and Baroque features of the church. 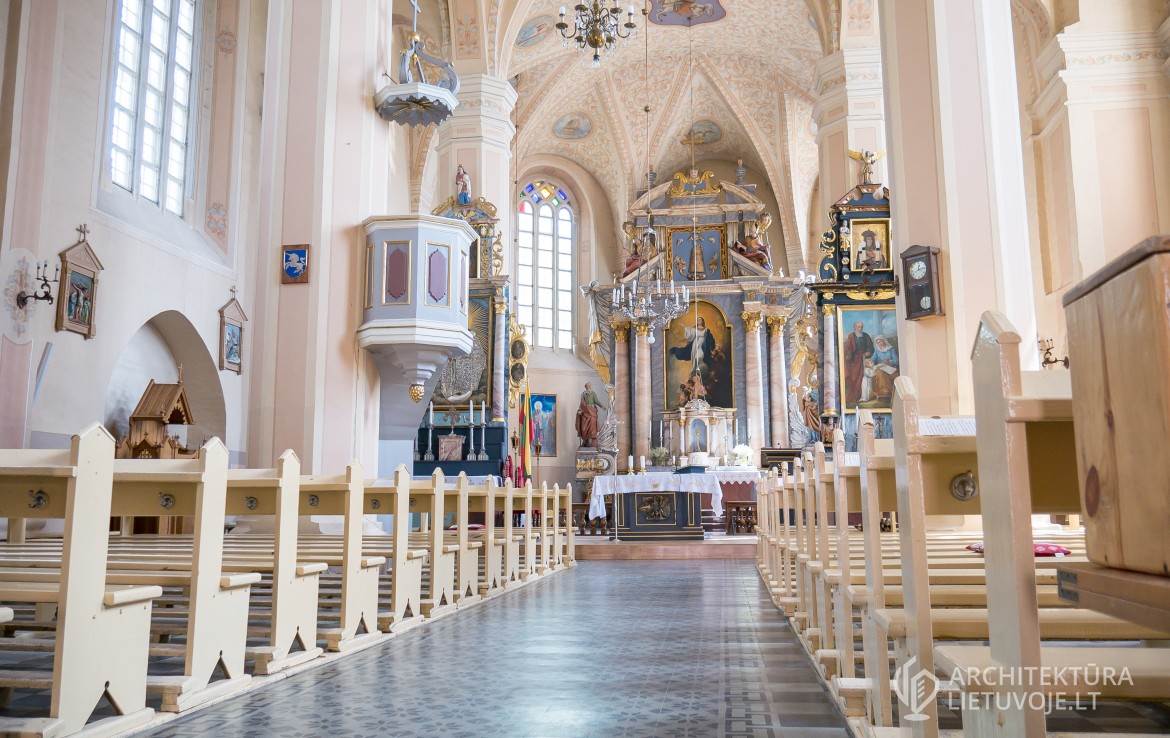 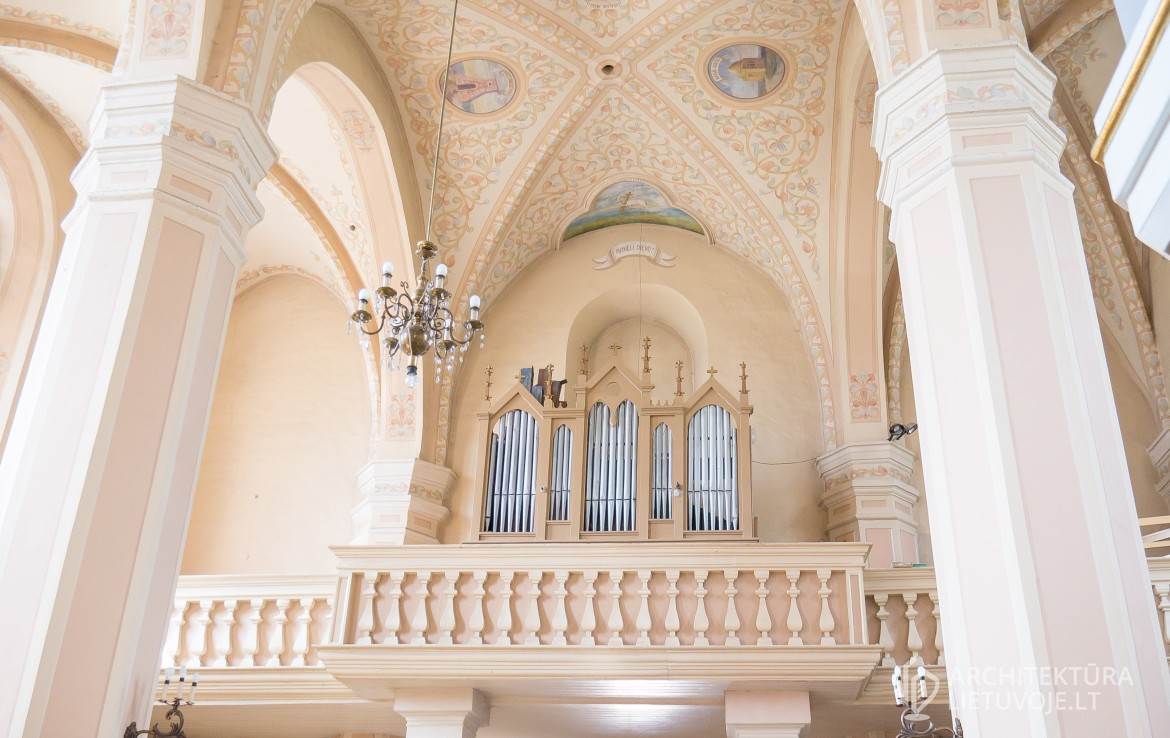 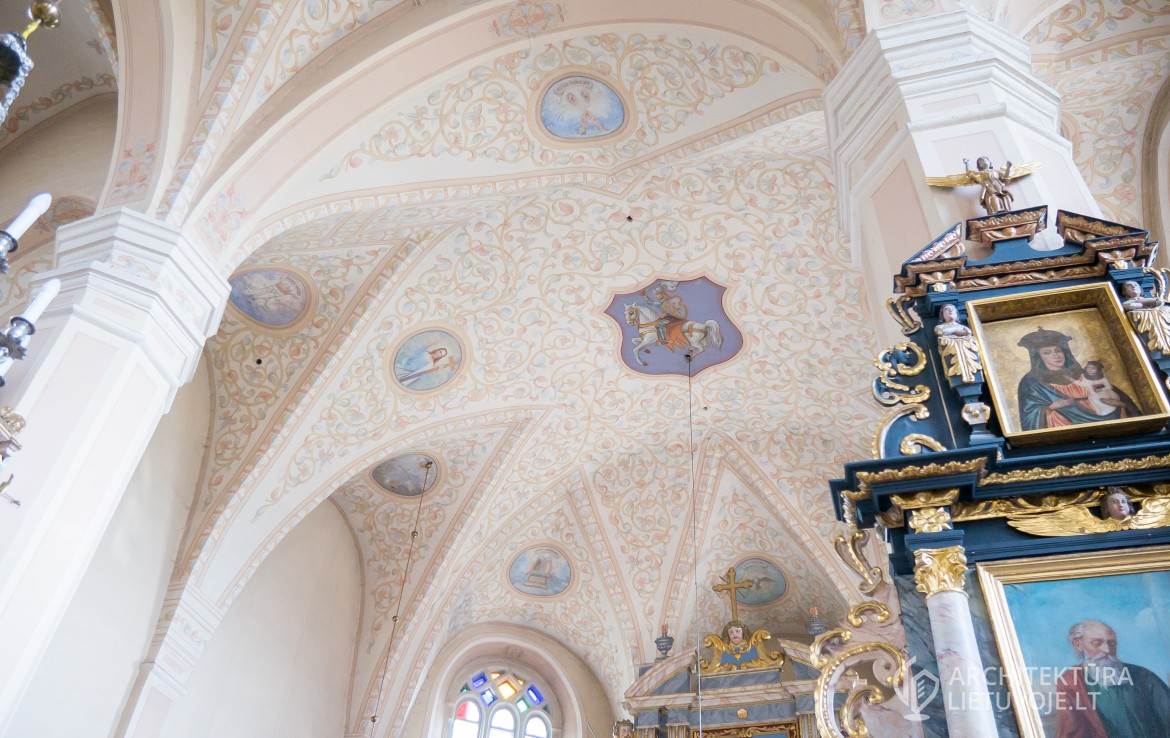 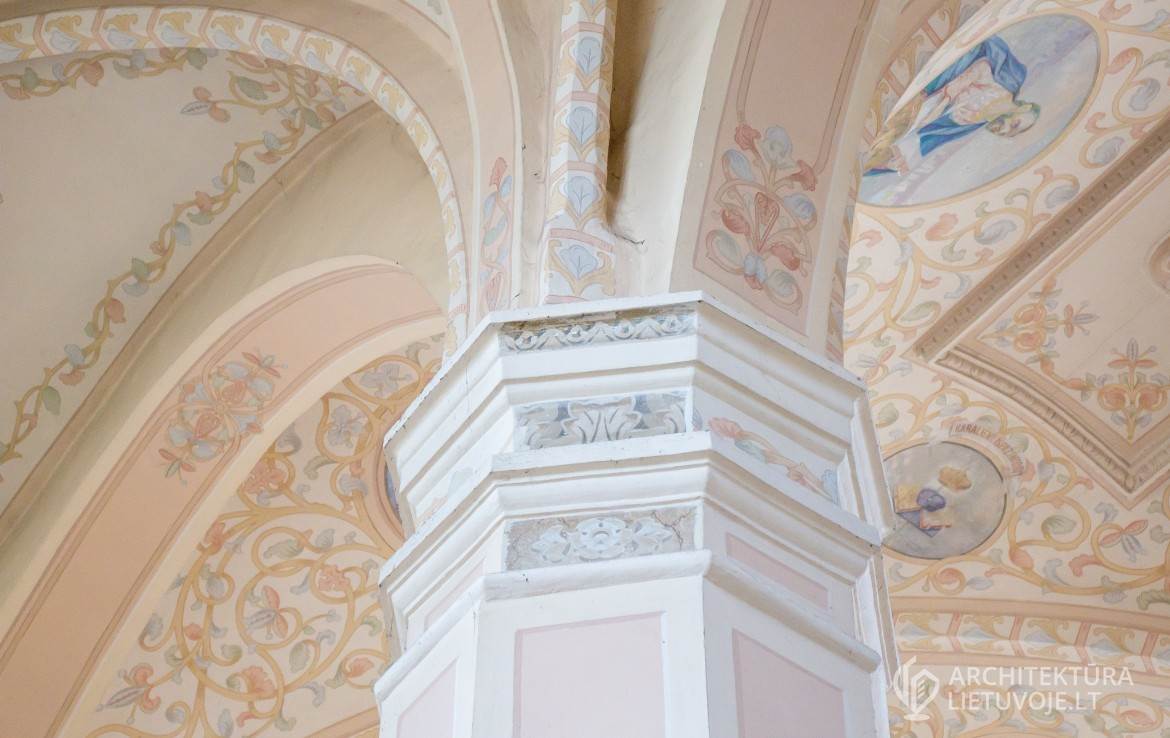 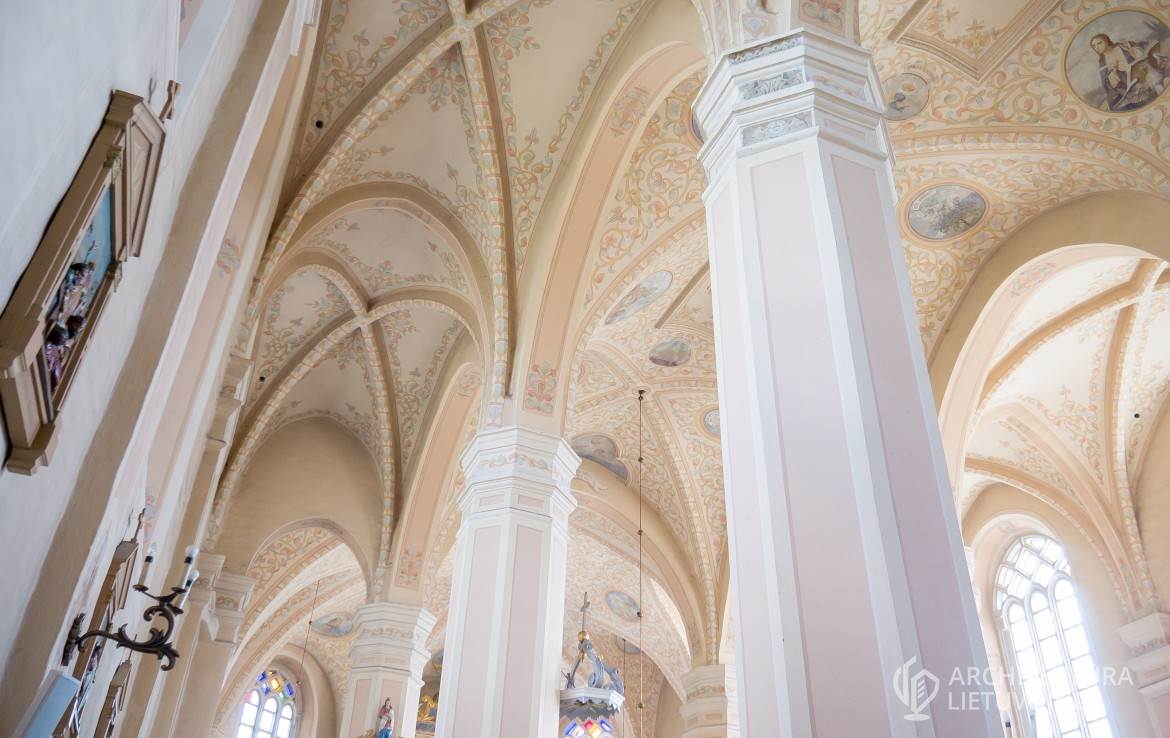 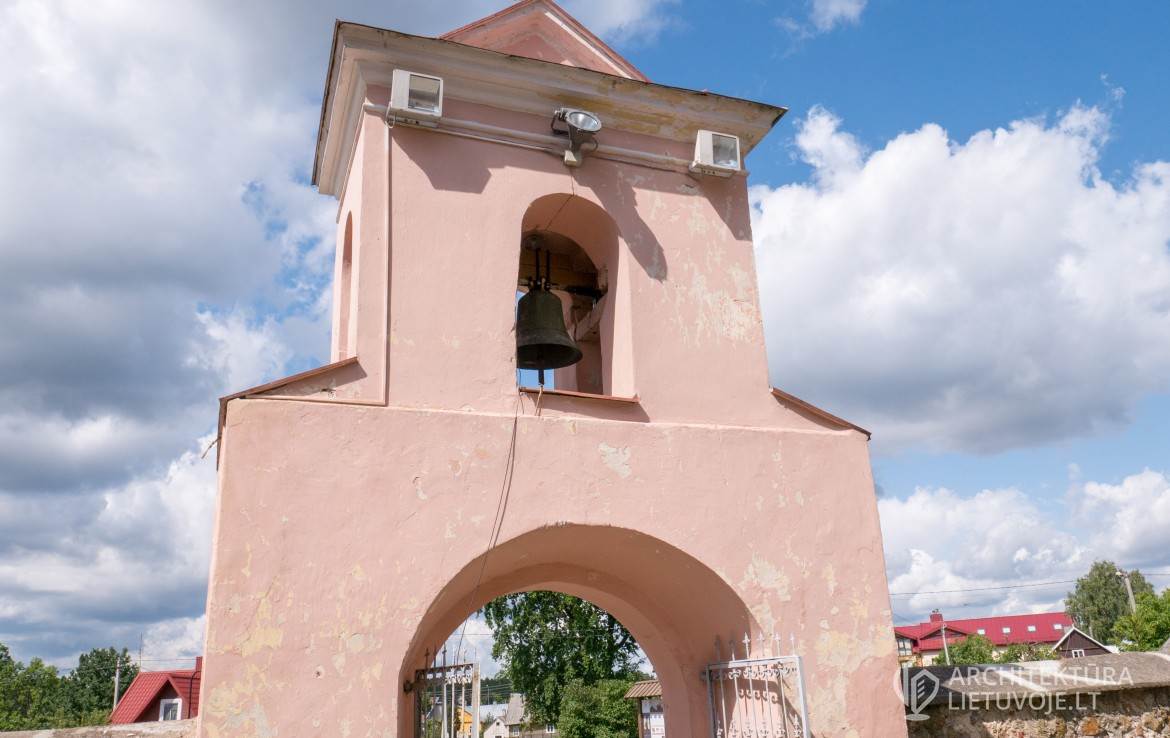 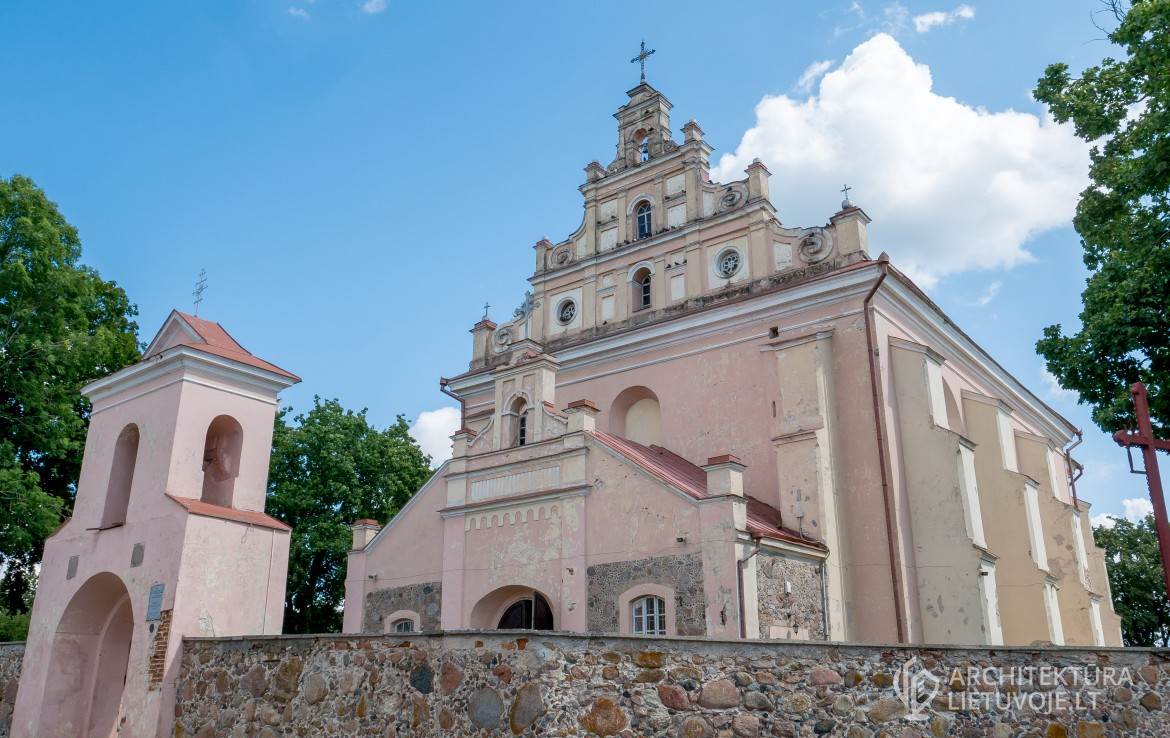 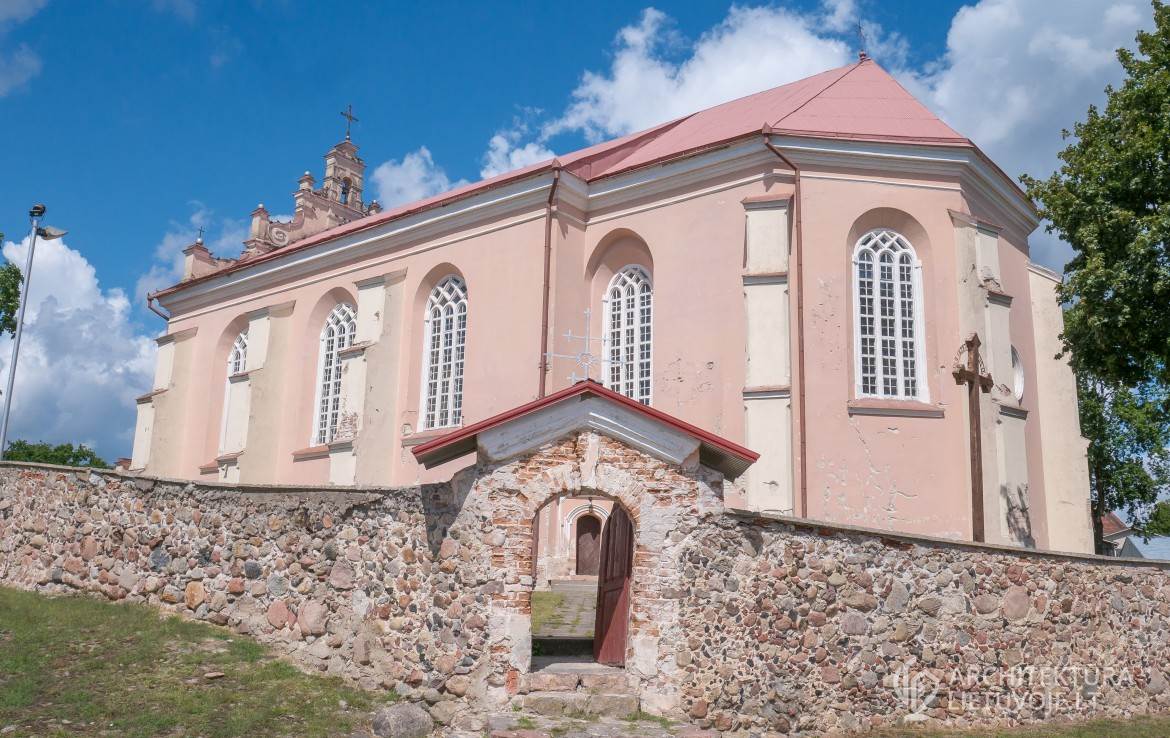 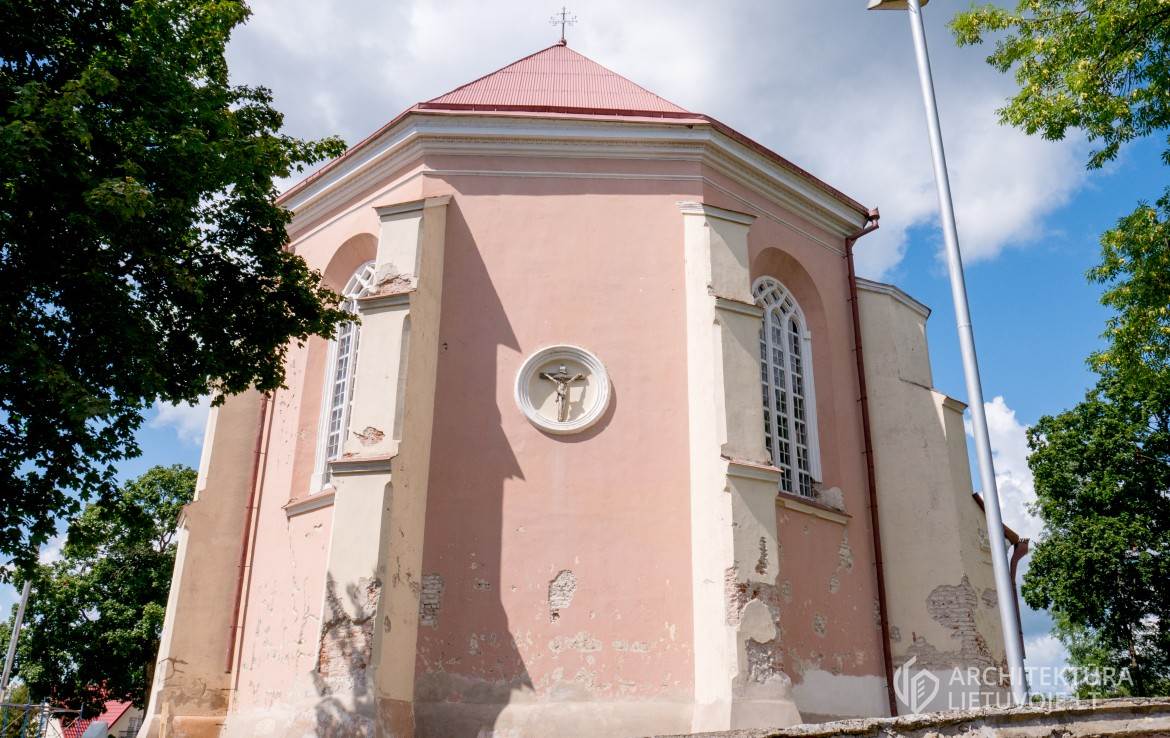 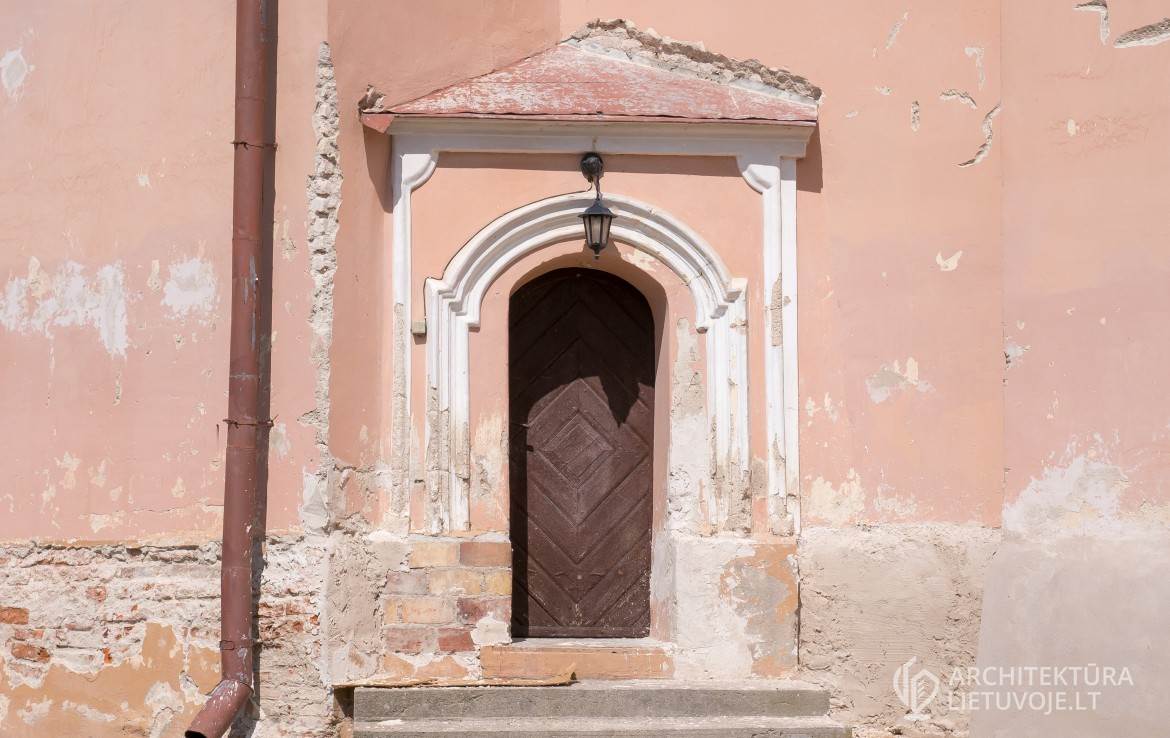 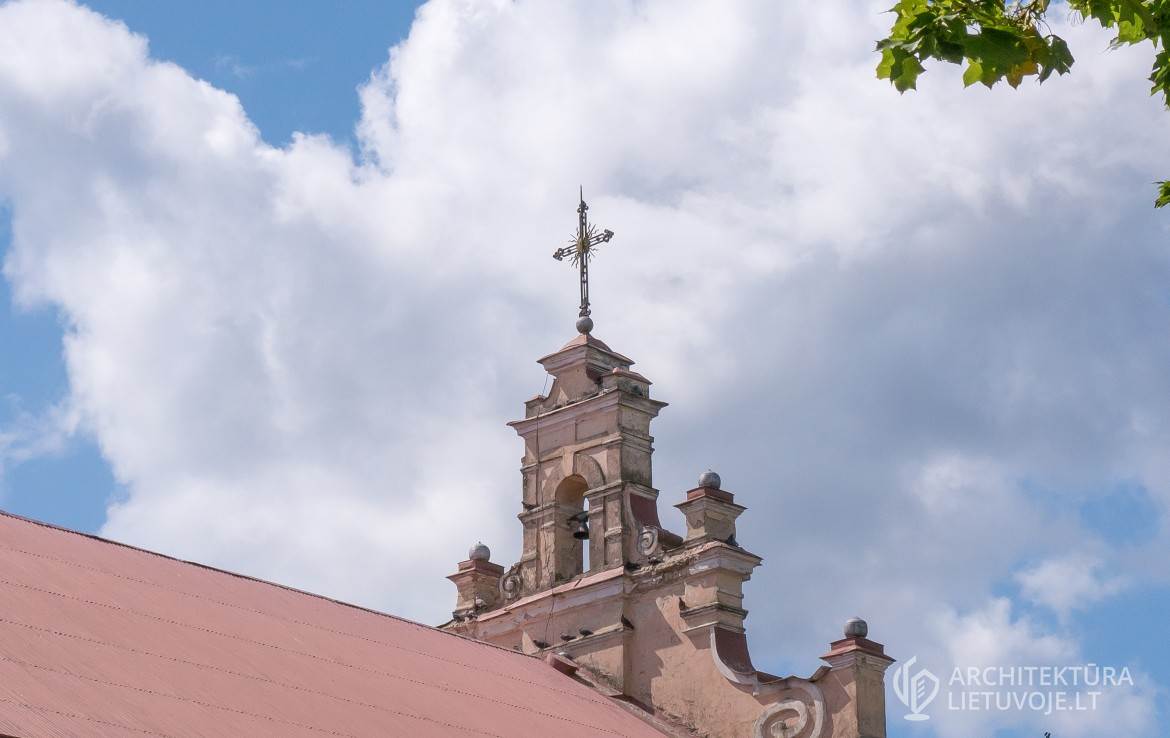 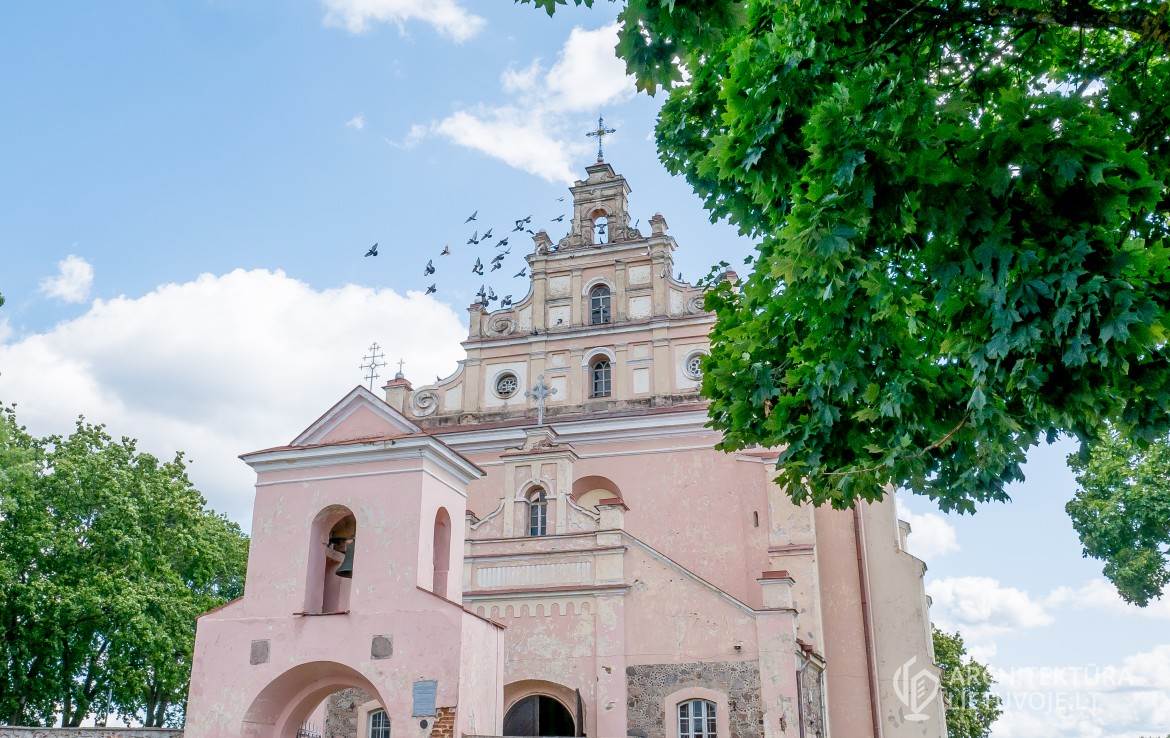 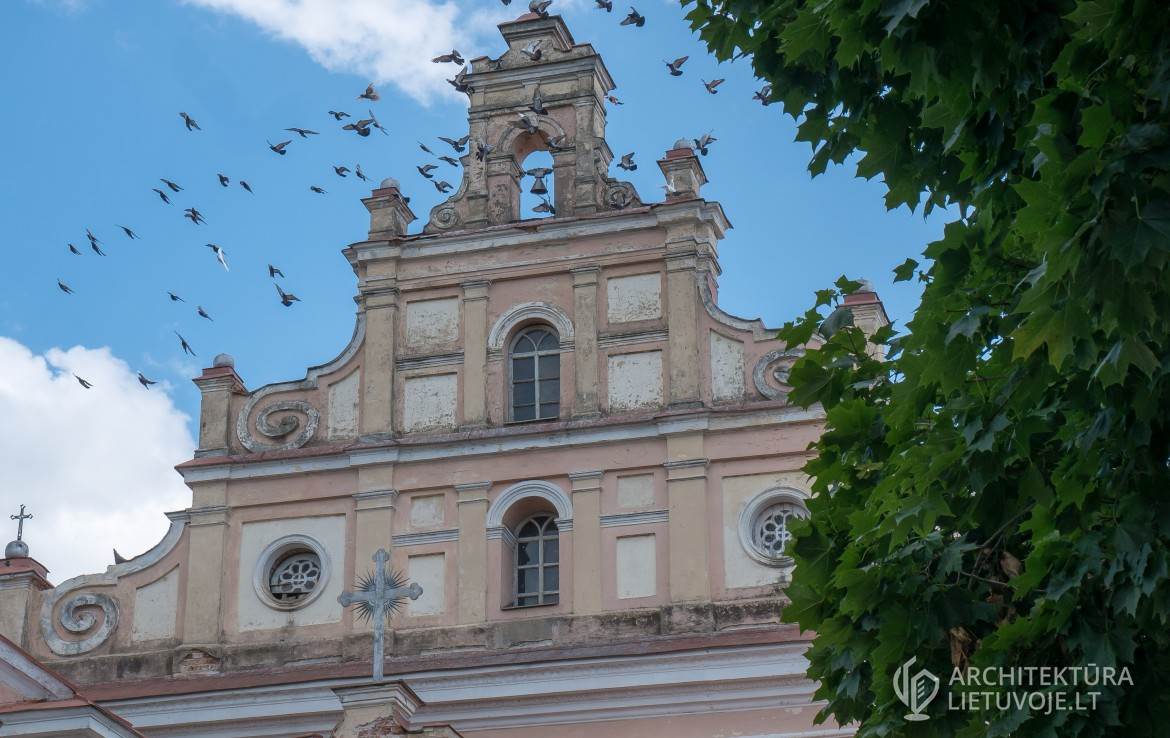 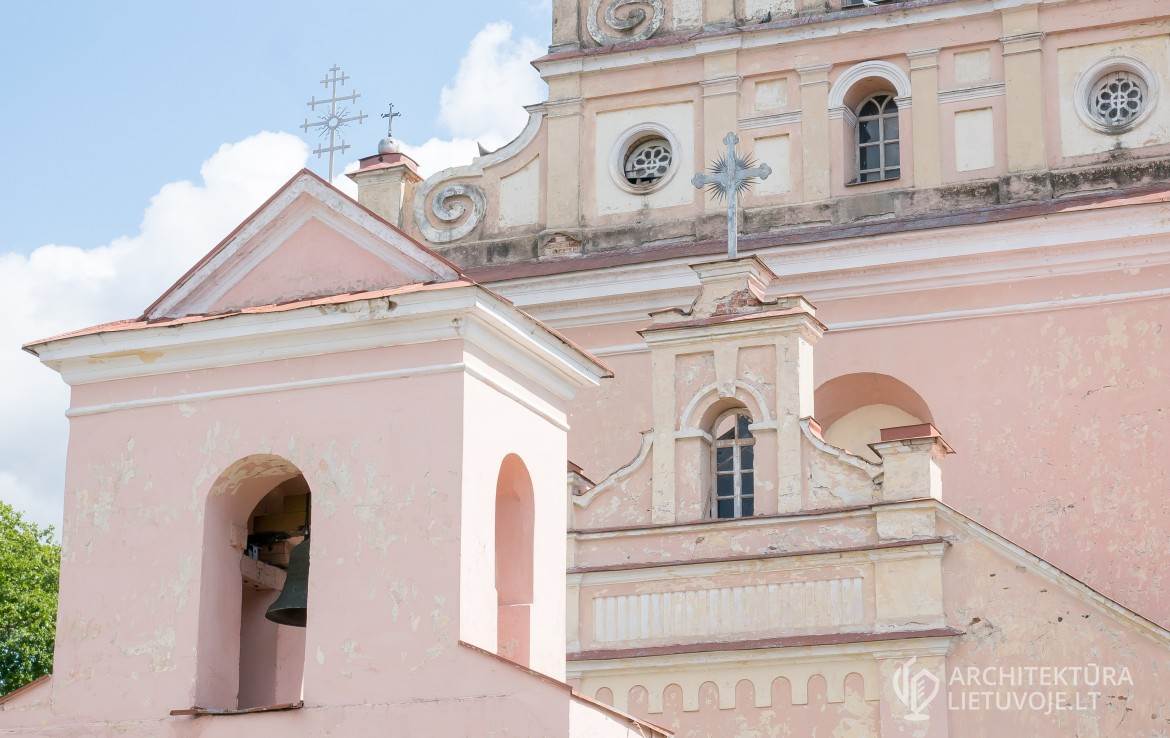 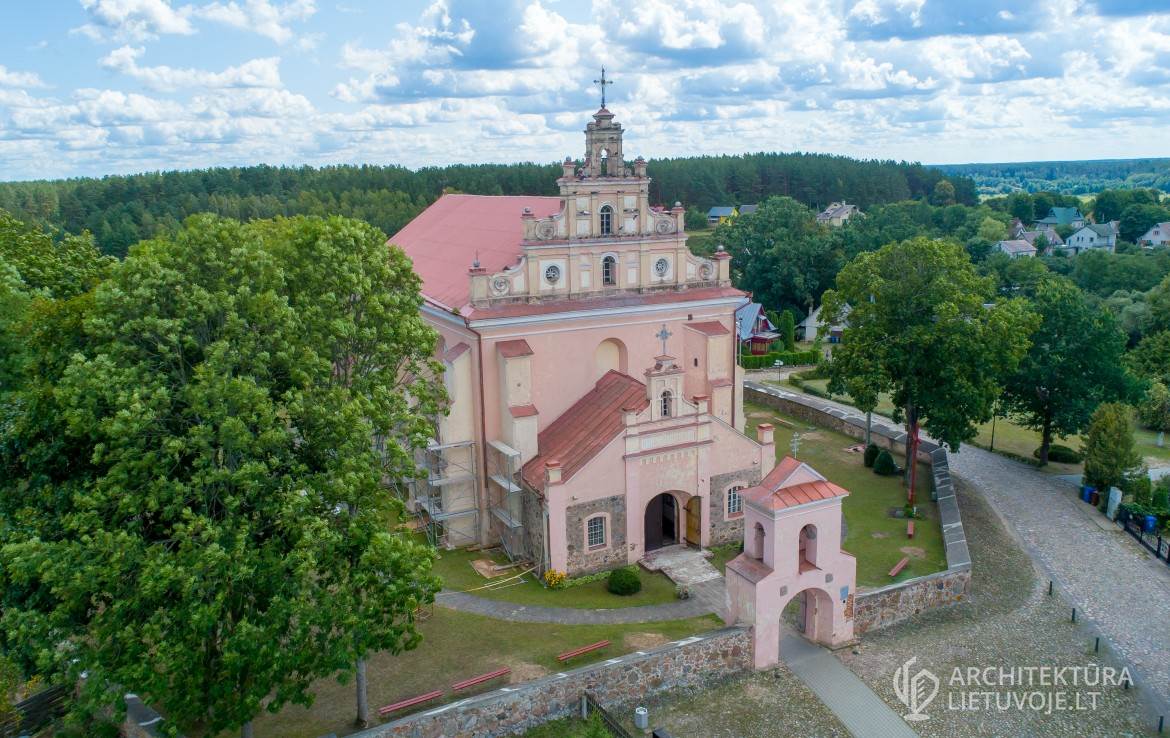 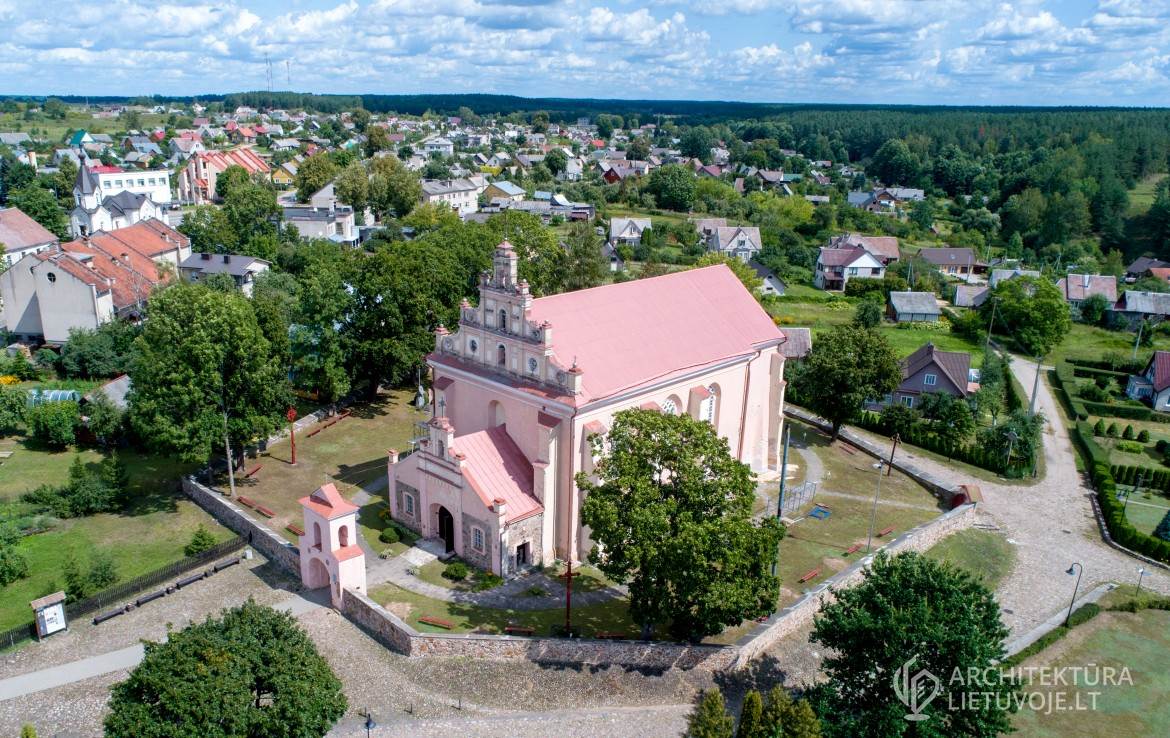