In the place where Kaunas began – at the confluence of the rivers Nemunas and Neris – stands one of the most valuable architectural gems of Kaunas. The ensemble of the St. George the Martyr Church and the Bernardine Monastery is one of the few surviving and little changed Gothic complexes in Lithuania. After the Duke Kazimieras Jogailaitis invited the Bernardine monks to Kaunas, several years later, in 1471, the construction of a large new church and monastery began. It is believed that the constructions have been completed in 1500s. Just as many other remaining oldest buildings of the city, the sanctum as well as the monastery experienced a great deal of misfortunes. However, today we can still say that the exterior of the buildings remained a perfect example of the Gothic period. The original roof of the church and the interior were destroyed during the fire in the 17th century, and thus have not remained, and a high two-section roof of the monastery, typical of the Gothic period, has been sacrificed in 1925 for the sake of the third floor, which falls out of the context not only in its neo-Baroque forms, but it also obscures the patio.

Since the church was built with its plan in line with the canons of Catholic sanctuary construction, its front façade was facing only those traveling by Nemunas; however, it was “looking” at the core of the city with its back. Perhaps we see a somewhat unusual solution to compensate for this. If a relatively static composition, typical of the Gothic sanctums of that time, is reflected in the main hall volume of the church – the lateral façades are divided by the rhythm of the pointed-arched windows and buttresses – then the middle part of the buttresses in the lively architecture of the presbytery is pulled and gains a complex polygonal form, and the windows are not only recessed into the additional arch niches supported by the latter, but are also connected at the top by the plastered strip replicating the curve of their arches. Such contrast between the volumes of the church does not only give it additional uniqueness, but it also demonstrates the variety of the brick Gothic. The solution of the main front volume is close to the lateral ones; it’s true, in the middle the window is replaced by a plastered niche, under which we can still see a portal of a former main entrance which has been long bricked up. The old iconography suggests that both triangular pediments of the church used to be stepped. Not much has remained inside from the first period of the church – most of it is various wall niches. More and more old wall paintings are being discovered under the older layers – for example, the monograms of Jesus and Mary of the end of the 16th century were discovered in the old sacristy.

The monastery, as it’s typical of the Gothic period, retains the “U” shape plan, and is attached to the church, thus forming the patio. Typical Gothic elements are highlighted in the restored façades of the monastery: small pointed-arched windows, plastered niches of several forms, portals of profiled bricks, plastered strips as well as the strips of tooth-like bricks horizontally dividing the façades. Just as in many other buildings of that period, the masonry of both the monastery as well as the church is diversified by the patterns of burnt bricks. Although there were discussions regarding the dismantling of the untypical third floor of neo-Baroque style, which appeared in the interwar period, it was finally decided to maintain it. 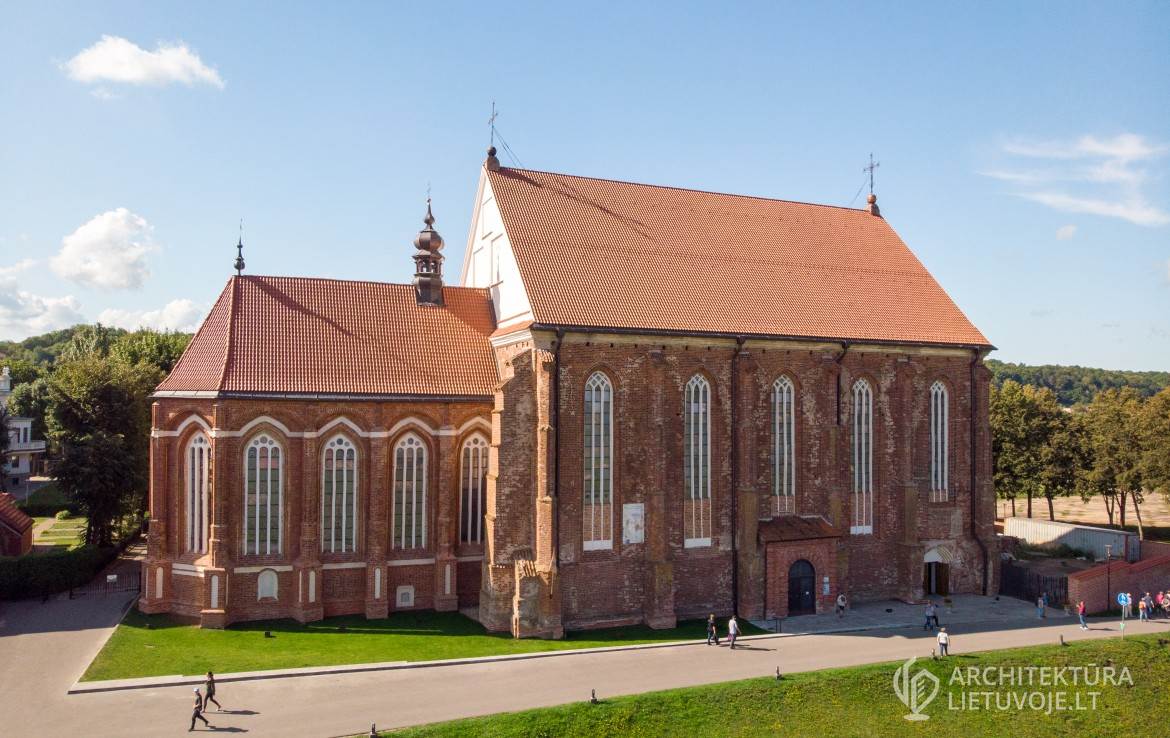 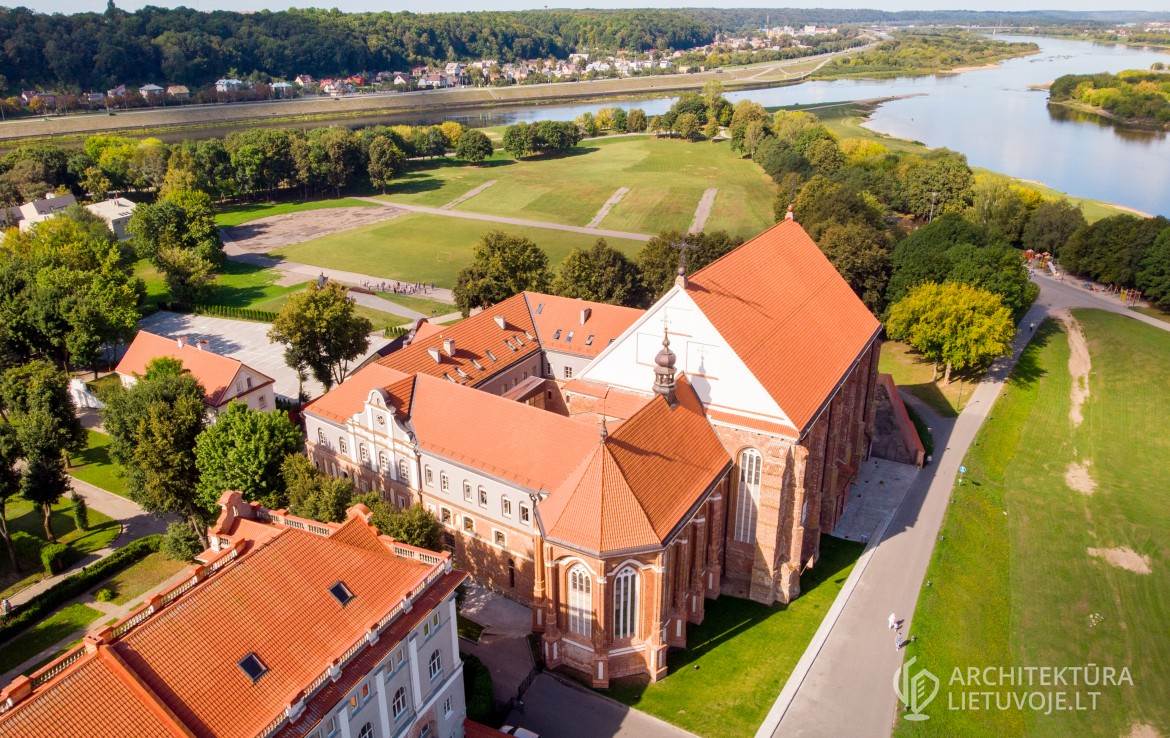 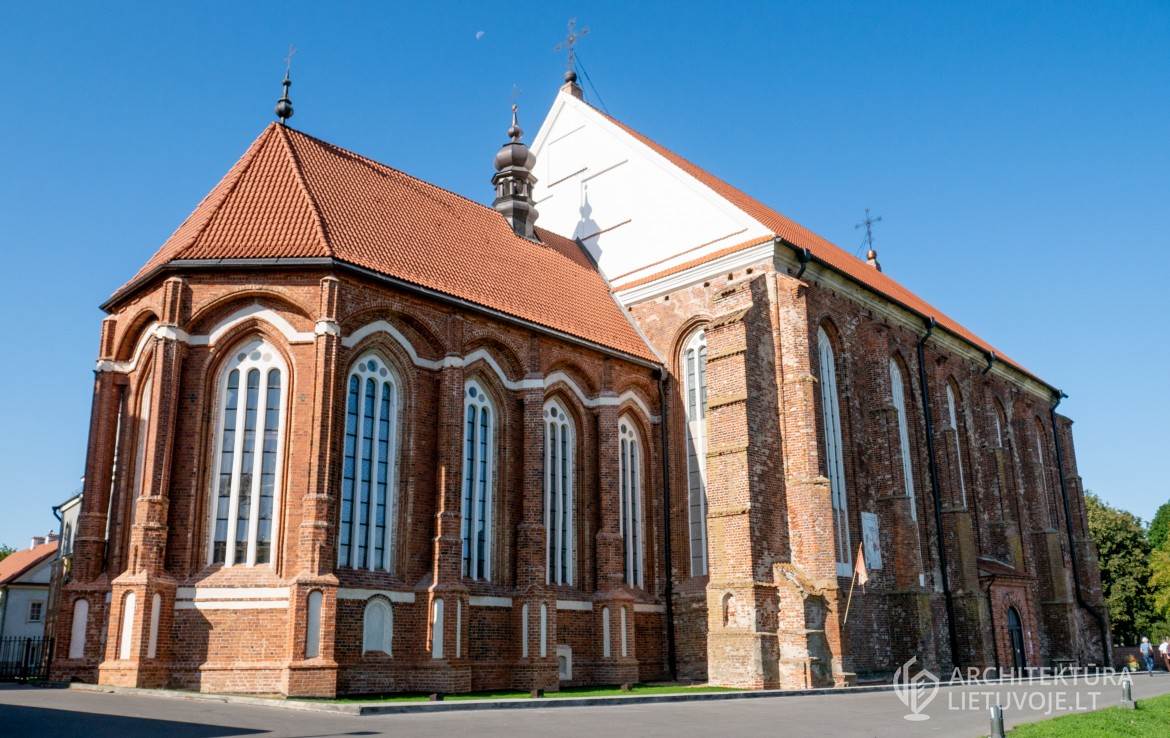 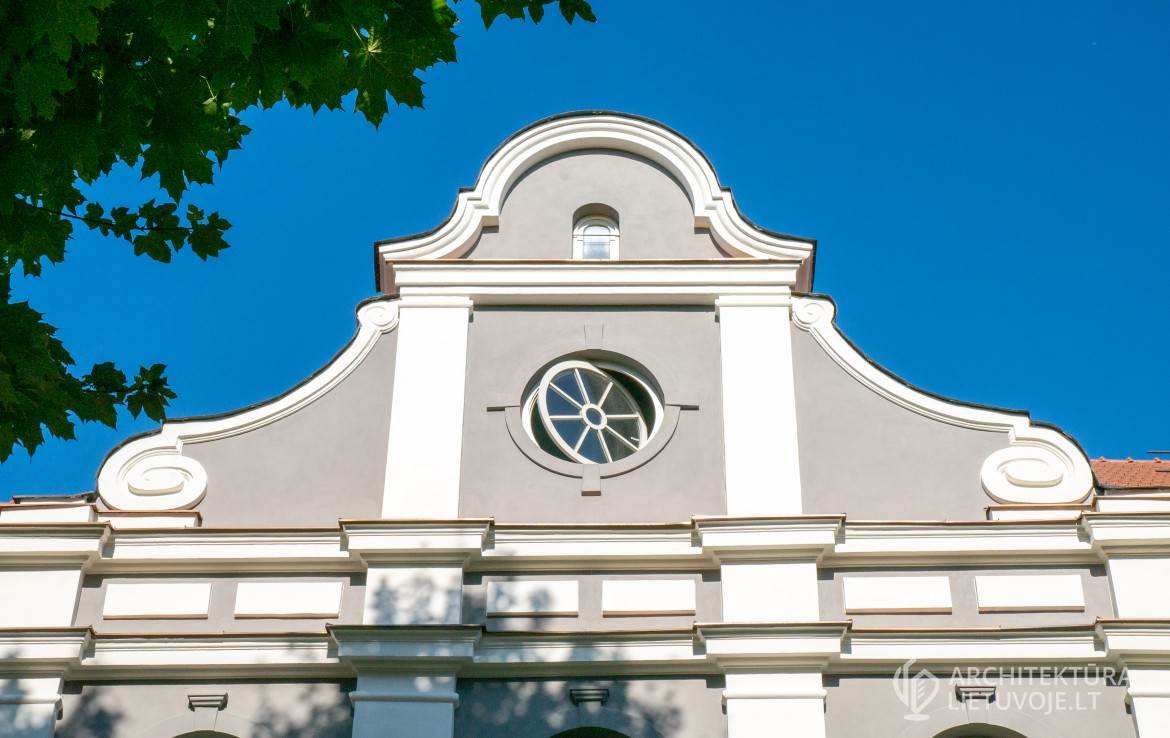 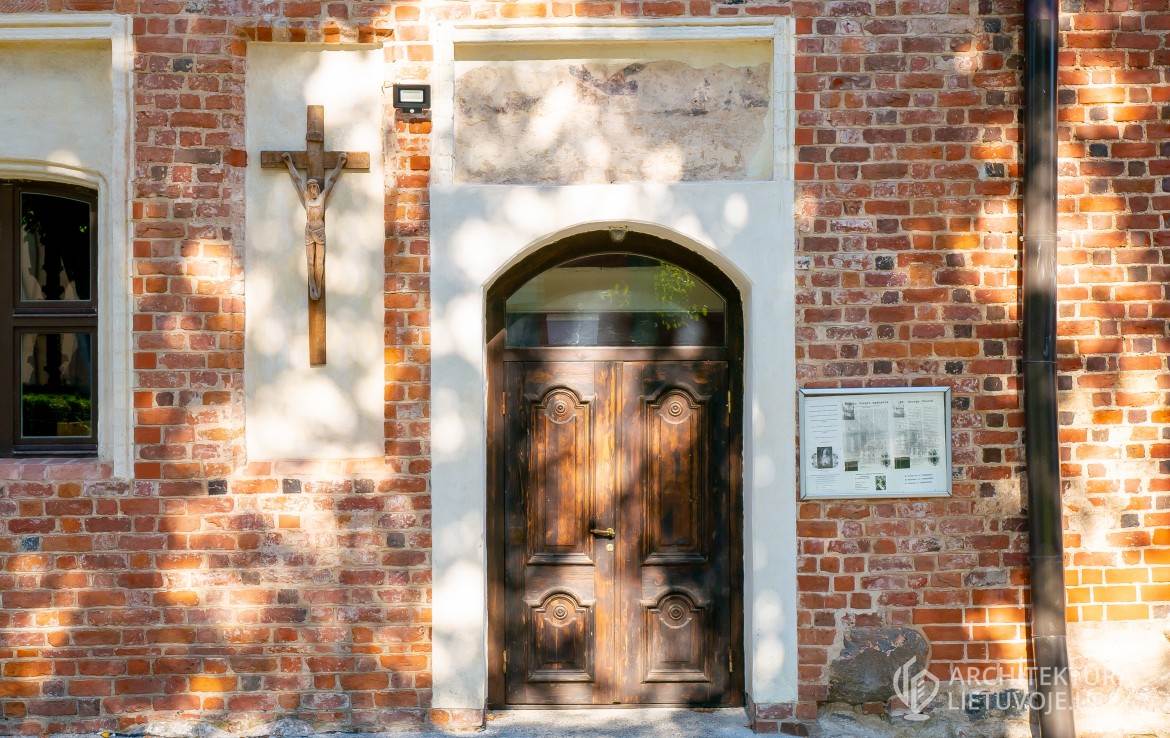 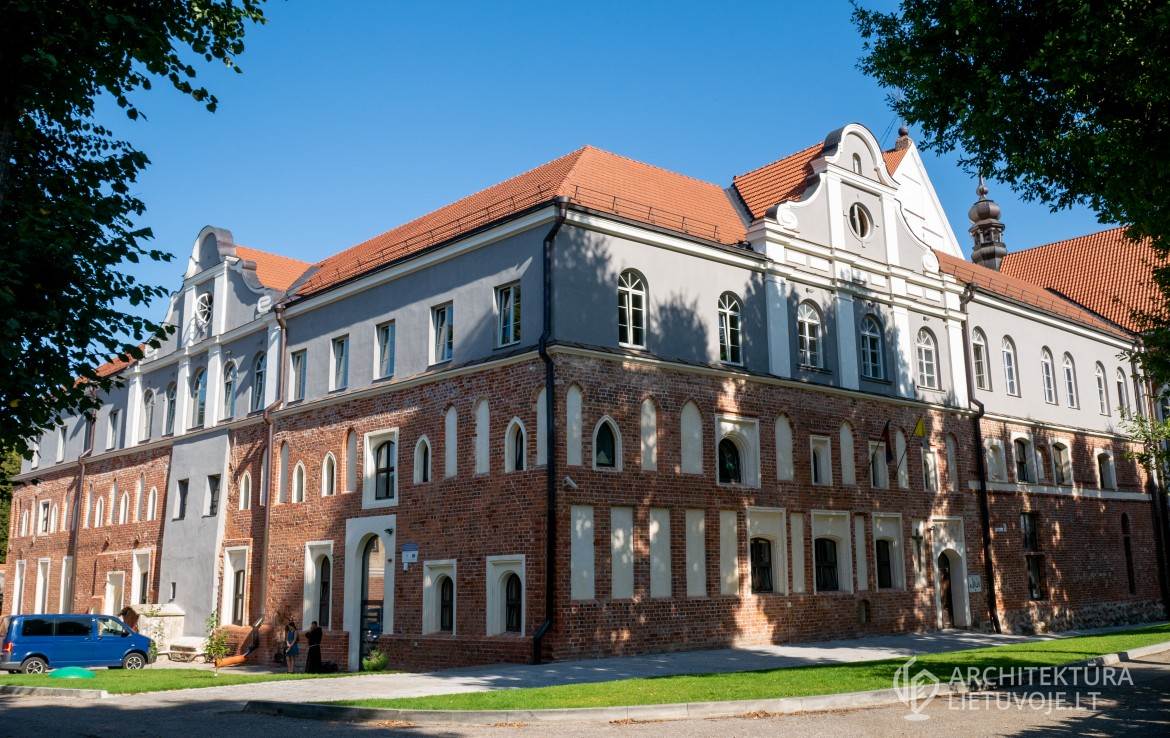 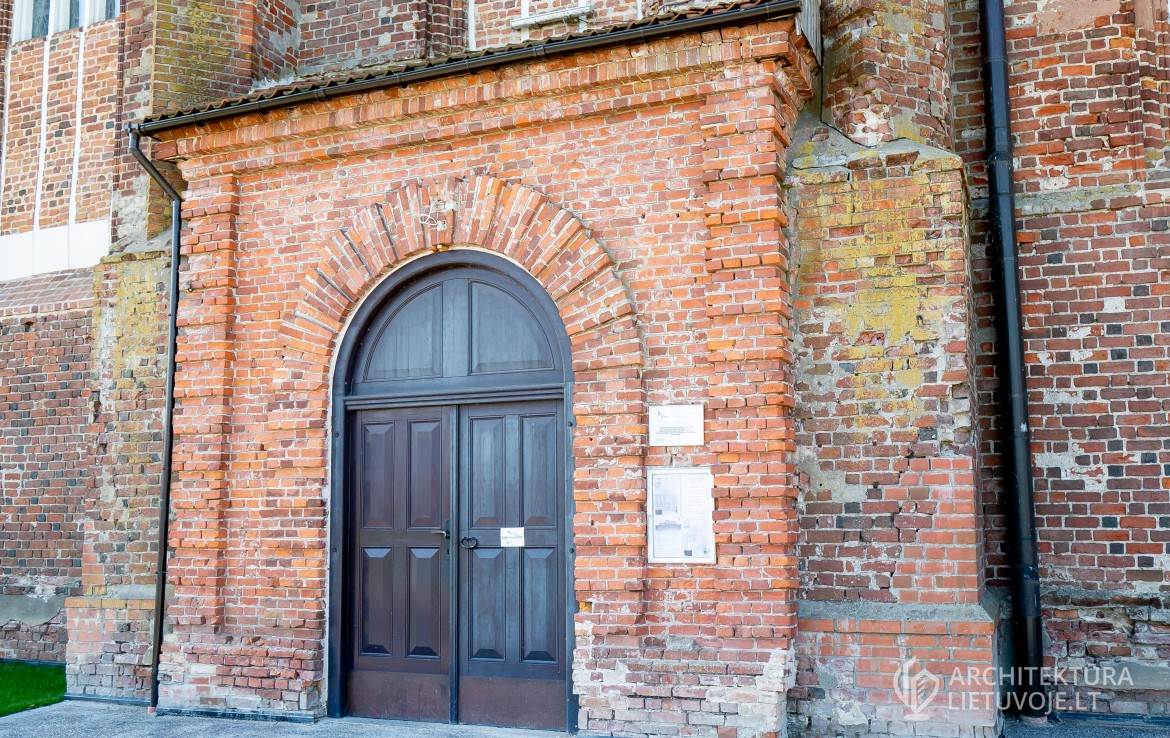 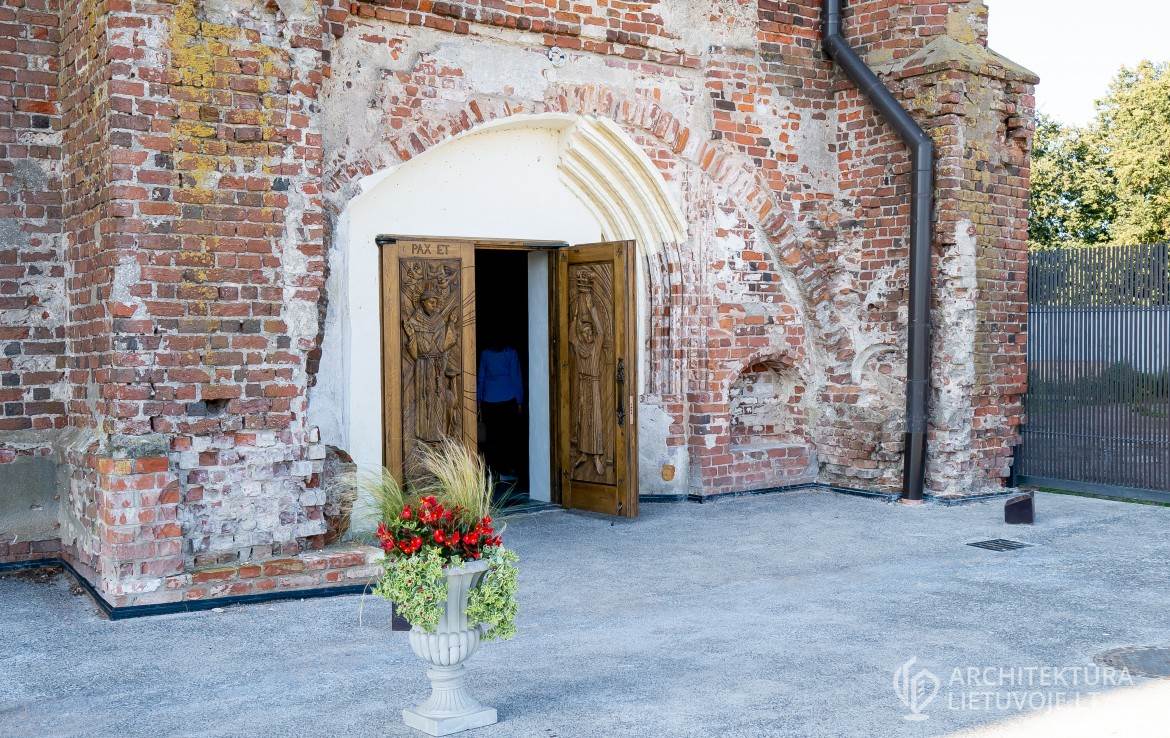 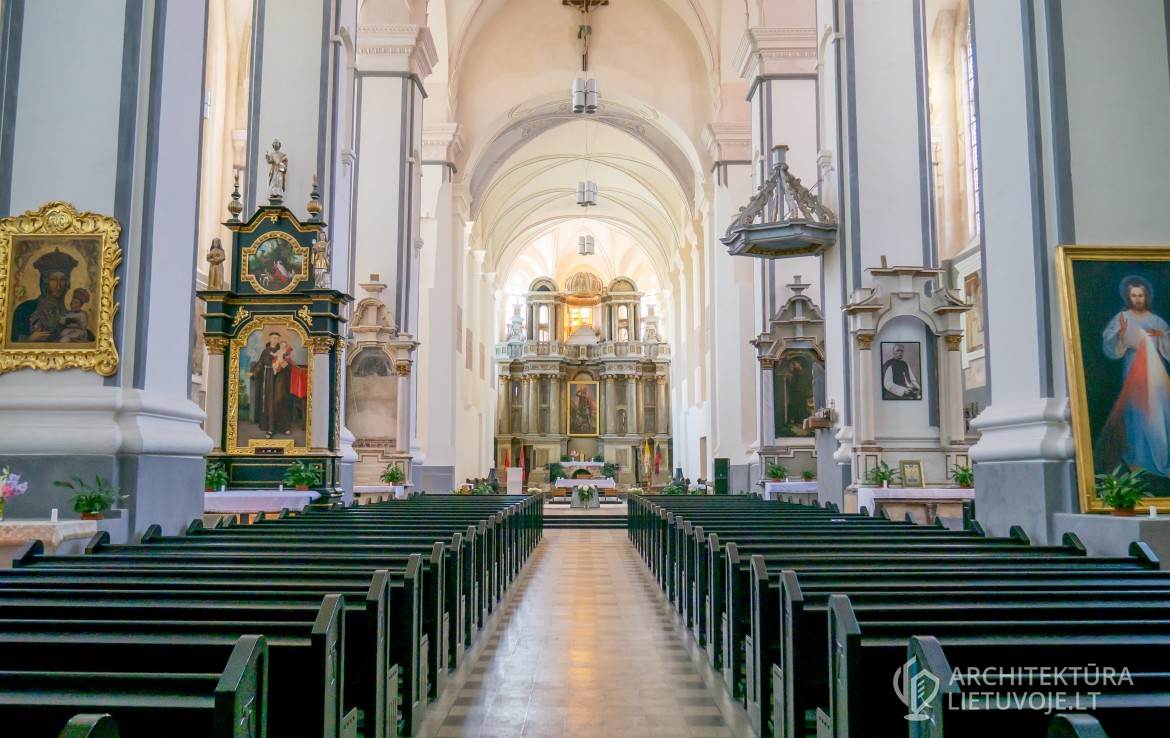 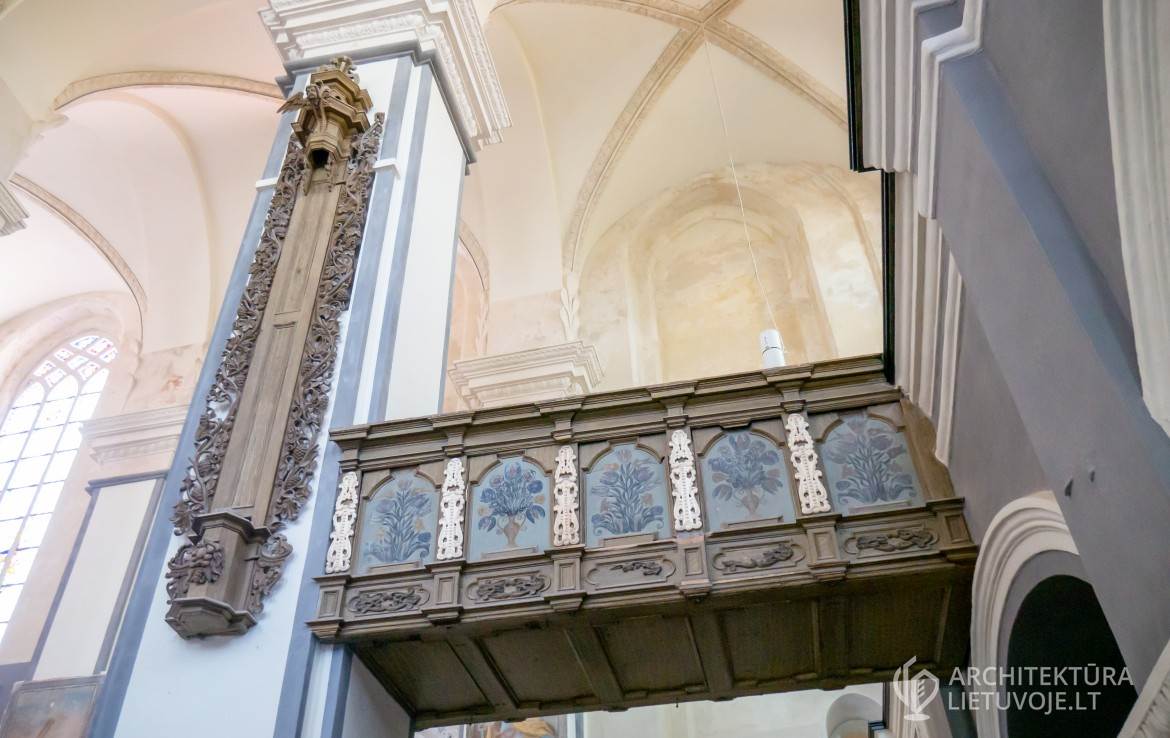 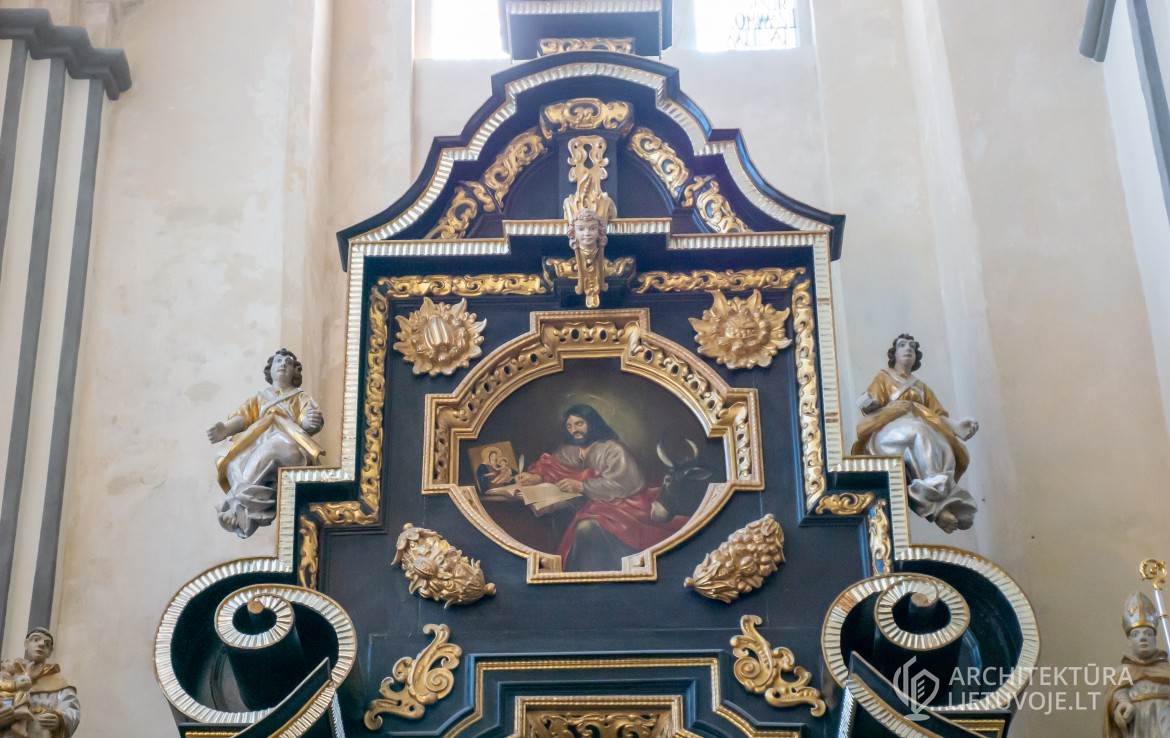 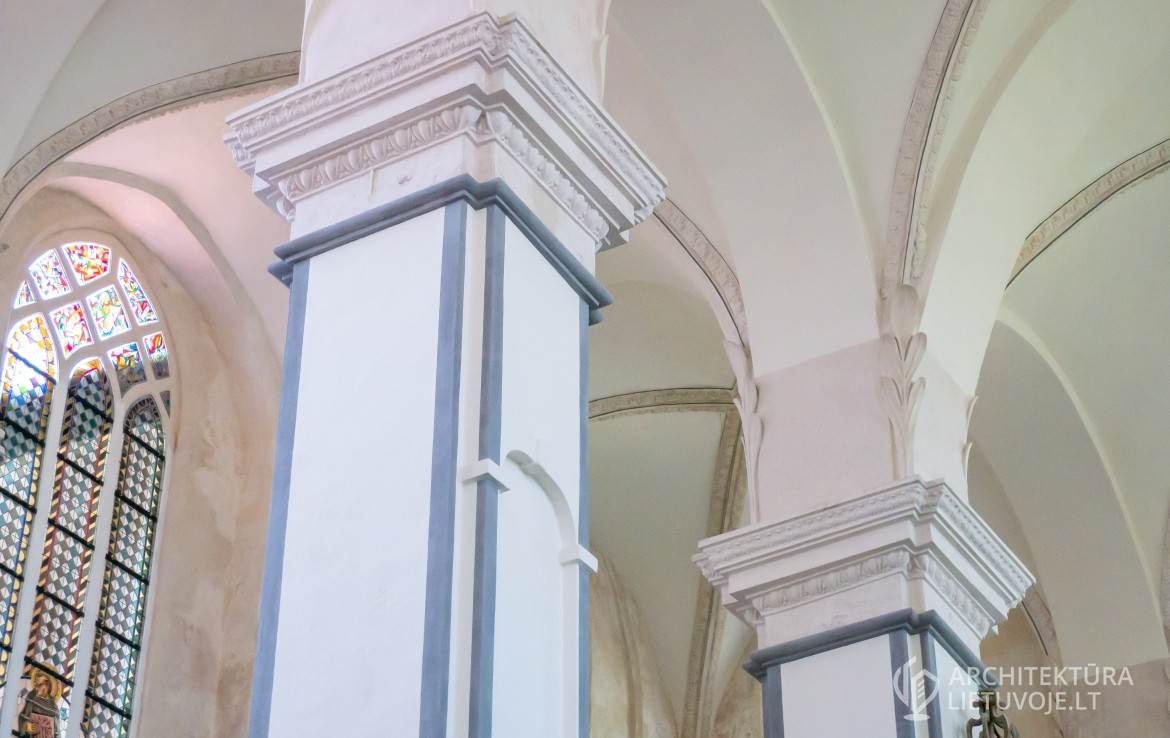 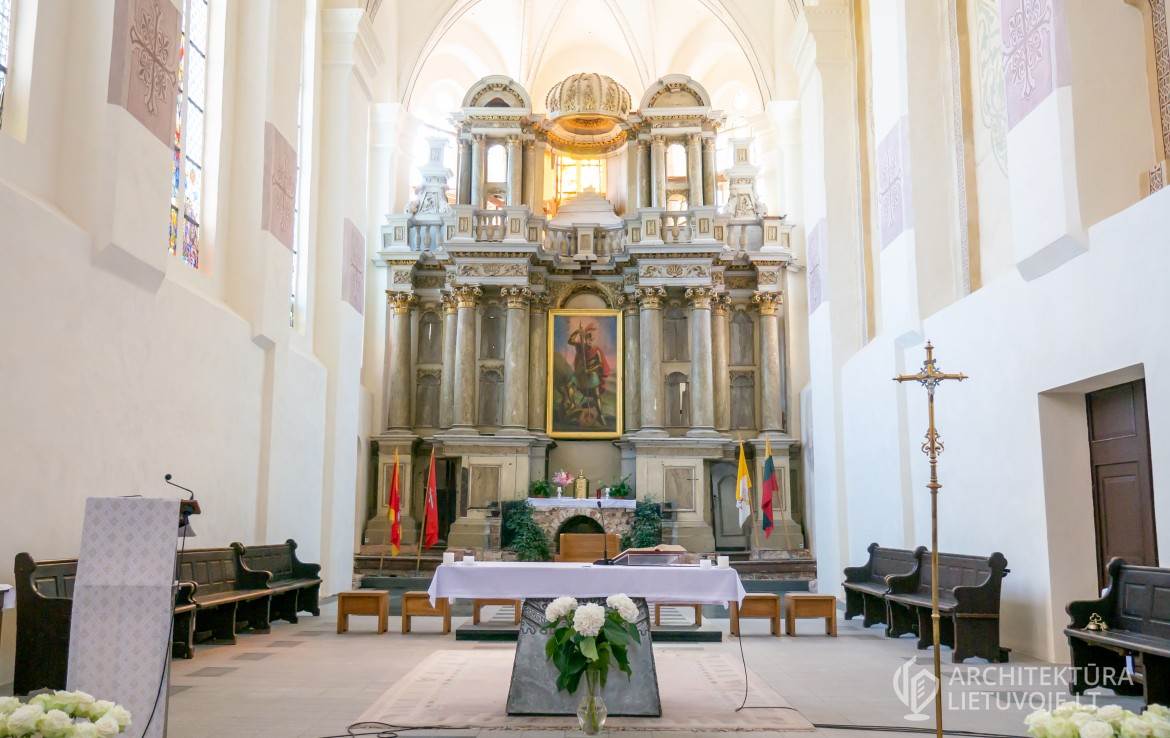 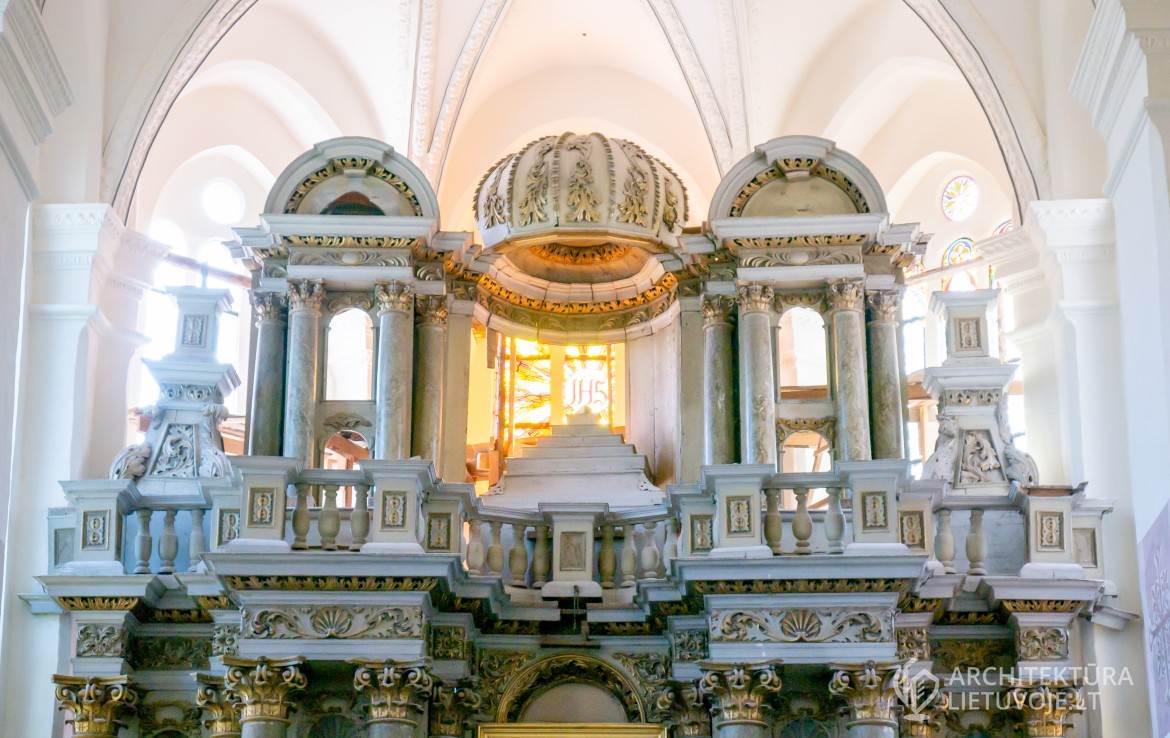 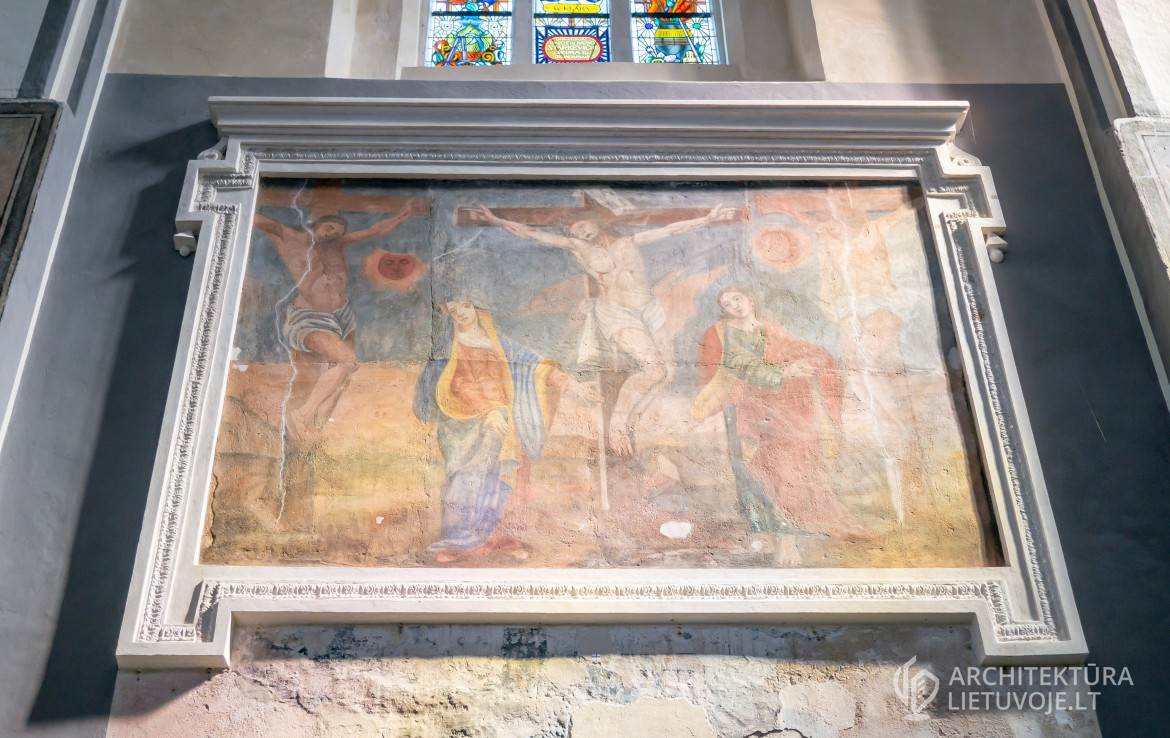 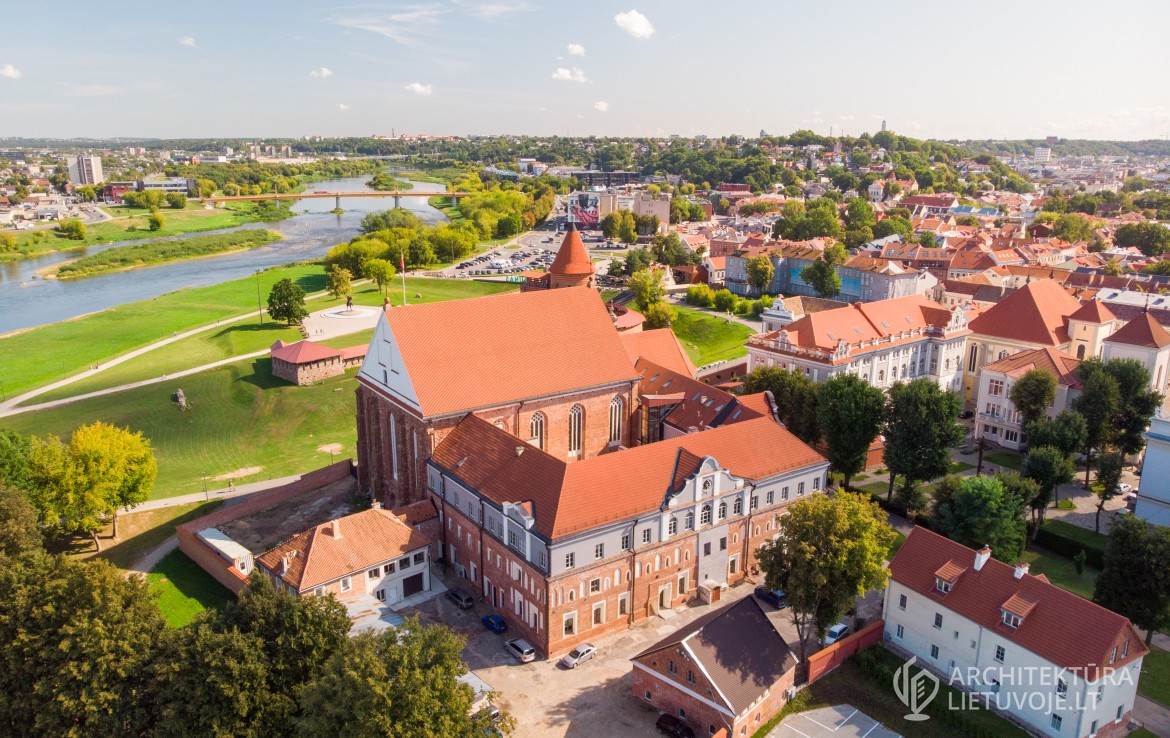