Ensemble of sacral buildings of the Samogitian Calvary

The Ensemble of Sacral Buildings of the Samogitian Calvary

In the 1st half of the 17th century, invited by Samogitian Bishop, count Jurgis Tiškevičius, Dominican monks came to Gardai Village and established themselves here – they built 19 chapels in the vicinity, which symbolized The Way of the Cross and became the beginning of Samogitian Calvary. In several years, the monastery was built, and in 1780-1822, a new present church emerged to the project of Augustinas Kosakauskas, who was a prominent architect in Baroque and Classicism periods and used to combine the features of those two styles. In1896 a great fire broke; the church soon was restored using Neo-Baroque forms. The ensemble of Samogitian Calvary sacred structures is extremely impressive by its size, comprising about 30 different buildings.

Today’s small basilica is a work of two periods. In the bottom part of the main facade, one even today can see the old synthesis of Baroque and Classicism. Protruded side parts, comprising the bottom of towers, are accentuated by doubled pilasters – the same type pilasters, set up one by one, surround the middle of the central part at the main entrance. Although the architectural elements of the facade are typical of Baroque, still their regular, symmetrical arrangement reflects Classicism, which at that time was developing. The upper tiers of the towers appeared after the reconstruction in the late 19th century. The lower volume of these two tiers match the old towers, although execution of their architectural details most likely has changed. Meanwhile the upper tier with the rounded corners and having complex forms, as well as the helmets of several tiers are from Historicism period. Art critics assume that the towers had to be taller by the original project, still they were not realized due to shortage in funds. The height of the pediment remained the same after the reconstruction, still its appearance altered; for example, meander motifs, being eclectically stylized versions of the side volutes, replaced the side volutes, characteristic of Baroque.

The inner part of the church was almost completely devastated by great fire. The new interior has eclectic forms, characteristic of Historicism, yet Neo-Baroque accents are prevailing here.  The cylindrical vault of the central nave and cross vaults of the side naves are decorated abundantly with pictorial decor and relief decor in places. The capitals of doubled pilasters, dividing the space, are accentuated by colours and a decorated entablature band of broken forms, surrounding the space of the central nave both on the sides and the front. The pulpits and altars of Neo-Baroque forms are particularly expressive. Still, perhaps the most impressive accent of the building is the two-storey central altar, actually being a combination of two altars. On the sides of the bottom part, the arches are set up, through which one can access the vestry, from where the gallery of the second tier of the altar is reached. Apparently, the altar set up in this manner used to stand before the great fire as well.

Expressive, yet laconic, is the main gate of the churchyard.  The usual composition of the rounded niches of the great gate and two smaller ones stands out here due to small poles, brought out by ledges and evolving into turrets on the top. The poles in the middle part are divided horizontally on the upper part by modest-sized metal strips. The two-storey Monastery House near the church reflects a tendency perhaps dominating at all times – the buildings of monasteries most often featured utilitarian architecture. After a fire burned down the old building, the new one was built in 1843. The laconic appearance of the building is brightened a bit by the central part, slightly protruded, then recessed again on the central axis. On both the central part and side ones, the building is divided into two tiers horizontally by a band of jut. The first chapel of The Way of the Cross should be drawn attention to – today nobody knows the date of its emergence. Above almost totally blind facade plane, where only the rounded door opening with the key stands out, one can see the motif of meander in the pediment of the church, which breaks into the trimming, girding the upper part.

Ensemble of sacral buildings of the Samogitian Calvary - Gardų a. 11, Žemaičių Kalvarija 90443, Lietuva 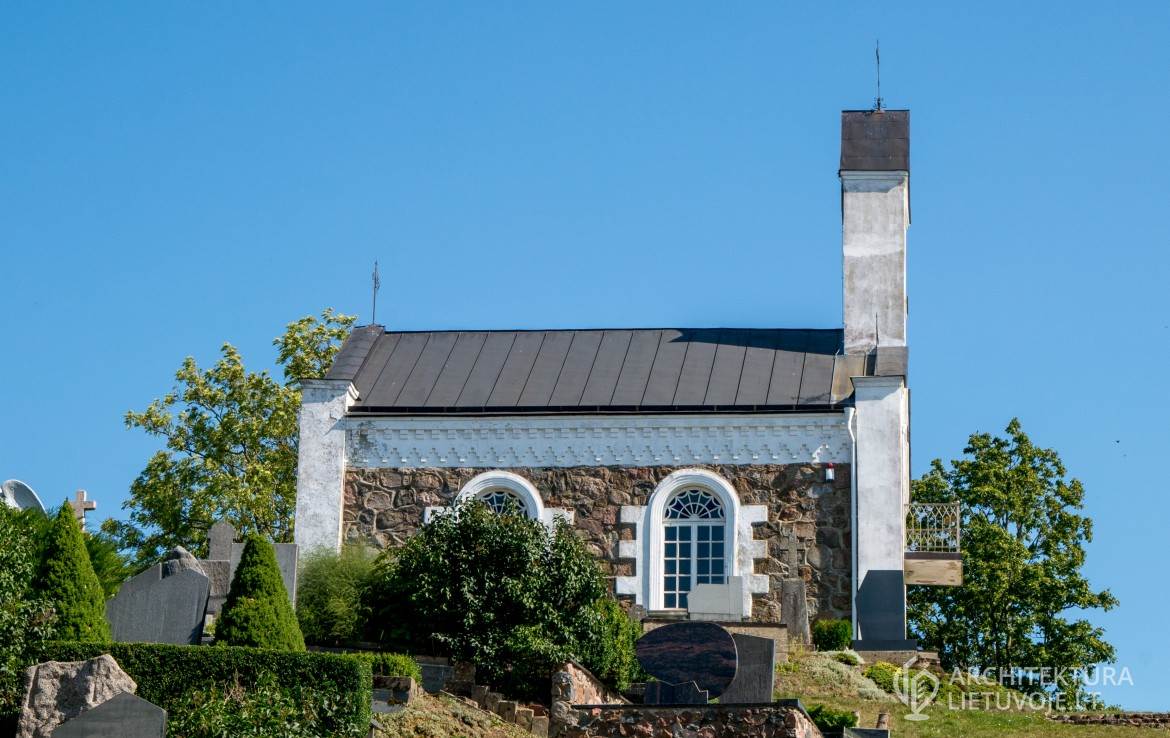 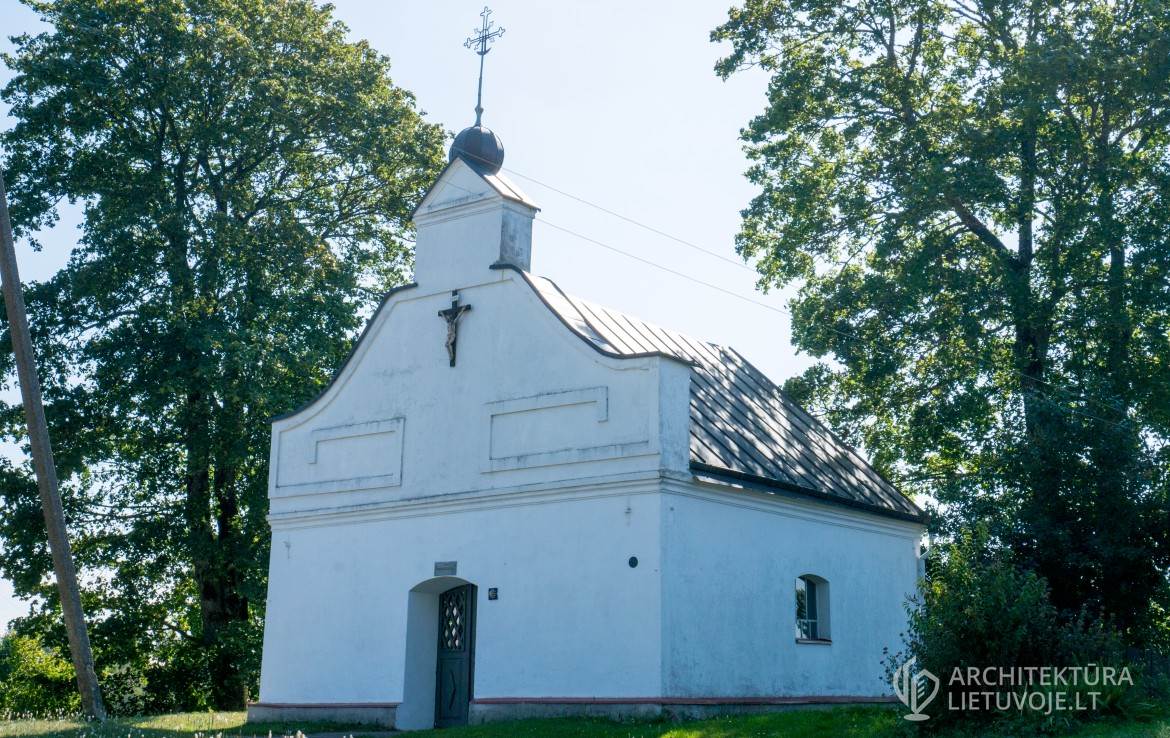 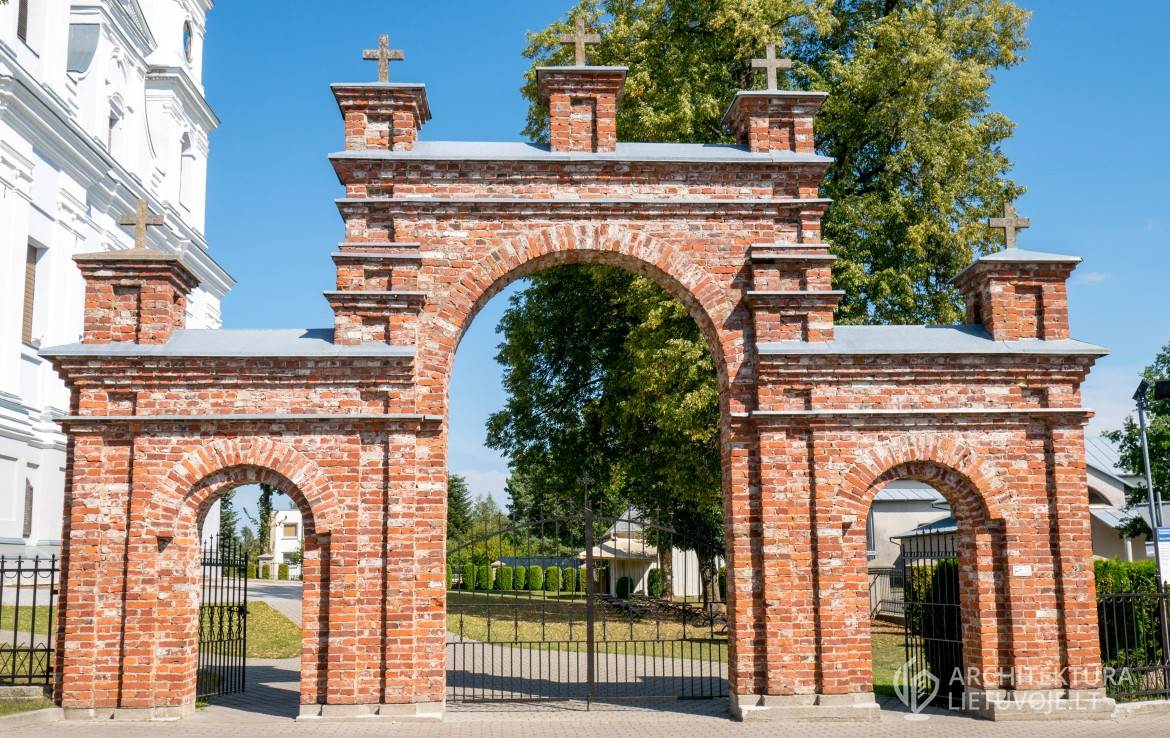 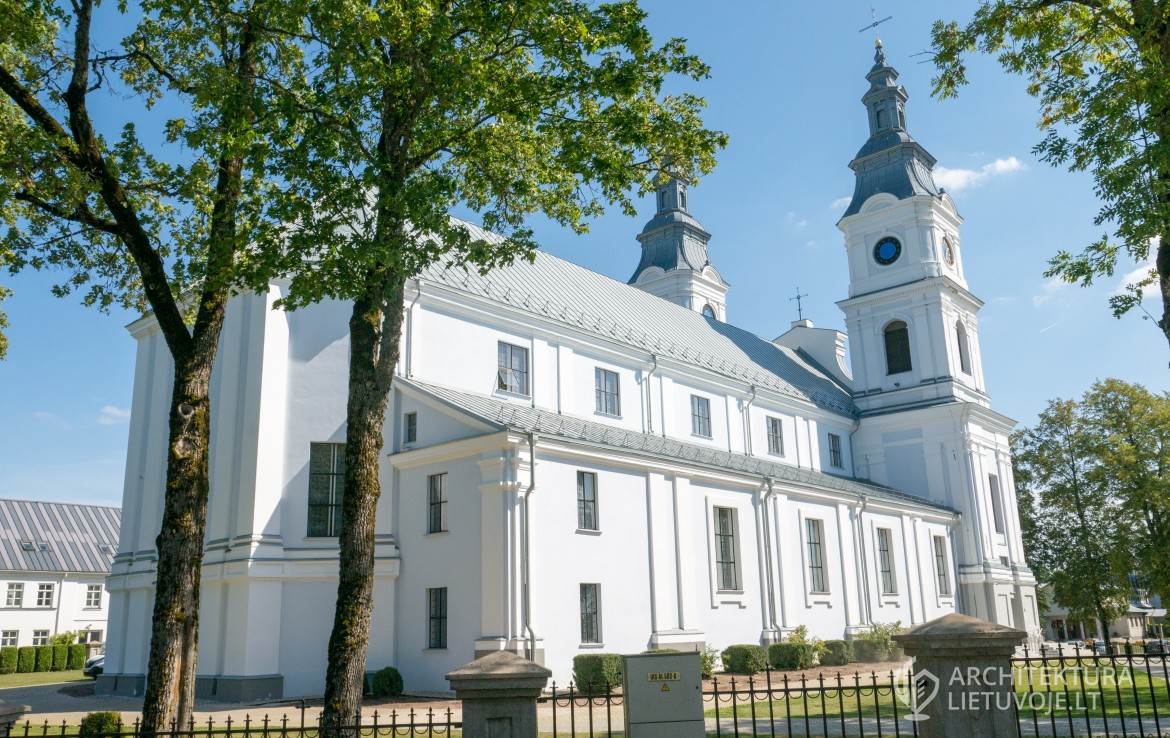 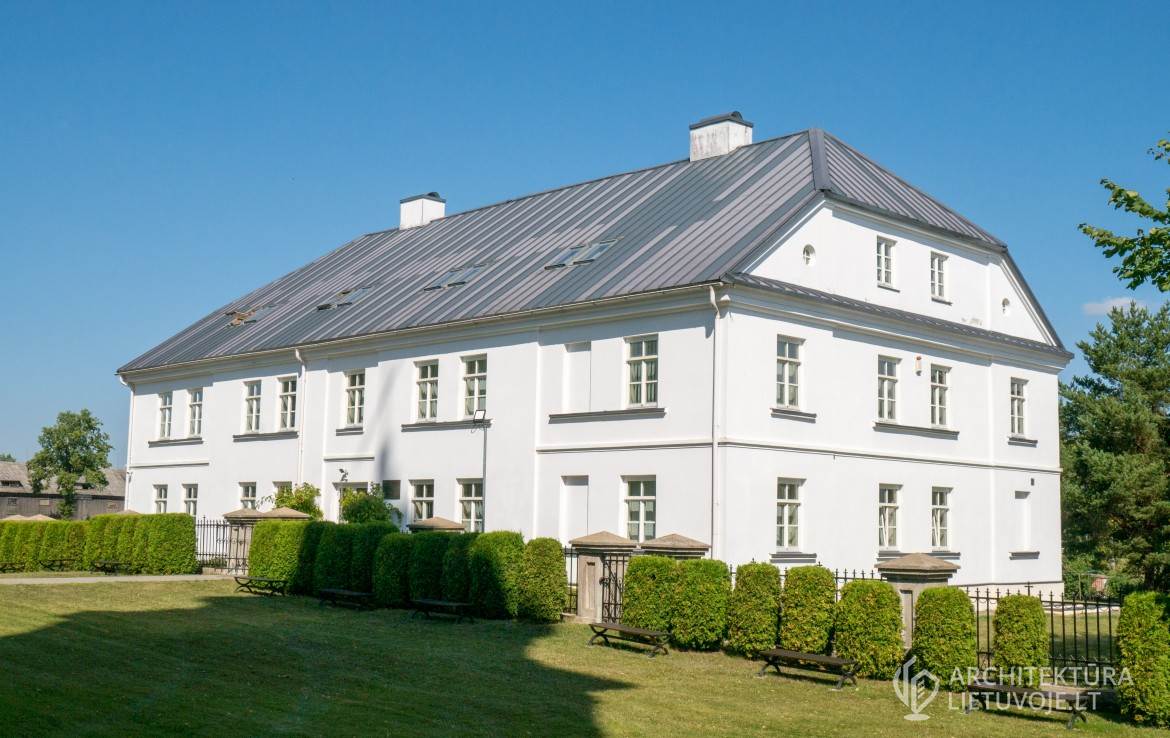 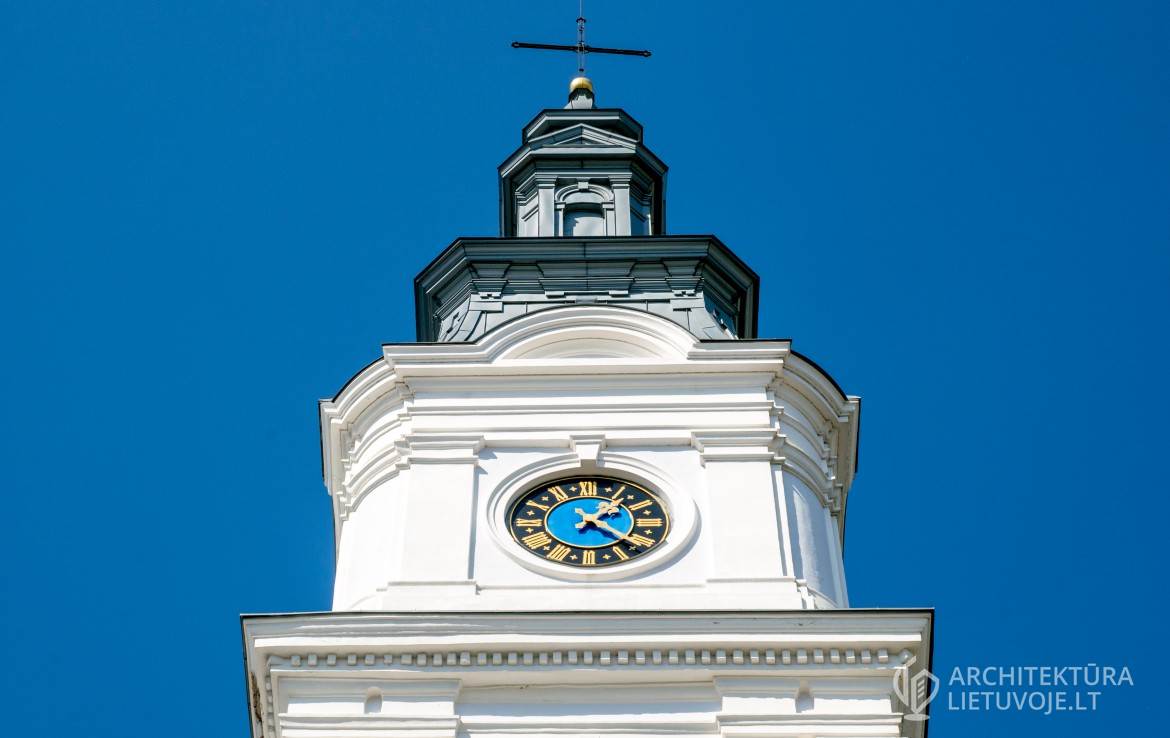 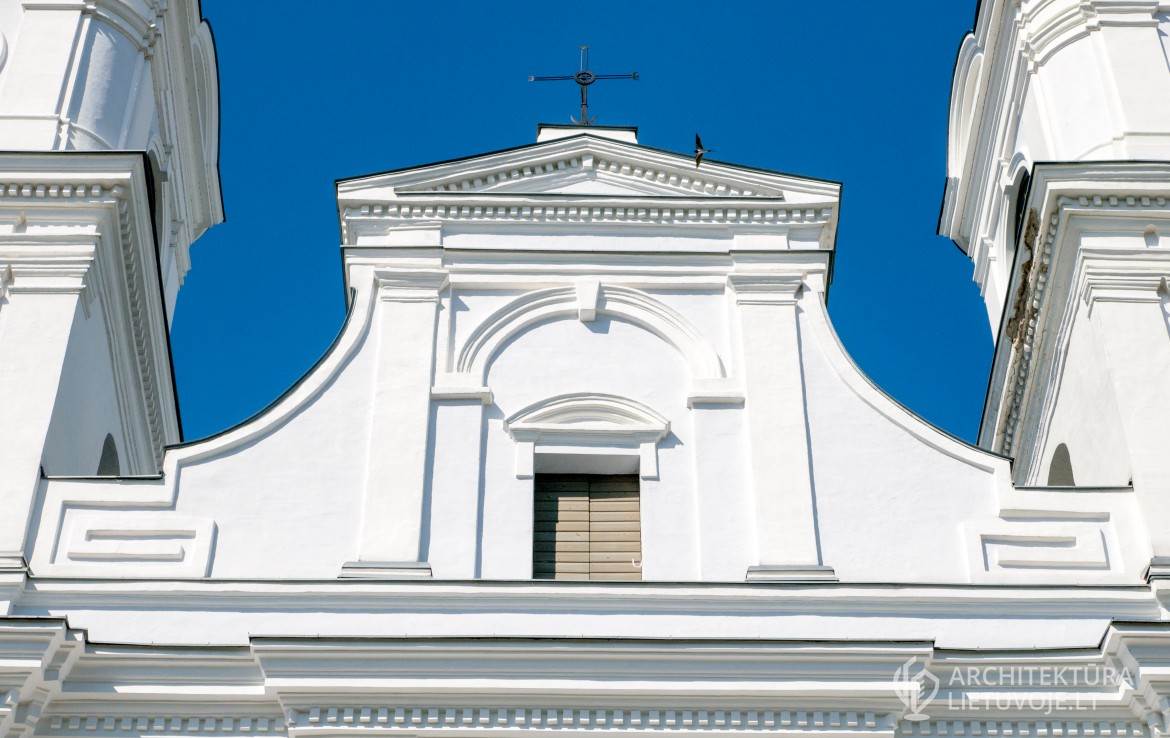 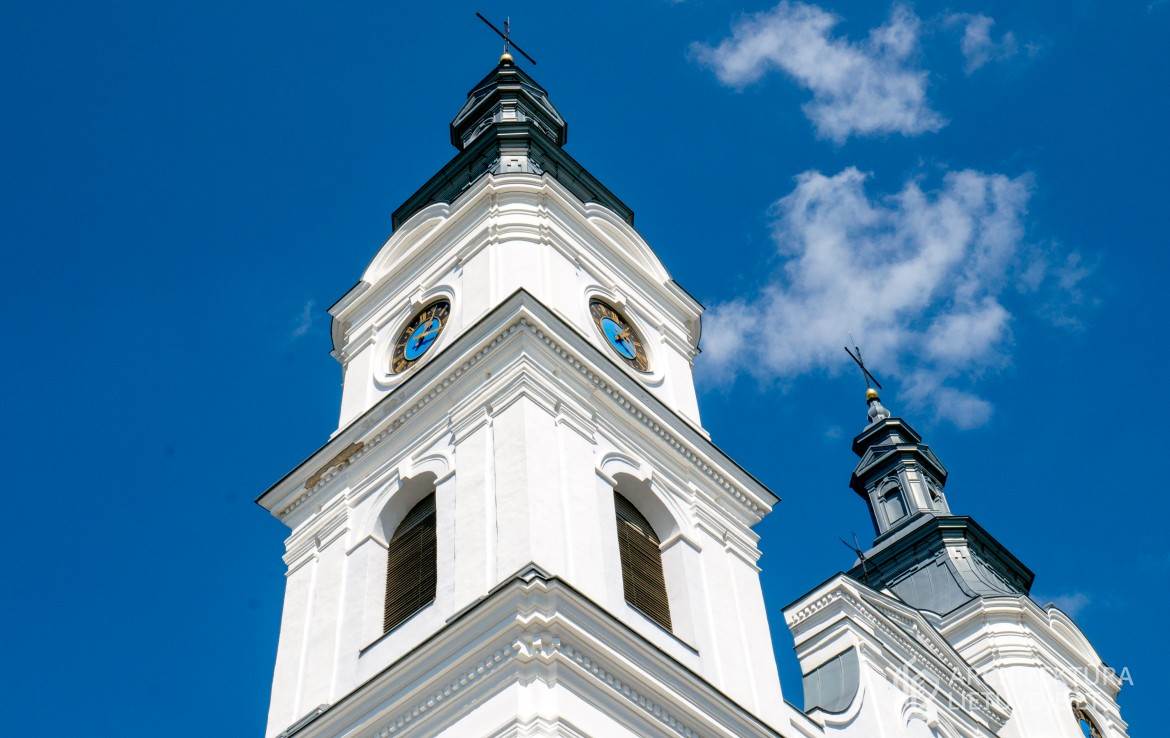 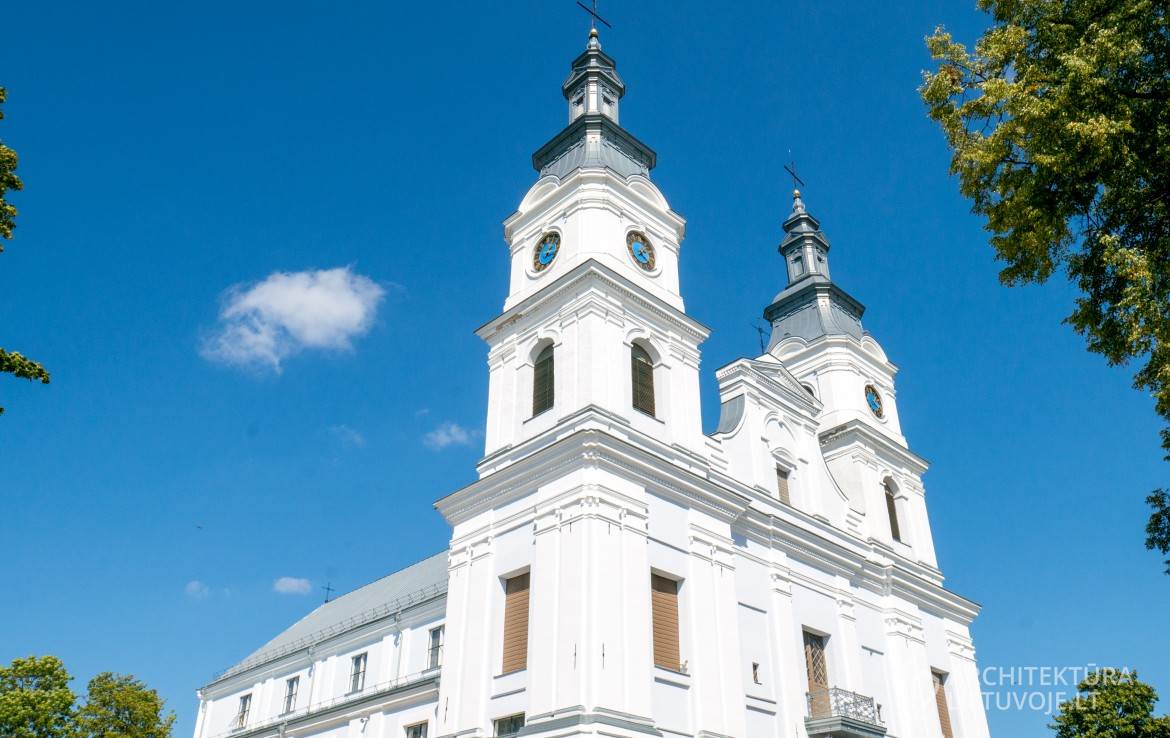 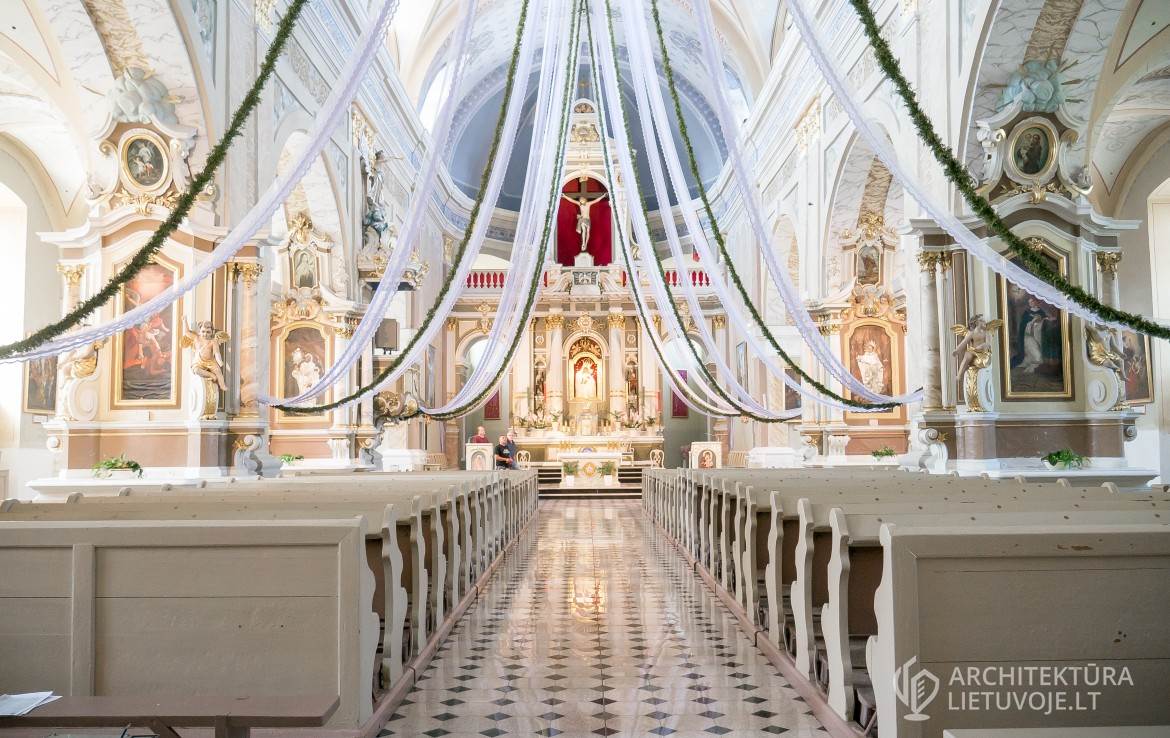 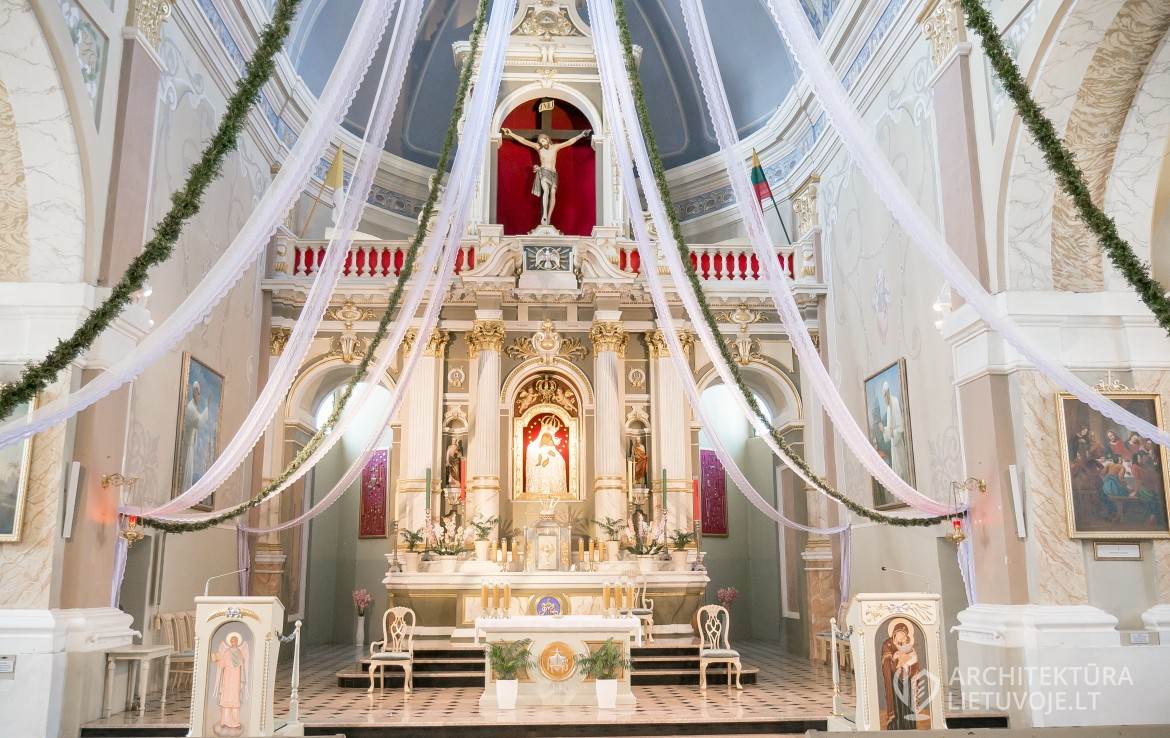 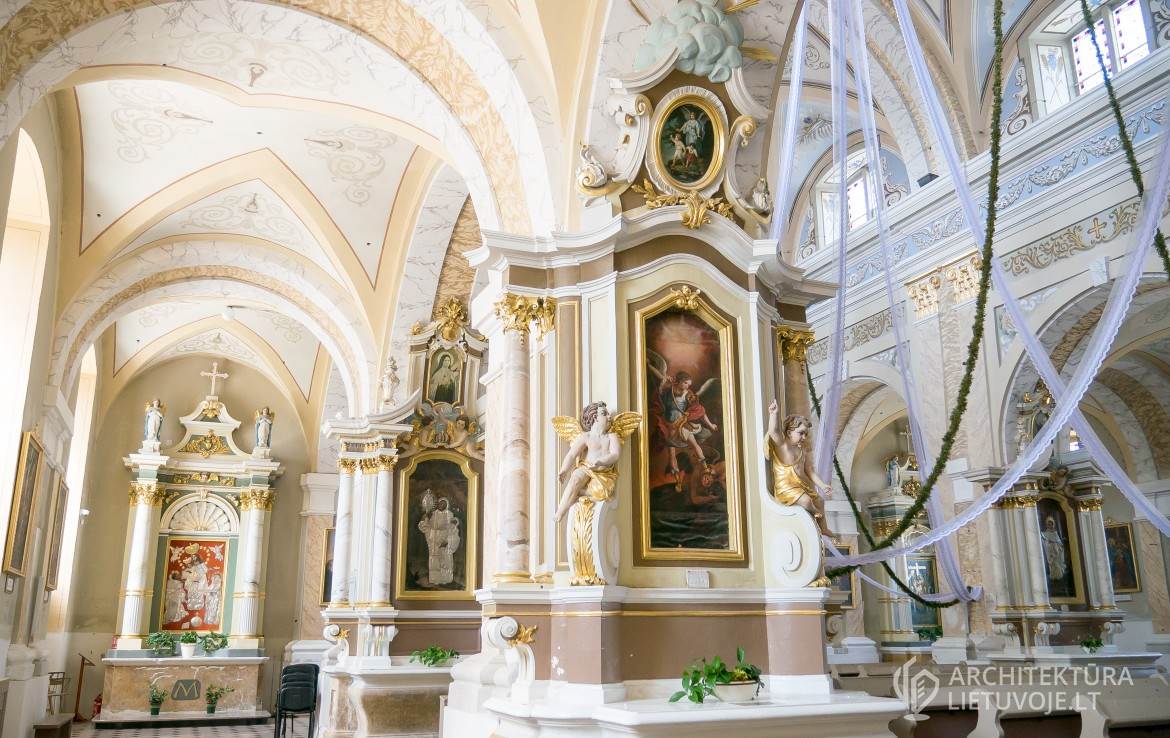 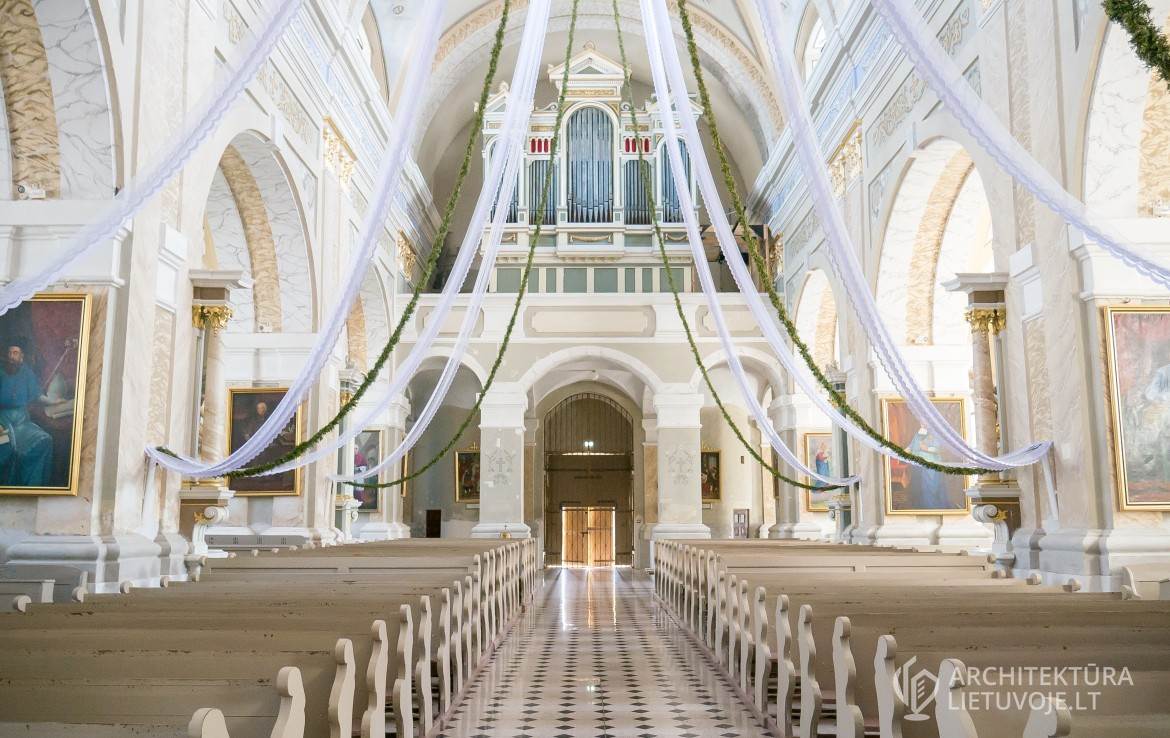 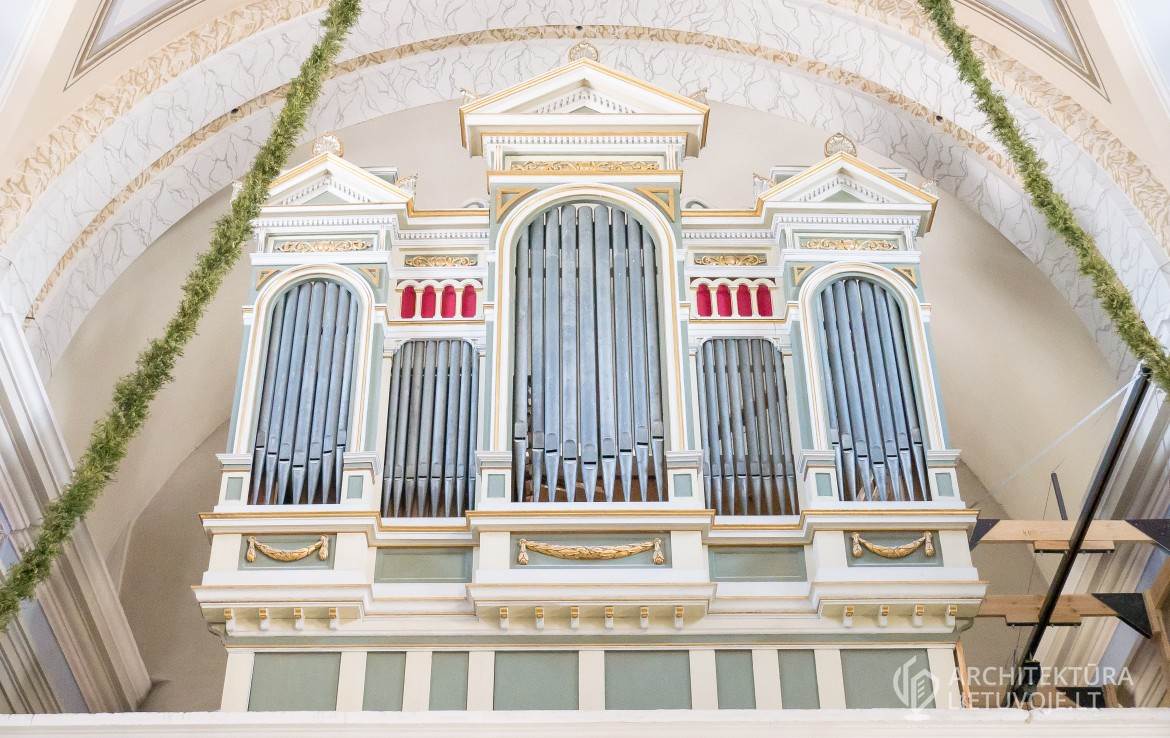 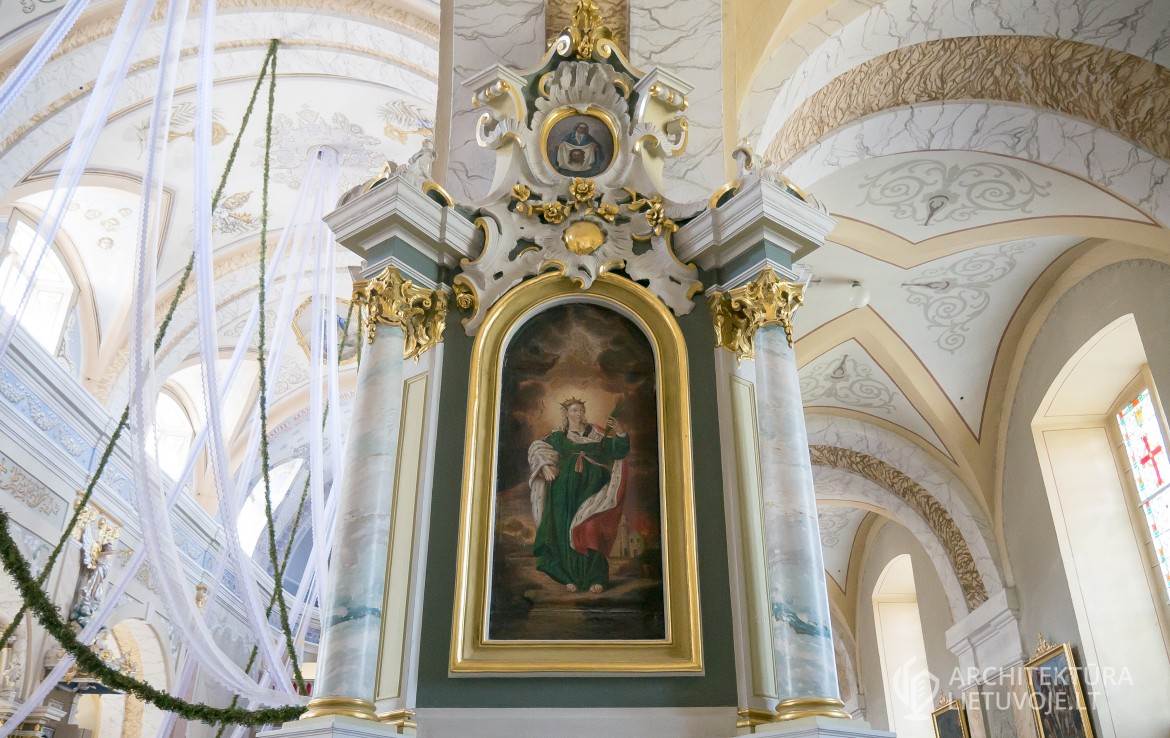 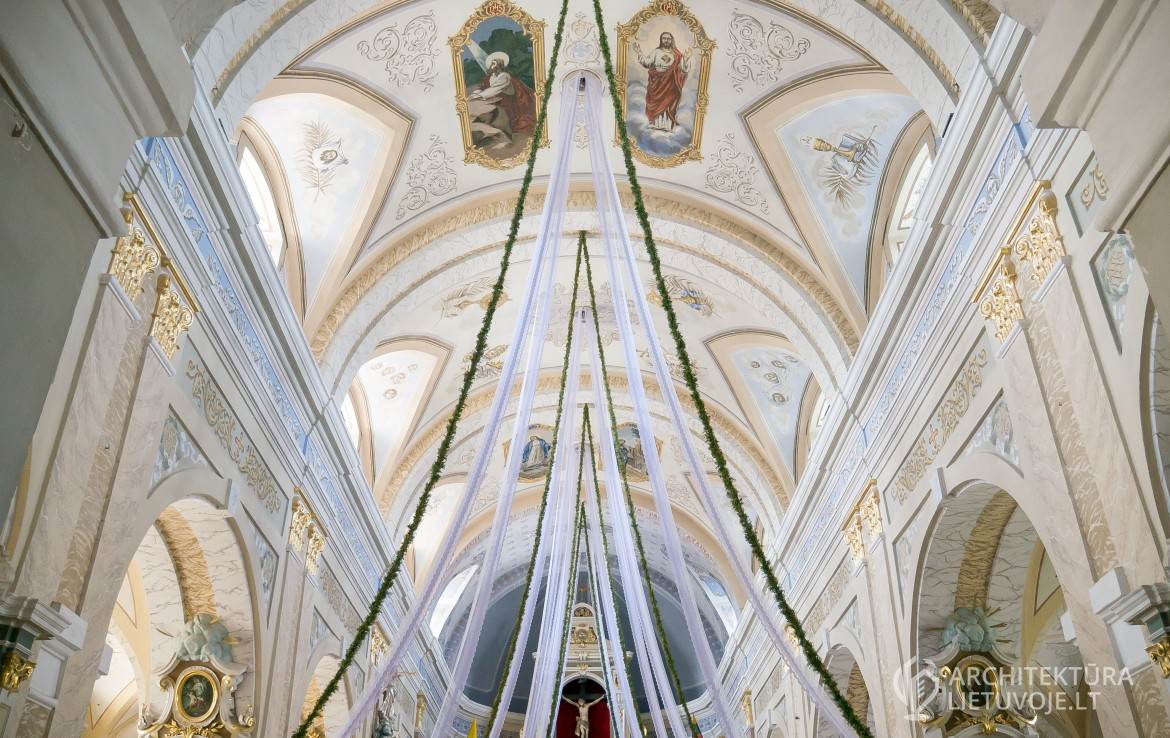 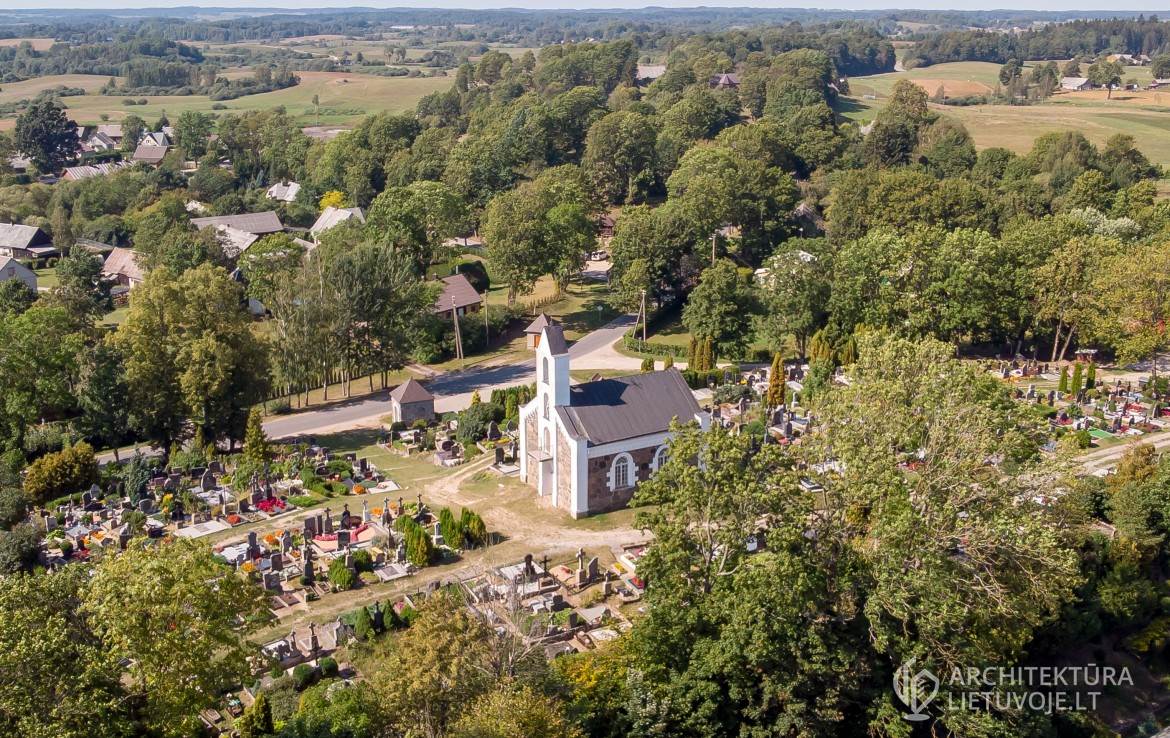 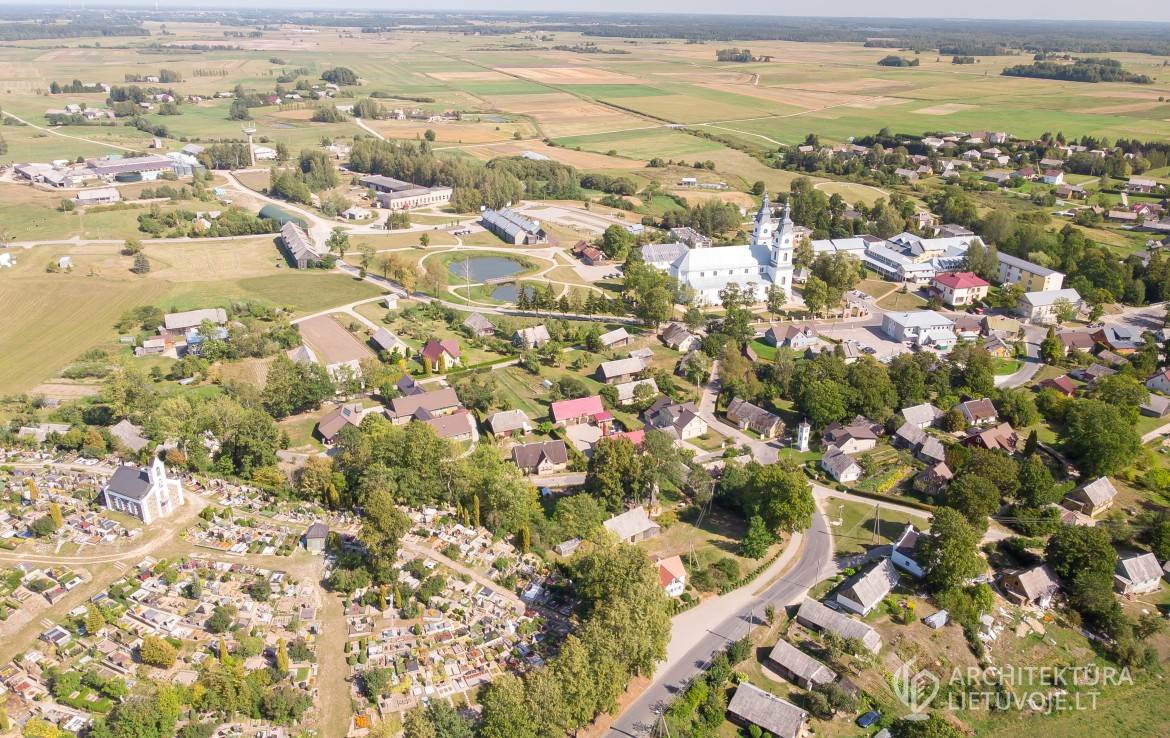 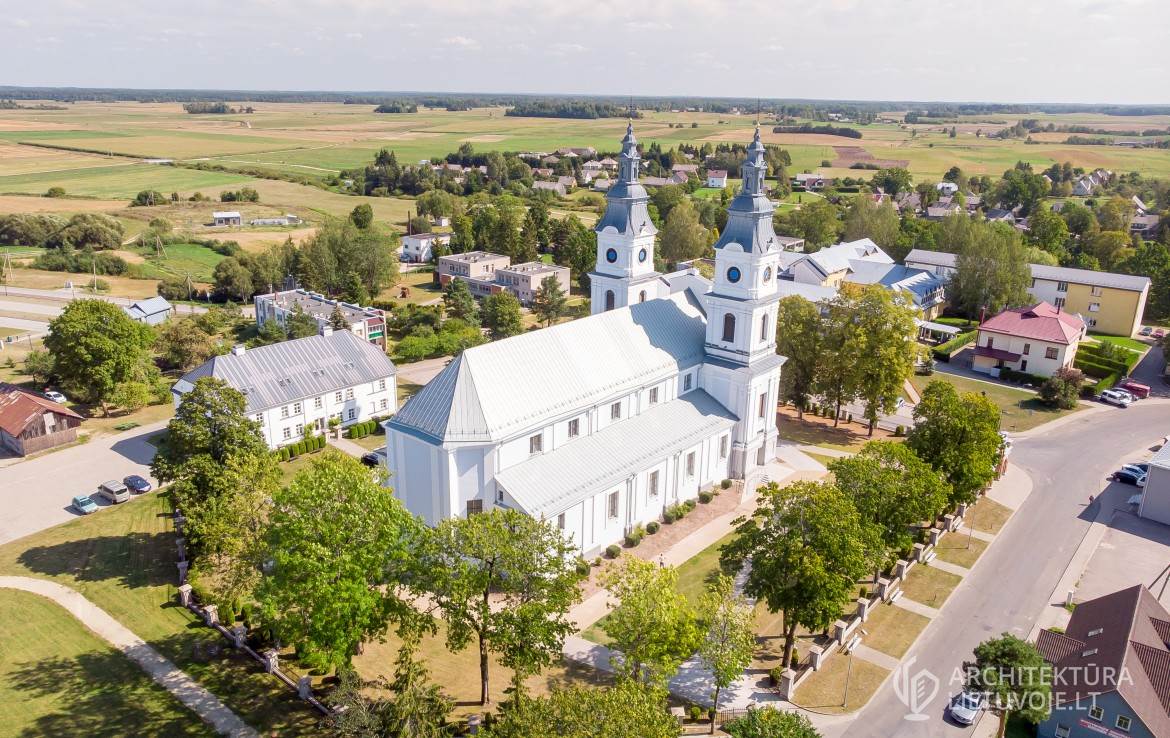 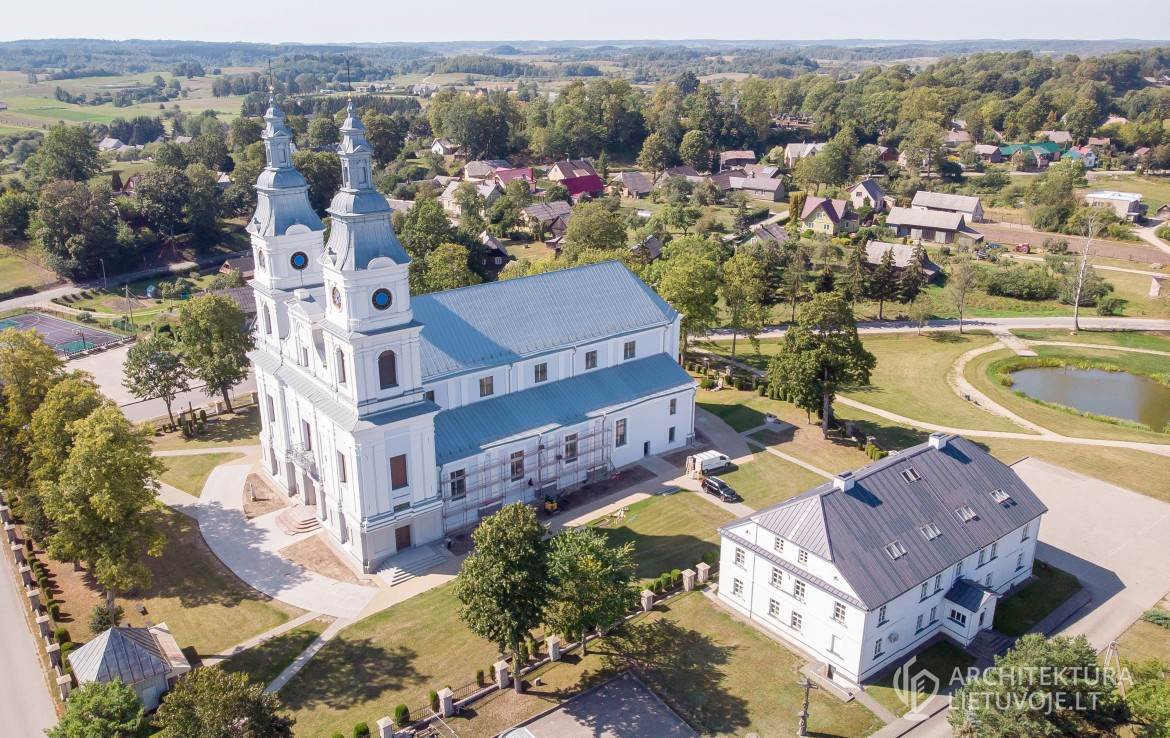 Ensemble of sacral buildings of the Samogitian Calvary - Gardų a. 11, Žemaičių Kalvarija 90443, Lietuva