There is no consensus neither on the date of the appearance of the Christian prayer house in Zapyškis, nor on the initiator of the event; however, it’s assumed that the church appeared in the second half of the 16th century. It is believed that it appeared by the will of the landowner of the regions of that time, Povilas Sapiega. Increasingly frequent floods of Nemunas led to the fact that almost no settlement context had left around the building: the village was moving more and more to the south. It is one of the few Gothic churches in the country which has never had any major reconstructions and the influence of the later architectural styles.

The architecture of the building is close to the slightly older brick Gothic churches of the nearby East Prussian region. It is assumed that a professional master led the construction of the church; however, due to the peculiarities of the construction itself, it is also believed that the building was built by local masons. The solution of the main three-section façade is supported by pointed arched niches in the lower part, which also replicate the arch of the main entrance, framed by the rectangular portal and protruding into the middle section, in smaller sizes. Niches in the middle section are rectangular; a distinguishing semi-circular niche is highlighted above the entrance. The most impressive part of the façade, a pediment, is formed of the composition of rectangular, pointed-arched and rounded niches. Almost perfect symmetry of the main façade is broken by the avant-corps situated on the left side, where the stairs are set up.

Lateral façades are of two-sections. As typical of the Gothic churches, the rhythm of these façades is formed of the windows, niches and the buttresses arranged in between windows. The buttresses are three-stepped, narrowing, interconnected by the profiled bricks, and in the lower, rectangular part they continue the rhythm of the pointed-arched niches of the first section. Their upper parts are four-edged, thus providing the building with even more liveliness typical of the Gothic period. Window arches are semi-circular, framed in the rectangular niches; a similar rhythm is continued in the lower, presbyterian part as well.

The only nave of the building has almost a square form; a semi-circular arch is connected to the presbytery lower than itself and completed by the triple apse. The choir balcony is set up above the main entrance; part of the organs which used to be there disappeared during the years of the World War I. The three Baroque altars that used to be there are also no longer in the church, and fragments of the old wall paintings hidden under layers of plaster are still awaiting further exploration.

Since the church was too small for the needs of a growing town, the residents of Zapyškis built a new neo-Gothic church on the hill in the beginning of the 20th century, which was destroyed by the war only a few years later. The press of the interwar period used to joke that the local parish of hardly four thousand people has even five churches, though “not a single one completed”: despite the more remote church of Braziūkai, in Zapyškis itself there was an abandoned old church, a destroyed new one, an old cemetery chapel and a temporary wooden one. The constructions of the current new church began only in 1937. 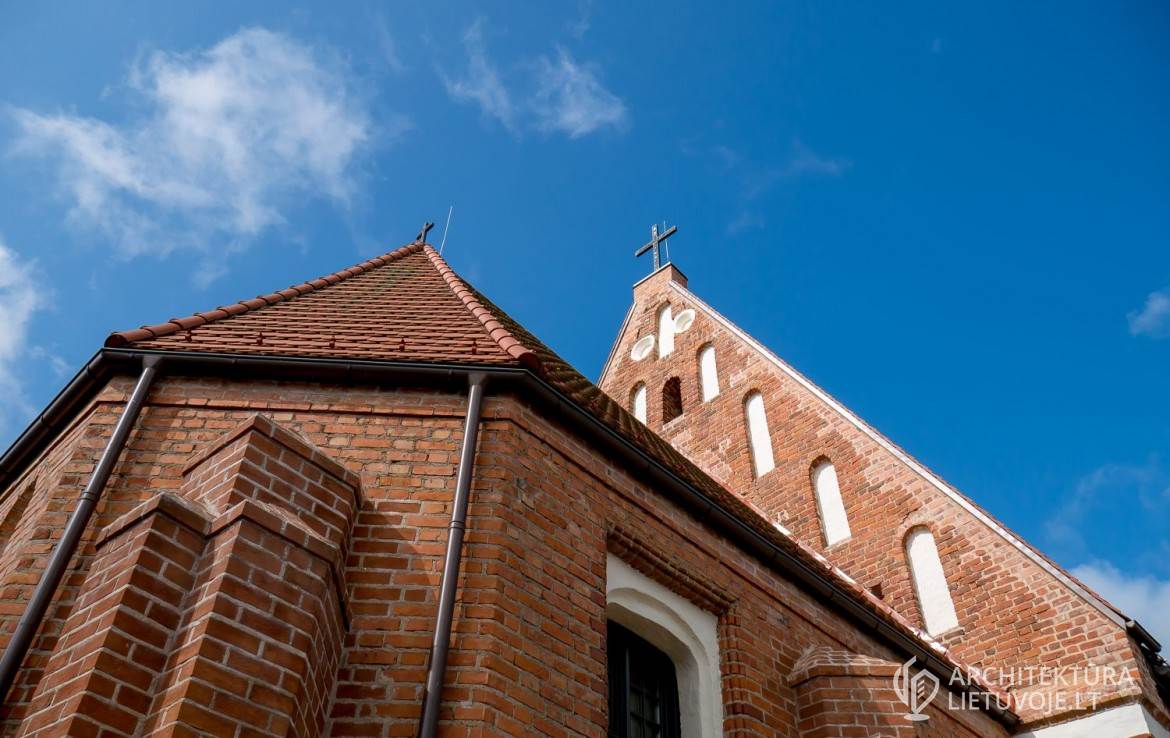 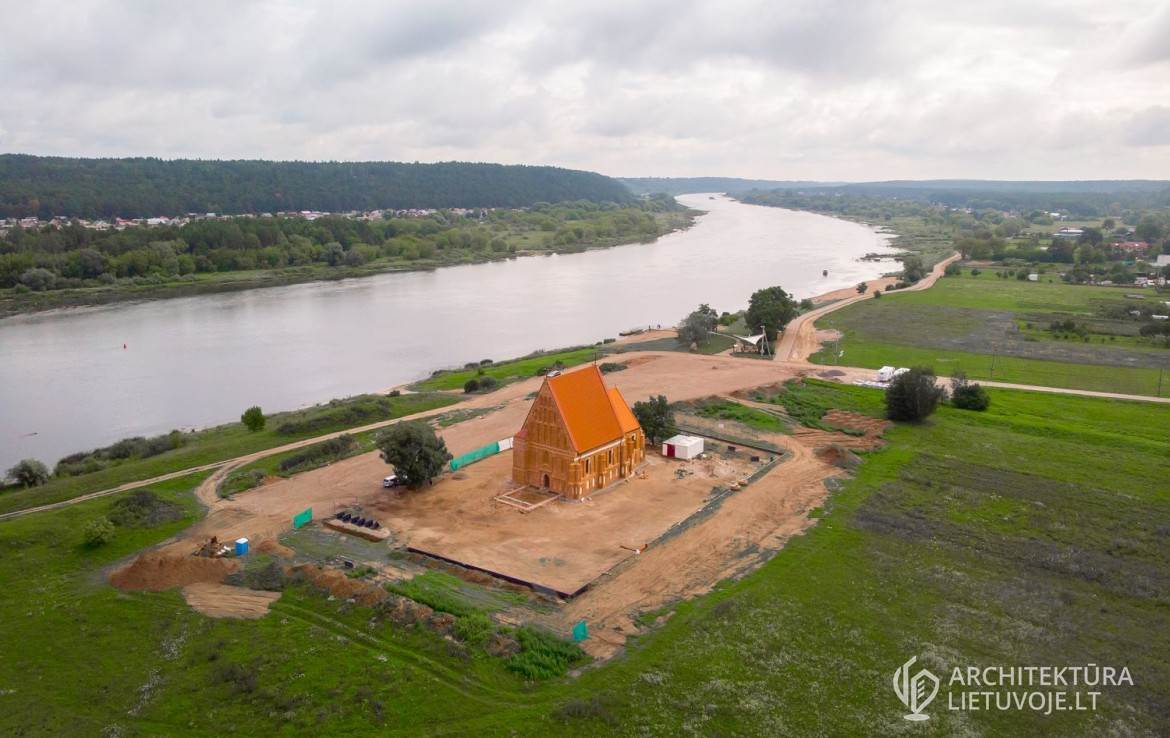 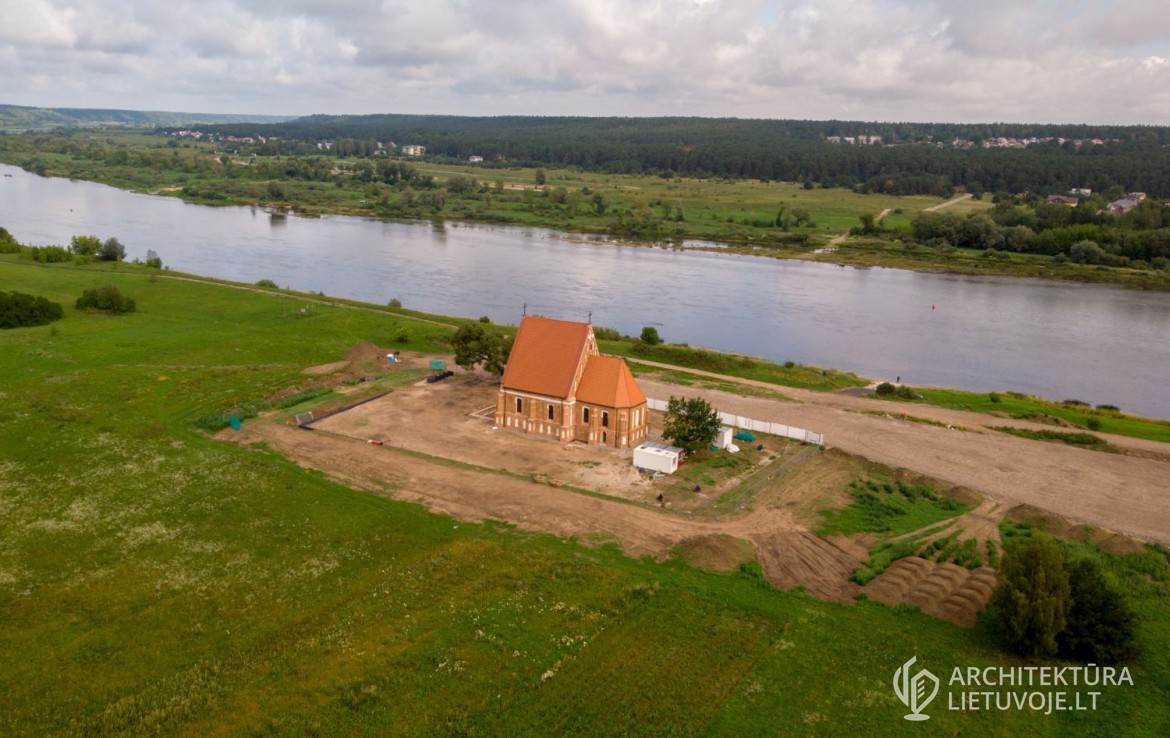 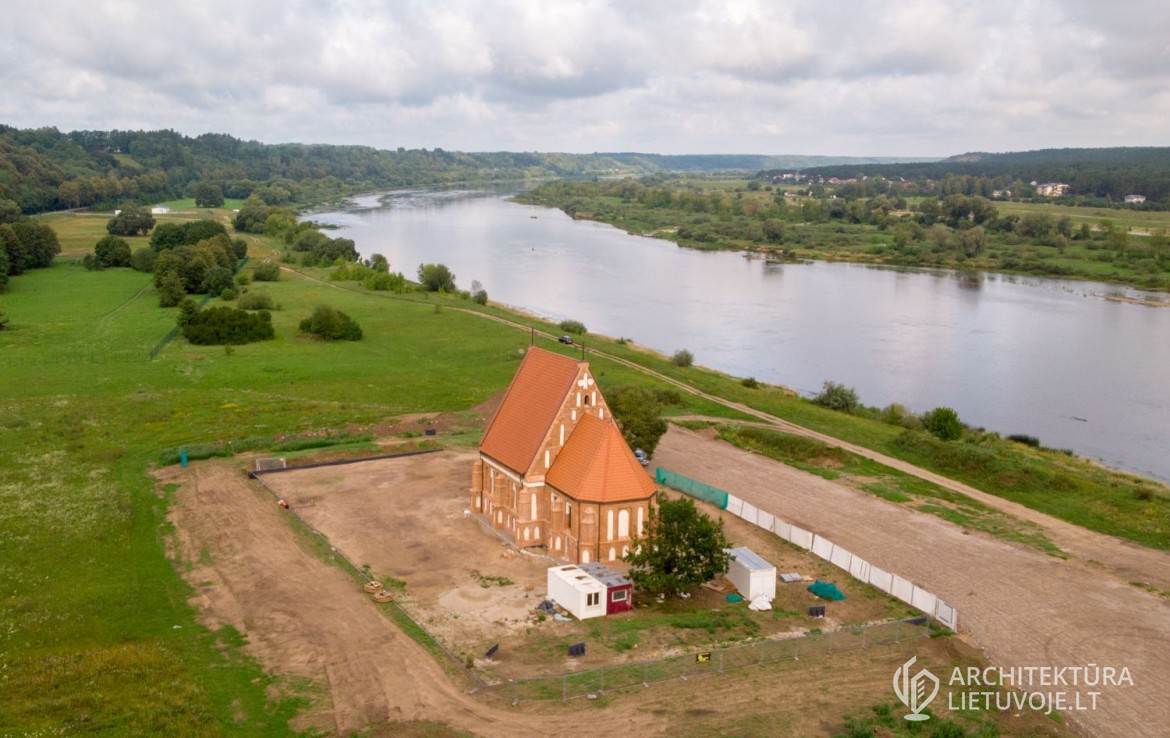 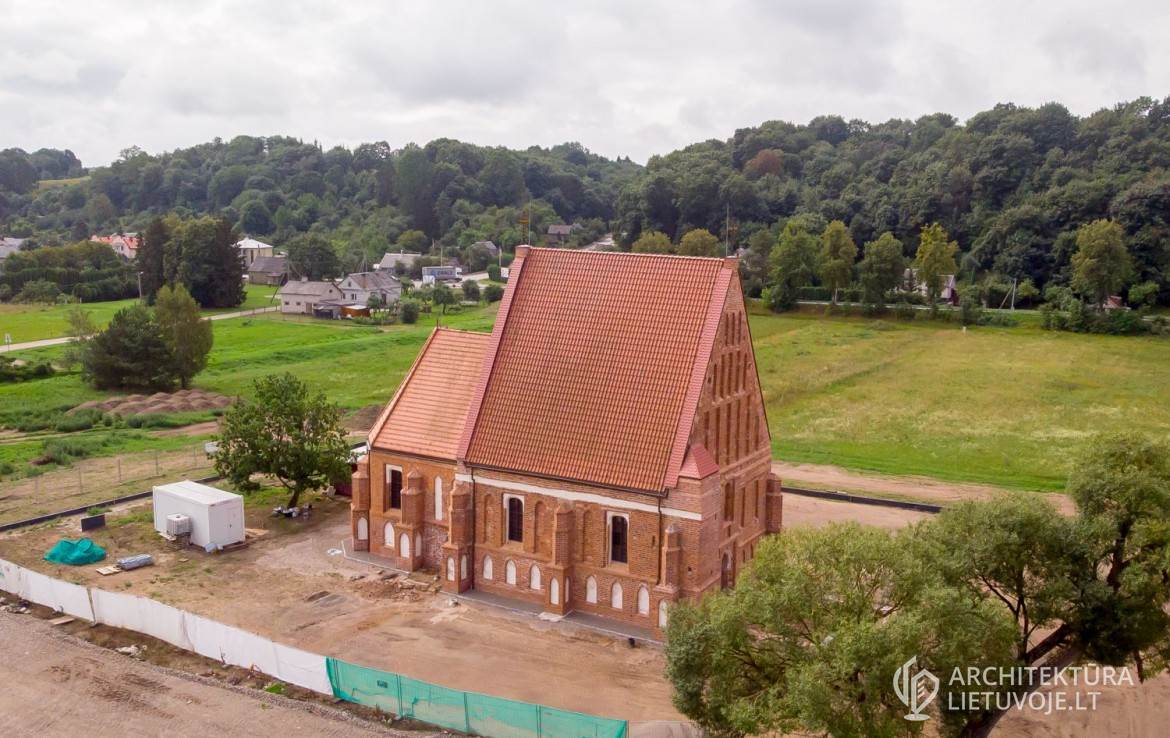 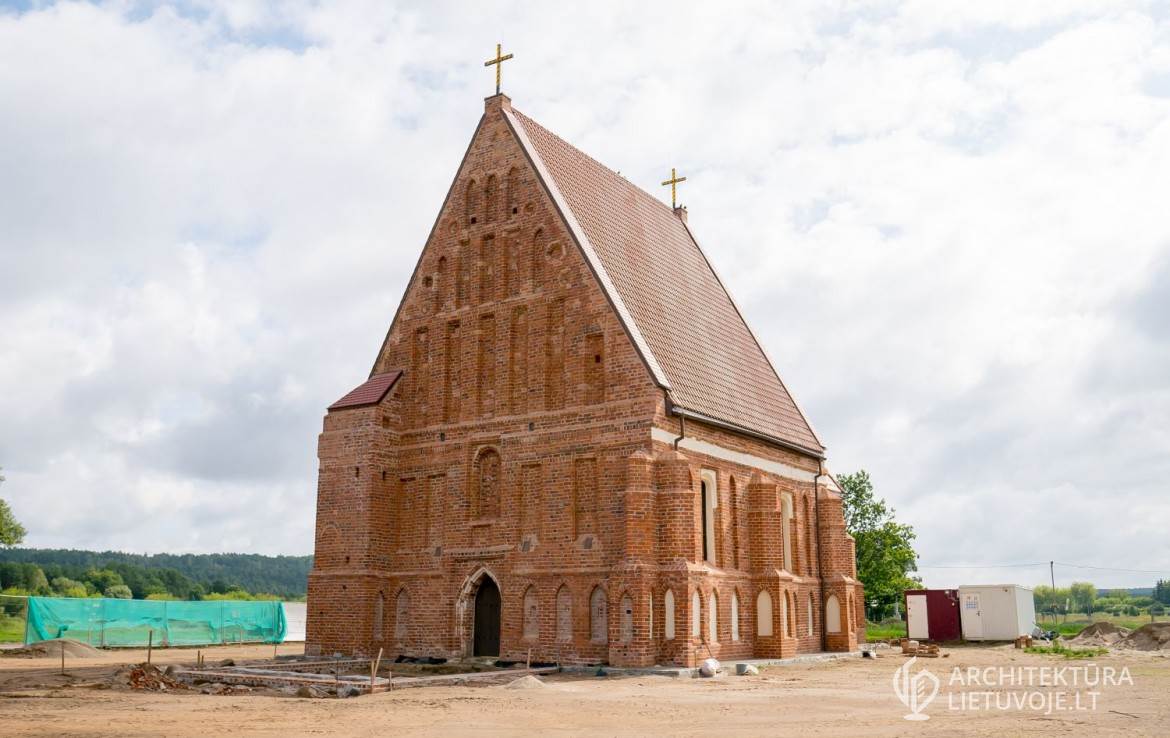 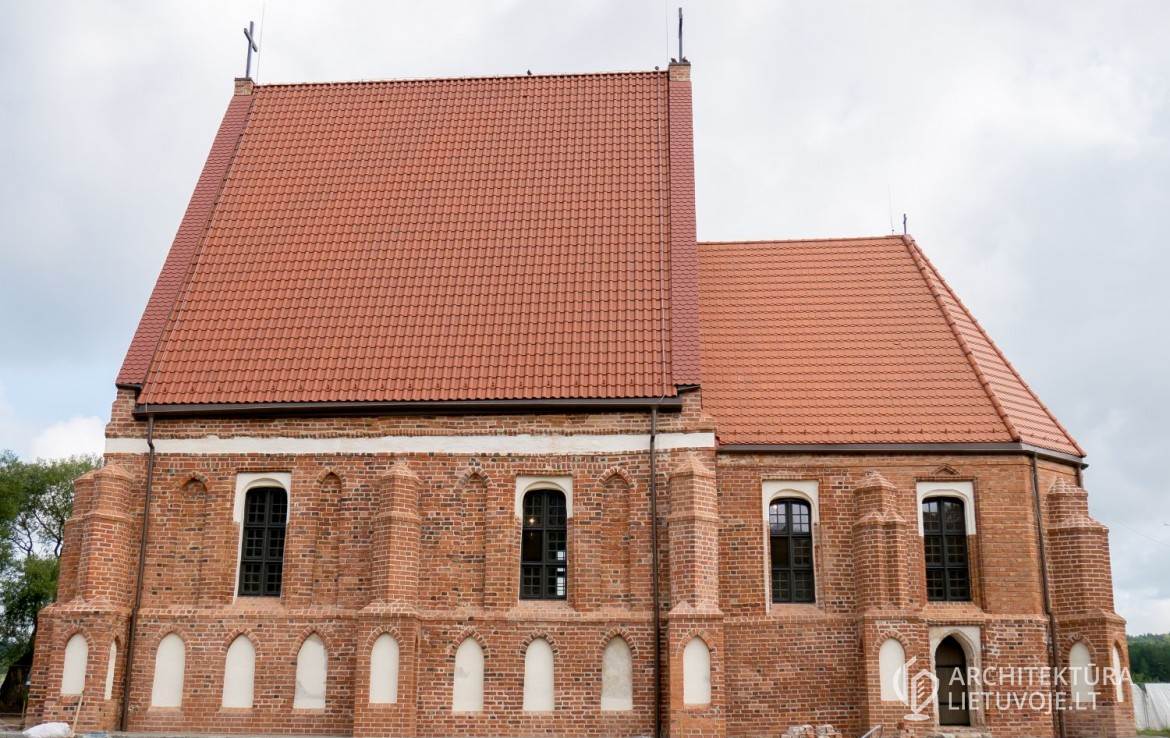 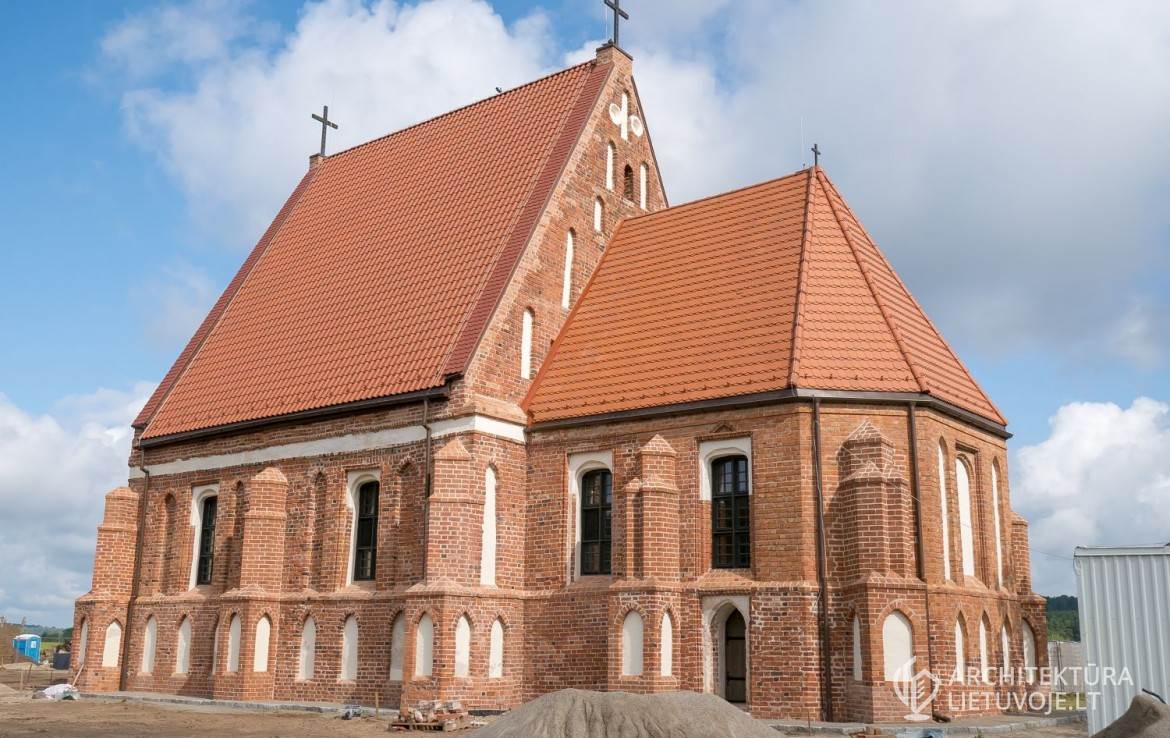 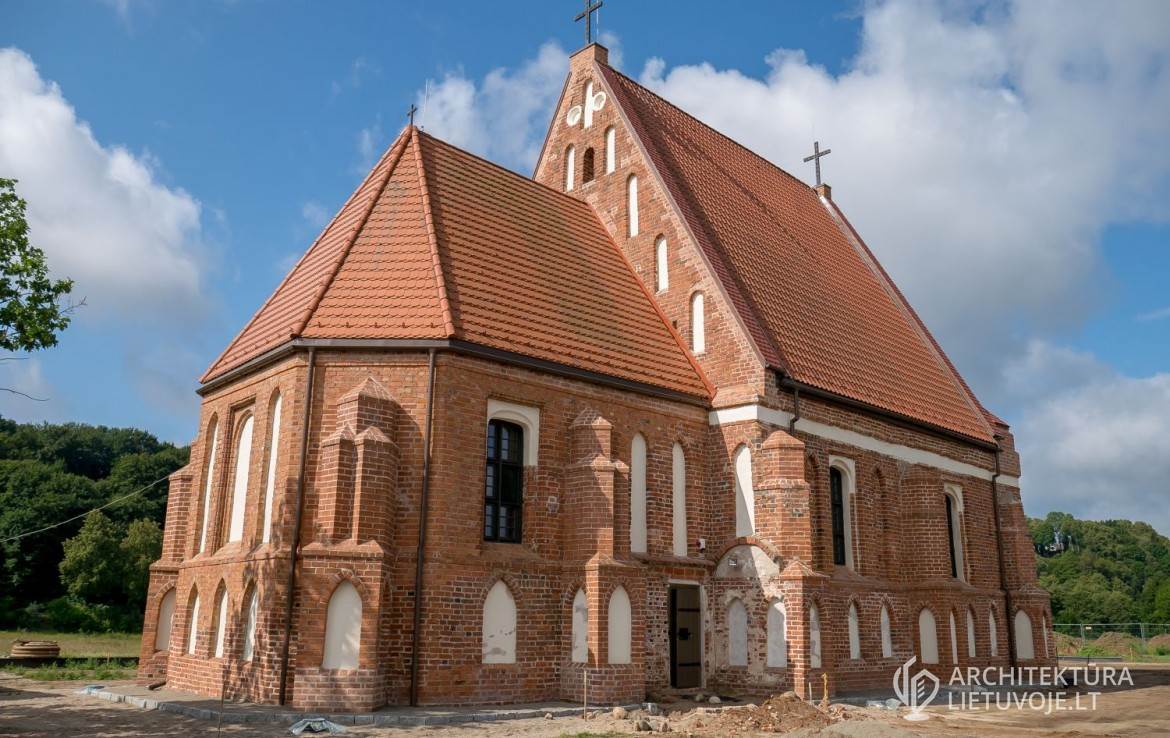 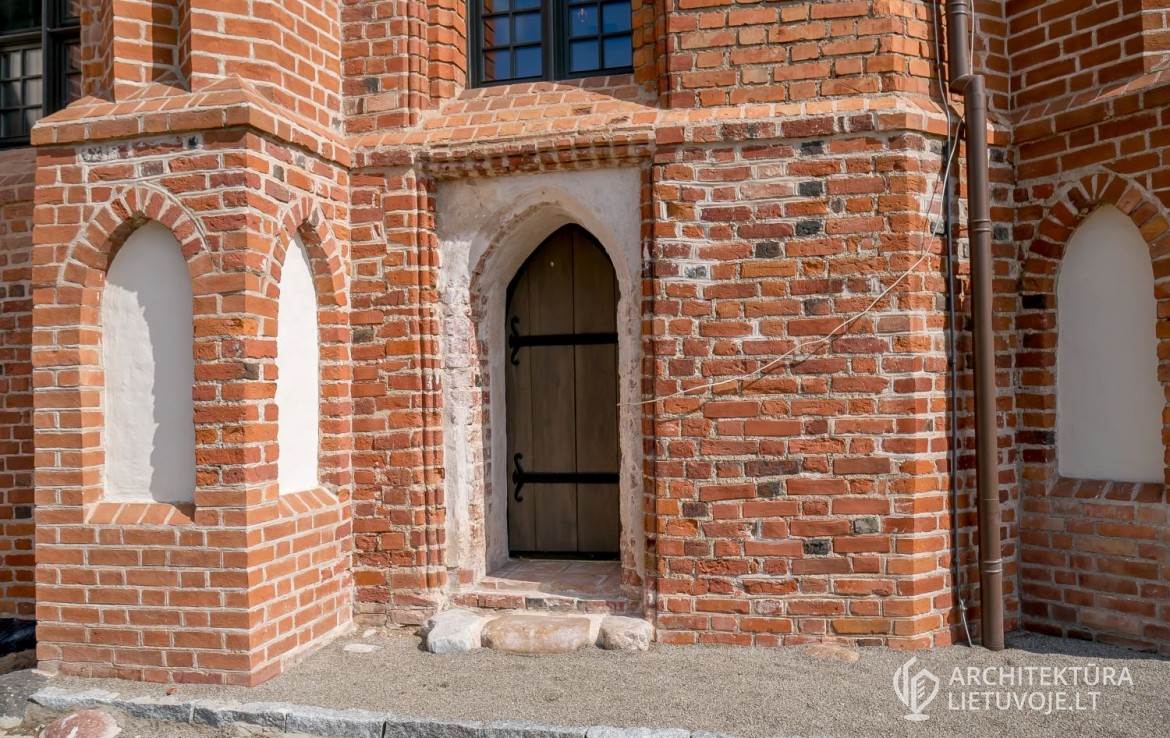