Palace of the Homestead of Vyžulioniai Manor

Vyžulioniai (Vyžulėnai) Palace – a rare example of a manor house with Art Nouveau features is located near Molėtai highway, just thirty kilometres from the capital. The beginning of the 20th century, when this manor was built, was a sunset of the manor culture in our country. The new era – the land reforms that swept through the countries of our region – divided the lands of the manors among residents, making many homesteads unprofitable. And yet, the manifestations of the Art Nouveau which briefly existed before the World War I were still reflected in the architecture of several manors.

The palace built by the representatives of the family of Korvinai-Vrublevskiai appeared at the same time as the park of the dominant landscape type, the fragments of which remained to this day, surrounding it. Symmetry was intended only in the part surrounding the palace. The layout of the palace is interesting in relation to the park – the alleys leading to the palace formed axes to the side narrow façades of the palace, in the southern of which is the main entrance. The long façades face the park in the east as well as the lake in the west.

The Art Nouveau architecture in our country could not get far from its historical forms, and most often the elements of various subtle new styles popular then were integrated into the latter. And yet, many of the buildings of the Art Nouveau era in the territory of Lithuania were characterized by much more laconic decorative details than the “nuggets” of the Historicism era, emphasizing structural elements by innovatively stylised forms. The same can be seen in Vyžulioniai – large window architraves laconic in forms, interconnected by vertical tractions, dominate there as well as rustic corners of the building.

Some of the building’s architectural accents are typical of the mentioned new styles which quickly spread across Europe then and, more specifically, of the search for so-called “national styles”. Both the roof of the tower, situated at the centre of the façade on the lake’s side, with a high spire and heavily protruding ridge supported by brackets, as well as the wooden structural elements surrounding the balcony which are visible on the southern façade can be seen in so-called Swiss style and “homeland” style that was popular in Germany. The interior of the palace was abandoned and much damaged during the Soviet era when the palace was turned into a tuberculosis hospital, and not much of Art Nouveau can be found here. And yet, despite these factors, a great number of impressive décor elements which reflect the coexistence of different styles of art still remained here. 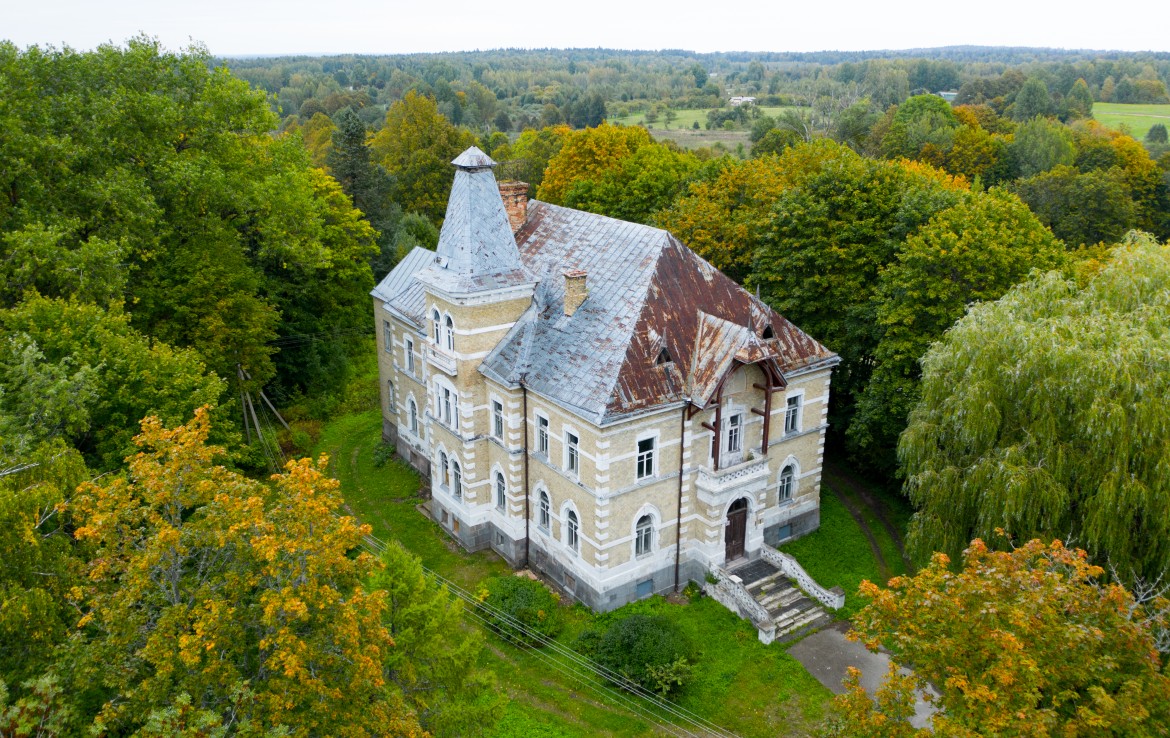 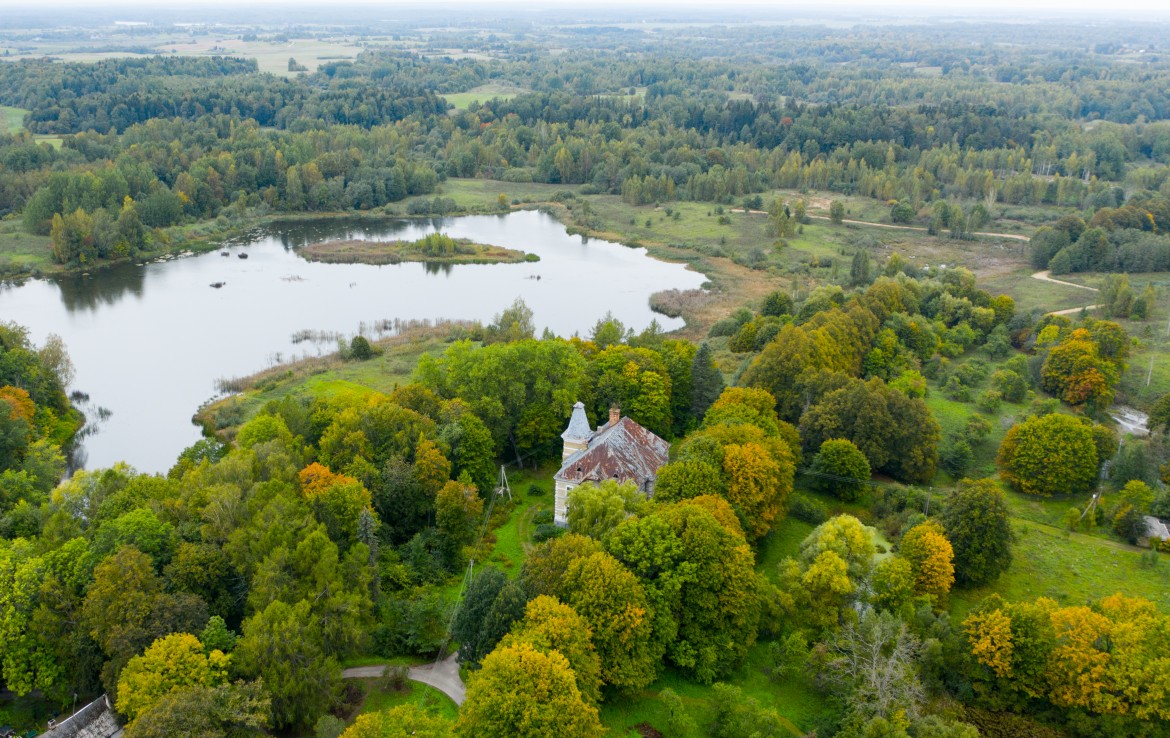 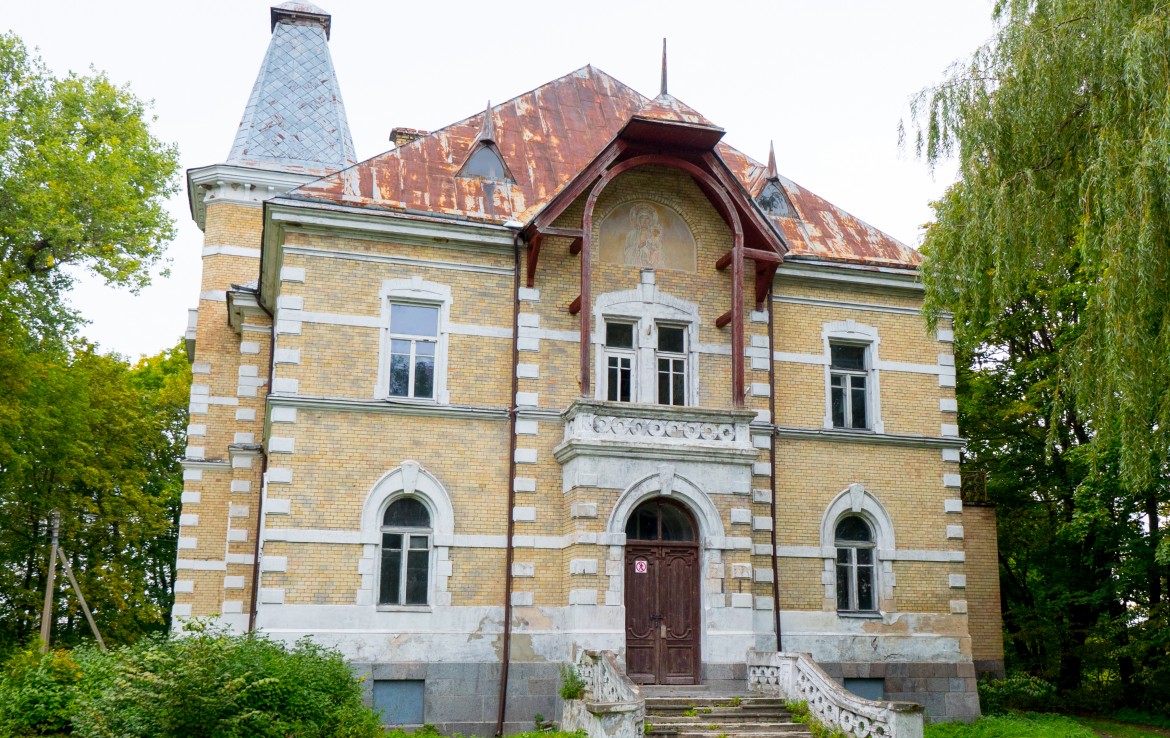 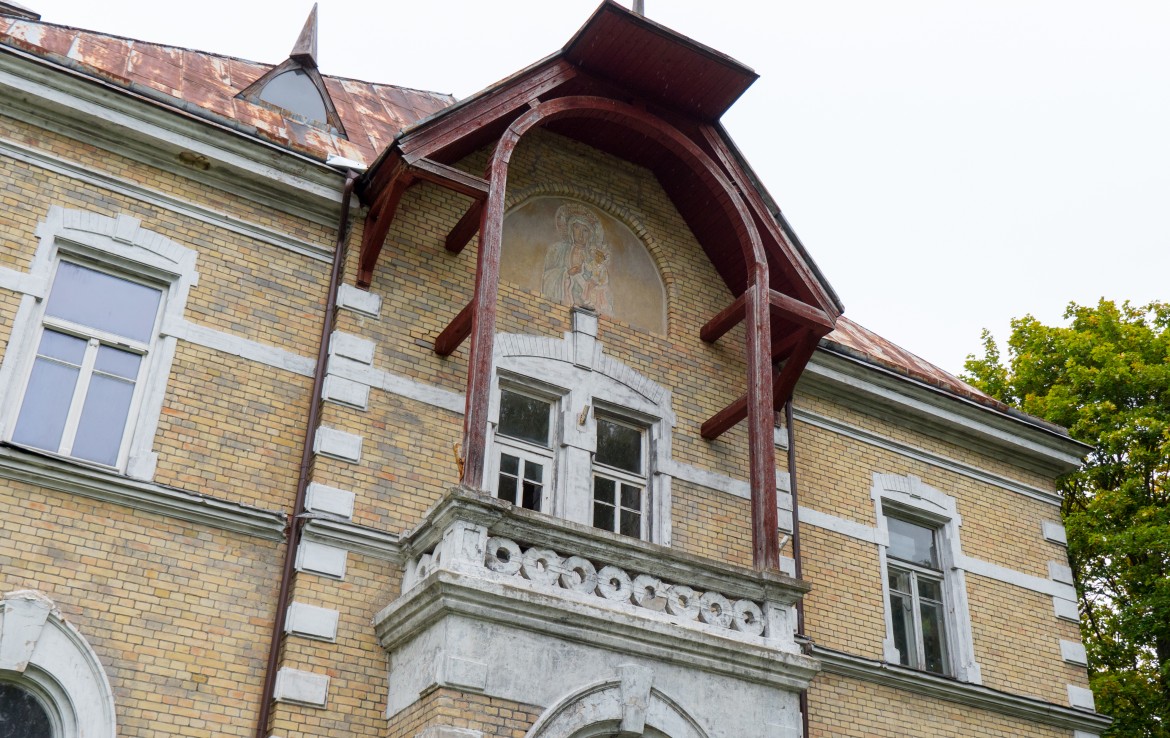 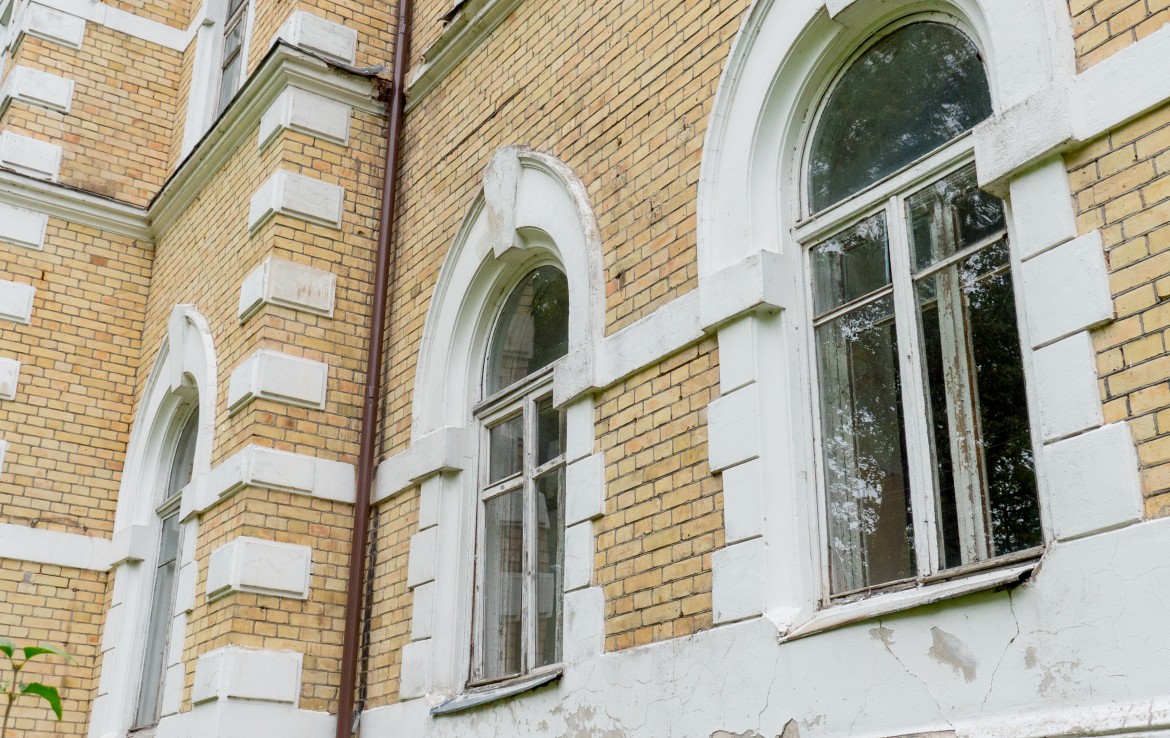 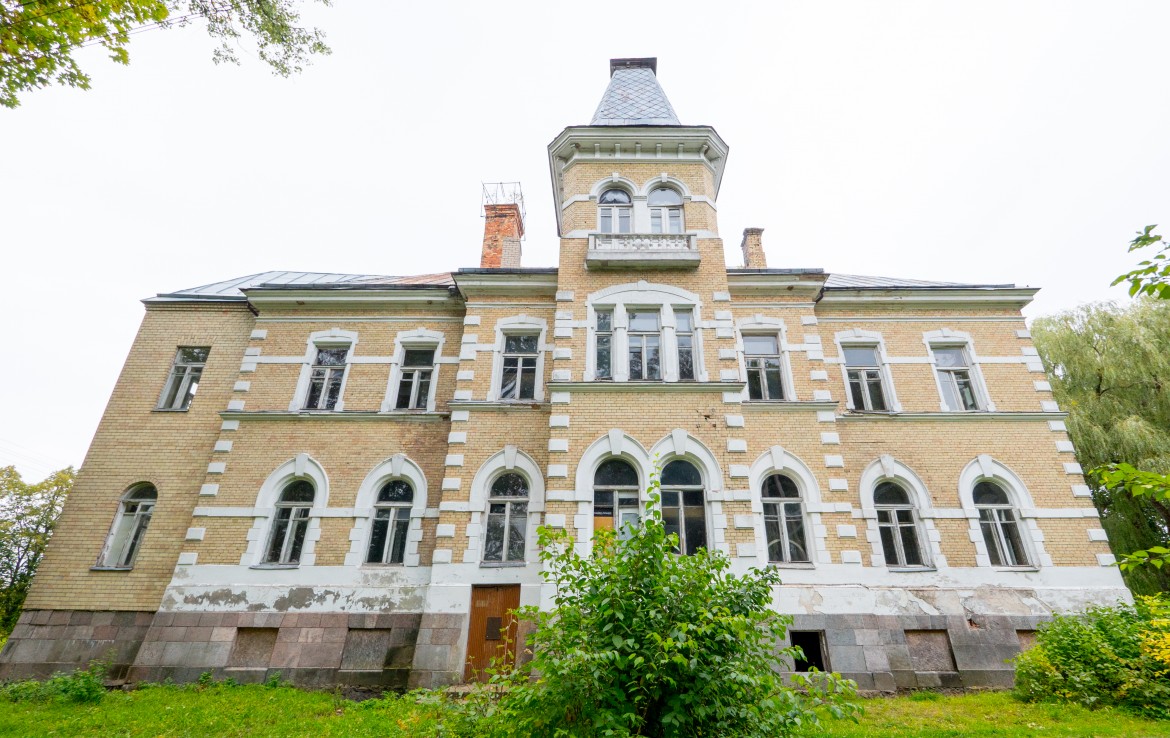 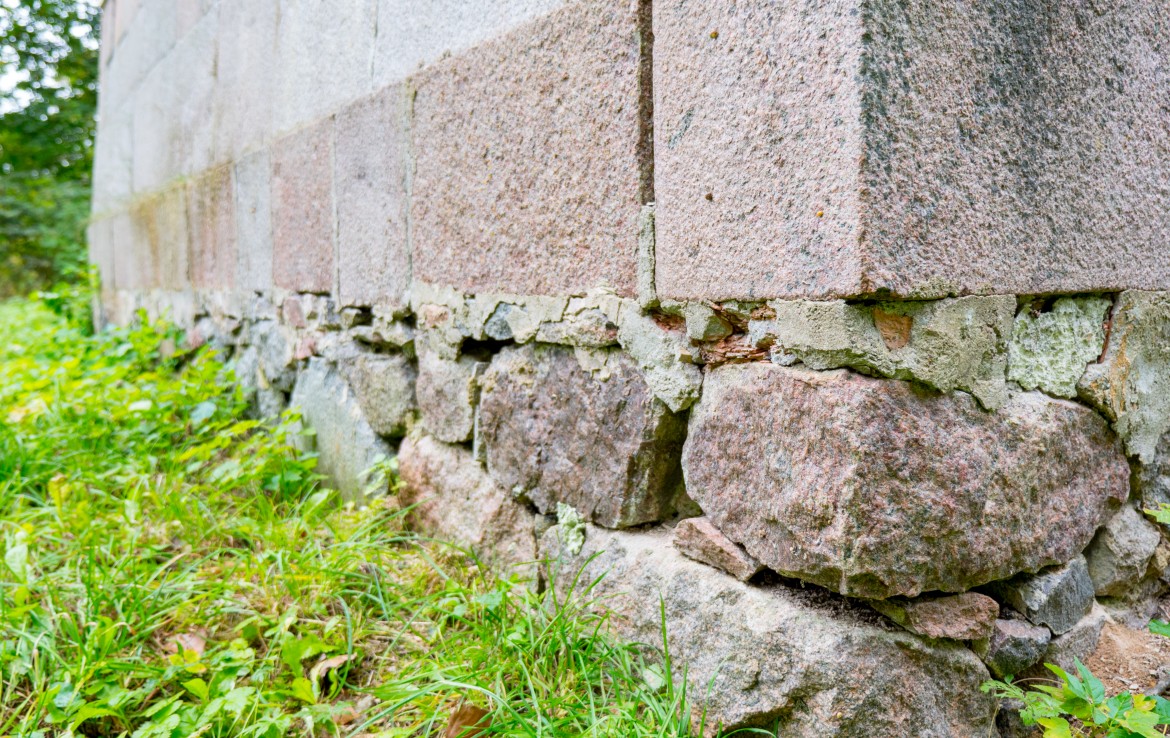 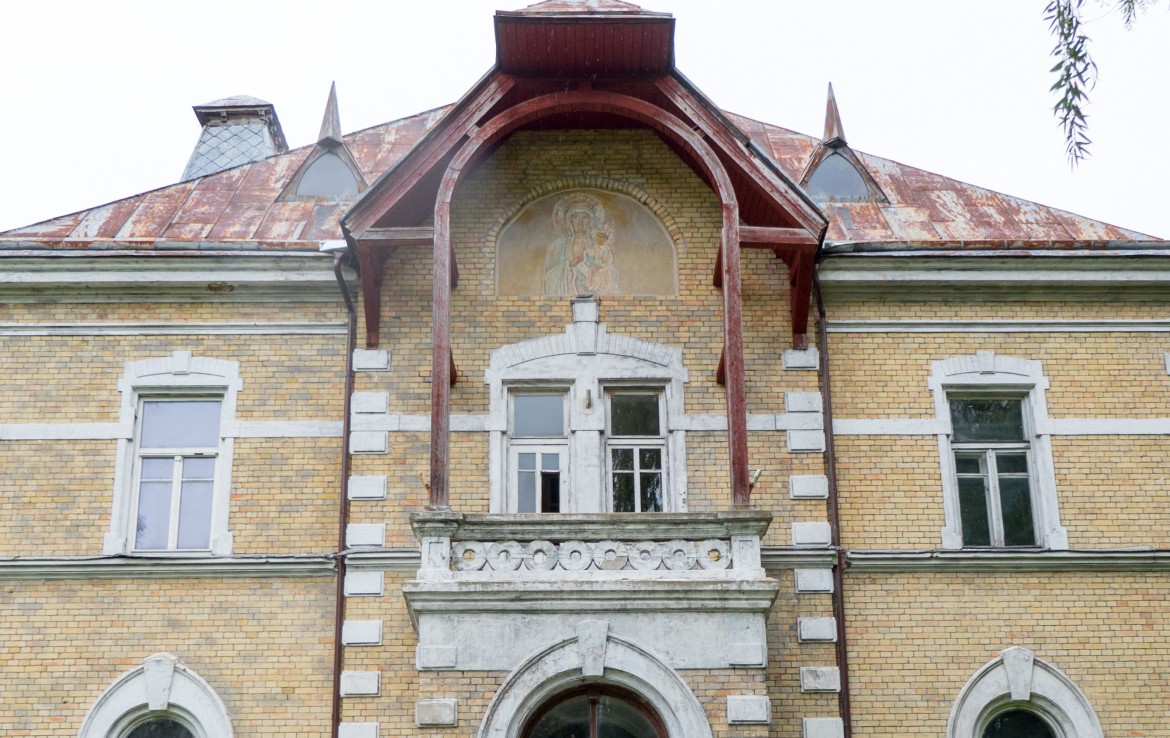 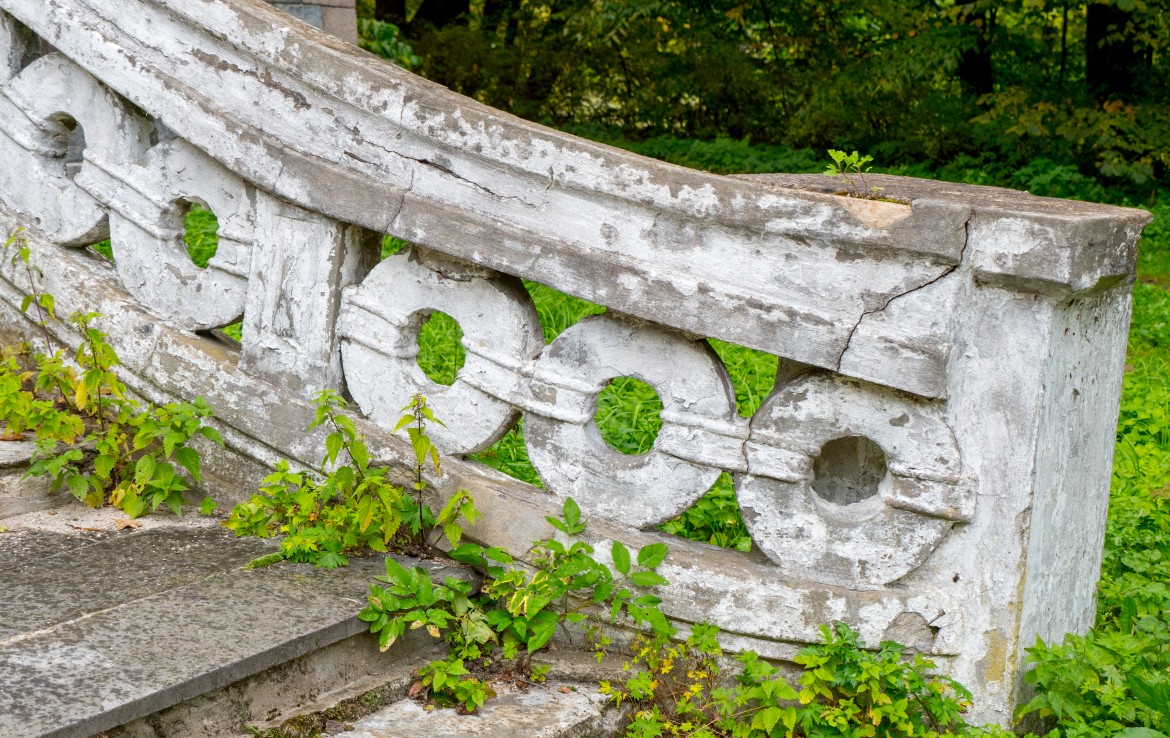 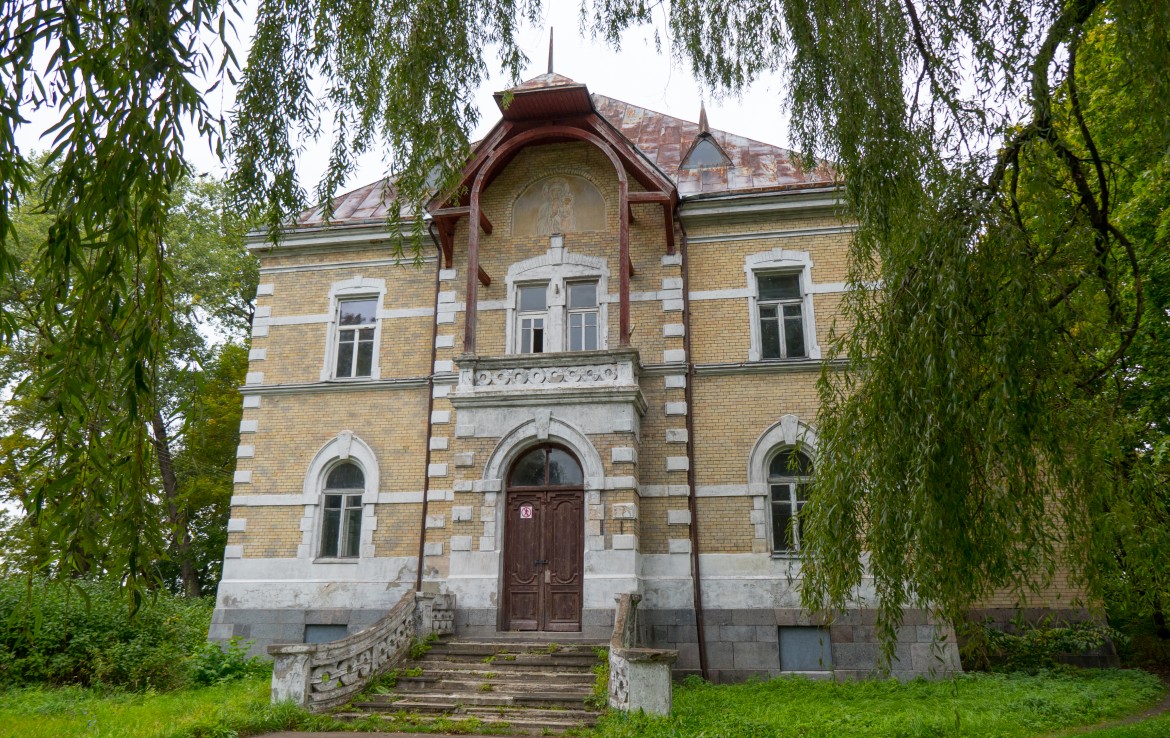 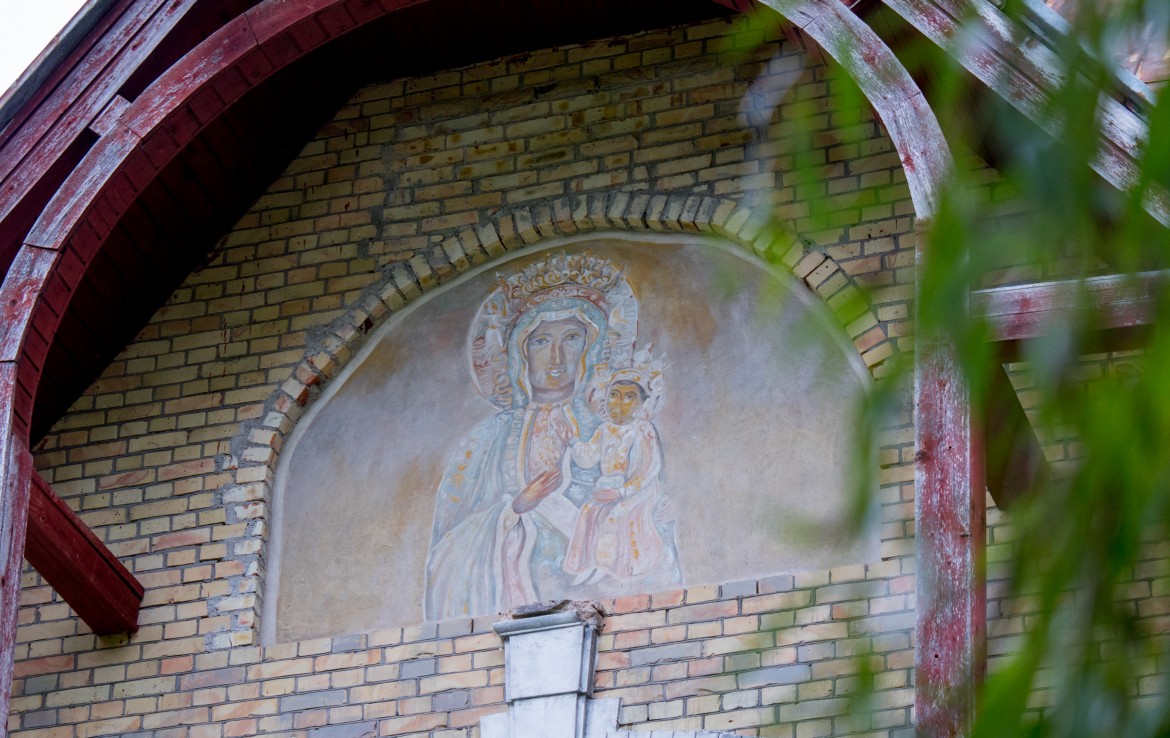 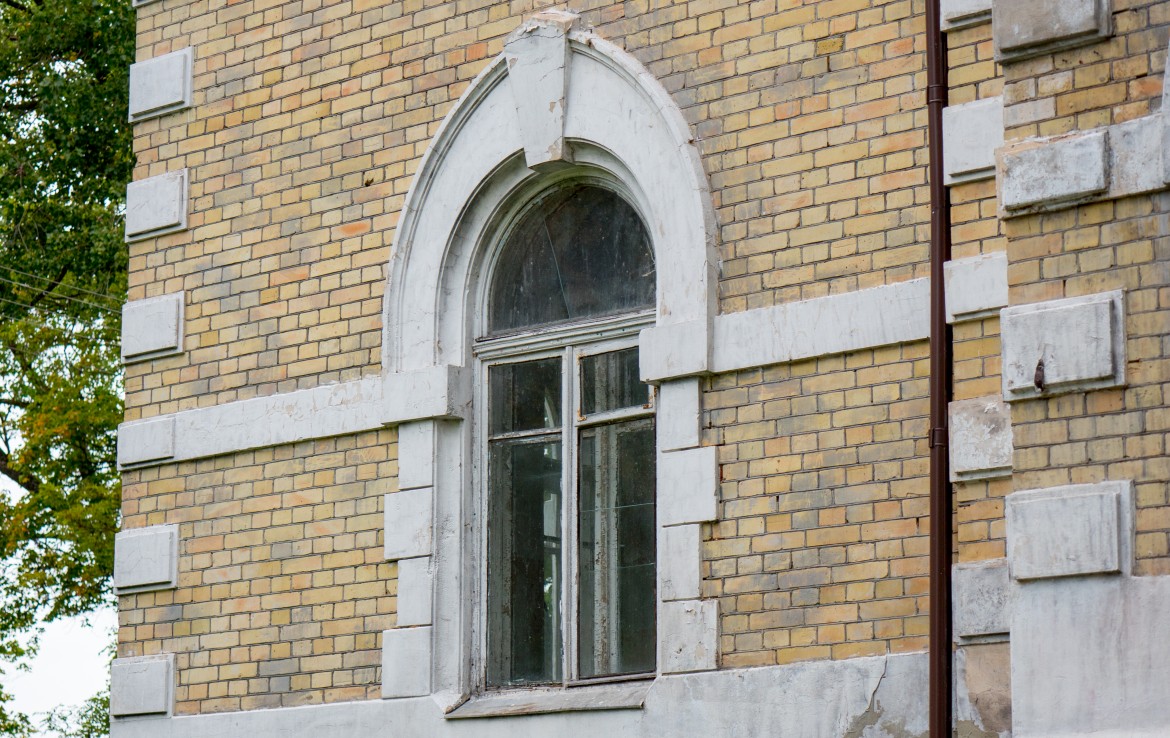