The monastery ensemble of Discalced Carmelites, uniting numerous stylistic layers, is mostly known for the former city gate (Gates of Dawn), which is a part of the monastery. The chapel built nearby hosts the famous picture of the Blessed Virgin Mary. However, the complex is also known for another famous object – the Church of St. Theresa, which is regarded as one of the first Baroque churches in the capital and the entire country. This title is particularly significant in Vilnius, sometimes referred to as ‘the city of Baroque’. The construction of the church began in the location of the old burned wooden one by the initiative of Stefan Pac and was completed in 1650. It is believed that the author of the church is the architect Ulrik. According to Klemensas Čerbulėnas, one of the most prominent architecture historian, the façade of the church, which stands out of the general composition, was most likely designed by the Italian Carpoforo Tencalla. Just like in many other Baroque churches, built during the Vasa period, this one was also strongly influenced by the Il Gesù prototype in Rome. However, we could say that the Church of Santa Maria della Scala in Rome, which is also related to the Discalded Carmelites, is an even greater source of inspiration for the shapes of this church.

Large volutes connect two sections of the sanctuary’s front façade. They feature a variety of pilaster compositions. The plane of the façade is decorated with large segmented cornices and smaller colourful architectural details, highlighted by granite and marble. The portal above the attic is settled in a deepened, rounded niche. The portal at the top is extended with the window and Baroque edgings, which take up the larger part of the top niche. The middle window of the top section is highlighted with bulky edging, a baluster and a massive semi-circular cornice. Darker pilaster capitals, fine edgings of the other windows and niches, volutes and obelisks, as if continue the corner pilasters on the top. The triangular pediment, shaped according to the front façade features the remaining coat of arms of the Pac family. The herald symbol of the Vasa family is included into the composition of the portal.

The church undergone greatest changes after the fire of 1760. The interior was reconstructed and the back of the church acquired a four-section belfry. Upon stepping inside you will see an impressive Rococo interior. This was an extremely ornate variation of the late Baroque style. Its shapes are featured both on the embossed and painted décor and some of the interior details as well. According to researchers, the great altar is one of the most valuable in the country. The murals are usually attributed to the works of Motiejus Sluščanskis. The church has numerous examples of mural paintings, but probably the most impressive piece is the composition of eighteen murals about the life of St. Theresa, arranged on the vaults of the nave. In 1783, the church was supplemented with a mausoleum chapel of Pociej family on the street side. Both interior and exterior of the chapel features late Baroque elements, which already have some hints of the upcoming Classicism. 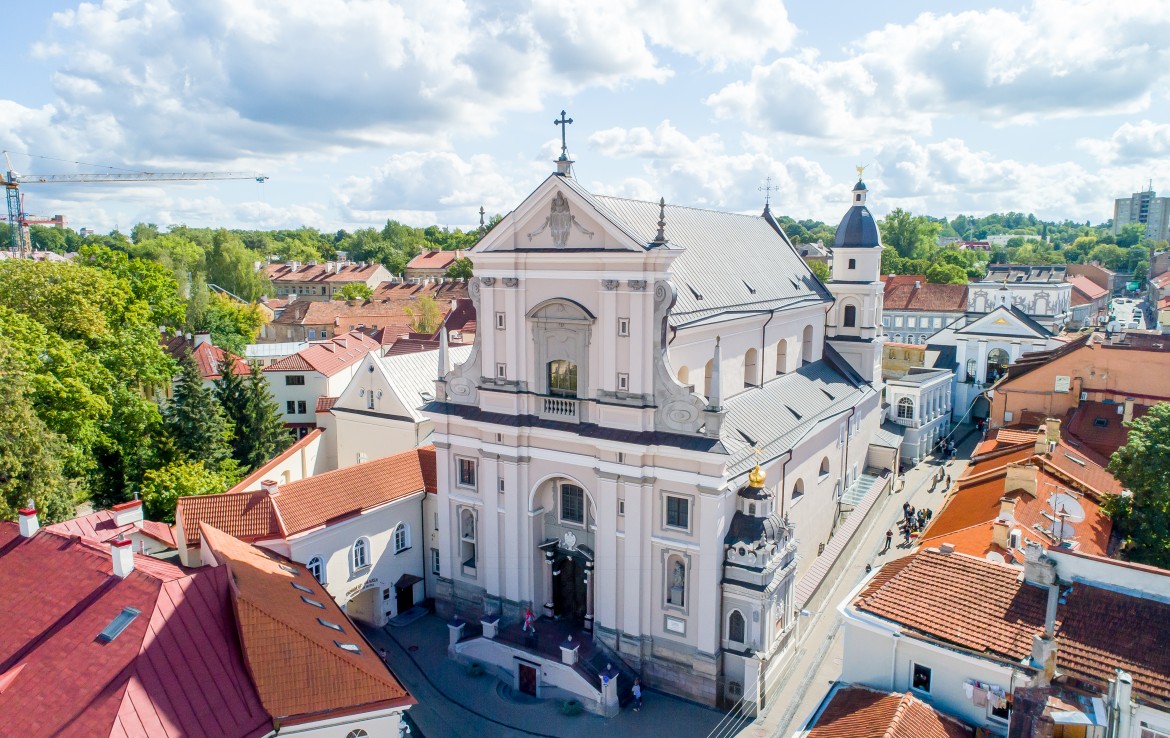 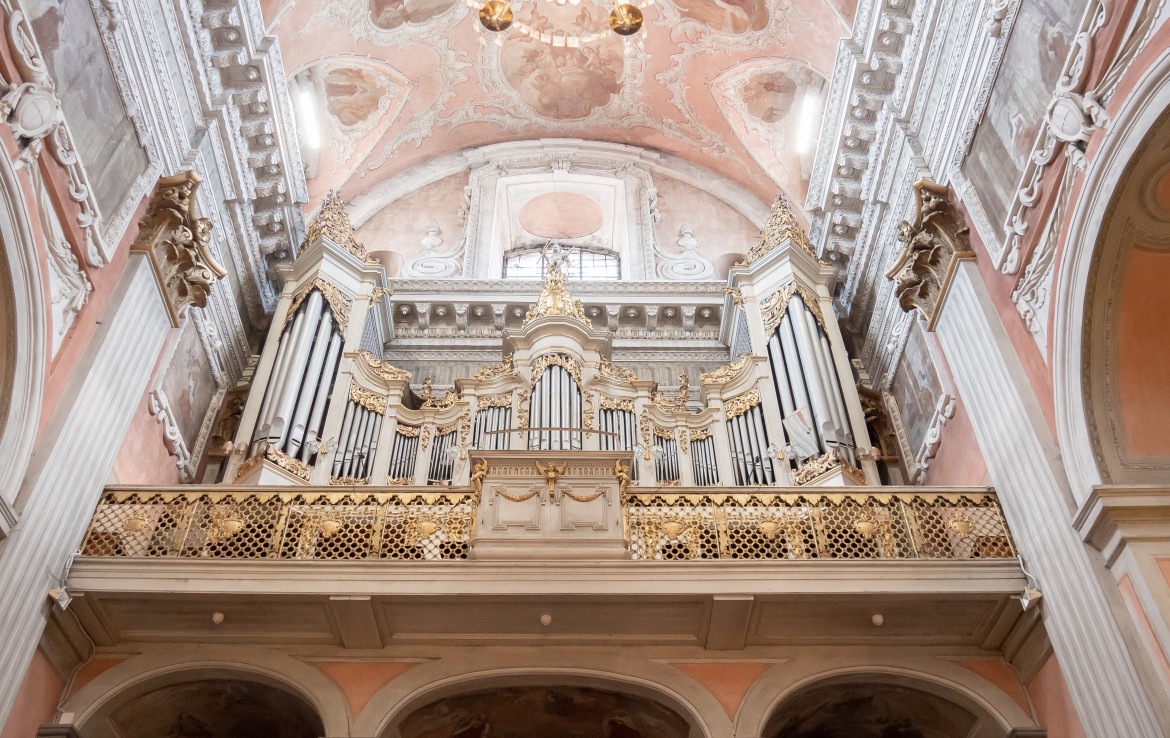 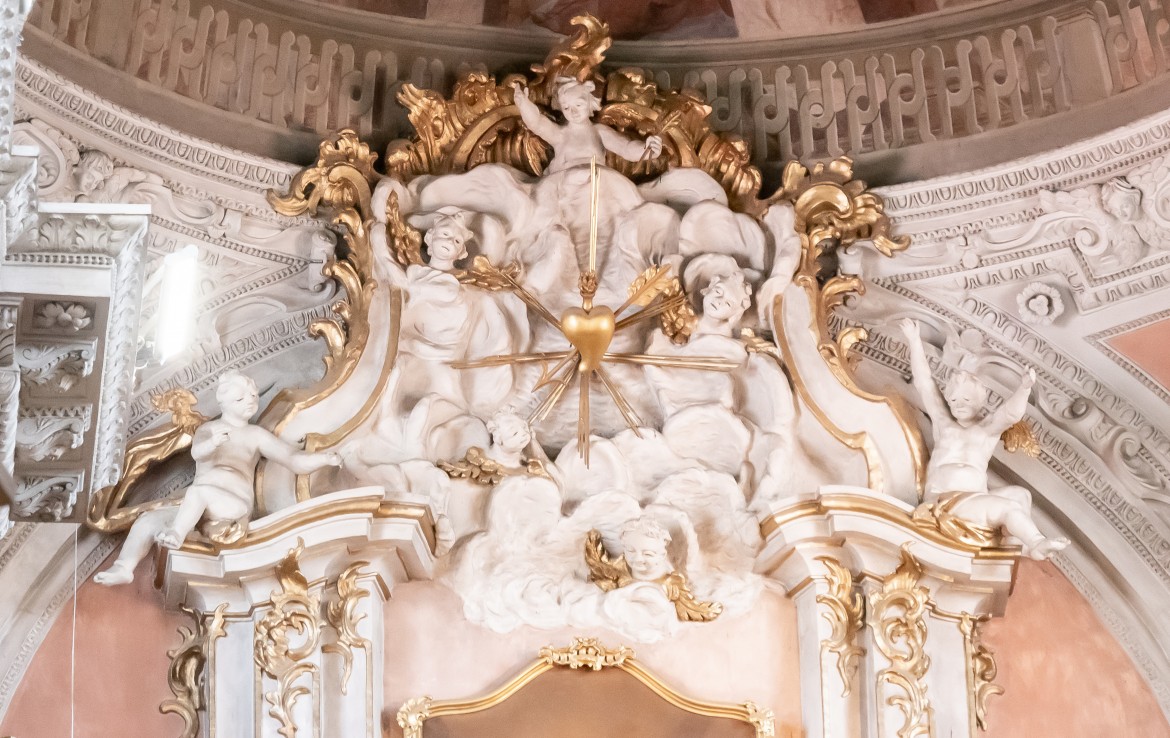 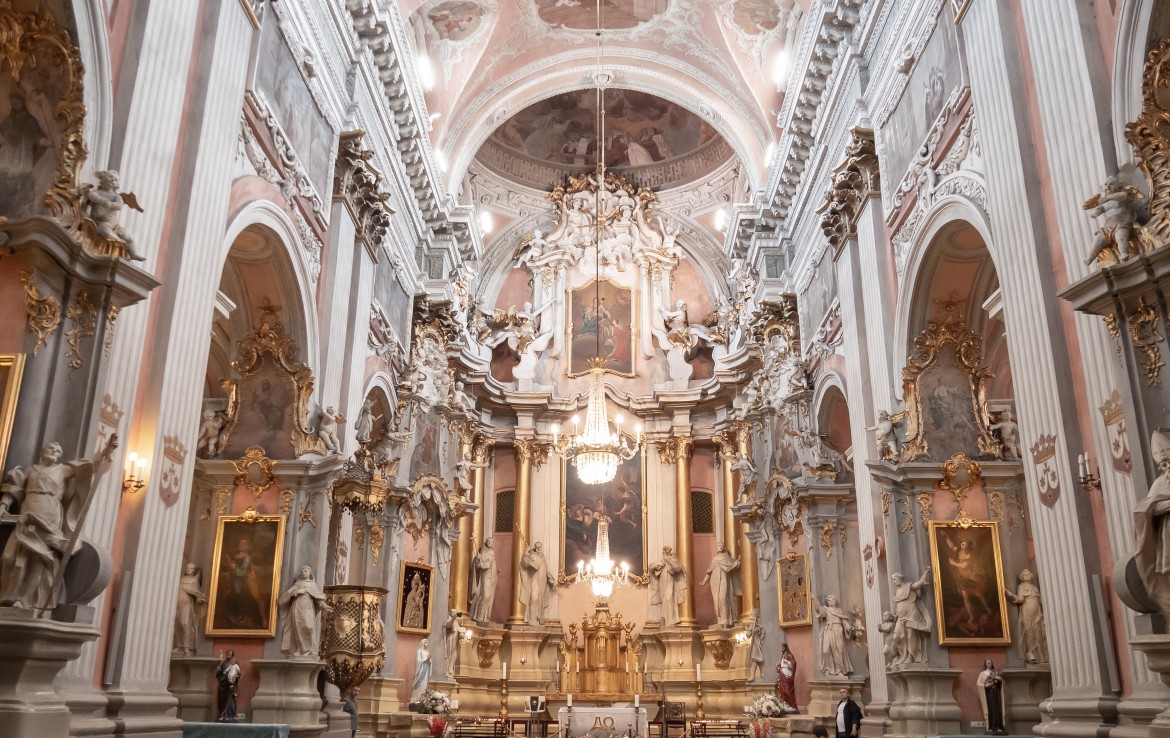 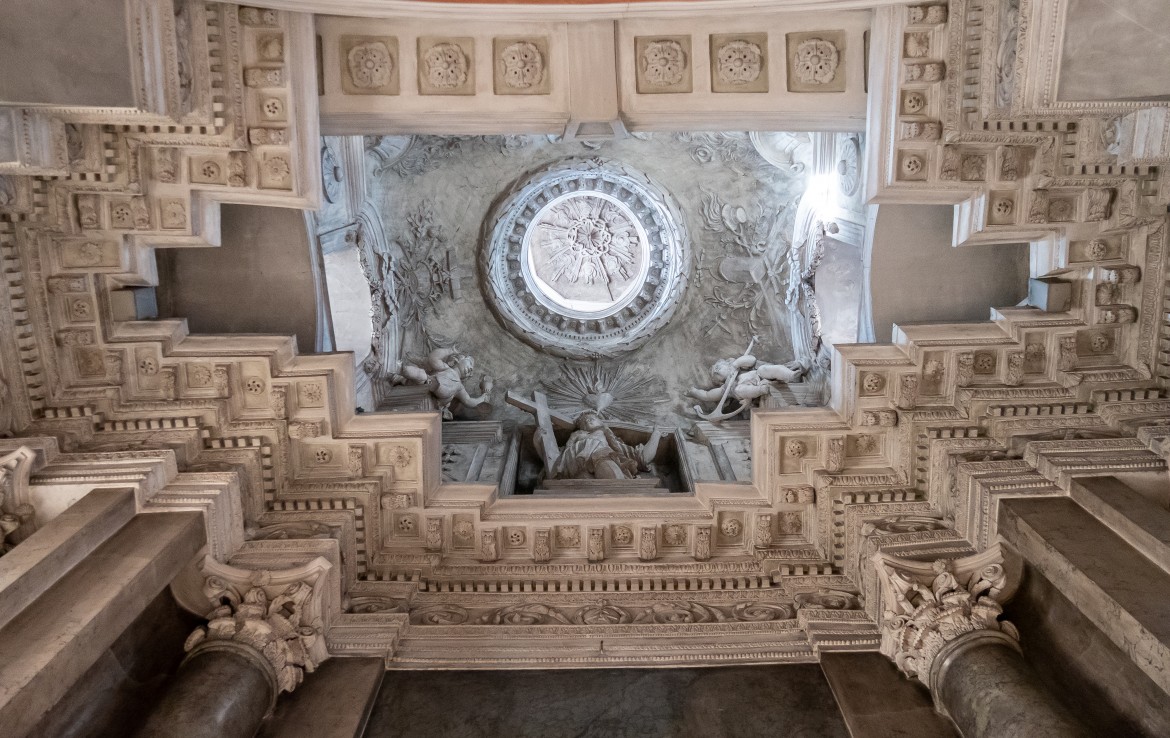 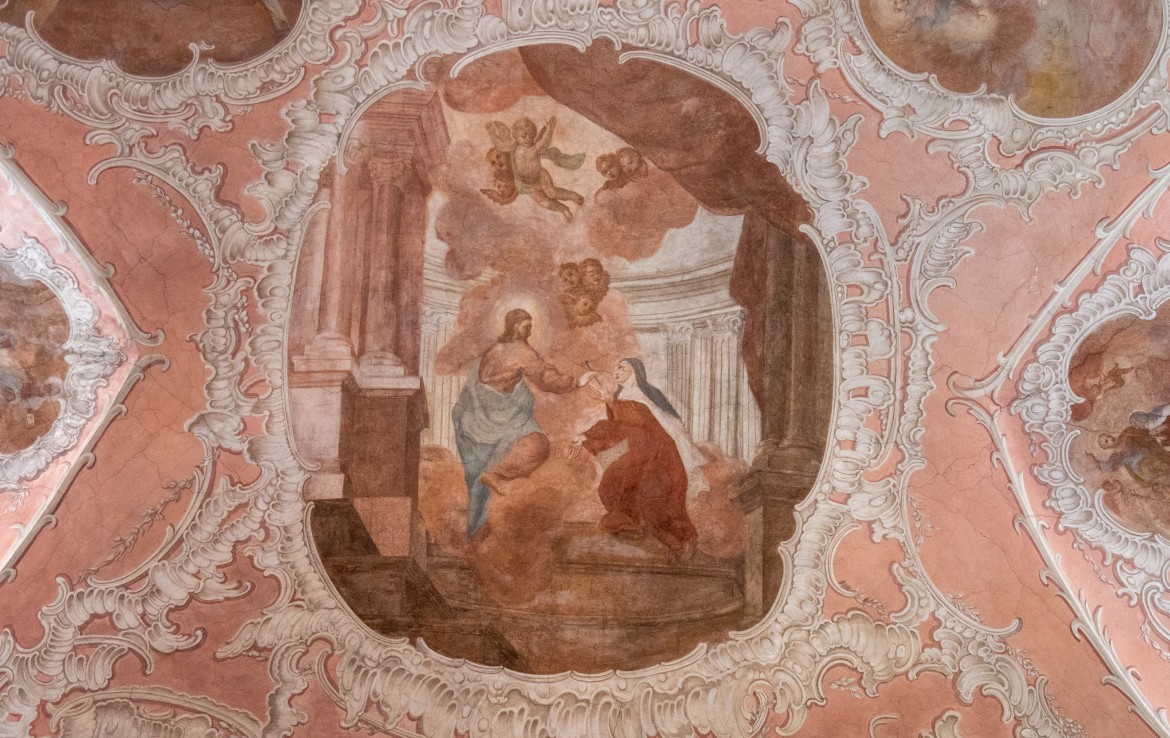 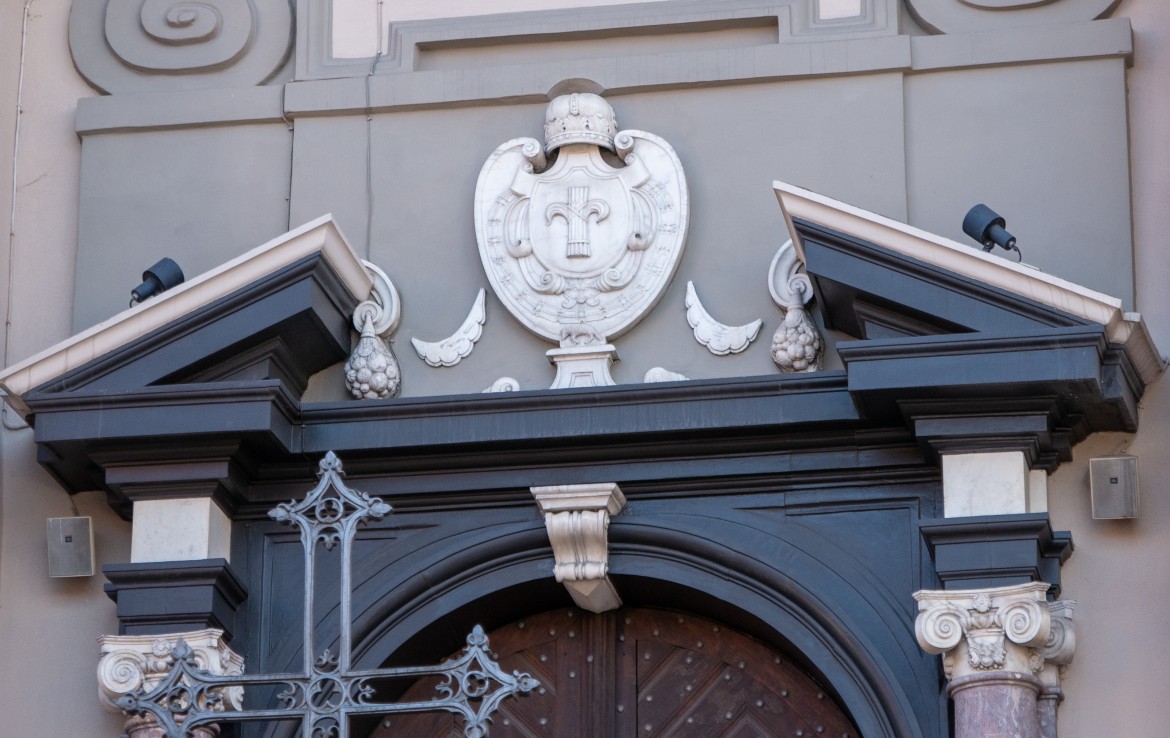 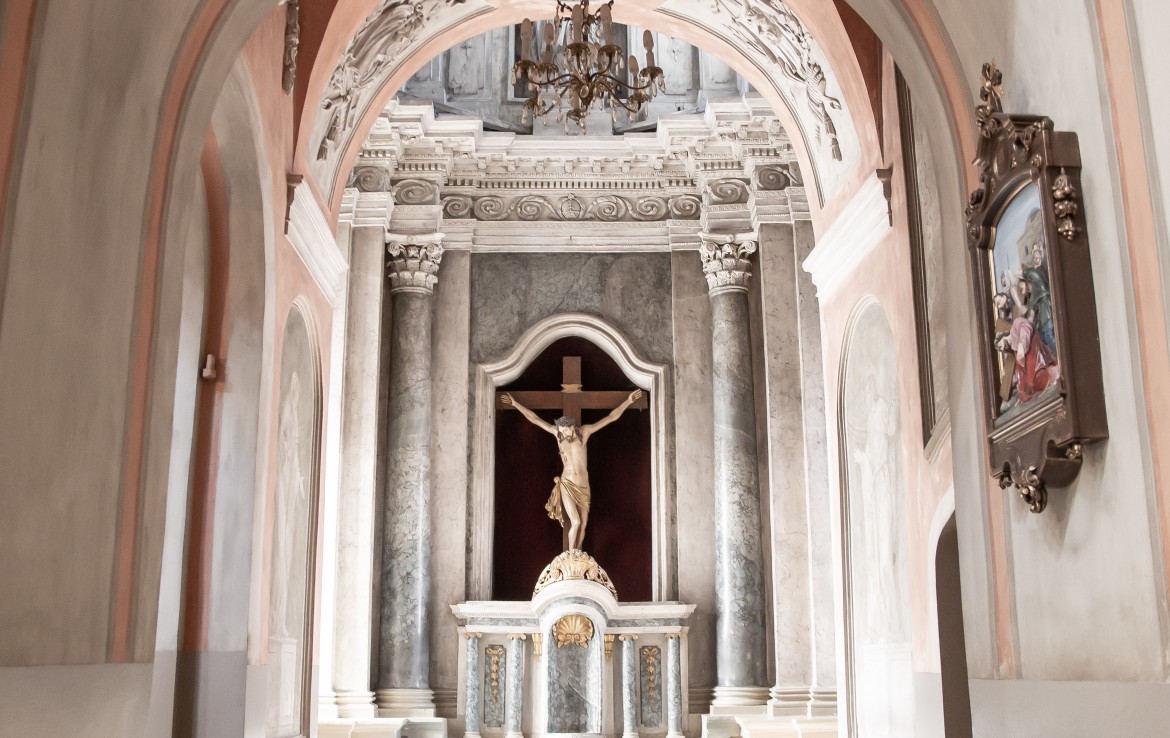 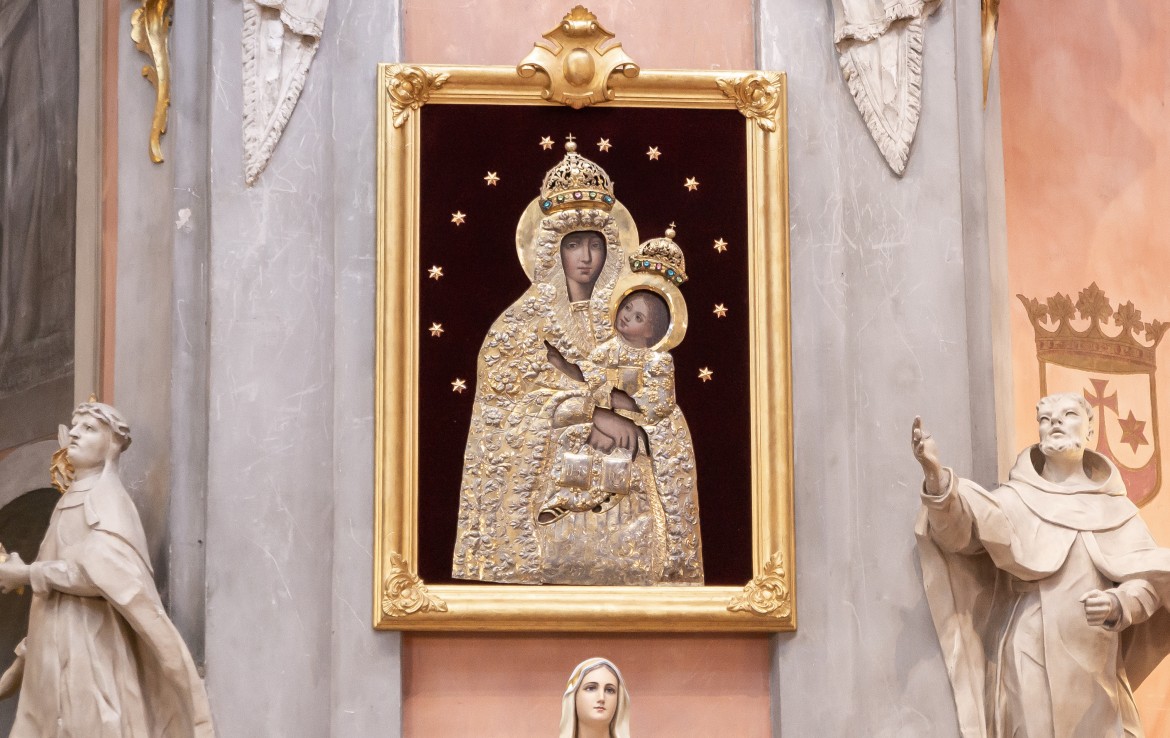 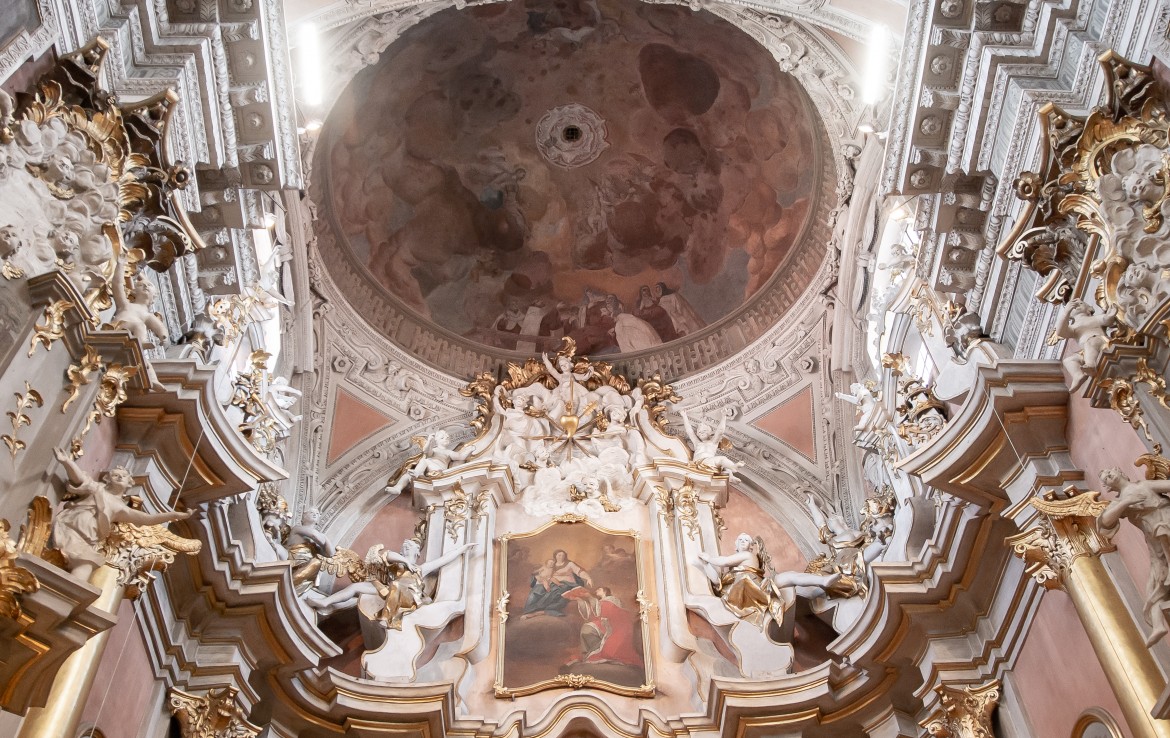 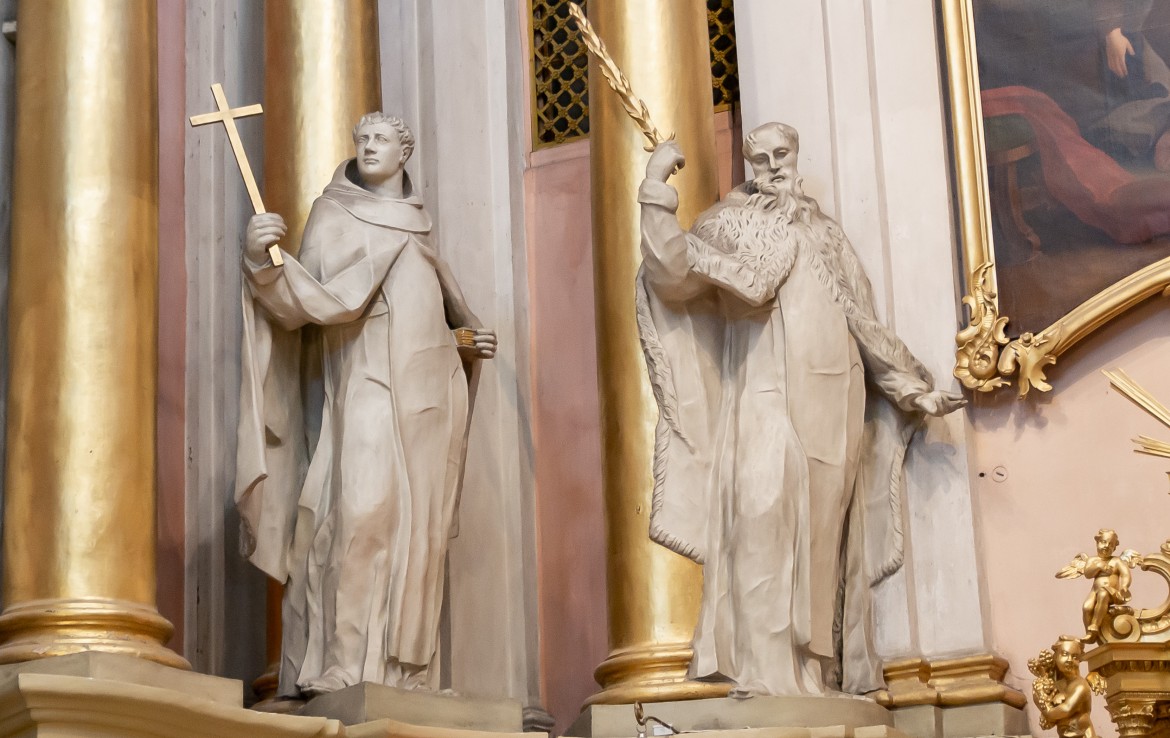 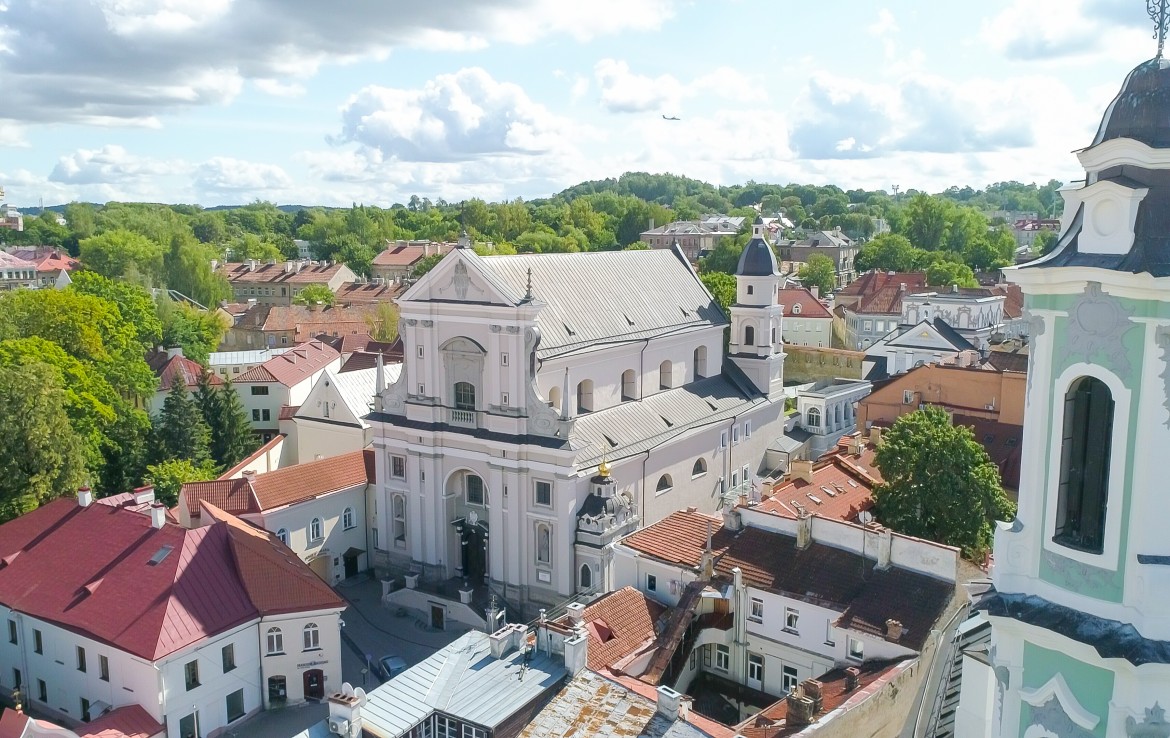