The author of the current Vilkija St. George Church still remains unknown; however, it is still a quite typical example of a neo-Gothic sanctum of the turn of the 19th – 20th centuries. Built on a hill, it seems as its crowning the “amphitheatre” layout impression of Vilkija, which is settled on the slope. The old church, having burned down in 1892, was located at the centre of the town, in the lower terrace of the valley. It was the appearance of the new church that marked the partial movement of the centre of Vilkija uphill in the 20th century.

Two towers framed with stepped buttresses dominate the main façade. Here the architecture is formed through the most typical elements of the brick neo-Gothic: the pointed arch niches and windows, pinnacles surrounding the spires of the towers, a triangular pediment incorporated between the towers. A massive pointed arch niche, split with smaller niches, the top of which is highlighted with a massive rosette window, seems to “rise” from the protruding main entrance portal and extending through the two sections of the façade. It is noteworthy that the composition of the “front” façade of the sanctum is similar to that of the Salantai church, the author of which was K. E. Strandmann during a similar period.

The lateral façades of the hall, Latin cross shaped sanctum are split by a rhythm of pointed arch niches and buttresses.  The doubled pointed arch windows, completed with a circular window, located in the pointed arch niches can also be seen in many sanctums of that time. The harmony of the polygonal apse and the transept façades, replicating the church’s plan and completing it is also noteworthy. However, the apse is lower than the later and the volume of the main part; compared to the transept. its composition is a bit more modest. The architectural interior solutions, as well as the internal equipment, such as altars and pulpit are adapted to the Neo-Gothic character of the church. 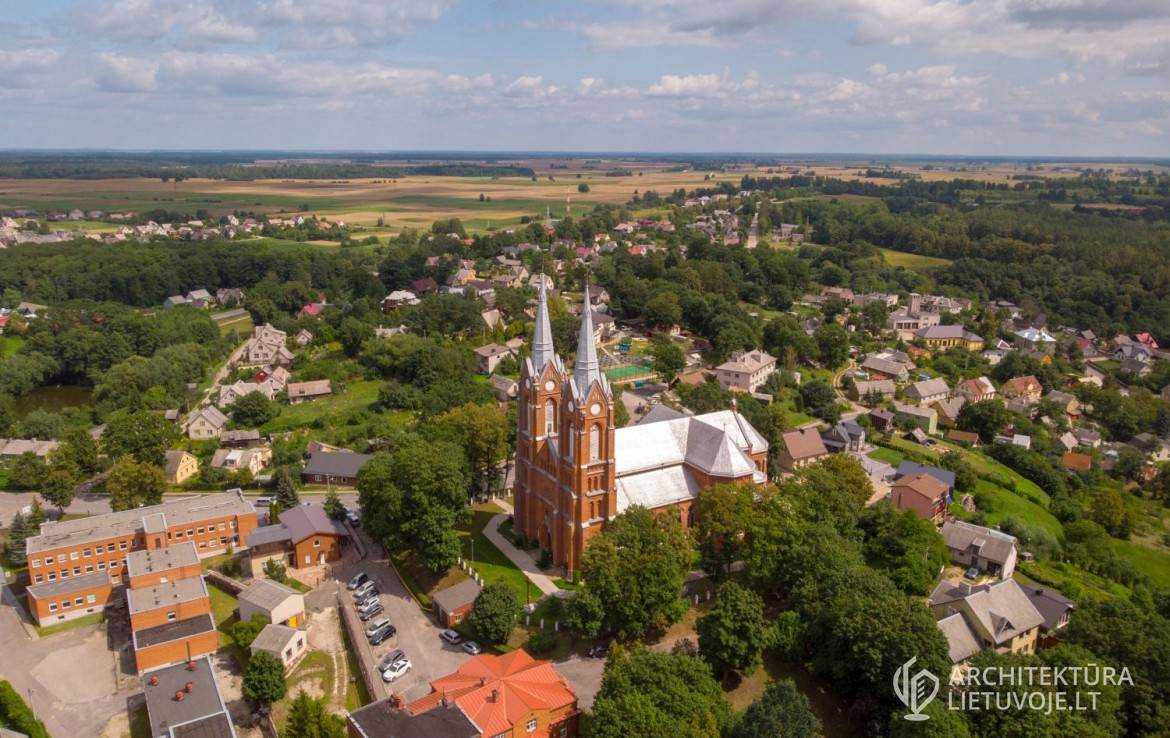 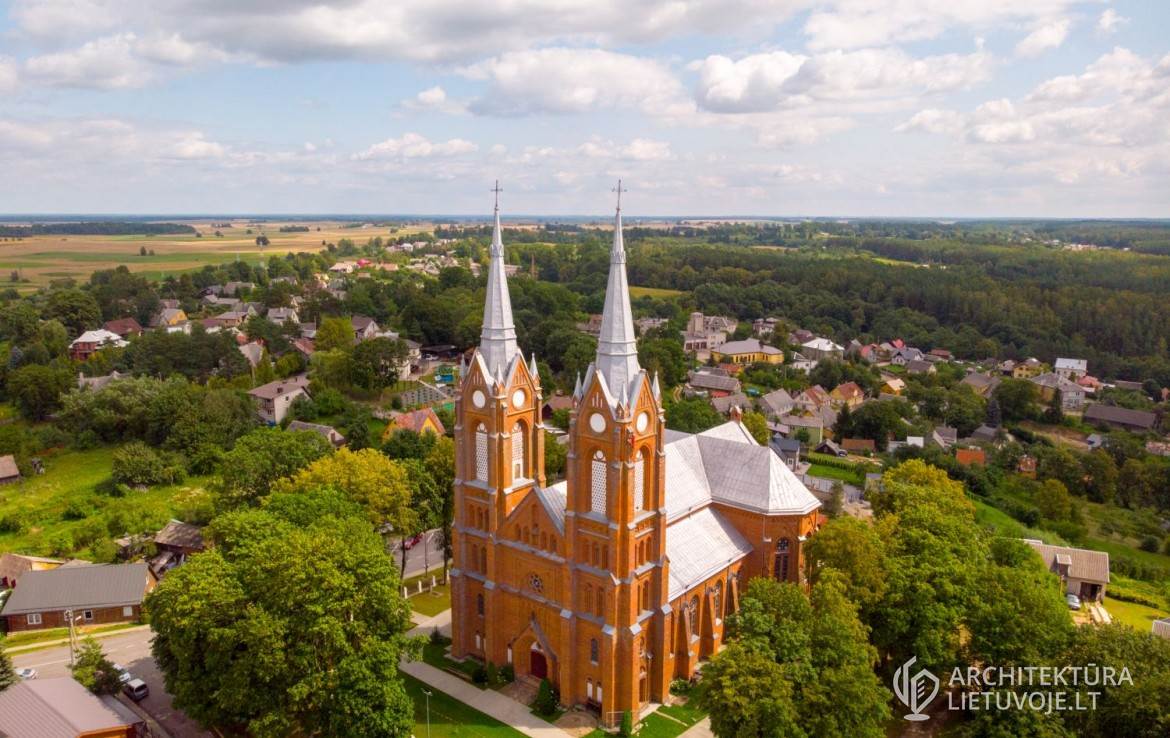 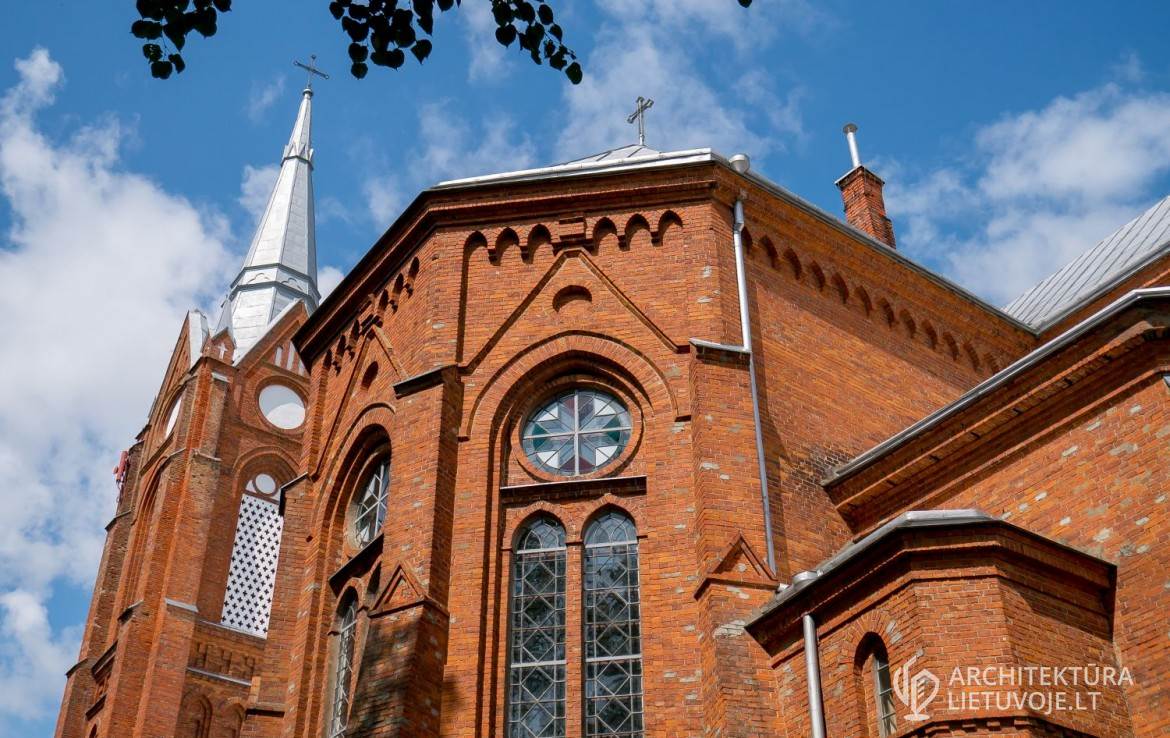 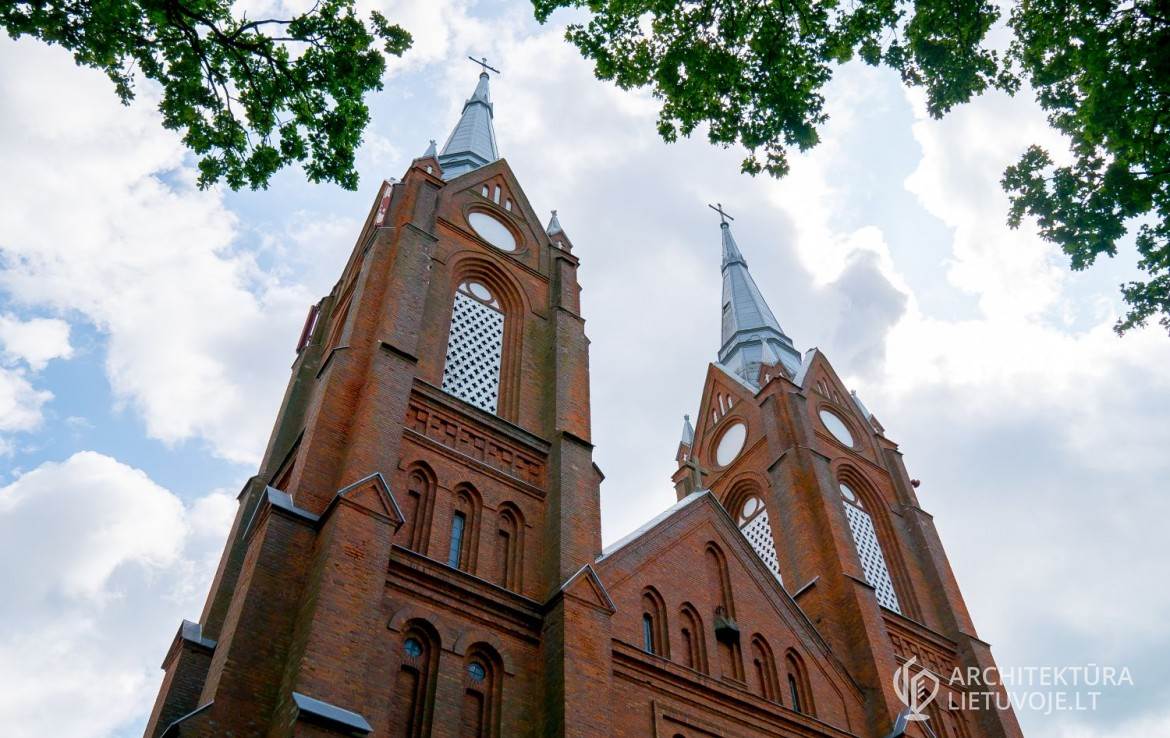 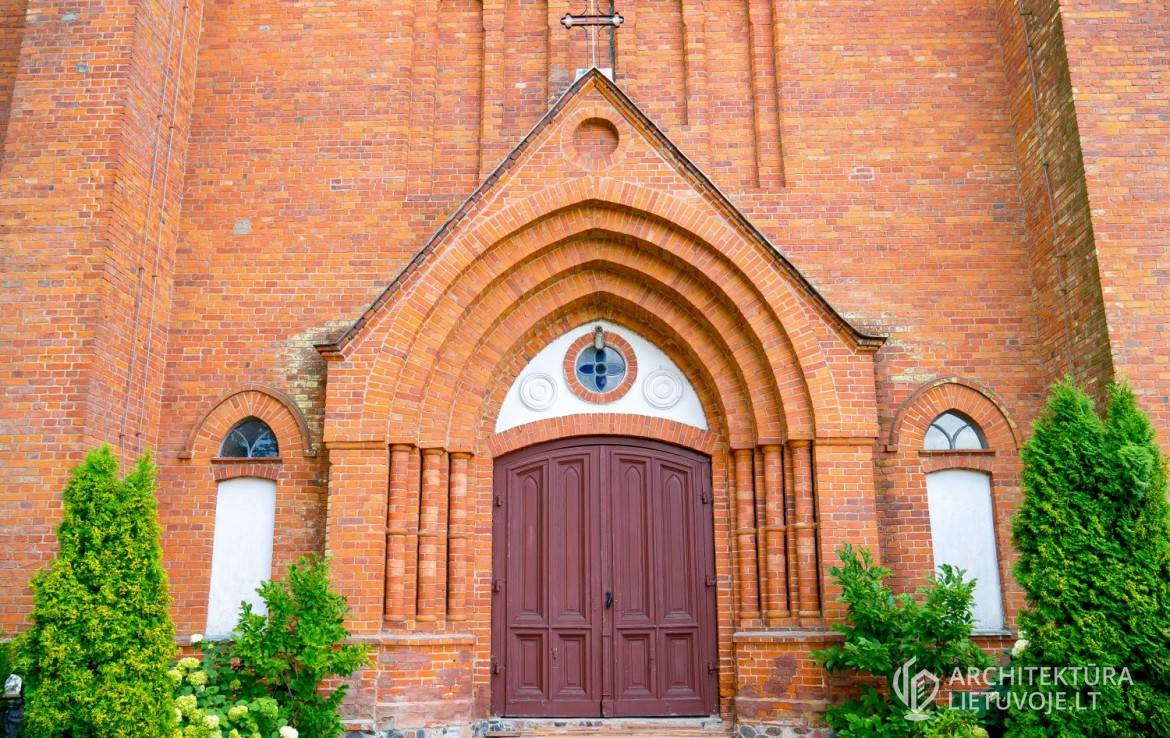 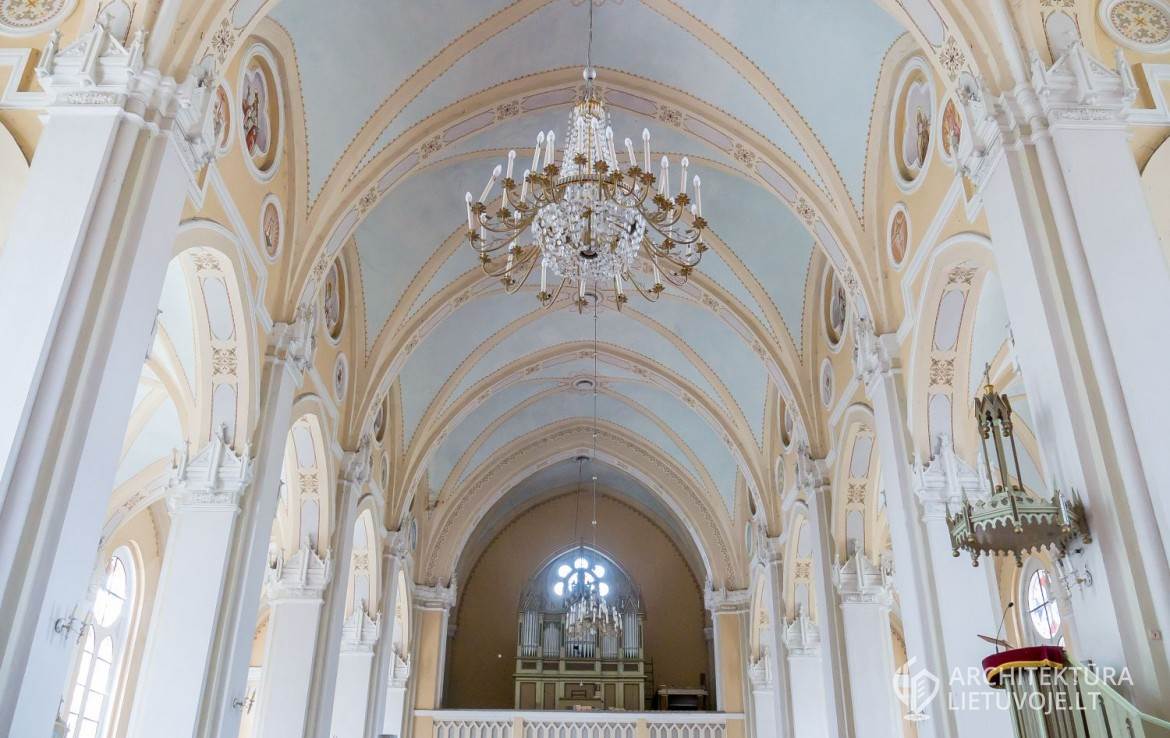 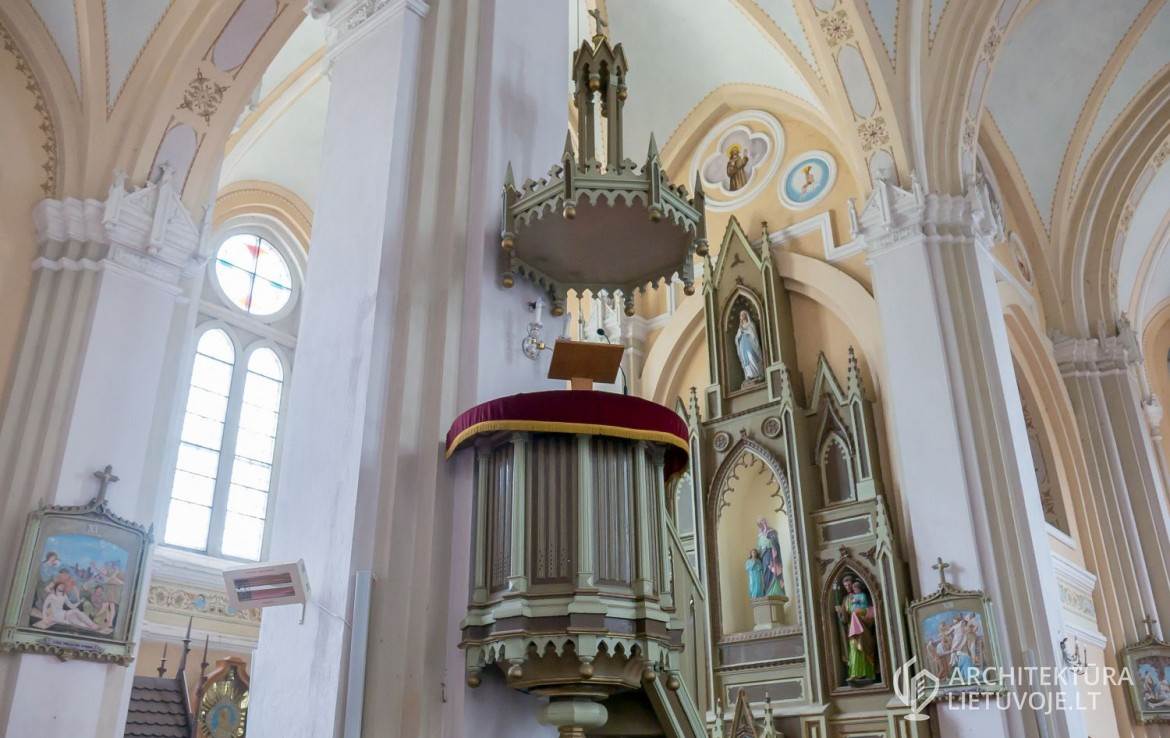 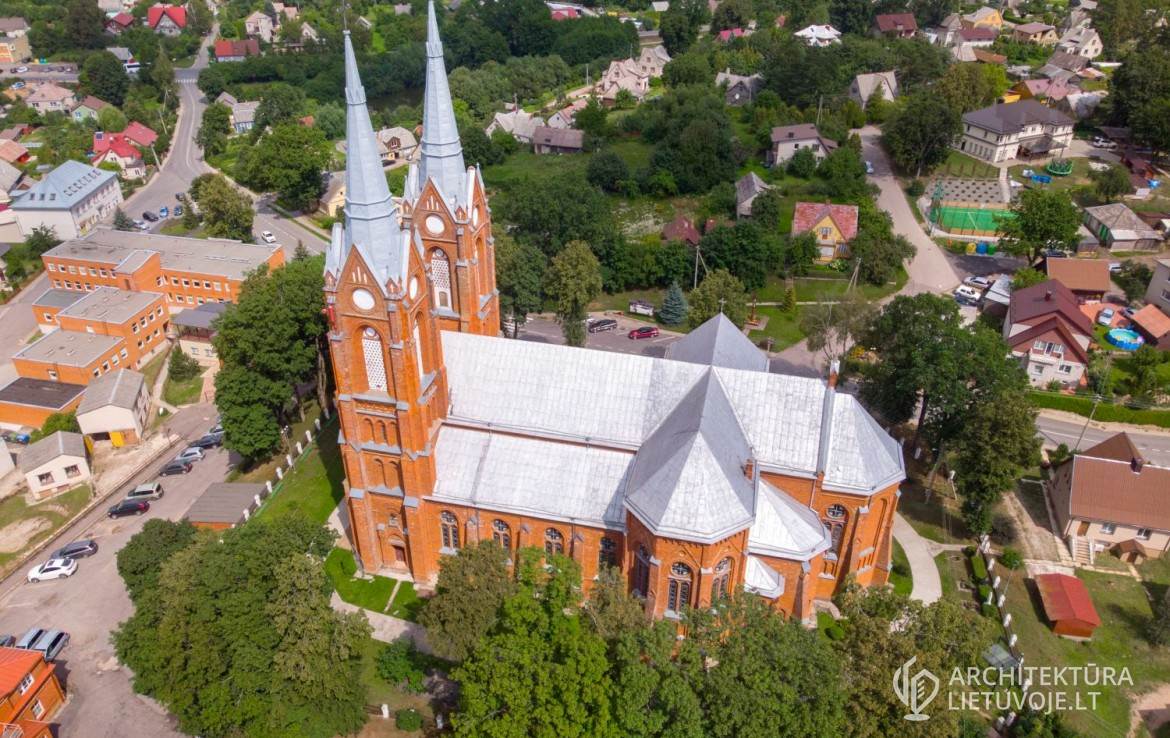 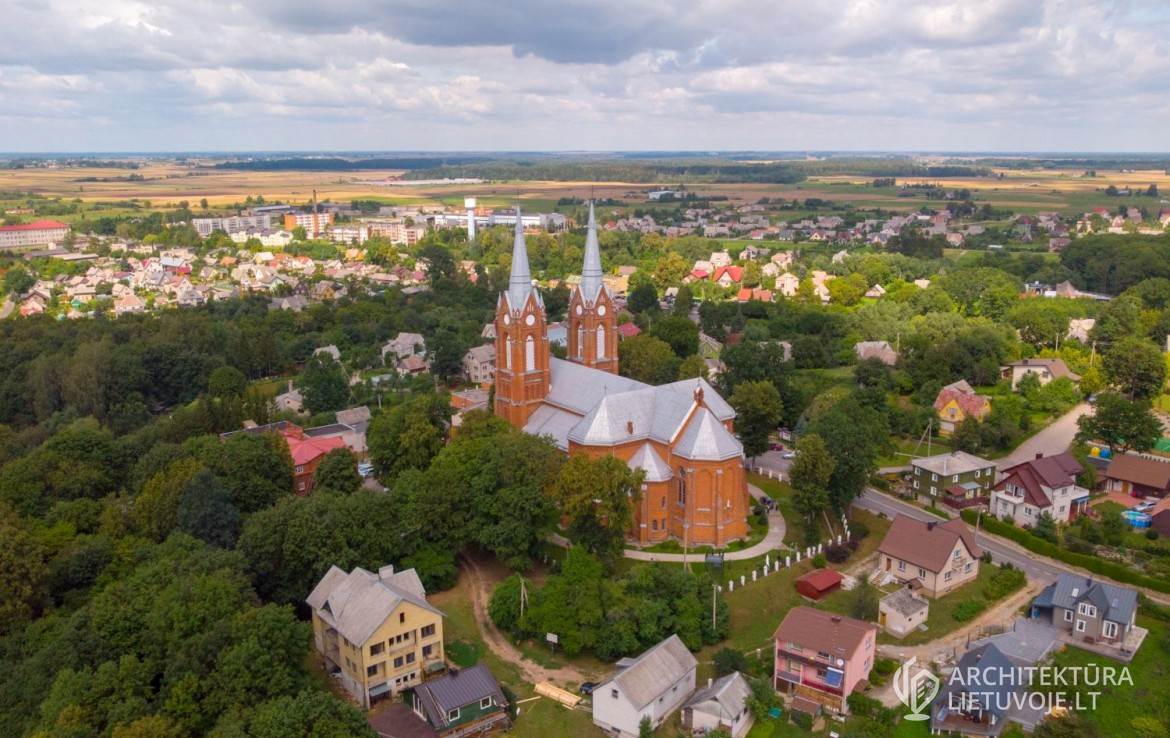 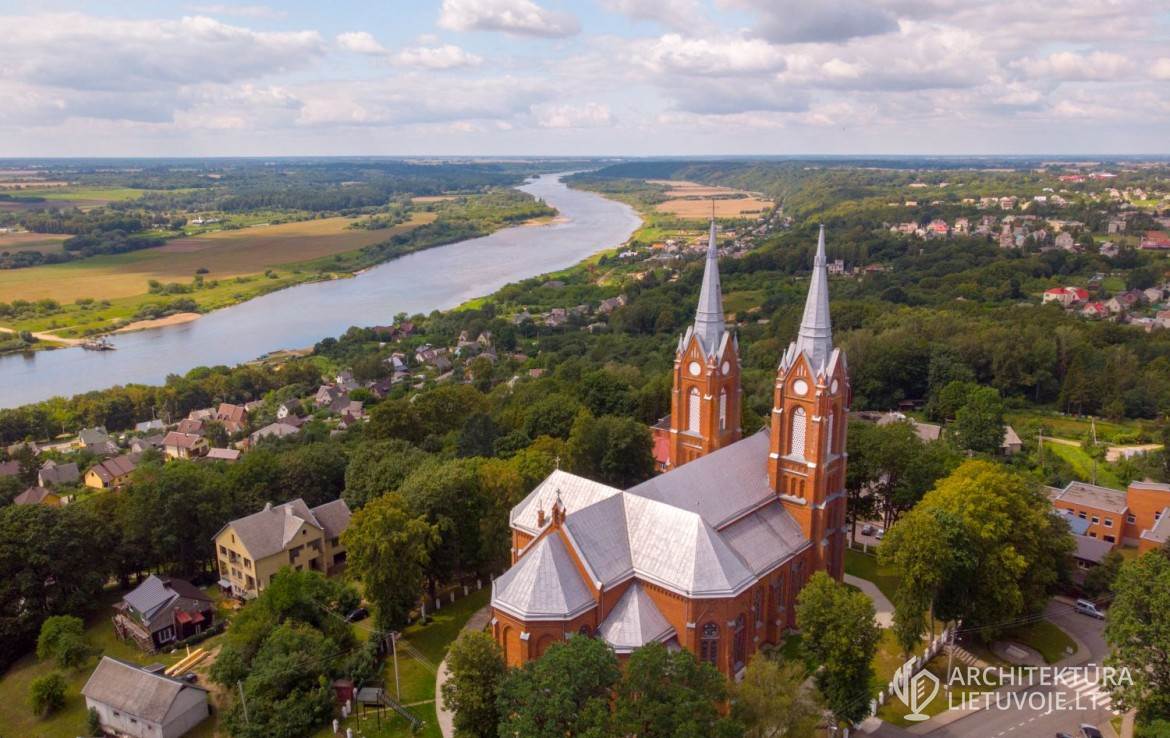