Hotel “Central” should be considered the first resort’s hotel, completed in 1909. It was an example, characteristic of architecture of the time, designed in the prevailing spirit of Historicism. This building was one of the first masonry buildings in Druskininkai, emerged among wooden villas, bearing witness of development of the resort, increasingly popular at the time. Among other things, the building is linked to one of the most prominent artists originated from Lithuania’s territory – Jacques Lipchitz – the hotel was built by his father. The building has retained its original function until Soviet occupation – decision was made then to convert the nationalized structure into hospital. Just in the first decade of the 21st century, in the renovated building accommodation services started to be provided again.

The main facade of the building, having a plan in the letter “L” shape, is symmetrical – side parts and the central avant-corps stand out due to the pilasters. As has been expected from a hotel built in a resort at the time, the edifice is quite abundantly decorated – especially ornate is the first floor, in the details above the windows, one can see a floral relief decor. The cornice having dentals, by the avant-corps is broken and runs along its width. The motif of slightly larger dentals is used in the pediment as well. Although one can discern in the building both Neo-Baroque and Neo-Classical features, still perhaps the main decorative accent is the pediment of the central avant-corps, closely related to Neo-Byzantine forms, which at that time spread also into the secular architecture of the Russian Empire. Having entered through the survived doors, still echoing to the spirit of the period, one can see inside of the hotel even more details, part of which has been restored. For example, stylized Corinthian pilasters, stair handrails and stucco items in the ceiling decor. 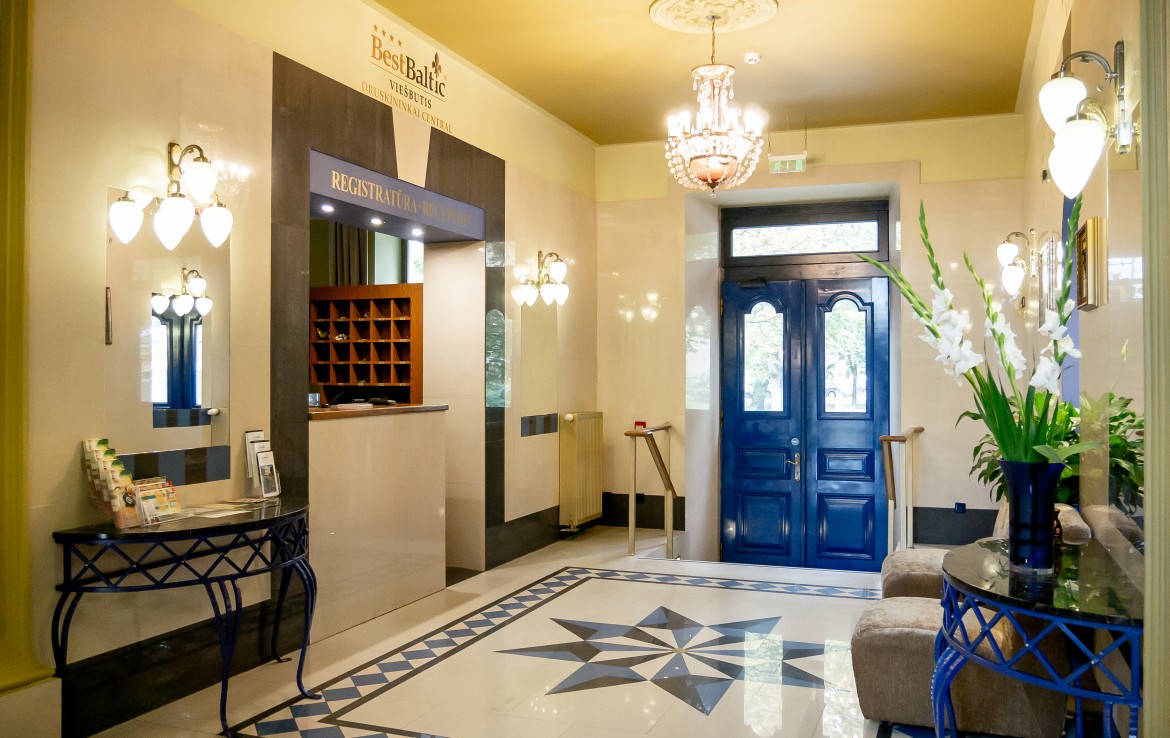 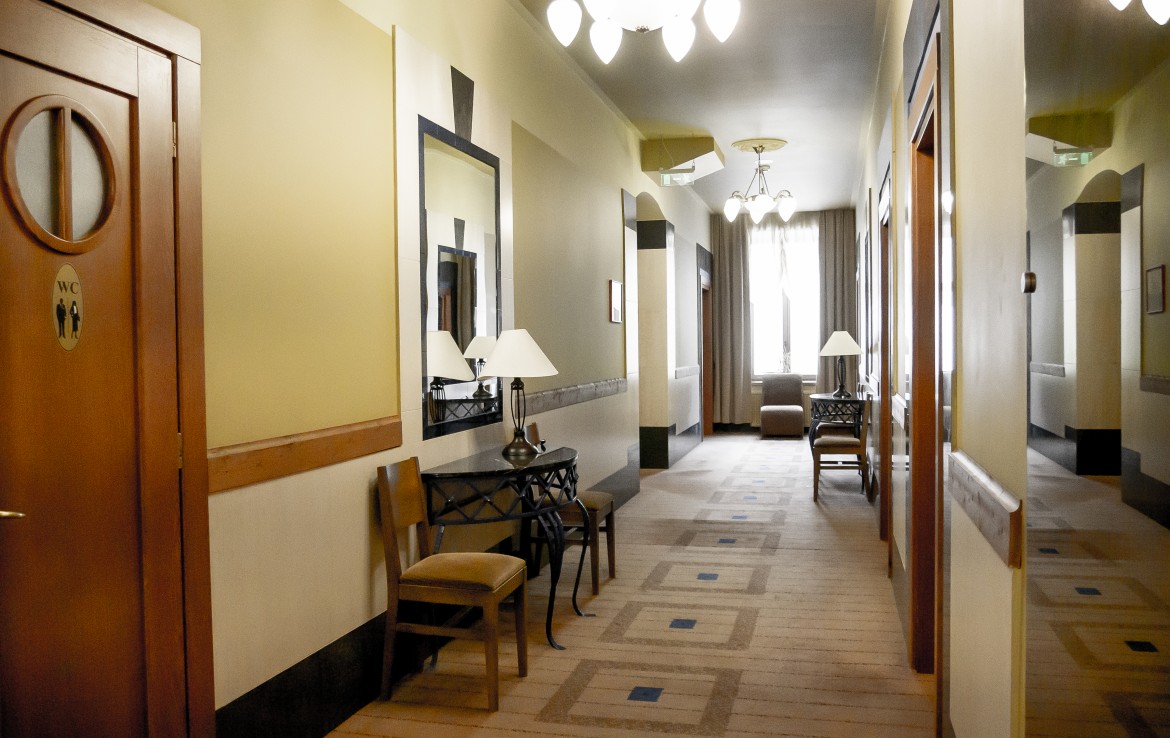 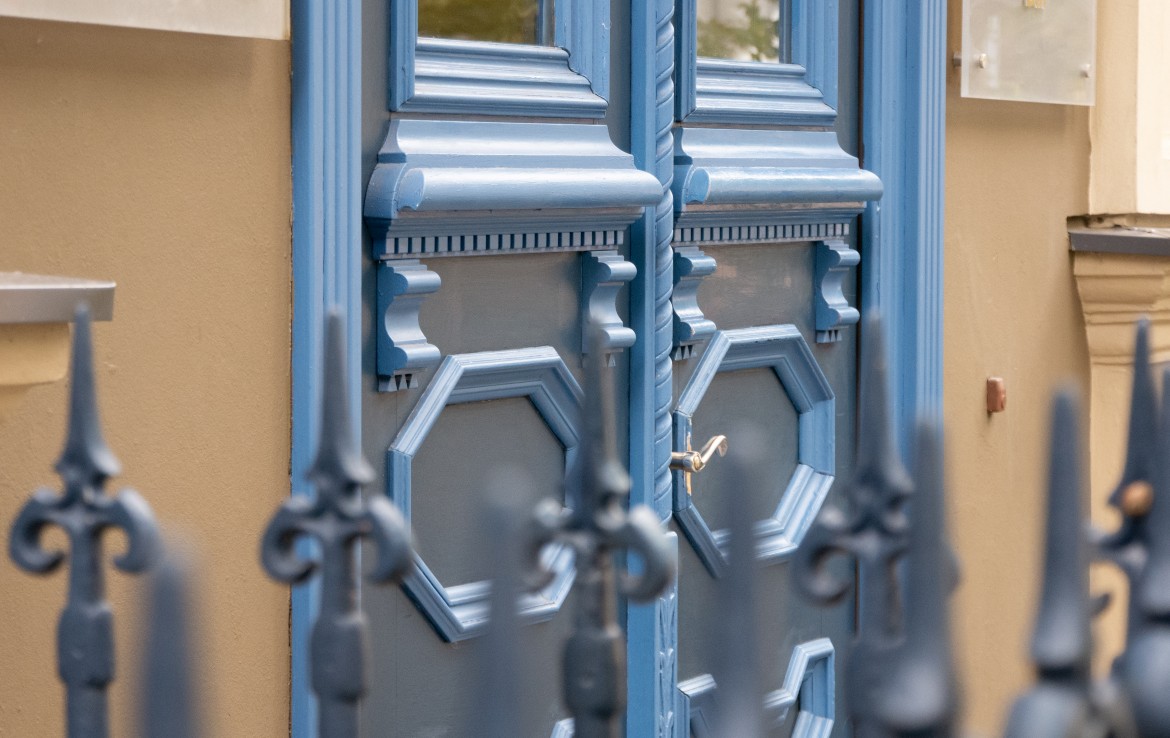 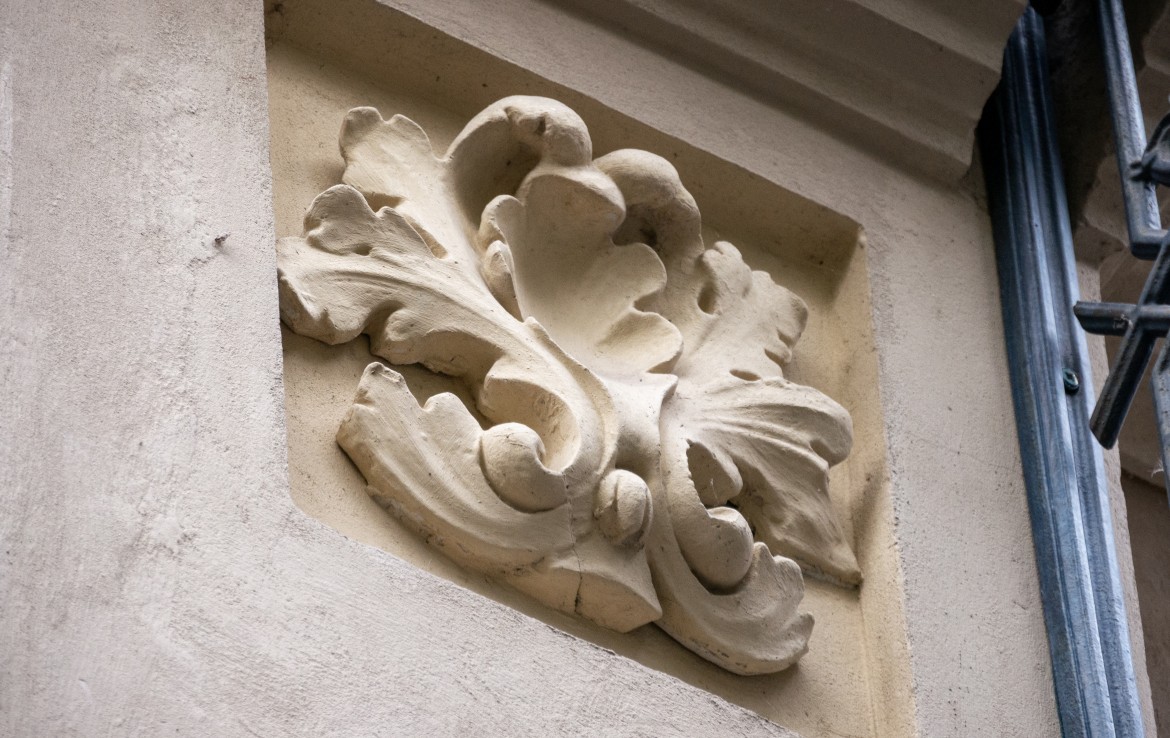 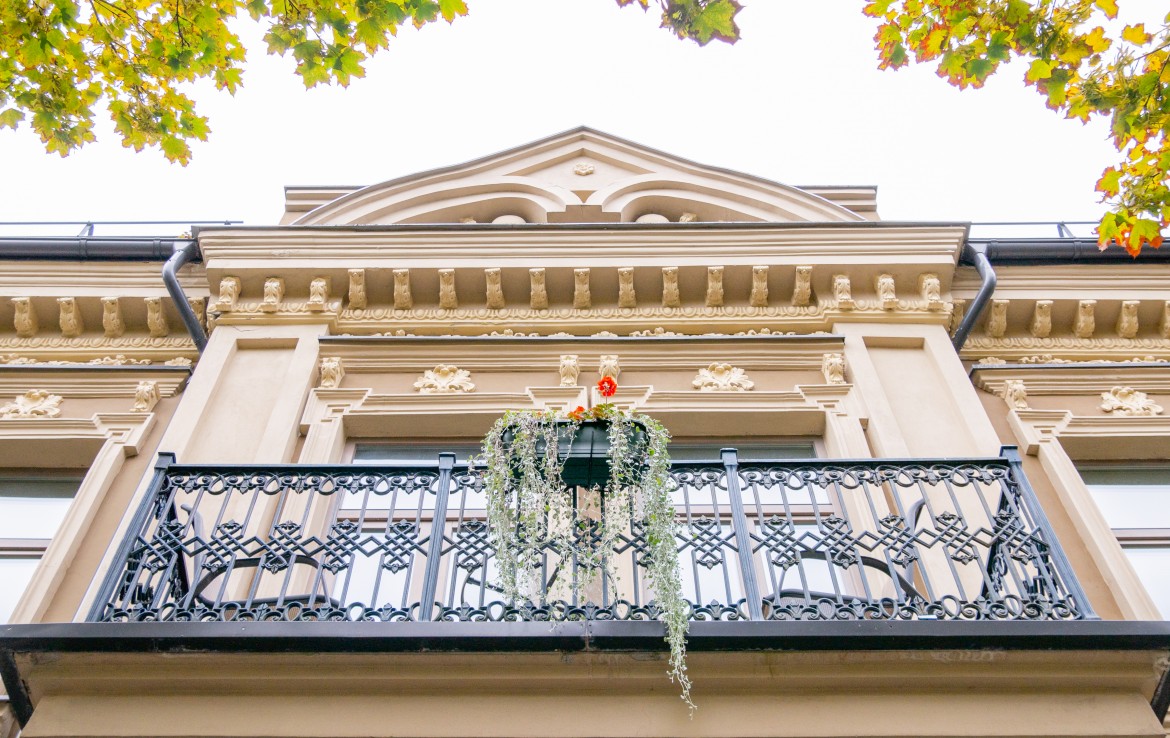 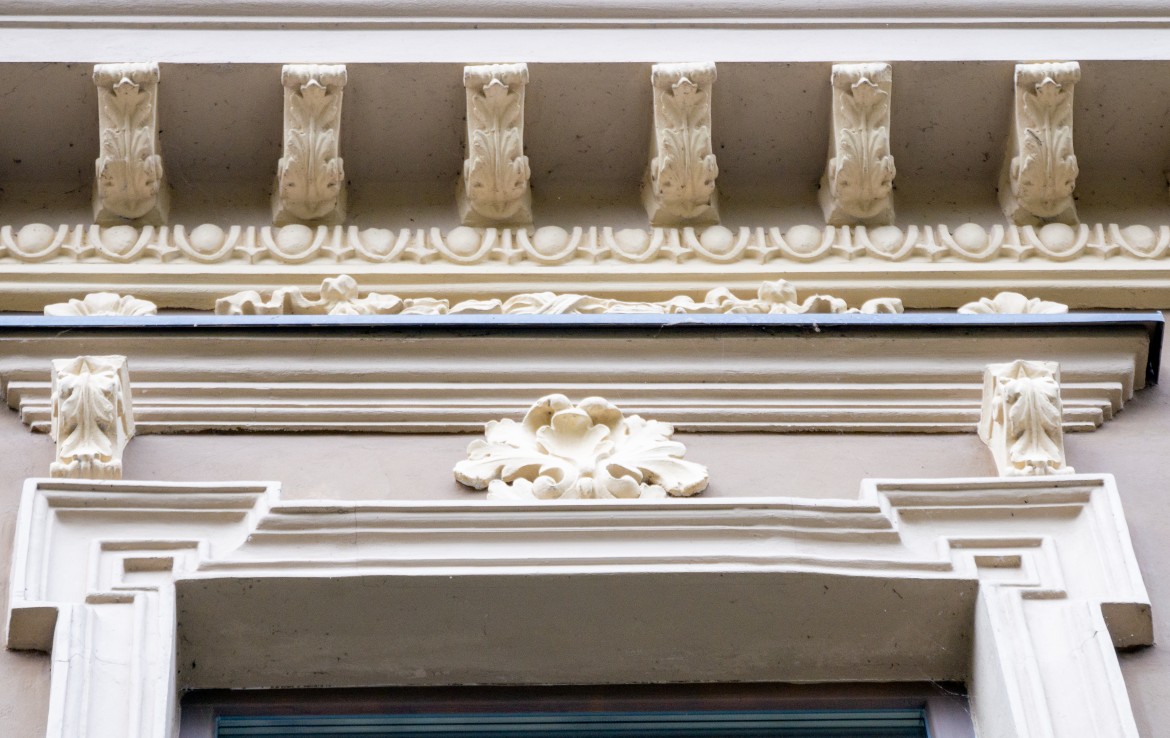 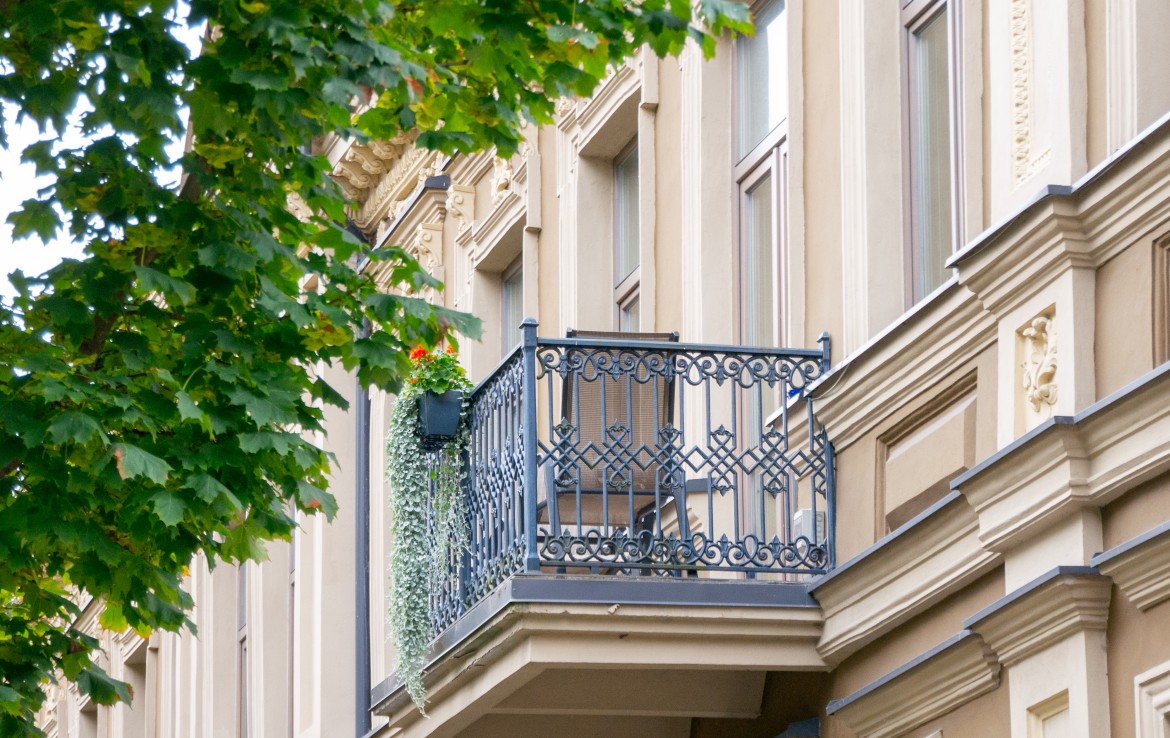 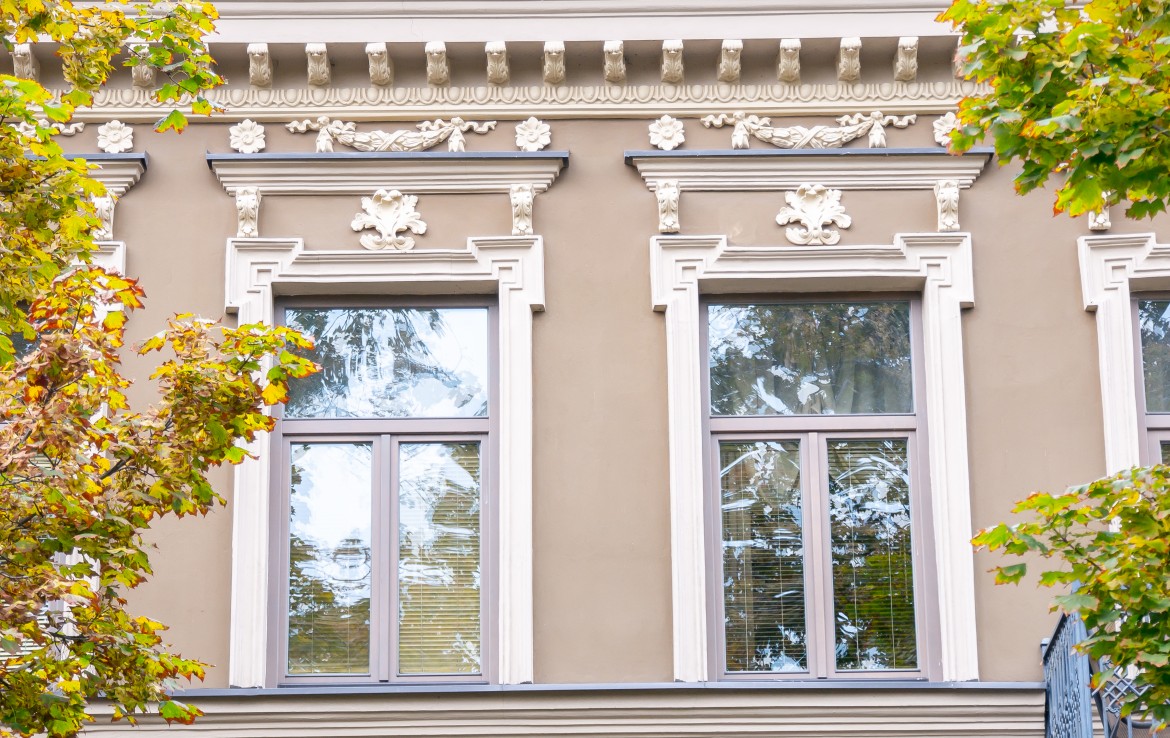 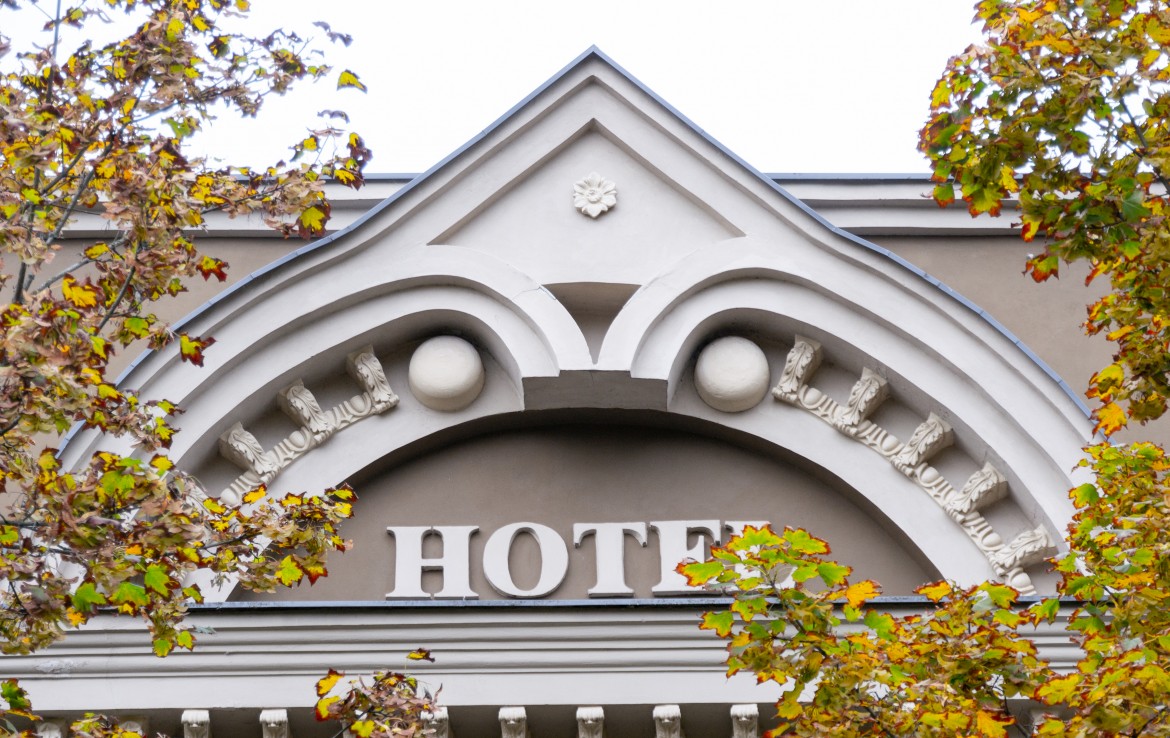 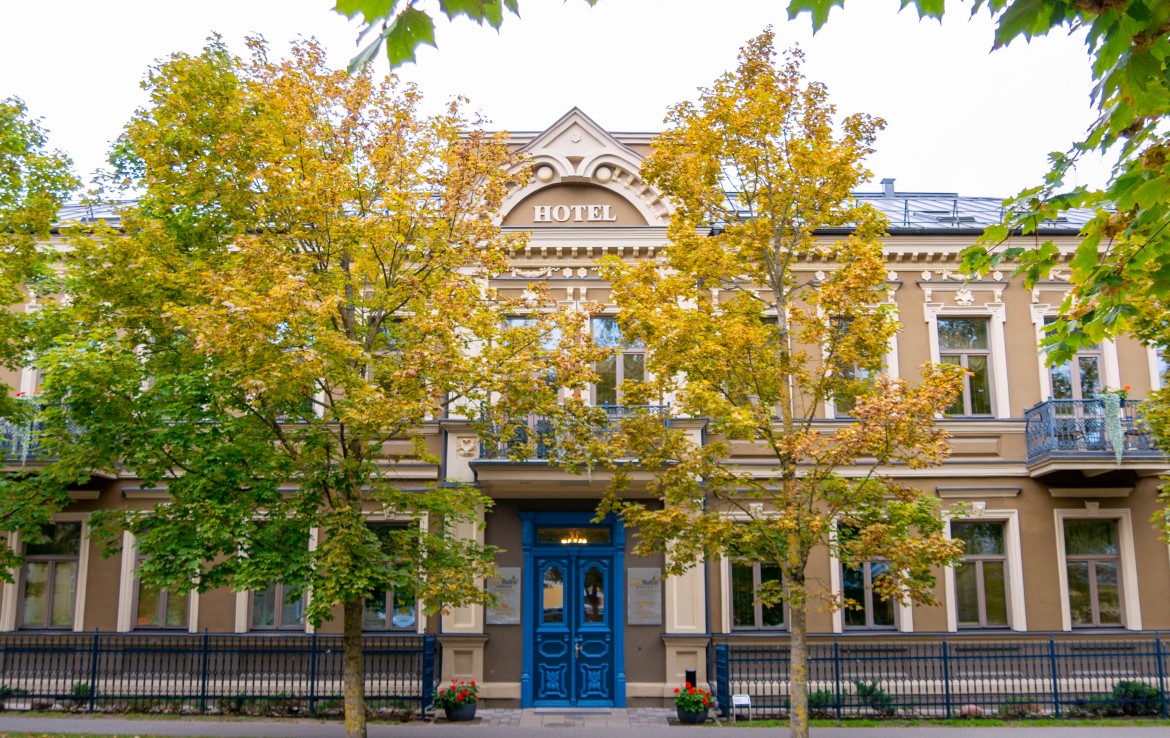 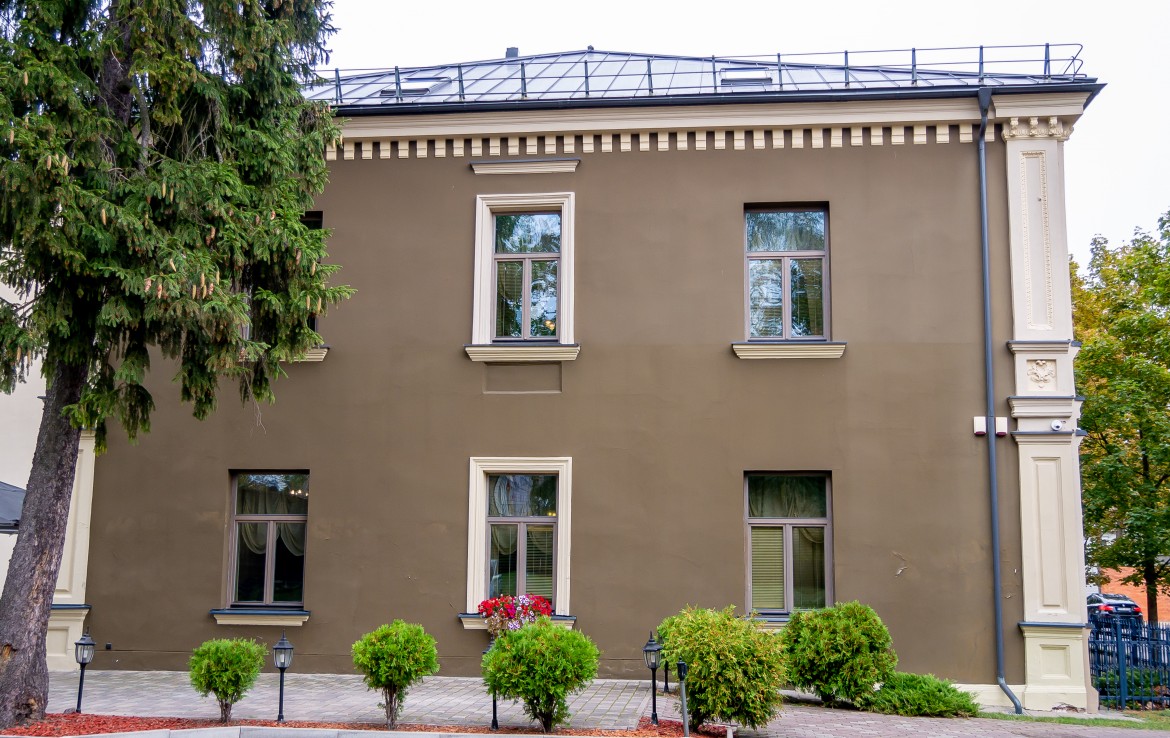 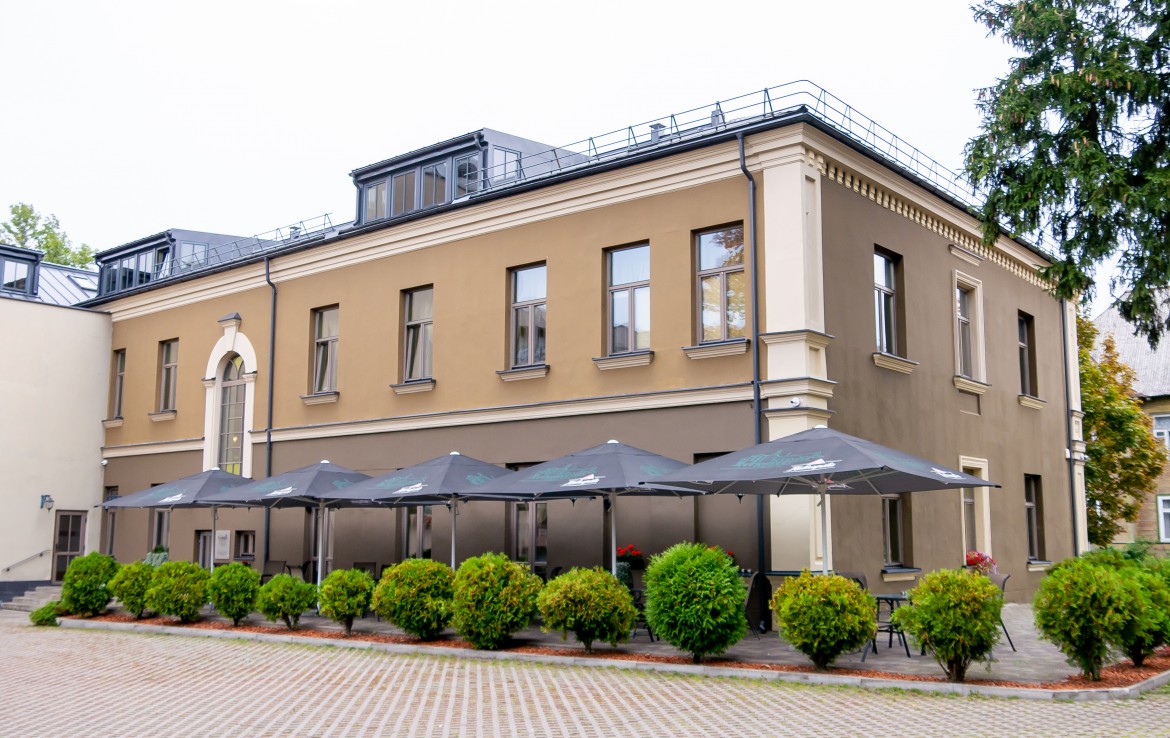 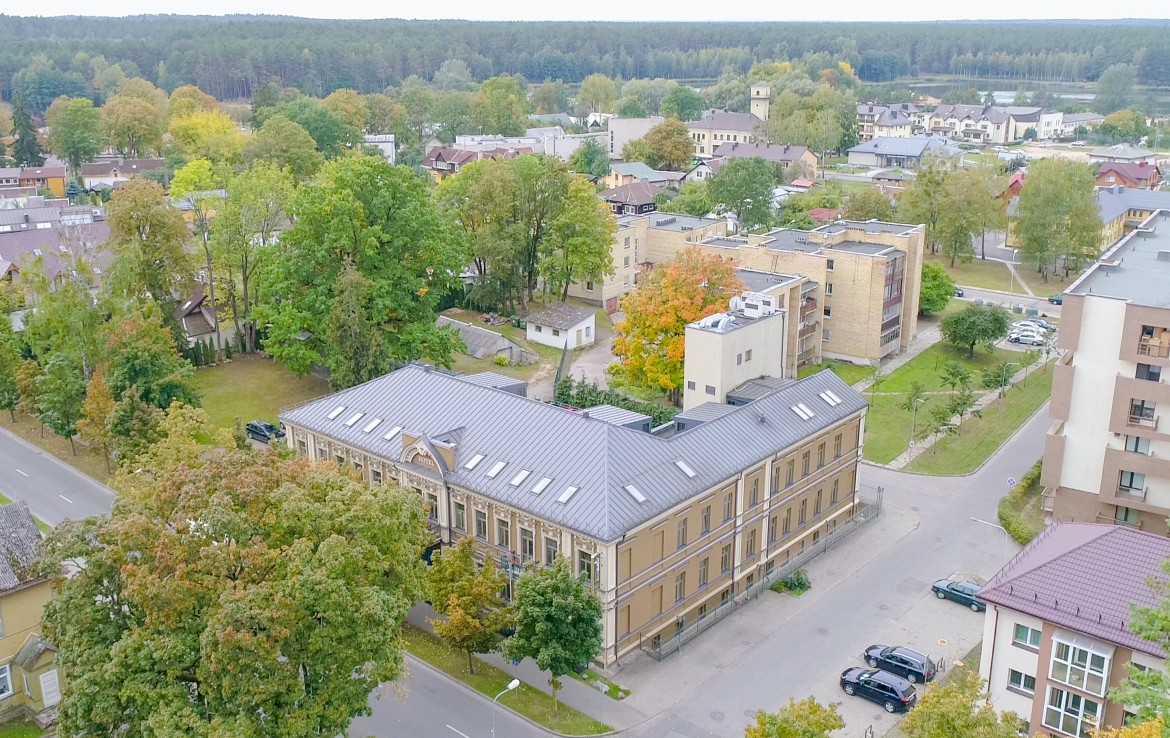 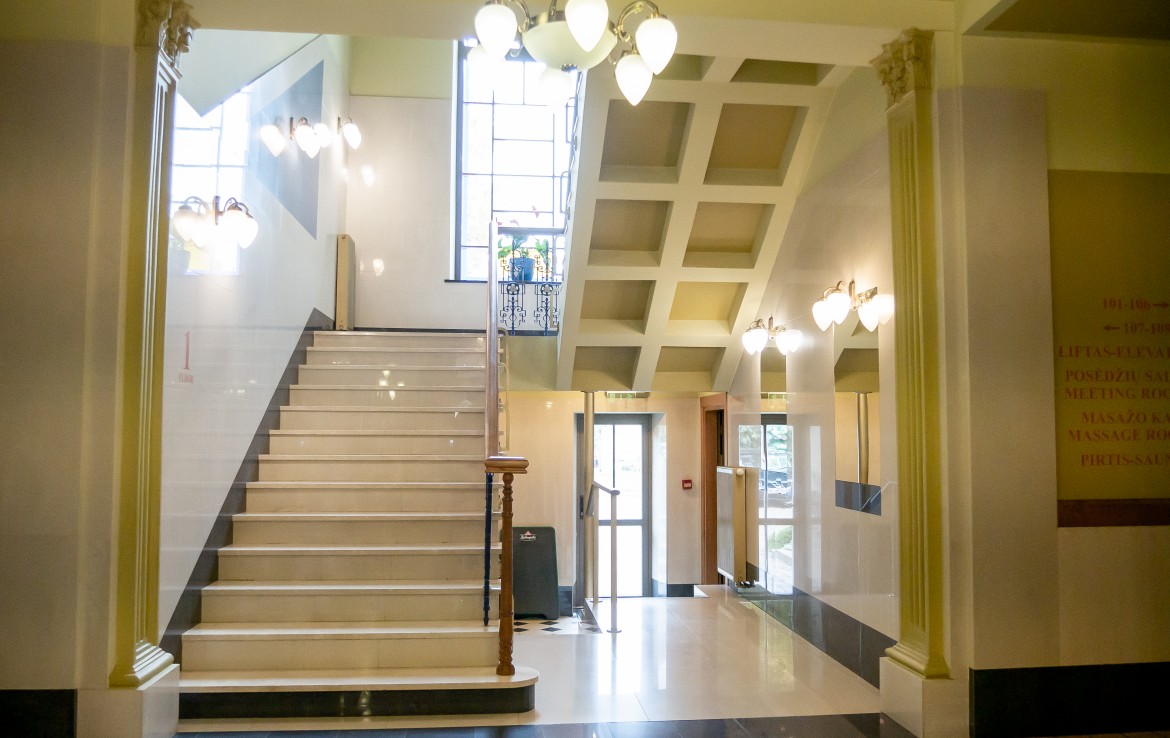 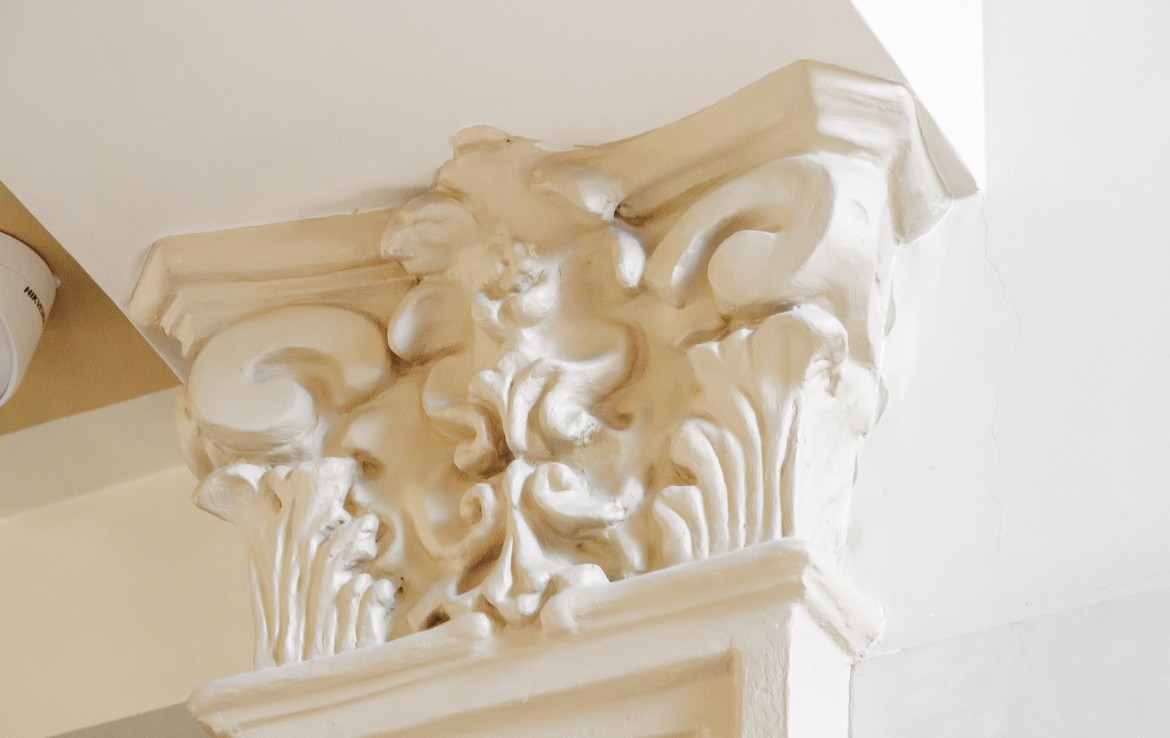 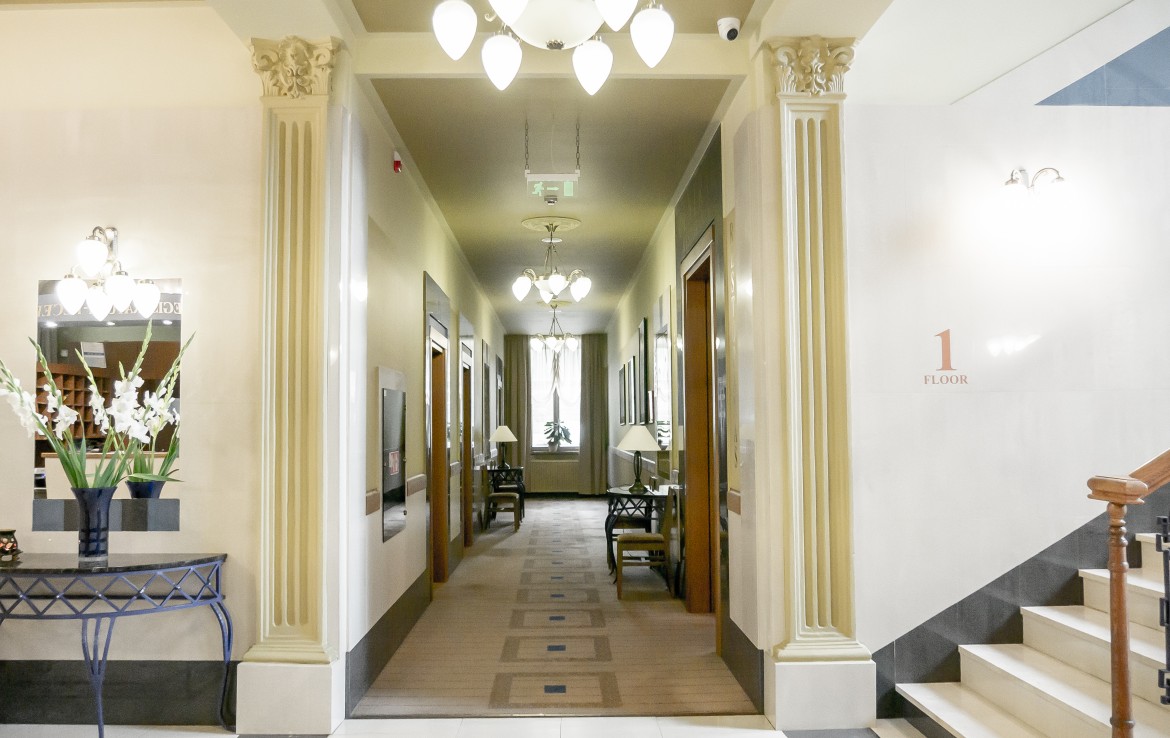 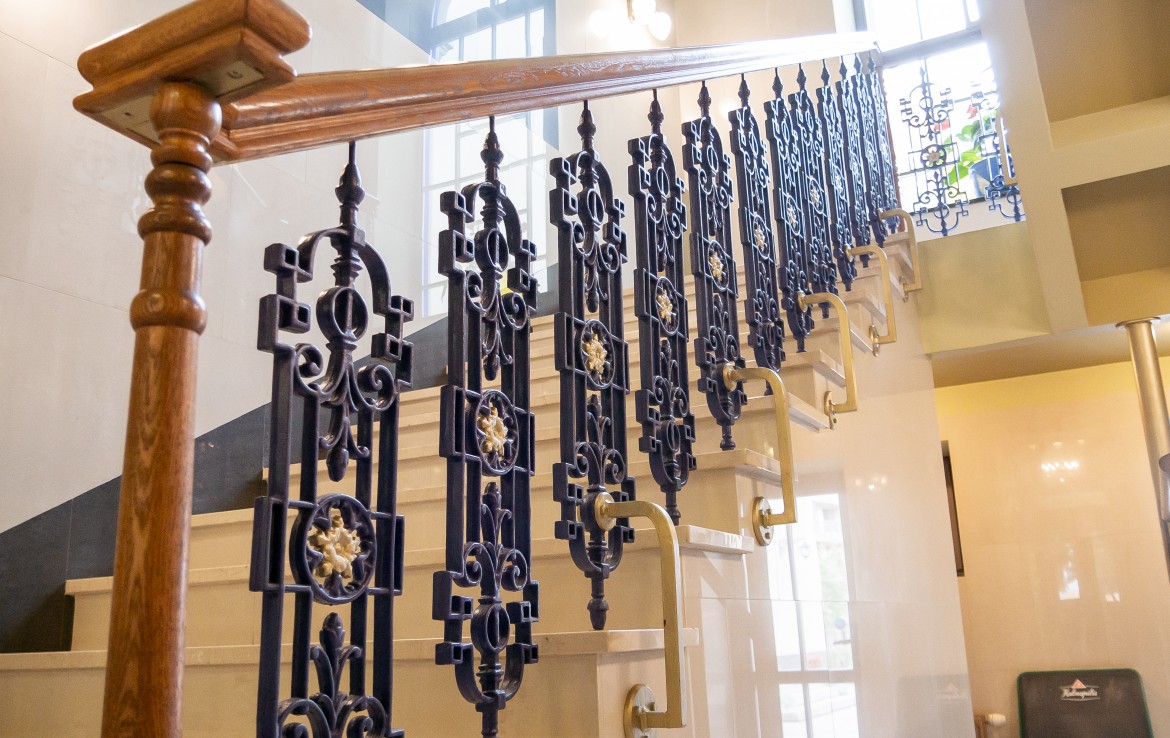 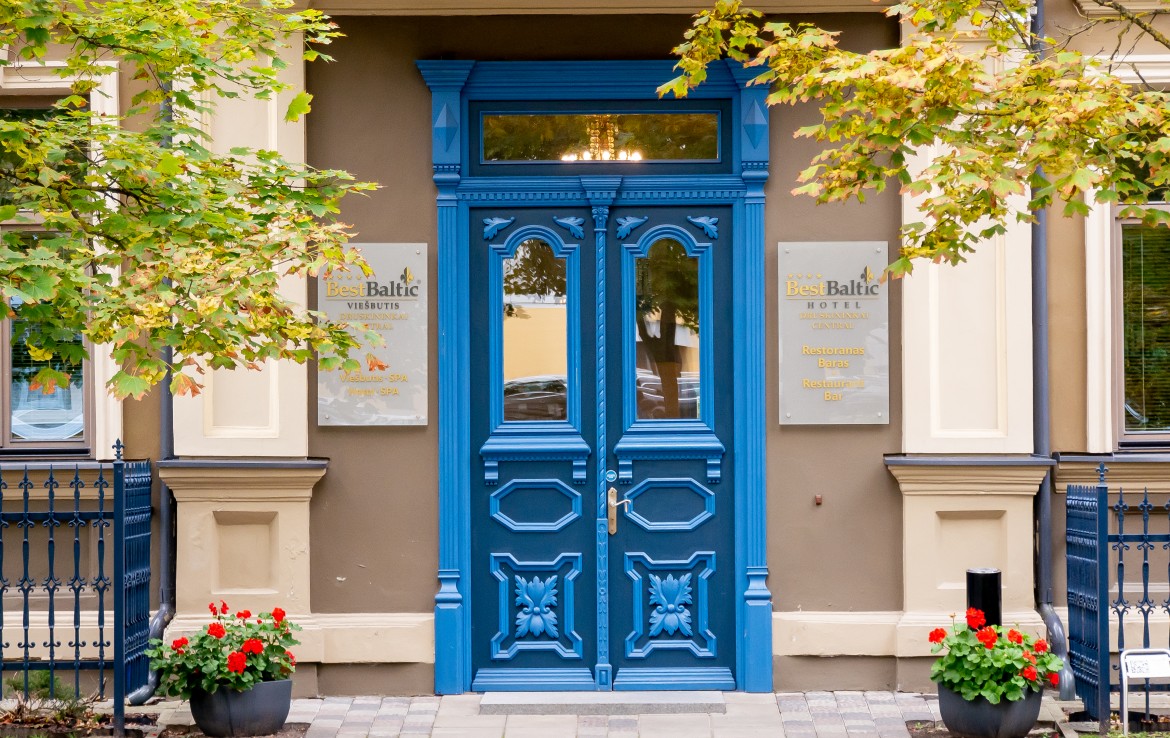