In 1828, the owner of the Vidiškiai Manor, Jonas Kaminskas, built the church and paid for the priest’s upkeep. In 1901, the grandson of the owner of the Manor, also Jonas Kaminskas, built the present stone church. In 1906 it was consecrated and given the title of the Visitation of the Blessed Virgin Mary by Vilnius bishop Edvardas Roppas. In 1933, on the initiative of the priest Zigmas Žeidžys, with the help of parishioners, the church was repaired and its roof replaced.

Vidiškiai Church of the Visitation of the Blessed Virgin Mary, like many other churches of the early 20th century, was built in Neo-Gothic style. The temple has a plan of Latin cross shape, is a three-nave one, having a transept lower than the central nave and the lower three-walled apse. The church is covered by tin-plated double pitched roof, the ends of the transept – by double pitched roofs too, the apse – by three-pitched one. By the end of the nave, next to the apse, a small decorative tower rises, crowned with a spire and a cross. Above the main facade, a thickset, rectangular tower rises with rectangle-shaped acoustic openings of rectangle-shaped arches, corner pilasters, small triangular pediments, the shields of which are adorned with pointed-arch niches. Small towers crowned with spires are stuck to the sides of small pediments. The tower ends with a hexagon spire, crowned with a cross. Next to the tower of the main facade, on the sides, two lower small octagonal towers nestle, which, like the chapels, cover the ends of the side naves. These small towers are decorated with pointed-arch windows and niches, they end with small triangular pediments, which, like a crown, adorn the octagonal spires of the small towers. In the pointed outlook arch with a modest Gothic ornamental gable with tracery, the main entrance is integrated, having the double-leaf, sumptuous door, decorated with the carved Gothic ornaments. Above it, in the three-foil niche of the arch – an ornate round window like a rose-window of Gothic cathedrals sits. Above the niche – a triangular profiled cornice with a cross in the centre. Stepped buttresses with small decorative niches, small pediments and pinnacles are nestled to the towers and corners of walls. The friezes of small blind arches adorn all facade tops at the cornices. Church windows are narrow and tall, divided imitating Gothic windows. The transept is decorated with pointed-arch windows holding tracery, where rose-windows are integrated.

In the interior of Vidiškiai Church, finish, altars, organ case façade in Neo-Gothic style dominate. The inner space is divided by the massive multi-faceted pillars. The cross vaults with ribs provide the church with solemnity.

The churchyard is fenced with metal grate fence and masonry poles, decorated with small pediments. The stone gate is massive, with three pointed arches, holding spires. 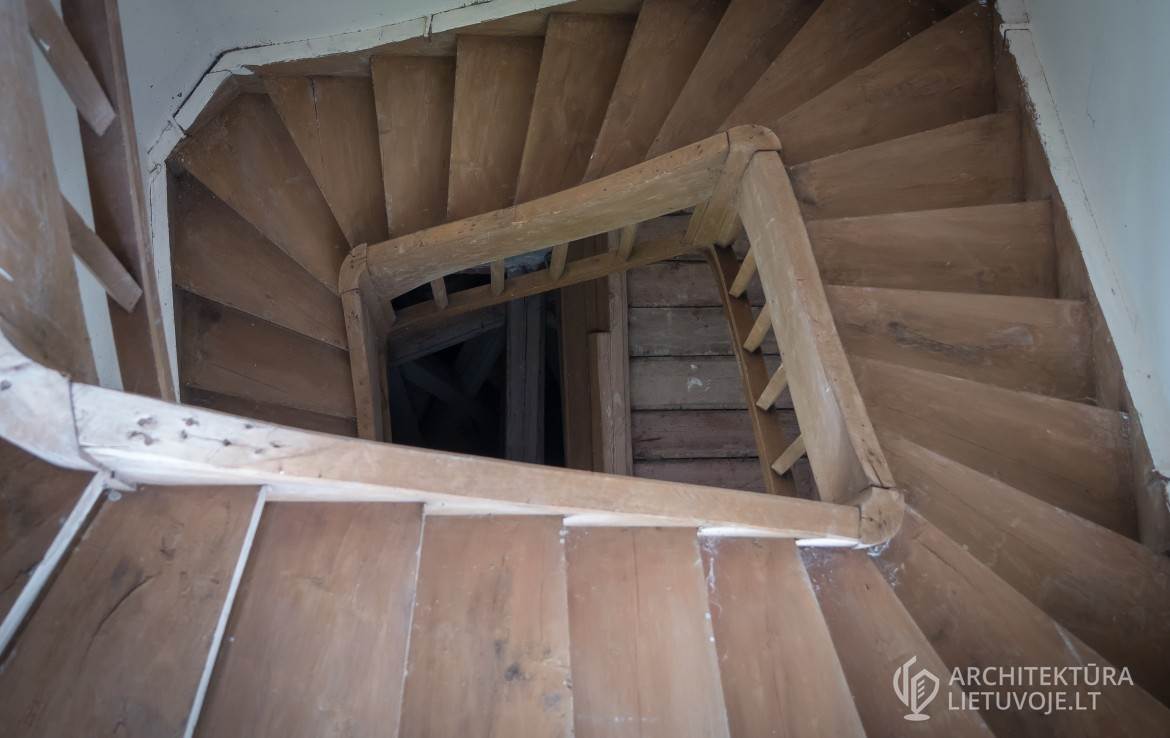 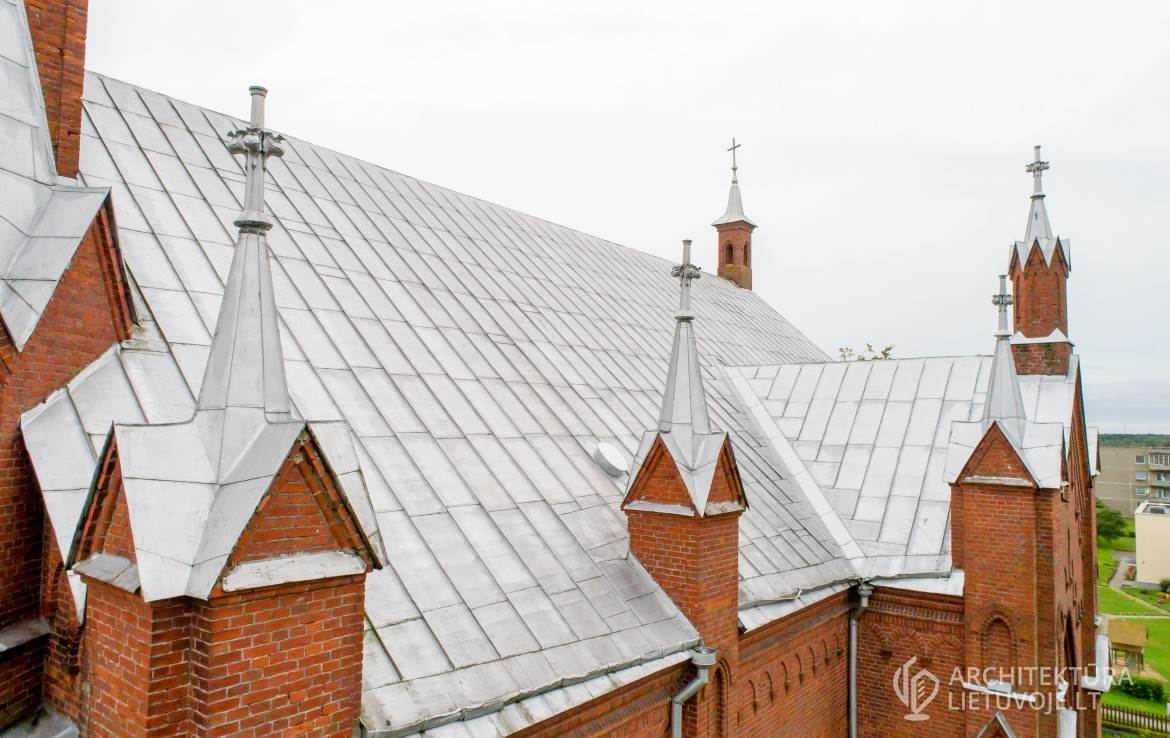 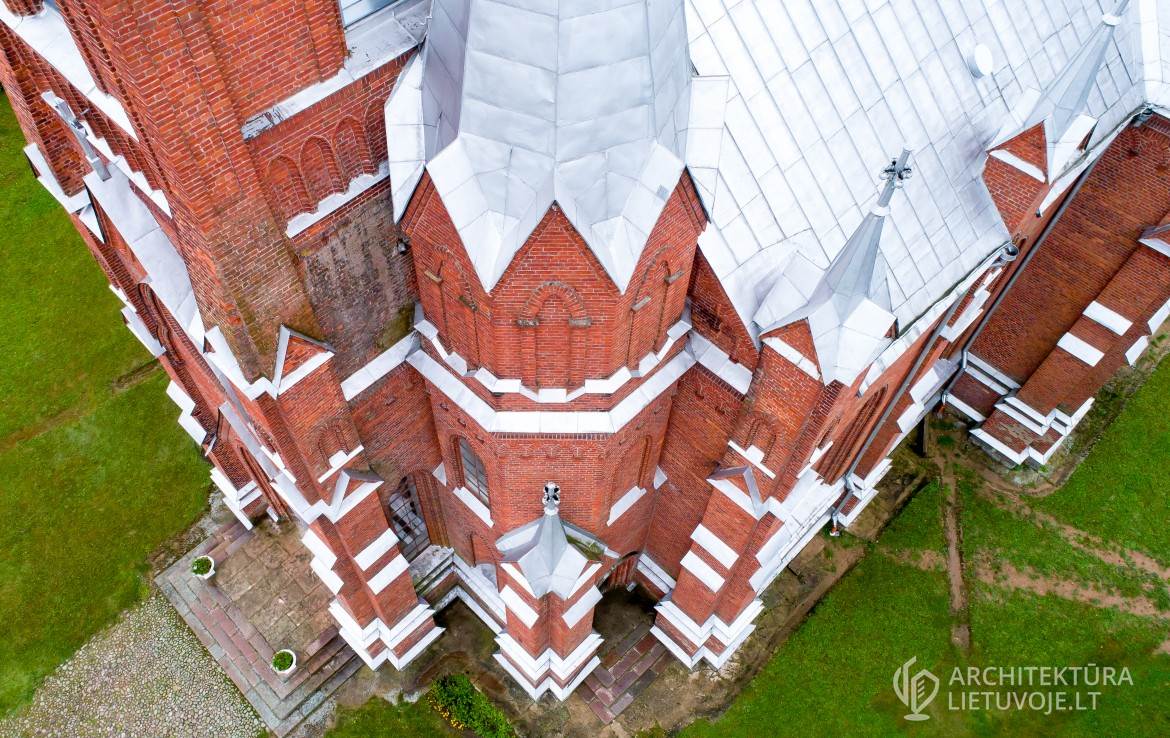 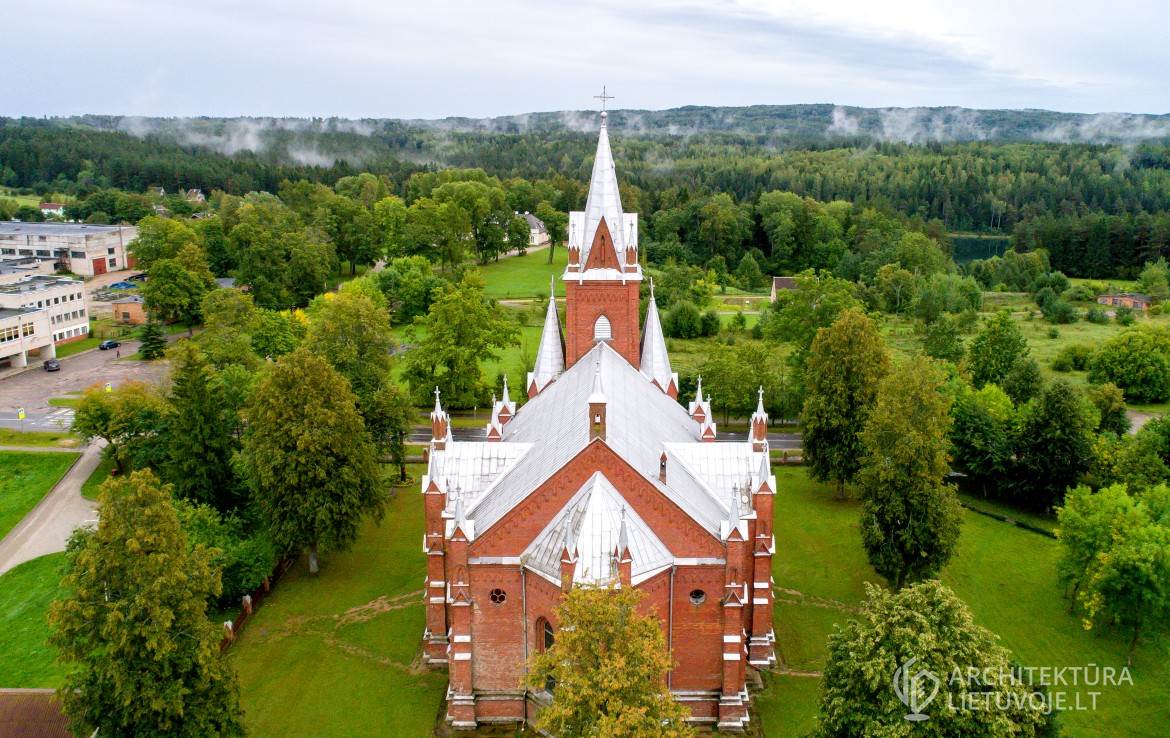 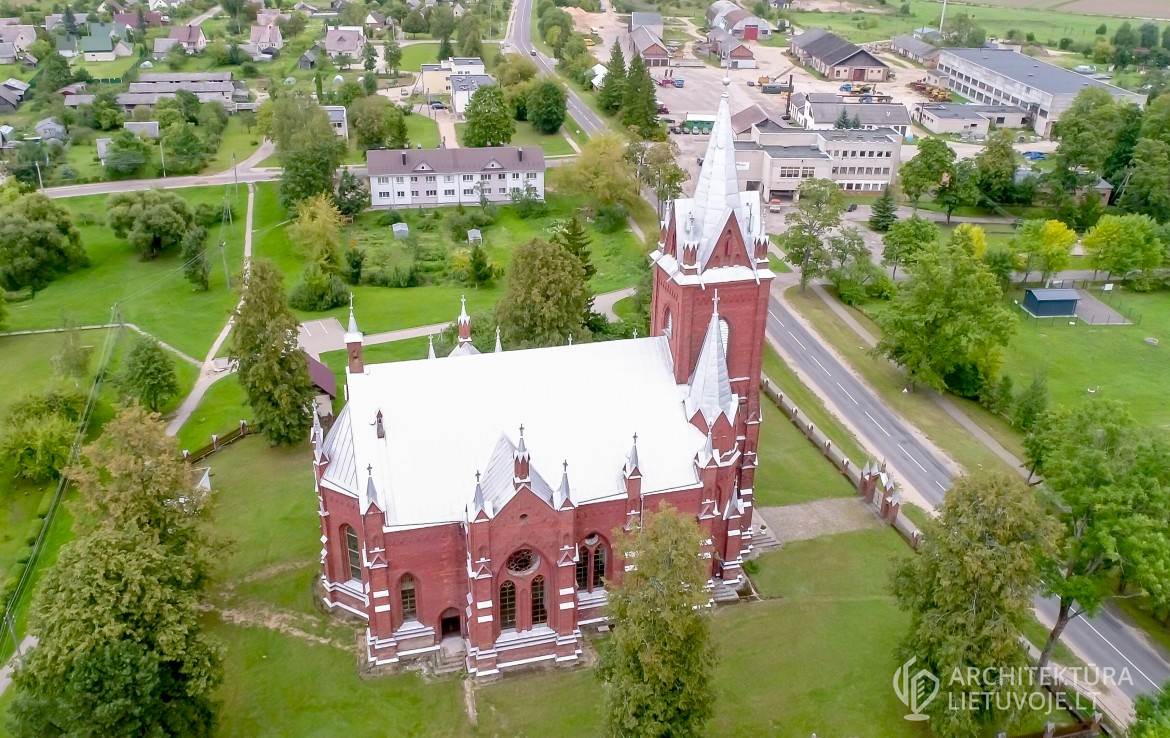 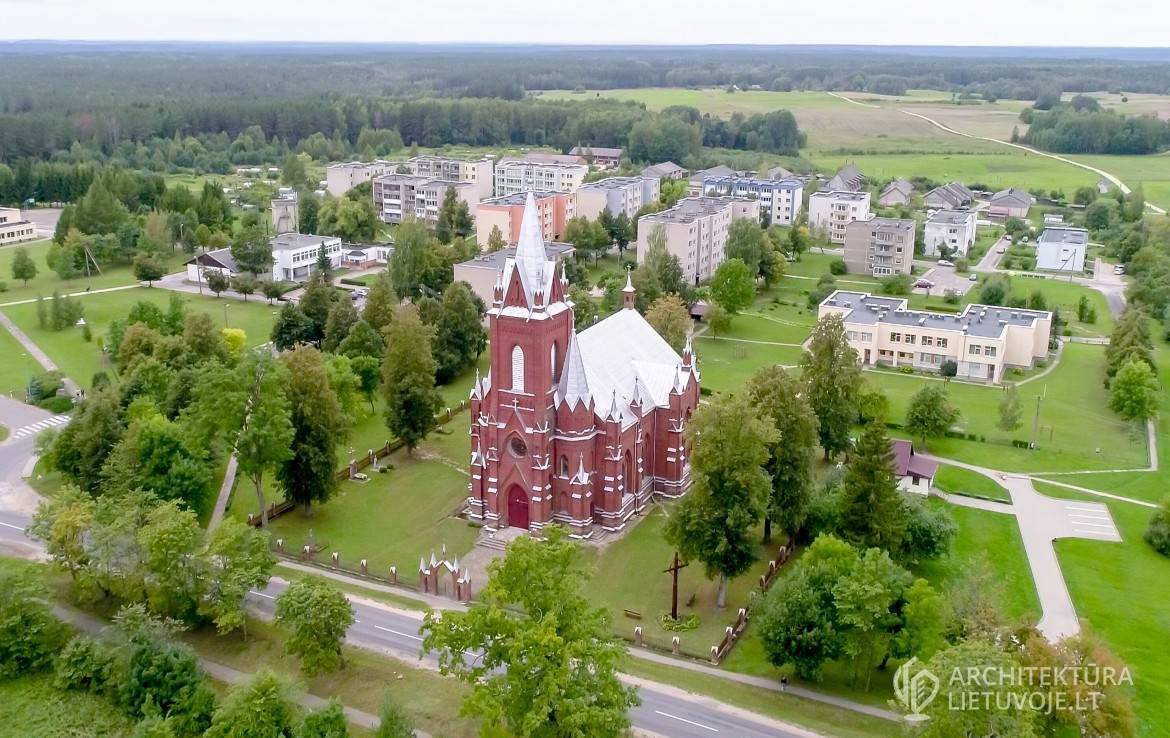 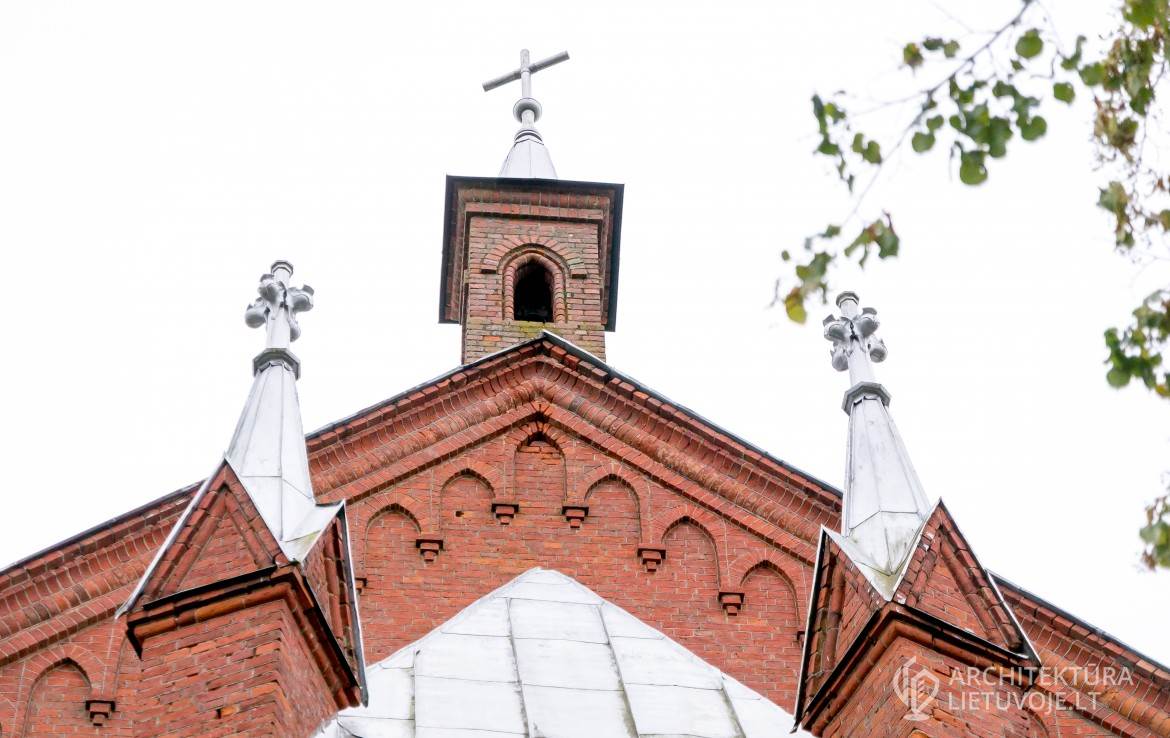 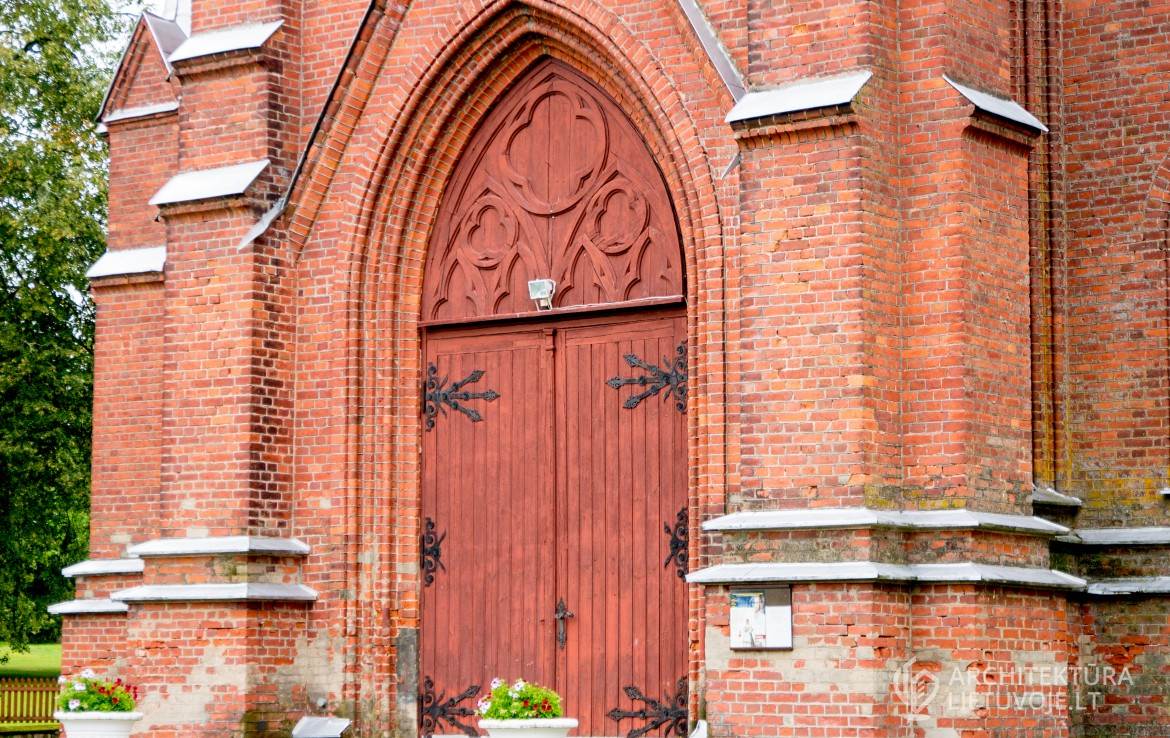 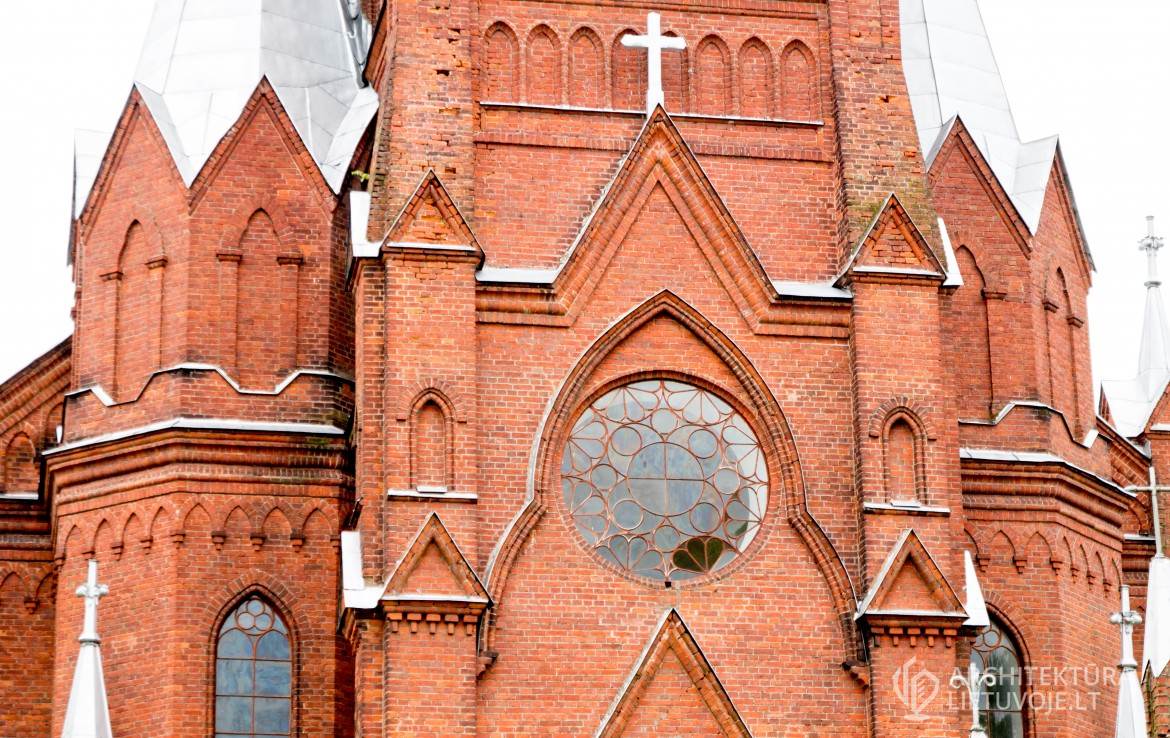 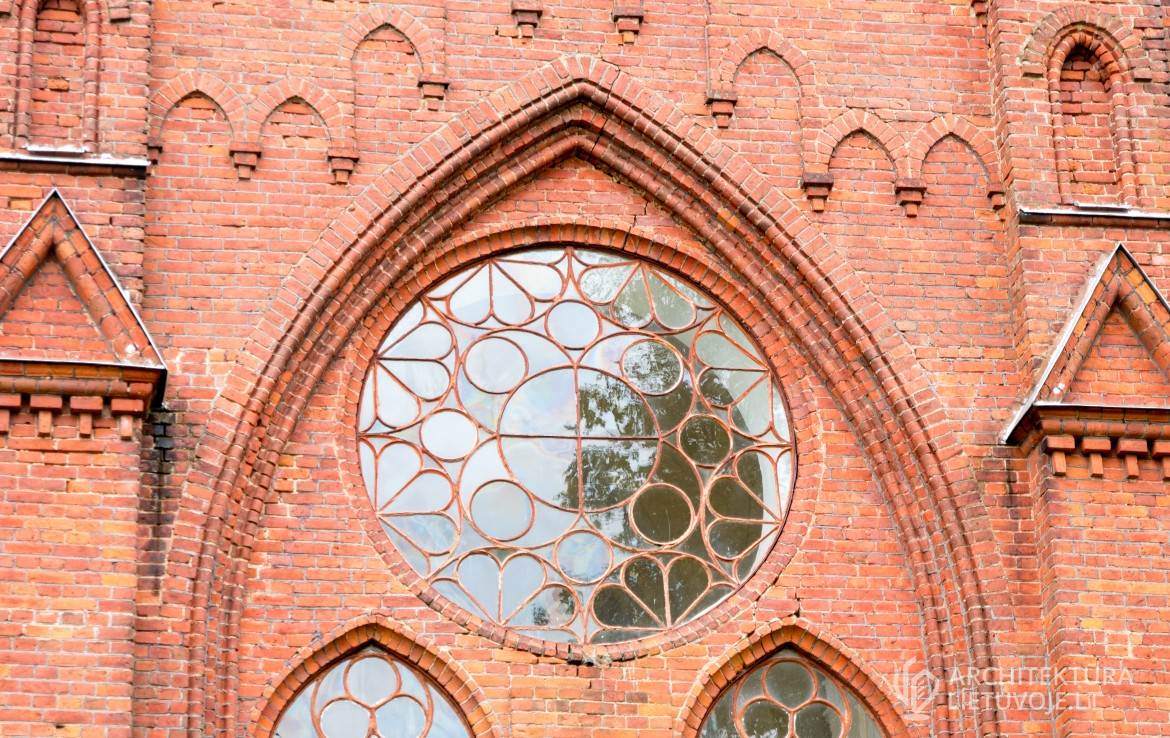 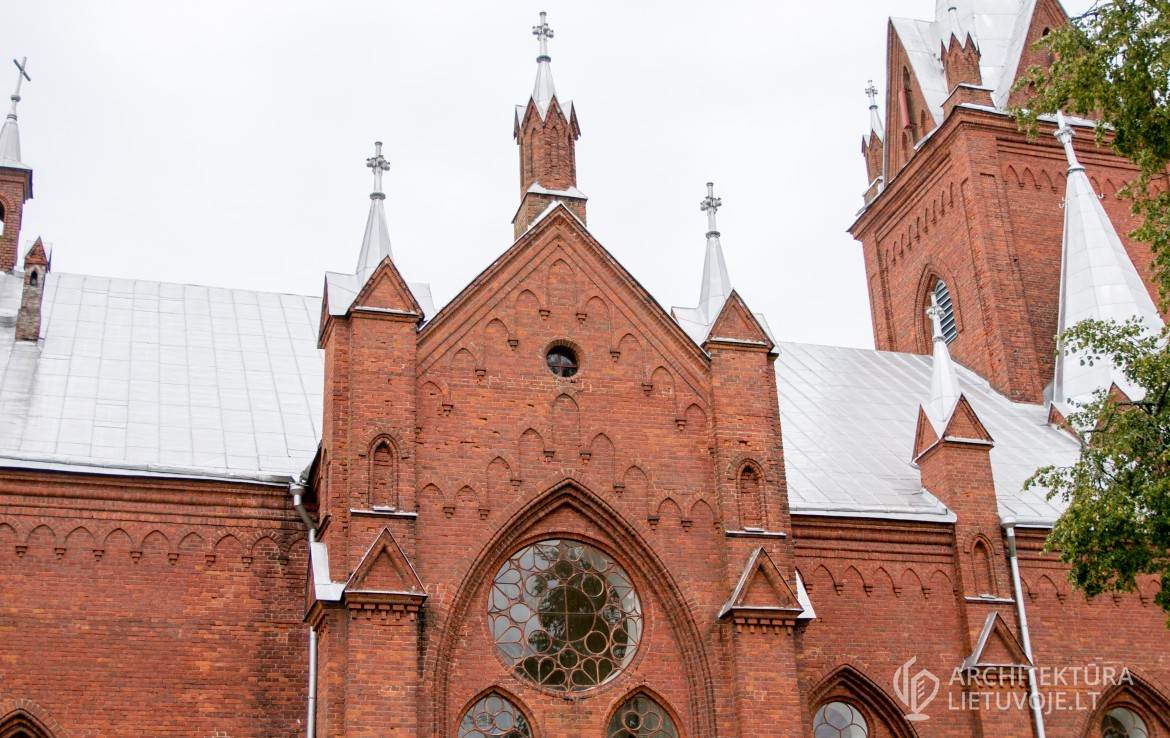 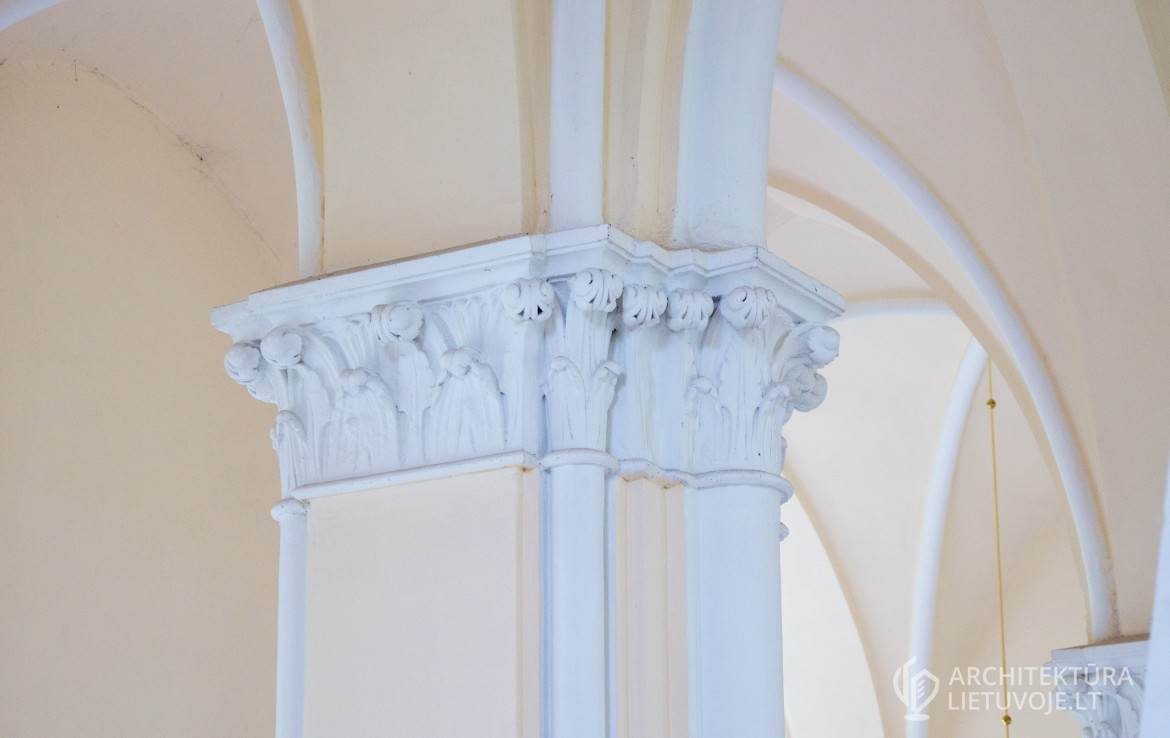