Church of the Assumption of The Holy Virgin Mary in Veliuona

During the years of the battles between the Lithuanians and the crusaders, following the baptism of Samogitia, in 1421, Vytautas the Great established a parish in one of the main Lithuanian fortress in Veliuona and initiated the building of the area’s first Christian church. In 1636-1644, the Chancellor of the Grand Duchy of Lithuania and the Elder of the locality Albrycht Stanisław Radziłł built a new renaissance church. As it was characteristic of the sanctuaries of that time, some gothic elements were also used in the building. The Church was renovated and reconstructed more than once, however, it retained the largest part of its initial appearance.  The form of the upper part of the tower, which was somewhat altered after the storms of the First World War, can be regarded as the greatest change.

Though niches of gothic lancets were still used in the Church, one of the essentials elements of the gothic churches – abutments – was refused; in their place elegant, simple renaissance pilasters were used to create the rhythm of the facades. The ascetic quadrangular tower divided into three tiers is also characteristic, framing the massive semicircular main portal with two corner pilasters in the lower tier. Much larger pilasters are seen in the corners of the large space. The symmetry typical of sacral buildings of the renaissance period is somewhat broken by the eclectic porch of the stairways annexed at the end of the 19th century through which one can get to the organ choir equipped above the narthex. On the left side a two-storey sacristy is annexed to the presbytery.

The three-nave, rectangular hall inner space typical of the epoch is amply illuminated, the naves are divided by four profiled pillars supporting the vaults, replicating their decorative expression in the pilasters on the sides of the space. Crosspieces in the main space, the presbytery and the antichurch are amply decorated with plaster nervure patterns and the annular vault in the presbytery is decorated with the coat-of-arms of the benefactors of the Church Vytautas the Great, the Radziłłs and the Pacas family. The memorial construction plaque has survived in the Church.

Church of the Assumption of The Holy Virgin Mary in Veliuona - Draugystės g. 1, Veliuona 74442, Lietuva 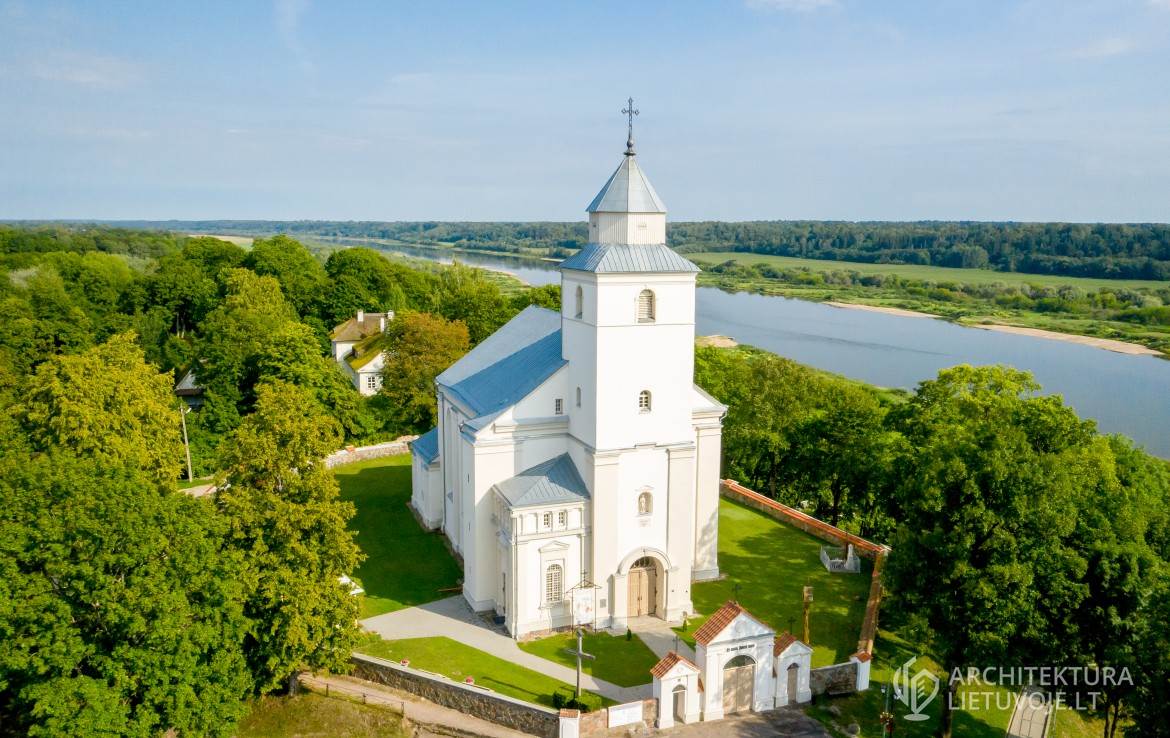 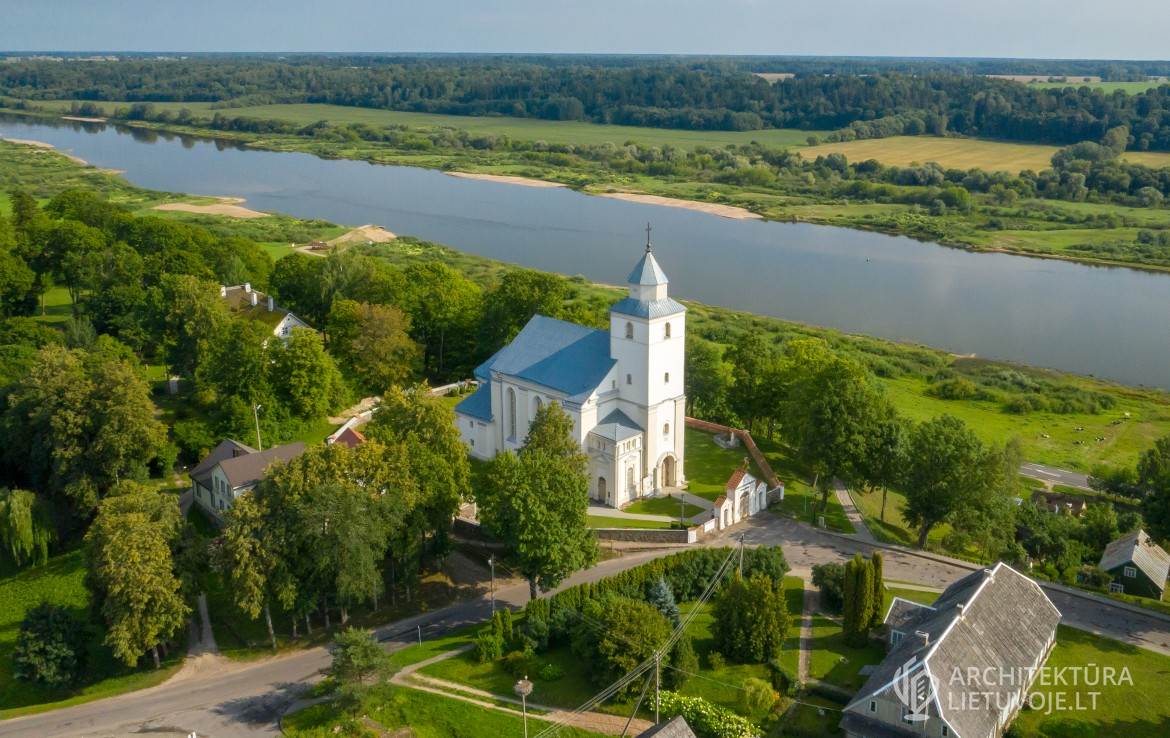 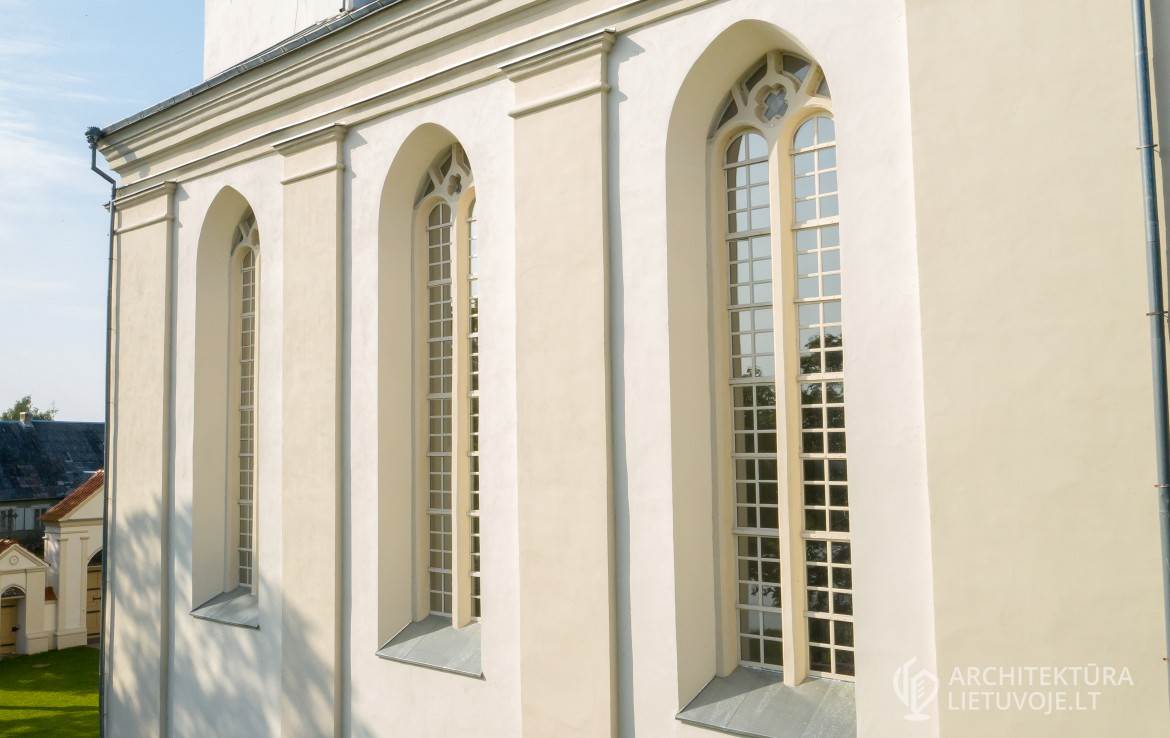 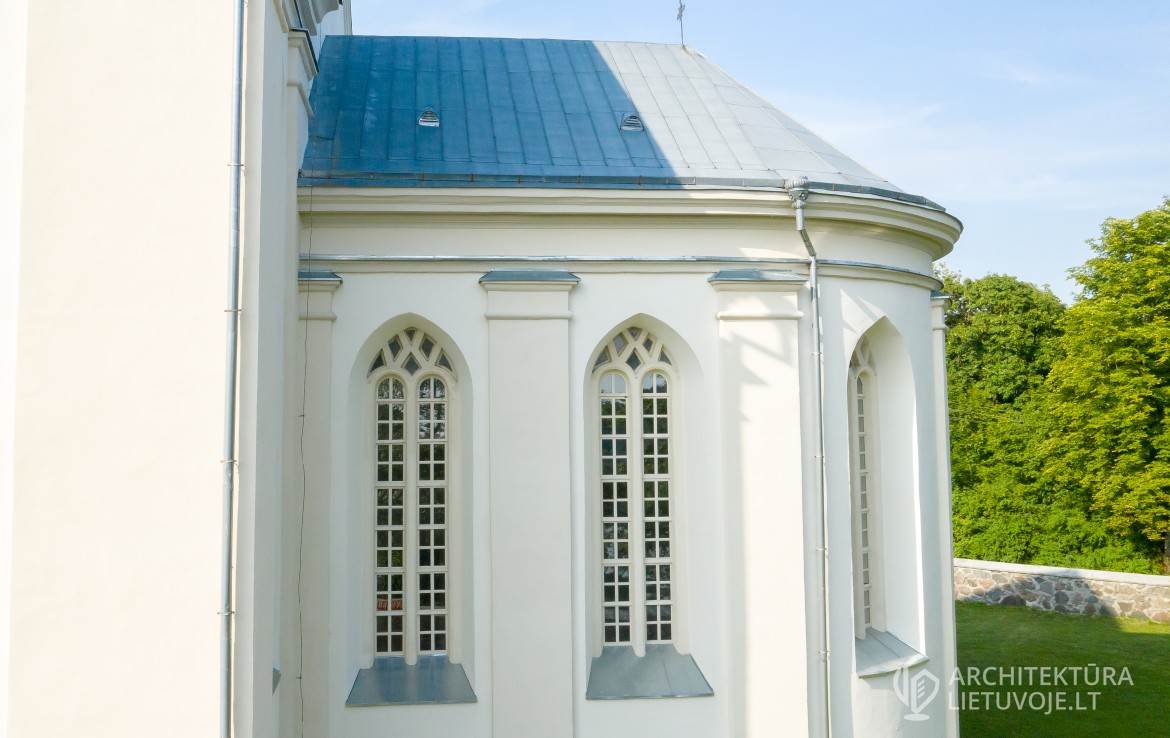 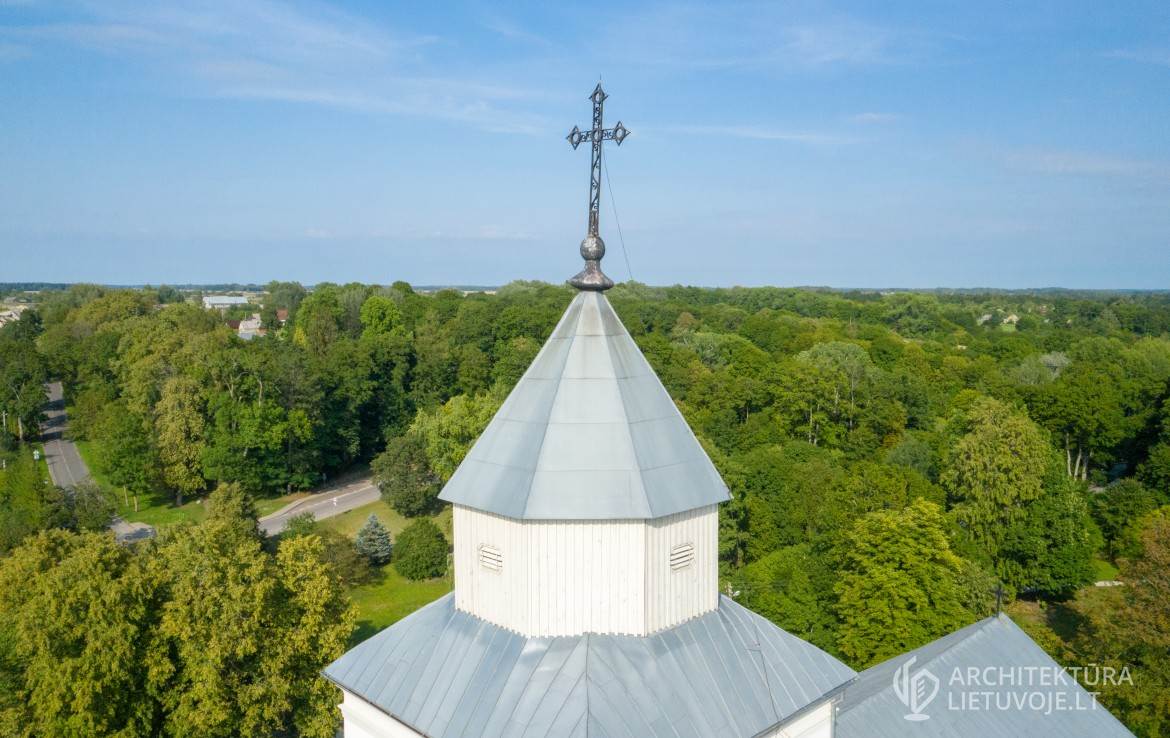 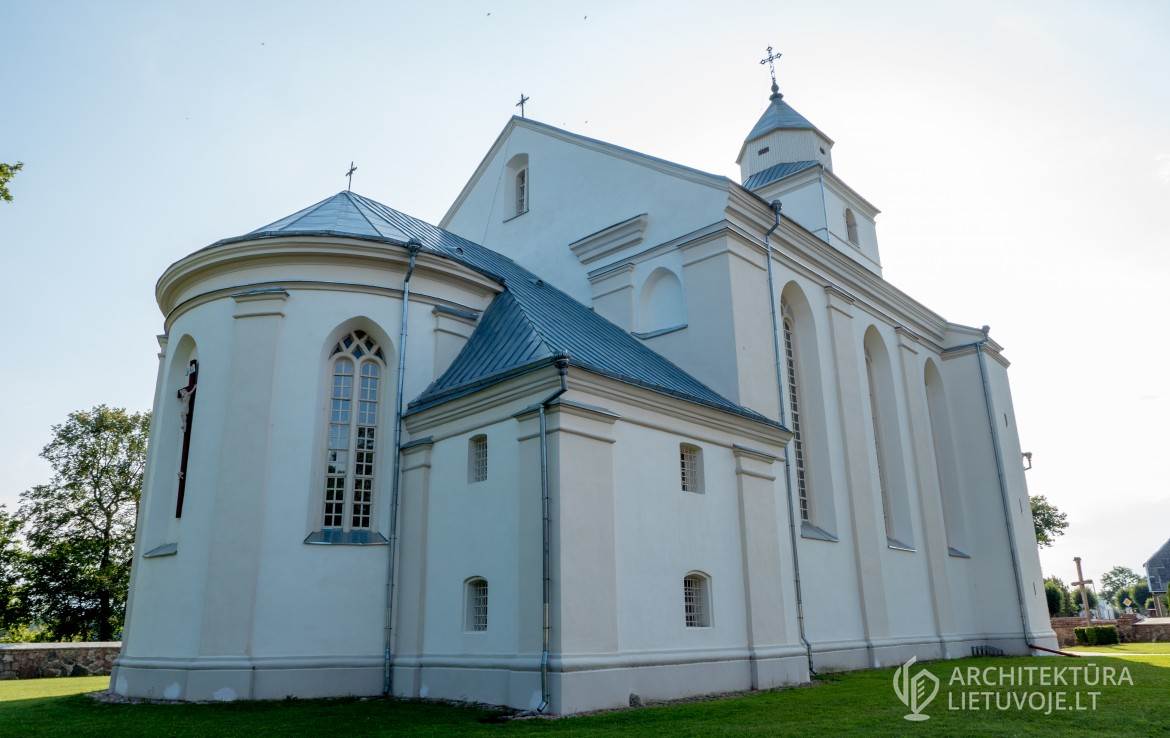 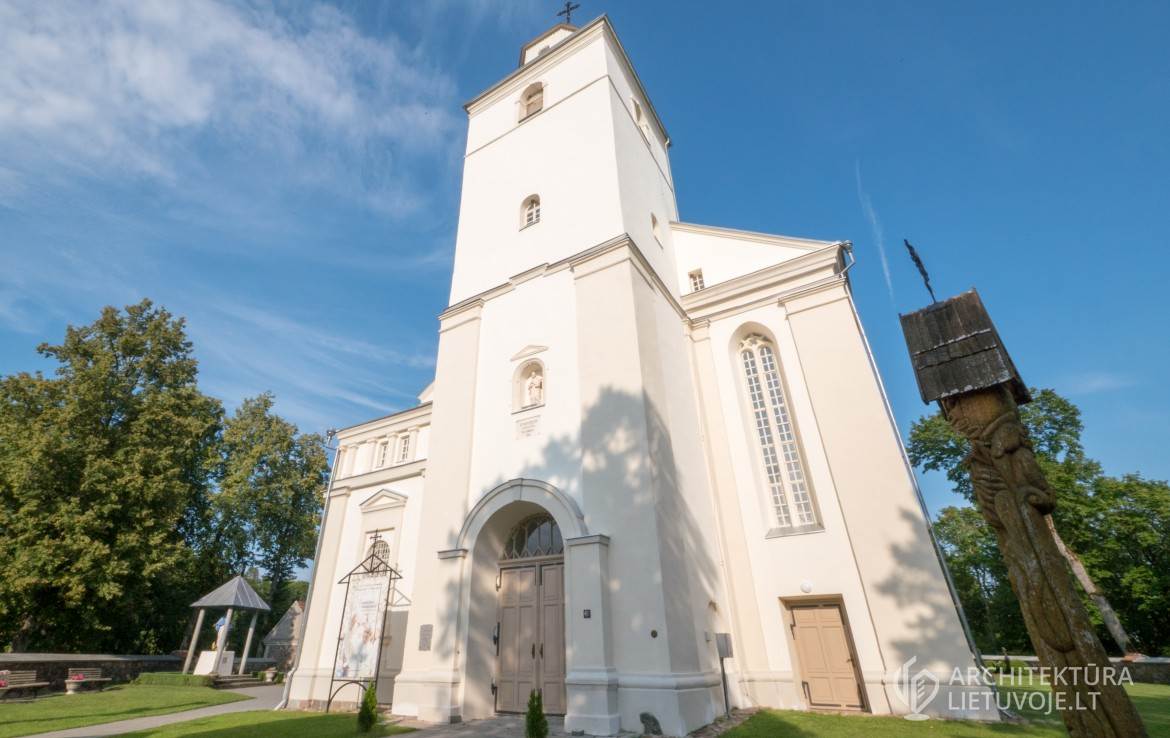 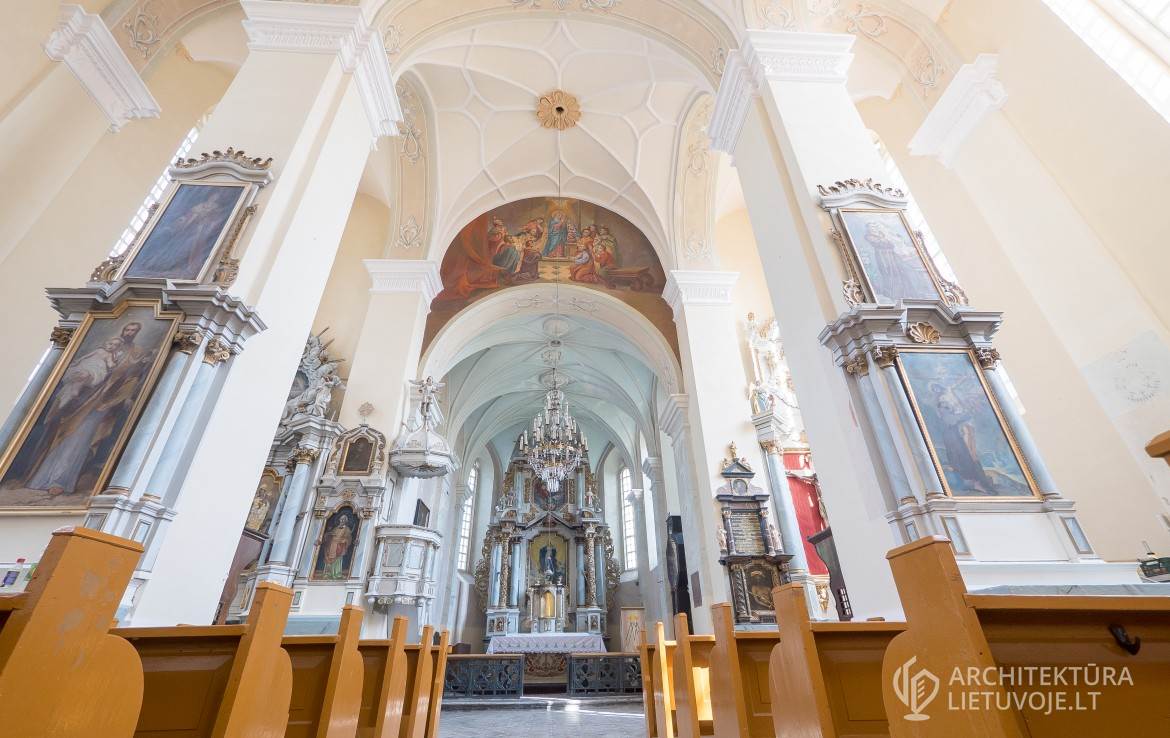 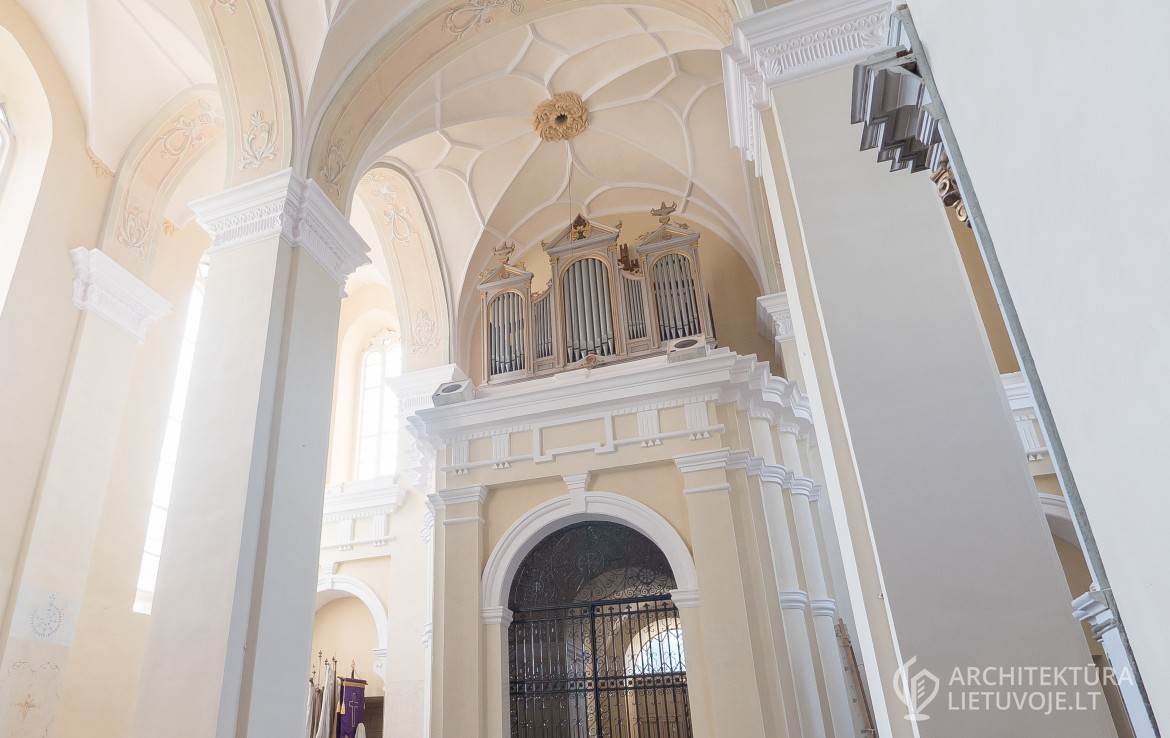 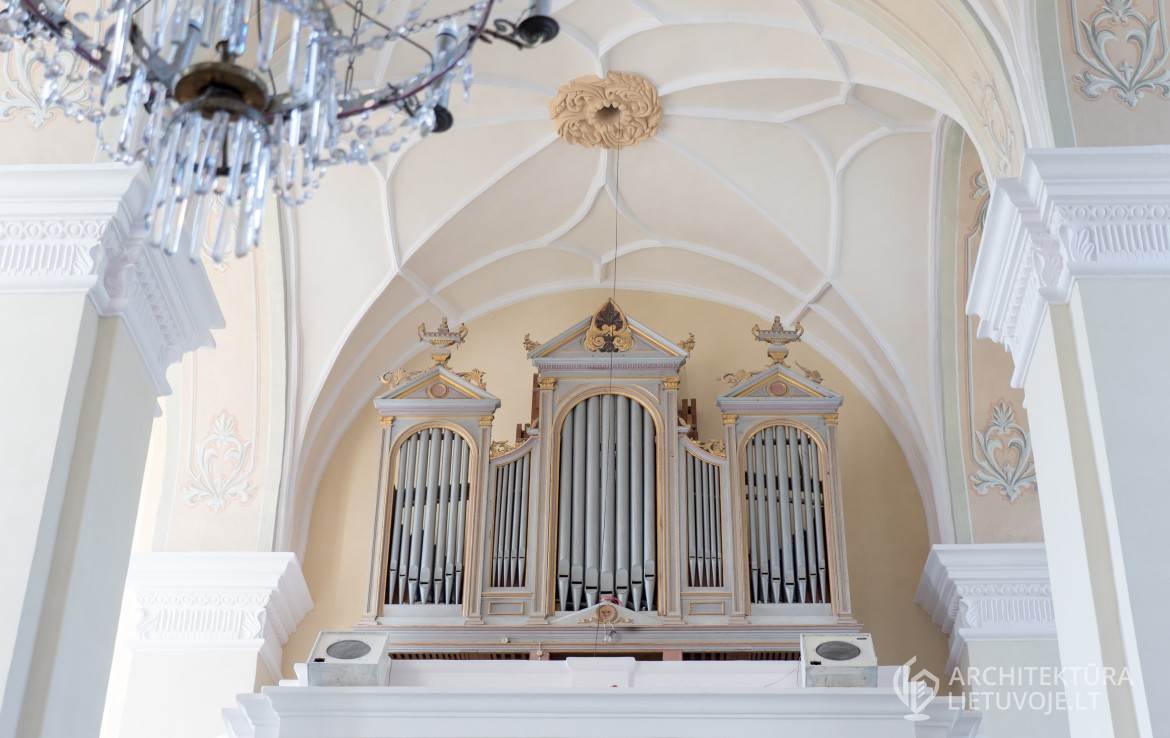 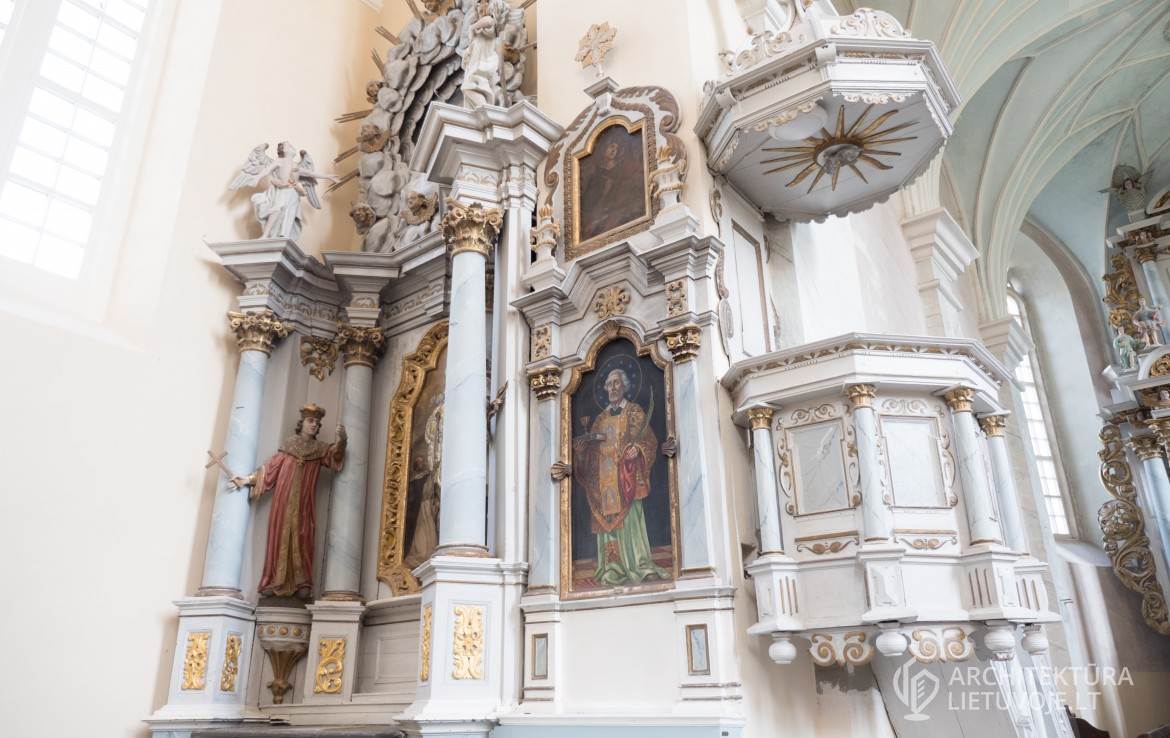 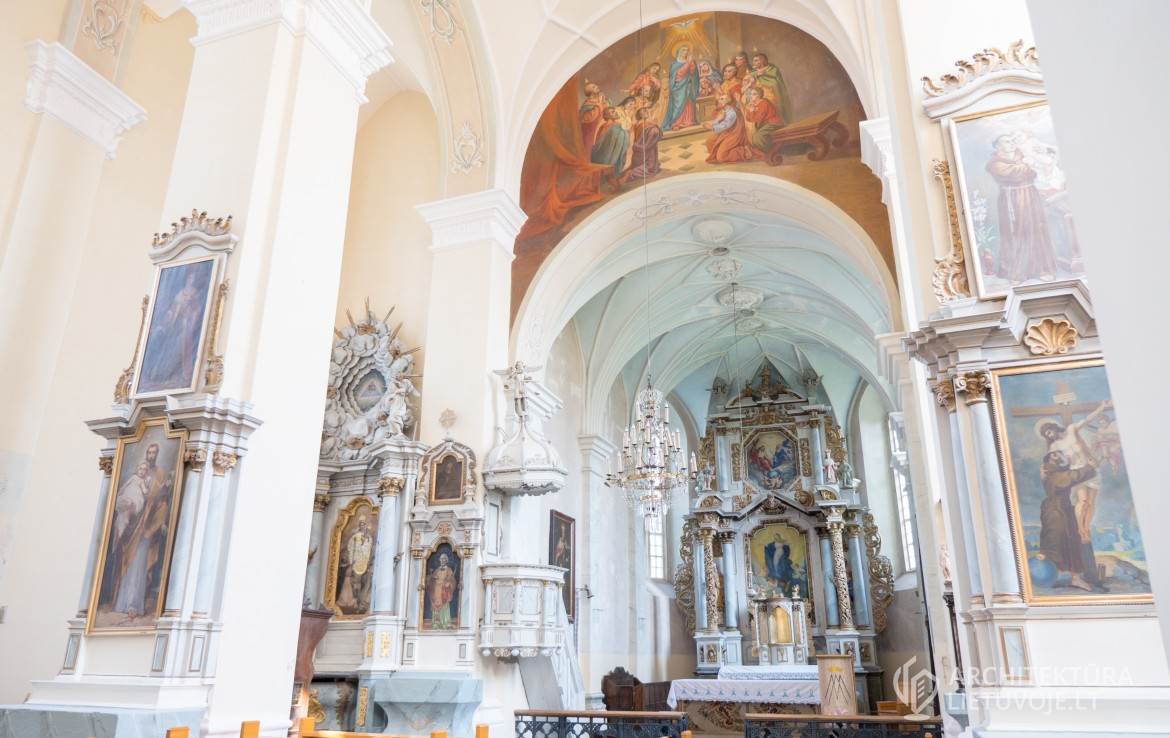 Church of the Assumption of The Holy Virgin Mary in Veliuona - Draugystės g. 1, Veliuona 74442, Lietuva