Veliuona estate, which was once one of the largest in the land by his holdings, underwent a great number of changes in the course of history. The last important period of its existence was related to the noble family Zaleski who owned it for more than a century, until 1909. It was during this period, at the beginning of the 19th century, that the manor house and the estate park which have survived up to the present day appeared.  During the interwar period the building was turned into a school; the building continued to be used for educational purposes until the end of the 1970s.

Historically, natural conditions of the locality were reflected in traditional architecture of the regions:  over long centuries, wood was the main building material in our country. Later it was used in professional architecture too, which was especially obvious in provinces: wooden construction intertwined with “brick” styles that were widespread in Europe. Wooden manors most often built by the families of middle and small noblemen were also widespread. Today the largest number of such examples is from the period of classicism; Veliuona estate, which is regarded as one of the most impressive cases of this phenomenon,   is its true reflection.

Though the majority of manors of that period often varied from the norms of classicism, the architectural style of Veliuona estate is purified enough. As it is characteristic of the manors of that period, symmetry, monumentality and stringent composition are strictly followed. The volume reflects one of the most widespread types of manor houses of that period: the horizontal of the one-storey part is distinguished by a two-storey volume with a massive monumental portico projected in front of it. And though a one-storey part architecturally is much simpler than that of its brick “brothers” of the building, the principles of the Doric order are consistently observed.

The building is raised on a sufficiently high footstall band, which is of the same height in the central part of the building. Four columns support the entablature band divided by triglyphs: above it there is a triangular pediment with a characteristic semicircular bay window. Dentils referred to as modillions in professional terminology support the cornice bands. According to the specialists who investigated the building, stylistic changes in the main part of the building dictated by materials are mainly reflected in somewhat thinner column than is customary in brick architecture.  There were somewhat smaller, one-storey porticos noted for a little more moderate adornment on the side facades; today one of the columns has survived until the present day. The symmetry of the building is destroyed by a two-storey brick extension annexed to it.

As it was often customary, a large representative hall referred to as the red hall was built behind the portico. The interior was modest, only the main premises were more amply decorated. When visiting the estate, in the so-called blue hall, one can still see fragments of the painterly décor and parquet. Only the tiled stove has survived of the former red hall, and the charming, amply decorated spiral staircase leads to the ground floor. 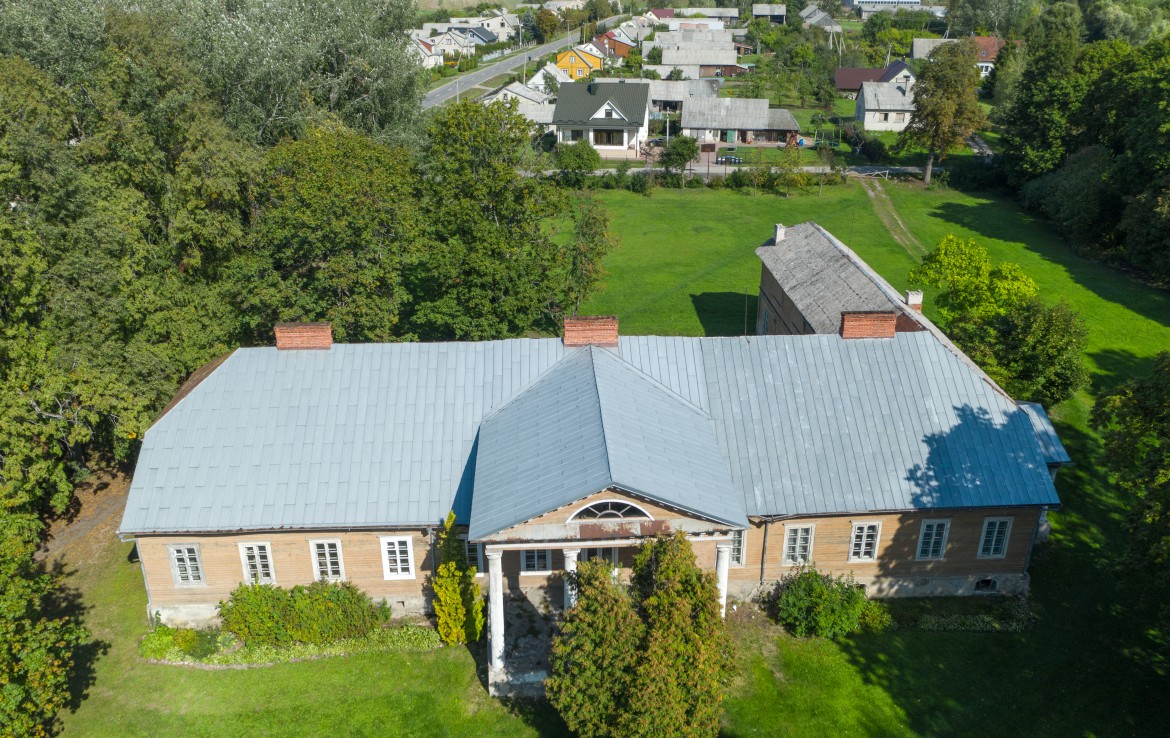 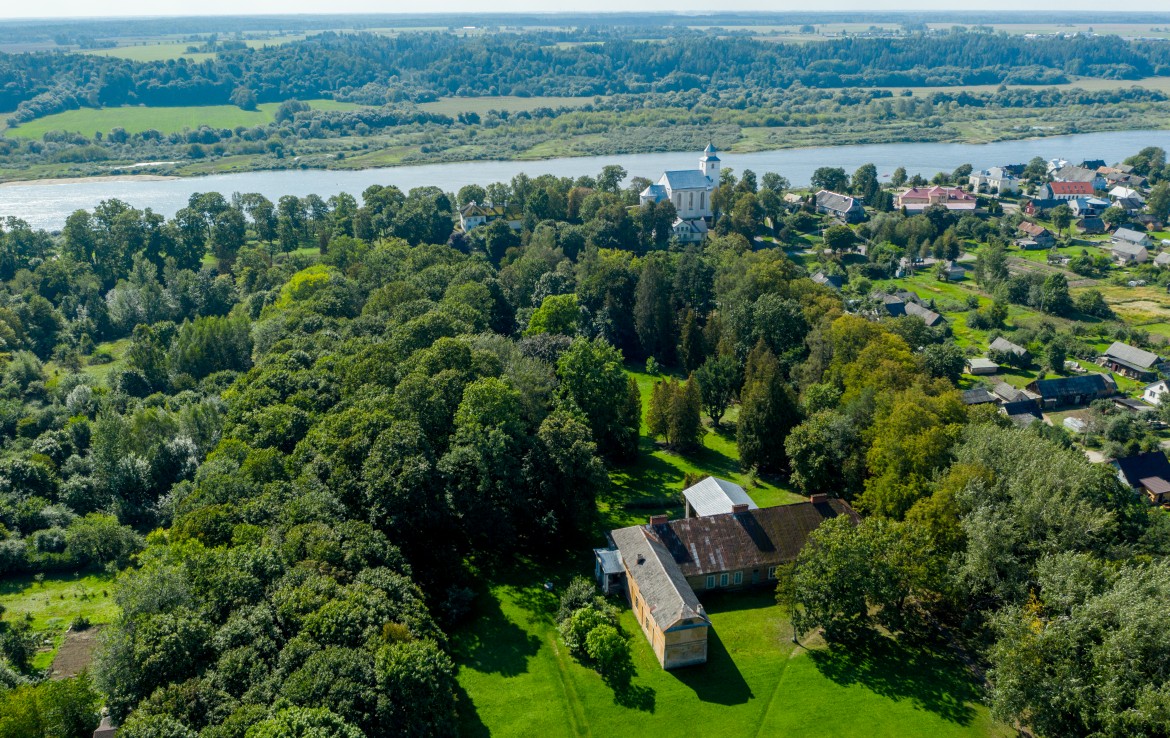 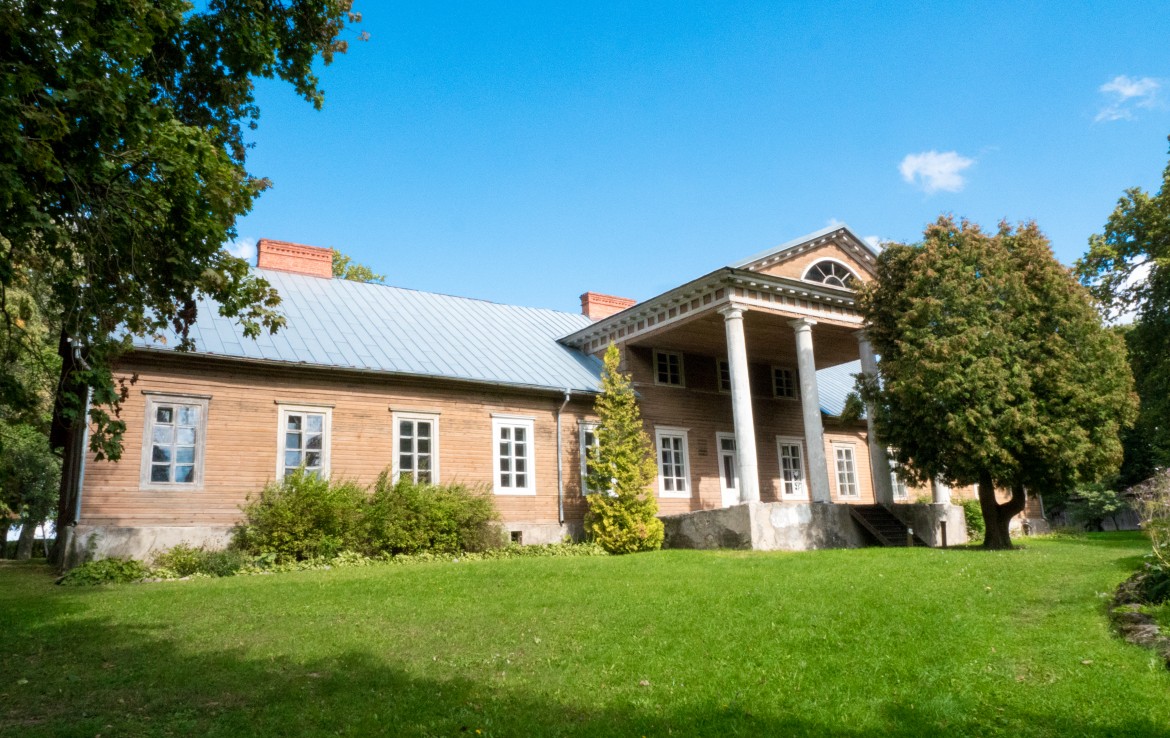 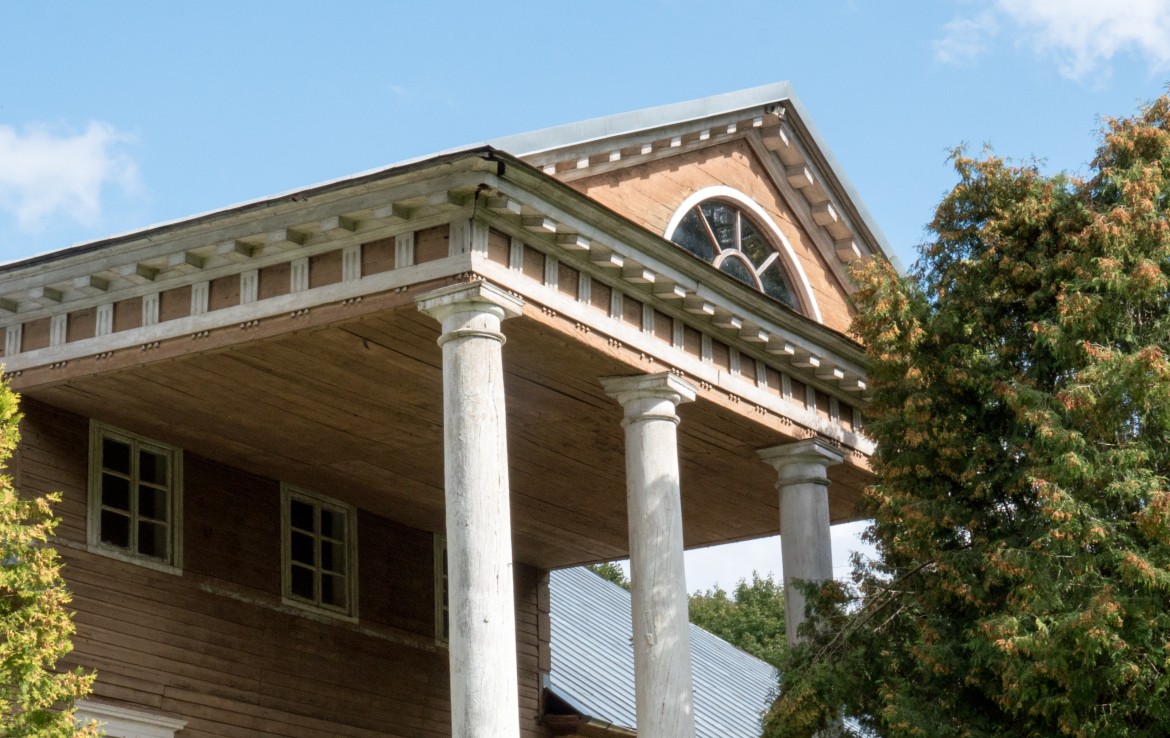 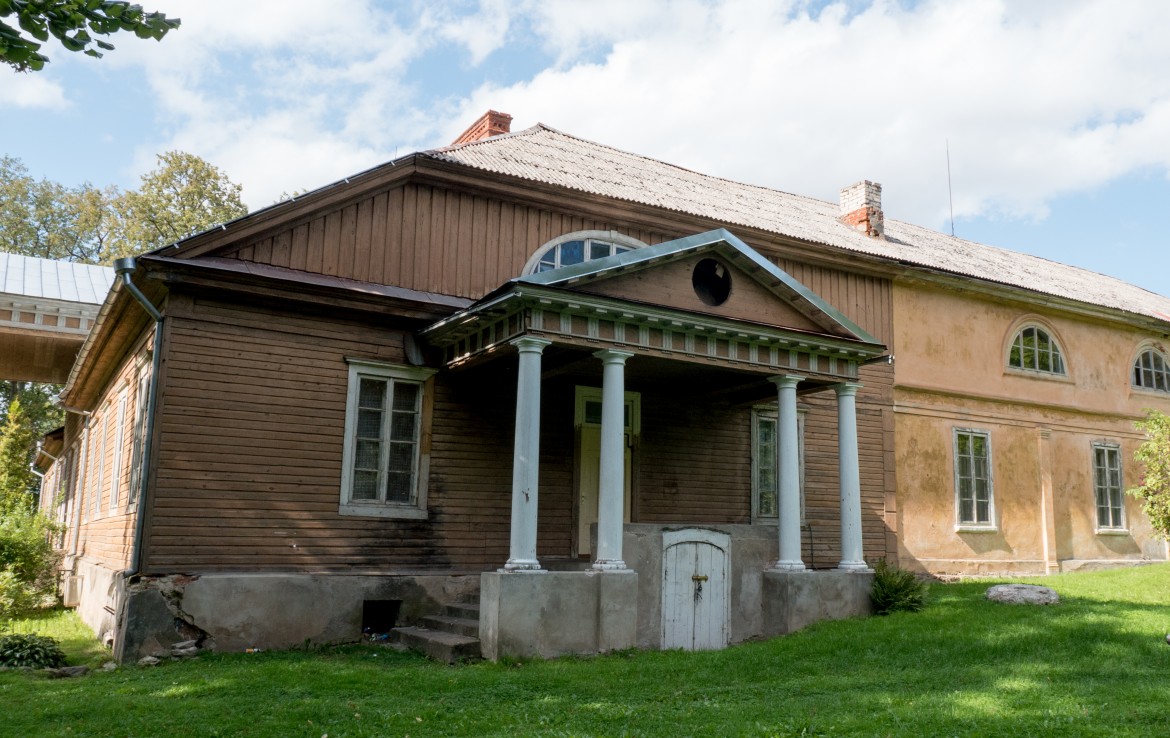 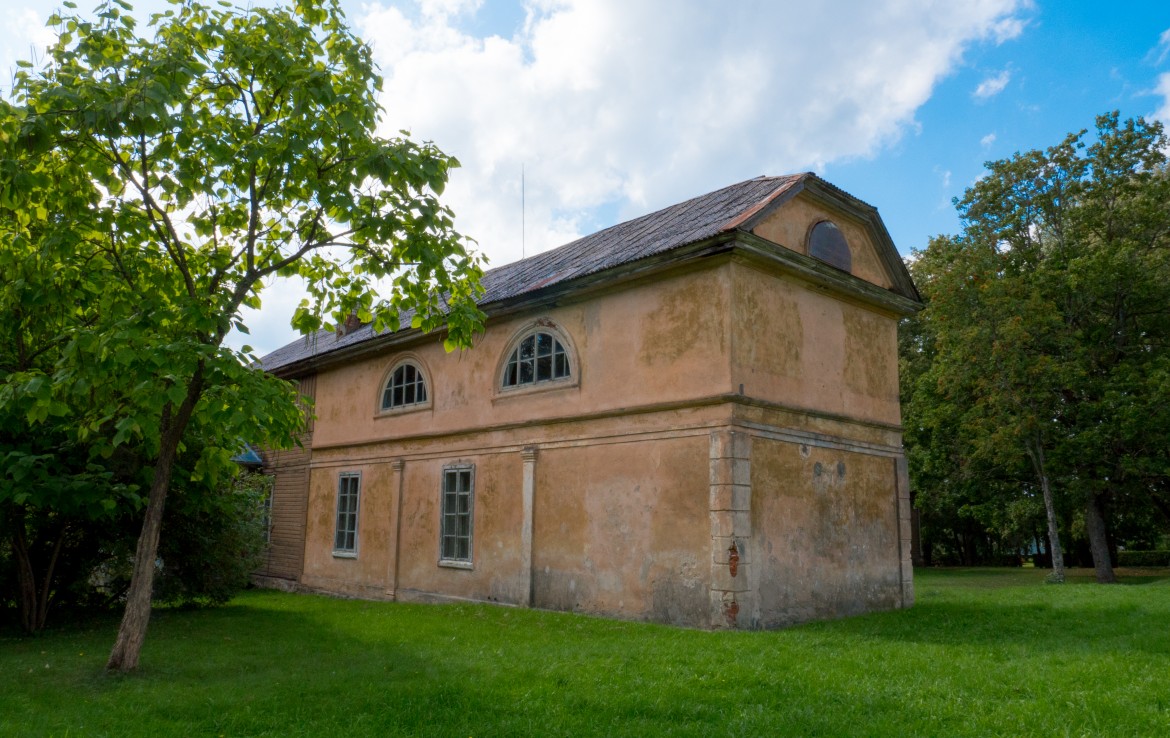 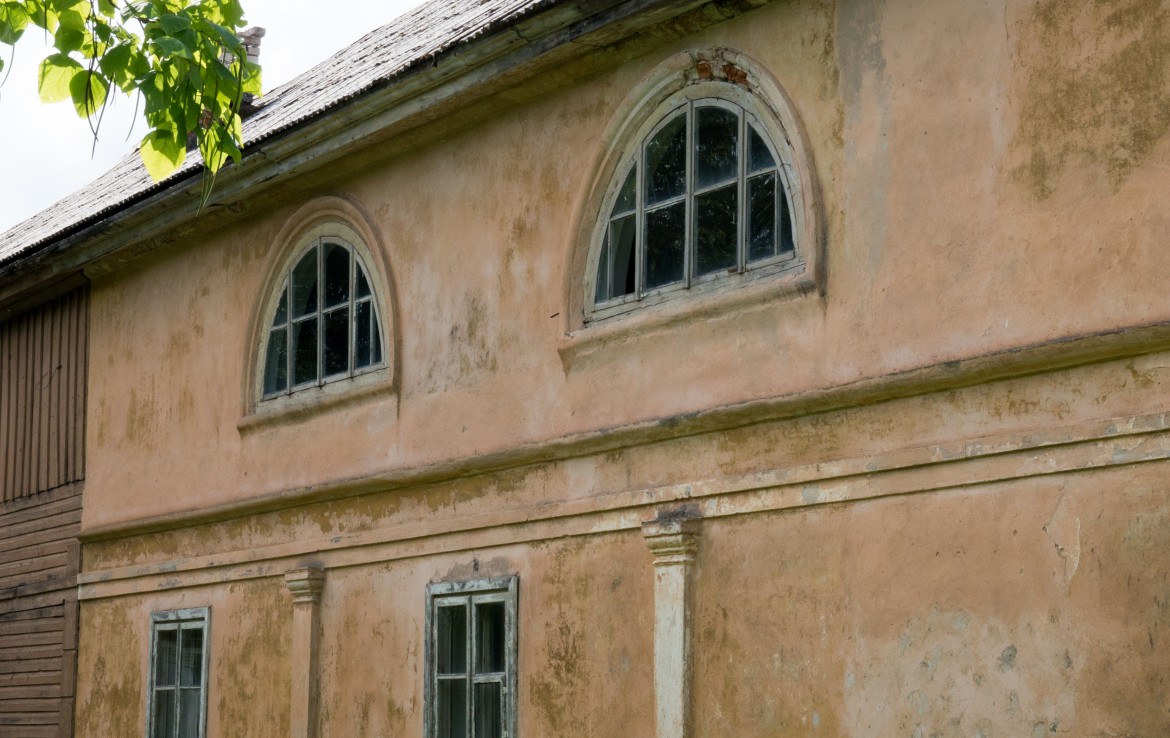 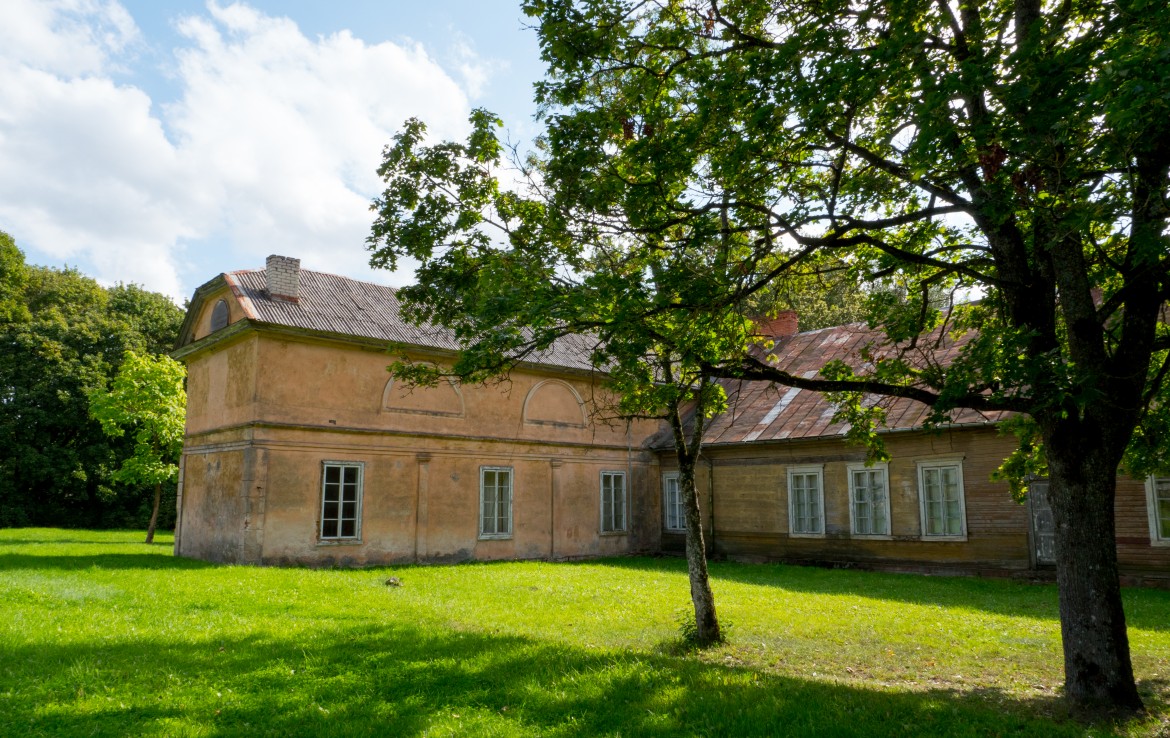 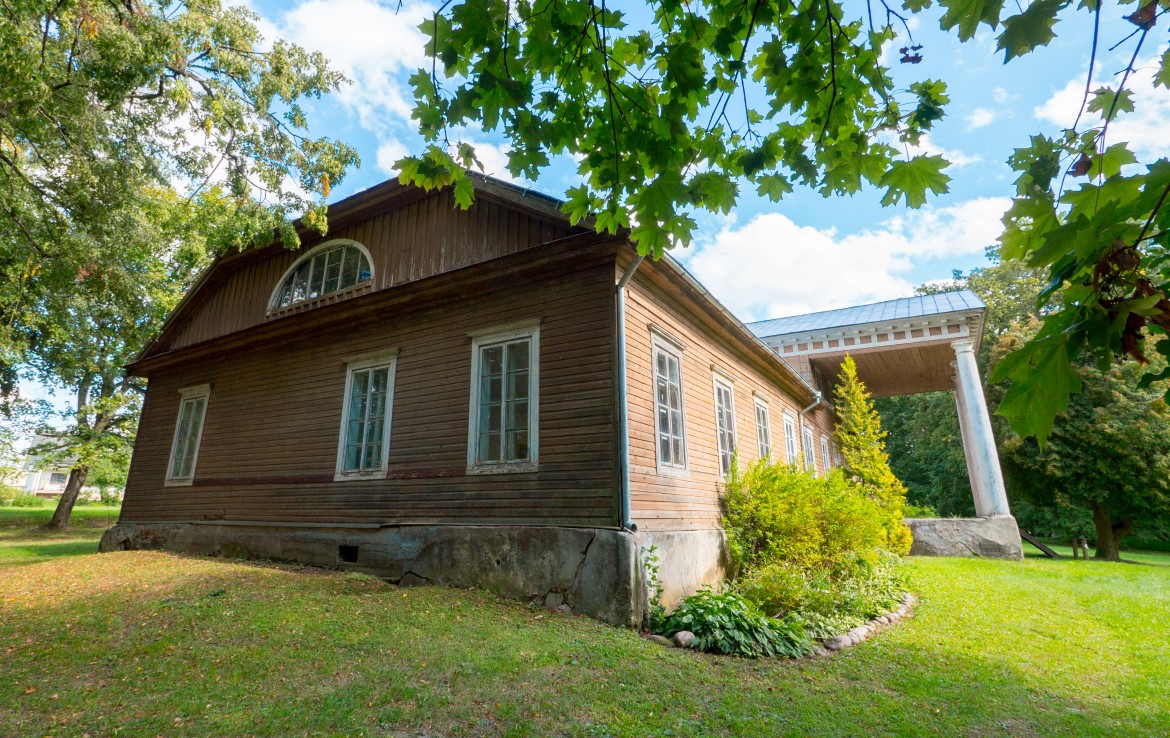 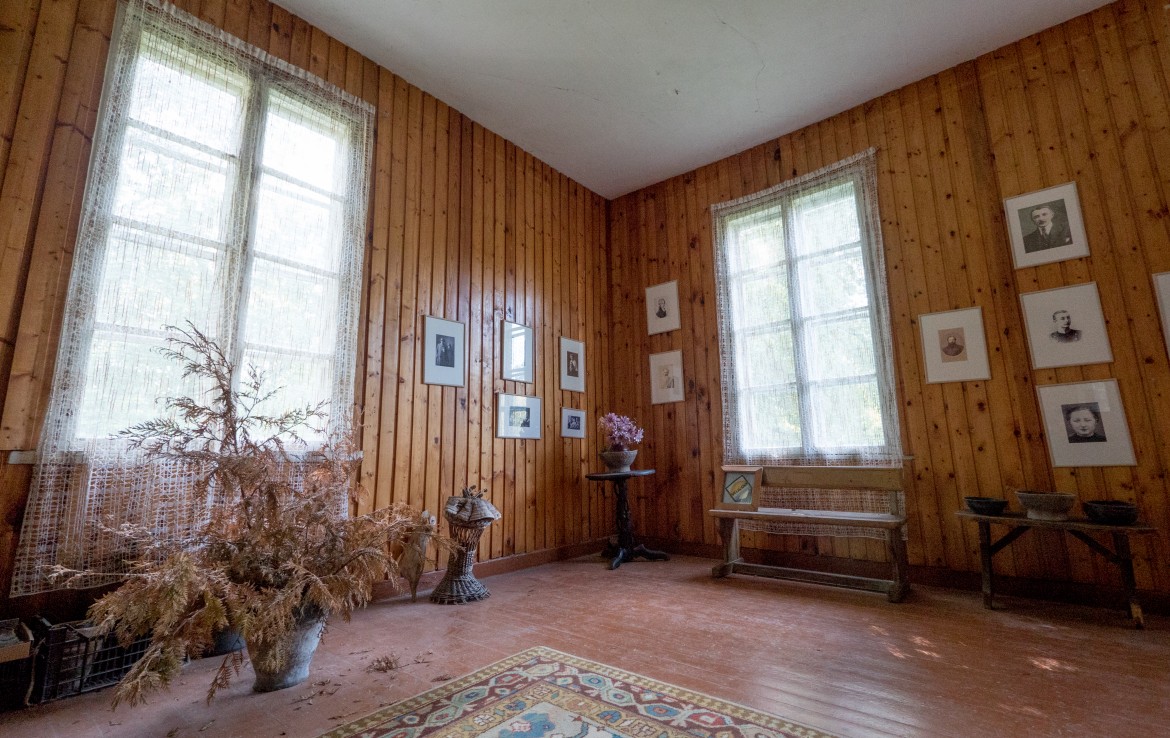 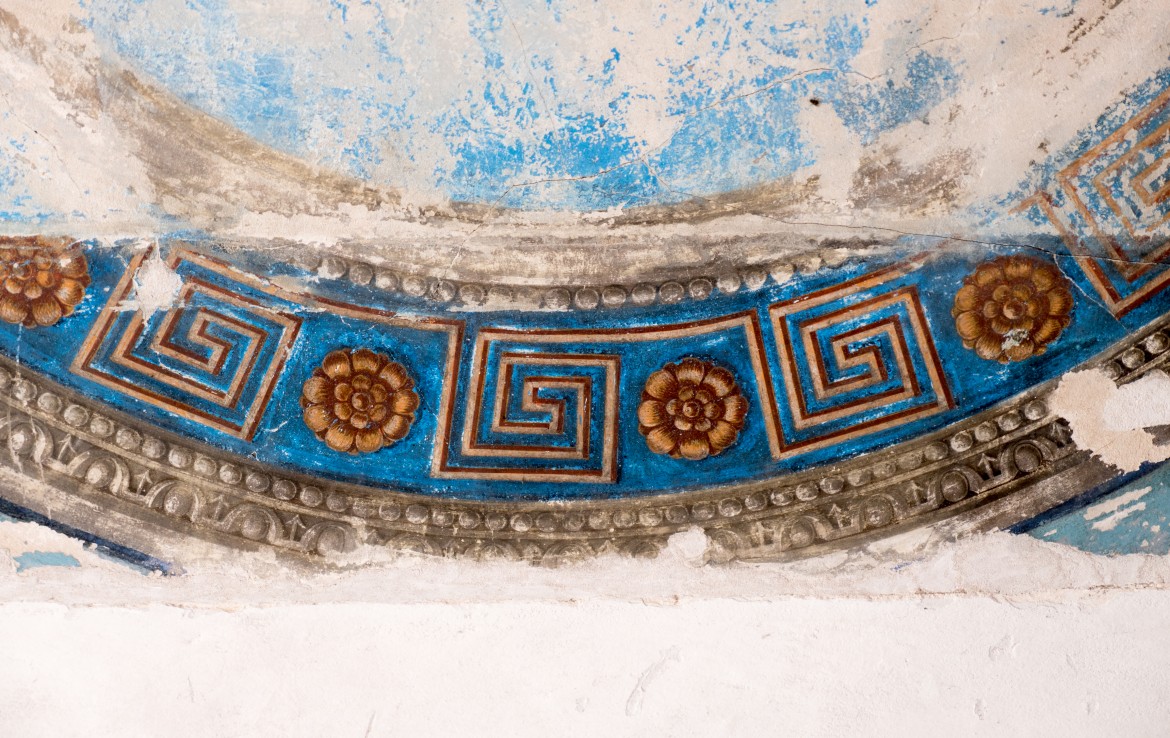 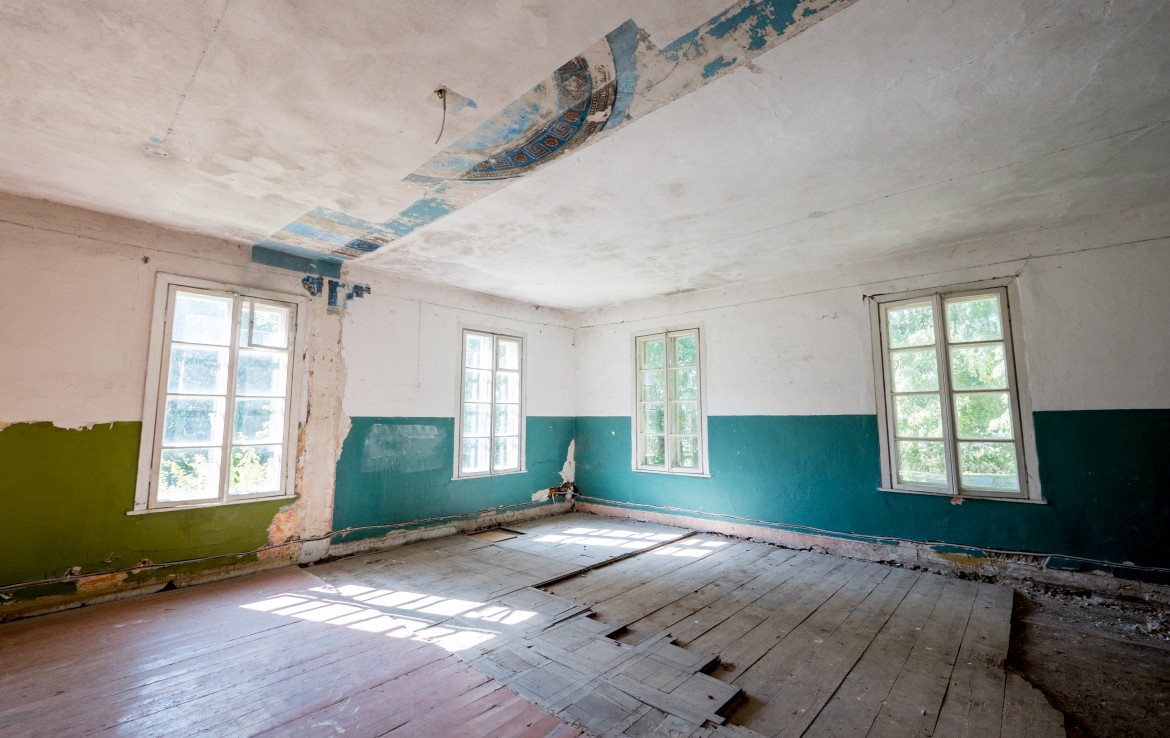