In Veisiejai location, surrounded with lakes, a monumental basilica type church building without towers stands. This is the Church of St. George, the construction of which was launched even in the third quarter of the 18th century. After the sudden death of its founder, the construction of the church stopped and was completed in 1817 only by representatives of the Oginskiai family, who owned the local manor at that time. A complicated history of church’s construction determined changes in its project. Today, in its architecture one can see both Classicism and Baroque details.

At the bottom part of the main facade, pilasters, finely dividing it, which, apparently, previously divided both tiers, are seen. They hold the massive entablature, the frieze and cornice band of which gird the facades of the side naves. Part of pilasters are “tucked deep” under the large doubled pilasters, which appeared later, and run along the entire height of the church’s central part and frame it on the sides. The entablature held by them is recessed in the middle – this is reiterated in the triangular pediment as well. The Baroque impression is enhanced by the curved attic walls, joining the side parts of the facade with the central part, and by a smaller pediment, crowned with the cross and rising above the main pediment.

In the facades of the side naves, one can see division by the pilasters, already seen in the main facade – these are set up in twos, only the wider, boundary planes are distinguished by solitary pilasters, which are slightly jutted out and extend the broken entablature of the central façade on the top. Atop the planes, rounded arches of the windows are integrated. The sides of the main volume are divided in the same rhythm, still the pilasters are replaced here by ledges, while the windows take up almost entire width of the planes. The presbytery part is rectangle-shaped with slightly rounded corners, by its width and height extending the main nave.

The spacious central nave of the church is divided by doubled pilasters joined by arches; in the presbytery part, they are set up one by one, while the rhythm becomes increasingly dense; such a division “turns” to the rear wall of the presbytery as well. The pilasters hold the massive entablature with a frieze accentuated by different colour and the abundantly profiled cornice – this band, protruded at the pilasters, cover the entire main nave of the church. The enclosure of the organ choir balcony has a cornice of much more modest forms with integrated dentils. 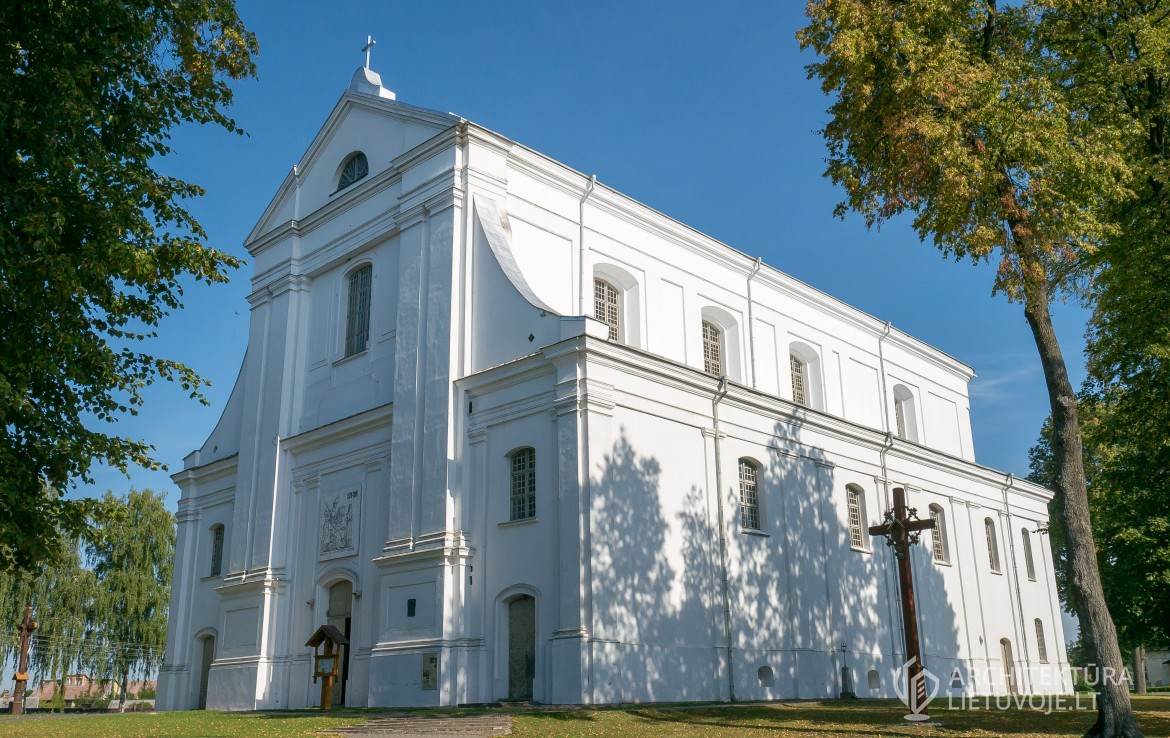 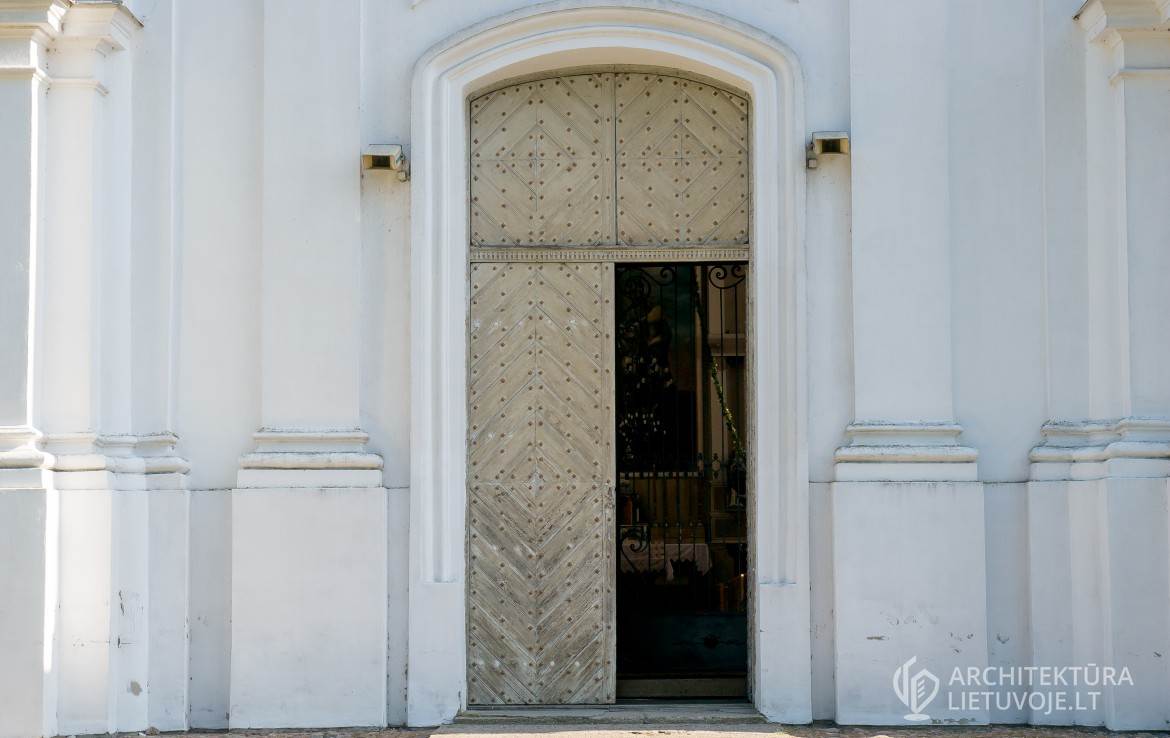 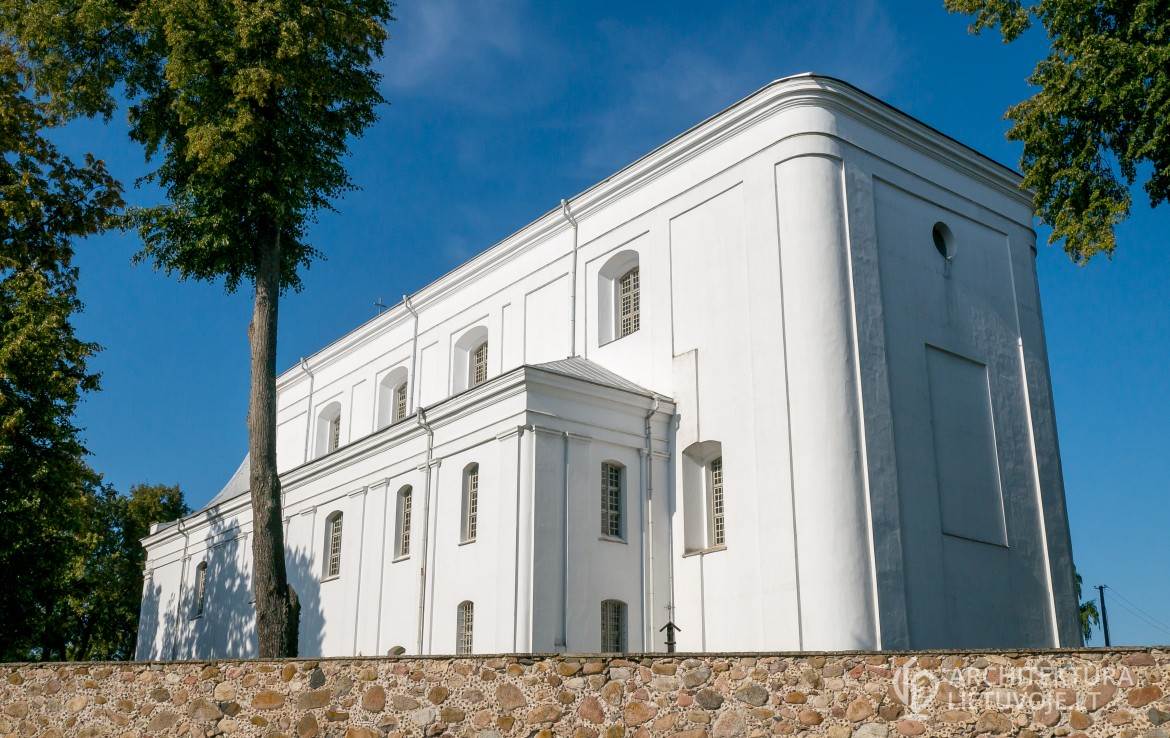 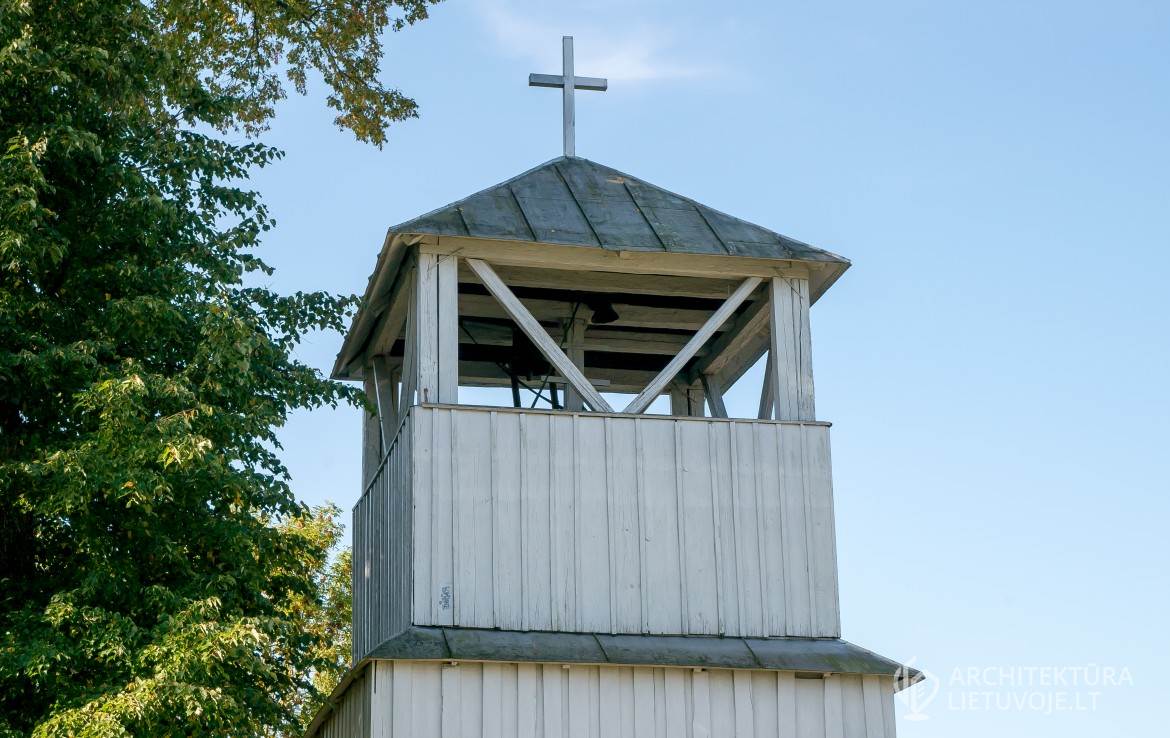 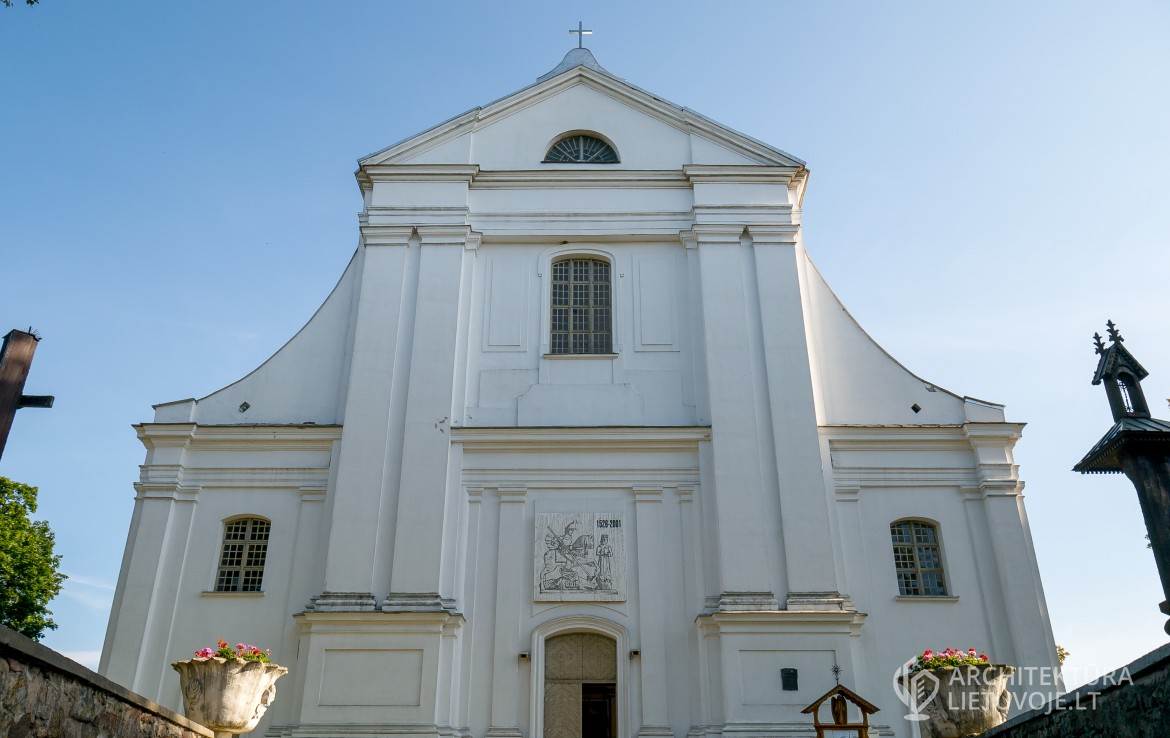 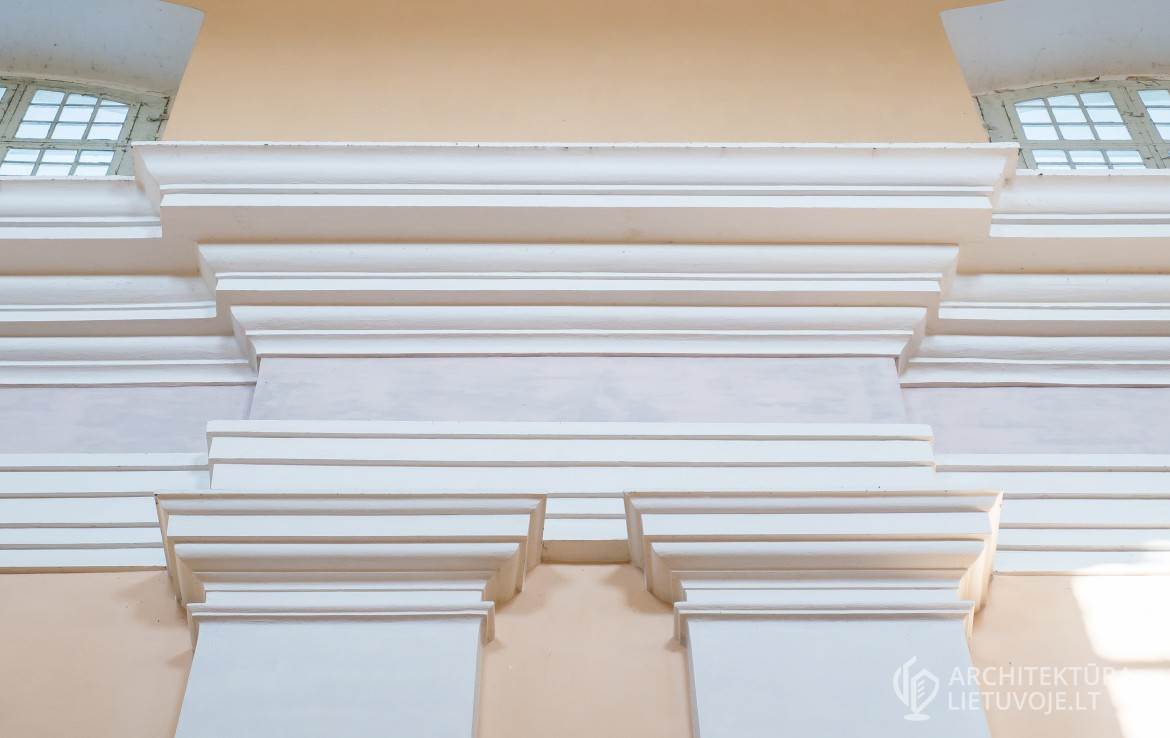 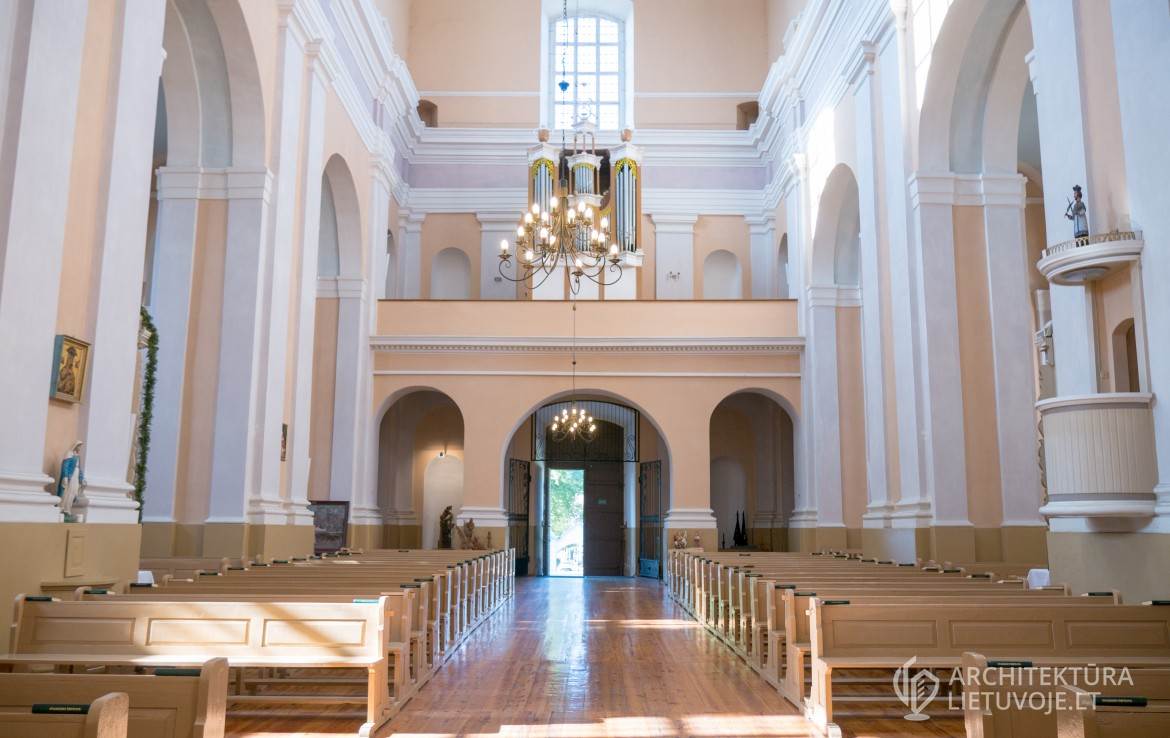 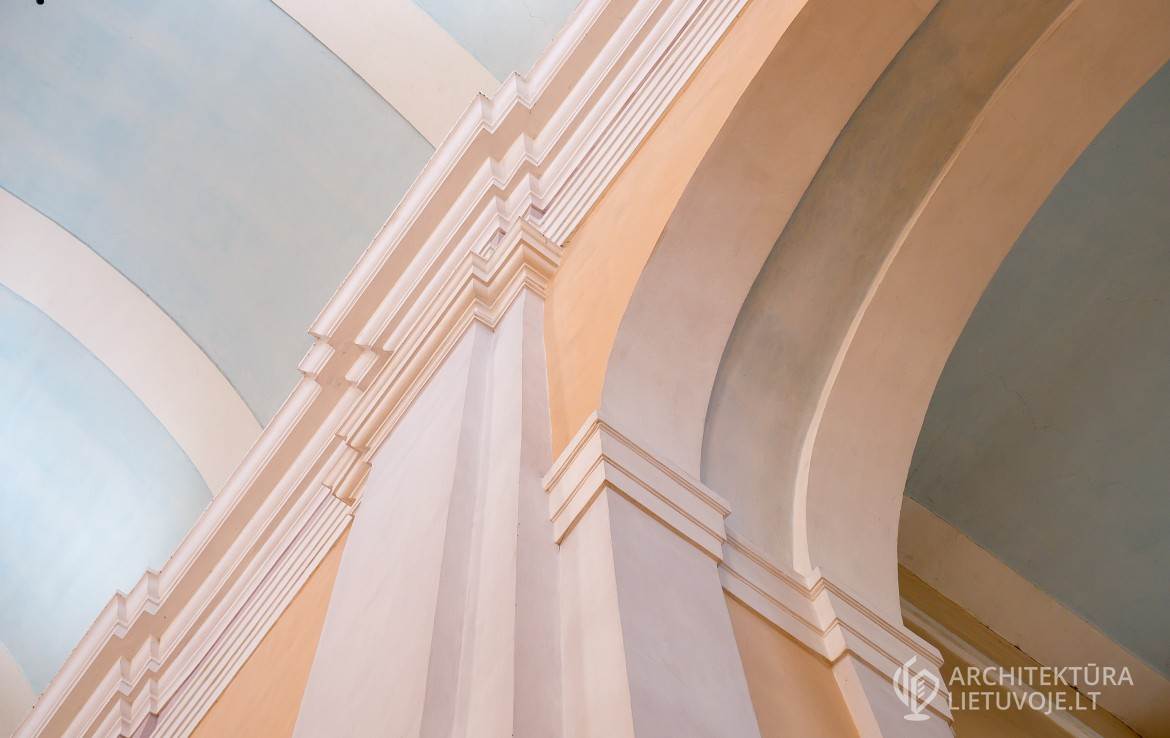 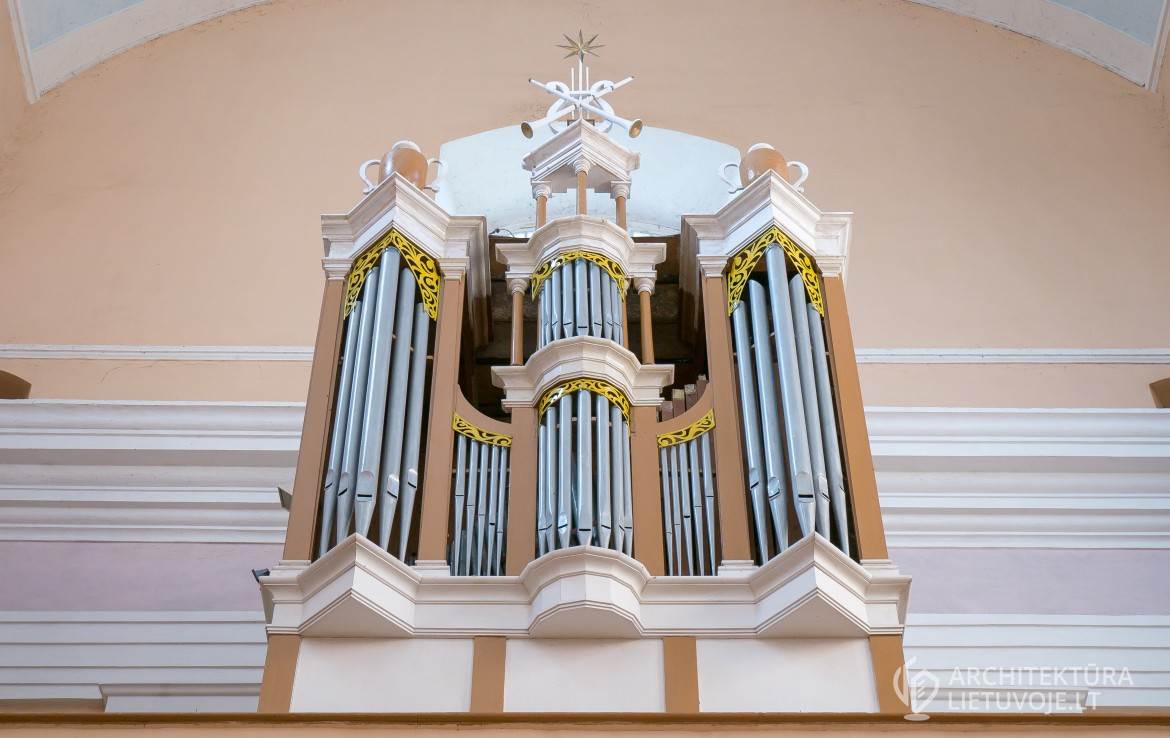 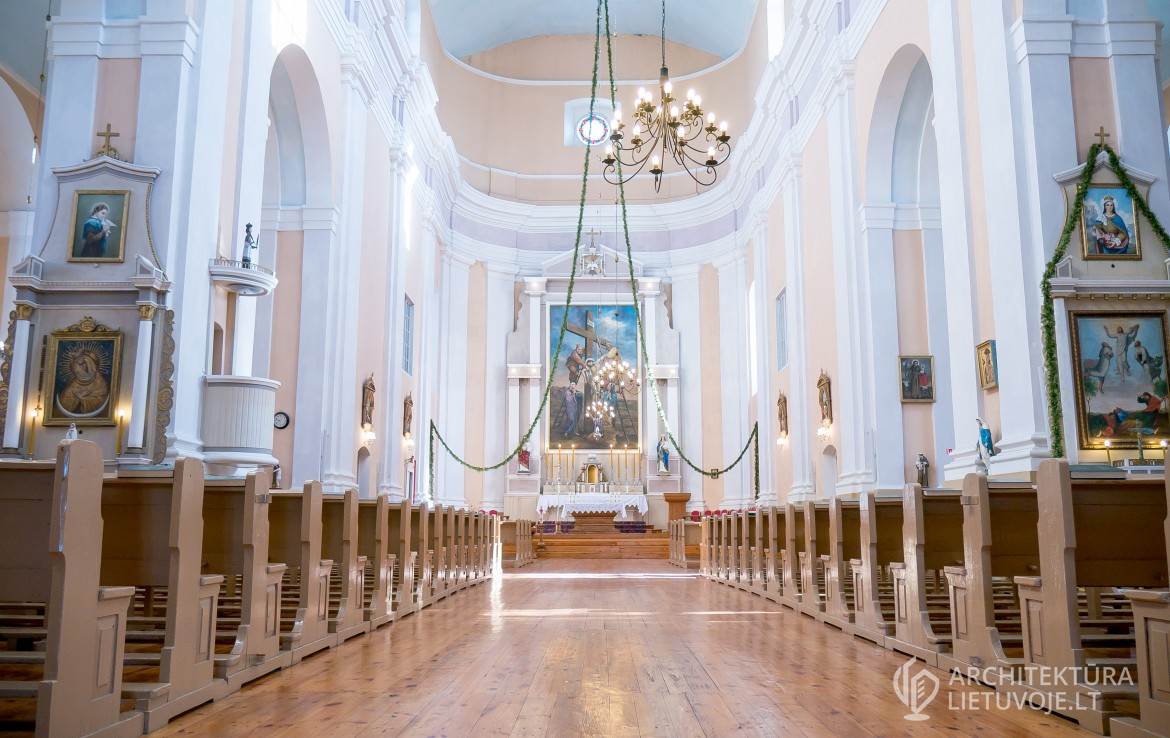 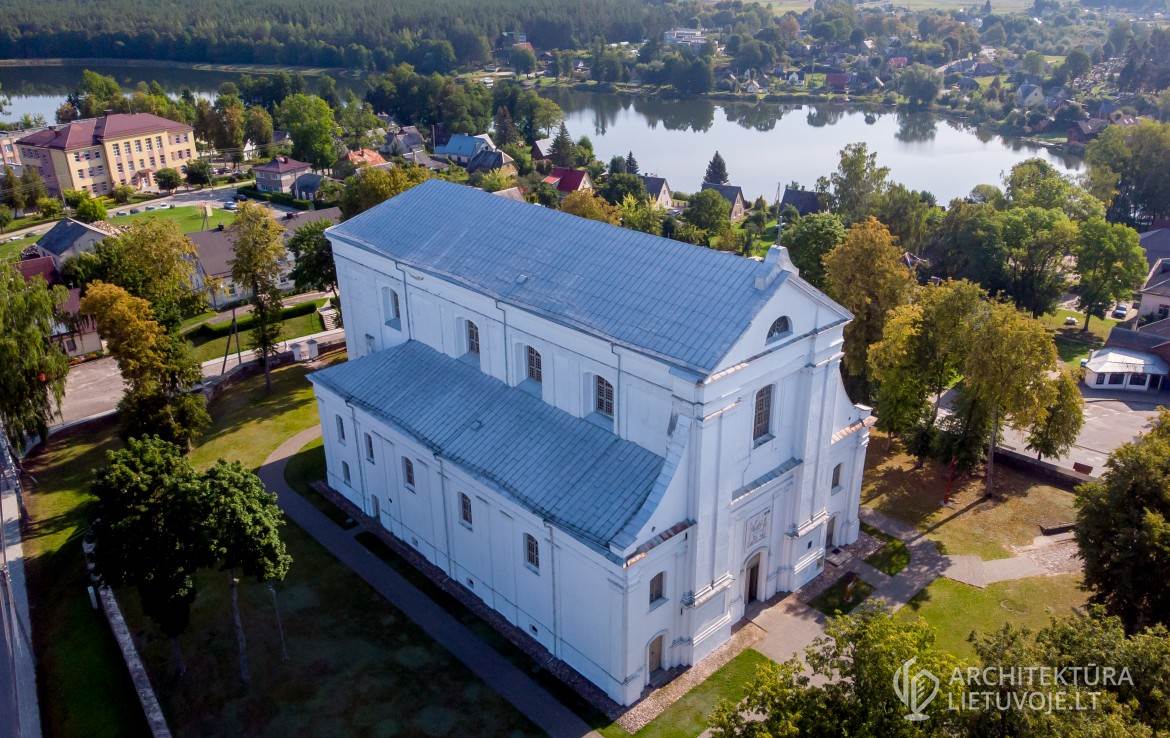 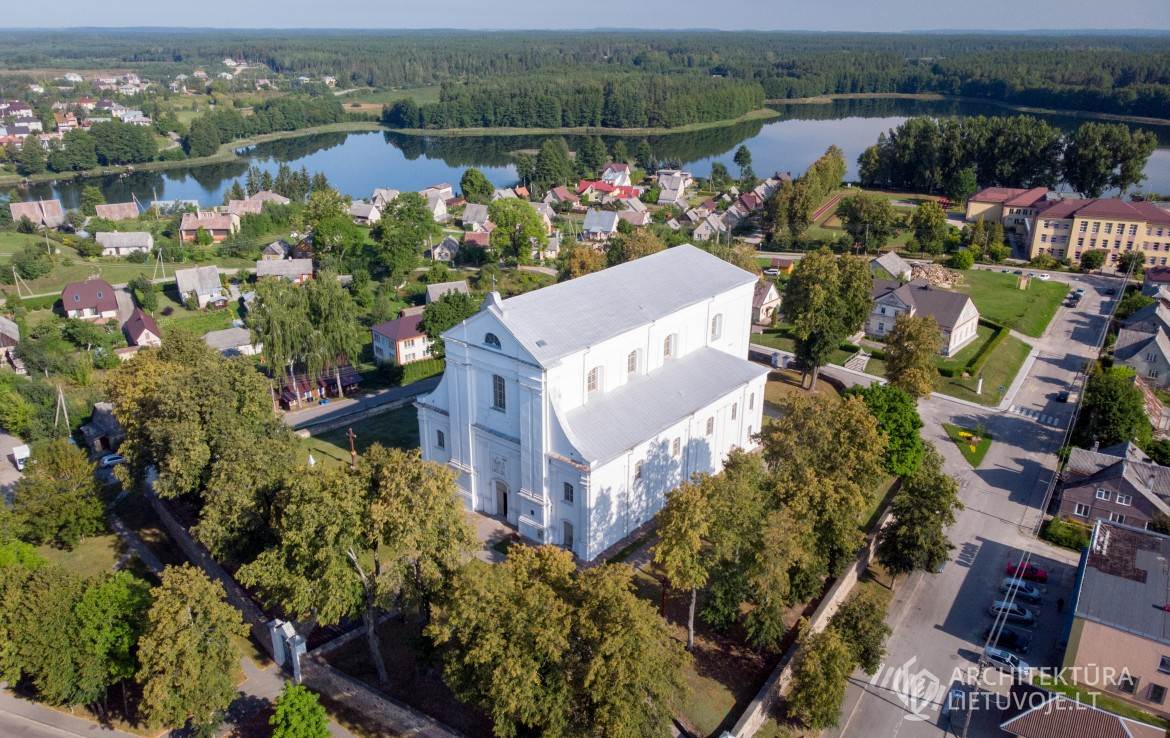