In the present Varniai, which previously was Medininkai, even in 1417, under the decree of Vytautas, the future Diocese of Samogitia was established. In that year, the first cathedral was built, which used to be built anew after various disasters. Today’s sanctuary, founded by the bishop Kazimieras Pac, appeared in 1681-1691, meanwhile instead of the old one, a building of Samogitia Priest Seminary was built later. Part of the interior was ravaged by fire in the early 19th century, still it was not the biggest loss: in 1864, under a decree of the tsarist authorities, The Centre of Samogitia Diocese was moved to Kaunas, and Varniai remained without the role it had been playing for more than 400 years.

In the facades of the High Baroque building, planes, framed by lesenes, pilasters and profiled cornices dominate. The middle part of the main facade ends with a triangular pediment, the height of which is almost even to the upper tiers of the towers. Not tall verticals of the towers are slightly brought out by protruding them from the overall plane of the facade; perhaps the most impressive element of the building – the spires of the Baroque towers having complicated form. The pediment of the transept on the right side is expressive – apparently, the similar forms were also of the high pediment of the main facade previously. The basilica of cross plan is ended by the massive five-walled apse; on both sides of the presbytery, two-storey sacristies are built.

As is often the case in the sanctuaries of this period, the main decorativeness secret is hidden inside: although the original interior has been devastated during various disasters, still, Baroque forms dominate here. As soon as one enters, he or she is made to turn around and look at the organ choir, built sometime later, with unusual, puffed form pillars and a dynamic band of the parapet matched to the Baroque interior, separated by a massive profiled cornice.  Particularly impressive is the High Altar, made by the maker Maumo Poloni from Königsberg in 1694, where one sees many features linked to Baroque period: gold-coloured elements and use of contrasts in colours, a small pediment broken in the centre and small sculptures of angels ending the altar on the top. The naves are separated by pillars, joined to each other by arches, ended on the top of the central nave with the sumptuous entablature band. 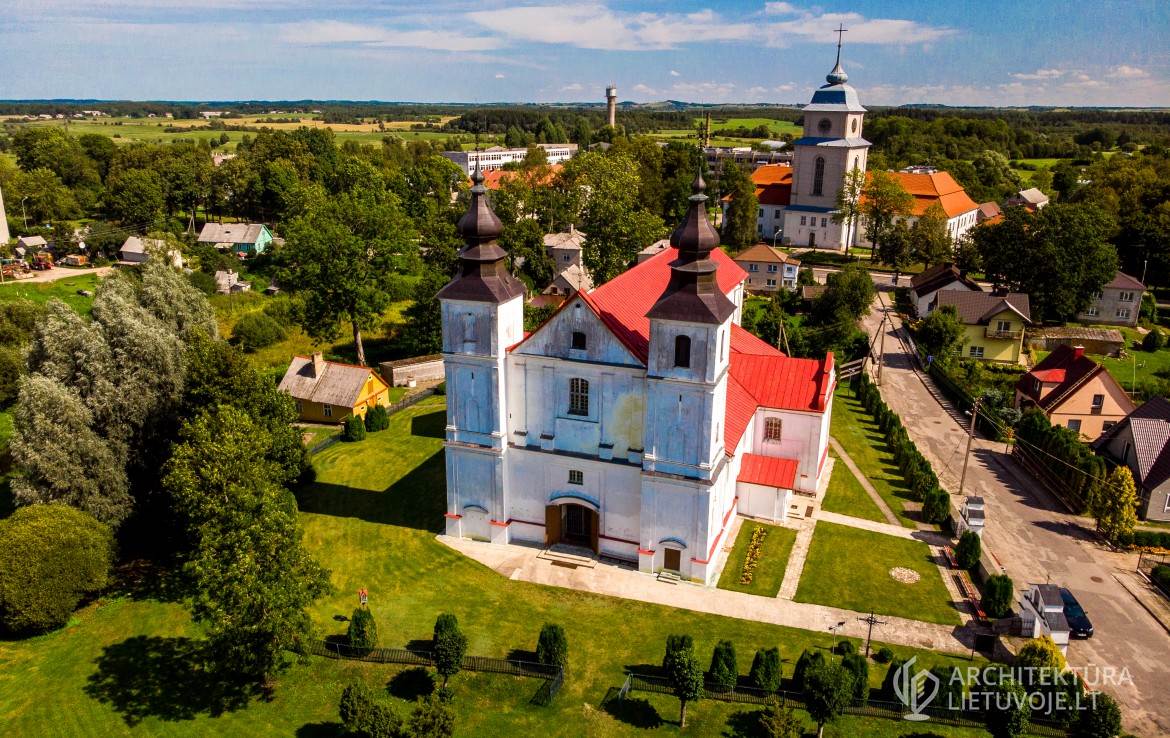 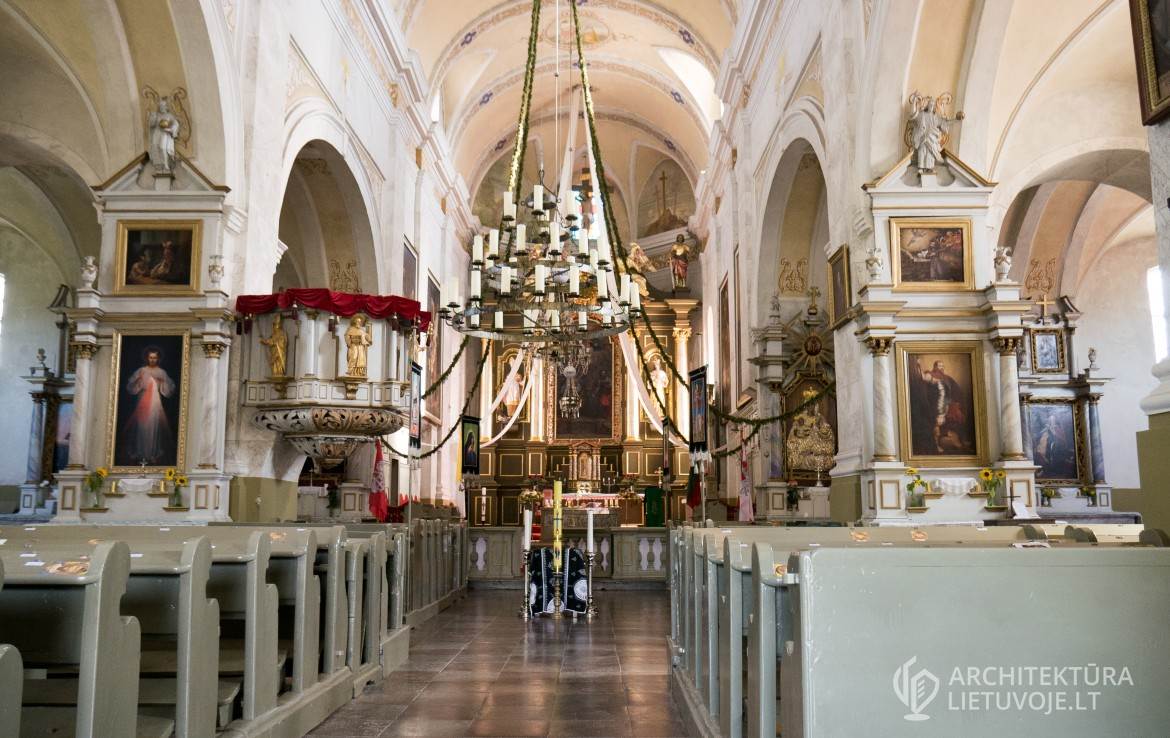 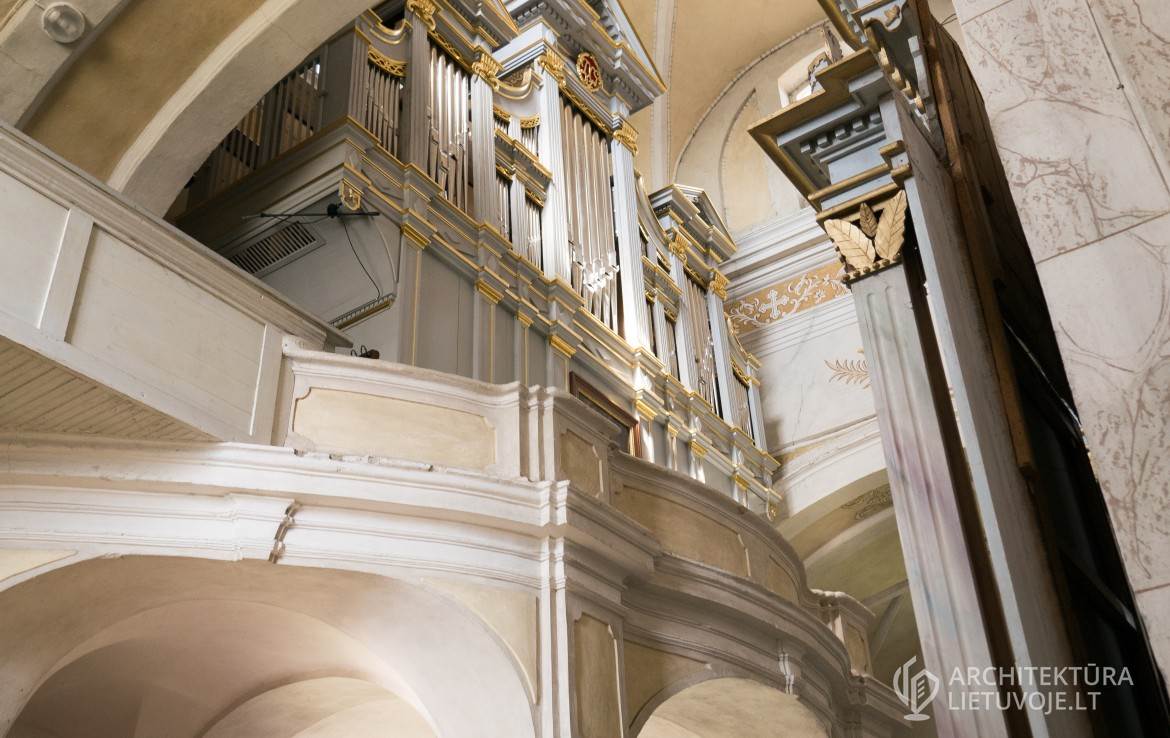 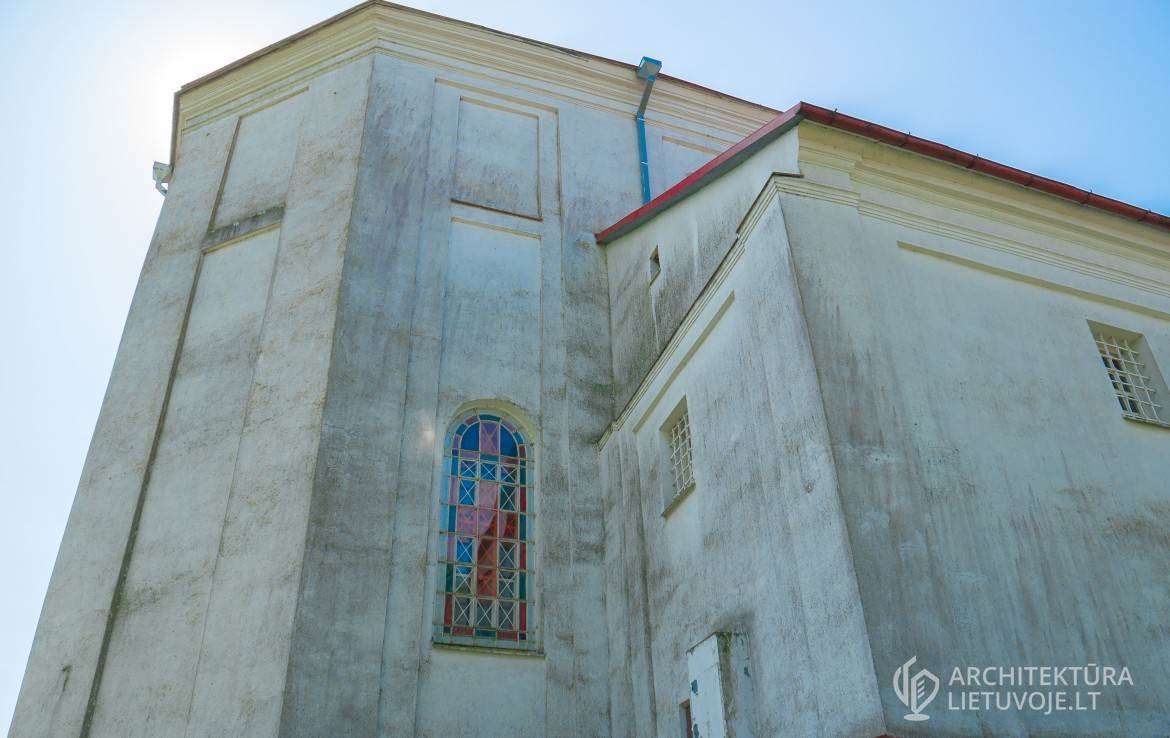 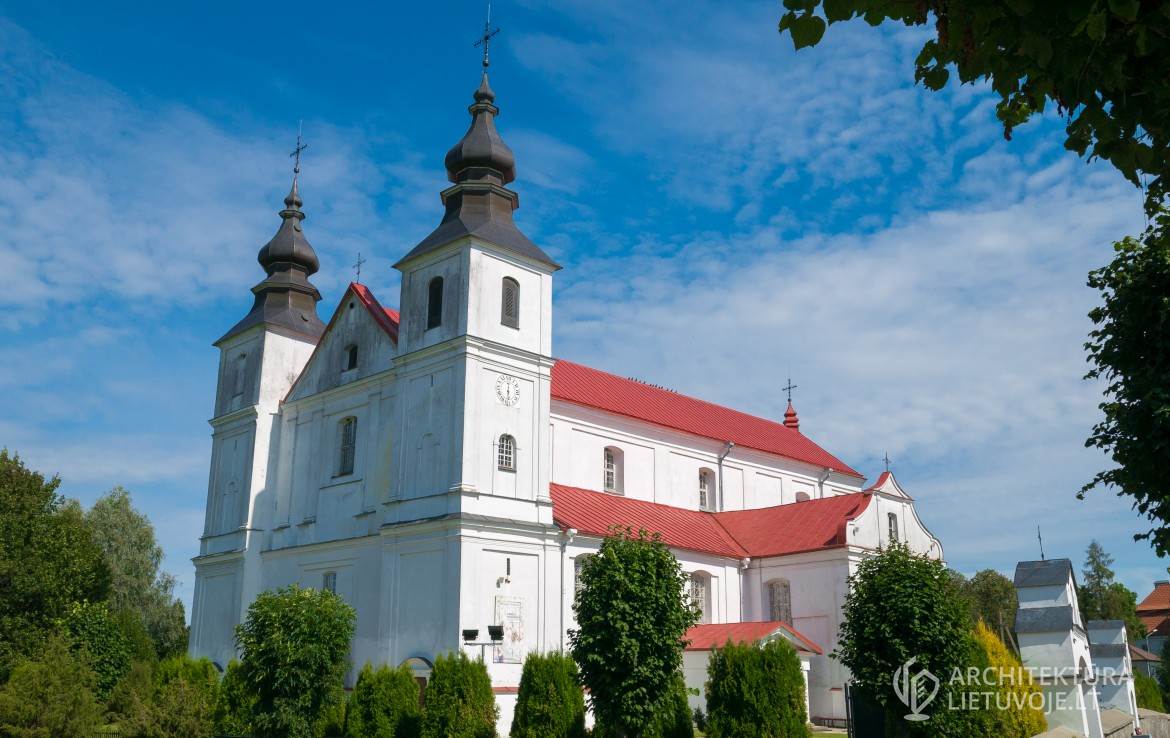 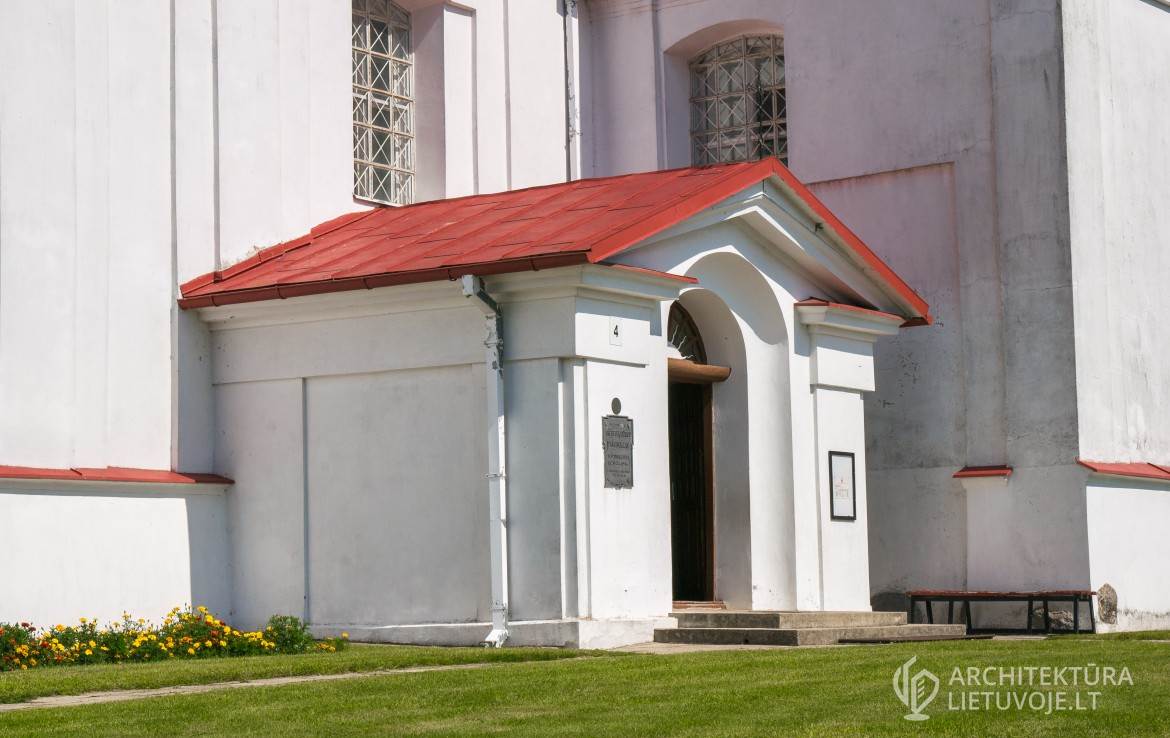 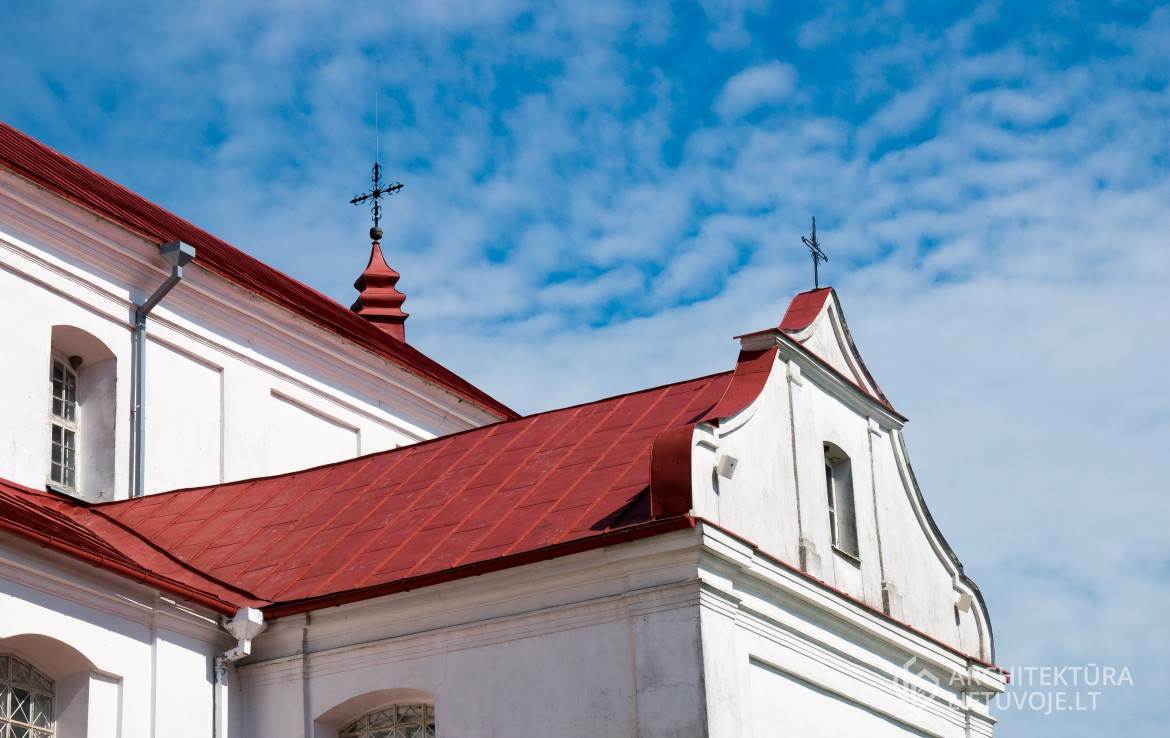 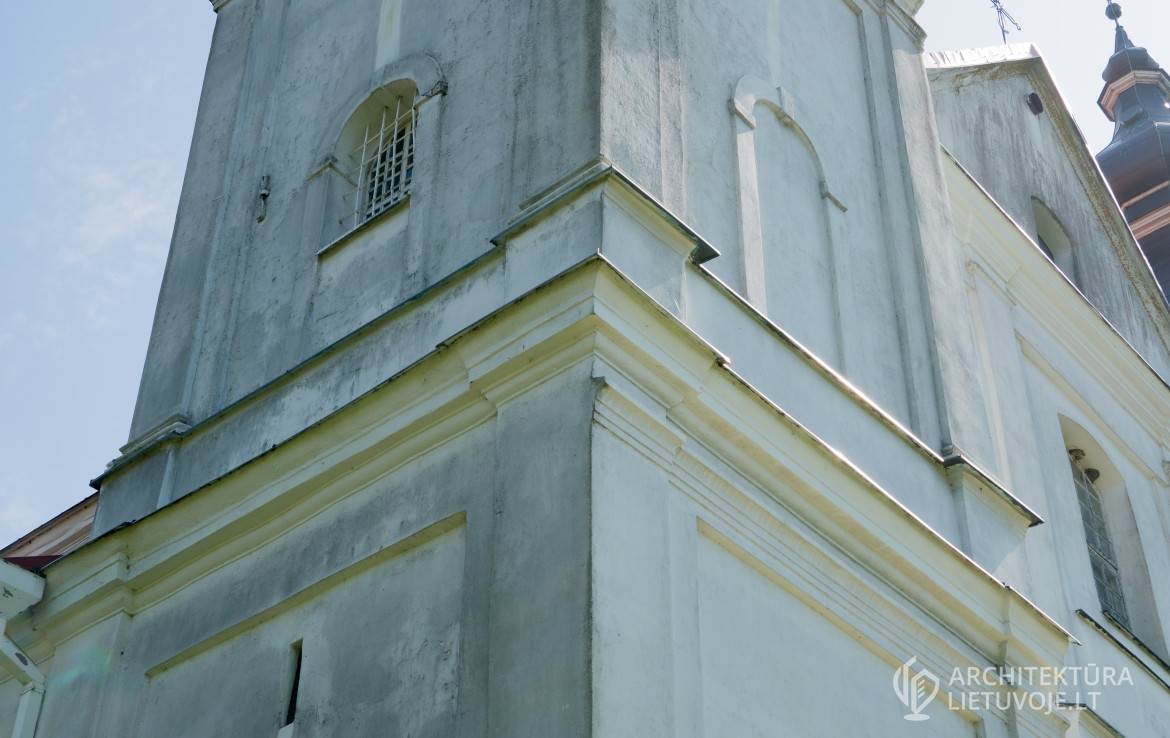 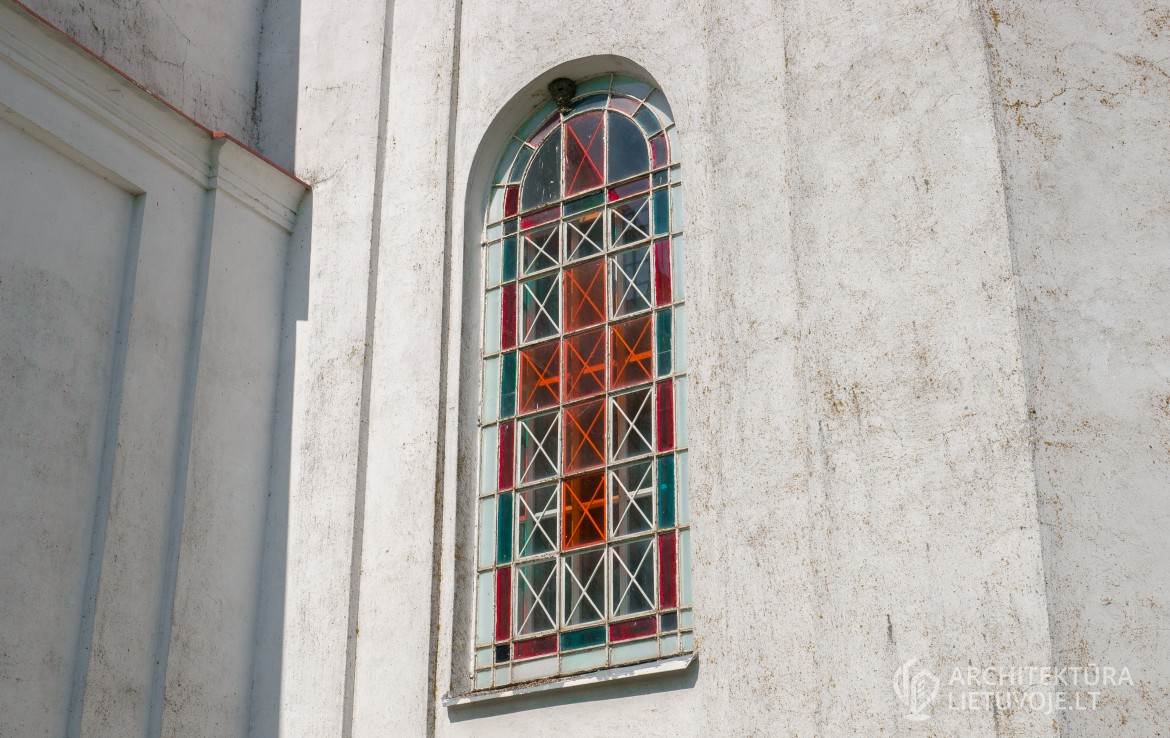 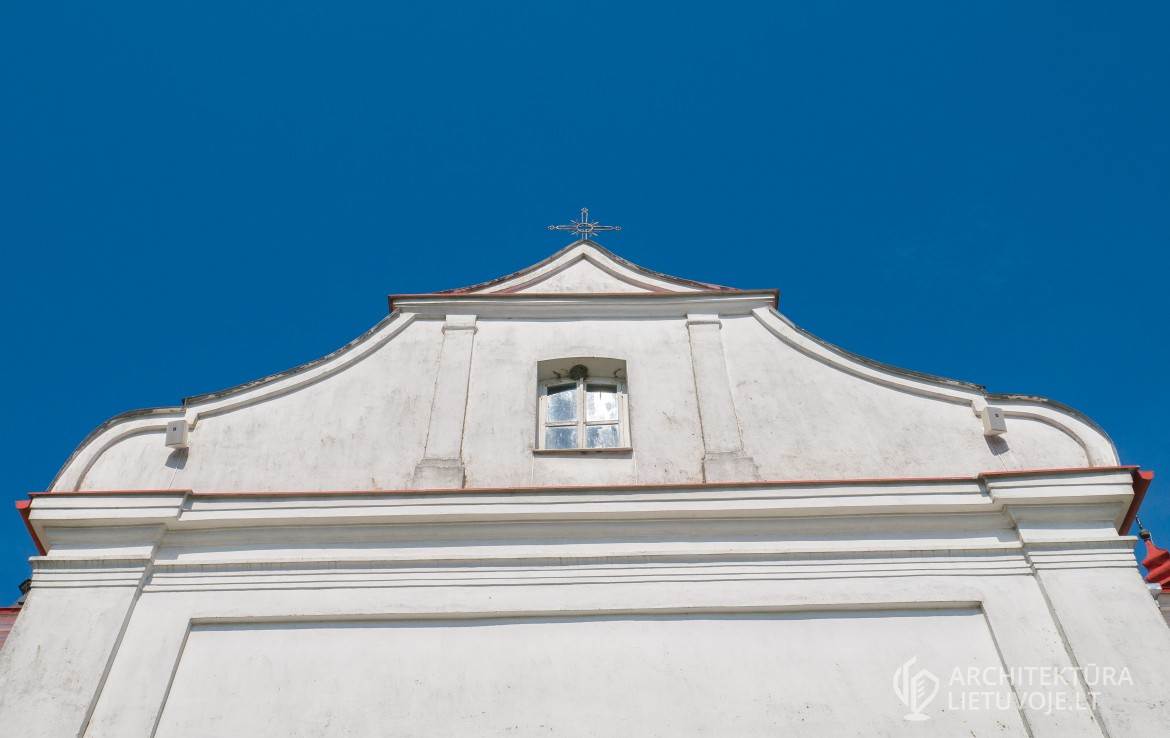 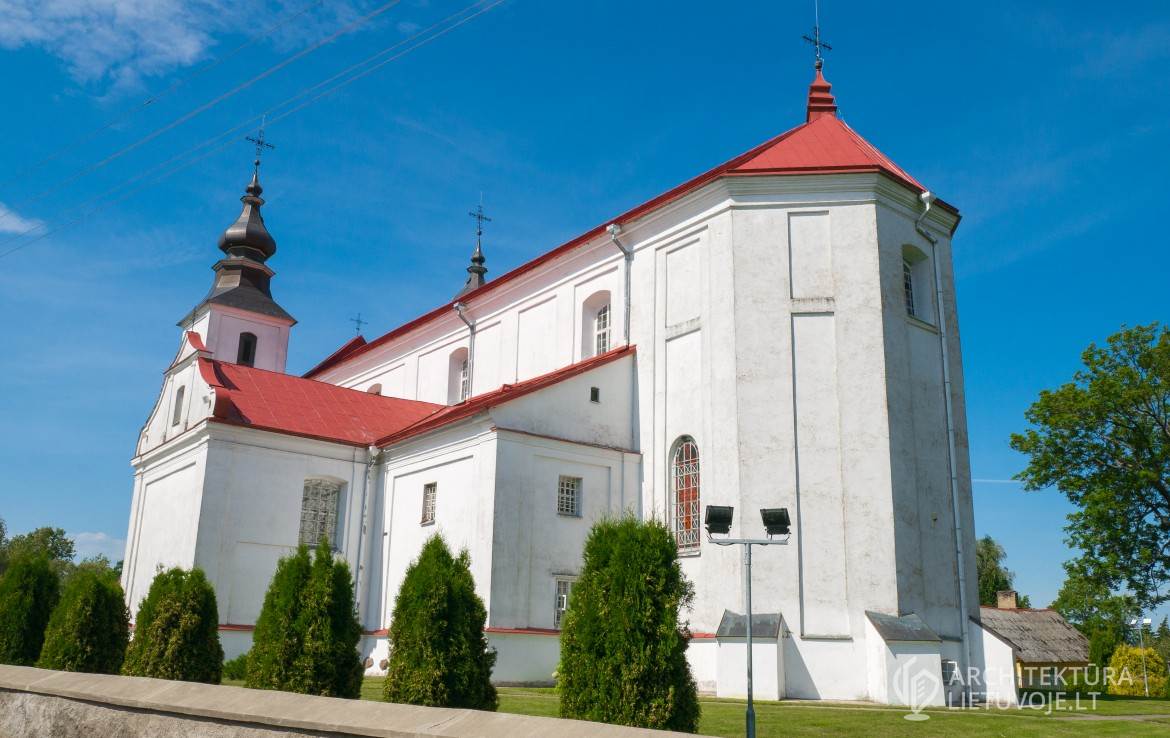 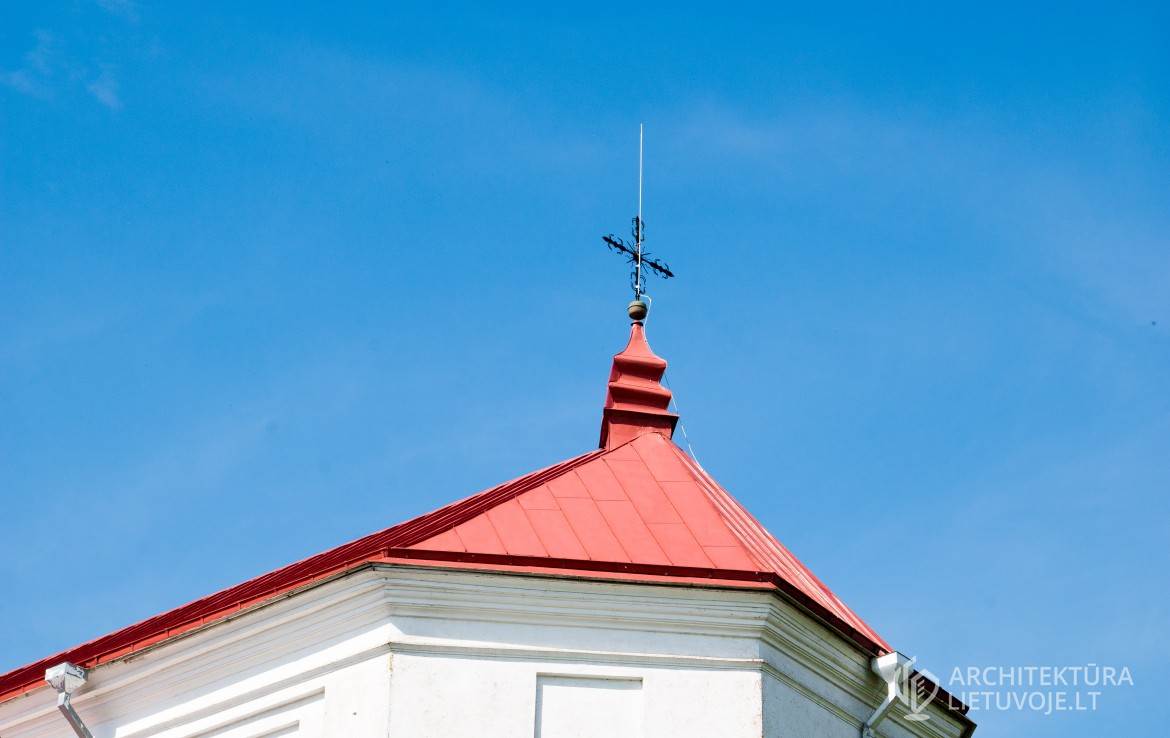