Parish Church of the Visitation of the Blessed Virgin Mary, Trakai

Though today we see the dominant Baroque forms in the Trakai Basilica, however, its appearance is a creation of the two eras. The sanctum mentioned in the written sources for the first time as early as 1409 was reconstructed at least several times – the greatest reconstruction took place after the roaring war with Sweden, which took place on the first half of the 18th century. Then the Gothic building obtained its dominant Baroque appearance with hints of Classicism. Actually, today it is thought that the conversion of the building to the Baroque sanctum commenced a bit earlier: the church lobby and the basilica area probably emerged in the 17th century.

The nuances of the Gothic period are hard to be noticed to a visitor, however, the church retained its plan typical of this style, a part of the volume and some of the solutions of the Gothic architecture, though unfortunately, hidden under the three layers of plaster. The three church apse walls and the adjacent sacristy corner are still supported by the structural elements of the medieval architecture from the outside – the stepped buttresses. In the corner connecting the sacristy and apse we can see an uncovered authentic masonry fragment with a Gothic pattern: just like many Gothic sanctums, this one was not plastered as well.

Inside, the earliest life of the church can be felt through the fragmented example of profiled brick structure or the exposed murals of the 15th century Byzantium style.  Though the latest towers are already influenced by Classicism, the embedded pediment in the axis contains the Baroque forms as well. Today it is deepened in the context of towers and church lobby, however, it rises above the main façade. The Baroque forms are dominant on the inside of the sanctum, where the ornate great altar, which has likely appeared at the same time as the great reconstruction of the exterior took place, especially stands out. 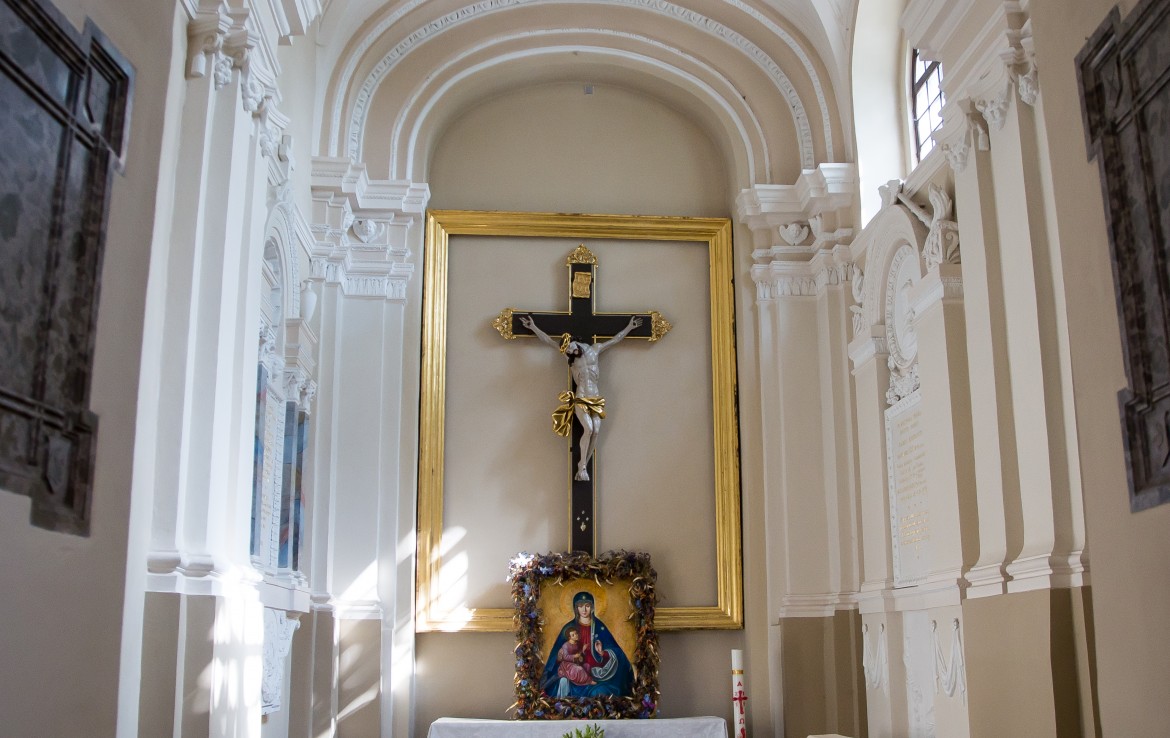 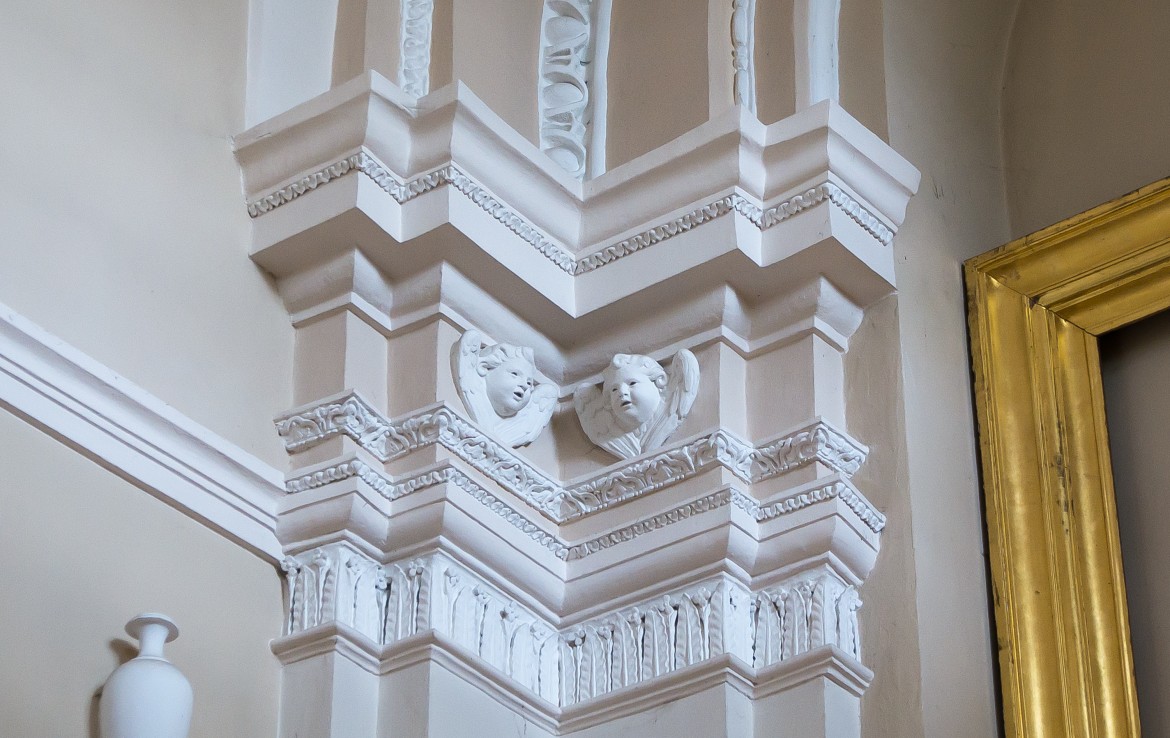 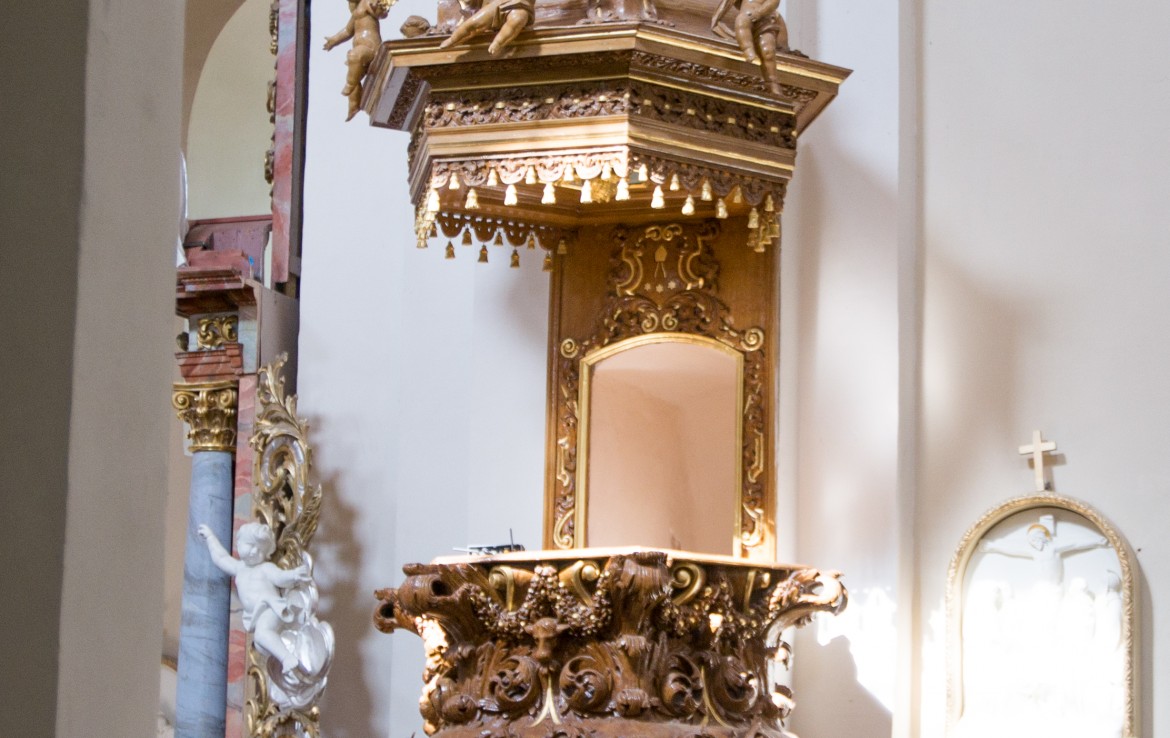 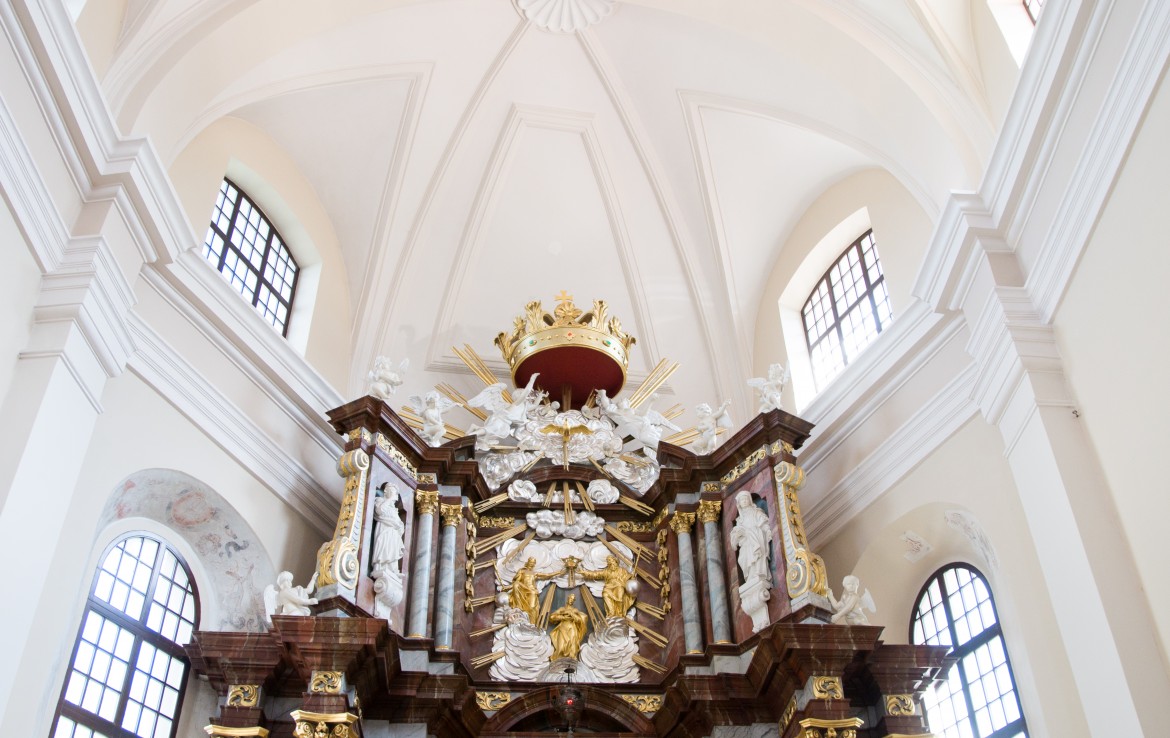 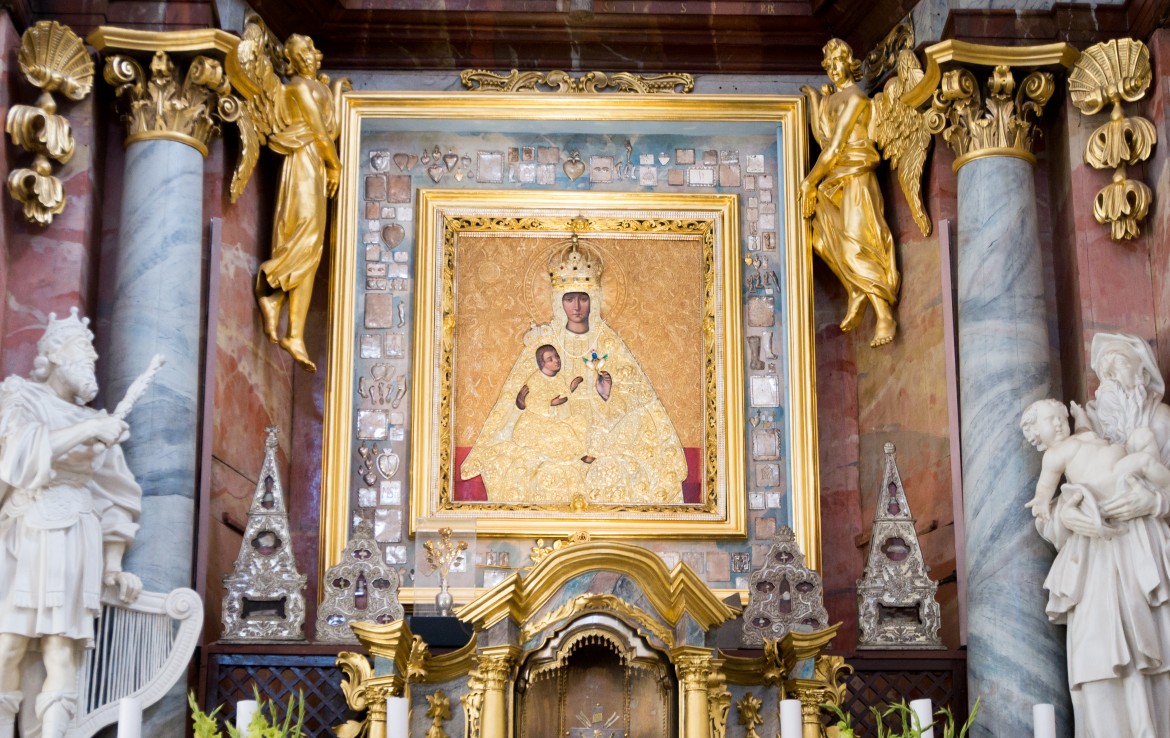 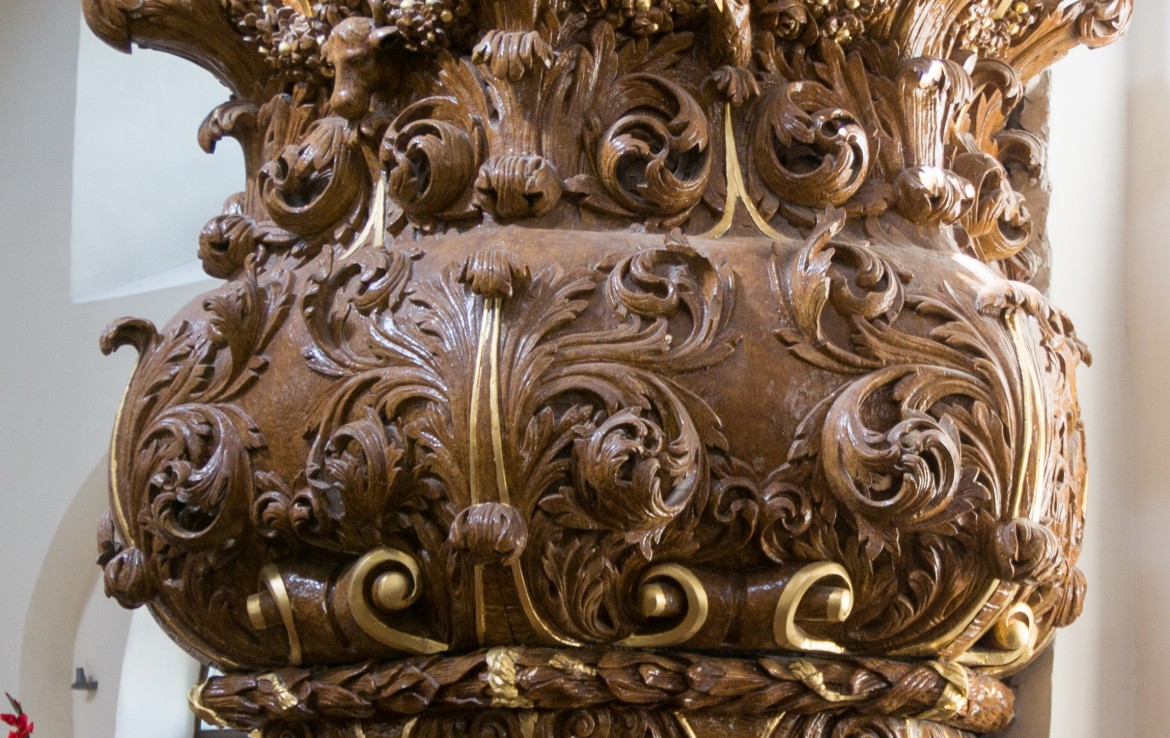 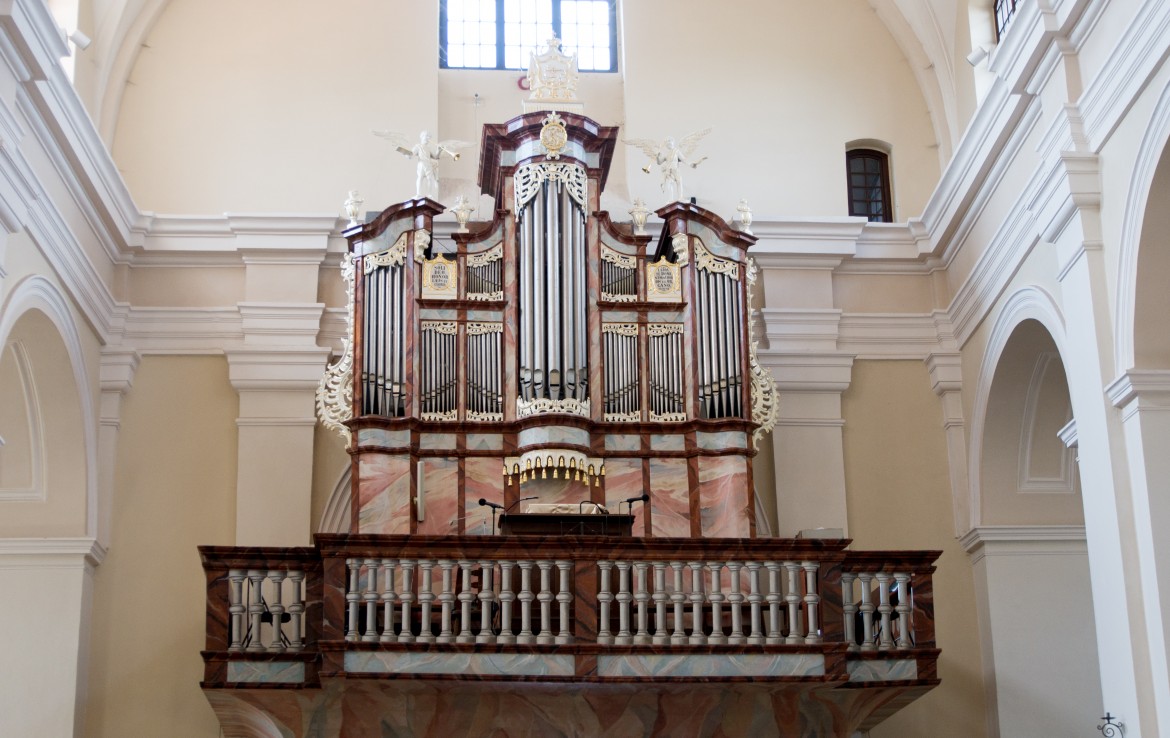 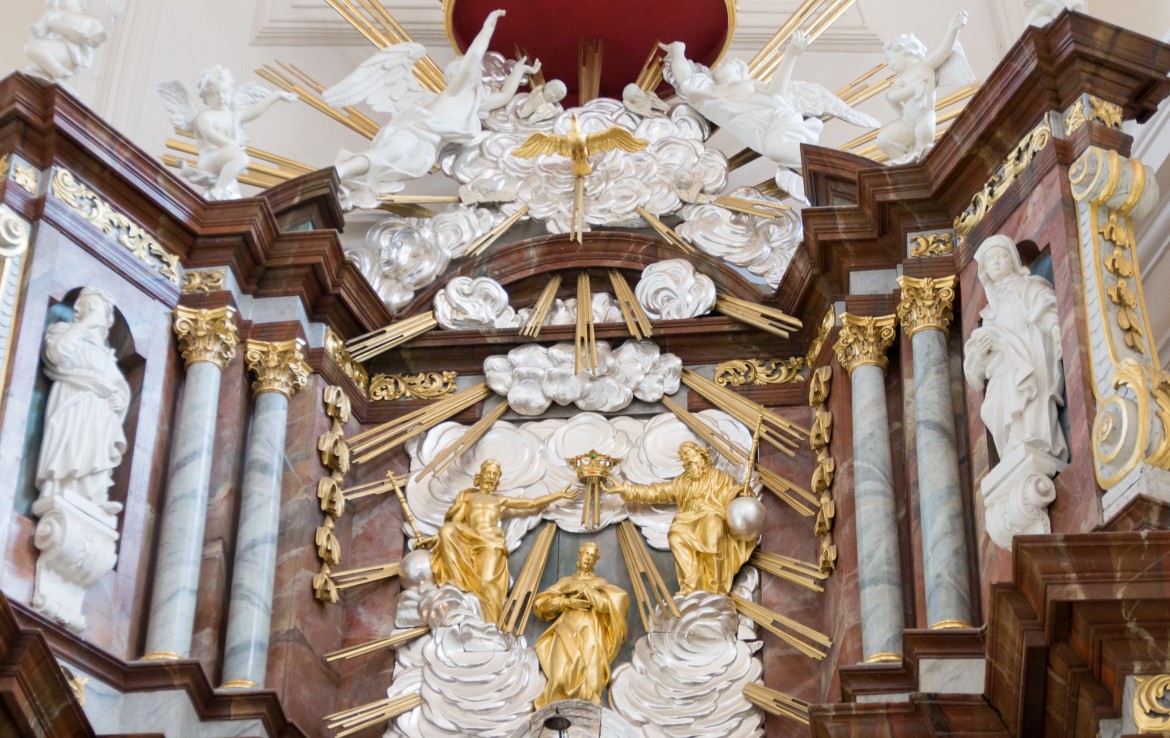 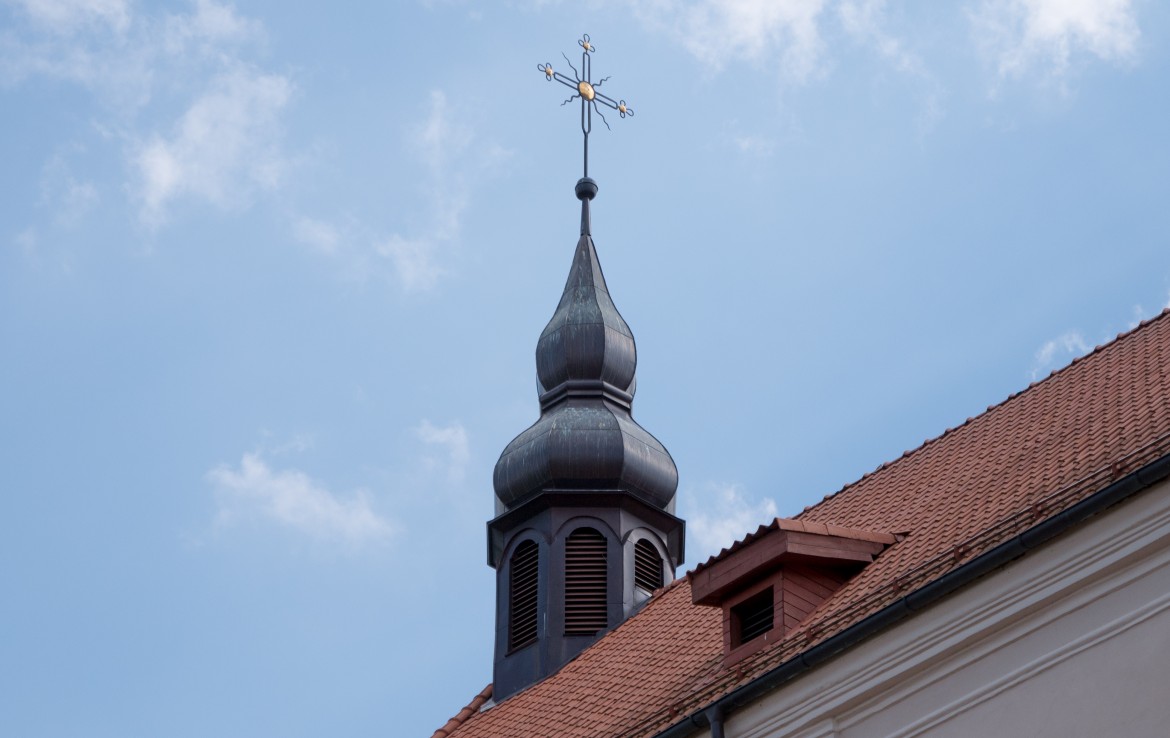 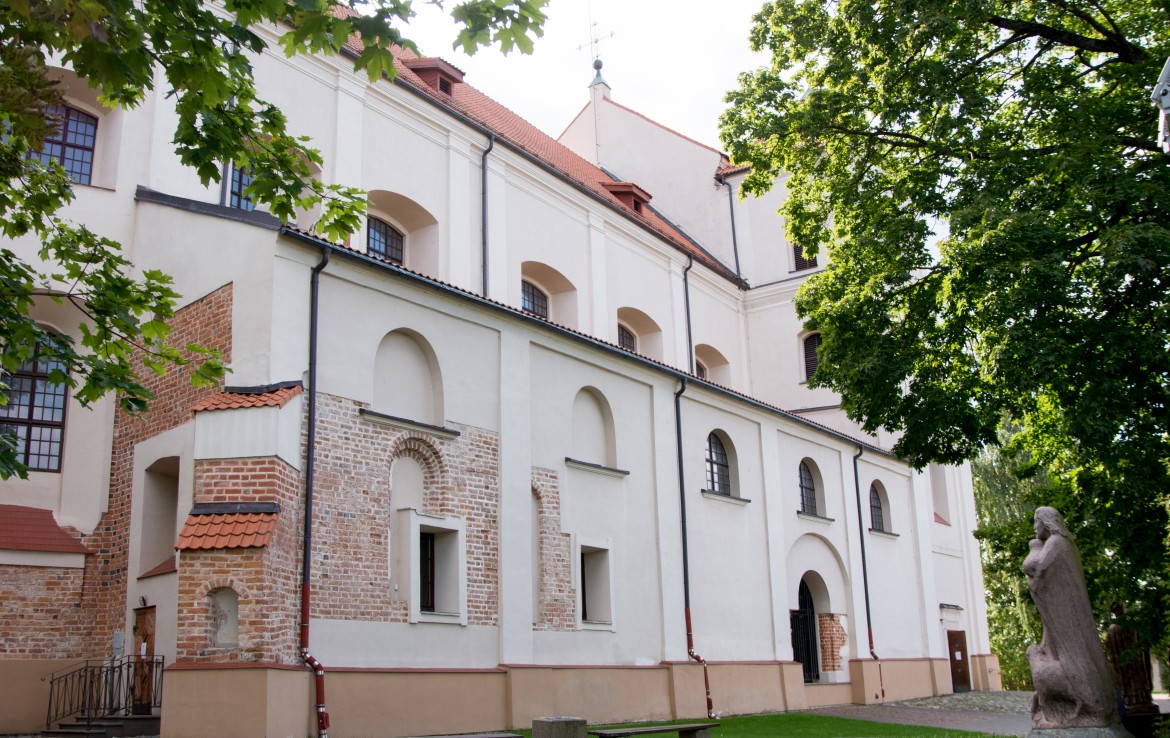 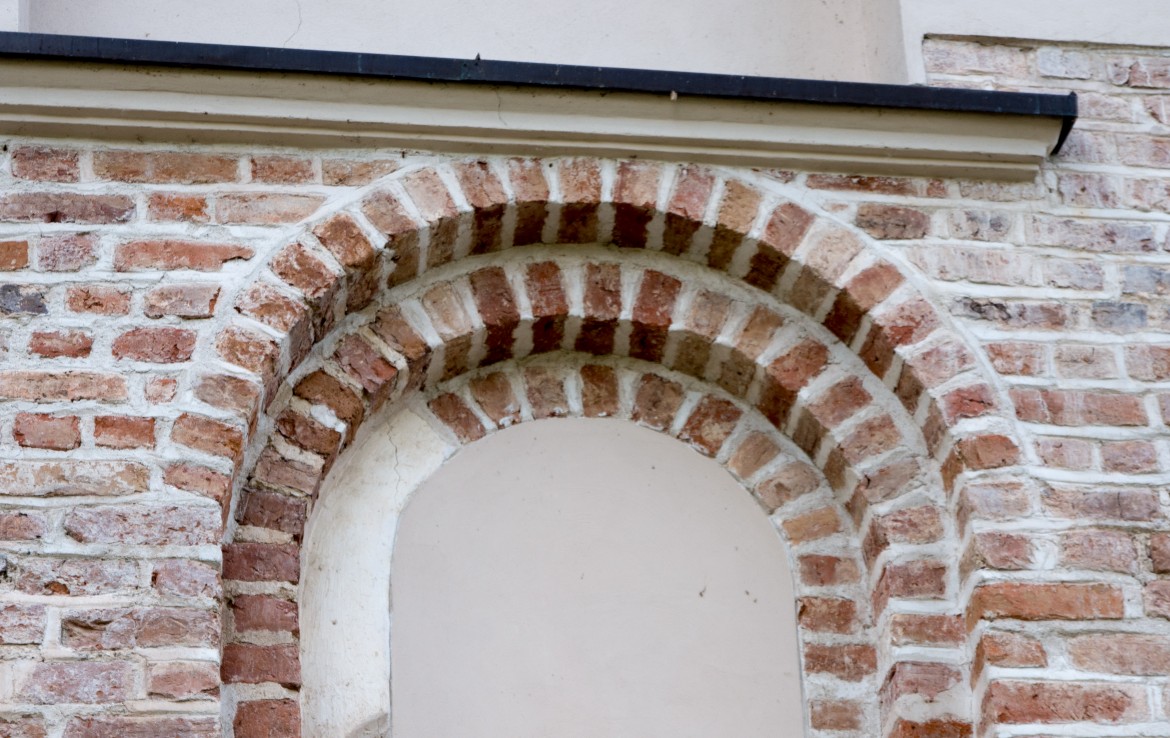 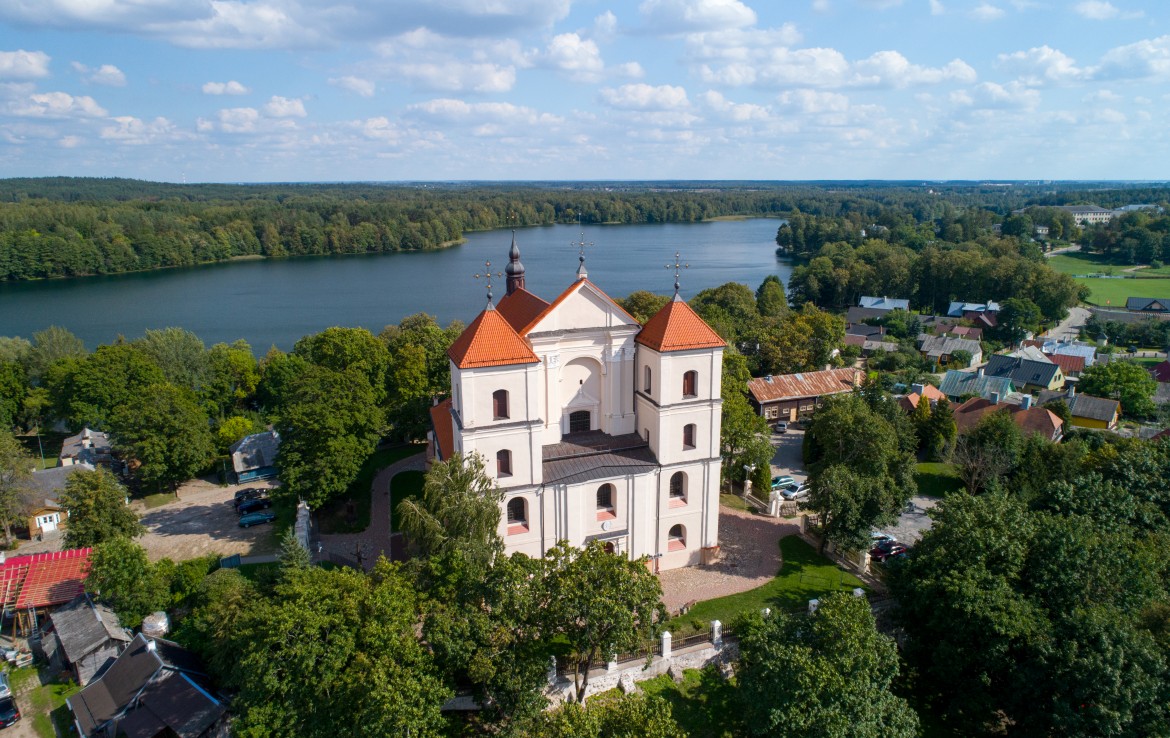 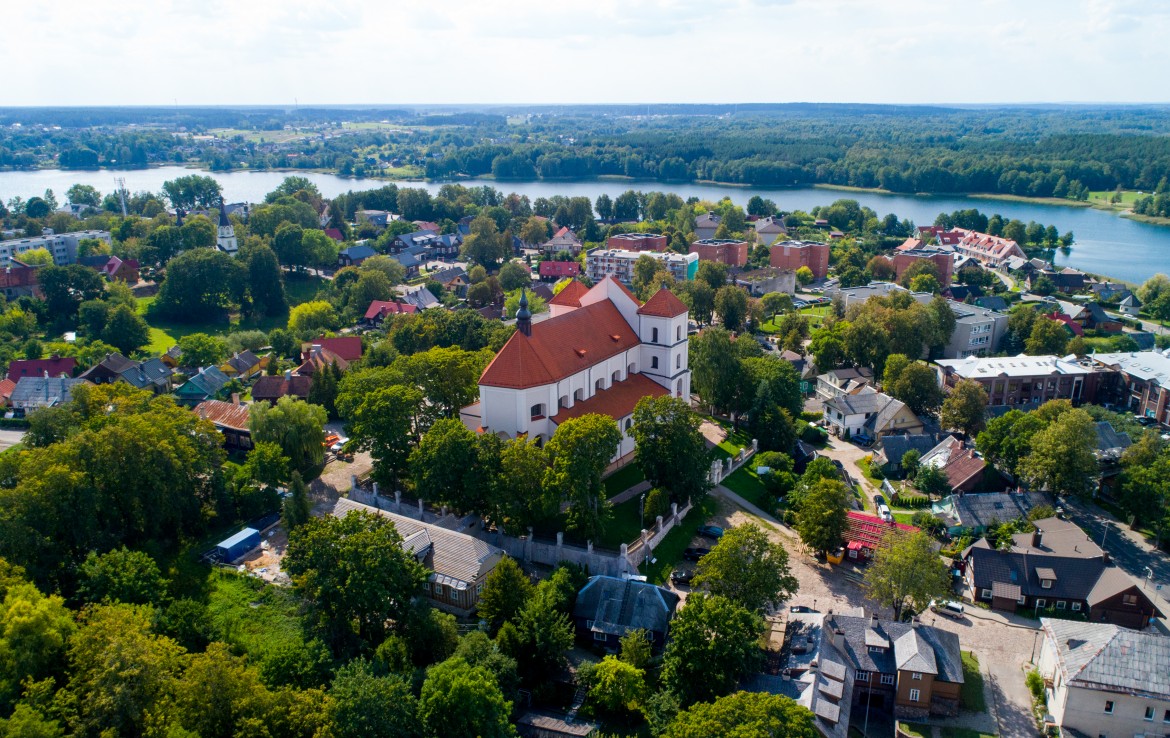 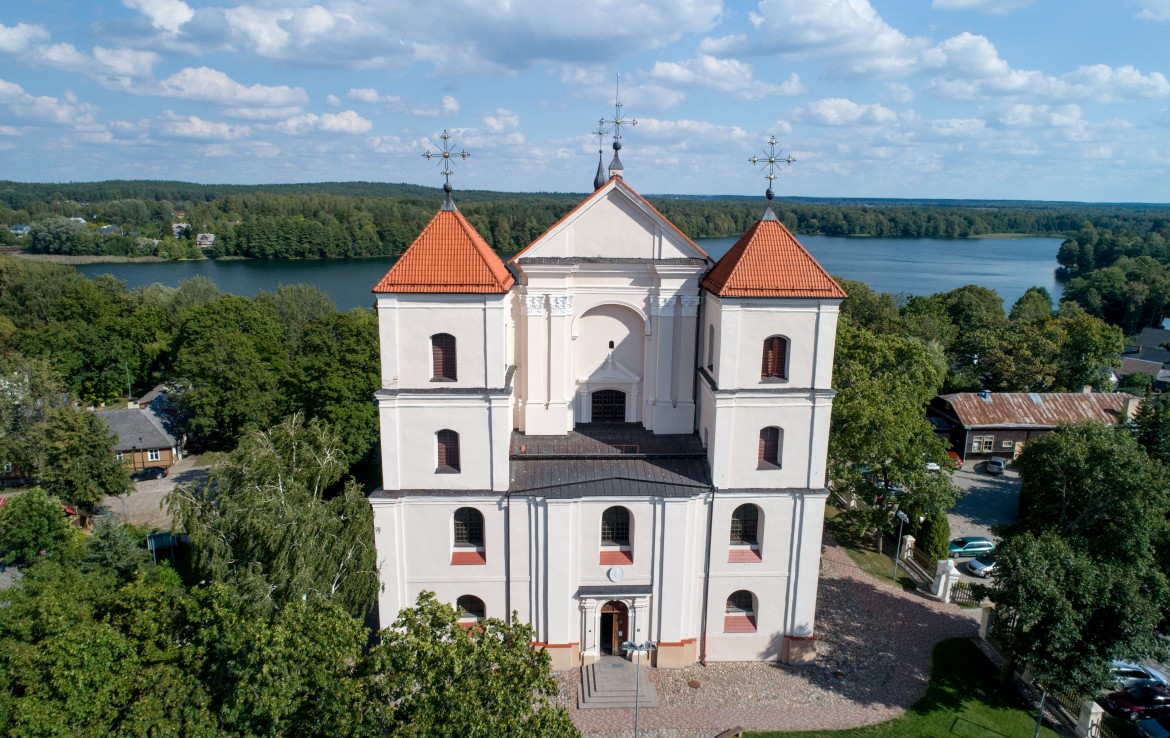 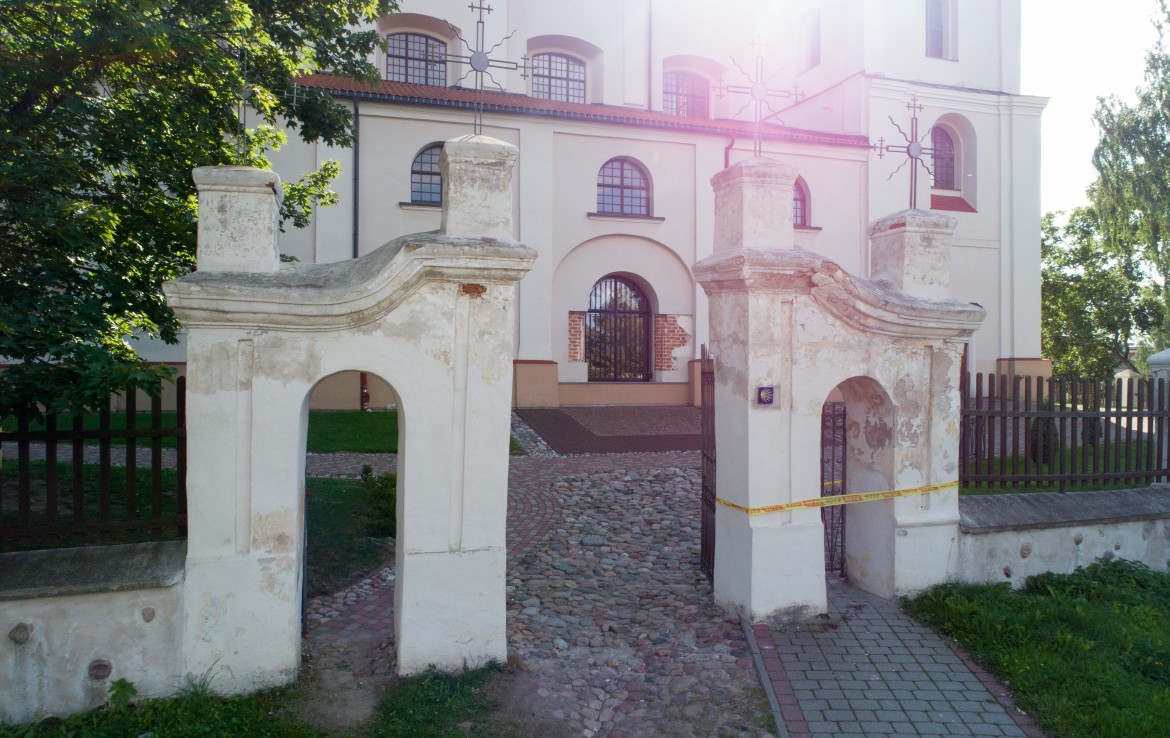 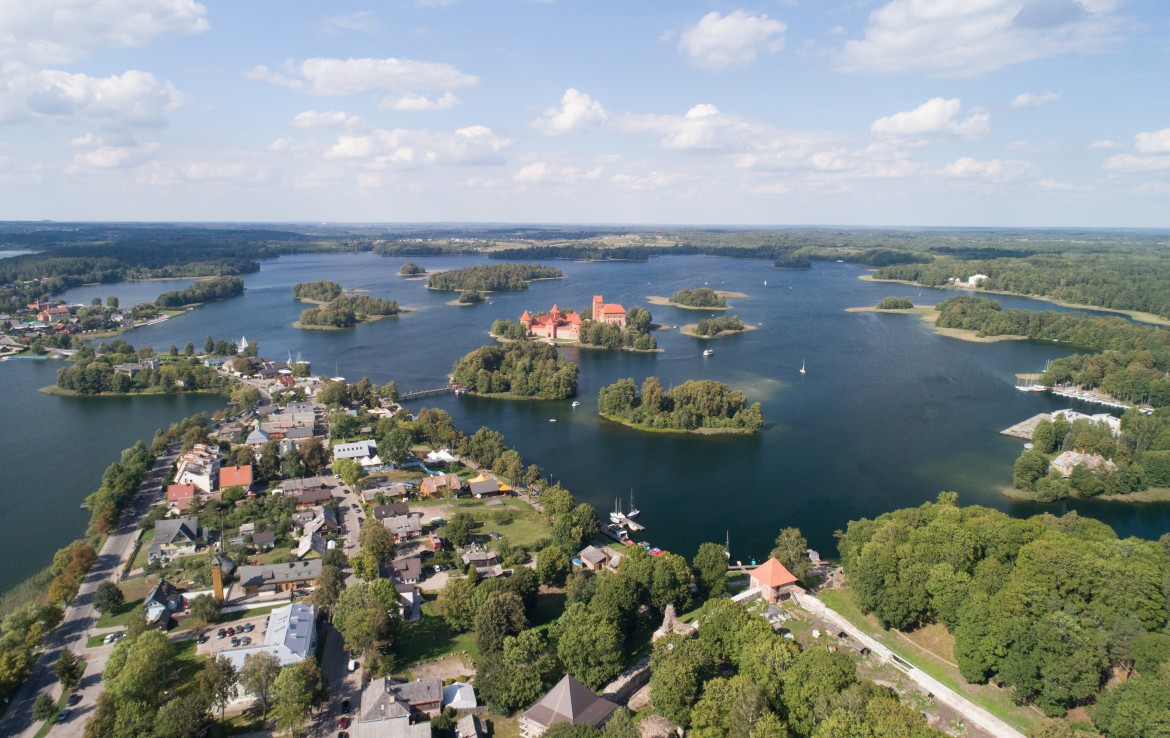