By the end of the 19th century, the so-called “brick” style started to spread in the Russian Empire, which was a variety of European style of materials. Although Historicist architectural principles used to be adhered to, still in the typical non-plastered brick buildings, a decor, based on brick patterns and distribution principles dominated. New technological tendencies of construction were reflected in these buildings as well, while in their functions – the winds of industrialization: it was not surprising that the largest complexes built in brick style were state-owned and intended not for residential purposes. If the military towns that were appearing at that time reflected the need for more prompt modernization of the military sector of the country, Telšiai Distillery was the consequence of industrial development of the country. In 1898-1905, the largest factory of the town emerged here: state bottling enterprise for vodka and strong drinks. Like in Kaunas, the enterprise retained the function of production of spirits during the interwar period – the building was taken over by the so-called state monopoly. During the early years of Soviet times, the factory was converted into a cannery.

Administration building – an example, especially characteristic of the official brick style. Austerity dominates in the architecture: decorative parts are limited to most frequently met elements: modest fasciae and cornices supported by dentil part. Above the slightly protruded part of the main entrance – a small stepped pediment with the cornice solutions reiterated at a smaller scale. Inside – many elements characteristic of construction of the period, for example, decorative cast iron stairs factory made and flooring with different pattern ceramic tiling. Next to it – a building of almost entirely utilitarian architecture: the building of sauna, where the most exceptional element – profiled rafters, and the outbuilding, the architectural forms of which little stand out from many brick style tendencies characteristic of this land.

The major part of the complex – on the other side of the street. The most impressive structure of the complex – the main building of production. In the building, consisting of different volumes, the street facade stands out by an exceptional architectural expression, and especially – the corner three-storeyed part. As characteristic of the style, the whole decorativeness is expressed here through a construction material – the bricks. Decoration is rich: the front and side pediments, cornices, capitals of corner pilasters and juts running throughout the entire facade, make the building one of the most interesting examples of industrial architecture of that time in this country. Similar to those on the sides, the pediments of the highest part reiterate in other parts of the building as well; slightly smaller pediments are present in the building of the guard-room, where one sees a massive  cornice with dentils and modest corner pilasters. The house and the garage buildings are interconnected with each other: in the first, one can consider the decorated pilasters, arising over the roof, an interesting element.

In the second decade of the 21st century, a rare in this country by its scope conversion and restoration of part of buildings took place: the east part of the complex, which is set up east of the present Gediminas Street, was renovated. A shopping centre was integrated into the land plot, while the old premises were intended to use for other functions. Not only exteriors were restored, but many authentic elements preserved as well: part of original tiling, door trimmings, metal columns and other structural elements. Telšiai became one of the first in this country to have implemented the example of the extremely spread tendency over the last two decades of converting the former industrial territories into new public spaces. 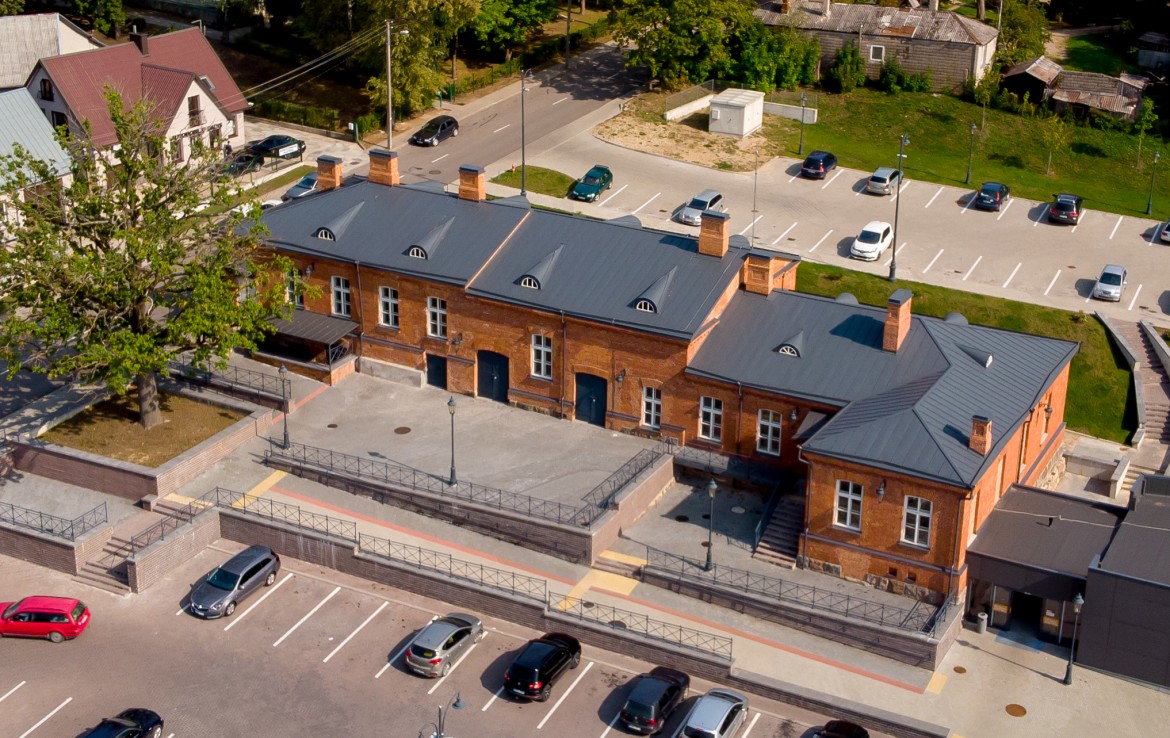 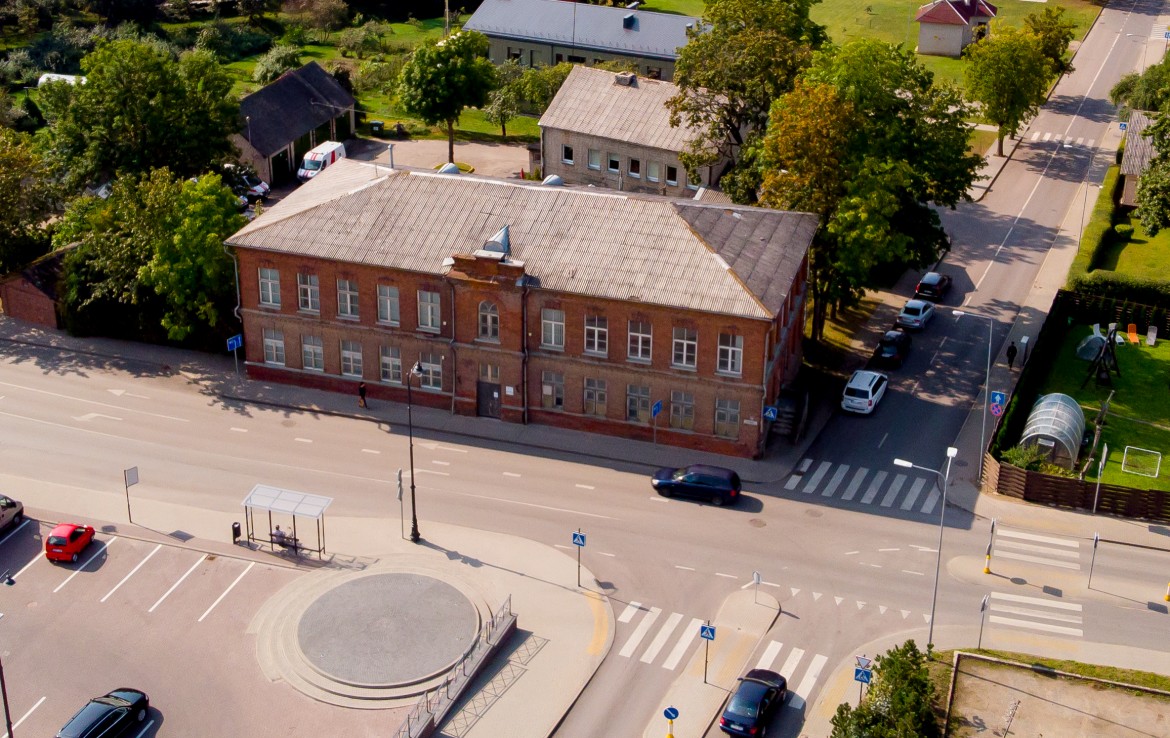 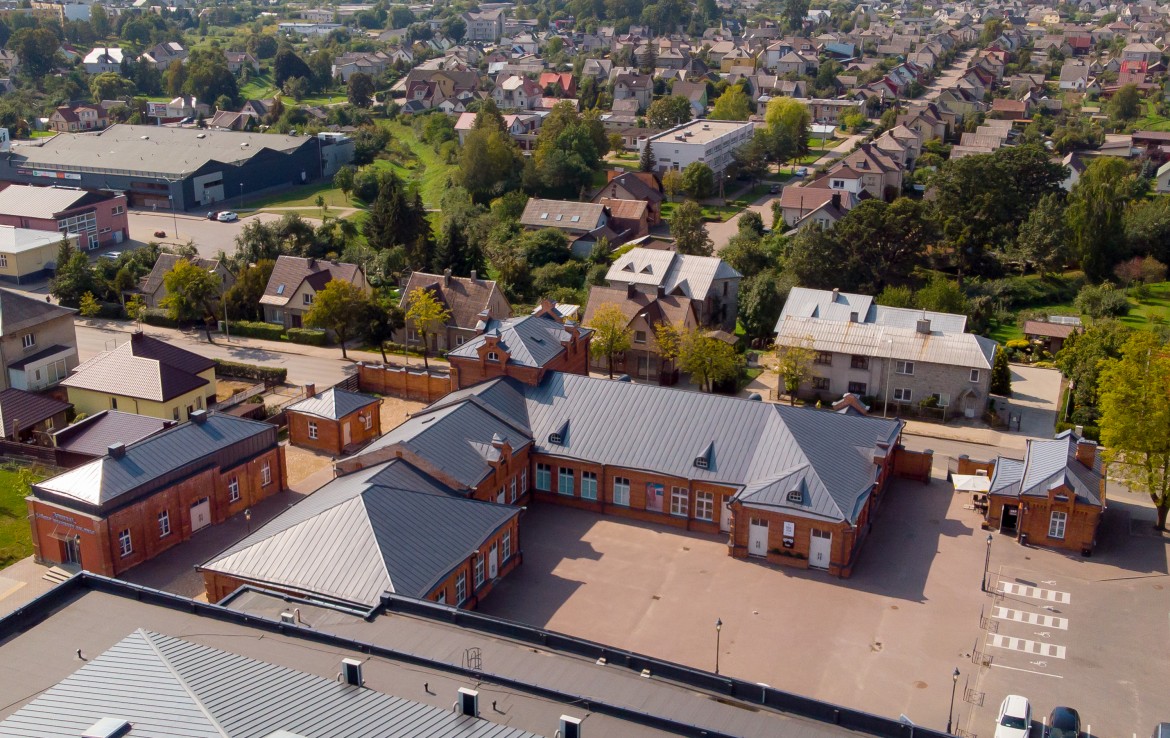 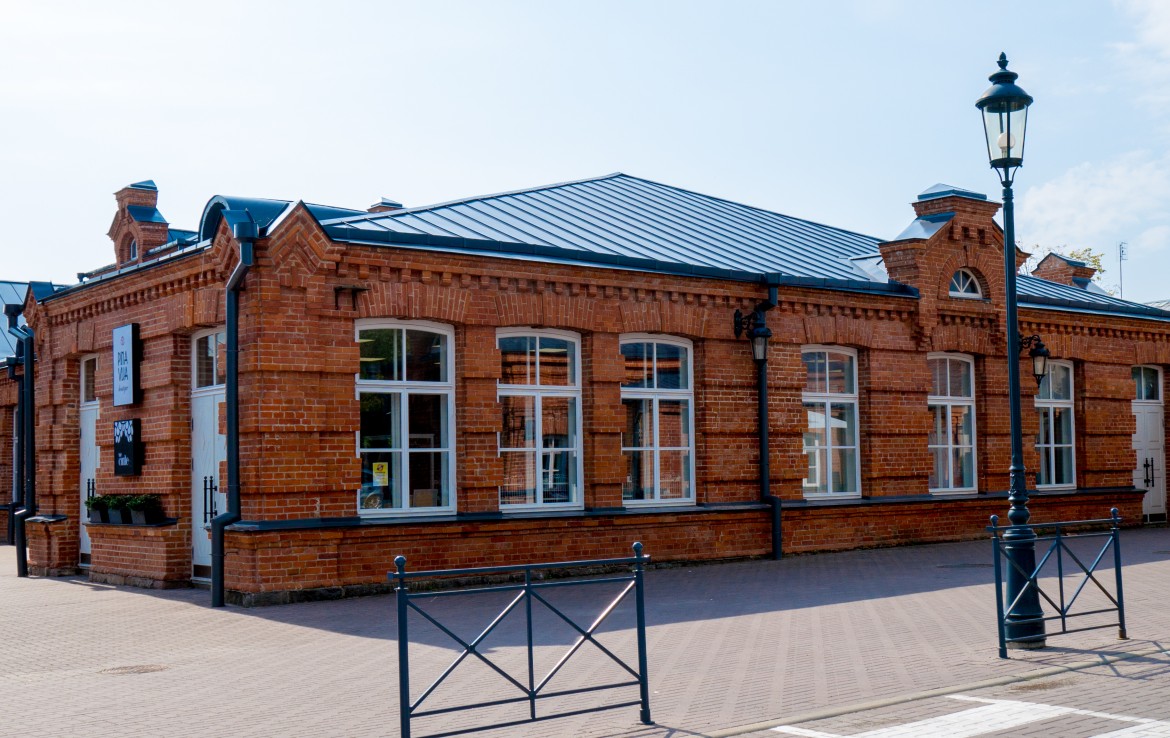 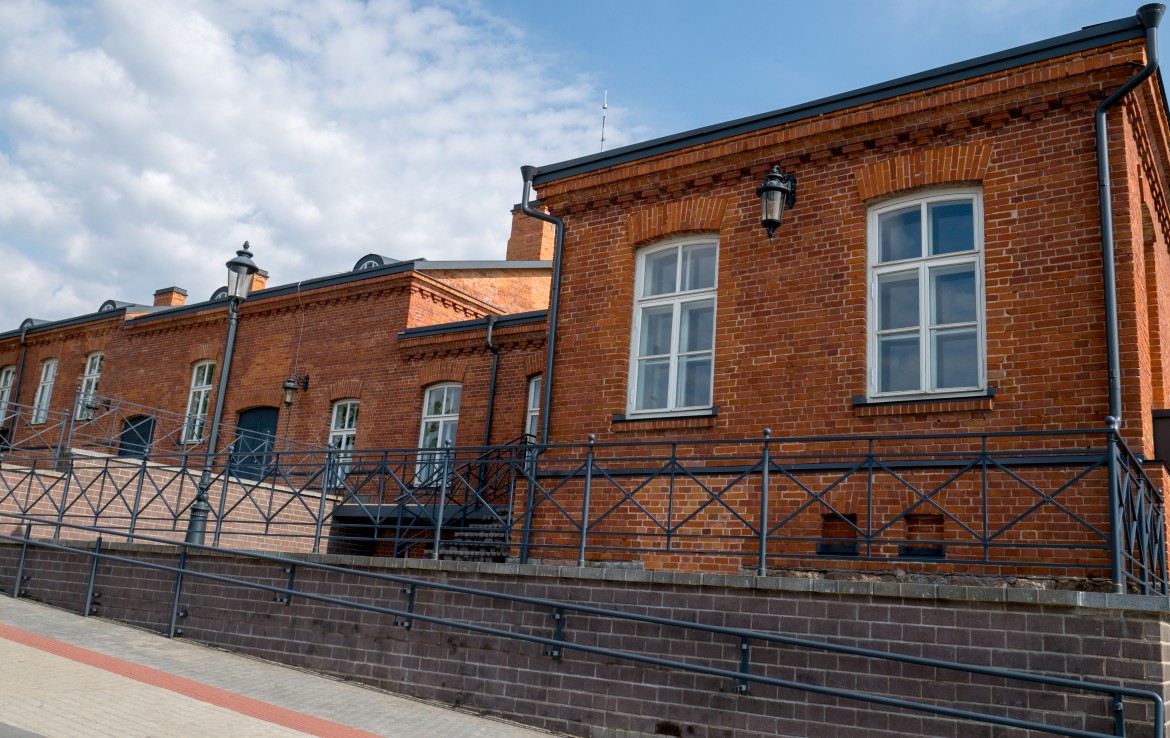 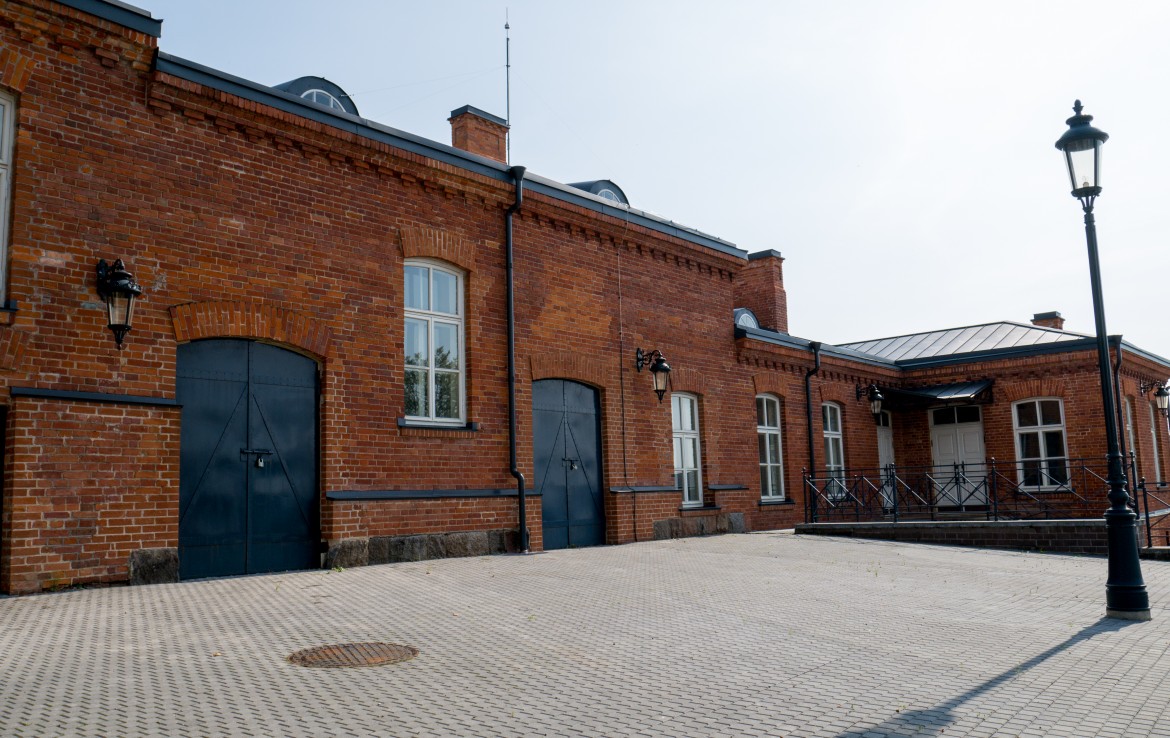 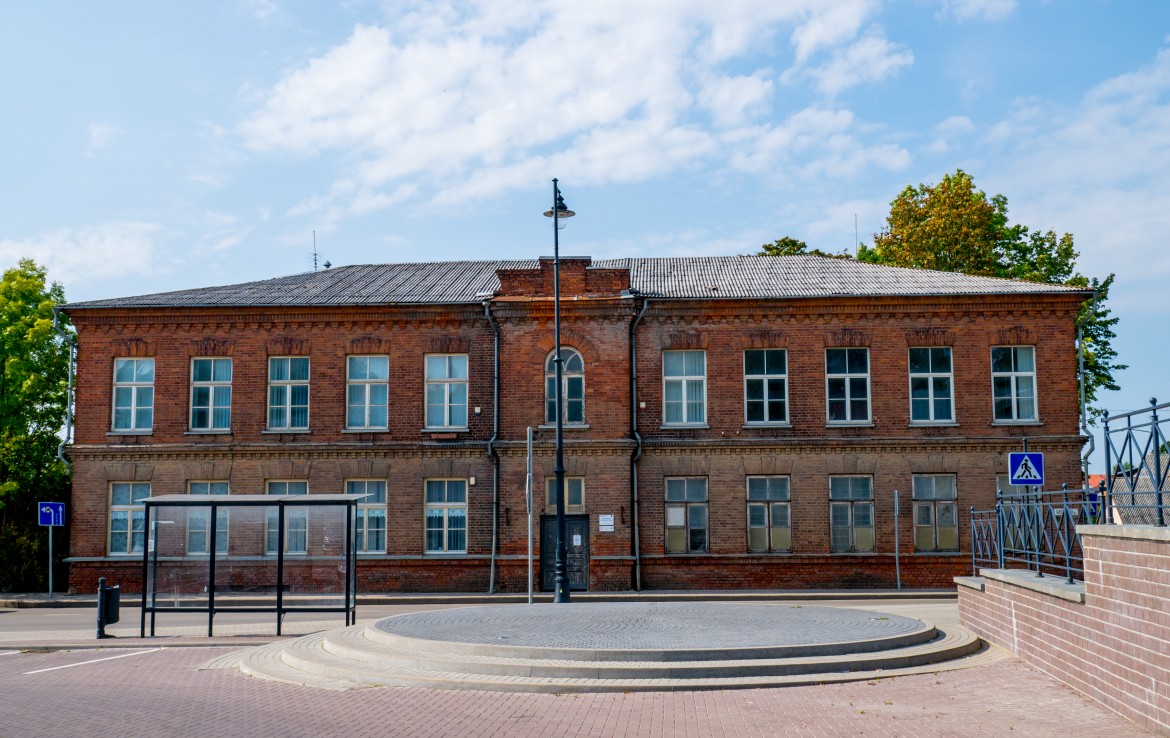 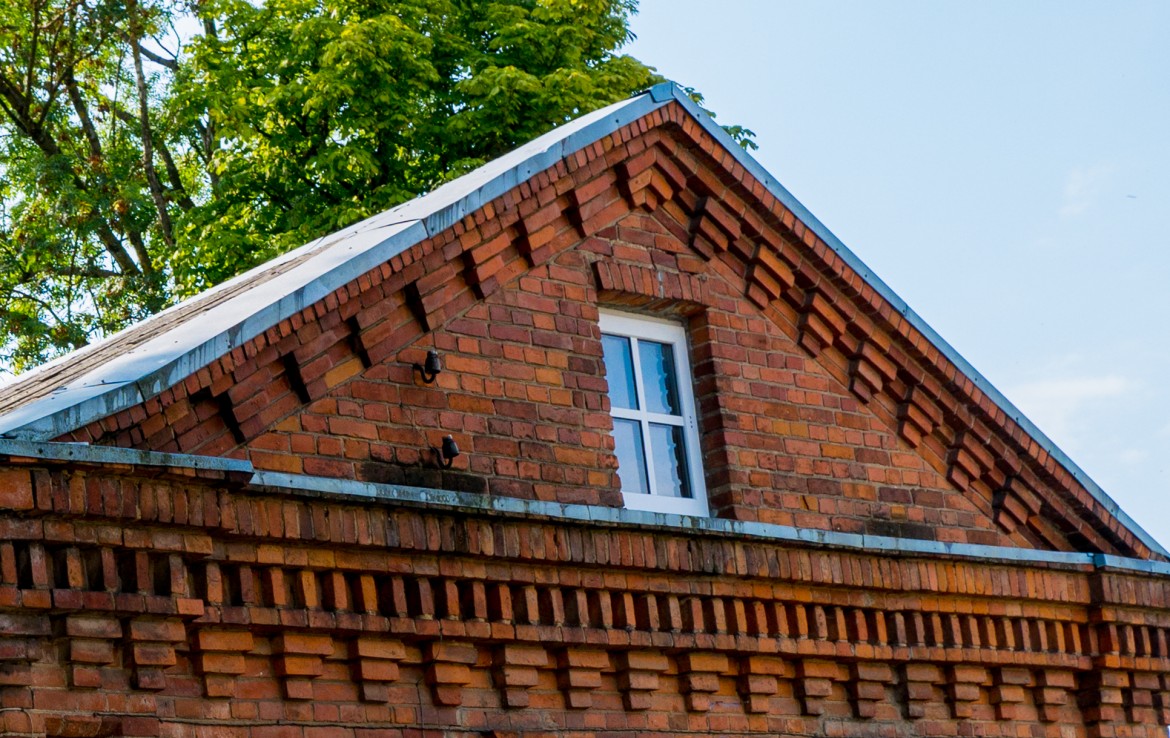 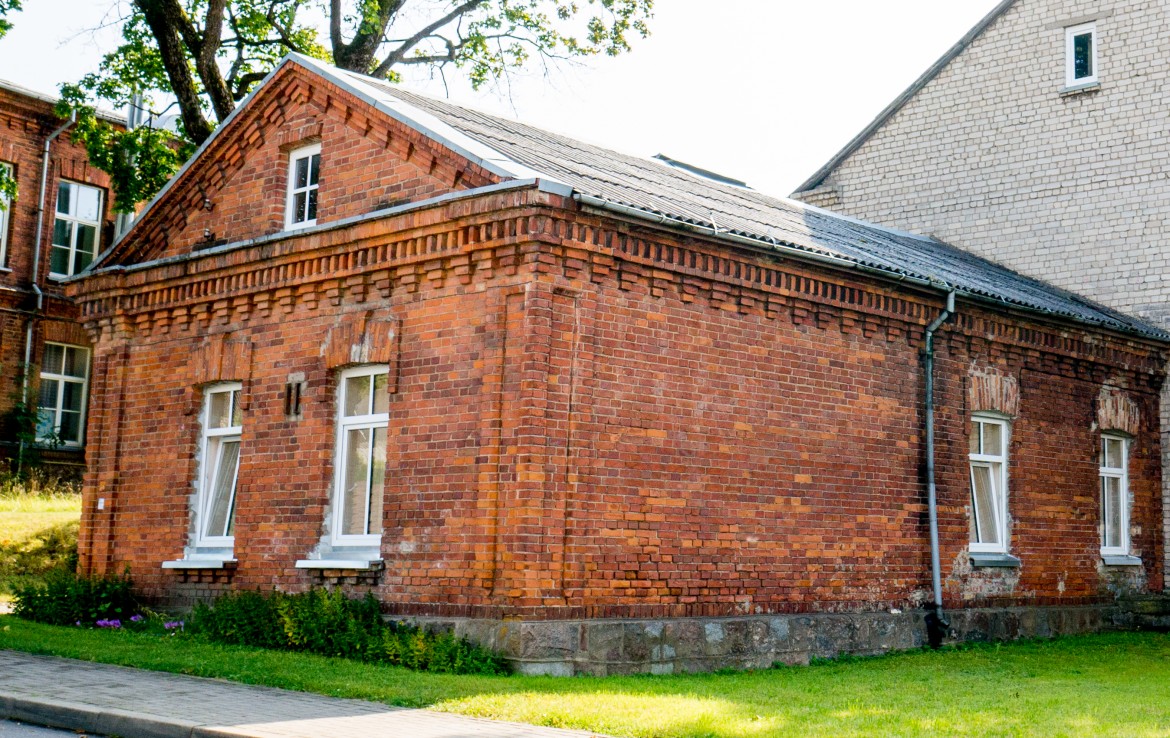 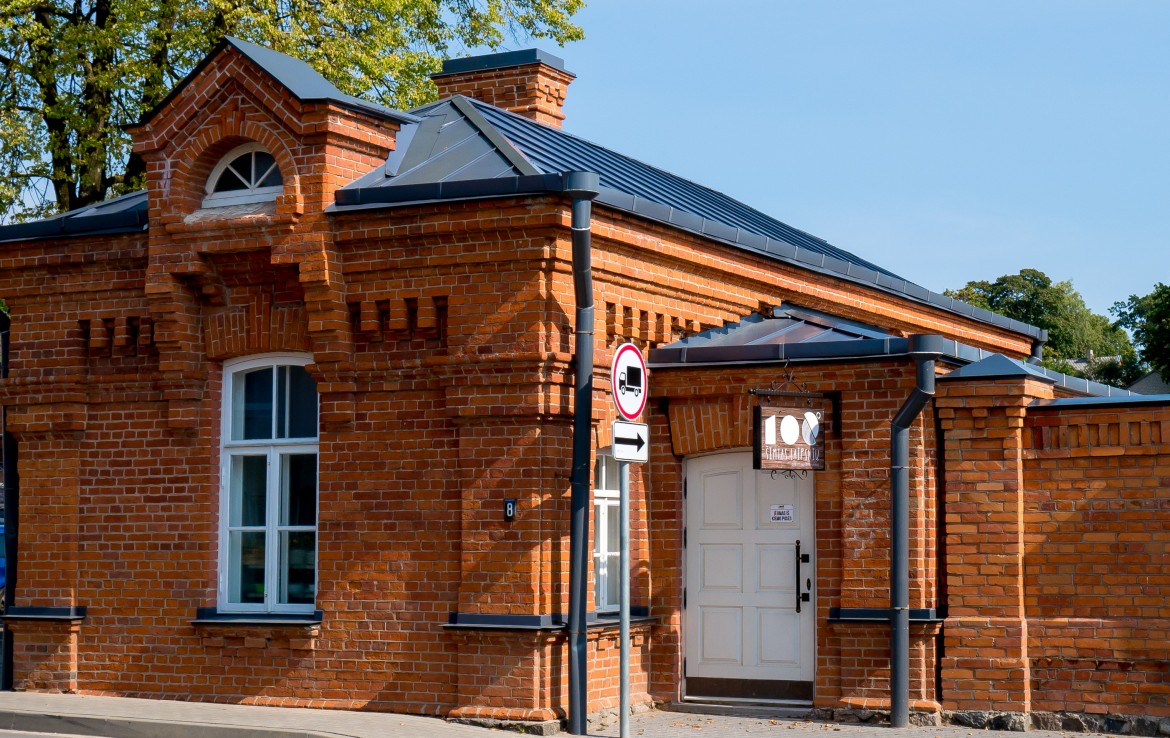 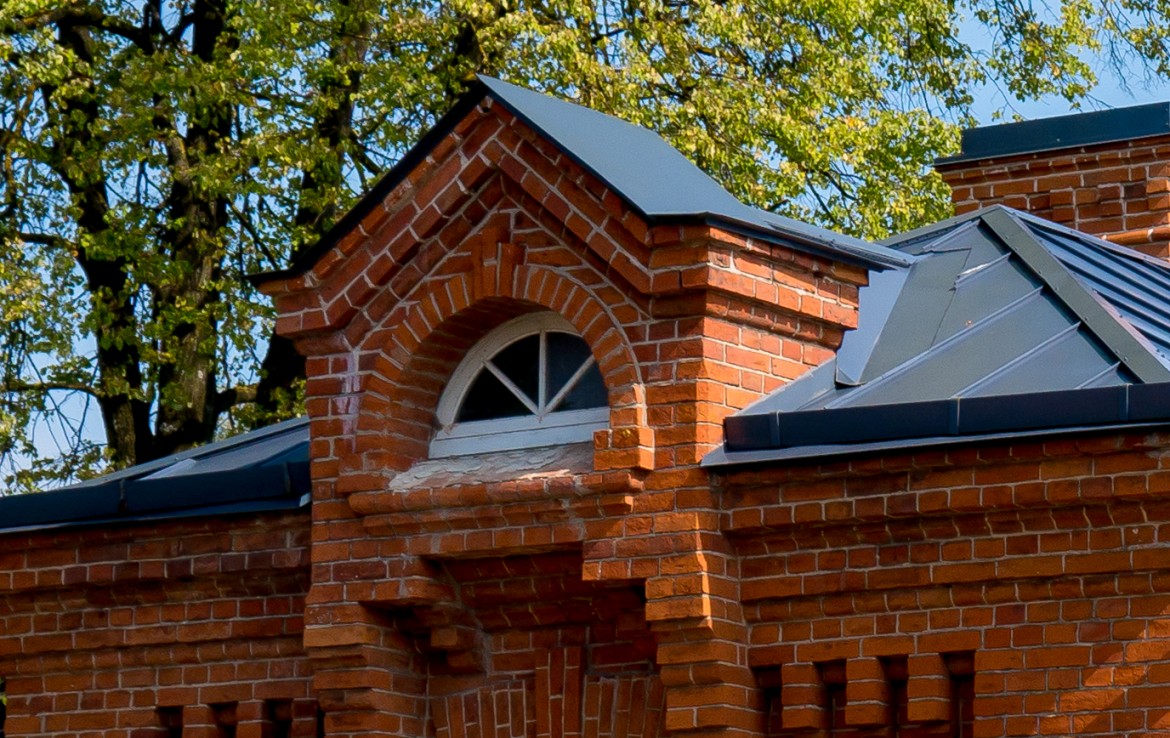 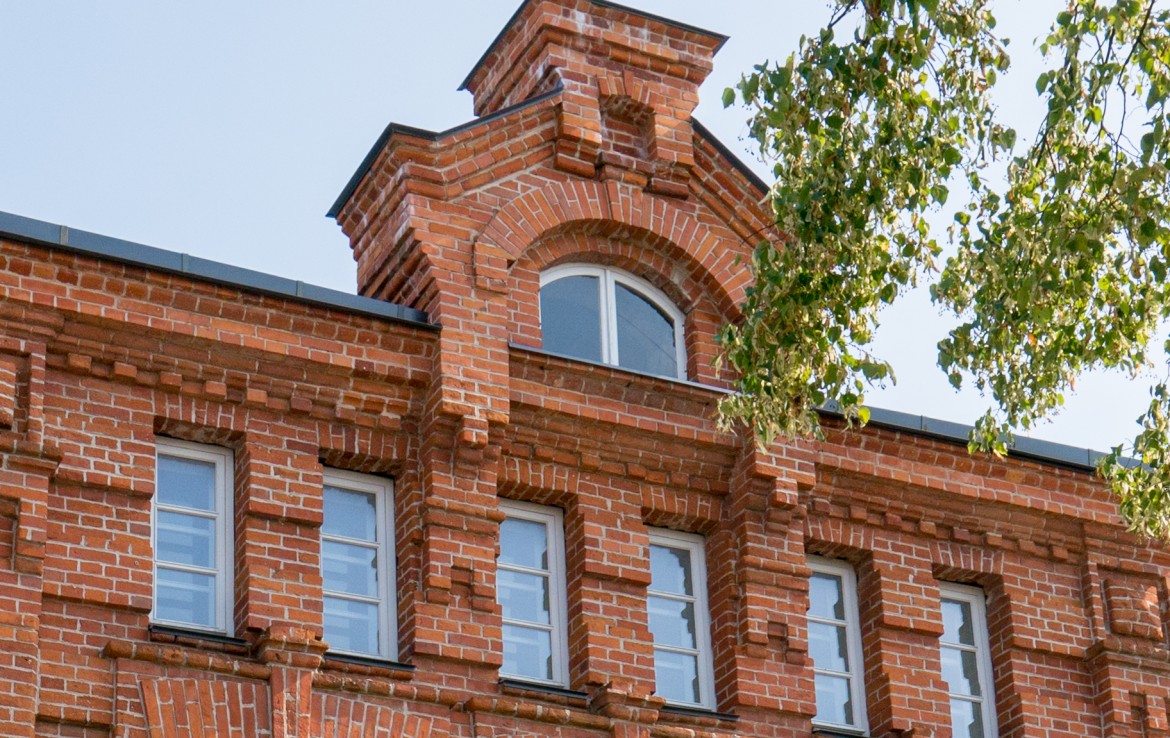 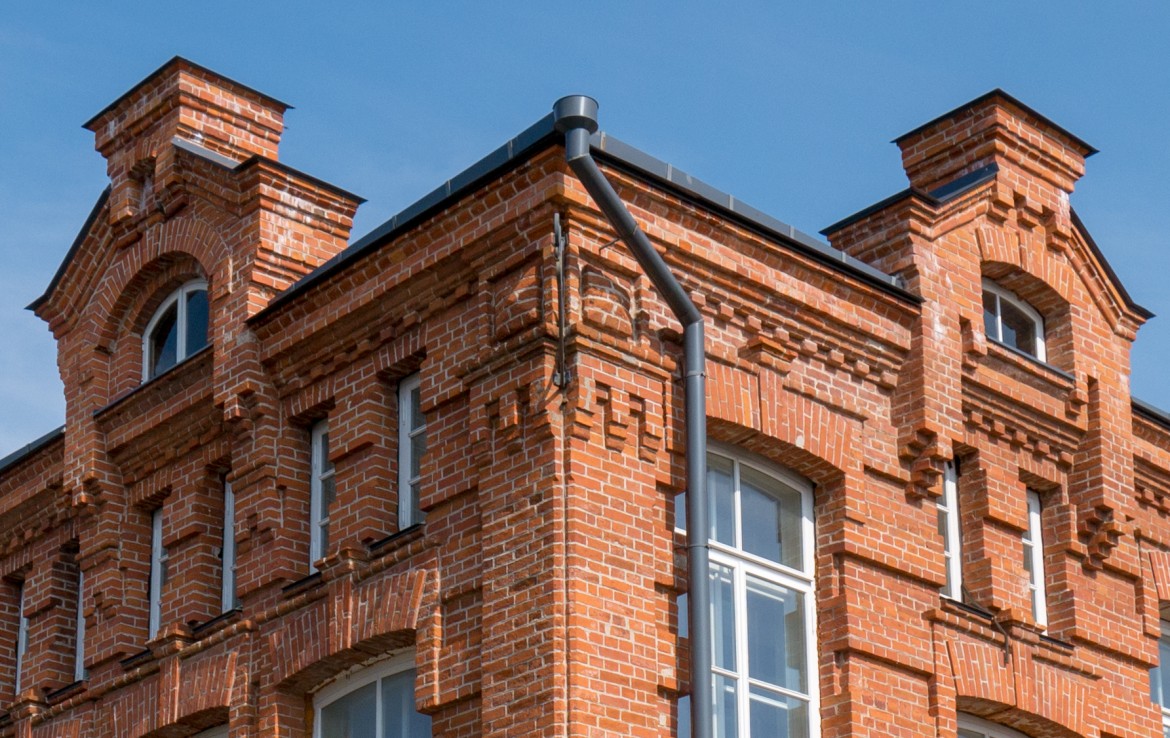 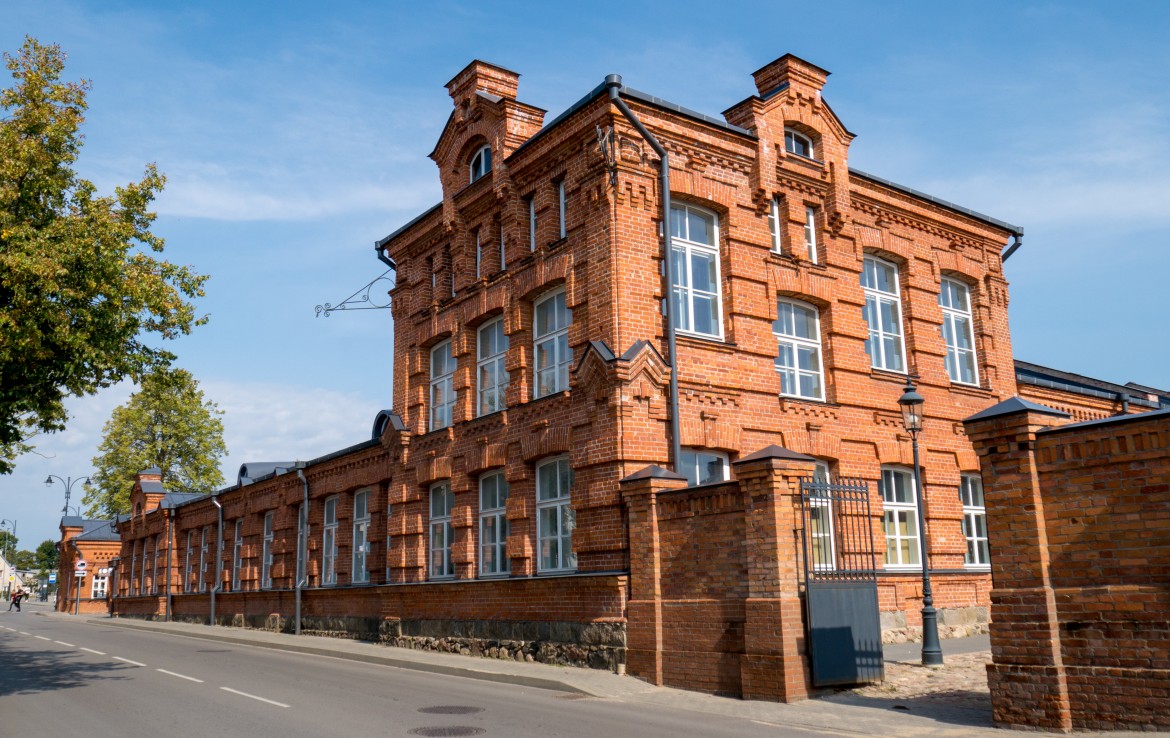 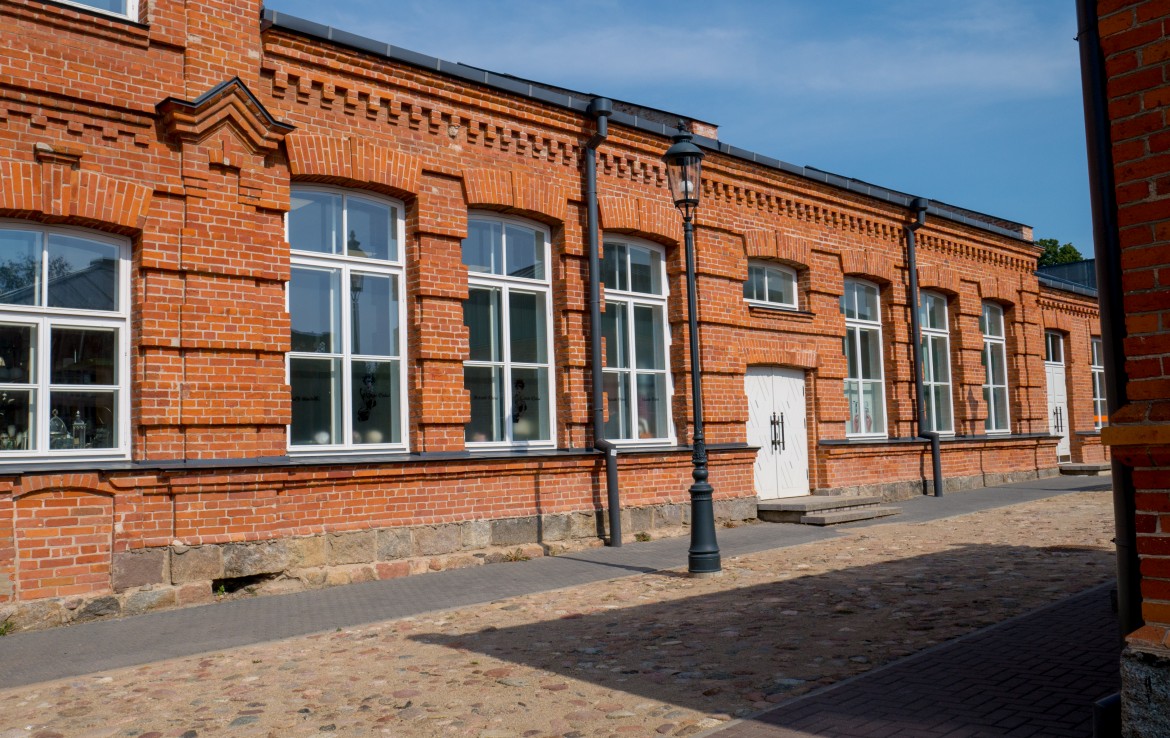 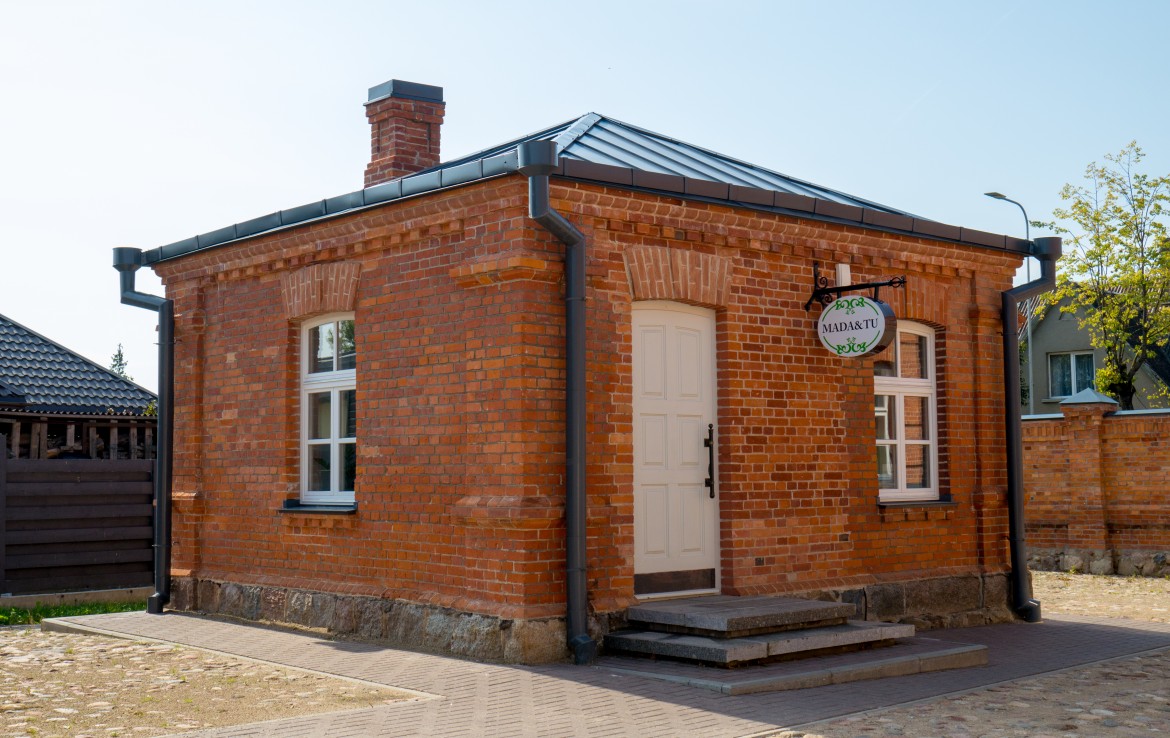 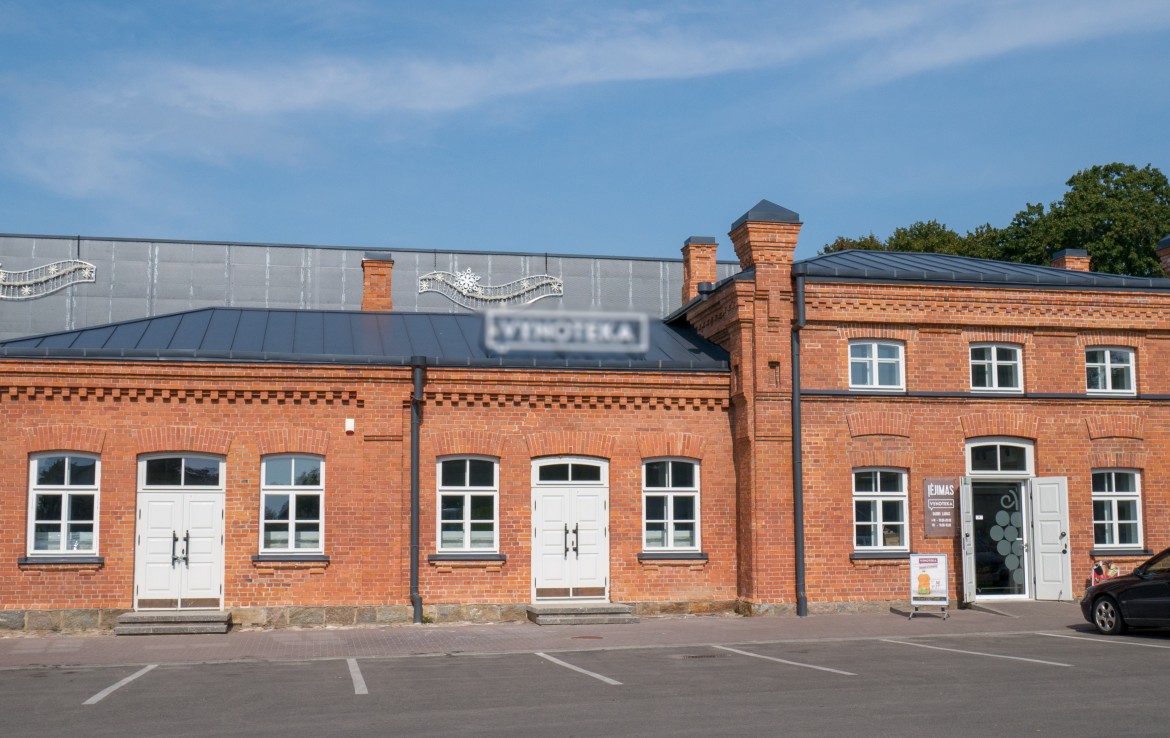 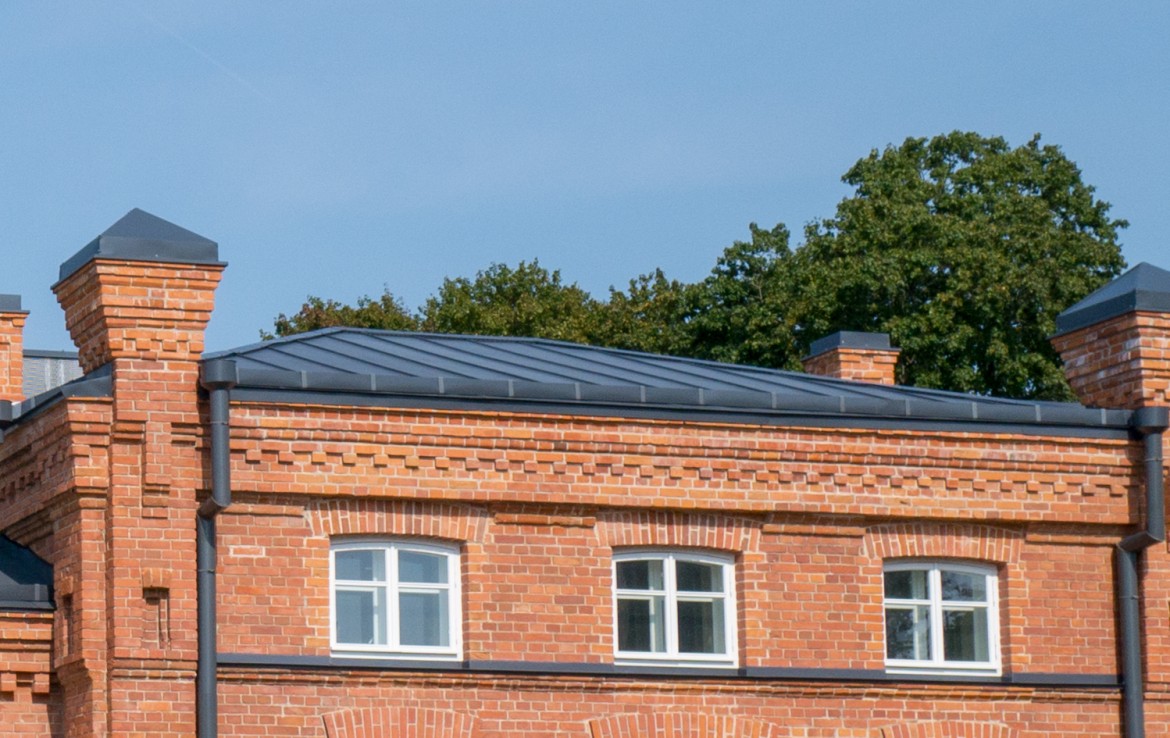