Those travelling to Švėkšna are greeted by two reddish verticals for over a hundred years – these are the towers of the fourth highest church in the country. As with many of the attributes that symbolise the development of the town, the residents of Švėkšna are greatly thankful for the St. James the Apostle Church to the family of landowners Pliateriai: it was they who contributed the greatest sum and the materials necessary for the construction of the new sanctum. The project was prepared in 1900 by one of the main authors of the sanctums of the Historicism period – K. E. Strandmann. Five years later the grand sanctification took place.

The historians having analysed the creative work of the architect see the Marburg Church as a prototype of the two-tower sanctums he designed. Many of the churches he designed are quite similar. The pointed arched niche with the rosette window above the entrance, considered a signature symbol of the architect, can be seen. Here it seems to “rise” from behind the main portal, which is completed with a small turret. The latter is surrounded by similar, but smaller lateral portals on the lower sections of the towers. The five-section towers, surrounded by the multilevel buttresses, are completed with typical triangular pediments with places for the clock and the small pointed arch niches. The tower “crowns” are exceptional – the main spires are complemented with the adjacent smaller ones from the four sides.

The basilica church of the Latin cross is completed with an octagonal apse. Just like at the Palanga church, the buttresses reinforcing the lateral façades are complemented with flying buttresses supporting the volume of the main nave. The connections of the flying buttresses and the buttresses are completed with small pinnacle spires. Profiled non-plastered pillars and the vault ribs and the white plastered panes and vaults dominate the interior of the church. Interior equipment is adapted to the architecture of the church: the grand altar, manufactured by the Tyrolian masters, the confessional and the organs manufactured in 1907, are the most impressive here.

Interestingly, the four neo-Gothic gates and a fence appeared before the project of the new church. It is believed, that they were built around 1885. The especially prominent element of the complex is the viaduct built over the street having connected the churchyard and the Pliatriai park. 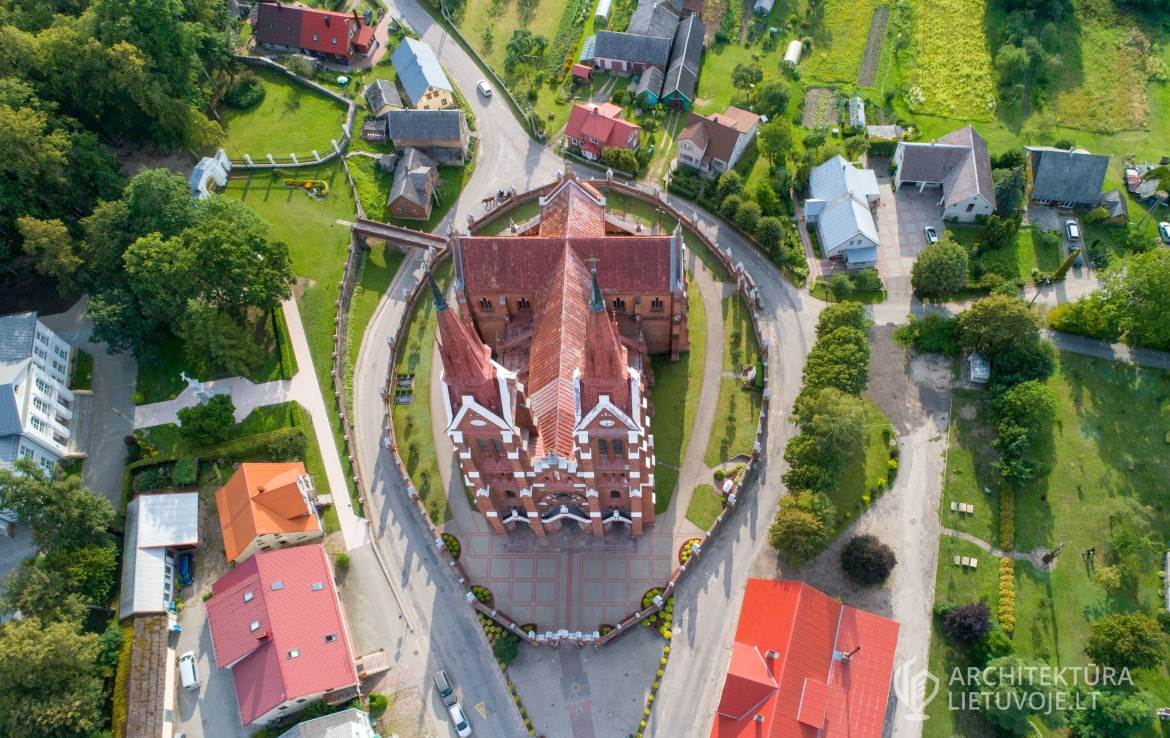 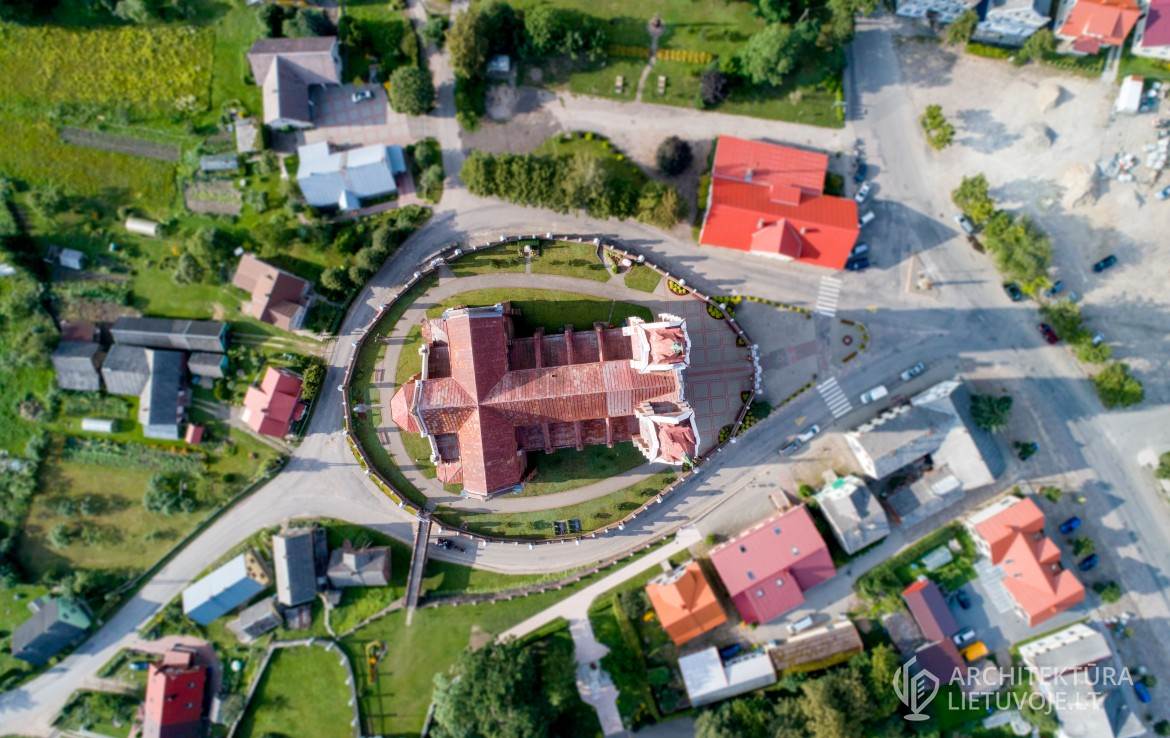 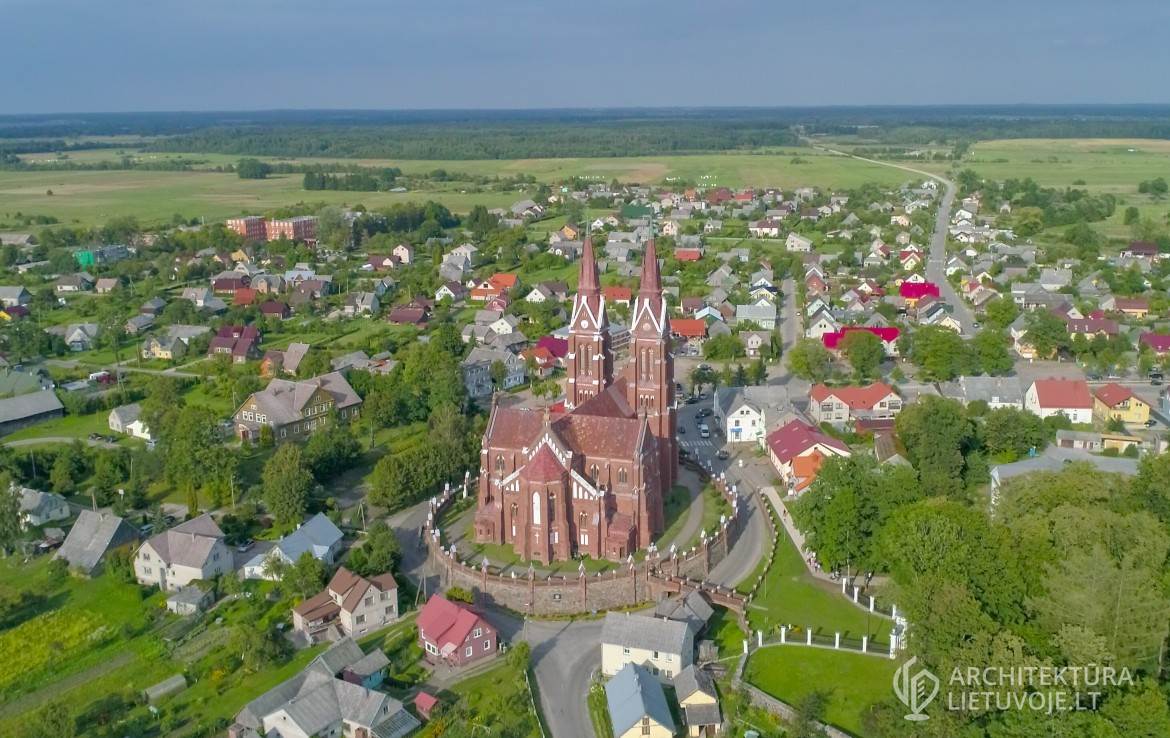 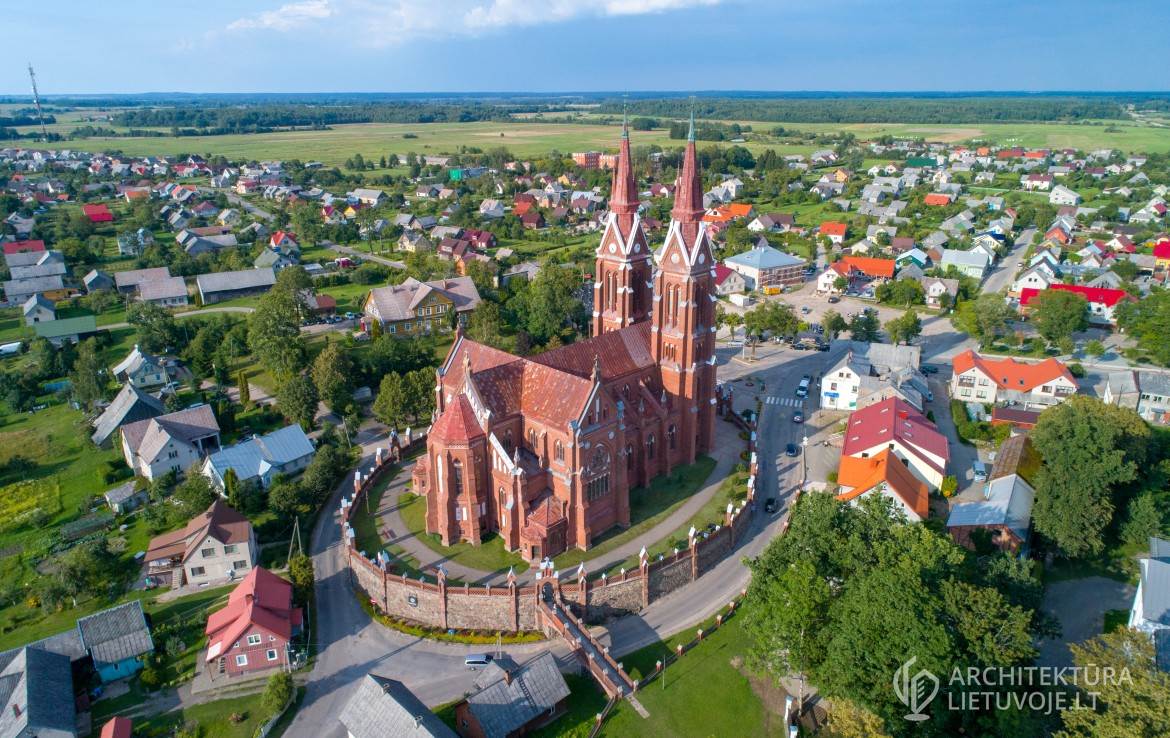 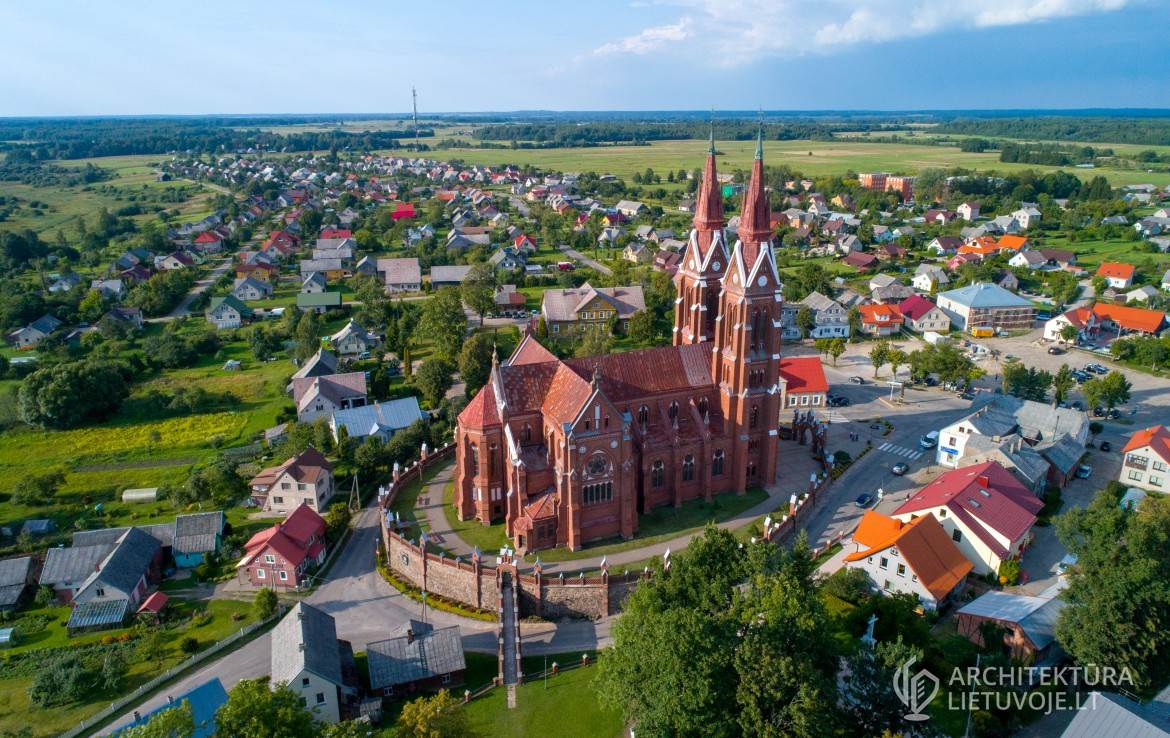 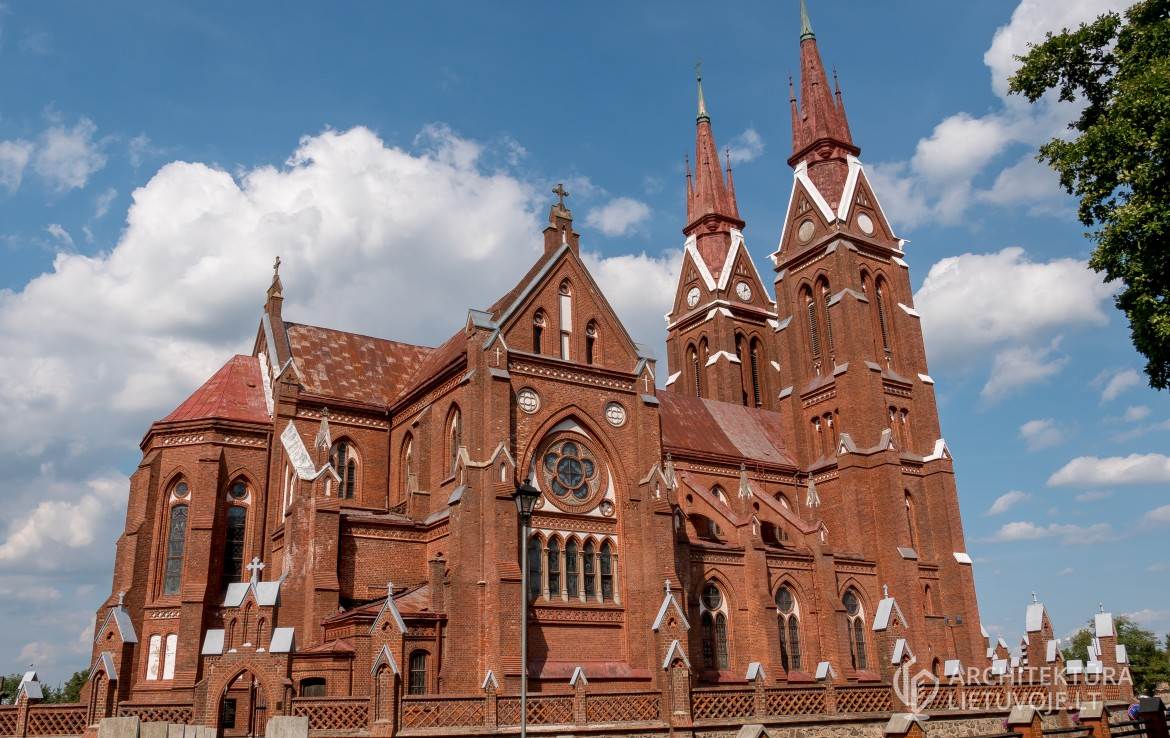 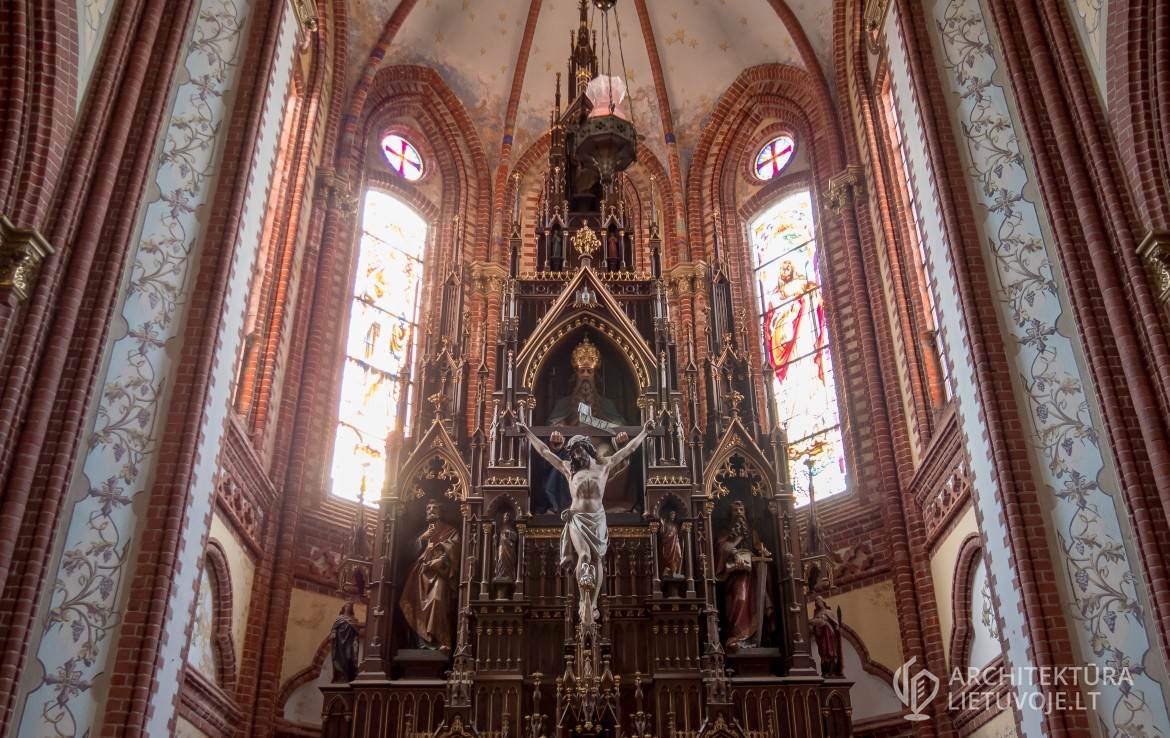 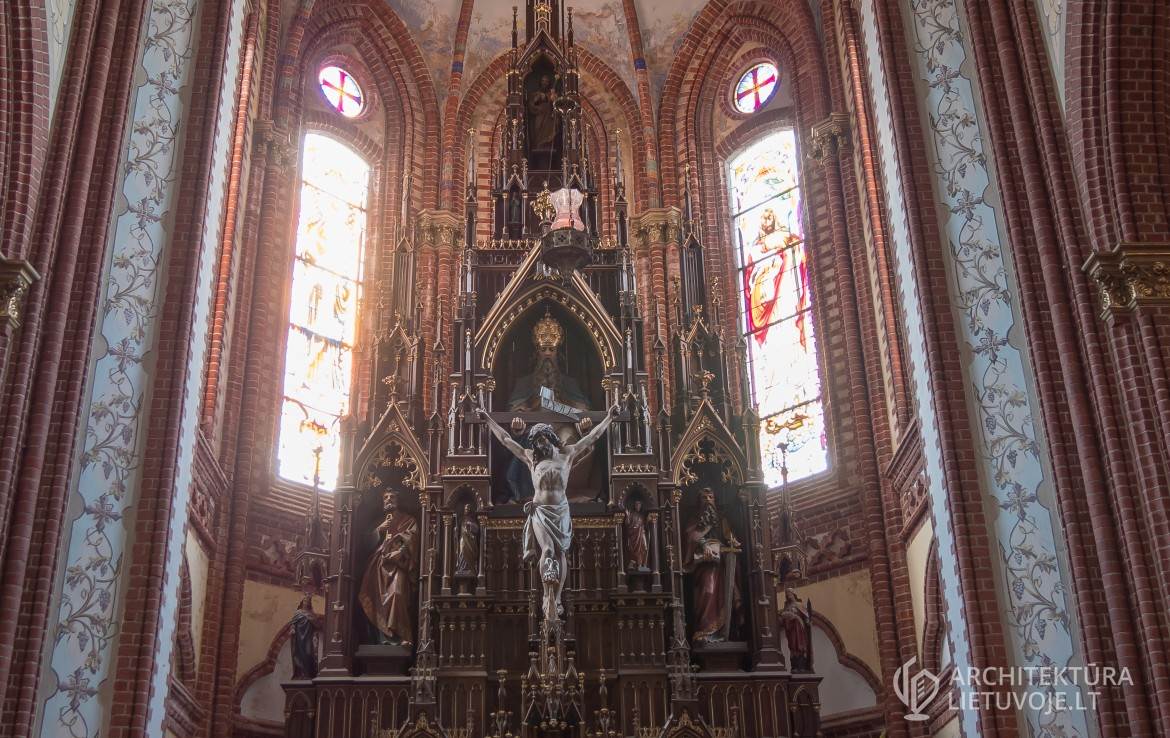 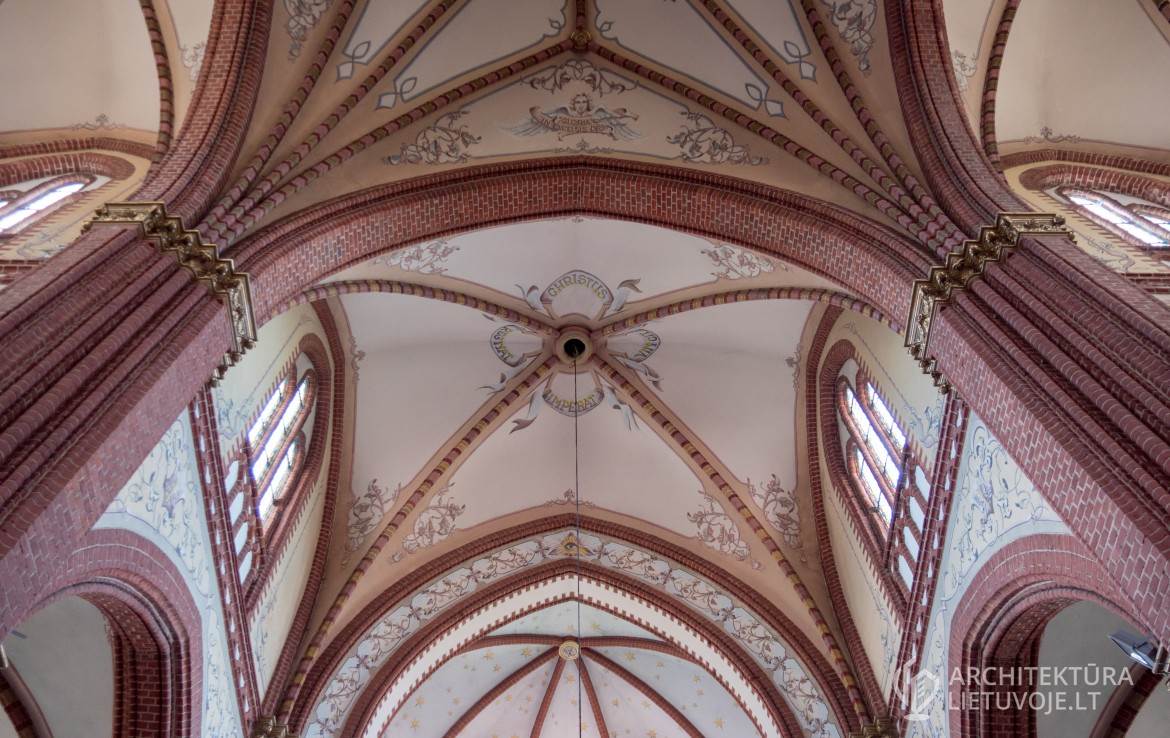 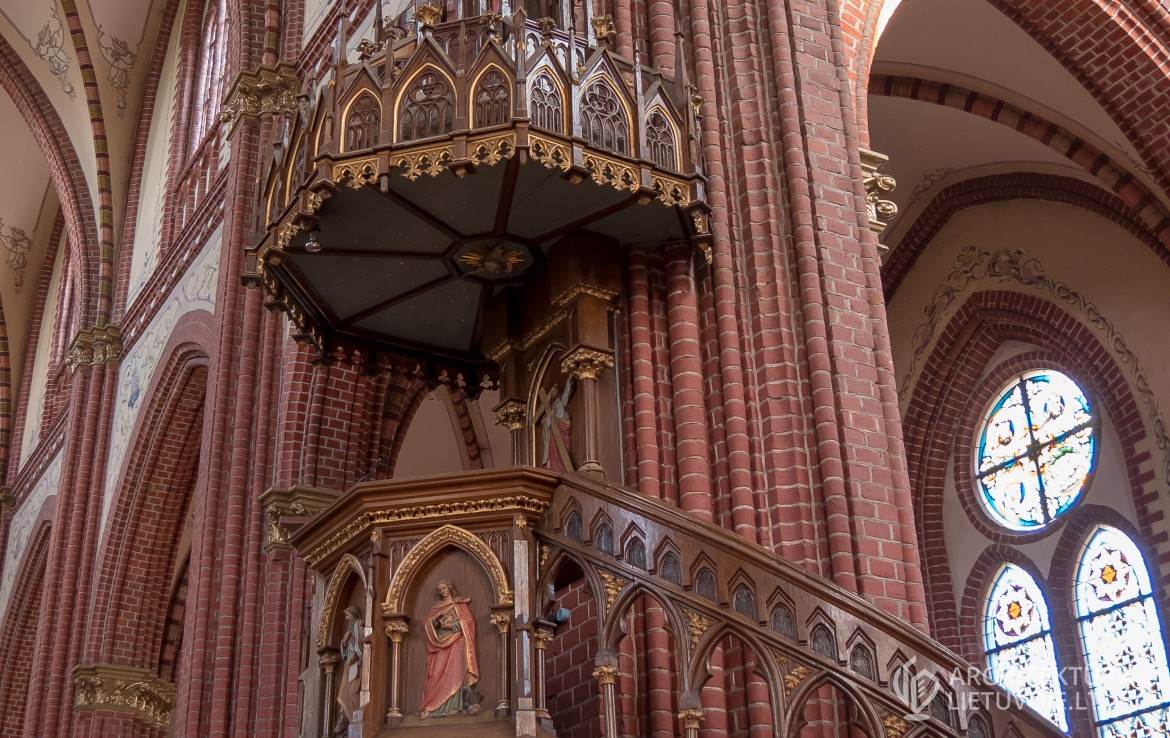 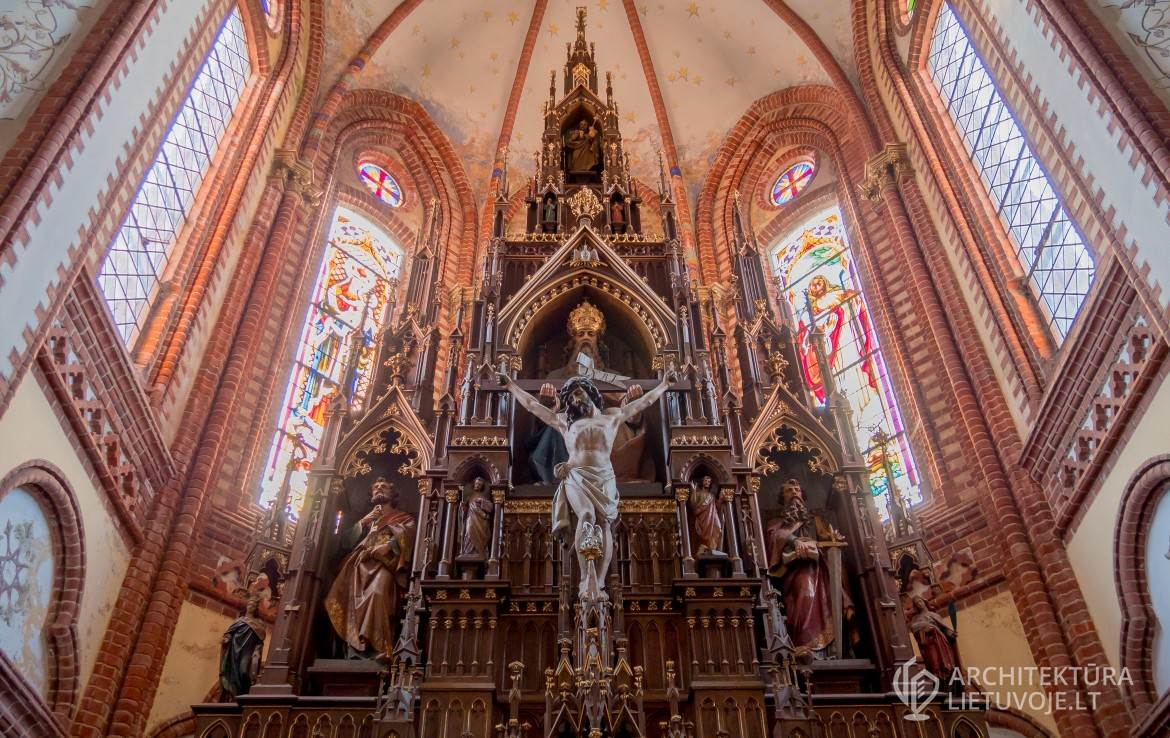 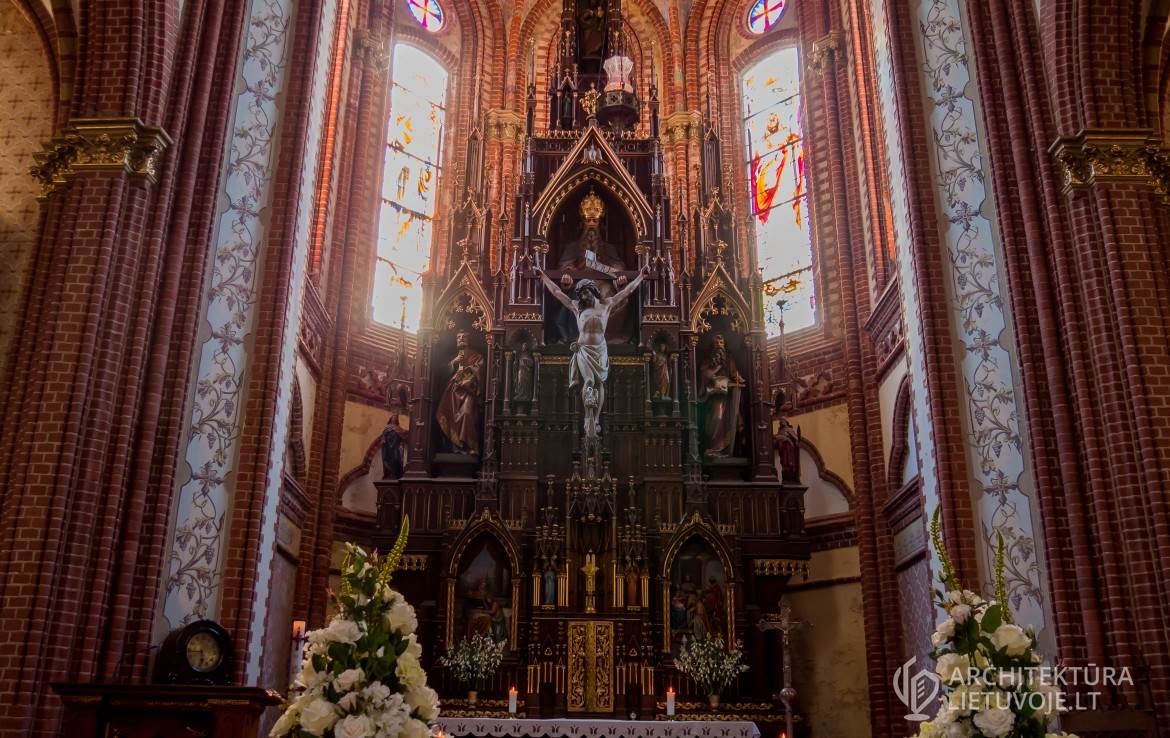 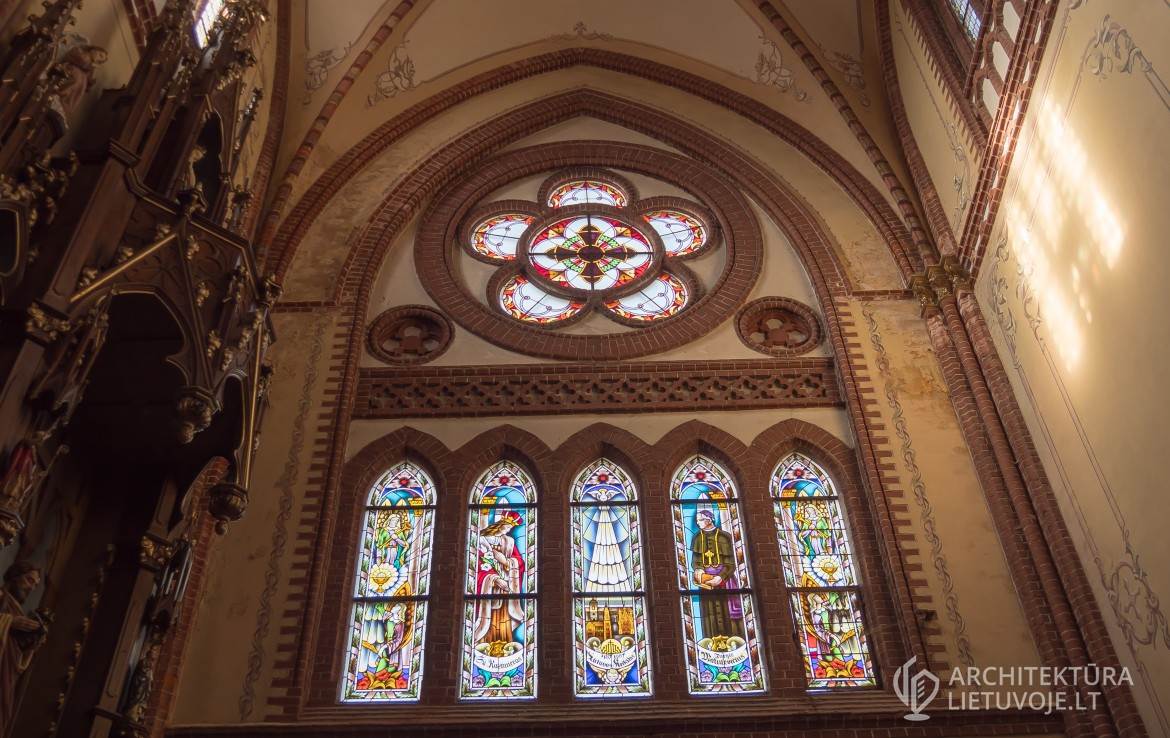 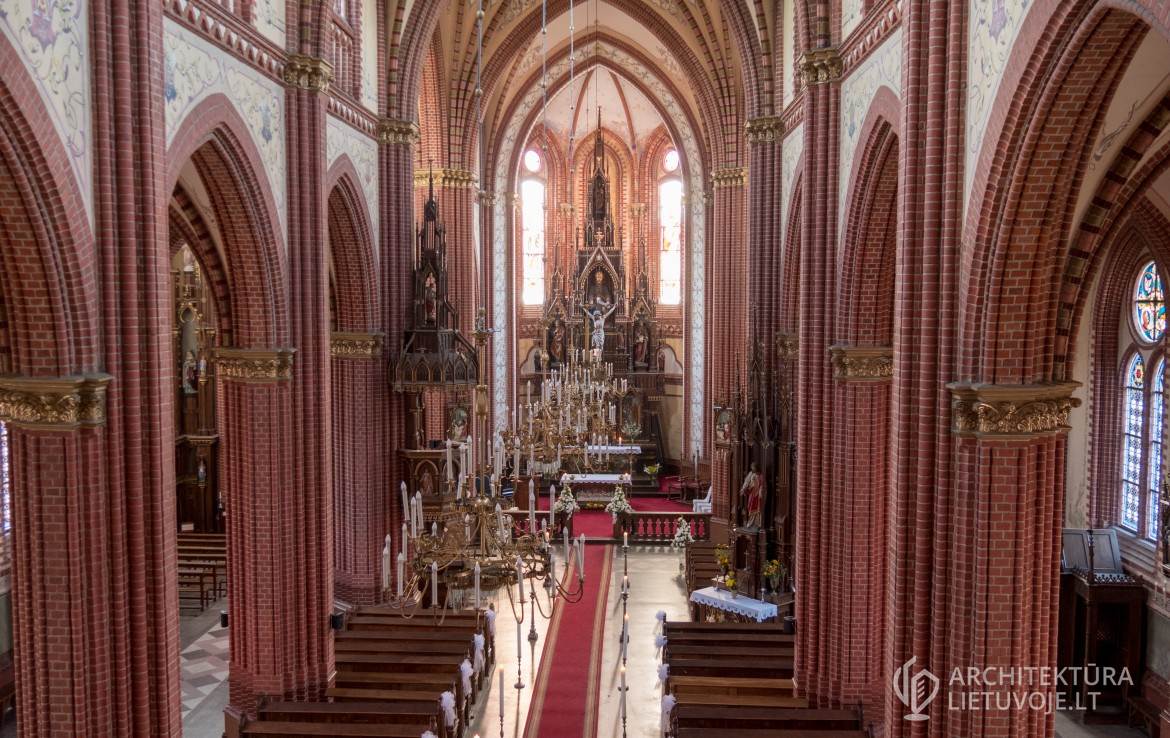 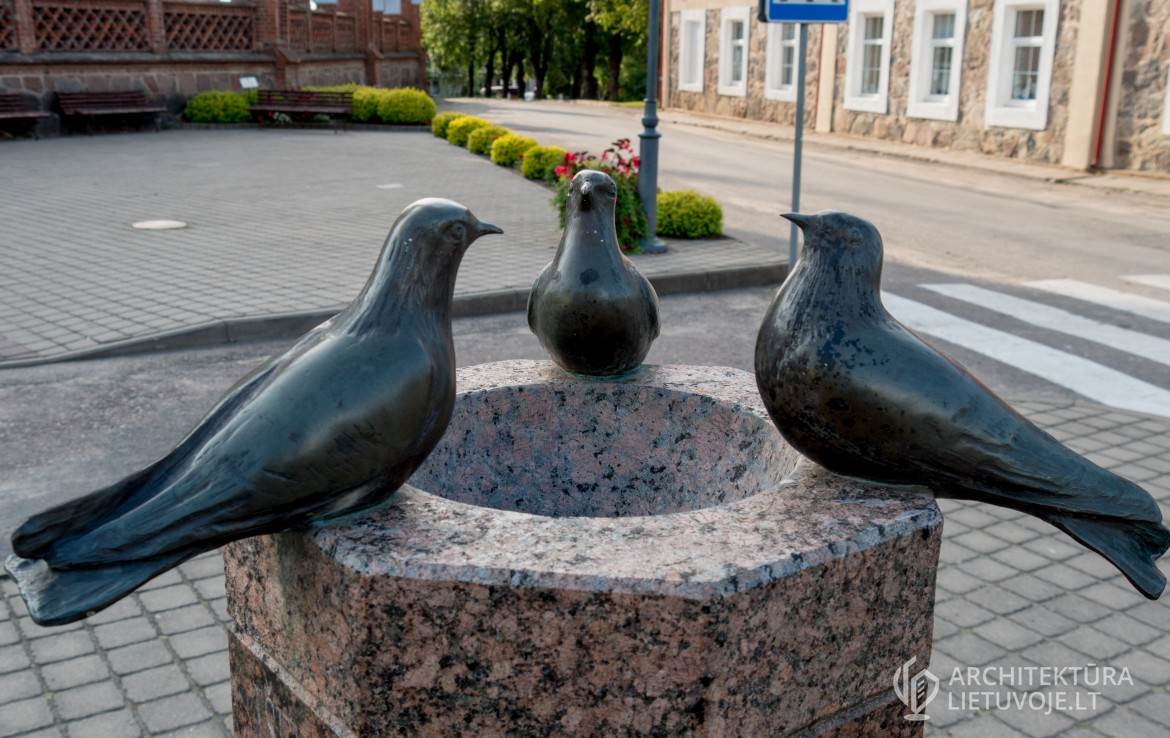 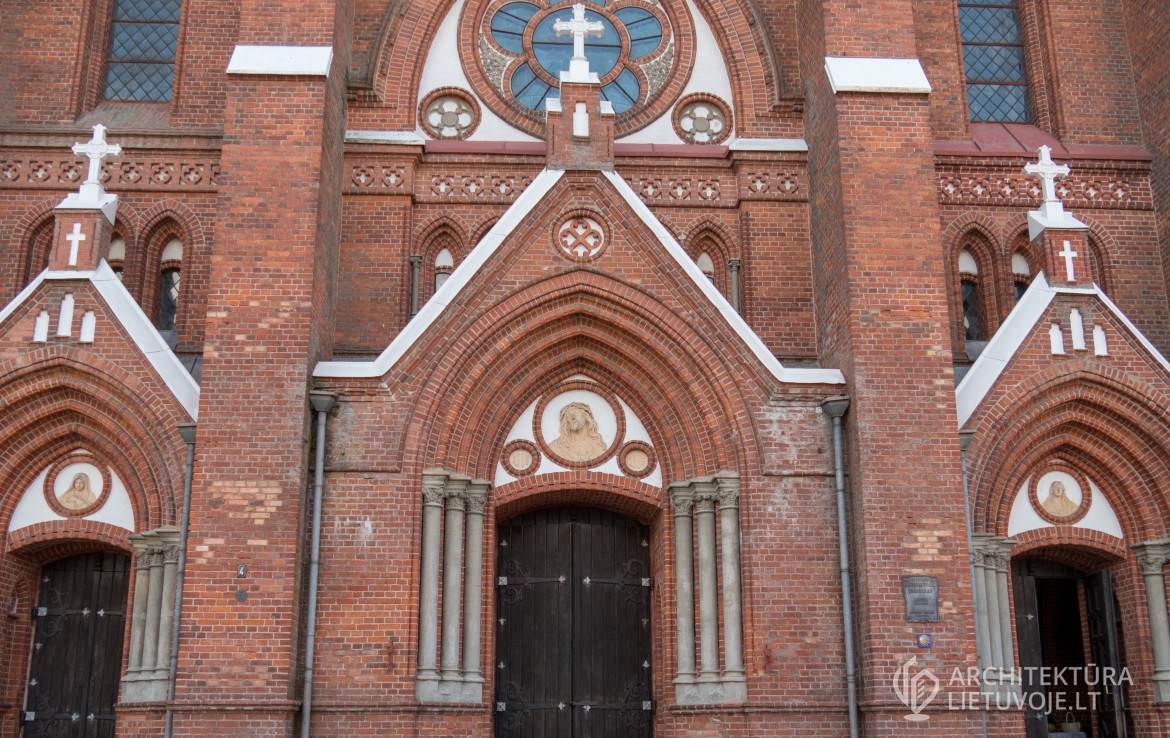 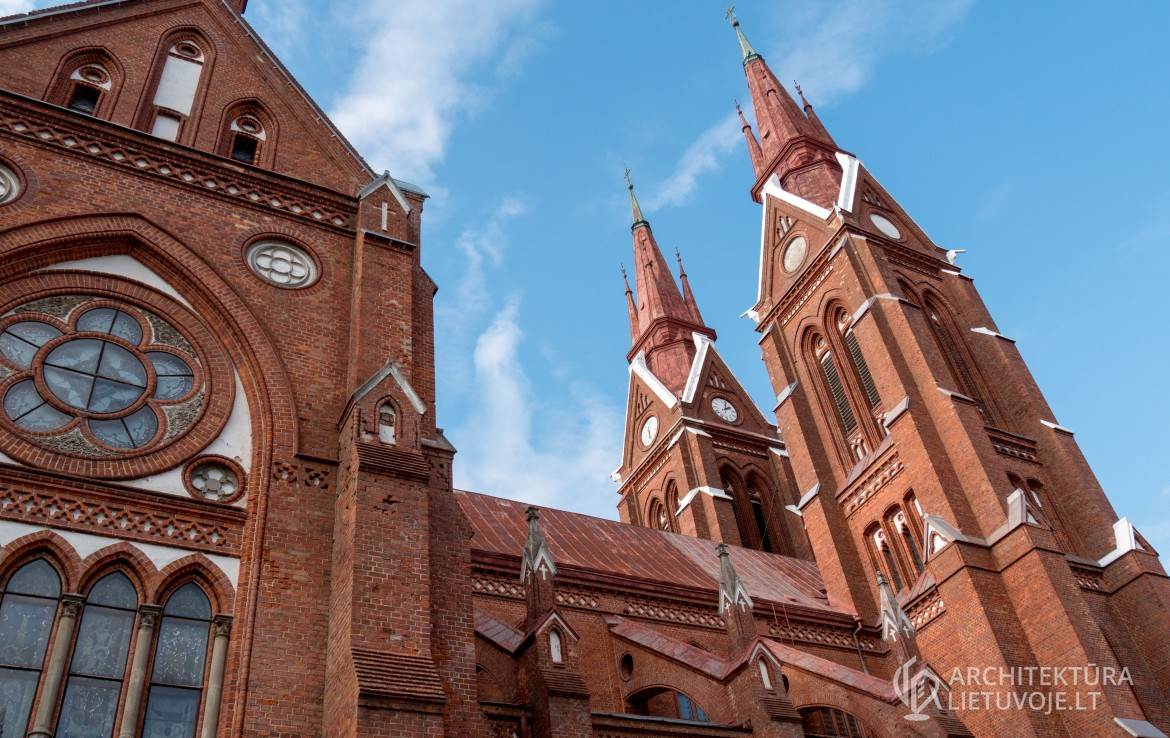 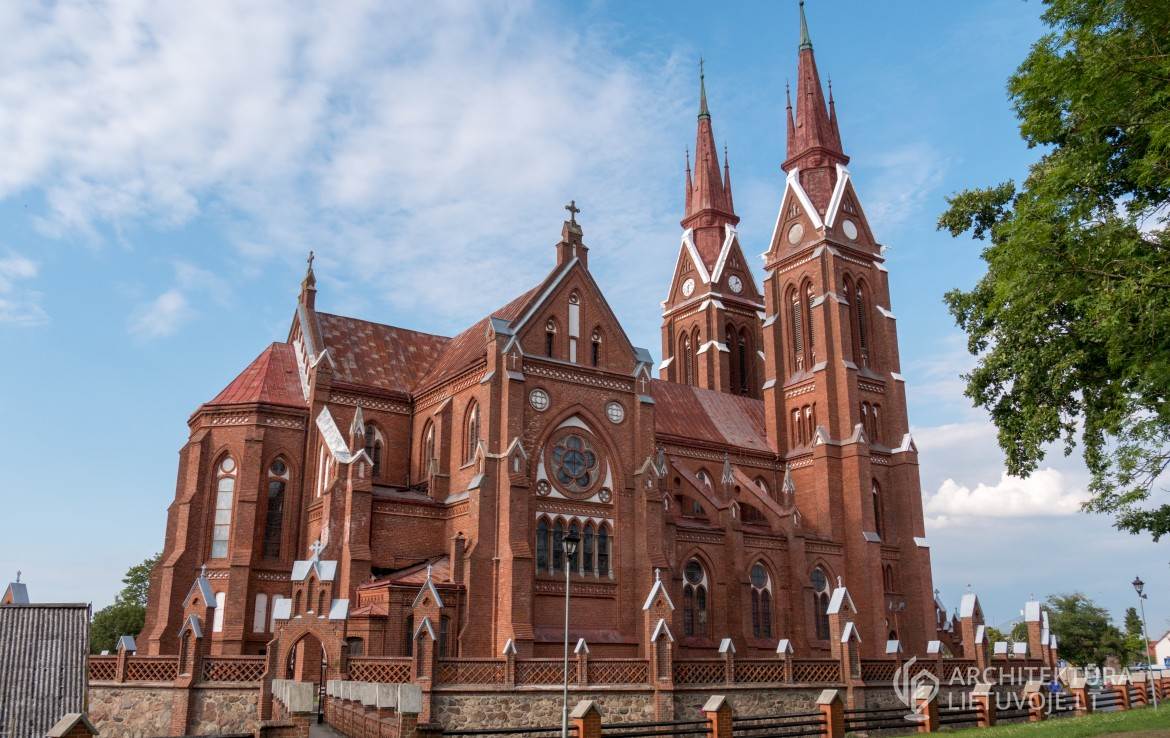 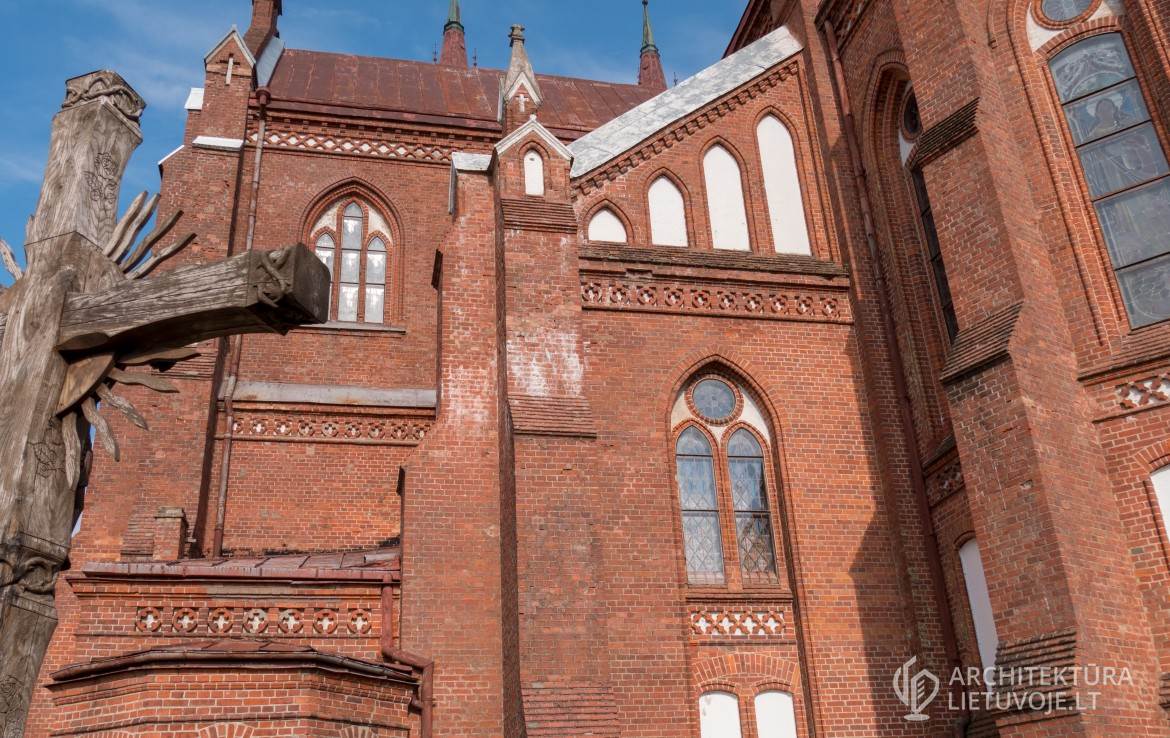 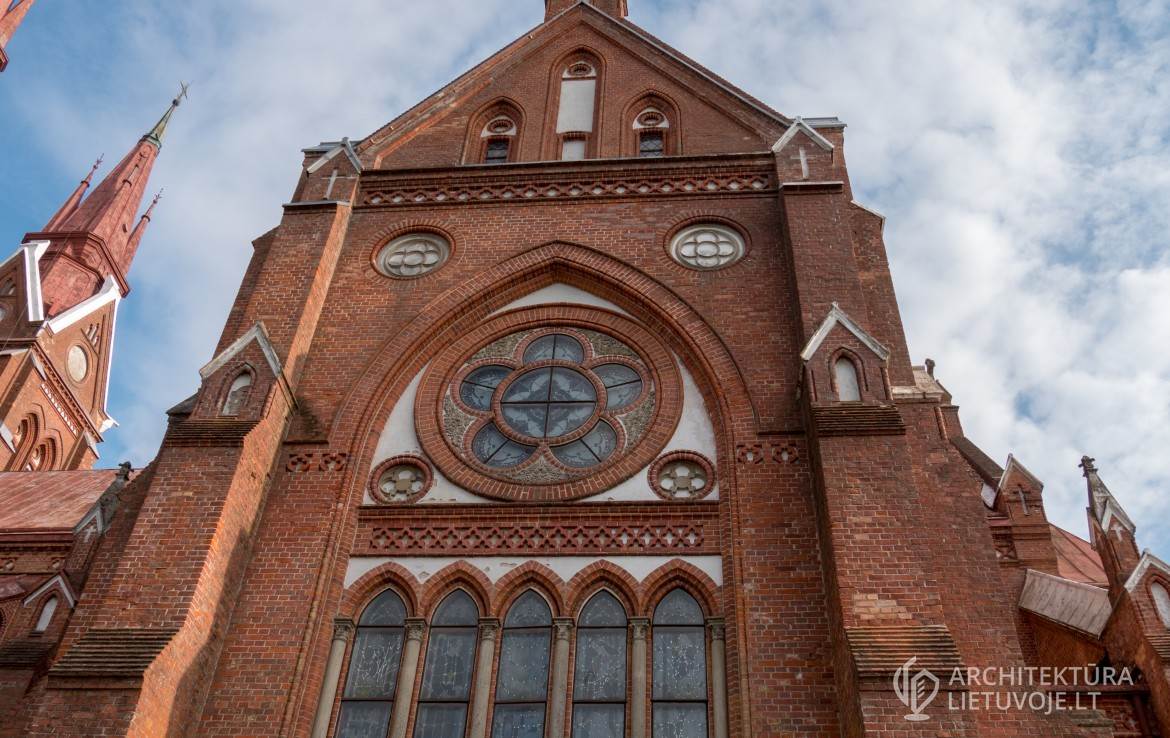 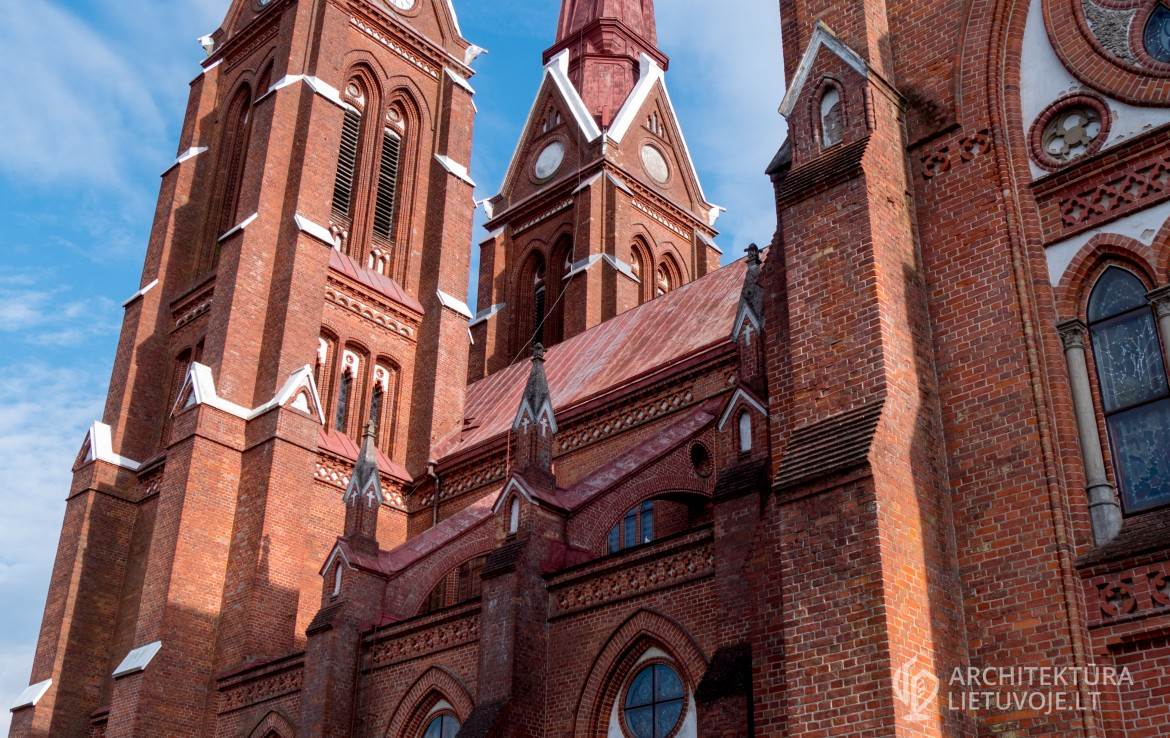 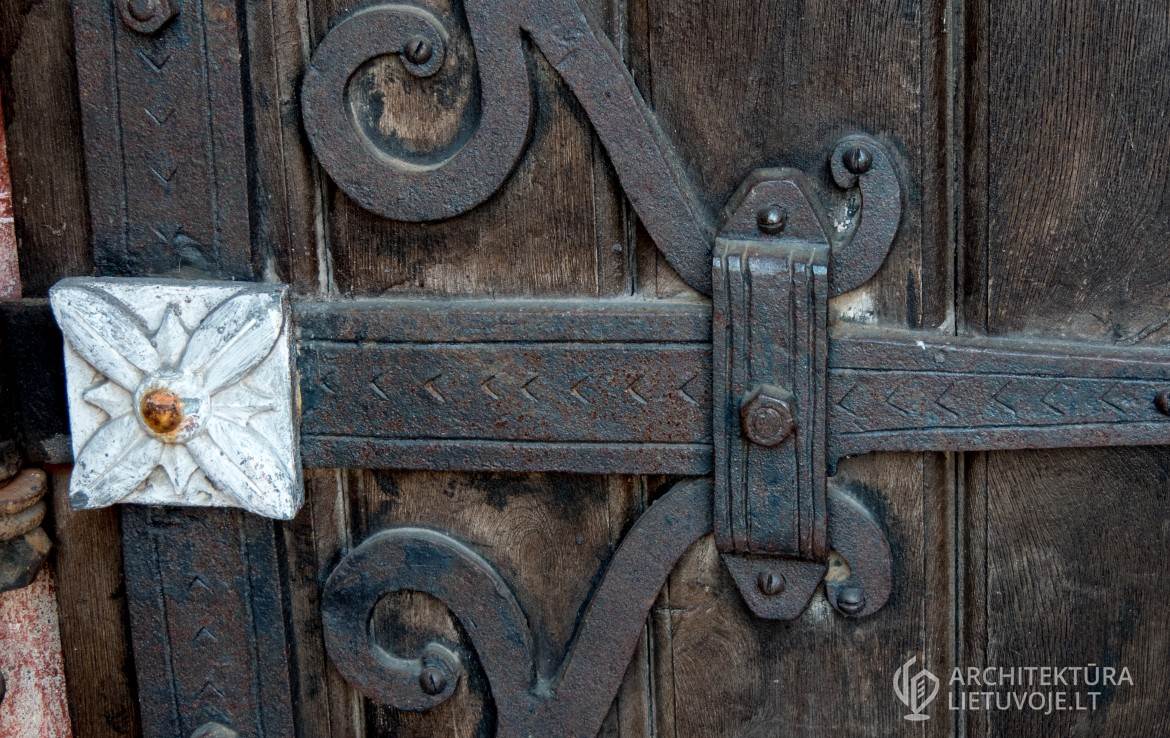 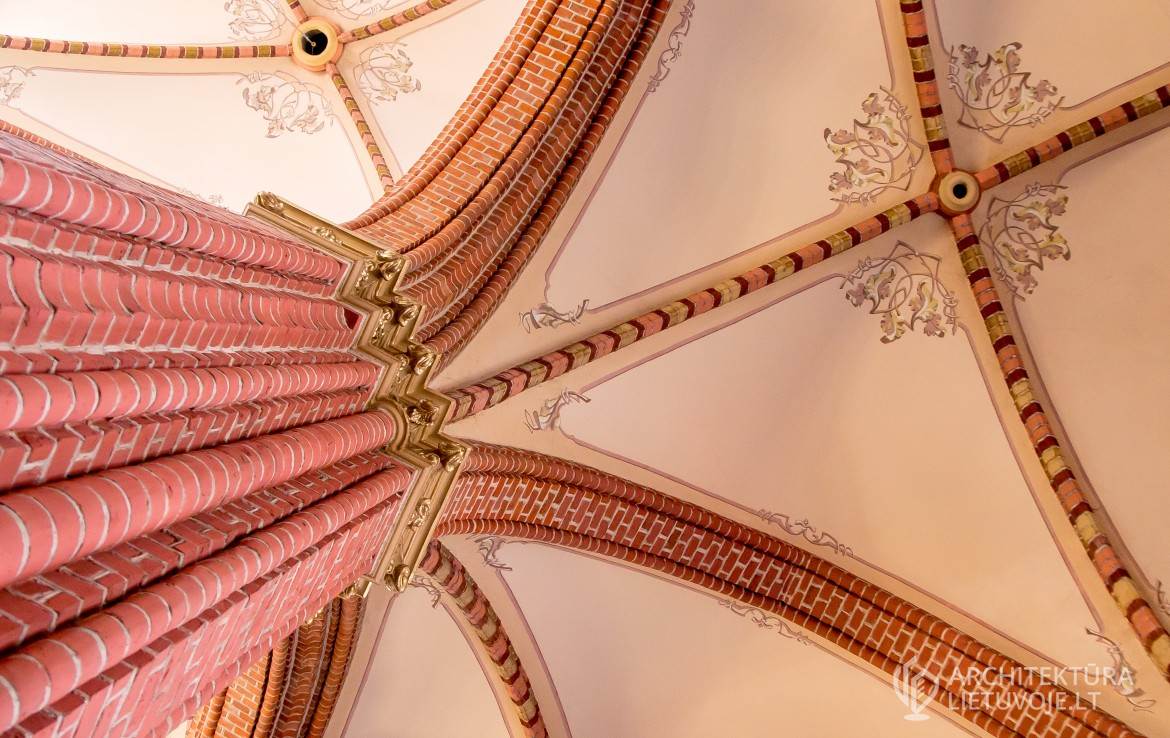 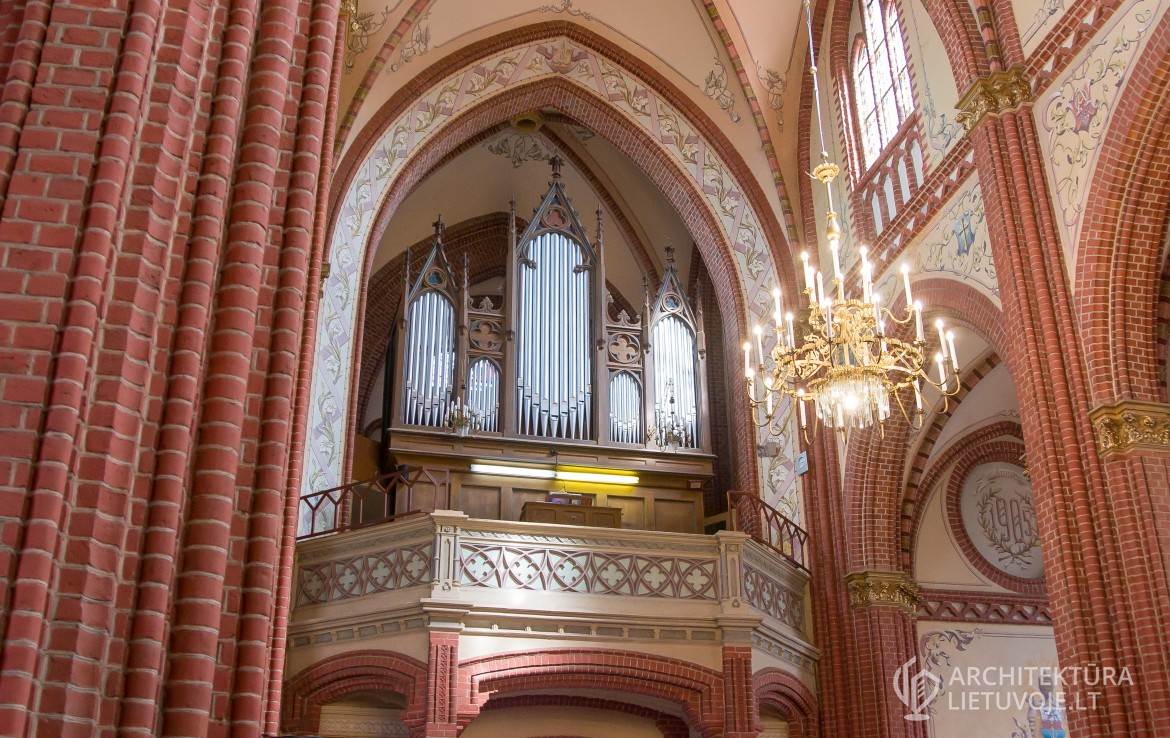 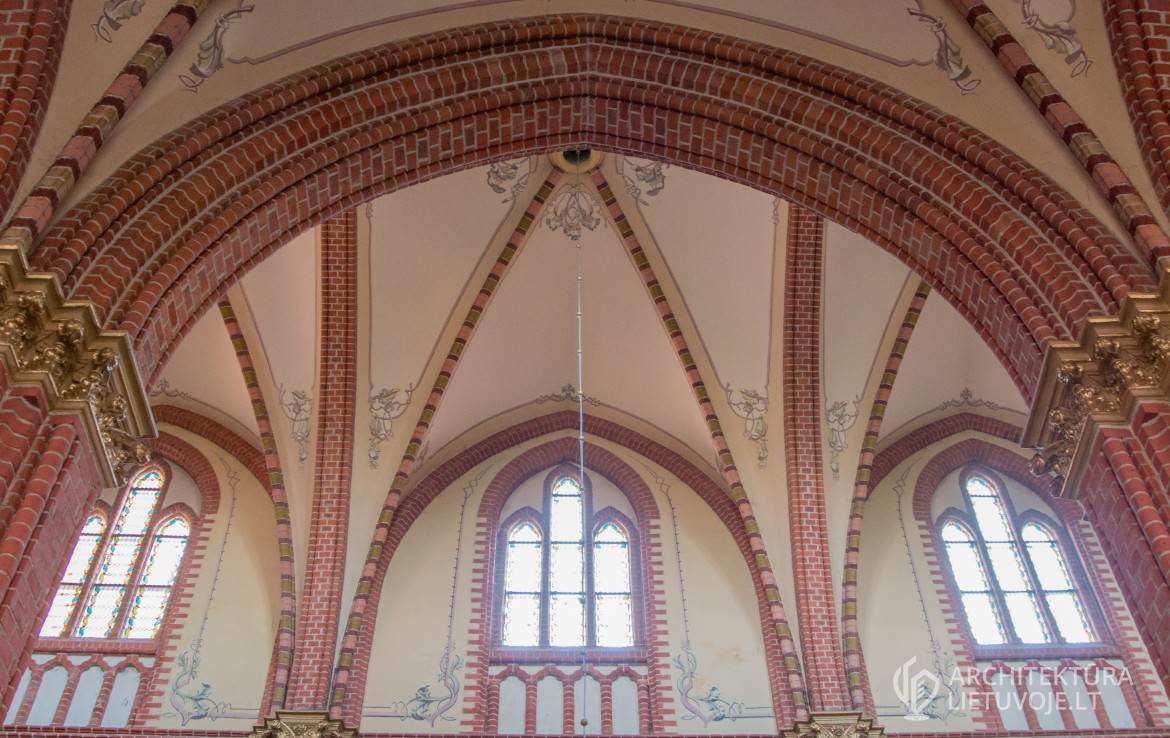 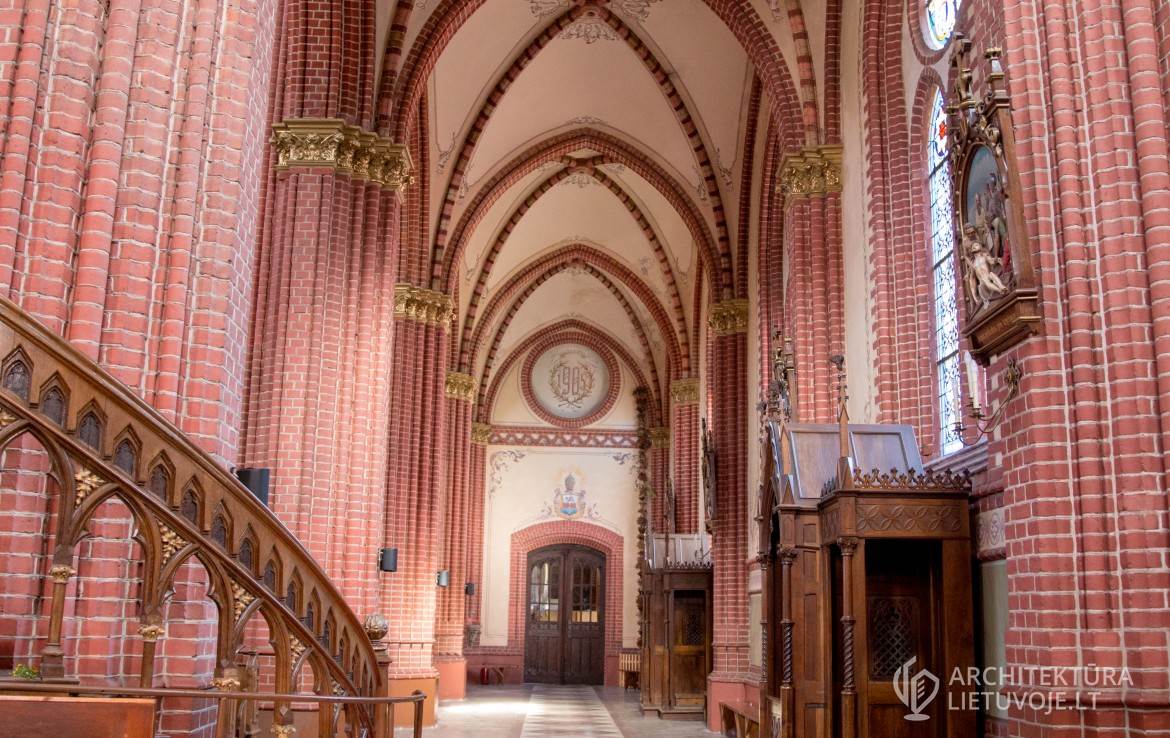 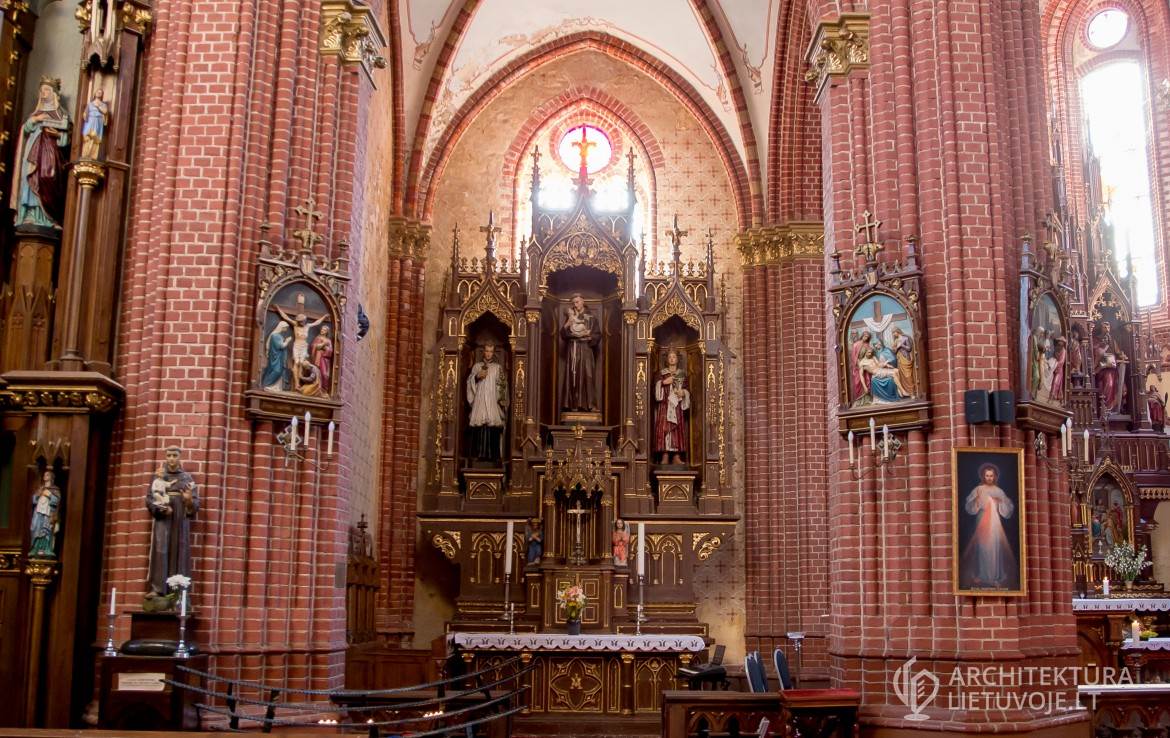