Complex of prison buildings in Šilutė

The Building Complex of the Prison of Šilutė

The two-storey Šilutė courthouse building of official nature, which was characteristic of East Prussian construction of that time, appeared in the middle of the 19th century in the former suburbs of Žibai. On one hand it’s an early building of the so called material style, but its architecture is somewhat eclectic. Neo-Romanticism and neo-Gothic impact may be observed here and it becomes especially clear at the portal crowning the building’s main entrance. The old part of the building is dominated by the rhythm of the windows arranged in semi-circular arches, verticals of darker bricks splitting the façade and the castellated frieze strip separating the floors. In the central part of the rear façade – a split window accented to six niches, rounding at the top. The building underwent major changes in 1909 with the introduction of a third floor, already typical of new architectural stylistic winds, and a two-storey extension for housing staff. Both of them reflect the features of the “rationalised neo-Gothic” and this is especially obvious in the superstructure of the main building. The grouped narrow, vertical windows, the use of white niches and a pediment of complex form. Similar tendencies may be observed in other government buildings in the region, such as the Viešvilė courthouse or the Klaipėda University complex. After these changes the courthouse became one of the largest and monumental buildings in the town.

The gates extending the first floor of the old part of the building, located on the left side of the façade, lead to a yard, where we find another important building of the complex, which appeared almost together with the courthouse. That is the prison of the former Šilutė region. The massive building is placed in the middle of the plot. As it is characteristic to such buildings, the building is of much more utilitarian architecture. Currently the façade is mostly split with its plan configuration resulting in the prominent central part. The building, like the prison, was used up until 1954 – the history of the building was vastly related to the Stalinist repressions after the World War II. In that year, a vocational training school was established in the courthouse and a dormitory in the prison. It was then when the latter lost a part of the exterior, characteristic to a building of such purpose, and an element highlighting its two façades horizontally: the small, vertical windows, grouped in two were joined and formed large windows. Later, a fourth floor was built, distorting the historical volume of the building. And yet, though the façades have changed, the building still retained a major part of its interior plan – with cells placed around the central corridors on both sides, though part of them where joined to form more spacious rooms. A part of the fence, surrounding the prison’s yard, has still remained. 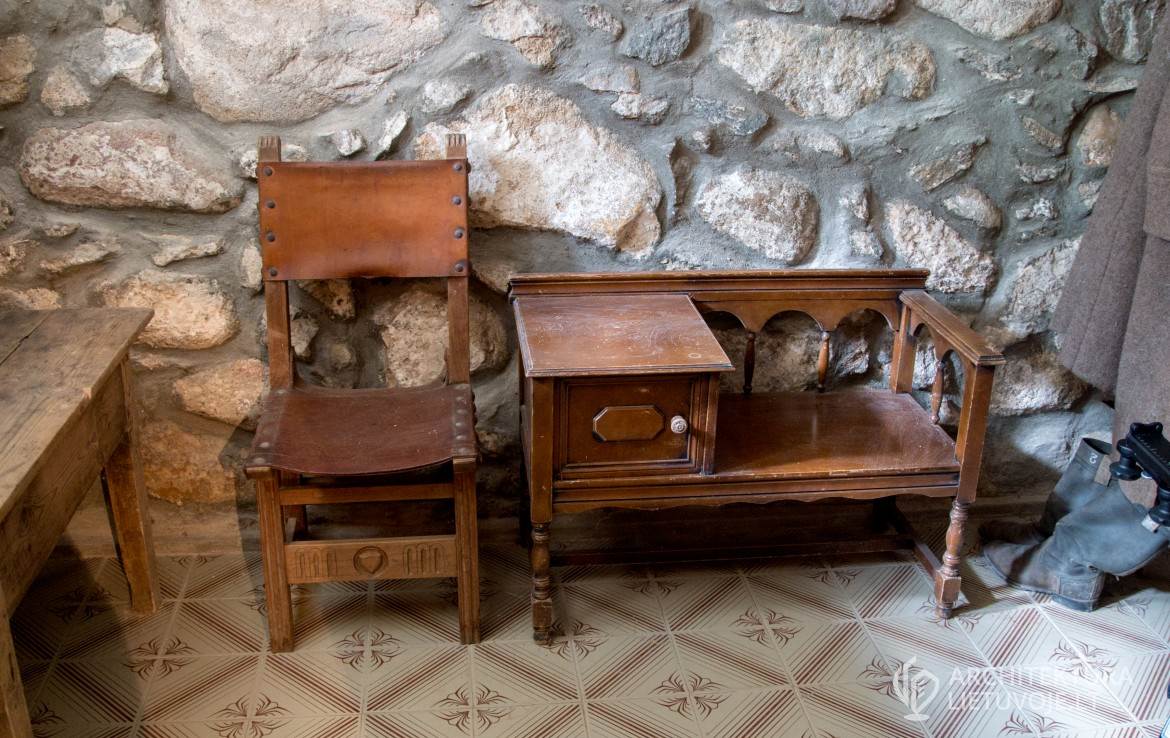 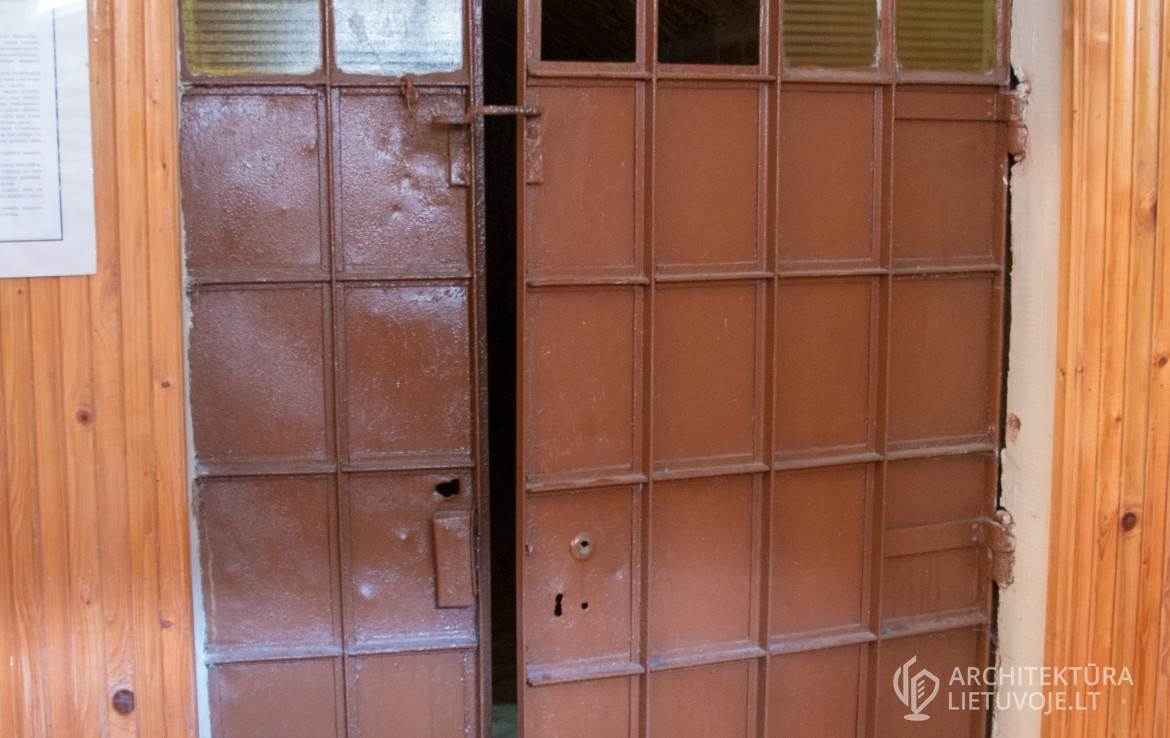 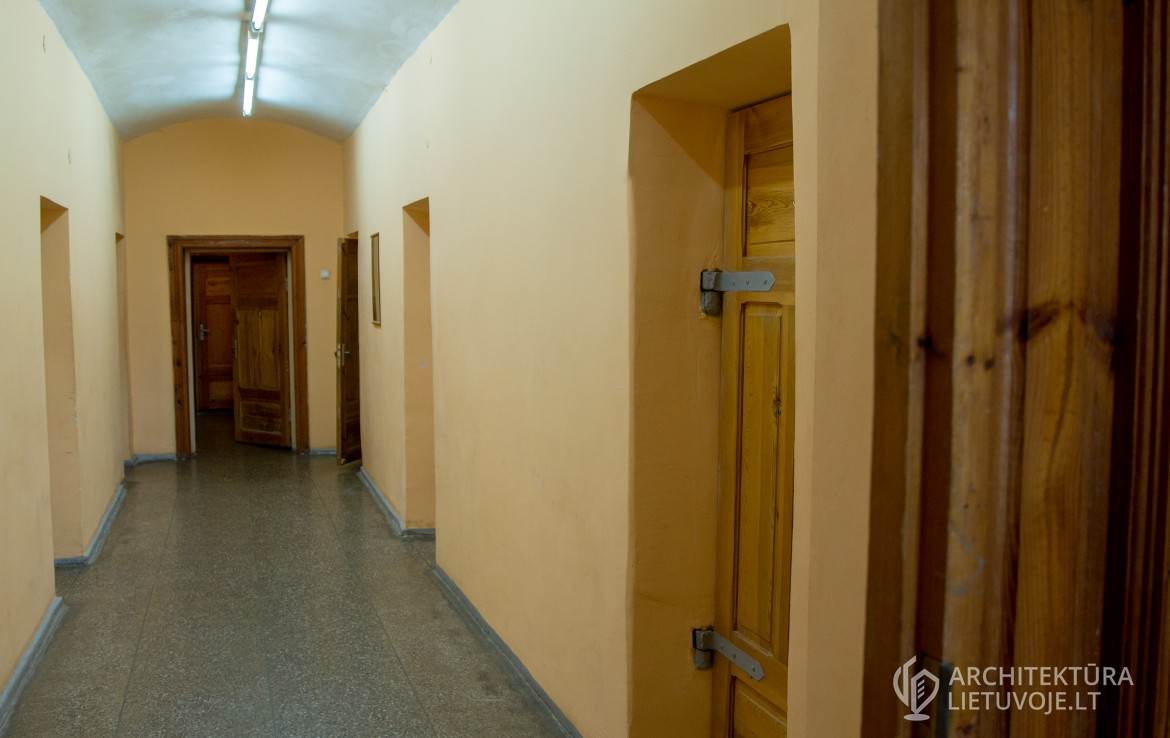 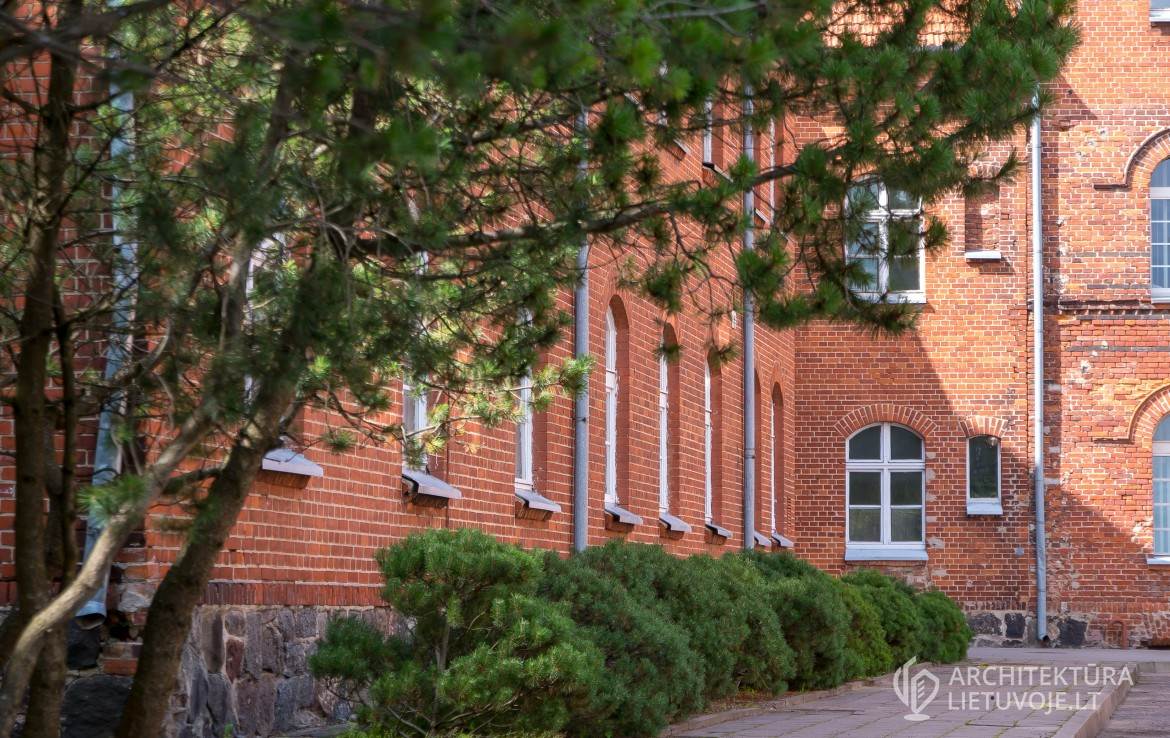 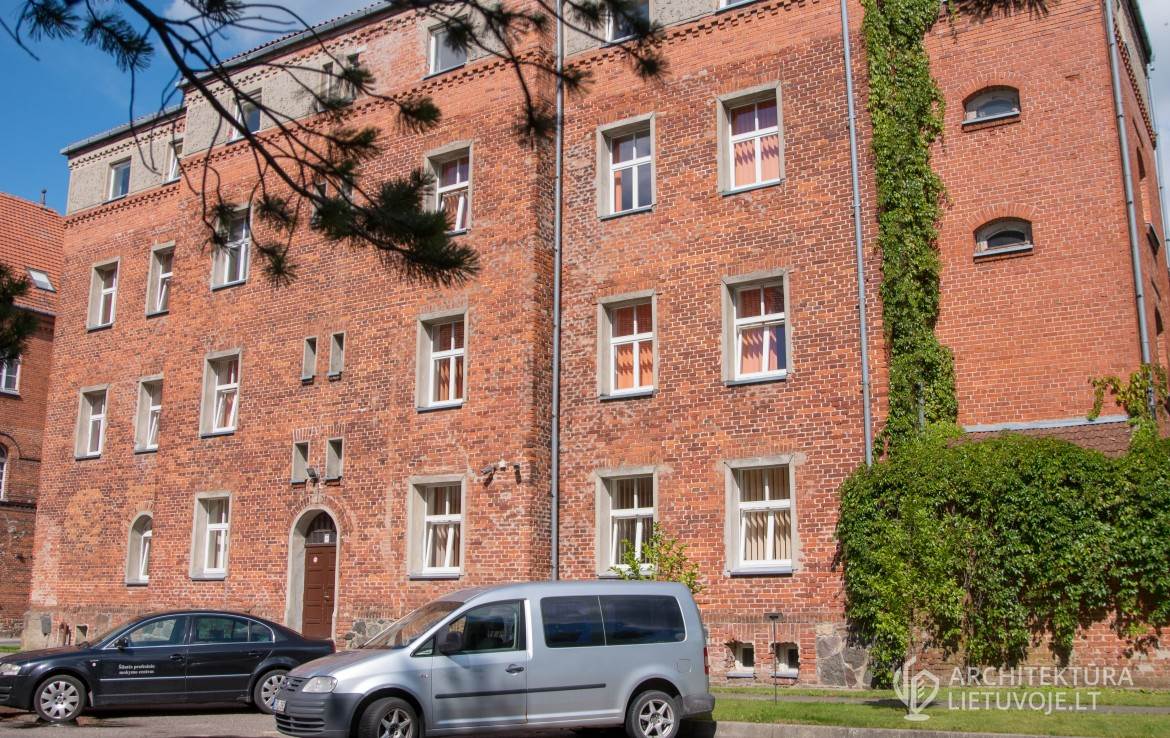 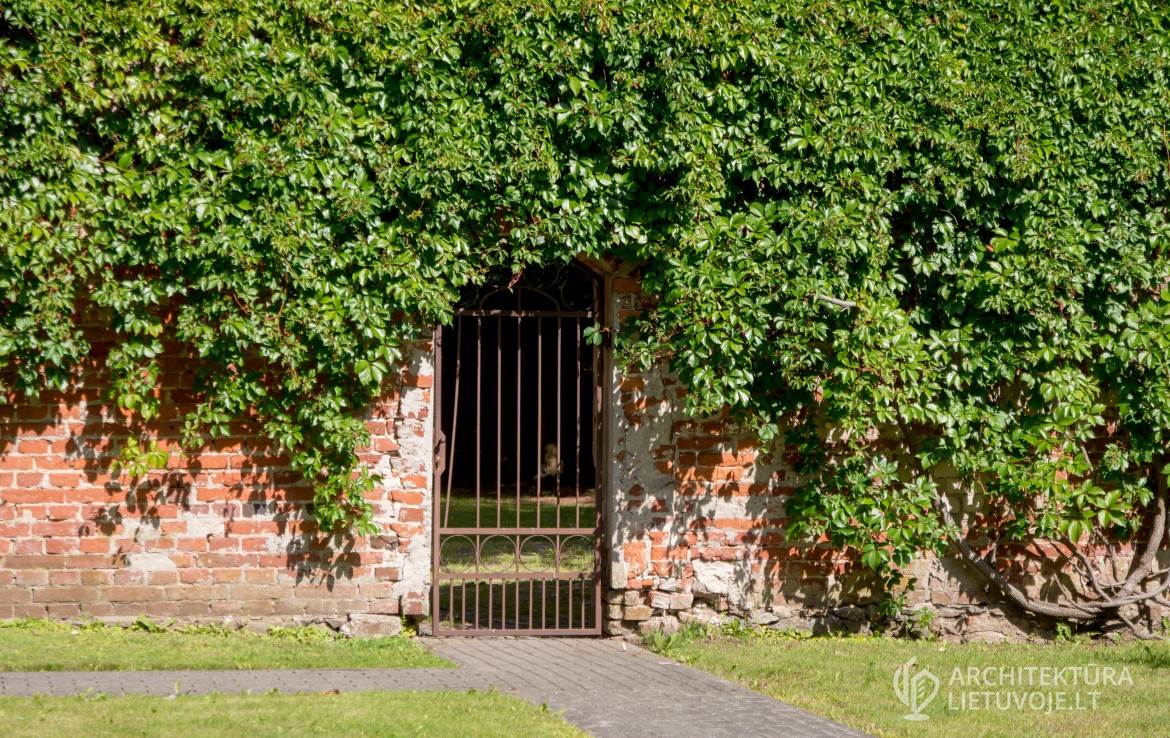 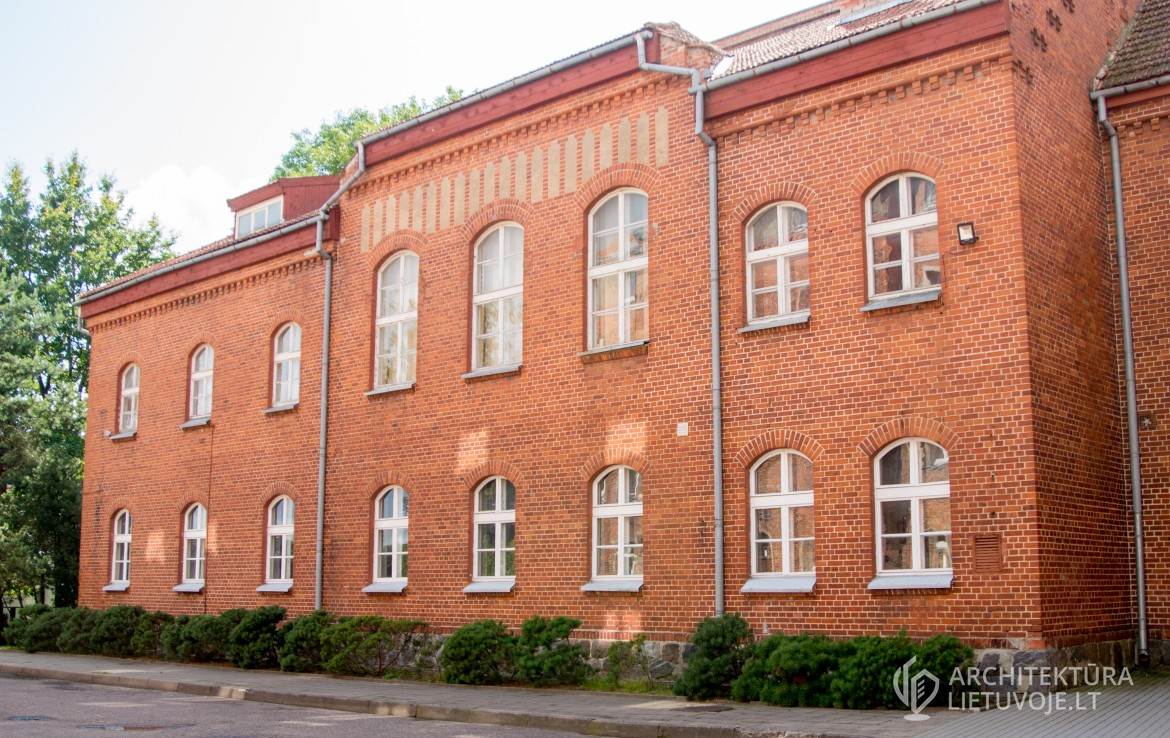 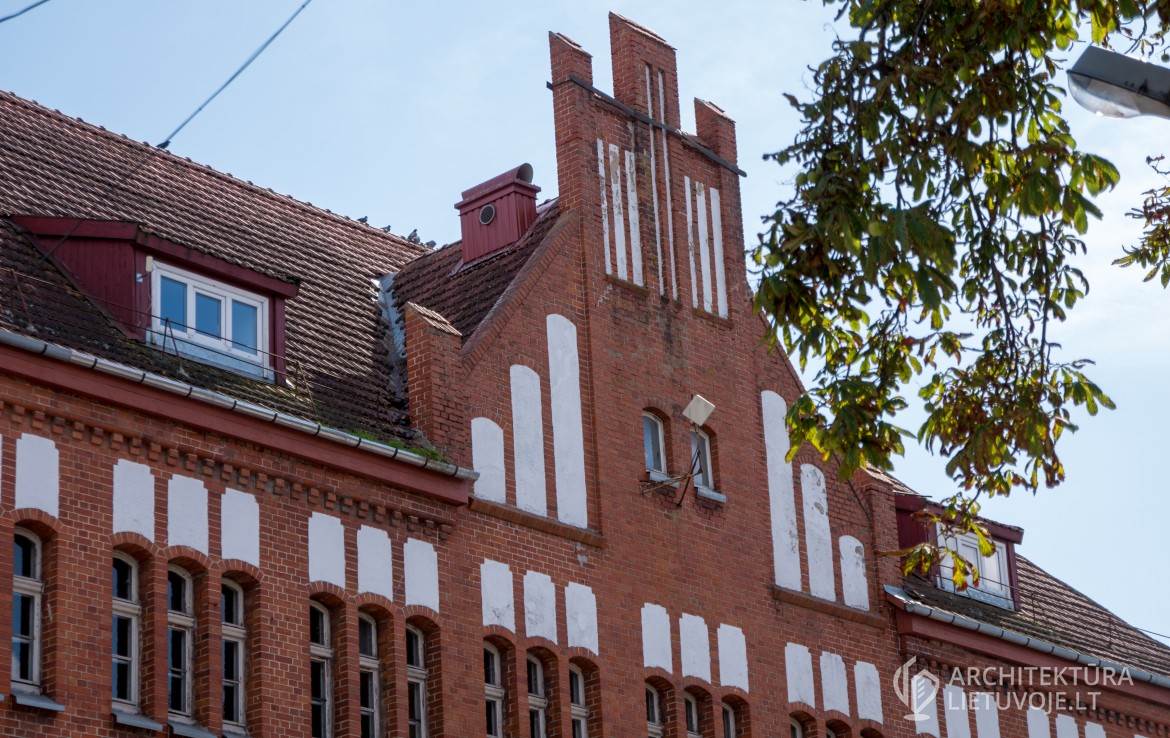 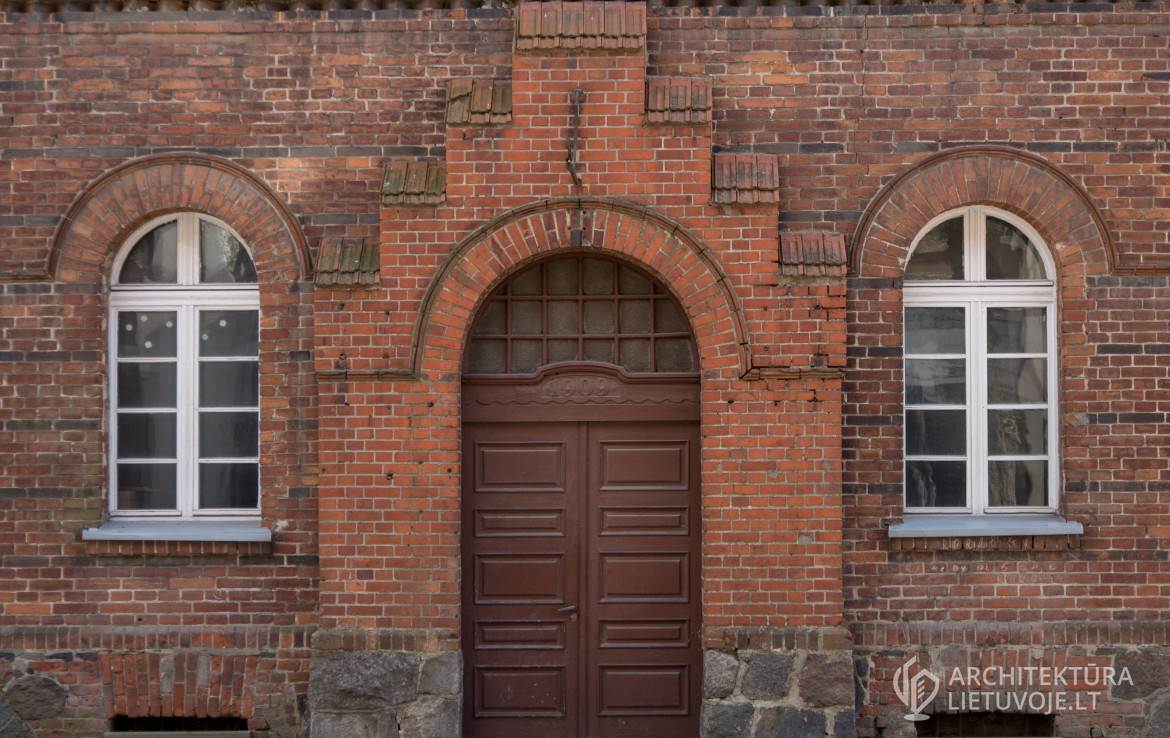 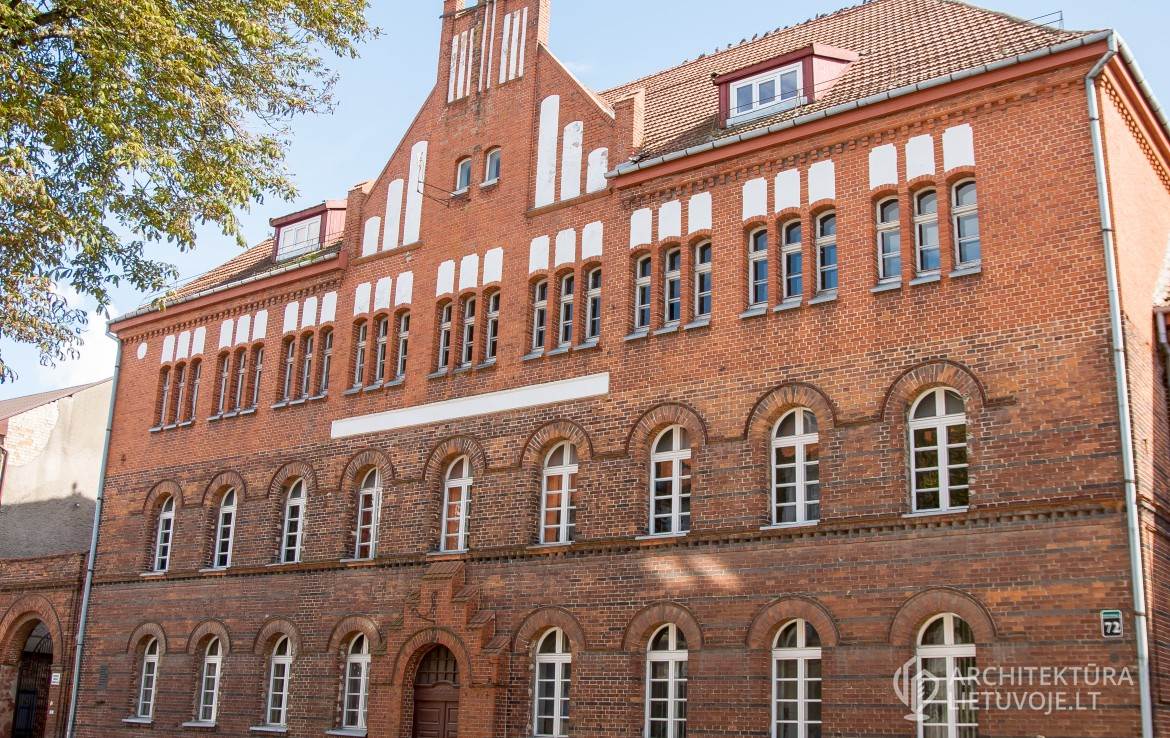 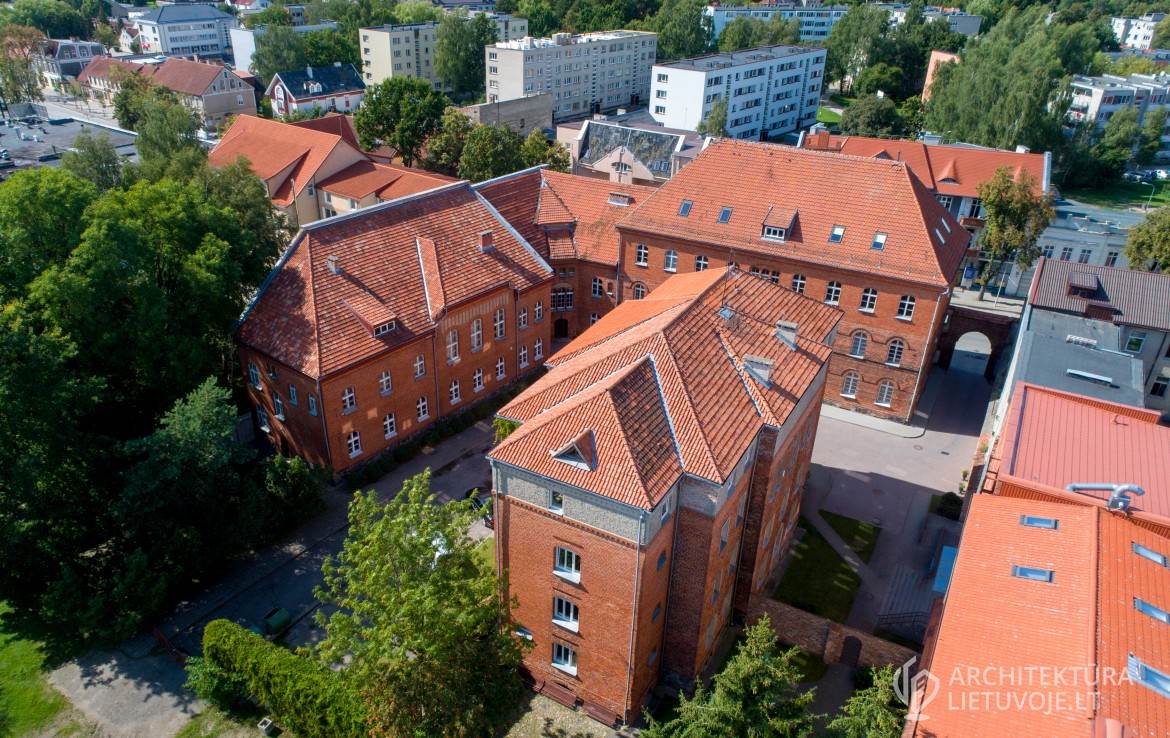 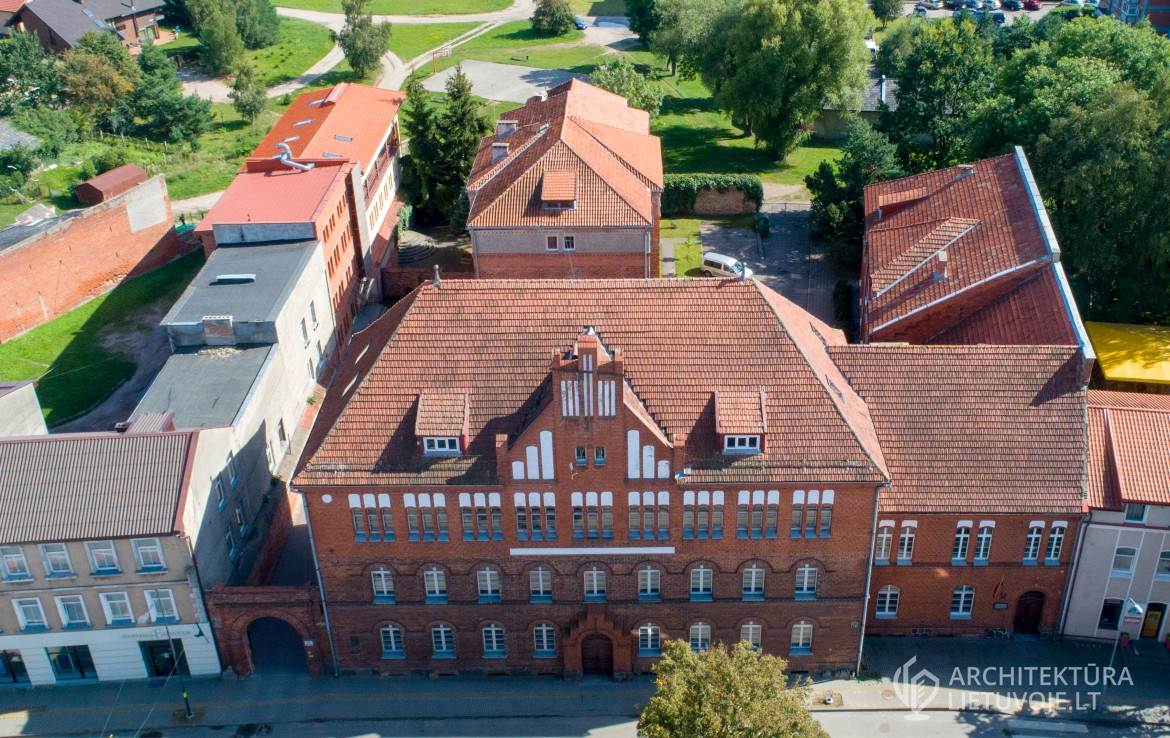 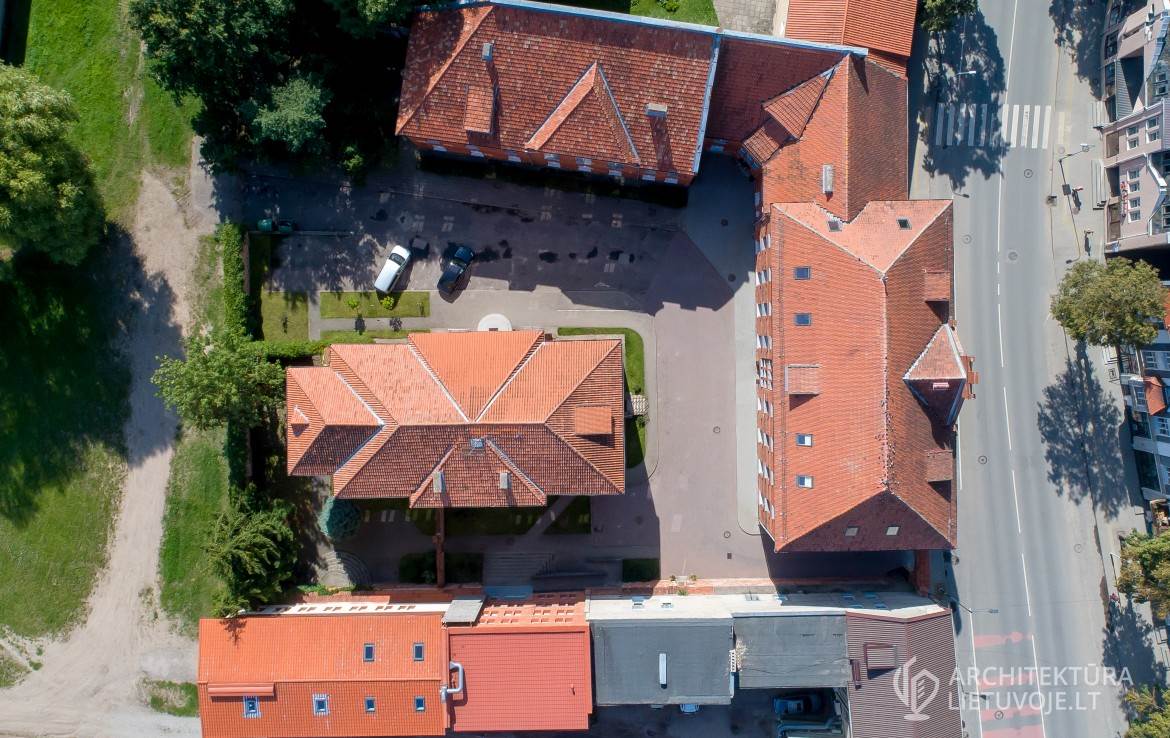 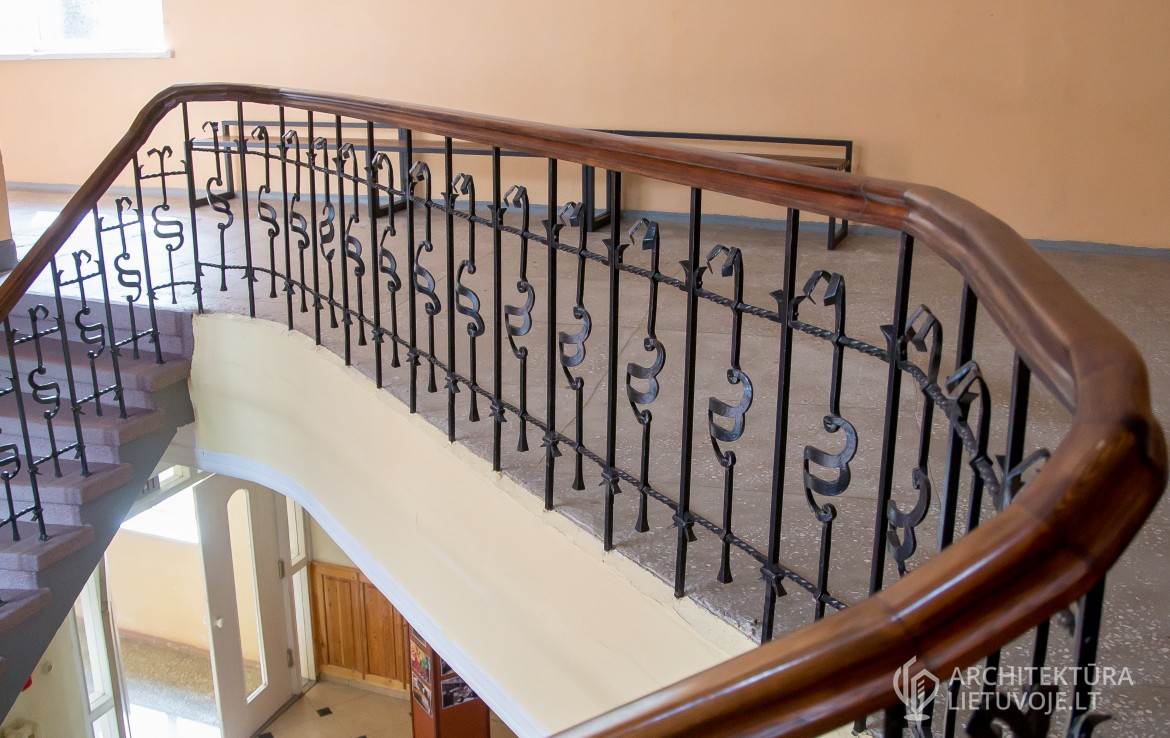 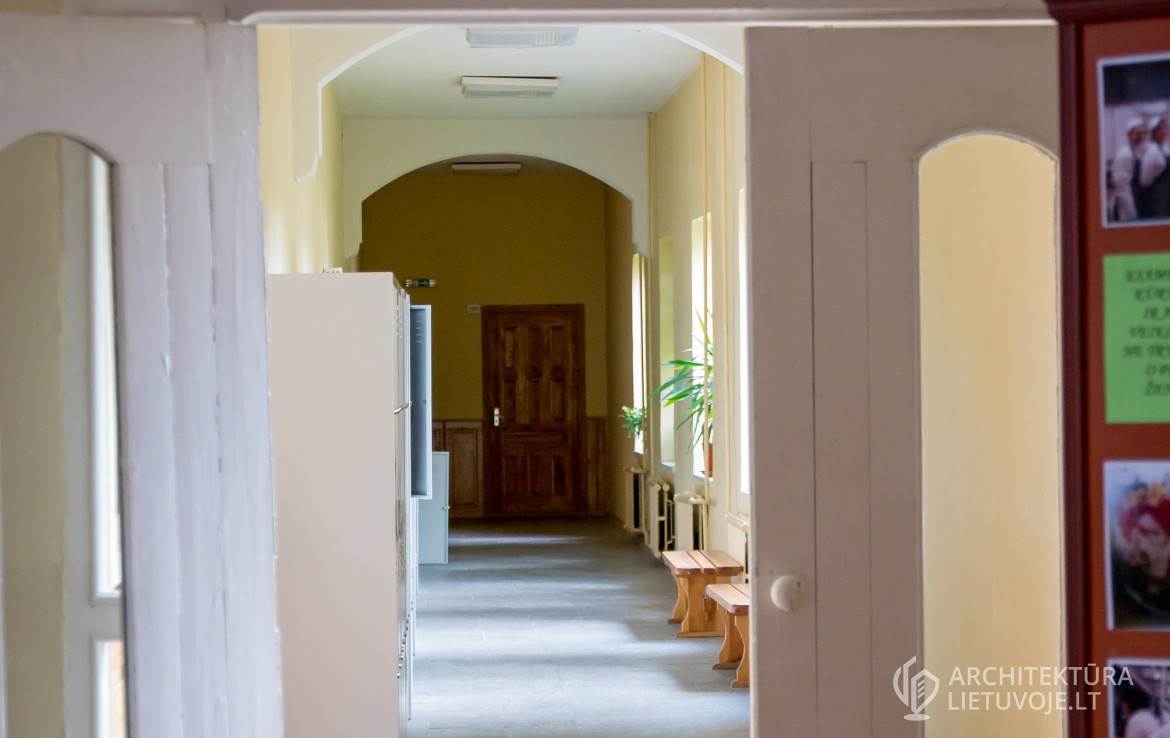 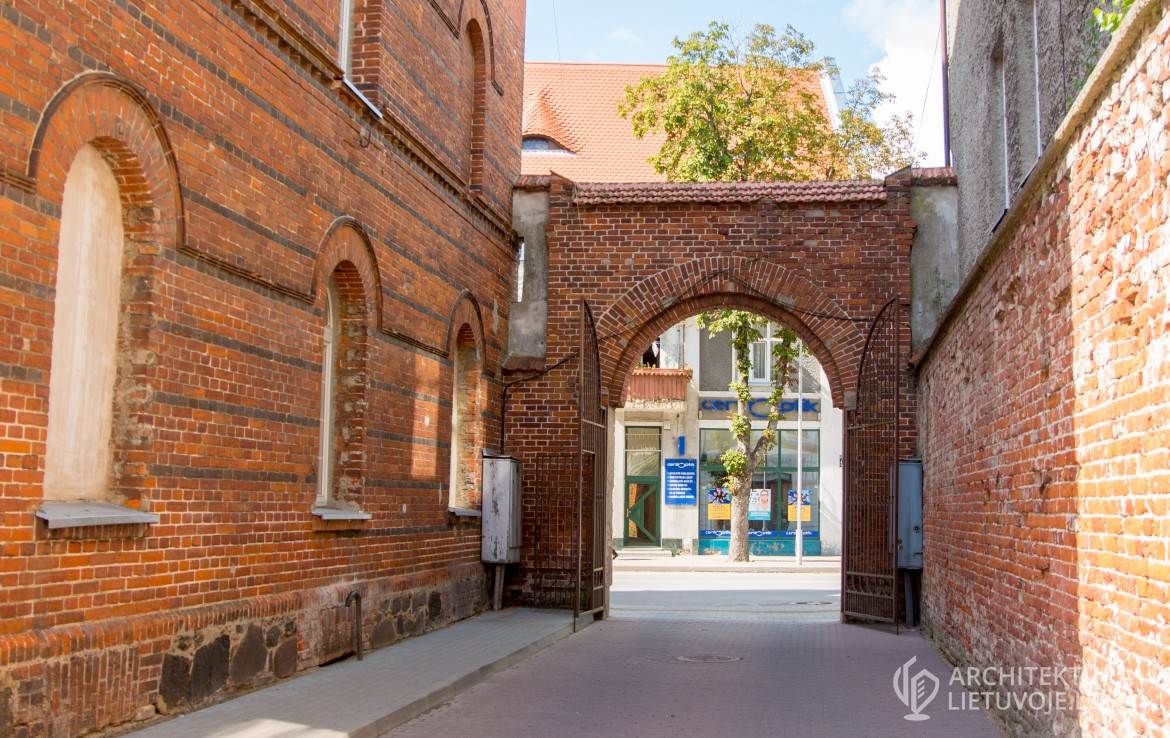