Just like another important monument of early Baroque in the capital – the Church of St. Theresa and the monastery surrounding it, the Church of All Saints and its monastery was built at the city’s defensive wall. Built for the needs of the Carmelites of the old regulation in 1620-1631 by the initiative of Adalbertas Chludžinskis, Secretary of Sigismund Vasa, this church is regarded as the oldest Baroque building without turrets in our country. Although today we are used to seeing this sanctuary with the main highlight of the entire ensemble – the massive five-section tower, characterised by dynamic forms, it was built only nearly one and a half hundred years later and is an example of the late Baroque in Vilnius. Characteristic to the early Baroque of the period of Vasas, the façade of the church is based on the composition of Il Gesù and other examples of early Baroque in Rome: two sections are as if connected with a volute motif, vertically divided by pilasters, supporting sectioned entablatures, finished with a massive triangular pediment at the top.

Near the volutes on the second section, we can see two niches, finished with a shell motif, which was quite popular in the Baroque period. The window in the middle has a curved, segmented and richly profiled cornice. The majority of architectural details, such as the pediment, the bottom of the cornices and the window frames are decorated with fine ornamental stripes. The church is enlivened with obelisks, marking the edges of both sections, which constitute a composition with two smaller ones, used to finish the two pairs of external pilasters, surrounding the portal. Internal pilasters support an intricate broken pediment. The church still features a lot of its authentic interior – the cosy space of the sanctuary is decorated with eighteen ornate altars and a pulpit.

The building of the monastery rose a little earlier than the church, presumably, in the second decade of the 17th century. As it was customary to the times, the building, like the novitiate building built approximately at the same time, features utilitarian architecture without more prominent features of the style, but has adapted to the position of the street and the plot – namely the street wing has changed the least during the years. The only aspect that stands out is the two-section pediment, featuring a modest niche composition and fine volute motifs. 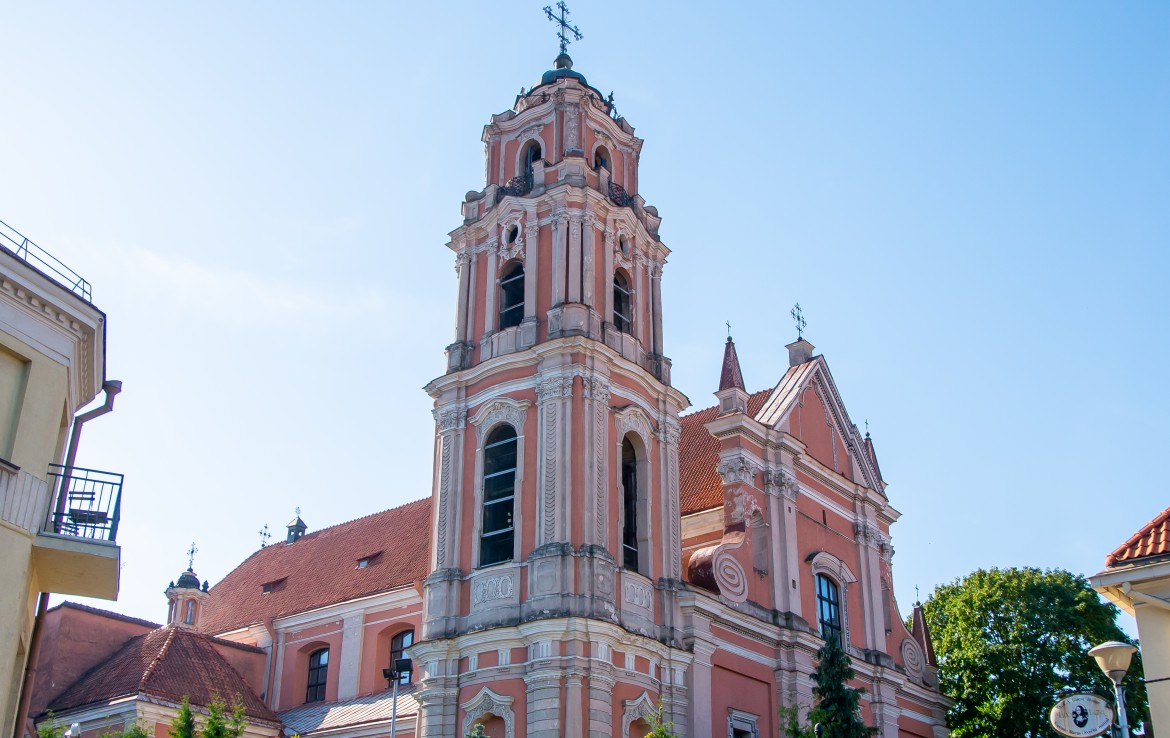 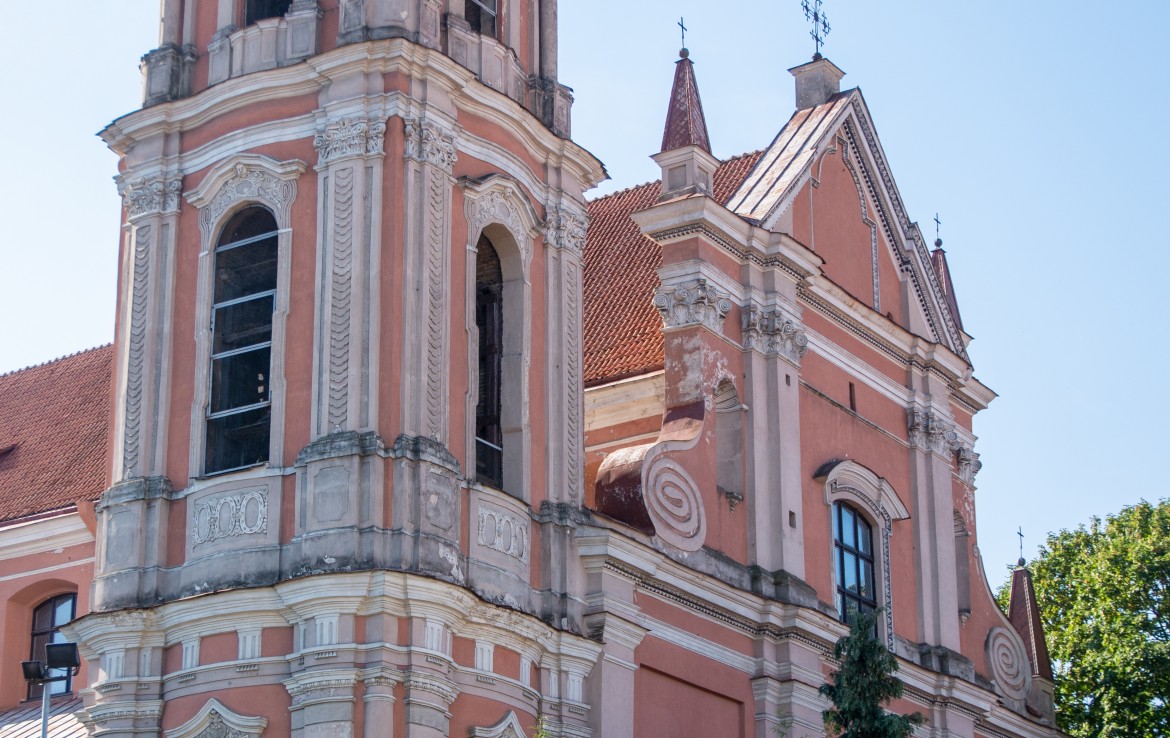 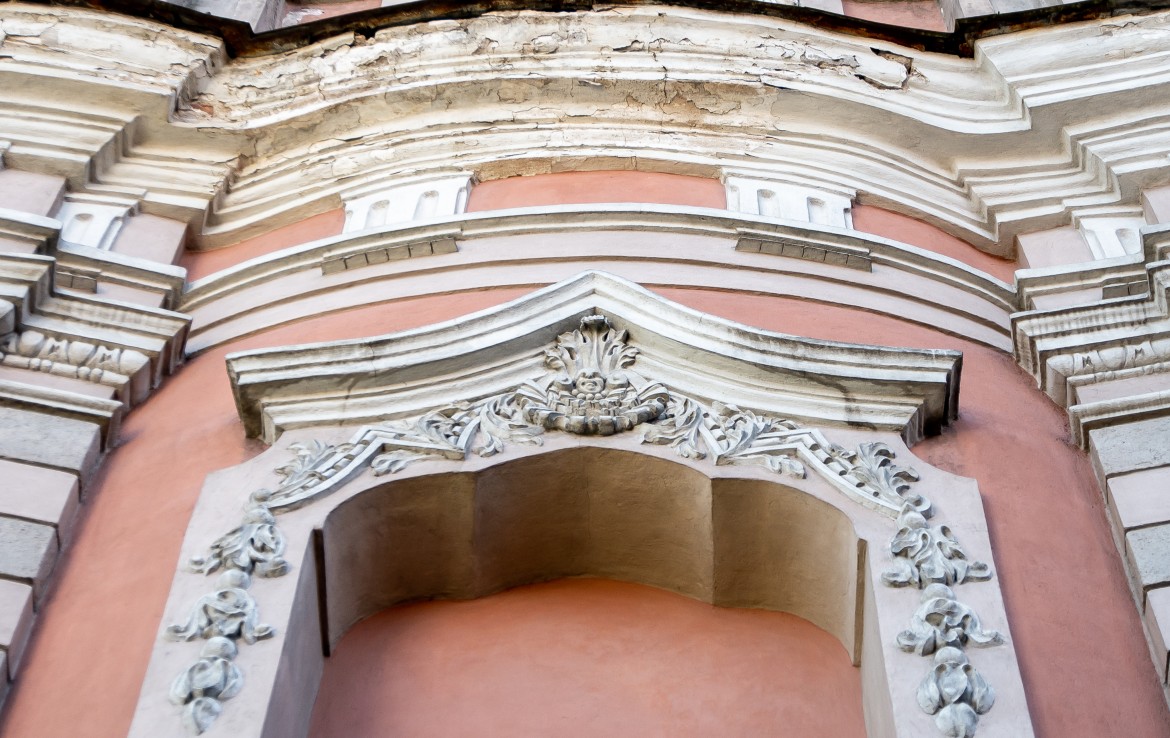 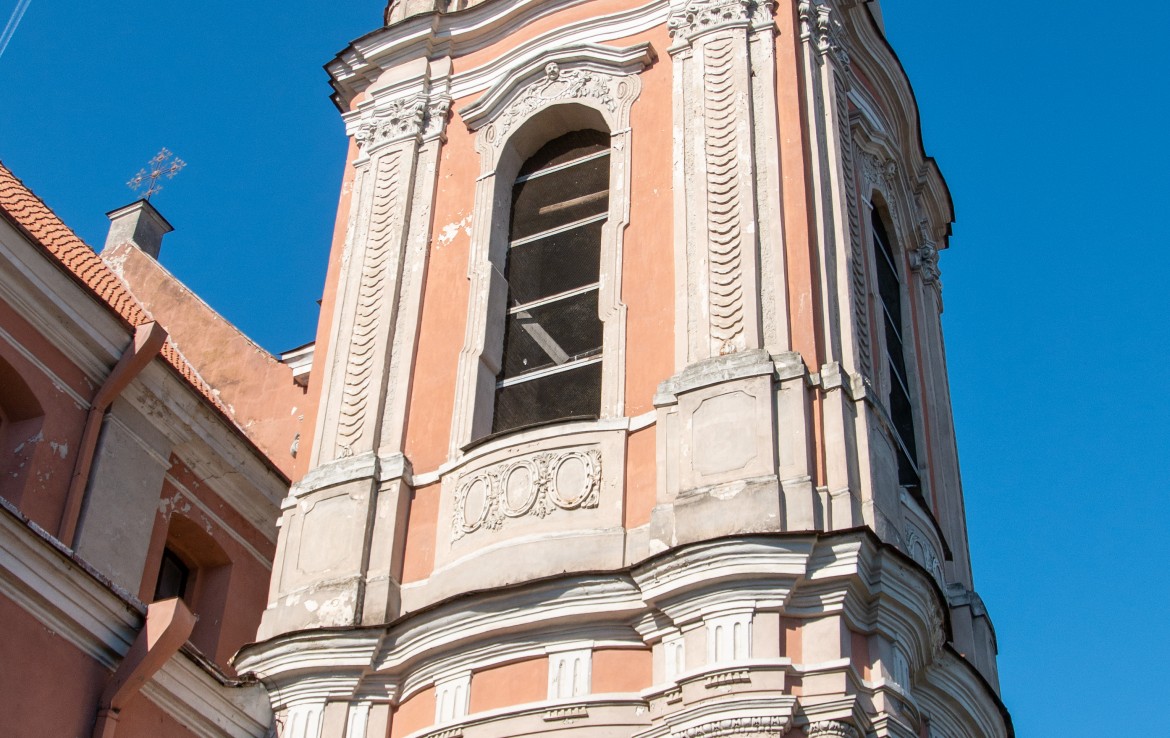 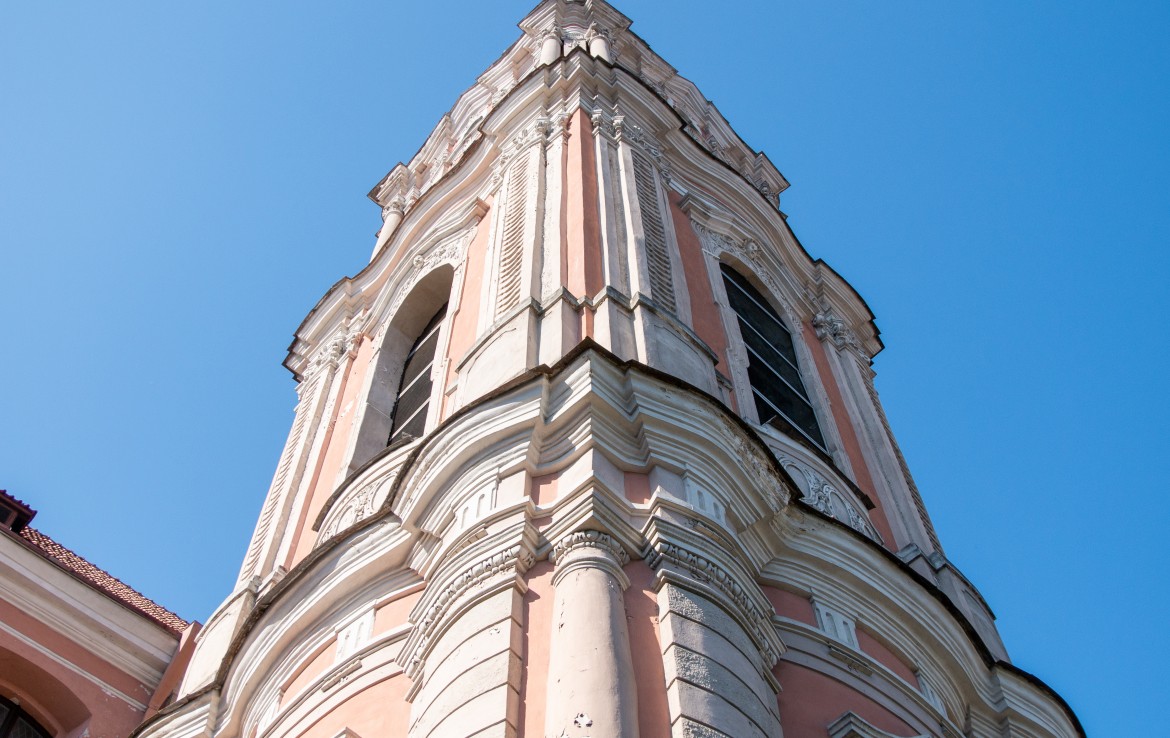 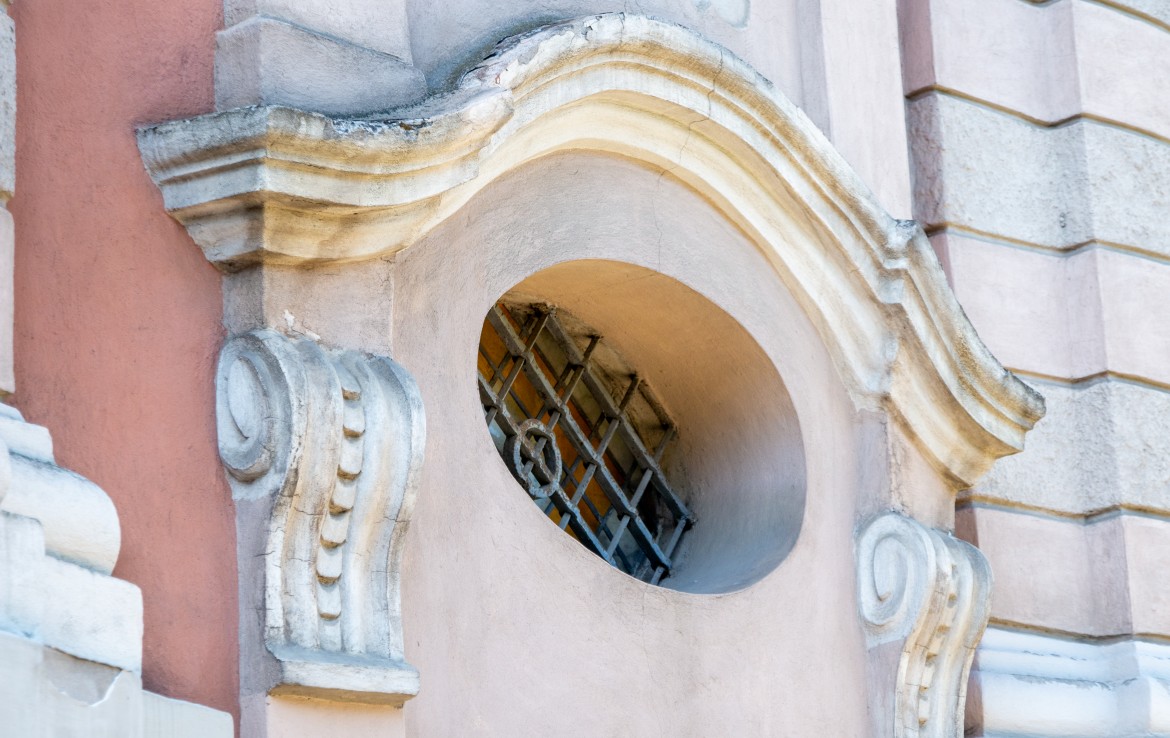 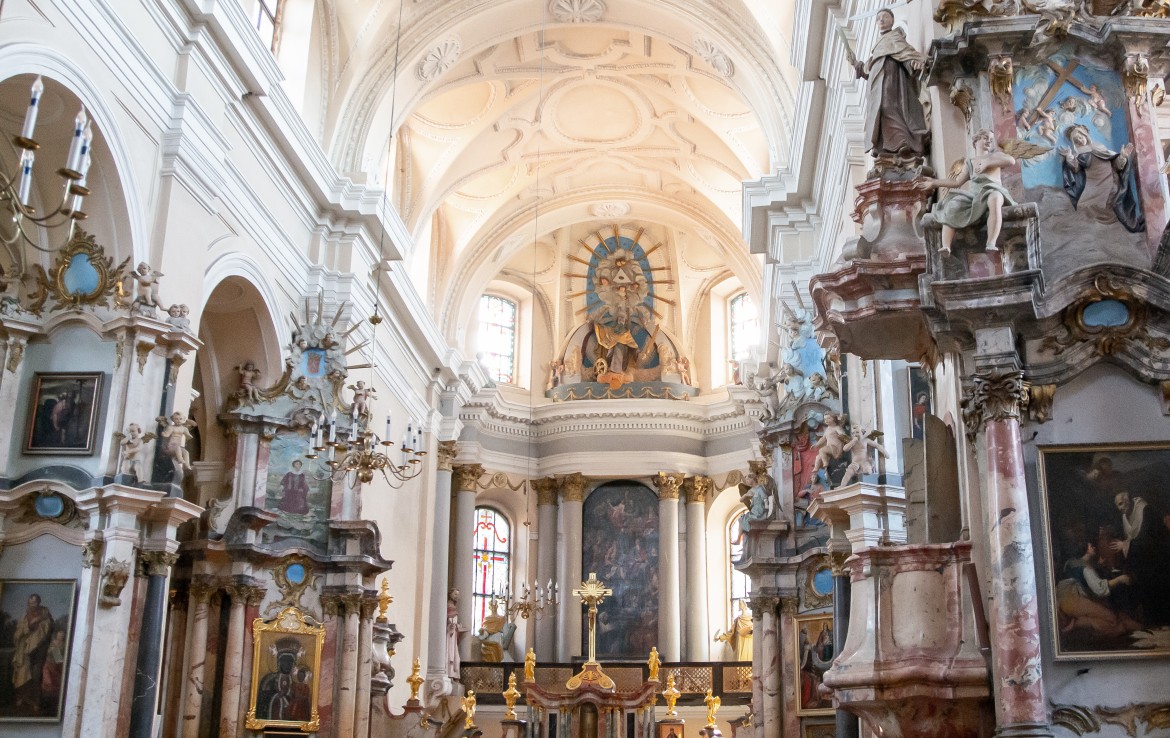 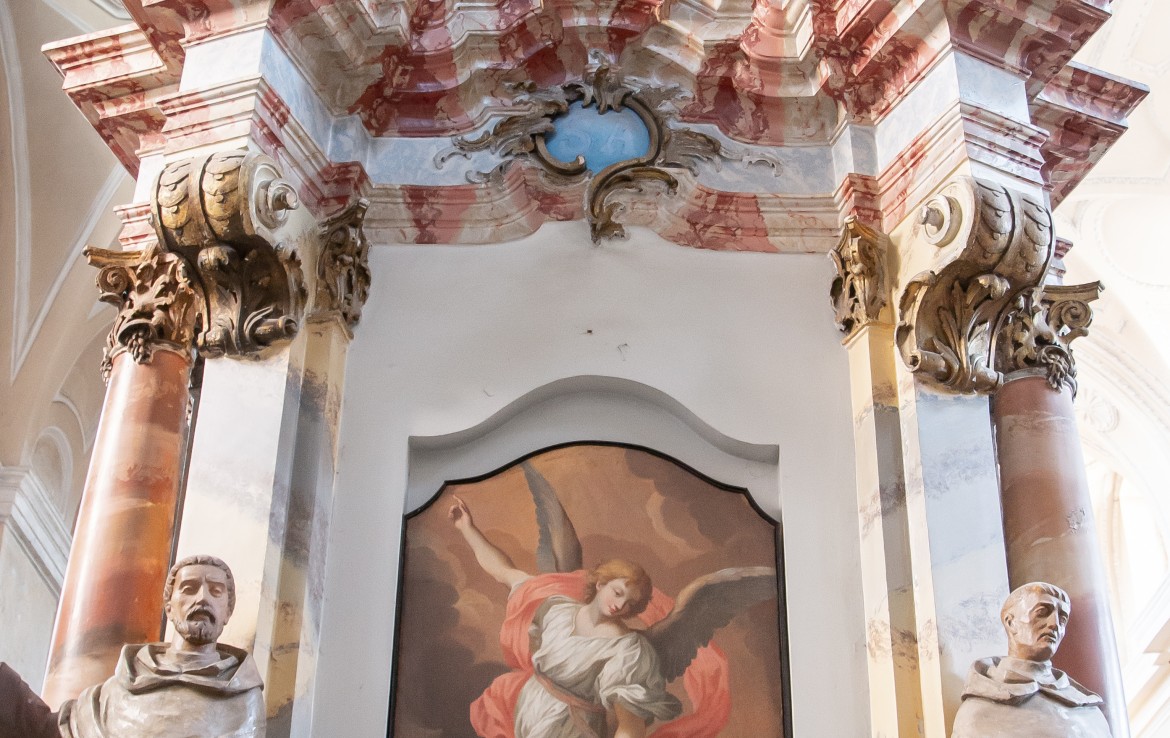 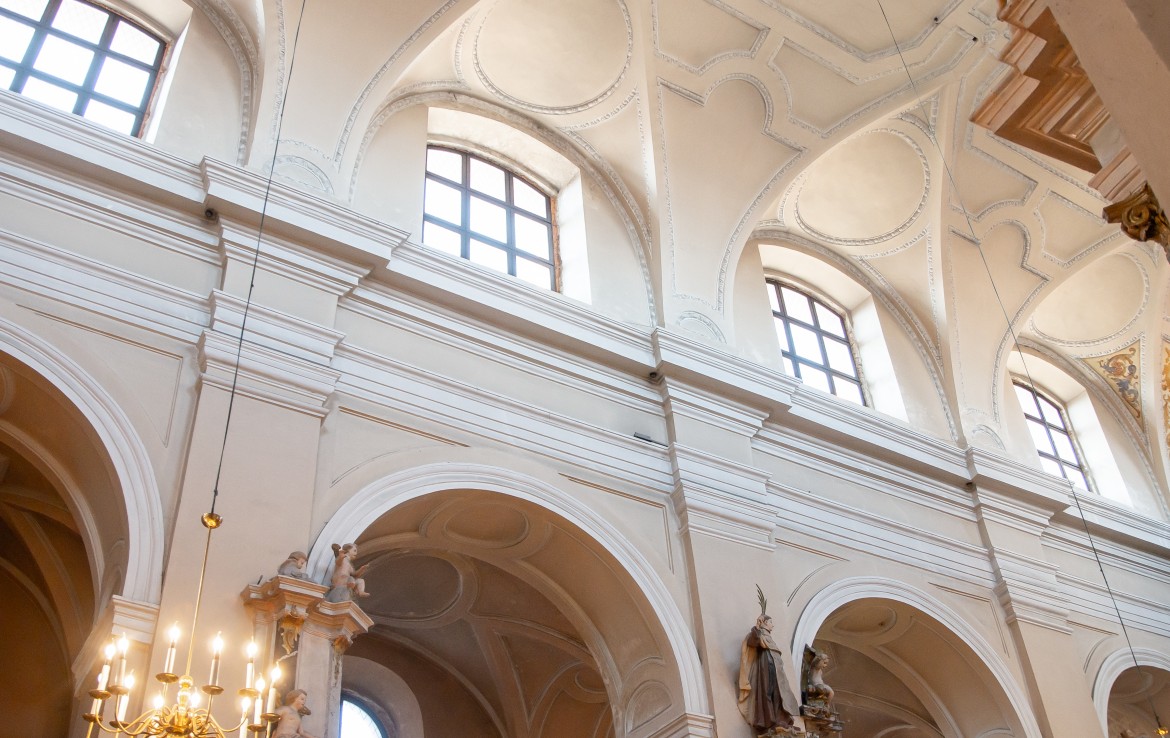 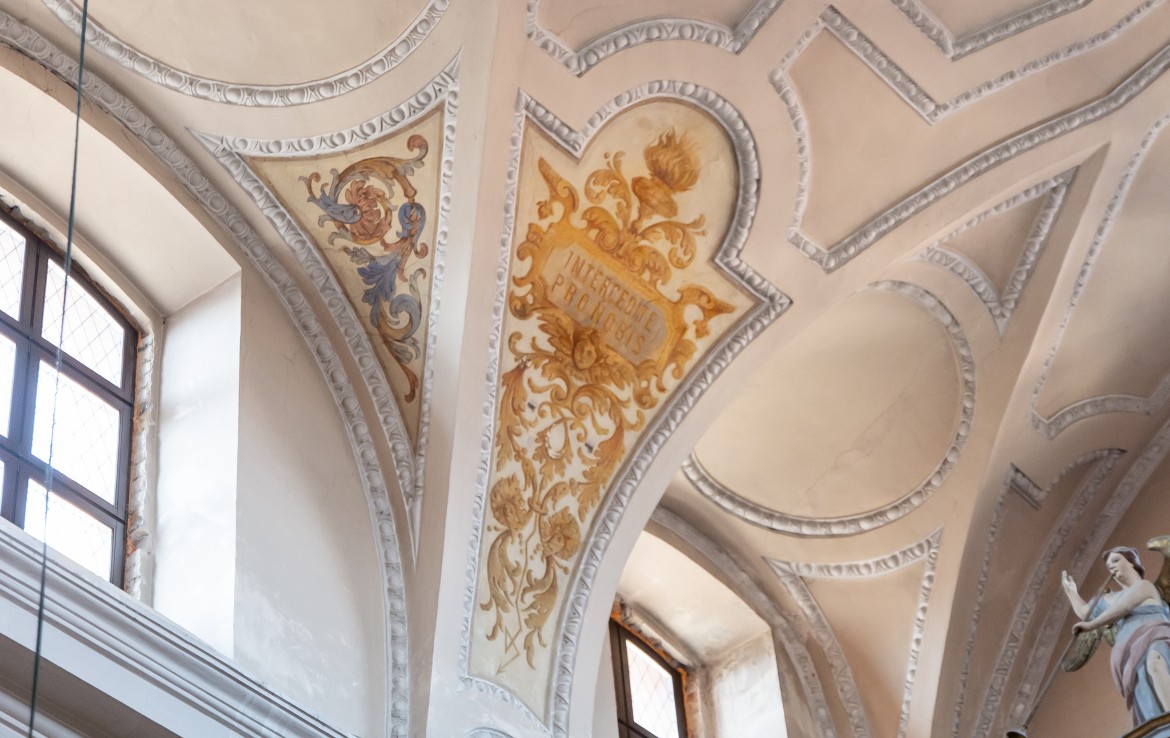 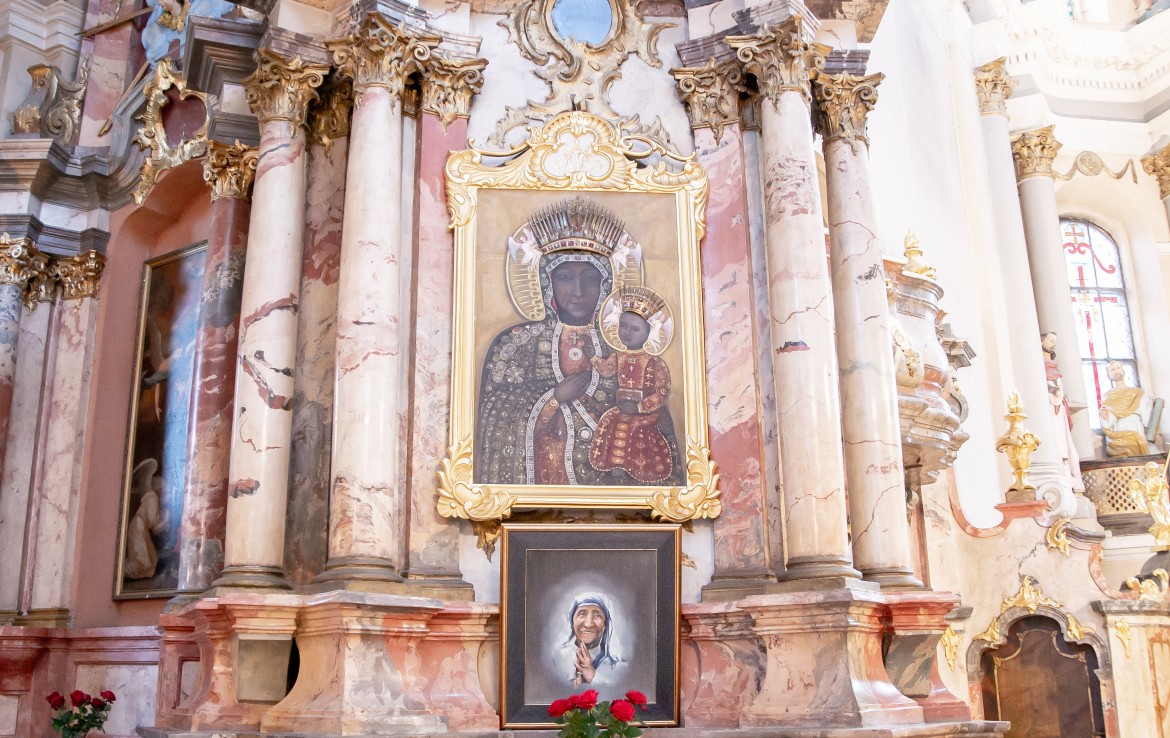 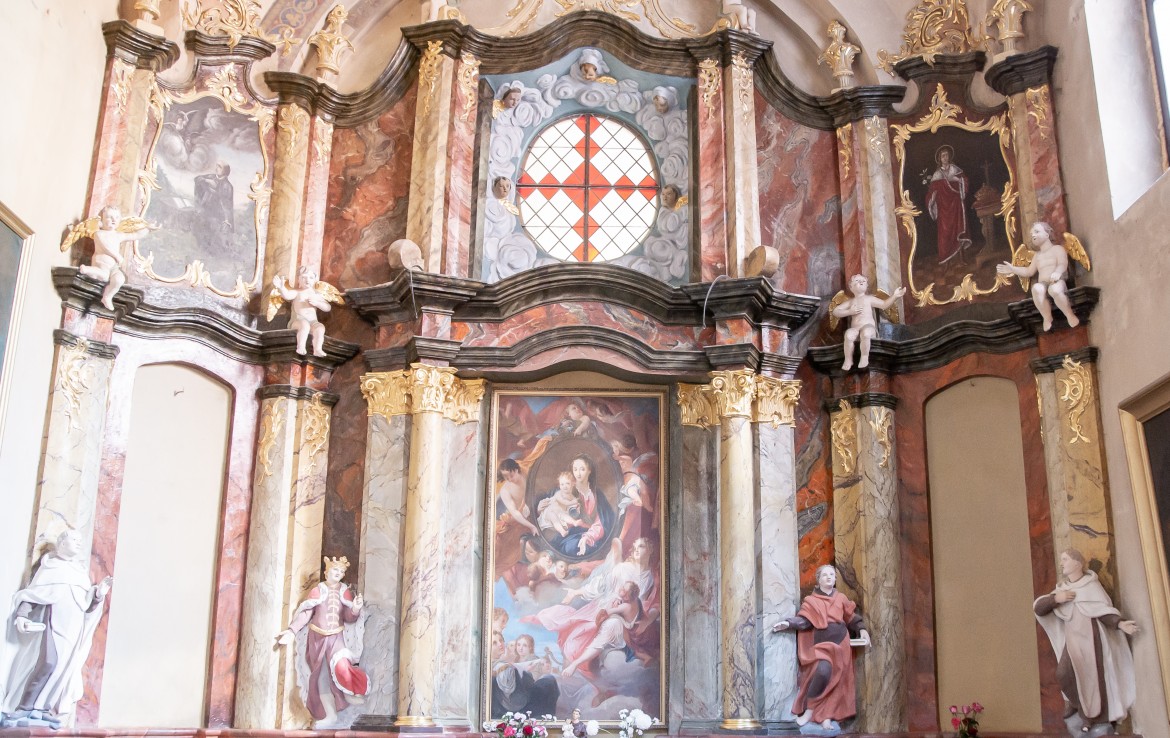 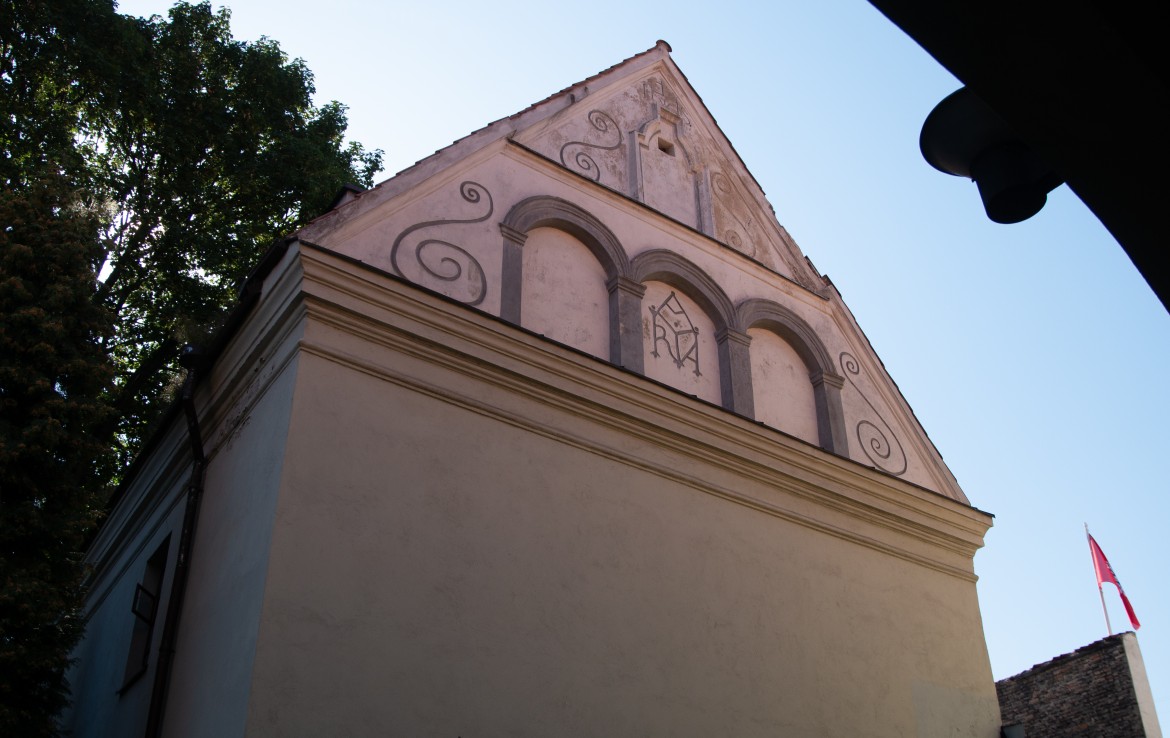 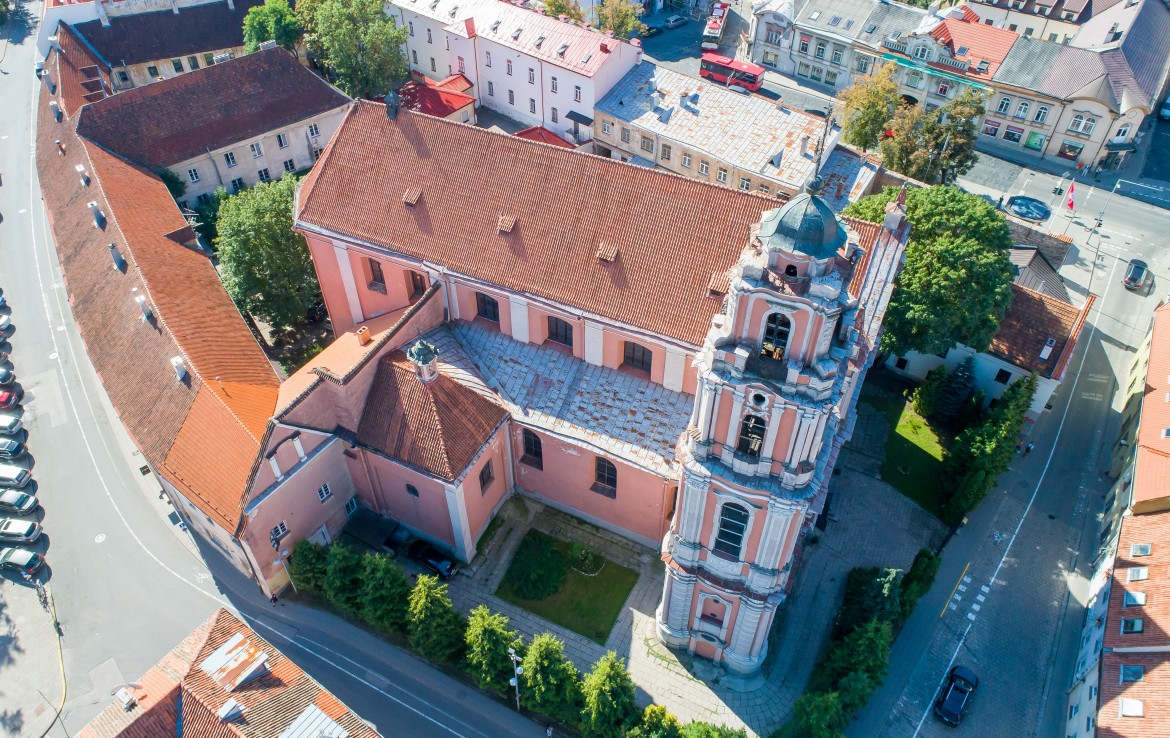 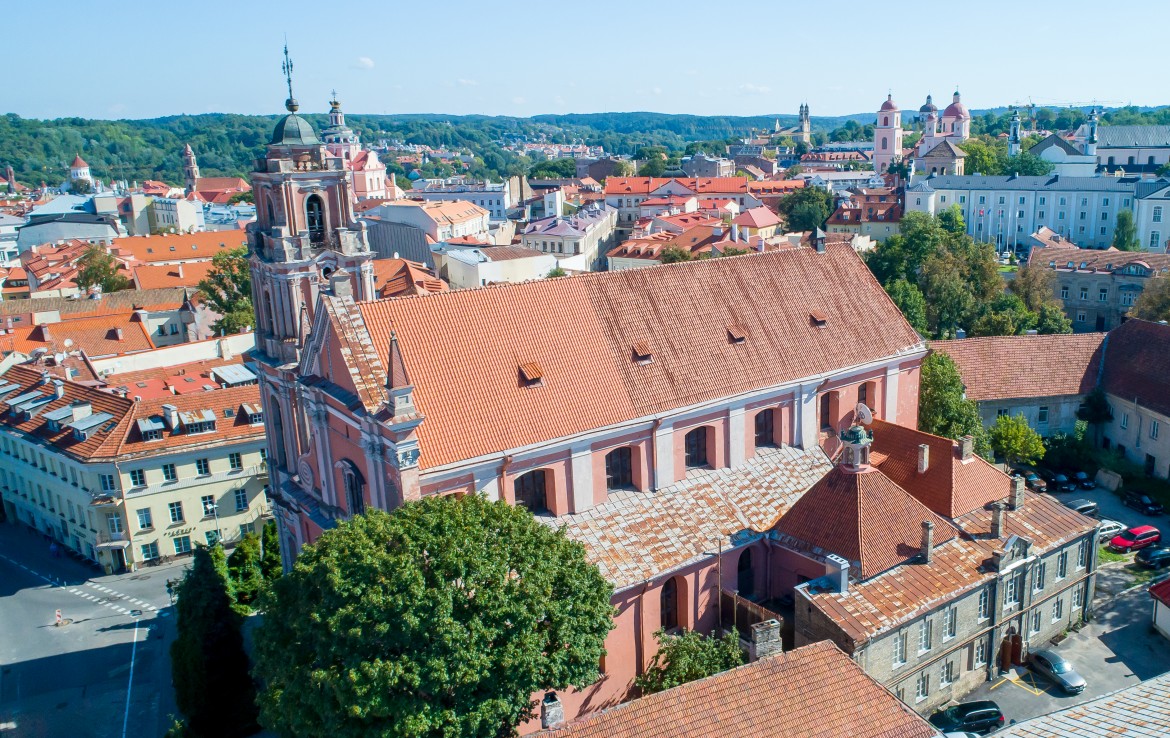 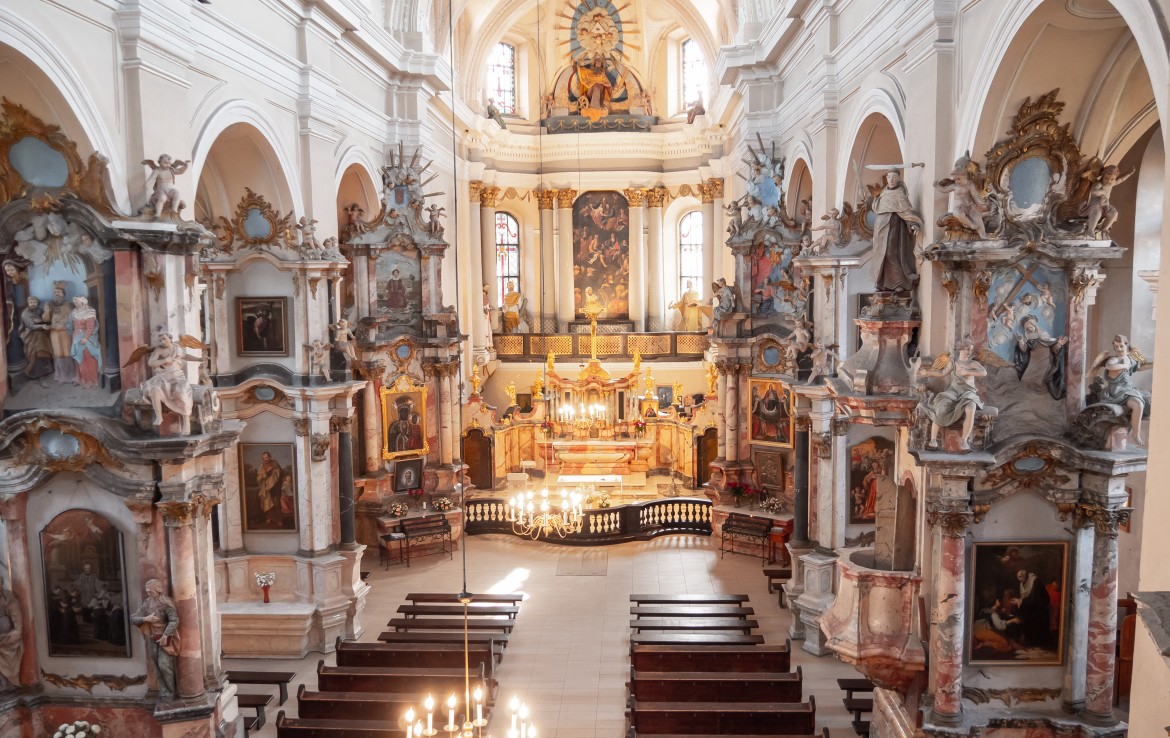 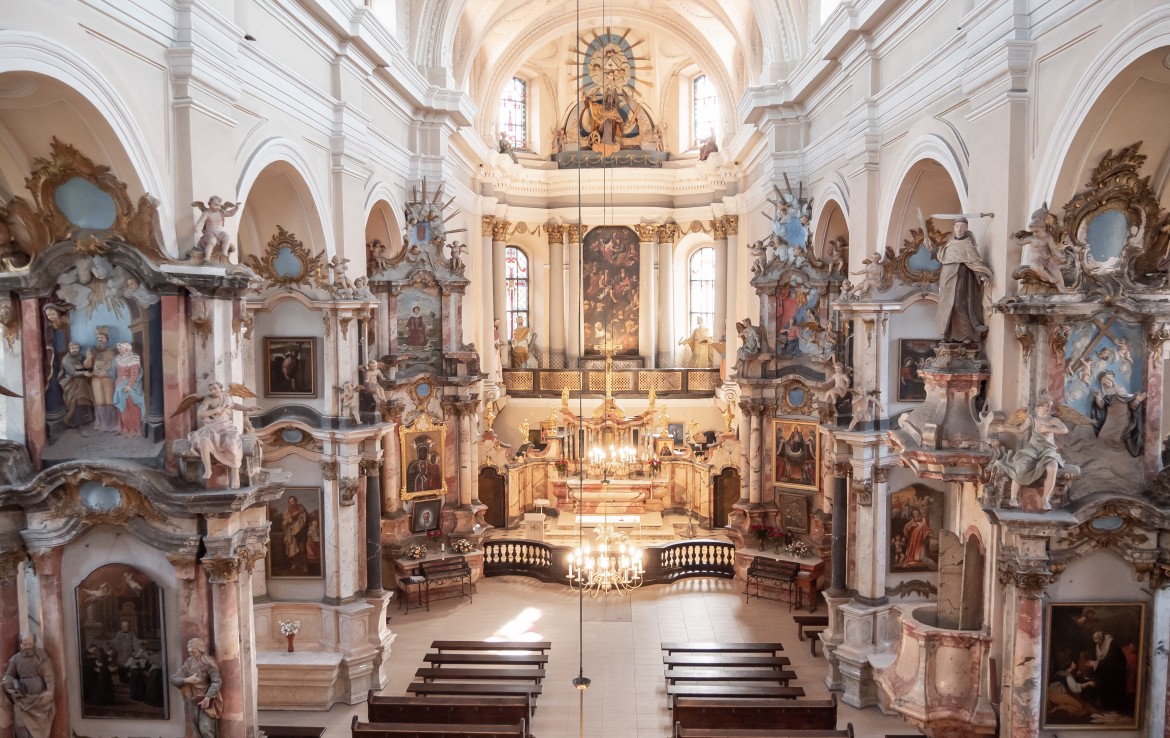