In 1862-1875, on the initiative of the noblemen Pliateriai, in the modest-sized settlement of Šateikiai a new brick church appeared. Although Neo-Gothic churches were abundant in Lithuania, still this one is exclusive because of its age: it was one of the first churches built in the style of Historicism with Gothic interpretation. Attention should be drawn to the fact, that this building was being built at the time, when erection of new Catholic churches was forbidden in the territory of Lithuania. Although exceptions were. Historians do not agree on the issue of authoring, mostly the project is assigned to the architect Tomas Tišeckis, more widely known for his buildings in the style of Romanticism. Craftsmen from Prussia and Curonian Governorate were hired for construction and equipping of the church.

The main accent of the building:  a slender five-tier tower, propped in the corners by buttresses of several steps, at the fourth tier evolving into pinnacles, supplementing the spire of the tower and joined with the tier by external, retaining half-arches. These half-arches harmoniously join the square part of the tower with the upper octagonal one to obtain a uniform composition. One can get into the church through the tower protruding from the main volume namely: on the bottom tier of it, a massive portal with recessing profiled trimmings is integrated with relief decor on the upper part and a rose-window above the door adding variety. The main volume of the church is expressed on the front facade by tall attic-type walls, with high small pediments integrated in the middle, as well as with corner buttresses rising above the height of the wall.

Transept facades are ended with stepped pediments, having pointed-arch niches integrated. The rear facade of the main volume ends on the top with attic-type walls reiterating the front facade solution and surrounding the matched pediment of pointed forms. The church of cross plan ends with the five-walled apse, adorned for variety by graceful four-step buttresses, appearing above its height. The fence and the great gate of the ensemble draw attention as well – one can see in the fence here the use of small, modest, pointed arches, which are seen in other places too. The middle part of the gate, supplementing the architectural solution of the church, is expressive: it is accentuated by two-tier poles, having small stylized niches in the second tier, as well as dentils in the midline between the tiers. 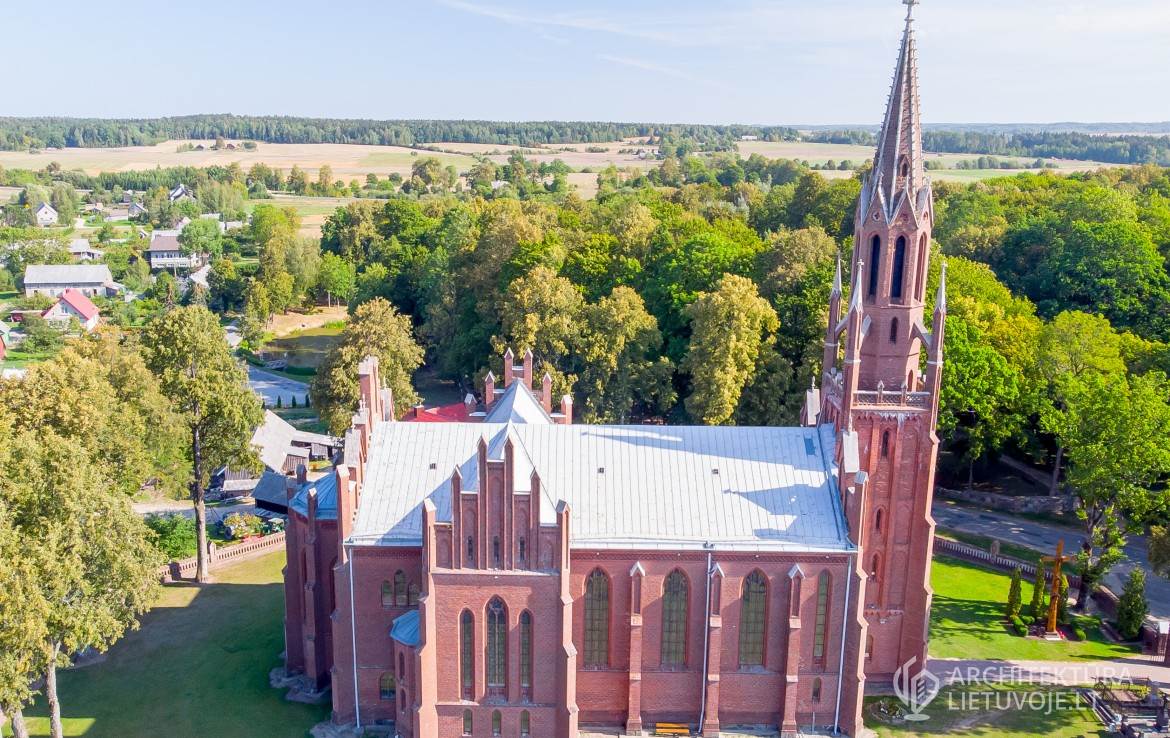 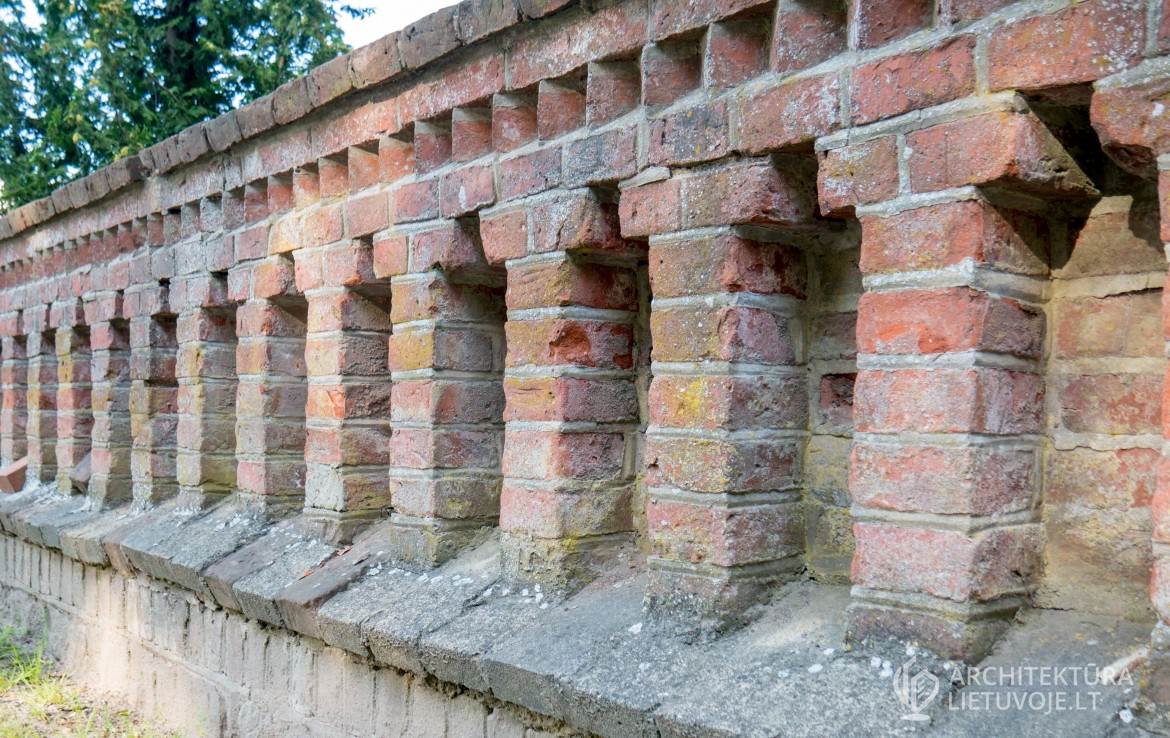 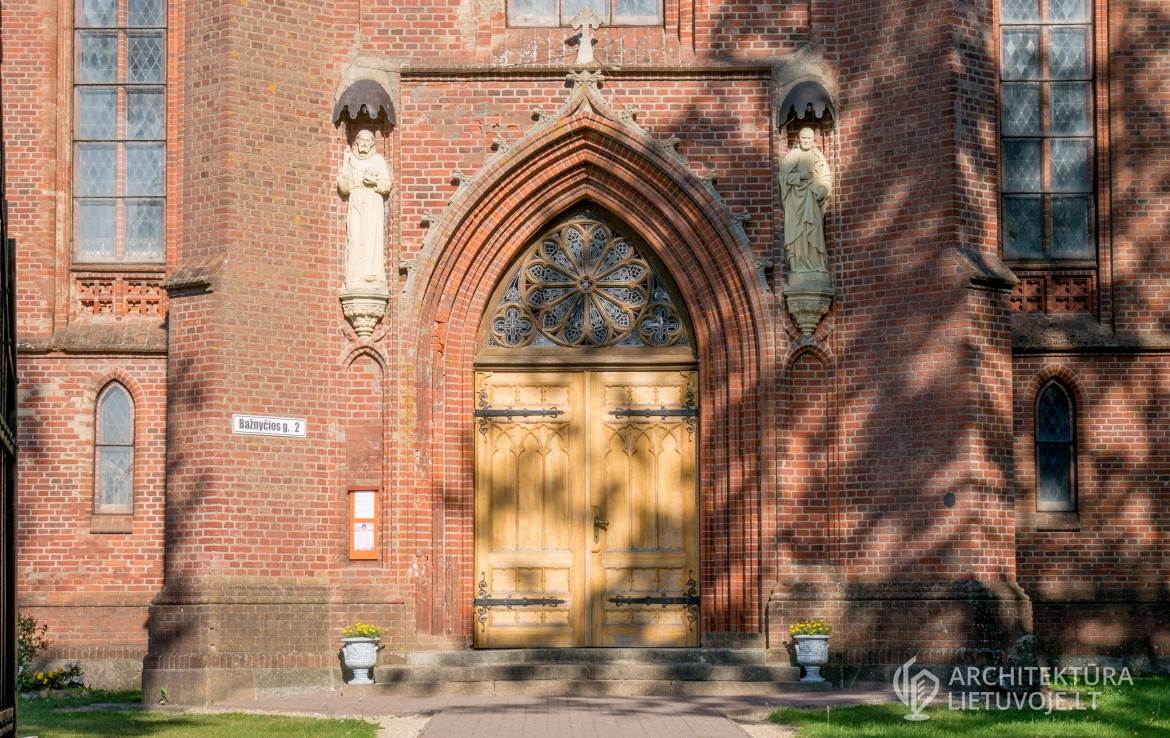 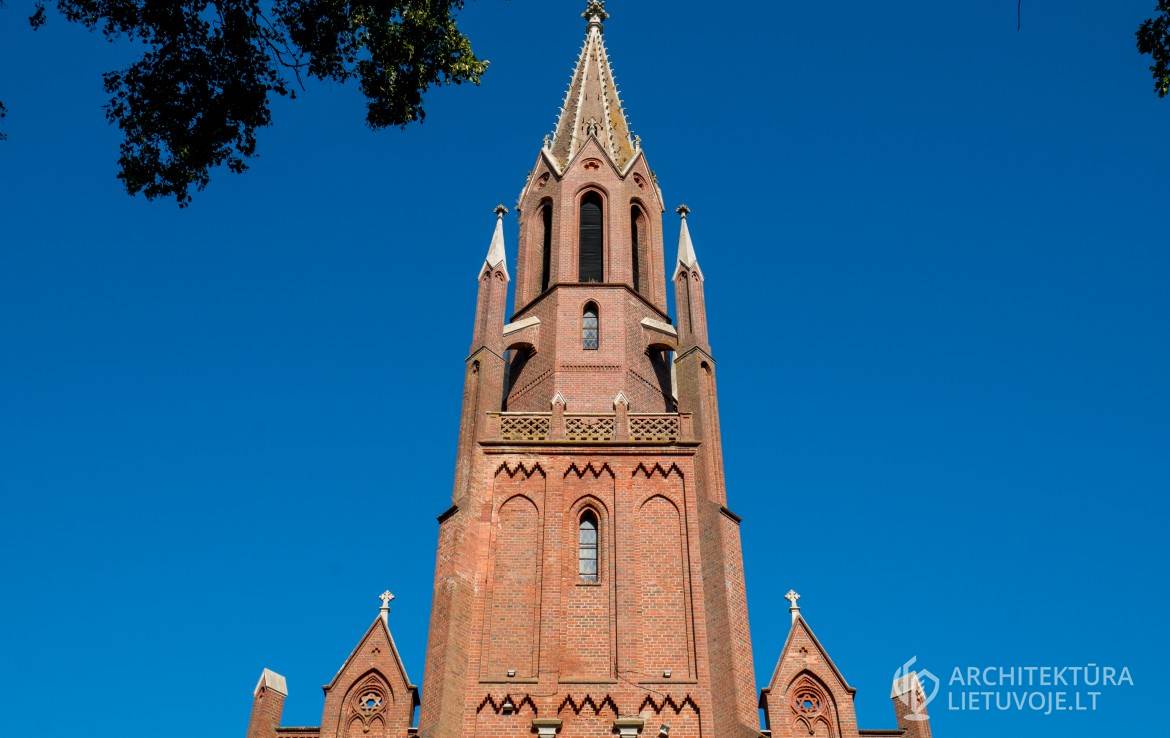 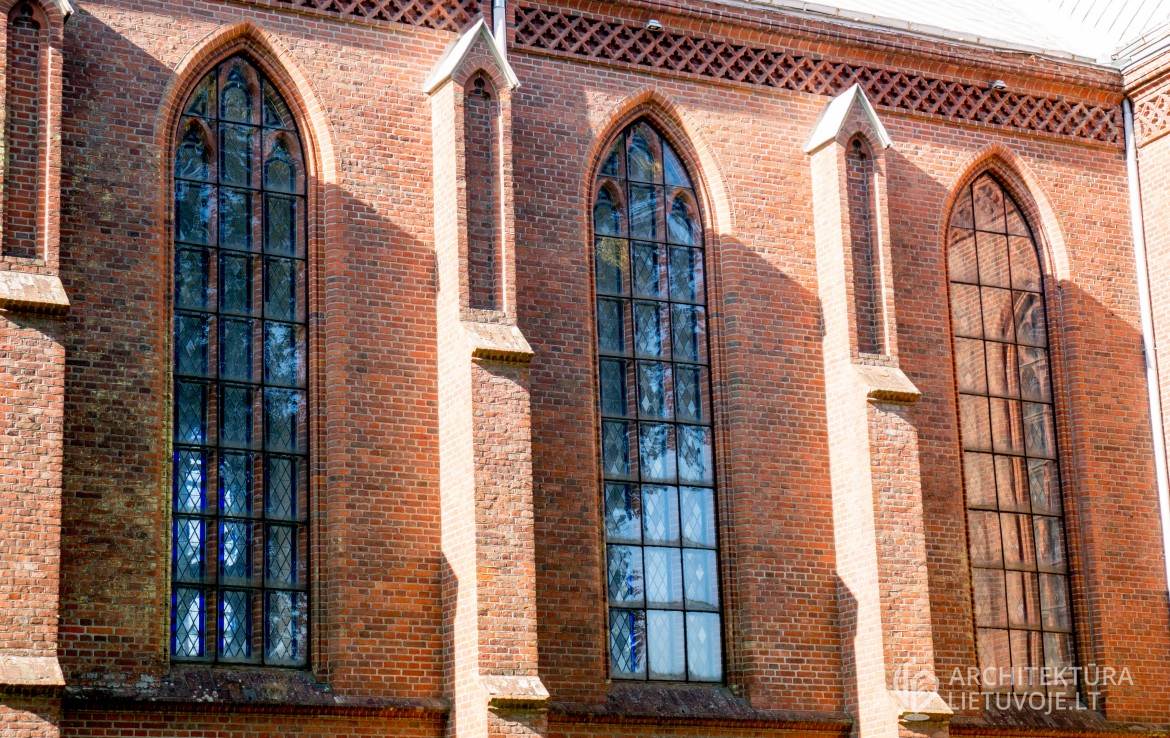 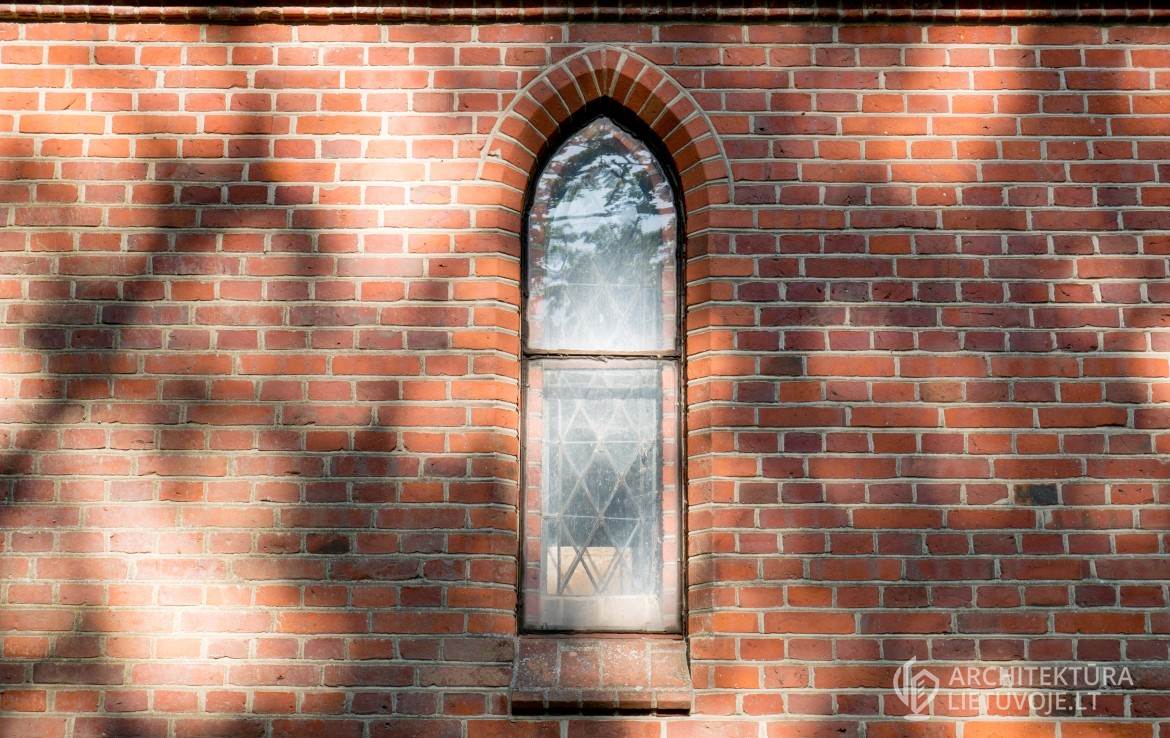 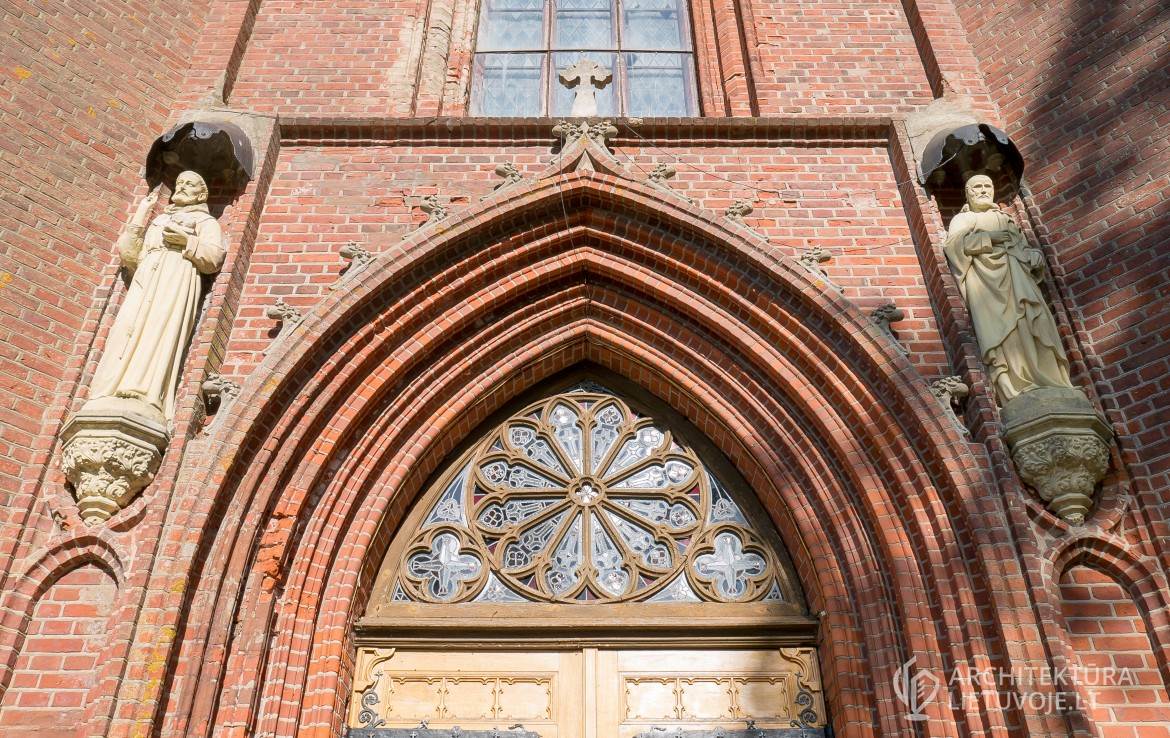 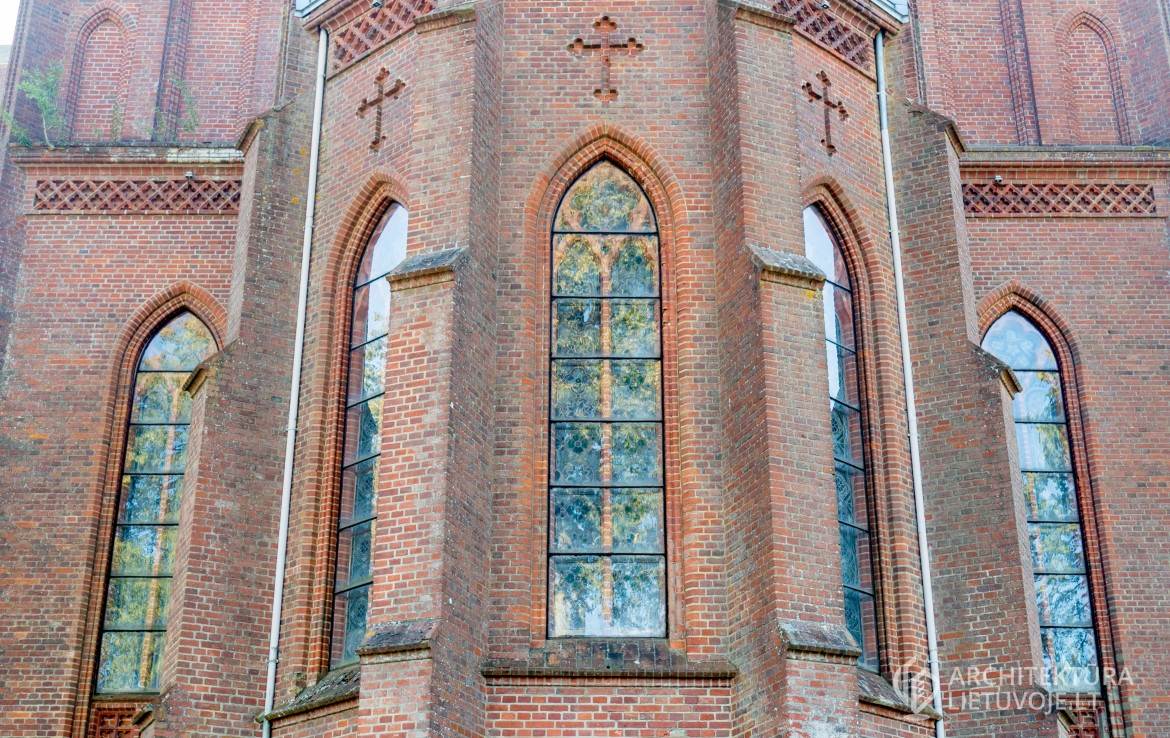 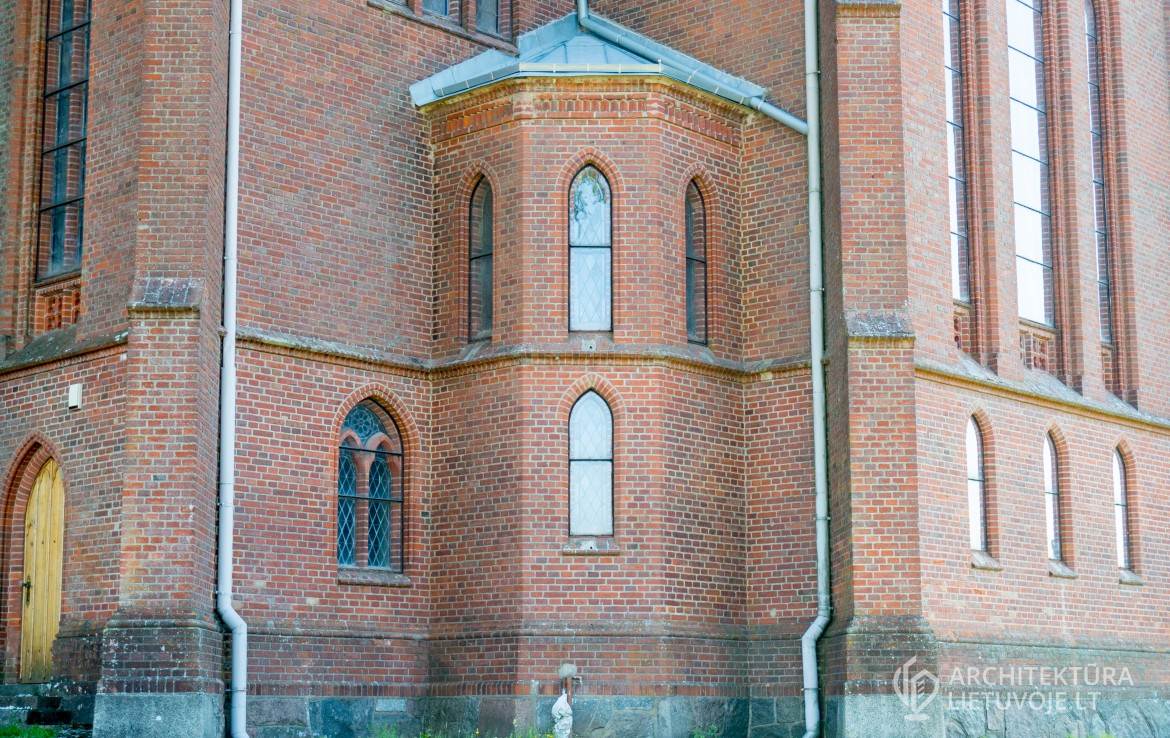 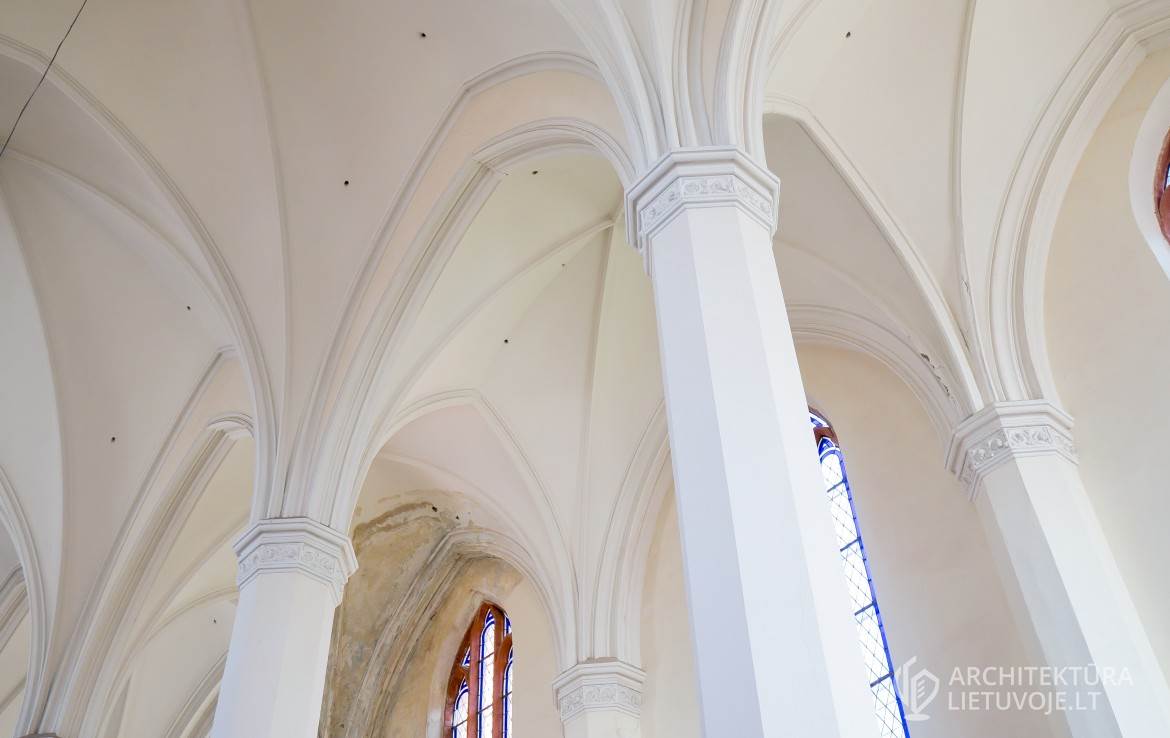 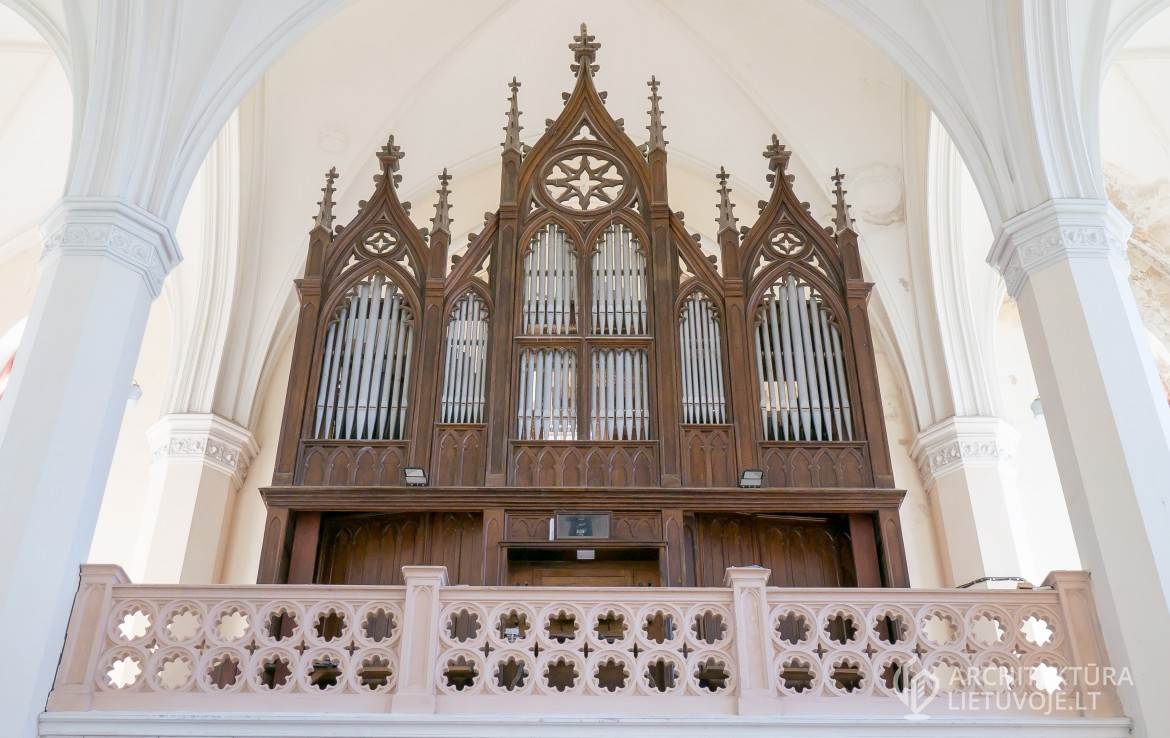 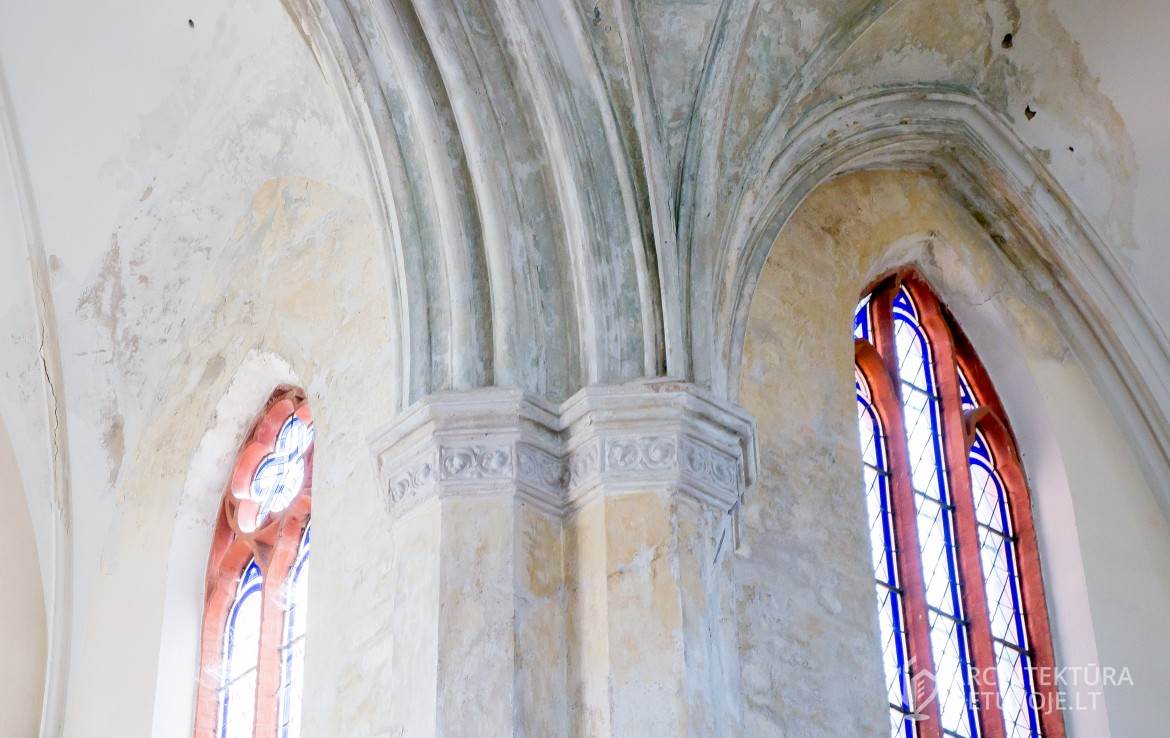 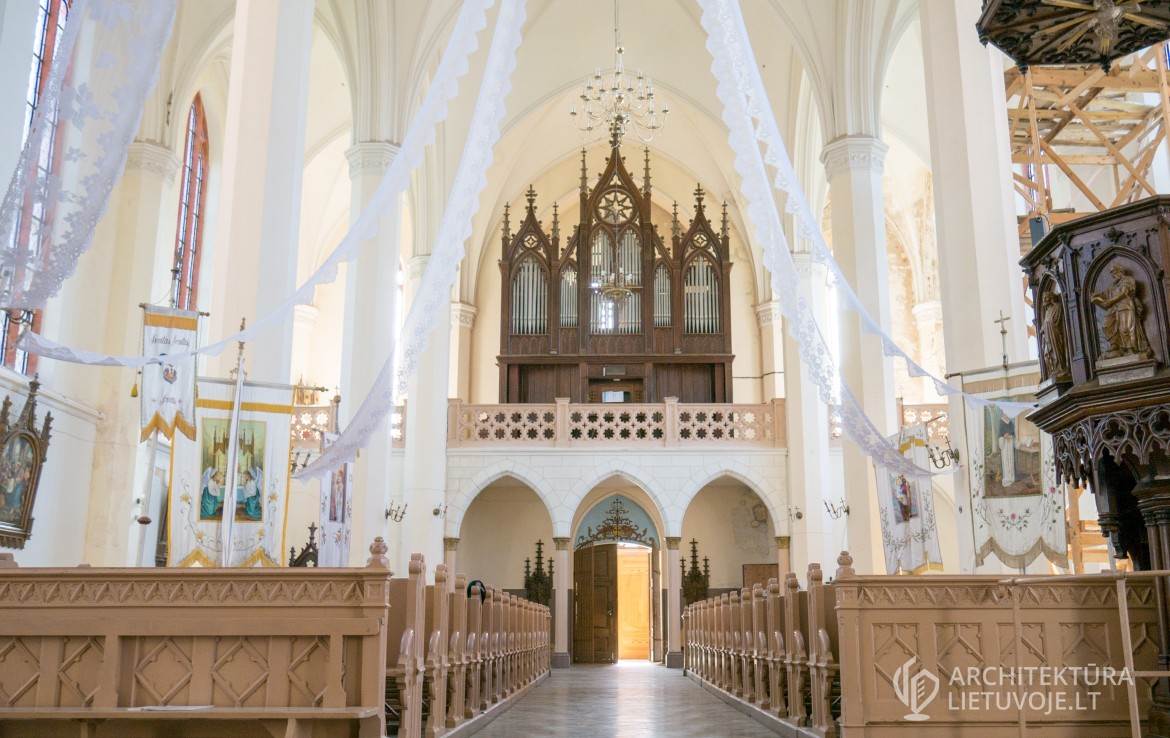 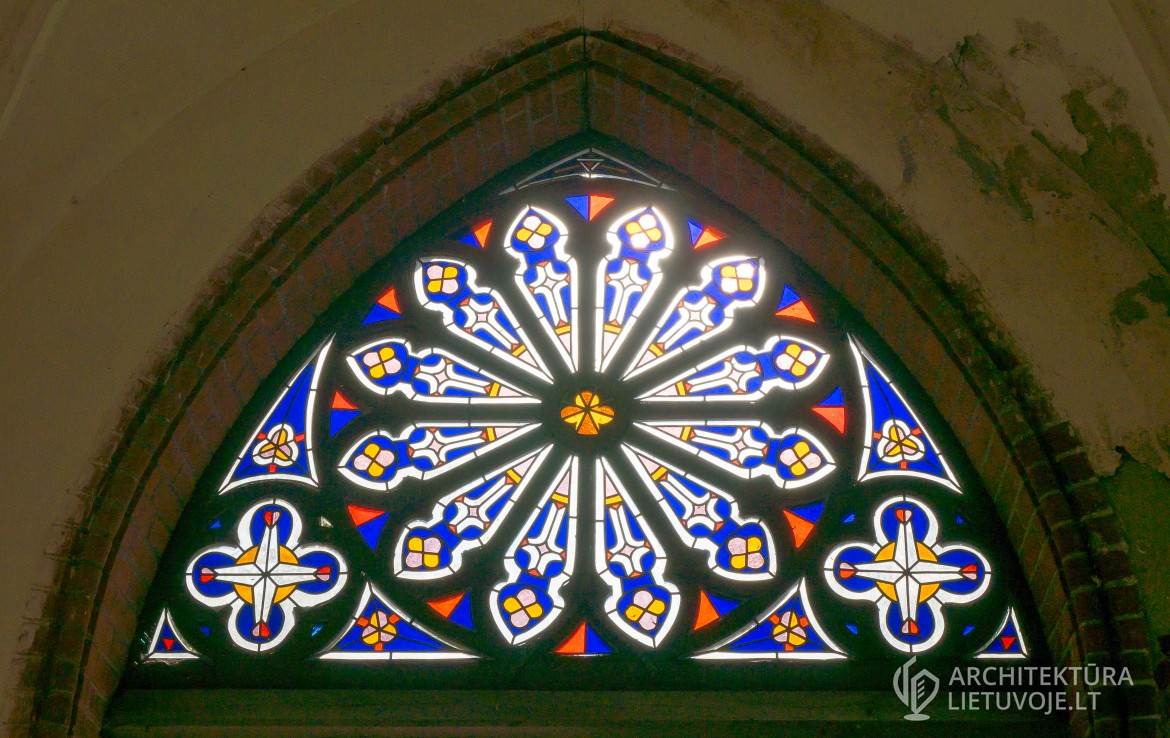 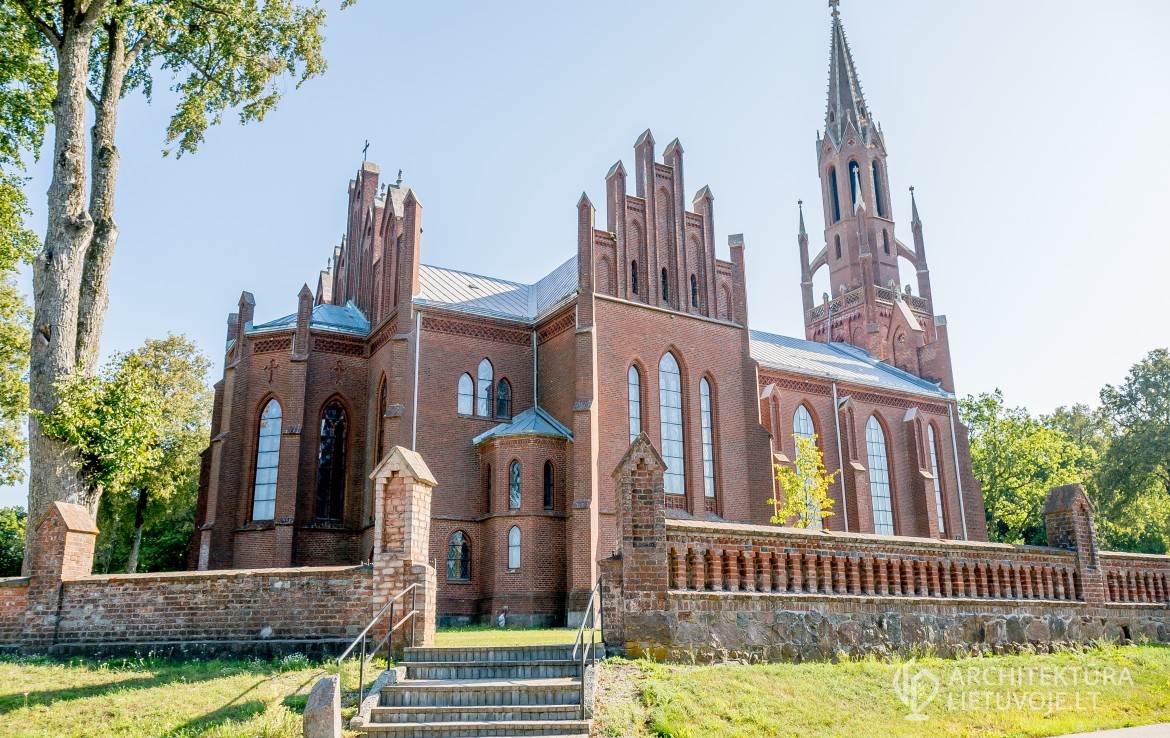 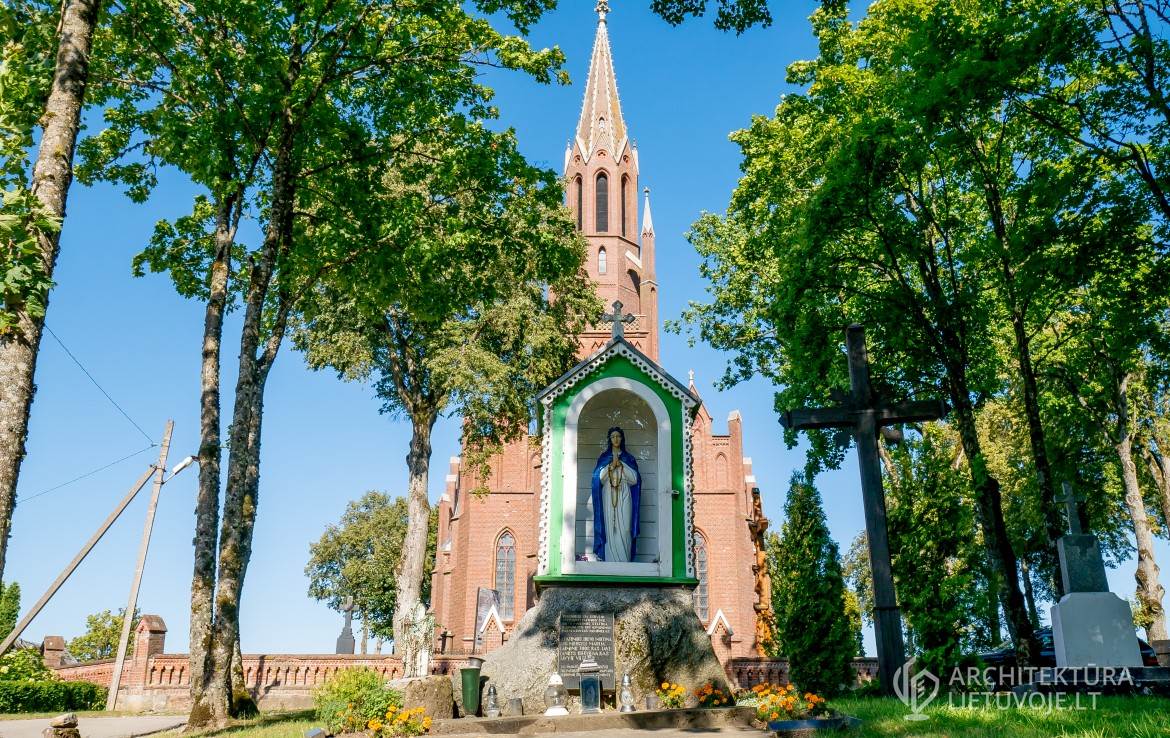 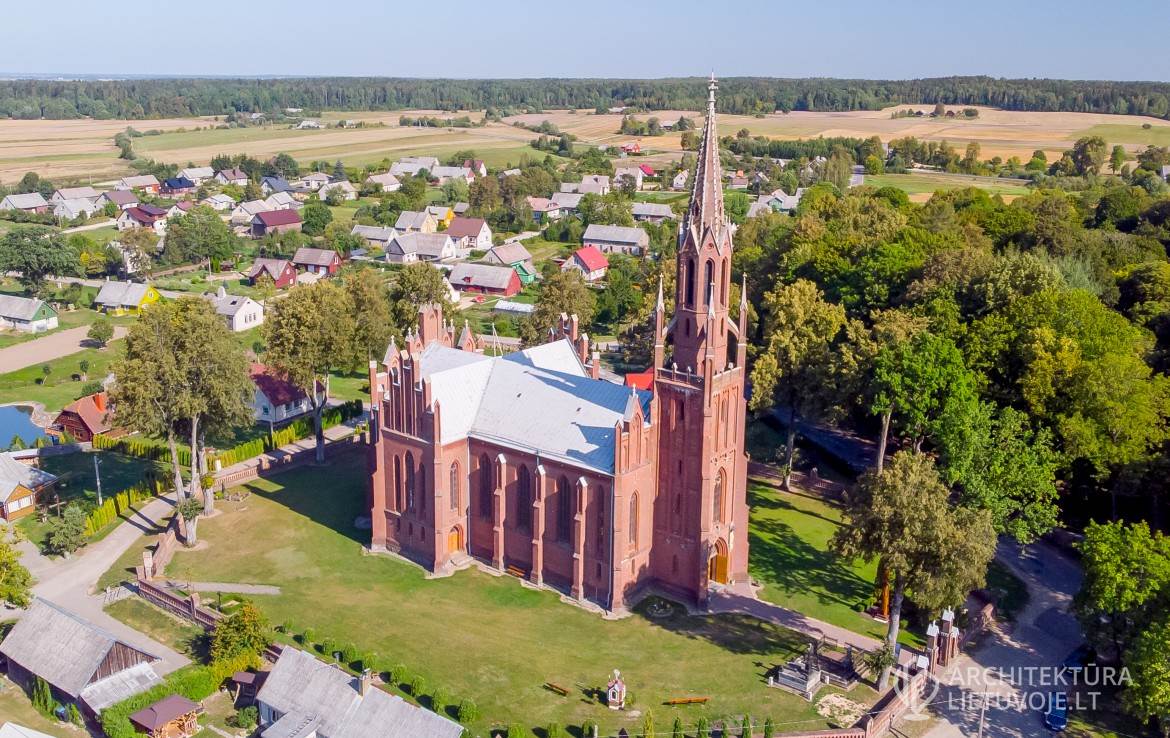