Rykantai Church of the Holy Trinity

Located between the two modern highways – at the most important road of the country and one of the most heavily used rail links, on a small hill, stands a moderate Rykantai Church. Just like many buildings of the ancient cult, the sanctum has at least a few stylistic features. Though there are quite a few Gothic elements, however, this sanctum is important as a rare example of the Renaissance style in the context of the sacral Lithuanian buildings. Just as a majority of the country’s Renaissance sanctums, the Rykantai Church is related with the Reformation: Mikalojus Talvošas, the land manager of these lands of that time, built it for the Reformed Evangelic community in the 16th century. There is no unilateral opinion of when the church was converted into the Catholic worship: in the 17th century, the outskirts of Rykantai went to the Ogiński family, who reconstructed it. In the seventeenth or eighteen century Catholics have already settled there.

The building is considered as one of the first three-nave hall churches in Lithuania without a tower. The structure of the rectangular building plan is Gothic. It is reflected by the bulky buttresses and the pointed arched windows in the deepened semi-circular niches. However, the most distinctive elements here are the later-style elements – especially the two-section pediment of strict form. Separated by a bulky cornice, the bottom part of the pediment is split by the symmetrically placed rounded niches. The two-section pilasters support the cornice with the upper part of the impediment, which is split by rectangular niches crowned with a triangular upper part. In the niche of the large bottom section a mural portraying St. George dating back to the Catholic period.

The three naves of the building are split with two rows of columns, supporting the structures of the cross vaults. The presbytery is completed with a fairly typical triple apse, however, here we can see a feature, which is alien to the churches of the Renaissance, that the presbytery covers the width of the whole three naves. The symmetry of the building is broken by the sacristy, which was added from the east side. During the interwar period, Baroque murals, dating back to the 17th century, belonging to the master Jonas Janavičius, were discovered. Several scenes, depicting the 14 Stations of the Cross and the 15th – the Deposition of Christ are placed throughout the area of the church. Nine Dominican saints are portrayed on the edge of the organ choir above the entrance and at the presbytery – two portraits of the Ogiński. A moderate wooden belfry was built next to the church in the 19th century. 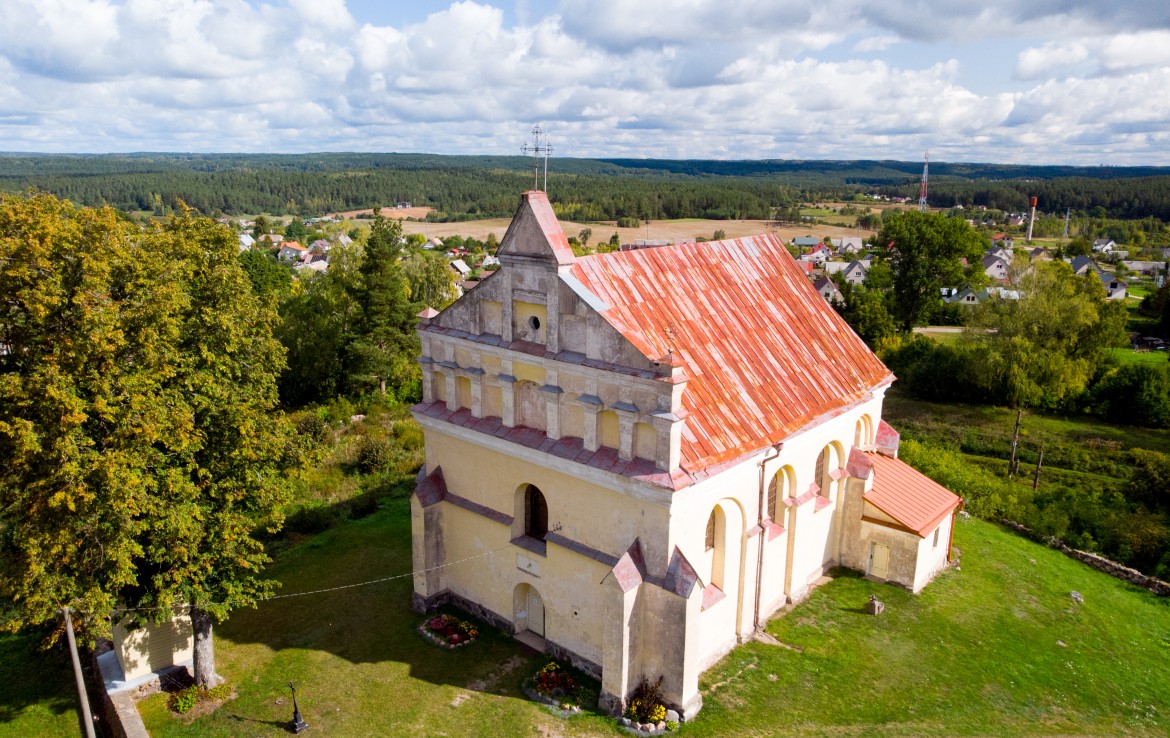 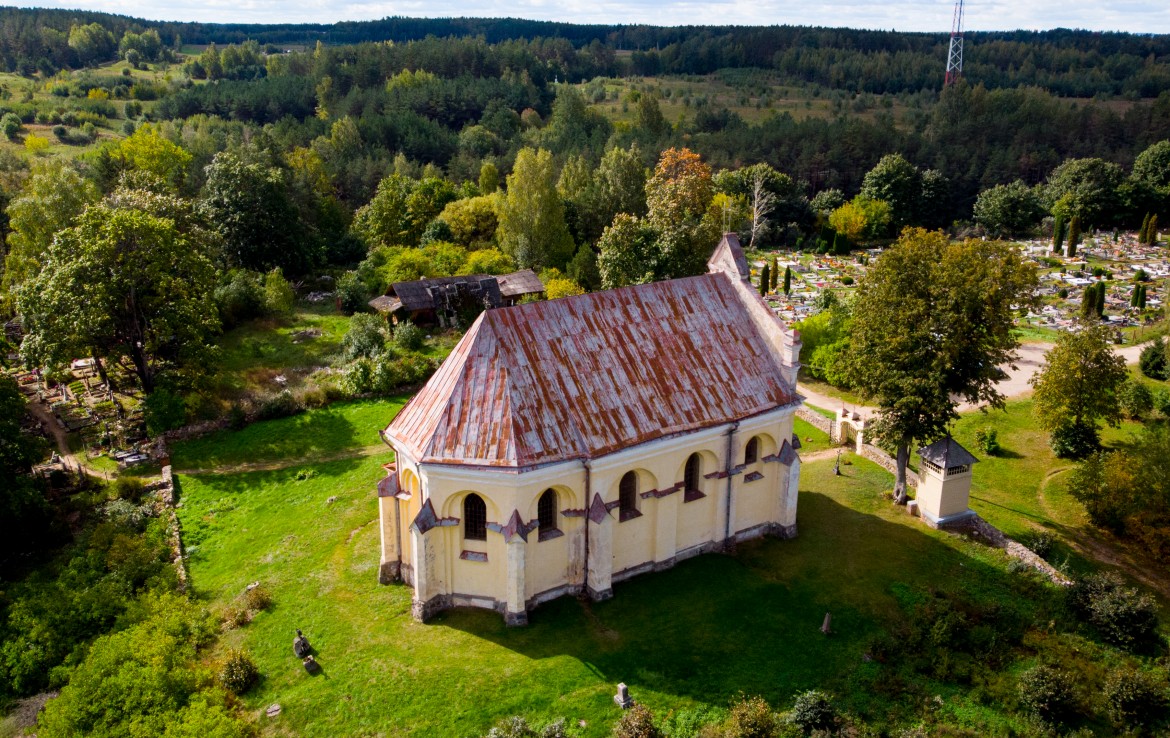 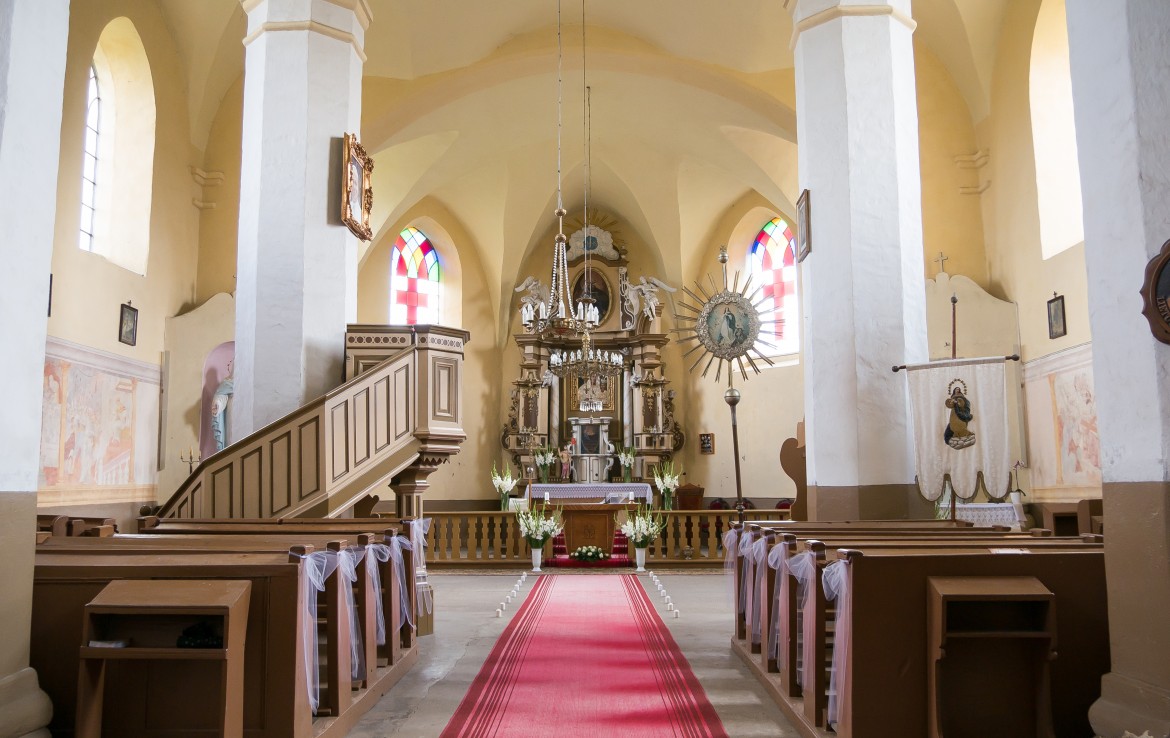 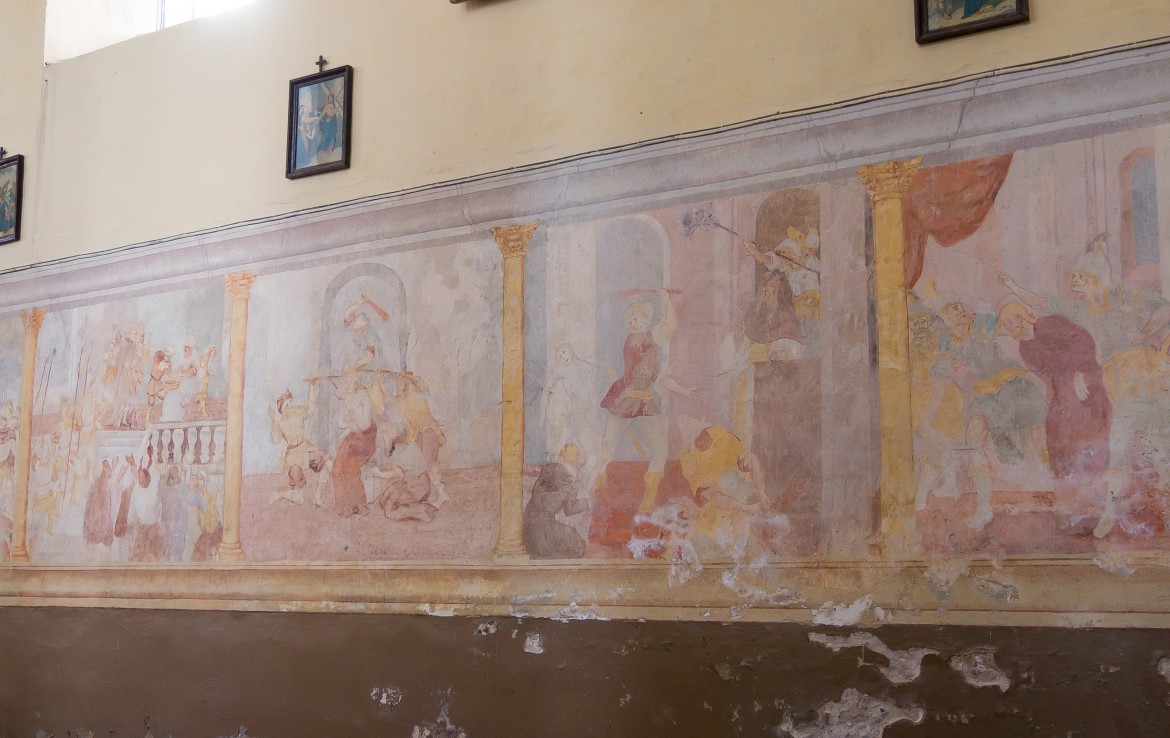 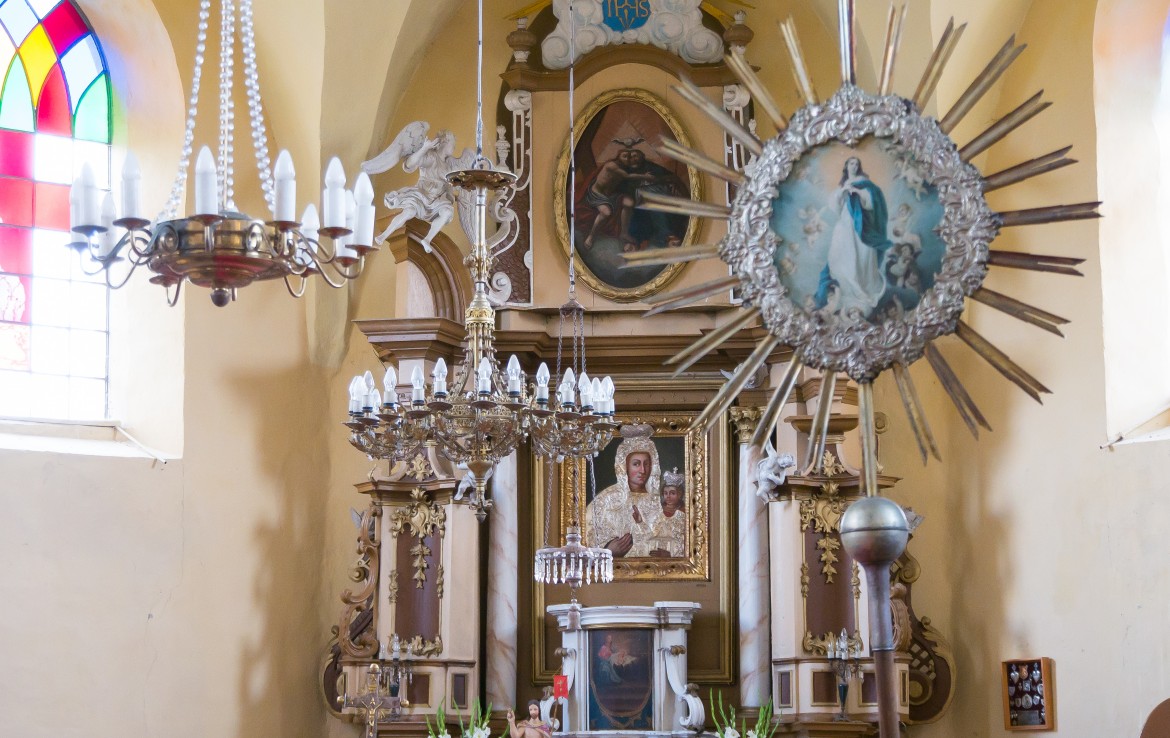 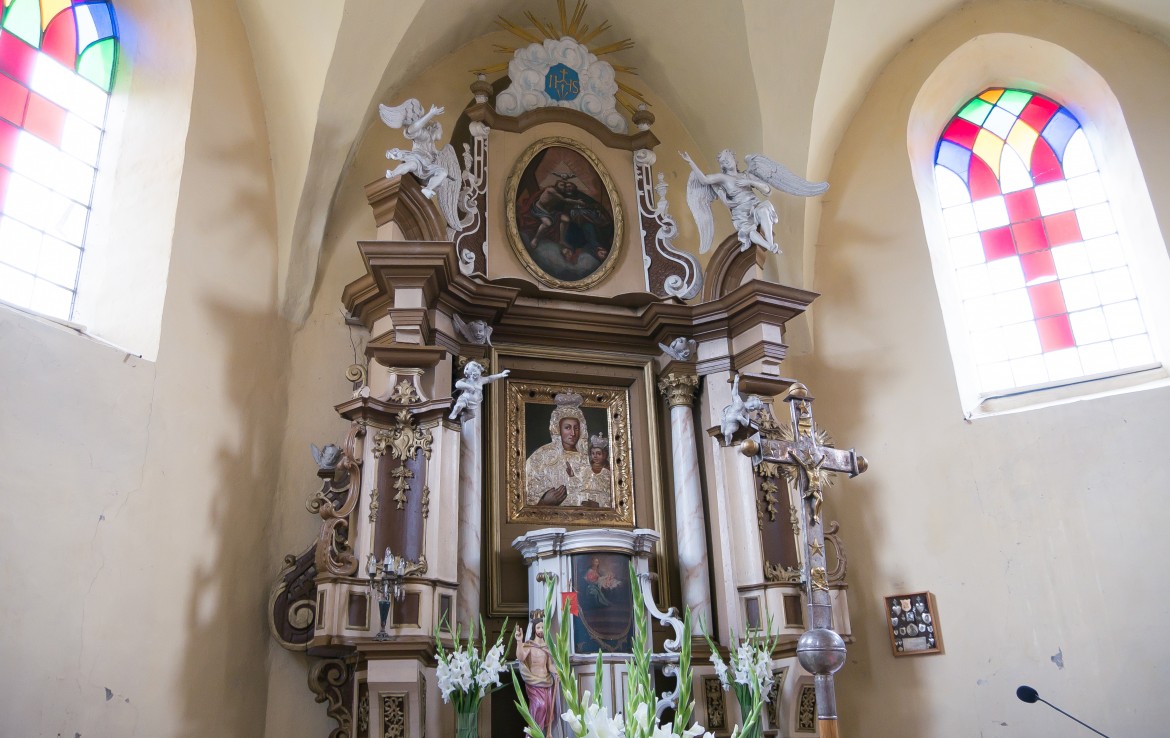 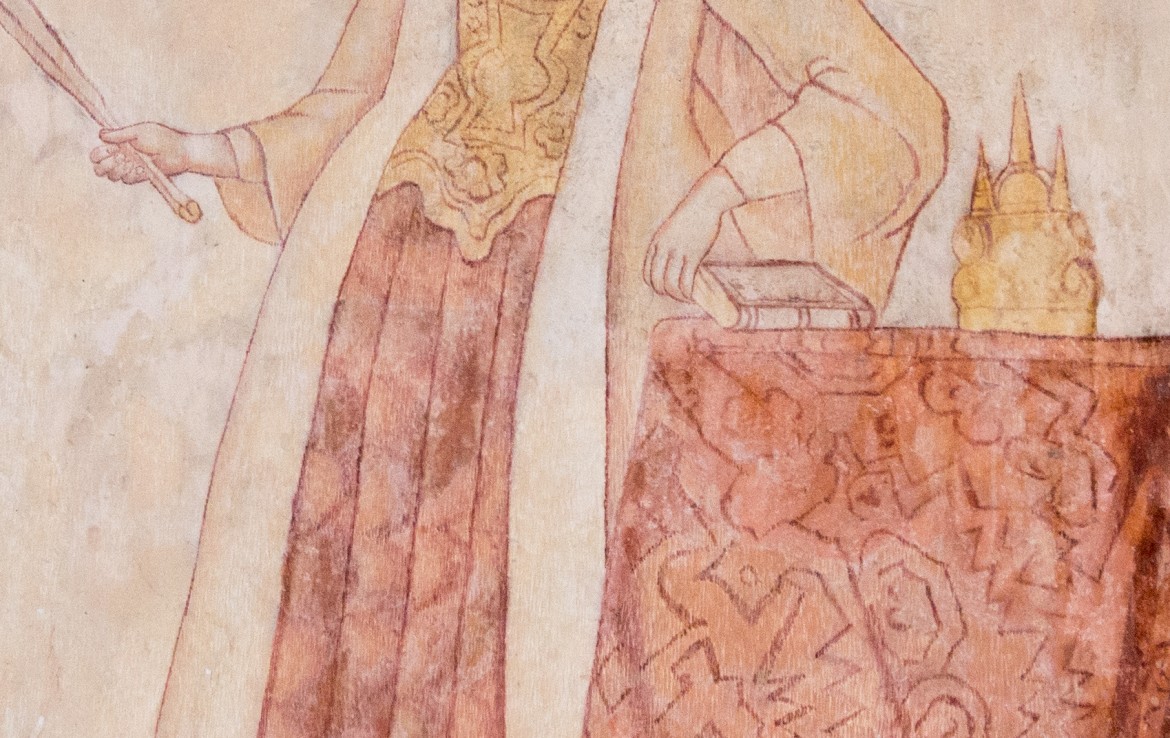 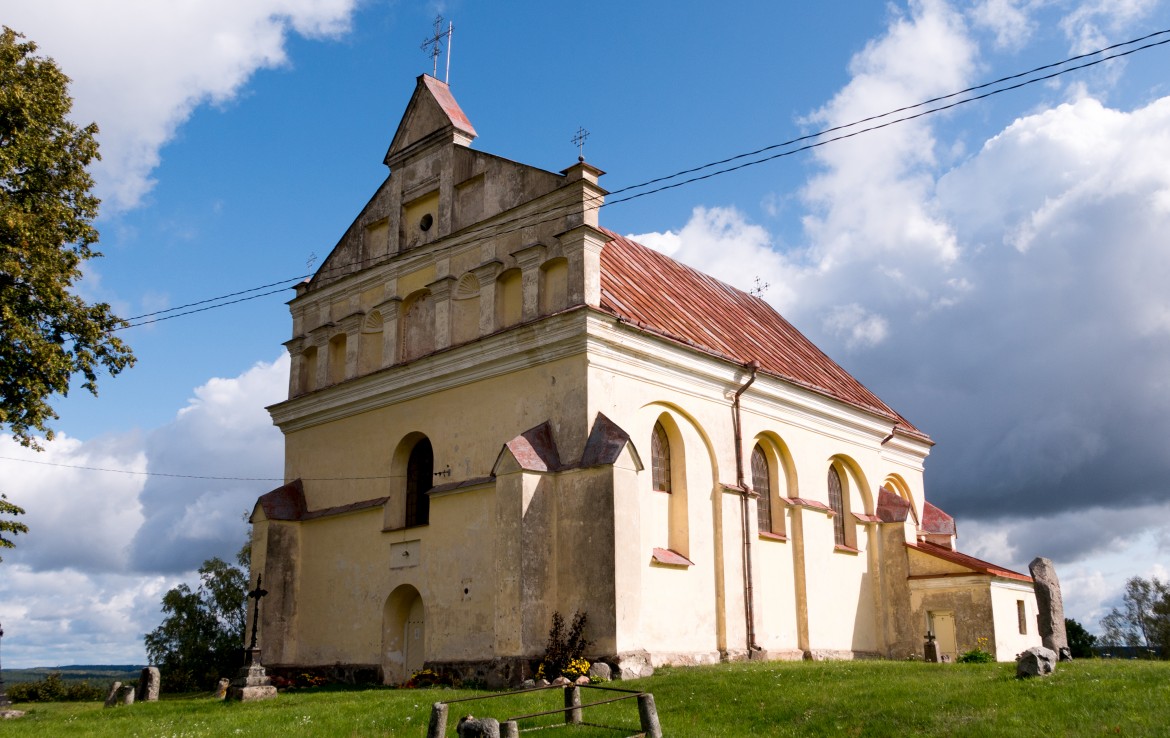 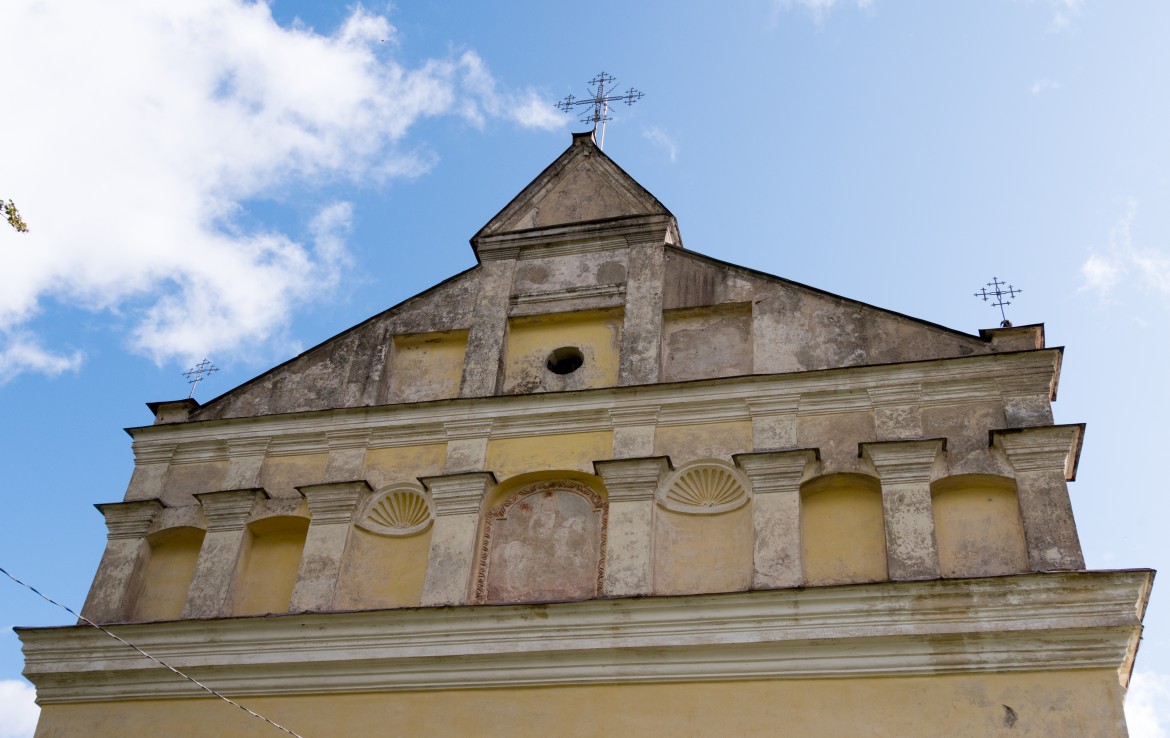 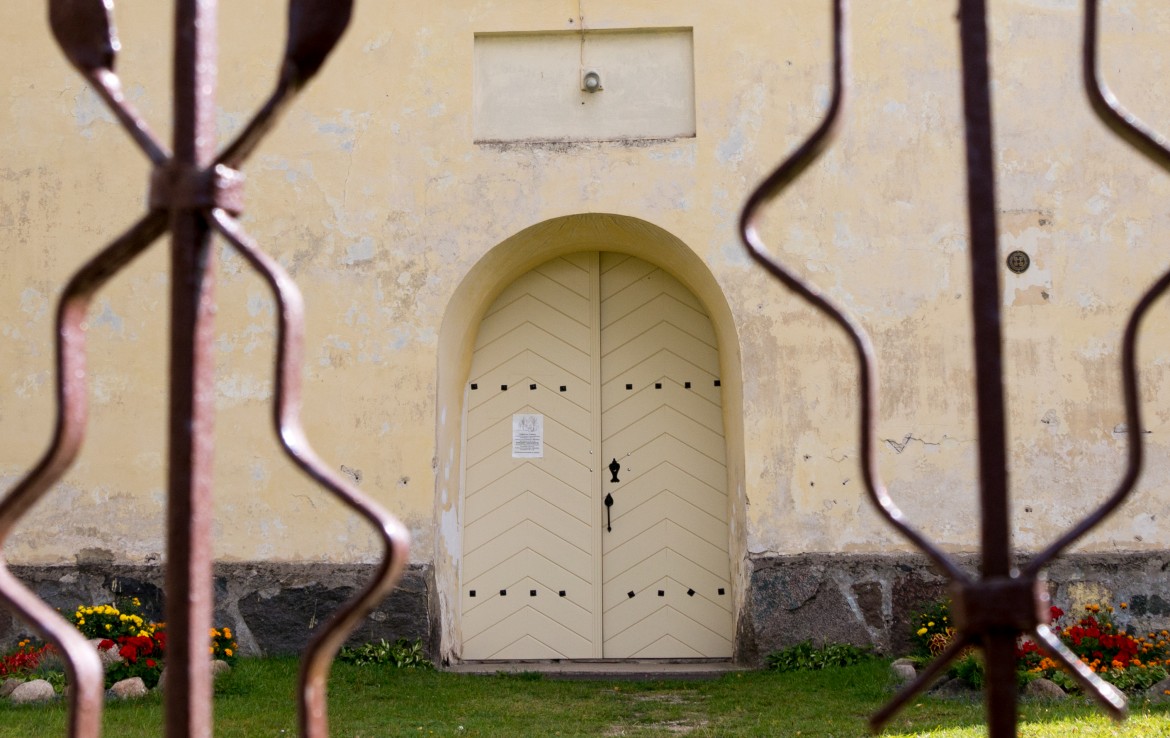 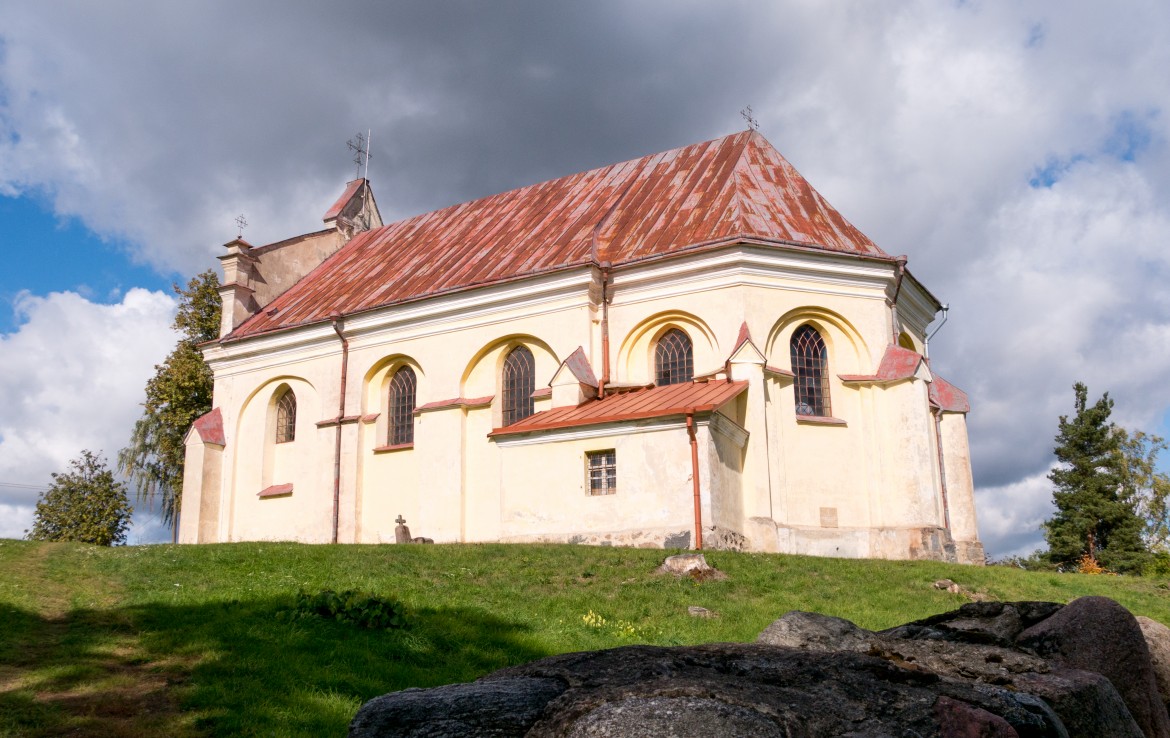 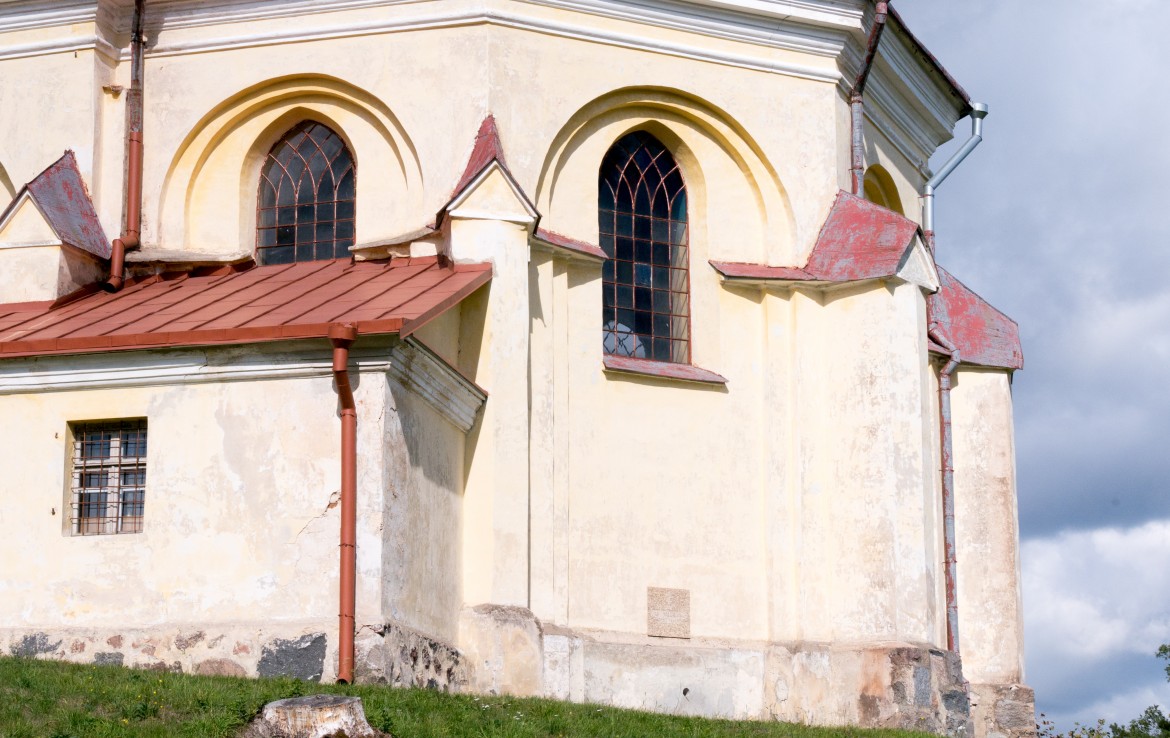 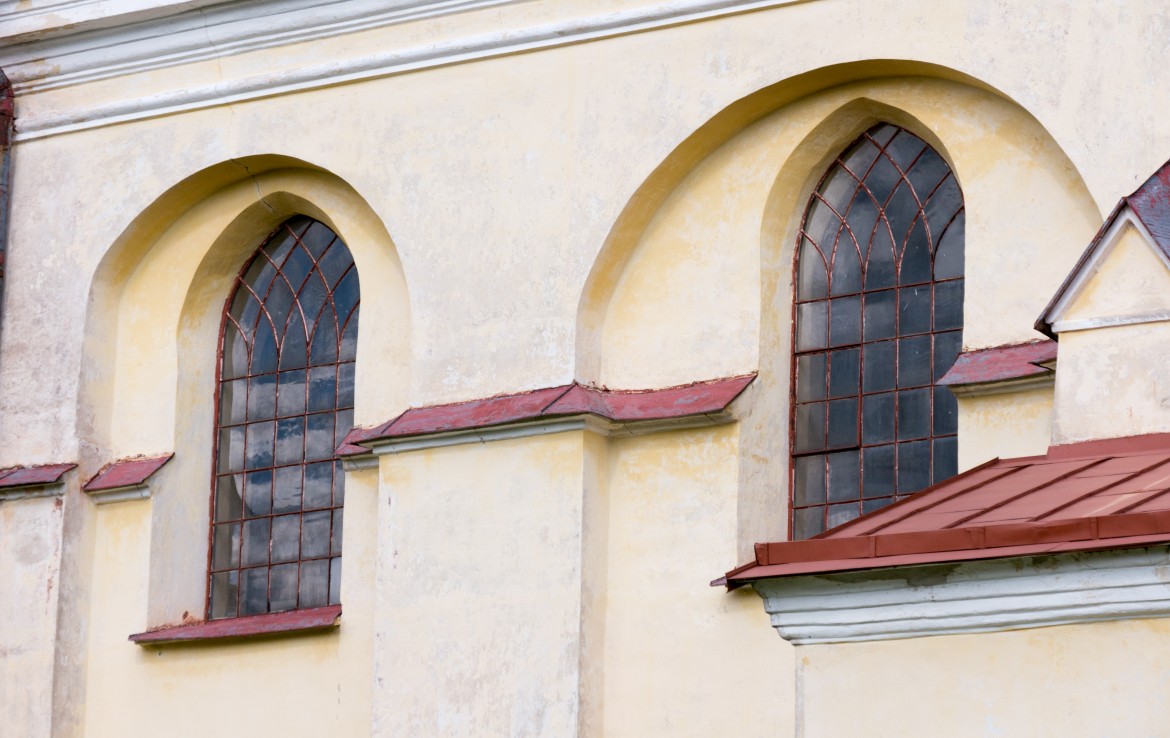 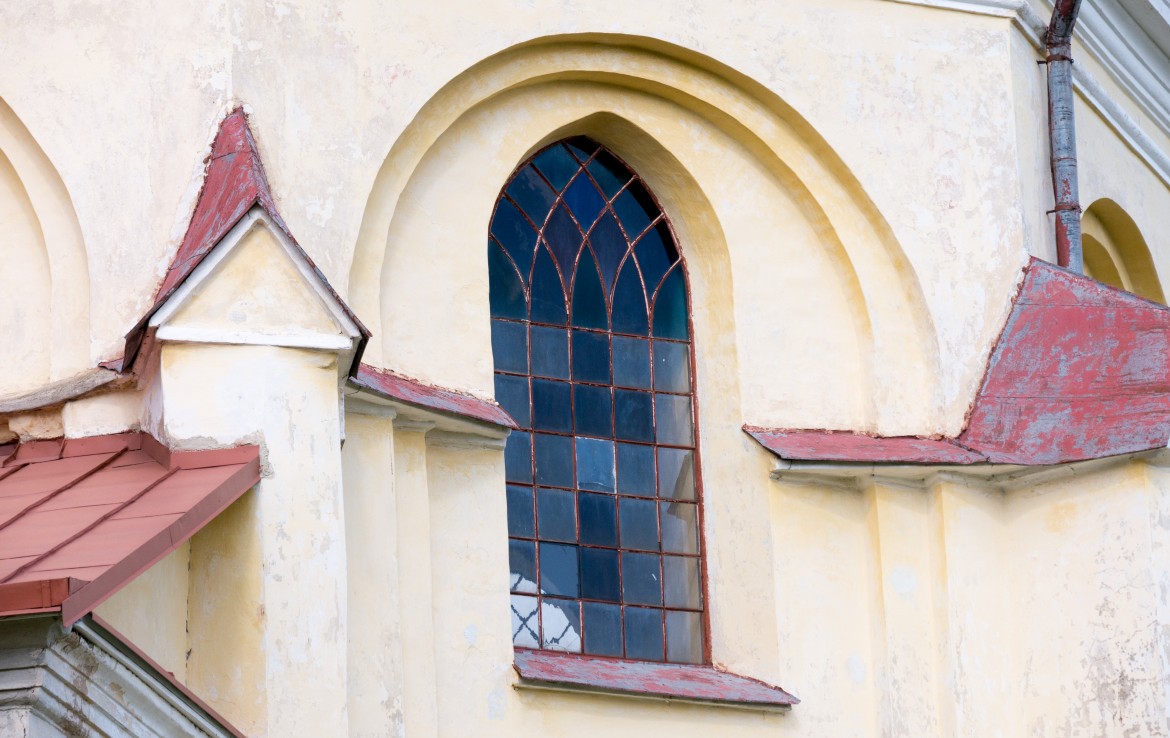 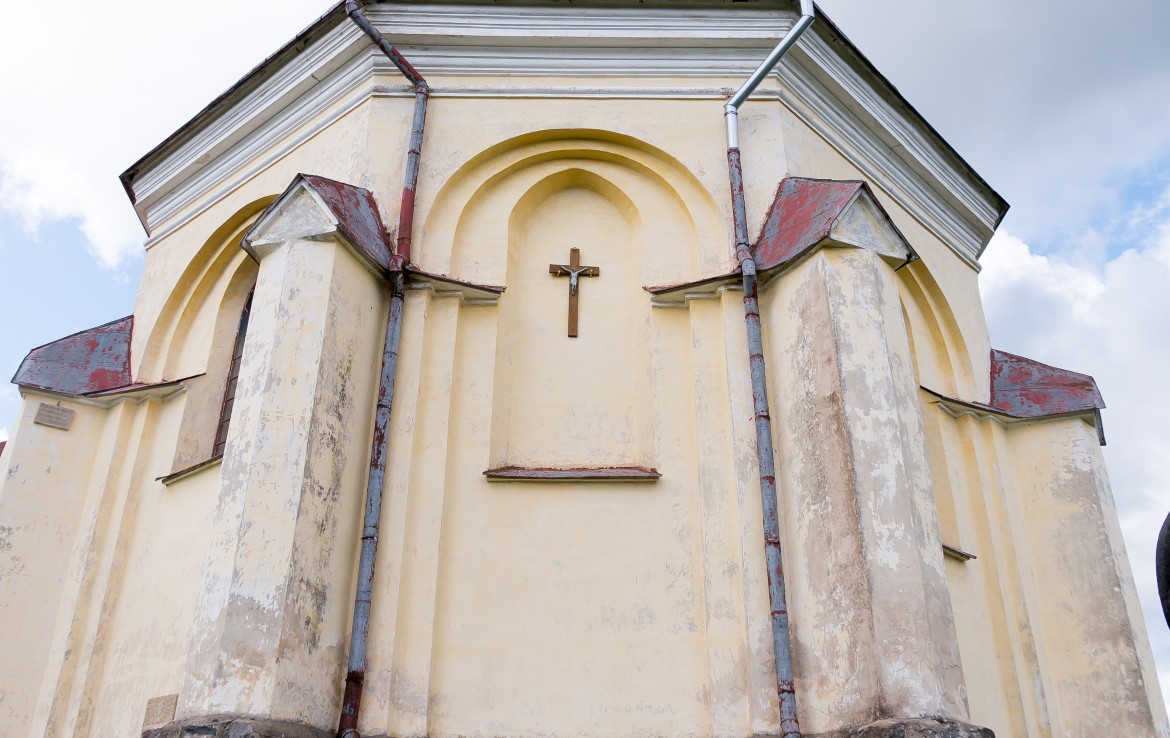 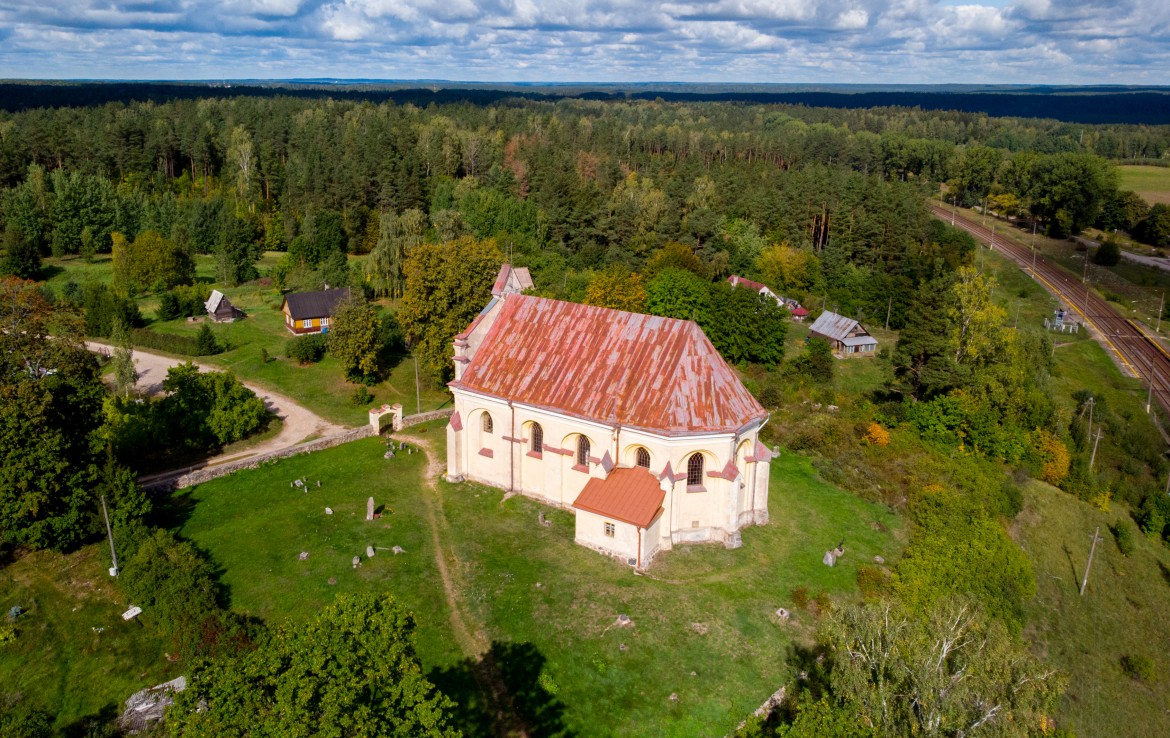