It is thought that at the turn of the century, K. E. Strandmann drew up a project of a new two-tower Neo-Romanesque style church in Plungė. This was one of the several buildings built in this style, drawn up by this architect in Lithuania. The construction of the church was launched in 1905, yet it had not been completed before the outbreak of the First World War. Steponas Stulginskis, the engineer of Telšiai county, continued supervision of construction and slightly modified this project. The church was consecrated in 1933, yet, its interior had not been finished before the Second World War. The composition itself is nearly related to the Gothic churches built under K. E. Strandmann’s projects. The change in style, like in some Neo-Romanesque style churches authored by V. Michnevičius, first of all, is expressed here by replacement of pointed arches by rounded ones. Typical doubled windows, small arcades and ribbons of small niches are used here. The main pediment and that of the transept, accentuated by the ascending compositions of small niches, are particularly expressive. Like in the main facade, a large rose-window, girded on the top by a massive rounded trimming, is integrated in the latter. Small columns, separating small niches in the main facade are brought out by white colour. The walls of the church are not propped by buttresses, typical of Neo-Gothic period, – the rhythm of side facades is formed by the ribbons of windows and pilasters. In the rear side, the building ends with a tall rounded apse. The cross vaults of the central nave of this basilica-type church are held by the profiled columns, vertical trimmings of which evolve into the ribs of the vaults. Division by pillars, separating the side naves is denser, the pillars are joined by rounded arches. Together with the pilasters of the wall, they support cross vaults of side naves, which are much lower. A belfry of three-tiers, plastered white and built earlier, nearly related to Classicism architecture, contrasts with the building. 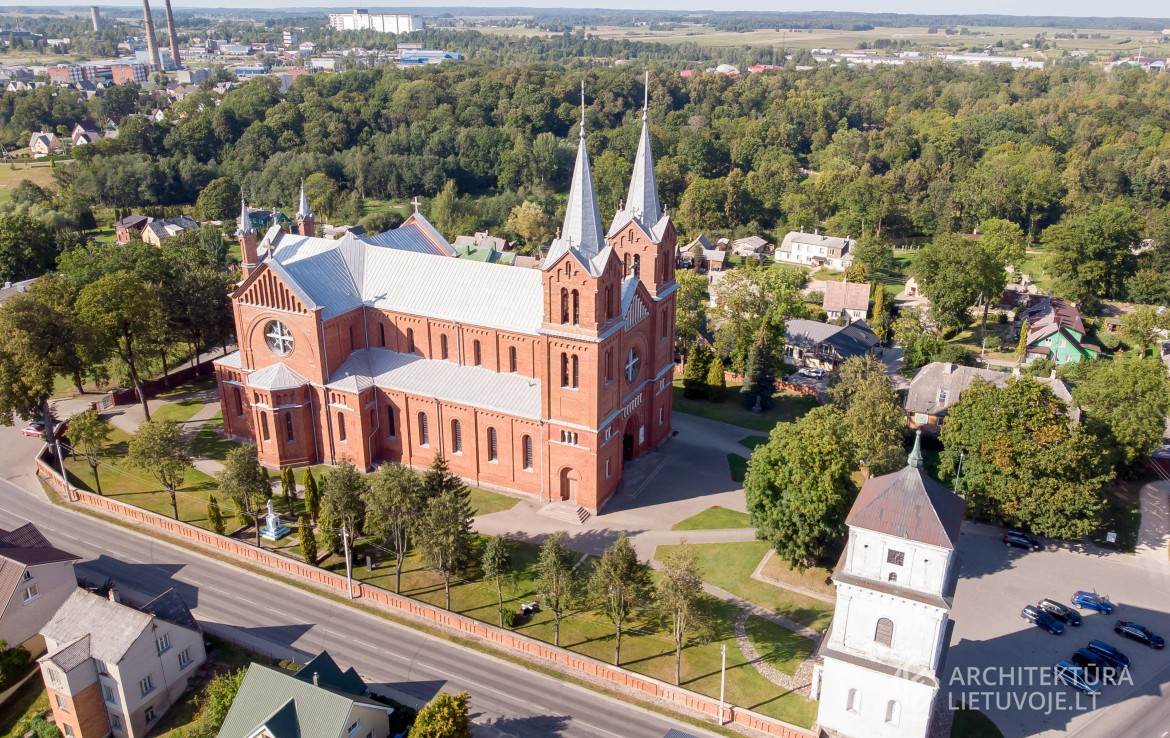 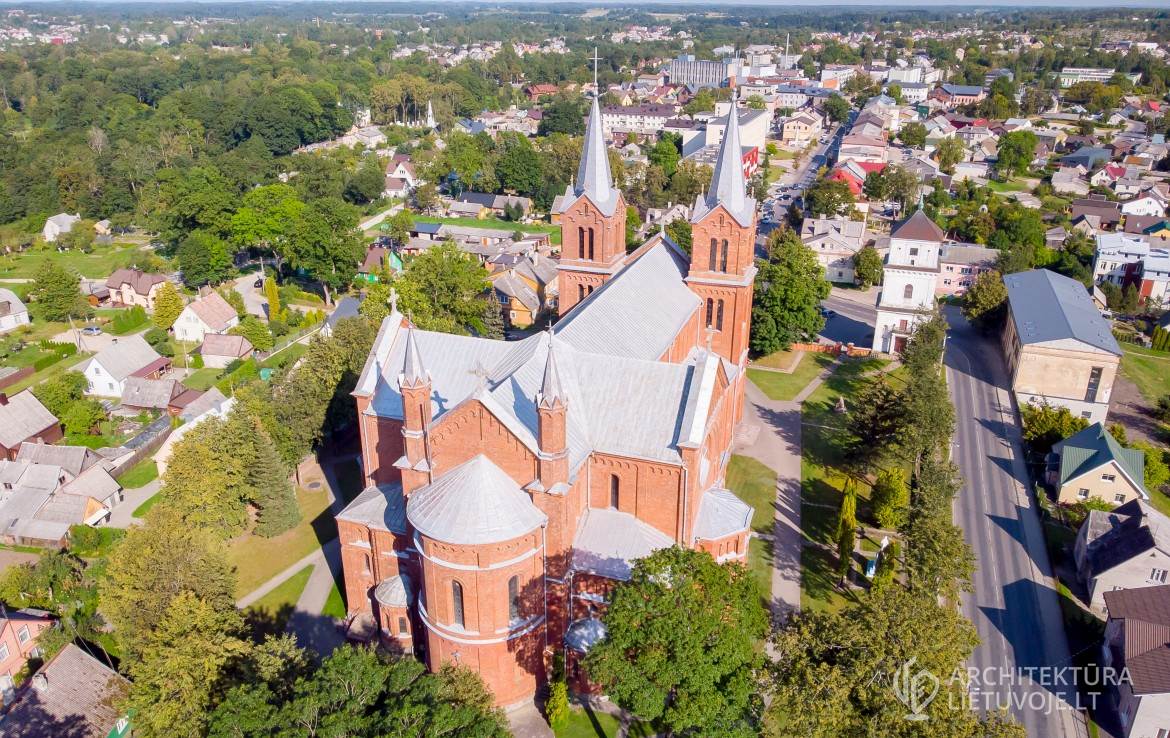 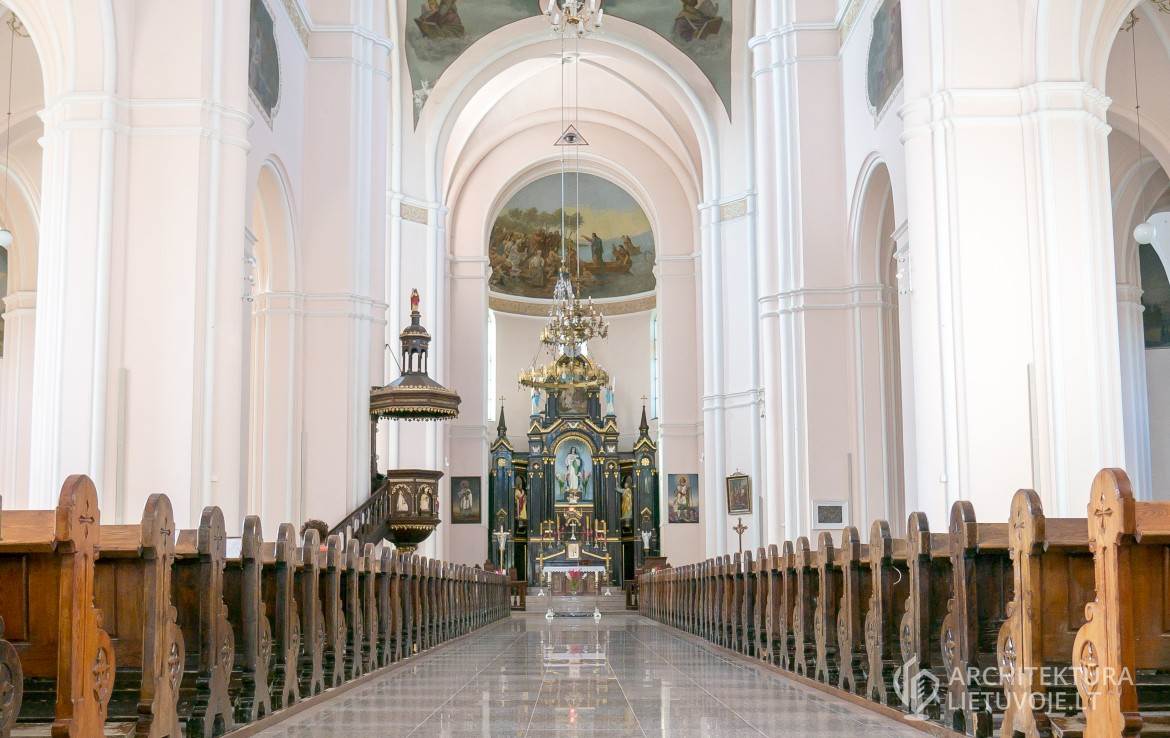 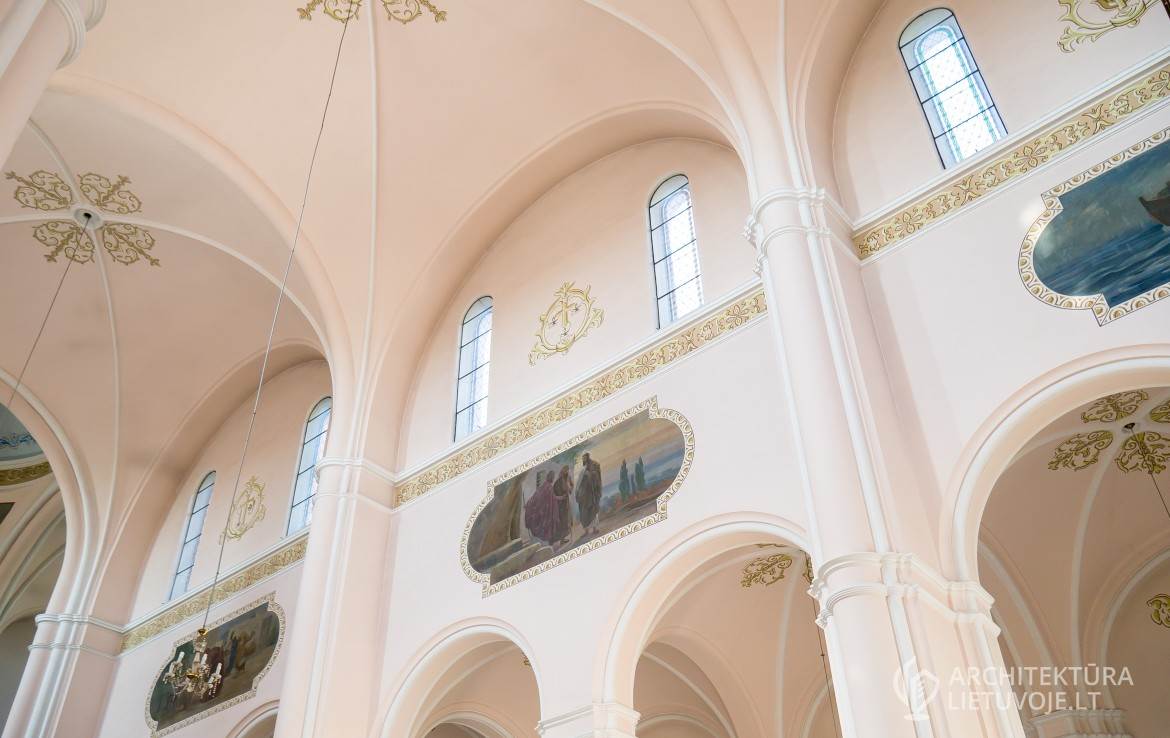 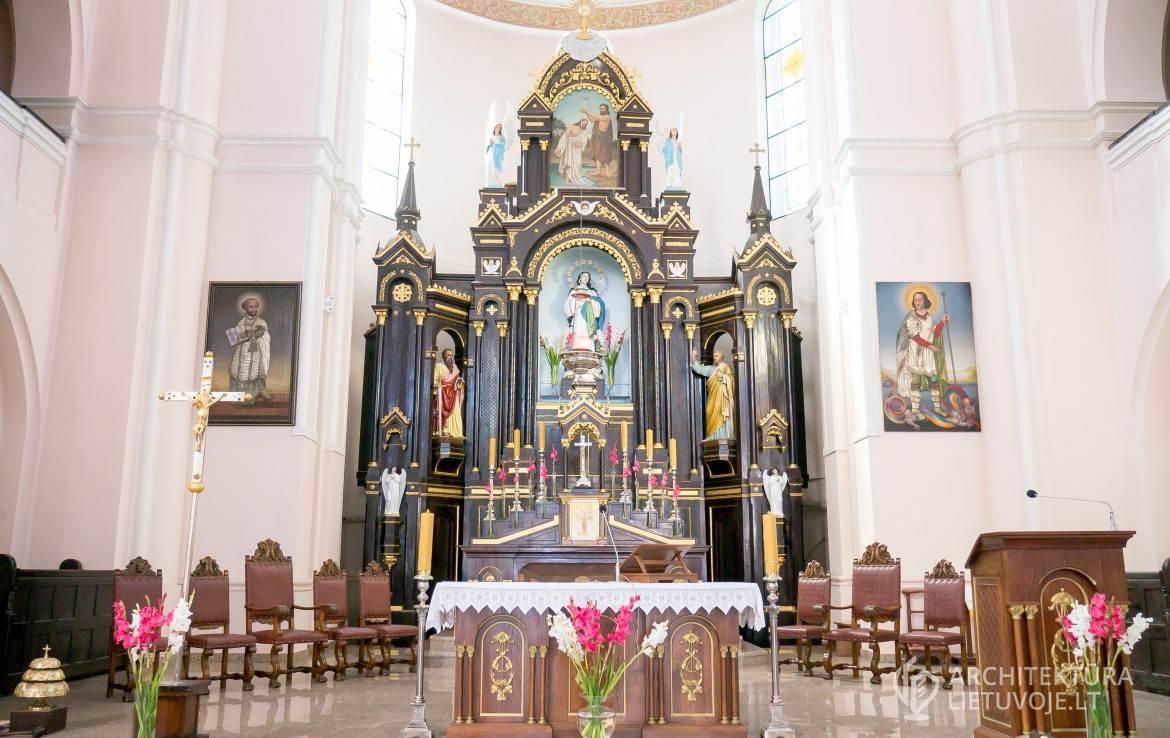 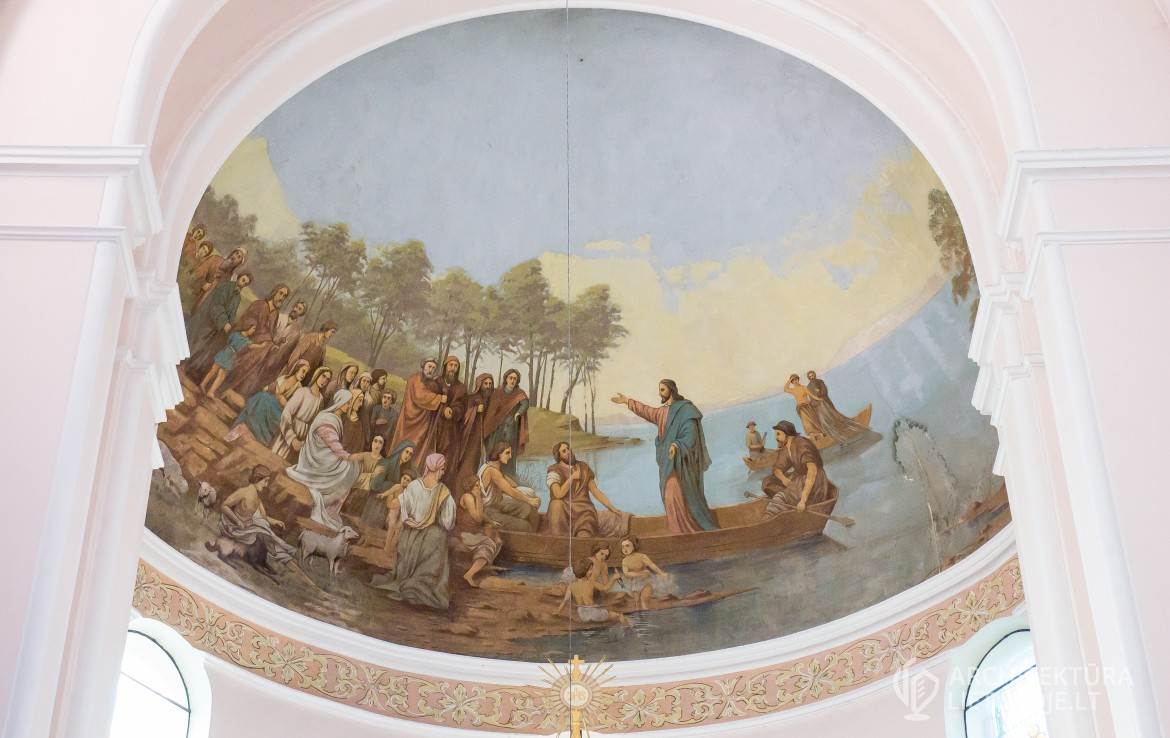 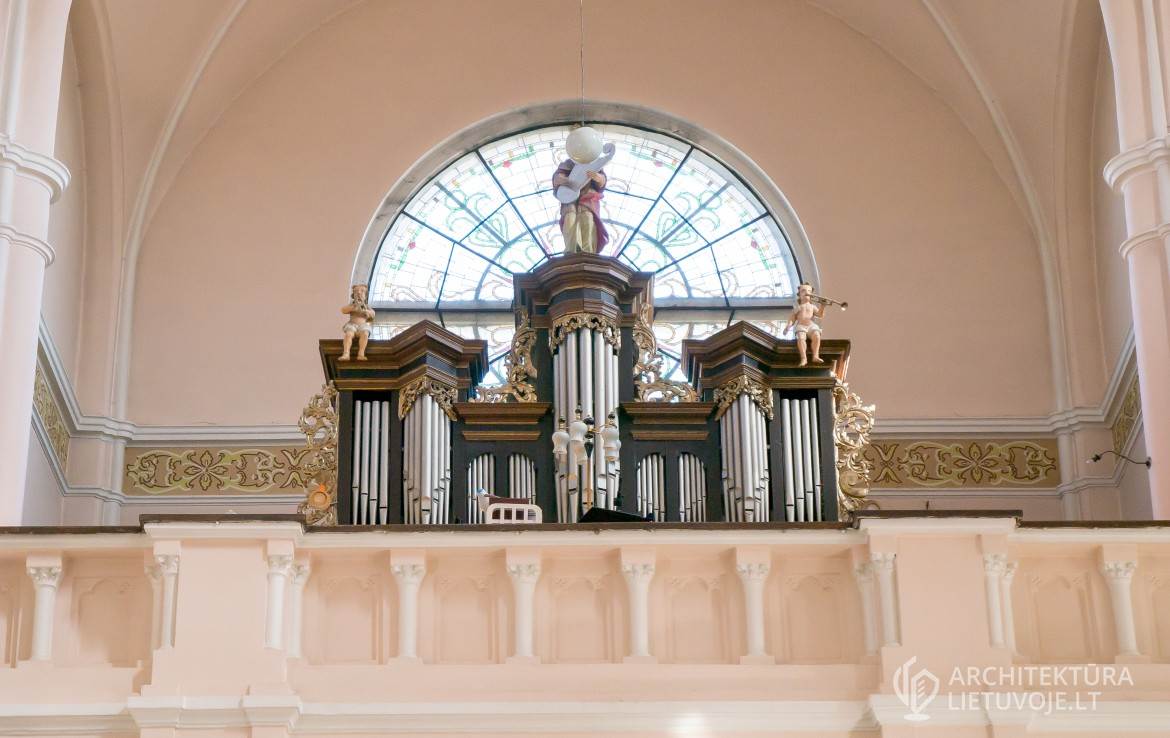 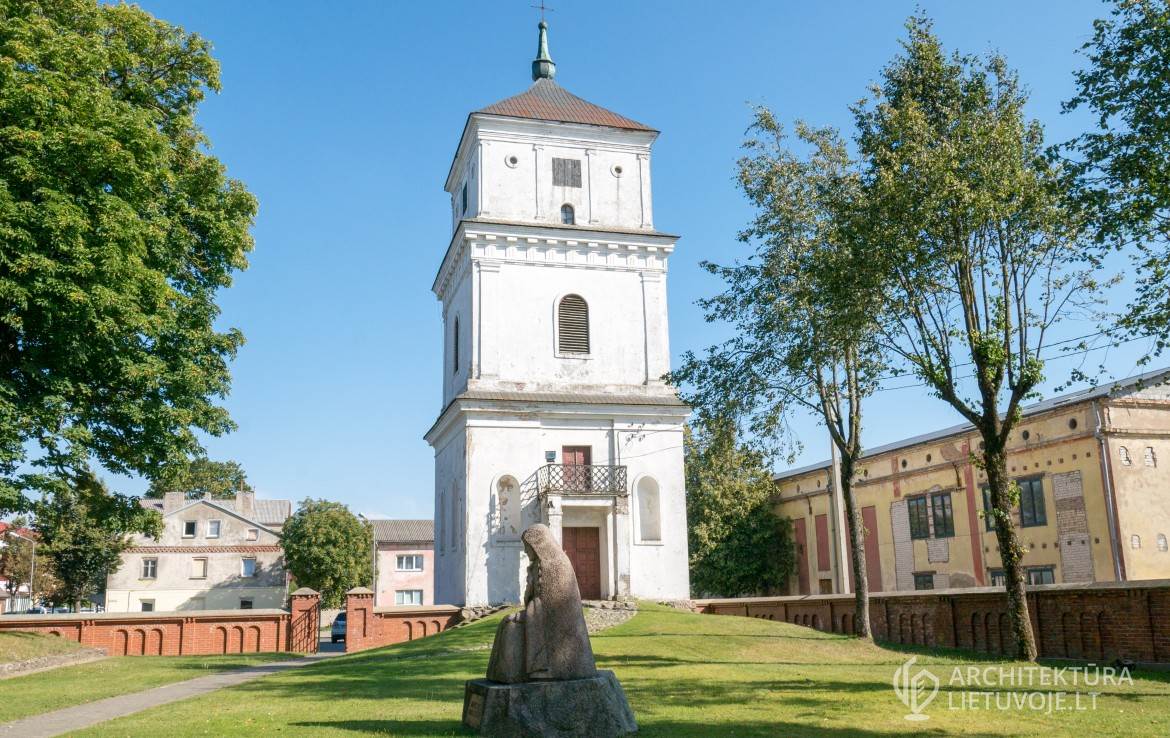 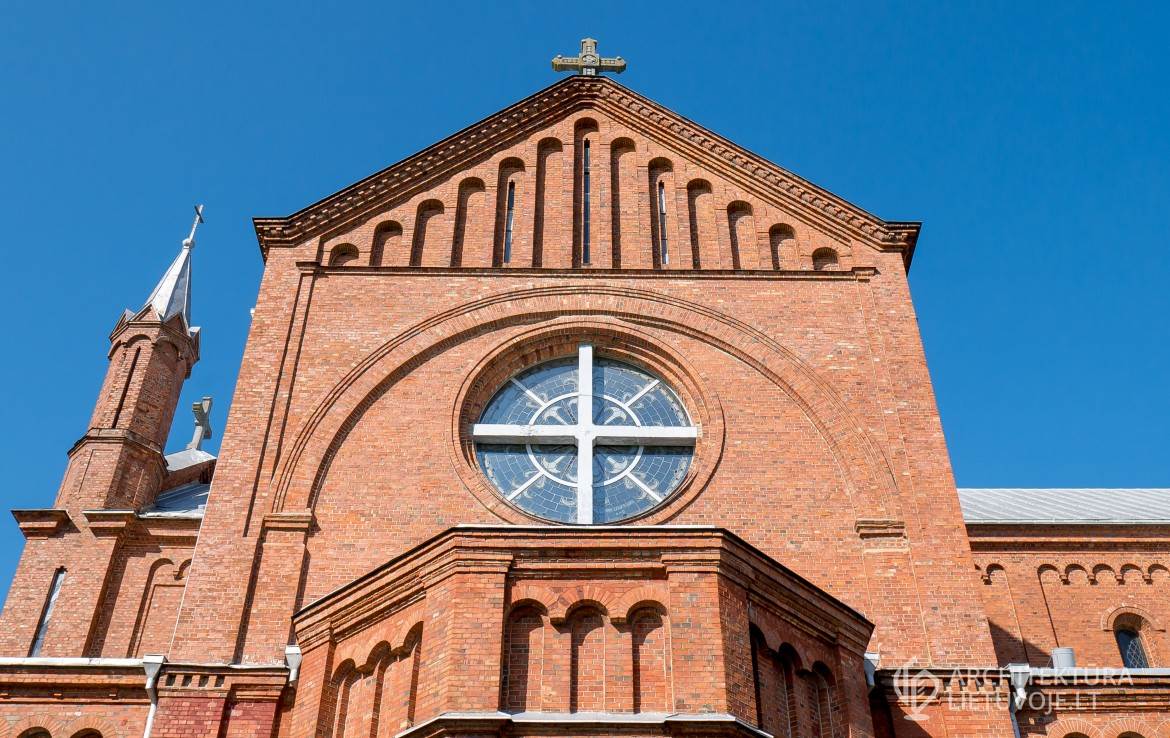 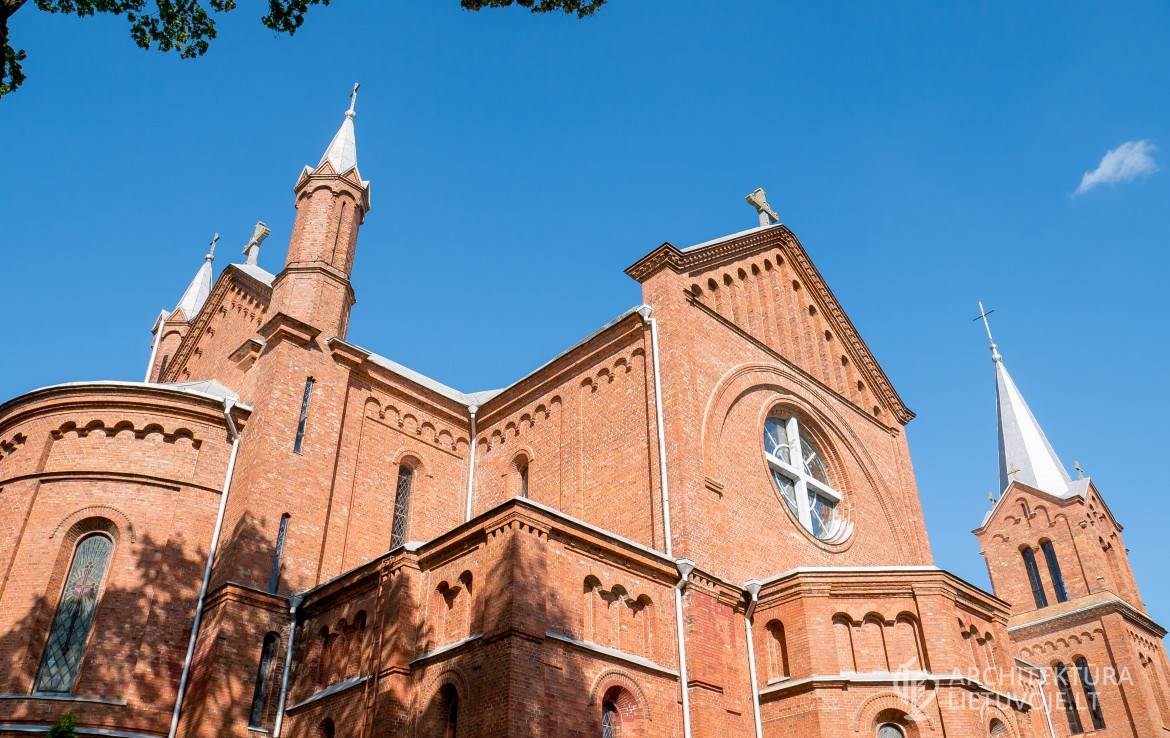 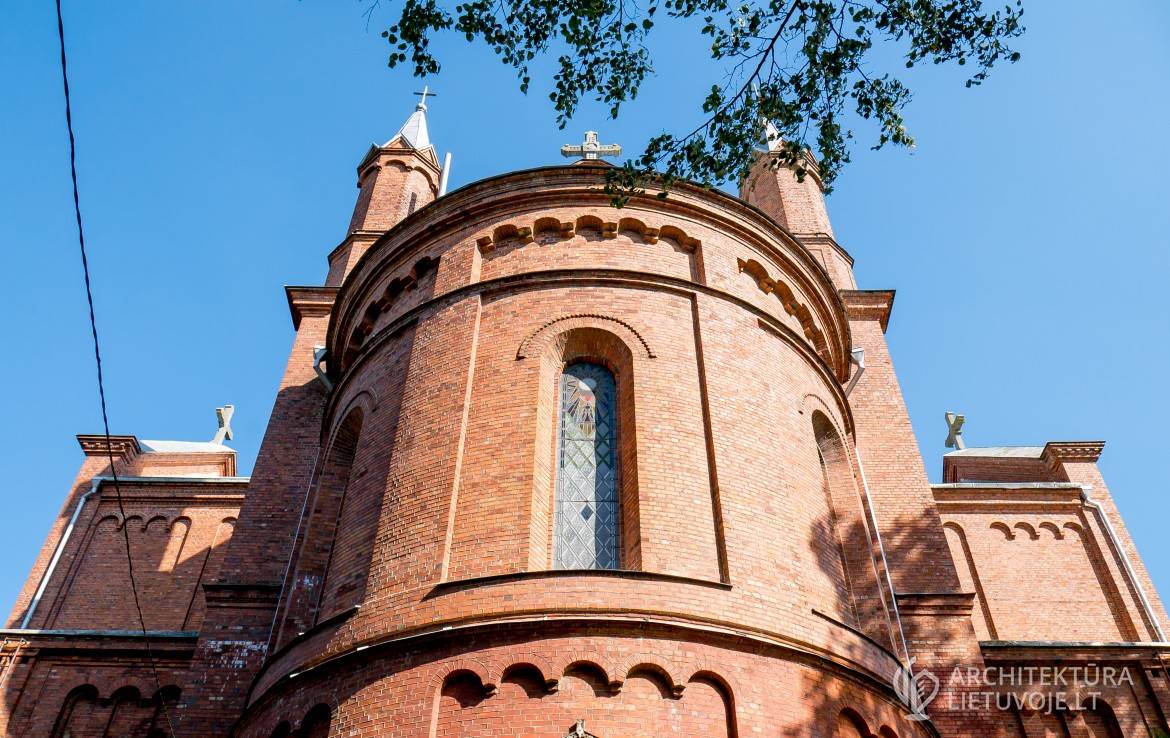 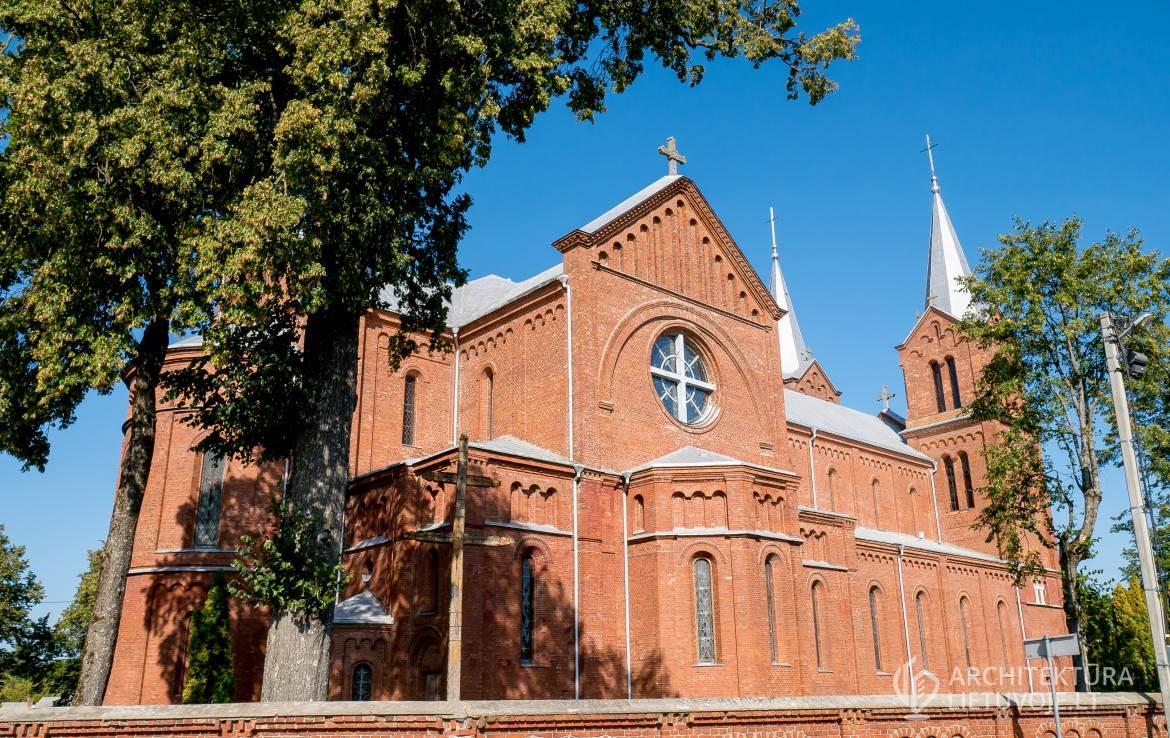