Antakalis has a number of magnificent palaces and in 1904-1906 another important ensemble emerged here. This was the palace built by Petras Vileišis, one of the representatives of the prominent Vileišiai family, complemented by adjacent buildings, which, as a whole, became one of the most impressive secular objects reflecting the Neo-Baroque style in the country. Typically to the major historicist buildings of the beginning of the 20th century, the ensemble also reflected certain trends of Modernism, including the use of structural solutions, which were considered to be modern at that time, for example, reinforced concrete overlays in the palace, as this method was just starting to make its way in the country’s construction sector.

The two-floor palace edifice is a rather refined expression of the Neo-Baroque shapes. Here the spaces between the windows as well as the cornices of dynamic shapes on top of them and their panes are filled with organic shapes of floral décor matching the capitals of the pilasters attributed to the Composite order highlighted by the choice of gold-like colours. The curved cornices on the first floor, like stripes growing from the cornices, match the shape of the lucarnes, i.e., the mansard windows, seen on the attic. The domes rise above the edifice and the side ones stand out because of the so-called lanterns on top of them. The projecting porch at the main façade supports the balcony on top of it. We can see another example of the floral décor here, above the main entrance, characteristic of the same colour range as the one used for other mouldings. At the rear façade we can see the portico with much more frugal shapes instead of the porch. The decorative features of the edifice are highlighted even more on the south-western façade in the form of the densely arranged and lavishly decorated windows in the middle part and the avant-corps part completed with the Baroque pediments surrounding the oval window.

Another distinctive feature of the palace is most of the interior solutions preserved here as a reflection of various historical variations of styles, however, the shapes characteristic to Modernism also had a strong influence. Most of the 16 rooms in the palace are very impressive. Moulded and painted elements incorporated into the décor of the walls and the ceilings, the stair railings, or the authentic flooring indicate eclecticism in the décor as it incorporates elements of Modernism as well as Neo-Baroque and Neo-Renaissance. Another very interesting element is the remaining thirteen fireplaces characteristic of different levels of décor showing refined shapes pertaining to certain stylistic variations. Probably the most decorative fireplace could be found in the meeting hall, which incorporates features typical to Neo-Renaissance. Meanwhile in another room we may see two fireplaces with tile décor attributed to the Neo-Rococo style.

The residential house, which is much bigger in terms of space, is located closer to the street and it matches the style of the edifice. The solutions applied in the field of the relief décor are very similar to the ones used for the palace, nevertheless here we also see such typical Baroque elements as the complex two-part façade (on the side of the street), the cornice divided by the shape of the volutes curved in the middle above the main entrance and the oval-shaped window with lush decorations above it. Other pediments are slightly more frugal, but still characteristic of the refined Baroque shapes. Rustic adds the monumental impression to the building as it highlights not only the base of the edifice but also the ground floor in addition to framing the beams vertically dividing the façades.

The Neo-Baroque inclinations are also reflected in the remaining elements of the fine architecture, namely the gate and the fence. Just like the main buildings, the iron fence is decorated with floral décor motifs here, meanwhile the posts, especially the posts of the main gate, reflect the shapes of the palace roof to a certain extent. The outbuilding stands out in terms of style: despite lacking historicism, it characteristically complements the ensemble of the palace in this way illustrating the time period itself when minor variations of Modernism existed along with the shapes copying the old styles of architecture in the beginning of the 20th century. 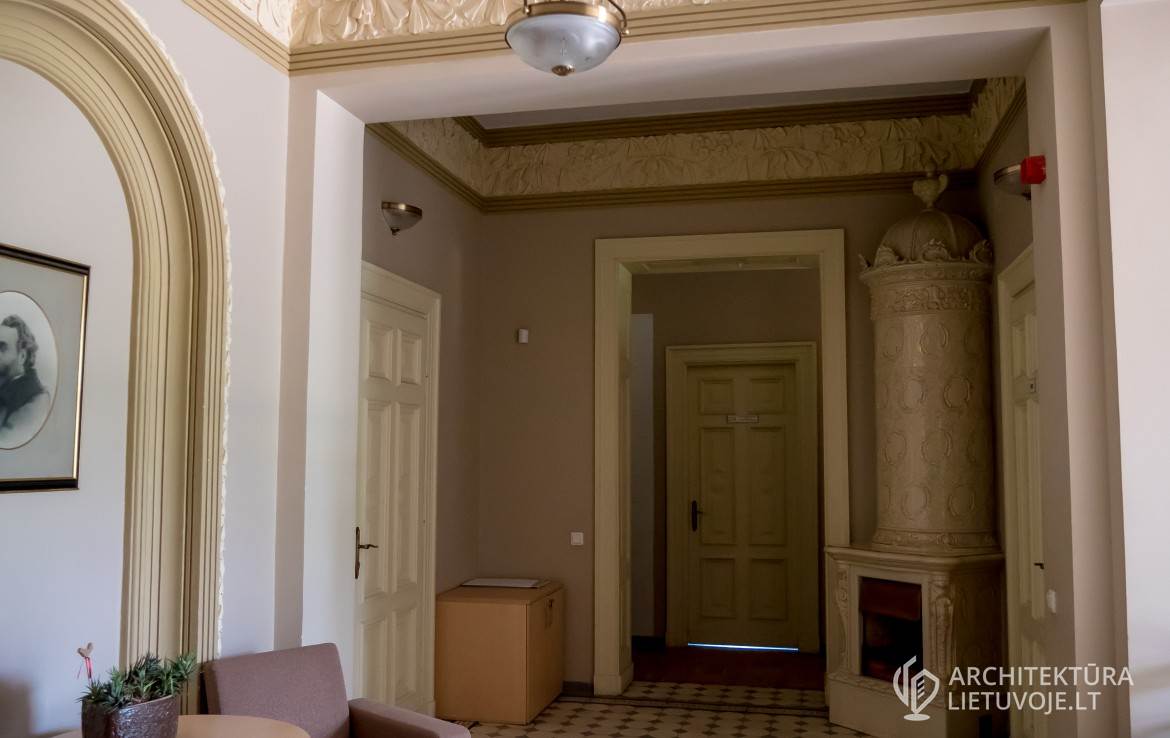 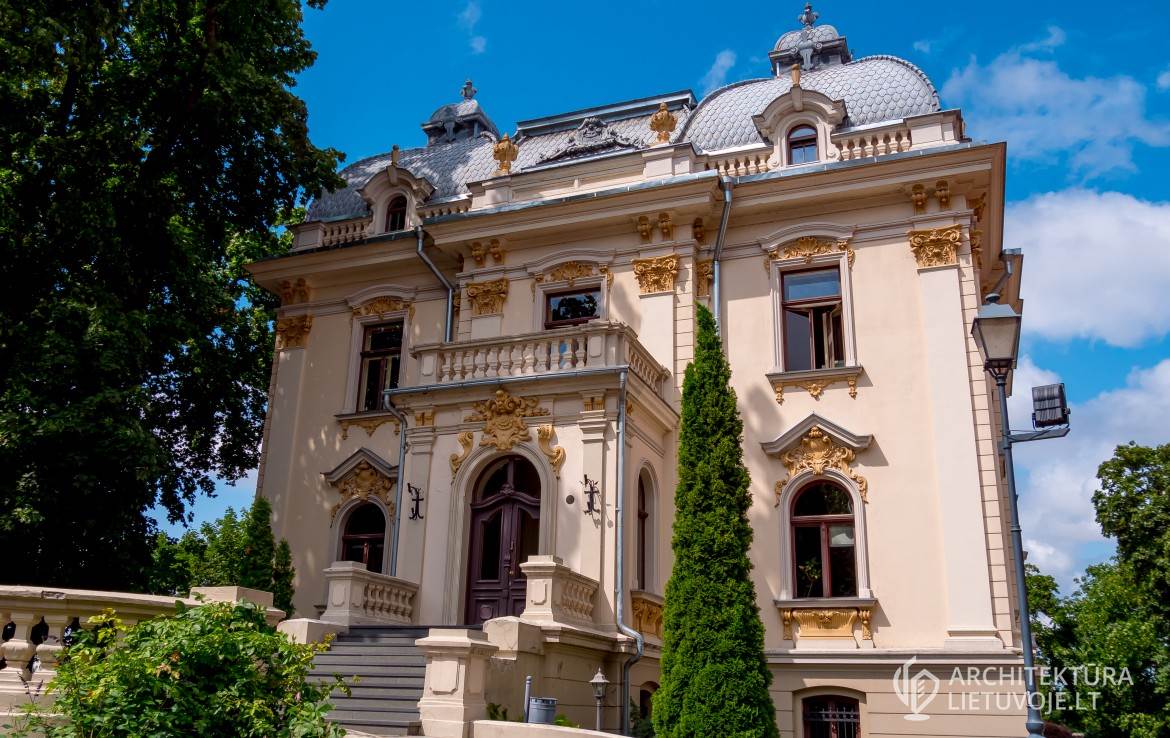 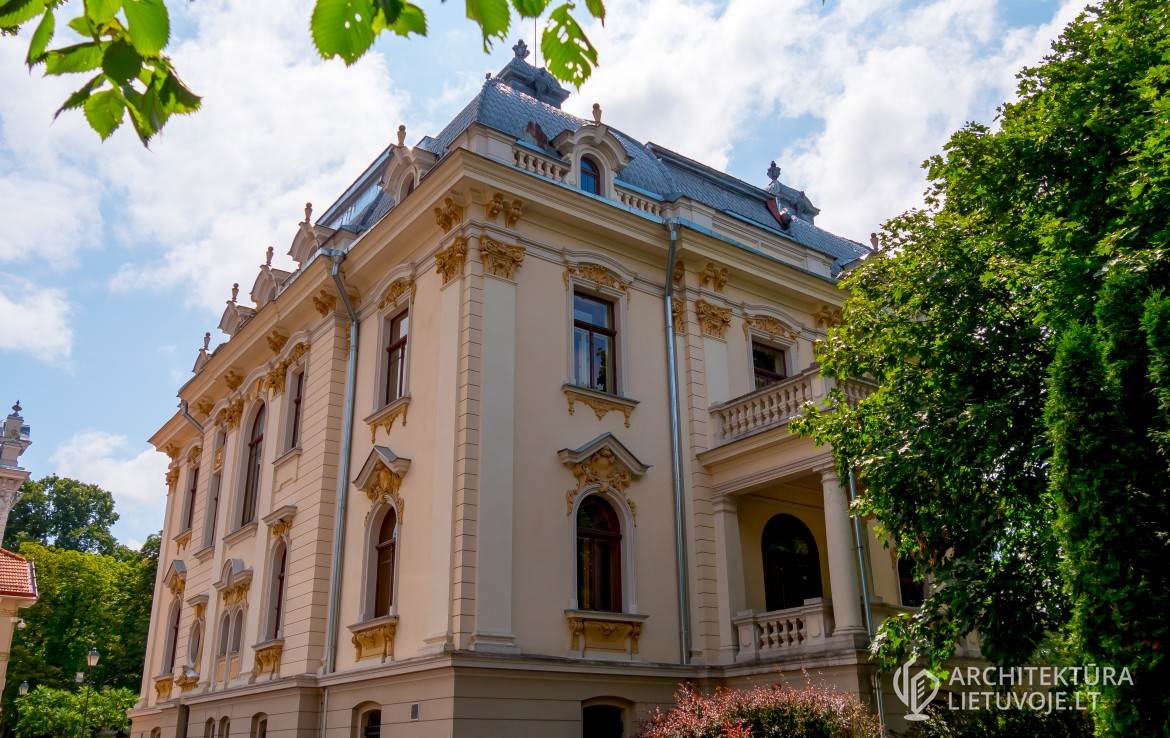 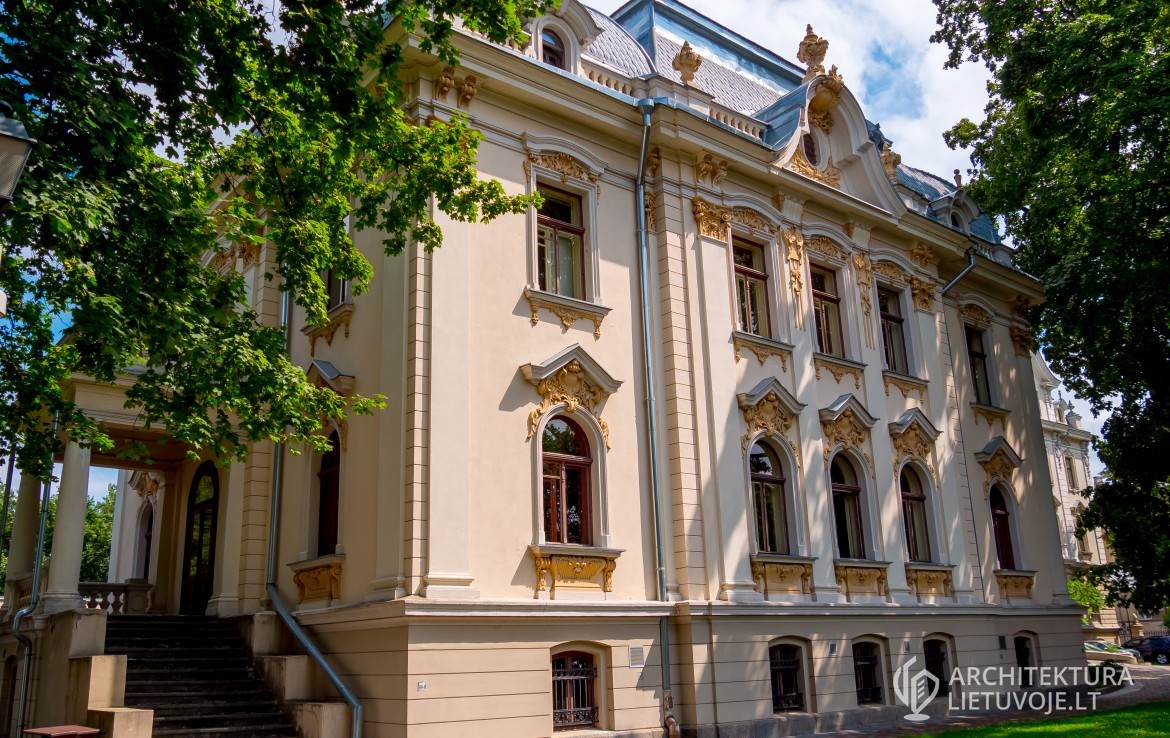 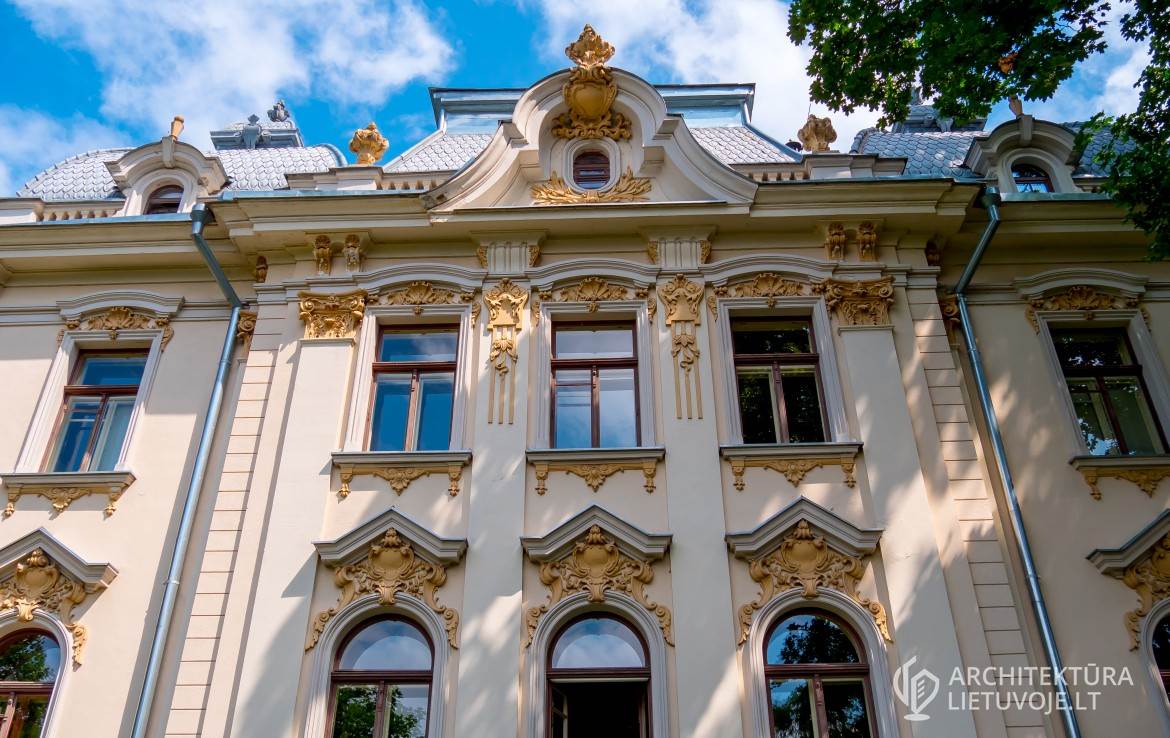 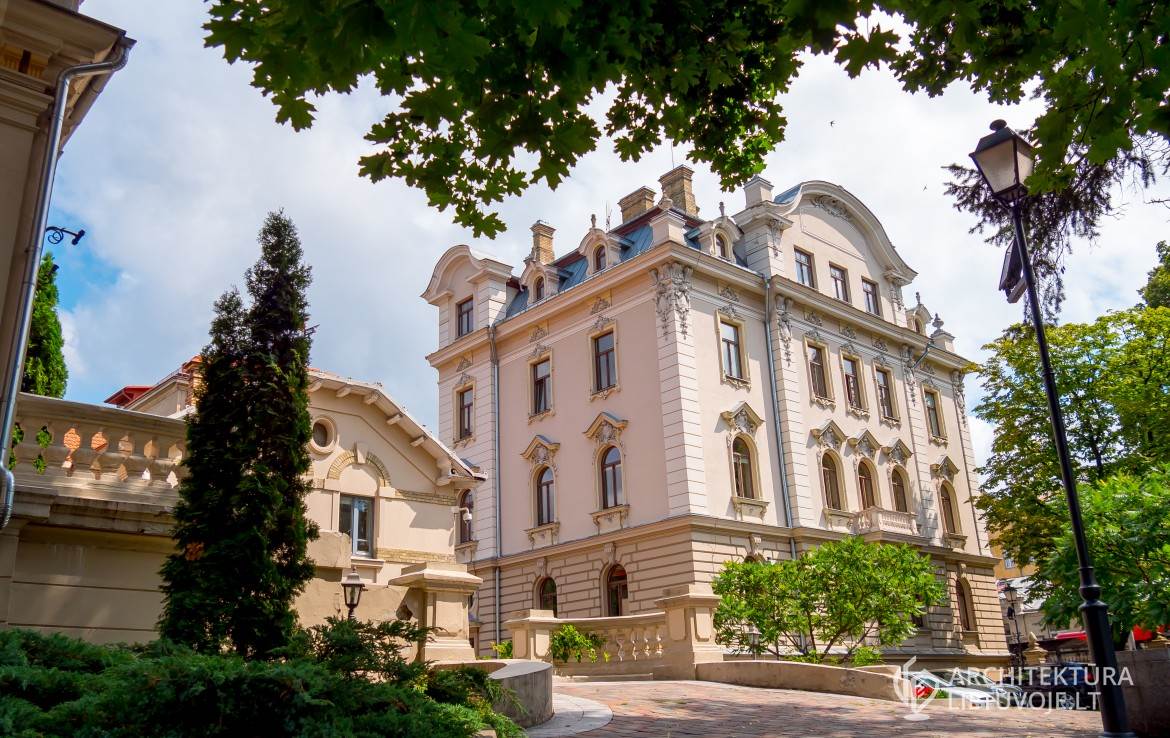 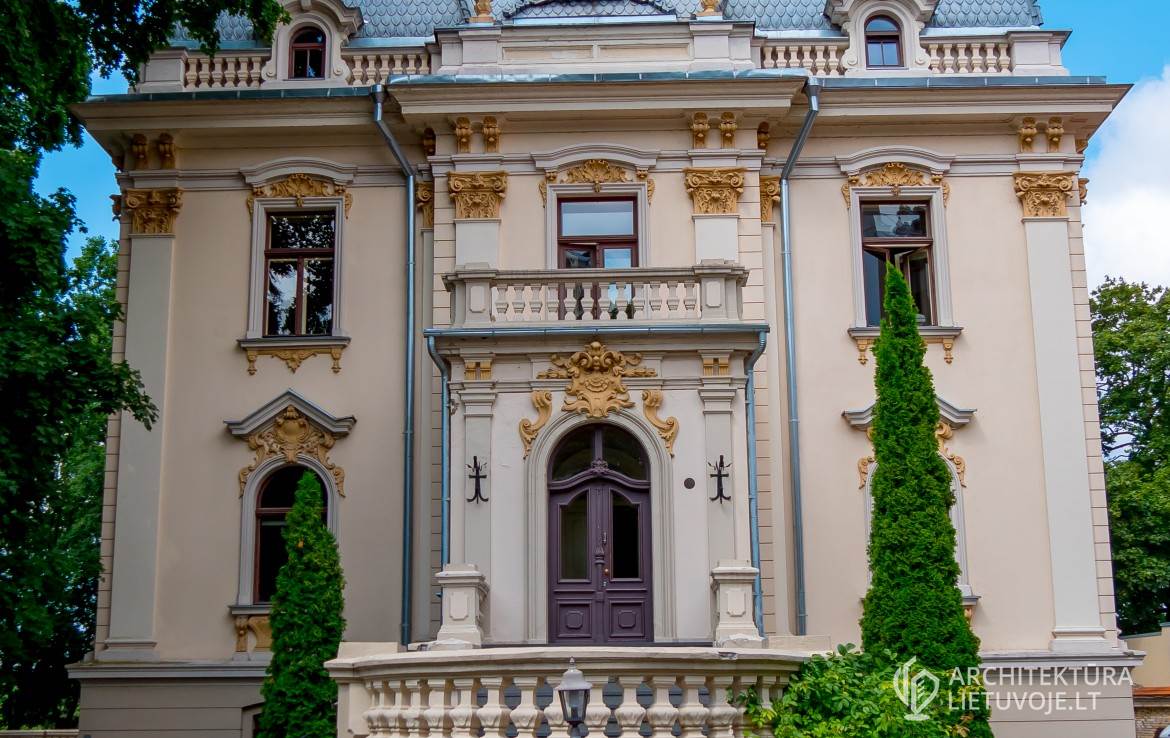 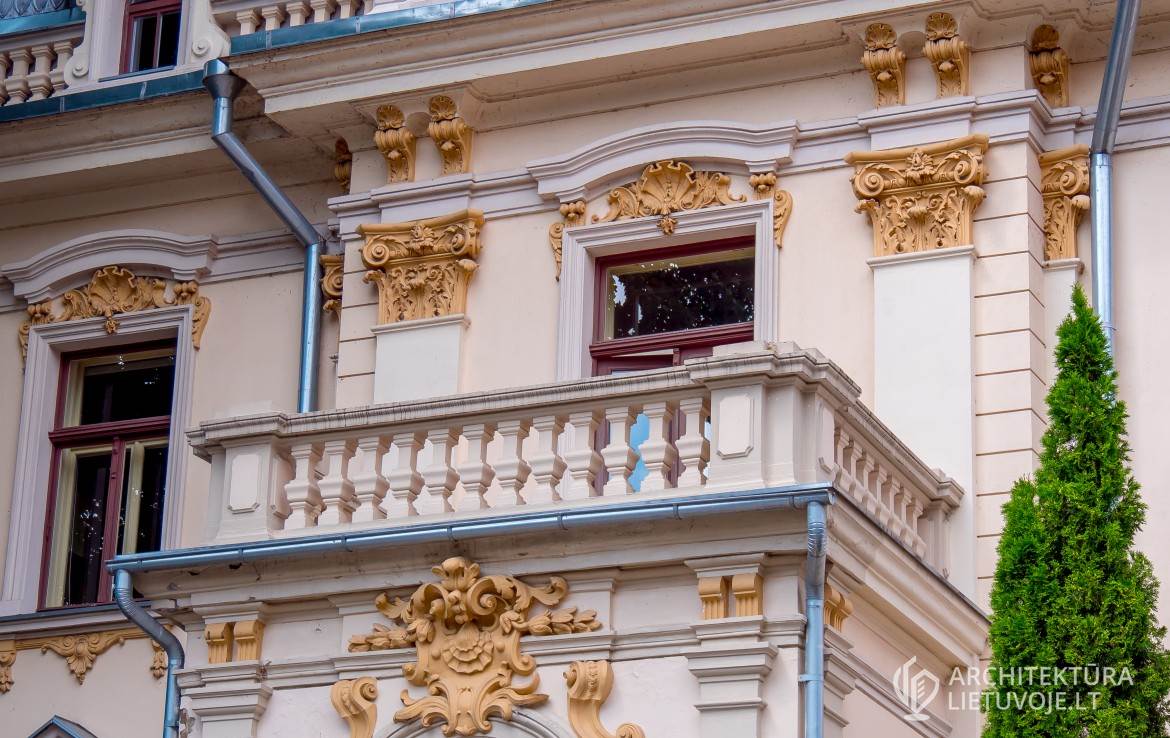 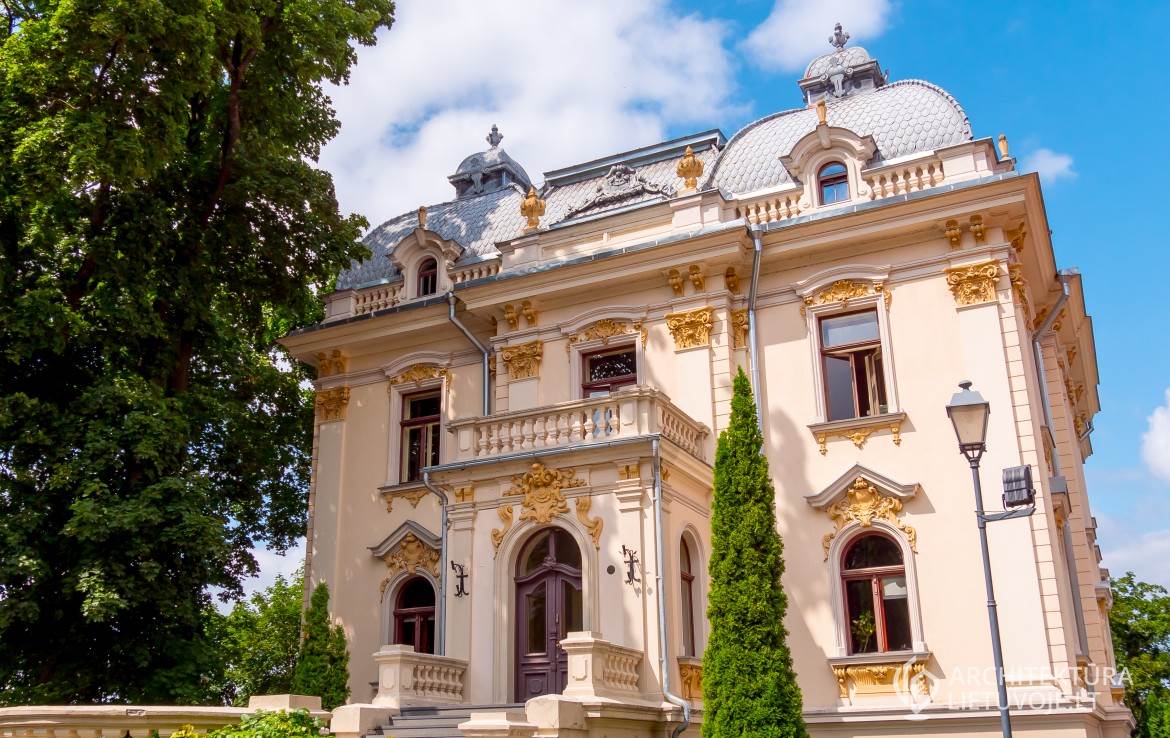 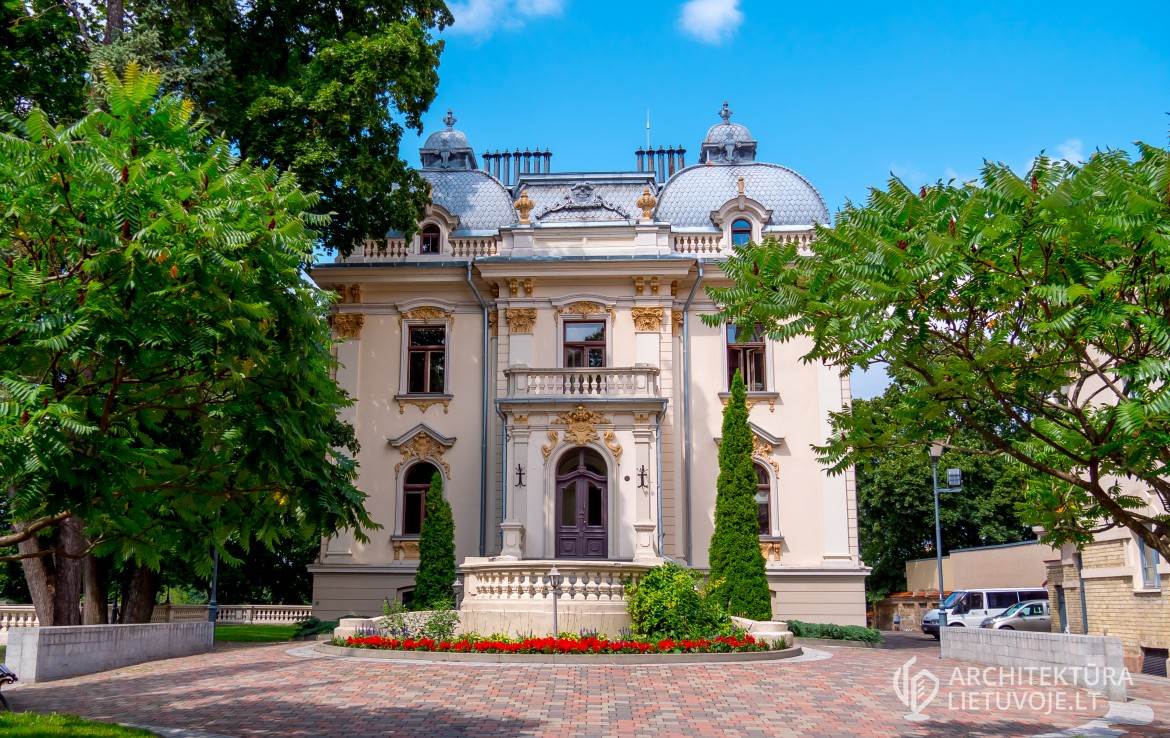 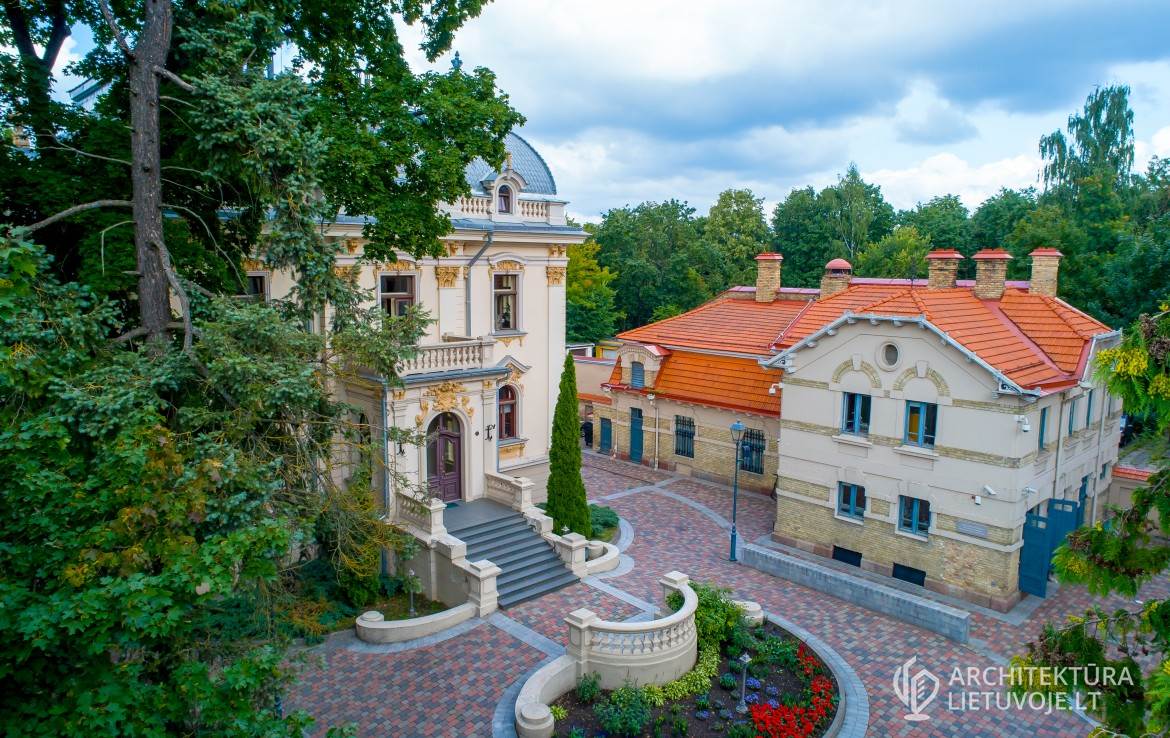 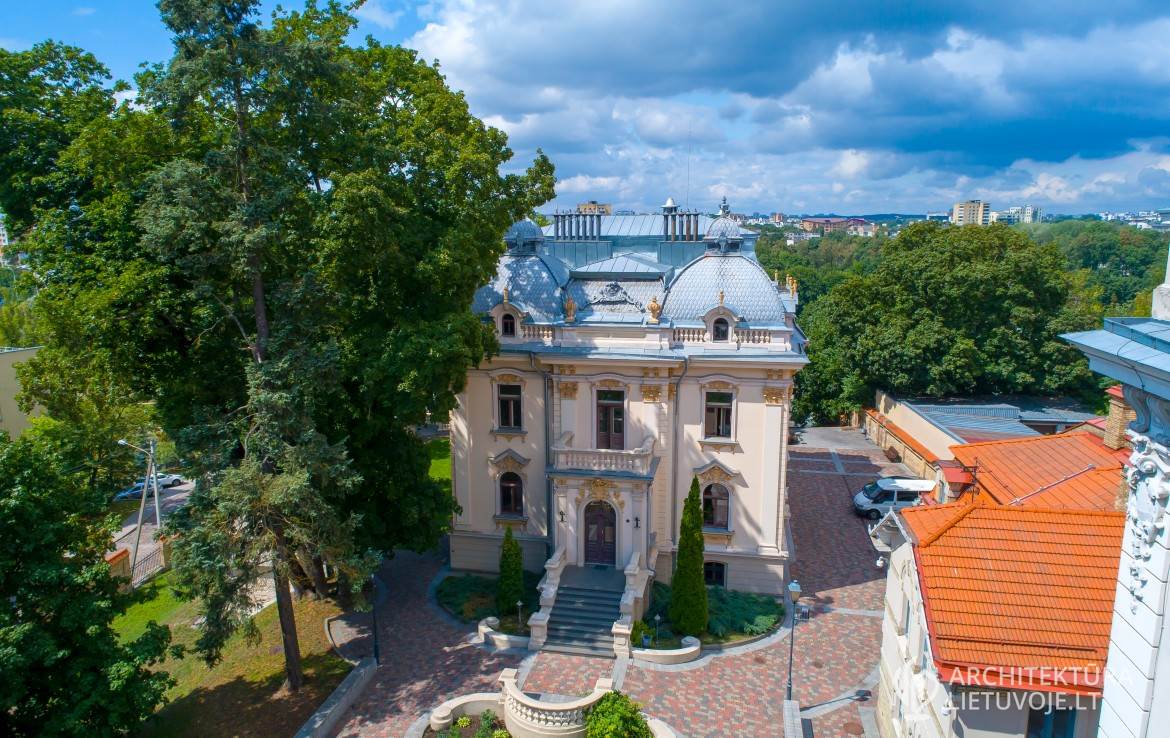