Perloja Church of the Blessed Virgin Mary and St. Francis of Assisi

Although it is thought that the first church in Perloja emerged even in times of Vytautas the Great, still the present church of the settlement was built in the early 20th century only. Even before the First World War several projects have been drawn up, which were not realized: ultimately, the construction was launched in 1928 under the project of the famous architect Vaclovas Michnevičius, who had been known as the author of churches built in Historicism style. The celebration of the church’s consecration took place in 1930, which was a symbolic year, – all Lithuania commemorated the so-called Year of Vytautas the Great. In the architecture of the church, Neo-Gothic and Neo-Romanesque elements, perhaps liked by the architect the best, intertwin: true, the architect mostly used them separately. The volumes of the church are characteristic of single-tower, Gothic form buildings of the architect, for example, Birštonas house of prayer, which had been built several years before. Yet, the rounded arches of the windows, the rhythm of the small arcade of the same frieze band, first of all, demonstrate Neo-Romanesque.

True, the most distinctive part of the church awaits inside, after entering through a modest portal, slightly jutted out from the facade: like in Lentvaris church. In 1943 the interior was executed by Jurgis Hopenas, who into the impressive, eclectic painting works, girding the entire space of the church, included side by side religion and Lithuanian folk narratives. In the times of deficit, caused by War years, some drawings were executed using traditional materials – the painting works of the painter and his disciples were consistently restored in 2019. The interior of the church acquires even more diversity due to the forms of the Neo-Baroque altars. In the Middle Ages, unlike Gothic, Romanesque architecture forms, practically, did not reach Lithuania in time. Absence of any tradition was reflected in the Neo-Romanesque style churches of this country, in which the interior equipment used to to obtain other stylistic forms. 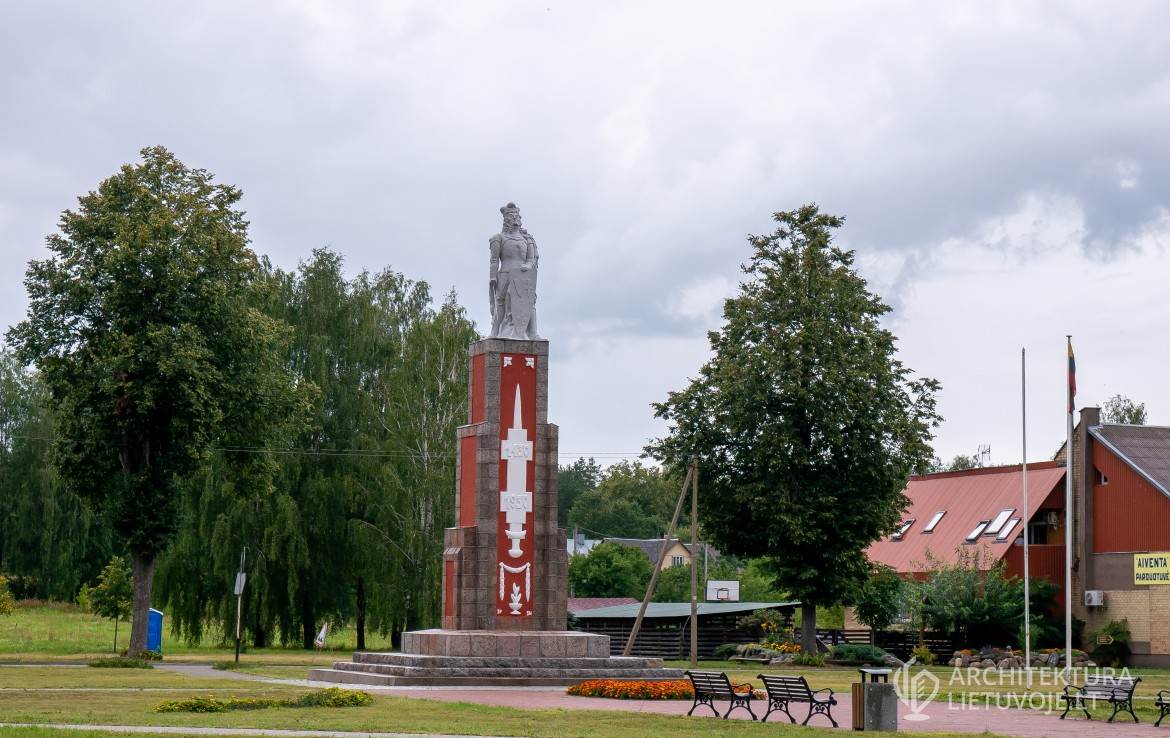 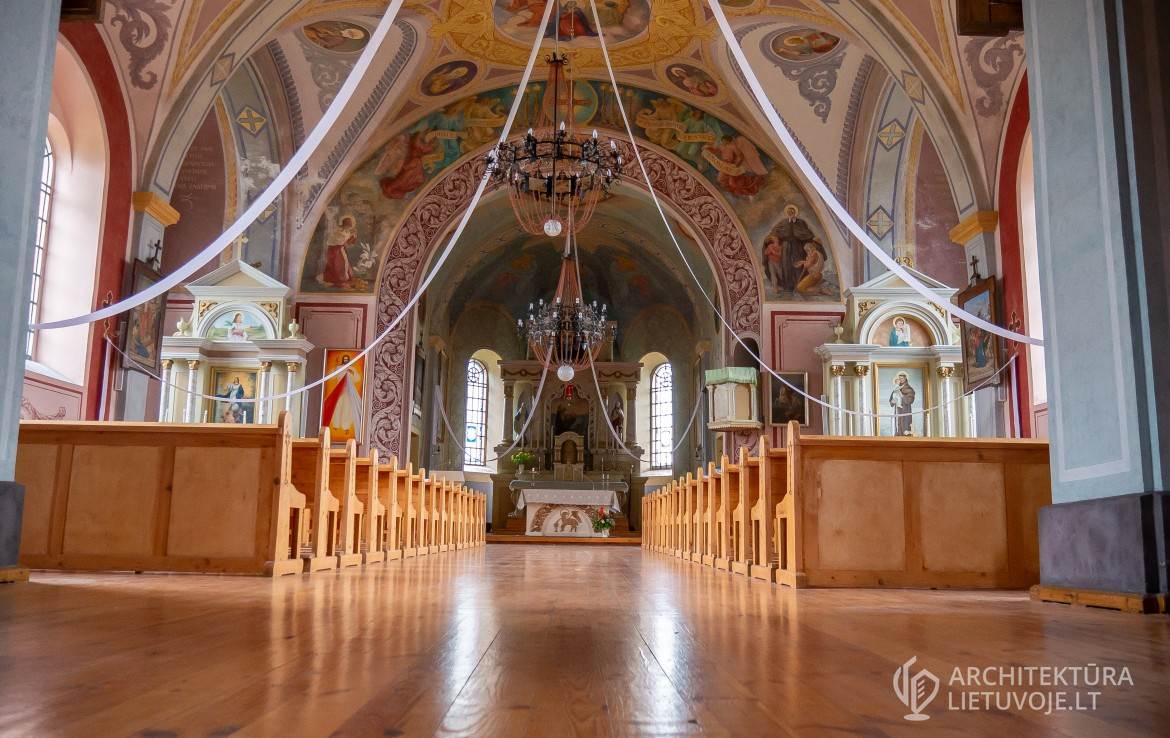 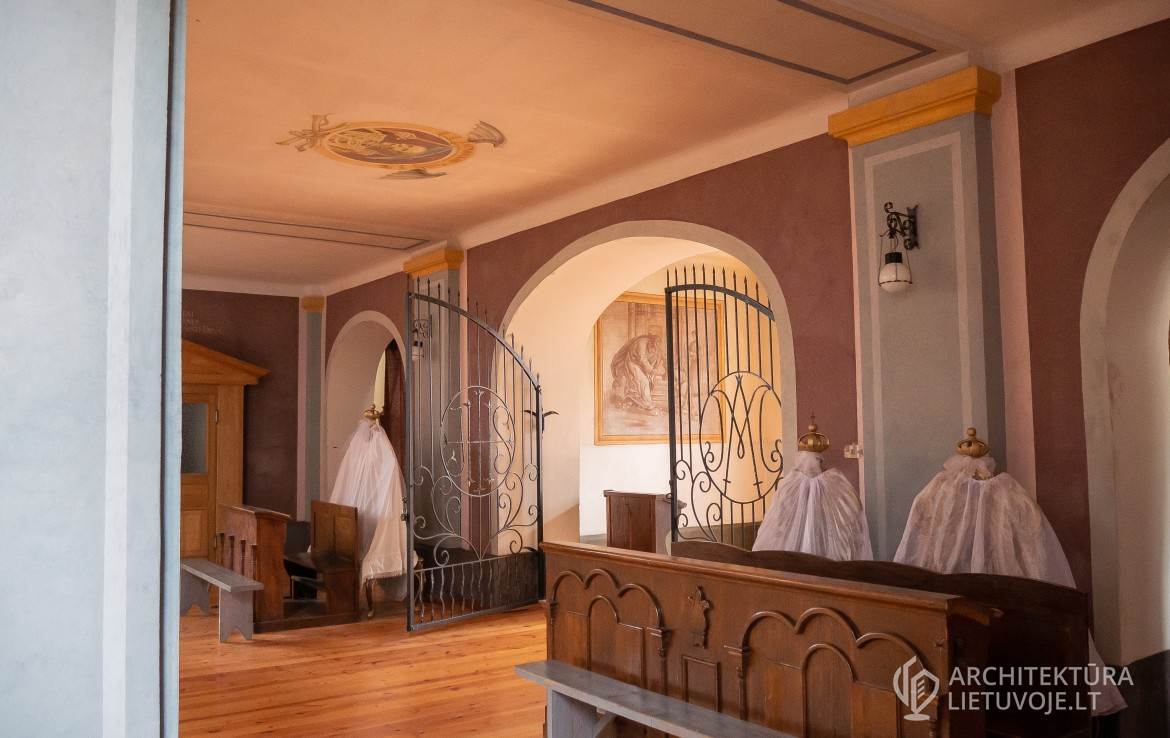 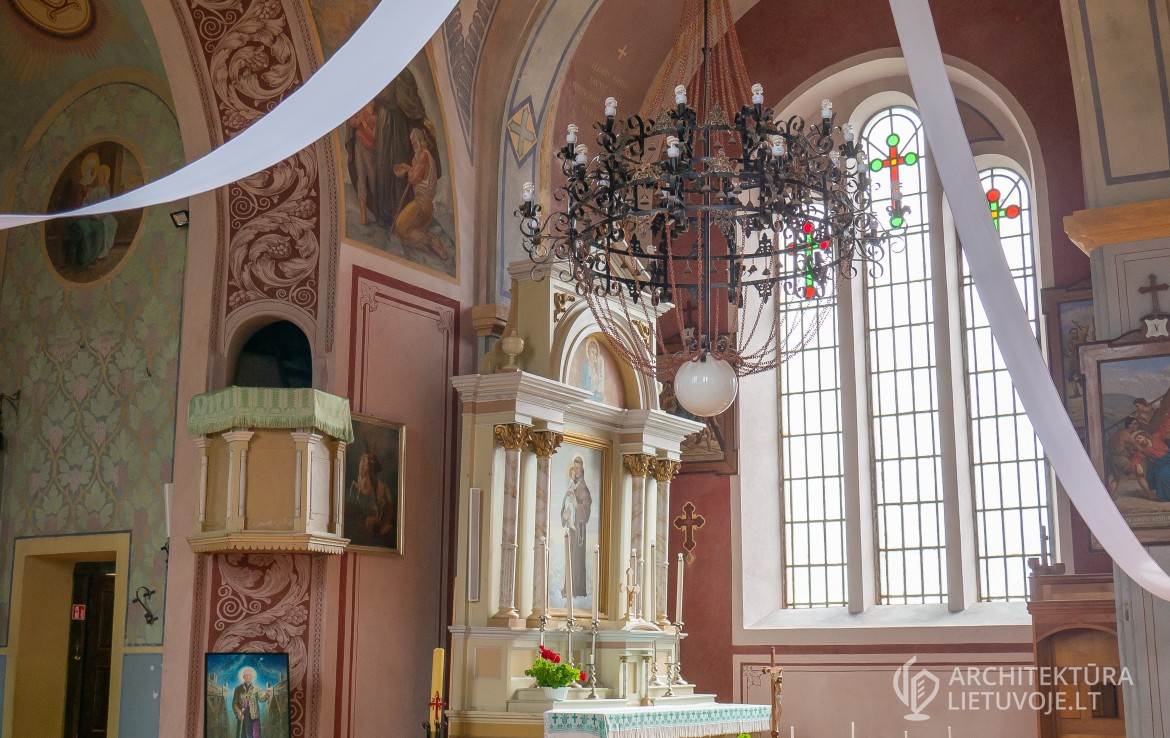 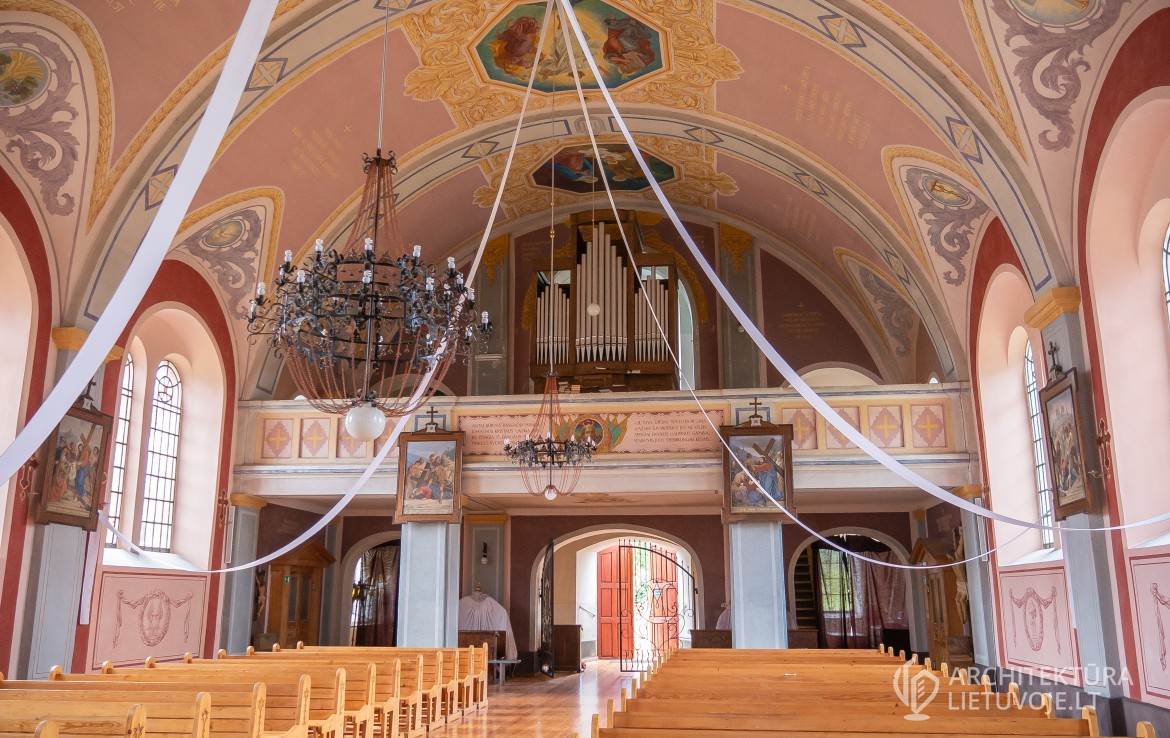 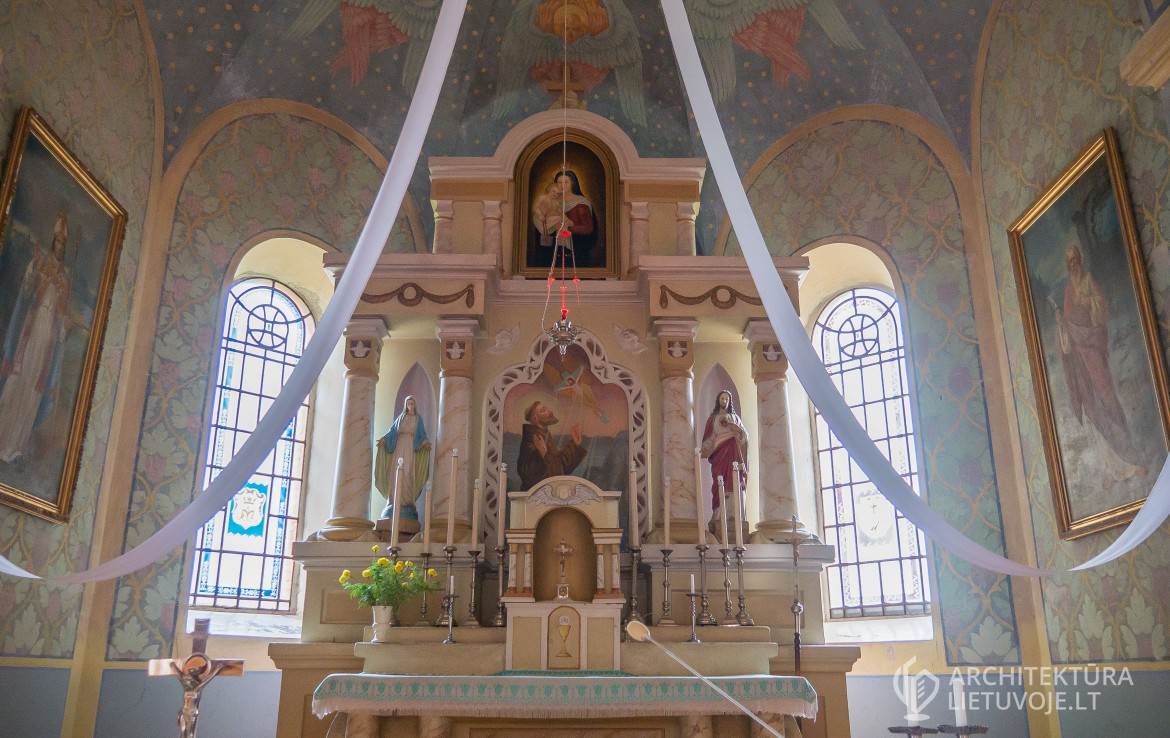 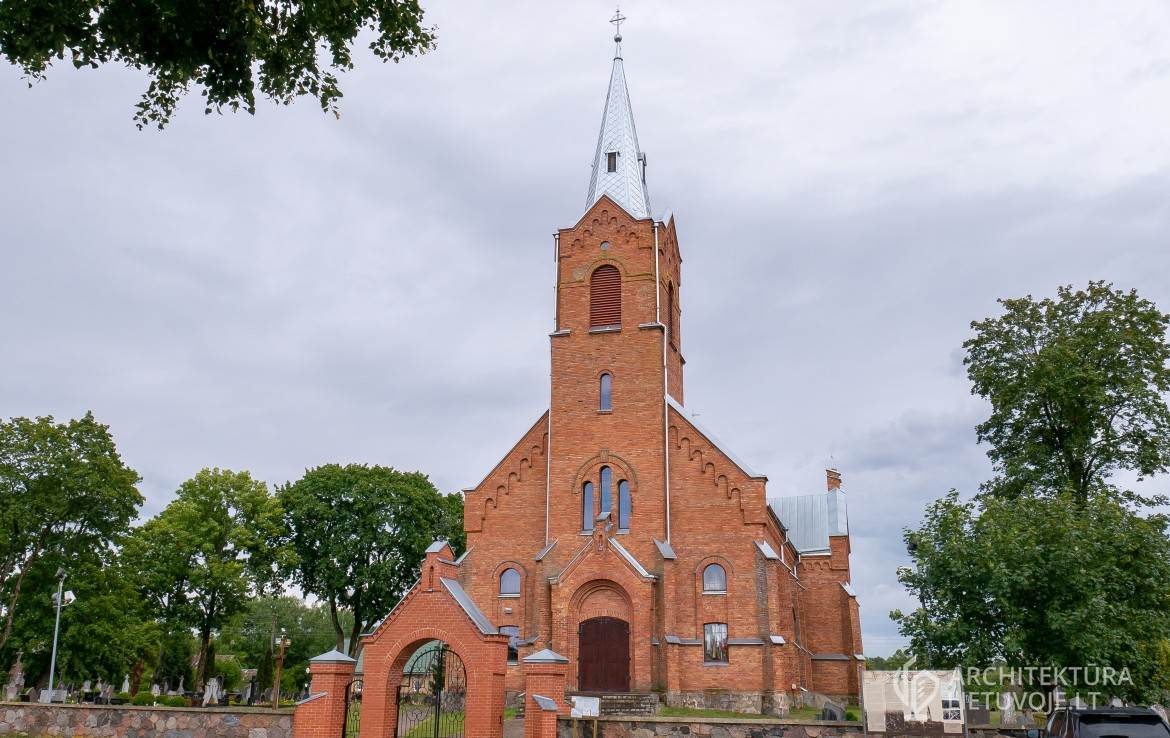 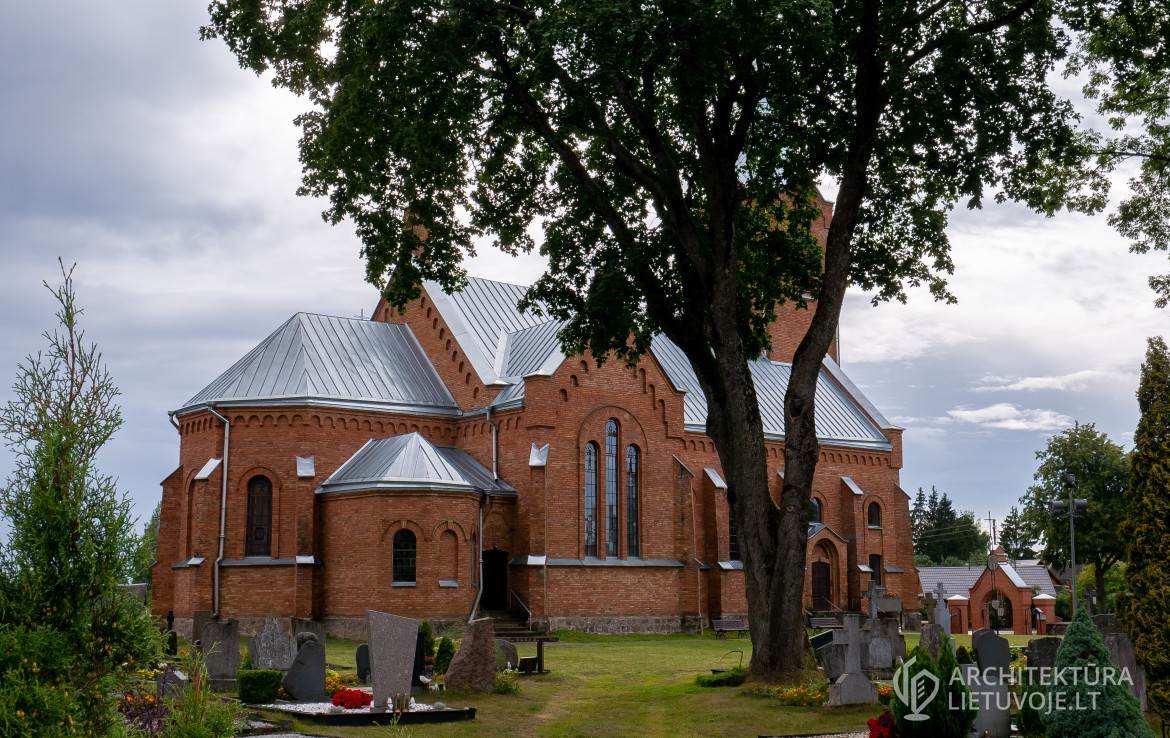 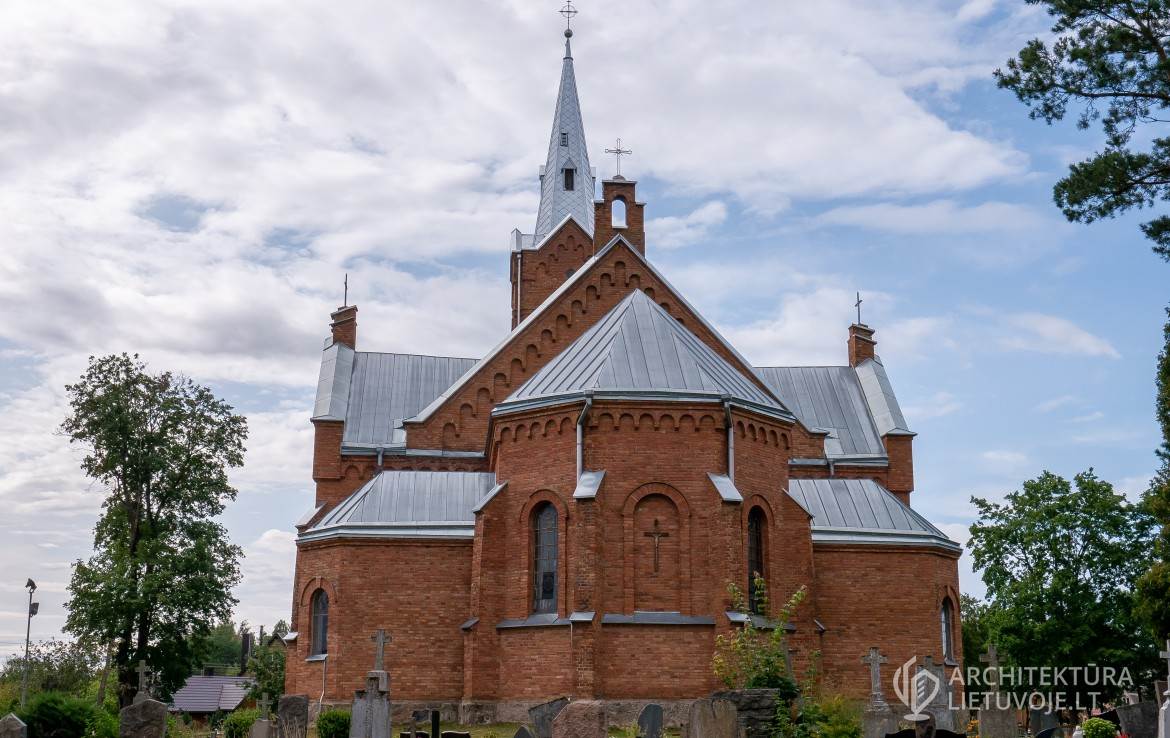 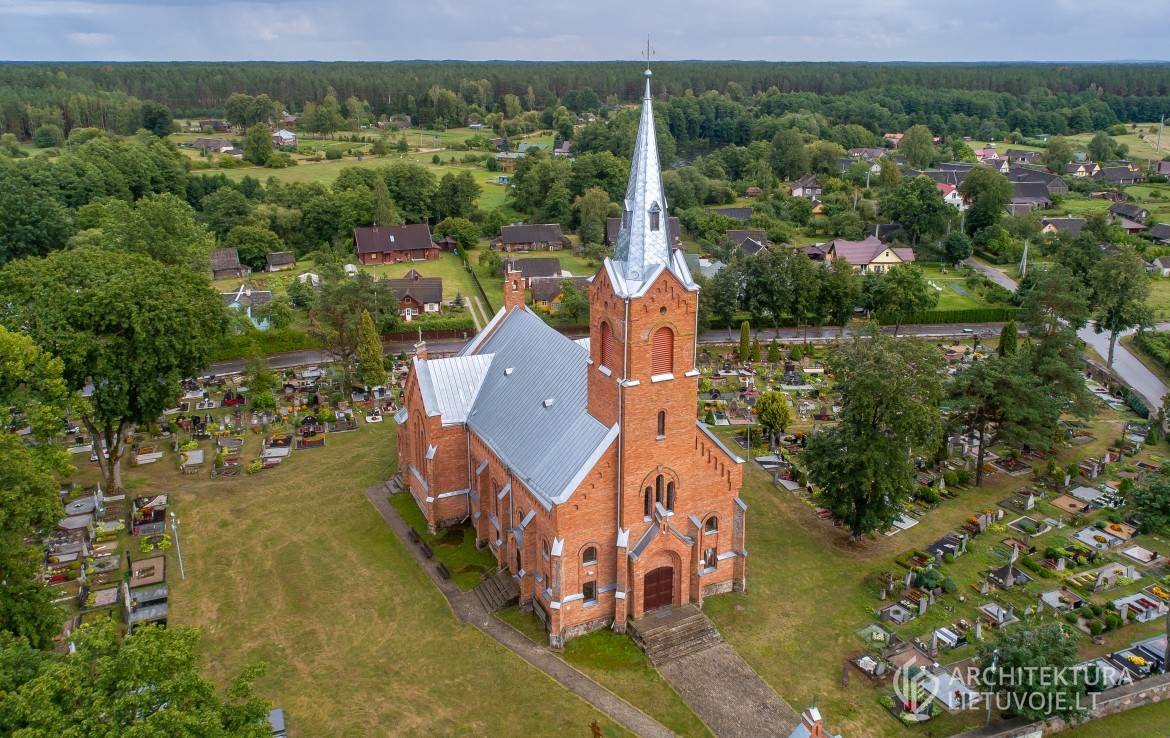 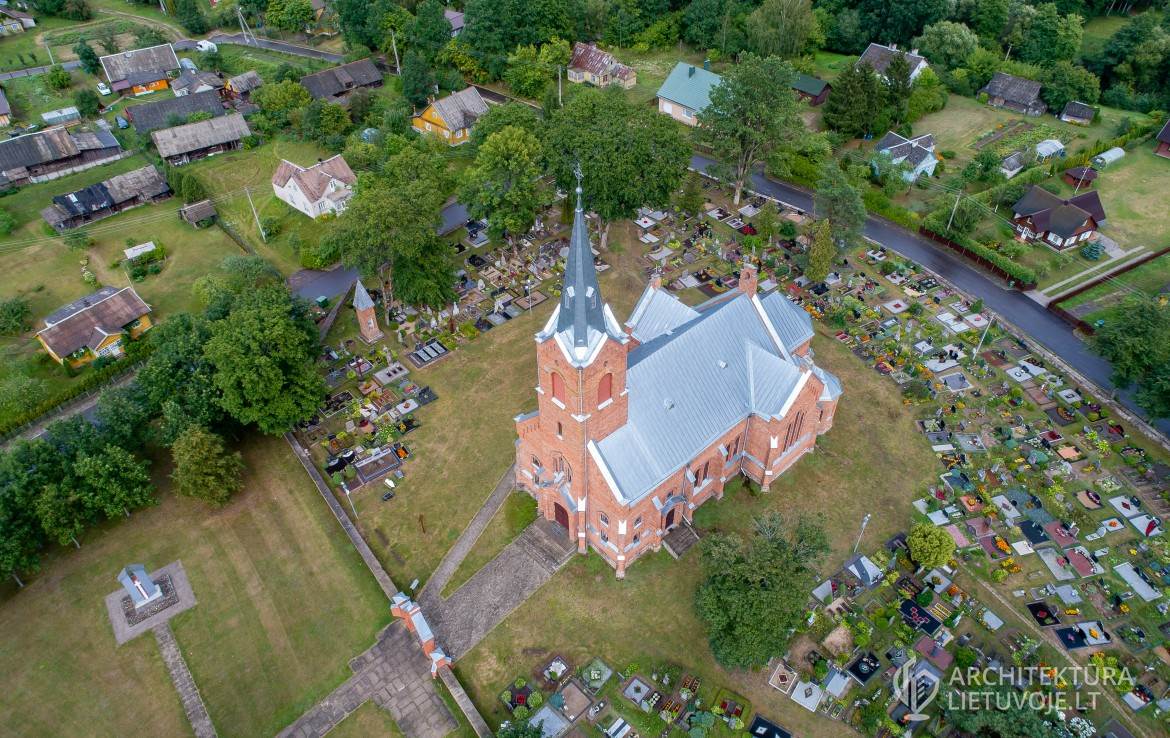 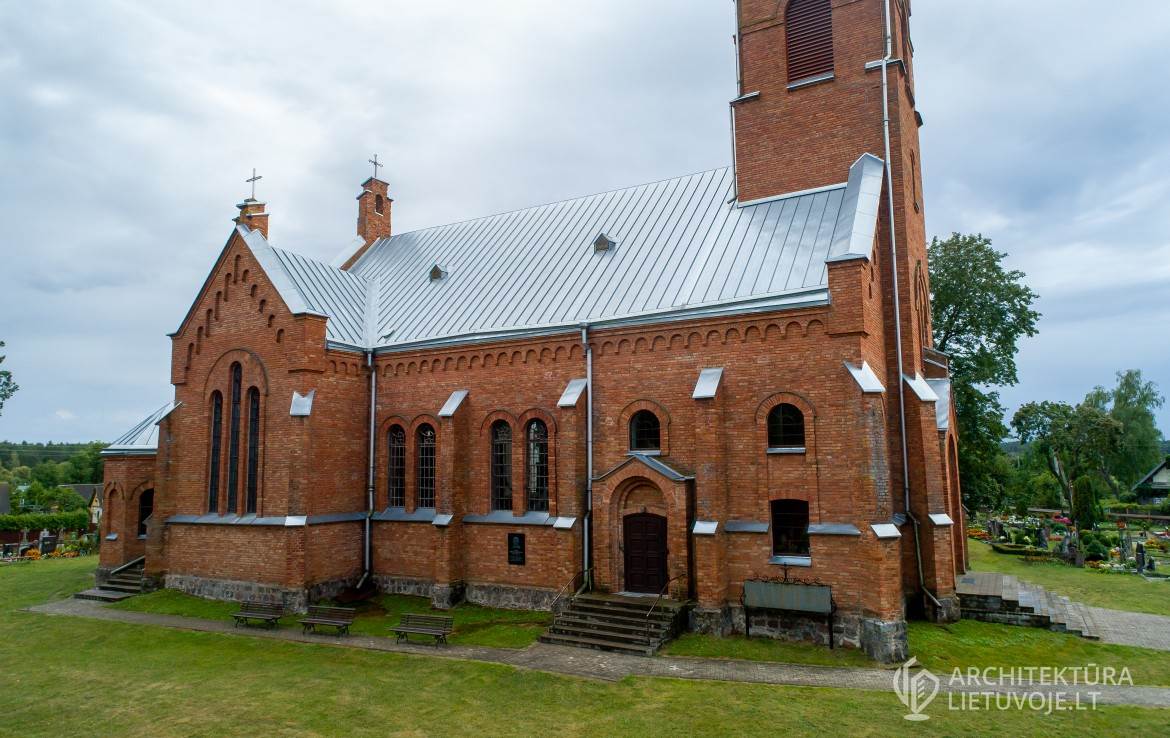