For many centuries the pier of Kaunas was the economic heart of the city. It’s no surprise that merchants used to establish in the former blocks nearby. The witness of the prosperity of the city in the 15th century is the so-called the House of Perkūnas built at that time, which is considered to be one of the oldest residential buildings in the city. Surviving the wars, fires and other misfortunes, today it remains the only building in this block reminding of those times. After one of the fires in the 17th century the entire block was combined into a single plot of Jesuits, the greater part of it today is occupied by the ensemble of buildings of the latter Order. The former merchant’s house has also been a chapel once, and in the middle of the 19th century it was even one of the first theatres of the city.

Although the building has been reconstructed according to the needs of each period, its most exceptional part – the pediment, which can rightly be considered one of the most charming reflections of the brick Gothic in the Lithuanian secular architecture – has survived the flow of the history for the most part. Even though the authors of the medieval buildings remain unknown to us in almost all cases, Vladas Drėma had even raised a theory, when studying the expression of the building, that the building was designed by the same person who worked with the Church of St. Anne in Vilnius. The lively pediment is separated from the lower part of the façade by the frieze divided into rectangular parts, enriched with the décor of profiled bricks. The number of bricks of different profiles used on the eastern façade alone is impressive – even sixteen types have been counted. The bay window – protruding part of the façade on the second floor – was often incorporated in the buildings of that time also as a solution to use it for the defence purposes when needed.

The building acquired its current appearance in 1960s. After numerous reconstructions the building had lost its Gothic appearance – it was covered by a layer of plaster, the arrangement and the size of windows were changed. The steep roof had also disappeared, and therefore the remaining pediment protruded above the volume of the building of that time, and the structure was quite lengthened by the extension from the back of it. The restoration of the building was based on architectural studies; therefore, it is considered that the majority of the parts were restored relatively thoroughly. It’s true, the much more modest pediment of the back façade was restored according to a single drawing, and the stairs on the south side of the building were attached basing more on other architectural elements of the building. Partially remaining interior layout of the building was completely restored according to the assumed original state. It is considered that commercial and the warehouse functions used to be developed on the first floor, while the premises of the second floor were residential. 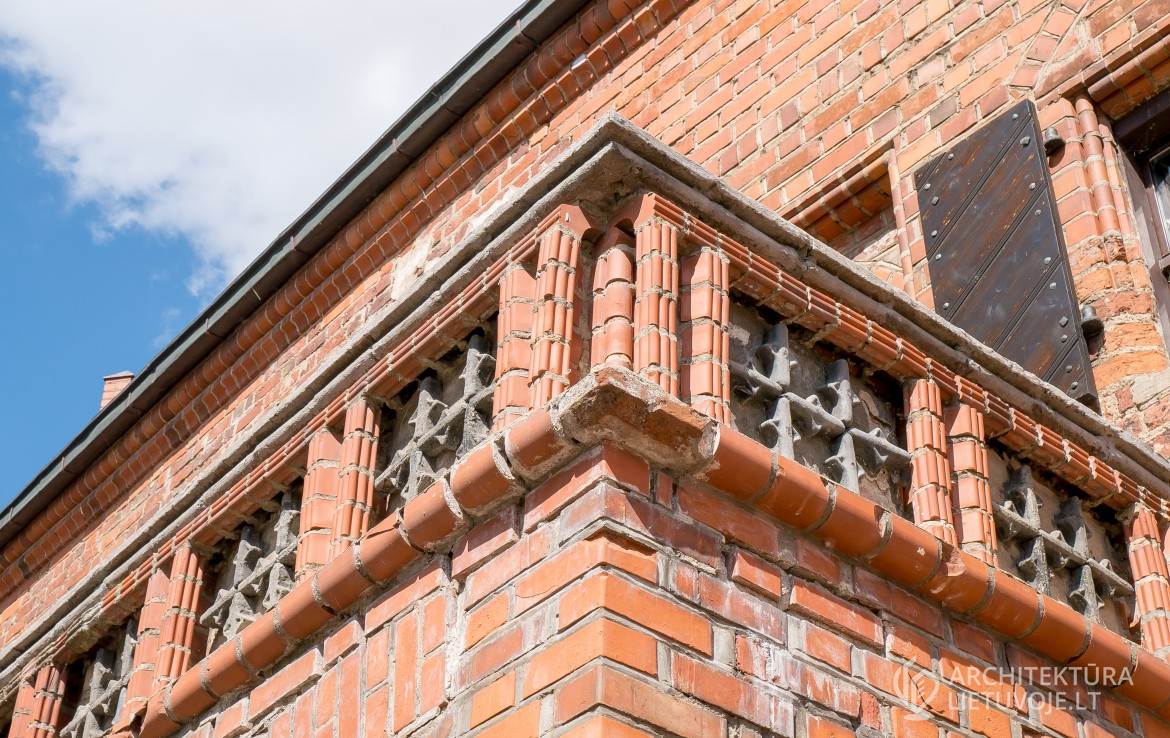 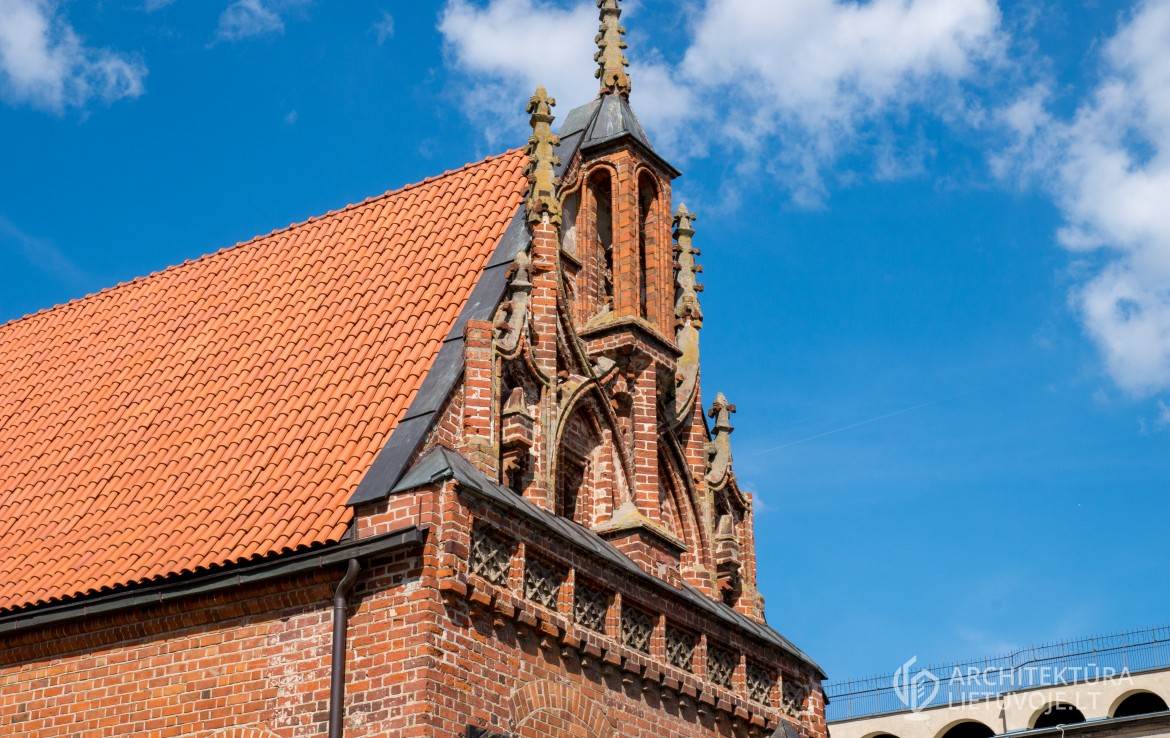 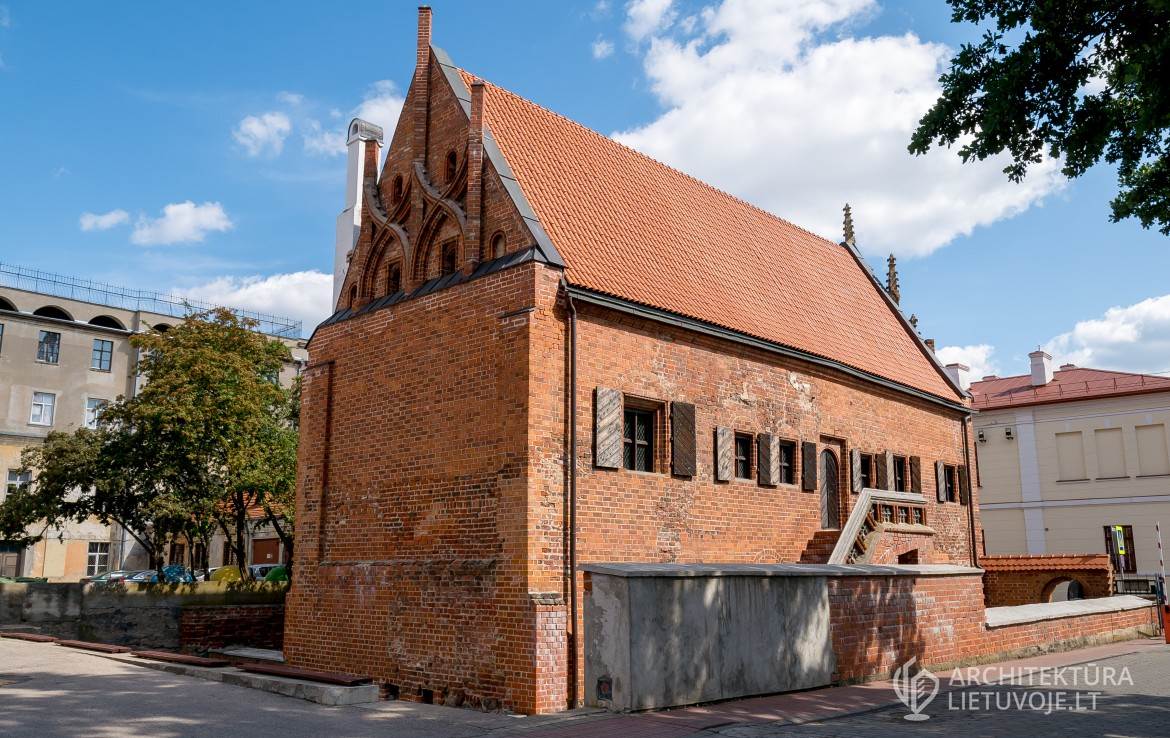 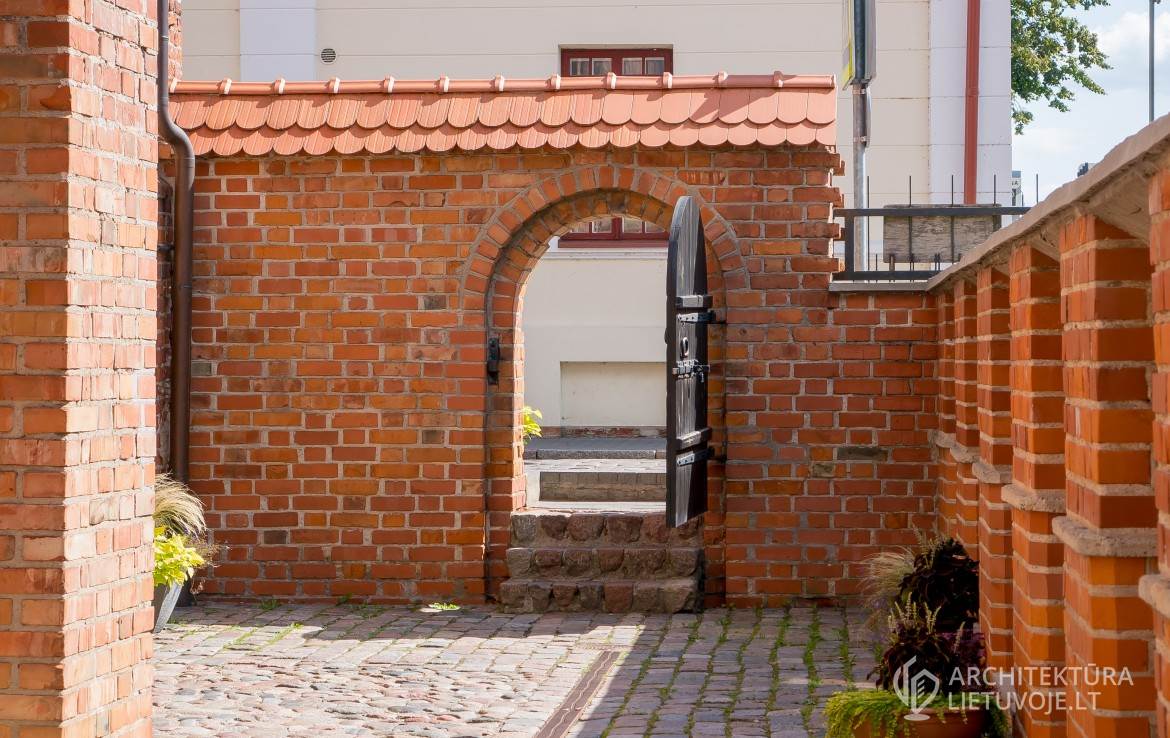 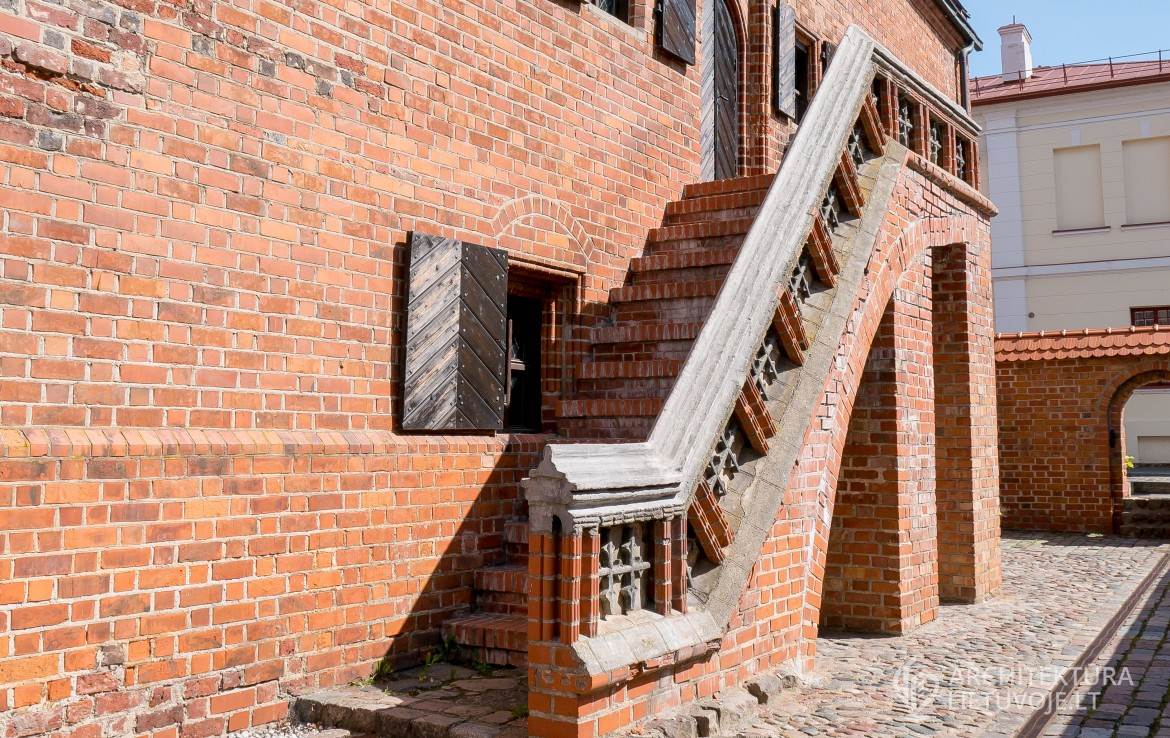 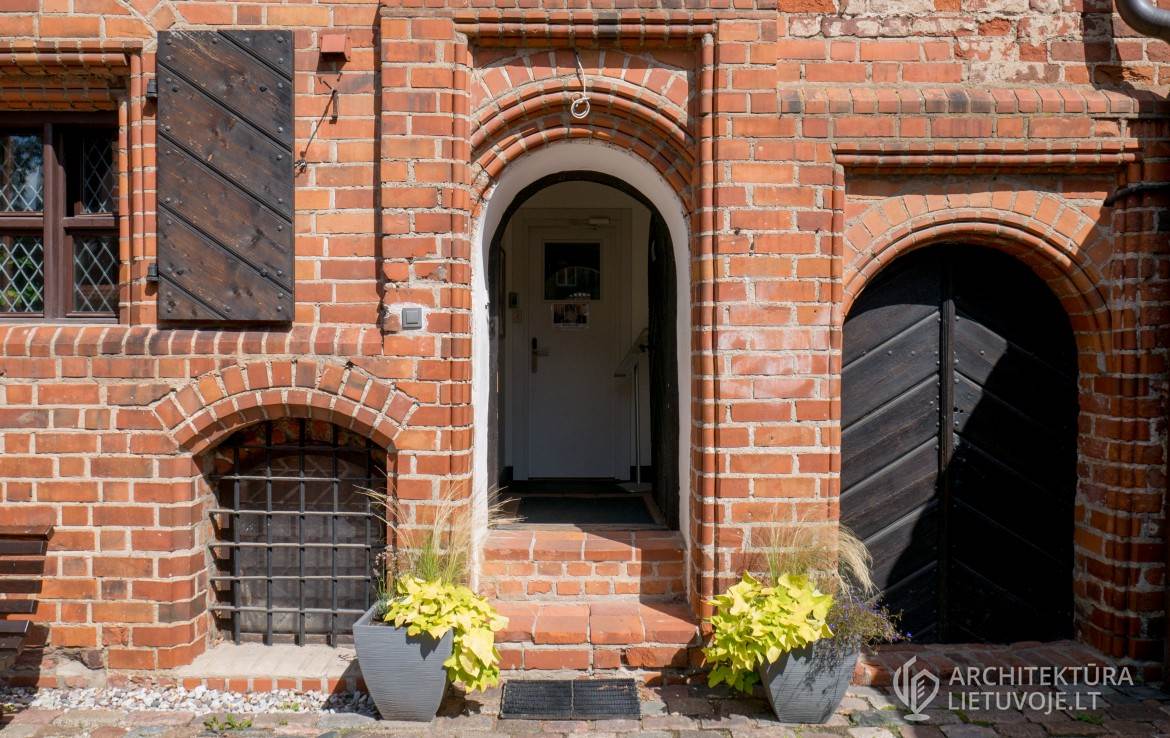 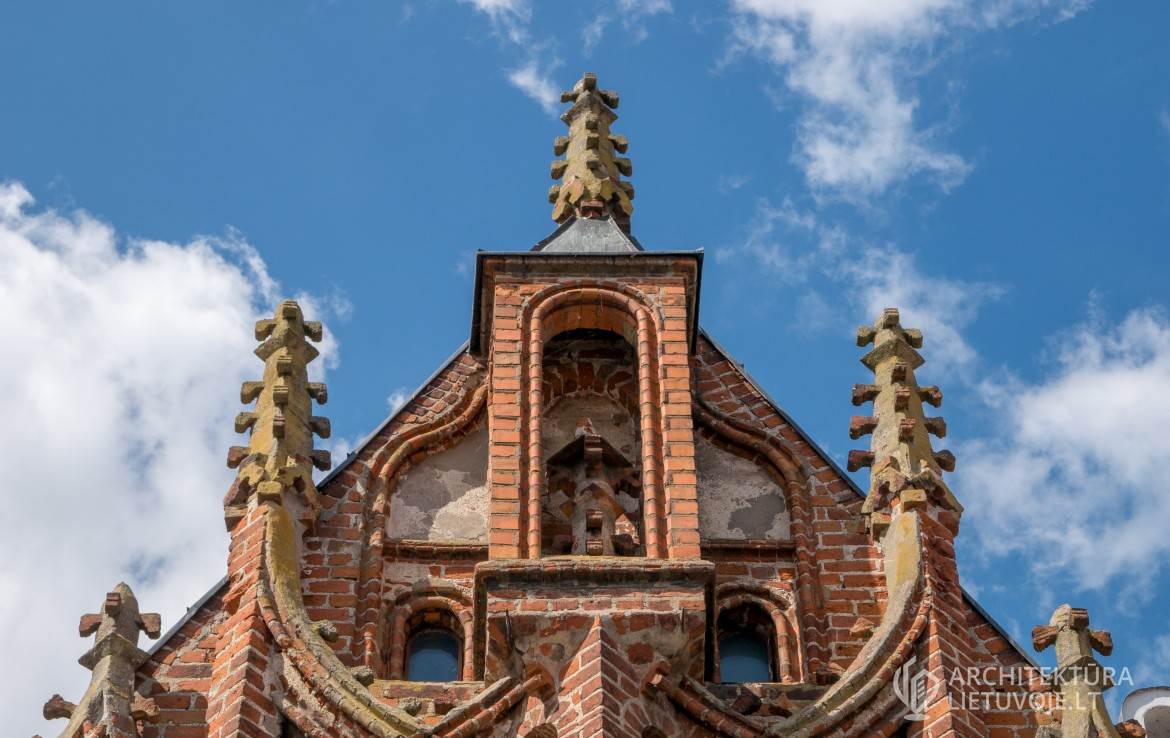 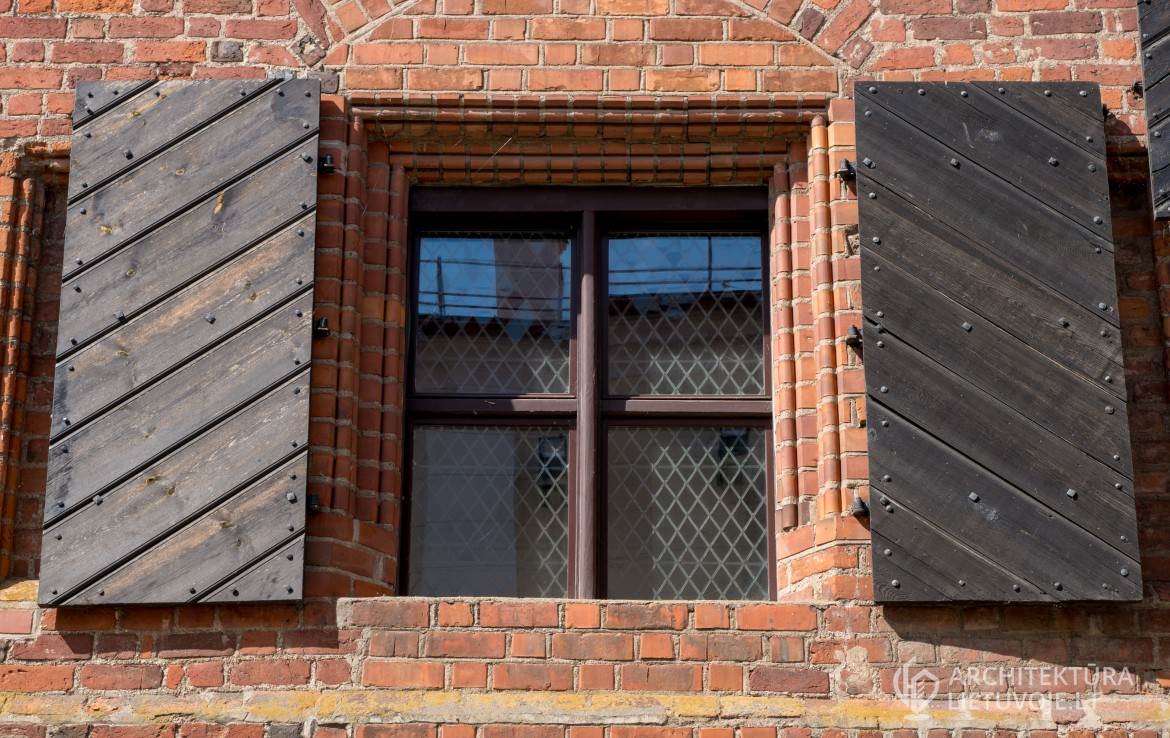 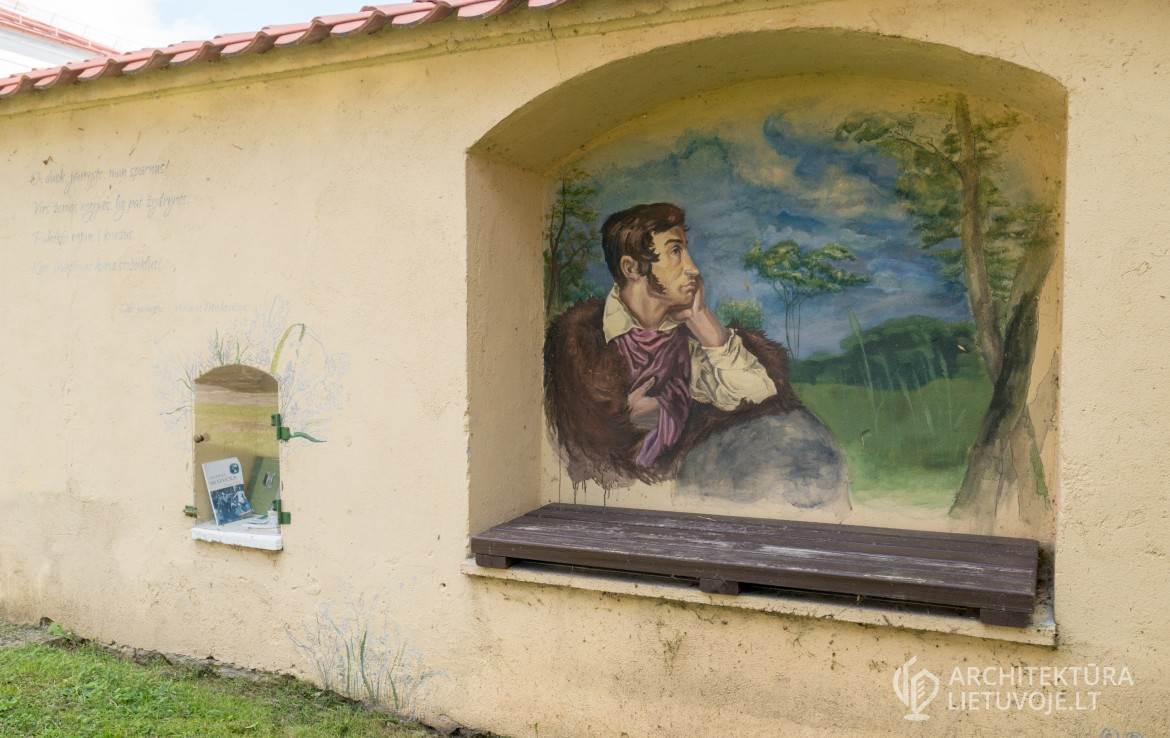 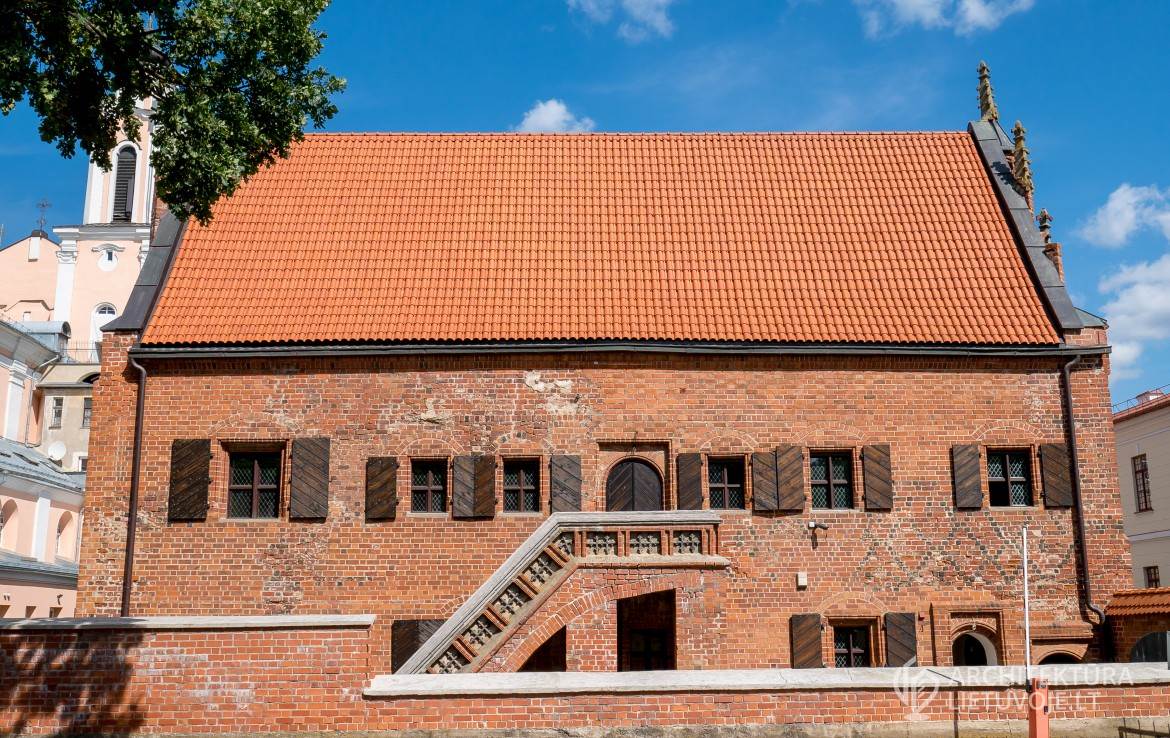 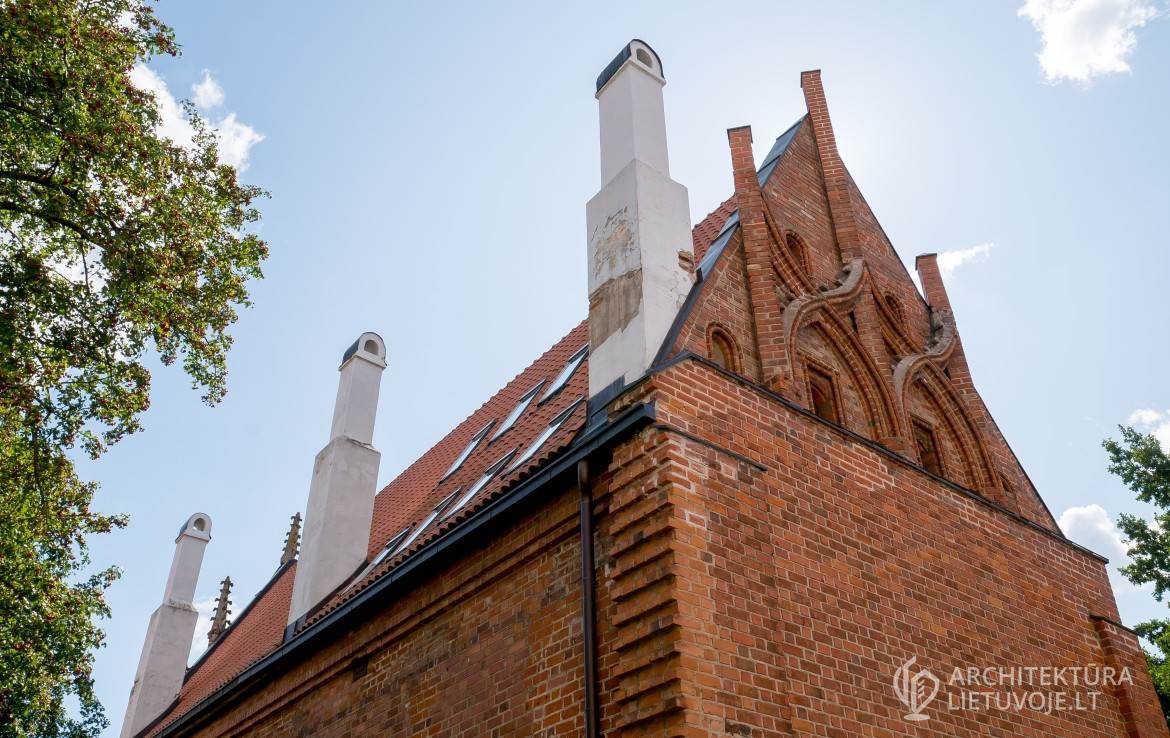 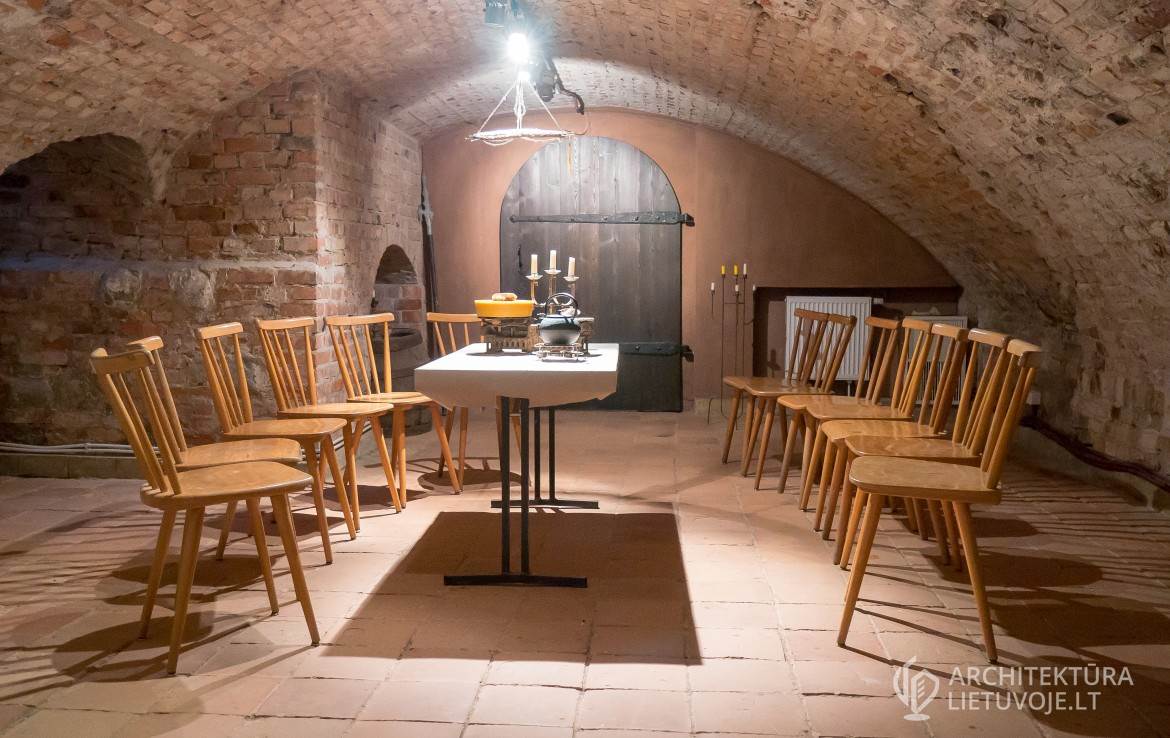 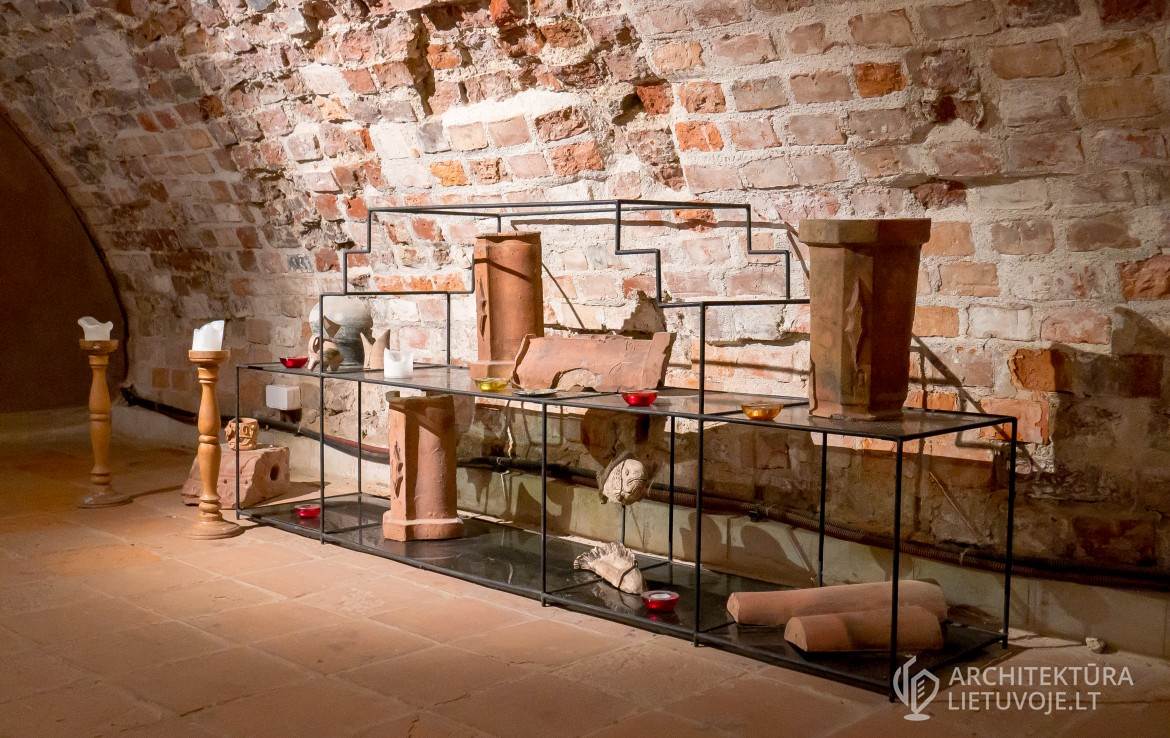 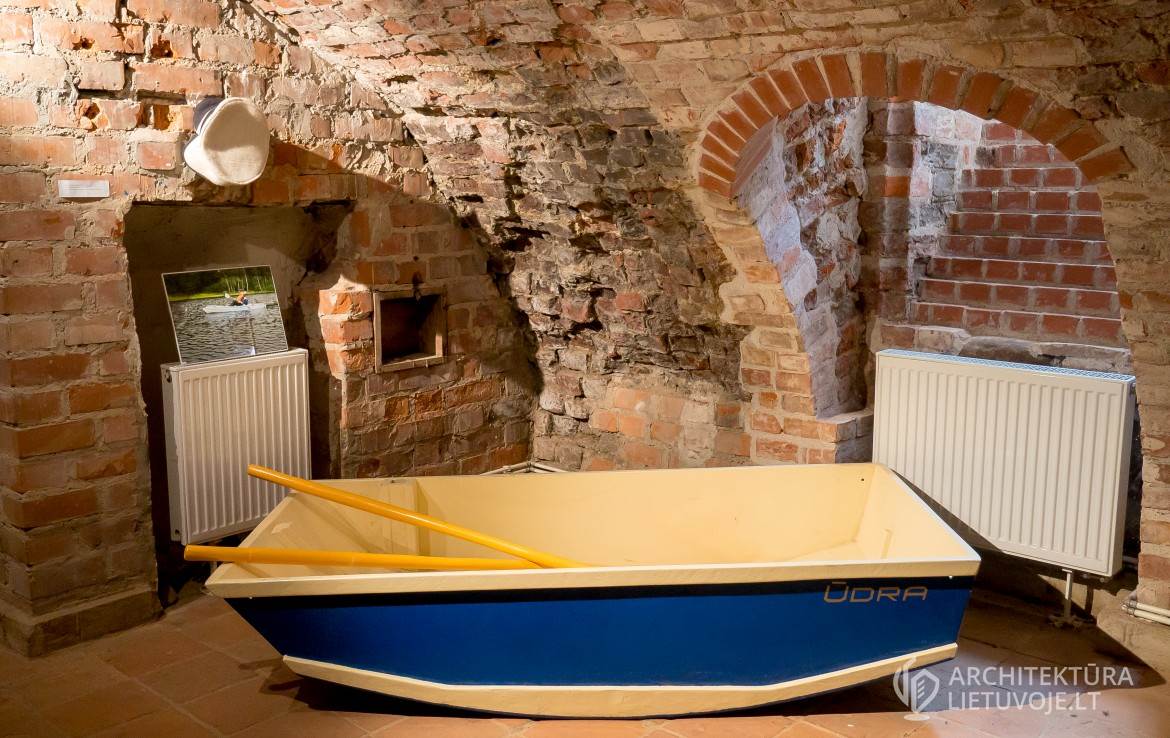 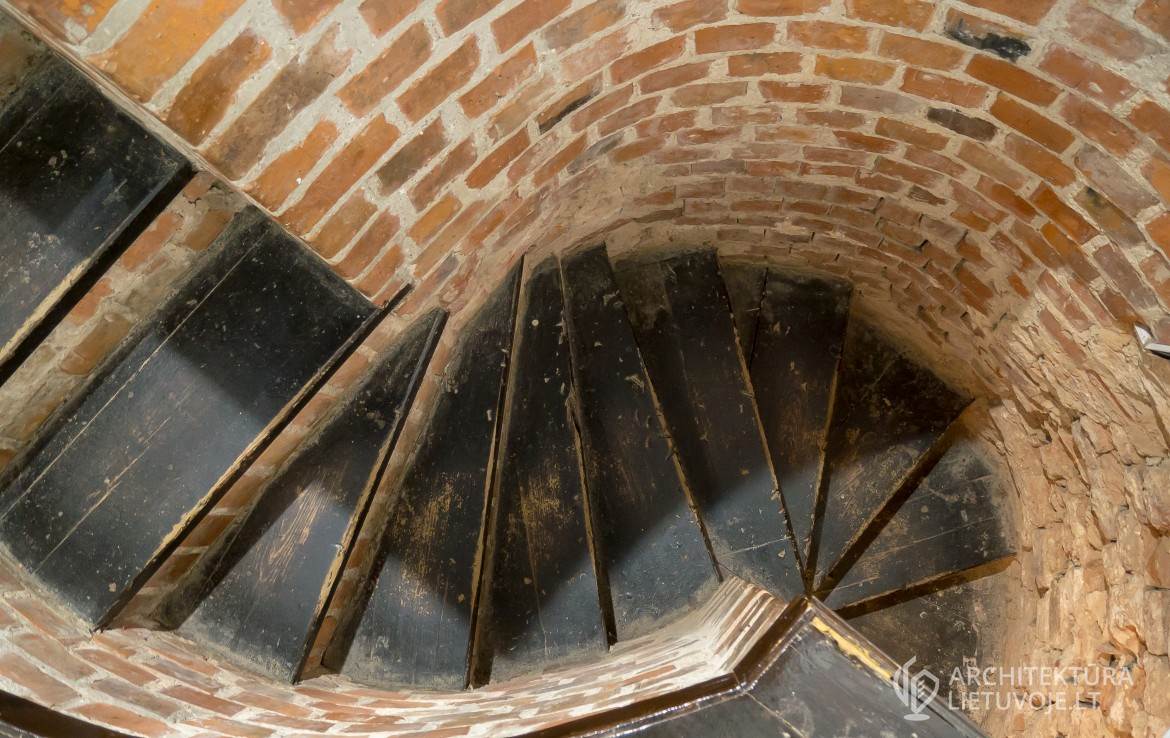 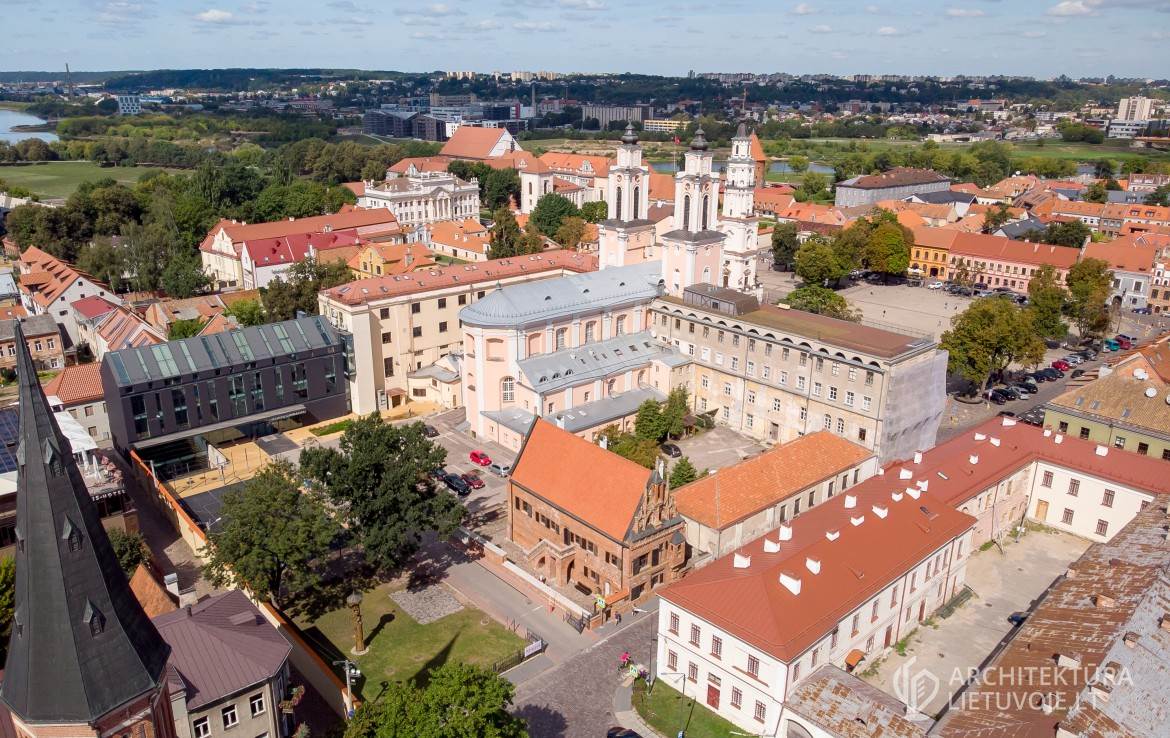 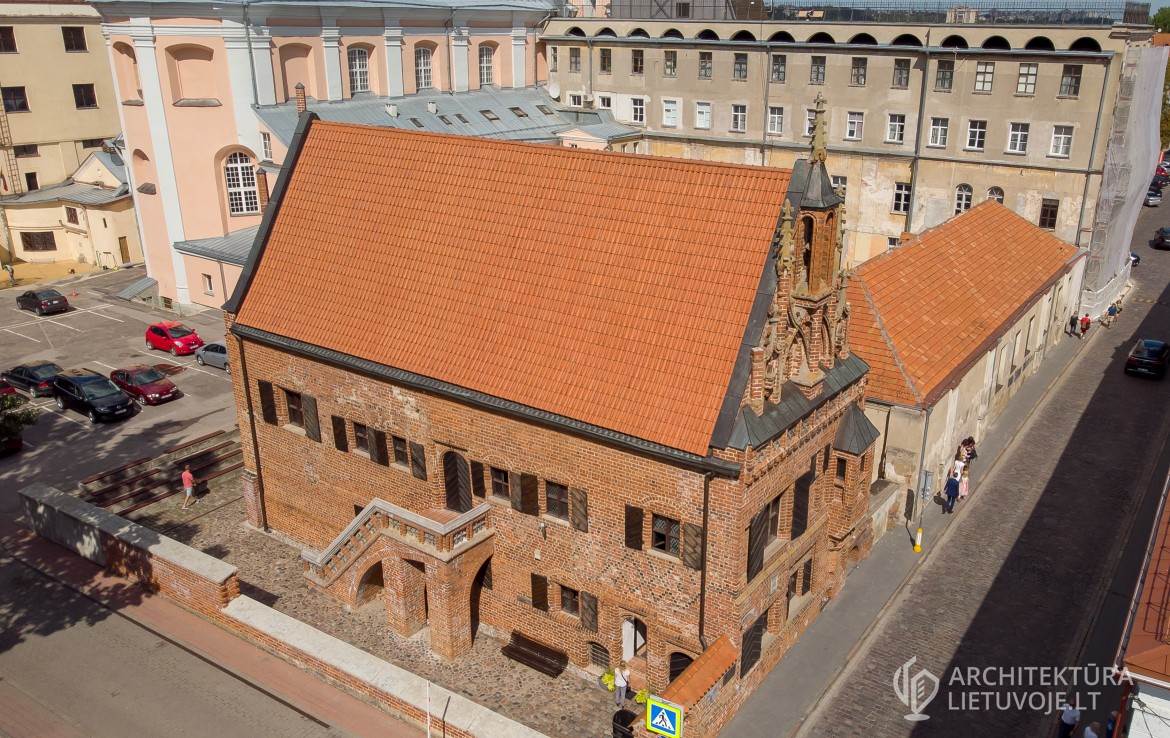