The new Church of the Sacred Heart of Jesus in Pažėrai

The new Church of the Sacred Heart of Jesus in Pažėrai

The sight of those who travel from the temporary capital towards Kazlų Rūda is caught by a building of unusual forms. This is the new Pažėrai church designed by Stasys Kudokas, one of the most famous and productive architects from Kaunas of an interwar period. The building, the construction of which was started by parson Jonas Rugys in 1936, was supposed to replace the old, wooden church standing nearby, where it was becoming increasingly difficult to house all the local parishioners. Although modernism did not penetrate into the rather conservative architecture of Catholic churches, but the echoes of the style increasingly appeared in the construction of the new sanctums in 1930s. The new Pažėrai church could not be completed until the Soviet occupation: the building was left undeveloped and not plastered. The Christians regained the church, which was converted into a warehouse, only after the restoration of independence, and in 1997 it was finally sanctified.

The creative style of the architect was highly influenced by his studies in Italy: when designing, he would often use classic elements, and the volumes of the buildings were inspired by the tradition of those lands. Hints of the old Byzantine churches could be observed in the silhouettes of the church: the different volumes of the church ascend gradually upwards, towards the drum and a low dome covering the central part, which is split by narrow, high windows. And yet, the composition of the building is treated boldly: a semi-circular arch, which is often met in the works of the architect, shoots to the sky above the main entrance; it rises well above the main volume of the church, joining the towers on the sides into one, thus becoming one of the most distinctive towers of Lithuanian churches. The cantered interior of the Greek cross plan is extremely bright: it’s not only illuminated by drum windows, but also the massive vertical windows on the sides. A high, bulky part of the presbytery, completed with a rounded apse, adds to the monumental volume of the building. Churches, the architecture of which replicated the volumes of the old sanctums and highlighted, or even interpreted, the individual, most important elements, using modernist, laconic forms, spread to other European countries – perhaps the architect was influenced by churches built by Italian rationalists.

The new Church of the Sacred Heart of Jesus in Pažėrai - Pažėrai 53325, Lietuva 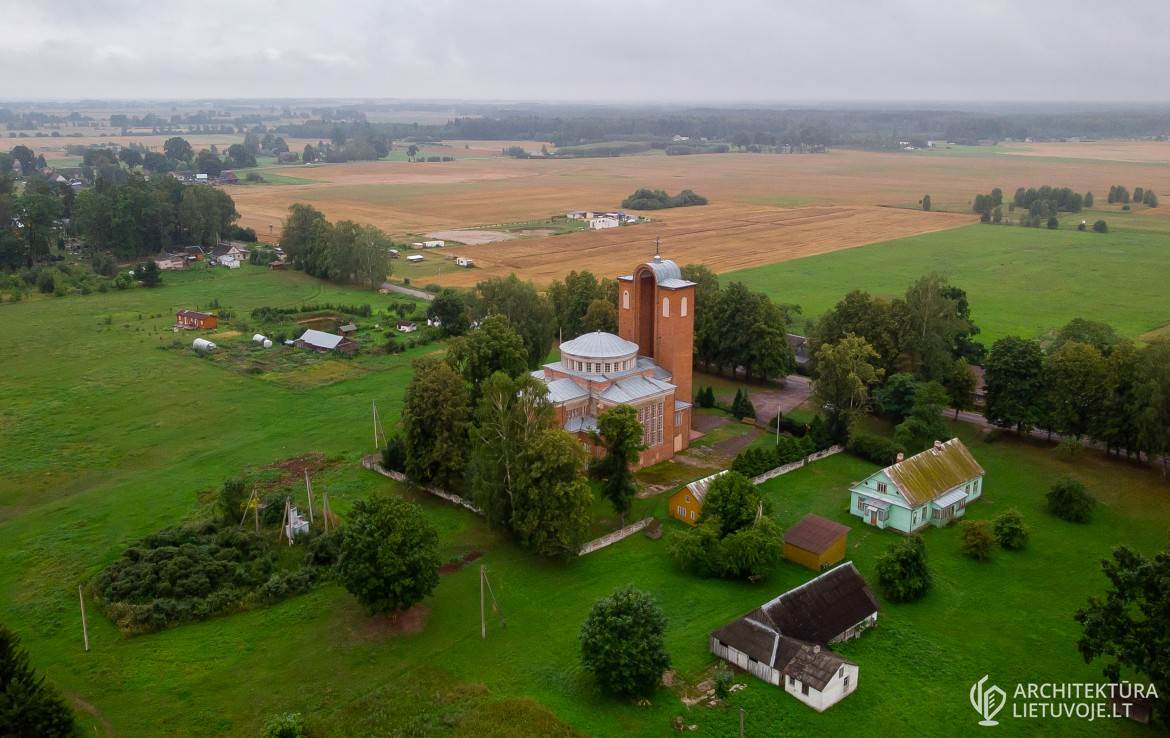 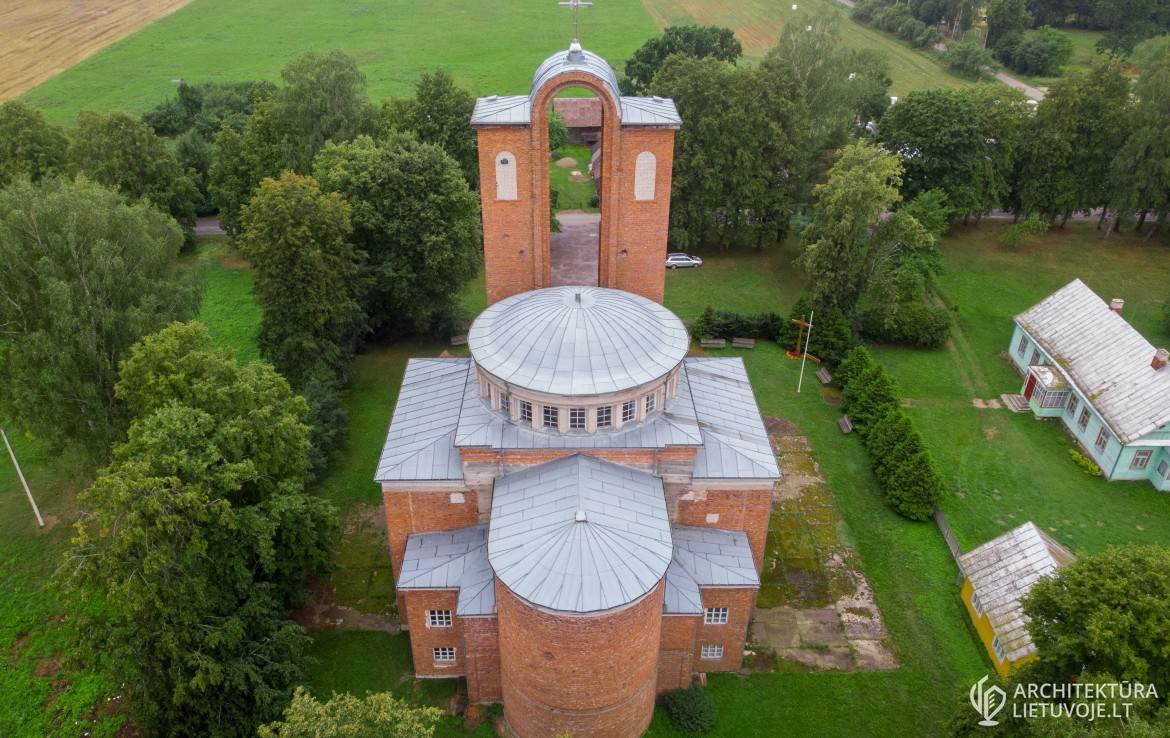 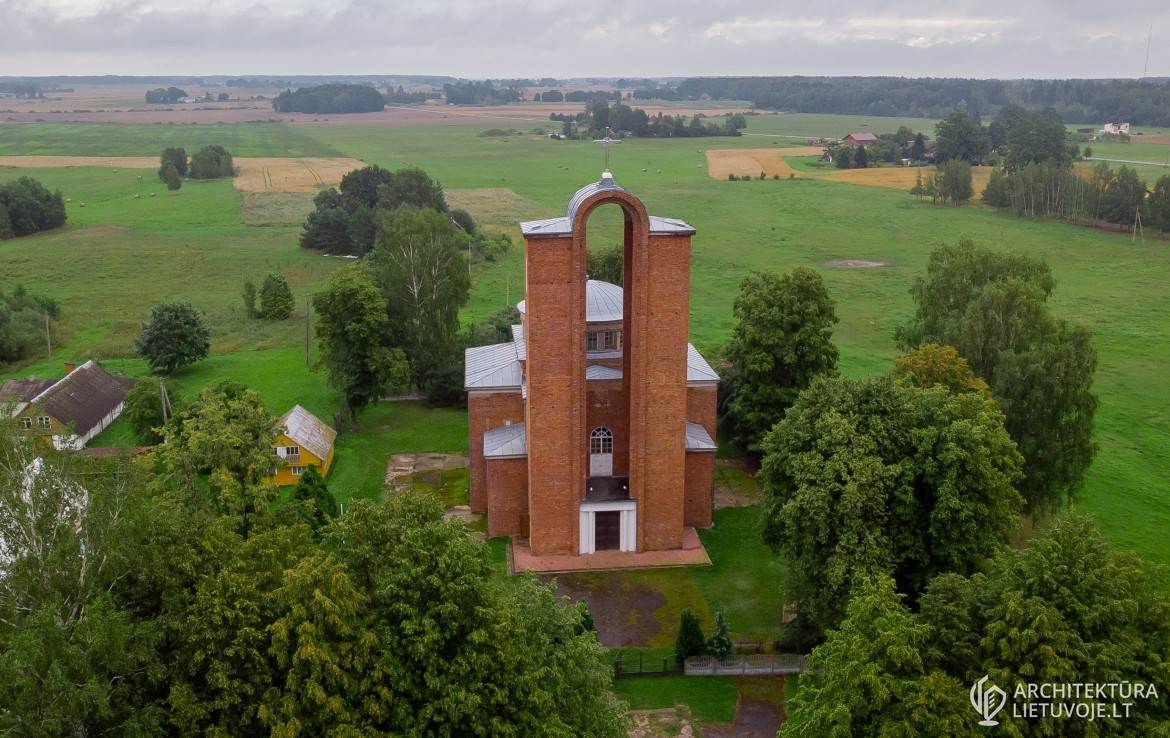 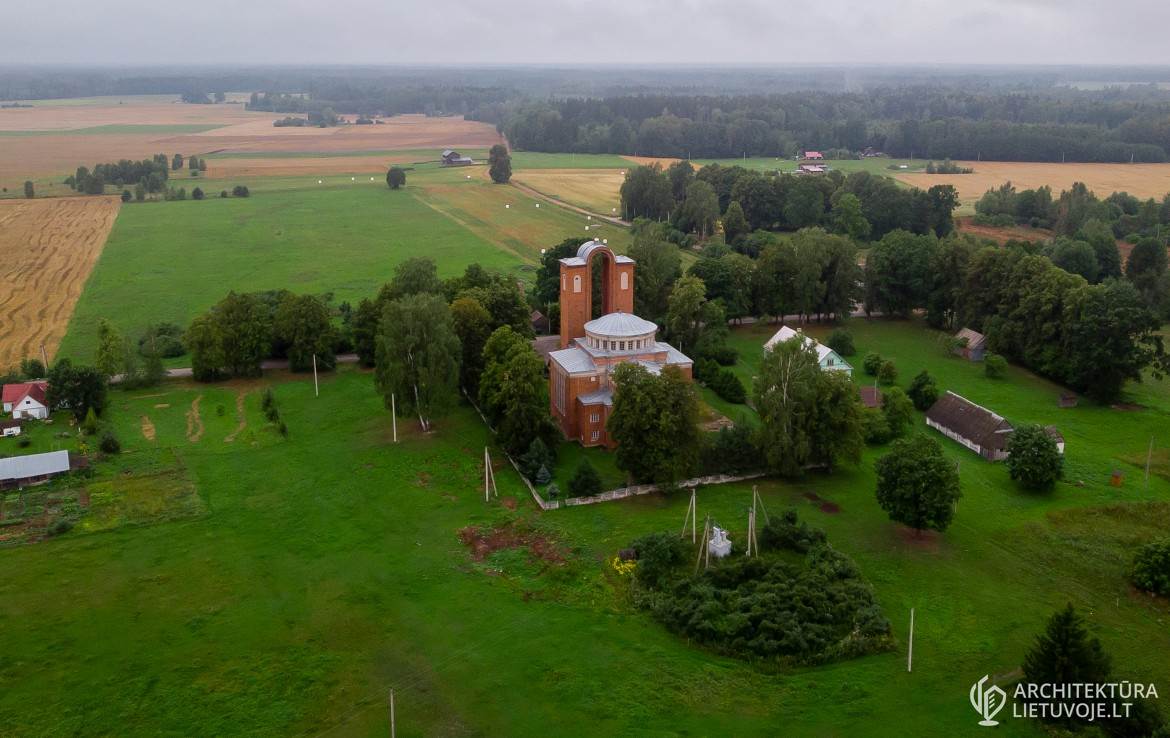 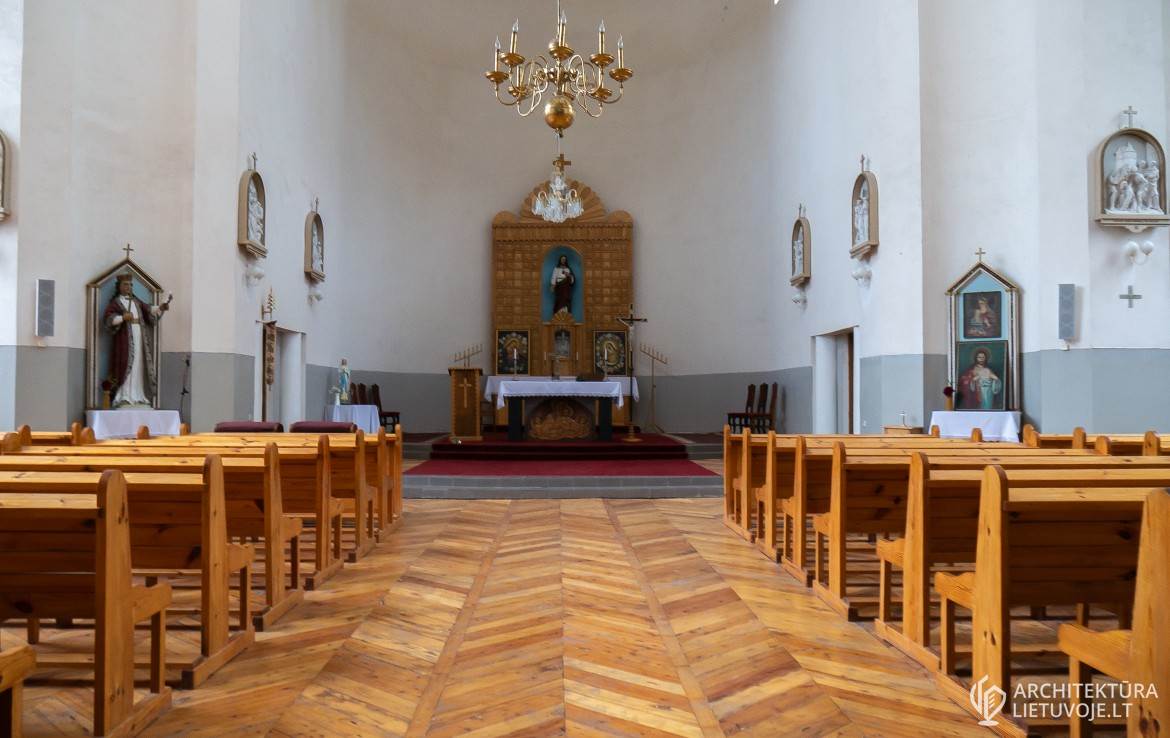 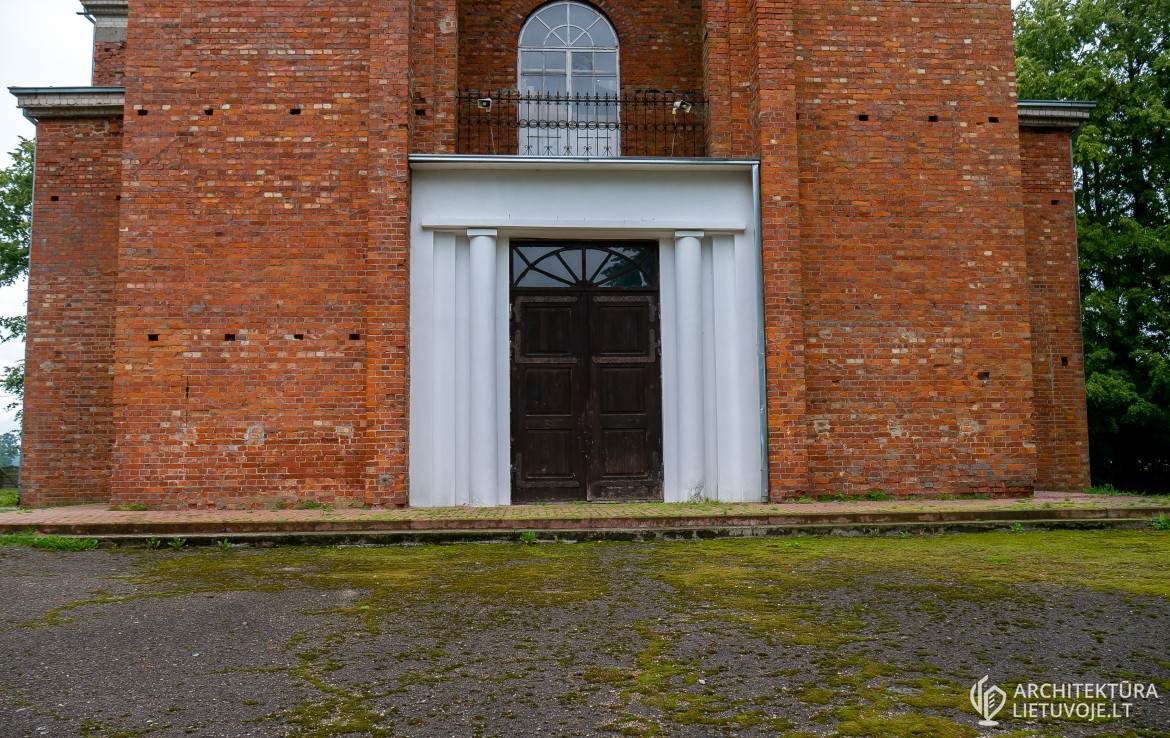 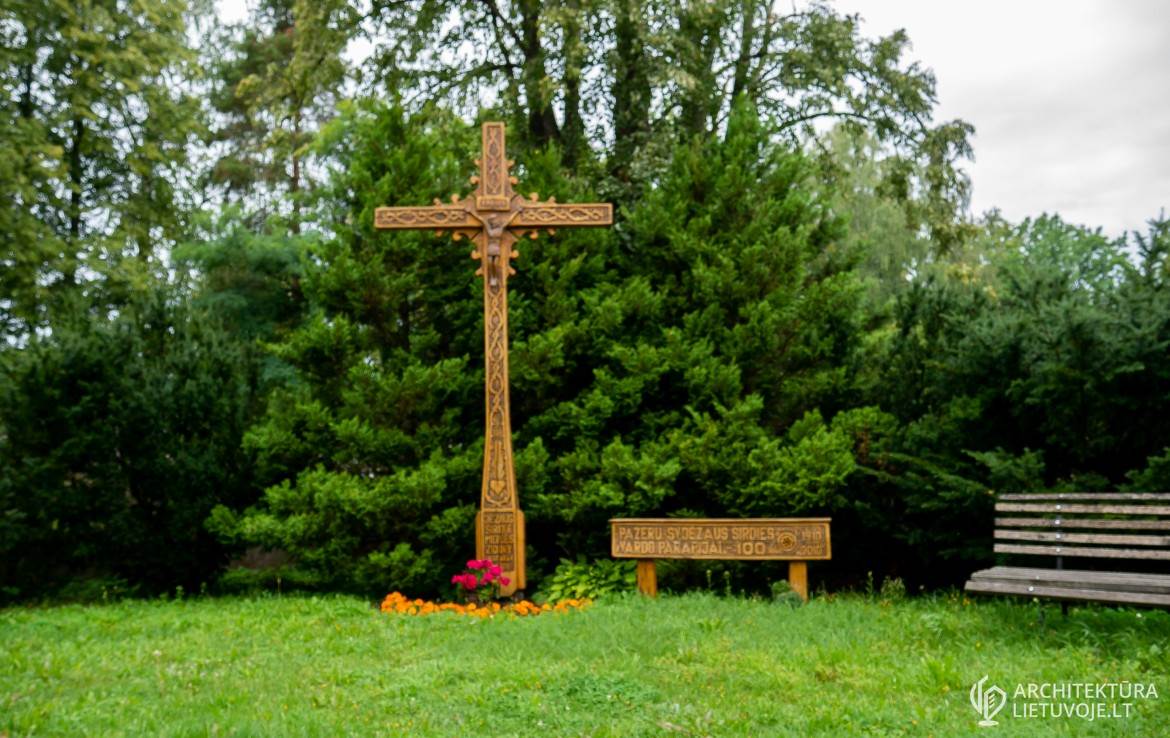 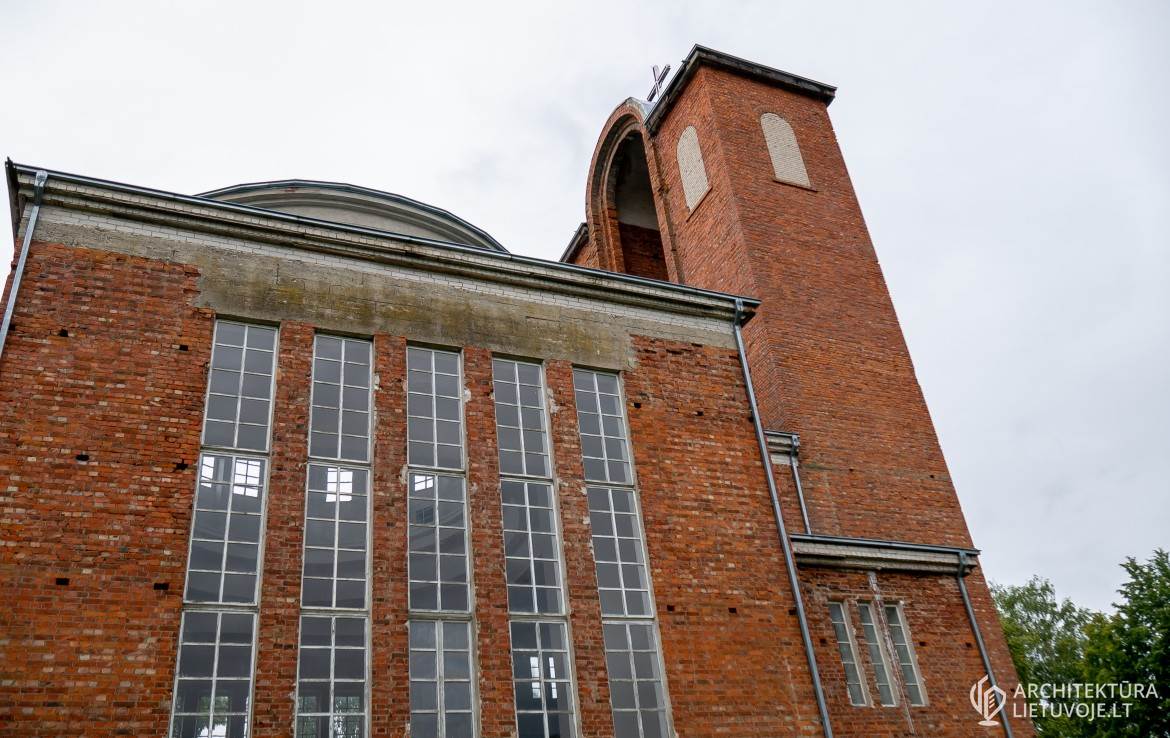 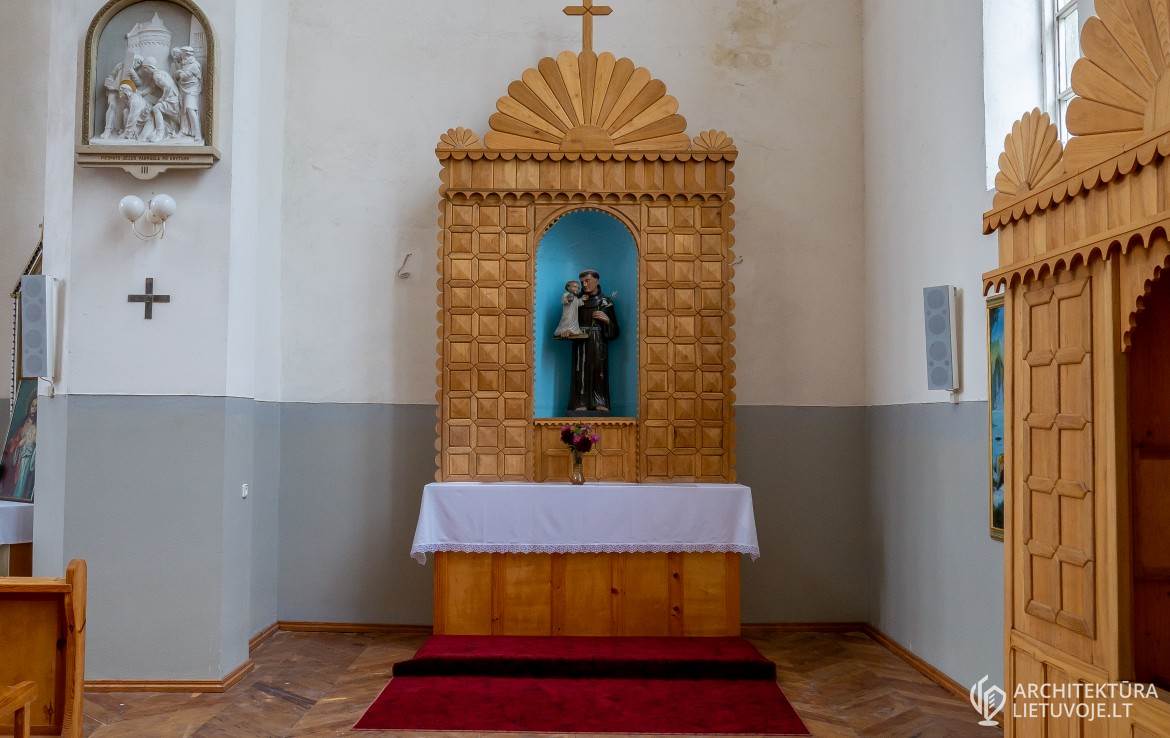 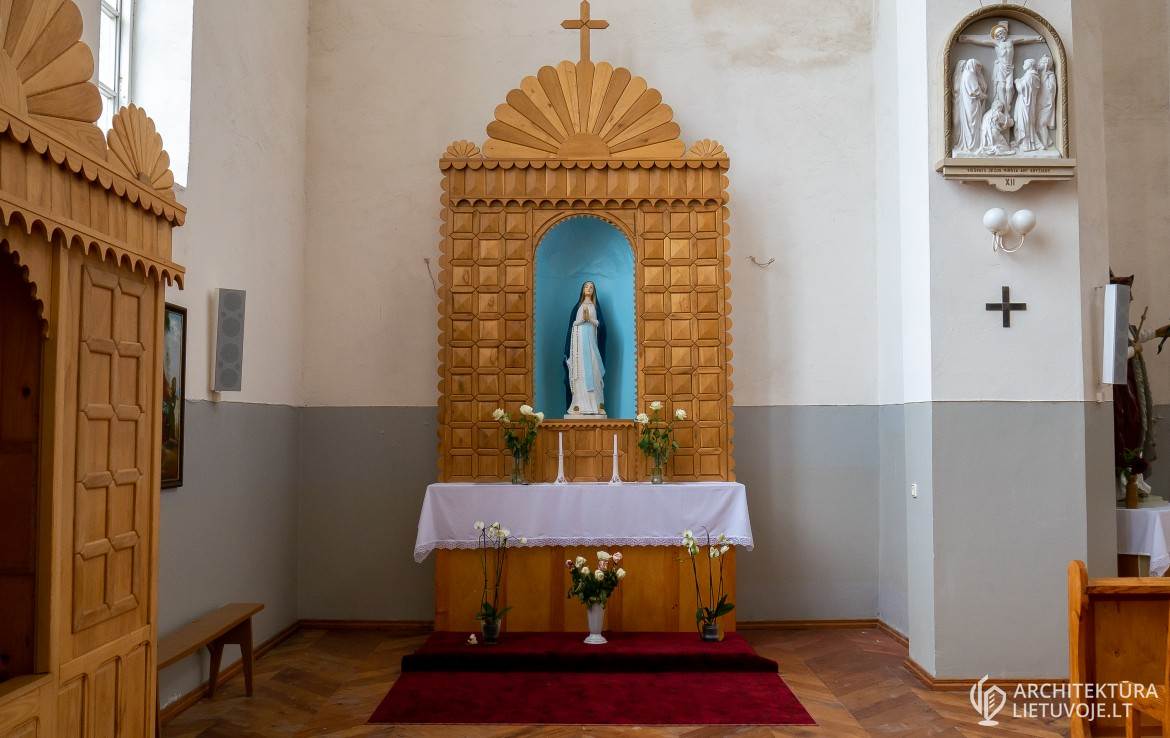 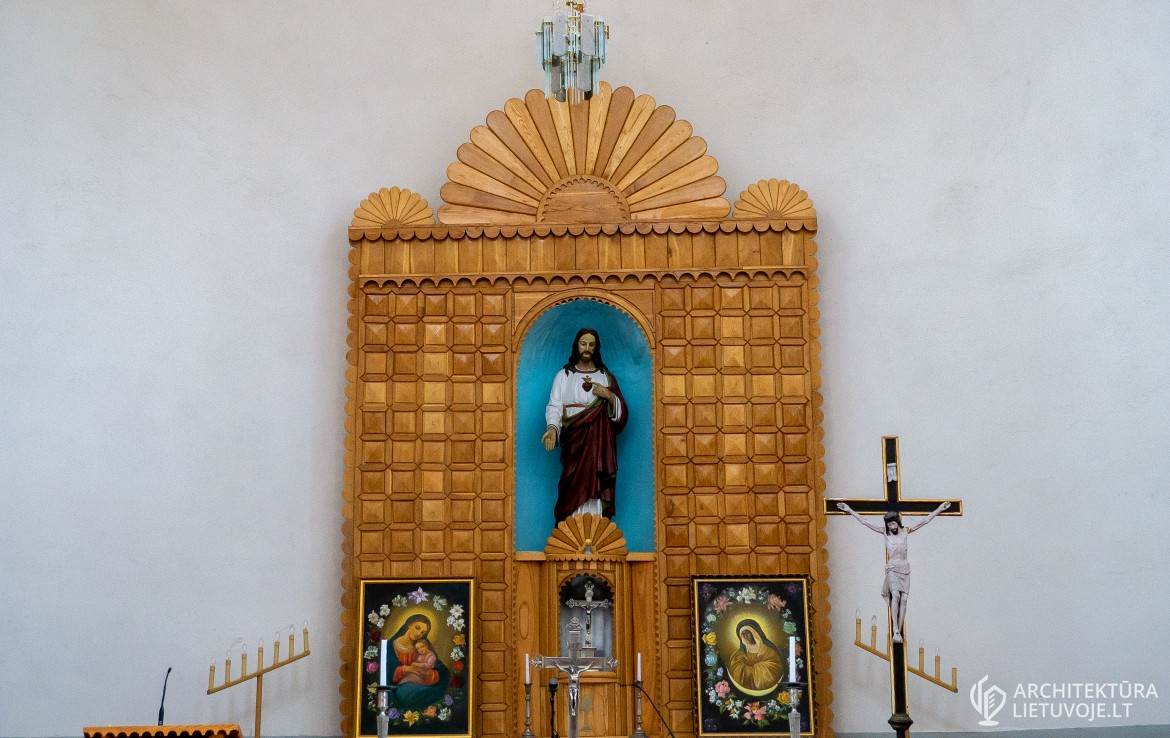 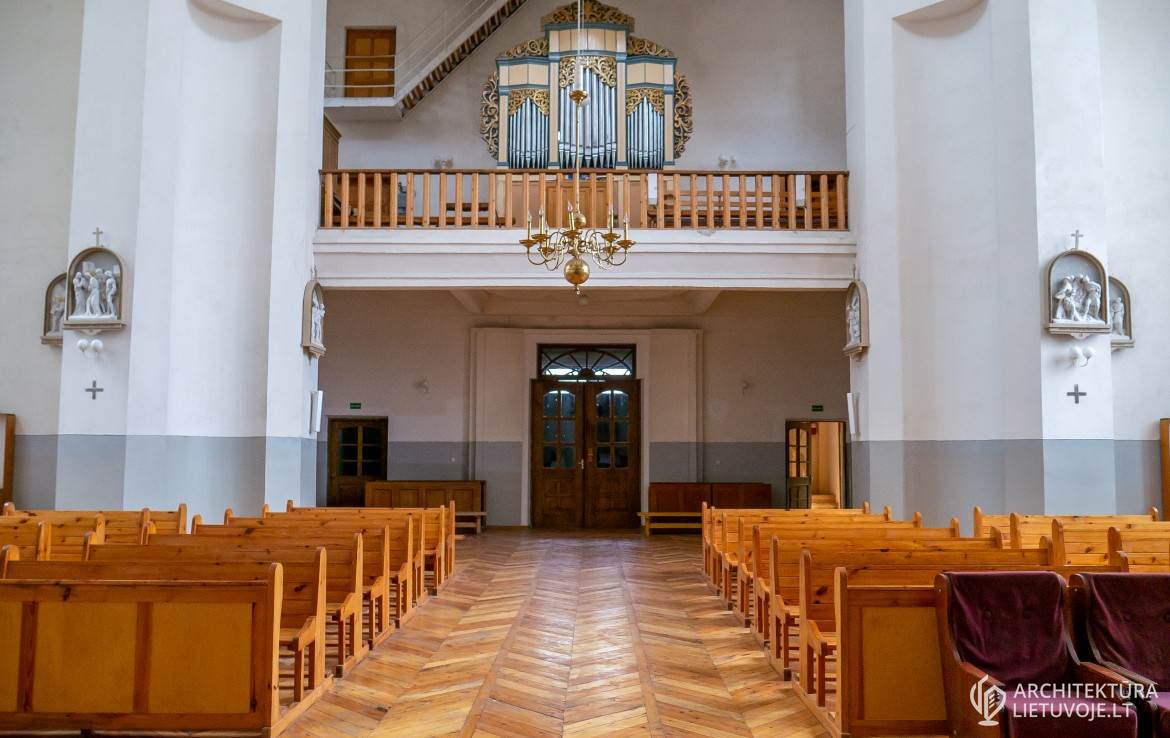 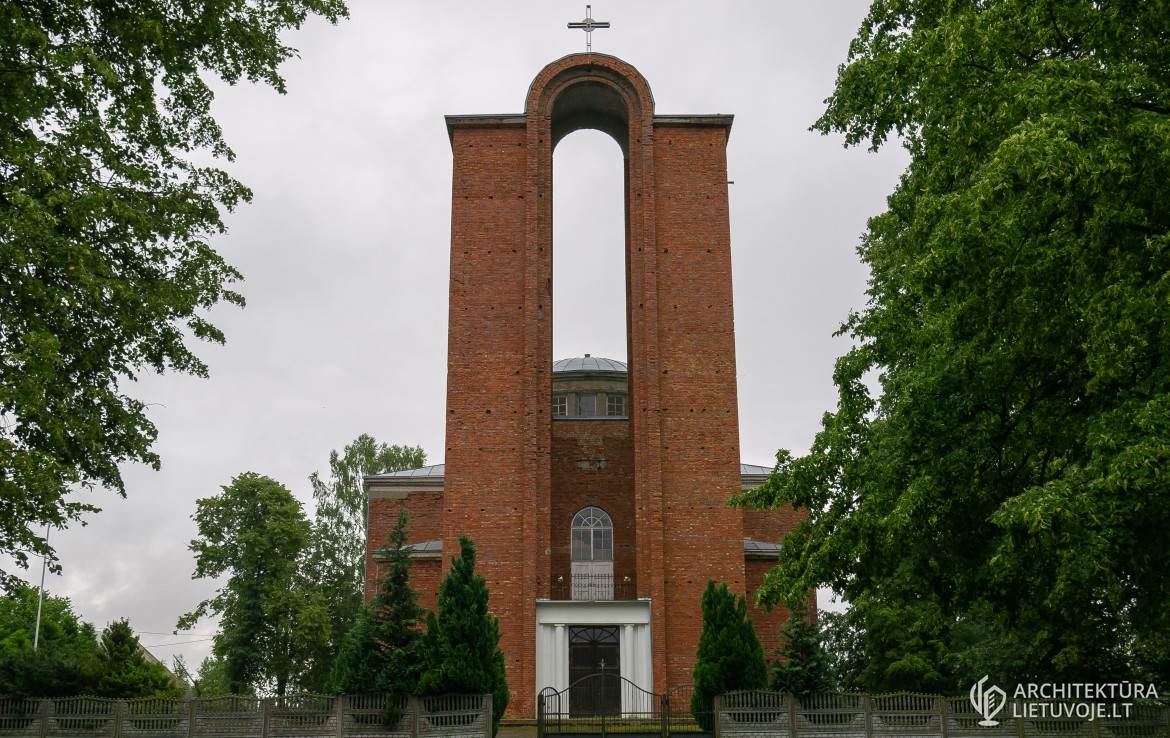 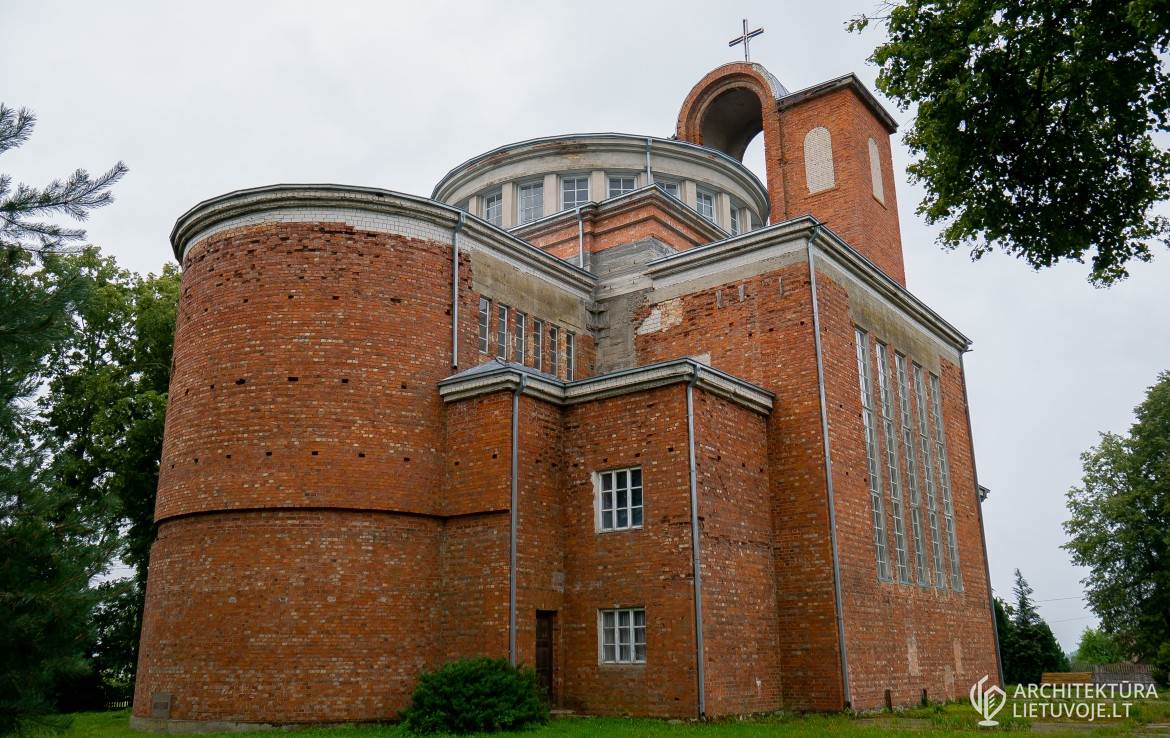 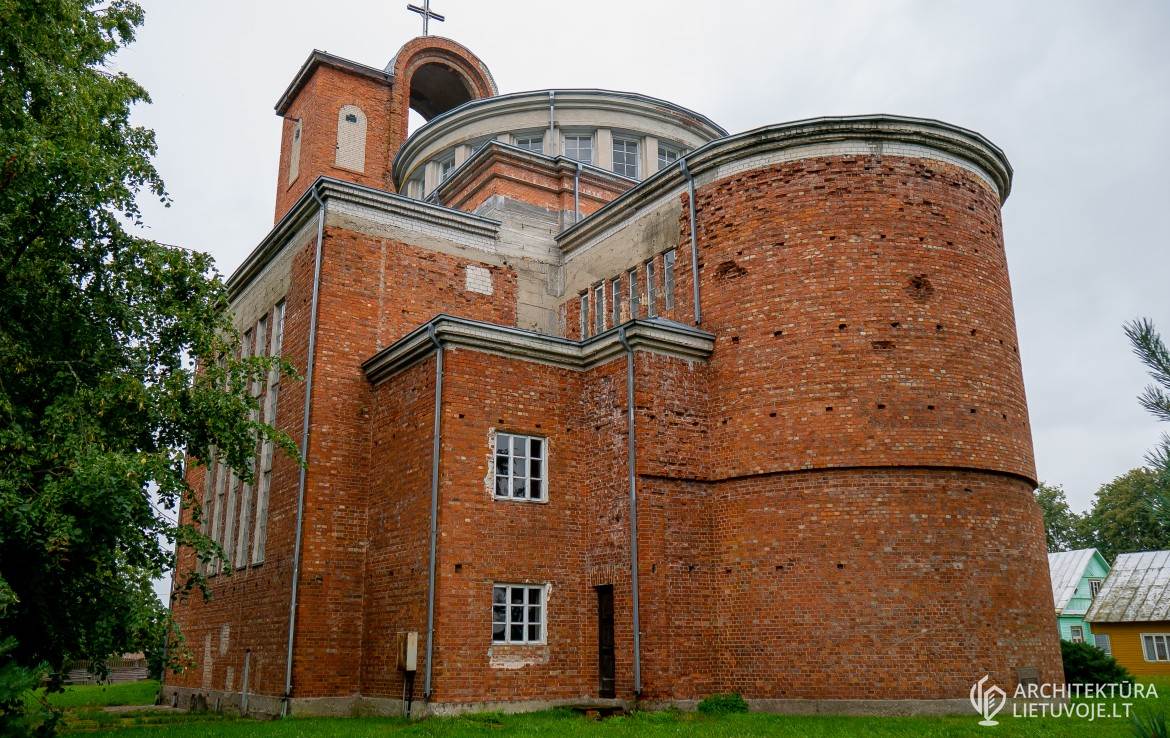 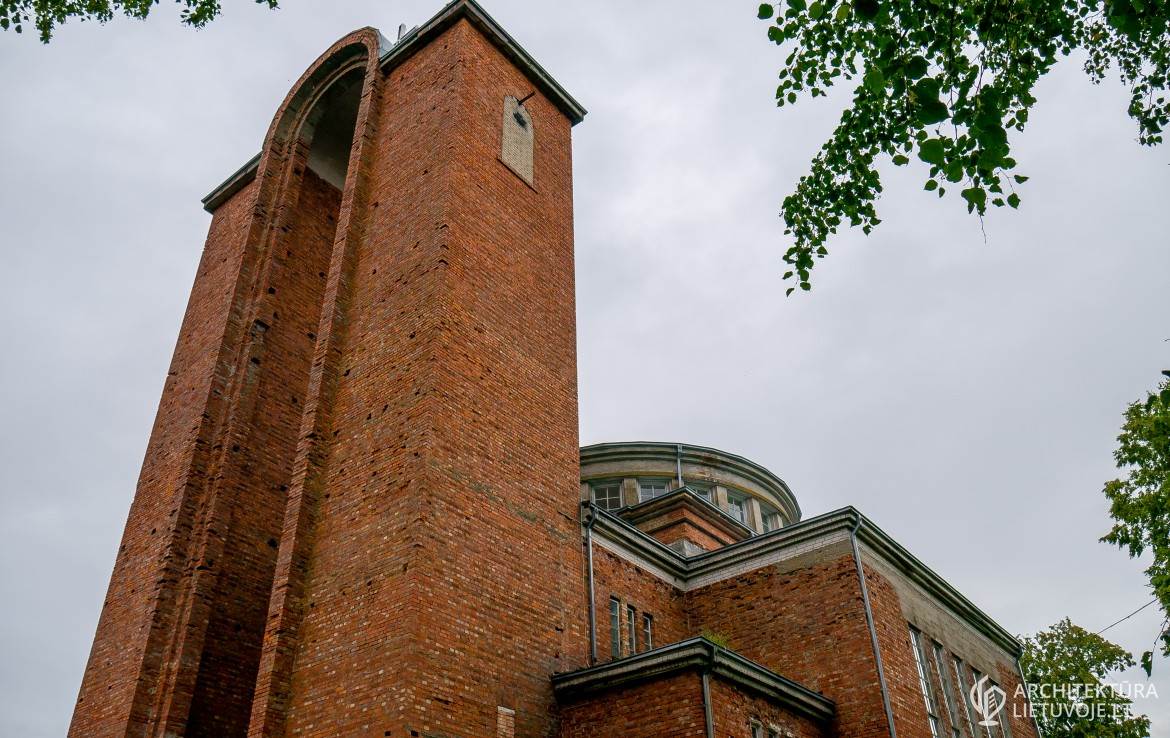 The new Church of the Sacred Heart of Jesus in Pažėrai - Pažėrai 53325, Lietuva