One of the most interesting variations of the Historicism came from Germany to the Russian Empire of that time in the end of the 19th century: the so-called Swiss style. Inspired by traditional homes in the Alpine region – chalet, it mostly spread in the architecture of the resort and suburban villas, where it gradually took on increasingly complex and impressive forms. We can see almost the most impressive example of the latest stage of this style, which was characterised by complex, decorative architectural forms, not far off the Palanga Bridge. It is a villa “Anapilis“, which was recently restored into its interwar state.

Like all the oldest buildings in the town, the appearance of the Villa is associated with the name of Tiškevičiai, the landlords of Palanga at that time. The Villa owned by Sofija Tiškevičienė appeared at the turn of the 19th and 20th centuries, and was originally named in honour of its owner. During the interwar period, the building was associated with another name not less important to the country’s history – the “Sofia” was bought by the brothers Vailokaičiai, and it was adapted for the needs of more massive recreation and entertainment. Namely then the villa gained its current name. The building was expanded in the third decade, its volumes as well as architectural expression slightly changed as well. Part of the original compositional idea disappeared: additional part of the second floor was attached; part of the open galleries typical of the style disappeared.

As it was typical of this architectural “sub-genre” from the beginning, here we can still see a somewhat hidden traditional rectangular volume of the low-roof alpine house which emphasises eave structures. The buildings of the Swiss style constructed in the resorts used to be especially decorative, and this became even more evident in the late period, which some architectural historians call a “fairy-tale style”. The eclectic tendencies of that period are strongly reflected in “Anapilis”: the building is multi-volume of complex composition with the towers of even several forms, the pyramidal of which are diversified by rich carving décor at the eaves. The façades are also complemented by a peculiar imitation of the fachwerk structures. For its diversity “Anapilis” is worth comparing to the villas “Romeo” and “Džiuljeta”, built by Tiškevičiai nearby, which, although appeared almost at the same time, are much closer to the early Swiss style. 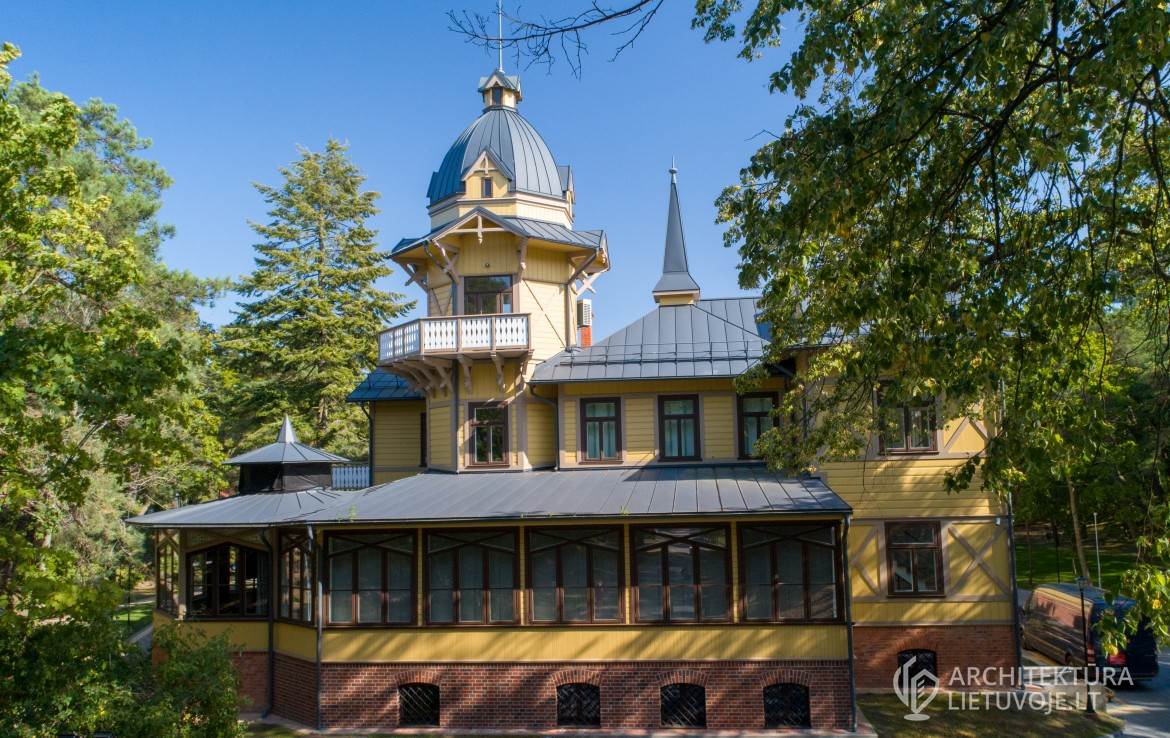 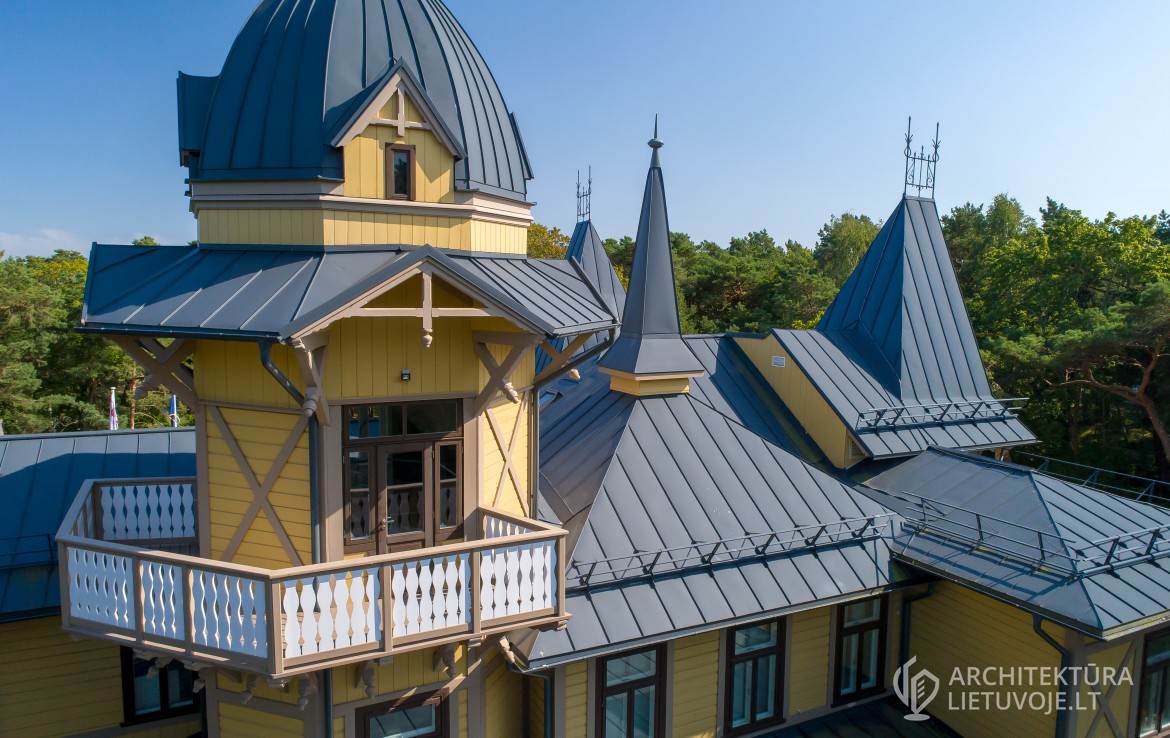 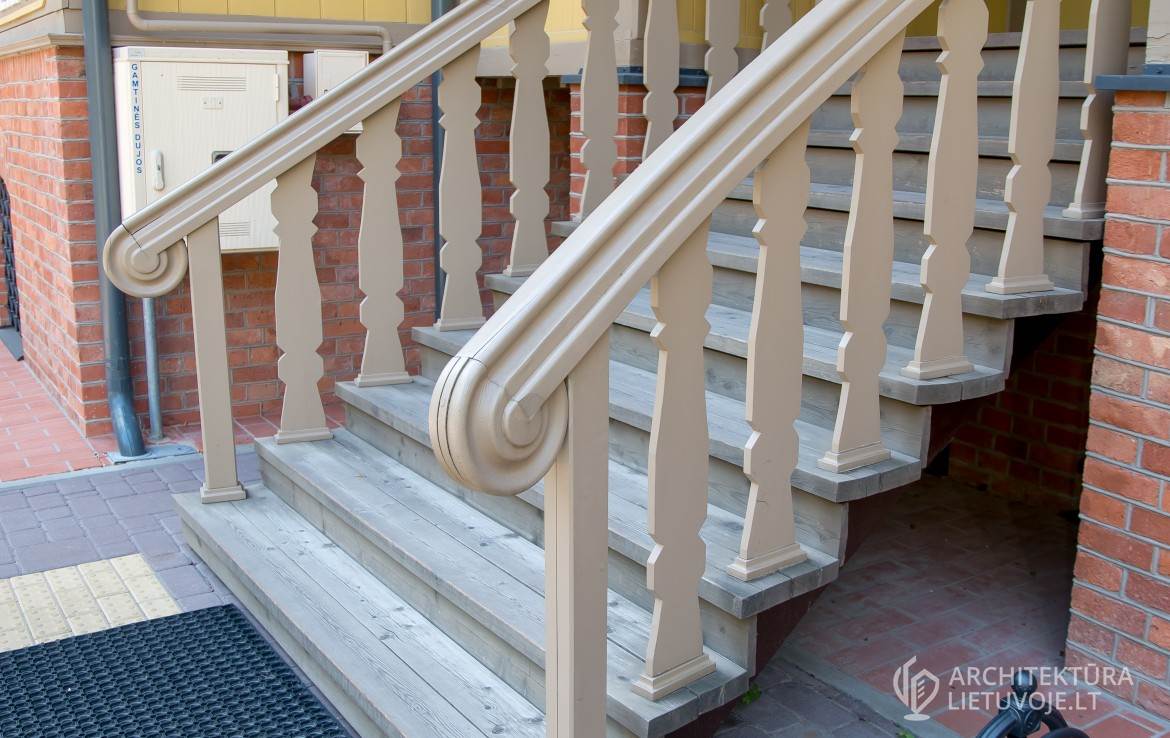 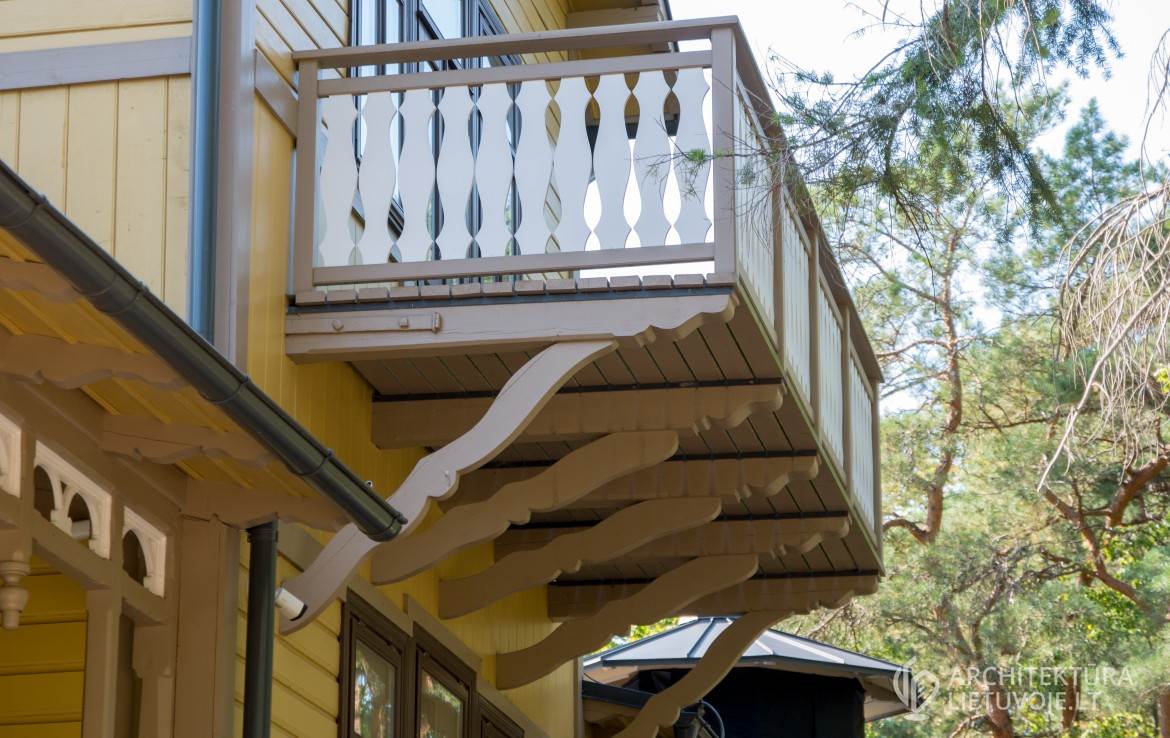 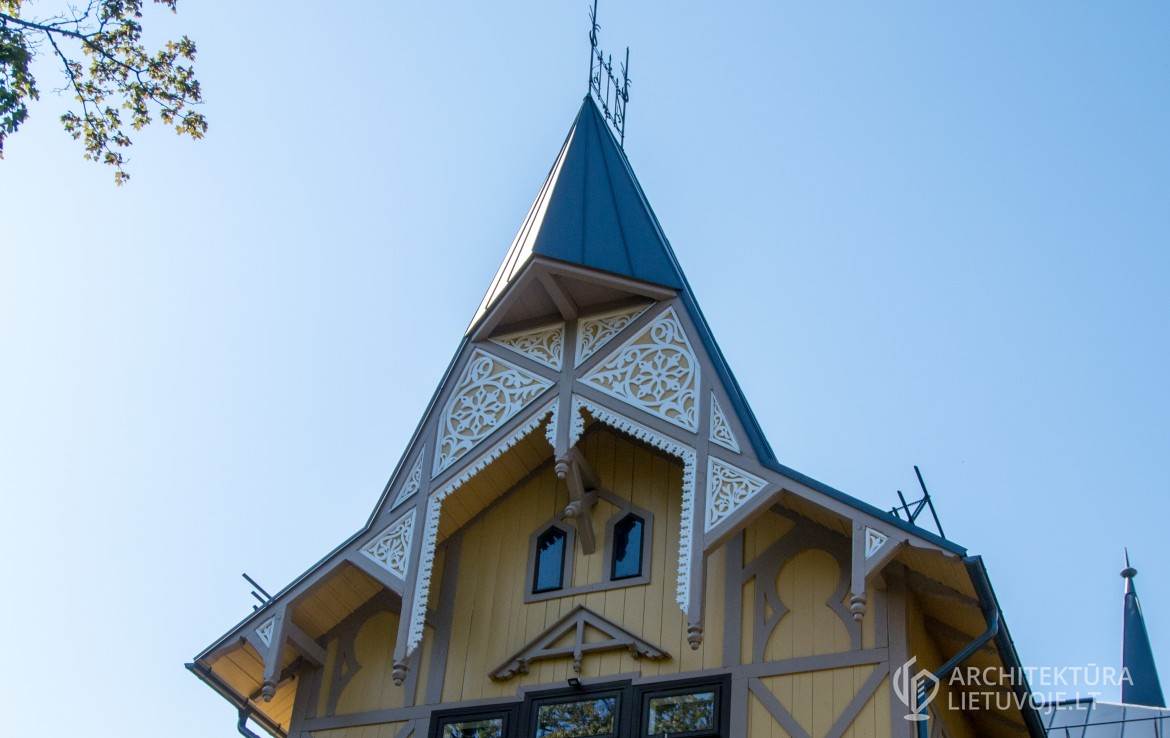 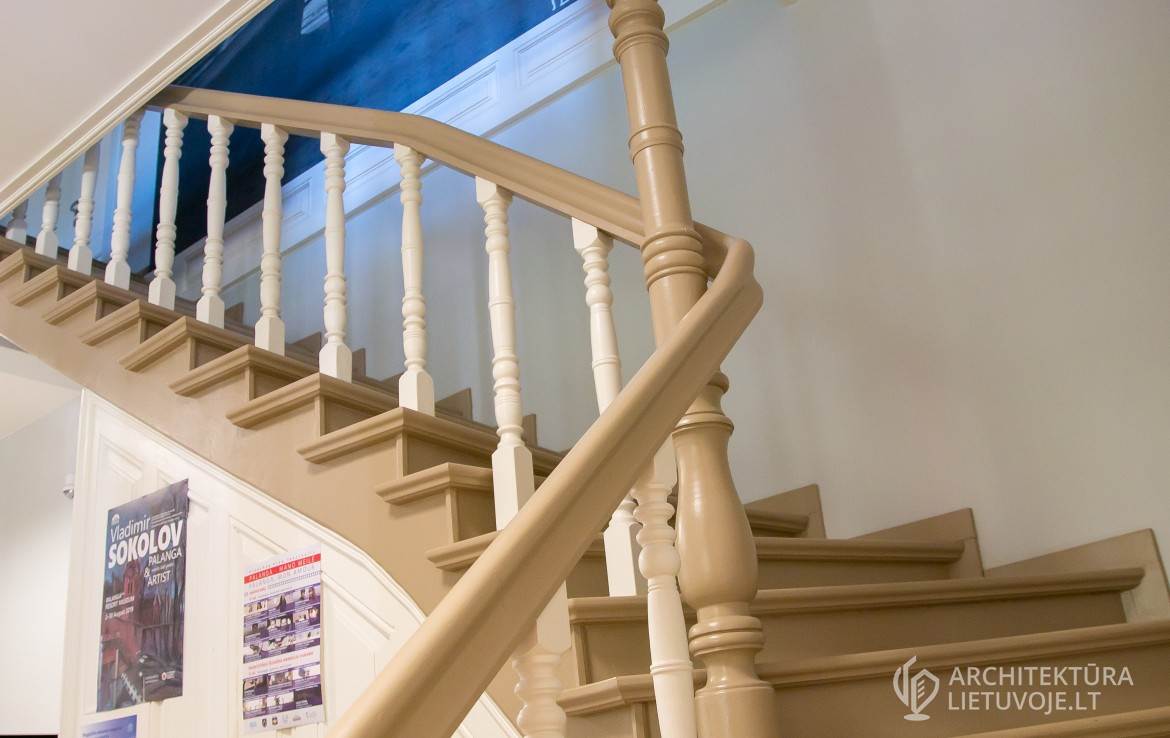 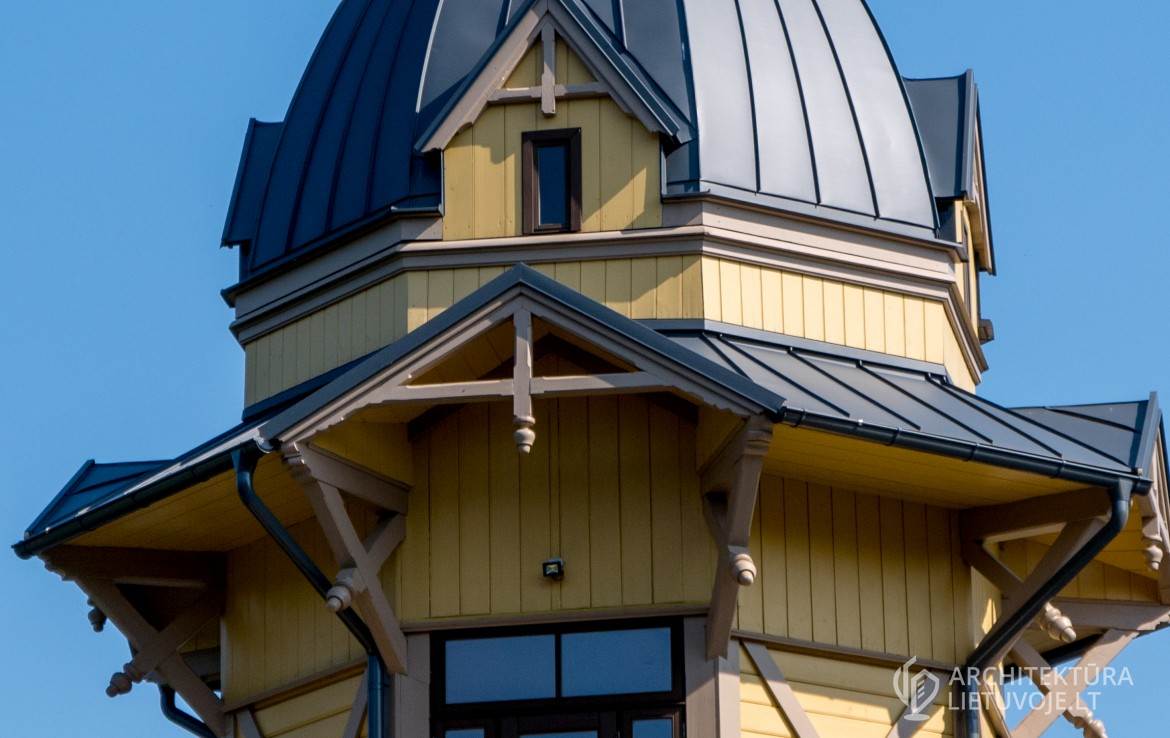 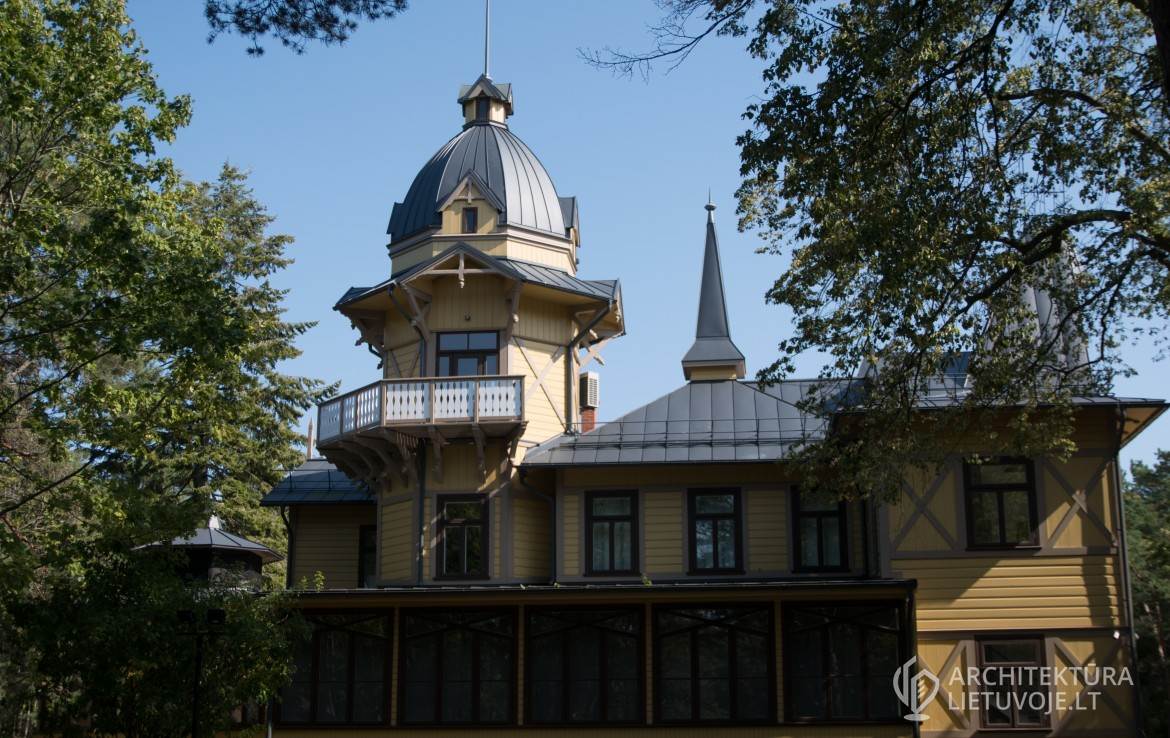 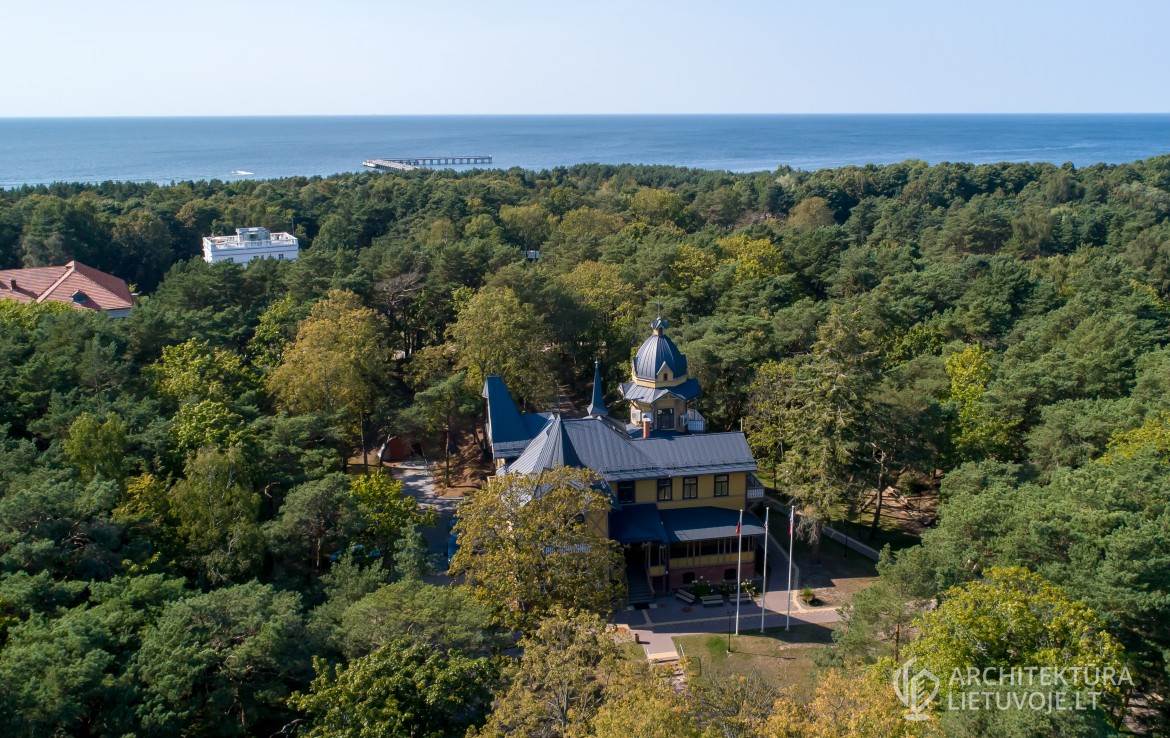 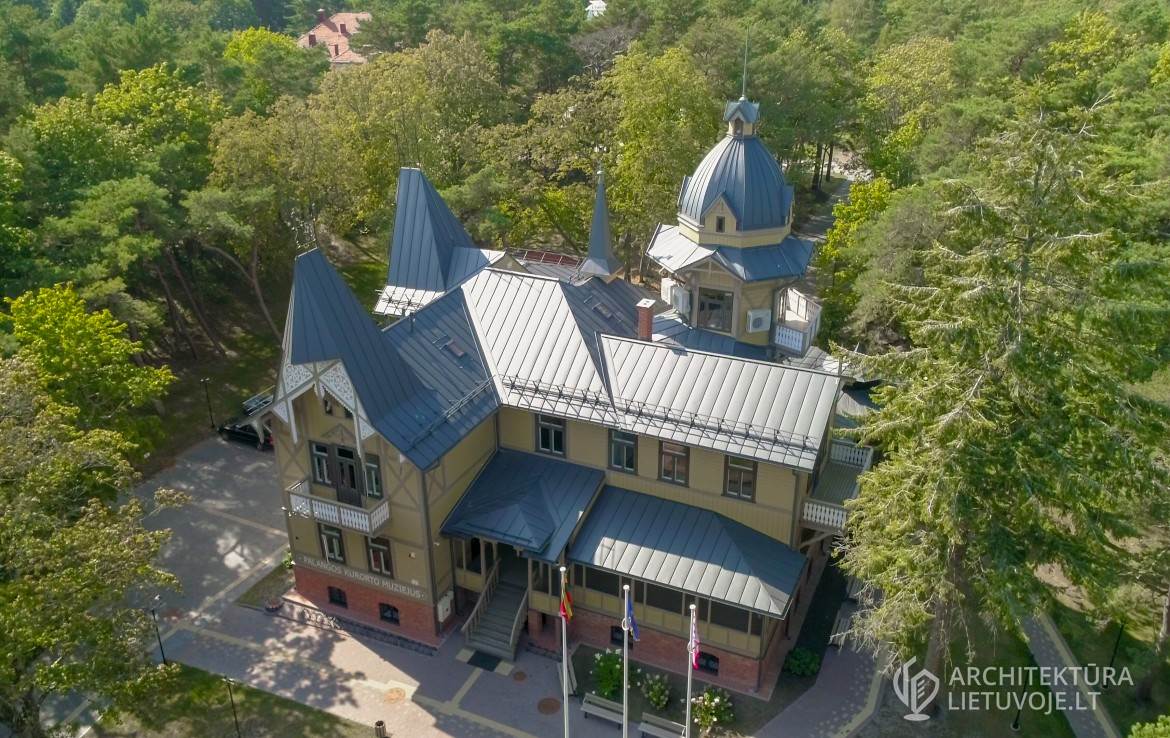 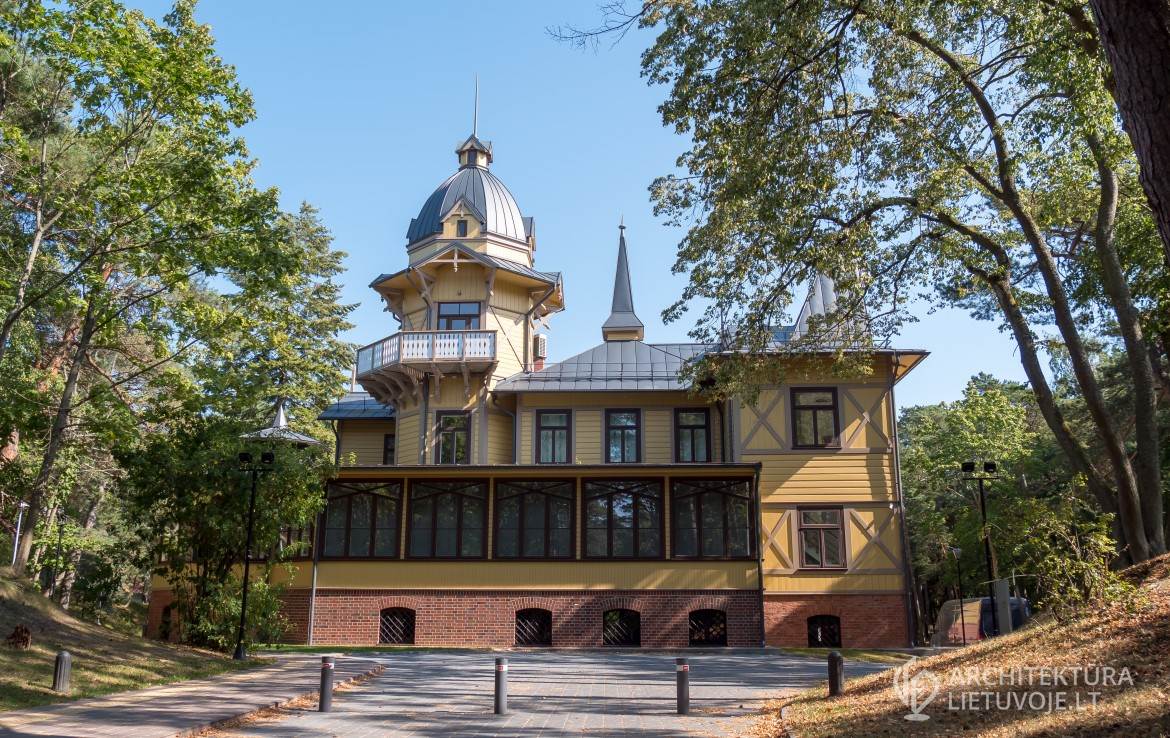