Church of the Assumption of the Virgin Mary, Palanga

On the initiative of Feliks Tyszkiewicz a new sanctum appeared in 1896-1897 in the plot of the former wooden church in the town gradually becoming a seaside resort, which has become the new main panorama accent. Many of the Historicism sanctums can be linked to two architects: one of them was a Swede from Liepaja, Karl Eduard Strandmann, the majority of his works originated namely in Samogitia. He was also the author of Palanga church – he had a good reputation earned among the family of Tyszkiewicz already a decade ago: it was namely this architect’s hand that drew the family’s mausoleum chapel in the Kretinga cemetery. The construction of the church was a very long one: although the service used to be held here since 1907, the building was completely finished only in the interwar period.

According to the historians, who examined the works of the architect, the prototype of the single-tower sacred buildings of Strandmann was St. John’s Church in Stockholm. In fact, a great influence of the mentioned sanctum is also felt in Palanga: both in the architecture as well as in the plan solution. The tower of 24 metres of height, supported by stepped buttresses from all four sides, dominates in the basilica church of Latin cross: the sections of the tower are separated by the friezes decorated with the pattern of profiled bricks. A rosette window is incorporated in the section above the decorative portal. Although they used to be especially typical of neo-Gothic, namely such massive and highly emphasised ones were considered to be one of the “distinctive signatures” of the architect. The spire of the tower is surrounded by four pinnacles completing the lines of the buttresses, and relatively modest pediments with incorporated watch dials.

The lateral façades are formed of the rhythm of the stepped buttresses and pointed-arched window niches: the arrangement of the lower windows situated in the niches of the naves’ parts is diversified also by the round windows complementing it from above. The buttresses and the volume of the main part are connected by an element relatively rarely found in Lithuanian neo-Gothic – flying buttresses, which give the sanctum additional gracefulness. Large pointed-arched niches with integrated pointed-arched windows, small plastered niches and rosette windows are highlighted in the façades of the transepts. The latter constitute a harmony not only with one of the main accents of the main façade, but also with smaller rosettes situated at the sides of the great niche. A relatively modest solution of ascending pointed-arched plastered niches is incorporated in the pediments. Two-storey sacristies are attached to both sides of the presbytery. The presbytery is completed by a typical octagonal apse from behind.

Three-nave area of the church is a perfect reflection of the spirit of the style: multi-profiled, non-plastered pillars separate the rib strips dividing into the cross vaults. Many of the elements found in the exterior of the church are used here as well: pointed-arched as well as round niches, strips of profiled bricks. As it is typical of the Gothic period, profiled bricks play an important role in the architecture of the church: even 18 different types of them were used in the construction. The greater part of the interior equipment of the church is also matched to the architectural solutions of the building: three altars made in 1907, created by the masters of Toulouse, especially distinguish themselves. An ornate marble pulpit and balustrades came here from France. Some contrast to the interior area is brought by two old wooden Baroque altars, which, as it is believed, were transferred here from the old wooden church of Palanga.

The fence and the gates of the church, completed in 1911, materially and architecturally complement the stylistics of the church. Its two-section columns replicate the rhythm of the buttresses of the church, and small pointed arches create a peculiar prelude to the main structure. The gates are formed of two parts – small gates, which are connected to the main ones from the right side. A plastered frieze with brick ornament and a pediment of refined, ascending Gothic arches is situated above the latter.

Church of the Assumption of the Virgin Mary, Palanga - Vytauto g. 51, Palanga 00134, Lietuva 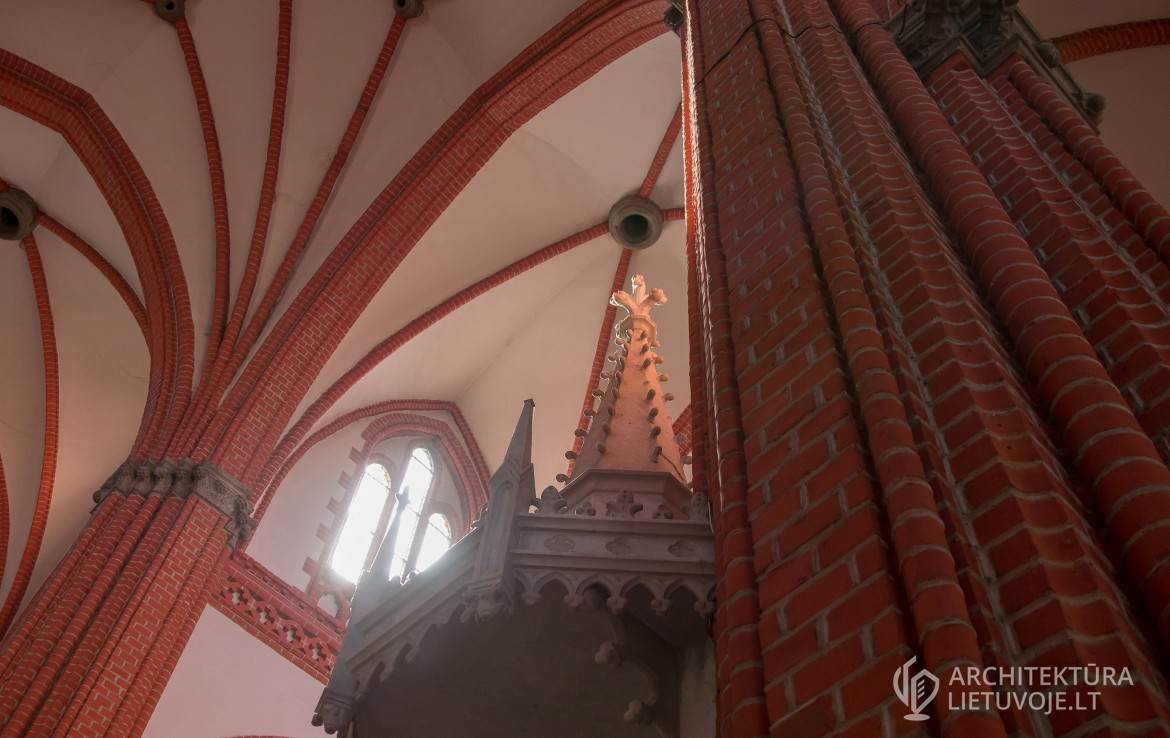 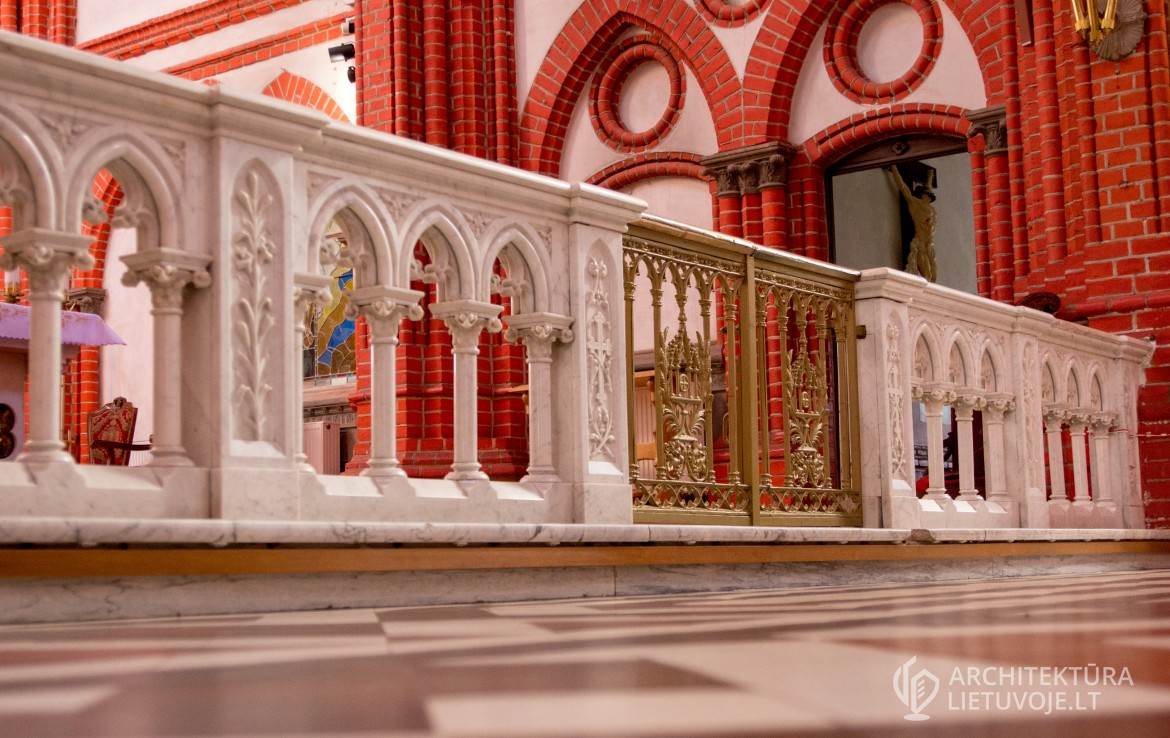 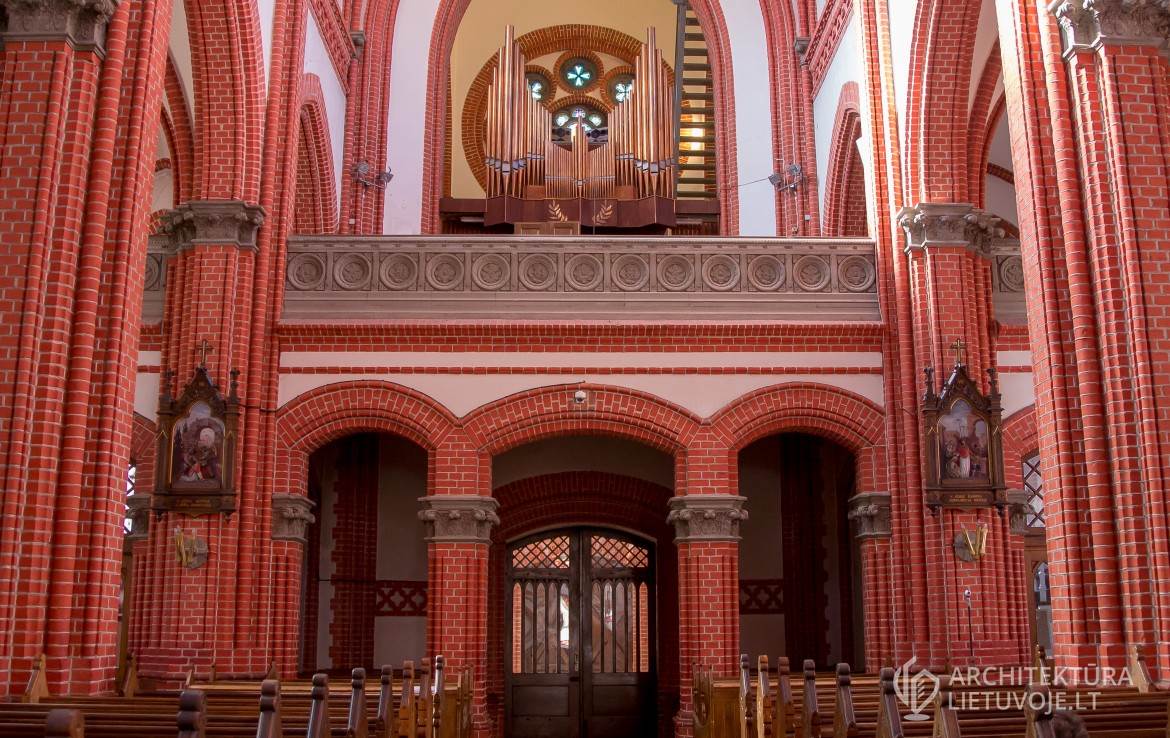 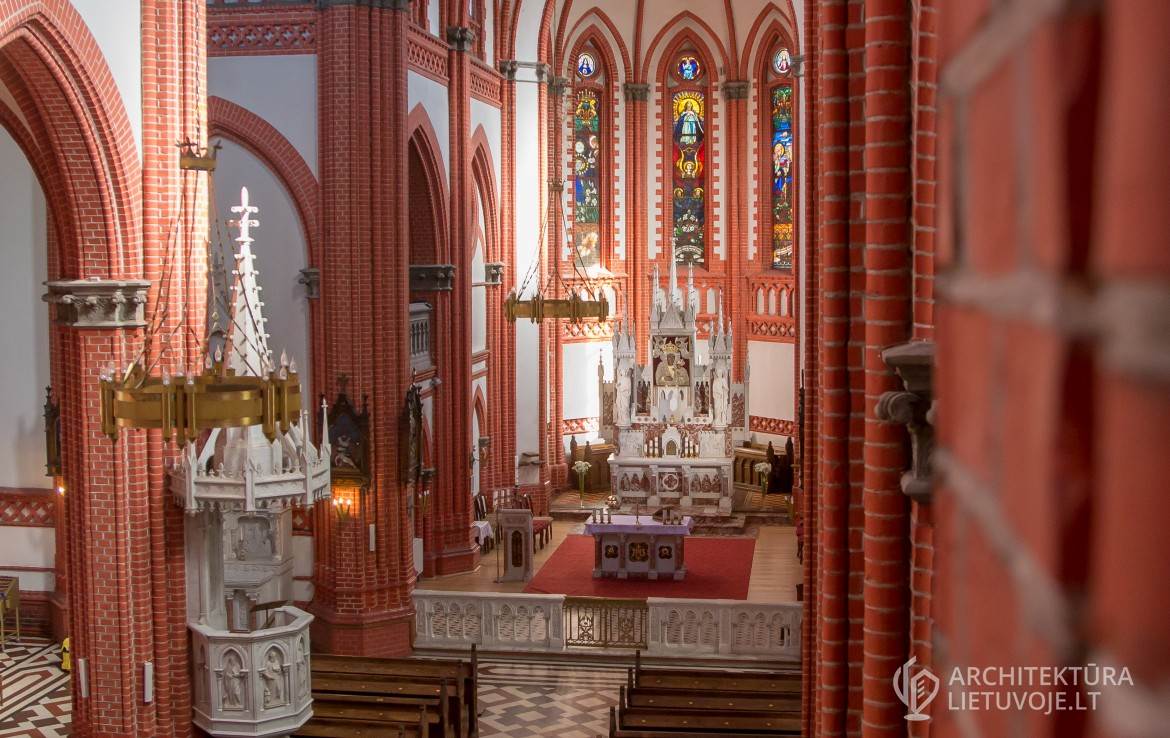 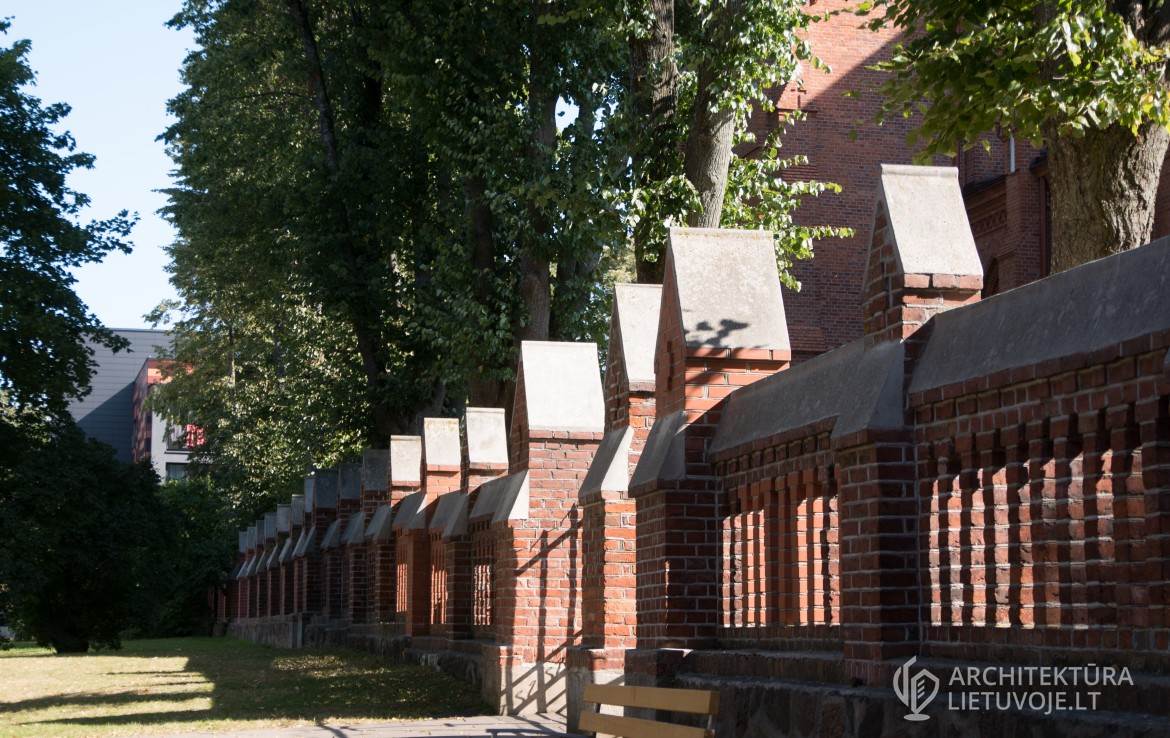 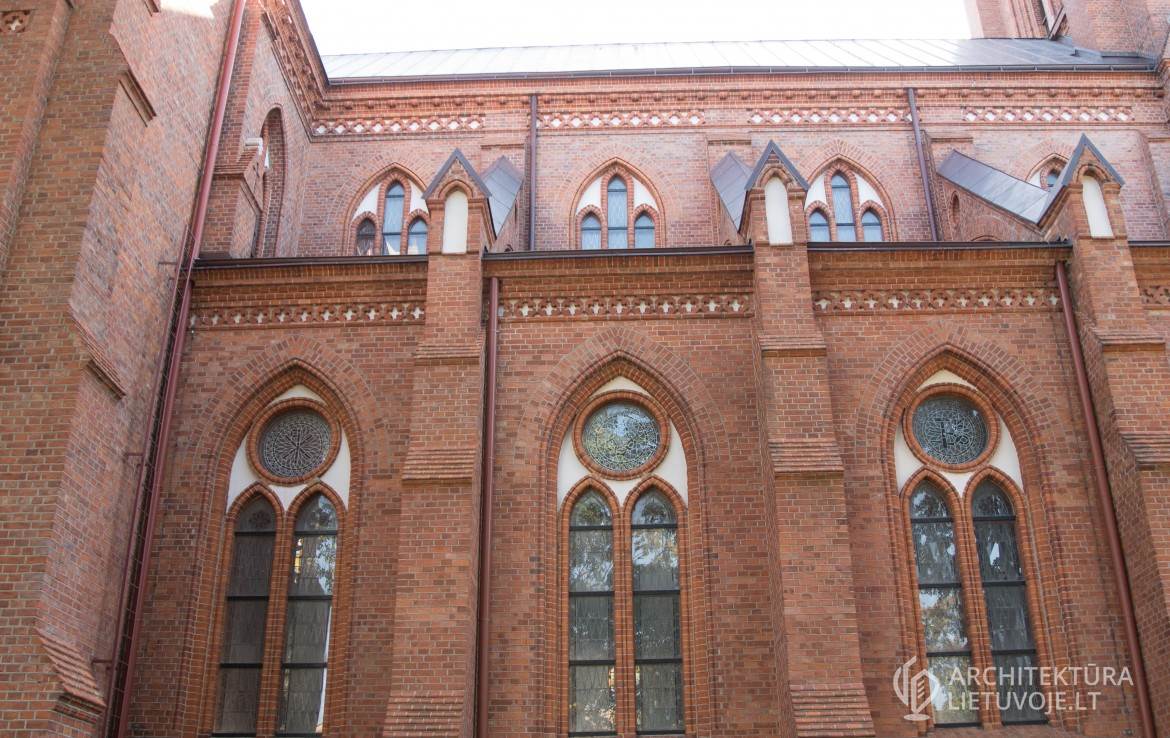 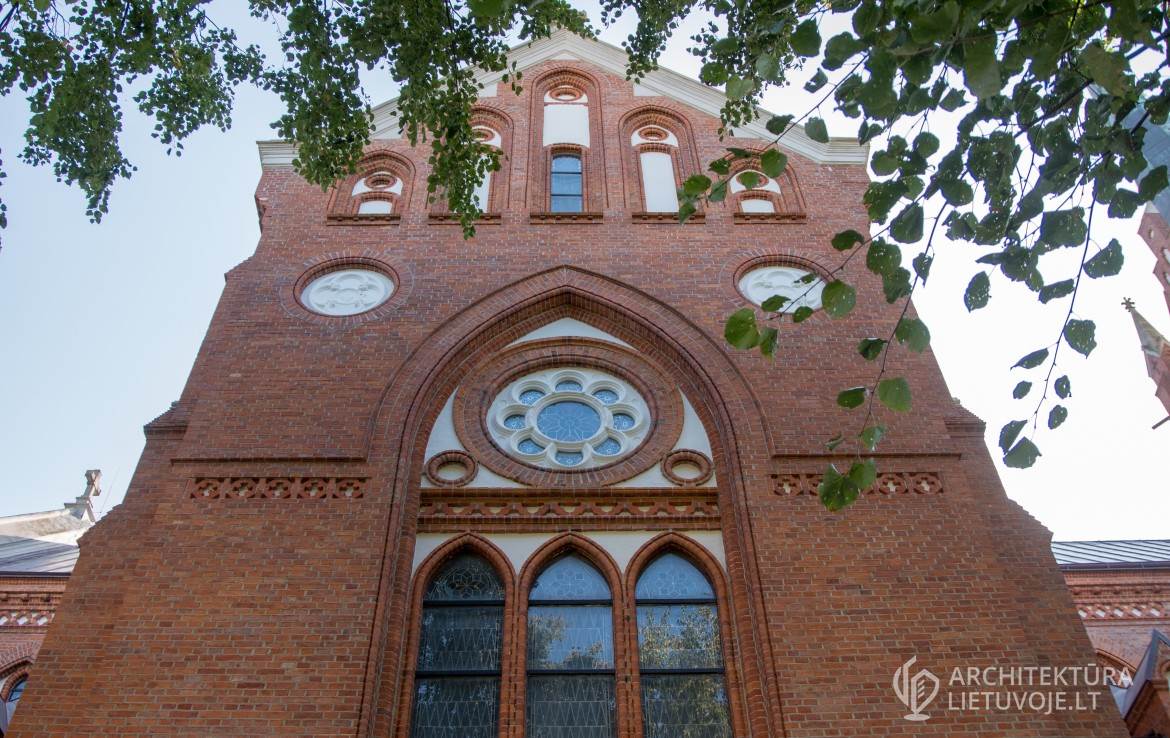 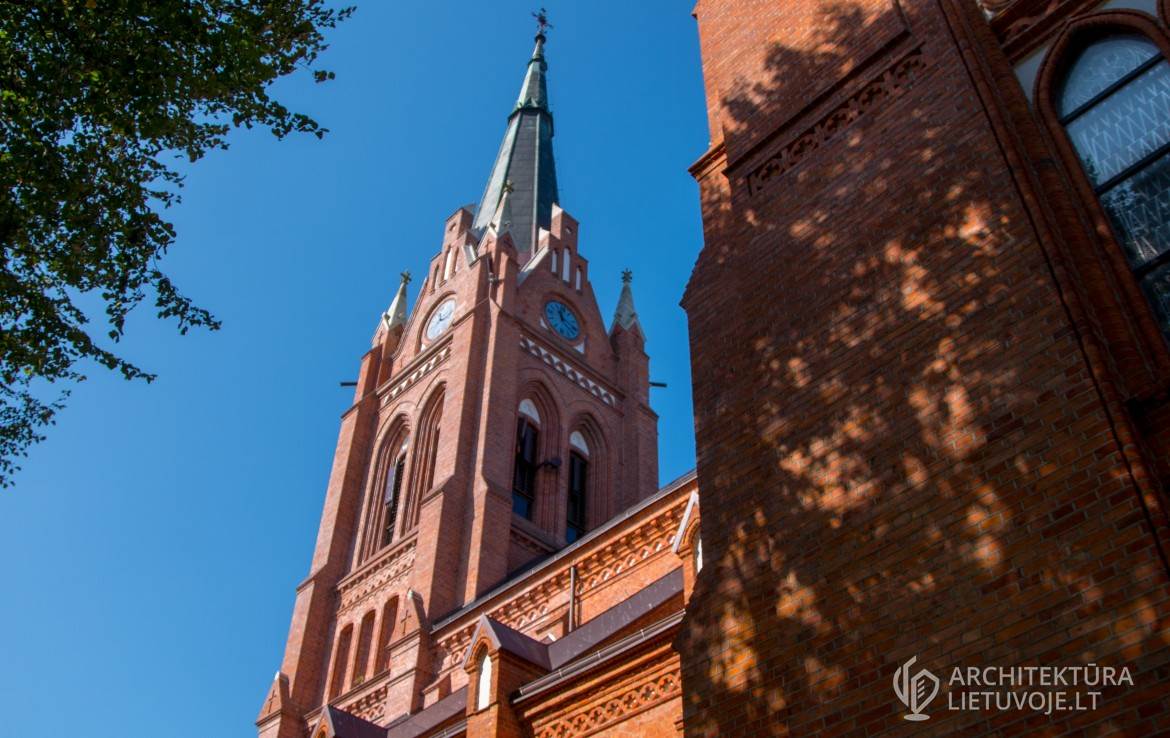 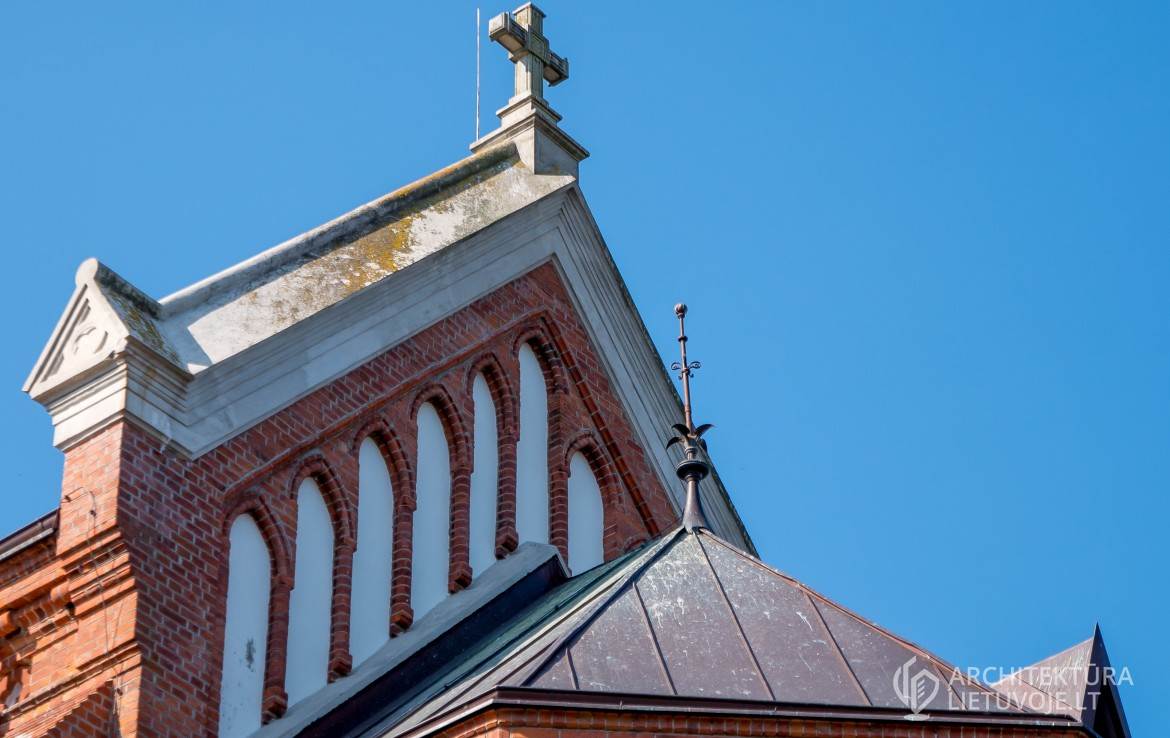 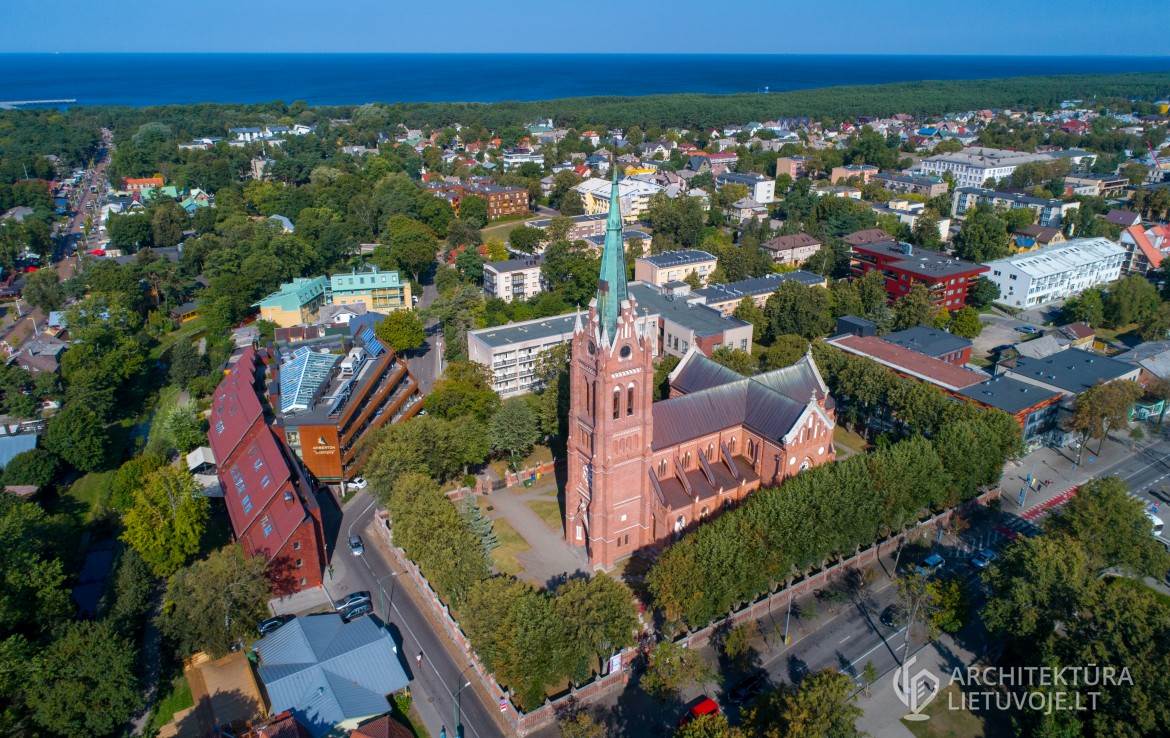 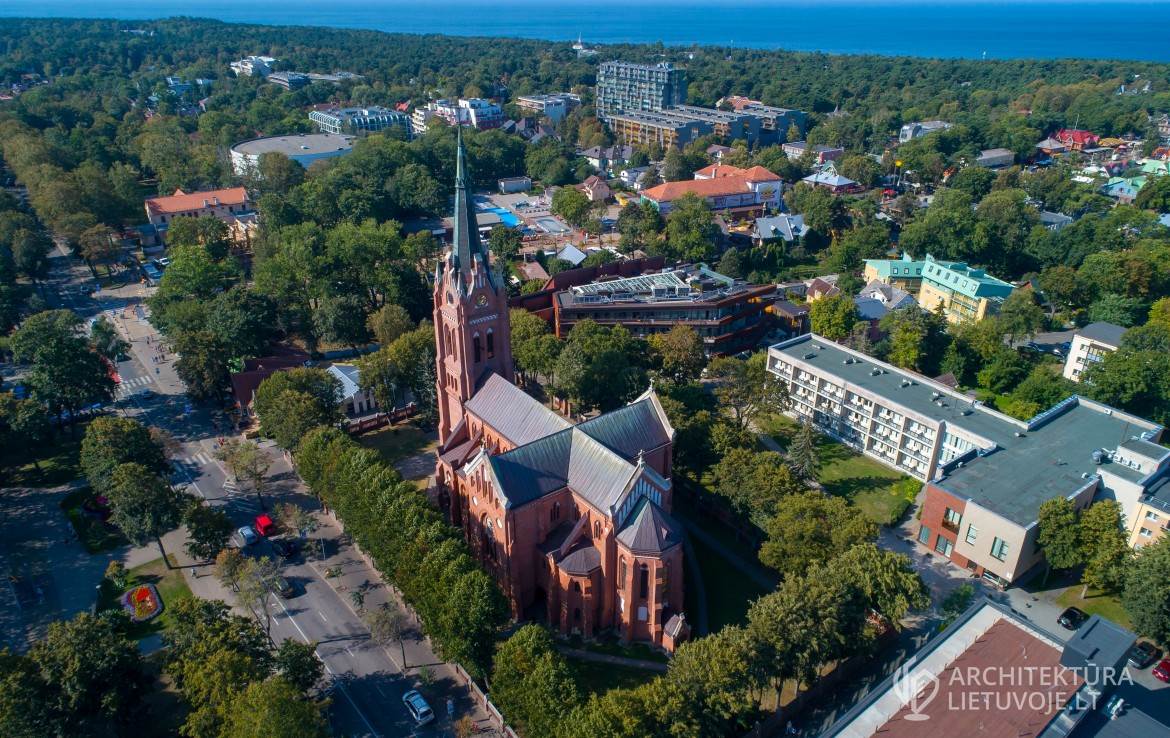 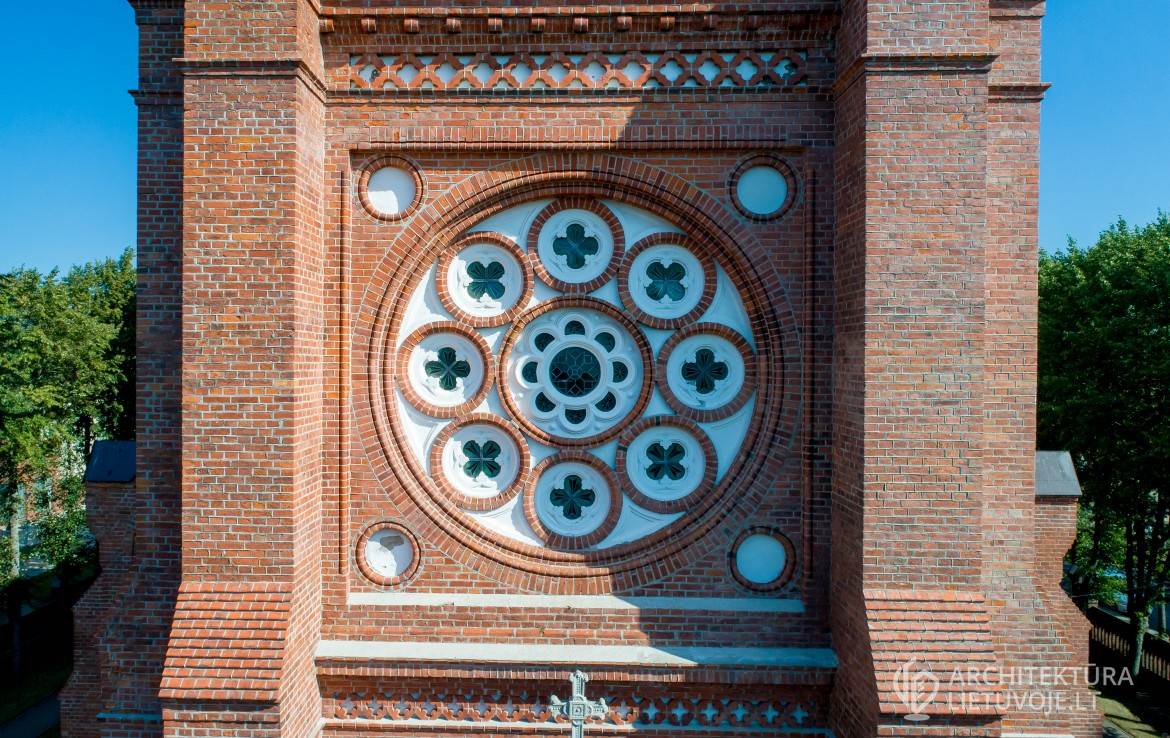 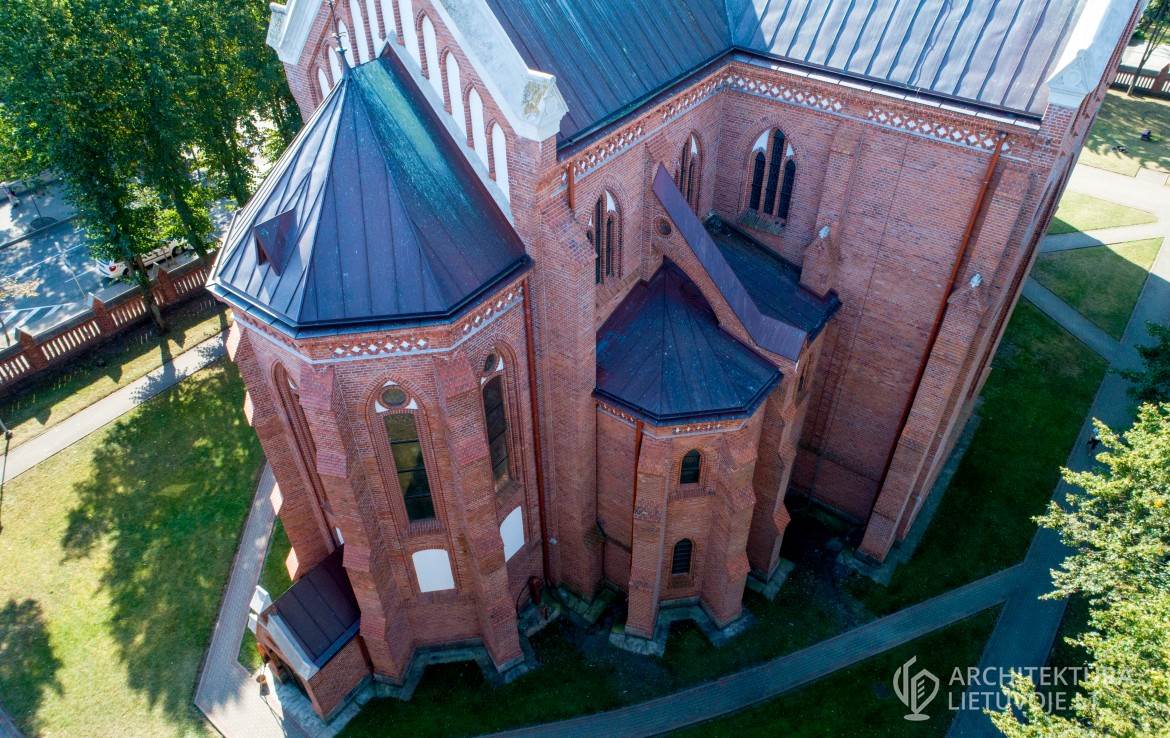 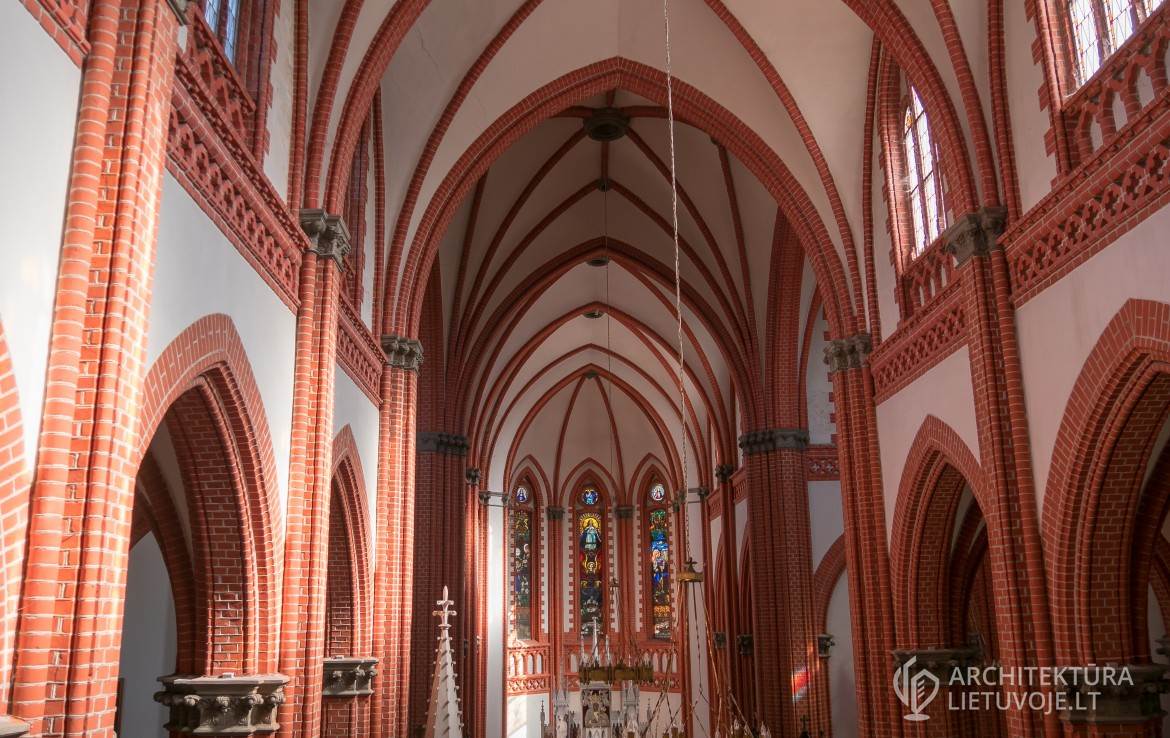 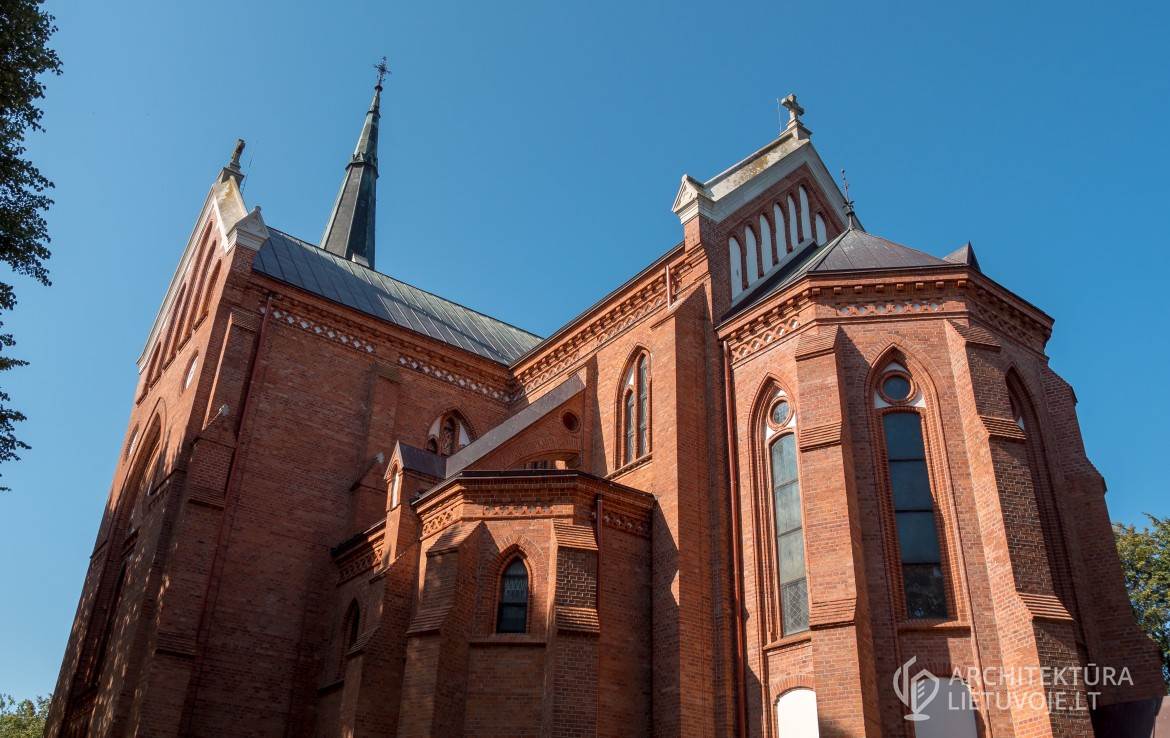 Church of the Assumption of the Virgin Mary, Palanga - Vytauto g. 51, Palanga 00134, Lietuva