A characteristic building of the then popular resort phenomenon appeared in Palanga as early as 1877 – a kurhaus – the main point for entertainment and culture. Though the building was reconstructed and expanded several times, its most interesting transformation took place in the beginning of the 20th century, when part of it gained features of Art Nouveau, otherwise known as Jugendstil. Although just like in the majority of the examples found across our country, we may observe quite many details from the Historicism period, however, the impact of the German world is obvious in the resort’s architecture: the features here are much closer to the German Jugendstil rather than the Russian Art Nouveau, which we may observe, for example, in Vilnius.

The main façade of the building is asymmetrical, the entrance and staircase avant-corps is highlighted, enveloped by a veranda on the first floor. The pentagonal pediment of verandas and of the avant-corps of a more complex form and a pentagonal attic located on the left side of the façade. Oval elements and the compositions of narrow vertical windows are used in the décor of the building – modest, but clear reflections of the Art Nouveau fashion. The particularly charming here is the annex of the stage with a pediment of broken form, a line of five windows and an oval dormer window. The hall, expanded in 1932, could house up to 600 hundred people: the moulding décor typical of the Art Nouveau and the expressive arch separating the stage premises were preserved during the reconstruction. The thoroughly restored hall brings us back to the times of the interwar Lithuania when this, one of the most prestigious places in the whole country, witnessed the most important cultural actors of the country. Currently plans are made to rebuilt the burned down wooden part of the kurhaus, which is typical of the Switzerland style:  thus returning the adjacency of the popular styles, which existed on the turn of the 19th – 20th centuries. 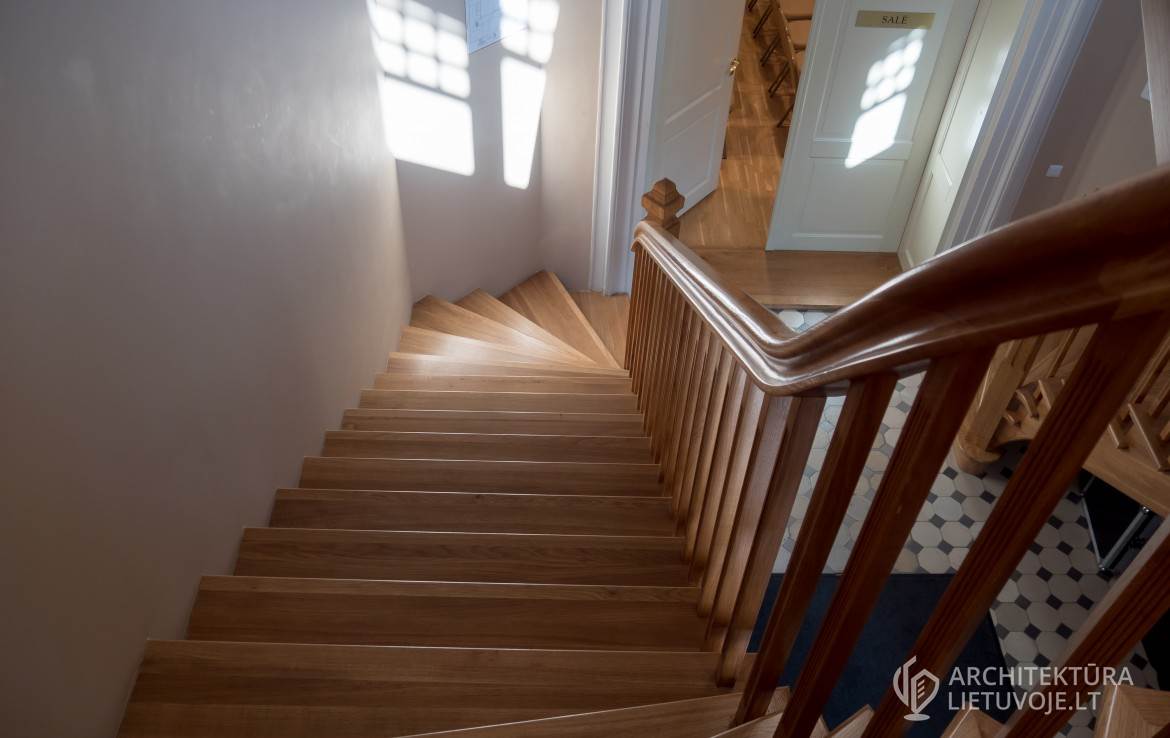 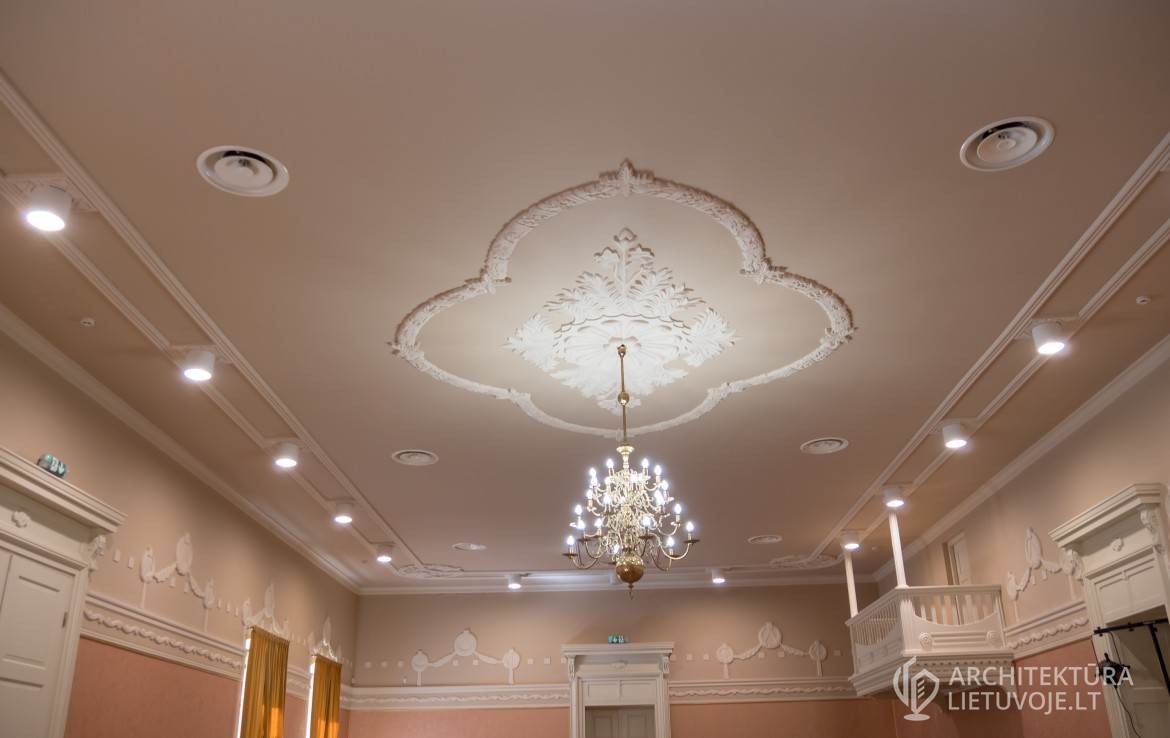 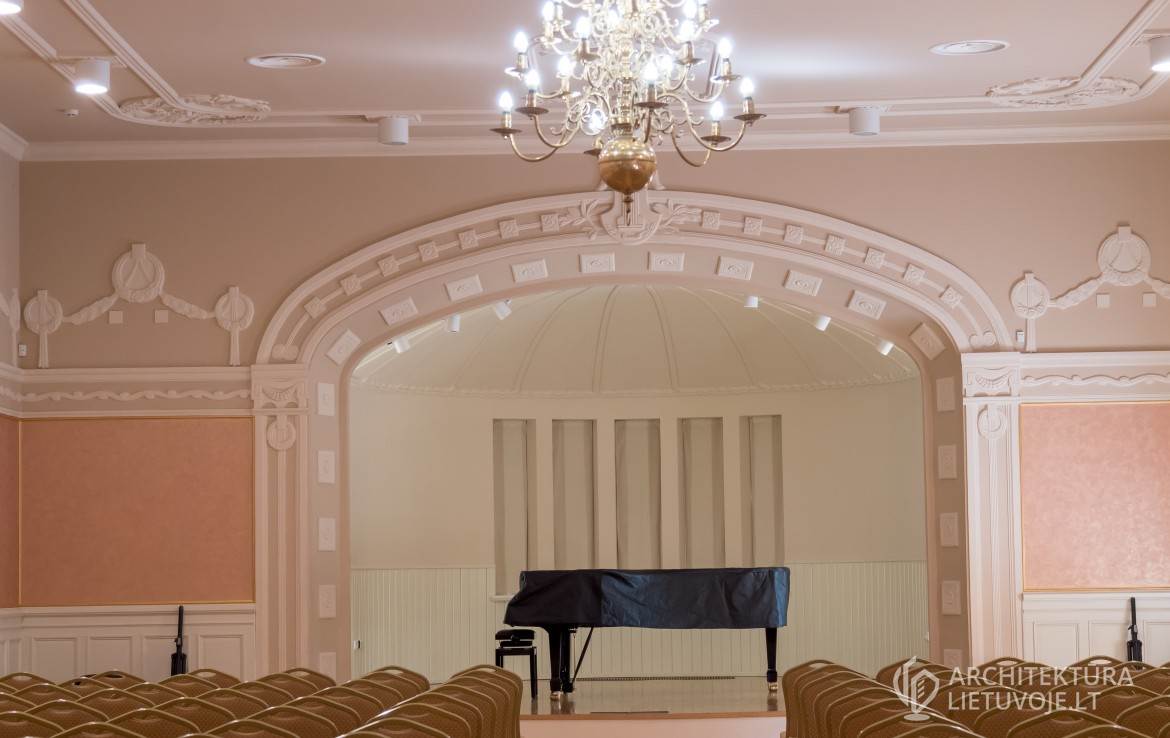 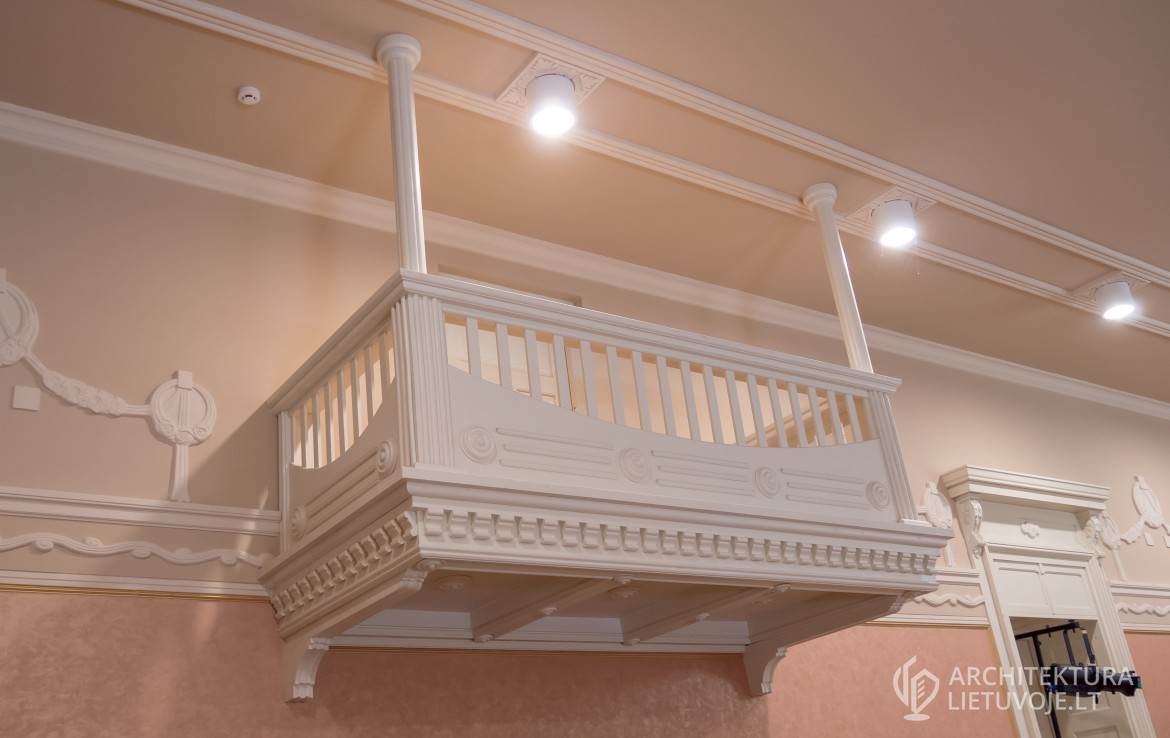 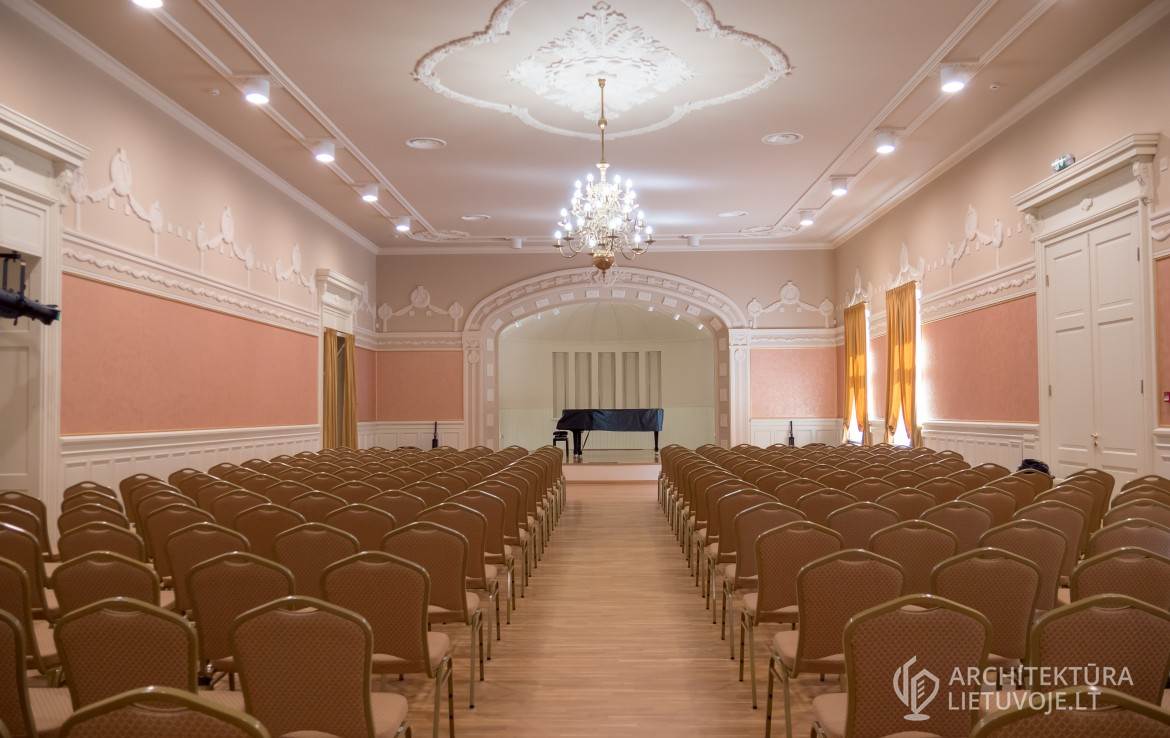 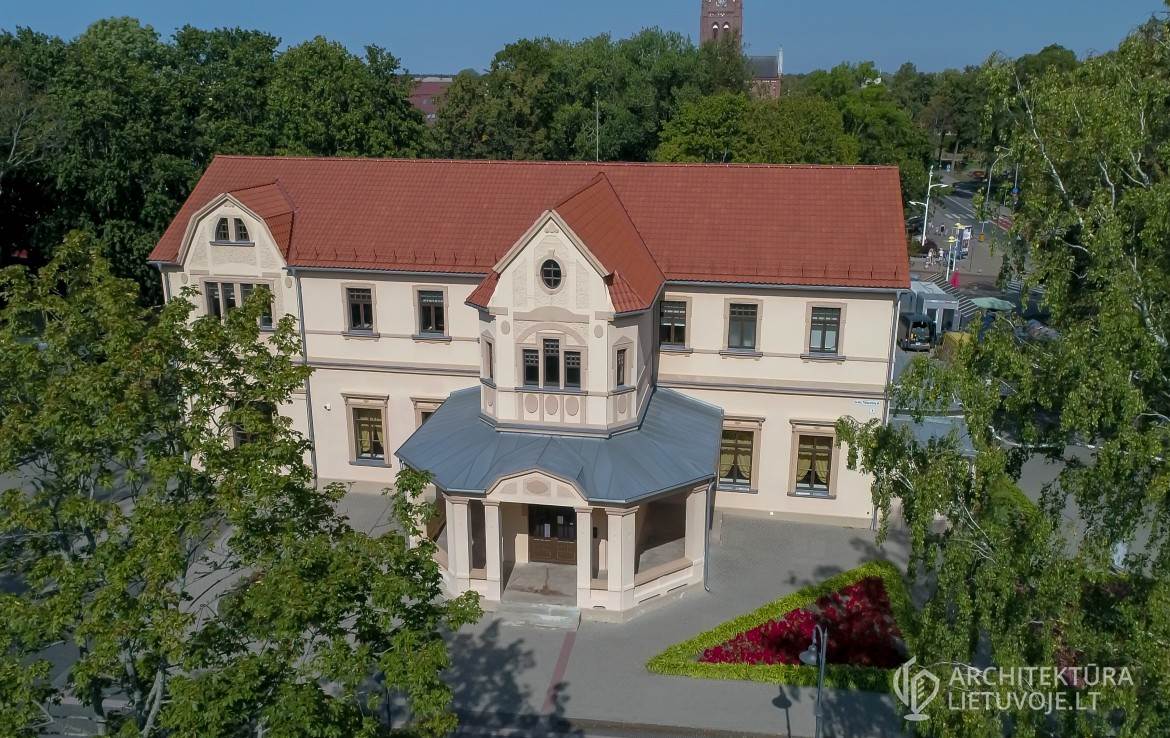 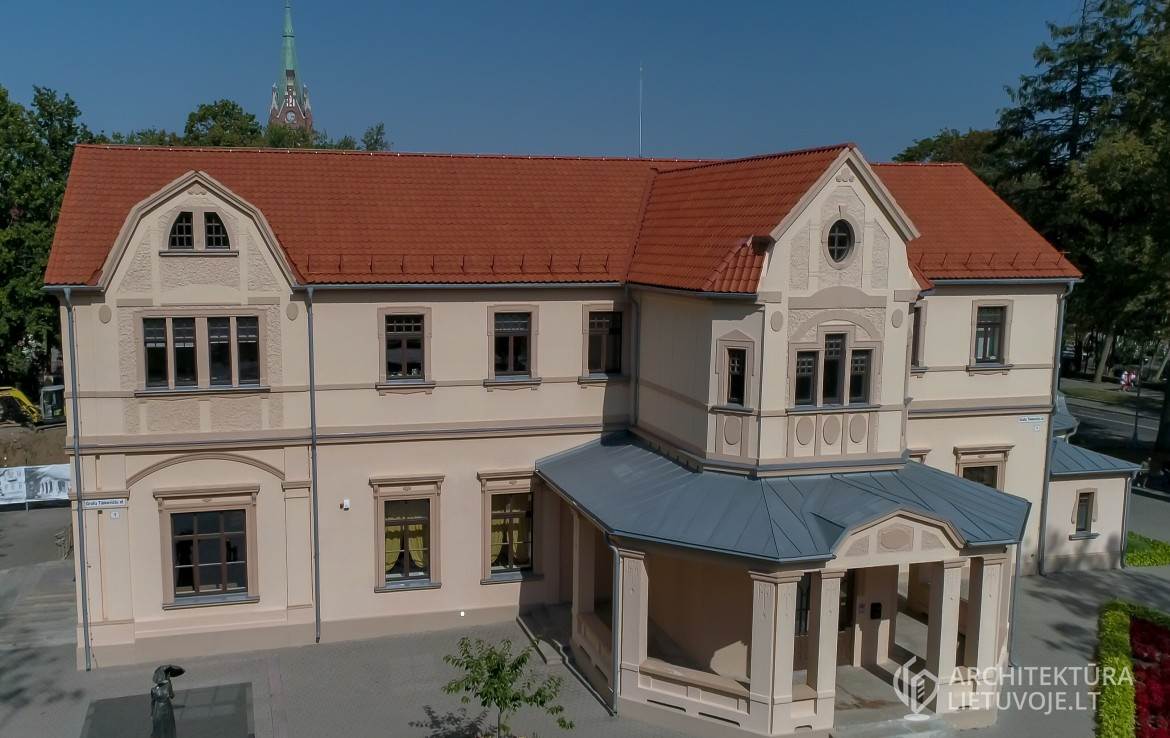 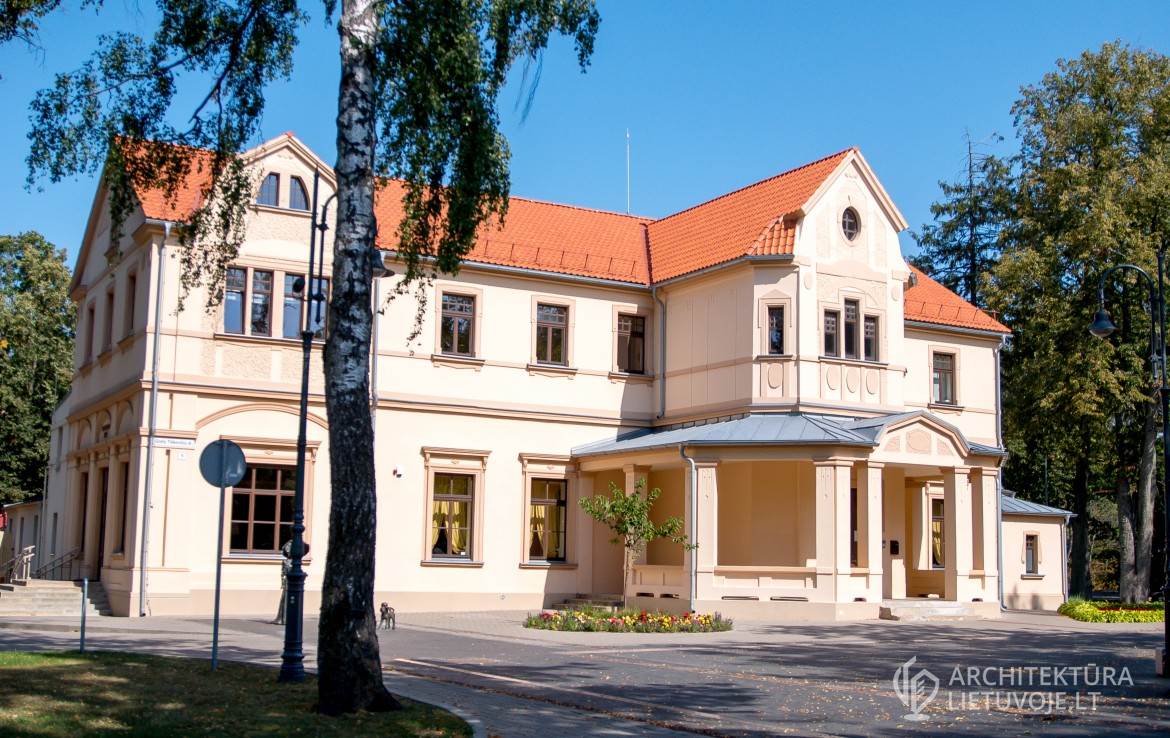 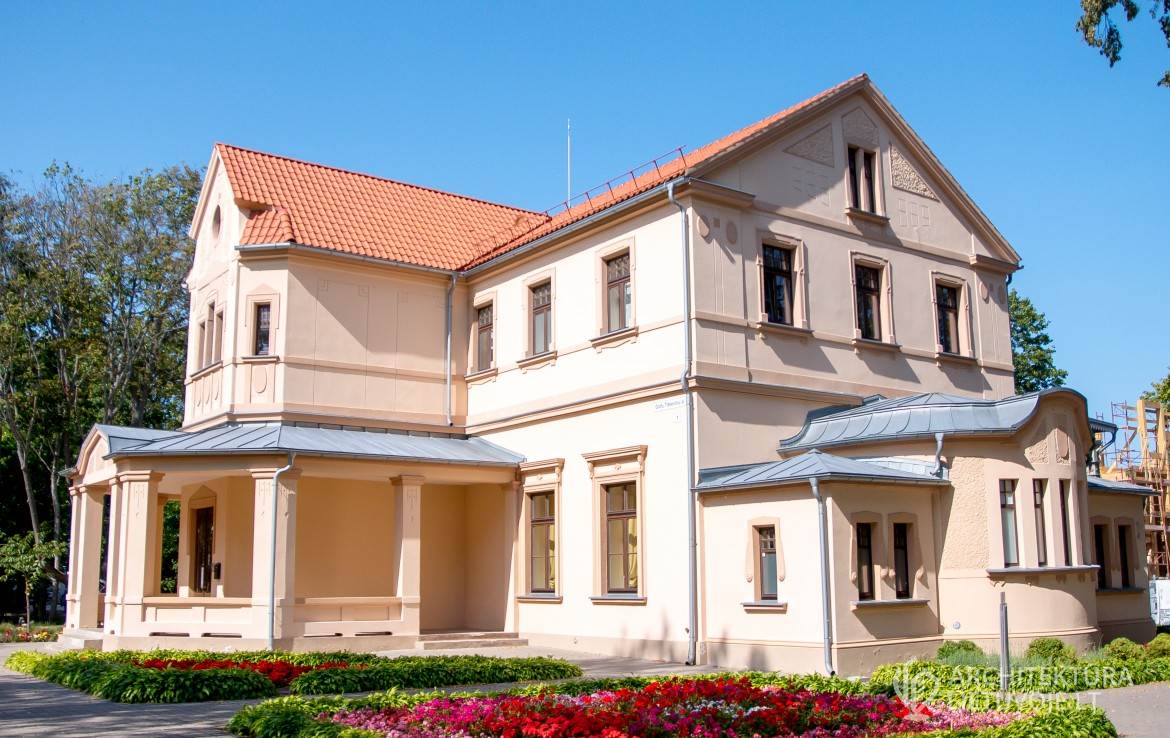 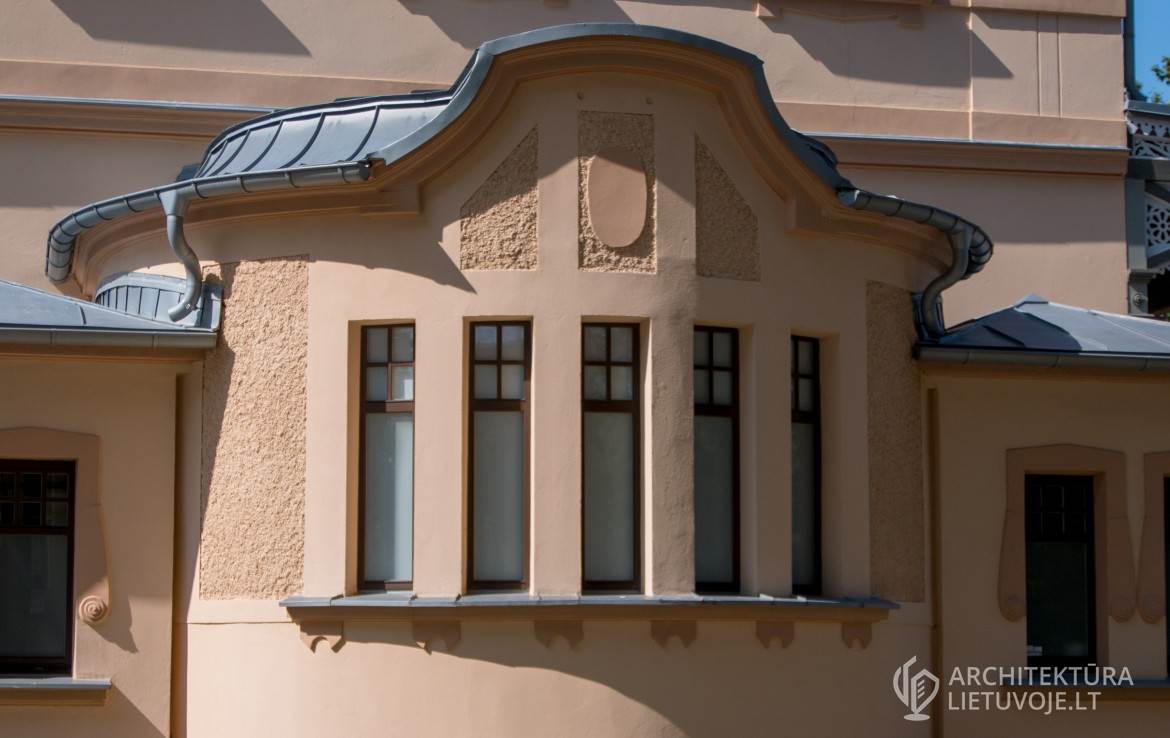 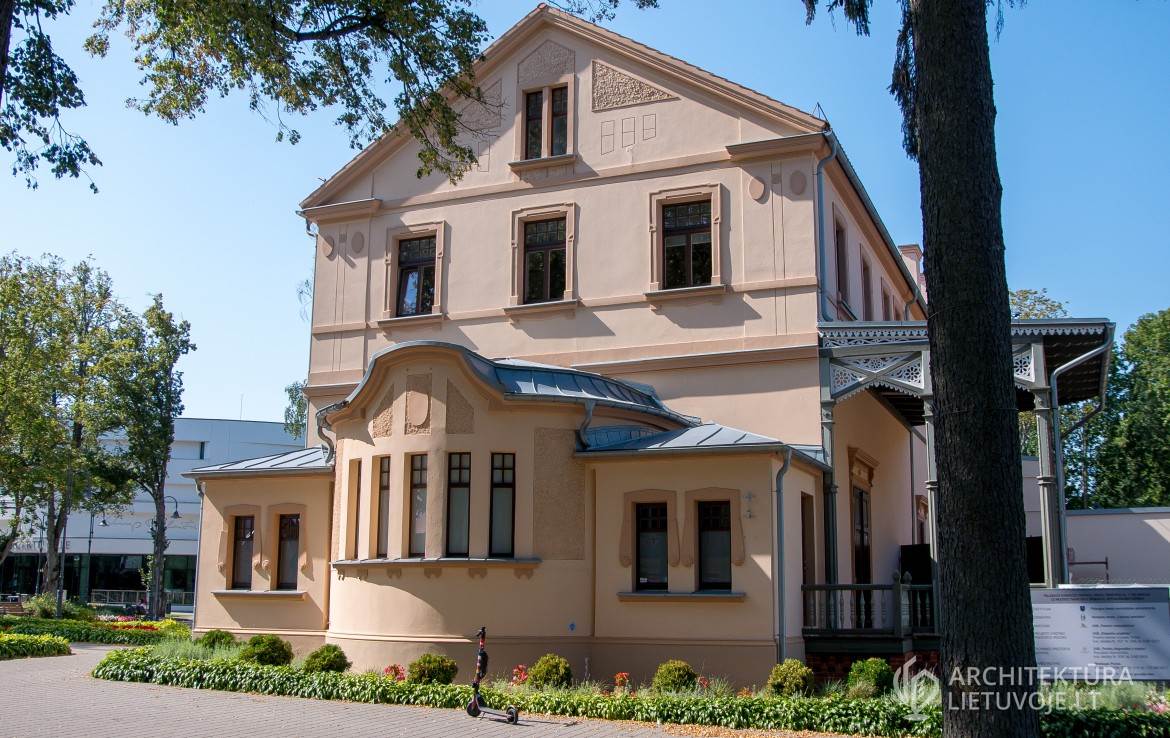 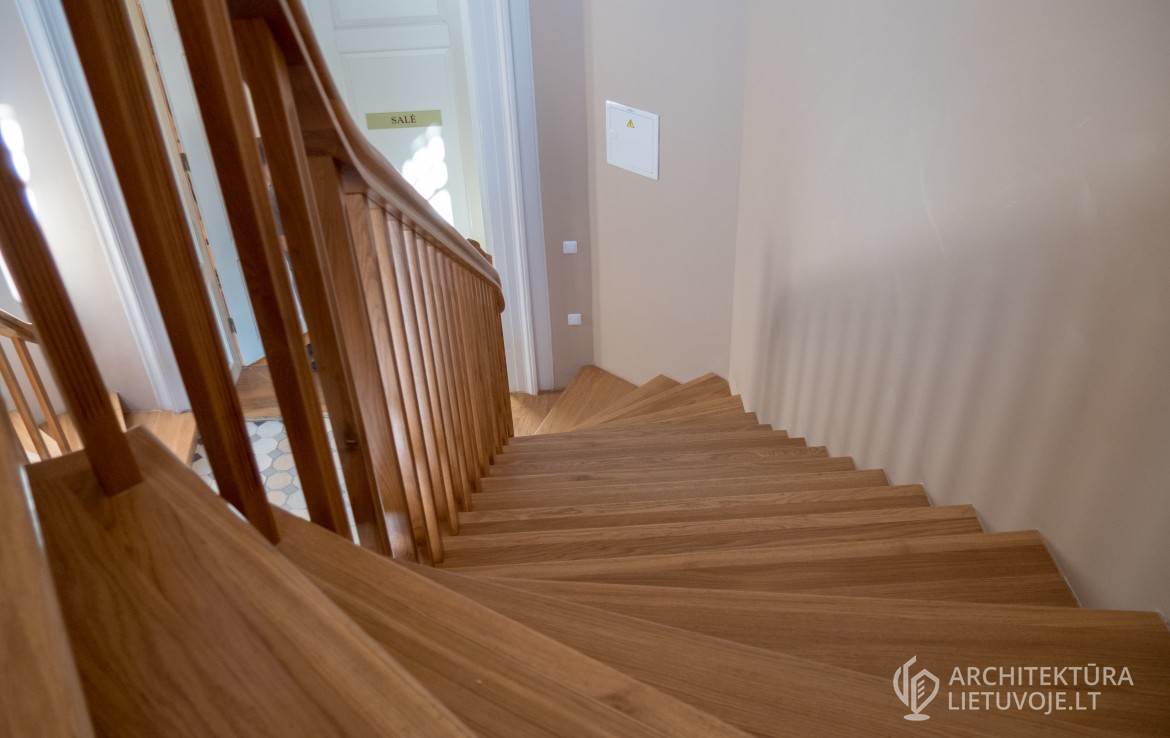