Changes came to the architecture of synagogues on the second half of the 19th century: the established norms changed and once Historicism took over, many unusual elements were used in the expression of the Jew’s house of prayer. Sometimes, some elements from the Christian churches were adapted to the buildings. In 1872, the Kaunas merchant Lewin Minkowski built a new synagogue, which today is destined to remain the only functioning one of the former dozens of Kaunas Jewish house of prayers.

The winds of Historicism brought a neo-Baroque expression to the architecture of the synagogues, reflecting not only in the rhythm of the façades, but also in the pediment of the front façade. The latter, complemented with volutes on the sides, evolves into a small rectangular tower: and this is not the only highlight looking as if borrowed from the Catholic churches. The building is continued with a narrower part from the back, reminding of a rectangular apse. And yet, such similarity to the Catholic sanctum was crossed out by the most unique feature of the of the building’s front, the echo of the so called Moorish style, which is so extremely rare in our region – a peg-top dome, reminiscent of a circle. Unfortunately, the latter was lost during the World War II and today the dome is much more modest. The Moorish style in the architecture of the synagogues of that time has expanded from the Iberian peninsula – it was assimilated with the so called Golden Age of the Jews in Spain of Middle Ages.

The rear part of the synagogue, reminiscent of an apse, was used to set up an Aron Kodesh – one of the two most sacral places in the synagogue, where the Torah is kept. It was usually very decorative and the Kaunas one is no exception – the contrasting combination of light and dark colours can be partially assigned to the influence of the Moorish style. Another most important part of the synagogues is the Bimah, an elevated platform for the reading of the Torah, is quite modest in the Kaunas Choral Synagogue, however, later on a dormer window was installed above it. As typical, on the second floor, the synagogue is surrounded by the so called women’s galleries from the three sides. The caisson ceiling, just like parts of some walls, are decorated with painterly and relief décor elements typical of the synagogues. 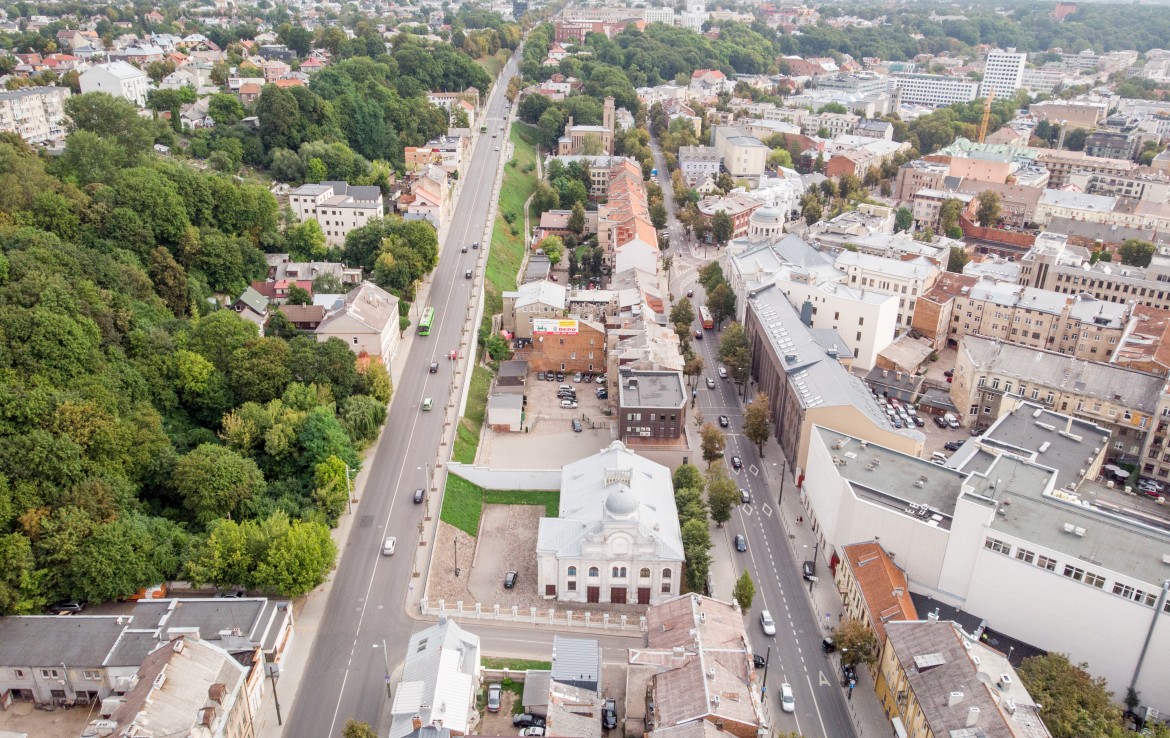 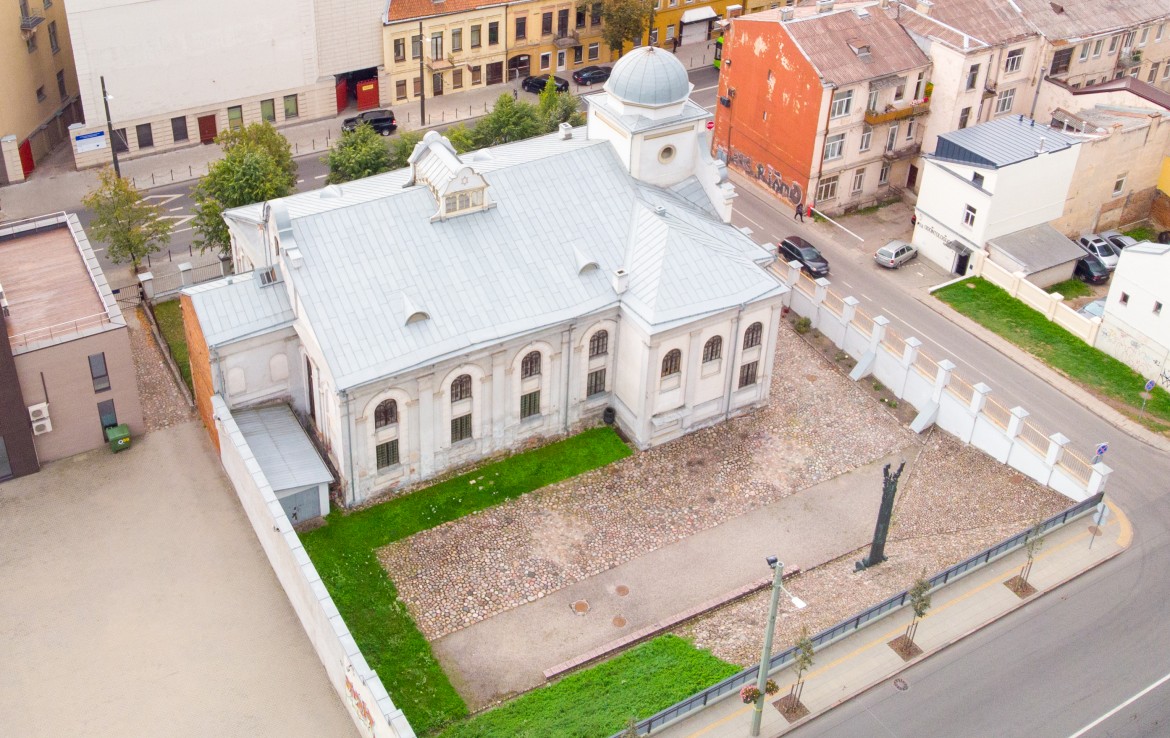 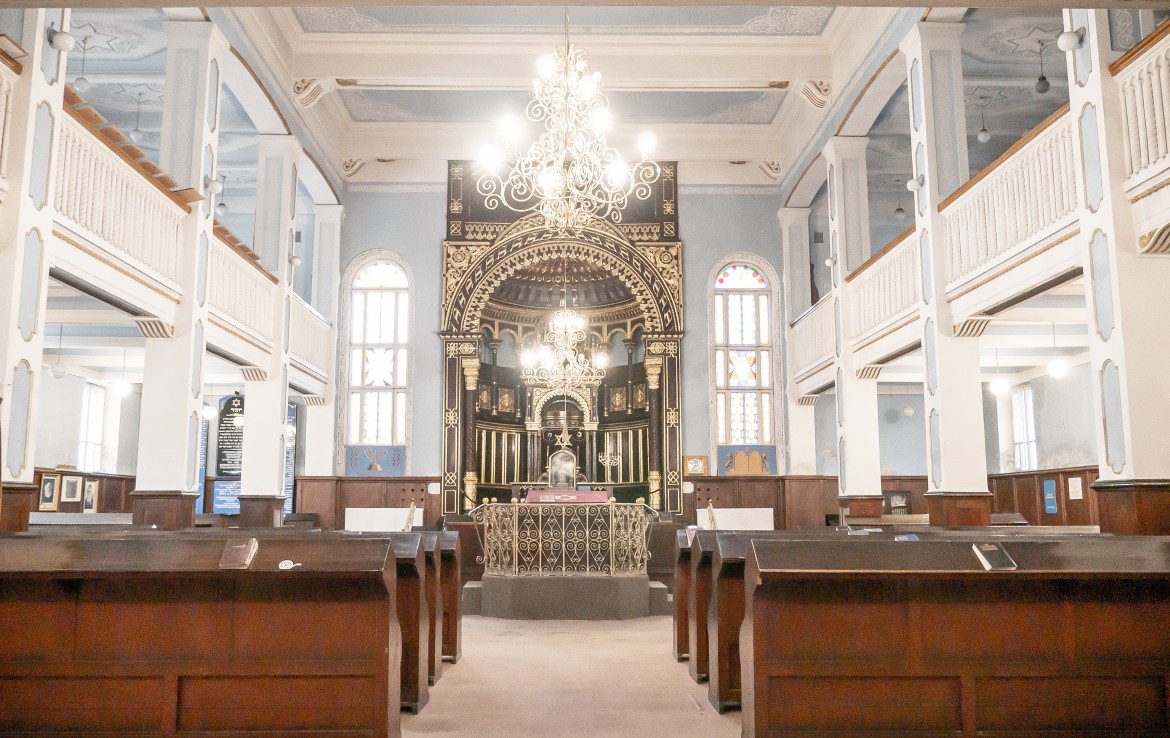 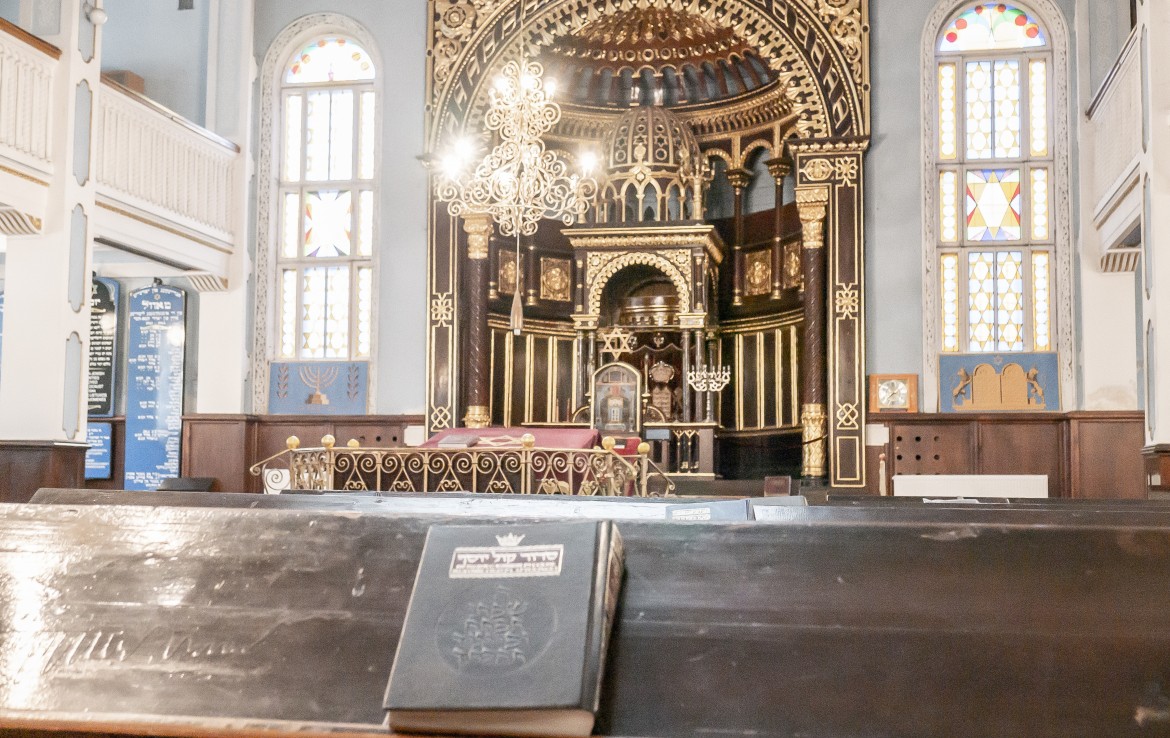 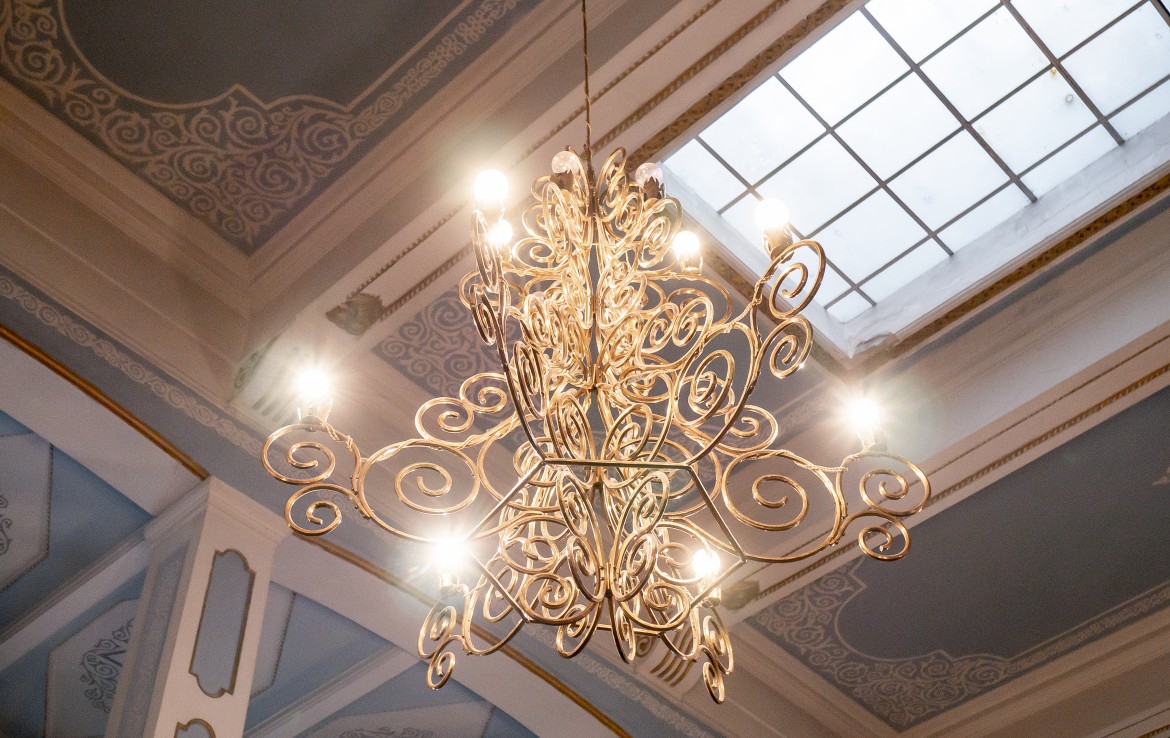 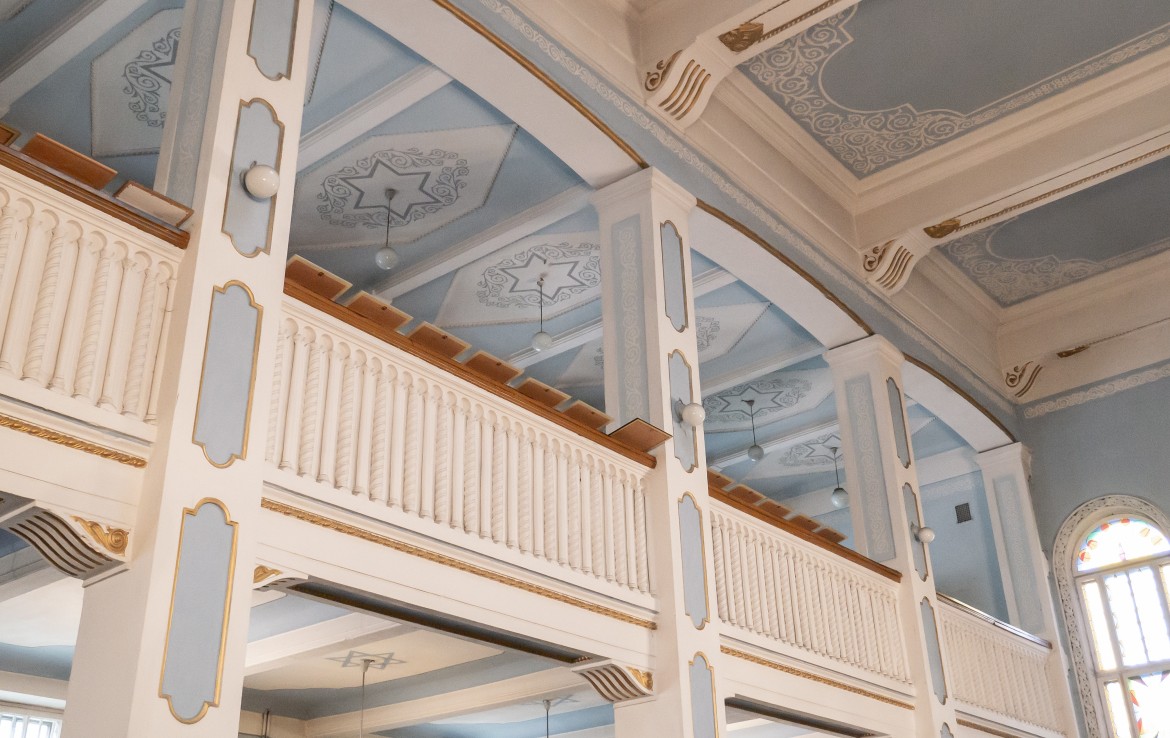 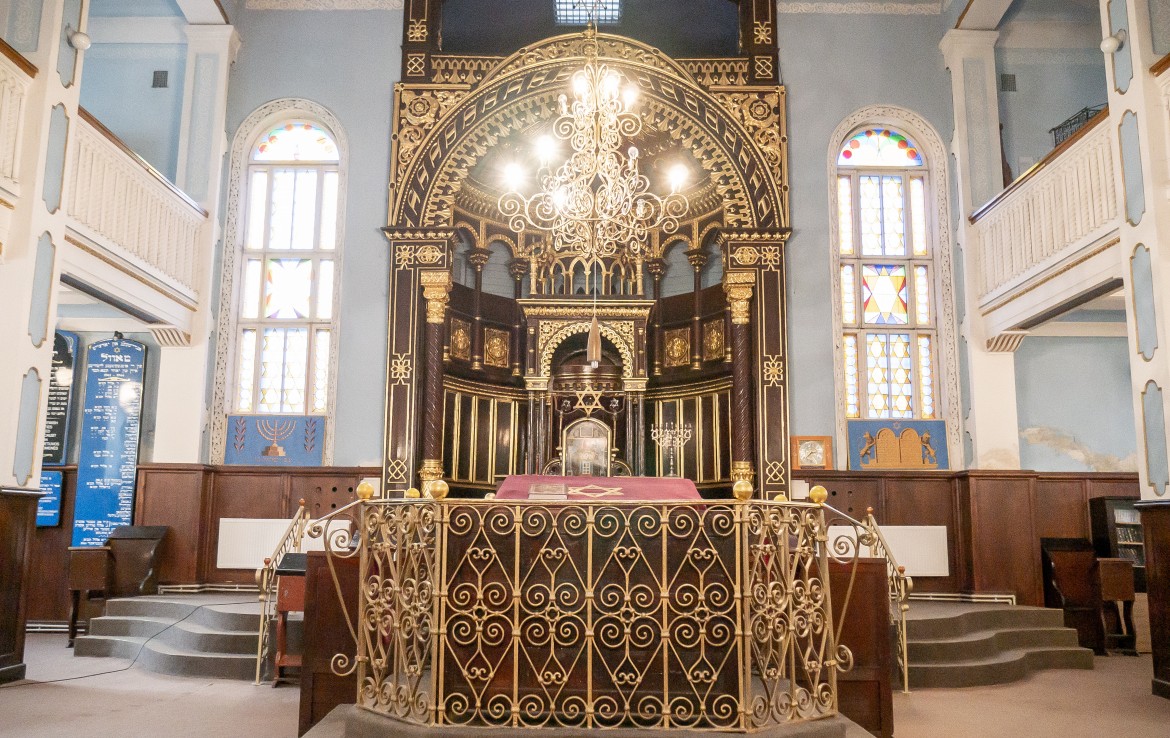 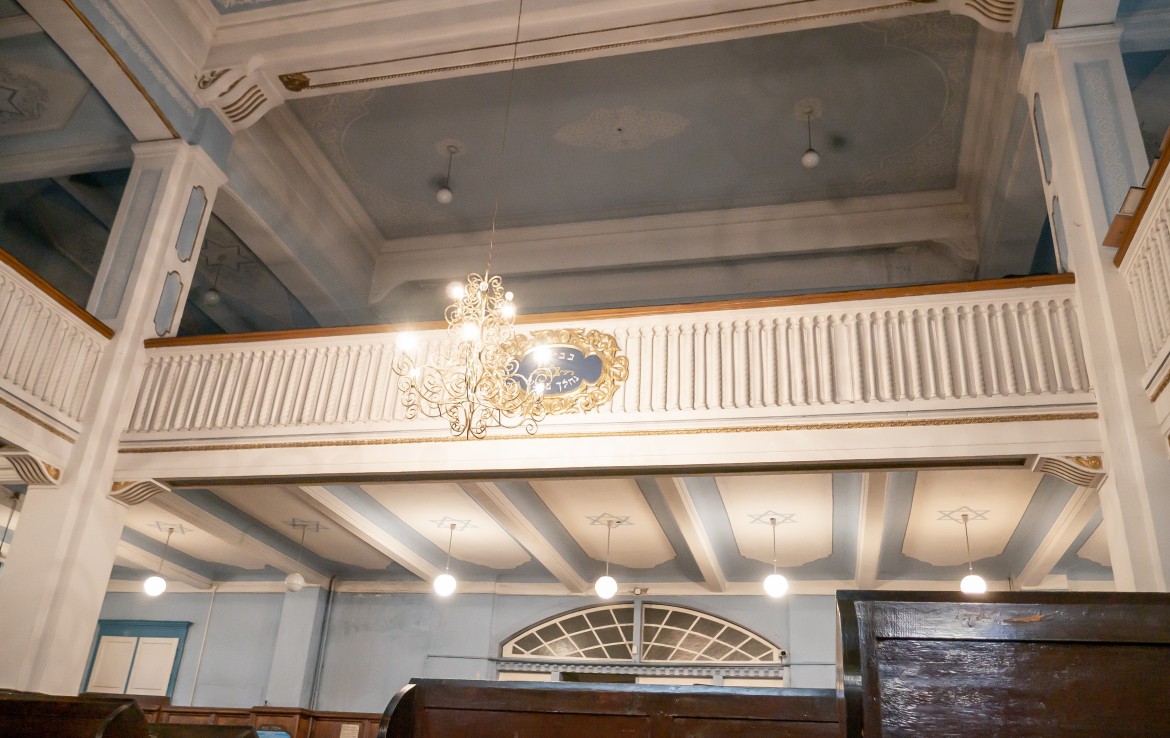 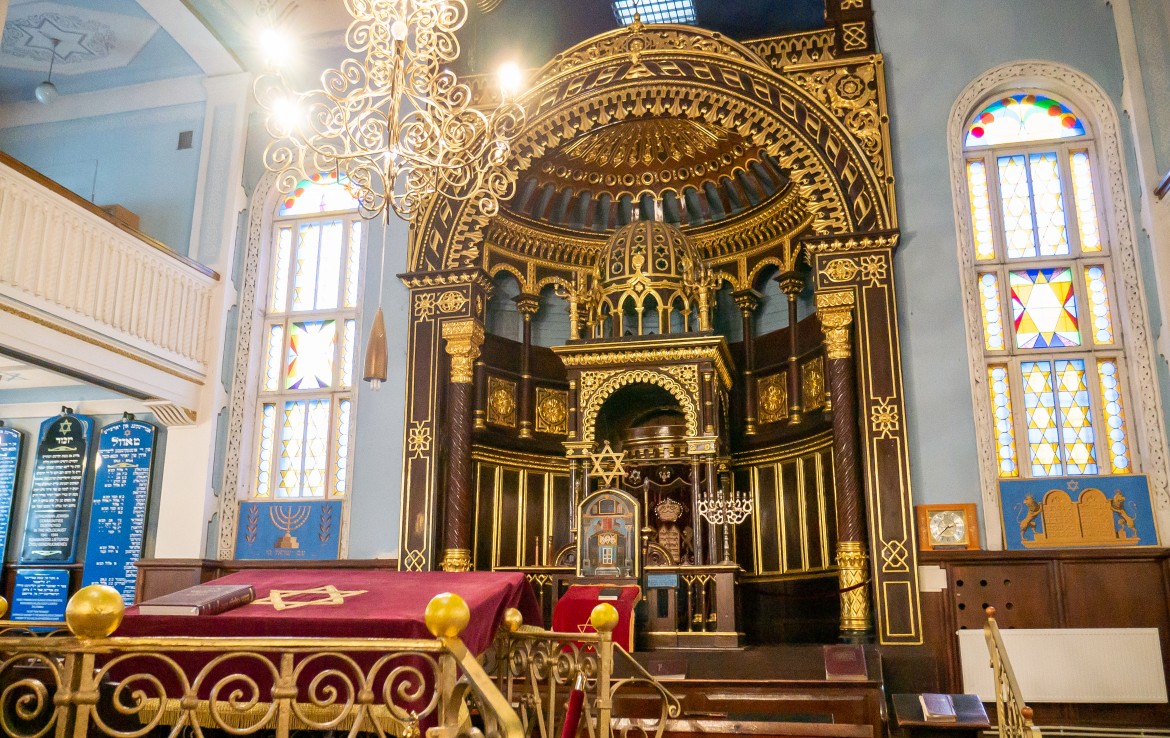 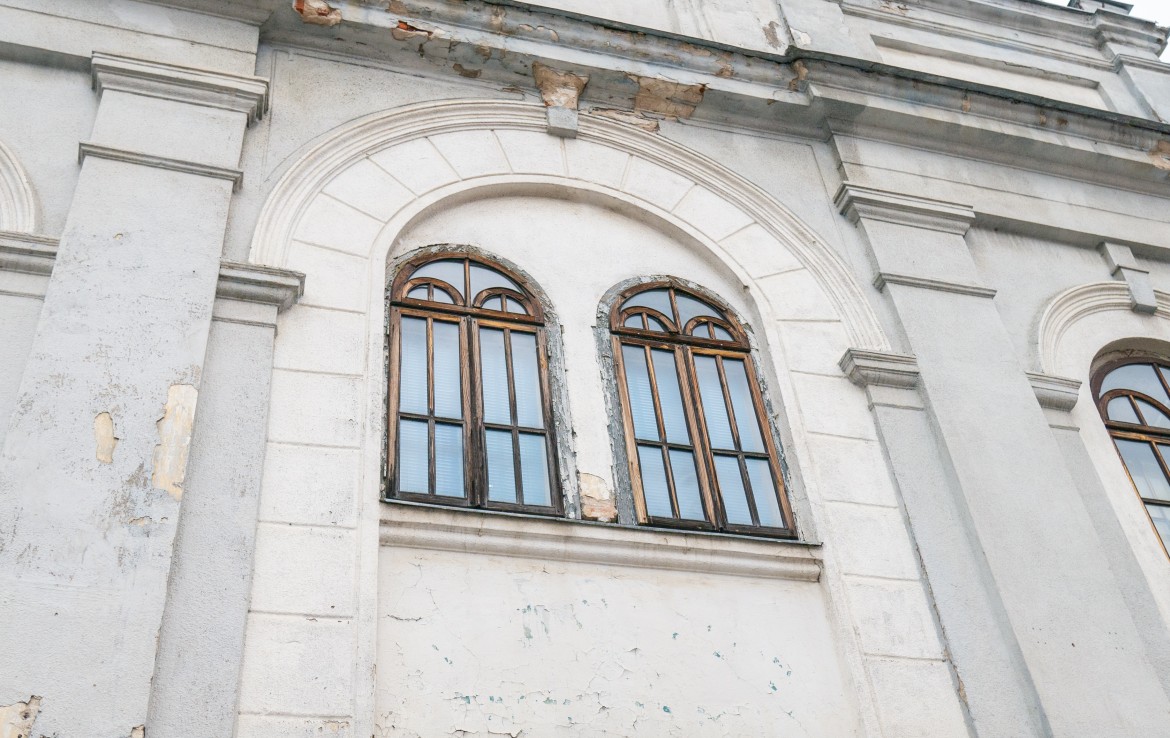 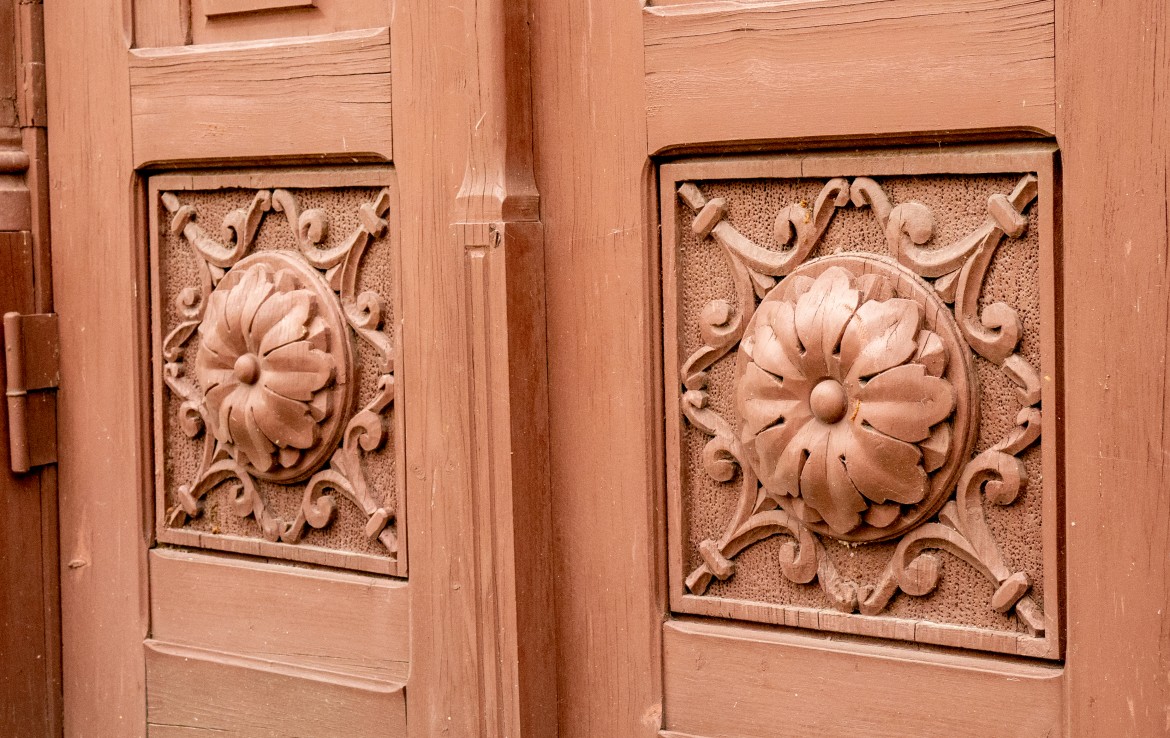 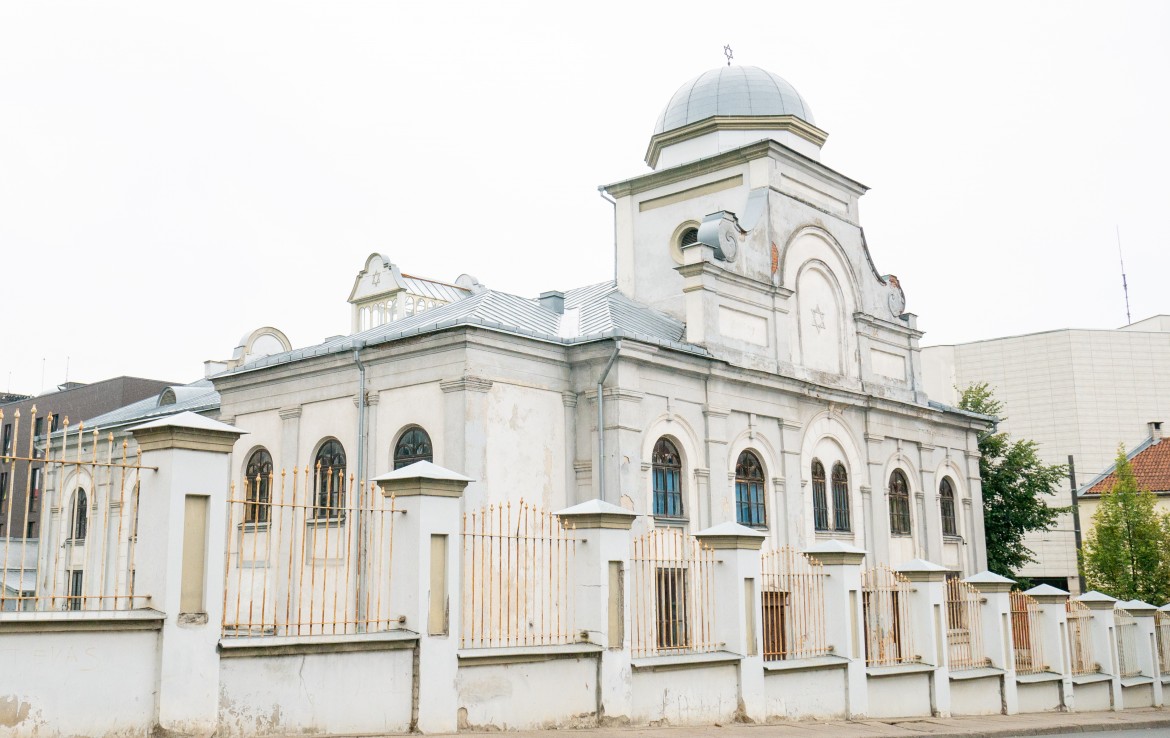 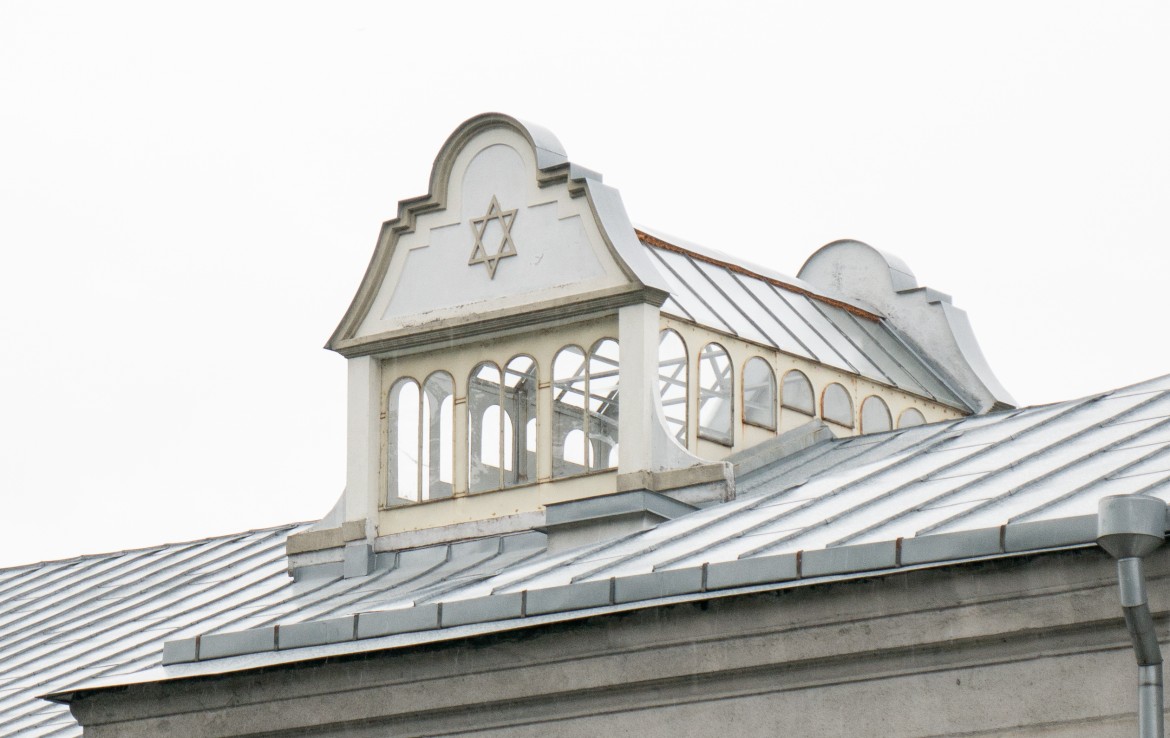 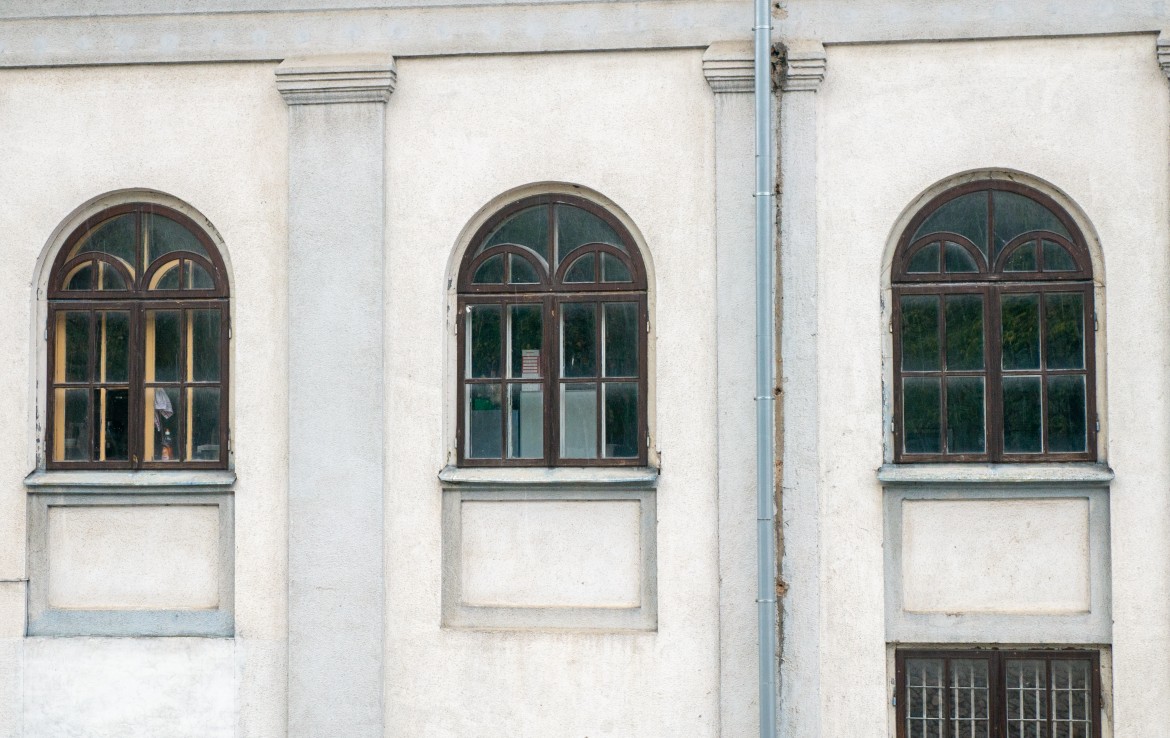 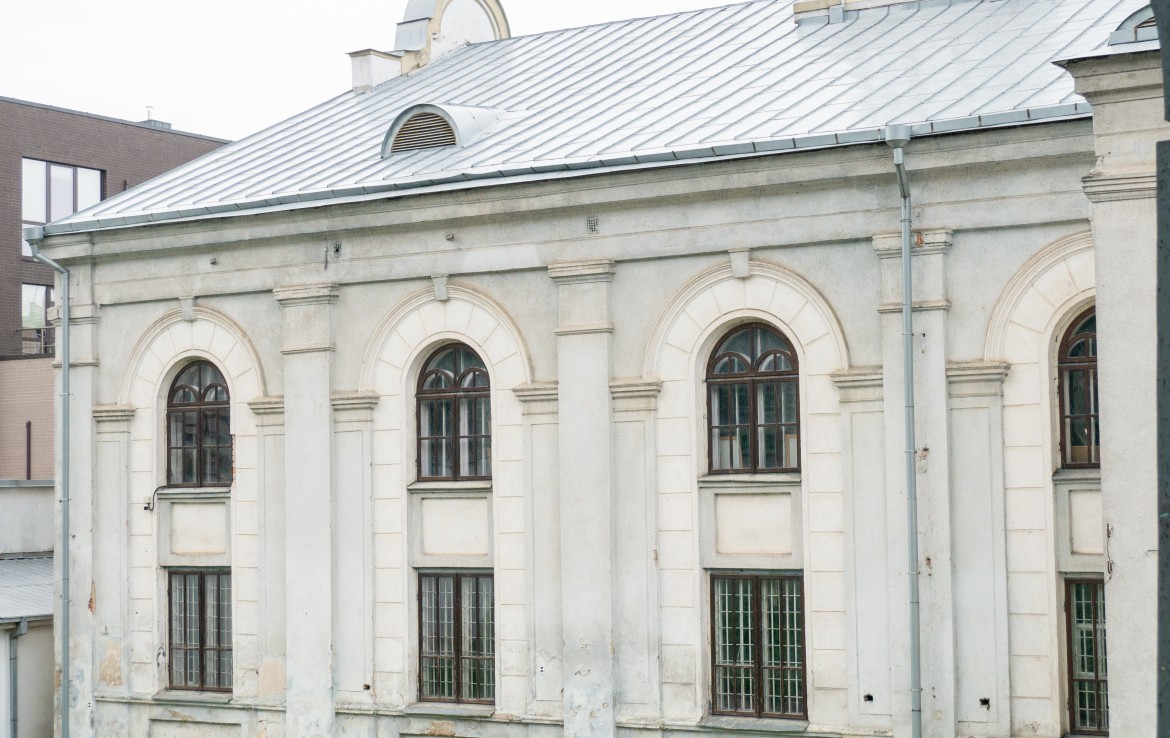 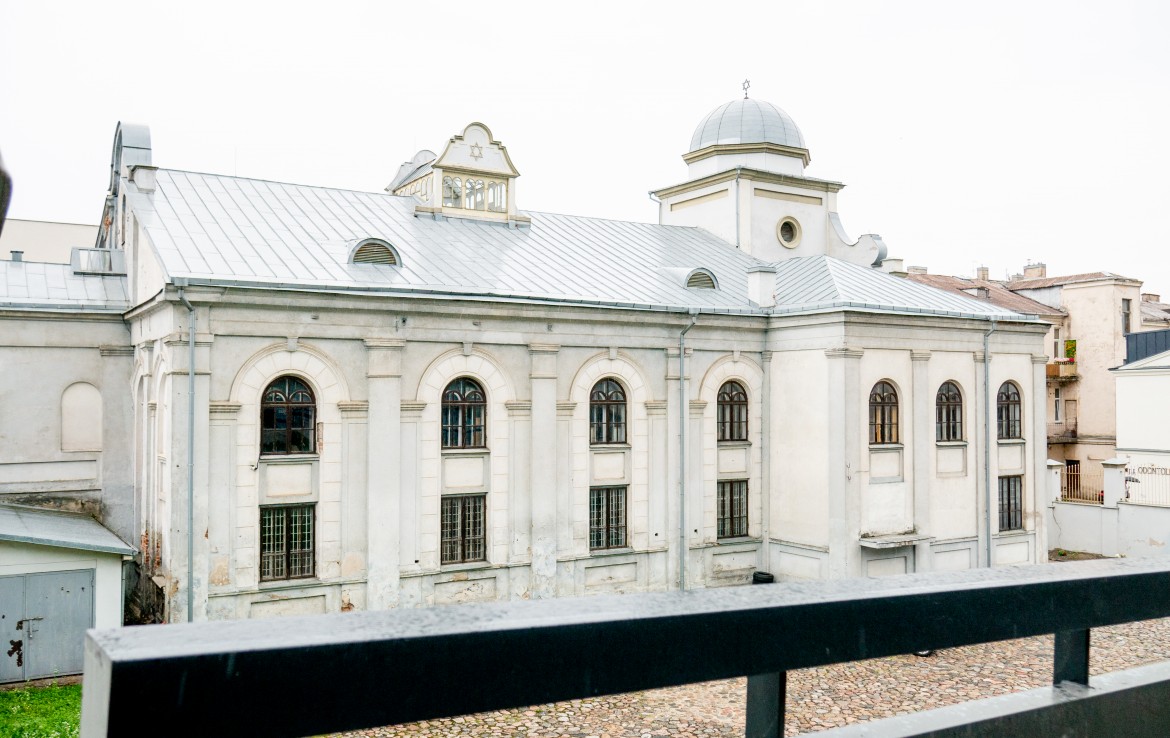