Complex of buildings of Blessed Trinity Church in Nedzingė

Complex of buildings of Blessed Trinity Church in Nedzingė

Almost right in the middle of Dzūkija, halfway on one of the highways between Varėna and Merkinė, the small village of Nedzingė, once established itself. The status of a village, containing a church, was acquired in the mid-19th century. In 1849 a new, masonry local church was consecrated. It had been designed even in 1840 by a Vilniusite Karolis Gregotovičius, the architect. Although this architect mostly has been known for his churches built in Romanticism style, this one contains just minor features of this style – Nedzingė and its buildings around comprise a Classical ensemble piece.

The church itself – a building of rectangular plan, without towers, still with a portico – is characteristic of the late Classicism. The portico consists of four Doric columns, propping the entablature, the frieze of which is decorated with triglyphs, while the dentals are set up under the cornice. In this form, both the cornice and the frieze band gird all facades of the church; the triangular pediment of the main facade ends with a similar cornice. The facade corners are accentuated by steep-angle pilasters. If we go around the church, the similar ones will be seen; on the rear facade one sees even four pilasters, they do not just accentuate the corners, but divide the facade as well.

The side facade is quite laconic in comparison – frieze bands under the windows, plastered white, divide the facade into two tiers. The plane of wall dominates on the bottom tier, while on the second one – small windows are set up inserted into the semi-round arches. One of the most distinctive elements of the church – sacristy additions, destroying the rectangular plan of the church, characteristic of late Classicism ones, decorated with two-column porticoes, which by their architecture details as if reiterate at the smaller scale the solutions seen in the main facade. True, they are much more modest – there are no triglyphs, and the cornices are not decorated with dentals.

Upon entering, one is met with two round columns, holding the organ choir; then one gets into a single-nave, compact, cylinder-shaped space of the church, covered with the wooden ceiling. The interior contains little decor. Most ornate elements – different articles equipping the church. Classical altars are on both sides framed by the modified Doric columns – entablatures are recessed, while the pediments broken. In this niche, the top tiers, farther on recessed, begin. They are composed similarly, just in the smaller scale. True, the pediments are not broken here, still recessed together with the entablatures. Only on the High Altar, the top part ends with the entablature, which almost reaches the ceiling of the church. Charming authentic tiles of church’s flooring have stood the test of time, they are adorned on the sides and next to the entrance. A sepulchre has survived under the church, where its founders are buried.

The other buildings of the ensemble are characteristic of Classicism as well. A usual in that time solution, a small belfry, is erected in the corner of the churchyard. The bottom tier, which is the highest, is bricked out from field stones– this may be called a small implication of Romanticism fashion, which started to spread at that time; the upper tier is plastered, with rounded niches set up in the recessed planes on all sides. Both the form of arches and the cornice with dentals converge with the architecture of the church. A simultaneous building of the deanery sits nearby, reminiscent of small wooden manors of that time – a symmetrical masonry building with a four-column portico and windows, decorated with straight fasciae on the top. Above the central part, a wooden mezzanine with a balcony, held by the porticol, is added. 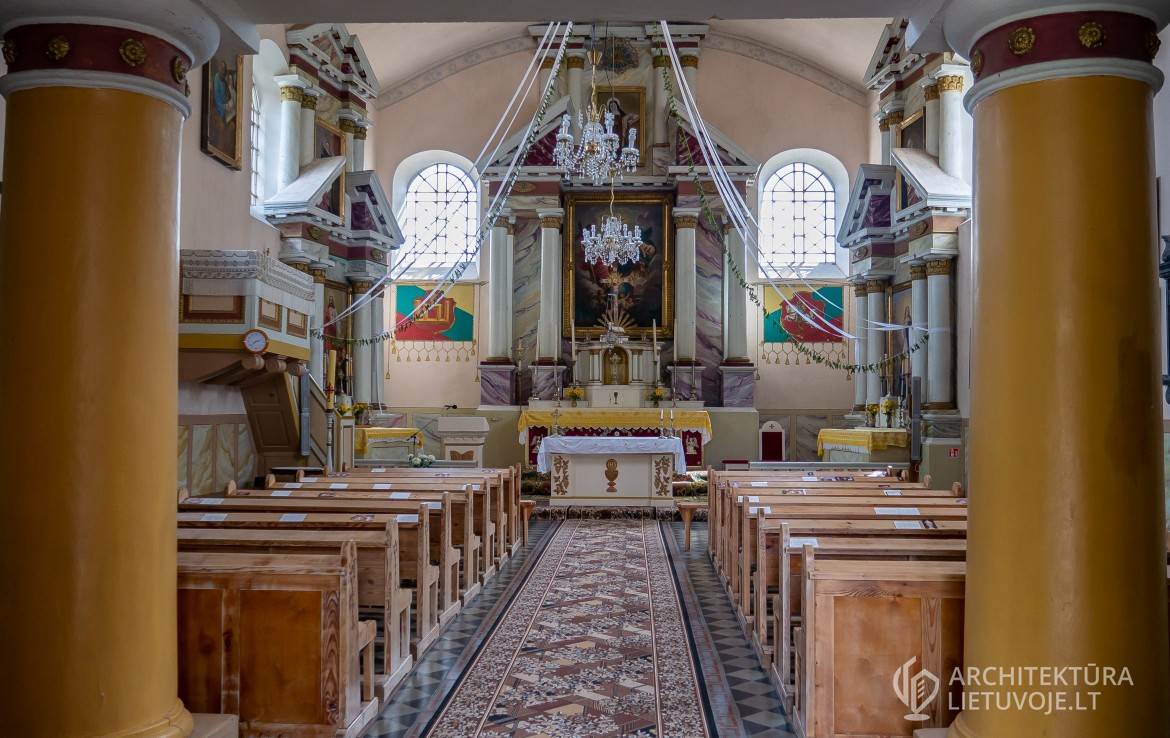 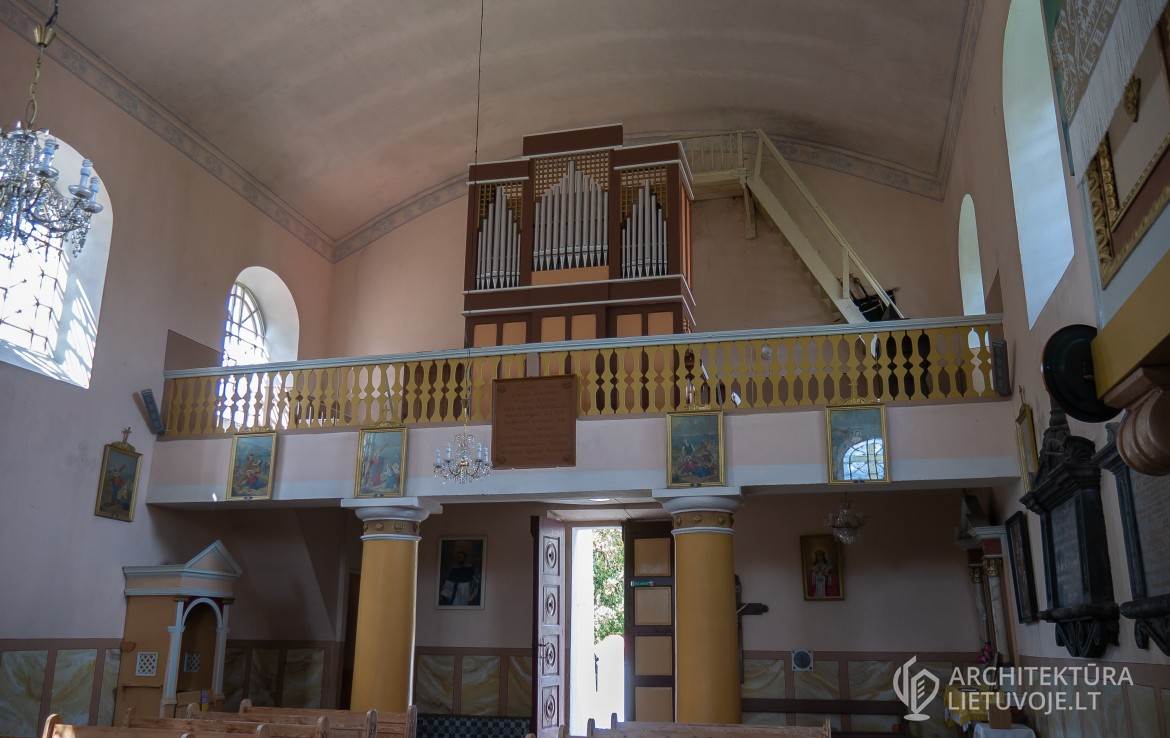 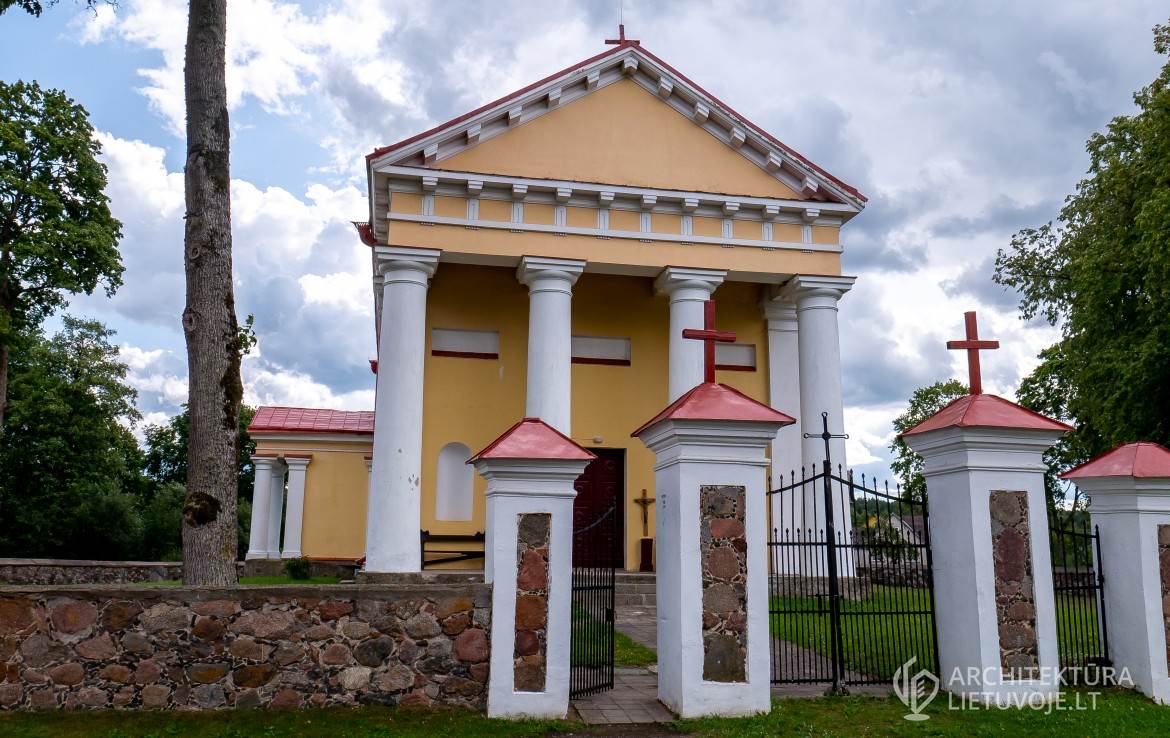 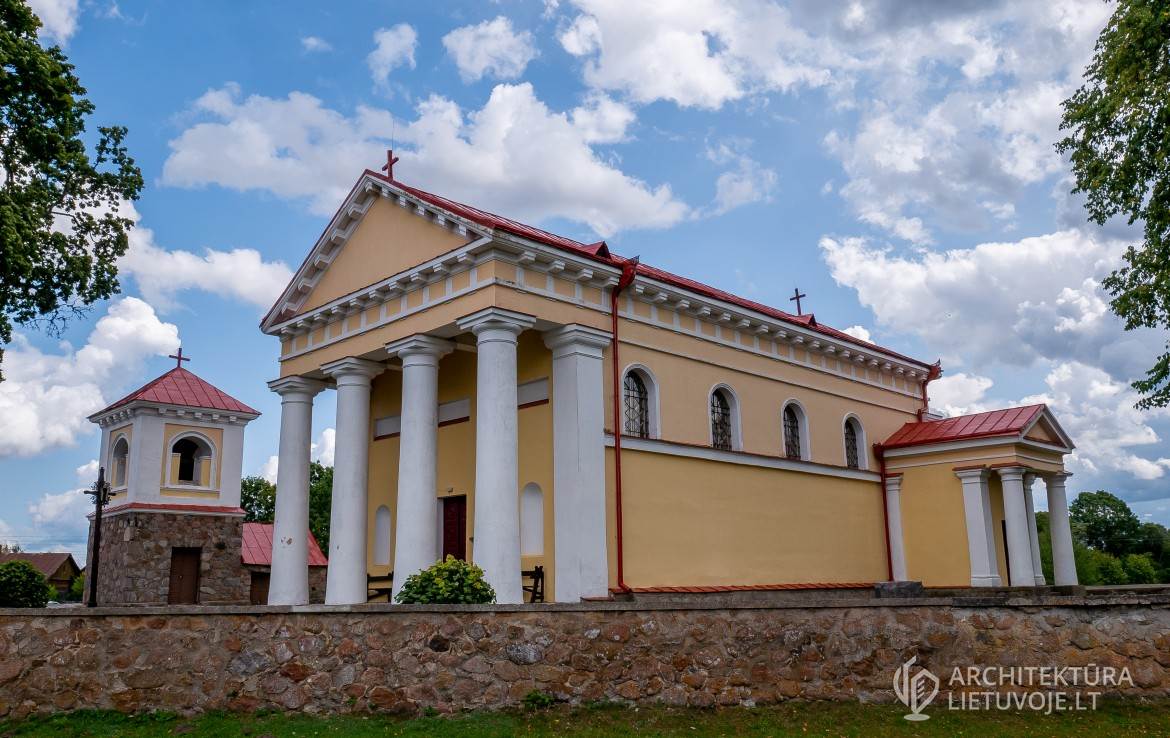 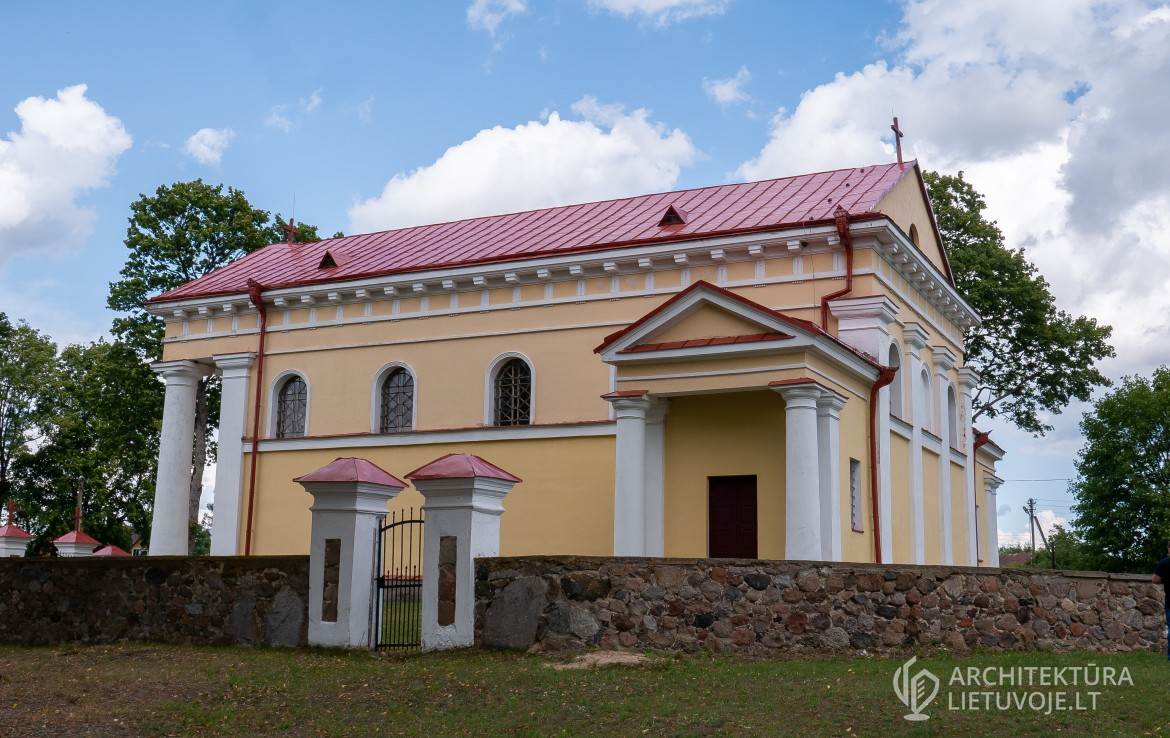 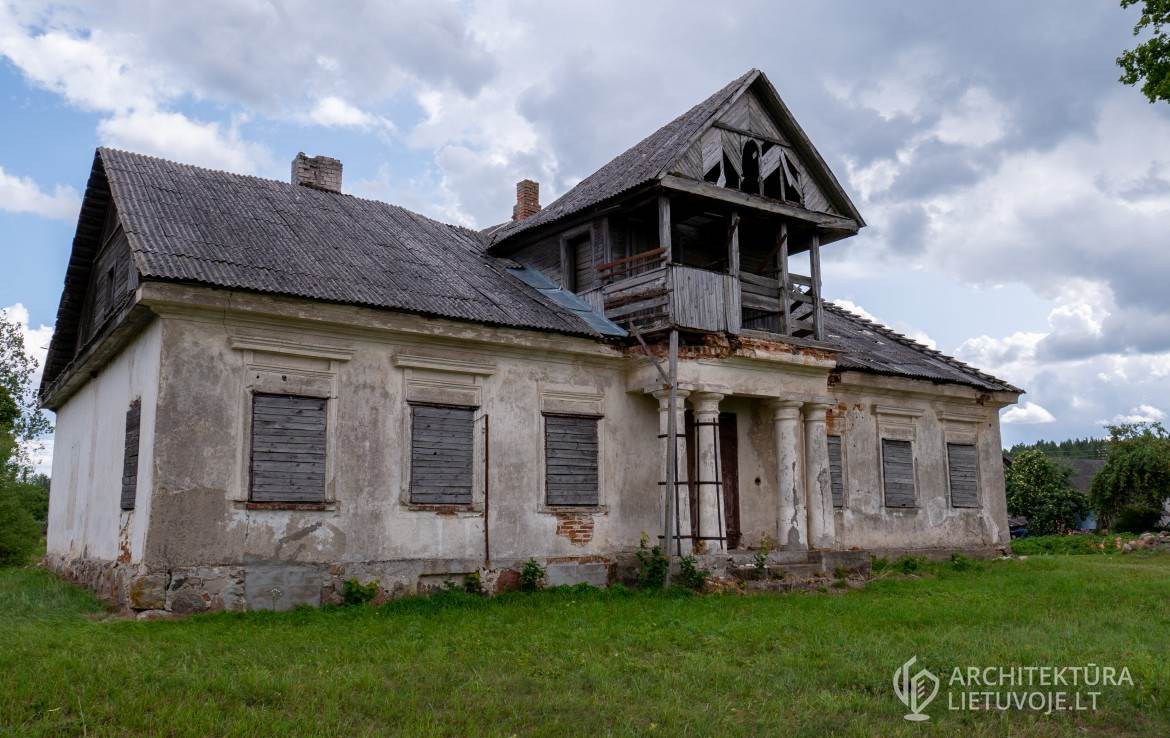 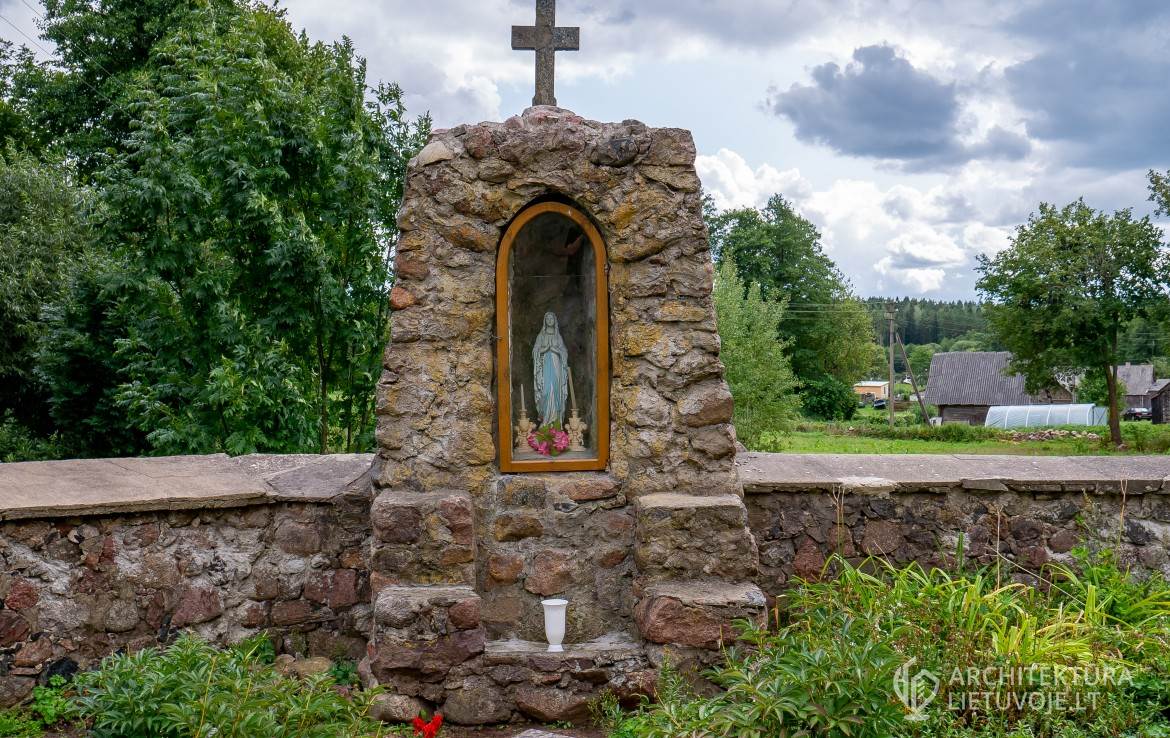 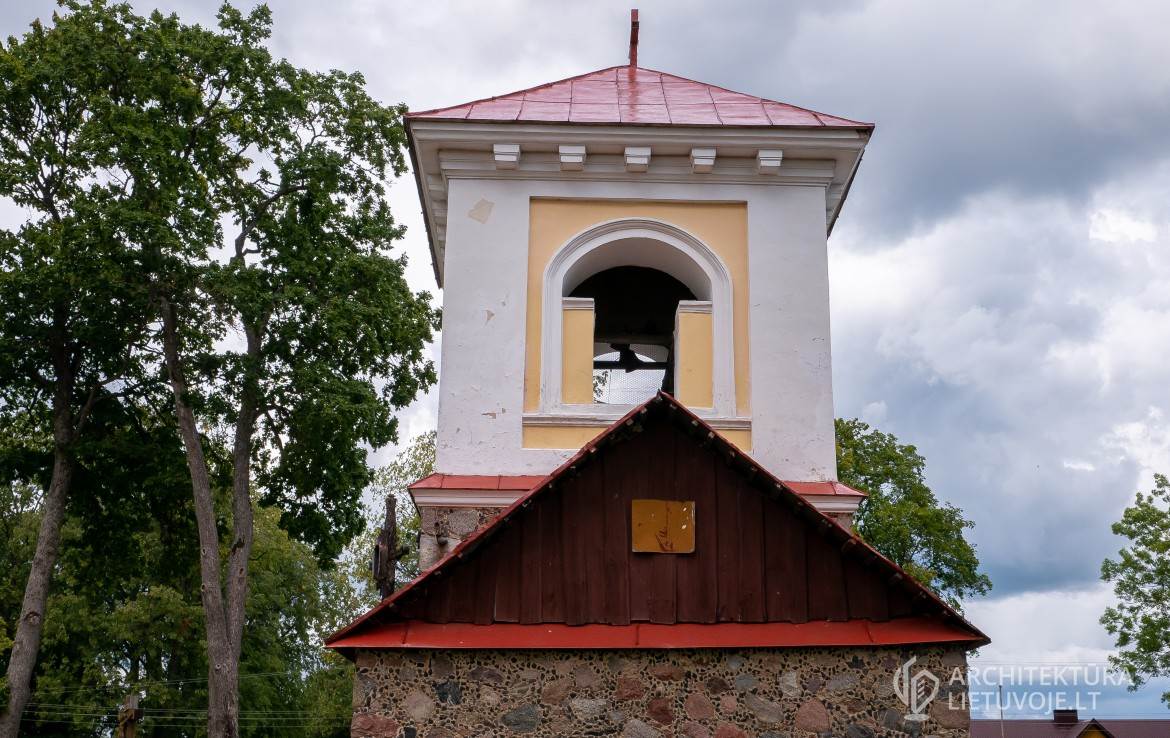 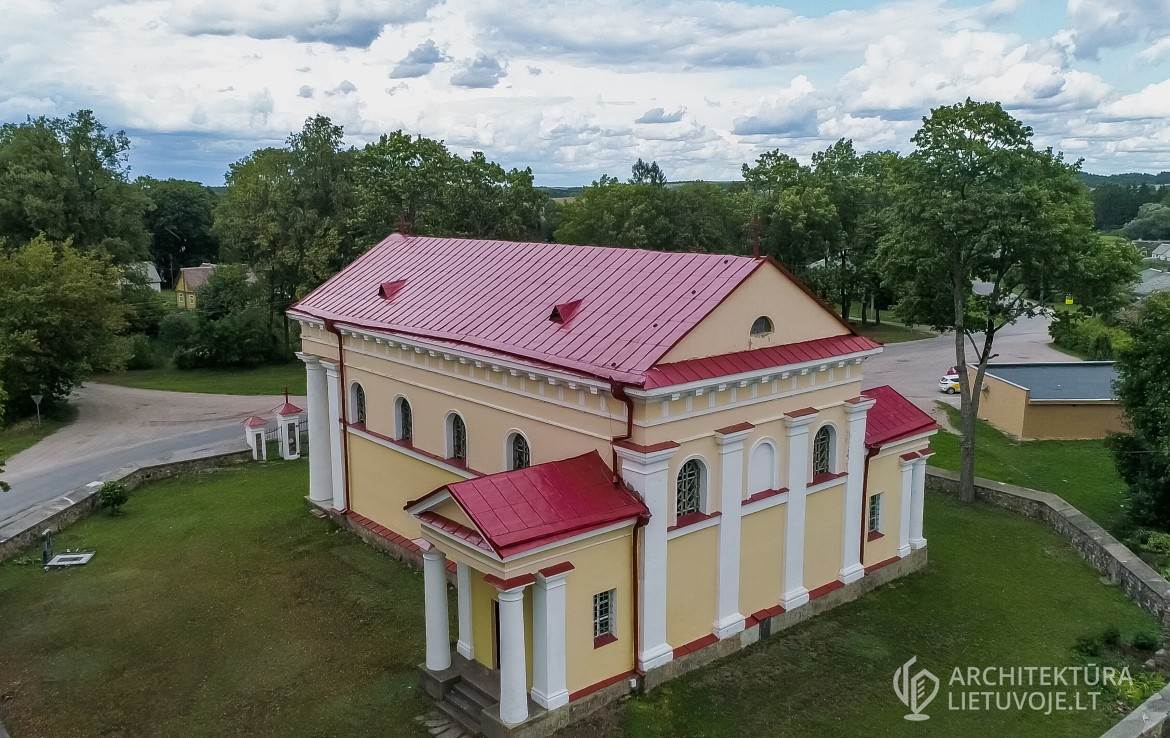 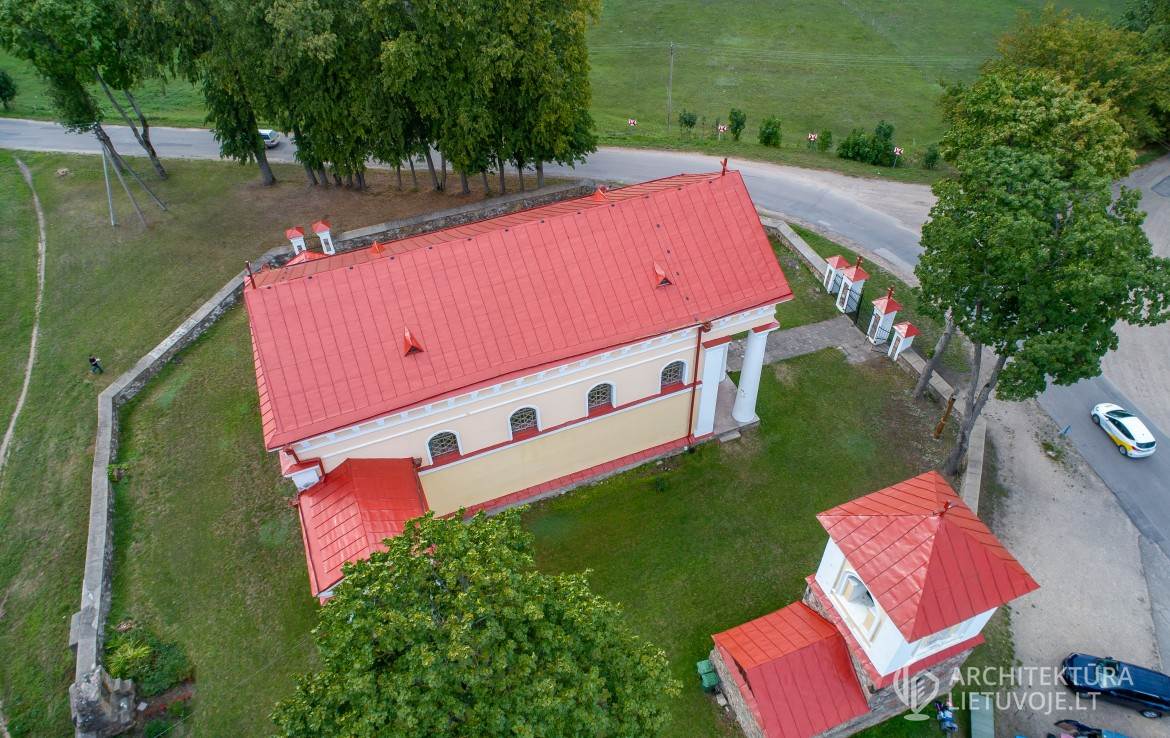 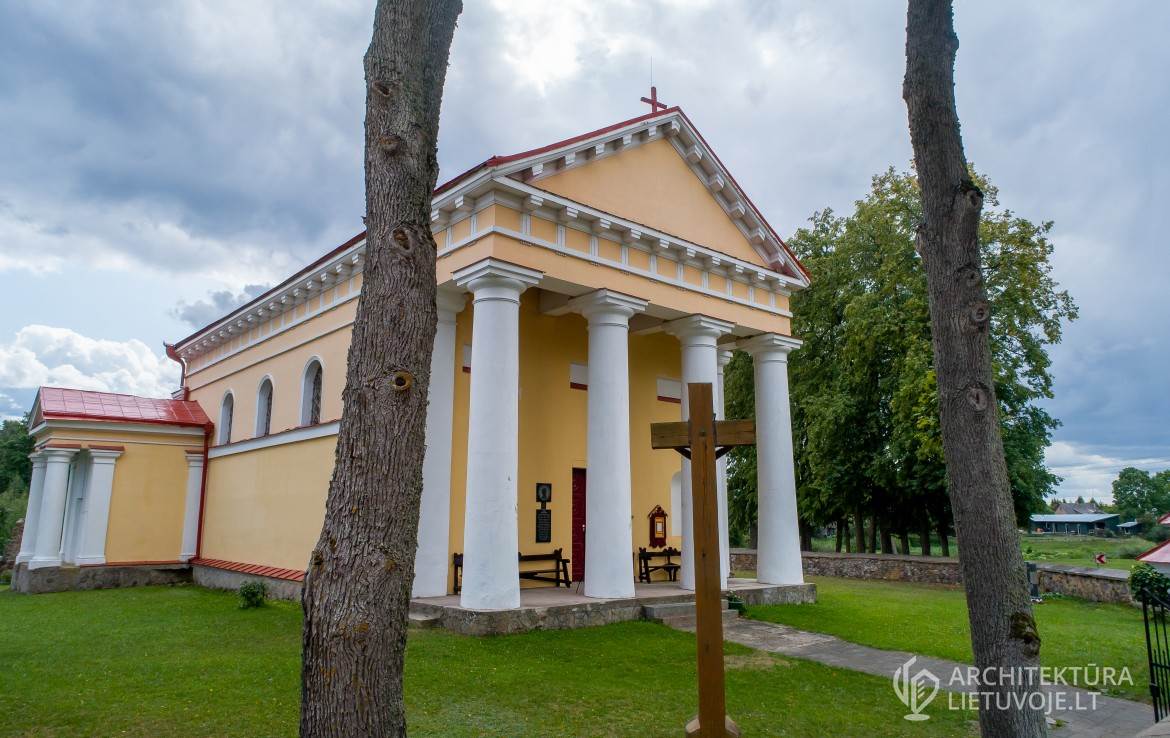 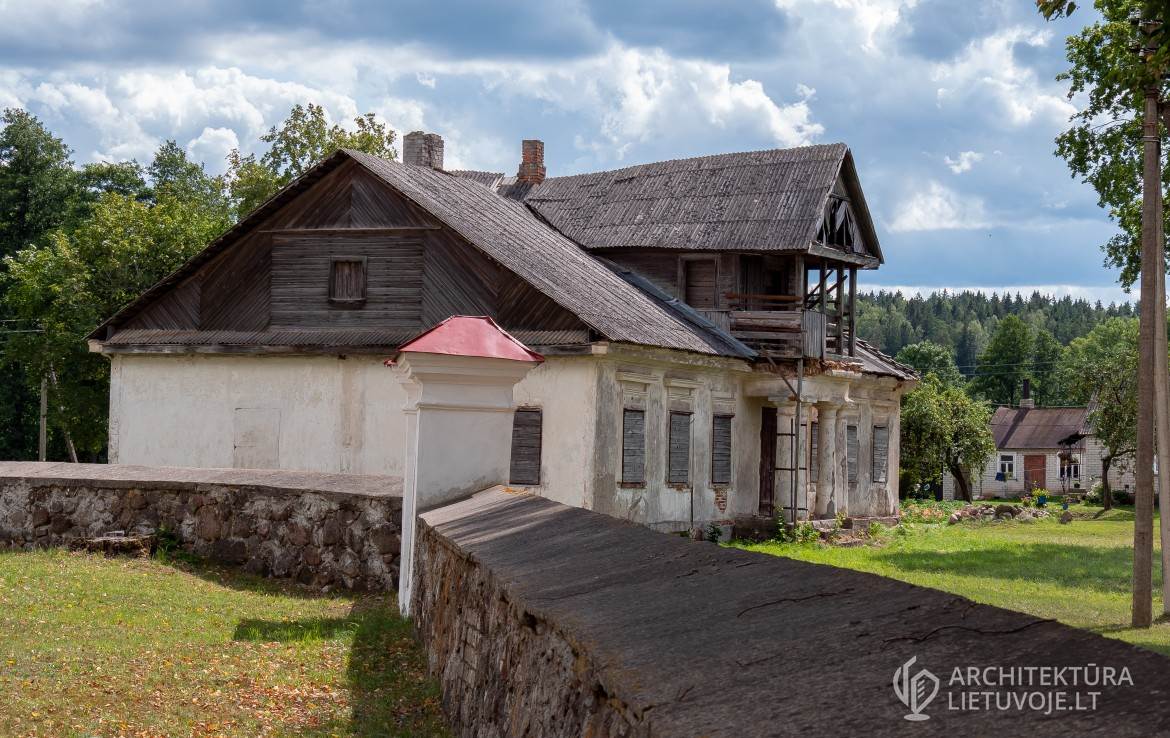