Though the style of Art Nouveau (Secession) did not stay long enough in architecture, however, it still left a mark in Vilnius. But a completely different situation in Kaunas, which was a fortress city back then – only few buildings were built here, which could be identified as holding the stylistic features reflecting the spirit of the early 20th century. The most prominent one is the house of Grigorij Michelson, built on the corner of the current S. Daukantas str. and Vienybės (Unity) square in 1910. The owner constructed the building as a luxurious apartment rental house with spacious apartments on each floor.

The eastern façade was said to be the main, which highlights the two-story bay window with balconies coming out of both floors and on both sides, surrounded by iron fencing, typical of the building’s style. The lateral parts of the façade are somewhat protruded from the general plane of the façade, thus creating an impression of vigour with pilasters highlighted with vertical stripes and completed with rounded pediments with thee niches. The most prominent stylistic accent is the upper bay window with splitting typical of the Art Nouveau architecture; a small, but a subtle detail – small, rounded cornices rising from the sides of the bay window. The somewhat strict symmetry of the façade is disrupted by the main entrance with modest, but stylistically adapting doors. The northern façade is a bit simpler, consisting of a rhythm of windows and pilasters: the latter are similar to those at the main façade; however, they vary in their width.

The interior of the house is especially rich: many elements, typical of Secession, have remained here, such as stair trellises decorated with floral motifs, stairway windows of complex, organic splitting with the retained stained glass elements; doors and their architraves. The ceiling cornices with Secession geometric and floral patterns and the rosettes of the ceiling lamps have also remained. The building was reconstructed twice – partially in 1993 and during the 2015-2016, when all the remaining architectural elements were restored thoroughly. 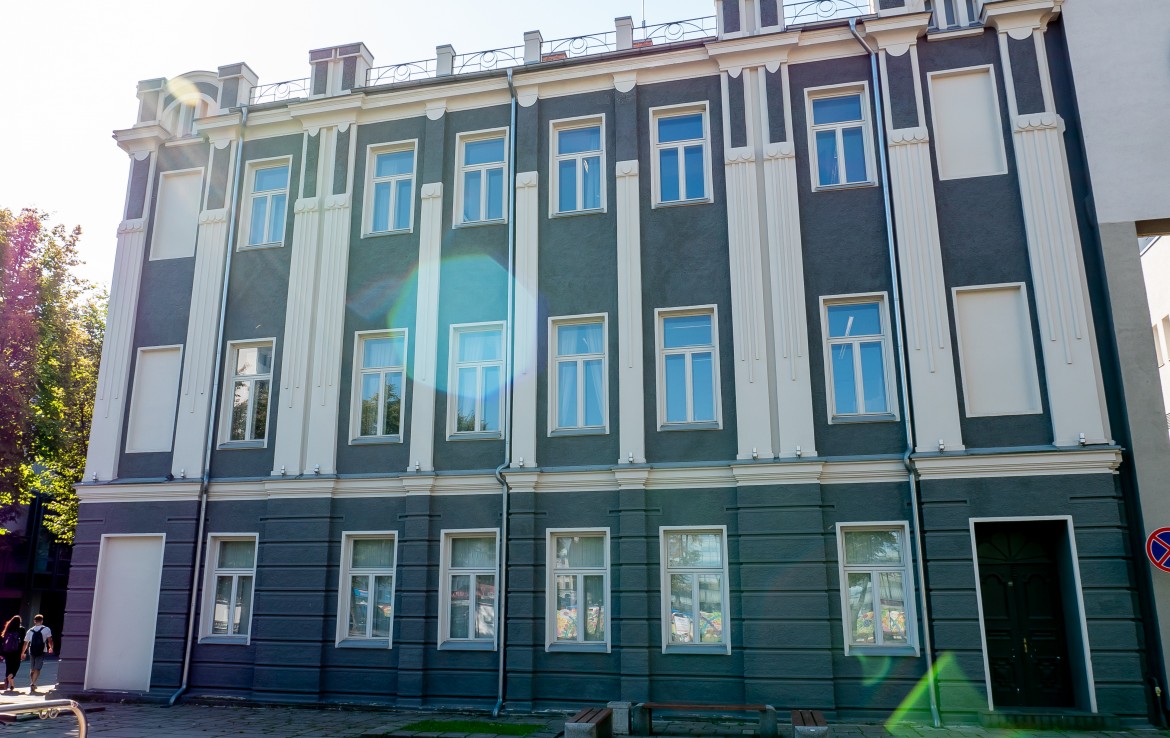 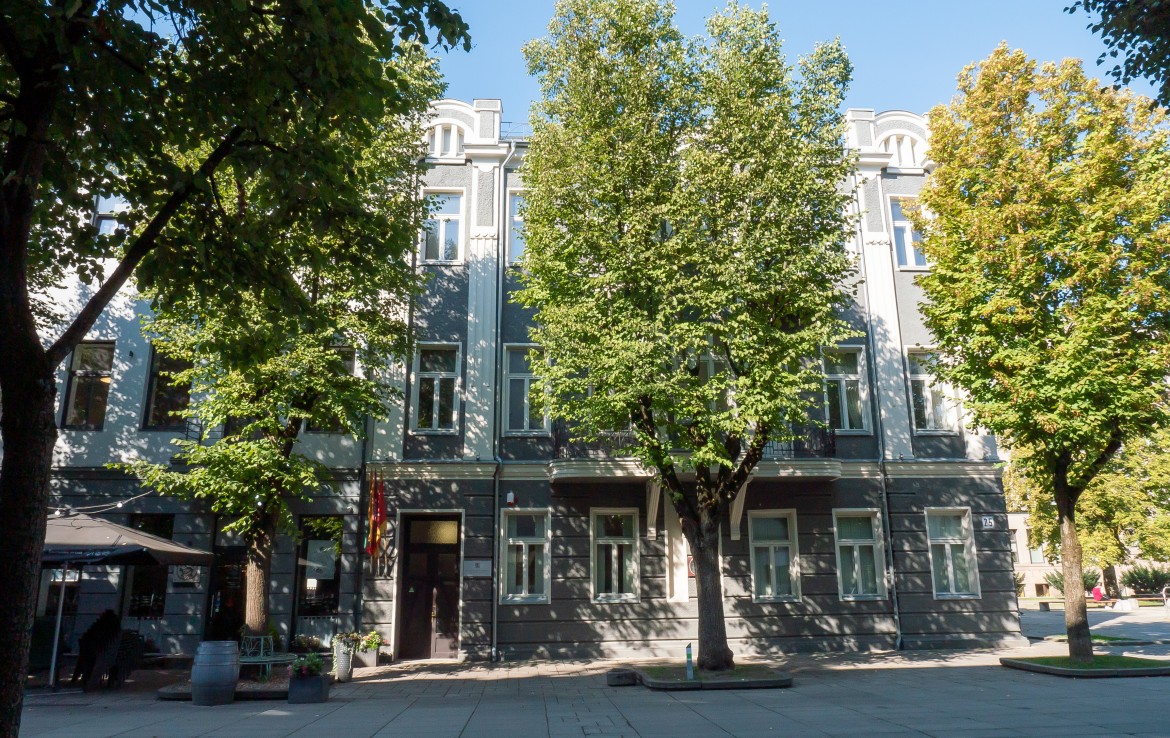 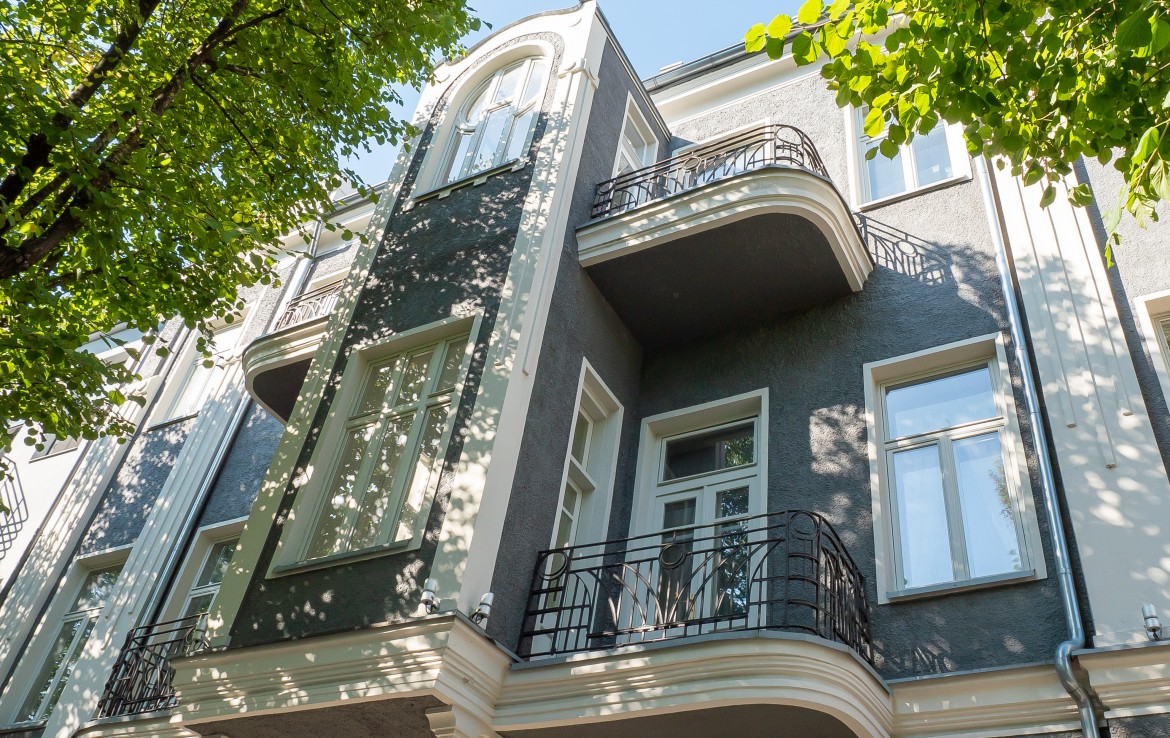 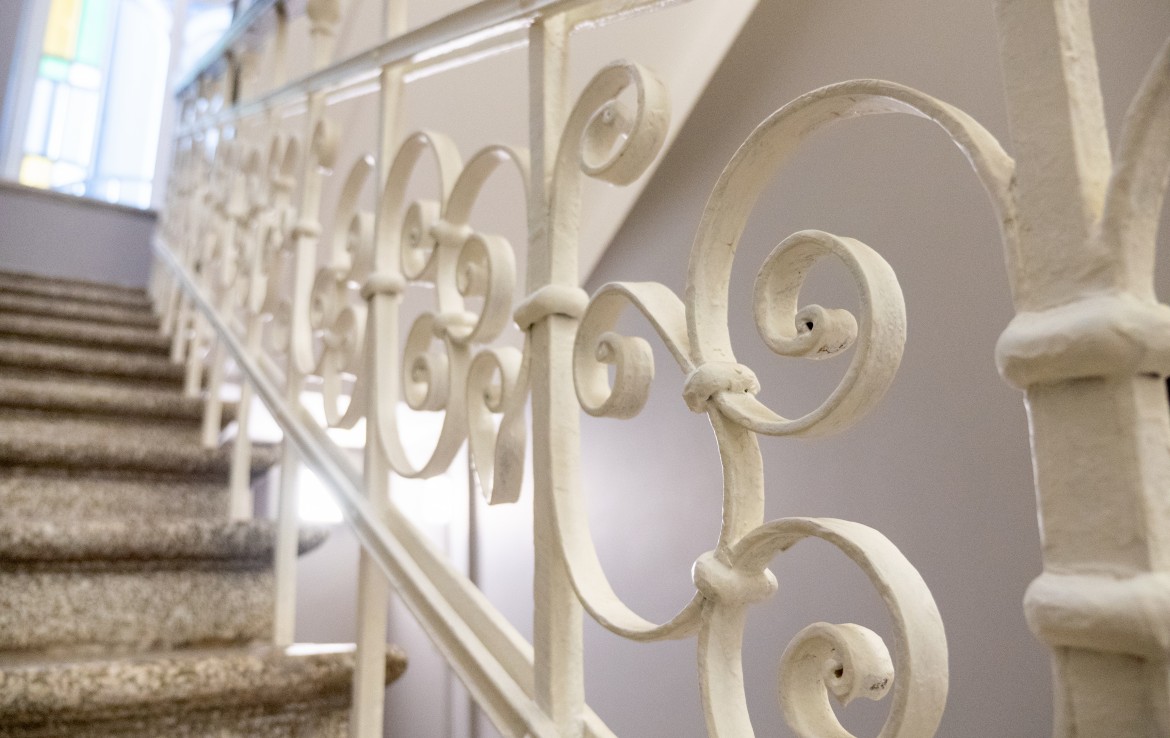 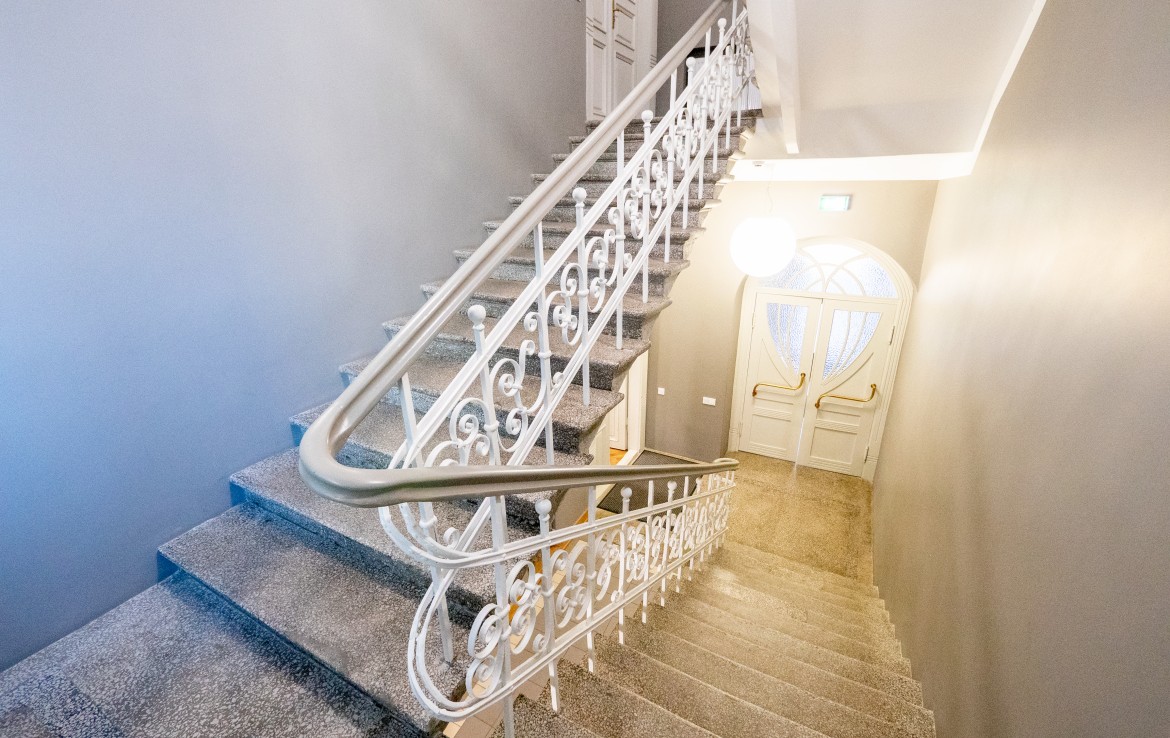 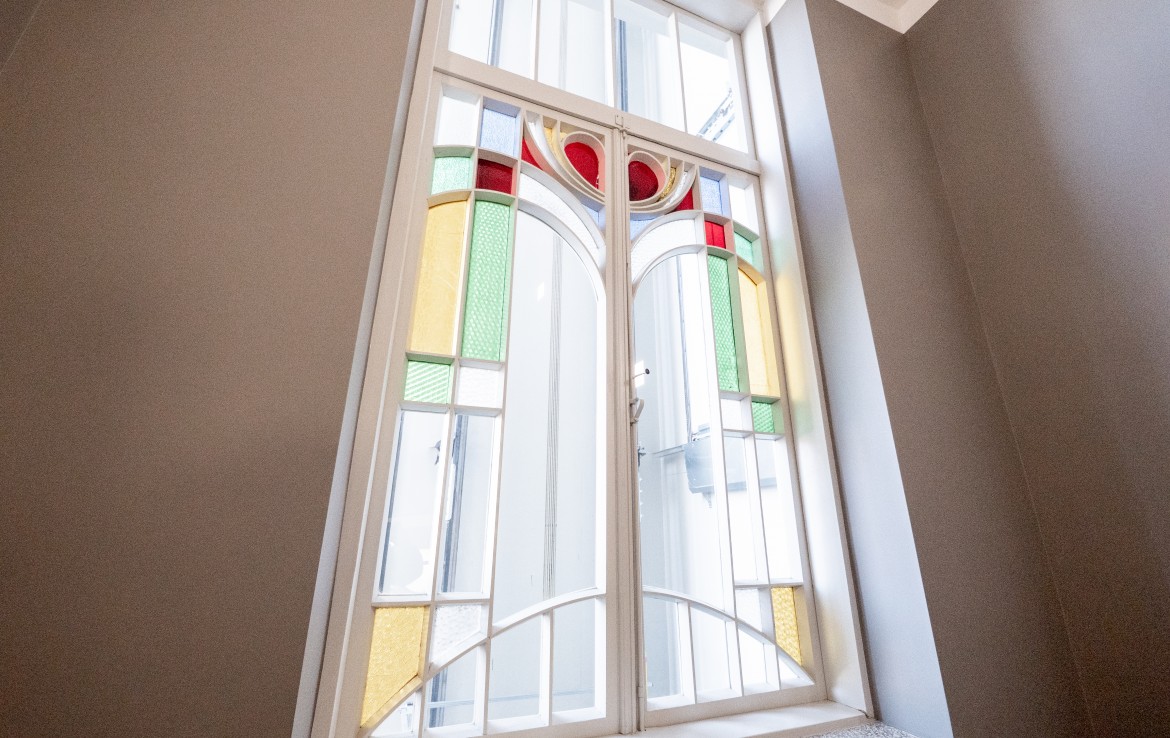 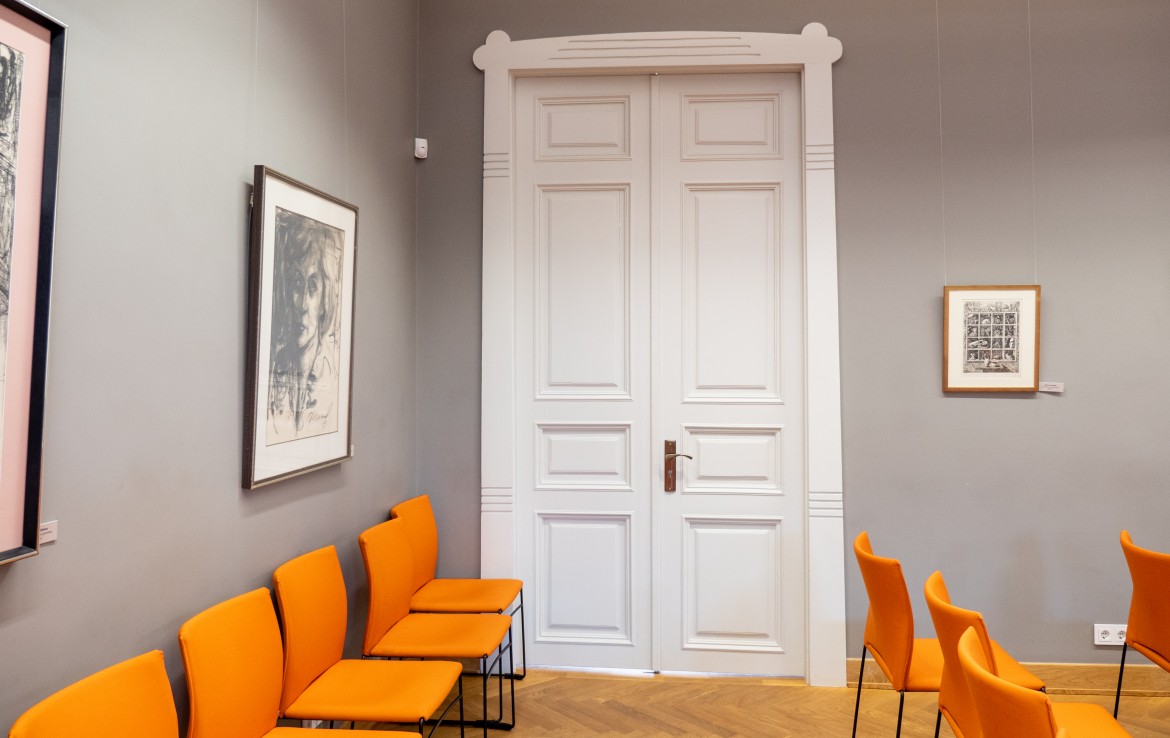 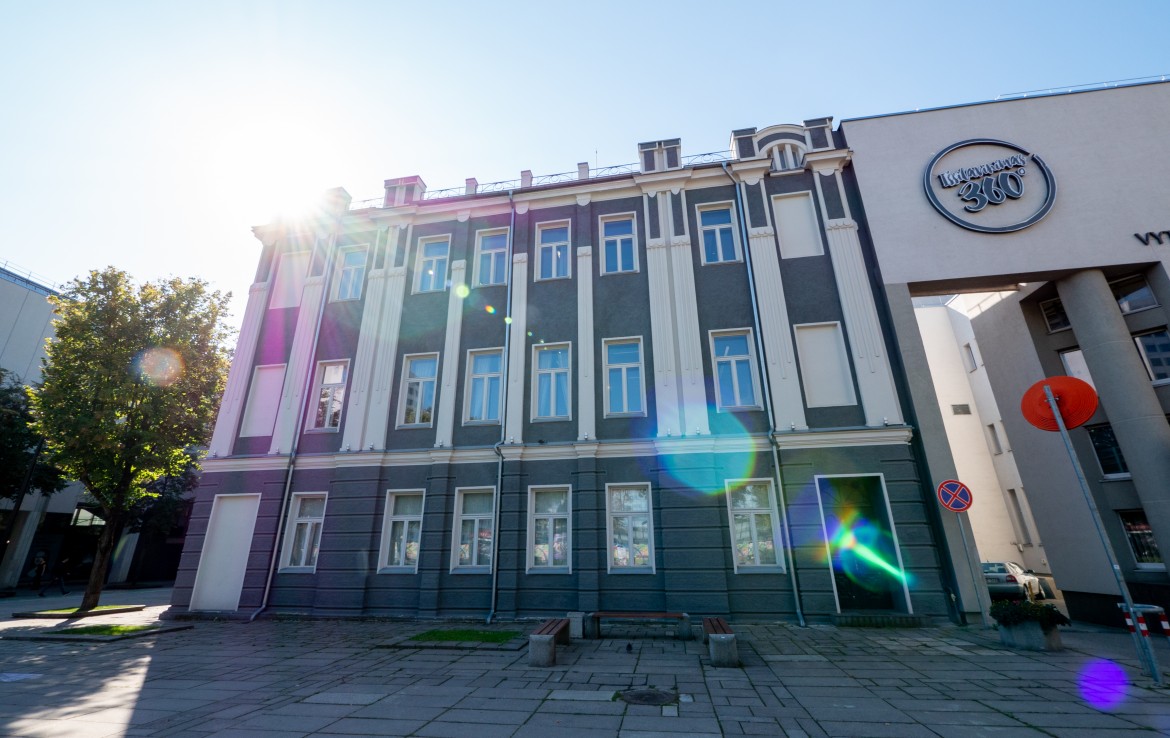 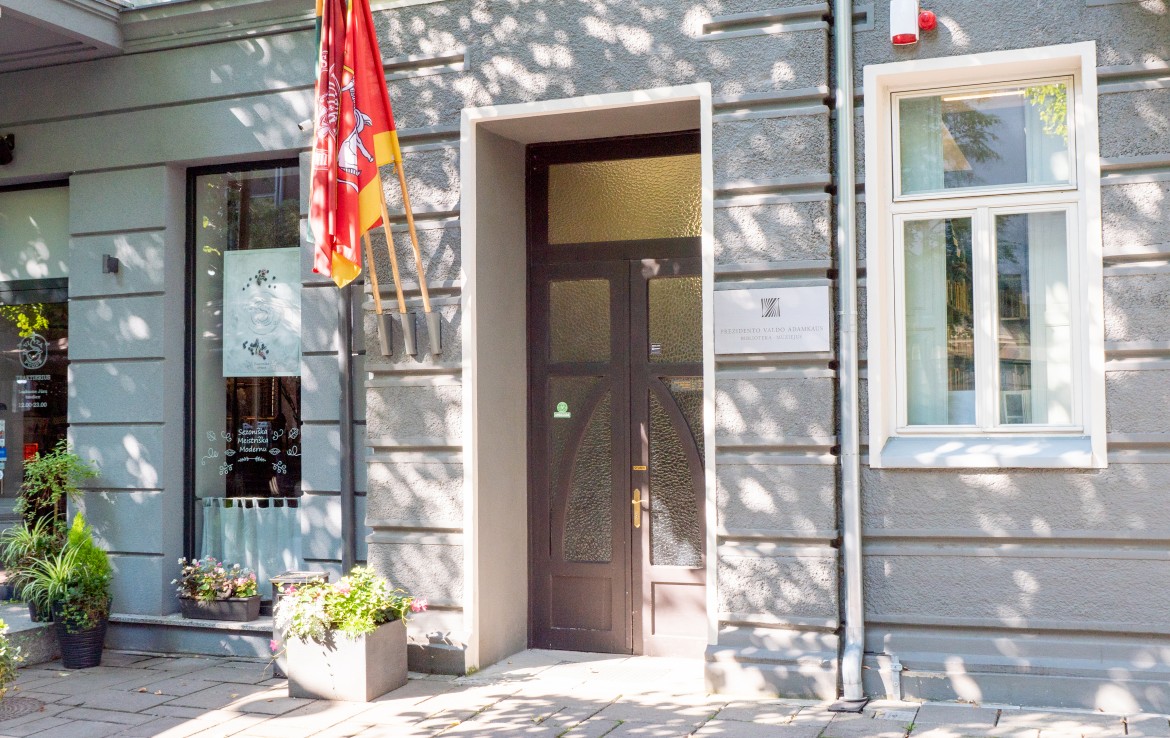 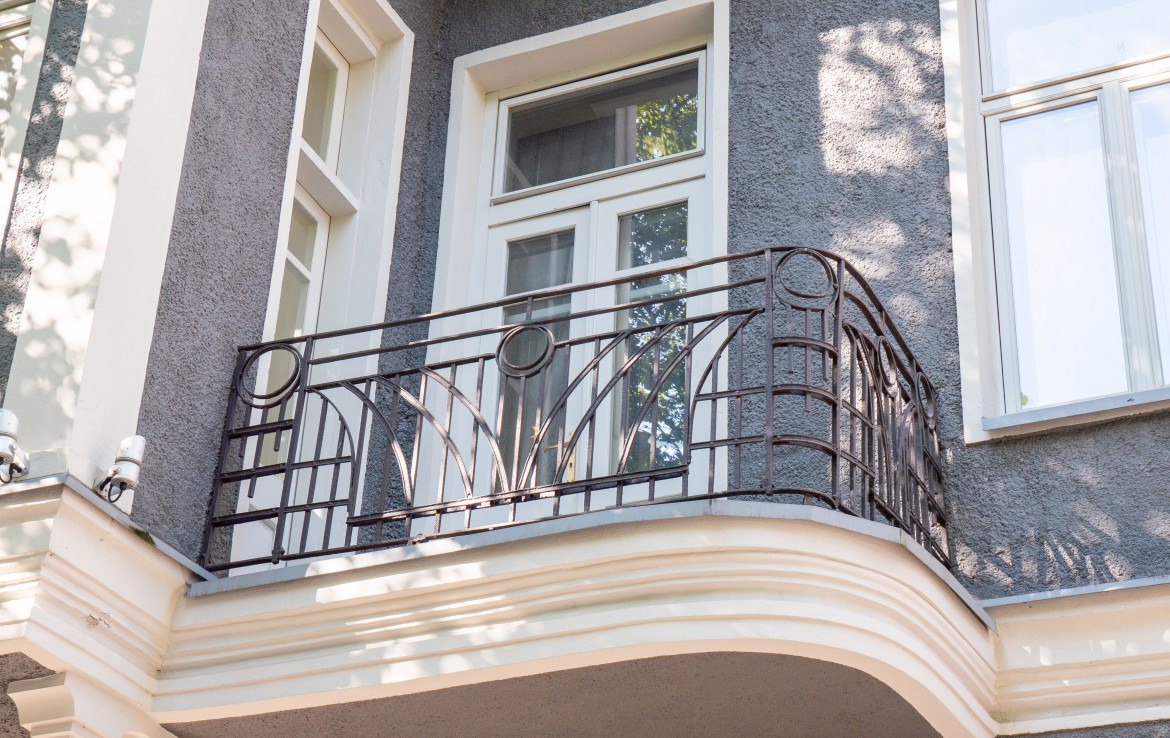 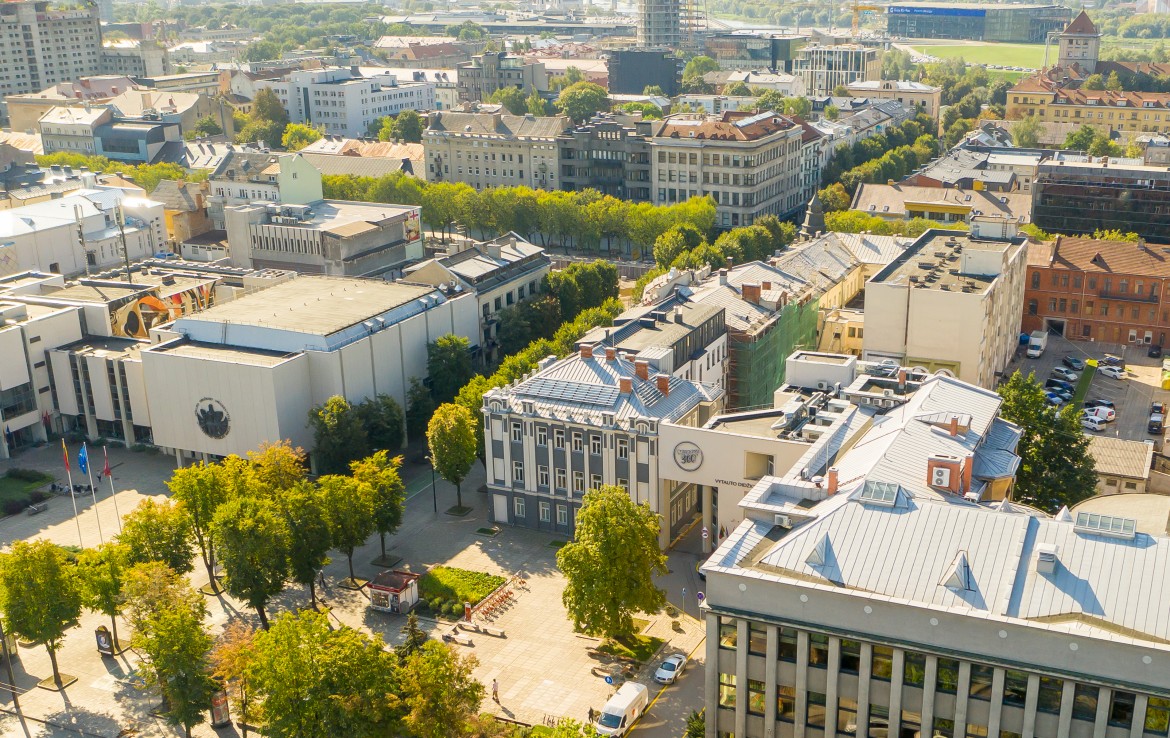