Even though this building was built at the turn of the 18th – 19th centuries, but the great Klaipėda fire of 1854 and the damage caused by the war have resulted in the fact that today its one of the oldest buildings in the city. In the 19th century, the building, which was then located in the suburbs of the city, was owned by a butcher Gottfried Steinwerder. The building has changed its function at least a few times, when during the interwar period it gained a public purpose – a Health Insurance Fund branch was established here. Though the purpose of the building went through changes, but the building still serves a public purpose to this day.

The building is of basic classicistic forms. Here we may observe the symmetry and a composition of façades characterised by the era. The side and central façade parts are highlighted not only with the extraction from the general plane of the façade, but also by a different colour solution. Another feature of the time – an especially high basement level and the massive, two-way staircase leading to the main entrance. The composition of the middle avant-corps is diversified by a slightly deepened central part, on the first floor of which – a concaved portal with the remaining old doors. The building is horizontally split by two cornice lines, the top one being profiled, as well as framing the triangular pediment with a semi-circular fine splitting window. Few additional décor details may be observed here: modest cornices highlight the windows of the first floor in the avant-corps and the sides of the portal are distinguished buy small cornices.

What’s interesting that the massive gates of three segments, located at the northern side of the building, withstood the extensive development of the city. At the beginning of the 21st century the building was restored: inside we can also see few details from the older times. The most impressive one – the curving oak stairs, though authentic décor pieces of the door architraves remained as well. 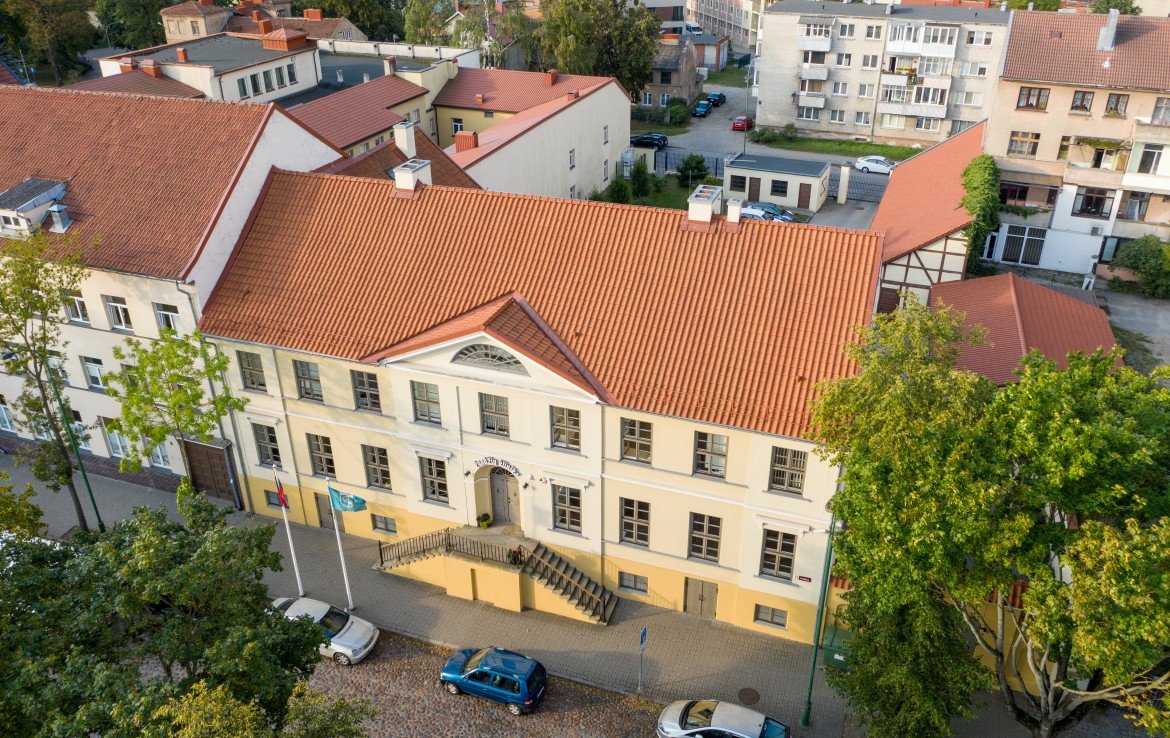 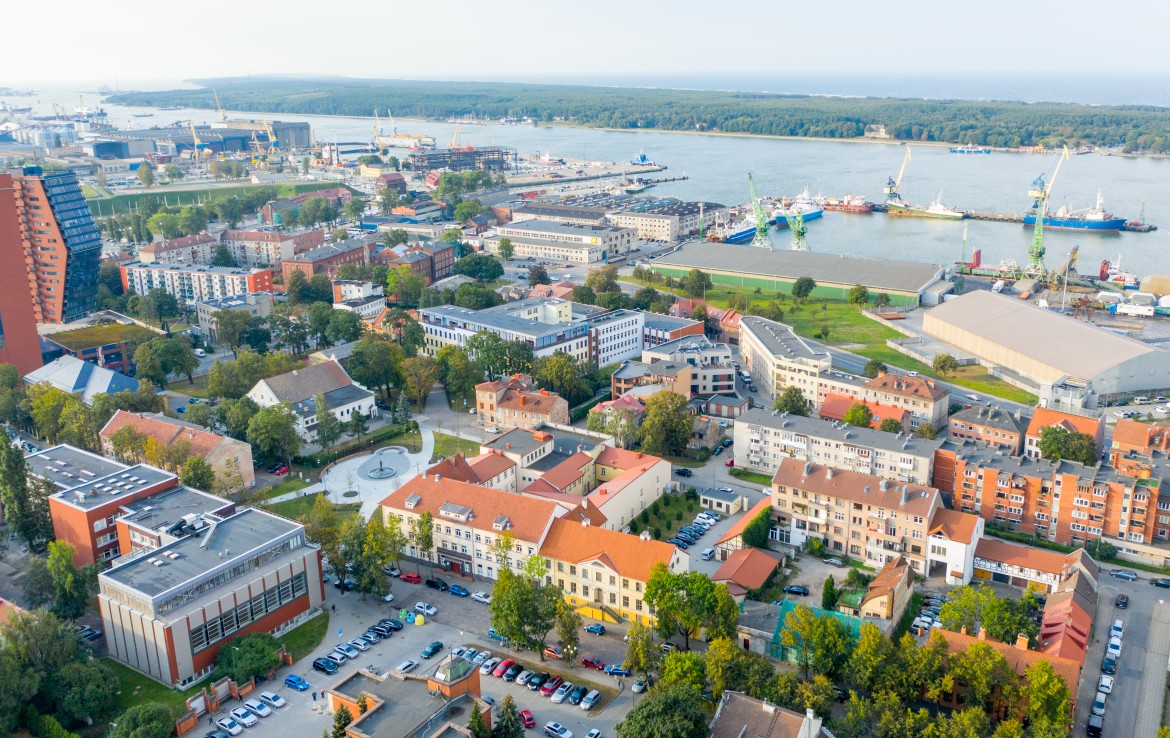 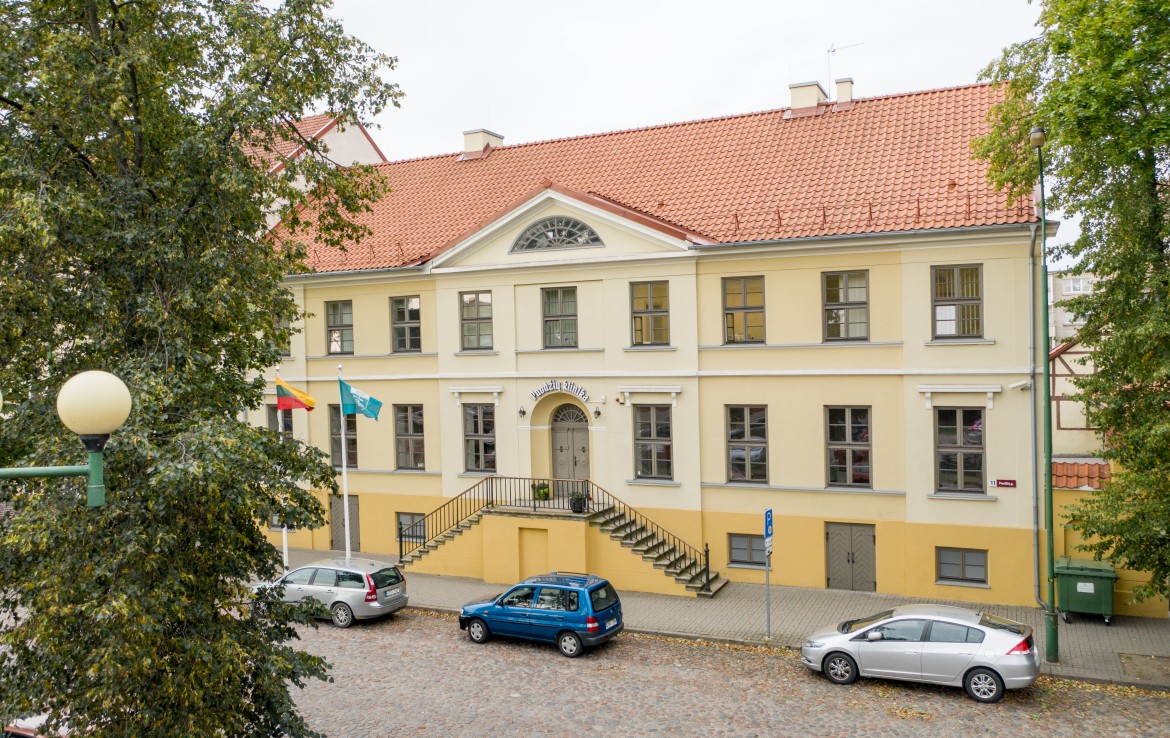 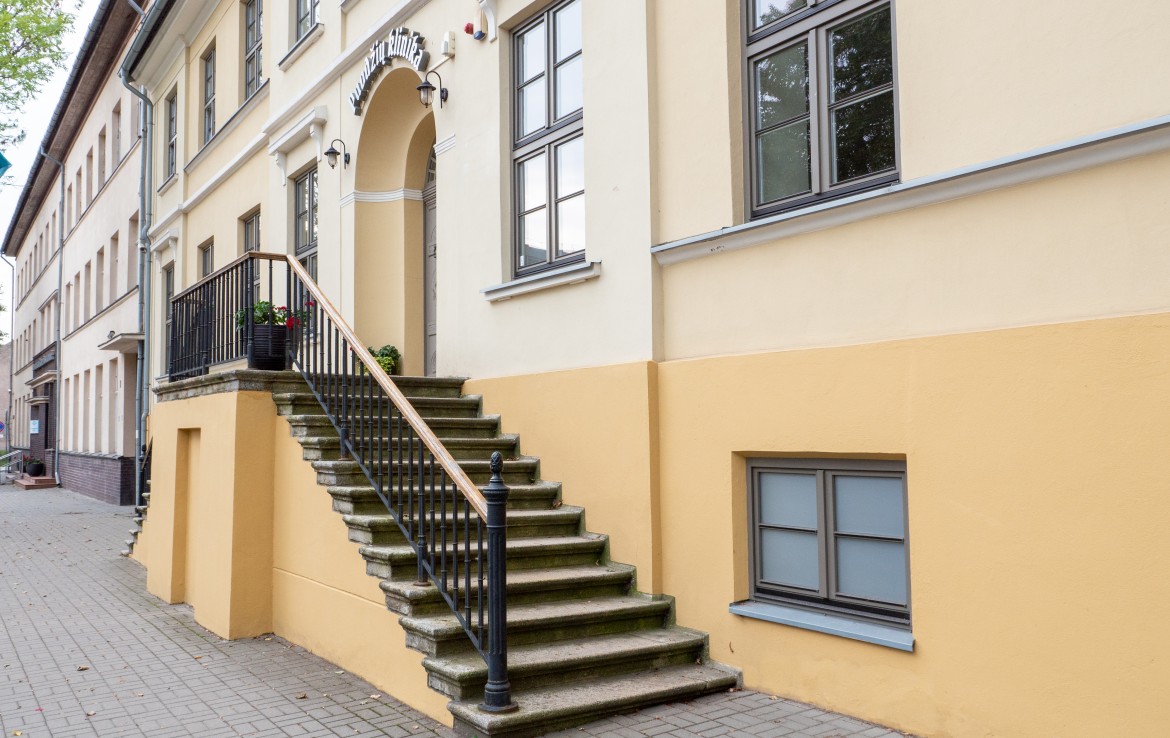 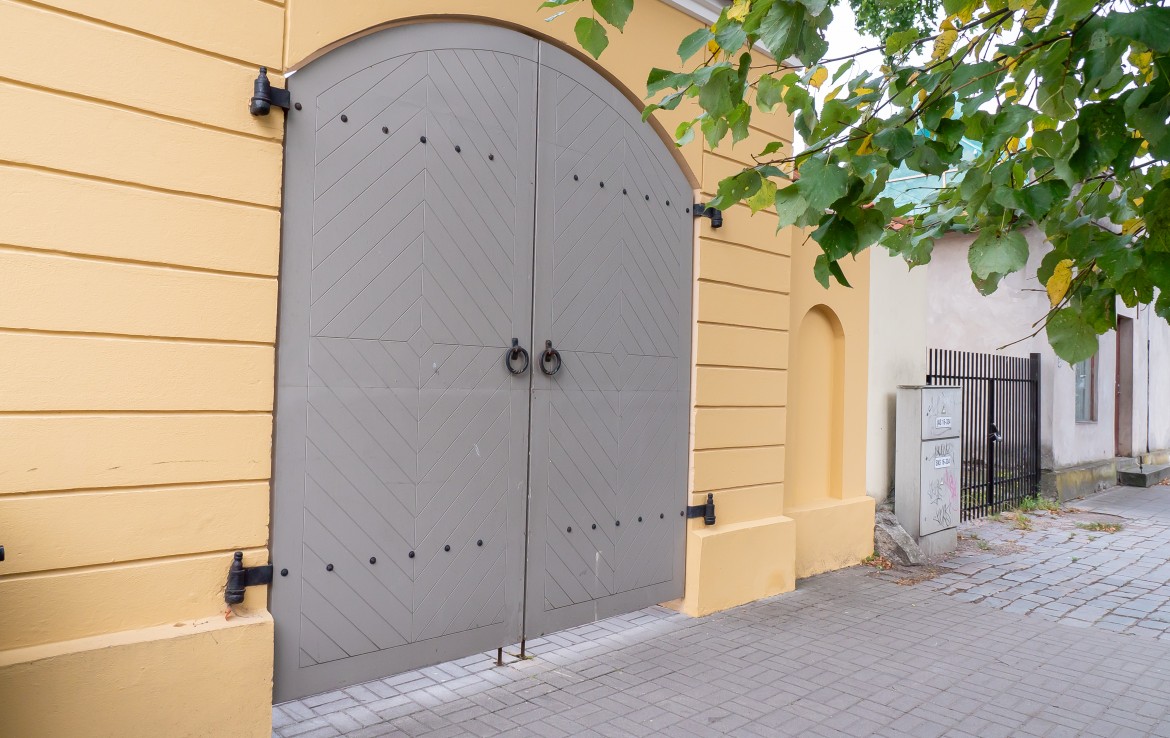 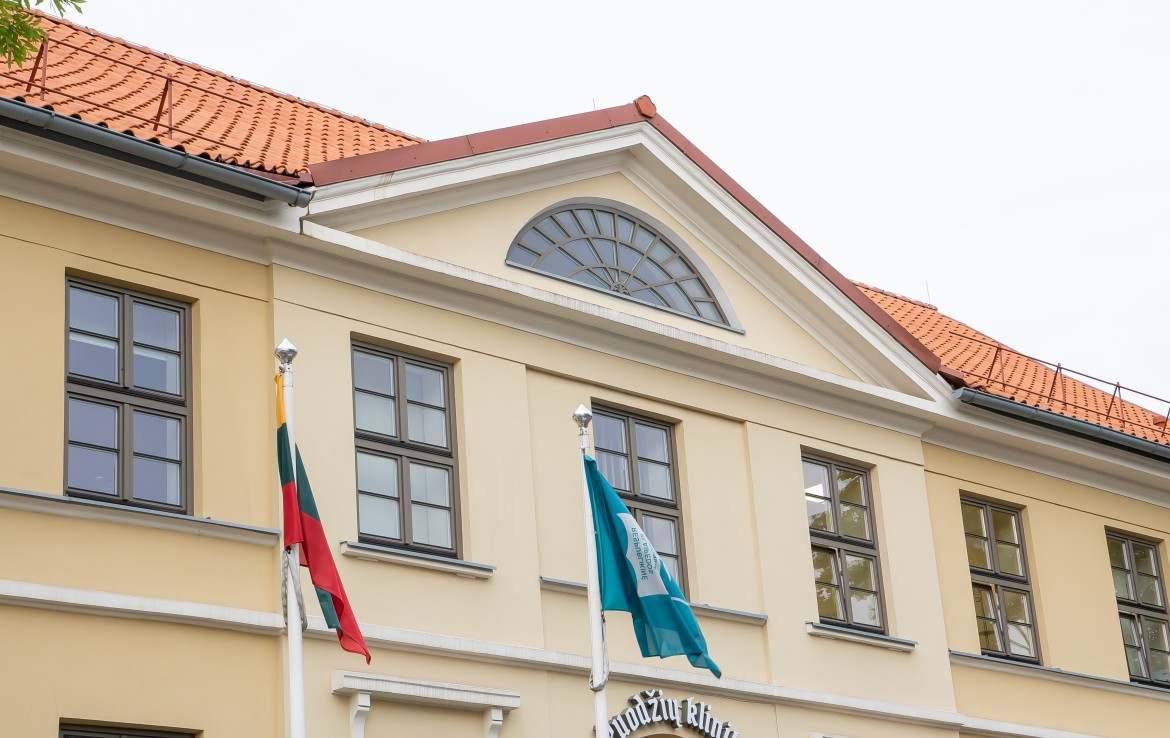 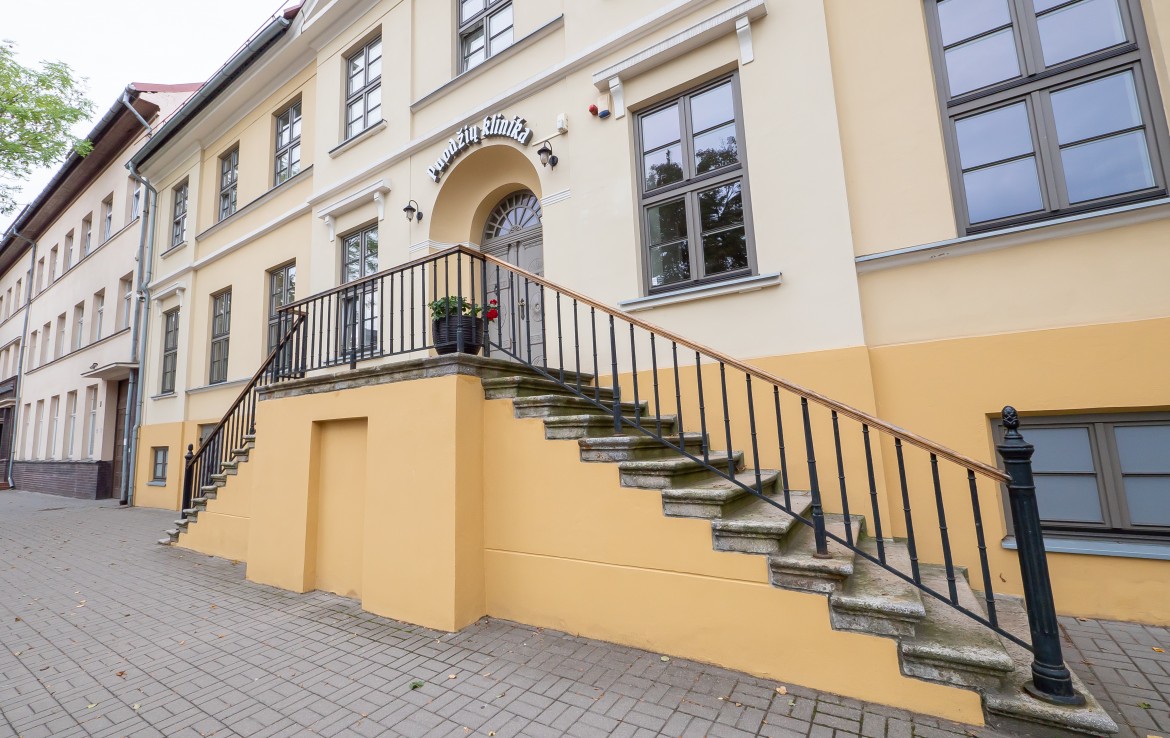 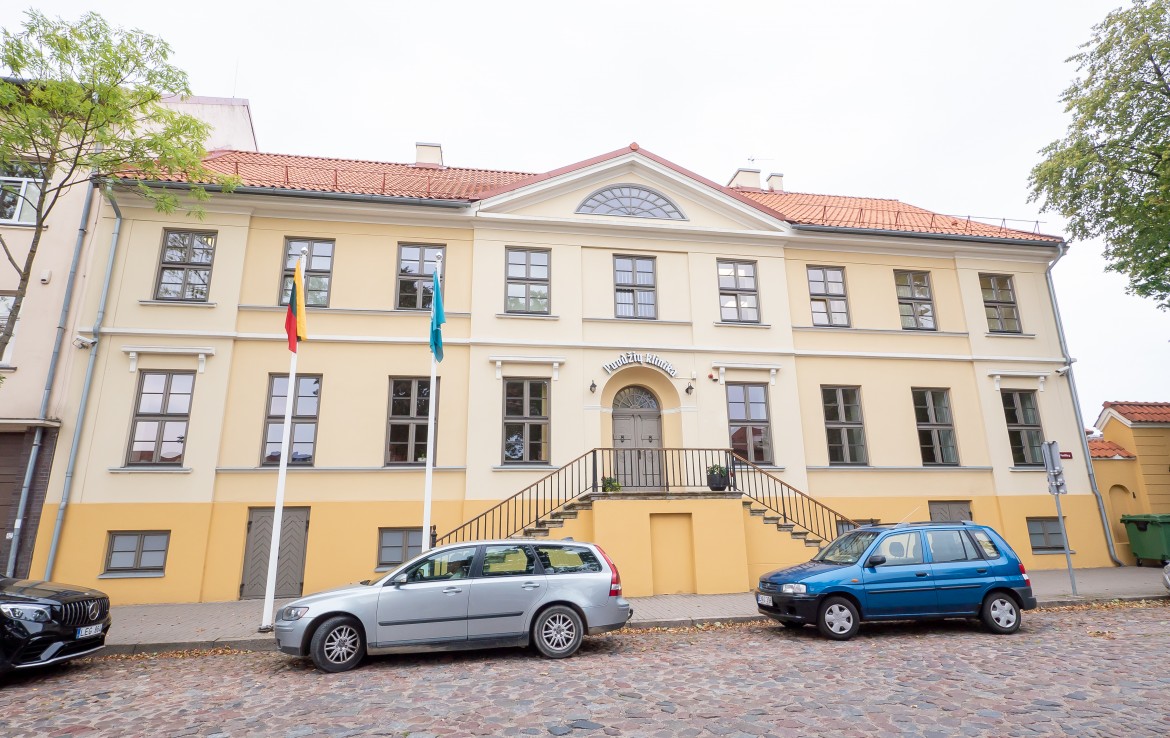 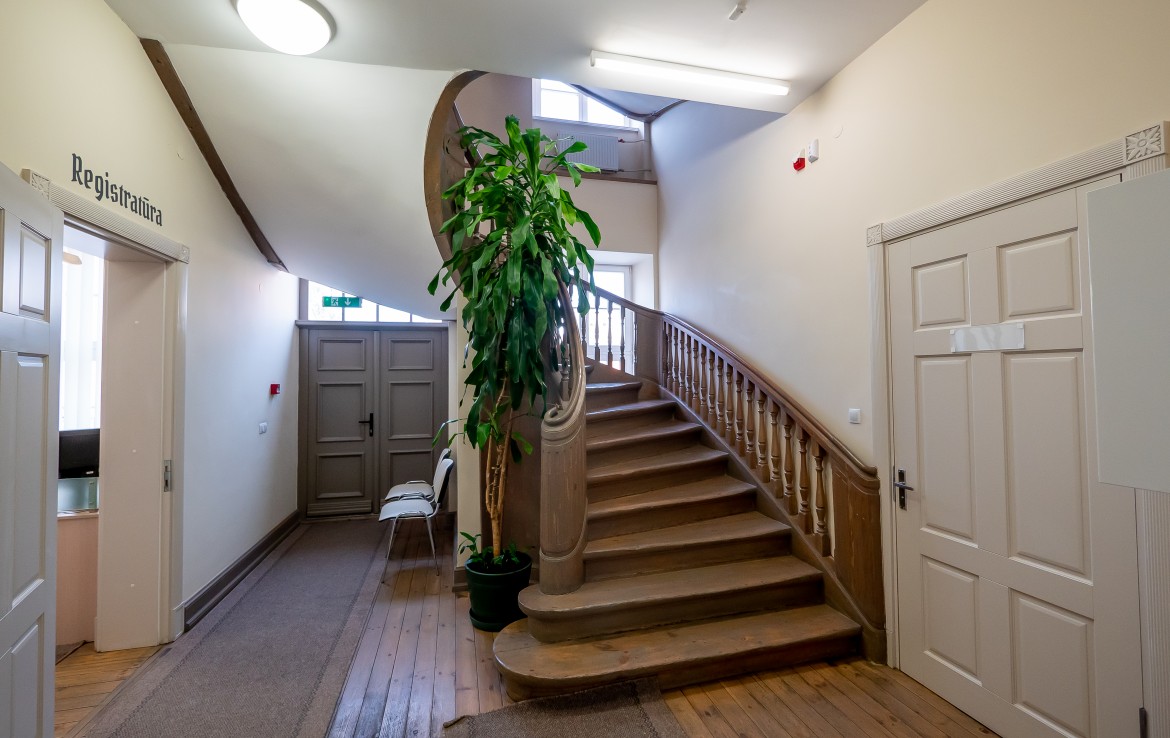 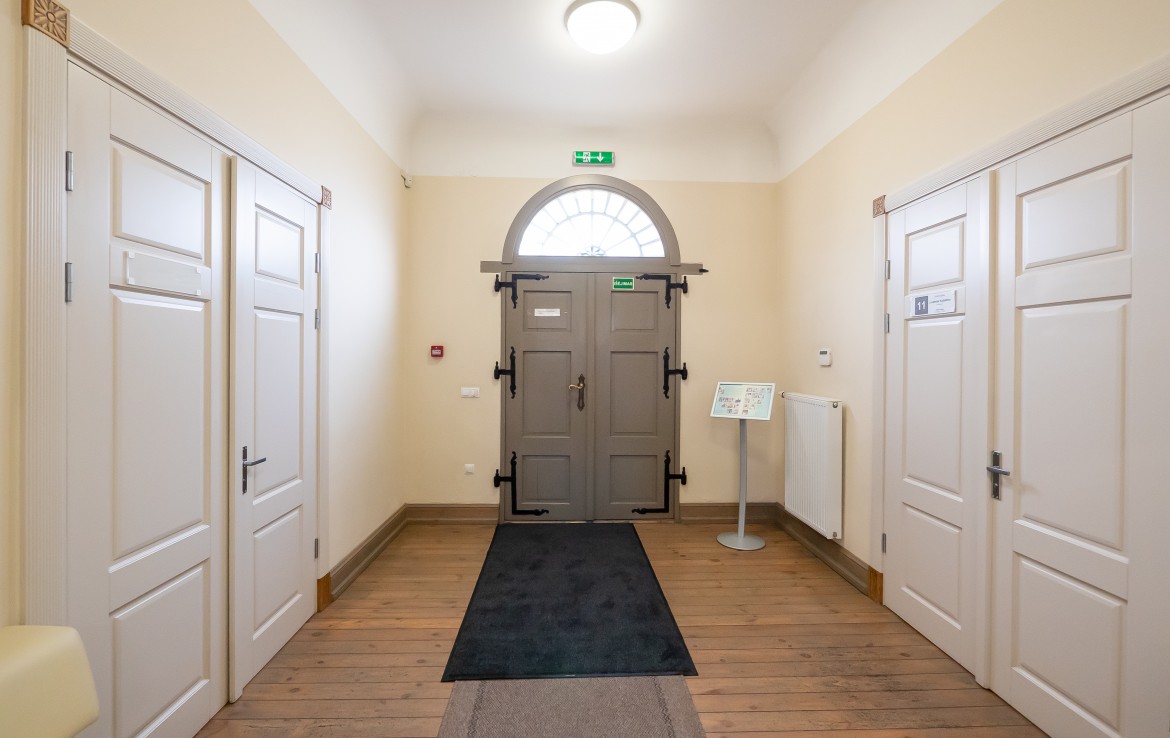 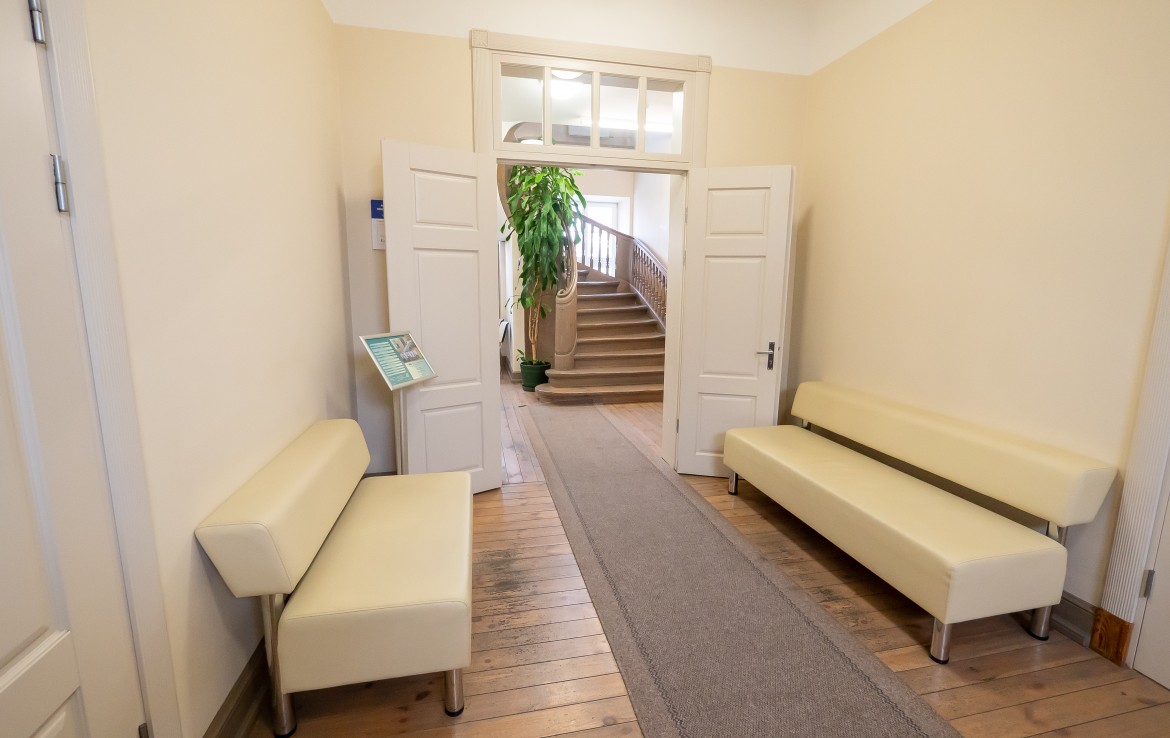 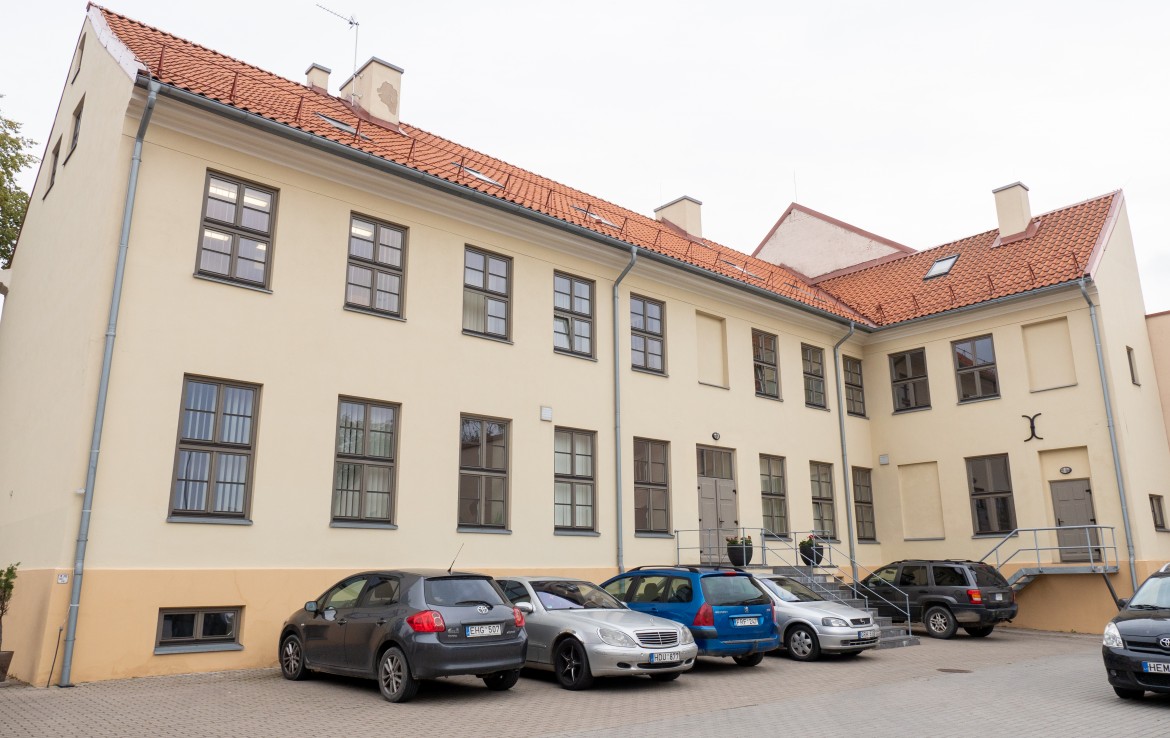 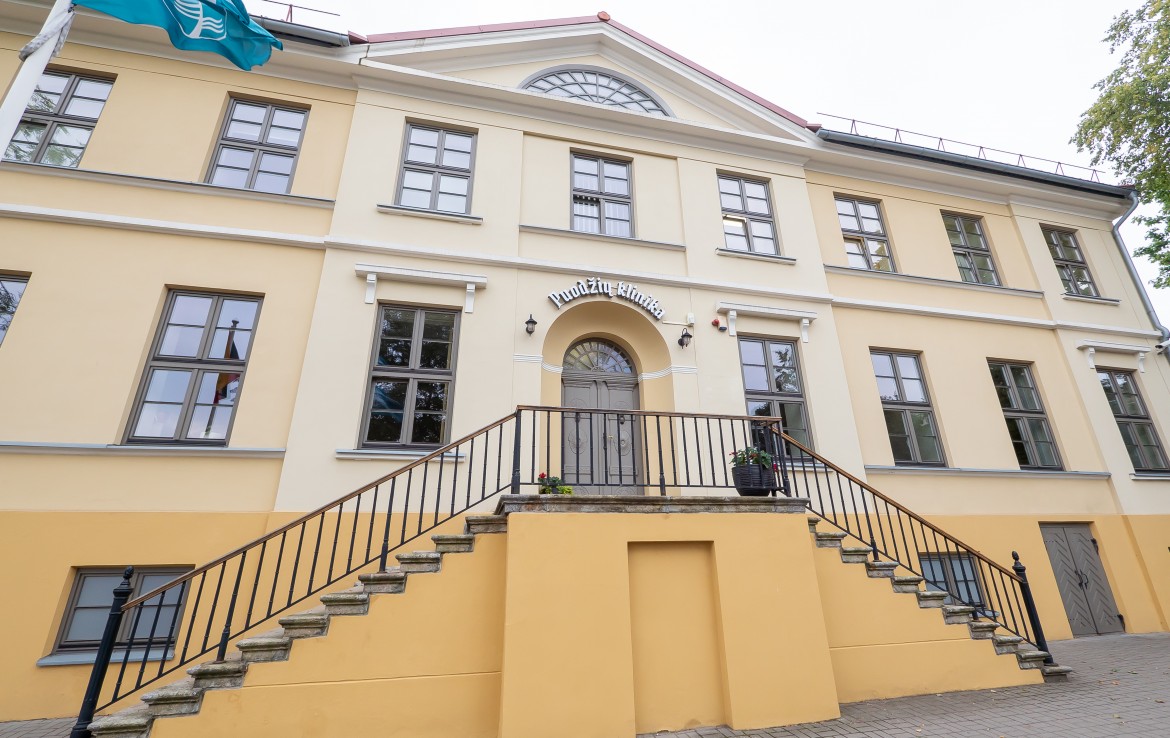