Church of St Apostles Peter and Paul in Molėtai

Church of St Apostles Peter and Paul in Molėtai

The present Neo-Baroque church of Molėtai was built on the initiative of the dean Kazimieras Bandzebičius – in 1905 the construction was launched and completed in two years. The building sits on the outskirts of then town, surrounded by the cemetery, which today is known as the Old Cemetery – such an arrangement of a church in respect of the structure of the settlement, is seen in Lithuania not in a single location, still is more rare than of churches built in the central parts. Both on the exterior of the church and in the inner spaces, one can see a quite consistent use of Baroque elements, true, as in the cases of many Neo-Baroque temples, the forms of style here are slightly simplified, resolved in a rather academic manner. We can see in the quite strictly expressed architecture of the church, the influence of Neo-Classicism too.

Basilica-type building plan is close to a rectangle, still the cross transept, protruded to the sides just slightly, is much more emphasized via its large volume, corresponding the height of the central nave. The presbytery and the rounded apse are of the same height – sacristies extend the side naves volumes behind the transept. Twin towers of the church are seen from afar, they are slightly protruded to the sides, their sides are set up on the same line as transept protrusions are. Above the two tiers, square in plan, a solution quite frequently met in the Baroque churches can be seen – upper tiers being narrower and of more dynamic forms, the susceptibility of which is created by cornices with chamfered edges, profiled broken cornices and curved helmets. Still, the upper tiers are not such as the architect imagined them originally – in 1944 they fell victims to ravages of wars, therefore, the top parts seen today are the result of reconstruction in 1977. If you take a look at the old photographs, you can see the more slender still retaining the square plan, towers, while gracefulness has been created here via quite different forms of helmets – they were pointed, close to the forms of a pyramid and diversified with the interruption having small lucarnes.

From the centre of the facade plane, the avant-corps protrudes, matching the volume of the main nave. Using the same solution like in the corresponding parts of towers extending them, the sides of the avant-corps on both tiers are distinguished by ledges, while the middle planes once again are distinguished by the pilasters this time. Modest entablatures separate the tiers from each other and the pediment and they gird the entire volume of the church. The main portal consists of a semi-rounded entrance arch with a large trimming, which on the top is extended by a trimming of a modest rectangle and segment-type fascia. On the second tier, a window is integrated, while the avant-corps ends with the triangular pediment, surrounded by profiled trimming and a small circular niche of a minor window on the plane.

The transept facades reiterate the composition of the main avant-corps, still the portal here is replaced by concave niches set up in the bottom tier centre. The solution of the ledge and the pilaster itself, reiterating in the corner of these, is used in the corners of sacristies as well. The side facades of the naves, the presbytery and the apse are divided by the rhythm of the windows and doubled pilasters – the composition is diversified by the form of windows, different on their first and second tiers, and by the execution of the trimmings.

In the inside of the church, one sees Neo-Baroque forms prevailing. Doubled rows of the pillars and pilasters hold the large entablatures of broken forms, above which rising decorated pillar arches, on both the side nave and the central one, hold the cross vaults. Stylistically adapted were the altars of the church as well, in the forms of which Baroque forms and diversity of typical details are reflected much more freely than in the case of the building itself. 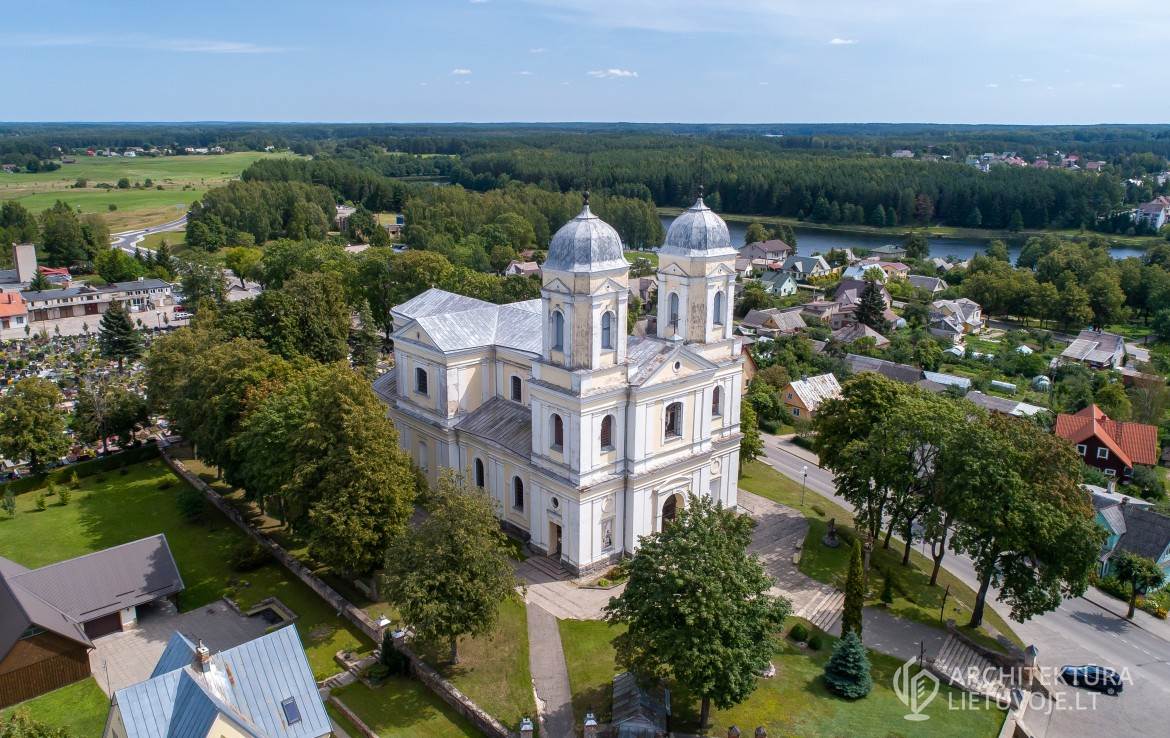 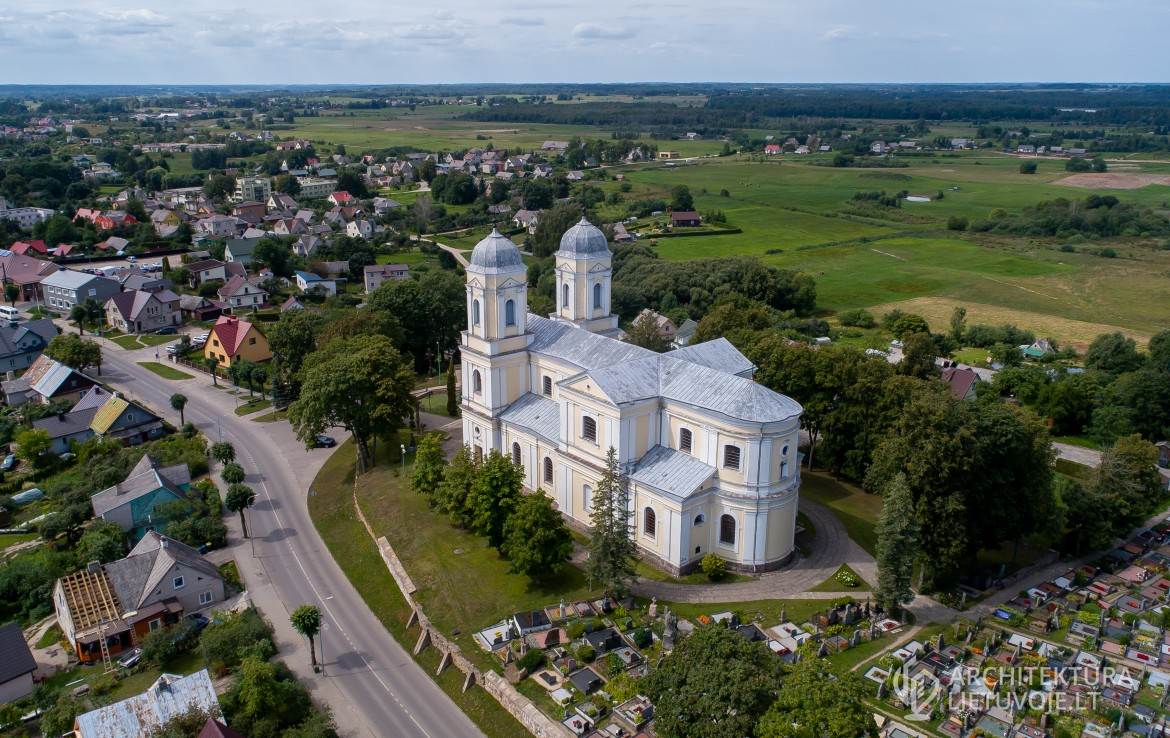 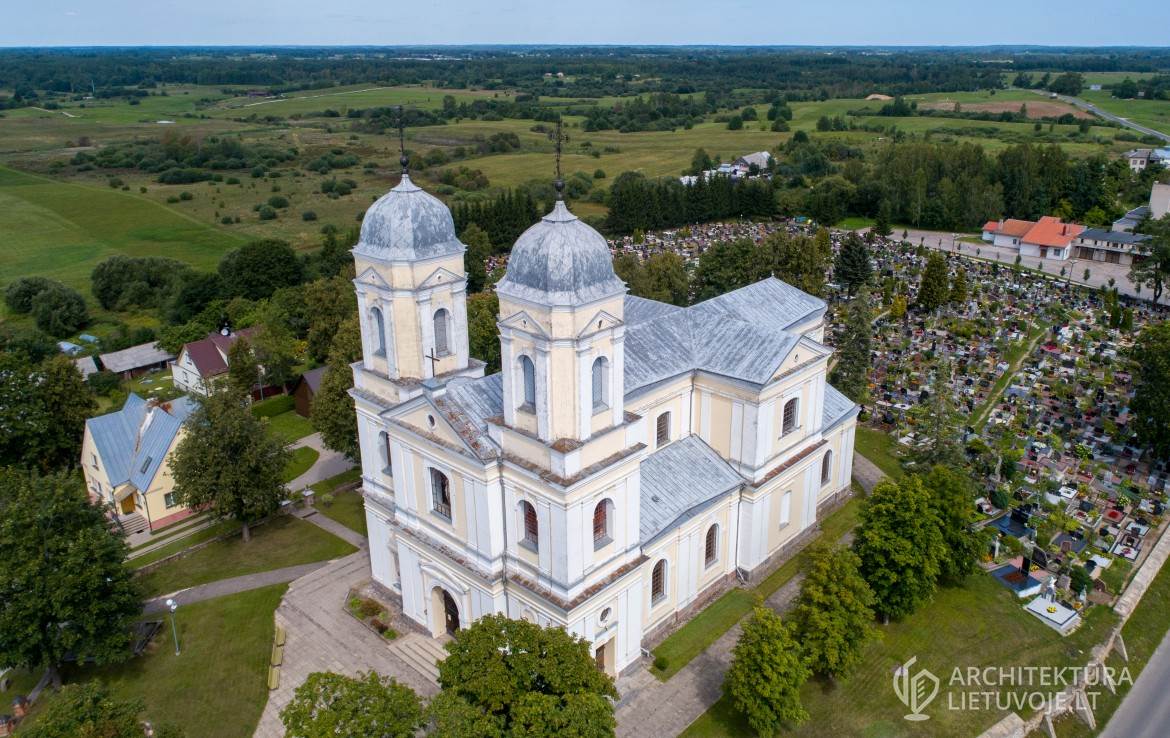 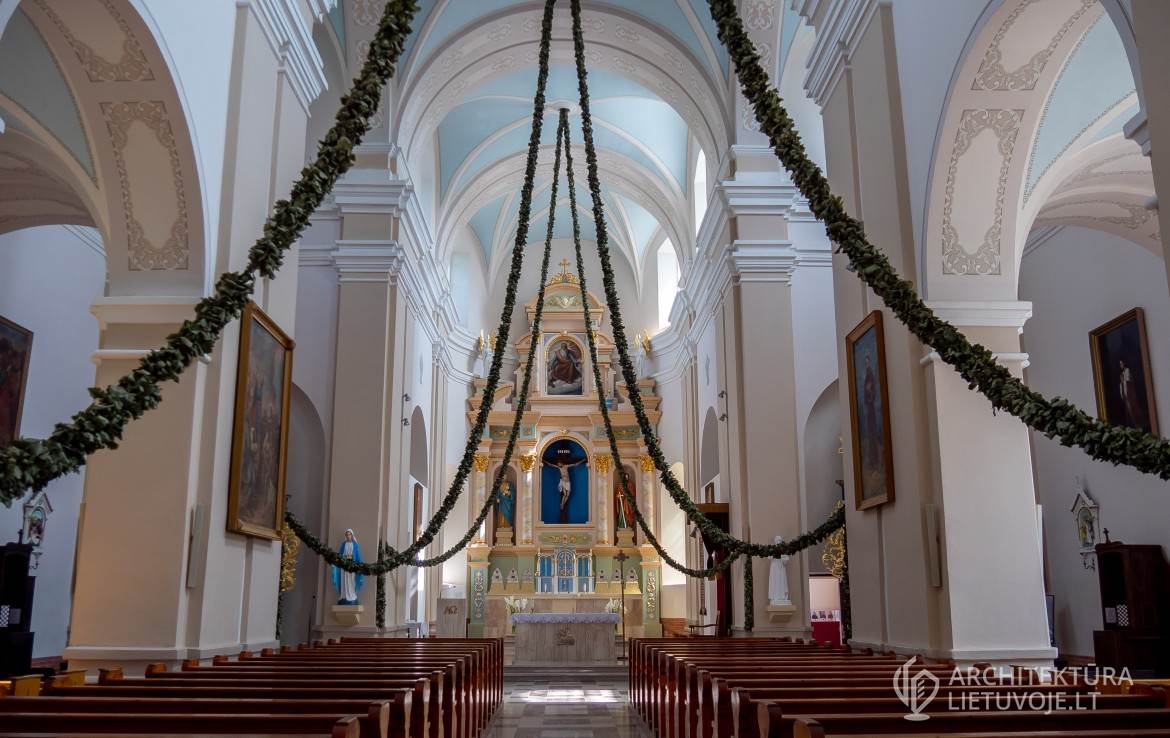 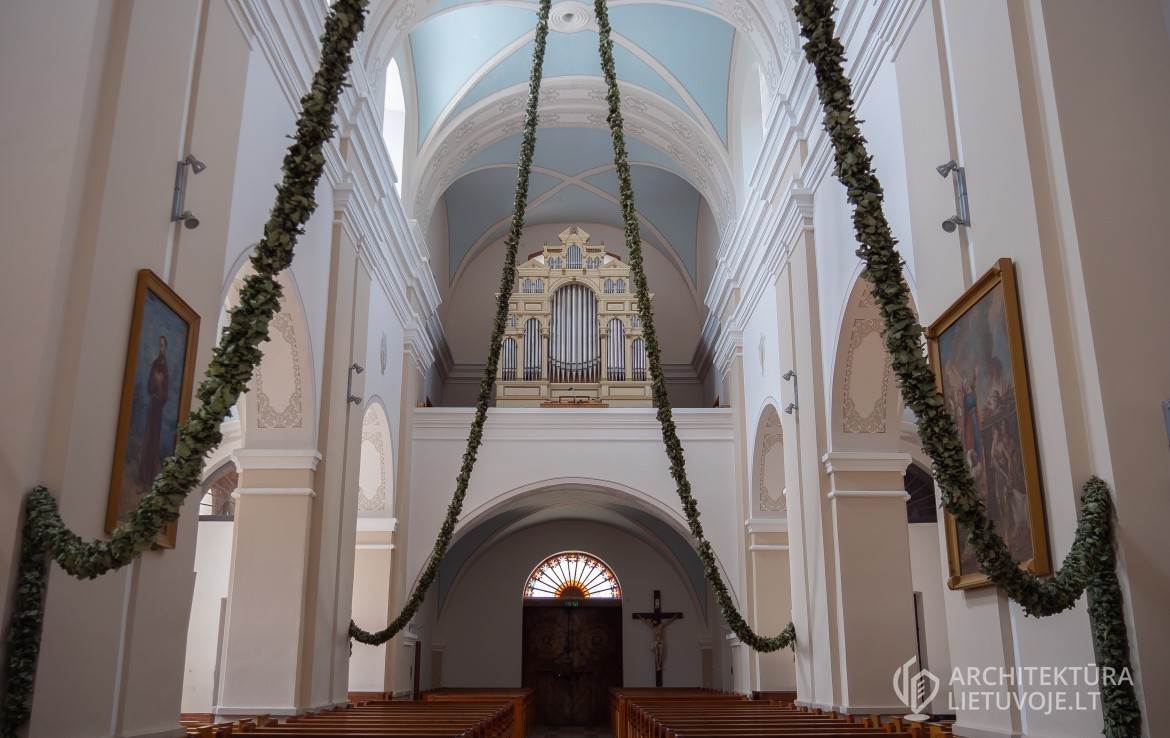 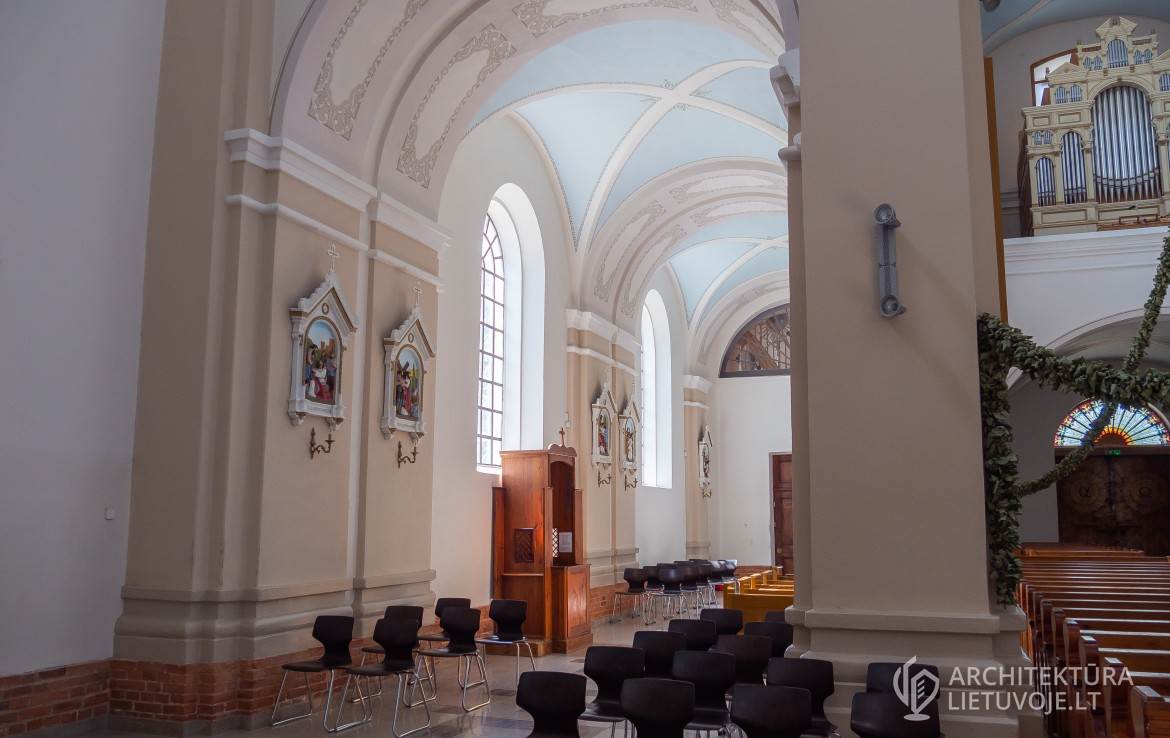 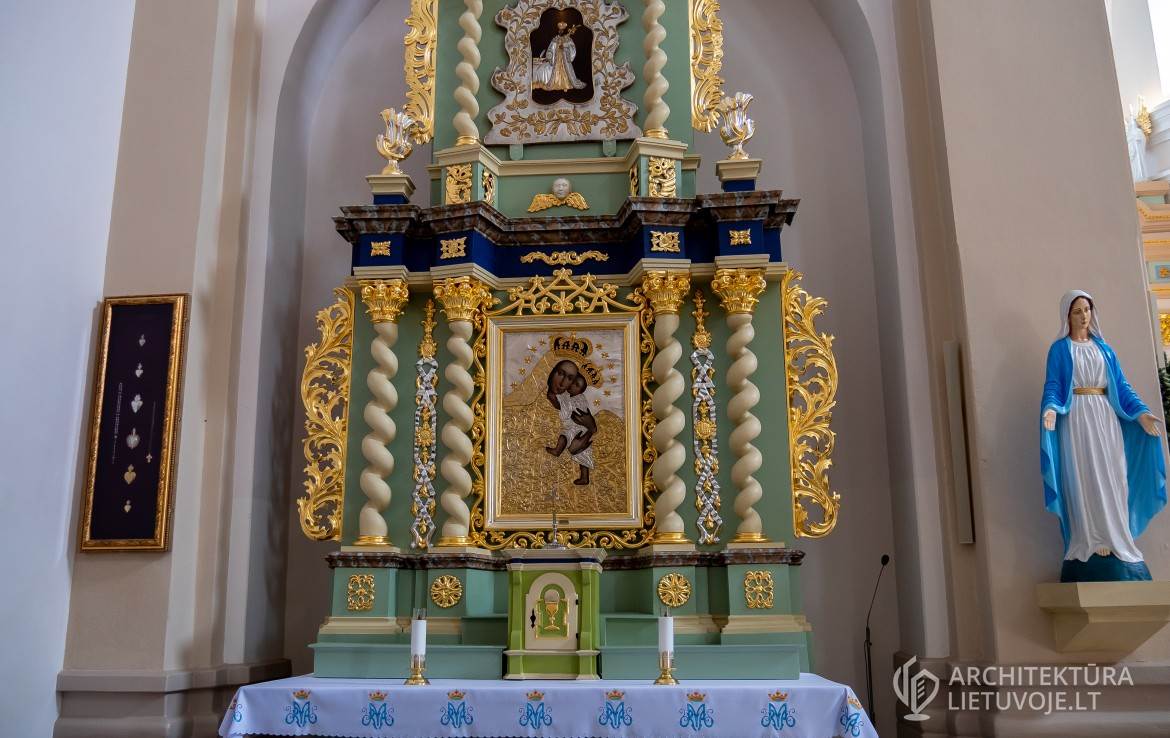 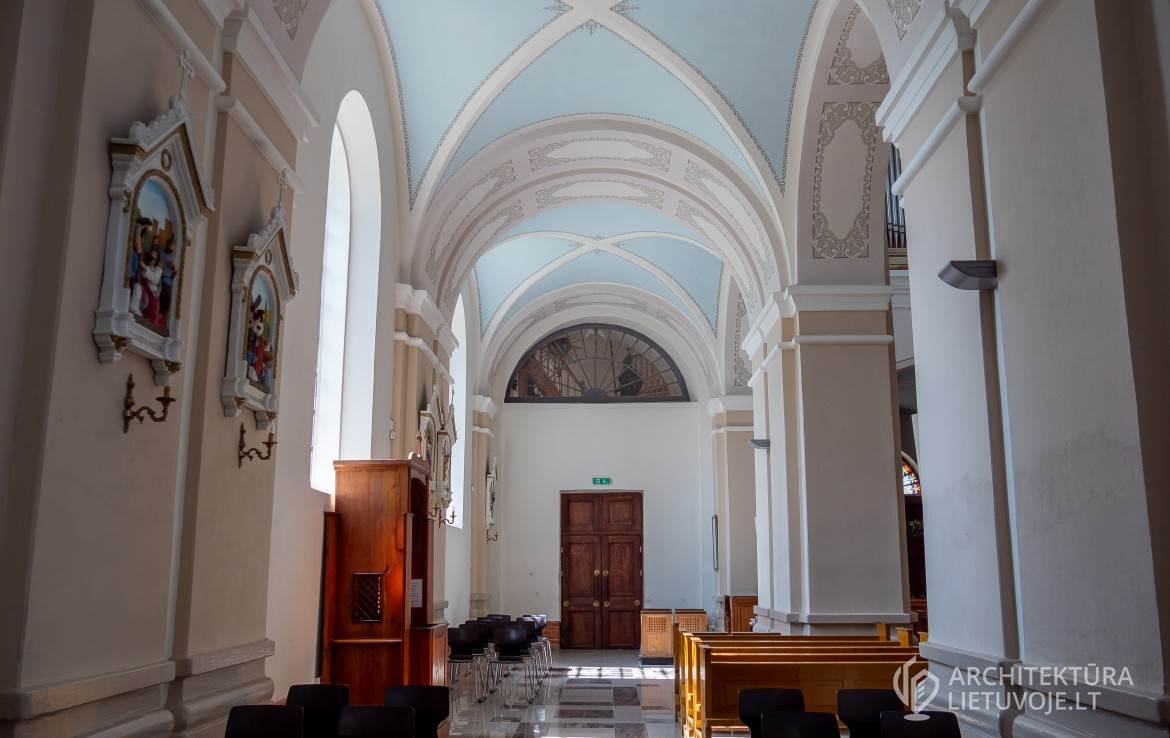 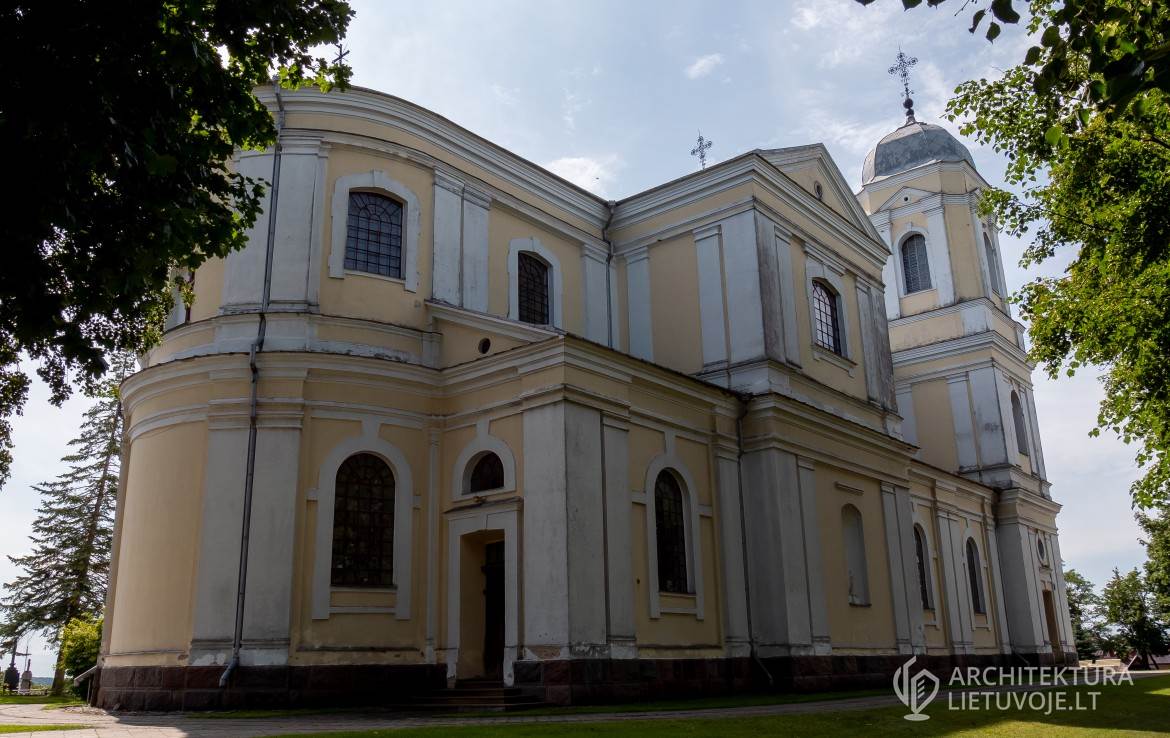 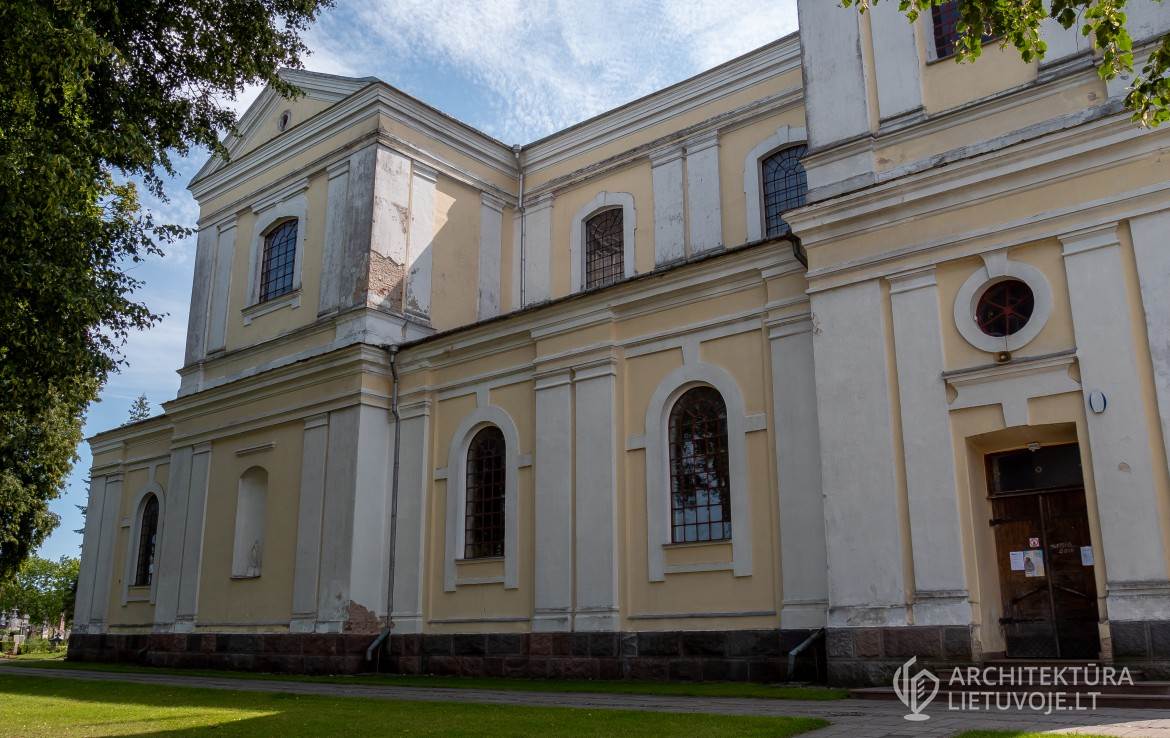 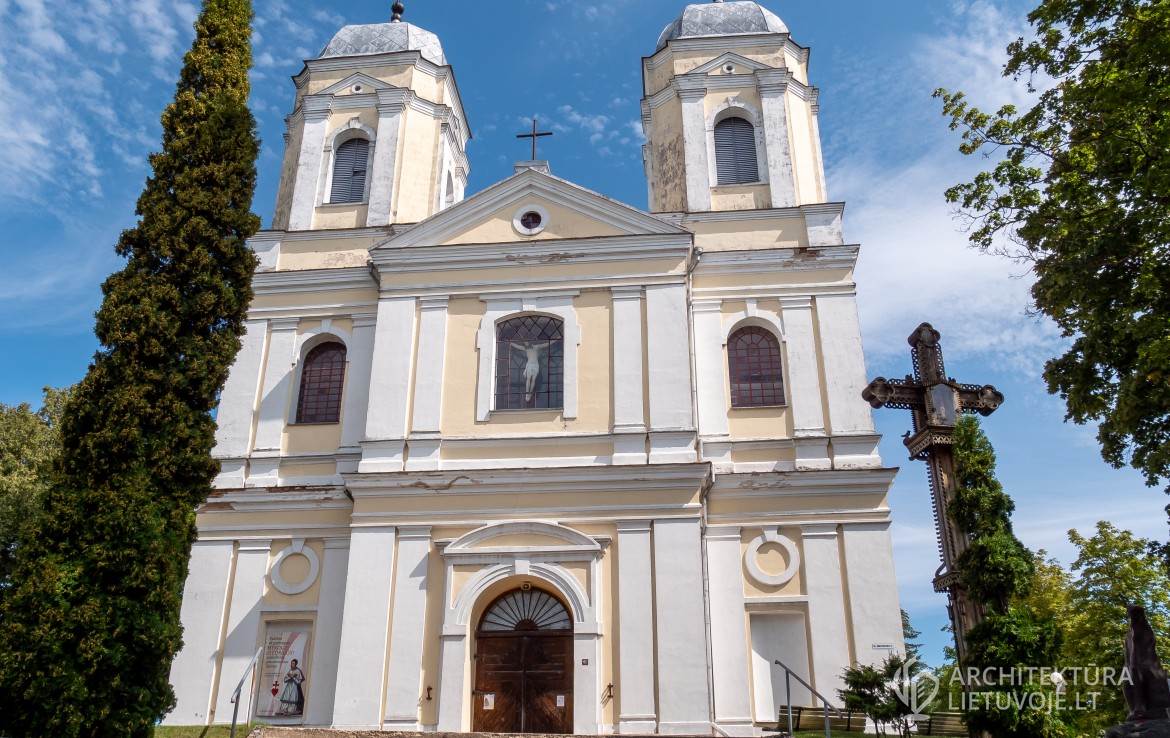