Upon entering Mielagėnai Church courtyard through the gate of Classical forms, one can see a church of forms, perhaps most common in Lithuania of Classicism period: a building rectangular in plan, the front of which is decorated with a portico. True, the portico did not appear at the same time as the church – the latter was built in 1779-1790 and did not have any portico at first; the church was narrower, a single nave one. In 1830, a reconstruction of the building took place, during which the church acquired the present form, characteristic of High Classicism. Four Tuscan columns are set up here in pairs, with a quite wider niche in the middle. Above them – a tall entablature and a triangular pediment, girded with heavy shape trimmings in a slightly wider form. In the side parts of the facade, one can see recessed, concave niches with the sculptures, created in 1838 by Vincas Smokovskis, a prominent artist of that time.

The tall, still matching church’s proportions, main entrance is marked by the portal, composed of large trimmings and a triangular fascia.  The side facades are divided by the rhythm of doubled pilasters and rounded niches of windows – the entablature, girding the wall of side naves, is interrupted by much higher  pilasters, framing on the sides the central part of the church, which by their forms and size reiterate those, which are in the inside part of the portal. The central nave of the church is covered with a clear reflection of Classicism period – impressive coffered ceiling with the integrated rosettes. In the walls of the pillars, dividing the space and connected by pillar arches, doubled pilasters are integrated reiterating the rhythm of outside side walls, holding the entablature band, decorated with relief decor. 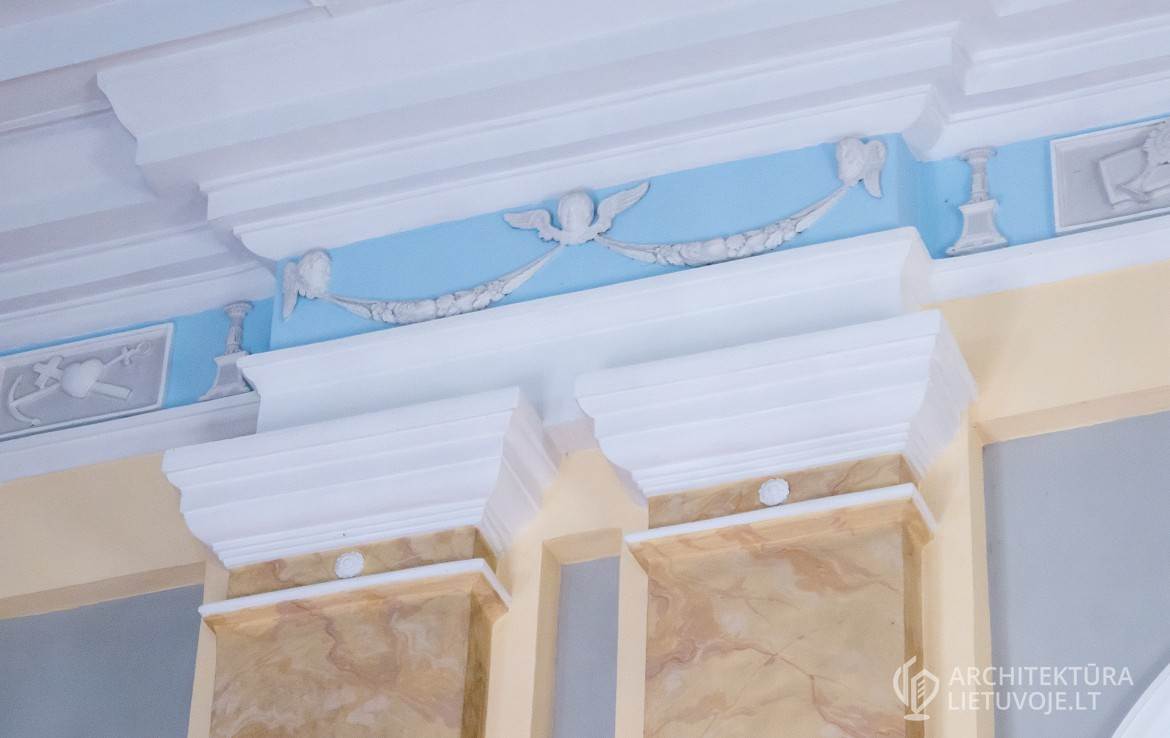 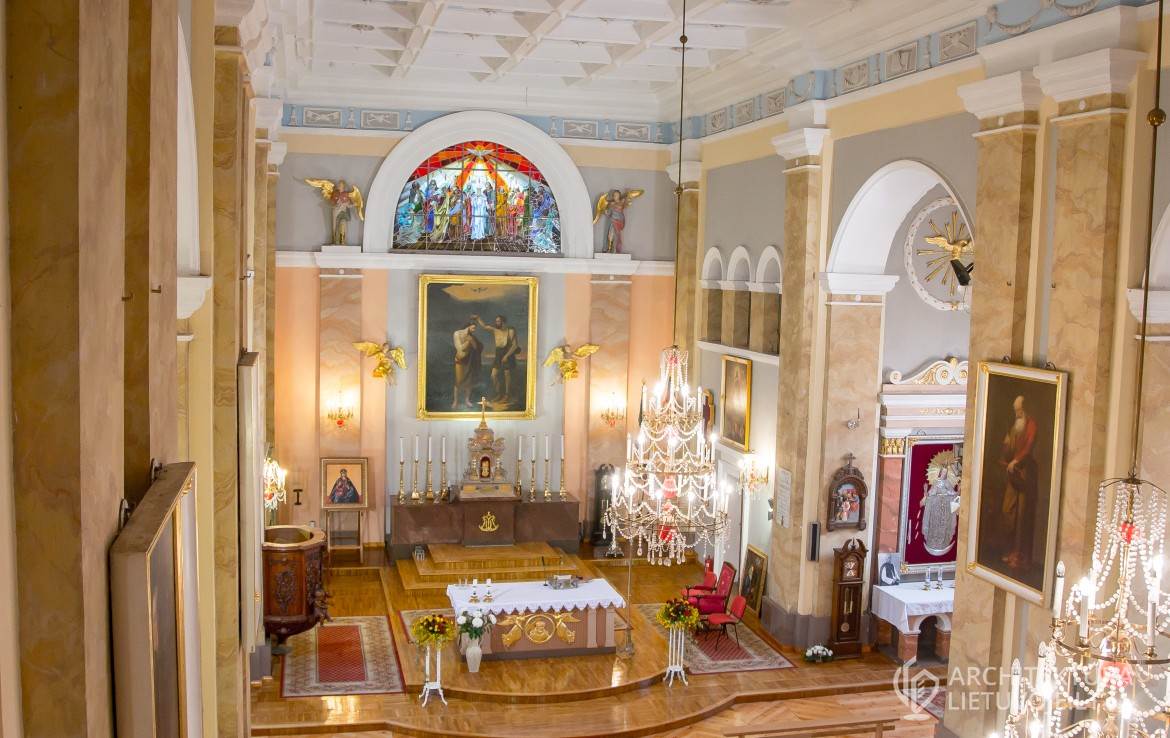 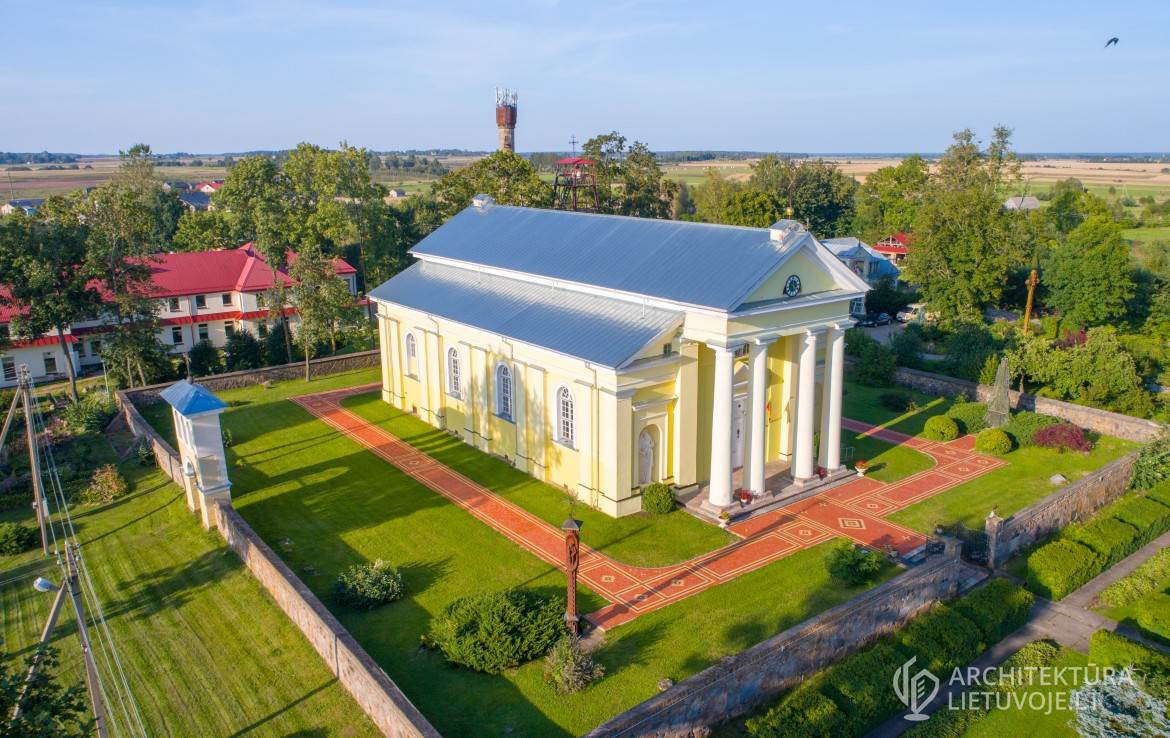 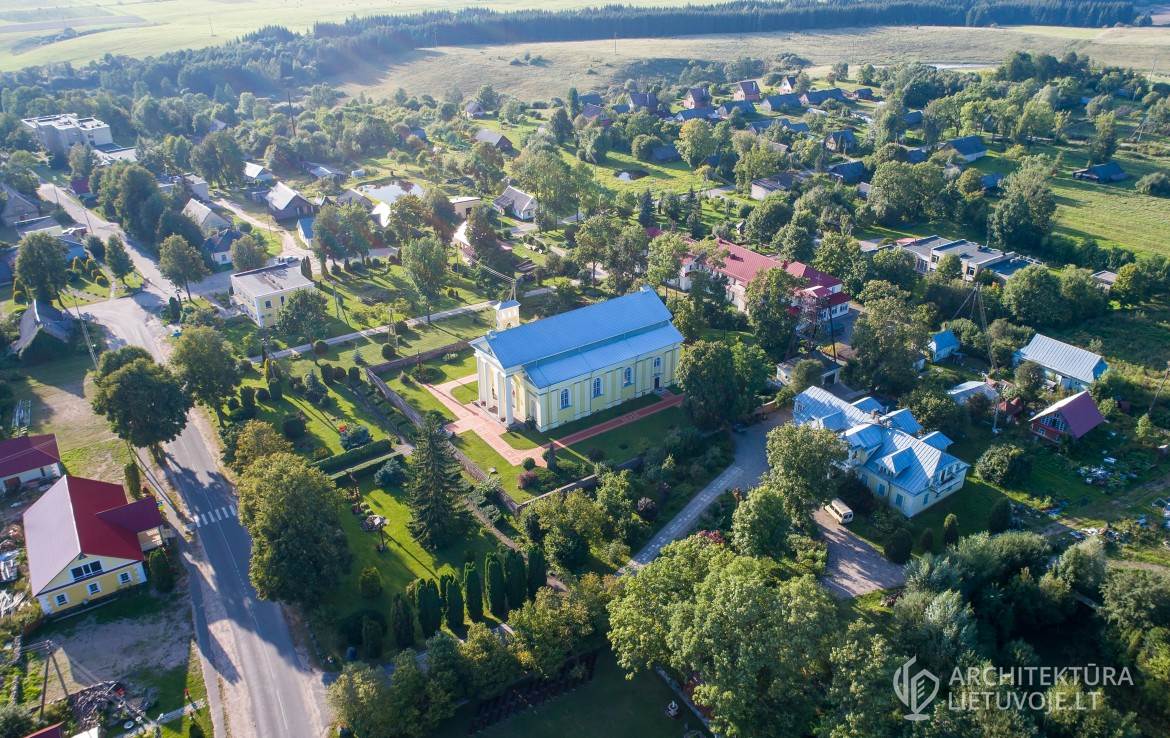 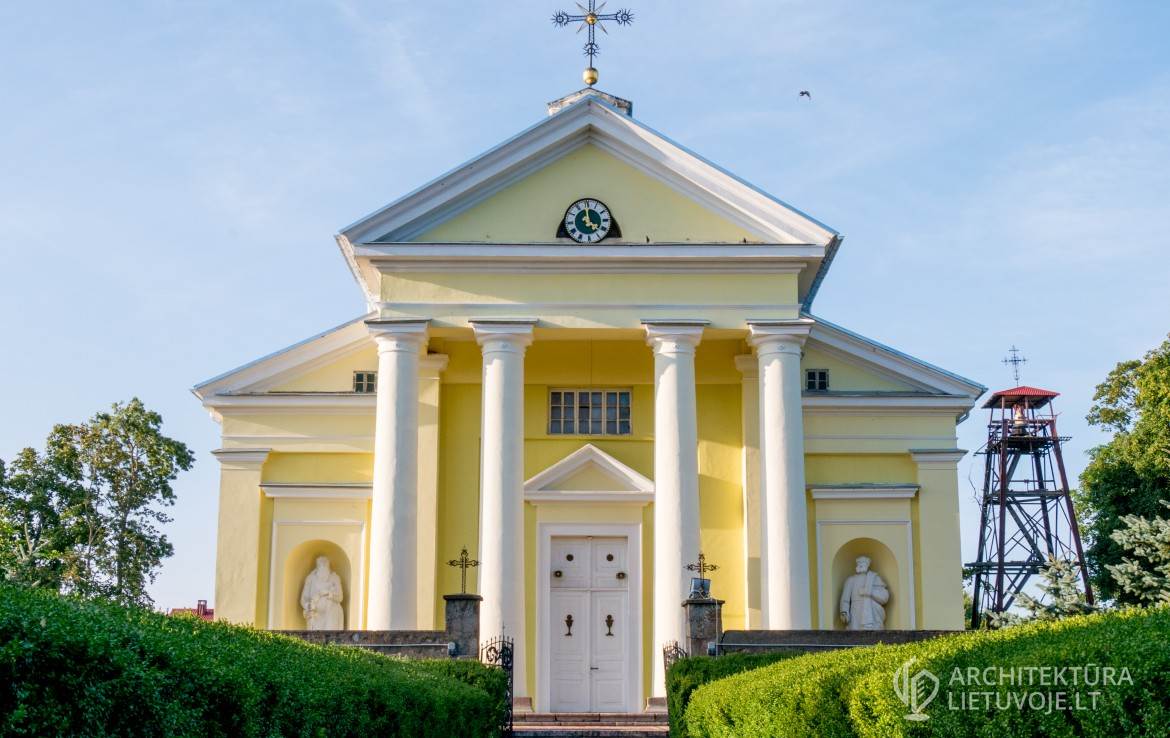 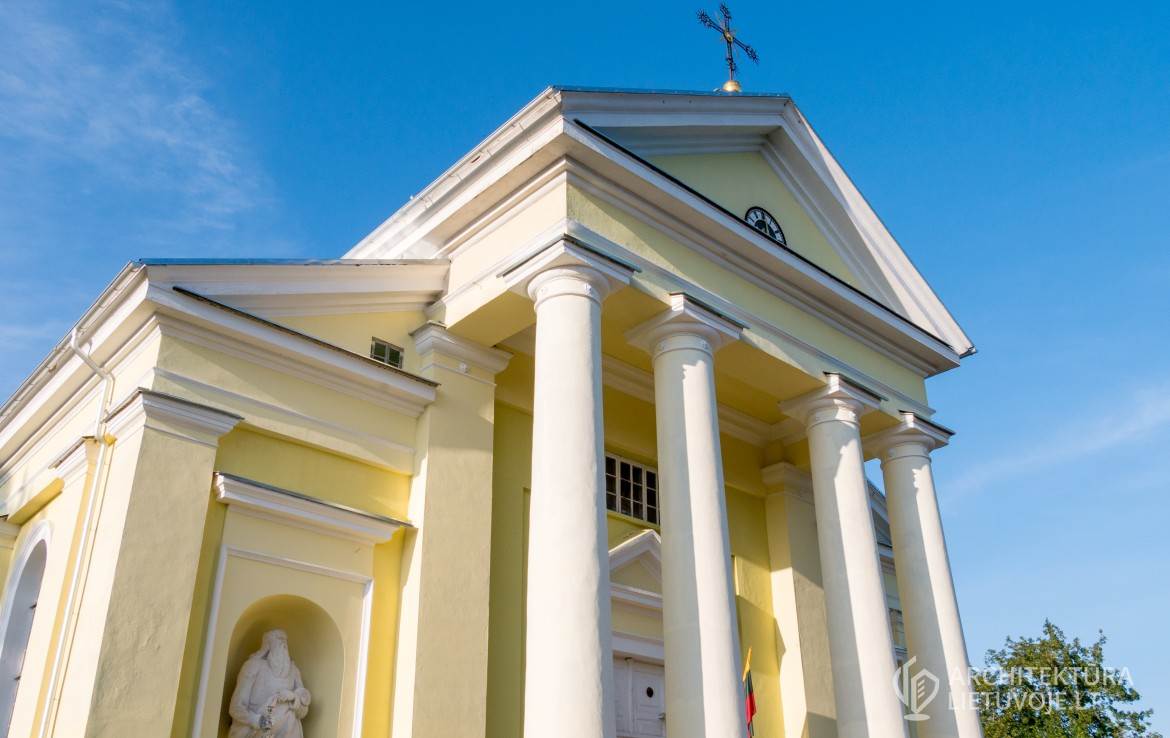 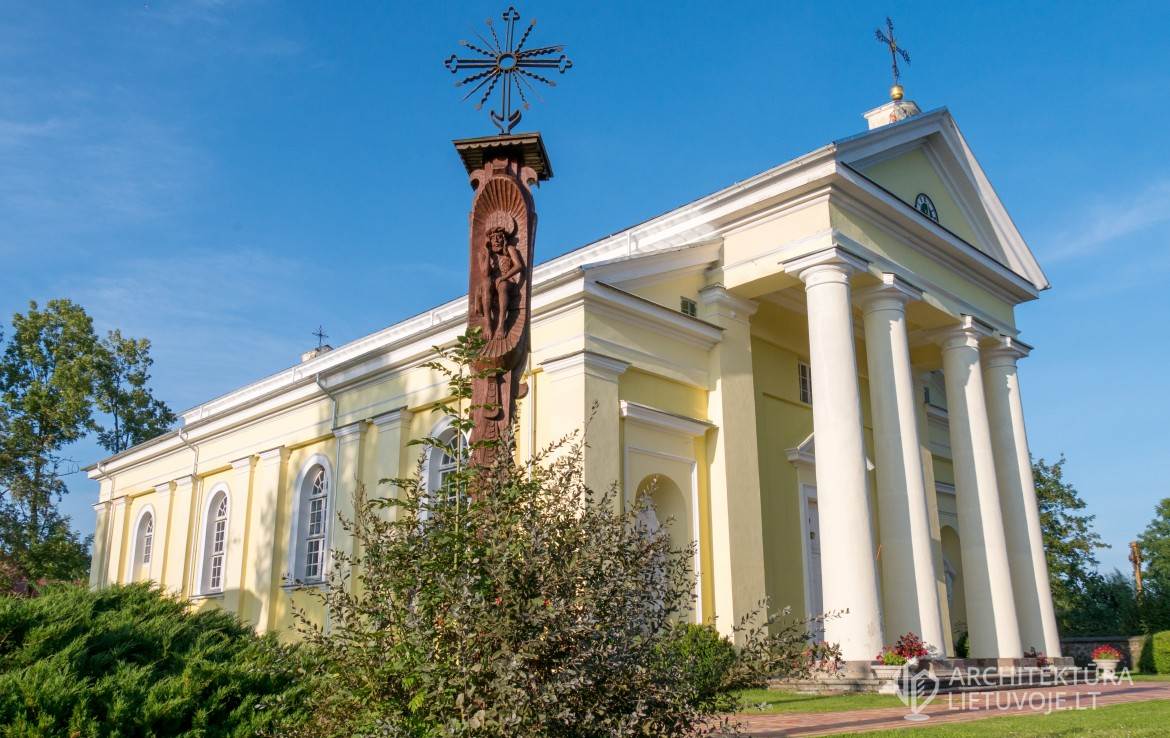 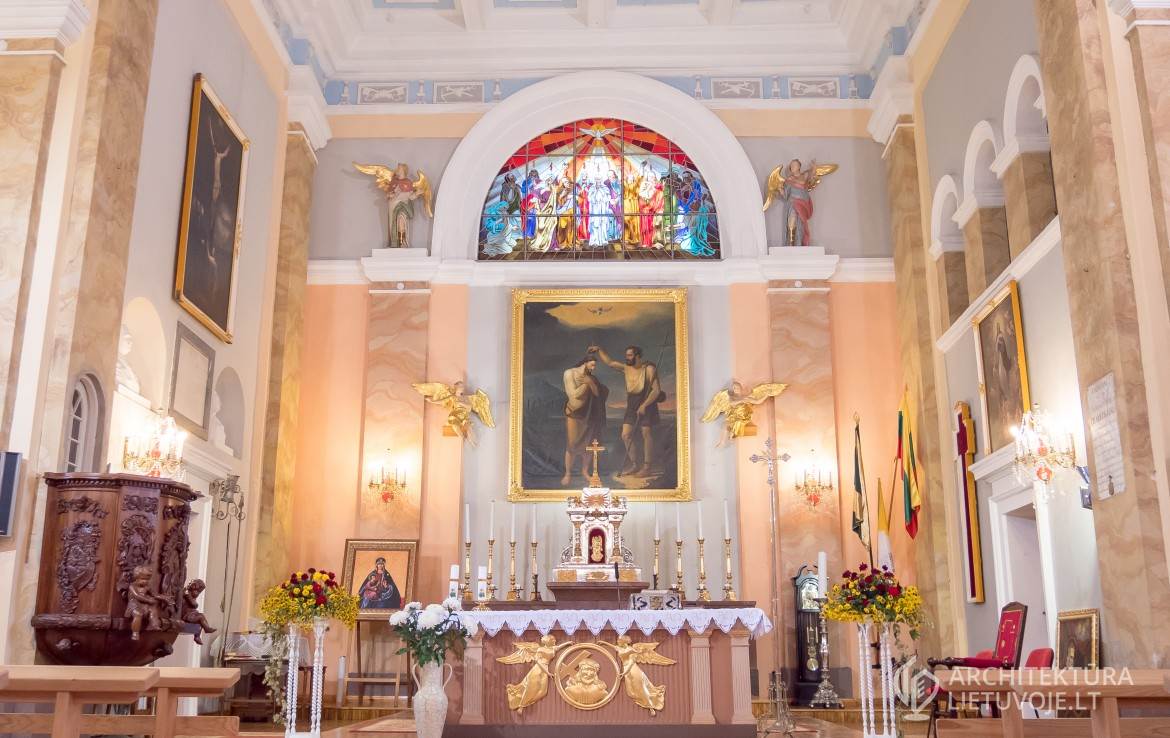 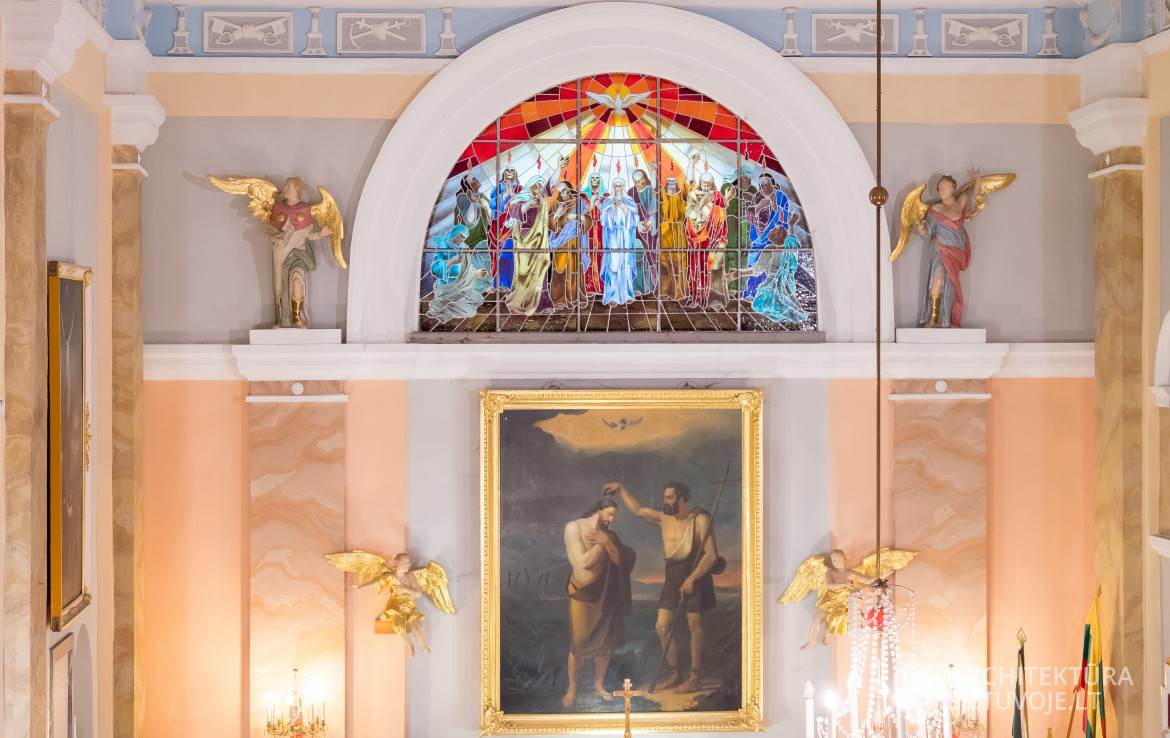 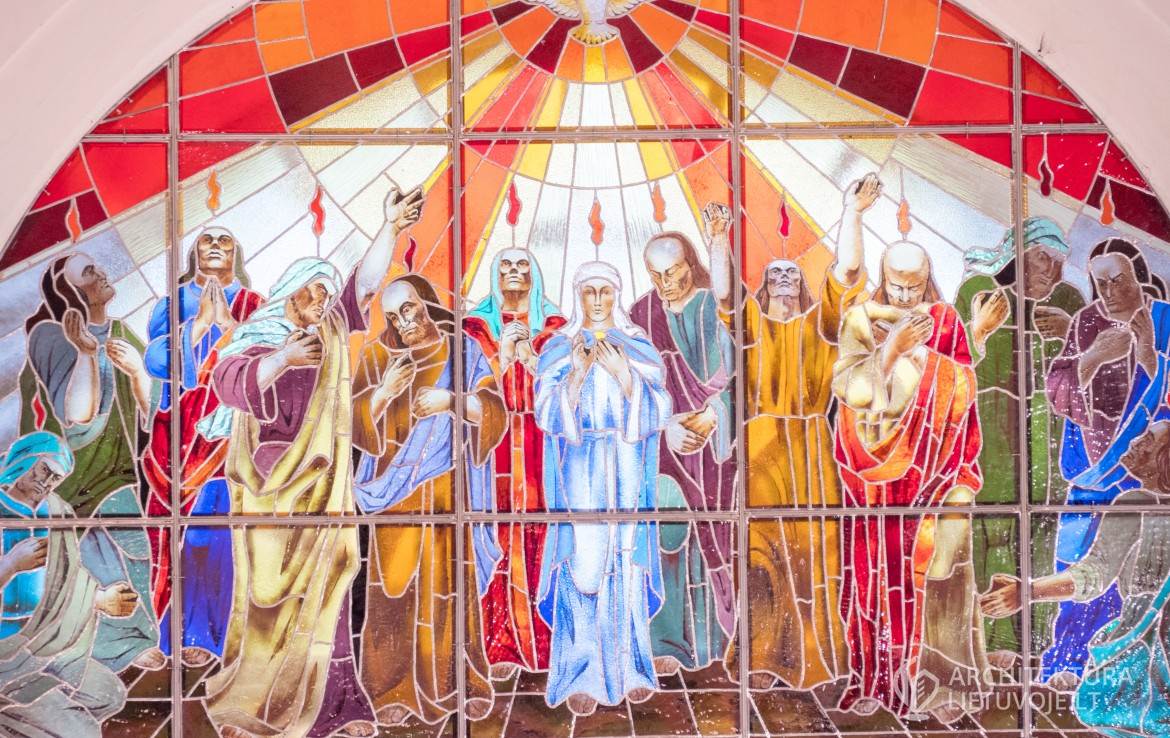 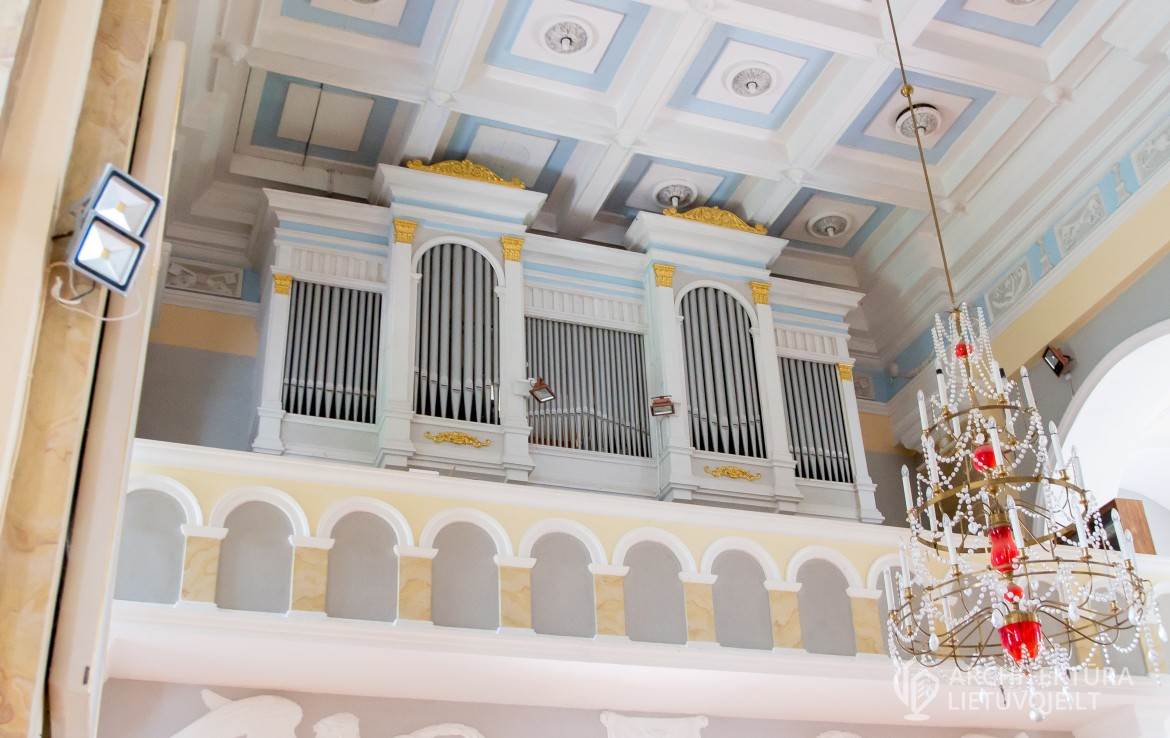 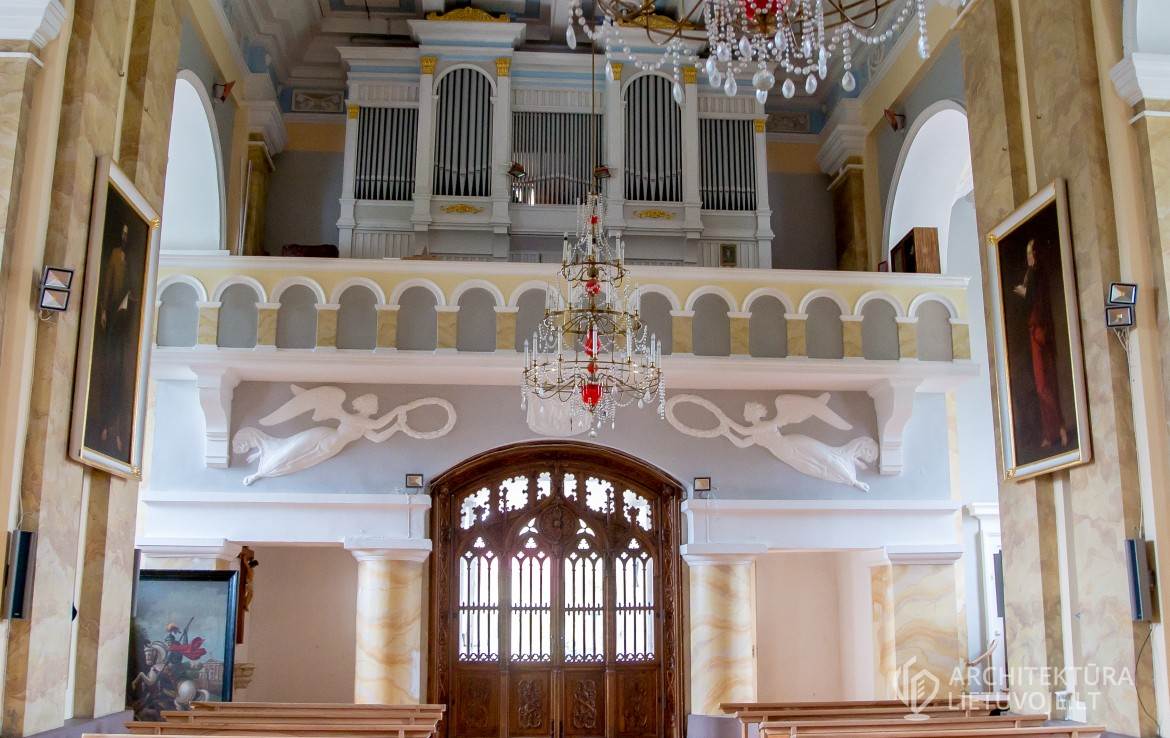