Meikštai Manor has been mentioned even from the 18th century. At that time, this ensemble, as inheritance, went from the Naruševičiai to Augustinas Vavžeckis. In the late 19th century, the Manor owner Simonas Meištovičius built a building in the style of Neo-Gothic castle that survived into our days. In terms of architecture this building is quite unique.  This is one of the three structures of English Neo-Gothic style in Lithuania. The ensemble of the Manor buildings retained into our days 13 buildings of interesting stylistics or their remnants, valuable in terms of architecture: the central building, masonry type, plastered, having small towers; a service building, made of field stones and plastered brick masonry with authentic ornamentation of the facades; a wooden barn with the doors hammered with the blacksmith work nails; a stackyard of pole structure, made of stones, brick masonry and sawed logs; similar structure cattle sheds, distillery ruins, part of brick masonry ice-house. The sumptuous Historicism style church on the grounds of the Manor has not survived. Only a part of greenery has remained. At present, the building of the Manor is reconstructed, the Centre of Addiction Treatment and Rehabilitation is operating here.

The Manor House is an irregular rectangle in plan with two avant-corpses. The exceptional sumptuousness of this building was depicted in the drawing by Napoleonas Orda in the 19th century. Only a minor part of it has survived into our days so far; therefore, the building seems asymmetrical, it is difficult to discern its former composition and arrangement of the building’s parts. In the Soviet times, the Manor was not included into the lists of cultural property; therefore, the Manor House deteriorated. Only the avant-corps on the left remained authentic from the entire old Manor House, other parts were simplified during reconstruction: the avant-corps on the right that gave a counterweight to the avant-corps on the left and the massive tower behind it, which by its appearance reminded of Gothic castle towers, today is much more lower, its first floor demolished and its appearance simplified. The massive, square in plan, tower that used to be the main accent of the Manor House has been demolished. The main entrance distinguished in the main facade by arch structures and decorative Neo-Gothic pinnacles seems dilapidated as well – today its place is marked by wide stairs only, covered with a tin-plated canopy. The inner spaces of the Manor House are arranged in the corridor system.  The interior formed at the end of the 19th century was not altered often – this was revealed during polychrome testing in 2006.

The only one structural element survived, representing the grandeur of the Neo-Gothic palace – the avant-corps on the left, which is two-storeyed, raised above the main facade, with the decorative polygonal turrets in the corners. The planes of its facades are decorated with elements characteristic of Neo-Gothic: the arched frieze, profiled cornice, stylized fasciae above the rectangular windows. A round fanlight-rosette survived on the top of the avant-corps, still its original division during reconstruction has been replaced by simpler one. 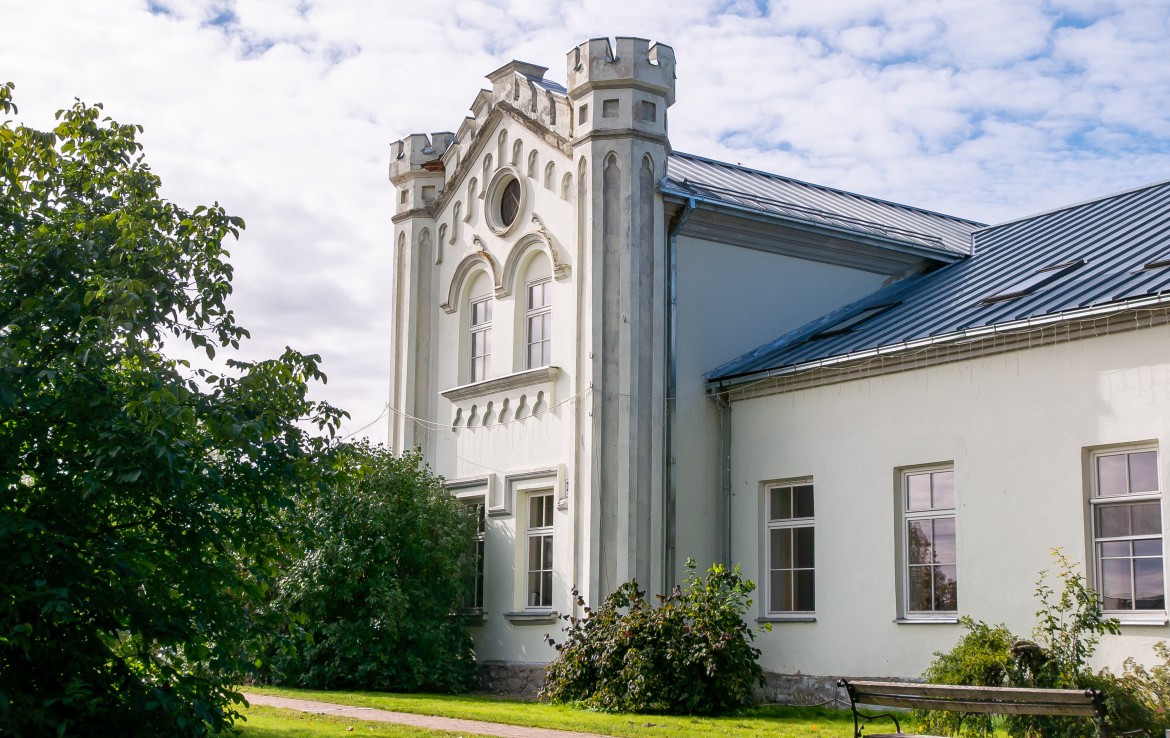 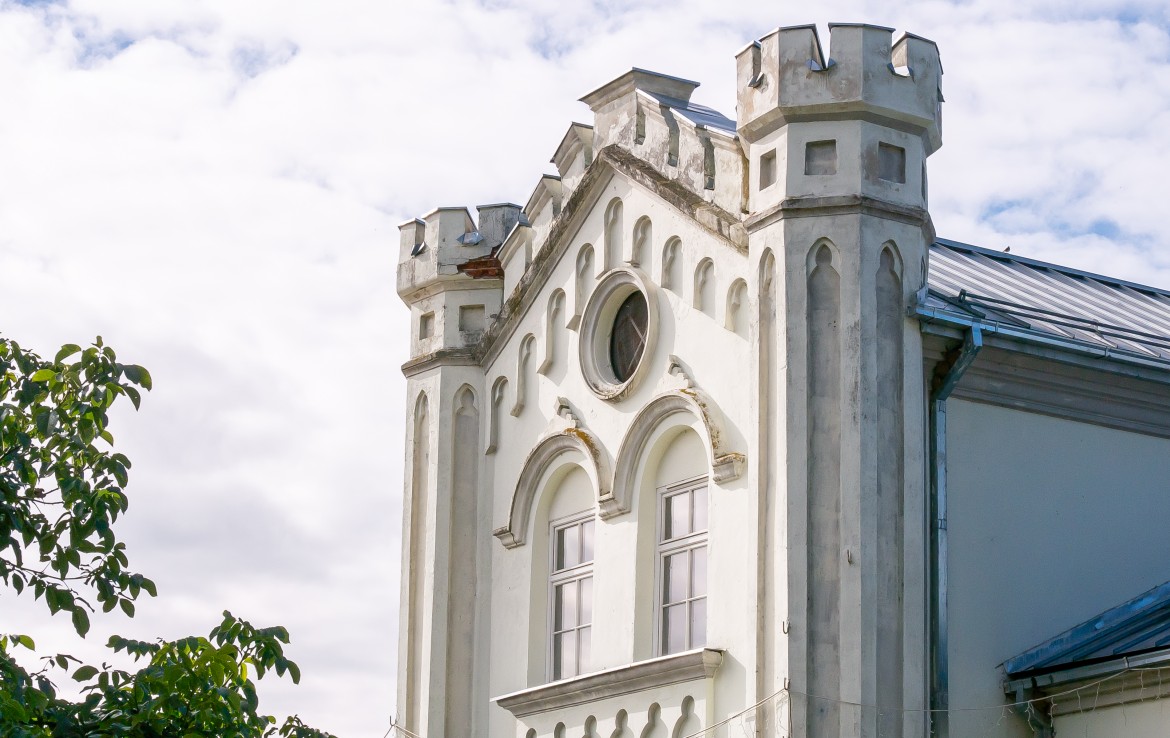 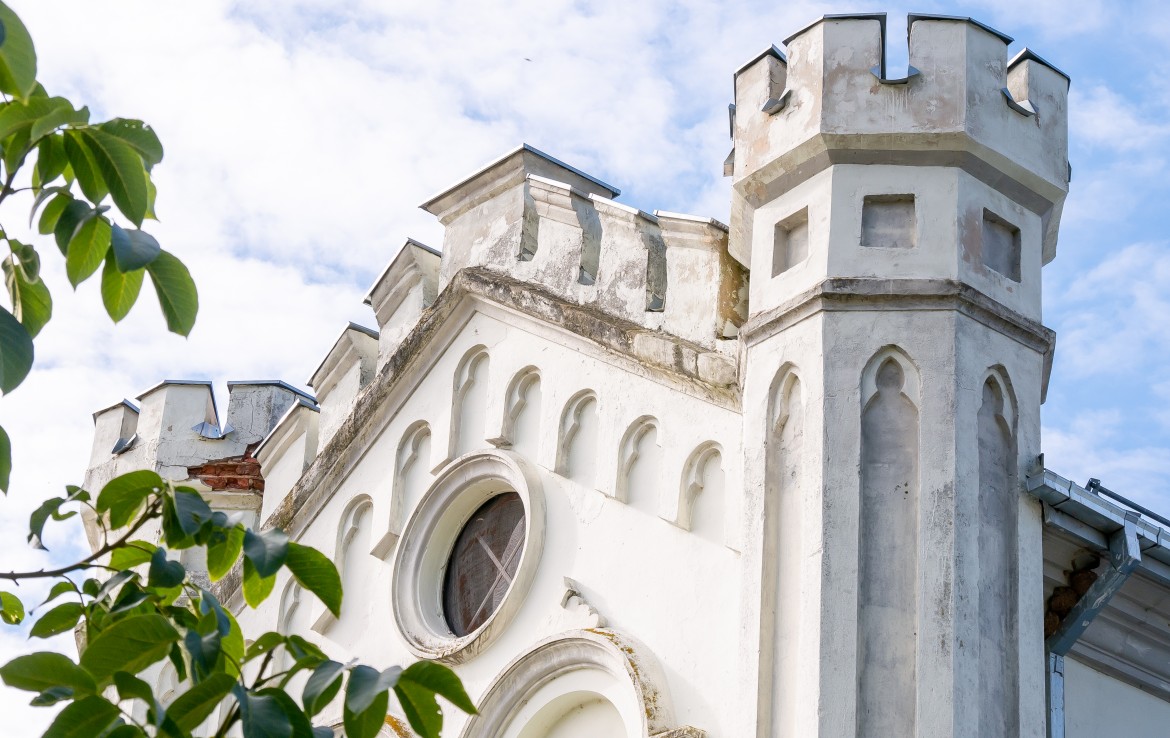 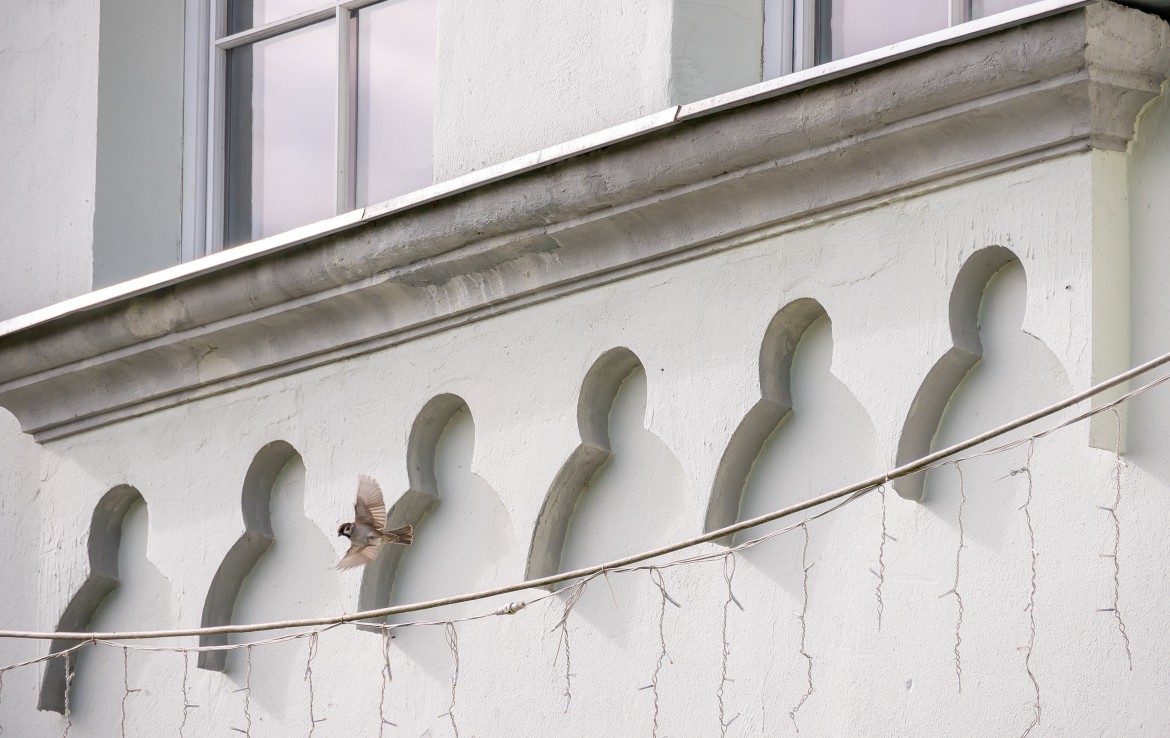 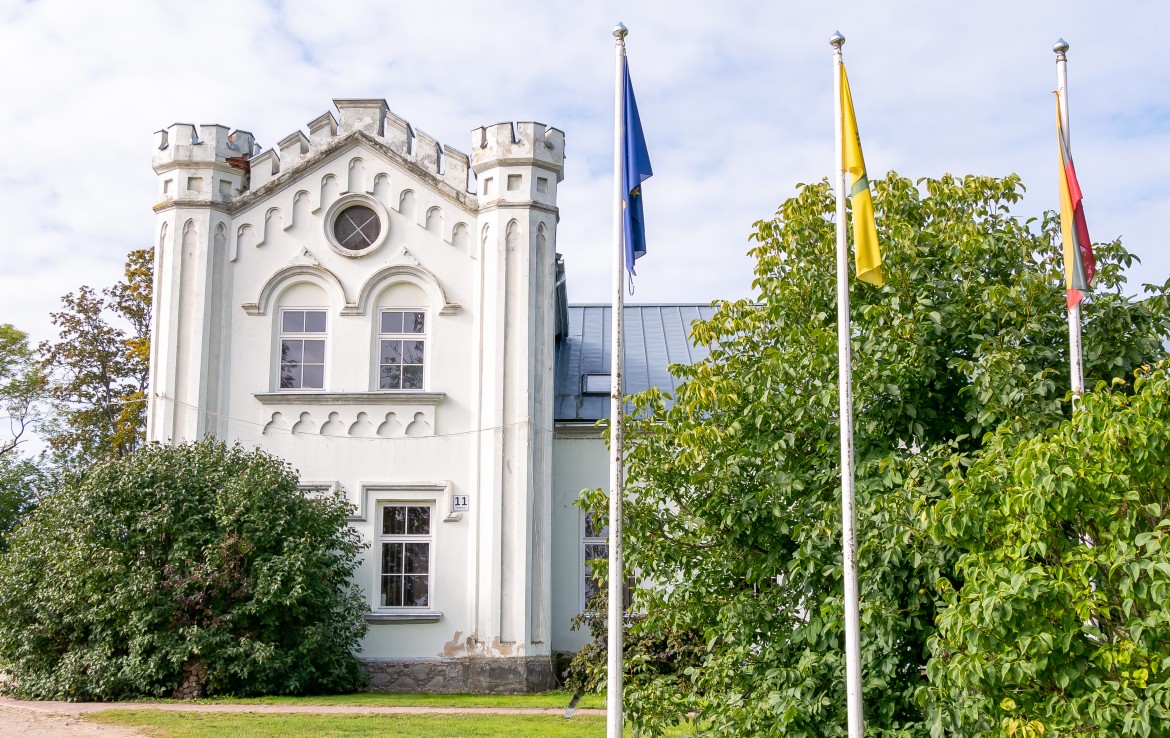 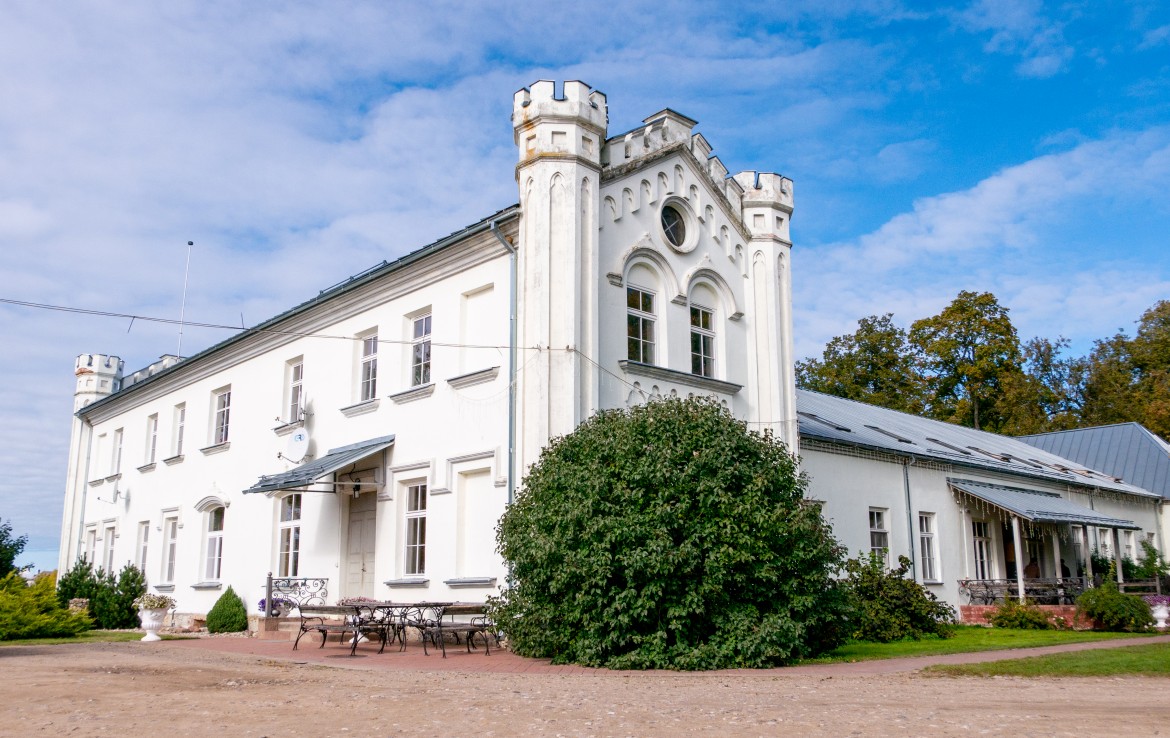 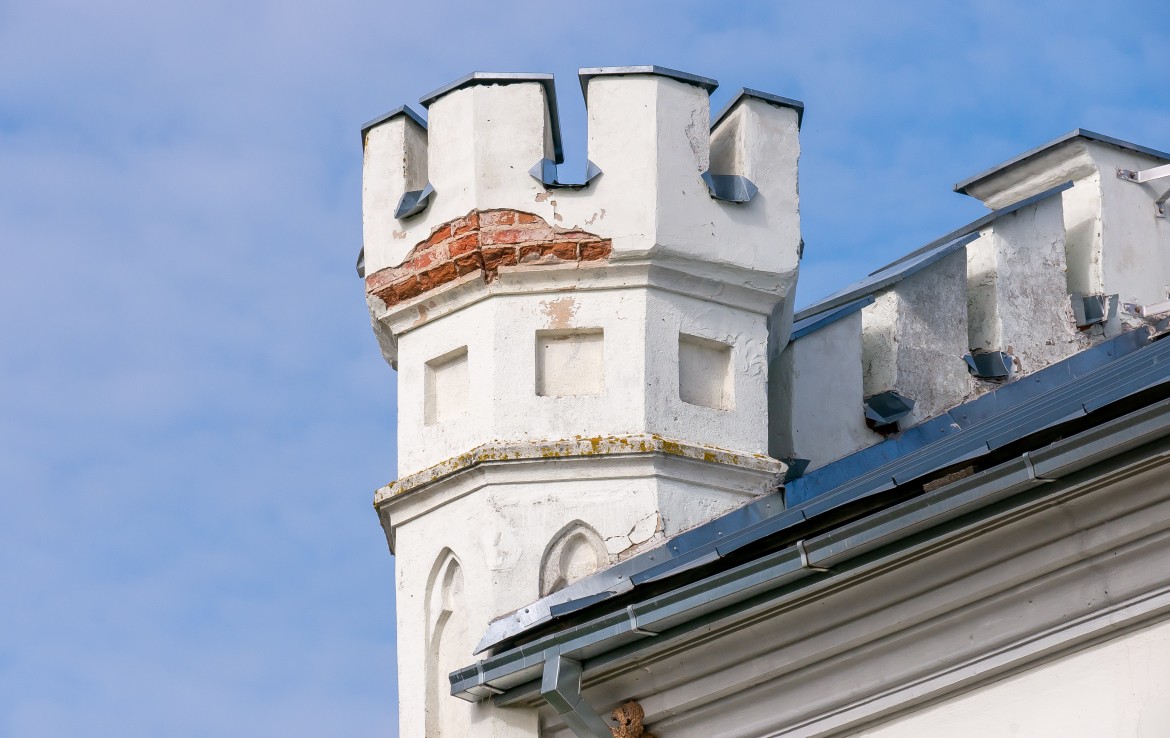 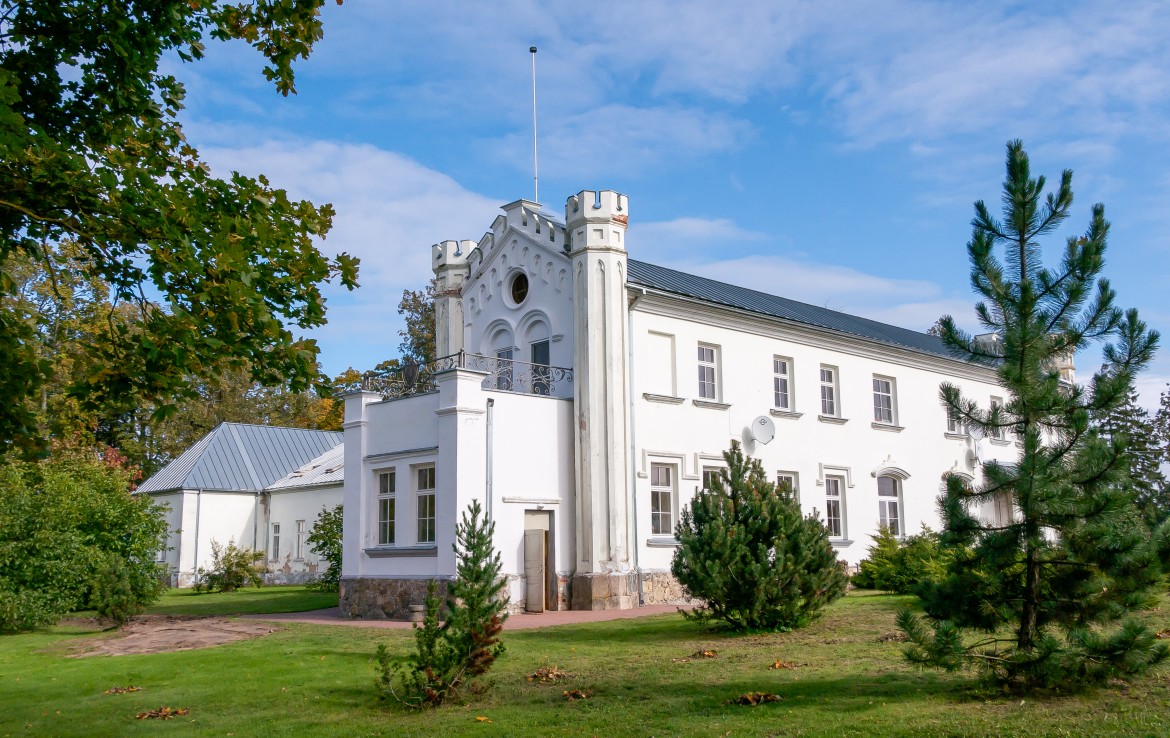 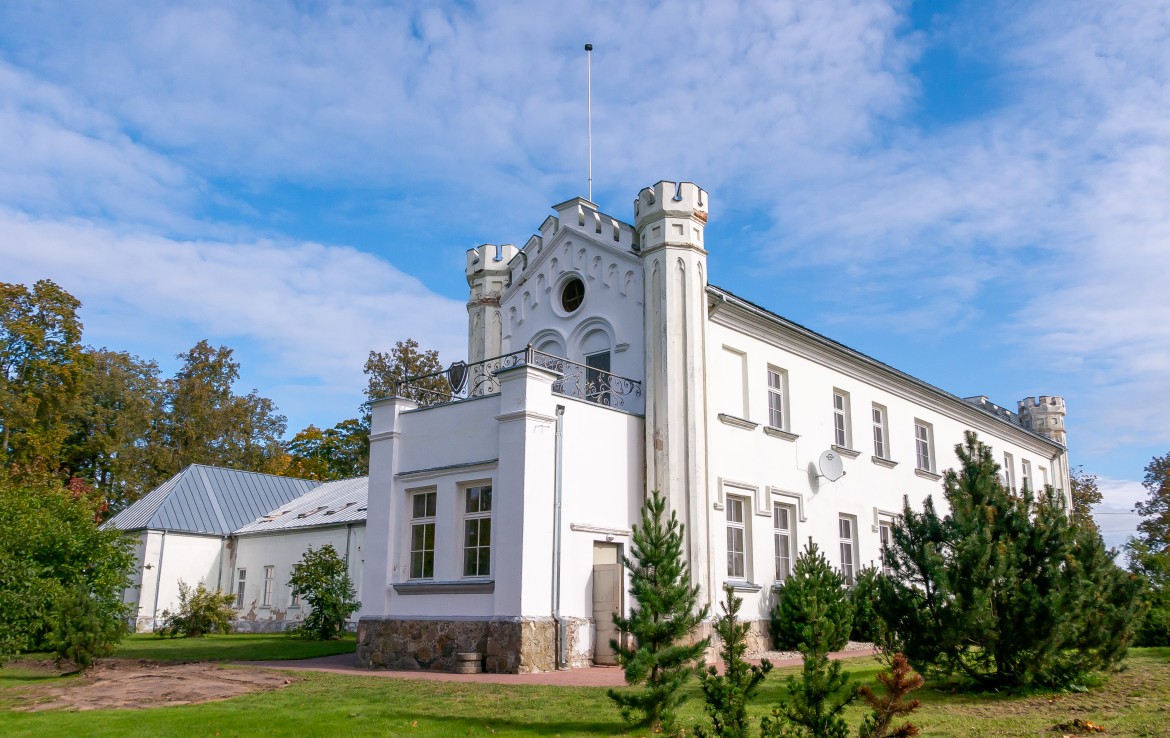 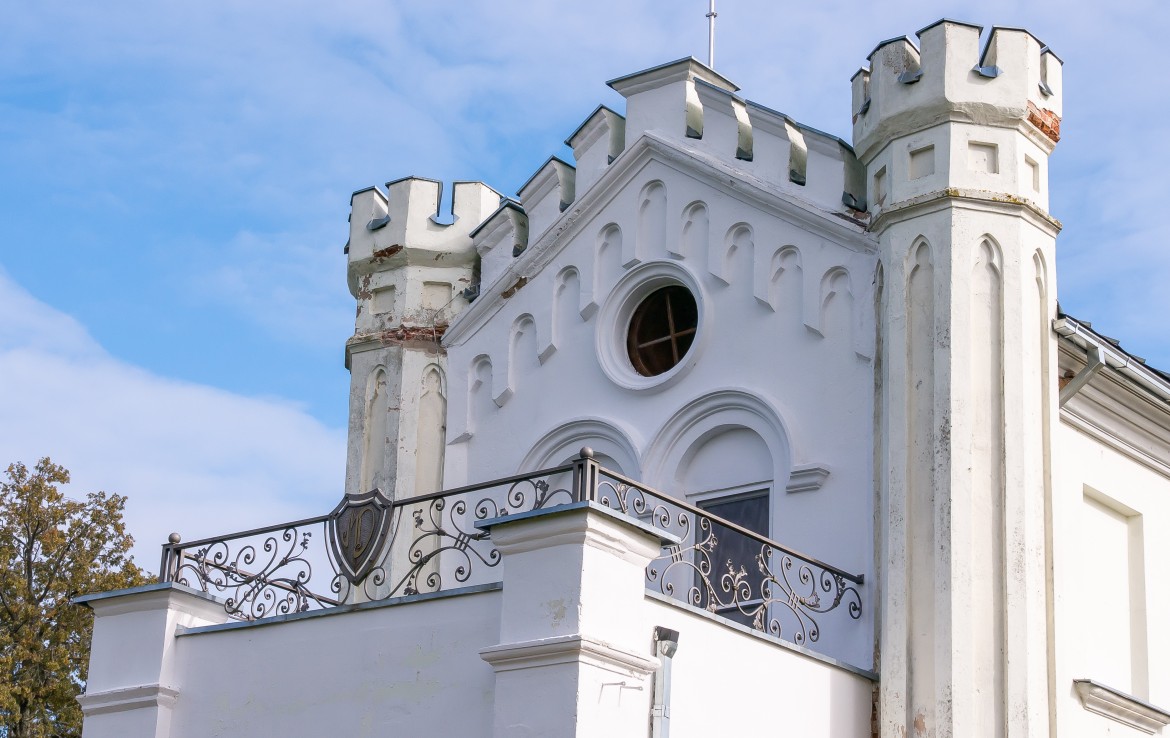 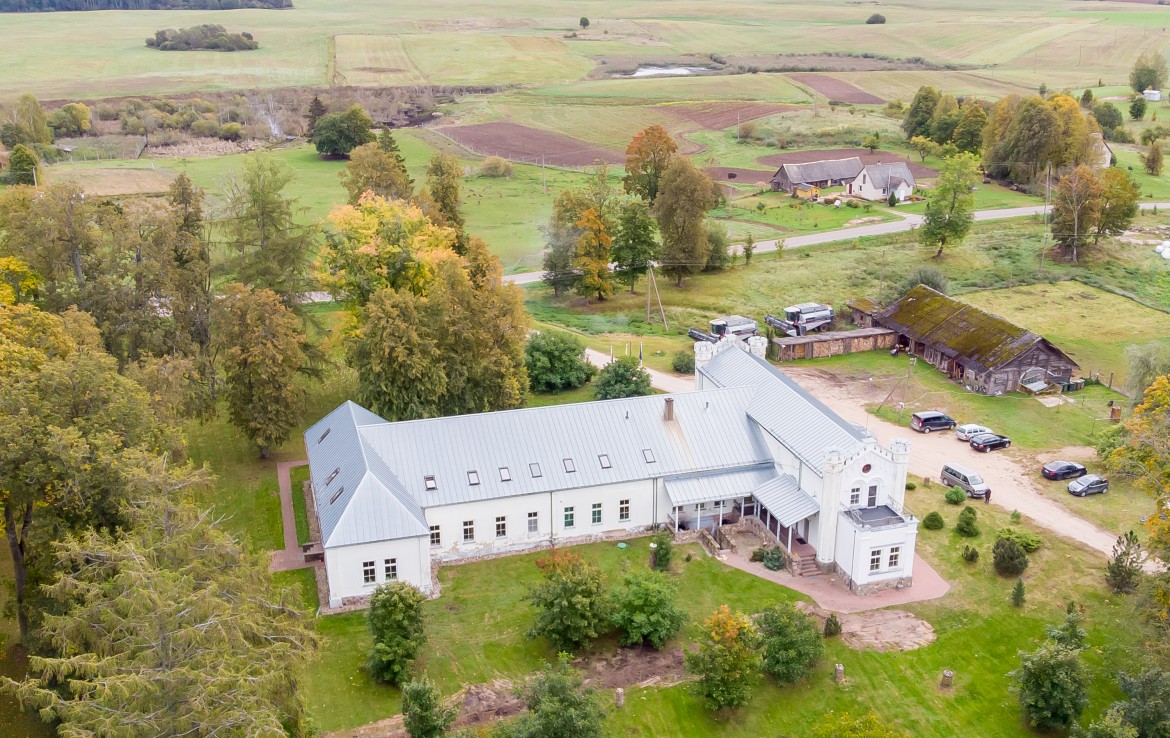 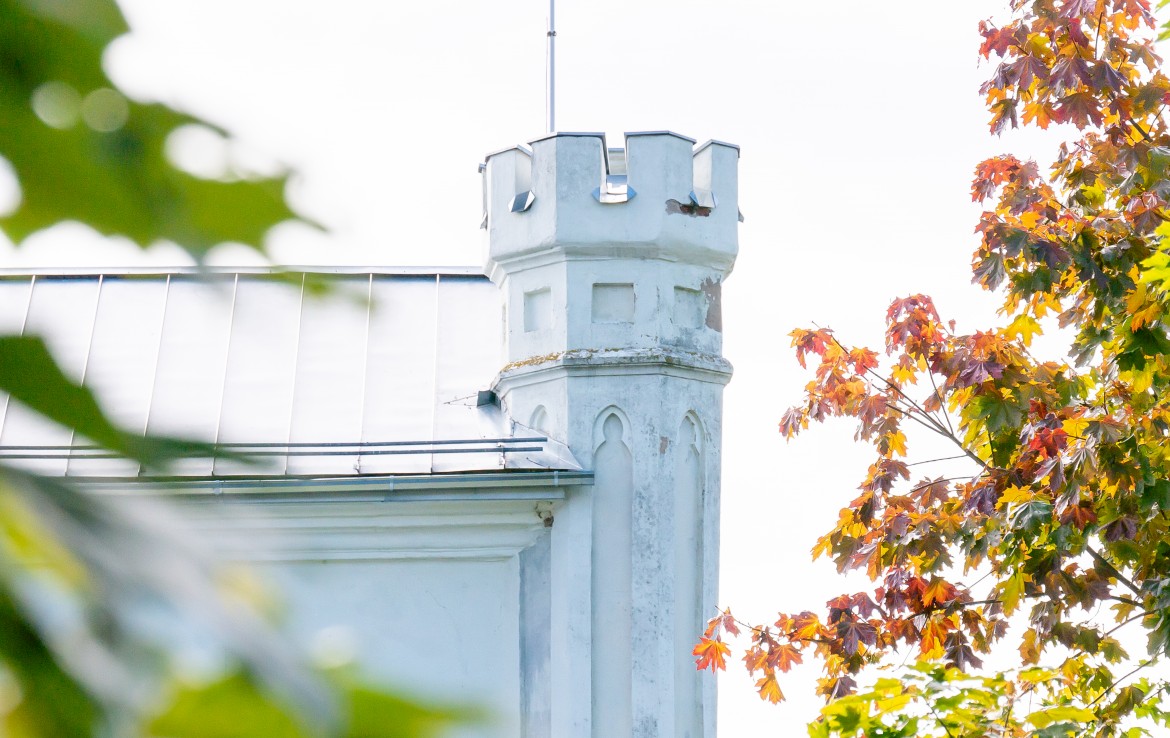