Kaunas interwar modernism has become one of the most important parts of the city’s identity today. At that time examples of a slightly different, Polish school of modernism used to appear in Vilnius. Perhaps due to historical circumstances or perhaps due to the lack of such examples here, this part of the heritage is still often overlooked today. And yet, we can see many impressive buildings of that time in the capital. The object of extreme importance is then J. Piłsudski School, designed by the famous Polish modernist architect Romuald Gutt, which was opened up in 1938.

The building has extremely evident functionalistic origin. There are just a few similarly refined buildings of this wave of modernism in the country from the period before the World War II. Here we can see many features characteristic of the idea of functionalism indicating that the function must be the main “engine” of the building’s architectural expression. First of all, it is asymmetrical, free layout of the building as well as its asymmetrical façades, reflecting its interior layout. Large and long strip windows greatly illuminate the indoor spaces – the light in the classrooms is also provided by the layout of the windows on those sides where most of the natural light could be obtained.

The façade solution of the building is created from the well-matched but contrasting yellow ceramic tiles and light plaster, which were popular decoration elements at that time. The façades are even more diversified by the bay windows – parts projecting outward from the main wall. It is no coincidence that such solution was chosen – it ensures even greater illumination. The reinforced concrete bridge contributes to the diversity of the materiality of the building – it is a hint of the material which has become prevalent in some forms of modernist architecture since the war. Certain functional elements in the courtyard façade – the balcony and entrance – are emphasised by red tiles. The solution that seems to fall out of the building’s modernist aesthetics – ashlar wall – is an indication of an attempt of that time to integrate the romanticised elements of the past into the forms of modernist architecture in some countries.

The interior of the building still gives us a sense of the architect’s original idea – a great deal of authenticity has remained here. Light corridors highlighted by structural elements contrasting in colour – the pillars. Since the educational function of the building has not changed, the authentic layout of the rooms with some visible authentic parquet and tiles has remained as well. Exclusively decorated pillars are in the hall on the third floor. They are connected to the ceiling by extremely widespread capital of organic forms. Even though it may seem to be a decorative solution at first sight, they are primarily a necessity for the building construction. 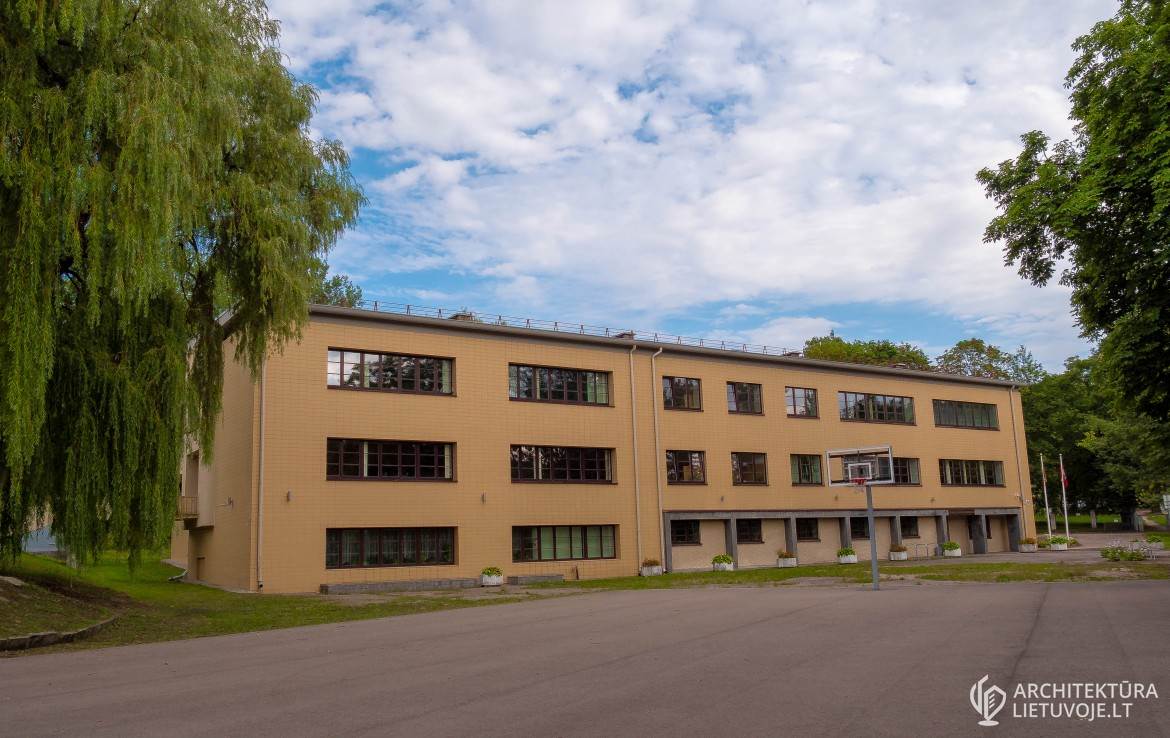 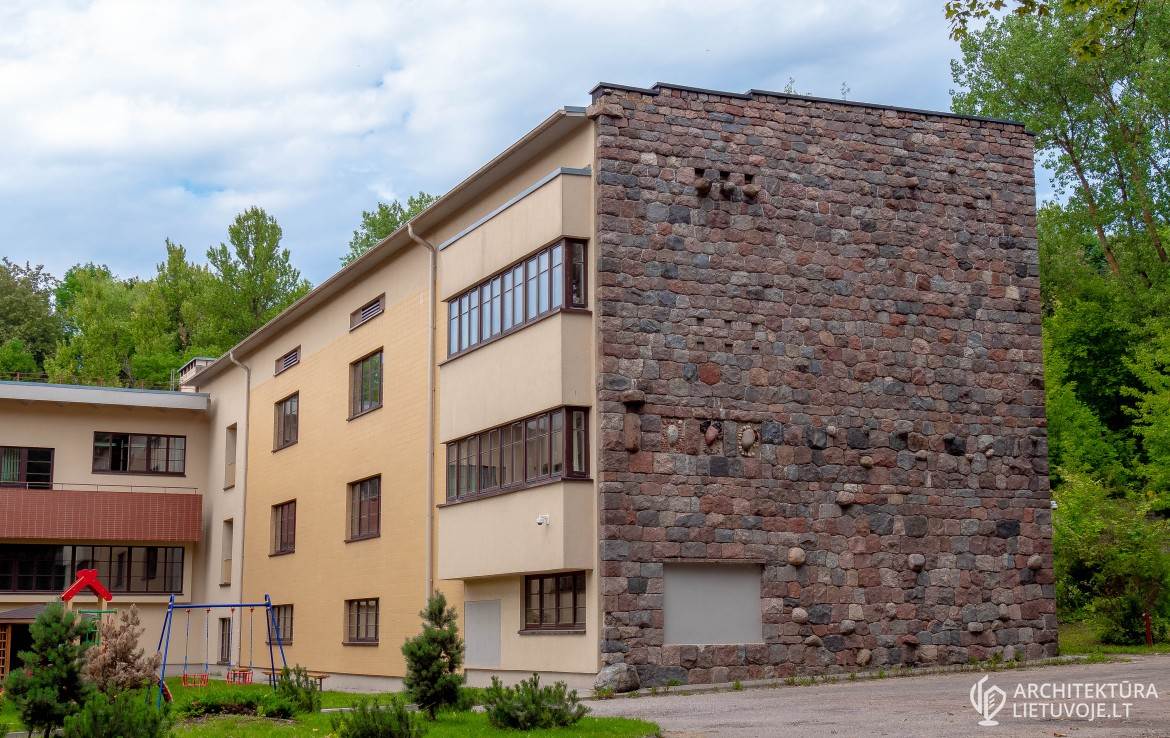 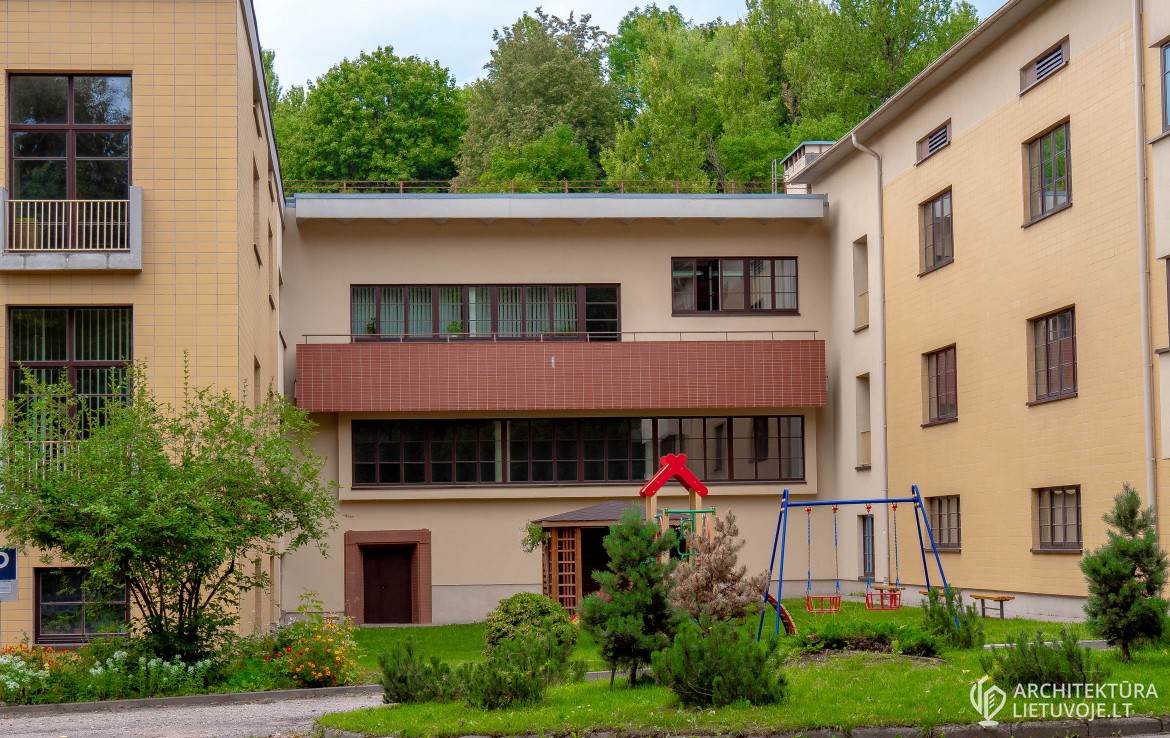 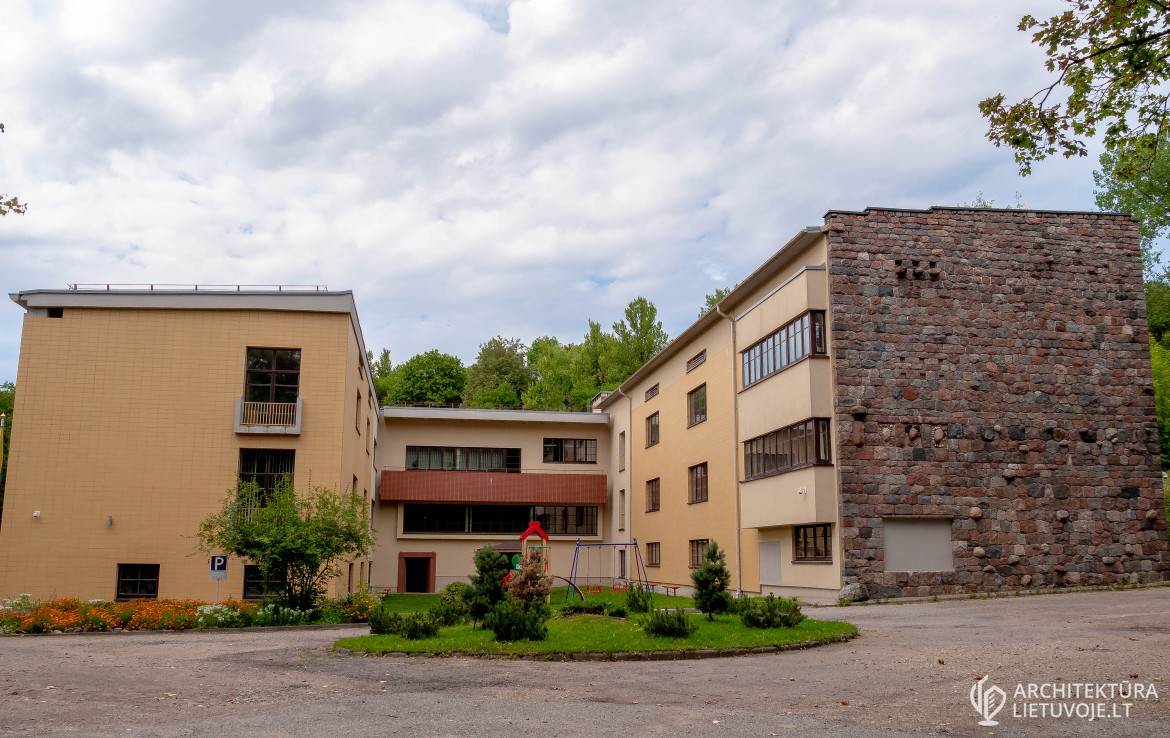 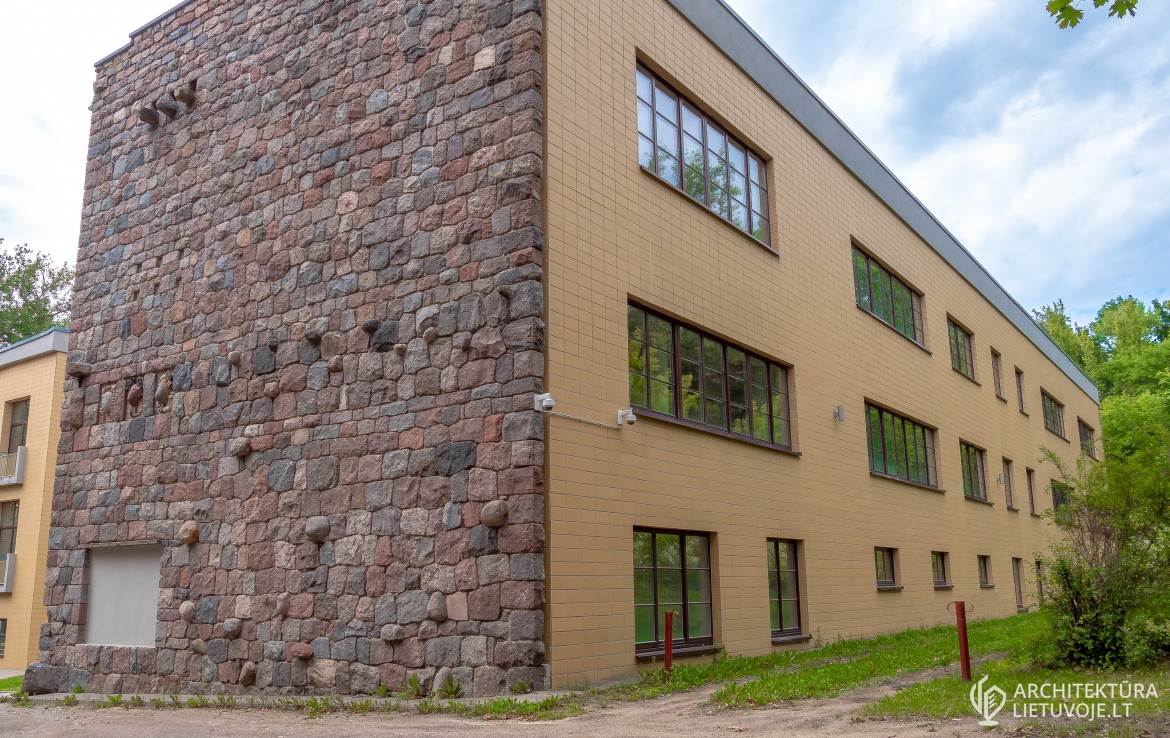 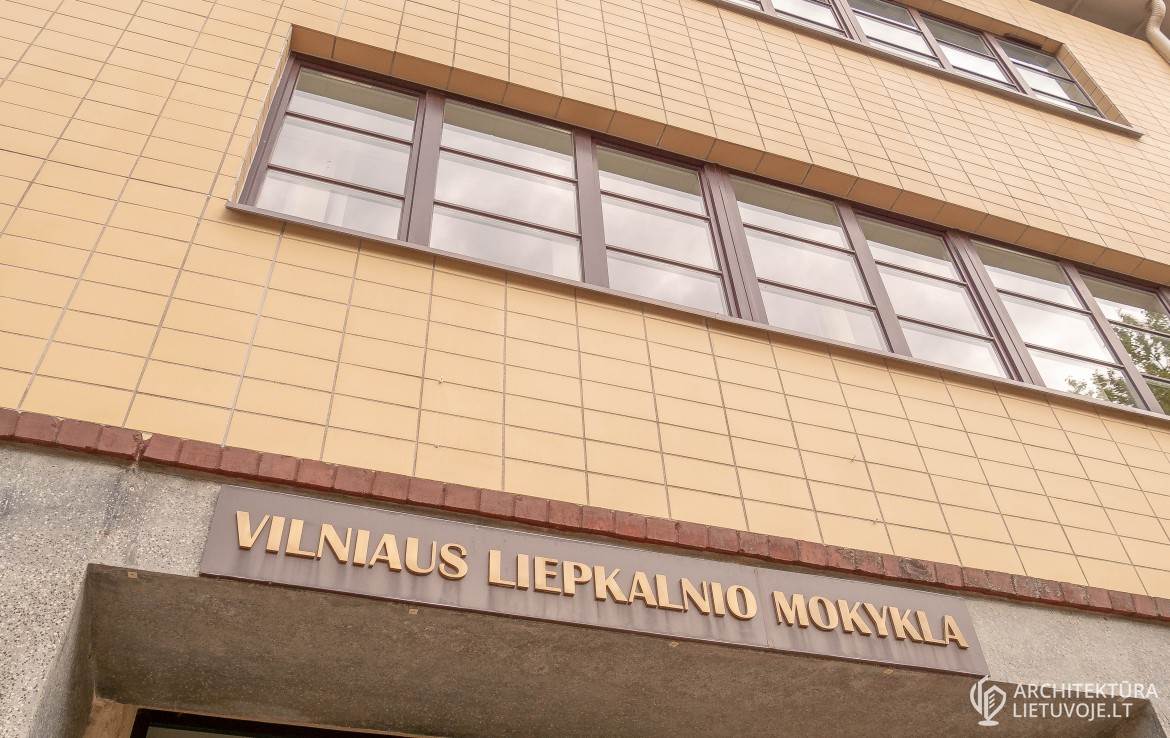 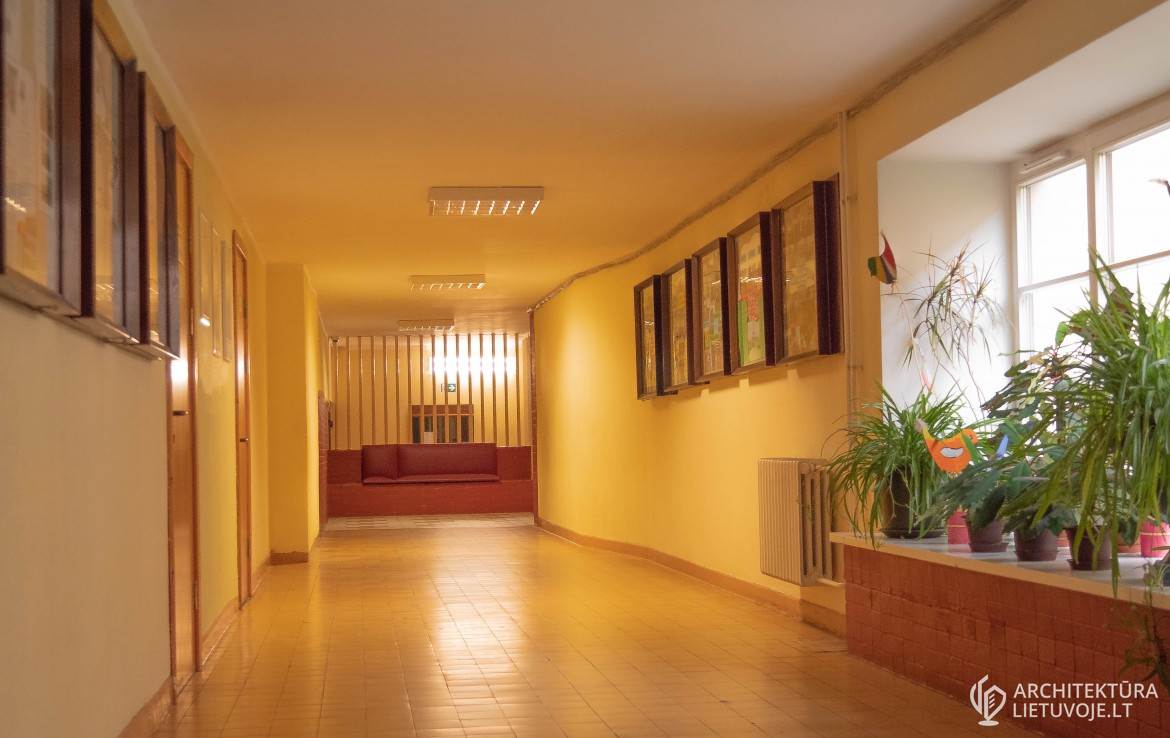 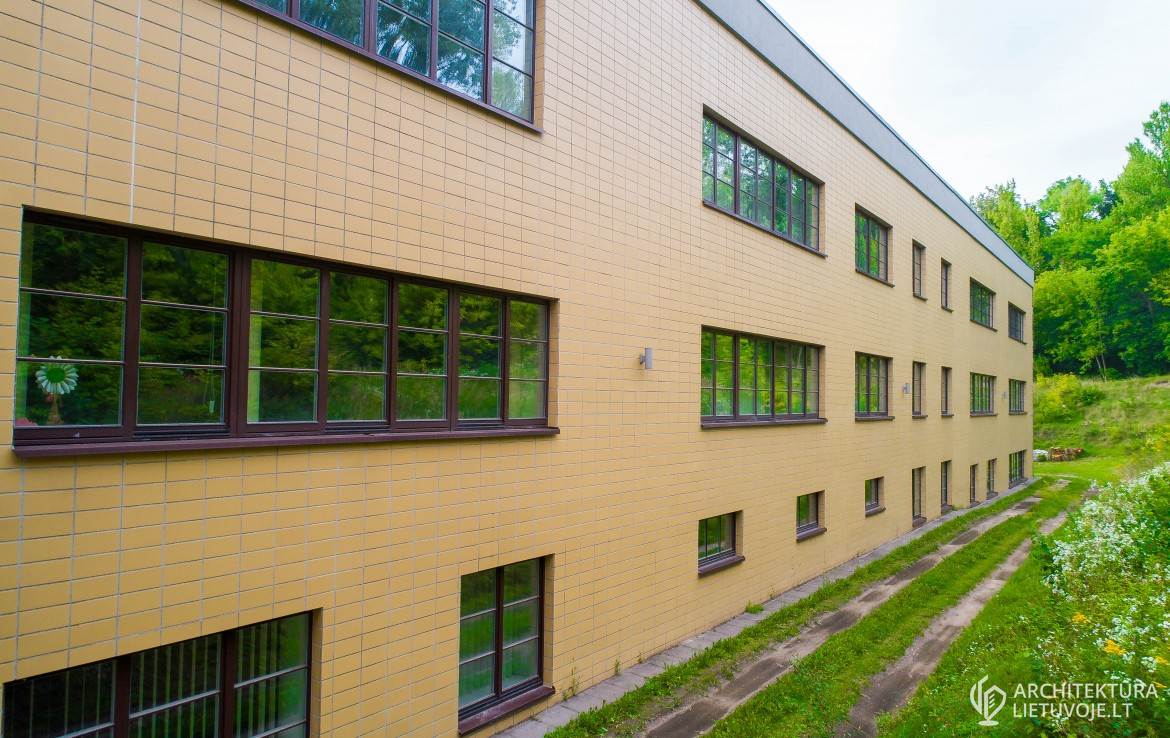 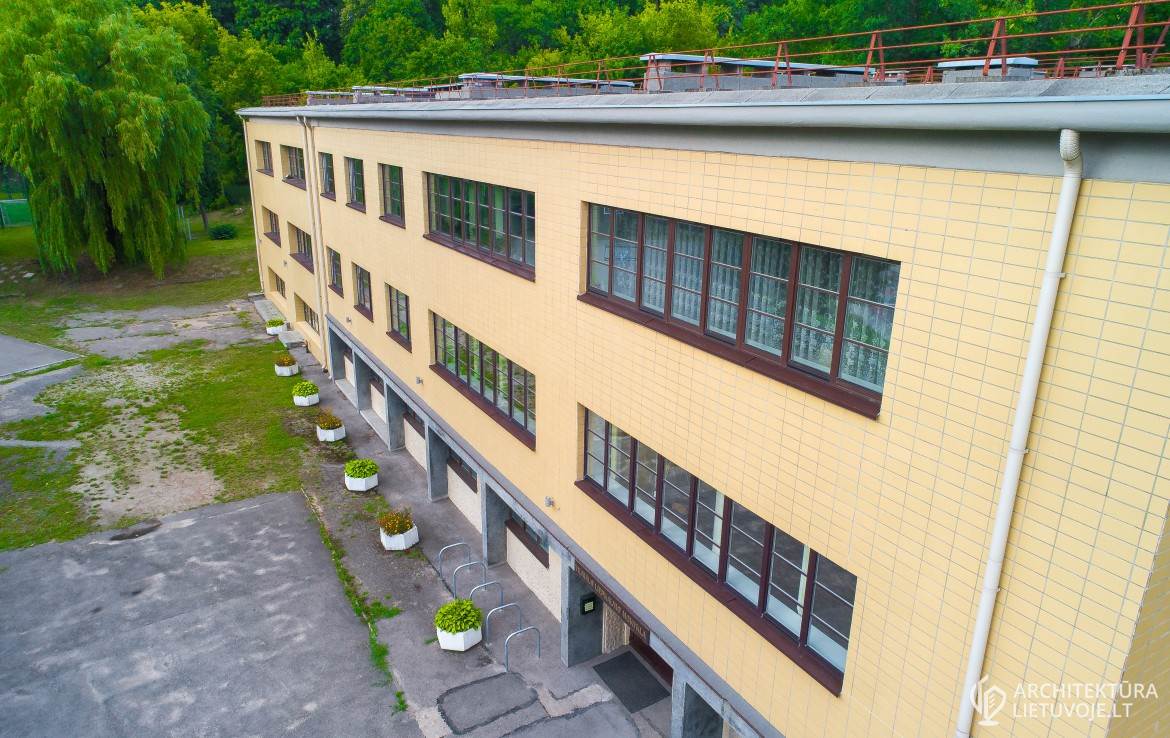 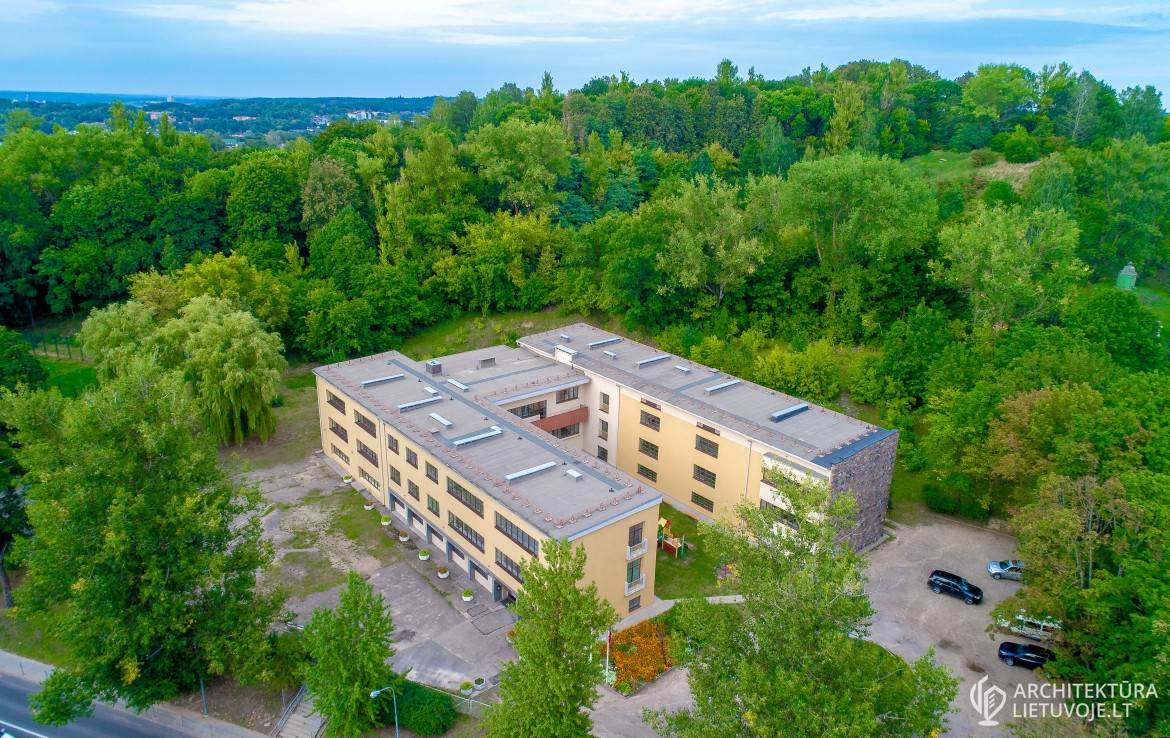 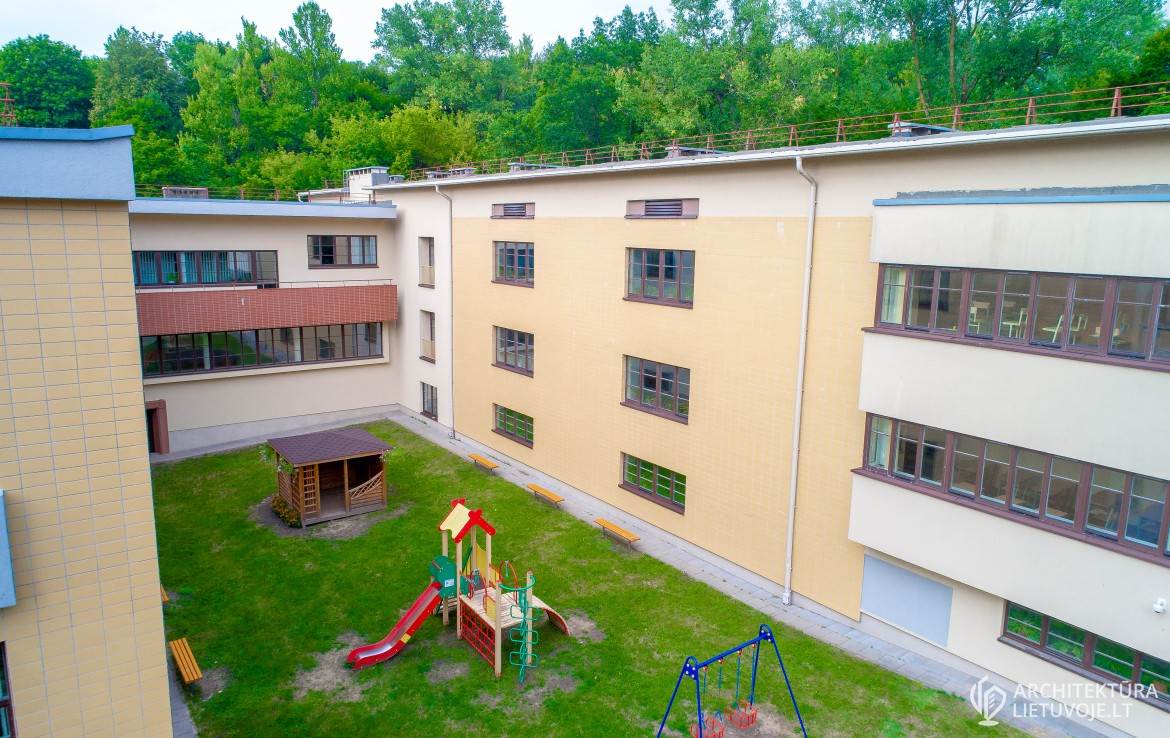 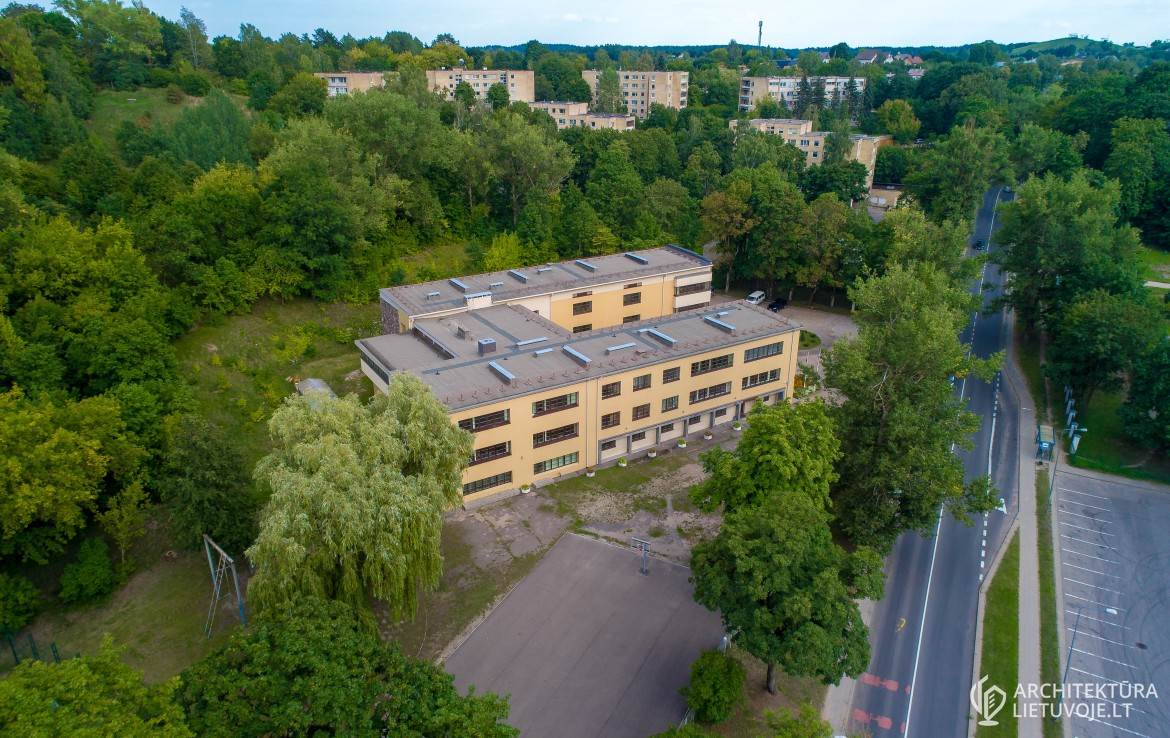