The first church in Leliūnai was built in 1698, yet we do not have more detailed information about it. The second wooden church was built by Leliūnai Manor owner Juozas Pomarnackas in 1788. The parish was established in 1793. The church was consecrated and named after St Joseph. It has a plan of the Latin cross with a separate wooden belfry in the churchyard. After the old church deteriorated, in 1901-1905, the present masonry church was built due to the care of the priest Antanas Masaitis. In several years, the artists Stakauskas and Novakauskas decorated the interior of the church with floral and geometric ornaments. In 1931, after the fire, caused by lightning in the church’s towers, the great bells of the church fell and crashed. In 1940 the bells were recast, still during the War one bell was stolen.

Leliūnai Church of St Joseph, erected of red brick in Neo-Gothic style, has three naves with hardly discerned transept, five-walled apse and two sacristies not standing out from the overall volume, with first-floor galleries. The church’s expression reflects Gothic architecture elements: buttresses dividing the walls, pointed-arch windows with stylized tracery, pointed-arch niches and doors. The main accent of the church – two massive square-shaped towers. They are four-tier type with hip spires and crosses. A triangular pediment is inserted between the towers, divided by three intermediate pediments with seven niches on the sides. A stepped small tower, having a cross, rises above the pediment. The main facade is slightly jutted out, in the corners – stepped buttresses, finished with small towers crowned with spires and crosses. The main pointed-arch portal is slightly recessed, with a trimming; on its sides, the facade is decorated with long pointed-arch windows with tracery. Two paired arched windows rise above the portal. The tops of the facades are adorned at the cornices with small arcade ornamentation. Pointed-arch windows of the church highlight the impression of ascending, which is characteristic of Gothic.

Neo-Gothic is prevailing in the interior of the church as well. Four-corner pillars divide the interior space into three naves, the naves are set up under cross vaults. Three Neo-Gothic altars of the church are decorated richly with carvings and pinnacles. An artistic church’s pulpit, Neo-Gothic in style, is adorned with the sculptures of Christ and four evangelists. The organ sits above the narthex. In 1913 the church acquired an organ with 21 registers and Neo-Gothic appearance, made in Königsberg at the workshop of famous organ builder Bruno Goebel. This was one of the first tubular-pneumatic action organs in Lithuania .
The churchyard is fenced with a fence having a stone masonry pedestal, brick poles and iron grate. A red brick chapel is erected in the corner of the churchyard. 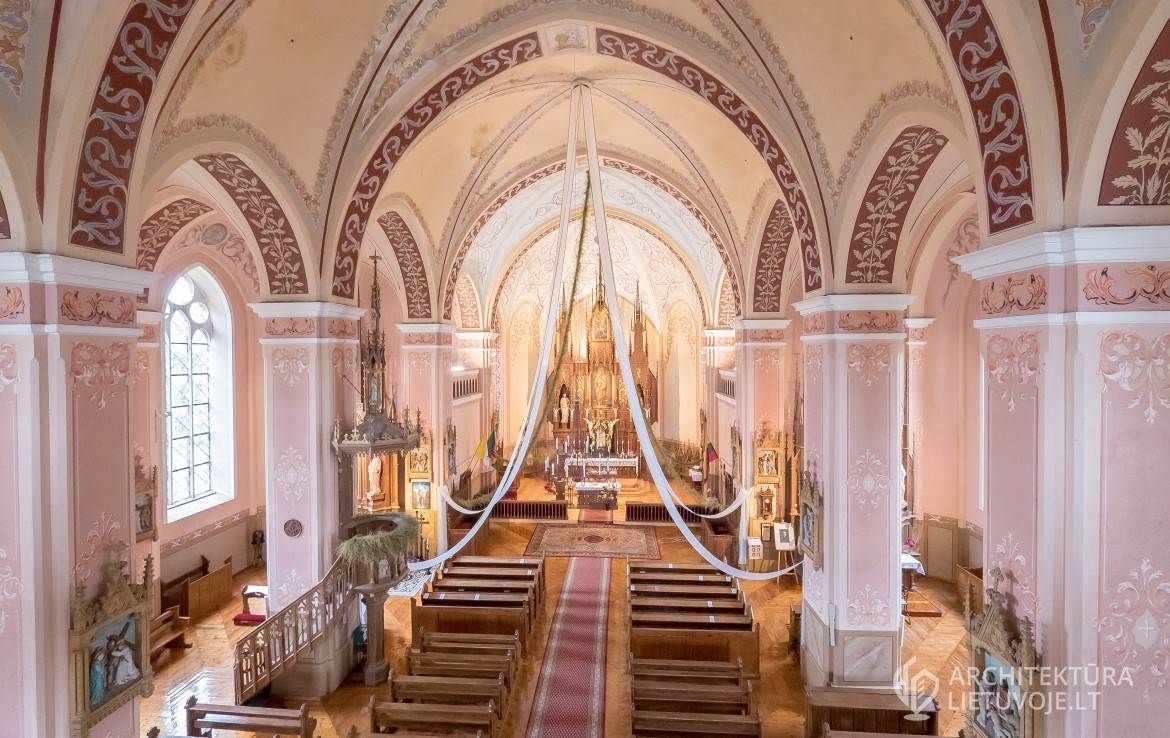 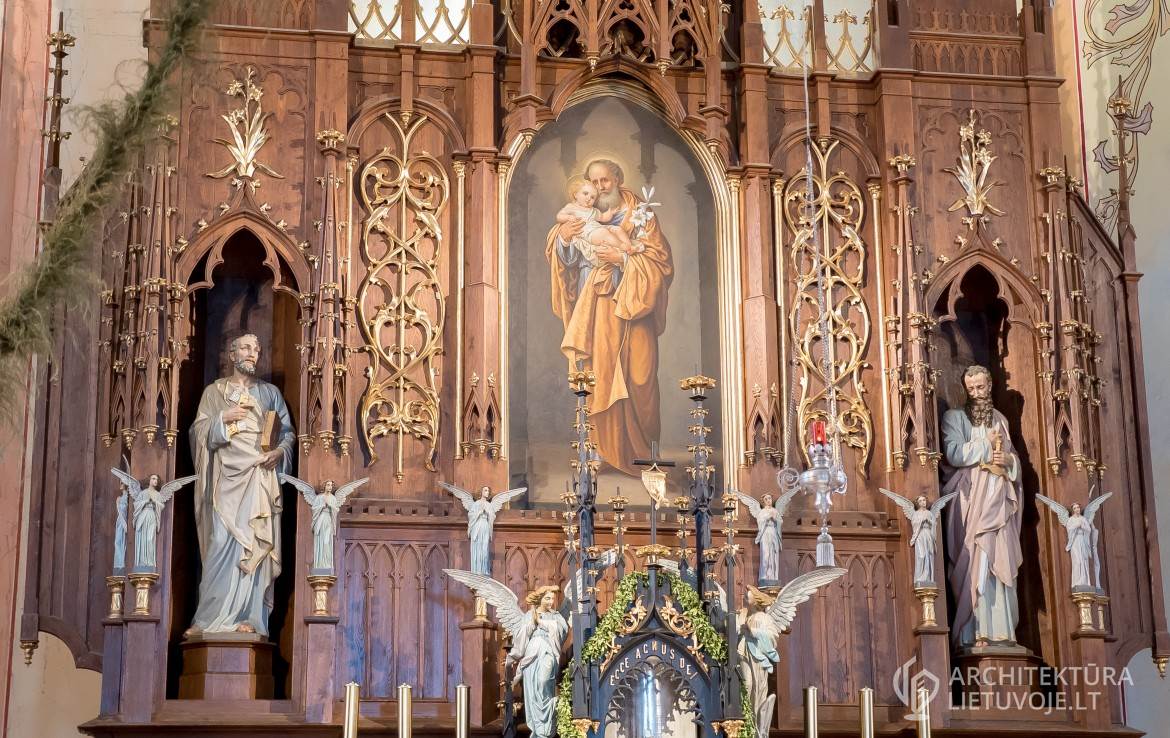 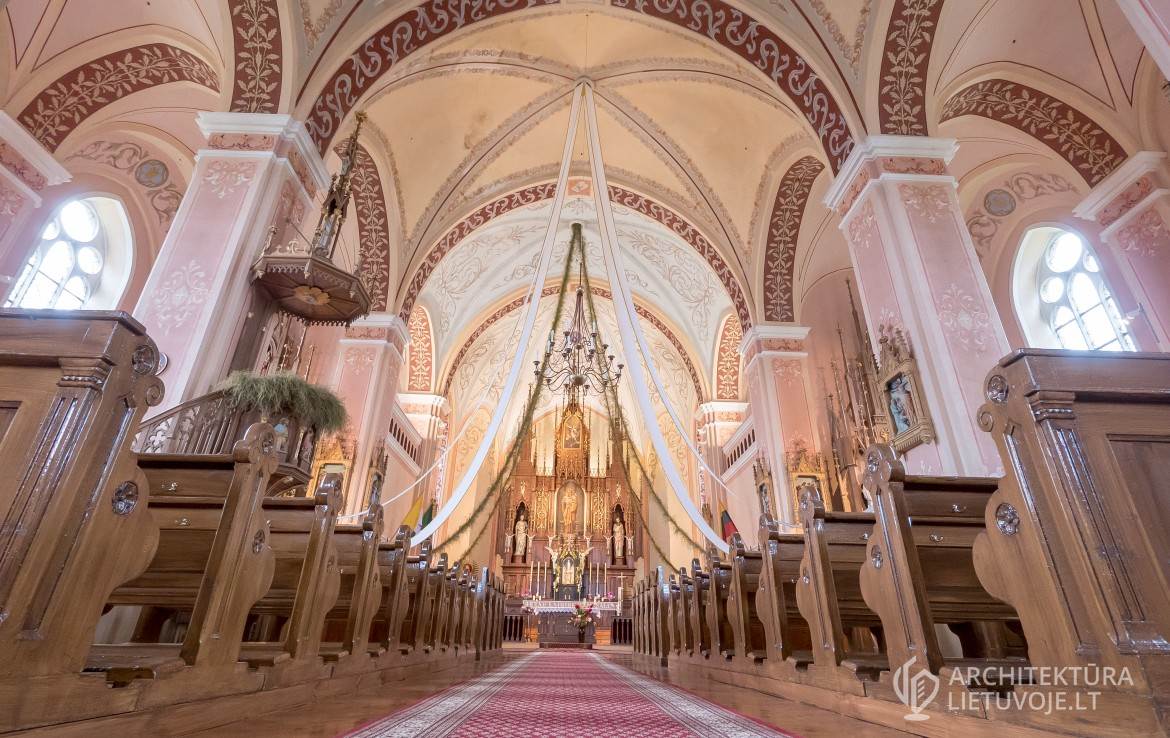 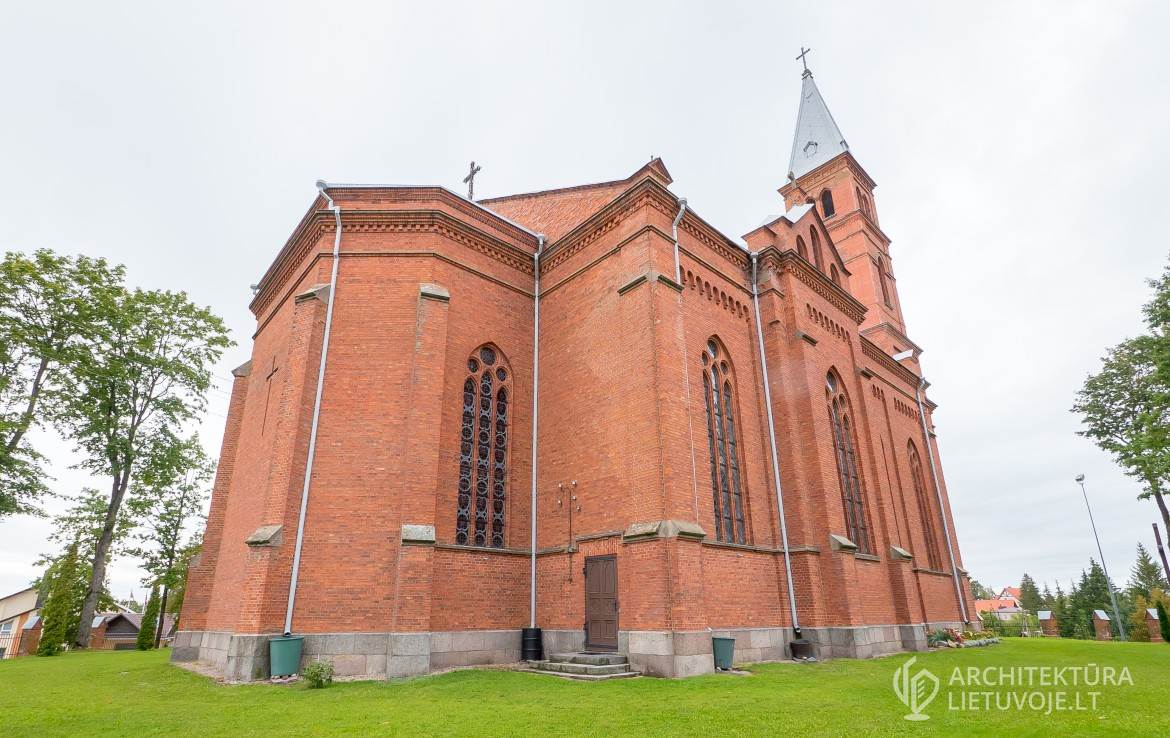 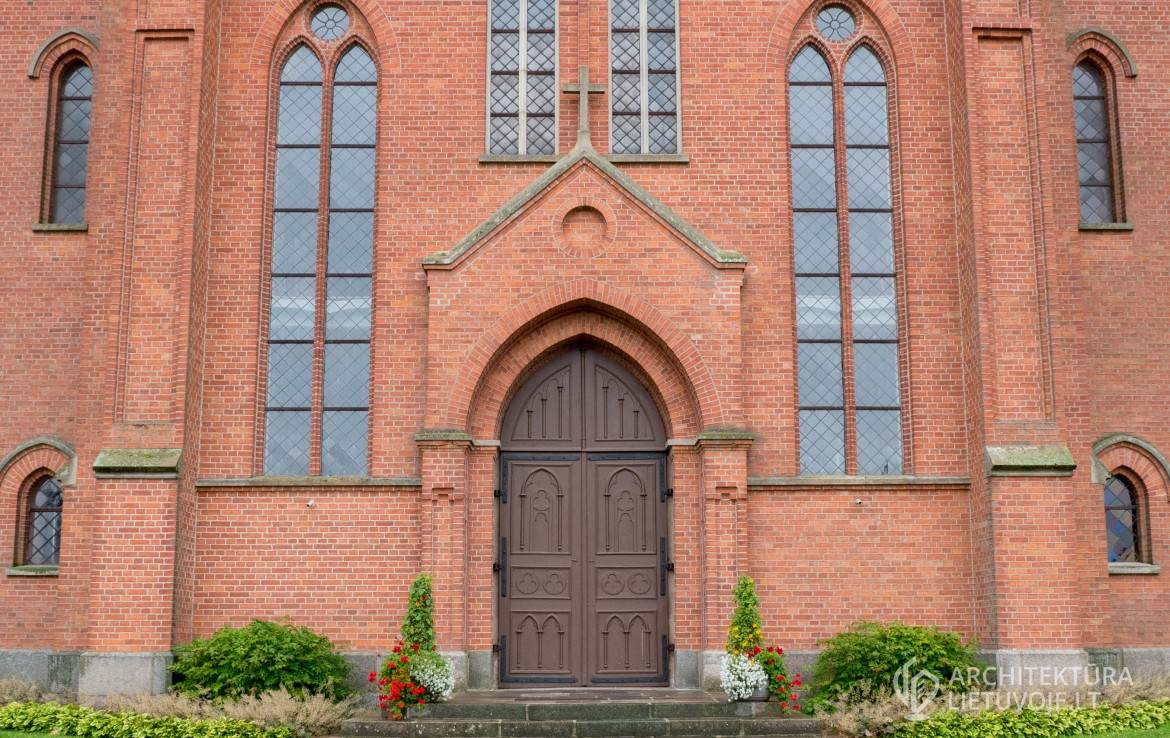 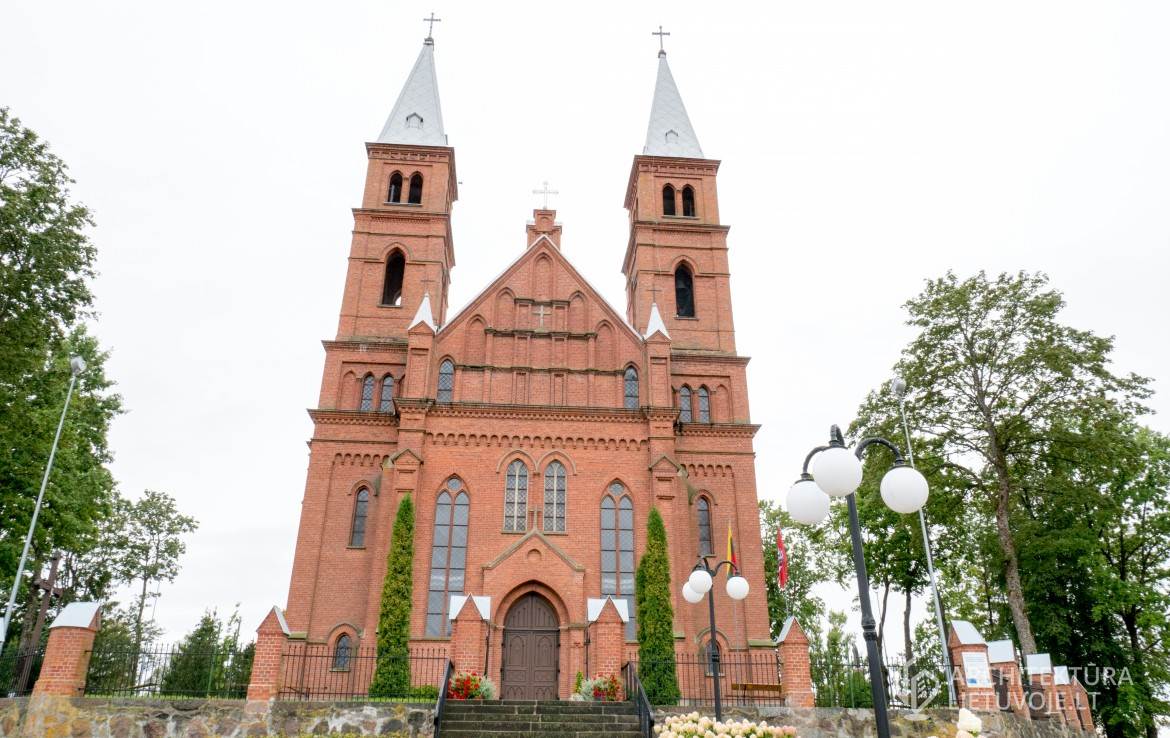 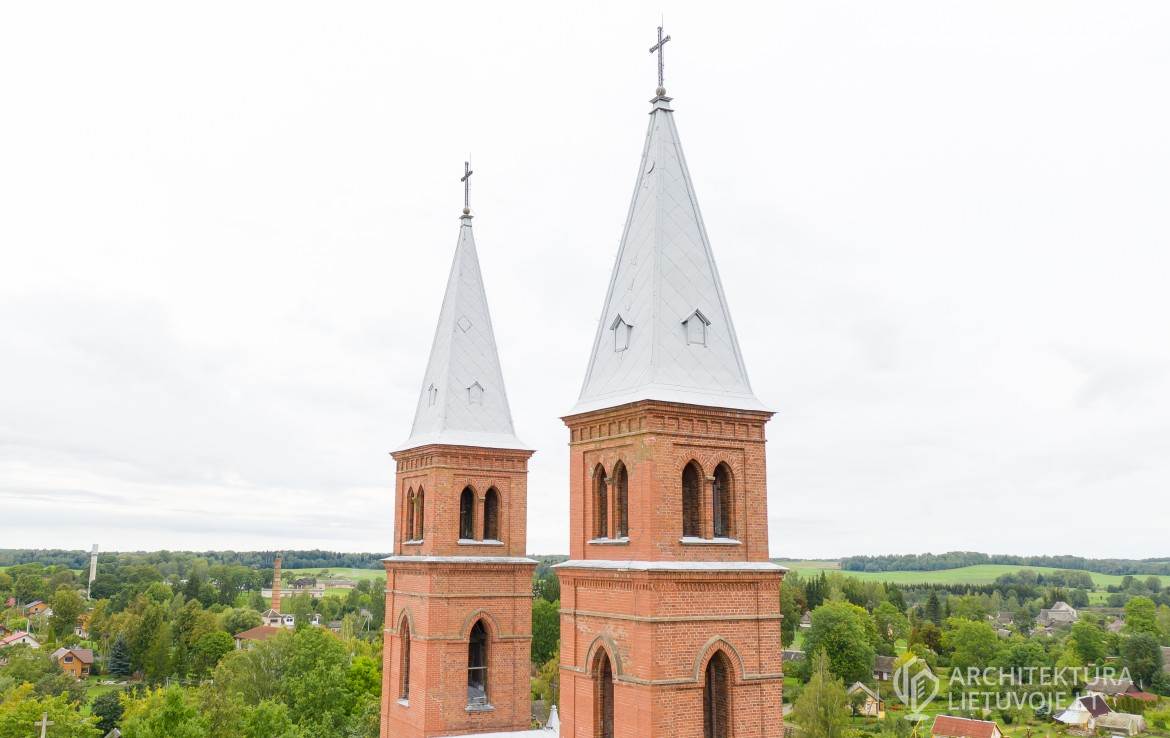 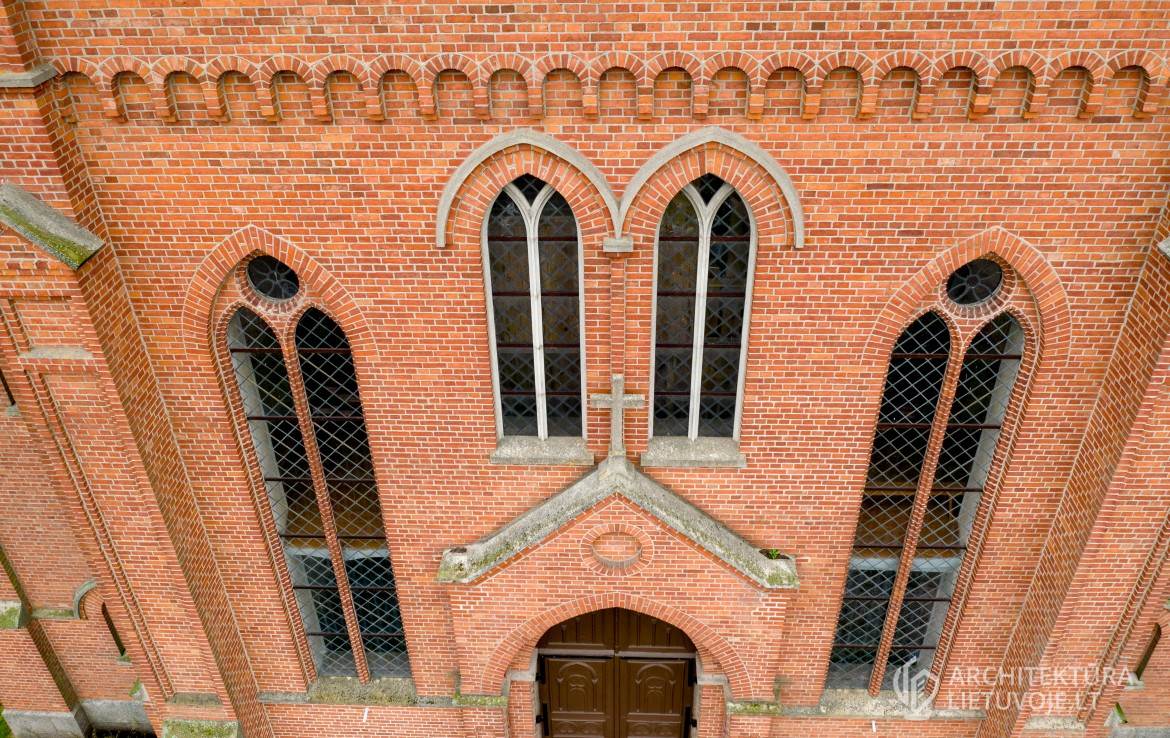 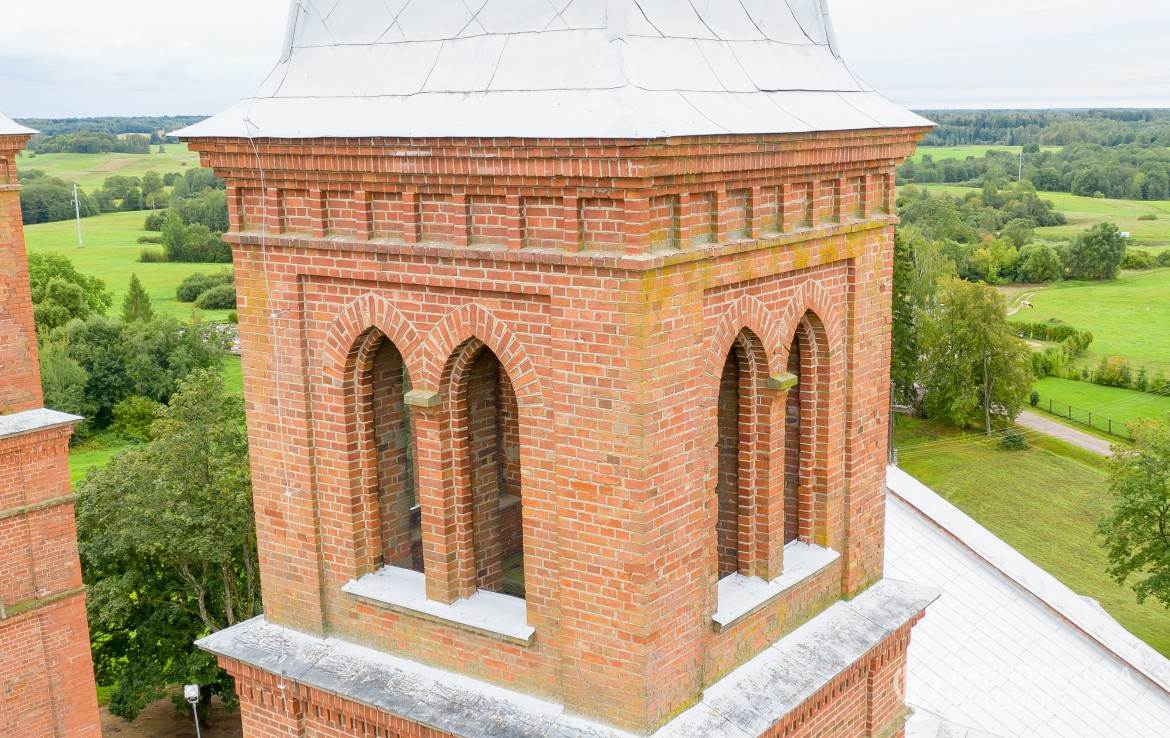 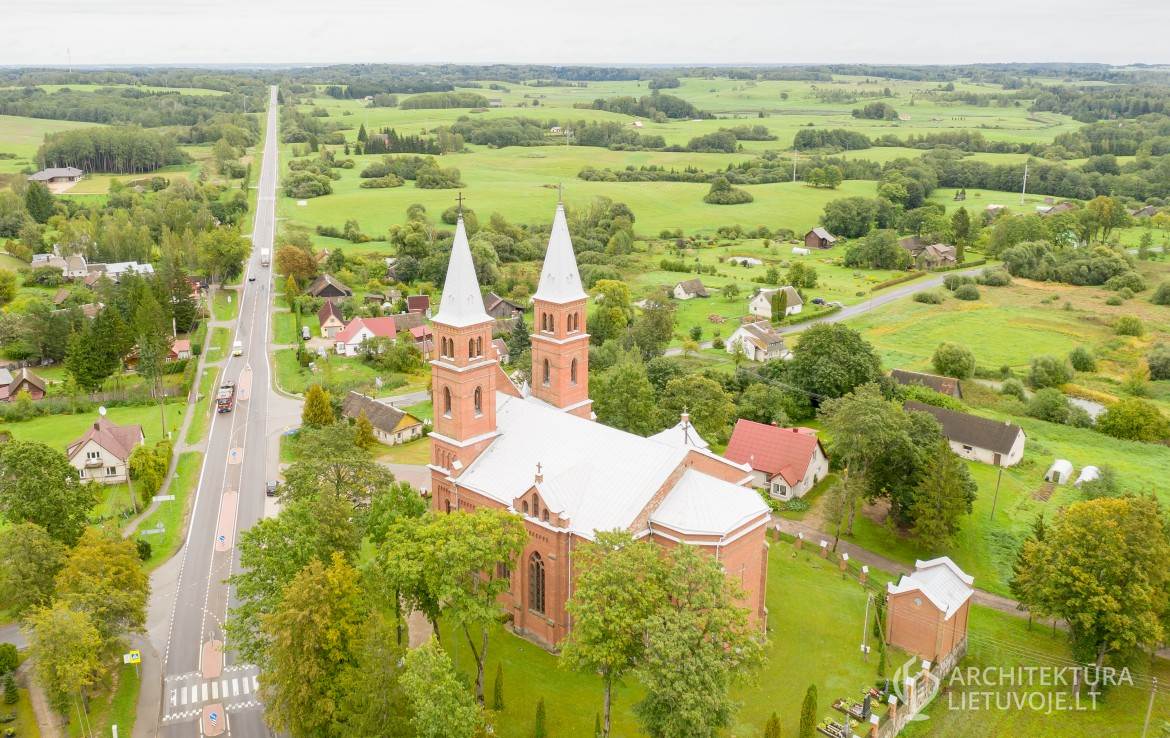 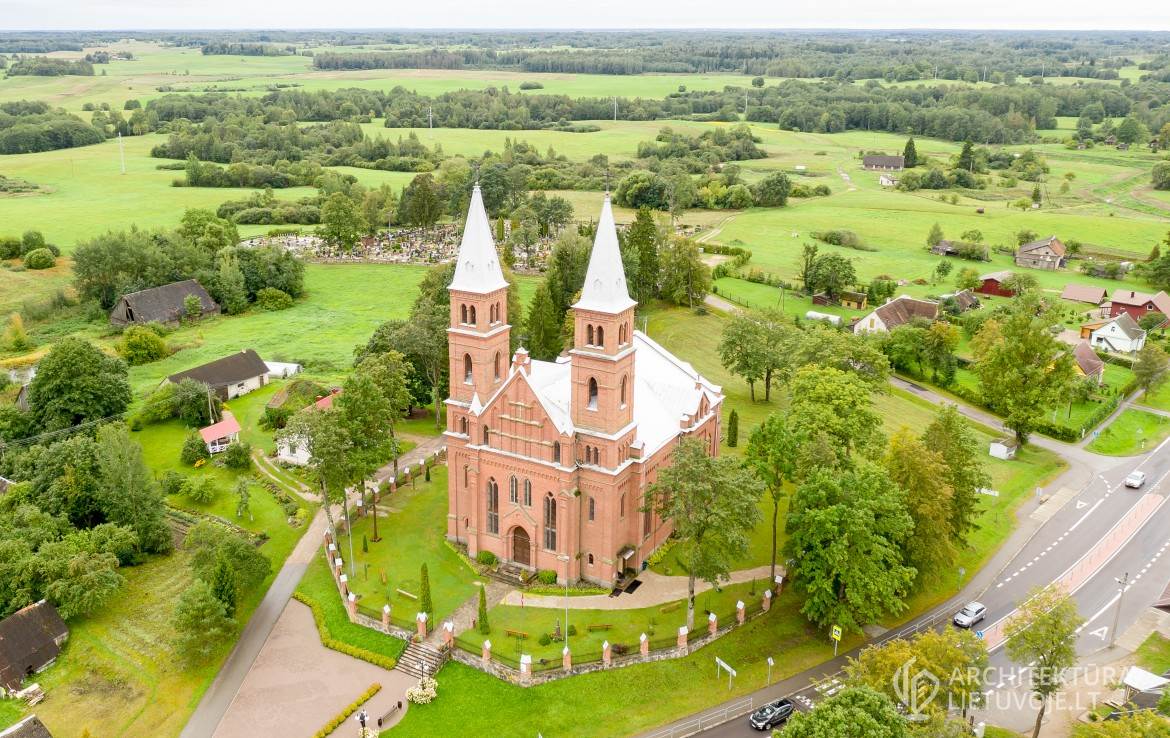 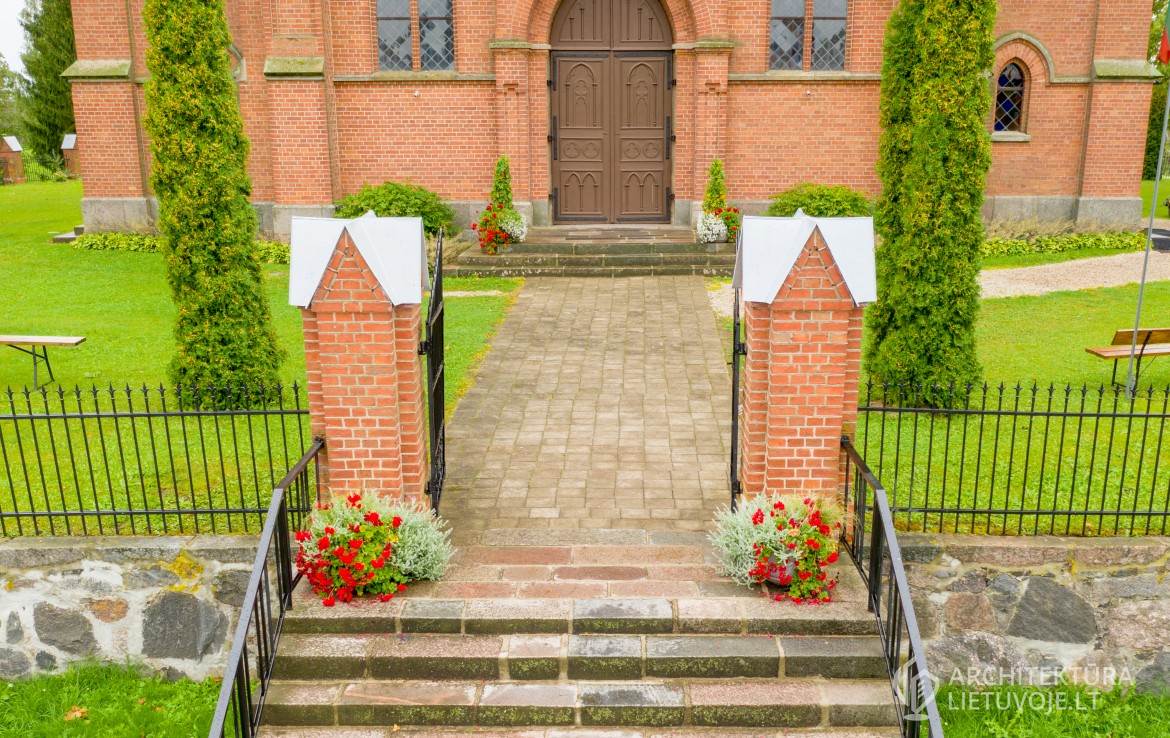