On the initiative of the priest Antanas Kruševskis, between 1806 and 1821, in Leipalingis, a new church was bricked out, attributed to the stylistics of late Classicism. This is an example of a church without a portal and without towers, rectangular in plan, taken over from early Classicism. All inside spaces of the church are integrated into a uniform, massive volume. Much later, in the late 19th century, in the corner of the churchyard, a belfry of matched to church’s architecture forms was built. The main facade is divided into five parts by six smooth pilasters: the planes between them are divided with grooves, thus even more highlighting the horizontality, accentuated by great width of the church. A modest portal with a small triangular pediment is installed in the middle plane; on the top, the facade composition ends with a massive triangular pediment, with added variety on the upper part by a wall of broken forms, “holding” a small tower on both sides.

The side and the rear facades are much more modest: there are no grooves, while the windows set up on the sides and giving light to the main inside space of the church are larger, of different shape and set up lower than on the main facade. On the rear facade, which is divided into four parts, the windows are leavened with quite simple-shaped window trimmings. The interior space is divided by the pilasters of Ionic Order, which are inter-connected by arches and they hold a large band of the entablature. Two columns of the same Order are separating on the edges the presbytery part and the nave; meanwhile the columns holding the organ choir – Doric ones. The contrast between the central and side naves is quite interesting: although there is no decor in the naves, the cross vaults are used here. The presbytery is surrounded by the sacristy space on the right, while on the other side a chapel is installed, set up on the nave axis. 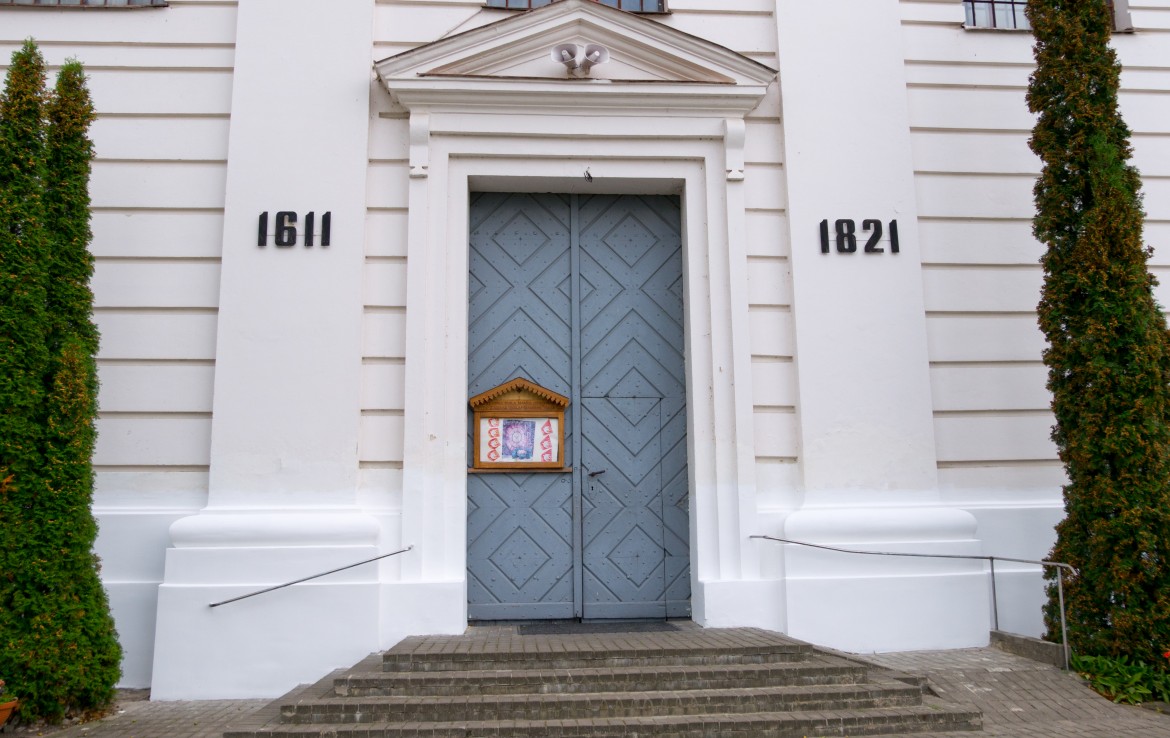 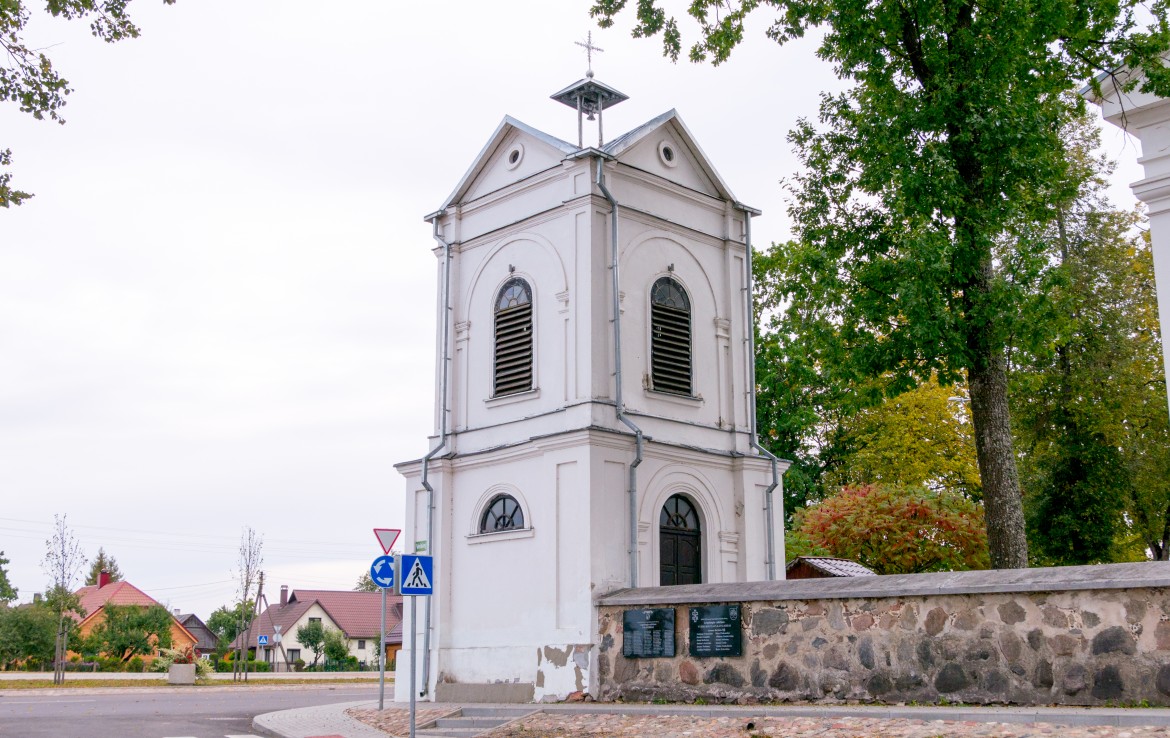 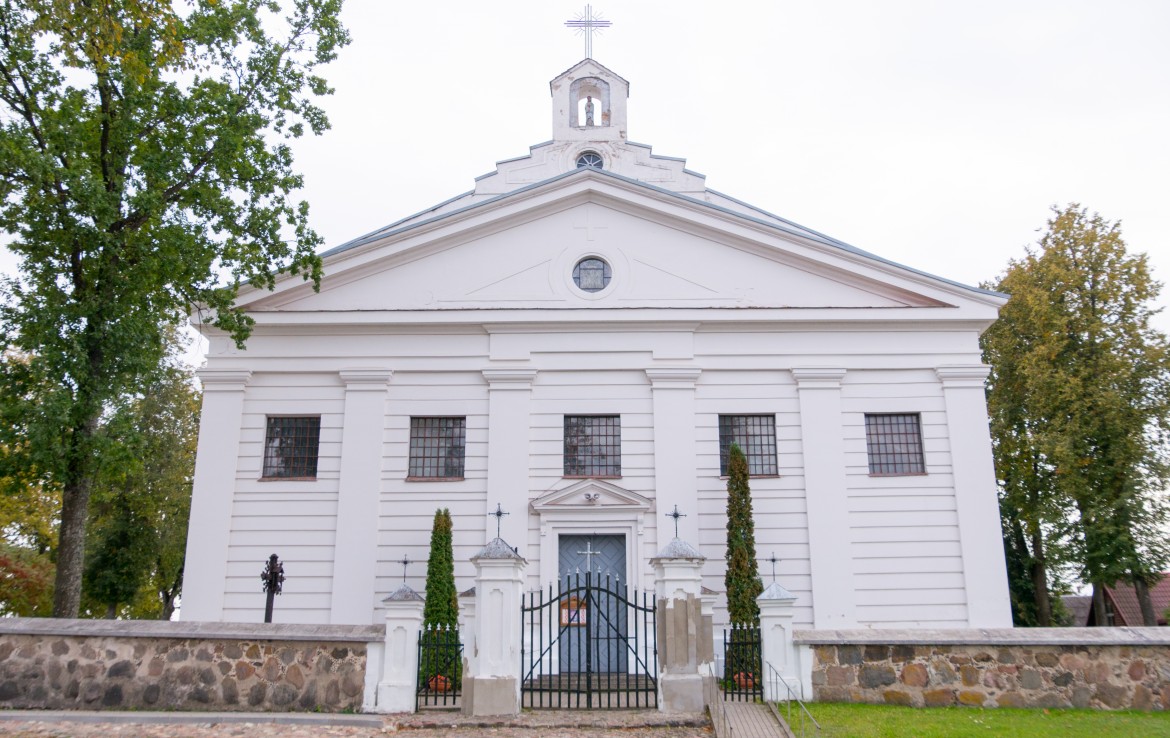 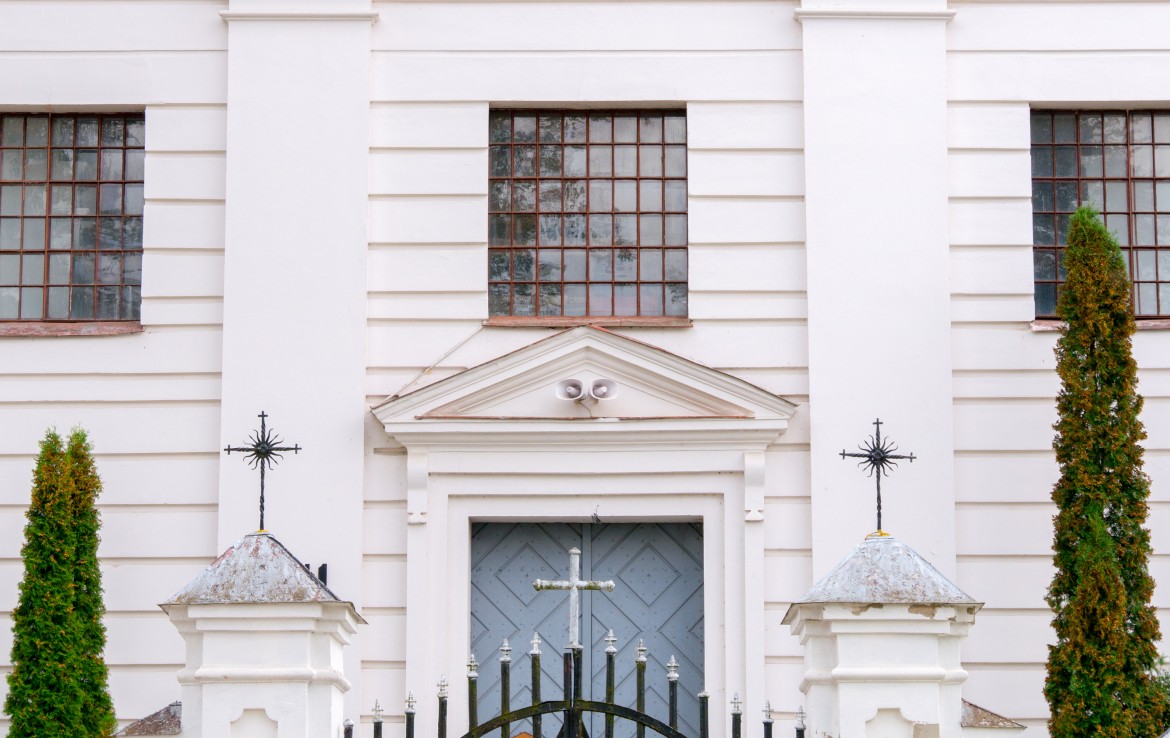 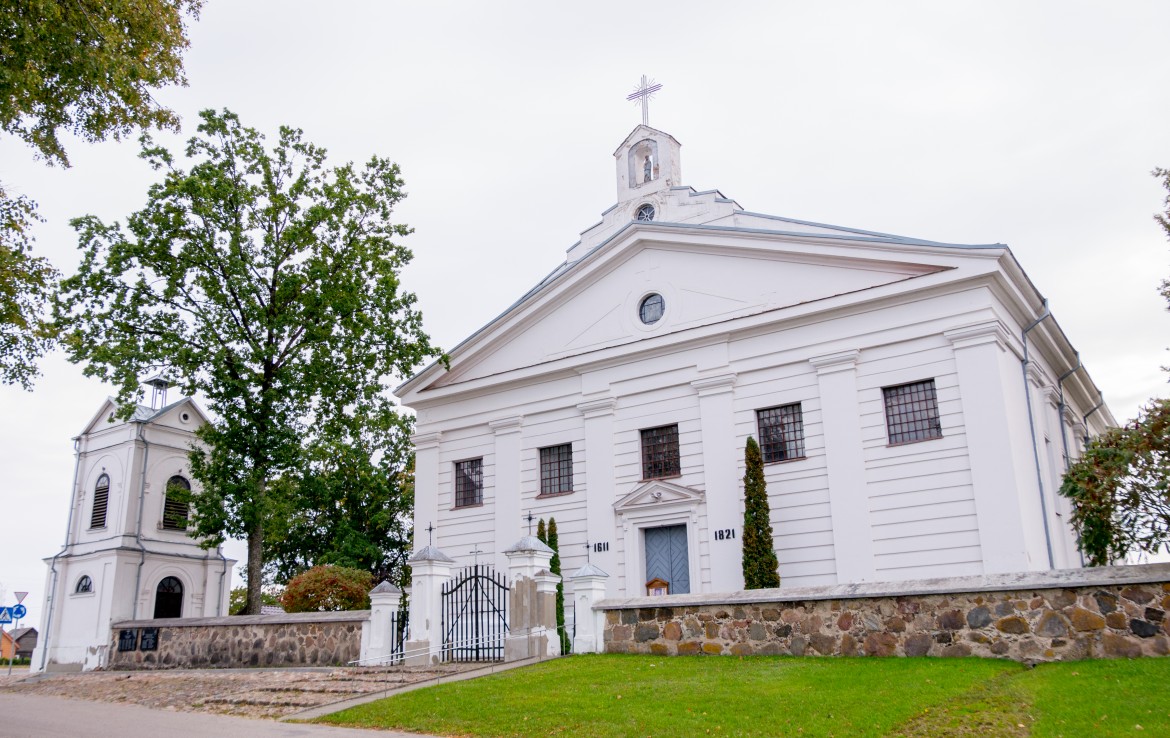 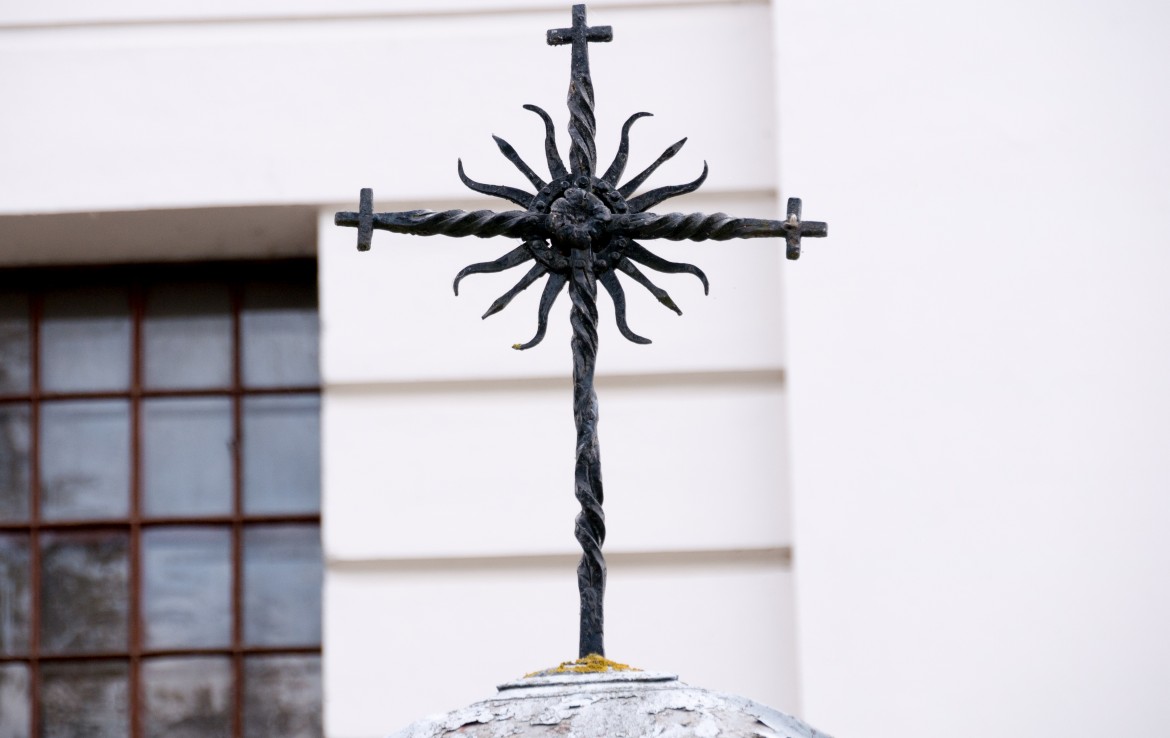 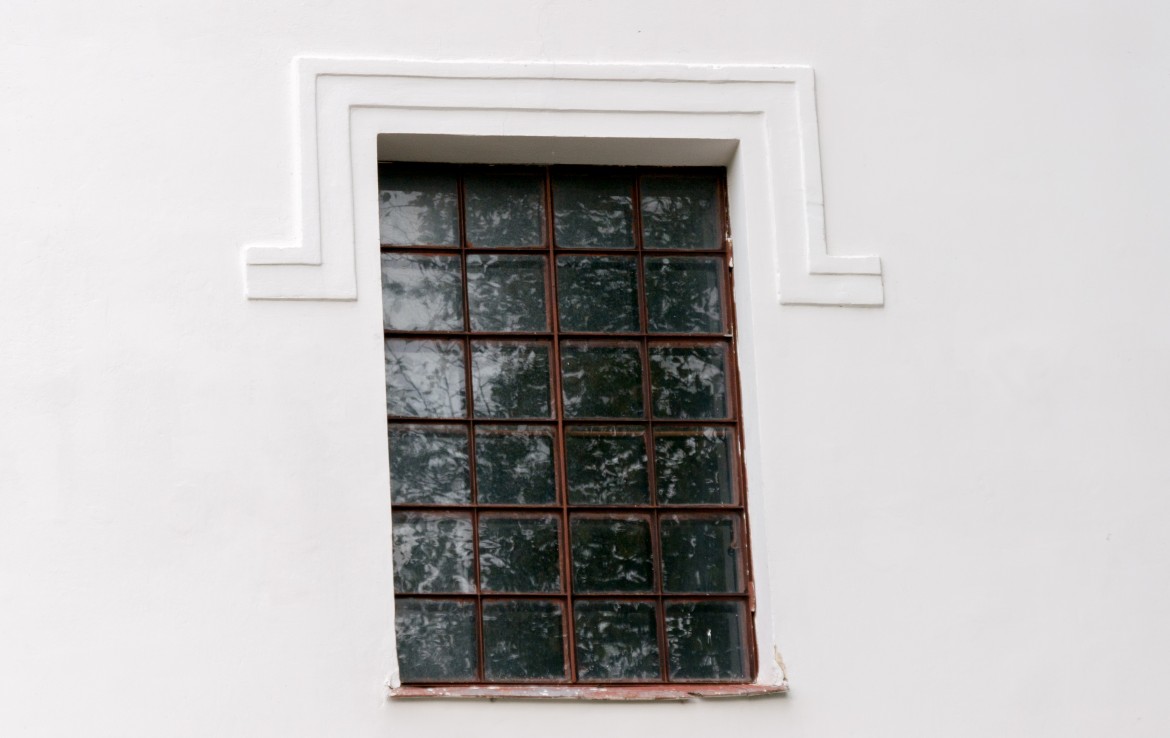 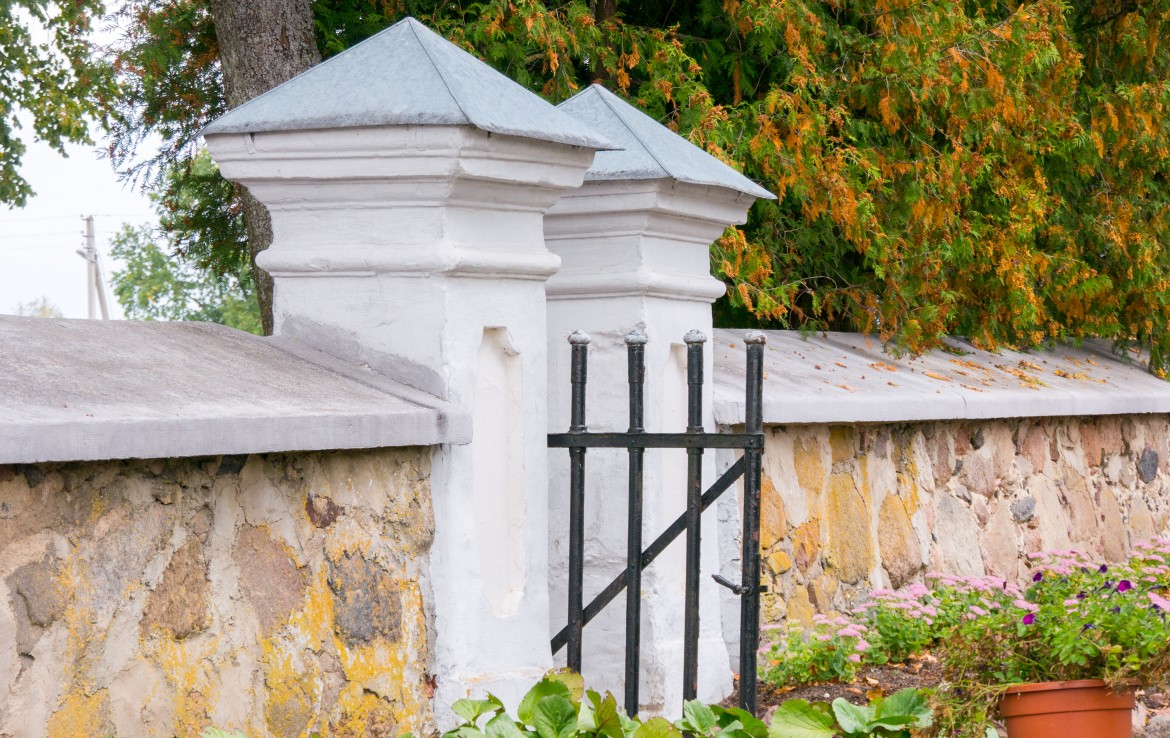 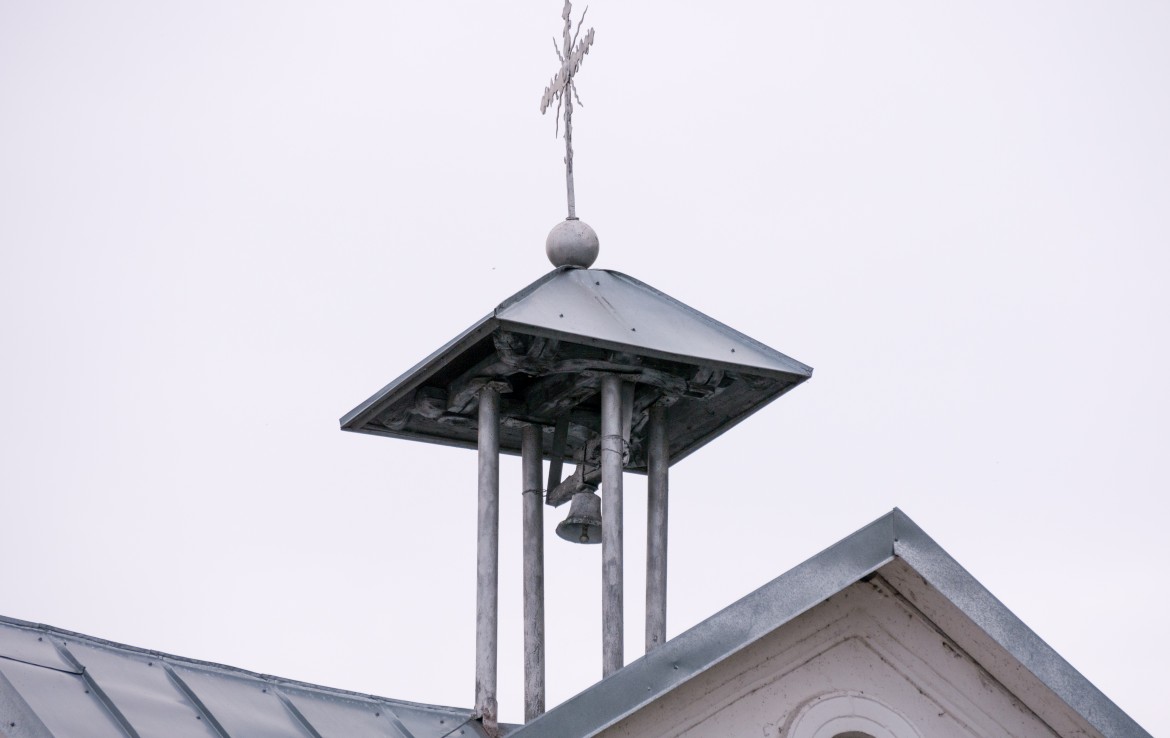 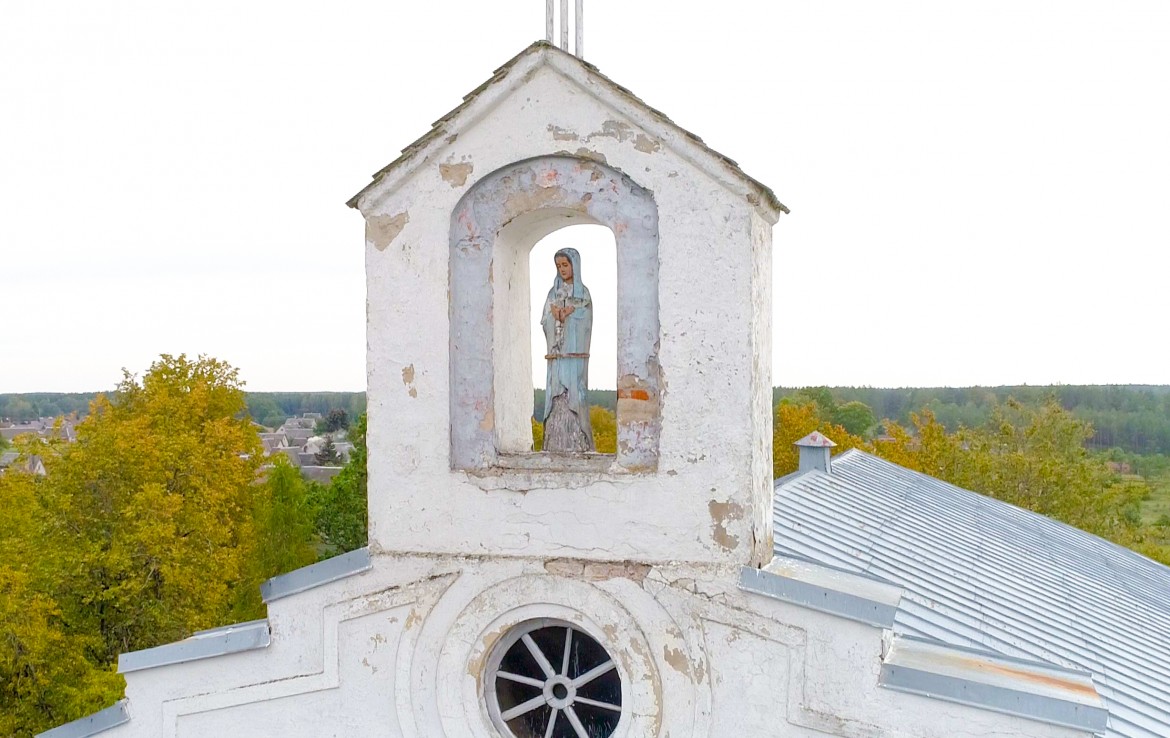 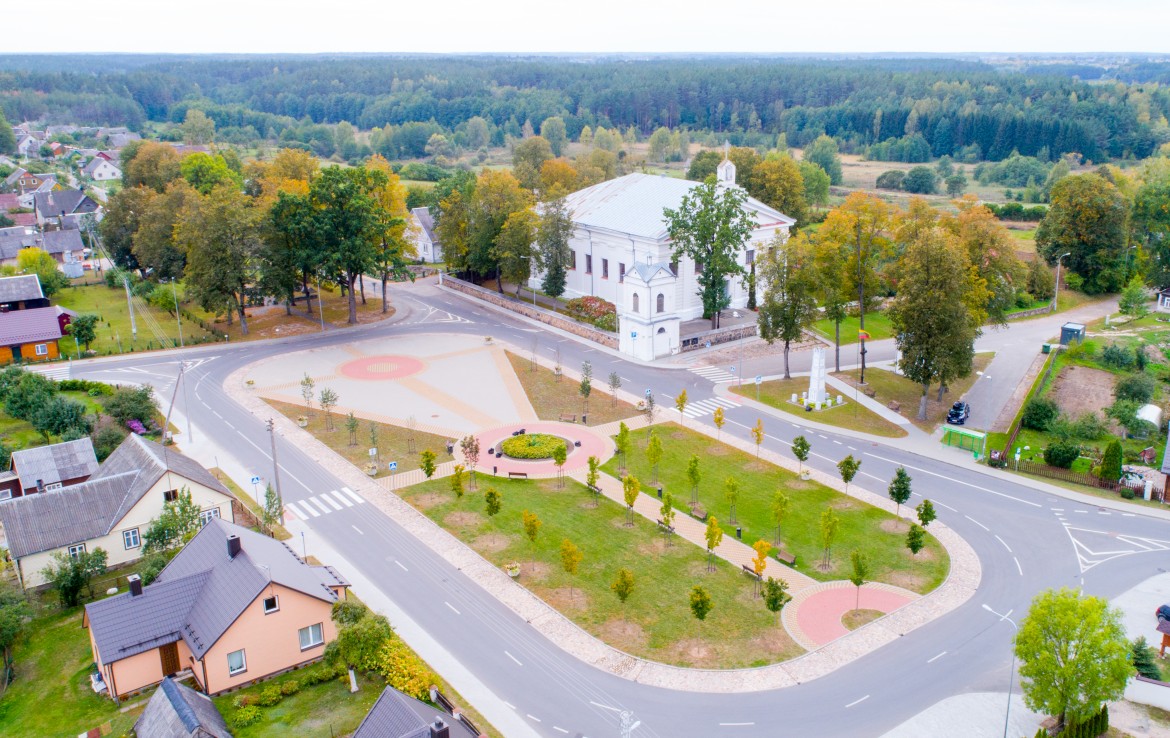 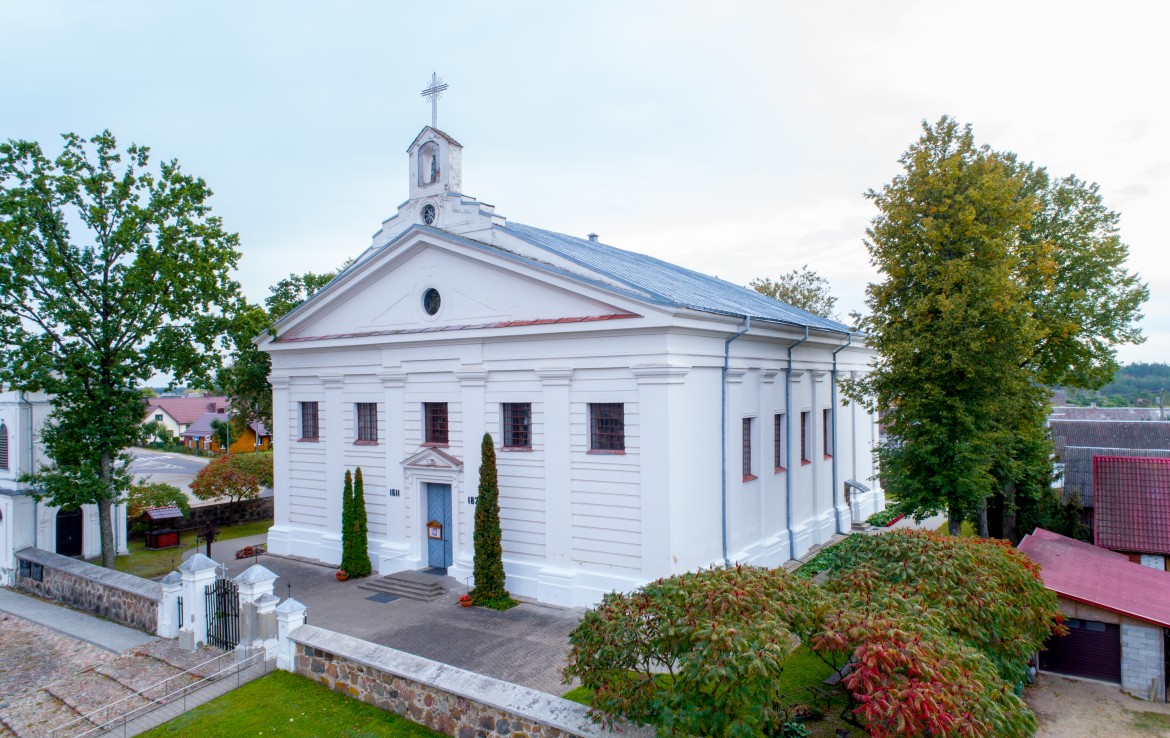 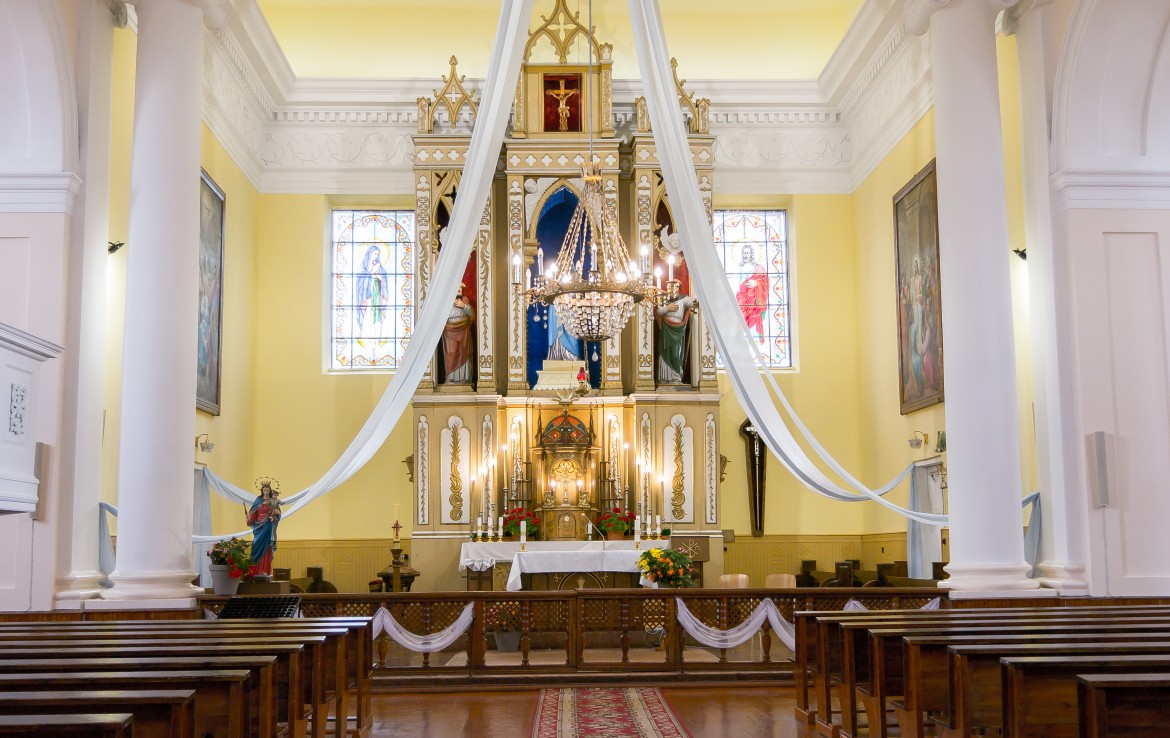 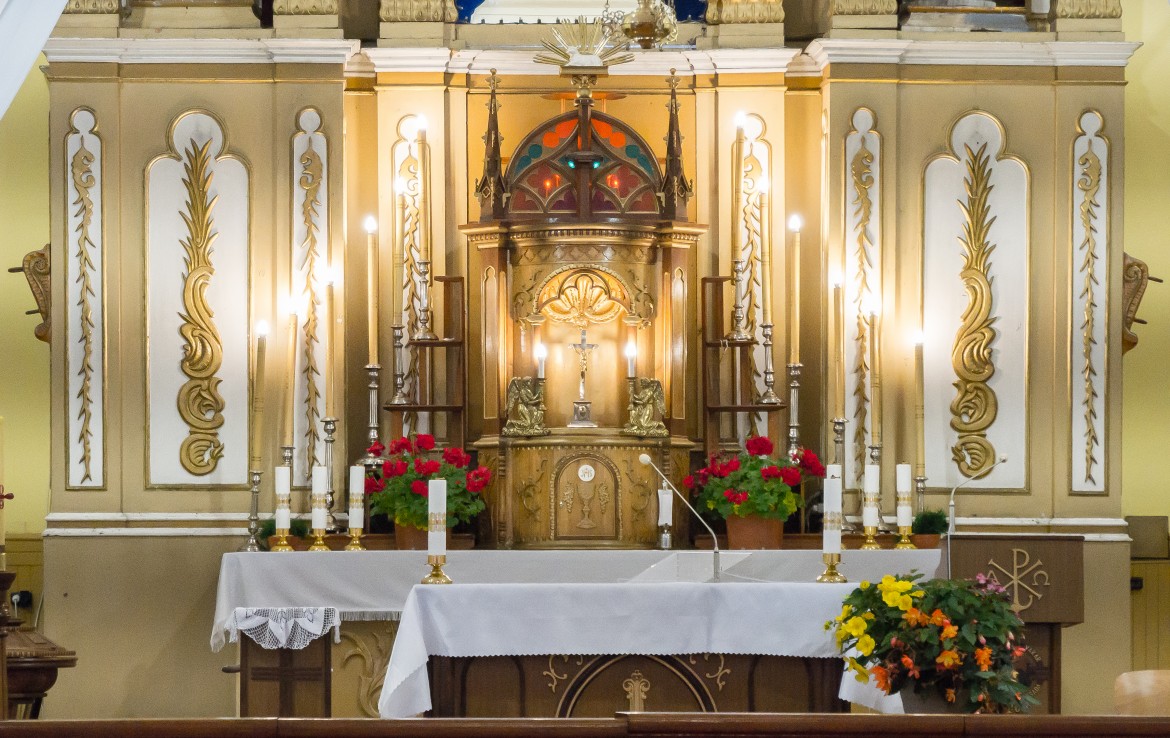 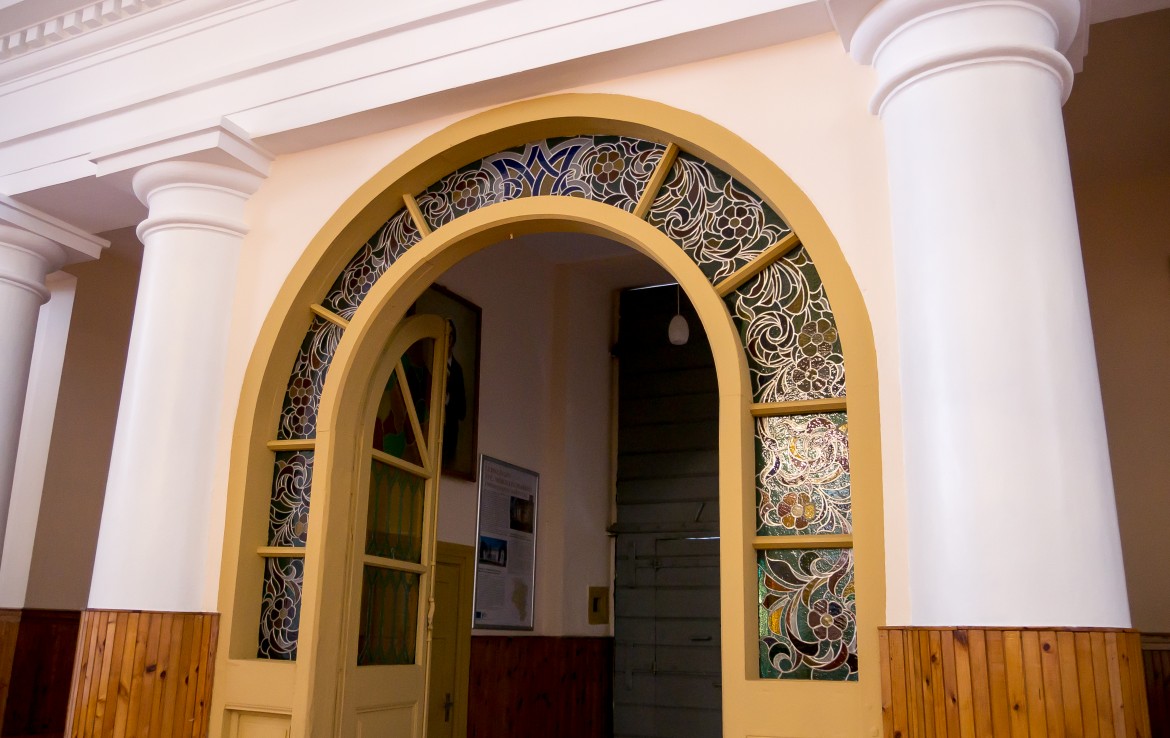 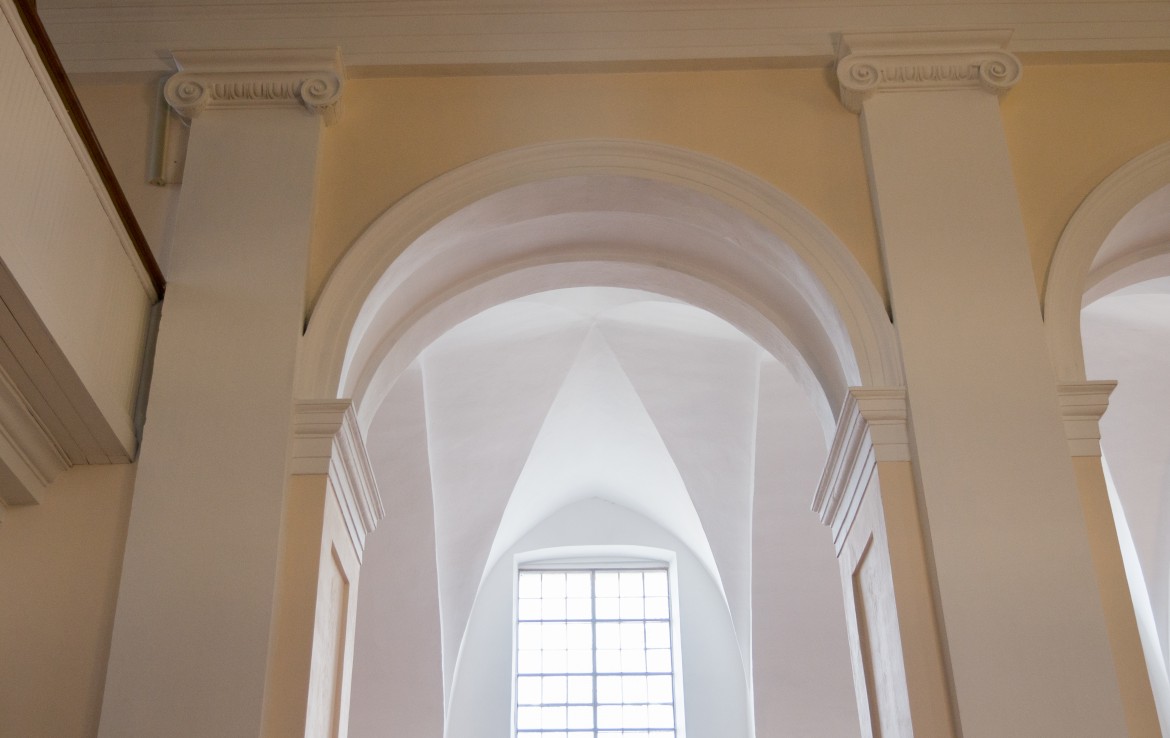 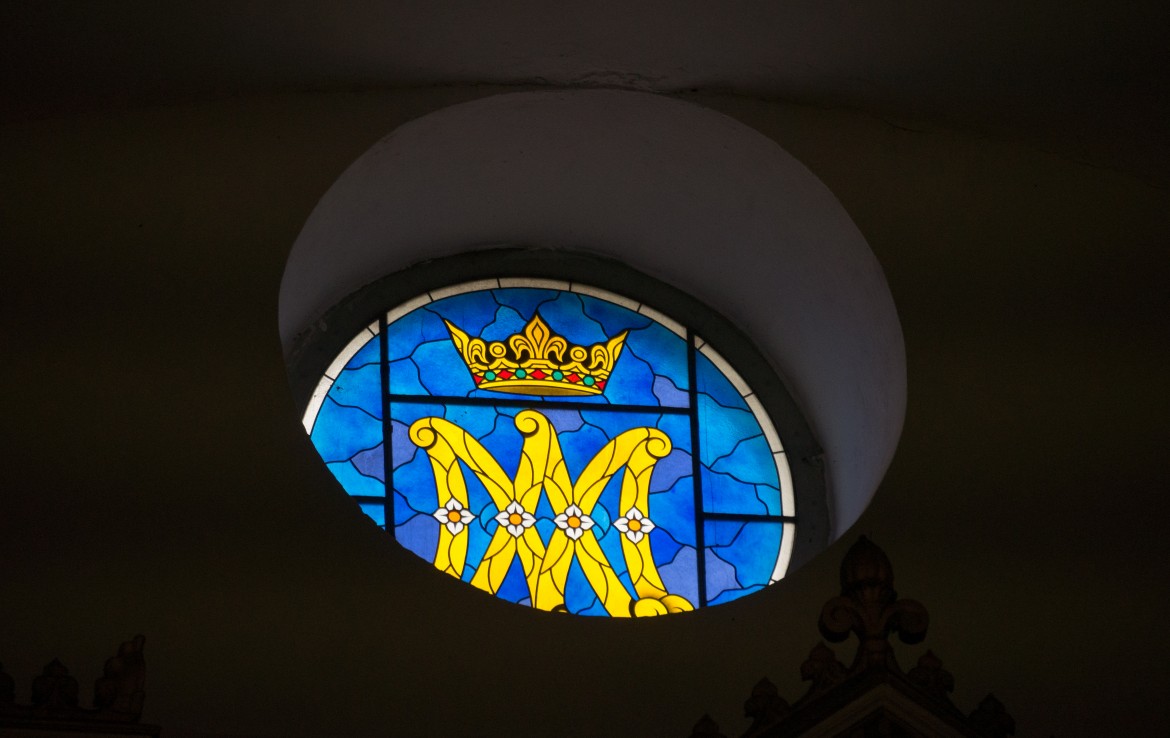 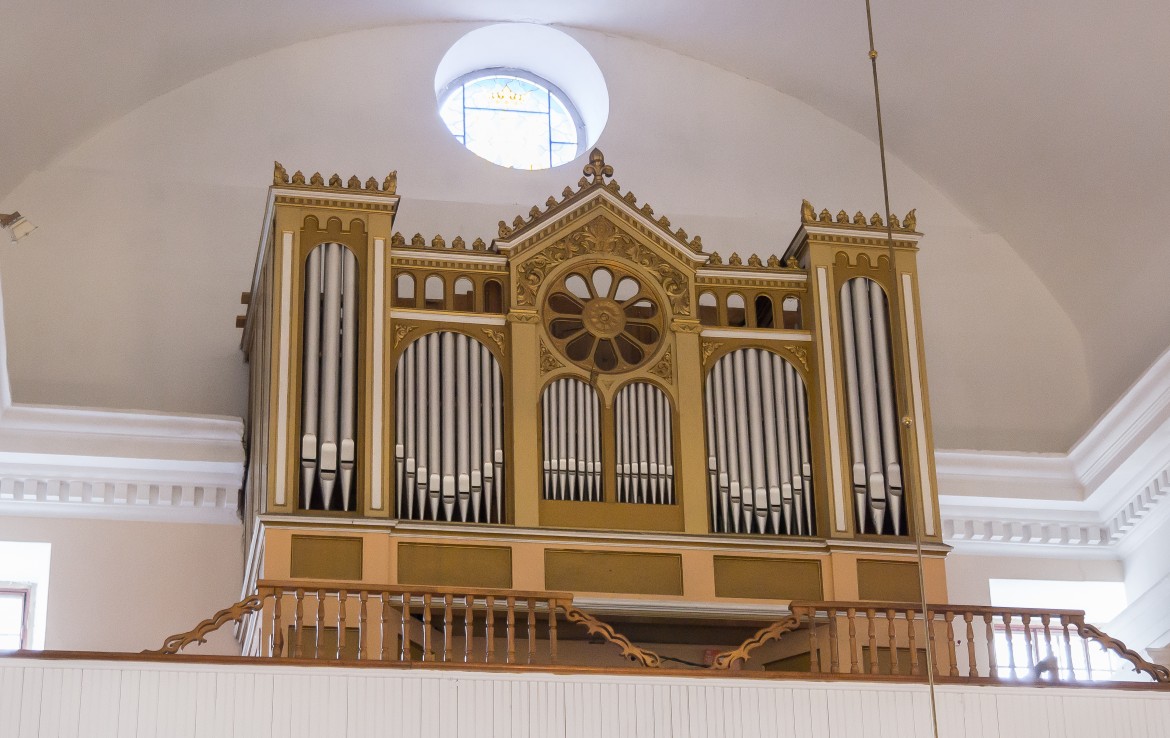 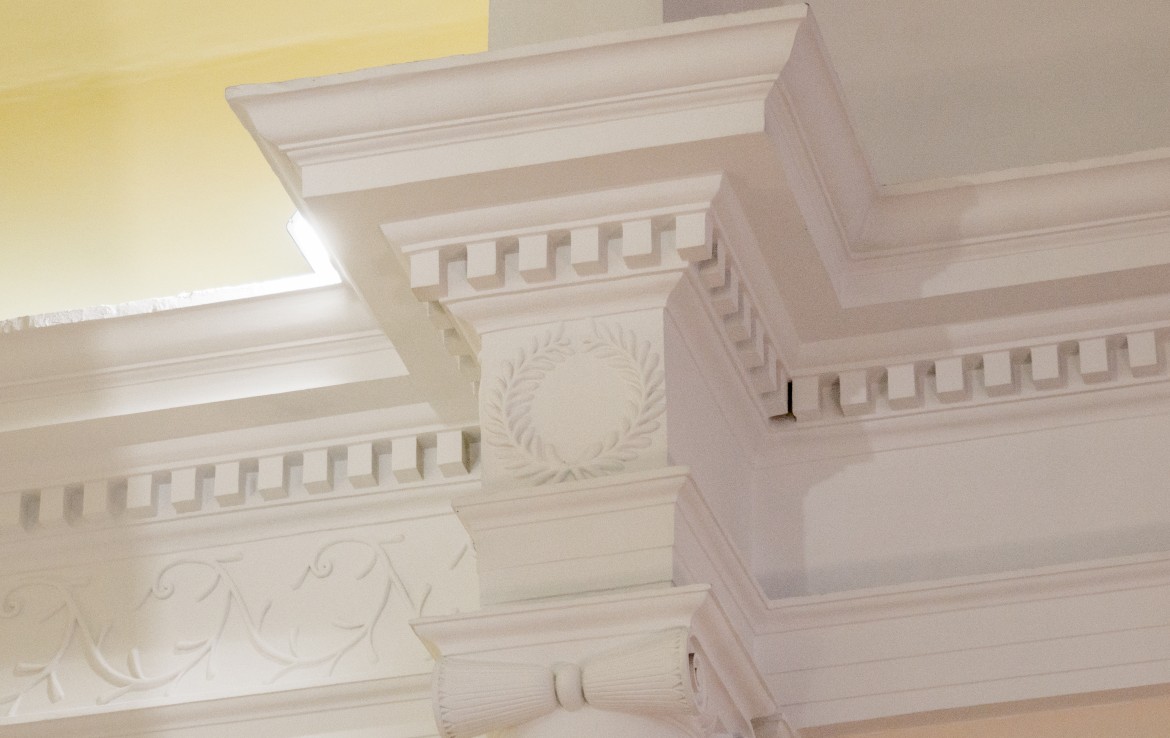