Donelaitis Street can boast of a great number of public buildings marking the significant moments of the interwar Lithuania. We can find externally quite modest building here as well, to which the flow of history granted a role that wasn’t so modest. Lithuanian higher education was born here: Higher Courses were established here in 1919, and in 1922 – the University of Lithuania, the future Vytautas Magnus University. It served as the central palace of the university up until its decomposition in the post-war period; however, the educational function remained: the building still belongs to one of the successors of the old alma mater traditions, Kaunas University of Technologies. The old grand hall is still used as the most important representative room of the high school.

The building has appeared before the World War I: the palace of the Commerce School was built in 1912-1914 on the initiative of the city board. According to the professor Nijolė Lukšionytė, who has studied the building, although the building was constructed according to the project of the Junior Engineer of Kaunas Governorate, Aleksiej Skrynikov, he could also use the drawings prepared earlier by Nikolaj Malein from St. Petersburg as well as well-known K. E. Strandmann. The building situated at the corner of the streets is an example of the slightly modernised neo-Classicism which spread in the Russian Empire in the beginning of the century. Even though triangular cornices were used in the décor of the building, planes with the elements of plant décor as well as the frieze, pilasters emphasising the lateral parts of the façade with the Ionic semi-pilasters in the middle of them are incorporated under the windows of the second floor. The interior plan of the building is reflected on its exterior as well – the great hall is set up behind the three massive windows in the avant-corps situated from the side of A. Mickevičius Str. The stylistic eclecticism which was popular in the beginning of the century is somewhat reflected in the front doors, the division of which is close to the Art Nouveau features, which during this period were sometimes used to decorate the smaller functional parts of historic buildings or to create their interiors. The entrance is highlighted by the portal: two pairs of pilasters support the modest entablature which is diversified at the top by the elements of the moulding décor as well as the imitation of the balustrade of the modernised forms.

The spirit of the 20th century was hidden beneath the relatively historic forms: the building was one of the first ones, where the reinforced concrete structures were used in the city; many of the modern amenities in the context of that time were installed here as well. Entering through the main entrance we can see the parts of the painted décor of the vestibule, remaining especially decorative fences of the main stairs as well as the flooring. And yet, the most significant part of this building is the grand hall, covered by the reinforced concrete vault as well as surrounded by modest pilasters and the strip of the moulding décor. The decorated doors leading to the hall are exceptional. The function of the building has practically not changed over time, and the layout typical of the buildings of that type has remained. Since it used be the heart of Vytautas Magnus University of the interwar period, M. Songaila had prepared a project for the reconstruction of the building in 1928, characterised by much more impressive neo-Classicistic forms. And yet, remembering that the financial resources were quite limited, and the large building of the Institute of Chemistry and Physics of Vytautas Magnus University has been under construction for a very long time, it should come as no surprise that the new “outfit” of the palace was not implemented. 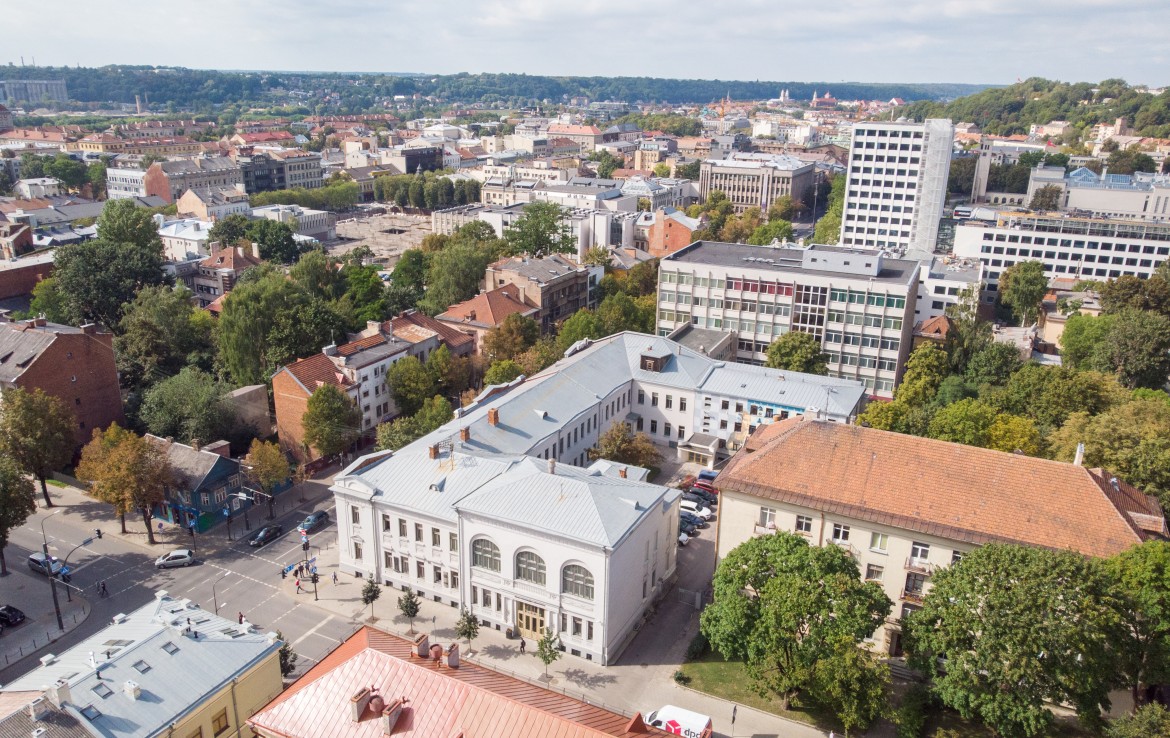 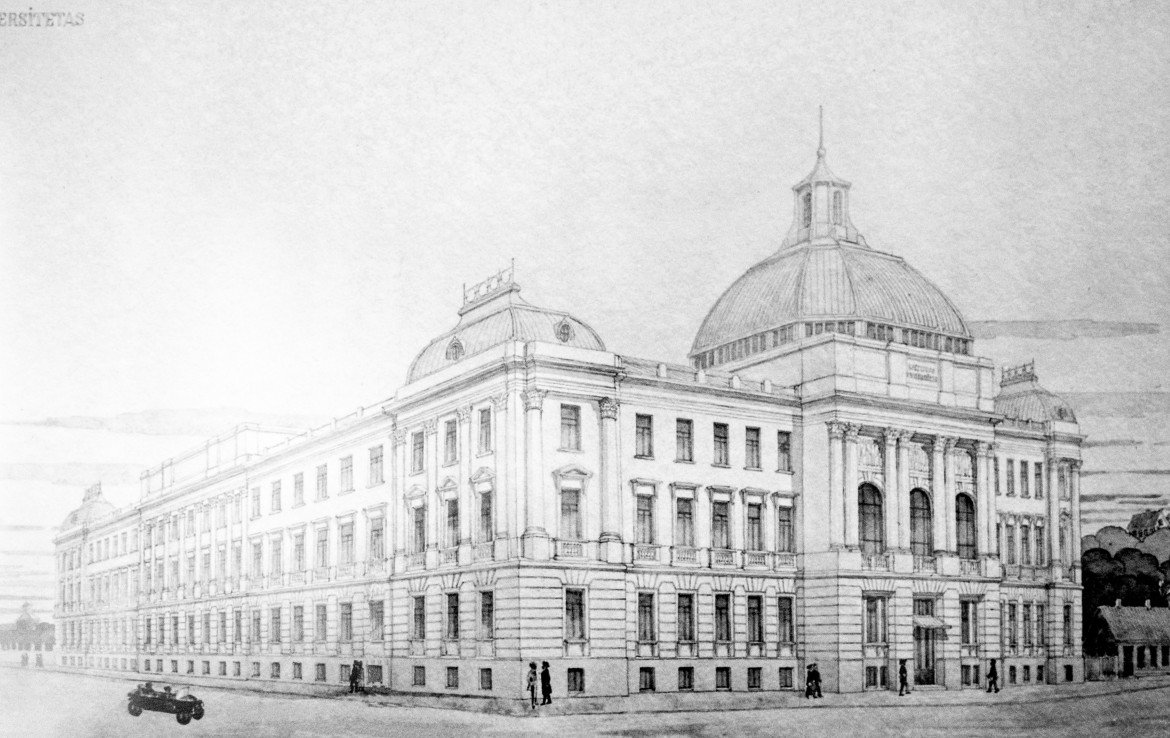 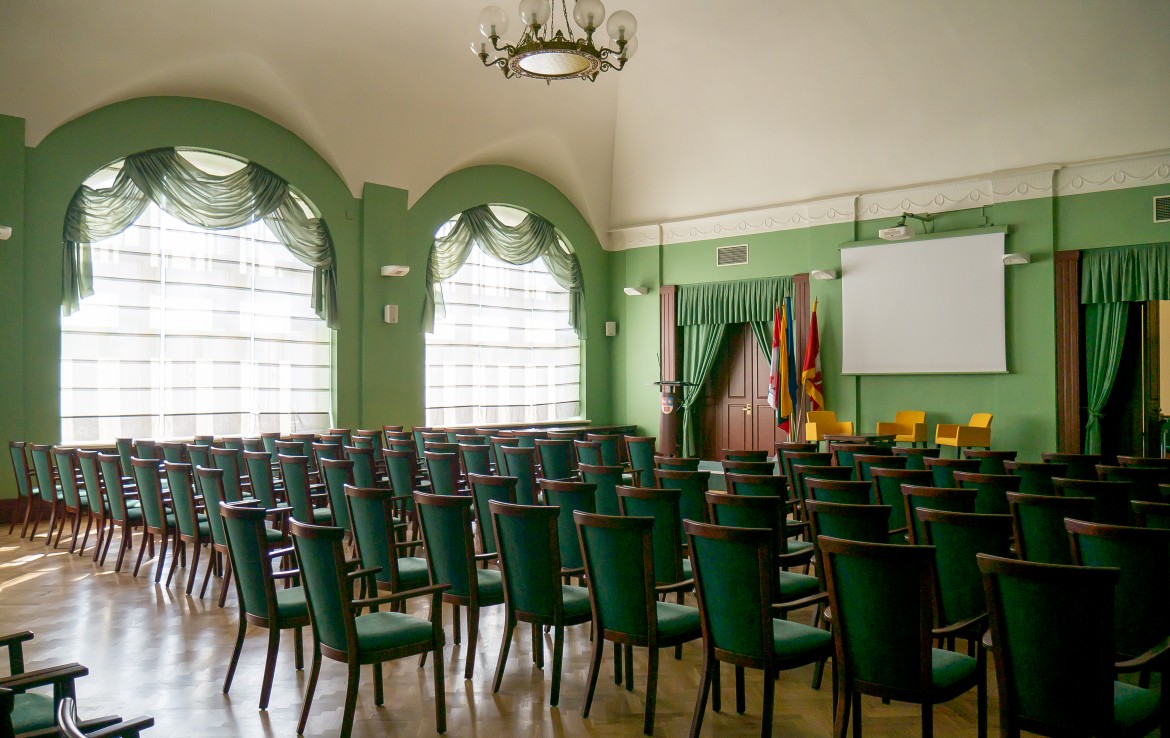 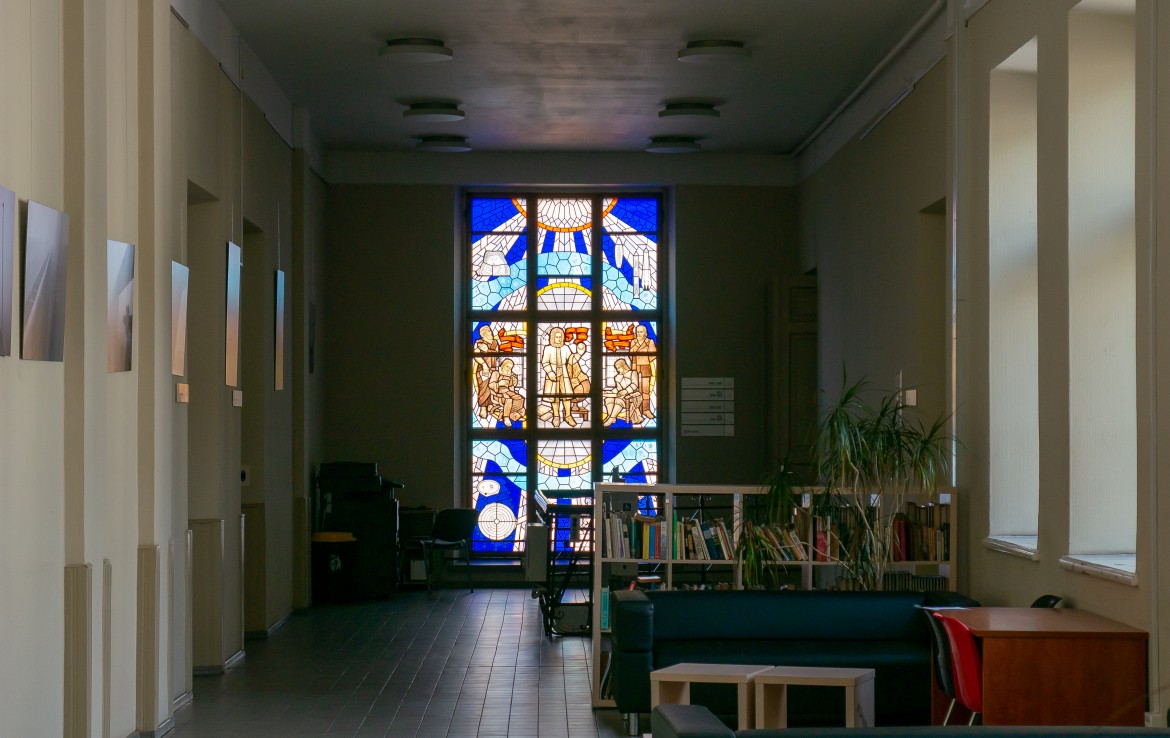 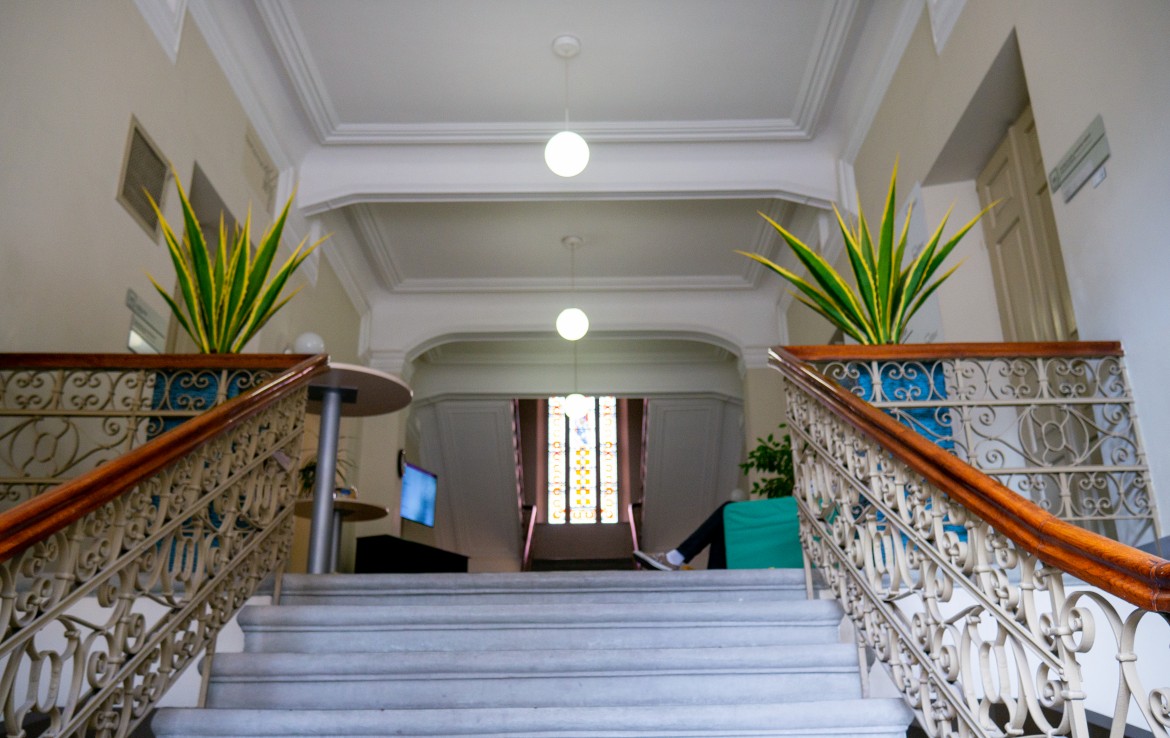 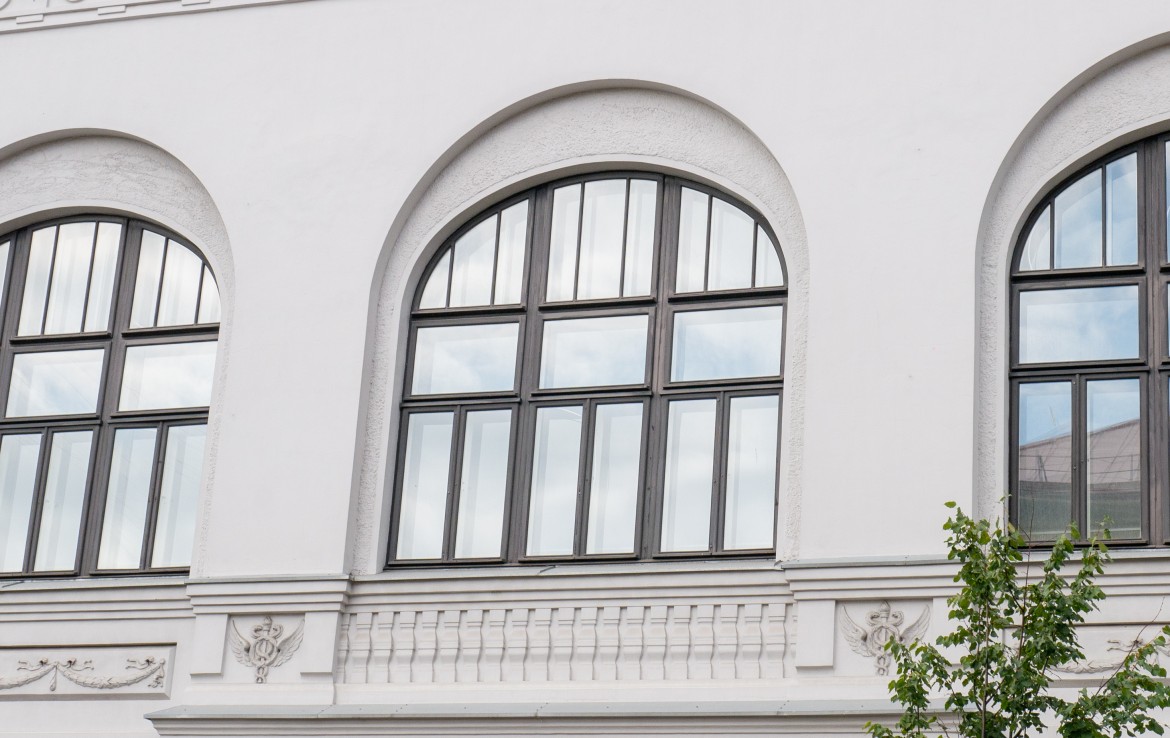 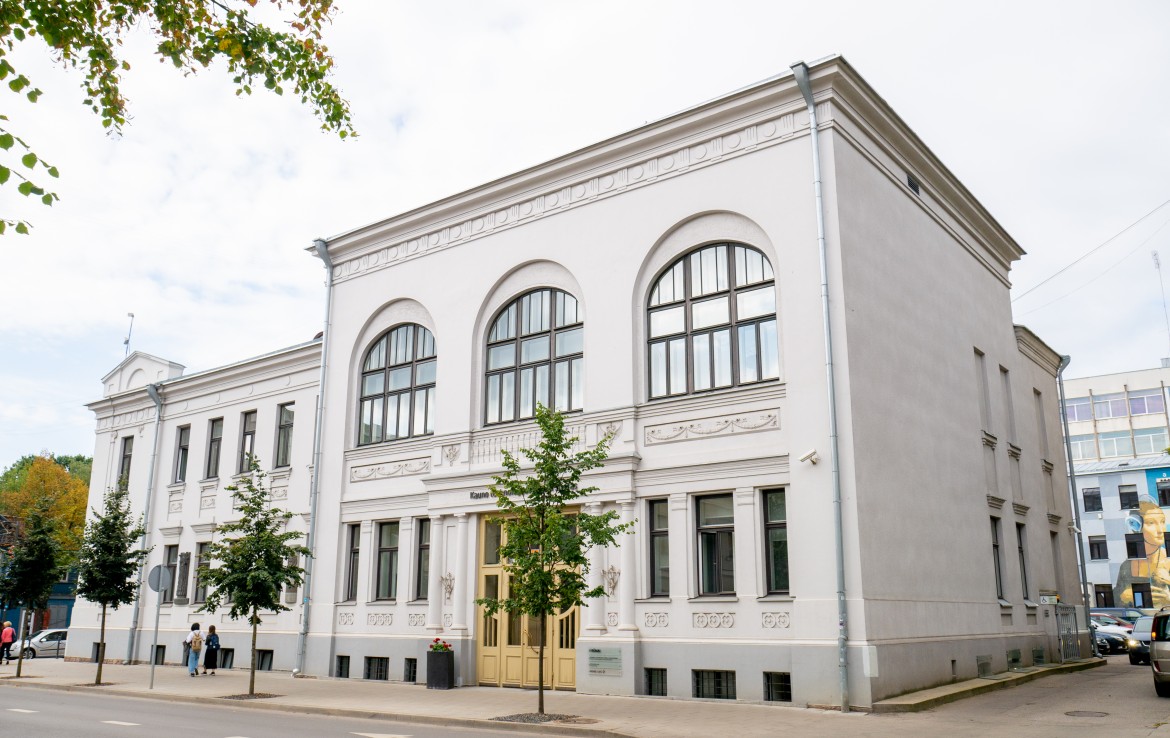 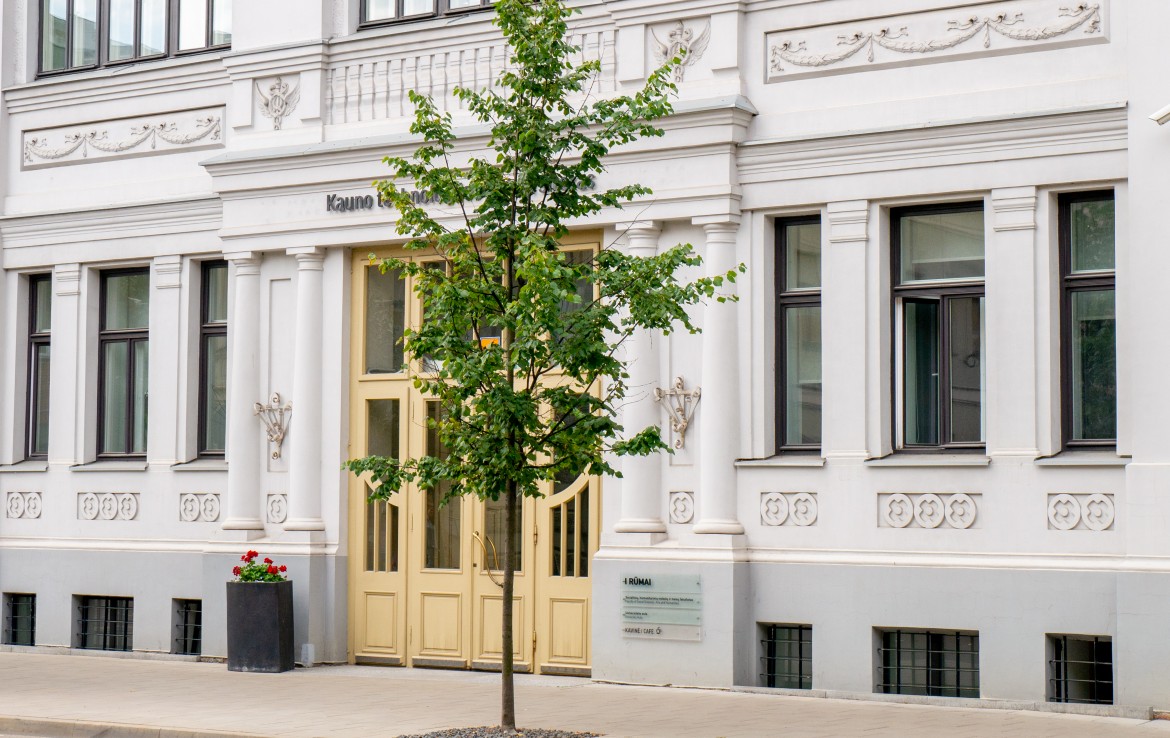 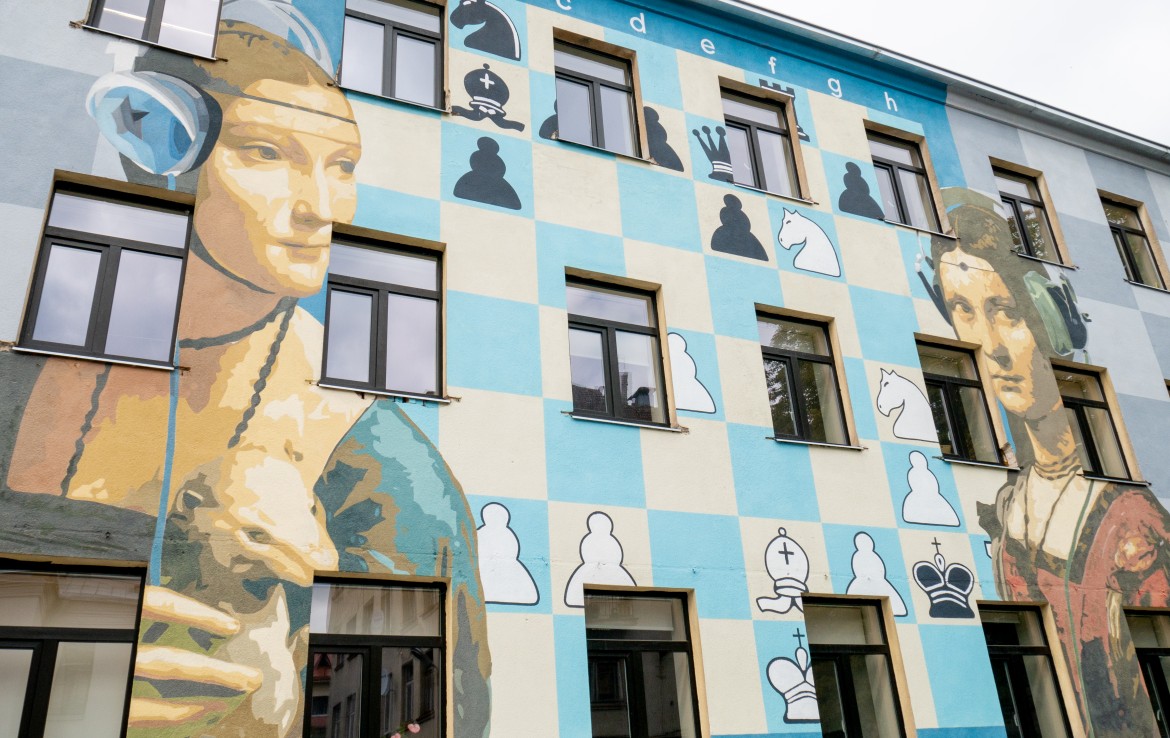 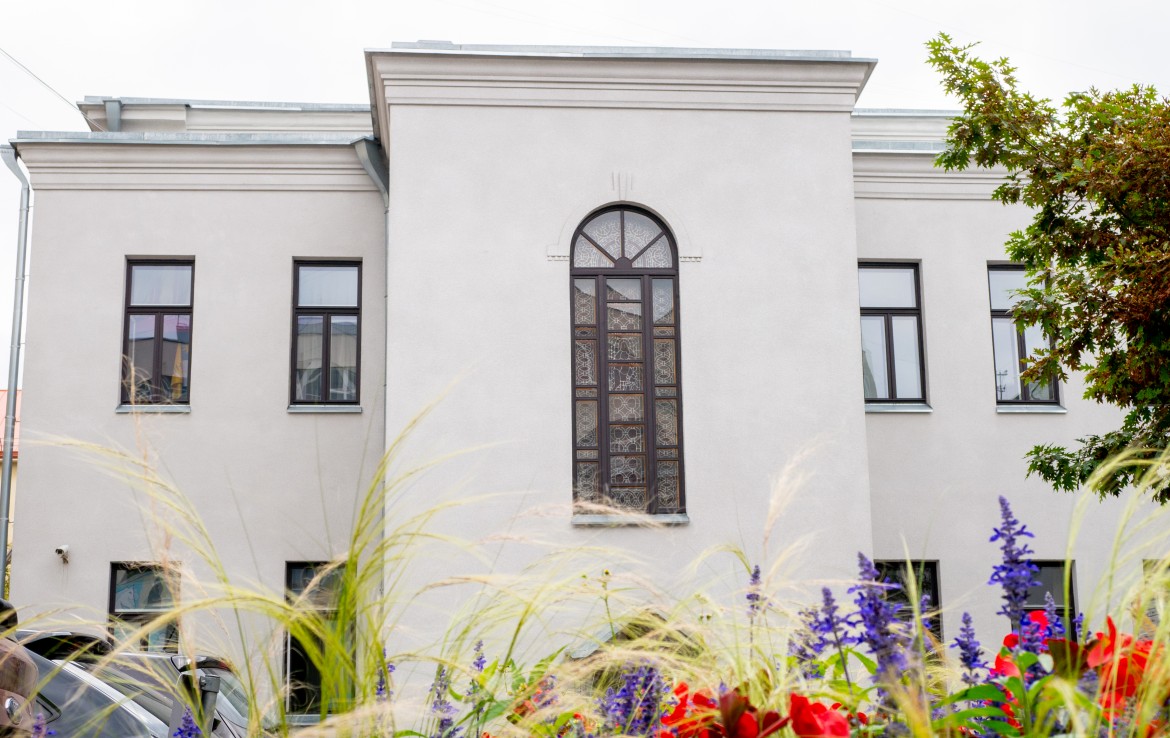