Just like the barracks complex that was built around the same time, the Klaipėda Post building ensemble reflected prevailing norm in the Eastern Prussia to construct “government” buildings in a neo-Gothic style. The buildings of post offices, schools, and other public functions that have emerged in the midst of the construction, which took place in smaller towns at the time are conservative in architecture. While in larger cities and towns the constructed buildings were much more representative. In 1890 architect H. Schoede drew up a project for the city’s new Post Office.

The neo-Gothic architectural details of the brick Gothic tendencies are found in several buildings of the region in that period. We may compare the Post Office with the barracks of Klaipėda. Just like in the barracks, in the décor of the façade of the former royal post we may observe such details as the use of stained bricks and green decorative bricks by highlighting the functional elements such as windows or entrance portals. There are also quite a few details of decorative metal. Without going too far into the quite typical architecture of the building, it is worth noting the stepped pediments and the complex composition of the central avant-corps typical of the brick Gothic style. Yet the main highlight of the building is the quite high tower with a metal top part. Though it did not survive the war, but having been rebuilt during the Soviet times it became one of the few verticals of the city’s panorama. Let’s not forget that during the years of war and occupation, Klaipėda was left without the towers of the old churches. Sometime later, a multi-storey outbuilding, which is not alien to the architecture of the complex, was constructed at the building.

Entering through the decorative old doors we may feel like we have made our way to Memel of the old imperial period: we are greeted by a wood-decorated neo-Gothic interior, rare to Lithuania, of the operations room, where specials attention should be paid to the painterly décor of the ceiling. The building is abundant with details reminding of the building’s past such as authentic floor tile patterns, the decorativeness of the handrails or the columns supporting the structures of the roof of the building.

The single-storey coach house combined with the outbuilding and the separately standing scales are much simpler when it comes to their architecture. But even buildings of such utilitarian nature are emphasised with neo-Gothic pediments. Here, the green decorative tiles where also used for finishing. It may also be seen in the fence and the gates of the ensemble – the design of their metal parts is also decorative. Today it is one of the few remaining ensembles of a German neo-Gothic in our country, holding only a small part of the territory of the former Prussia. 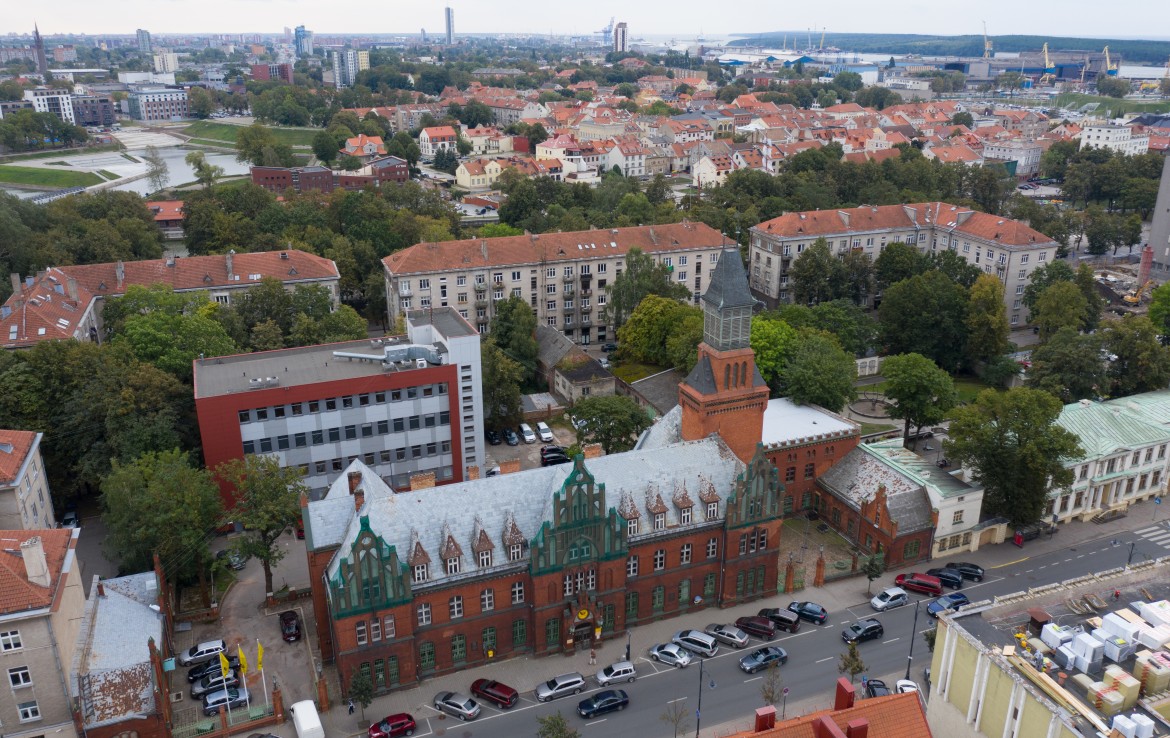 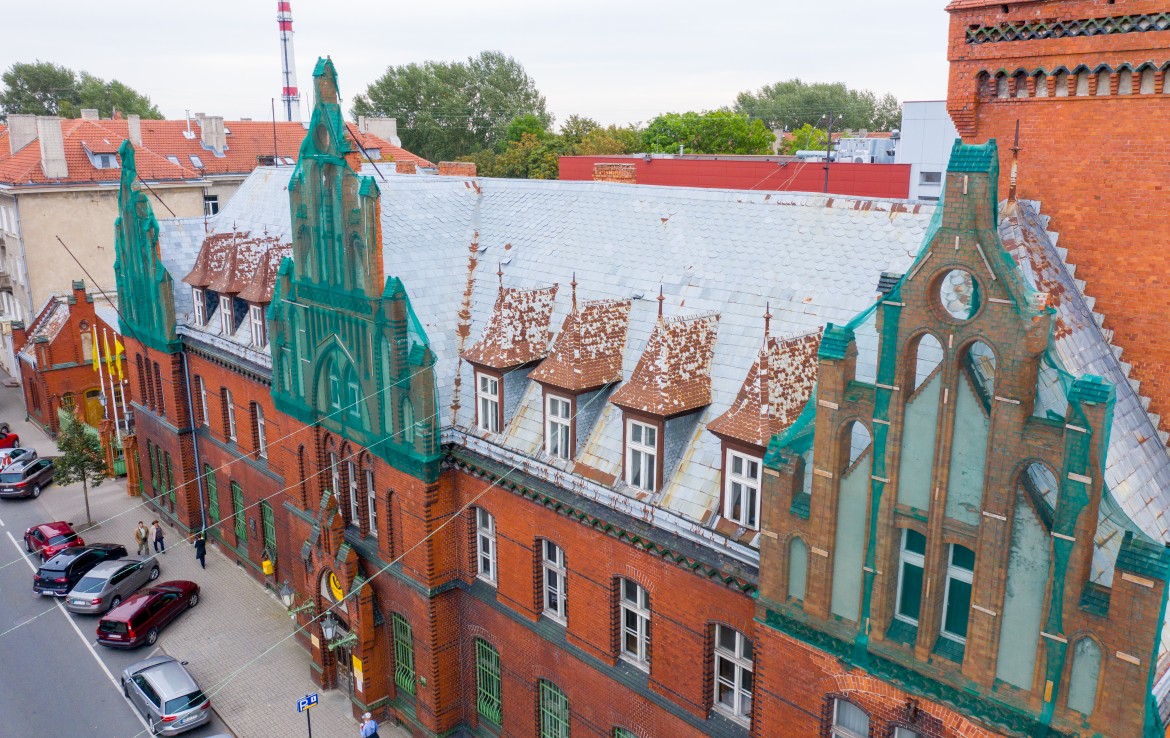 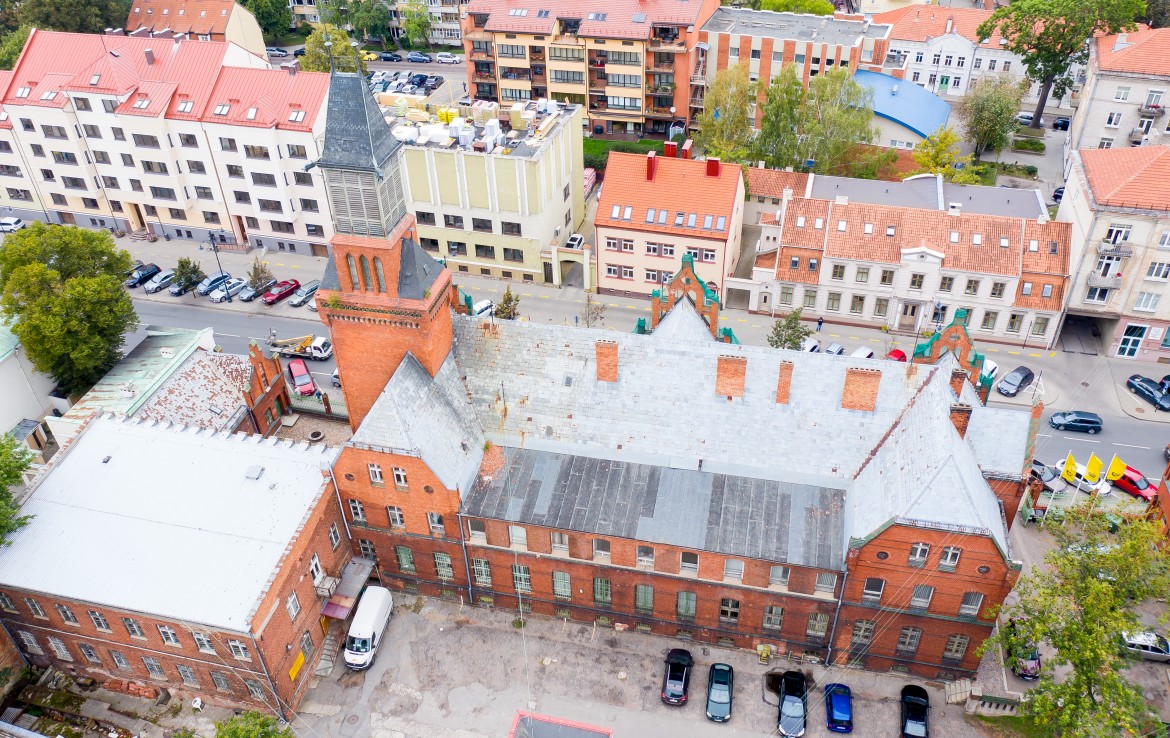 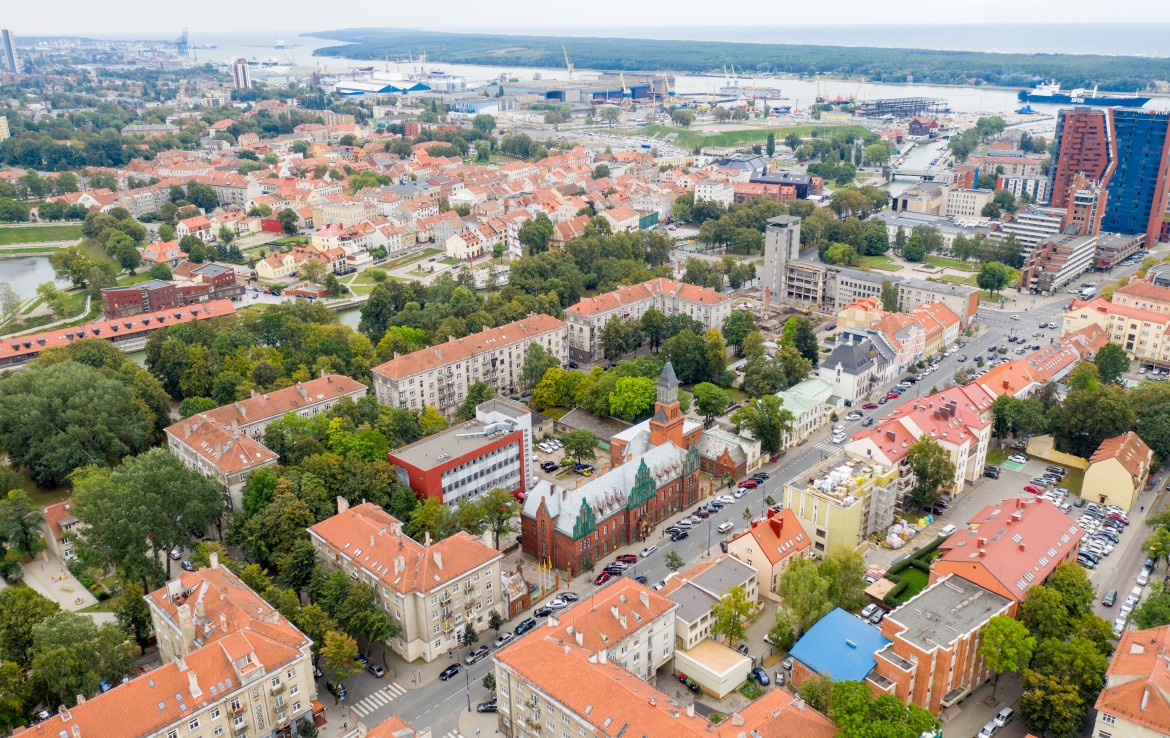 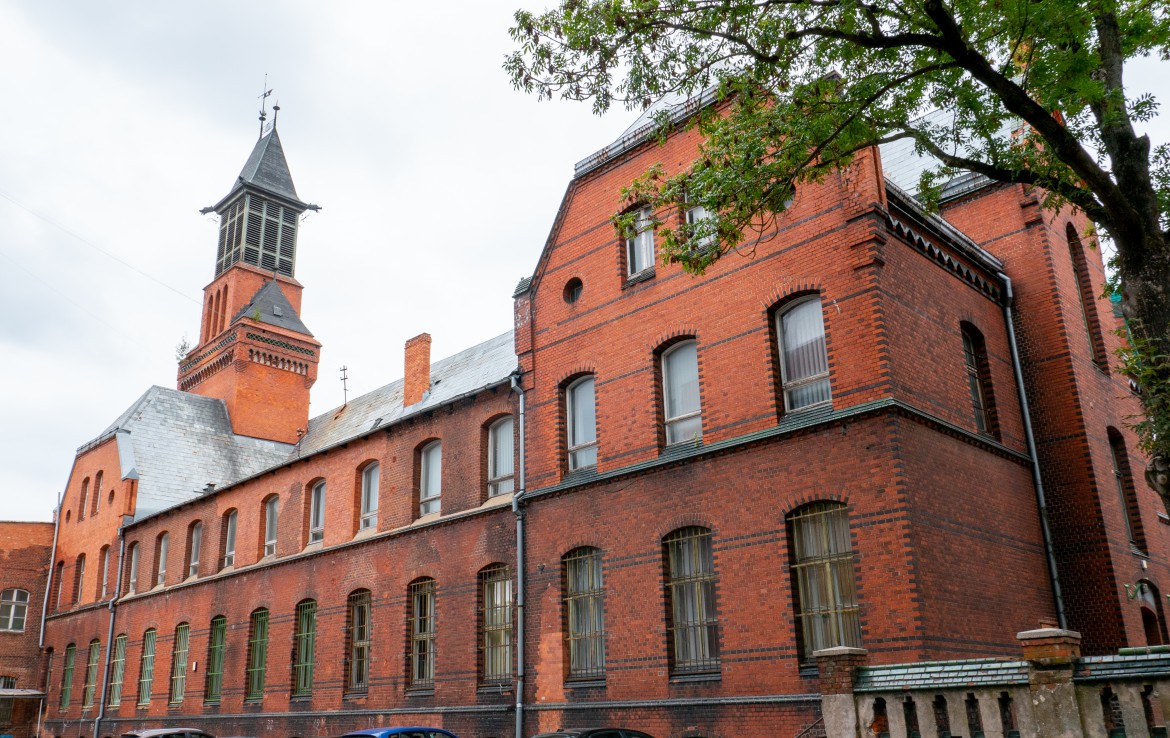 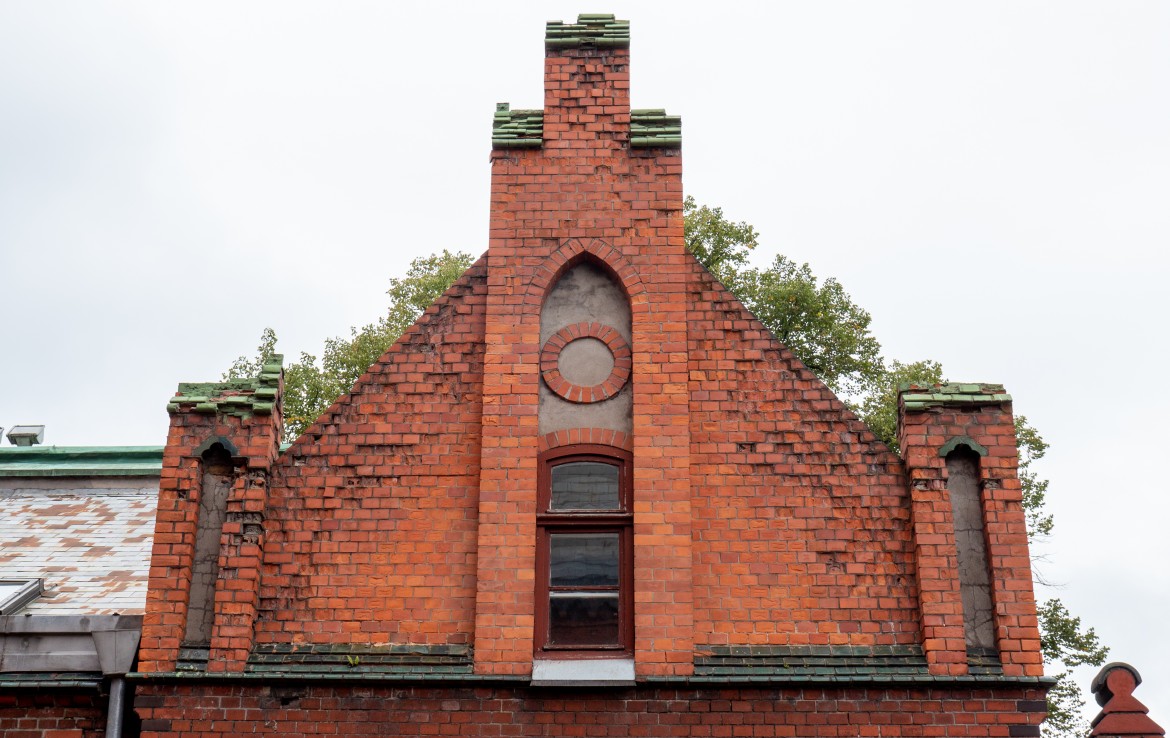 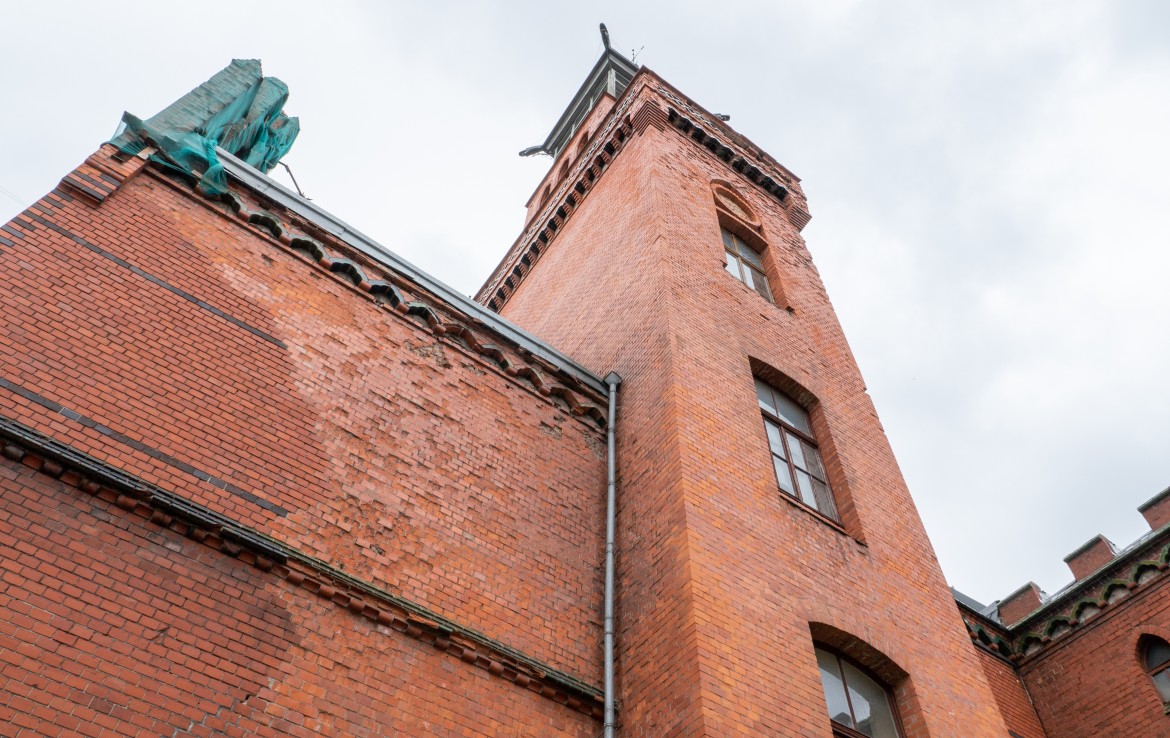 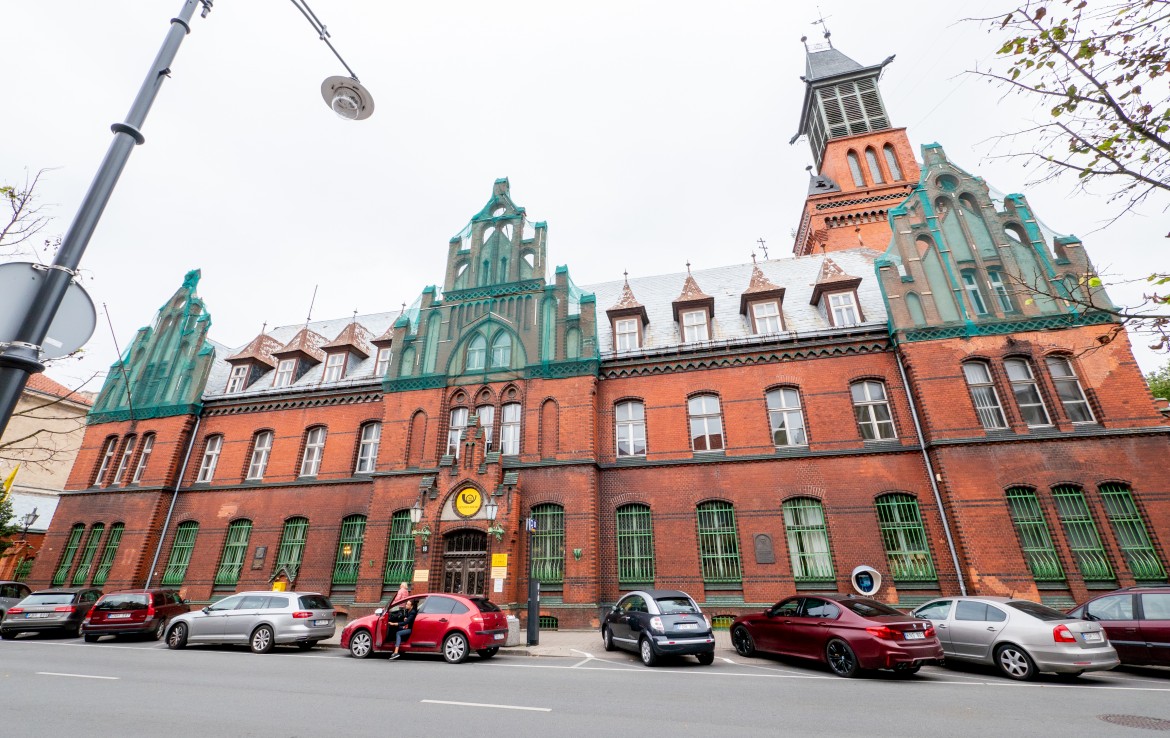 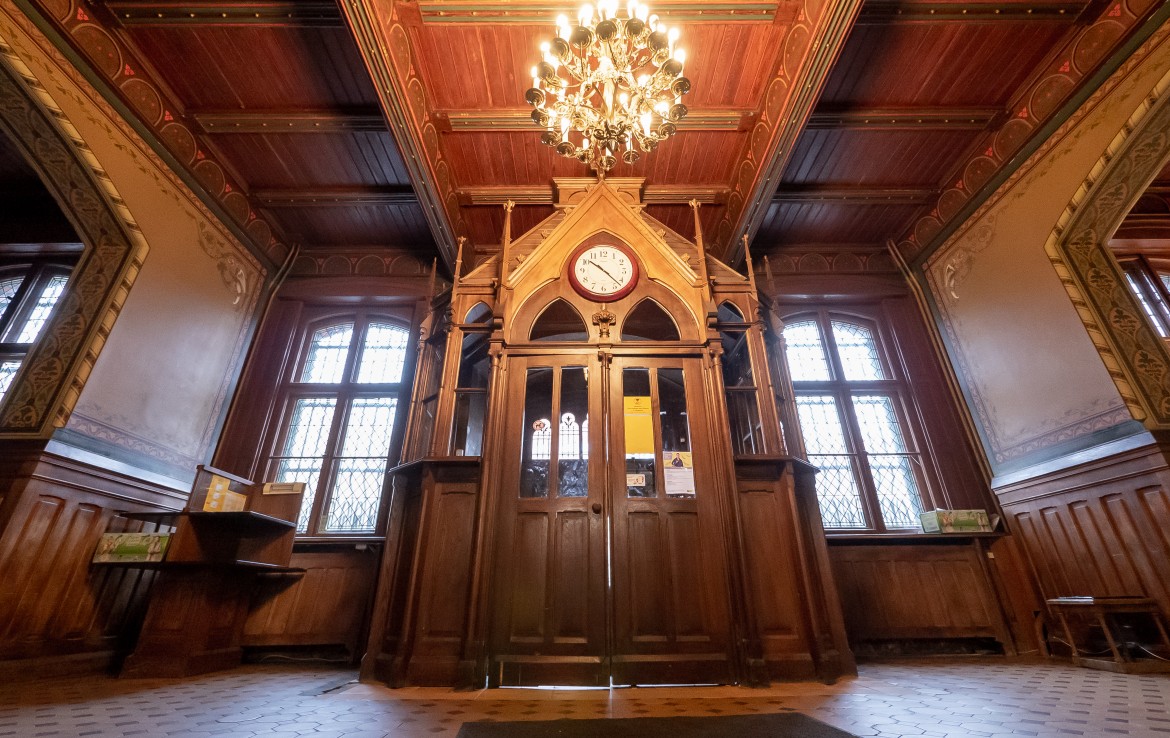 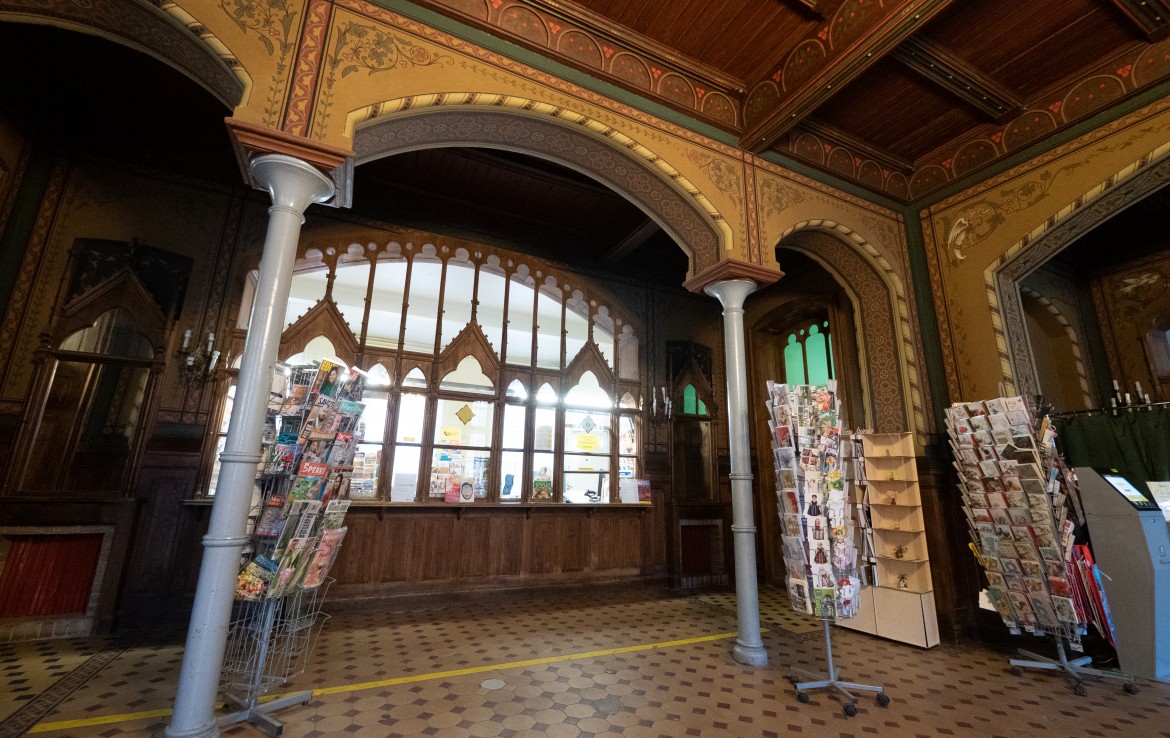 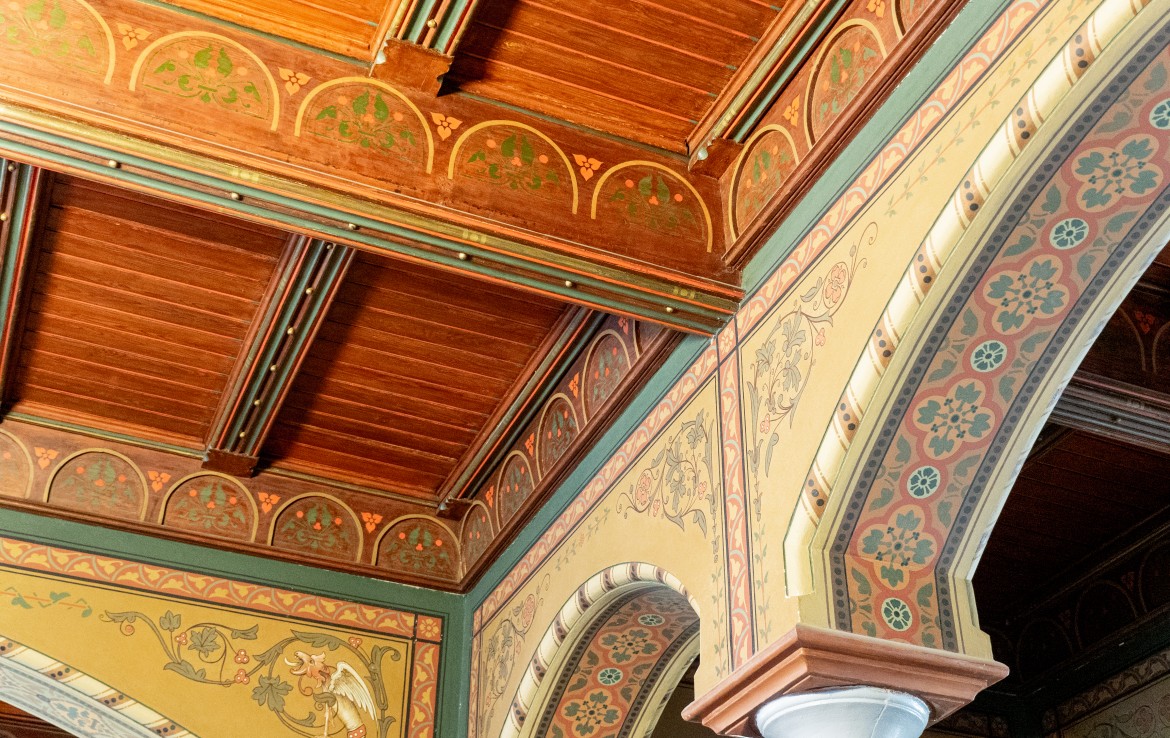 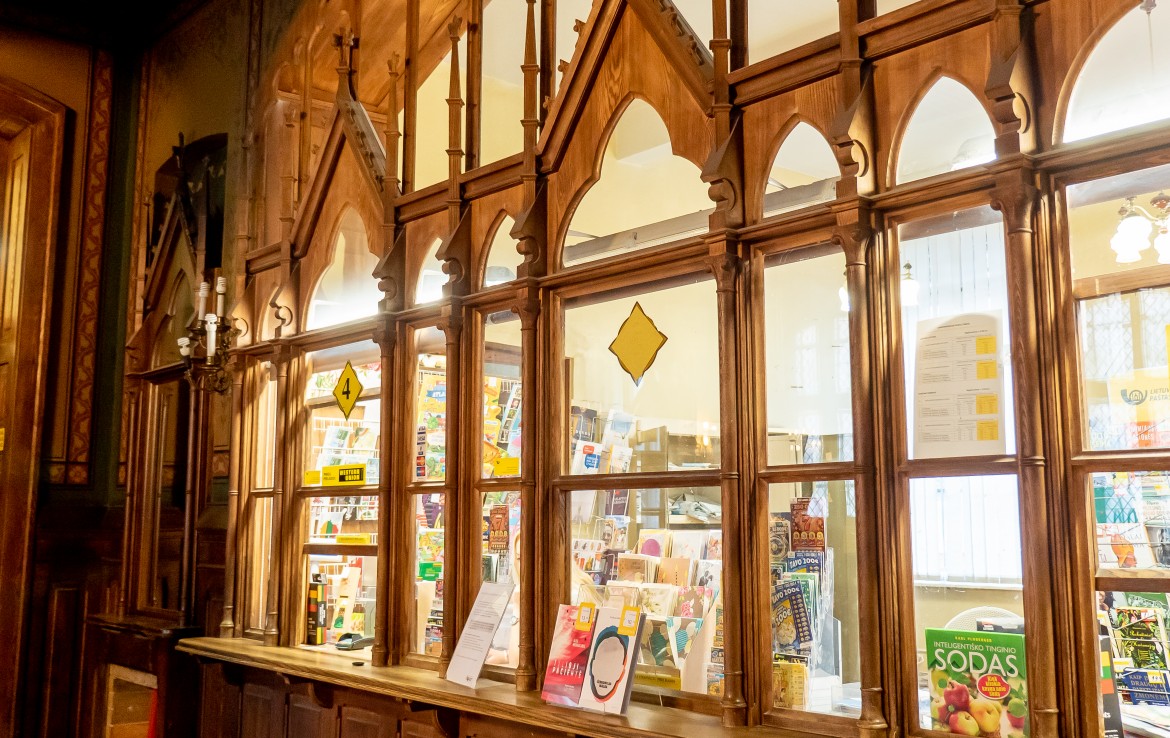 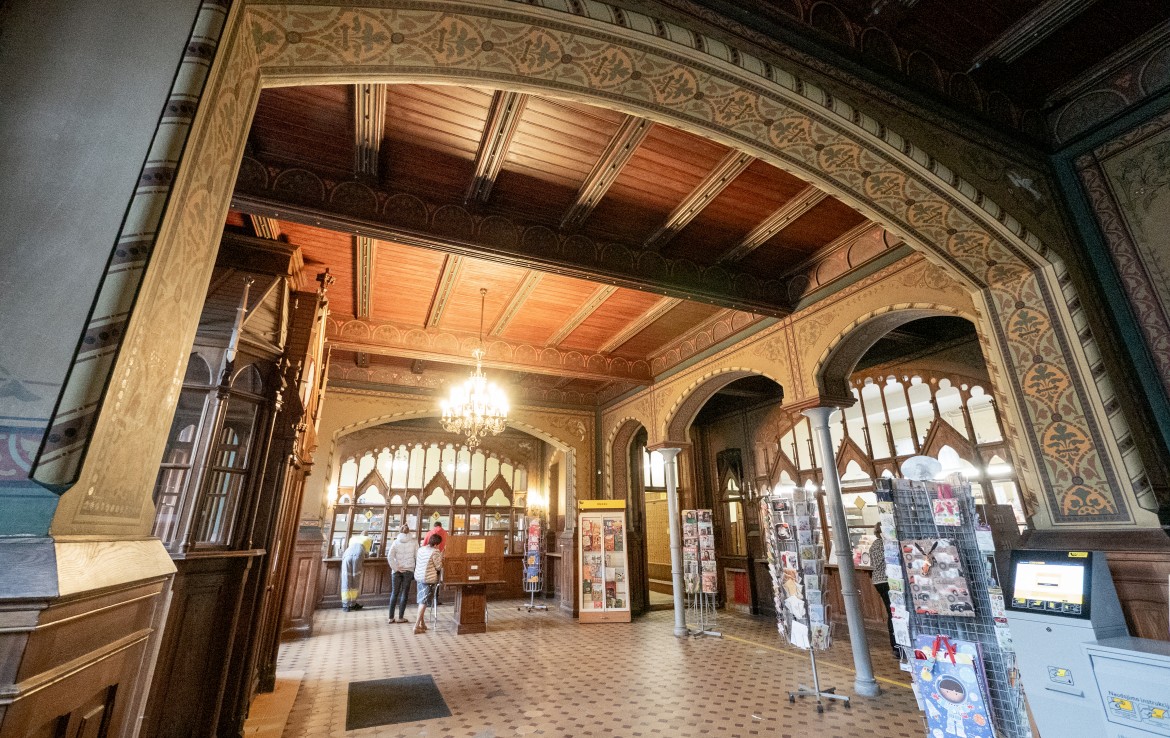