Though education in the interwar Lithuania was a priority field, but due to the economic difficulties, the construction of larger scale and more modern schools commenced only at the turn of the 1920s and 1930s. However, efforts have been made to build schools and provide better education even until then. By the end of the 1920s, the architect Jonas Salenekas from Kaunas, has prepared a typical project of a two-storey school, according to which, at least seven elementary schools were built in various towns. This also had hidden a certain political implication – six of them were established at the Vilnius country demarcation line with a purpose to spread education in Lithuanian language in this especially sensitive zone. The architecture of these schools reflect the historical trends that prevailed during the first decade of independence: they were of modernised neo-Classicistic features, reminding a bit of the architecture of manors.

While many other examples of this project have lost their primary function or were supplemented with extensions, the School of Kernavė has remained almost unchanged and still functions as a primary school. Just like in other schools of this type, the main part of the front-facing   façade is split by pilasters, and the arched main entrance is surrounded by massive columns, supporting the balcony. At the top of the central part – above the profiled cornice there is a bulky pediment, and above the entrances, which are at the lateral, recessed areas there is a folklore floral motif, which may be identified as a peculiar highlight of “folklore style”. The back façade is vertically split into two planes, which separate the rows of windows present on each floor: classrooms are located on this side. The side façades are the same, divided into four vertical pieces: in the narrow, middle ones located on the second floor there are small rectangular windows, and on the side – respectively an arched window and a niche replicating the symmetry of the façade. The original layout, some of the furnaces, exterior doors and the design of the stairs have still remained at the School of Kernavė. 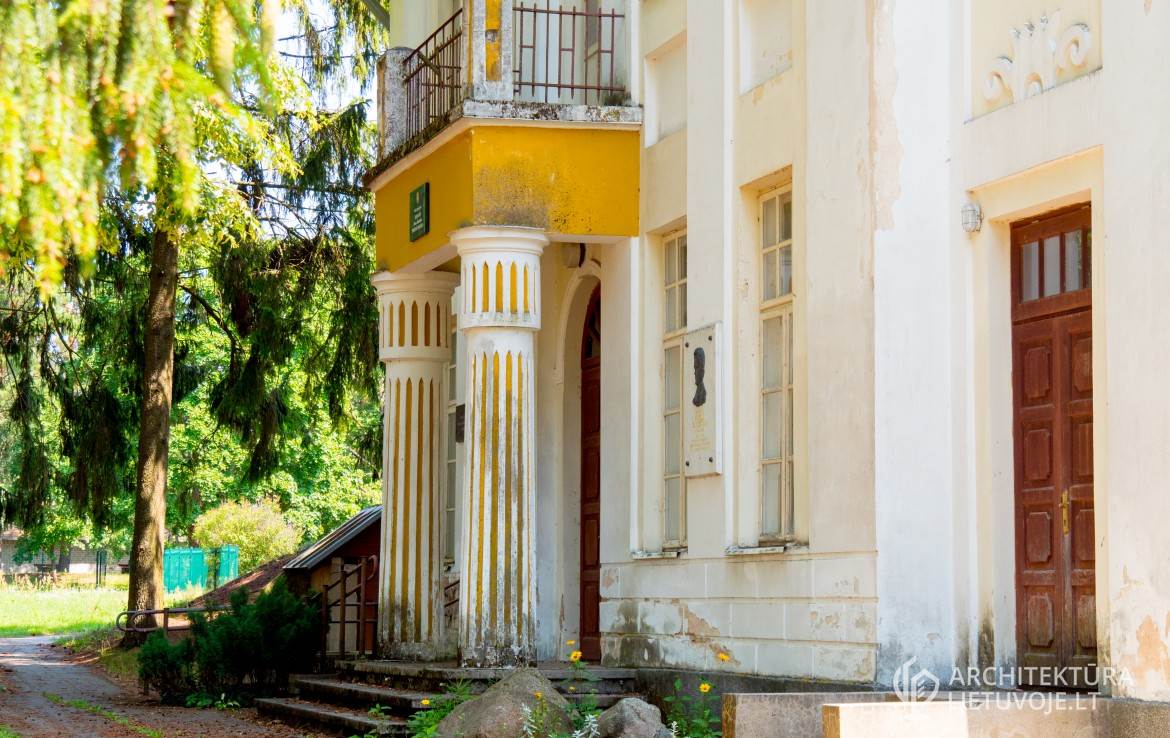 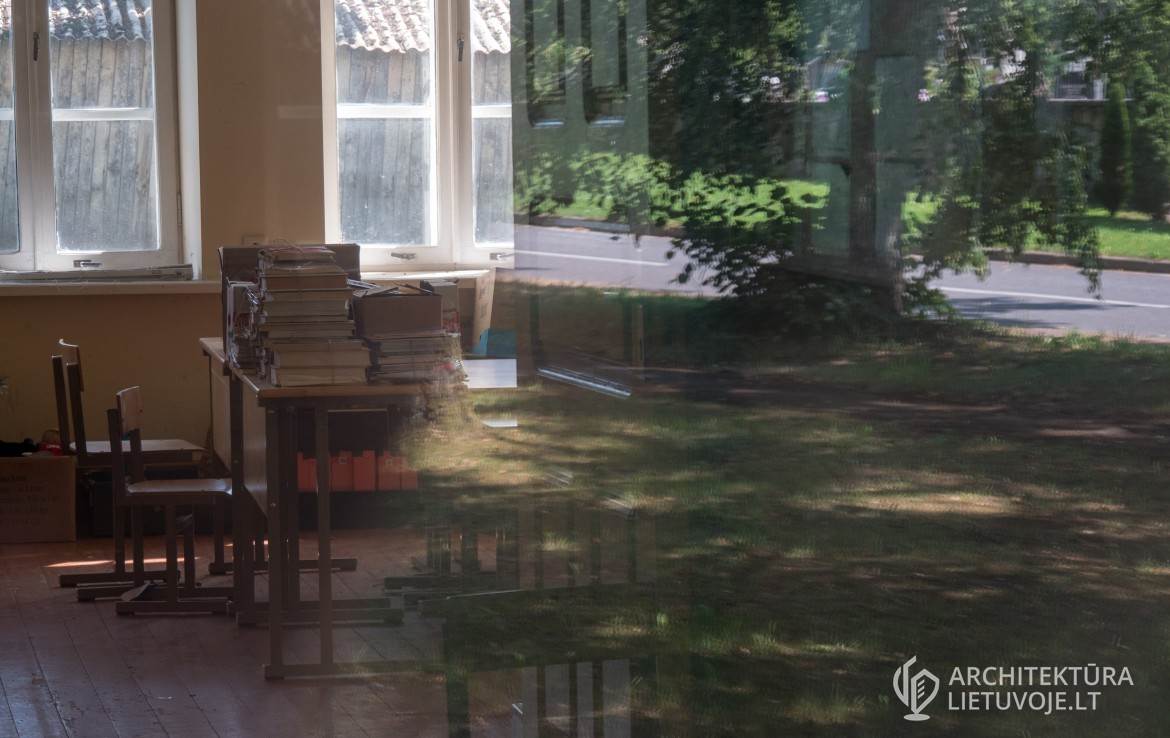 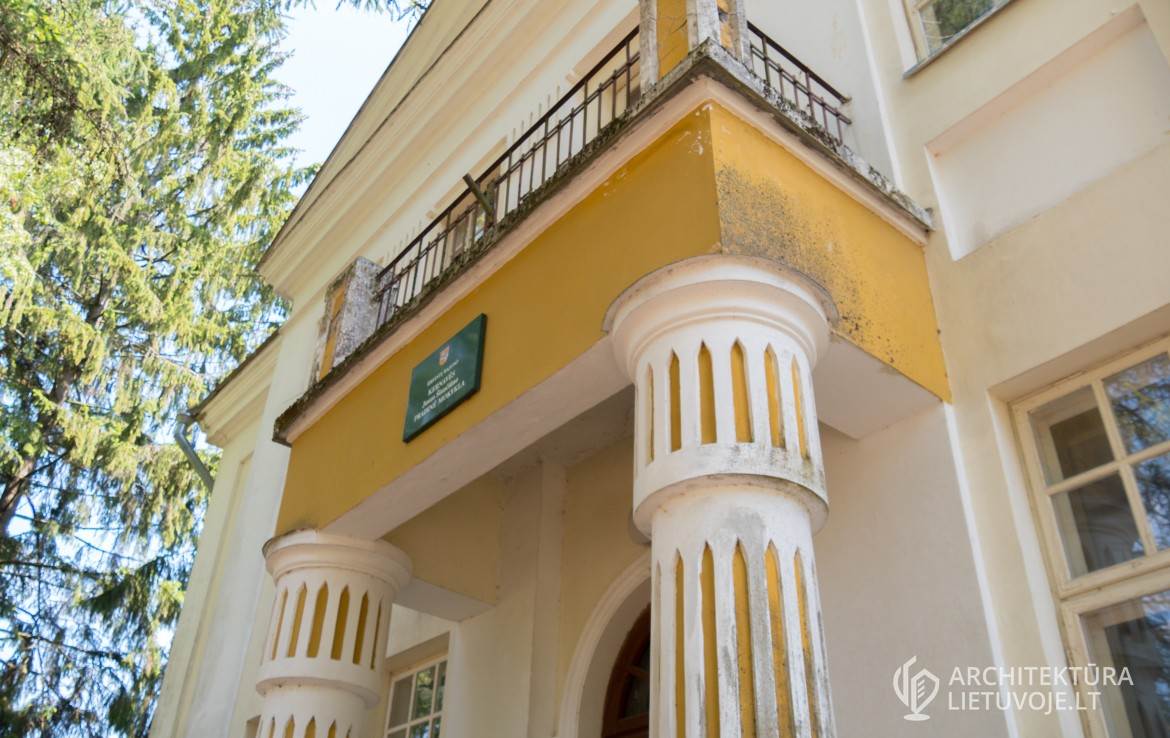 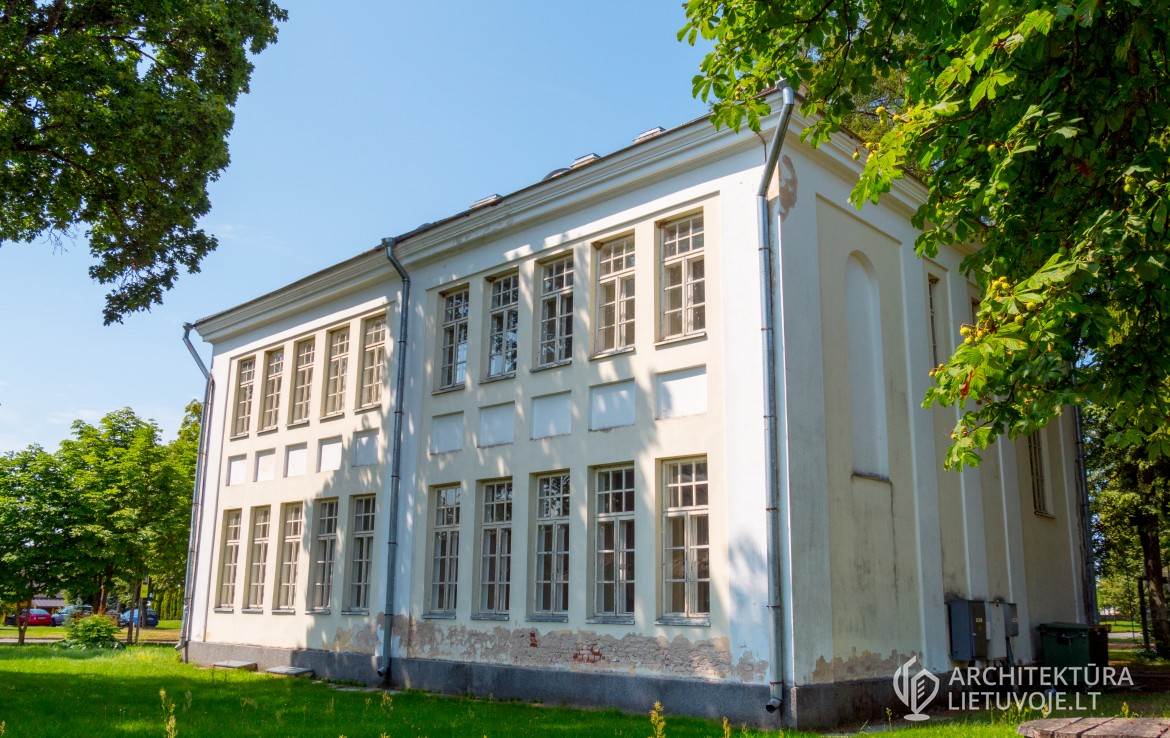 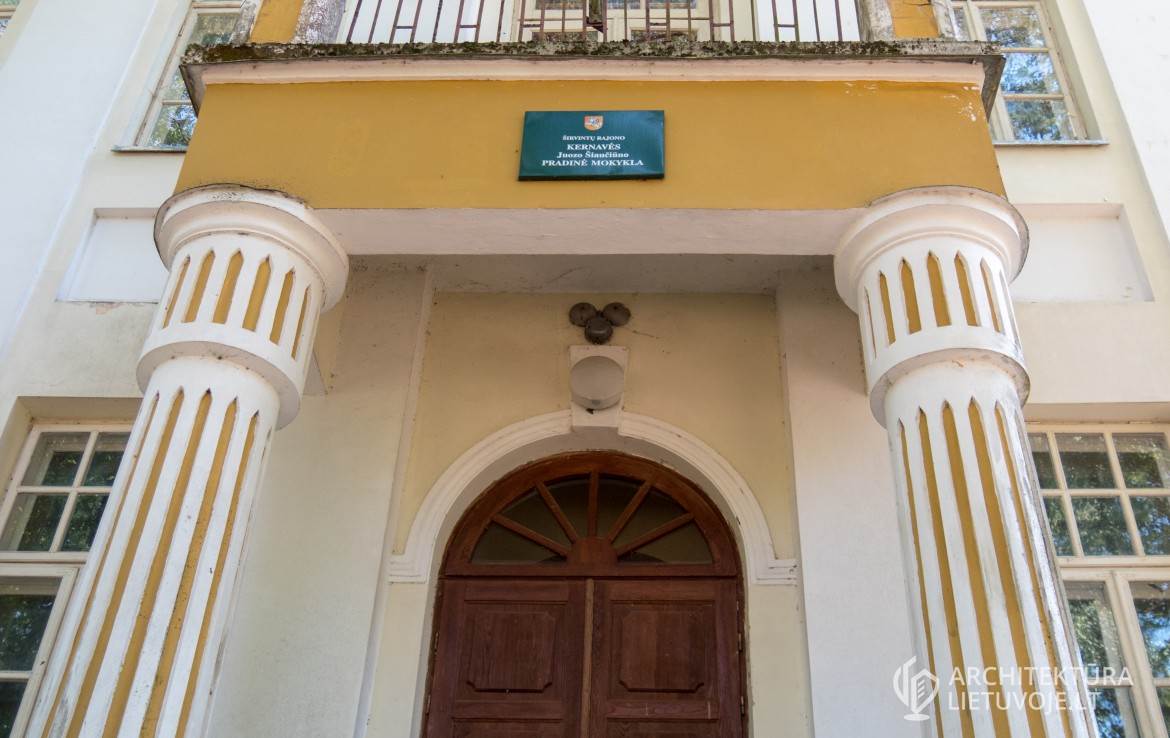 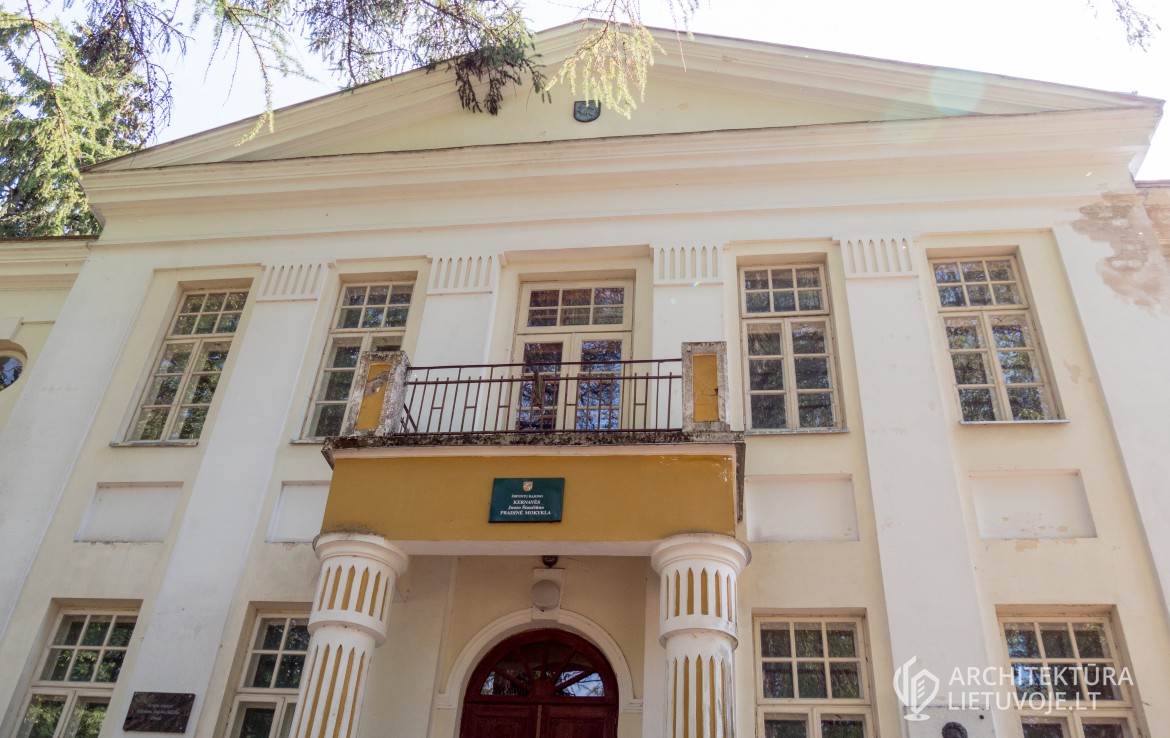 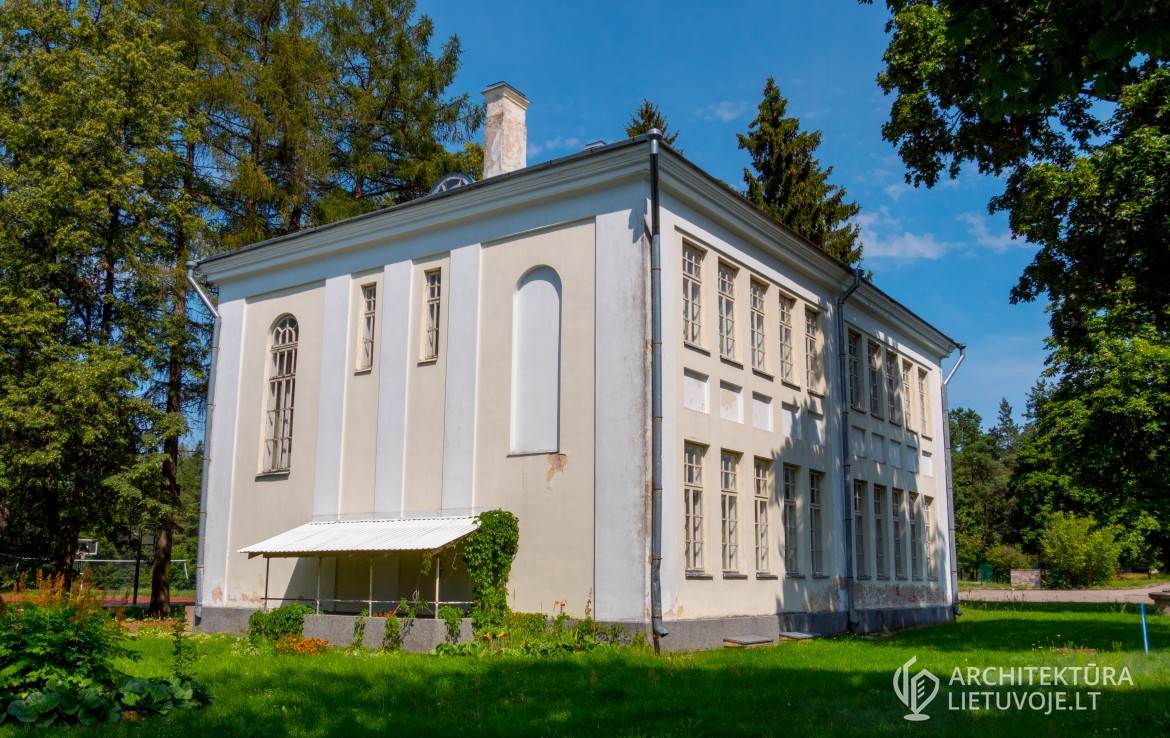 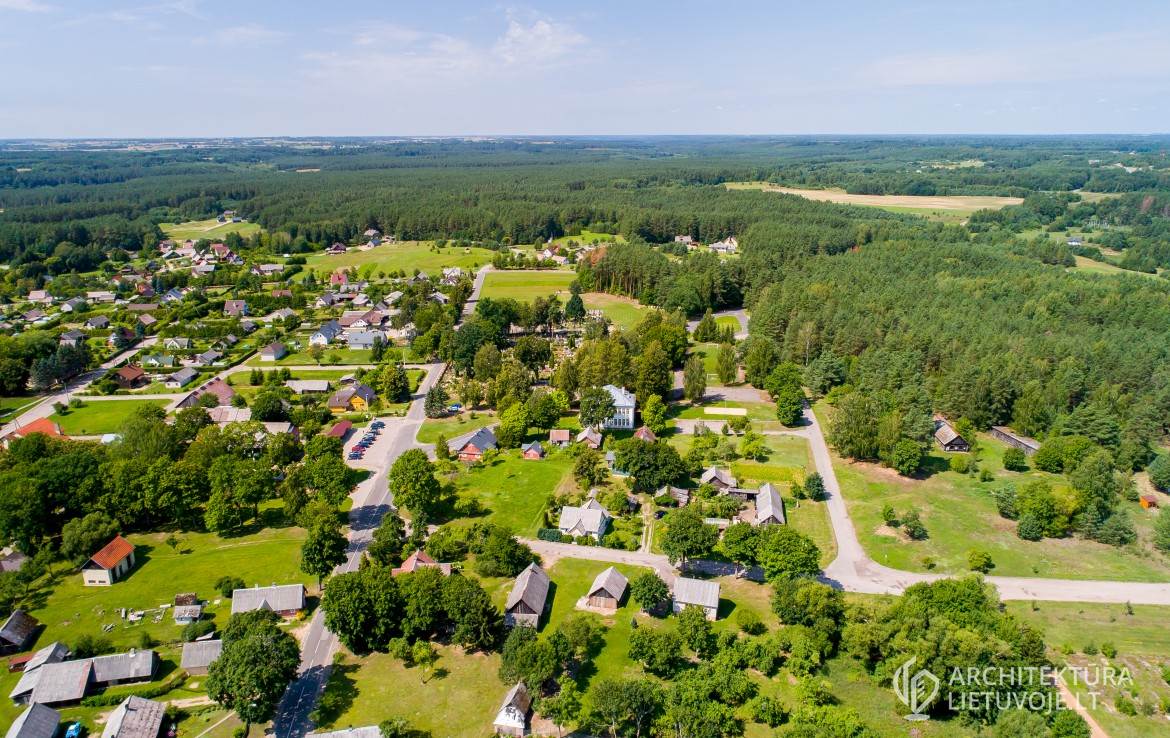 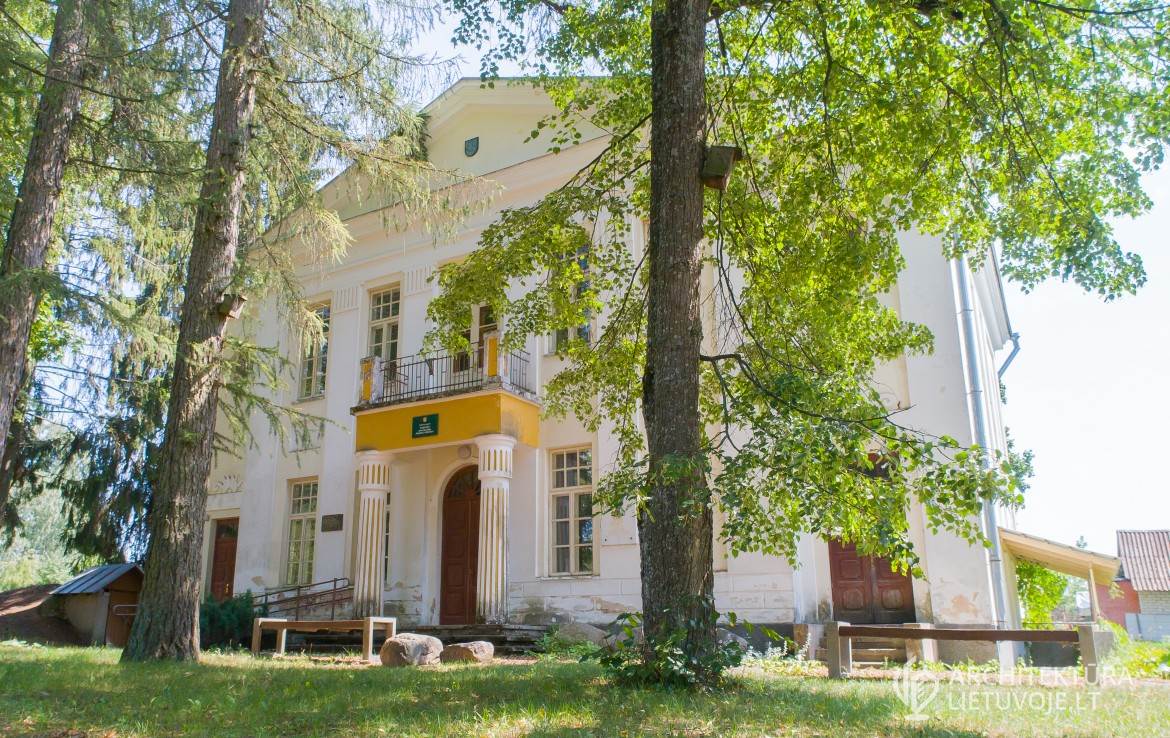 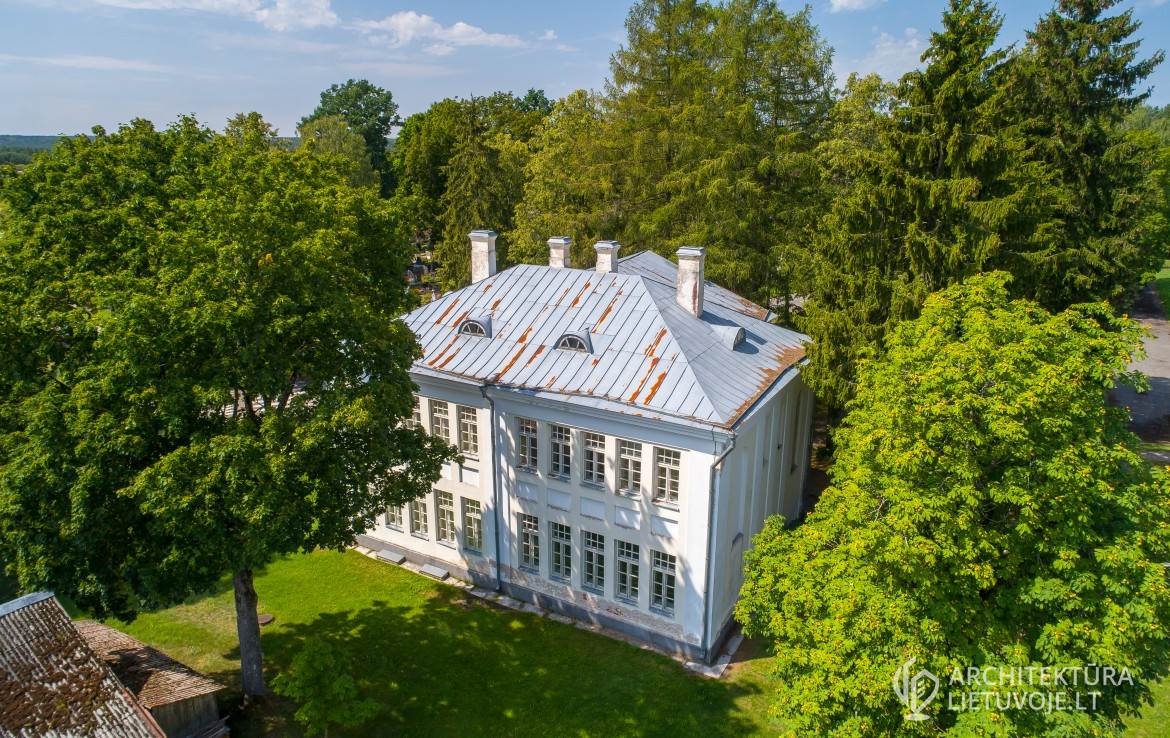 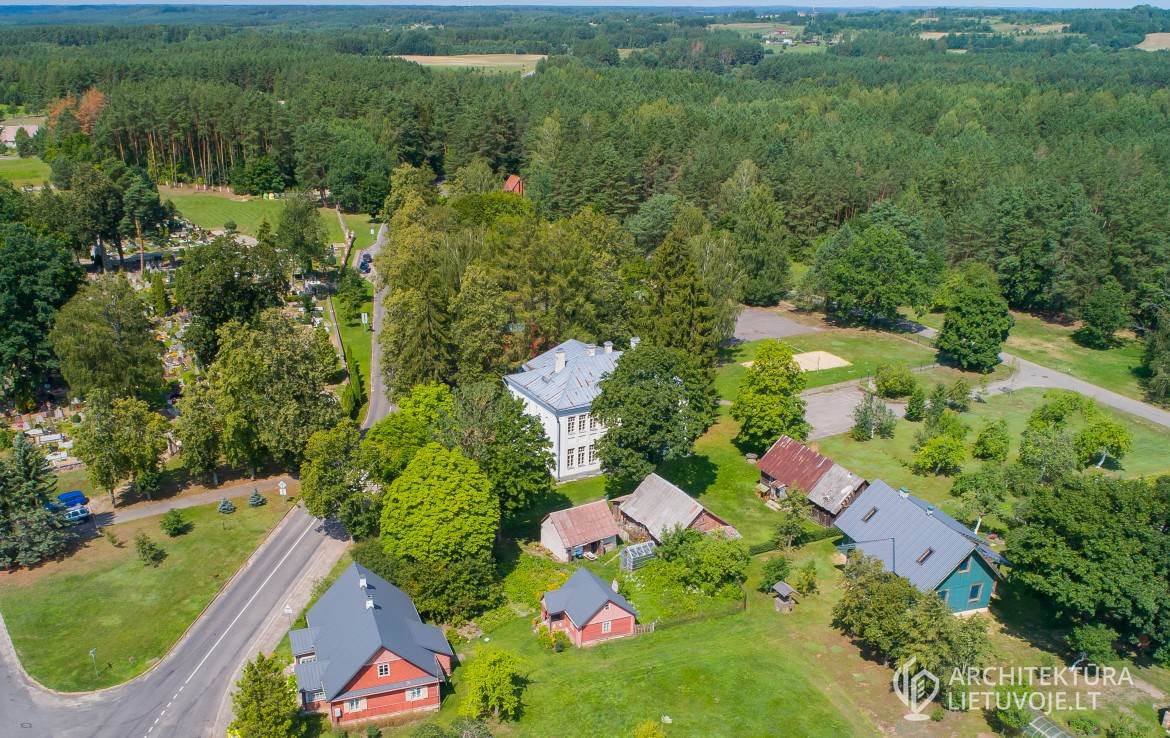