The former heart of the Kaunas Fortress – a complex of nine buildings in Naujamiestis. Though some of the buildings have changed their appearance, but the major part of ensemble retained its primary appearance, typical of the neo-Classicistic trends of the late 19th century. Though it’s worth taking a look around the whole ensemble, however the most impressive building here is the Commandant headquarters built in the 1890-1891, which not only retained its exterior, but the major part of the interiors as well. The building gained a special mission in the interwar Republic of Lithuania – National Defence Ministry and the General Staff operated here. Today the country’s air forces are settled here.

The most decorative building of the fortress is the neo-Classicistic palace built away from the street, forming a representative area upfront. The symmetric solution, details and composition of the façades are typical of the style. The lateral parts of the façade are slightly pulled forwards and differ from the central one with its finishing. The fillets of the first floor continuing through the whole façade and window architraves here are complemented with pilasters on the second floor and parapet walls. The building also features elements that reflect the design features of the time, such as the central entrance canopy, supporting columns, or metal beams used for the overlays.

The visitors are greeted with an interior of that time: the decorative lobby with the retained moulding and colour décor solutions. Decorative stairs lead to the second floor through a stairway, which is no less impressive. Part of original furnaces, decorated with glazed tiles, has remained in the building and the most impressive one is the marble fireplace at the hall on the second floor.  The abundant ornaments of the upper floor are restored thoroughly. The premises of the great hall and former commandant office are especially imposing. Here, geometric, floral and militaristic motifs intertwine eclectically; some are a little bit modified in the later periods: when taking a closer look, it is possible to observe hints to the former role of the then central building in the military context of independent Lithuania. 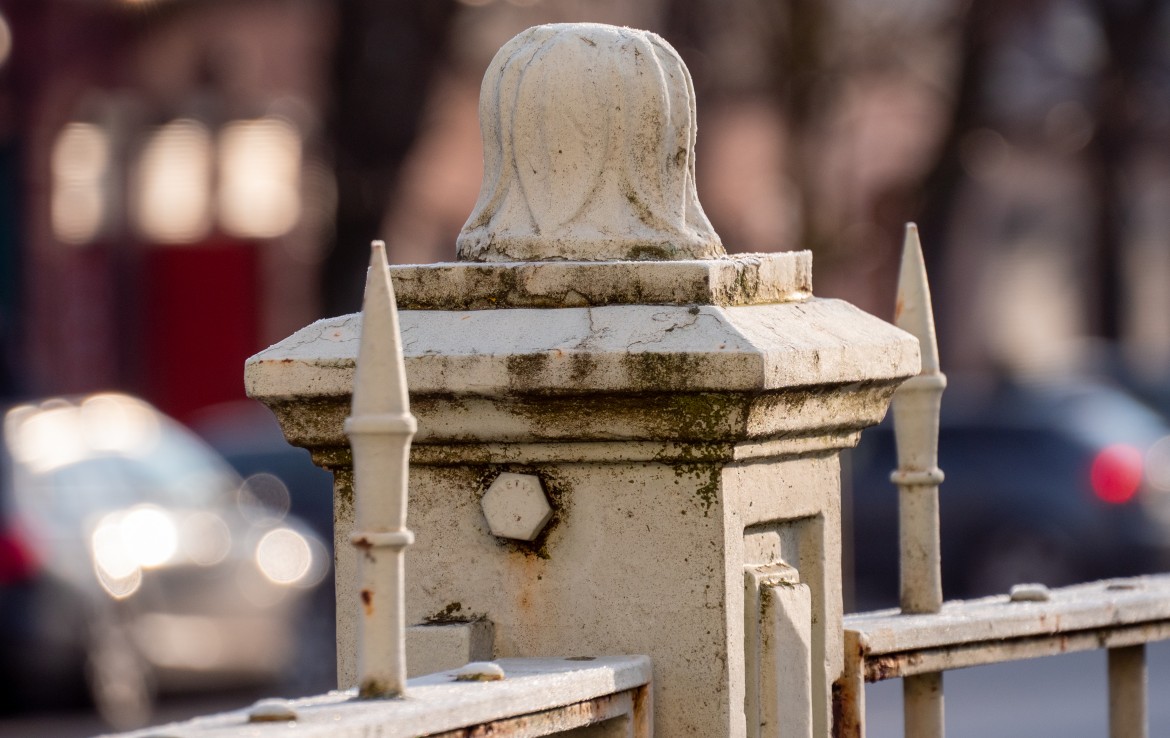 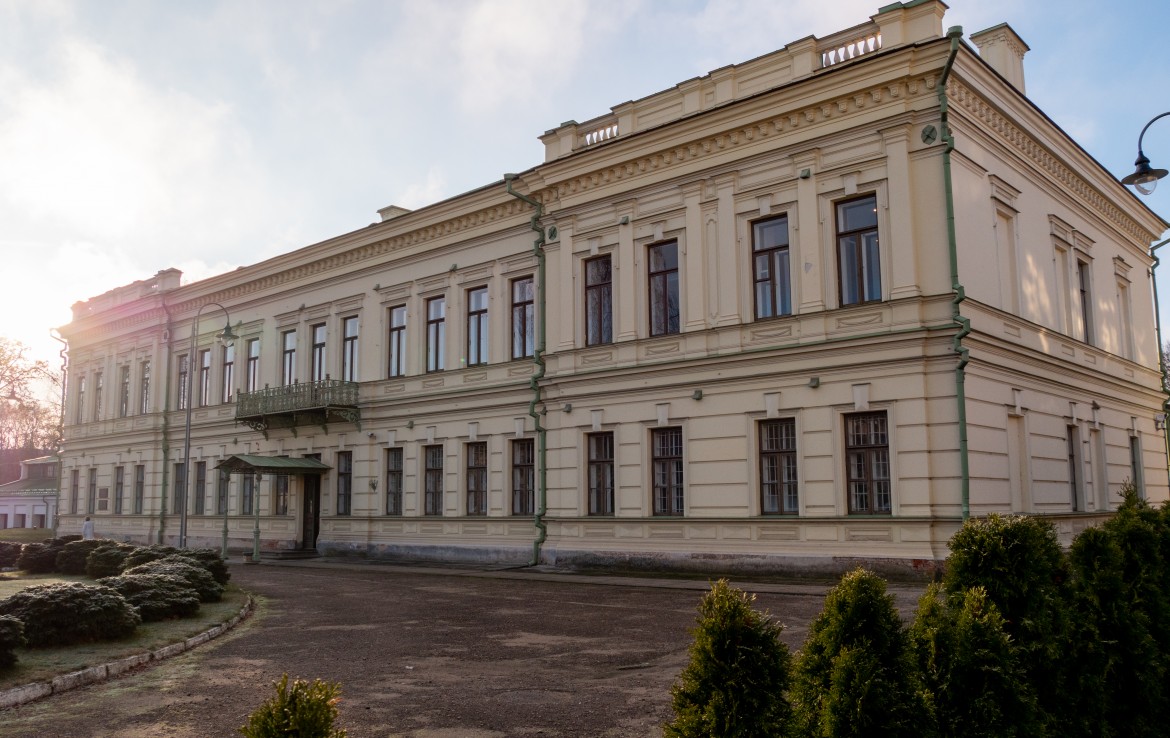 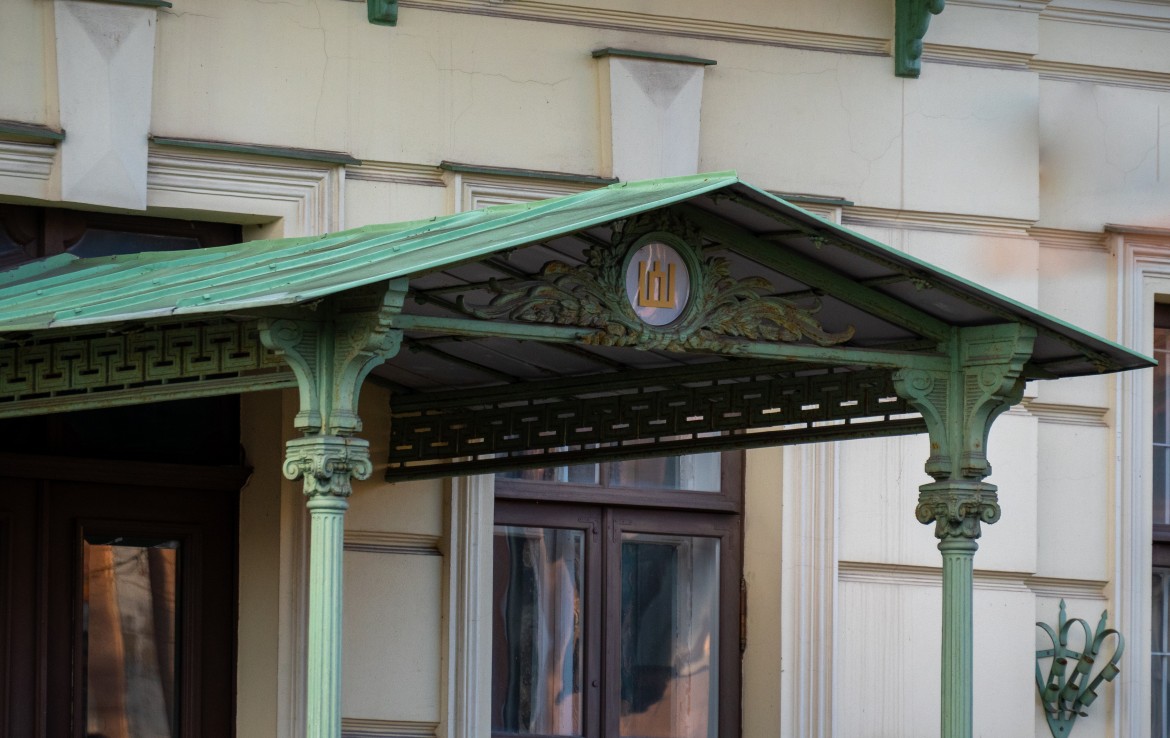 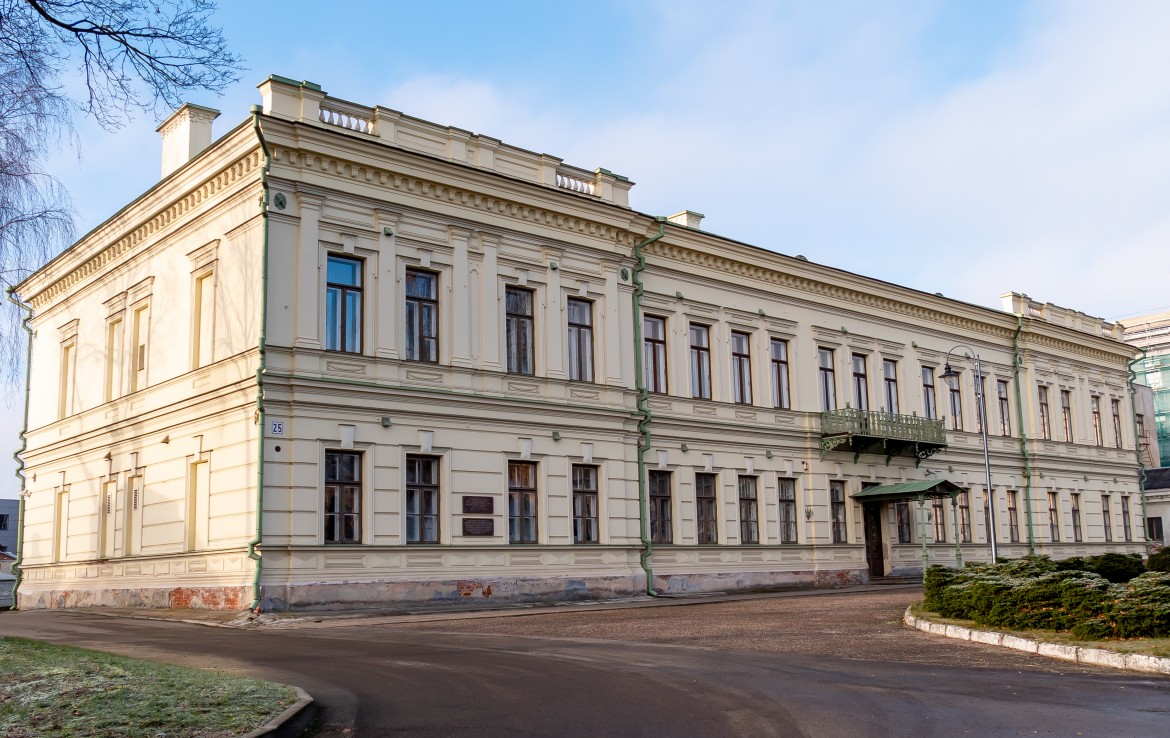 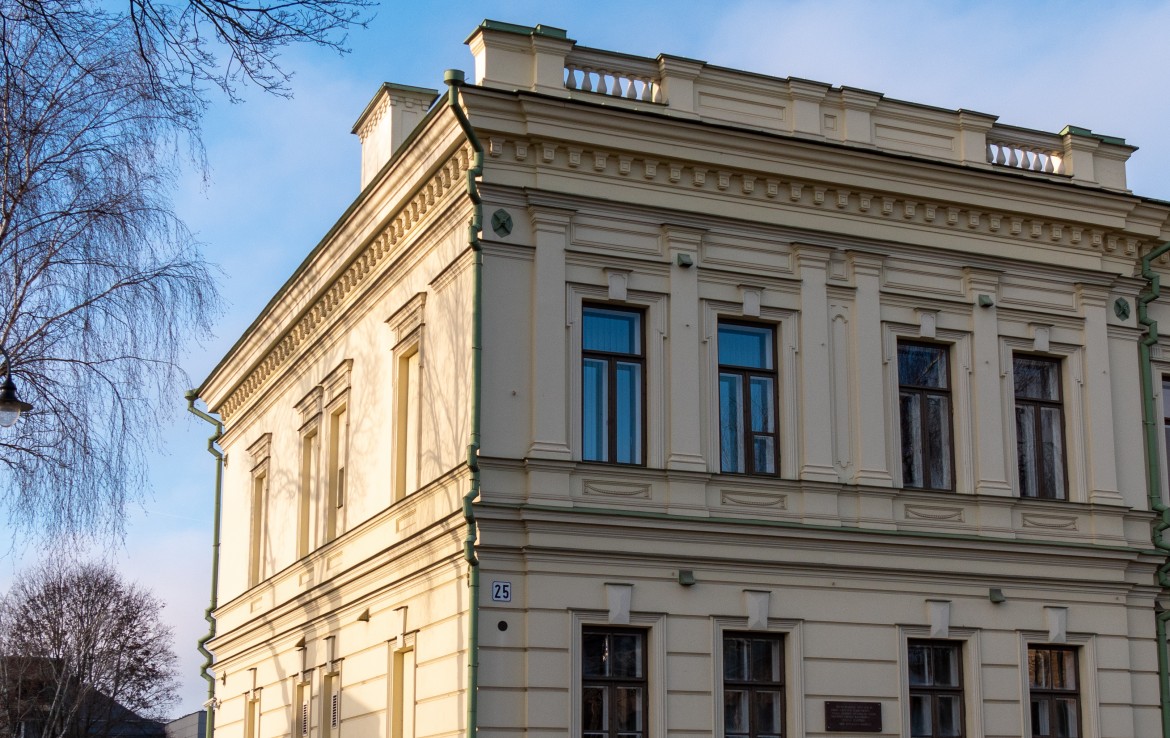 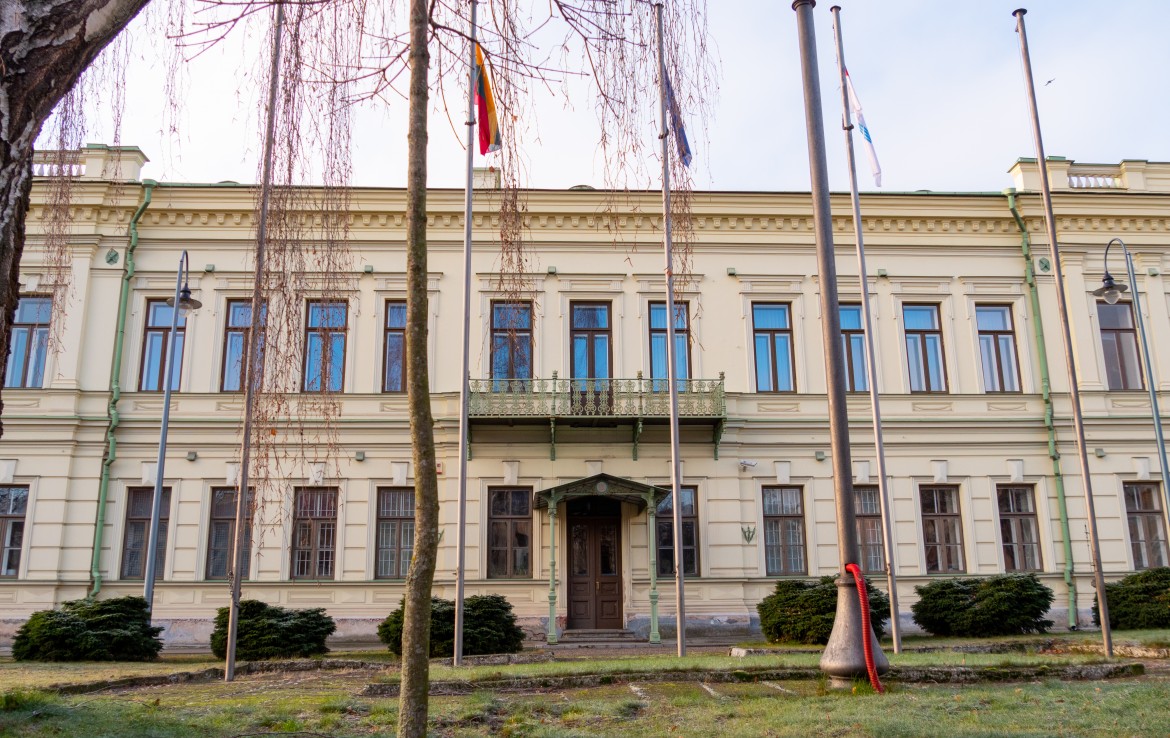 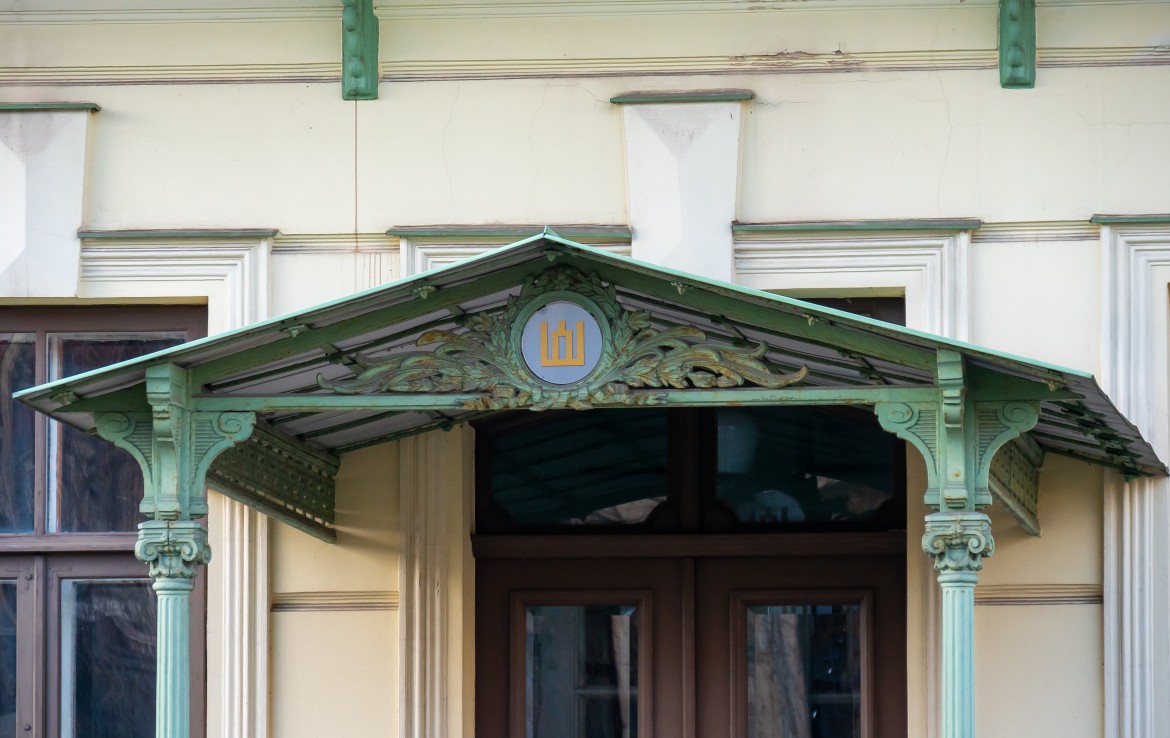 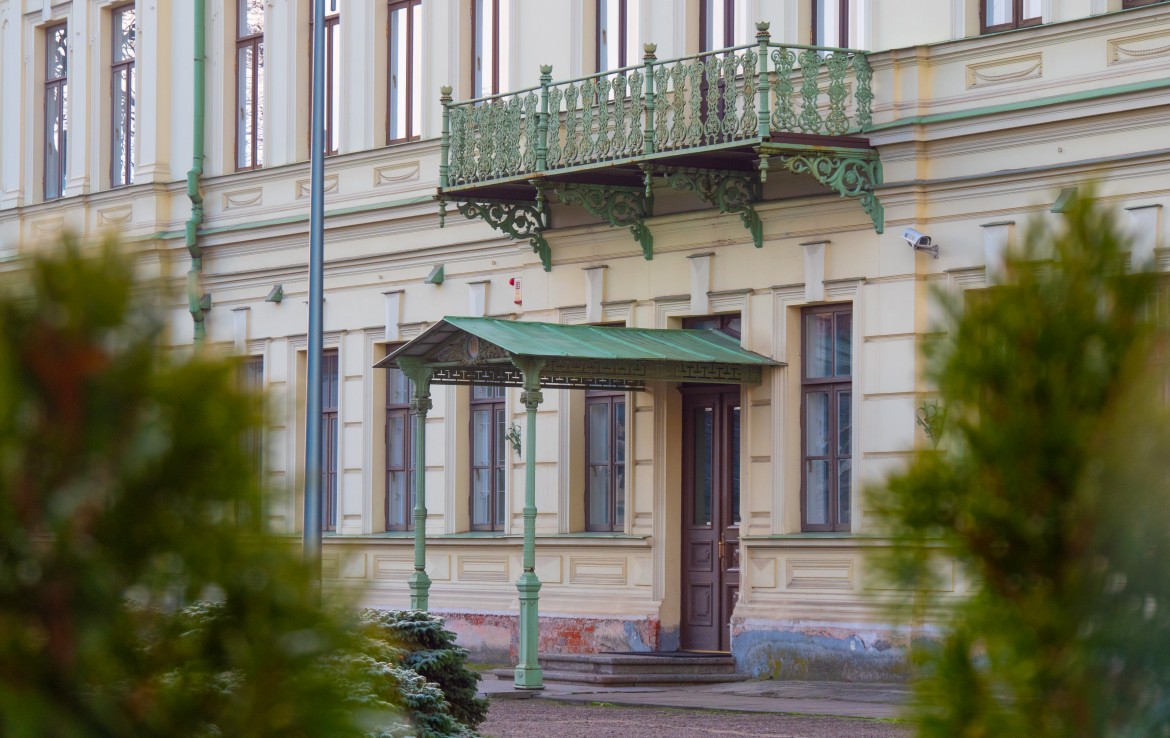 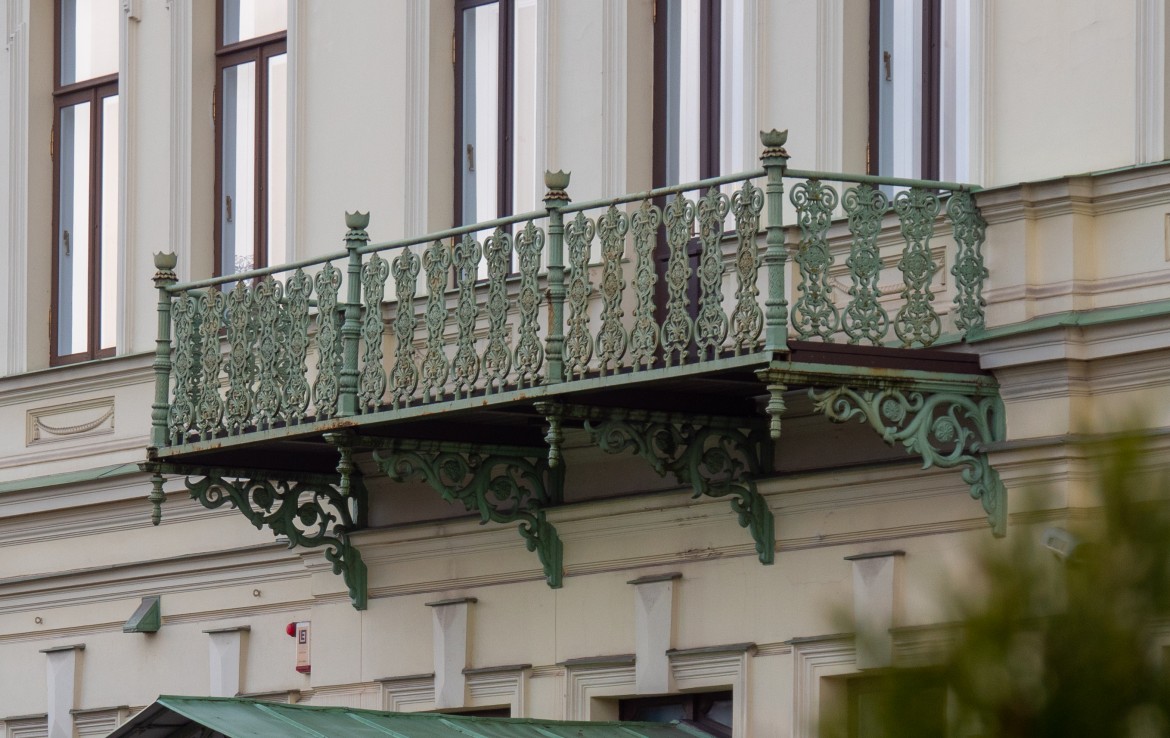 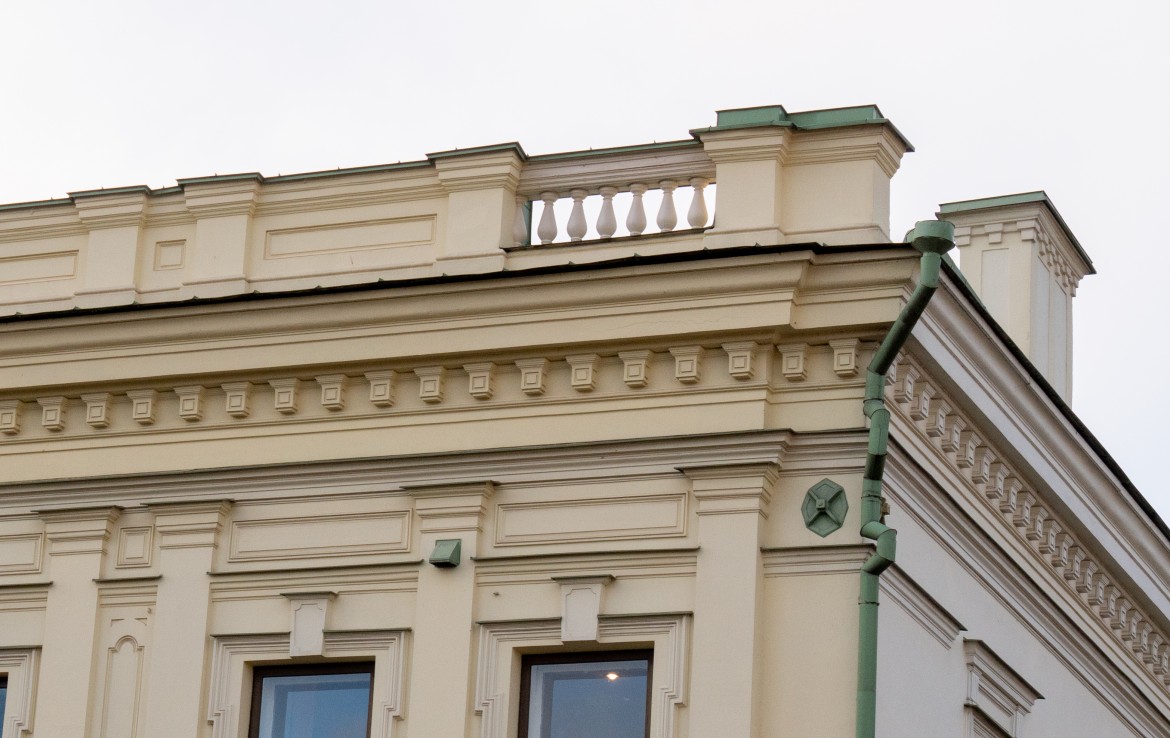