The Building Complex of Kaunas Church of the Holy Trinity, Bernardine Monastery and the Priests Seminary

If the Bernardine Monastery and the Church of St. George reveal primarily the charm of the Gothic architecture, and the complex of the Jesuits reflects the Baroque forms associated with this Order, then the architecture of the Church of the Holy Trinity and the Benedictine Nunnery reveals the Renaissance that spread between the latter styles in Lithuania. The new church was built in 1624-1634 in the corner of the Rotušė square, and it had a great influence on the plan of the complex as well. The nunnery has been active here for more than two hundred years: the flow of history was changed in 1864 by the political decision to transfer the centre of the Samogitian Diocese and the seminary here. And yet, the church itself as well as the Renaissance eastern part of the complex was assigned to the city parish. Even though the church, compared to many sanctums of the historic part of the city, has escaped major misfortunes for many years, the Soviet period did not pass through it: a warehouse was set up here for some time after the war.

The Church of the Holy Trinity, as many other Lithuanian sanctums of the Renaissance period, also contains a great deal of Gothic elements: its volume, the use of pointed-arched windows as well as four massive buttresses in the front façade show the construction traditions of the previous period which were still strong. And yet, it is firstly a Renaissance structure, in the façades of which wide pilasters as well as massive profiled cornices are especially highlighted. The tower, serving also as the main entrance, was originally quite lower: it gained its current form only in the 18th century. The interior area of the hall type is divided by four pilasters, supporting the vaults decorated with impressive rib patters. It’s true, unlike the exterior of the church, its interior acquired a number of Baroque features in the 18th century.

High fence of the nunnery hides one of the most beautiful buildings of the Old Town – the Nunnery Palace typical of the Mannerism. The rhythm of the windows covered by strict laconic cornices is complemented by concave niches in the gaps. The lateral façade framed by angular pilasters is completed by a graceful three-section pediment, where we can see a strong influence of the Baroque style. On the first floor of the building there is a large hall supported by the cross vault, where once a chapel used to be. If through the revealed details of the walls of former houses we can see the multilayers of the Old Town in the fence of the complex from the side of the Rotušė Square, then a modest though expressive representative of the period stands in A. Jakštas street: the gates of the complex, completed by the light pediment expressed by volutes. 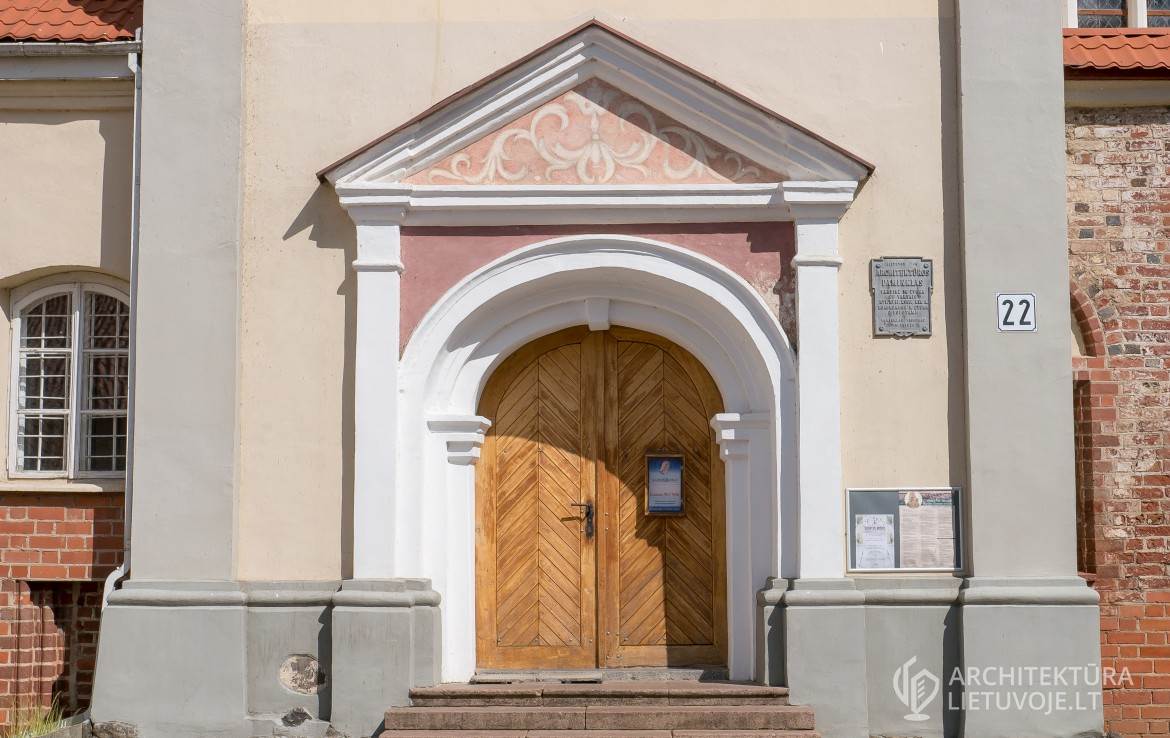 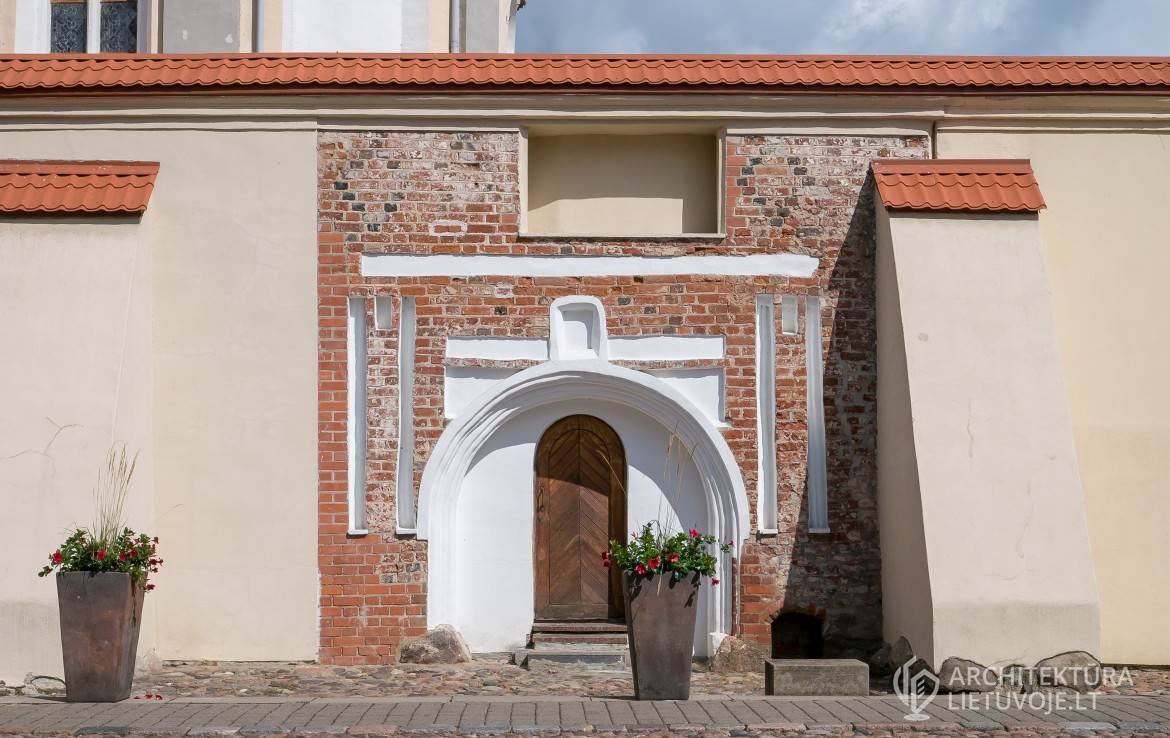 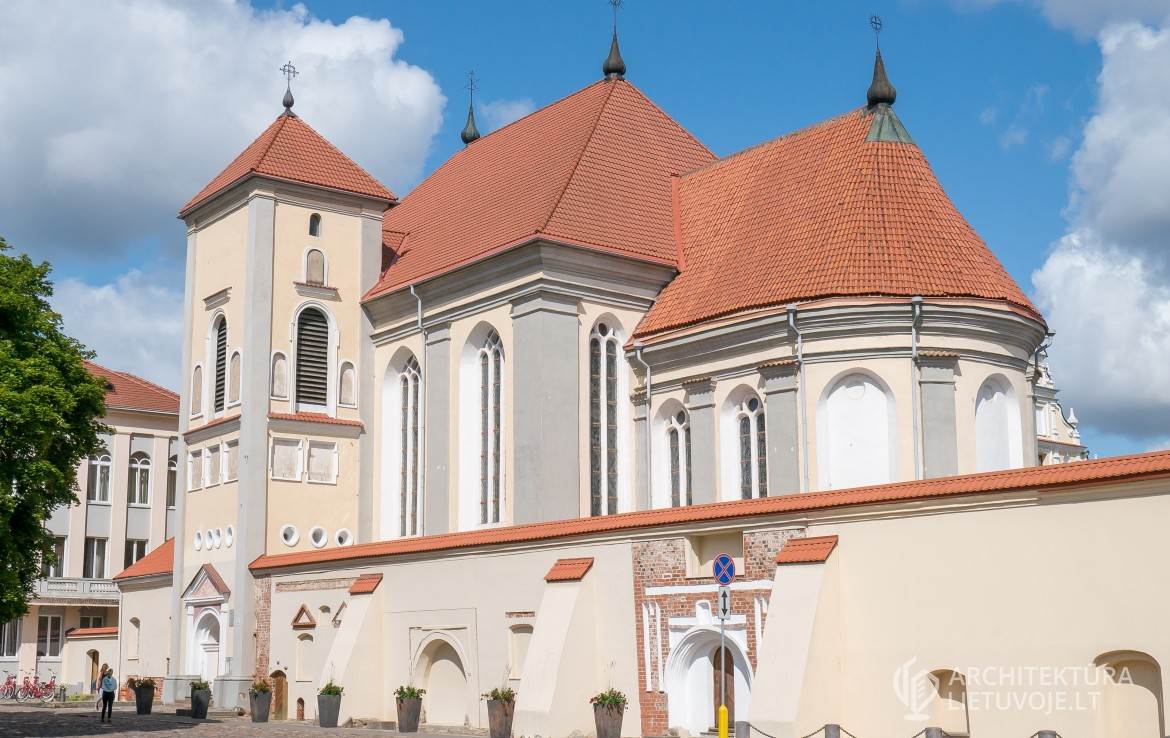 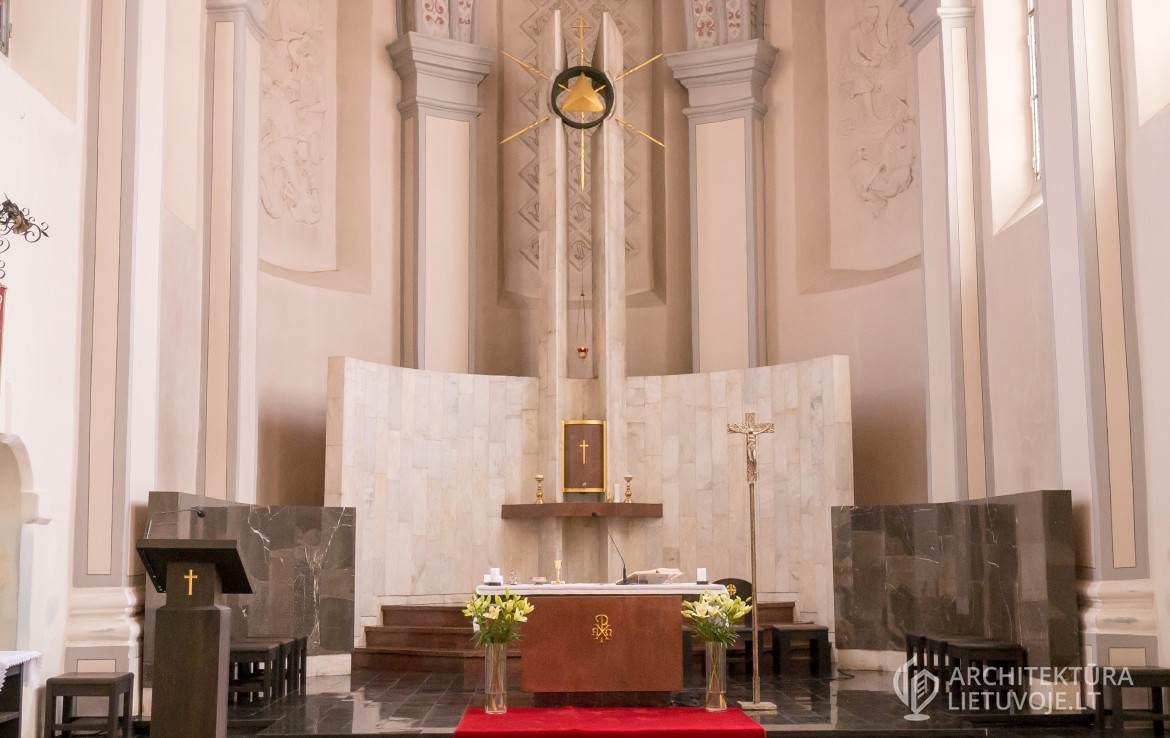 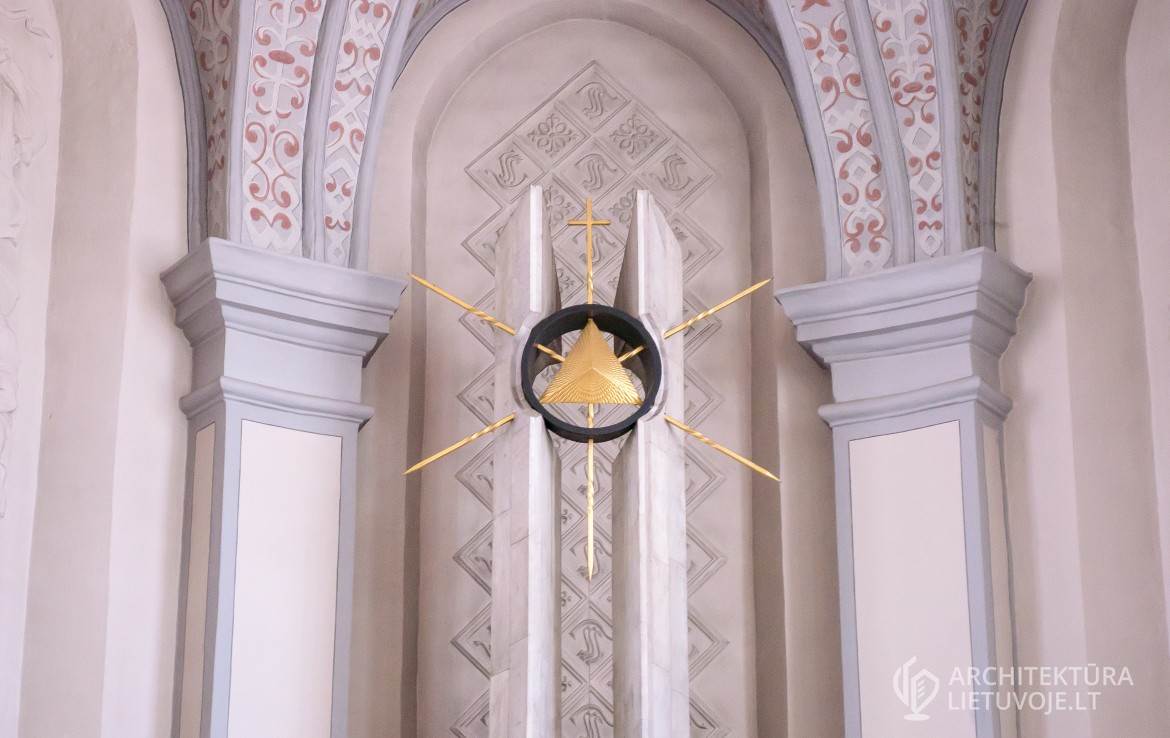 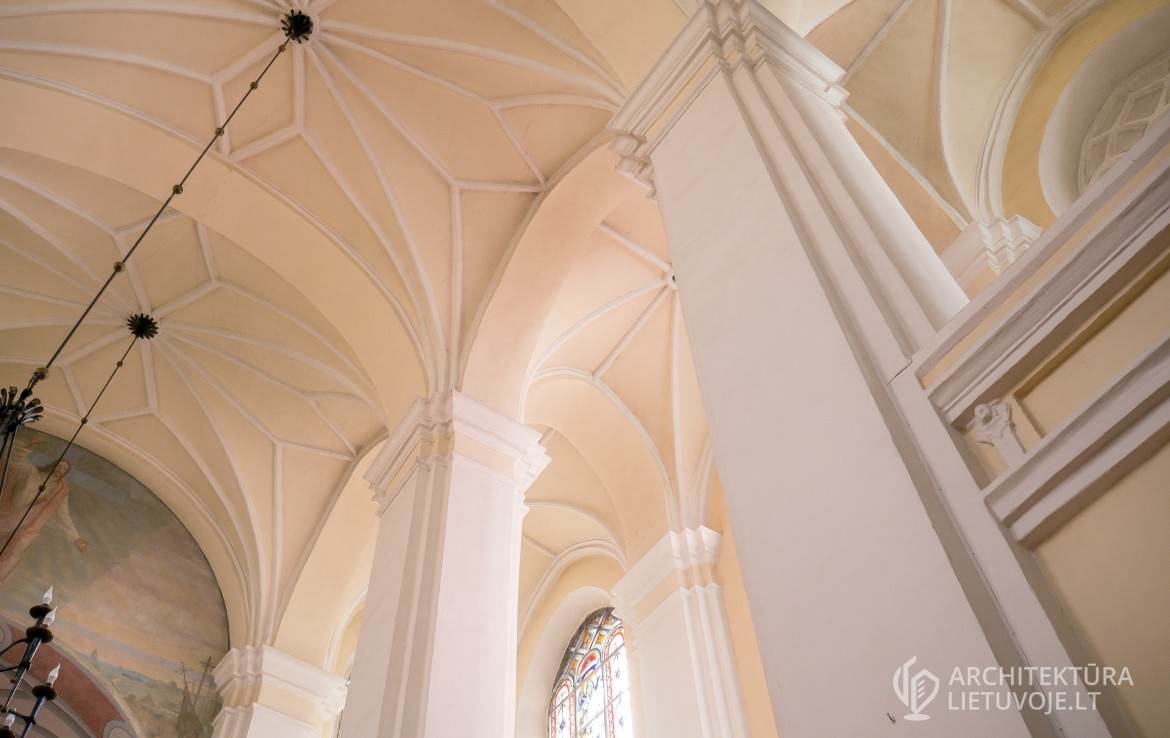 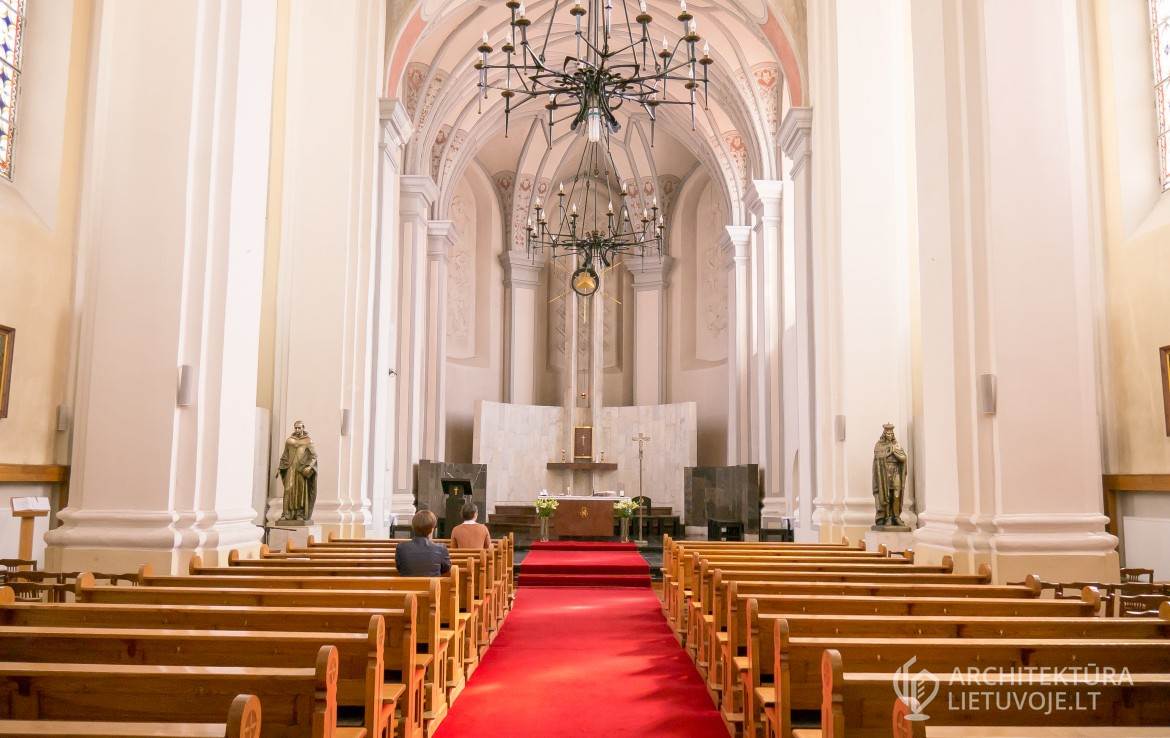 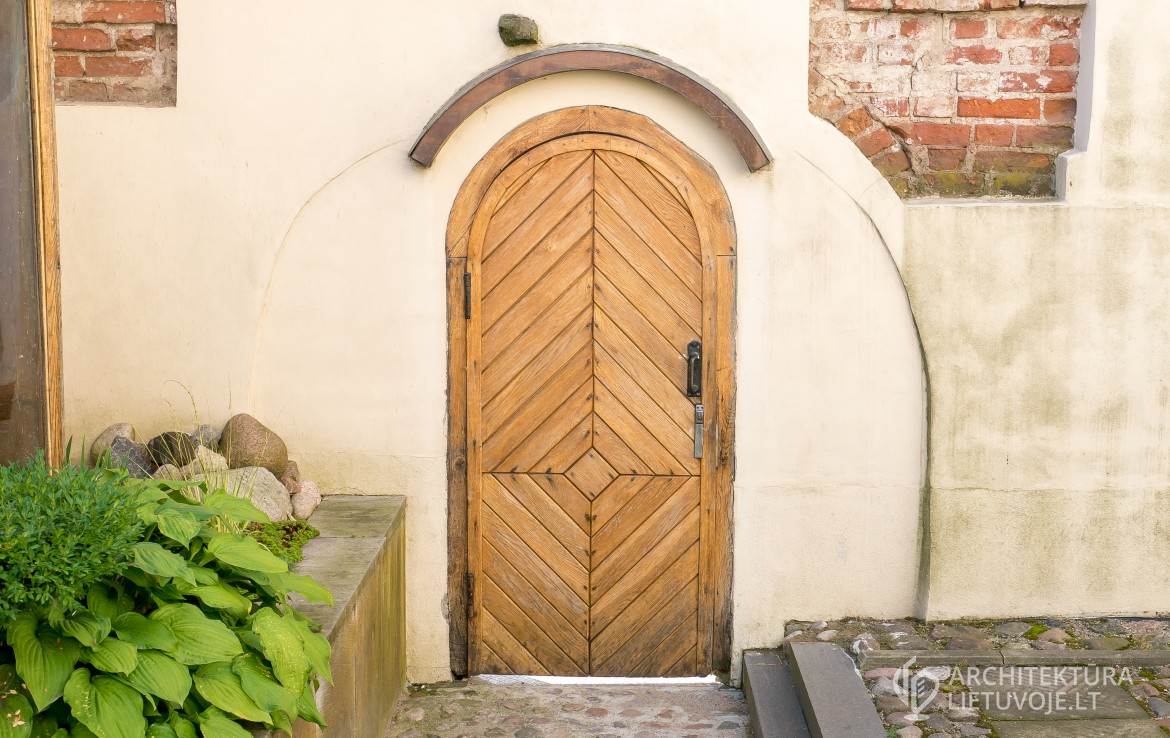 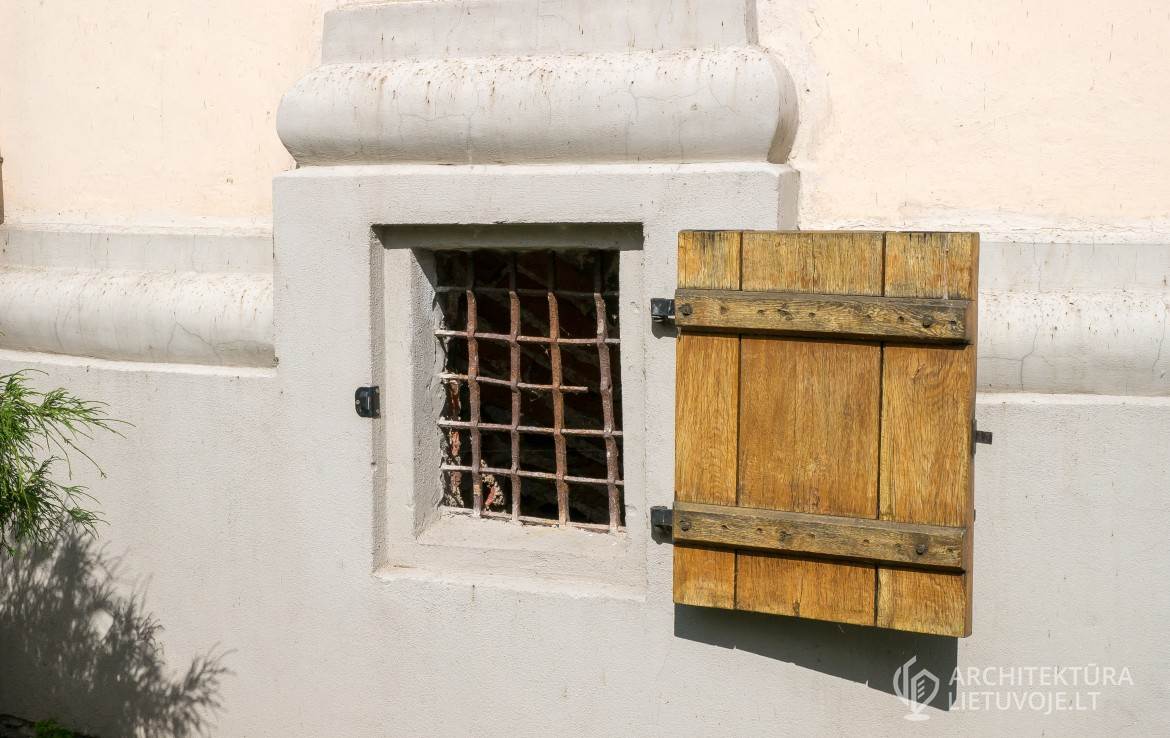 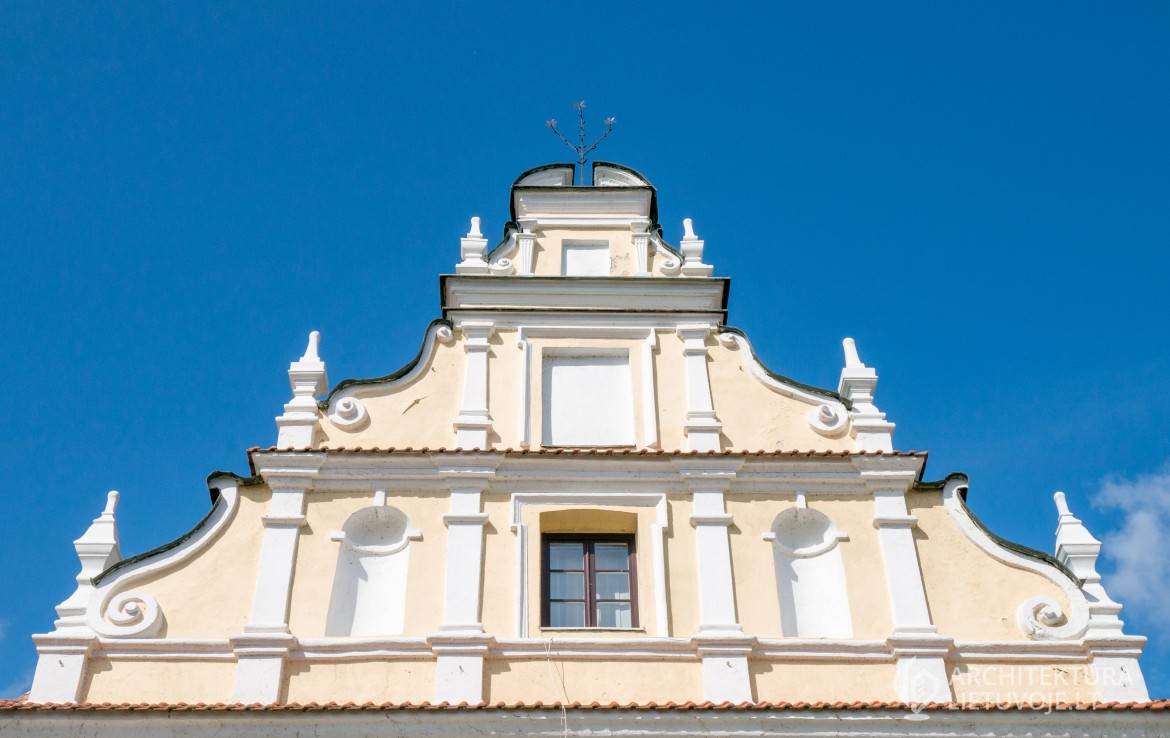 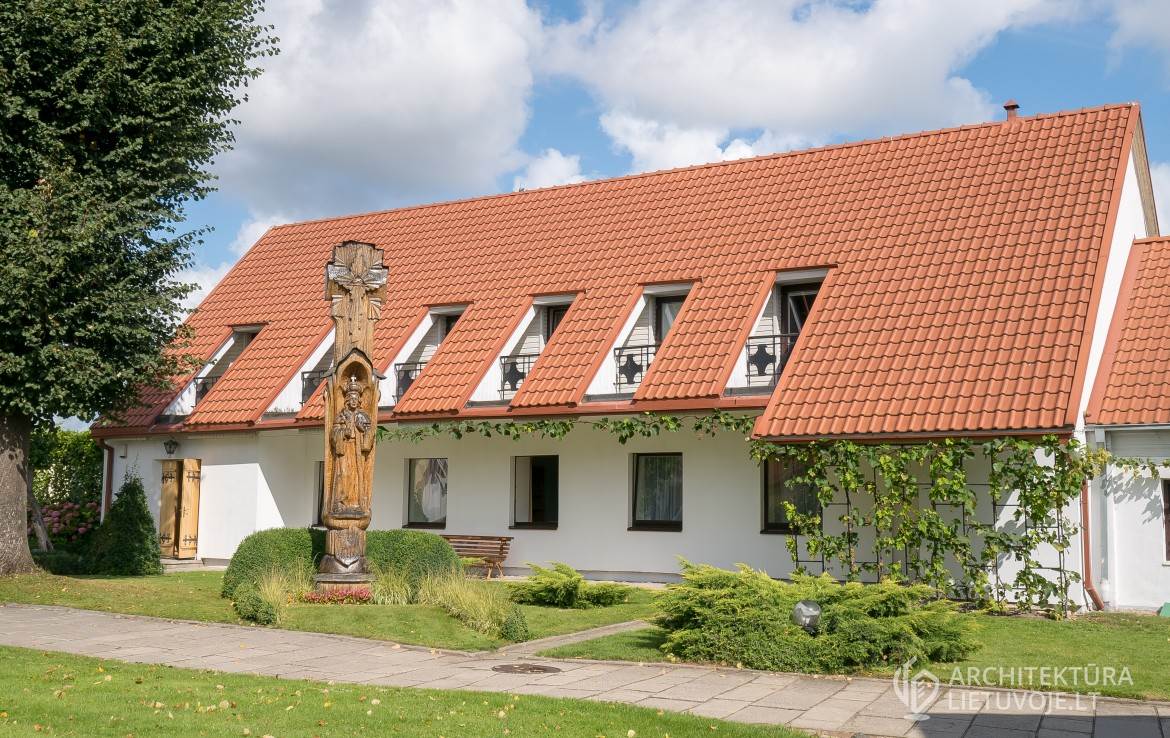 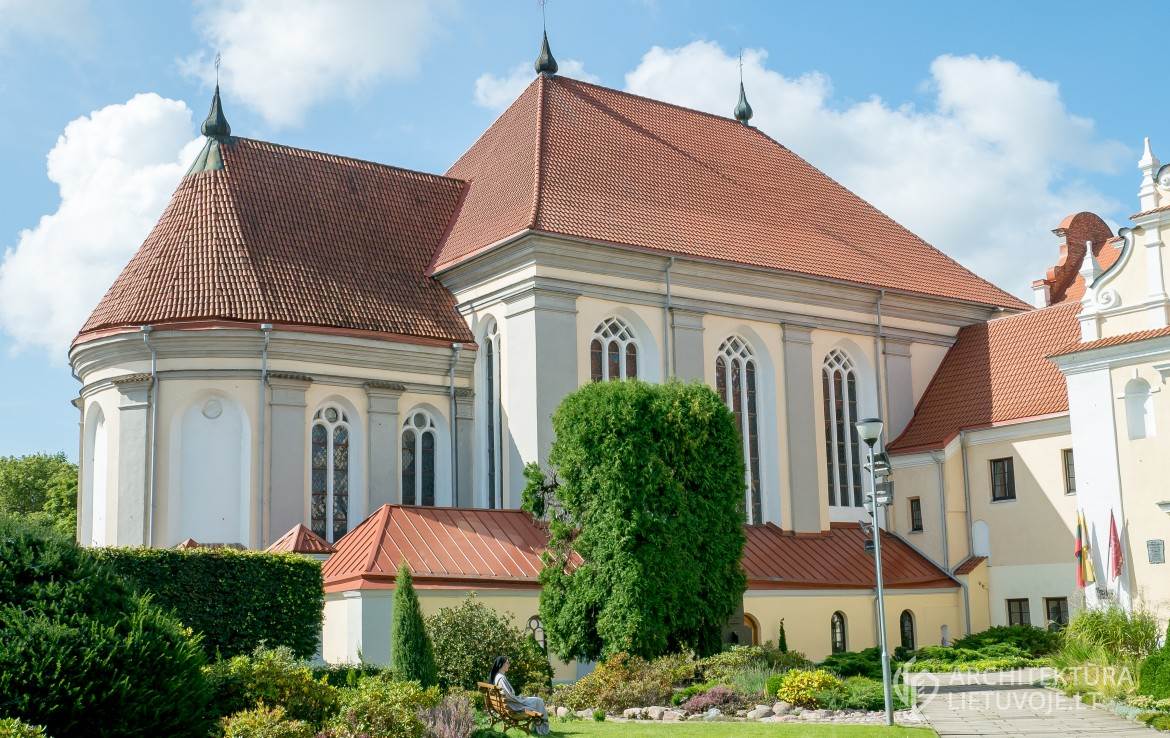 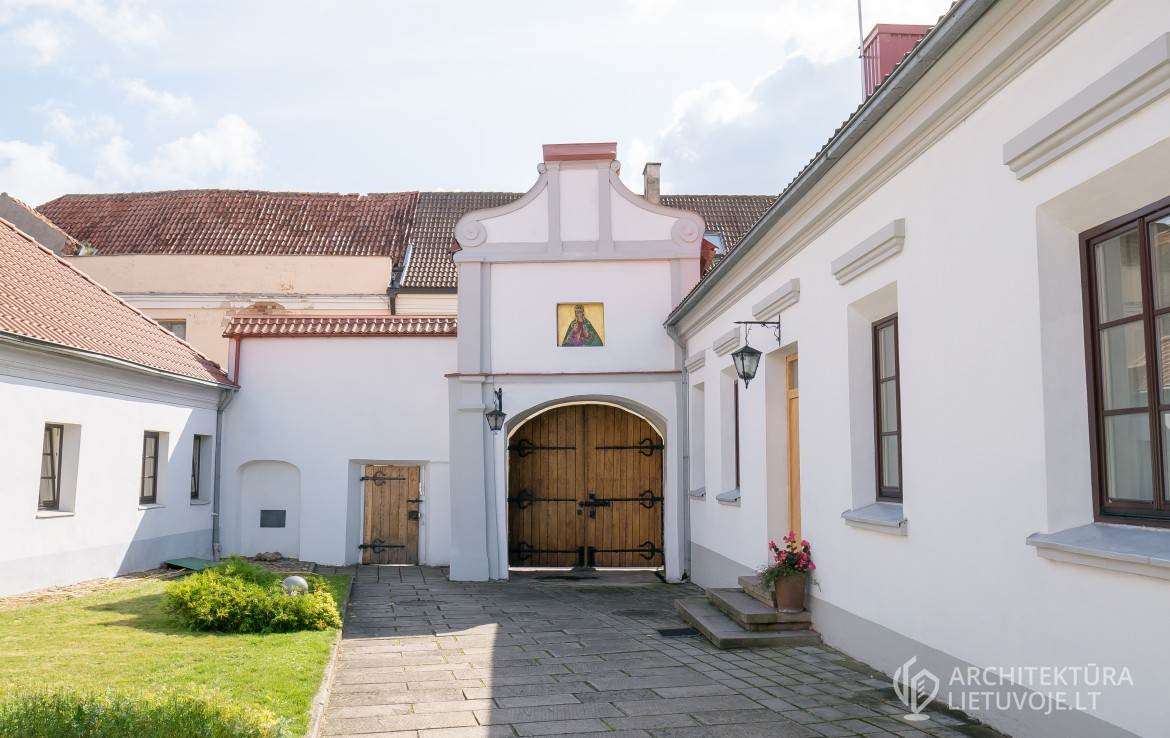 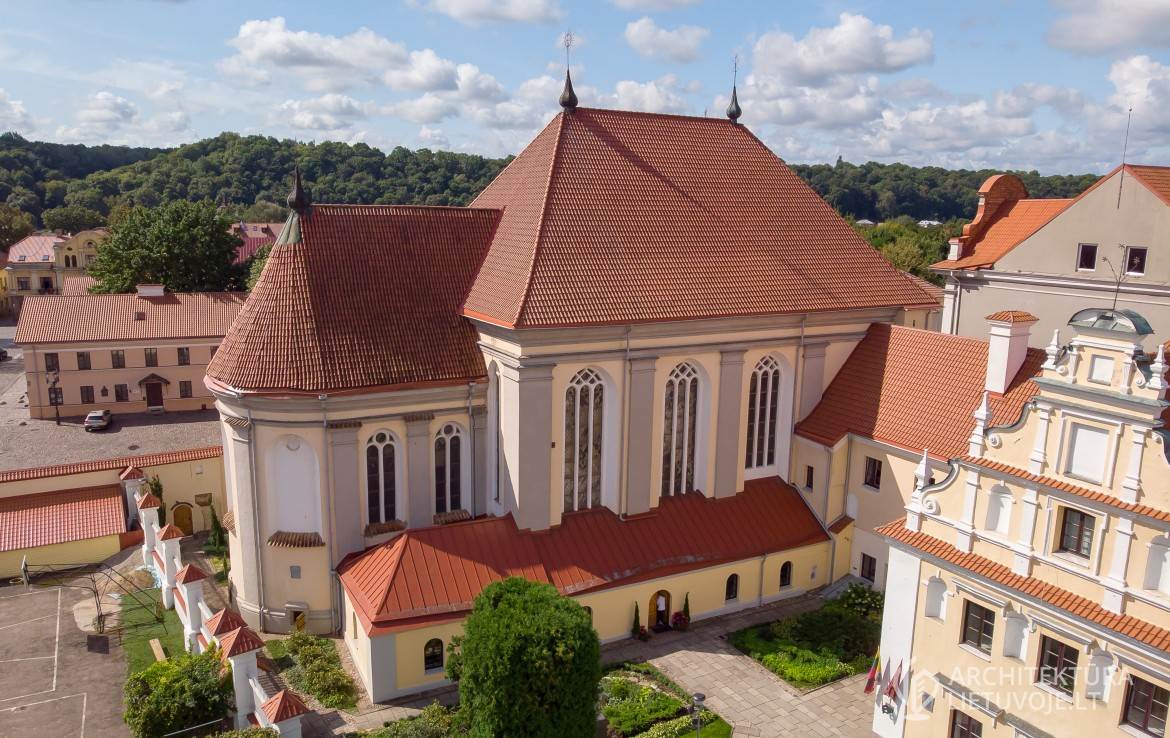 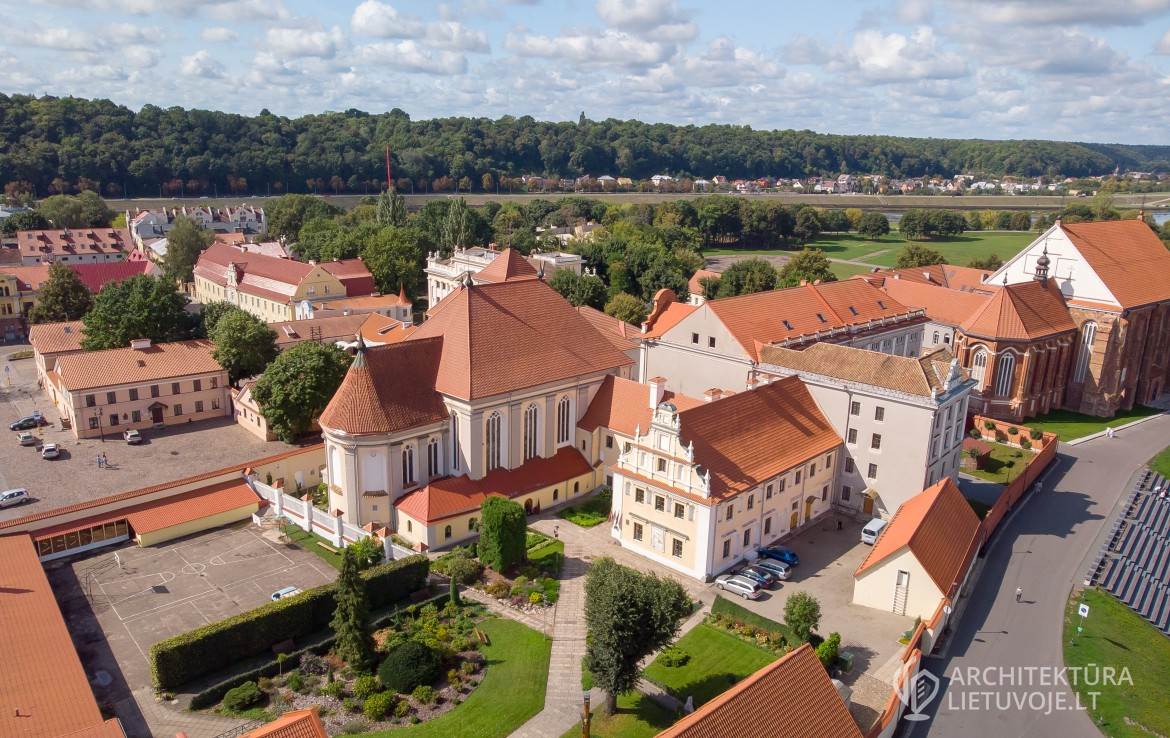