The tradition of the Byzantine architecture had a great impact on the Orthodox religious buildings – this was particularly evident through the plan of the Greek cross with its cantered large dome and the highly distinctive décor of the interiors. As the style of Historicism spread, the so called neo- Byzantine architecture started appearing in the Russian Empire, splitting into a few branches in the construction of Orthodox churches. One of them – “the Russian Byzantine style”, which was often found in the larger church buildings constructed in the western parts of the Russian Empire, in the second half of the 19th century, and were associated with the Russification of the former Republic of Both Nations. The central dome here was surrounded by smaller domes and half domes connected or separated by it. Often, these buildings were eclectic, incorporating elements of other historic architectural styles into their architecture.

The Kaunas church, having appeared in the late 19th century is an example of this phenomenon. The massive central drum with a dome is surrounded by four smaller ones. Three of the façades are almost identical, with highlighted massive stairs and porticos, on the sides of which, the two three-row columns support the massive entablatures, completed with rounded, bulky arches at the top. The large granite plinth, transforming into large stairs at the porticos, give the building its monumentality.

The front façade, oriented to the main Laisvės alėja is slightly pulled forward – a porch is set up in this area; the building is completed with an octagonal apse in the rear part. The neo-Byzantine architectural details, in the composition of the building, are complemented by neo-Classicistic and decorative elements of Empire style. Looking at the original design of the building, we can see that the building was supposed to be different, but still retaining a slightly different interaction of the Byzantine and Classicistic elements.

What’s more interesting, is that the political message of the building made it extremely controversial in the interwar period – though it was transformed into a Catholic church, but its architectural expression and the domination of the city’s panorama was viewed as a political symbol of the Tsarist period. Suggestions ranged from the complete demolition of the building to its reconstruction into forms closer to the Catholic church, or even conversion to a secular educational building. During the Soviet period the area of the building was used for the installation of Sculpture and Stained glass gallery. 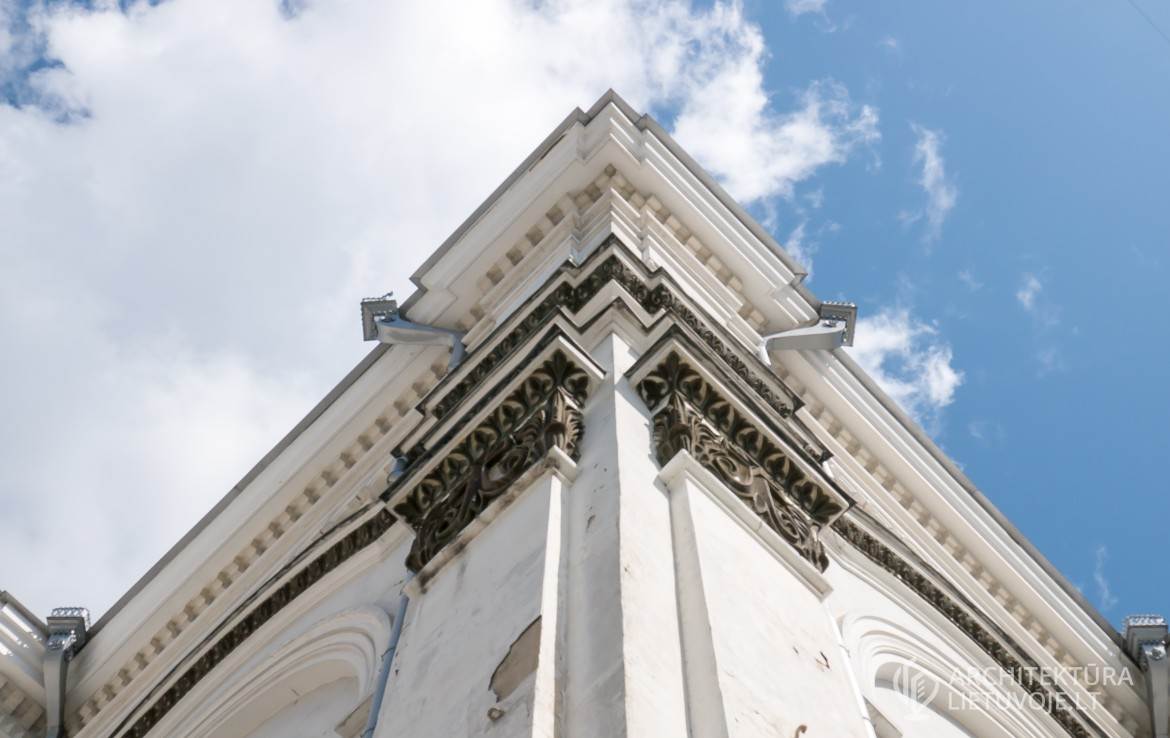 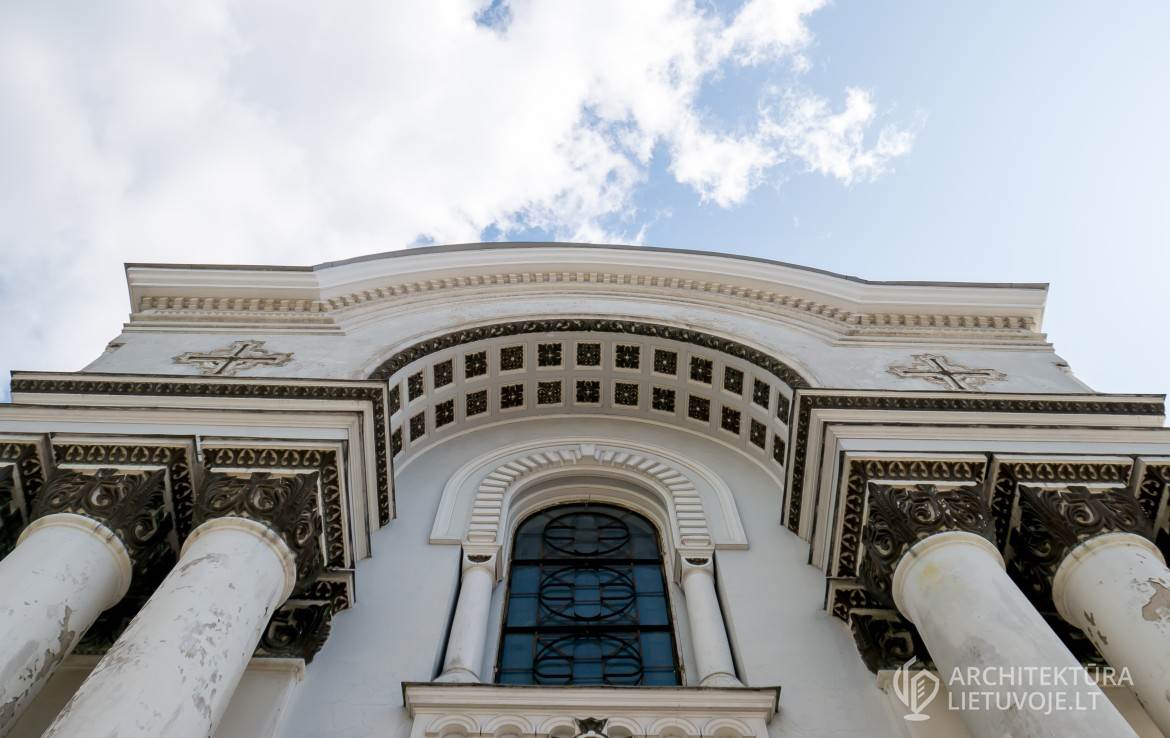 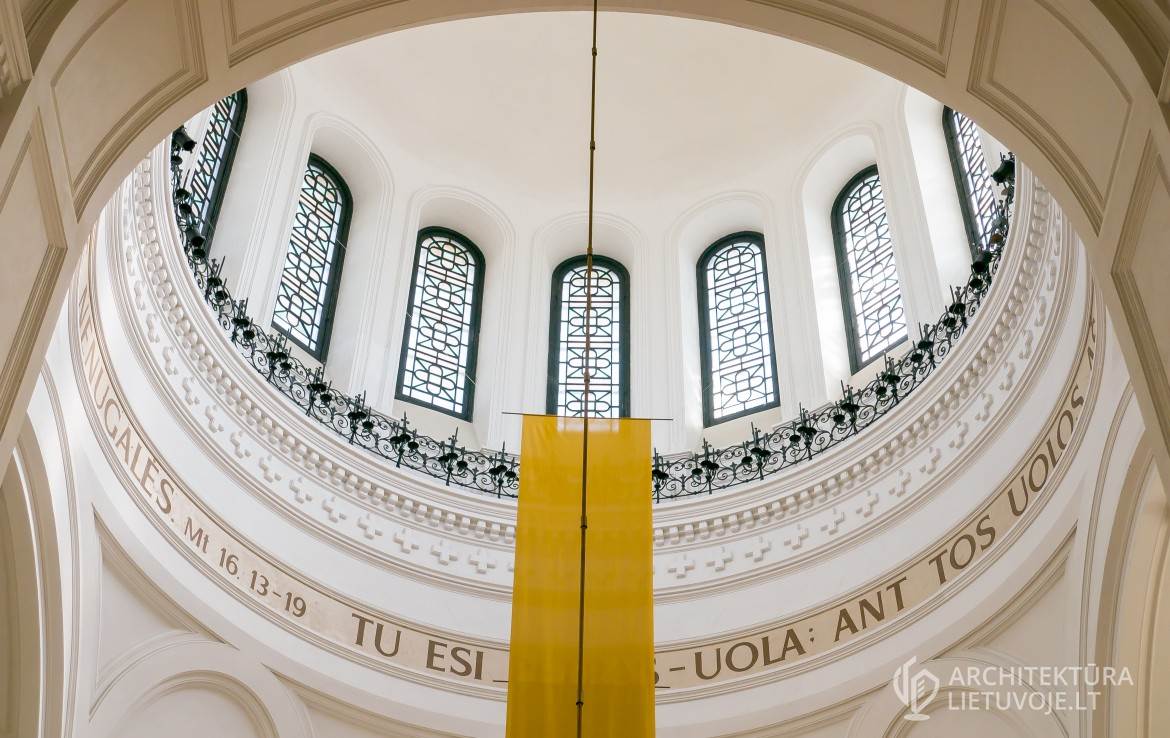 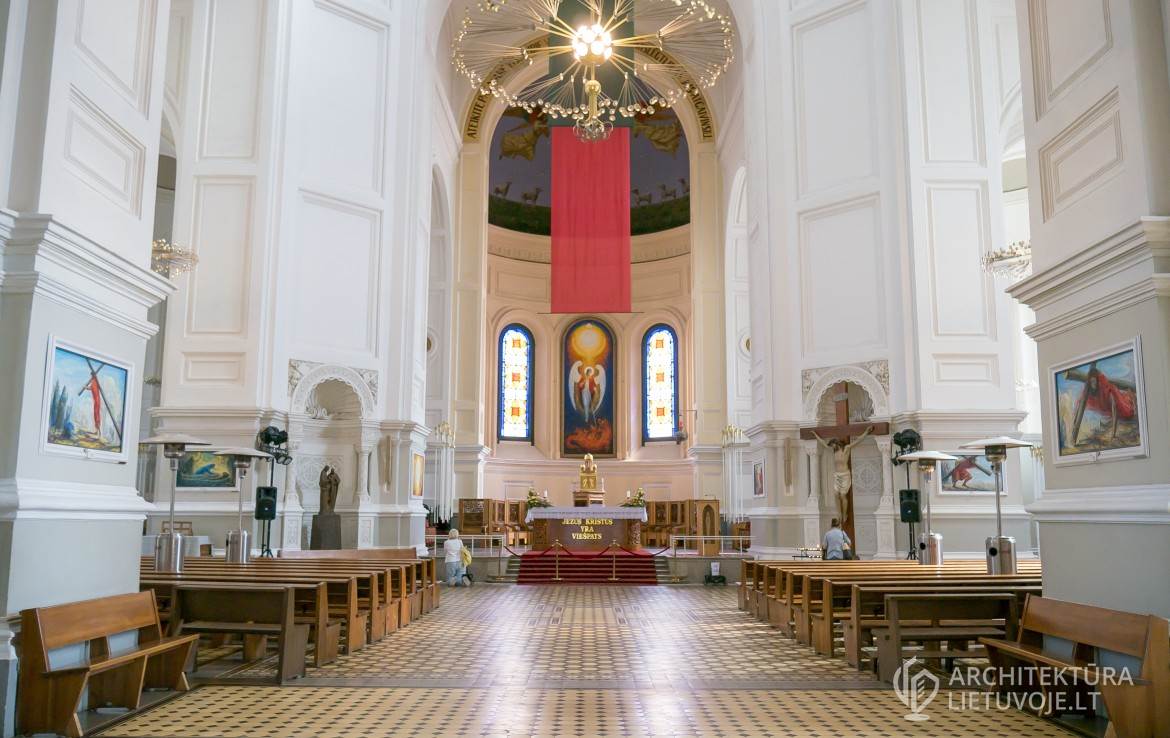 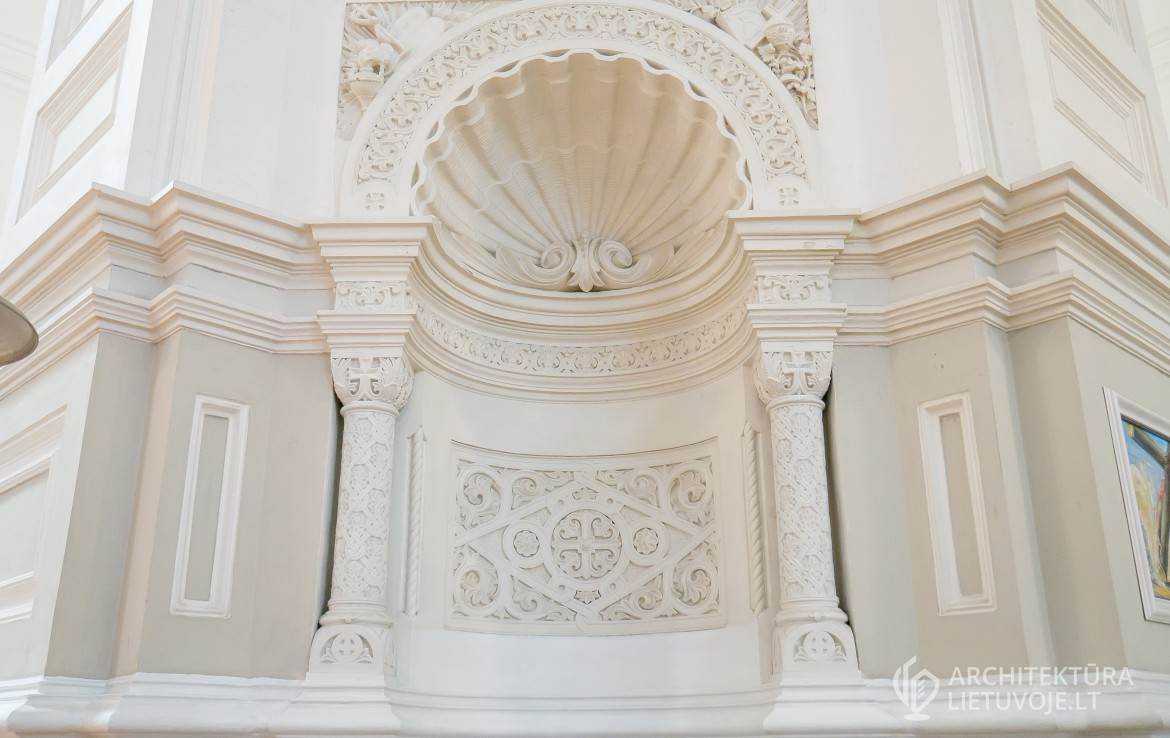 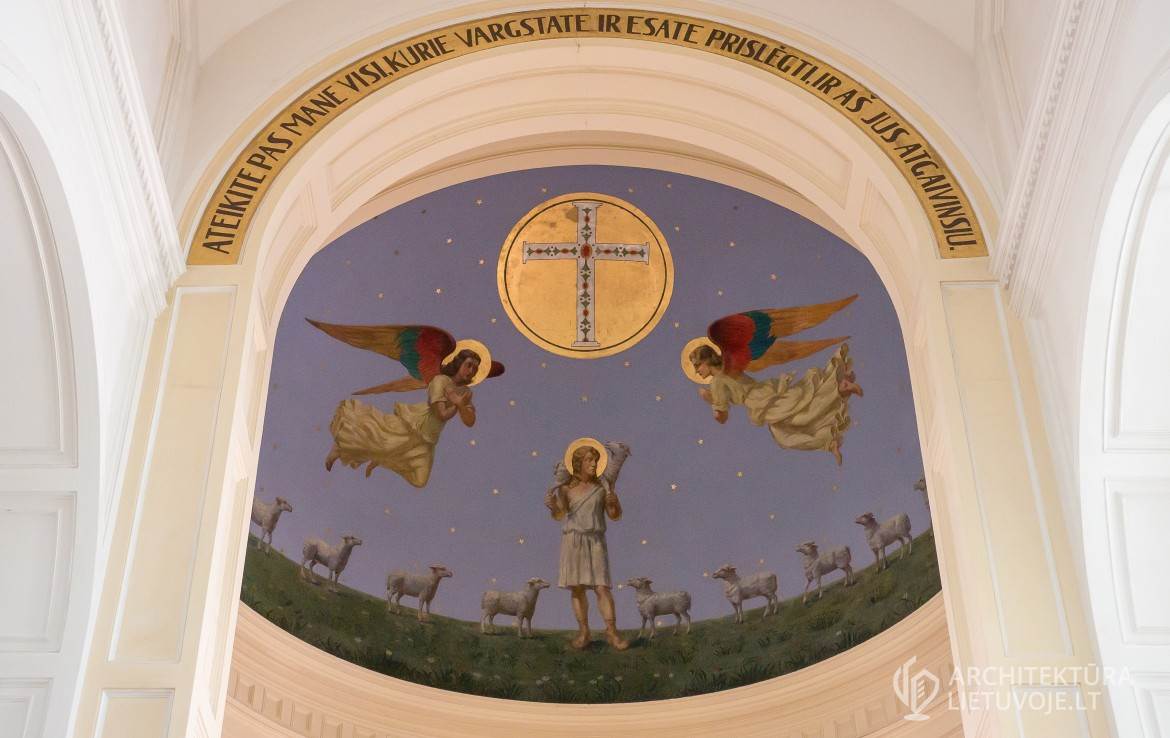 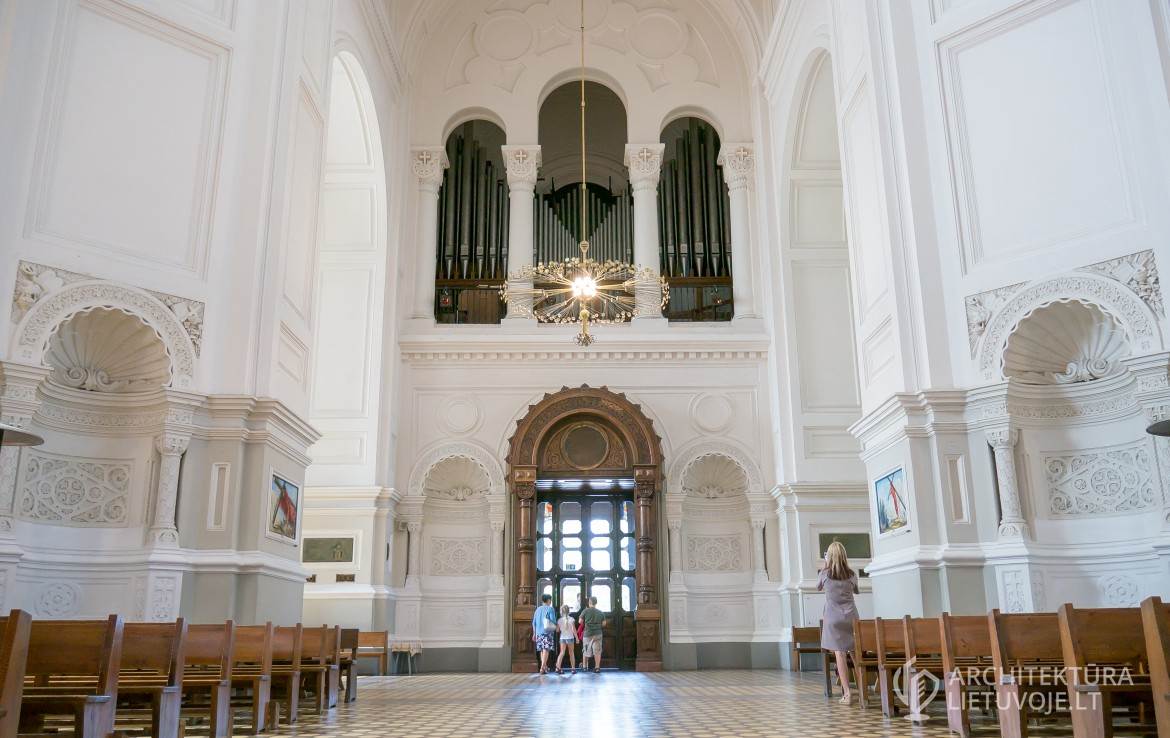 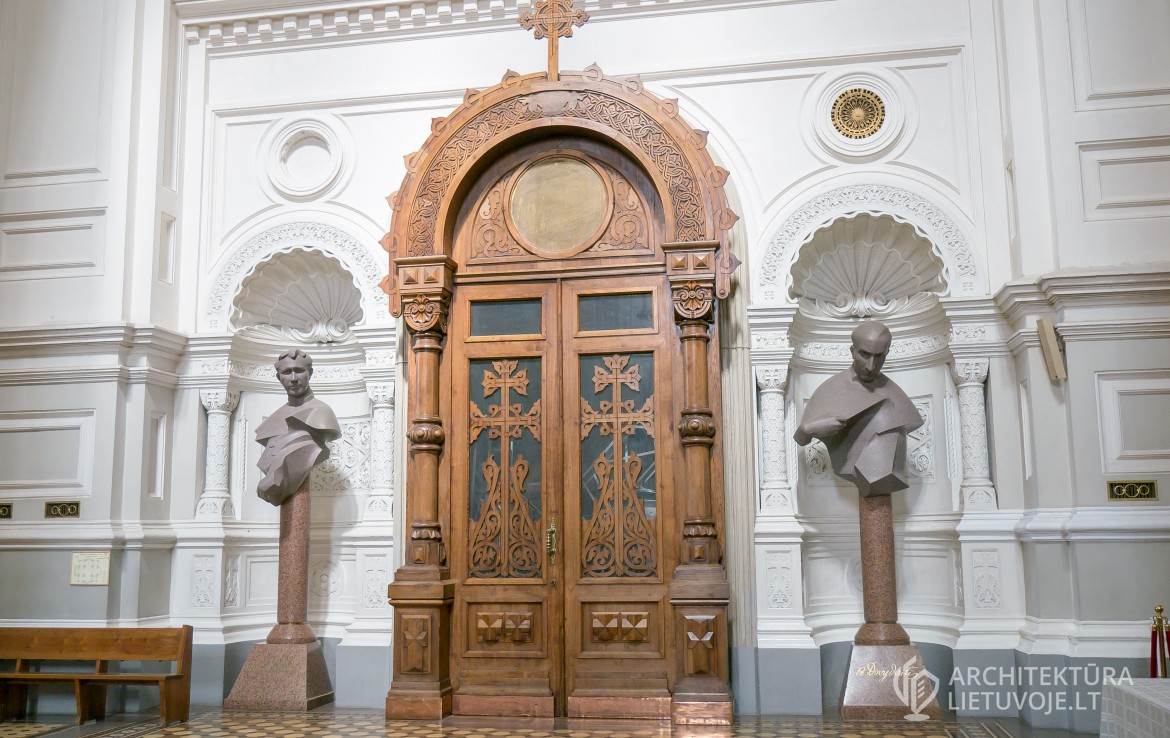 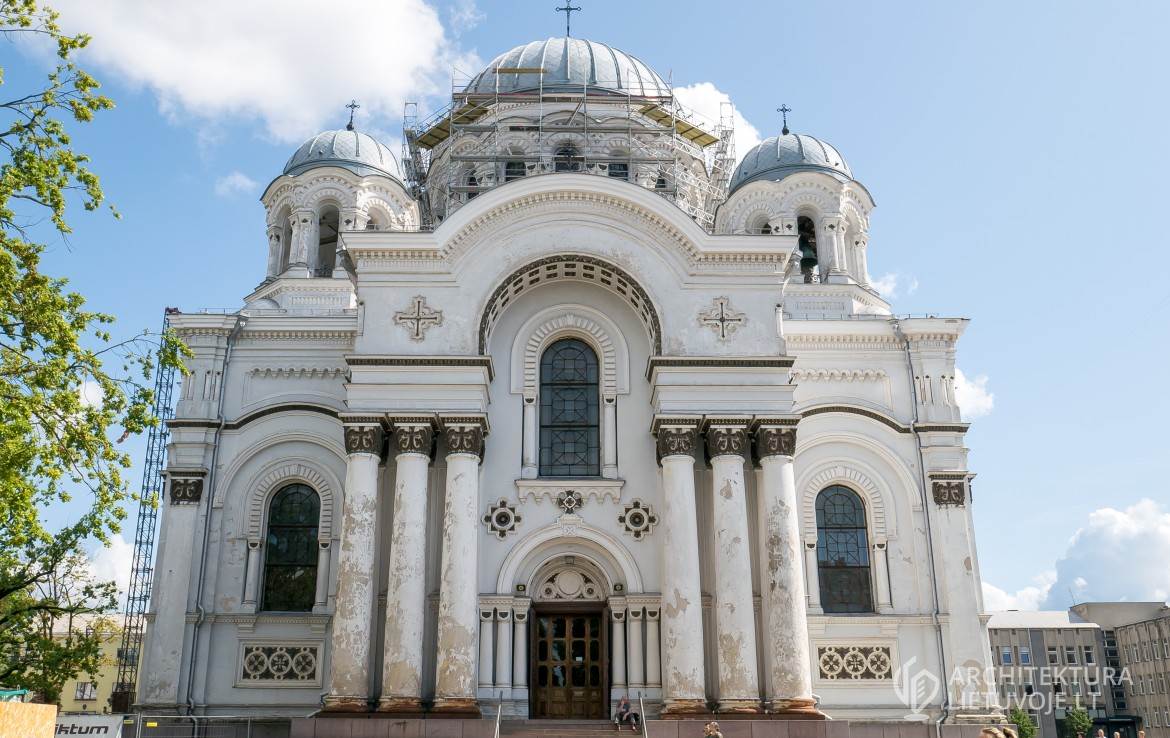 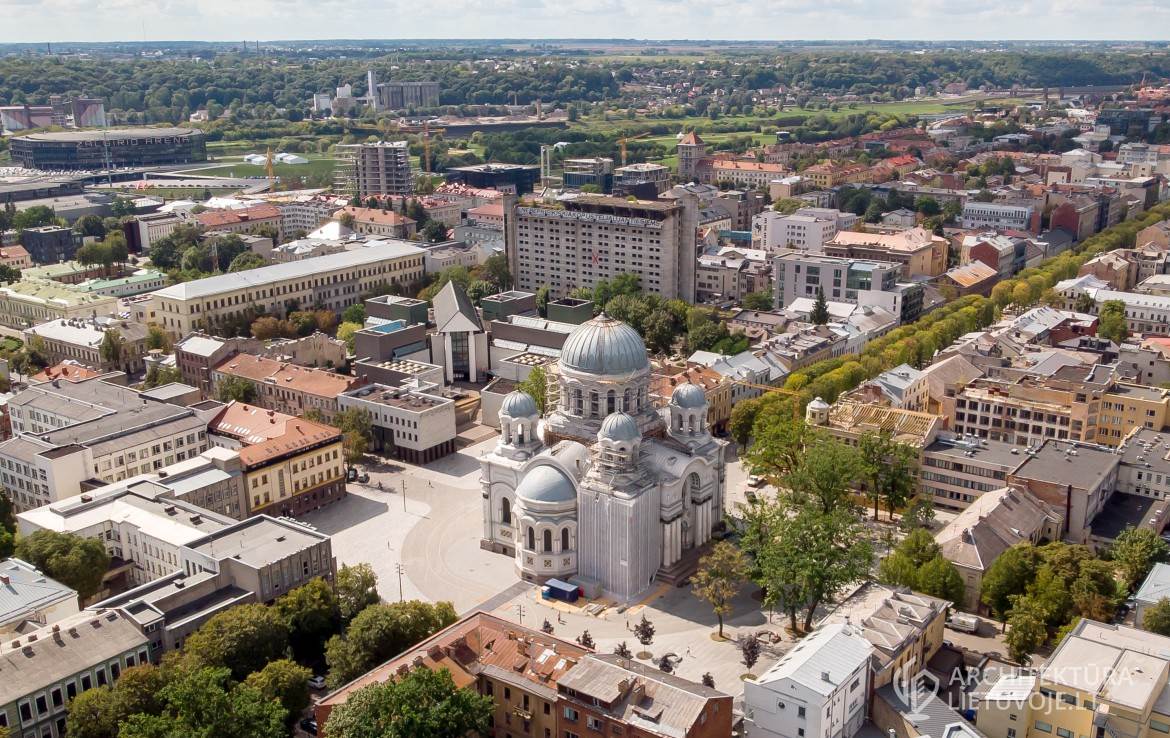 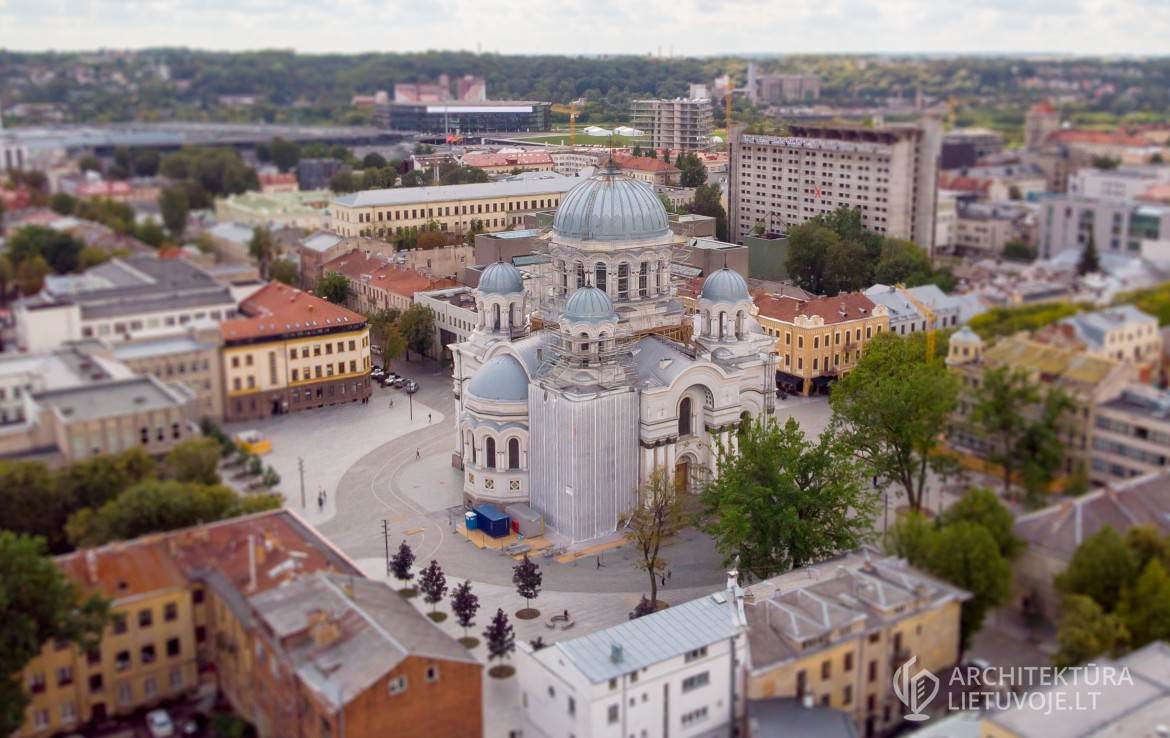 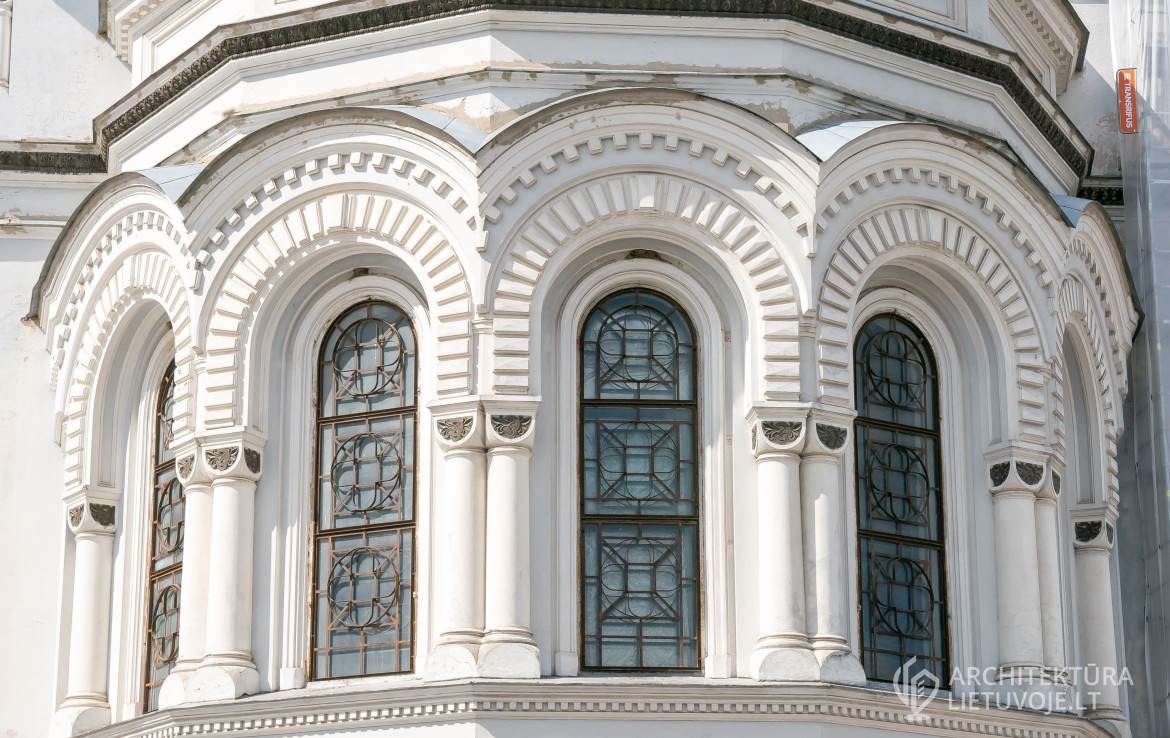 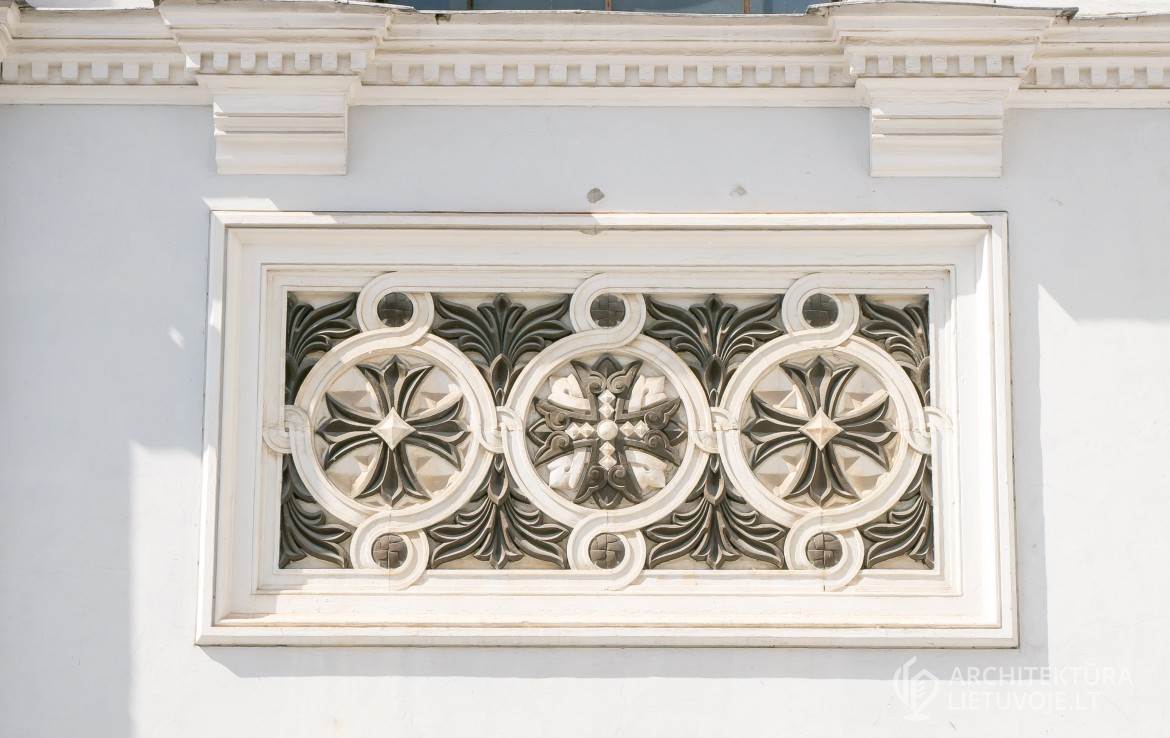 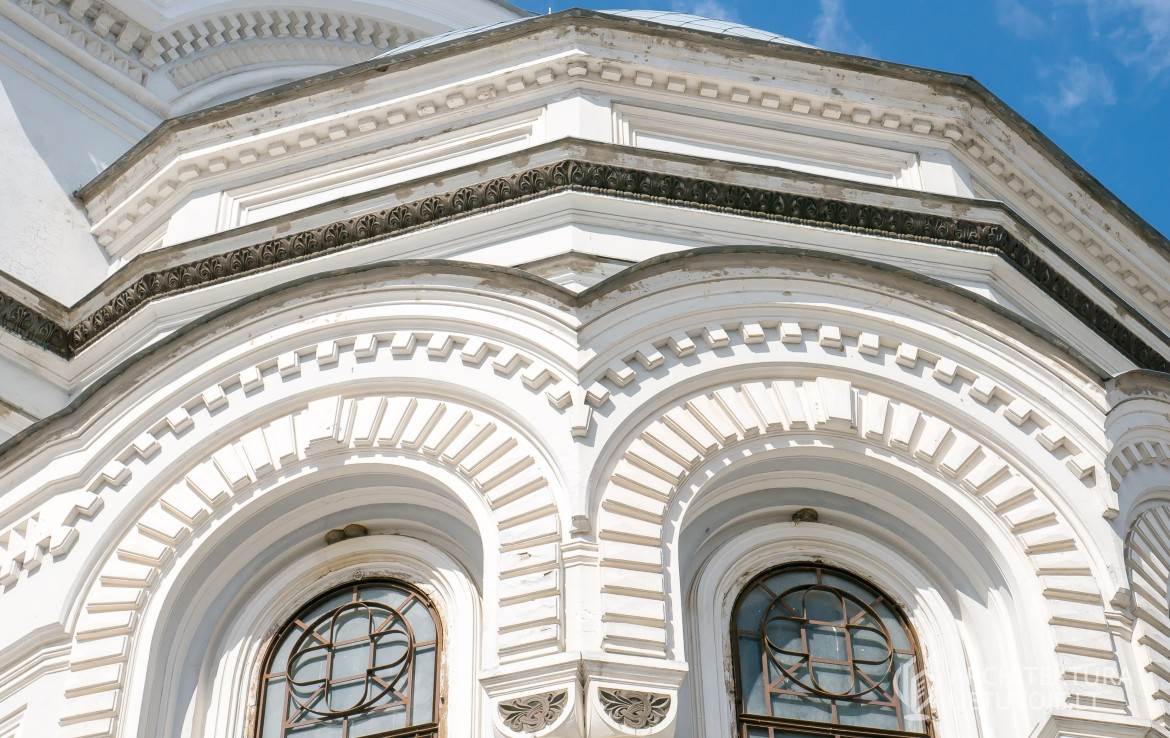 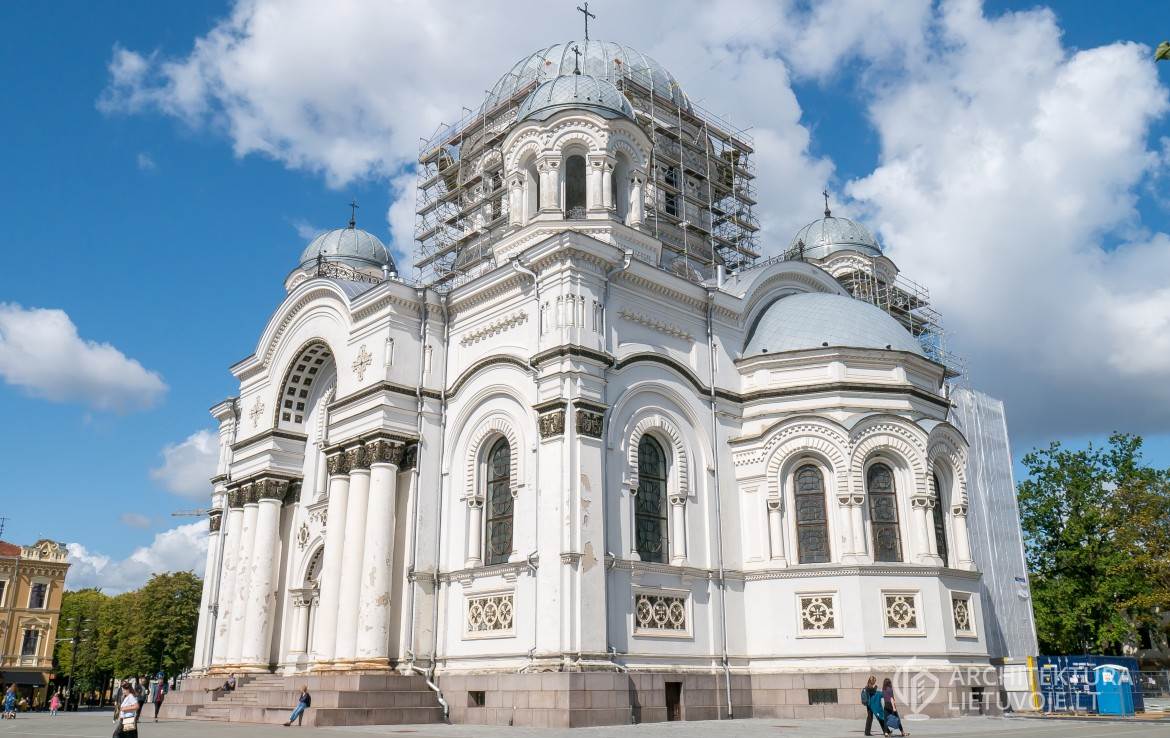 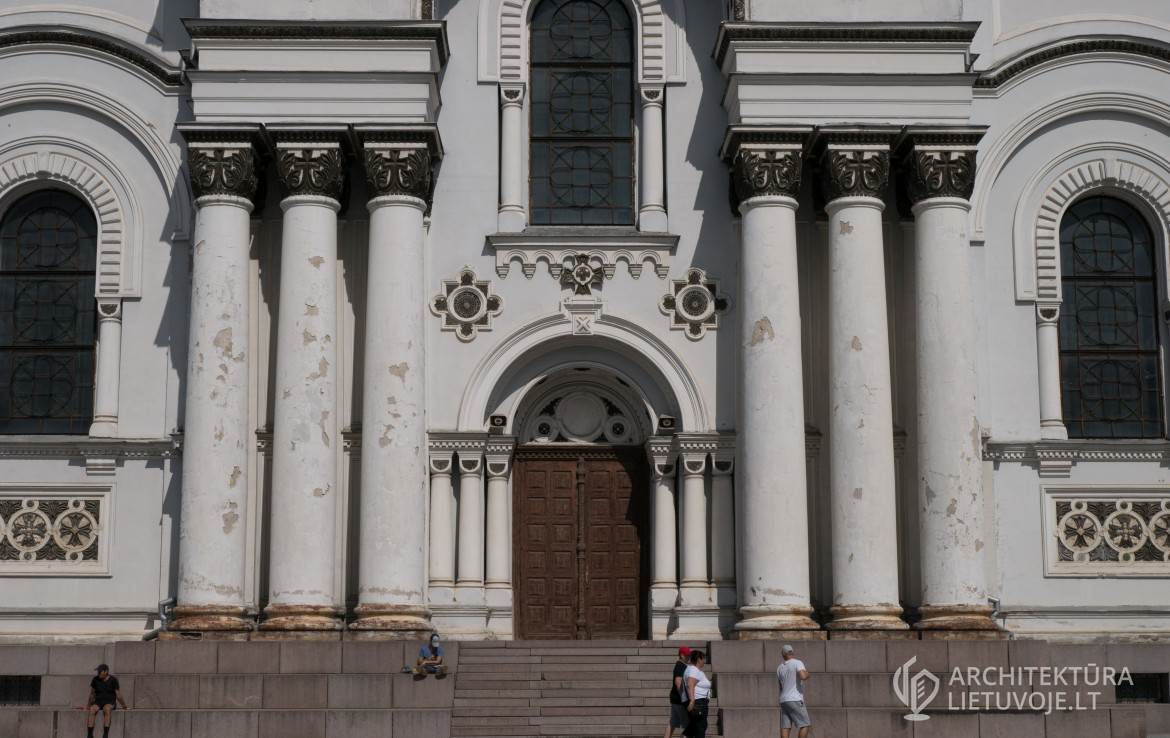 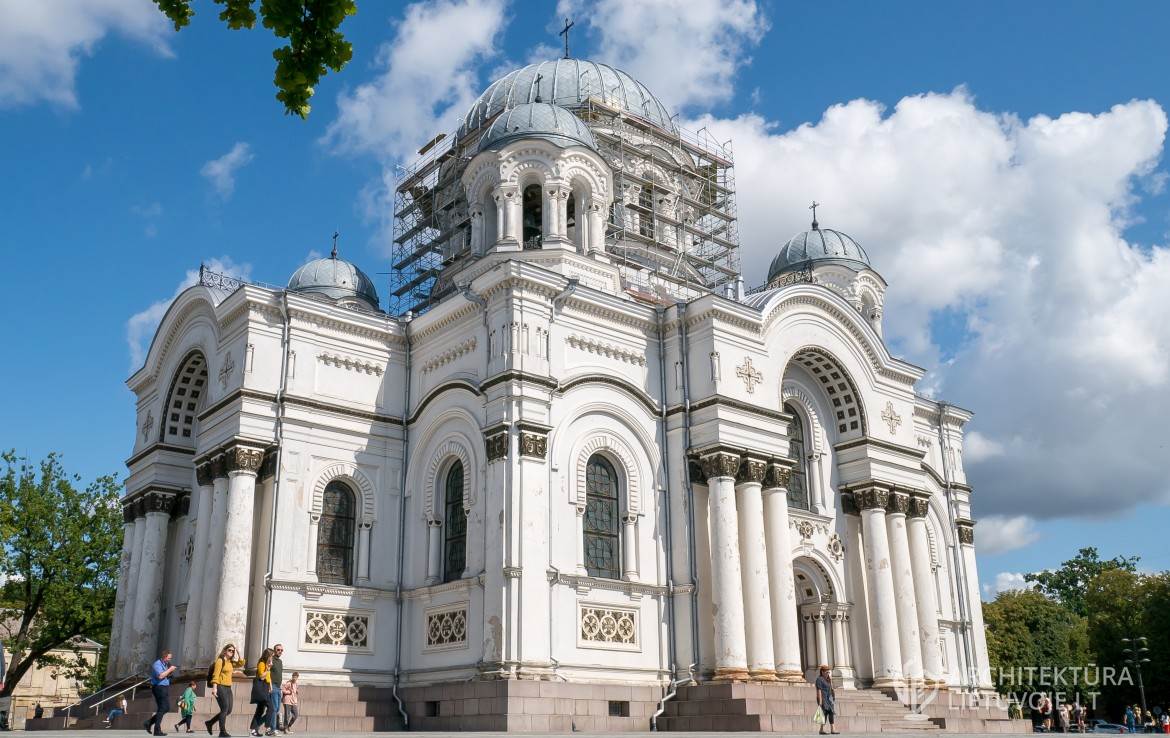 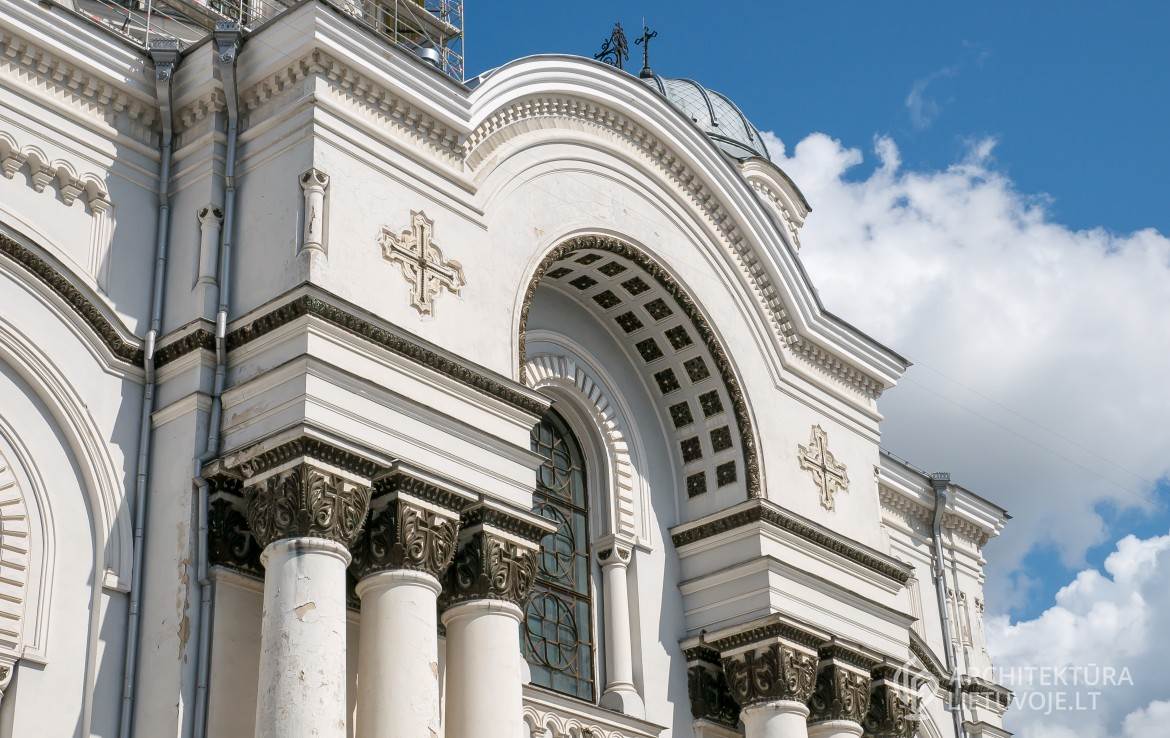 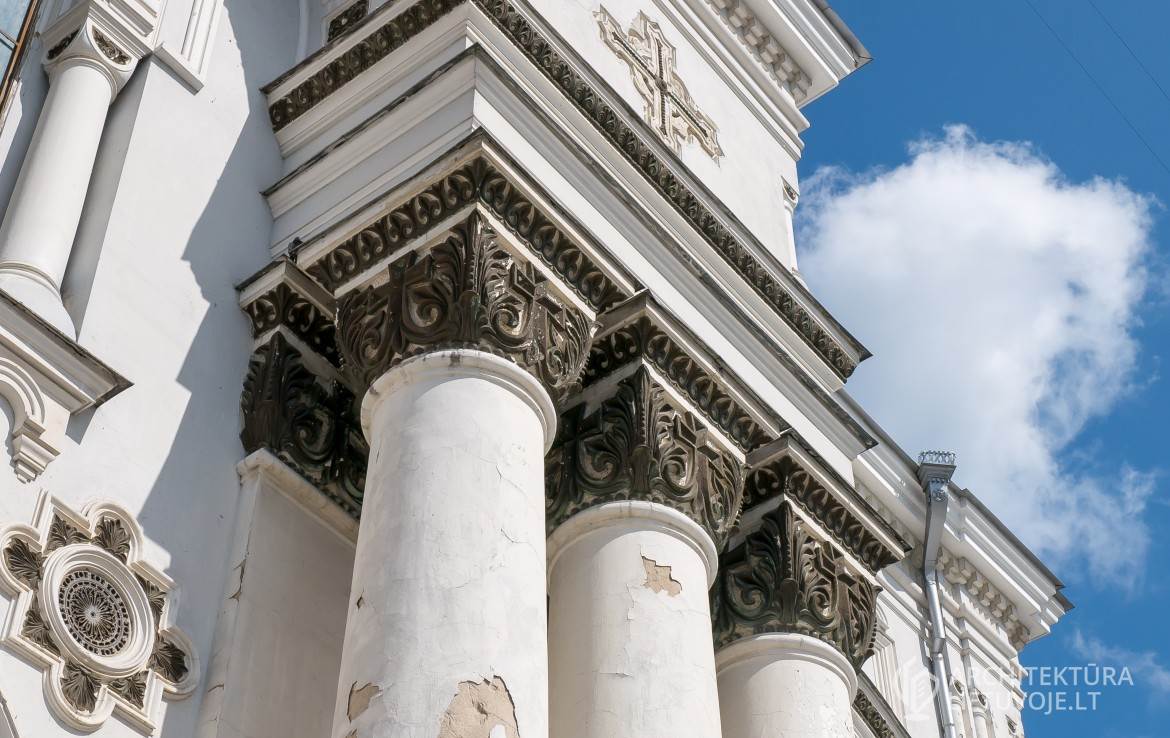