It was when the building of Kaunas Central Post Office marked this breaking point: though the building may be considered as the result of folklore style research, however, architect Feliksas Vizbaras used not only the forms of modernism that were spreading in the surrounding states, but also a part of philosophy. It didn’t take long for the curved windows to become one of the symbols of the Kaunas architecture of that time, and the flat roof, which was considered as a universal expression of the modernistic architecture, did not find its place in the traditions of local construction.  And yet, the curved windows that reflected the European architectural spirit of the time, and the vertical division of staircase windows, had to reflect the forms of national patterns stylistically. The norms of the classical architecture were not avoided as well: for example, a symmetrical front façade has a clearly highlighted granite plinth, and the middle part of the portal of the entrance continuing it is framed with semi-columns.

The building consists of three corps – the main one, administrative and a public corps of four-six-storeys, a two-storey yard corps of laconic functionalistic architectural forms, intended for the distribution of parcels and an operations hall corps connecting them. The main lobby is divided into two parts by a line of columns and semi-columns, which, together with the caisson ceiling, wooden wall panels, contrasting colour solution and the pattern of floor tiles, which are interpreted as a folklore pattern, create a strong representative impression.  A board holding the names of the most important builders still remains here.  One of the most impressive remaining interiors of the interwar period is the main operations hall, having retained a large part of its original image, including the “folk” pattern of floor tiles, a cornice based on floral motif with the luminaires integrated in it (the same solution has also remained in the meeting room on the second floor), partitions and some furniture. Important accents are the three paintings of Kazys Šimonis, the 103 post stamps from the 1920s painted by Petras and Rimtas Kalpokai and two of the three former emblems of the city – currently a clock is hanging where a former emblem of Grodno used to be. Many authentic elements, such as door handles, profiled cornices or wall décor have still remained in various areas of the building.

The post office building is one of the public buildings, which appeared in the commemoration of the year of Vytautas the Great in 1930.   During the construction of the building it was attempted to use as much of the local materials and the skills of local craftsmen as possible. As appropriate for a modernistic building and the communications centre of the country, it was equipped with the latest technology and a lot of money was put into the representativeness. The impression of the building is enhanced by the location of the land plot: instead of being just a part of the perimeter of Laisvės alėja, it completes the axis of the I. Kantas street. A digital clock installed a bit later in 1935 and running to date became an important accent of the building. J. Grodzenskis and J. Kaplanas who worked on many of the most important interwar buildings in Kaunas, were responsible for the installation of the building. Since the Board of the Post Office was also responsible for the development of the telephone communications, the most advanced automatic phone station was built near several years later, the main Ožeškienės str. corps of which remained to this day. 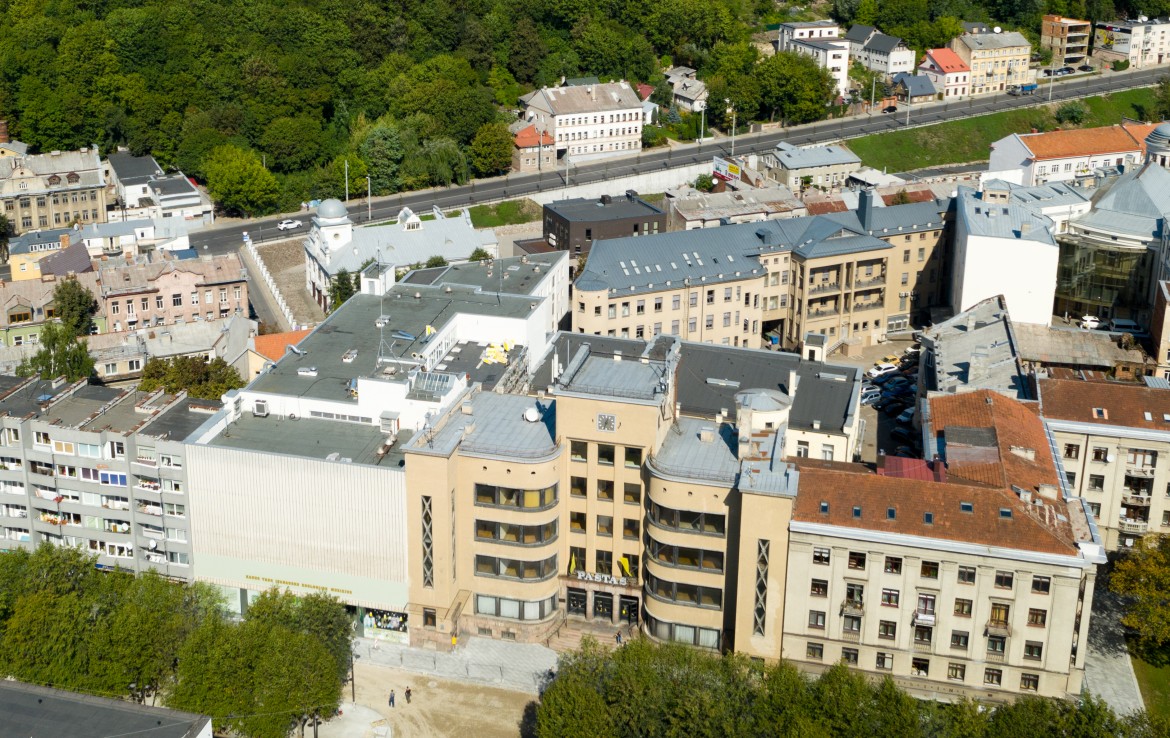 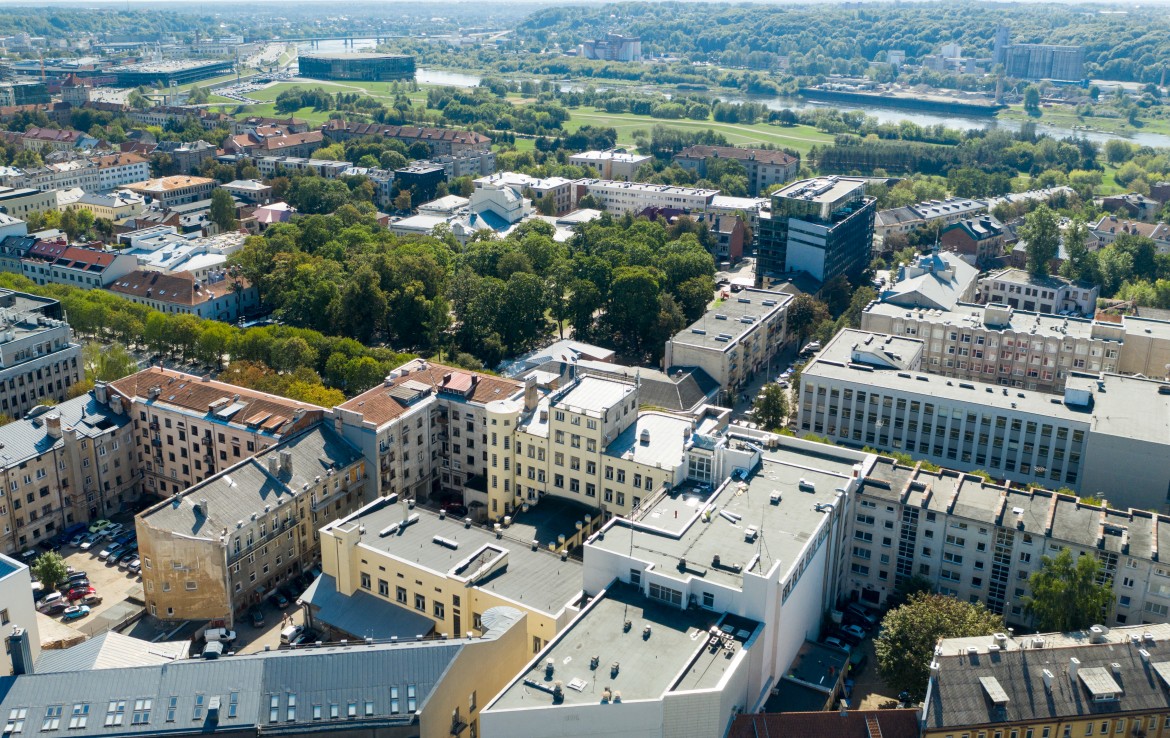 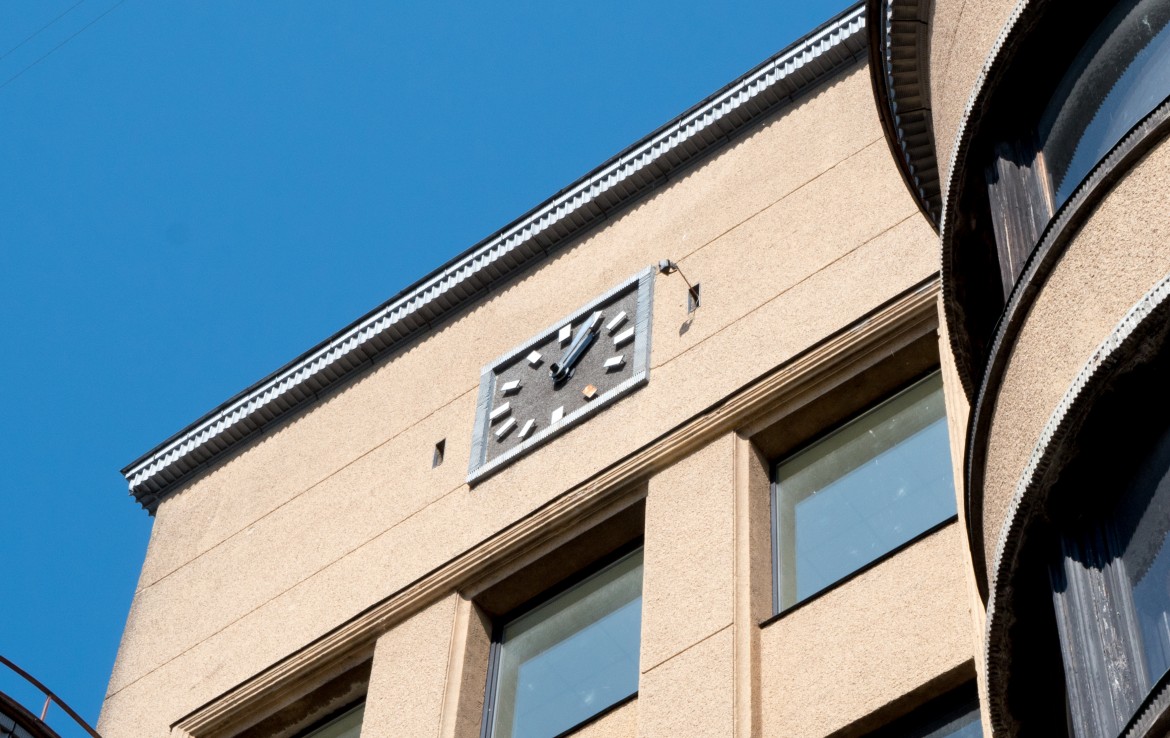 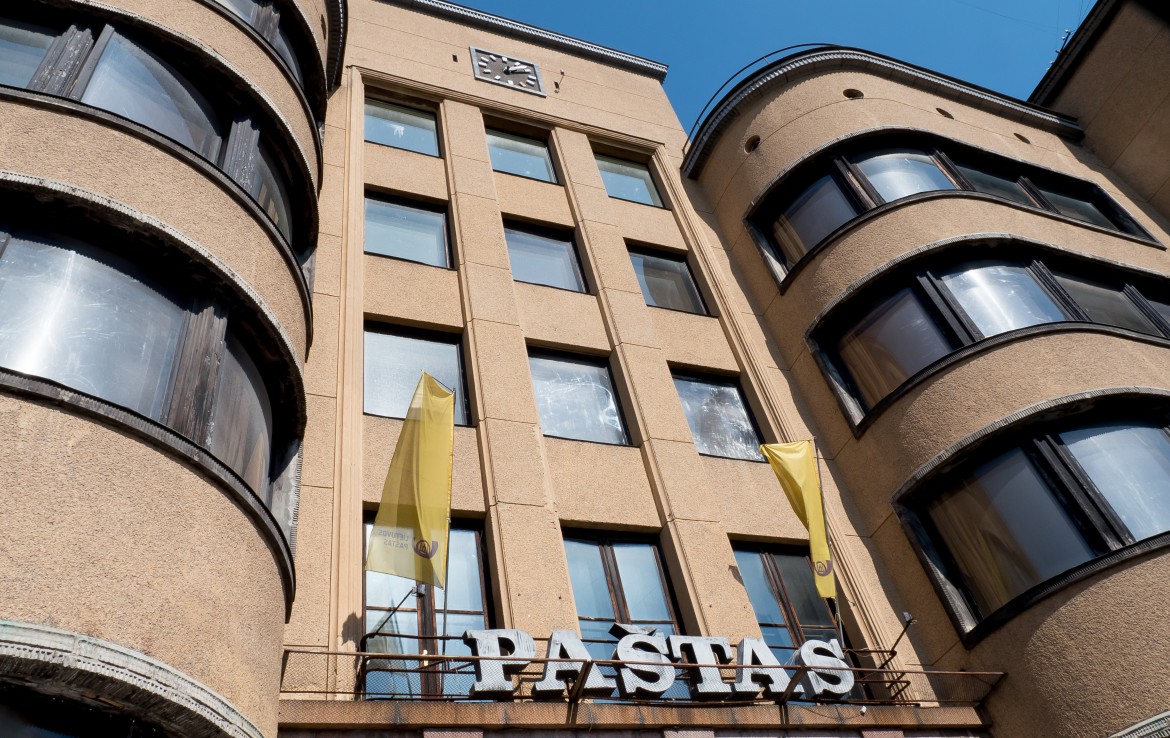 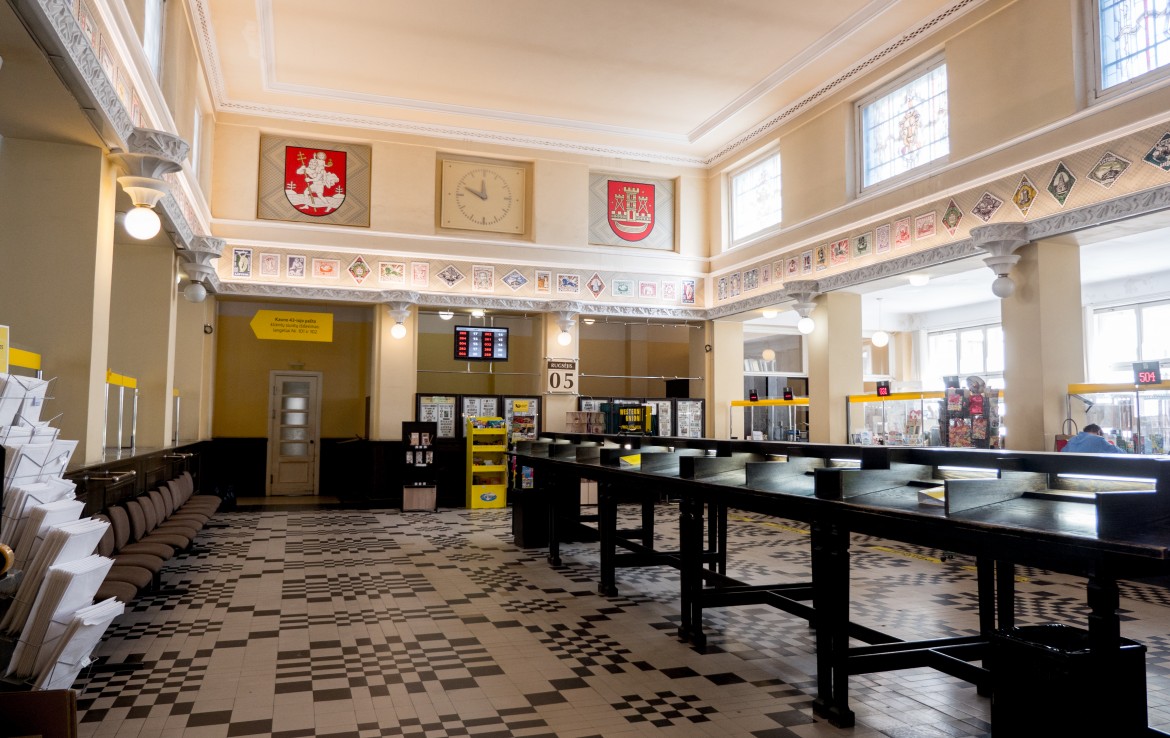 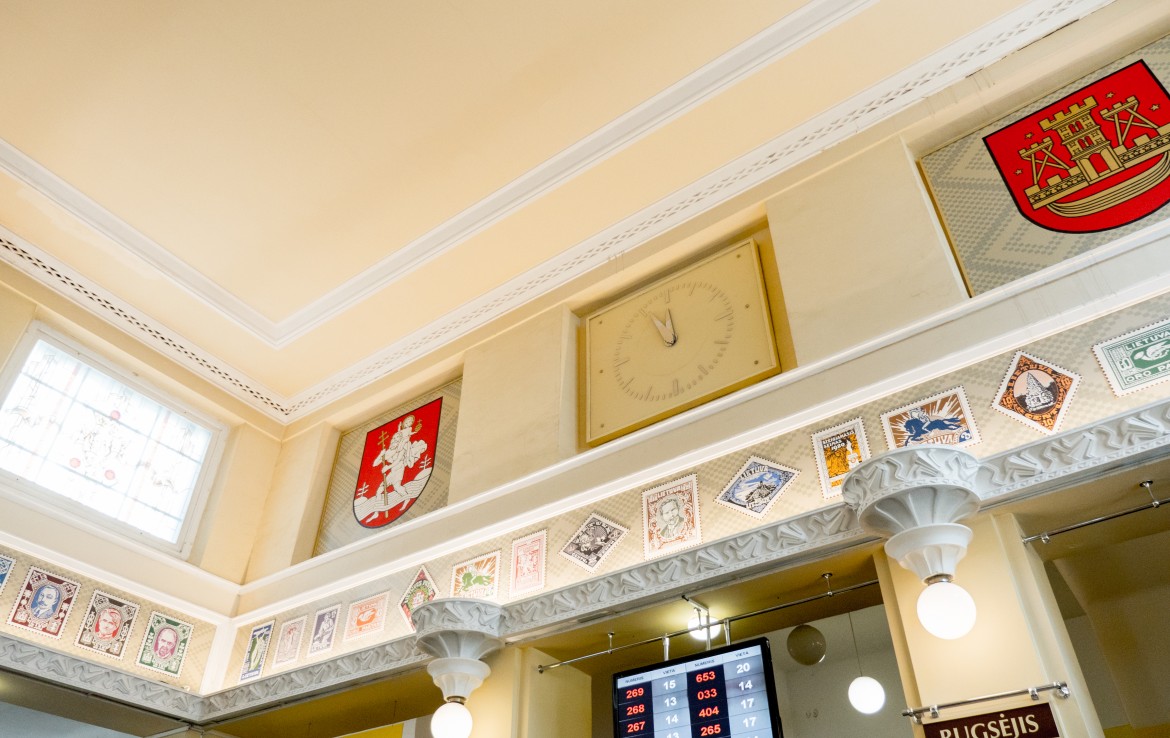 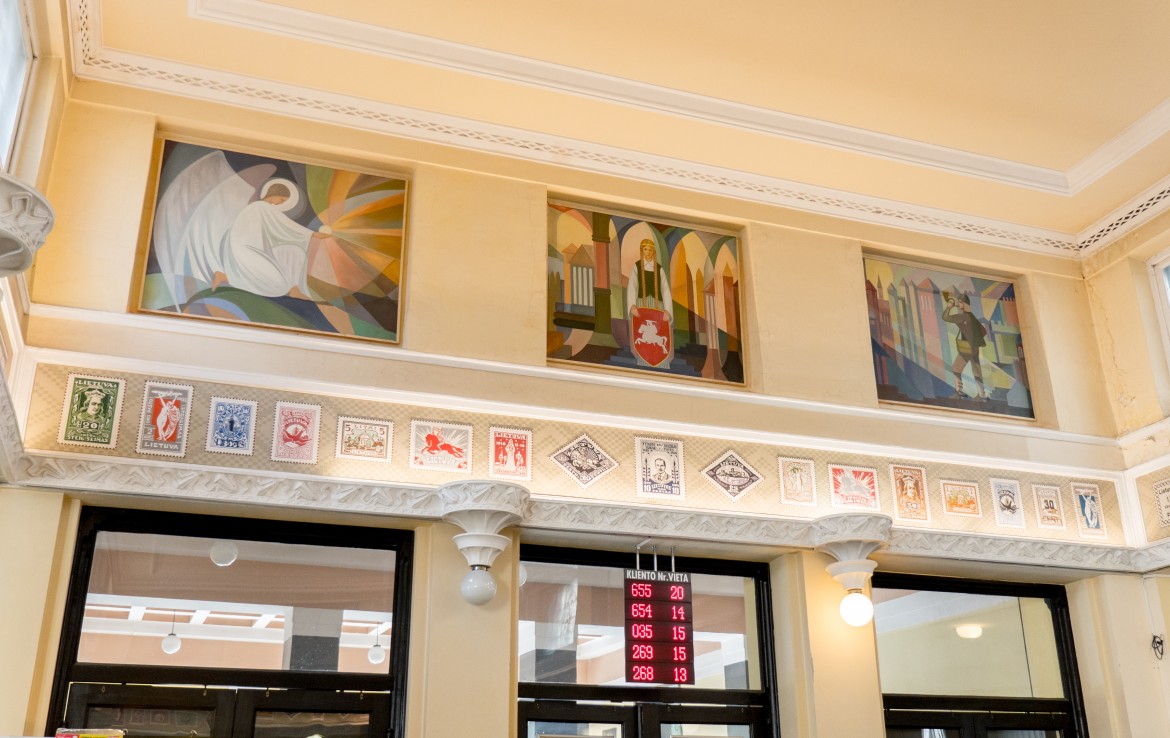 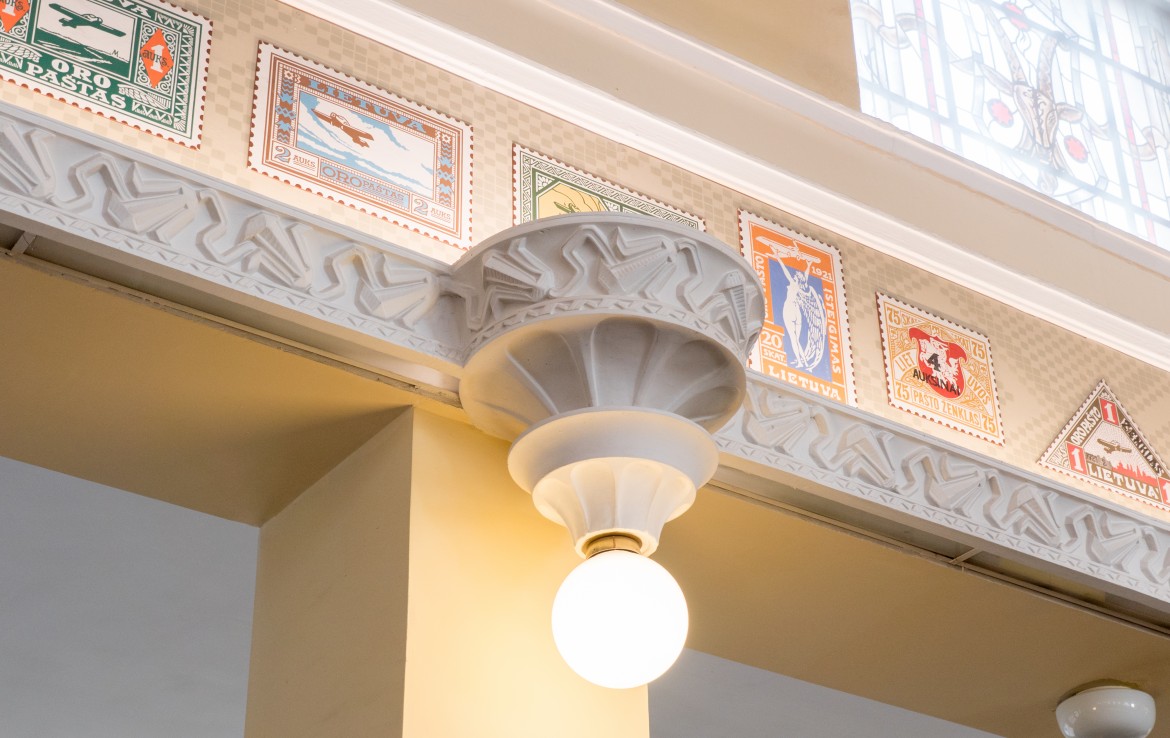 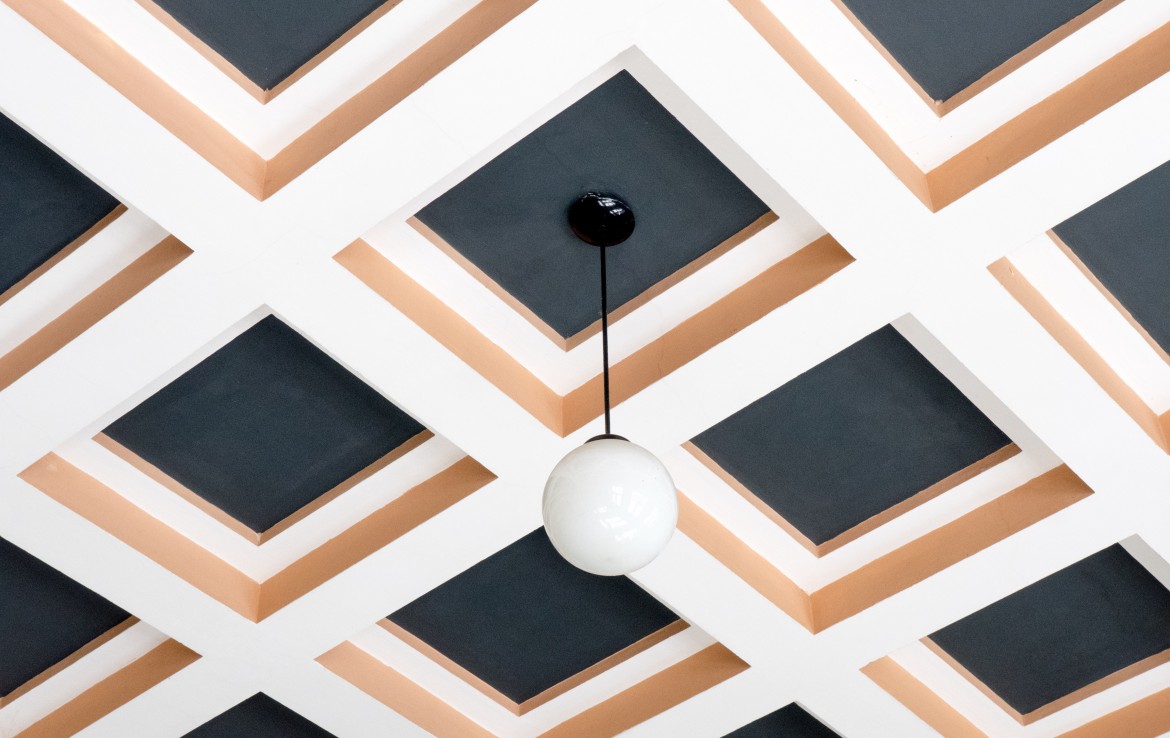 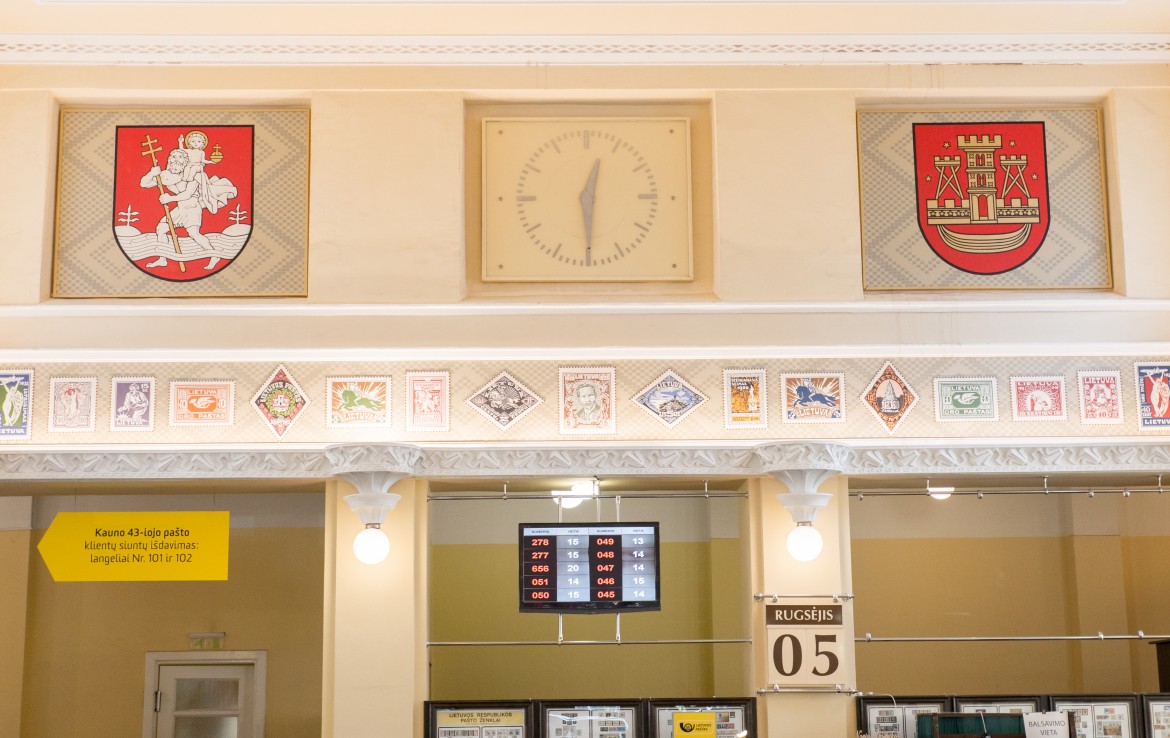 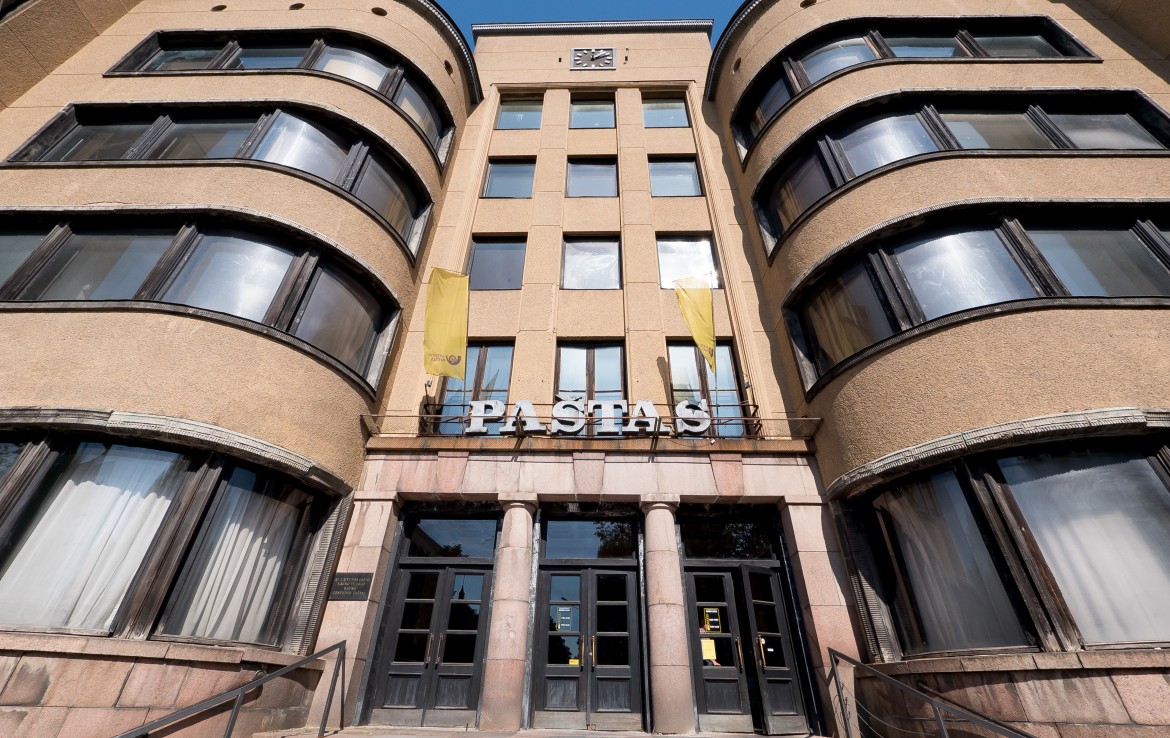