The history of Jieznas is closely related to the Pac family, family of noblemen – they had been the owners of the local Manor from 1633, and it was their residence. The Pac family built the first local house of prayer, while between 1650 and 1670 on the initiative of Krzysztof Zygmunt Pac, the first version of the present church was erected. Attention should be paid to the fact that we should be grateful to him for another Lithuanian Baroque masterpiece, Pažaislis Monastery.  The features of late Baroque, currently clearly seen in the architecture of the church, appeared after reconstruction of 1768-1772 – then the church was not only reconstructed substantially, but the towers’ verticals emerged, and a sepulchre for the family was installed under the church. At a similar time, next to it, a new Manor edifice in Baroque style was being built, which became one of the largest and most impressive residential places in Lithuania. Unlike the church, it has not survived, unfortunately.

Four-tier towers dominate in the facade of the church, reflecting the trend of that time to erect towers drawn to the sides in respect of the main volume. One can see Baroque interplay of curved lines – three first concave tiers and their cornices are in contrast here to the convex upper parts, surrounded on the four sides with volutes, existing on the axes of the side pilasters of the third tier. The additional dynamic impression is given to the great tier by the rounded Ionic pilasters, as if ending the “denting”. A typical element – small oval windows of the lower tier of the tower.

Ionic doubled pilasters, framing the central part of the façade, as if extend the entablature of the tower interrupted for short, again disappearing at the middle. Only a massive, still broken in, band of the profiled cornice remains. The two-tier pediment is no less impressive than the towers – two pairs of pilasters at the bottom part hold the entablature with one of the versatile elements of Baroque sacred architecture language, seen on the top: an interrupted small pediment divided into three parts. On the top of side facades, above the large rectangular windows, one can see small windows of violin shape, which is not characteristic of Lithuanian Baroque and reiterates in the side niches of the rear facade. According to the historians, this is only one case of this form usage in the architecture of this country.

The towers bricked next to the sides of the church give to many an impression of a much wider church – the internal space consists of one nave. The sumptuousness attracts even on entering – the vaults of the narthex are held by the pillars of the expressive forms; the wall of the organ choir balcony on the top is curved. In the space of the church, many authentic pictorial elements survived, which had occurred during the great reconstruction in the late 18th century, and perhaps most impressive of them – six compositions of paintings, set up on the cylindrical vault of the nave. In the niches of the side walls, painted illusion altars in Baroque style are set up. The High Altar is surrounded on both sides by two galleries of balconies, fenced by the balustrades, which were used by the Pac family members during ceremonies. Quite nearby, in the front part of the presbytery, entrances to the sepulchre are, separated by the balustrades. 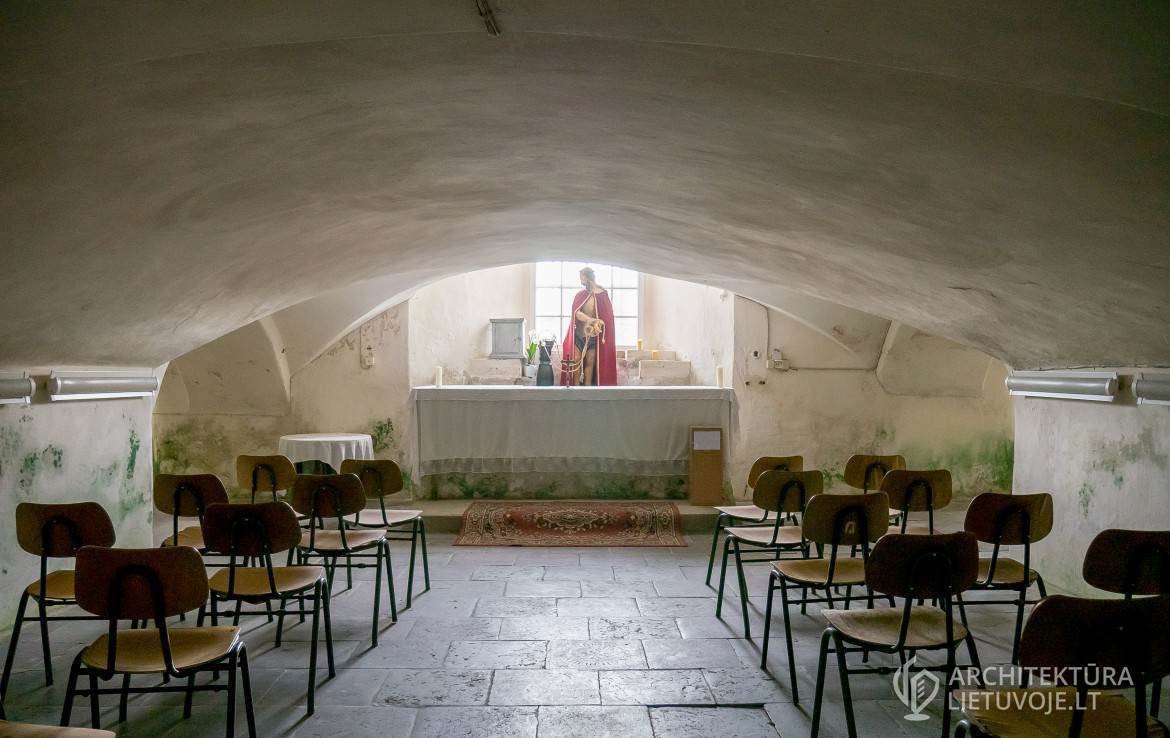 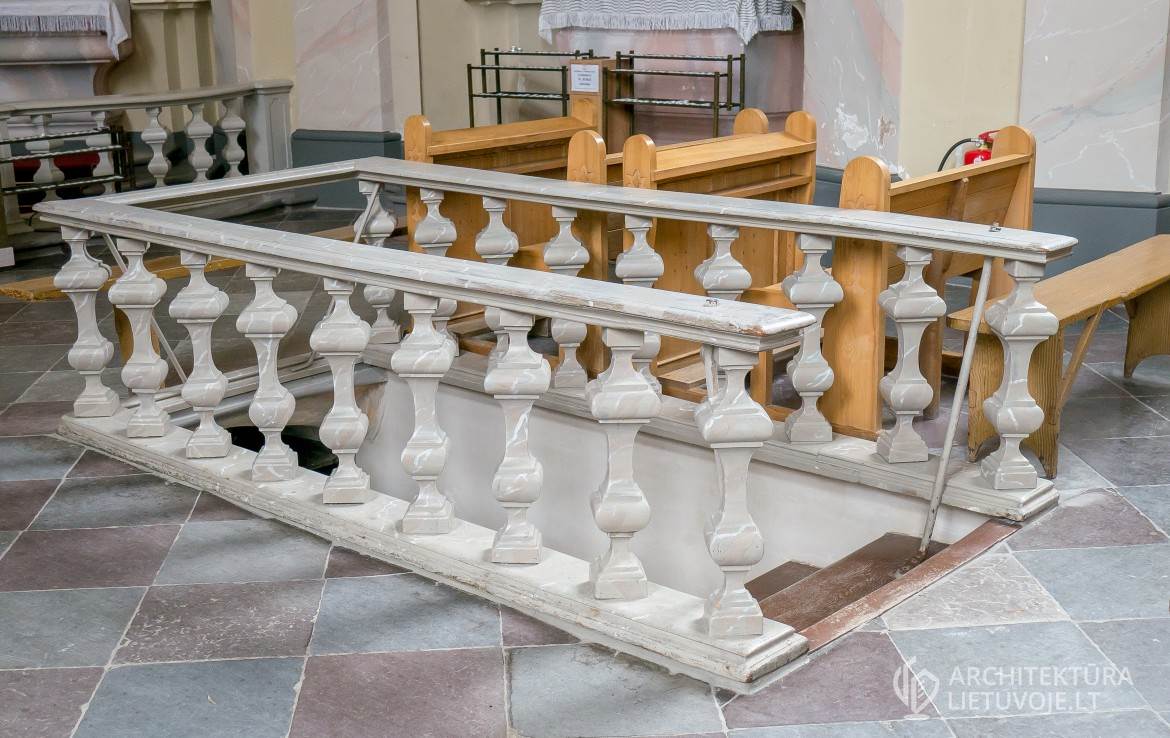 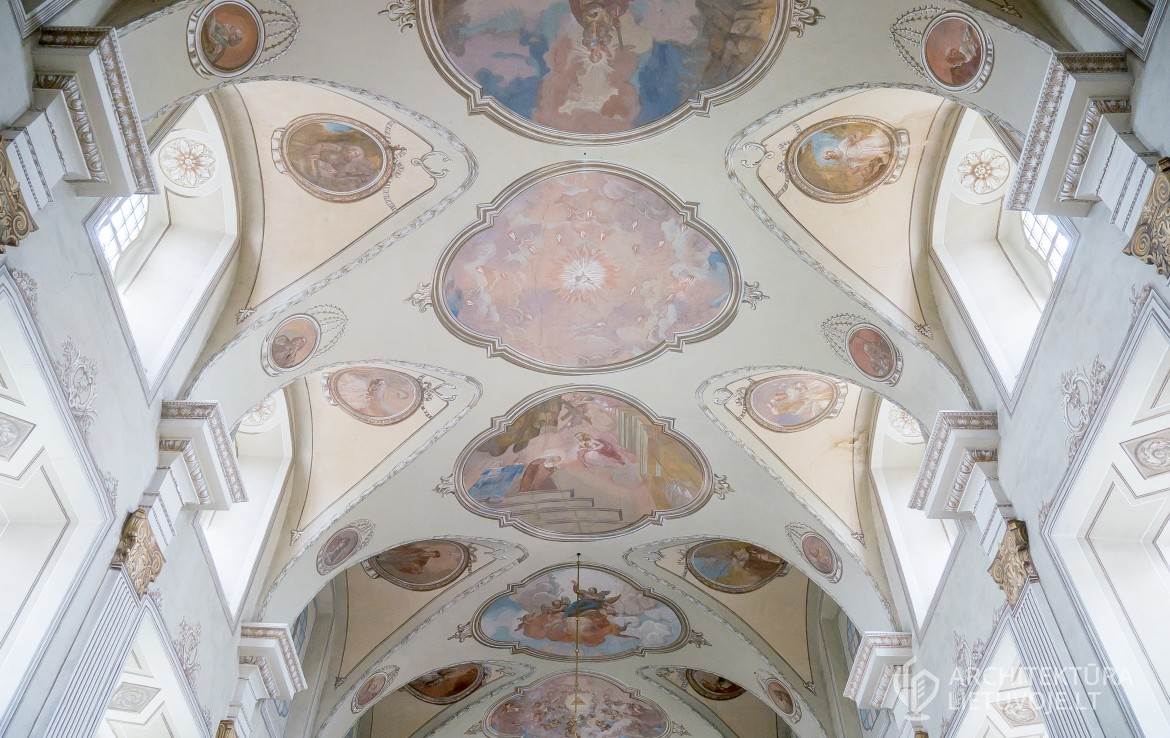 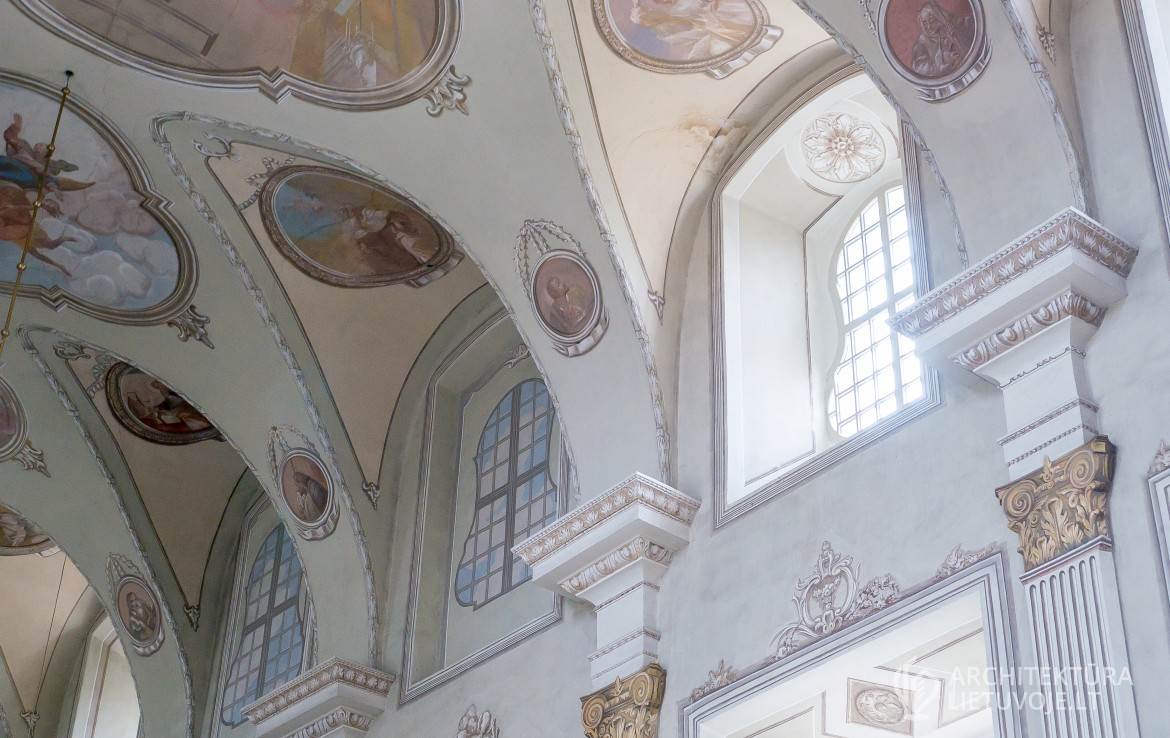 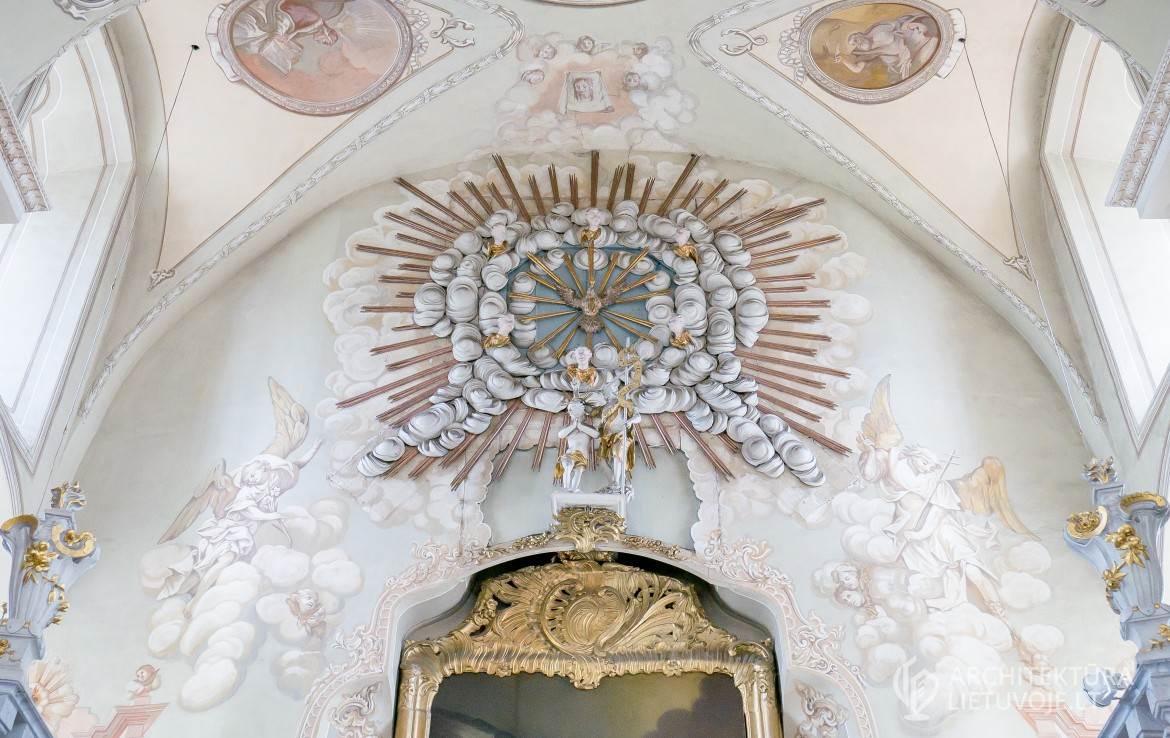 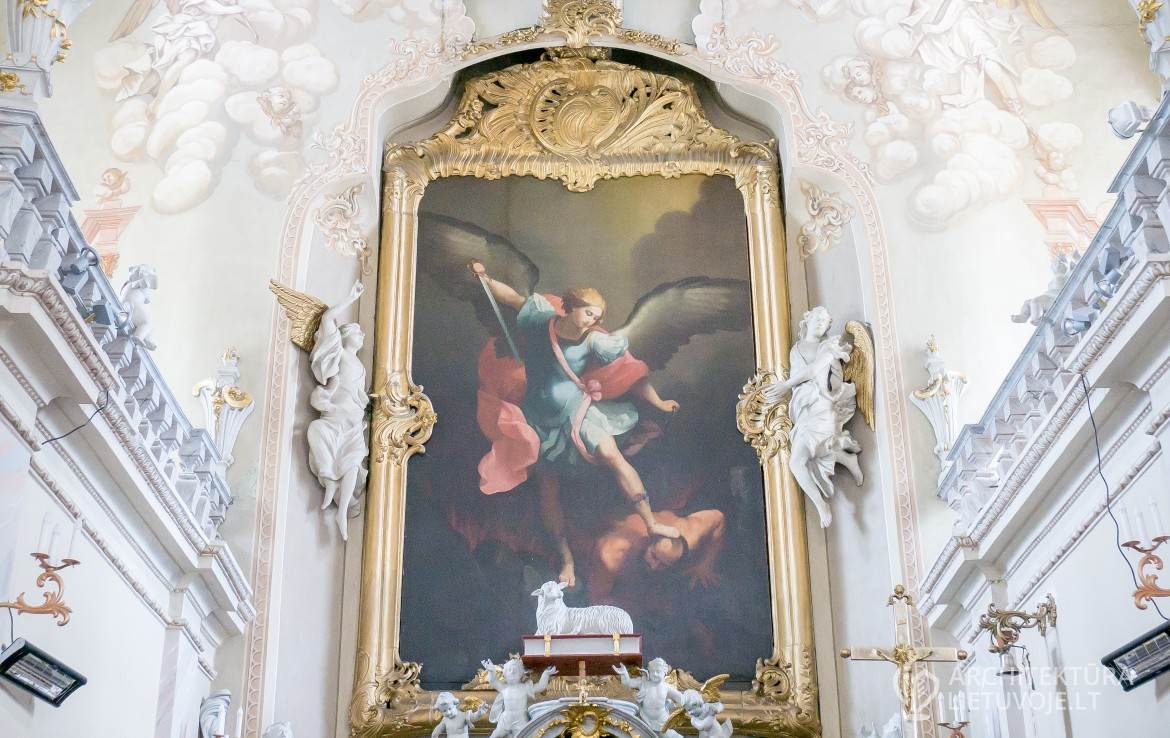 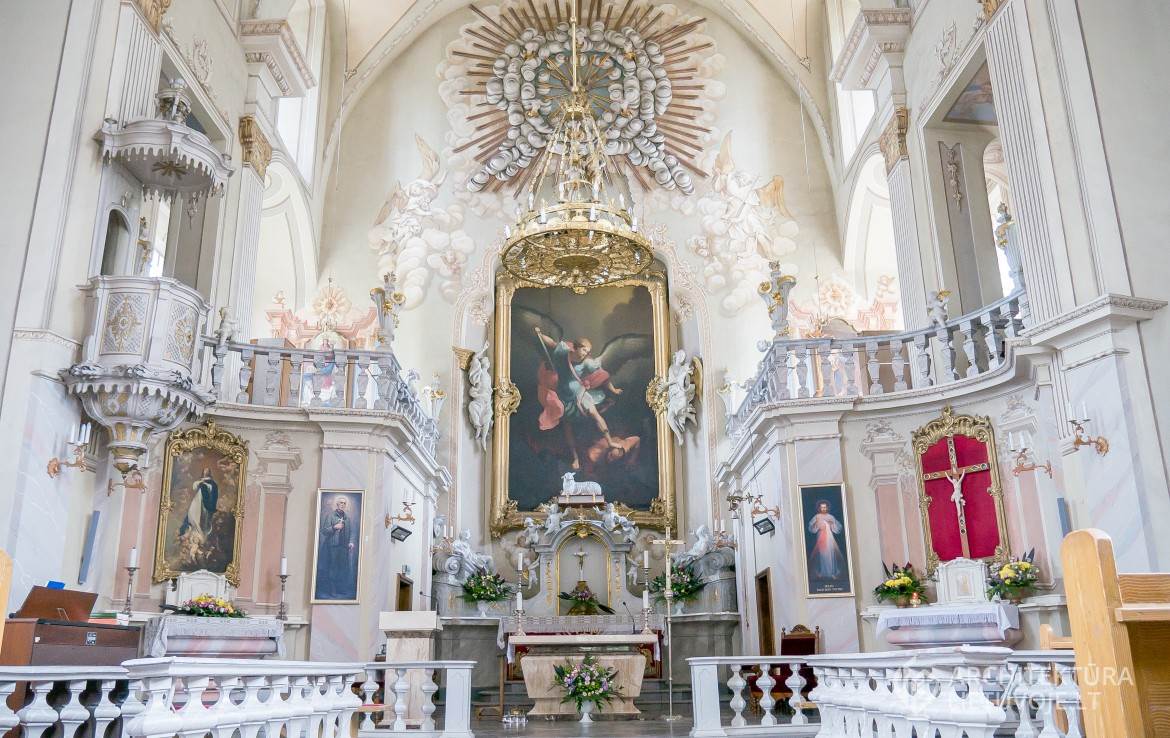 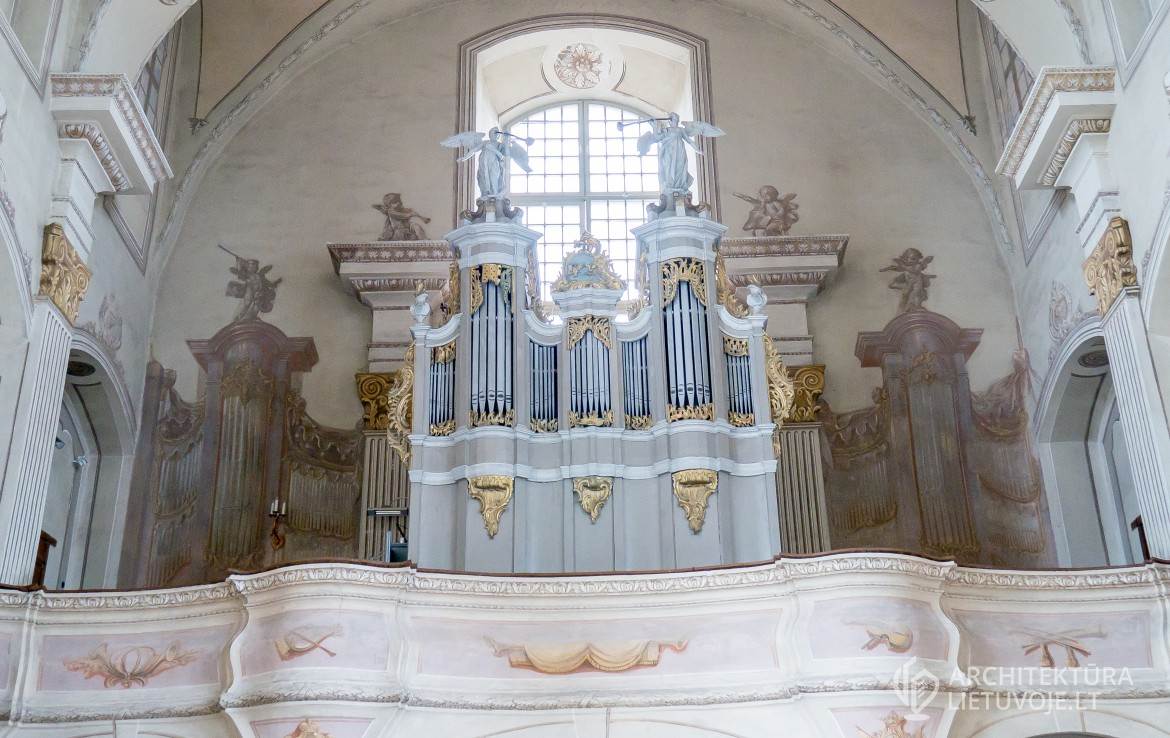 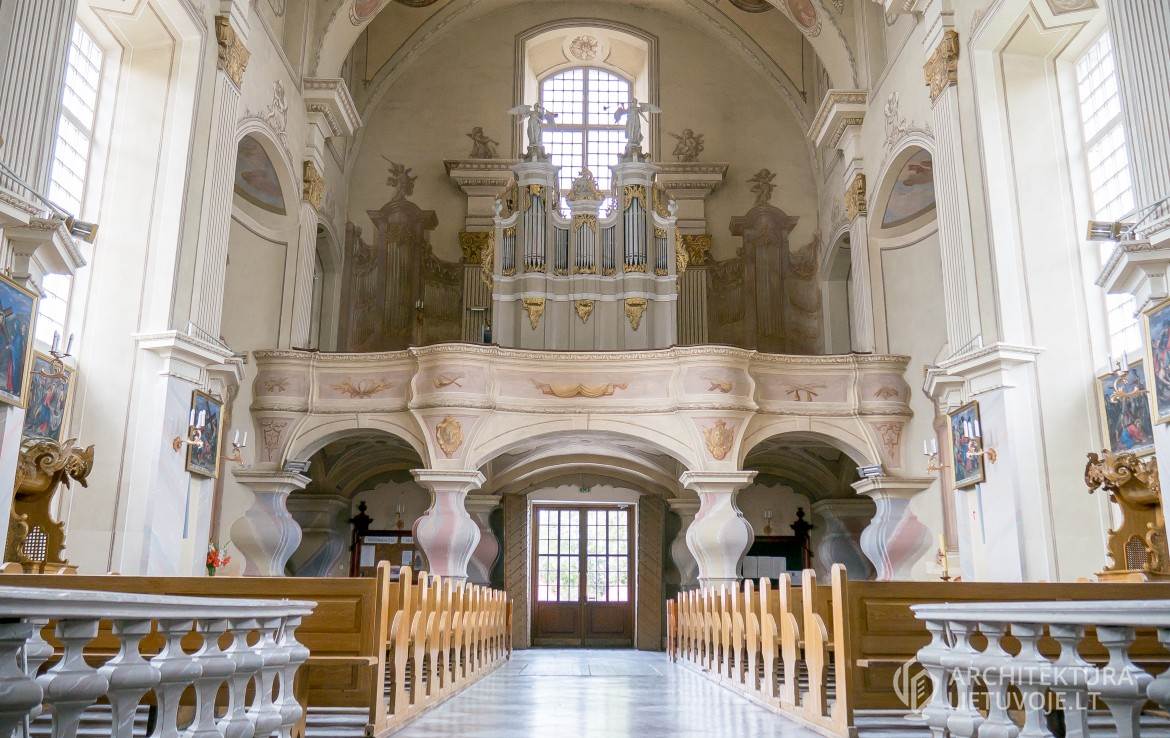 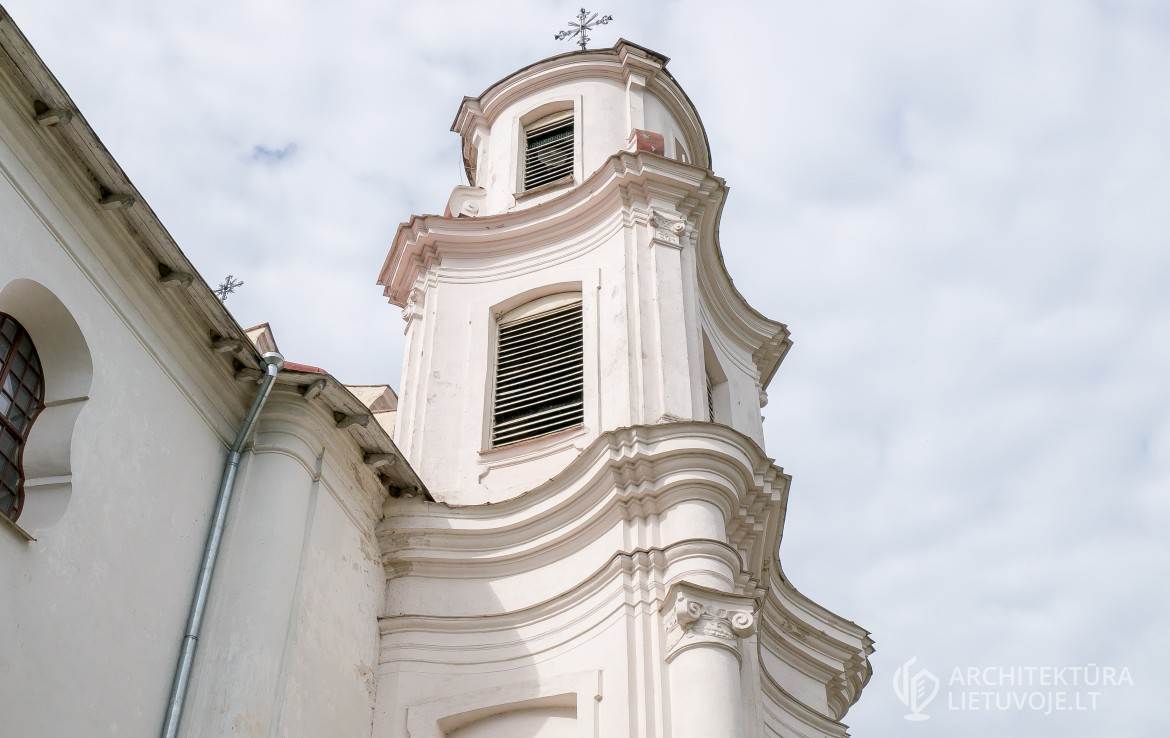 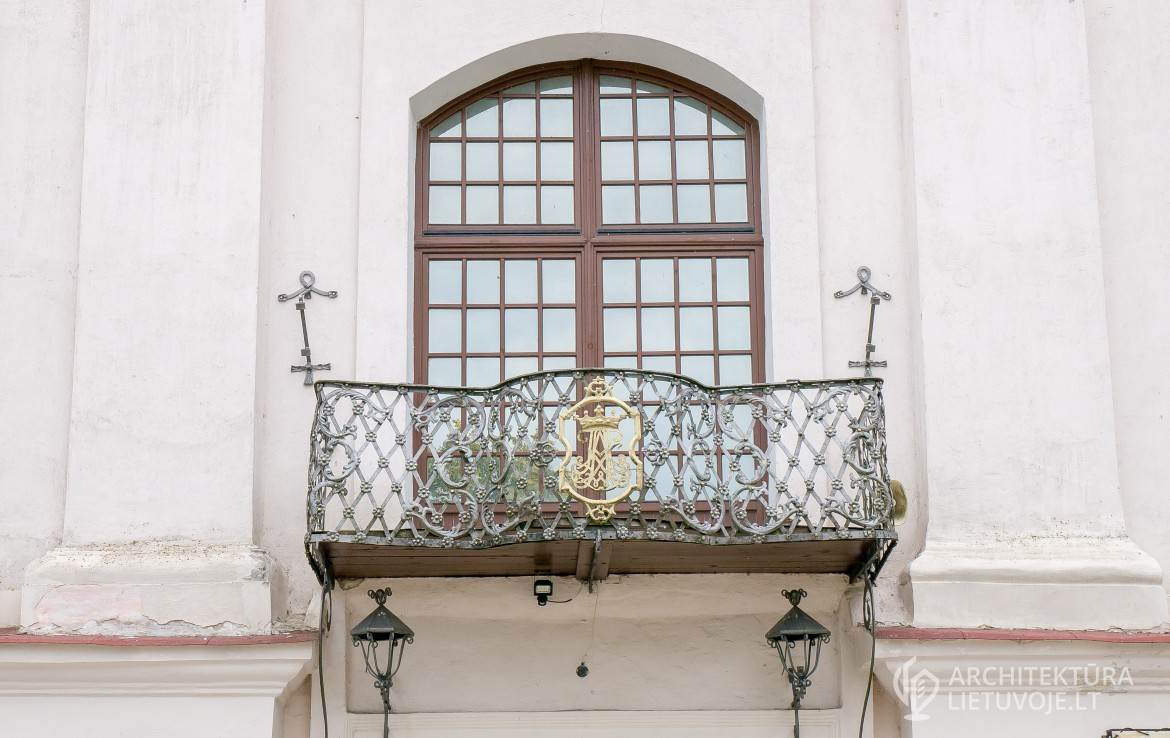 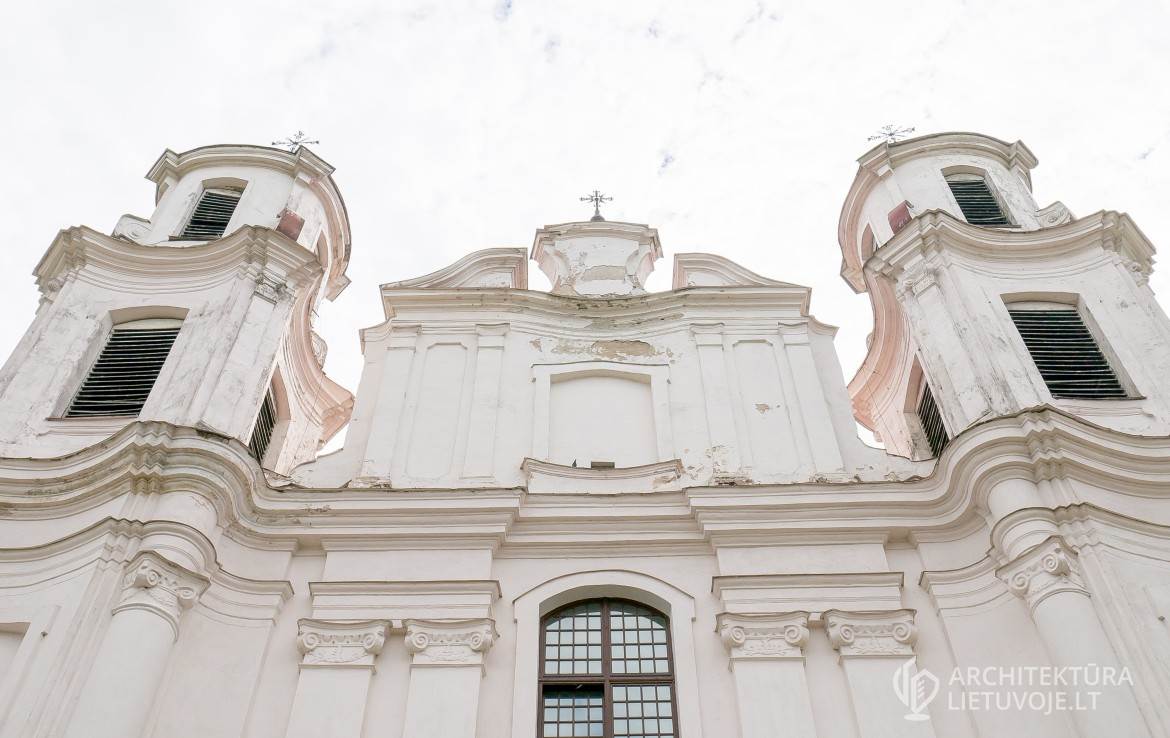 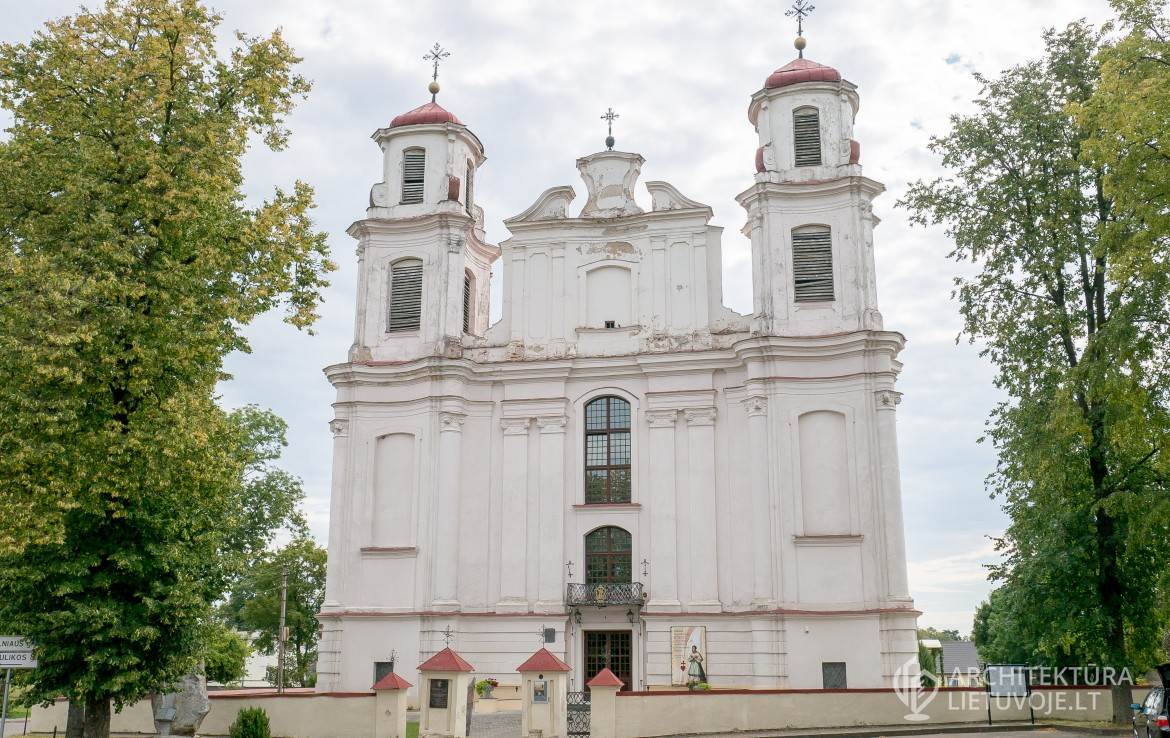 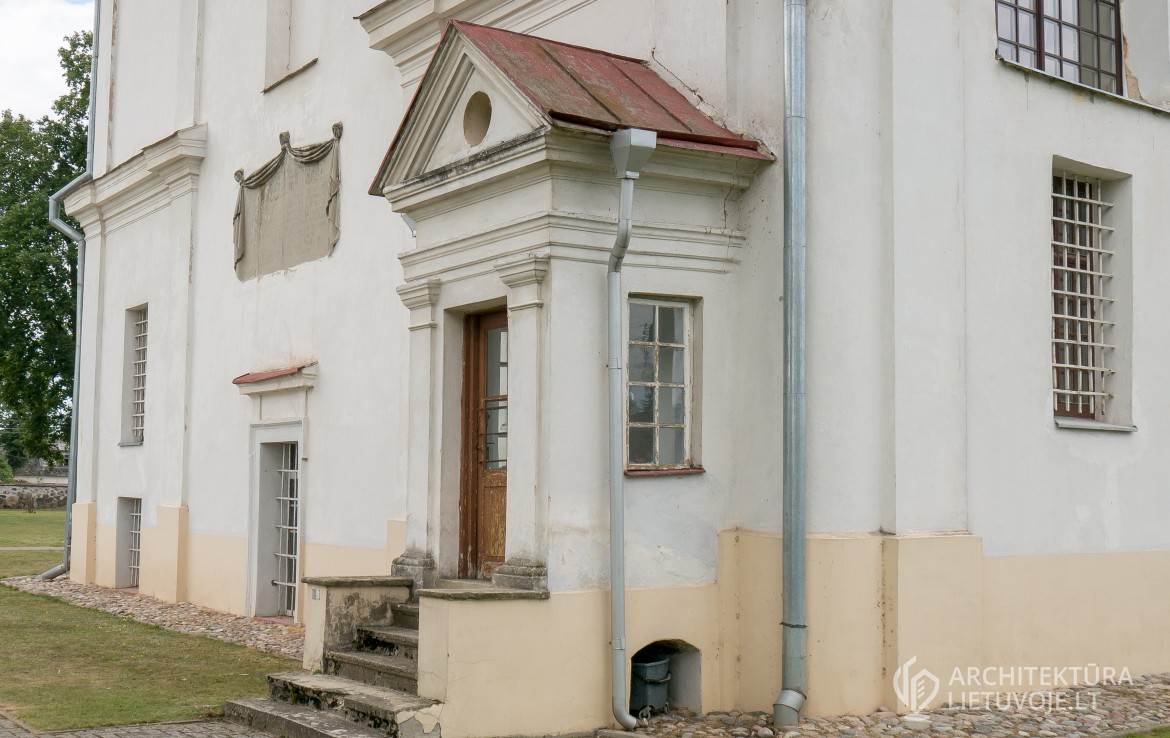 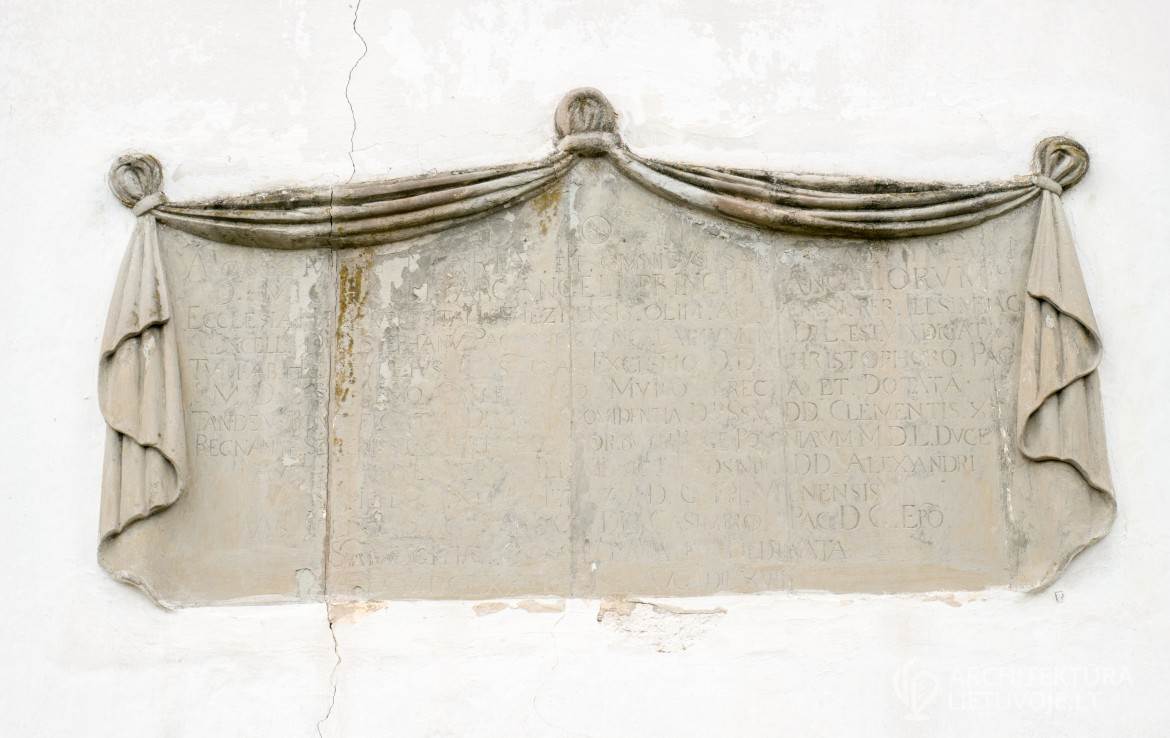 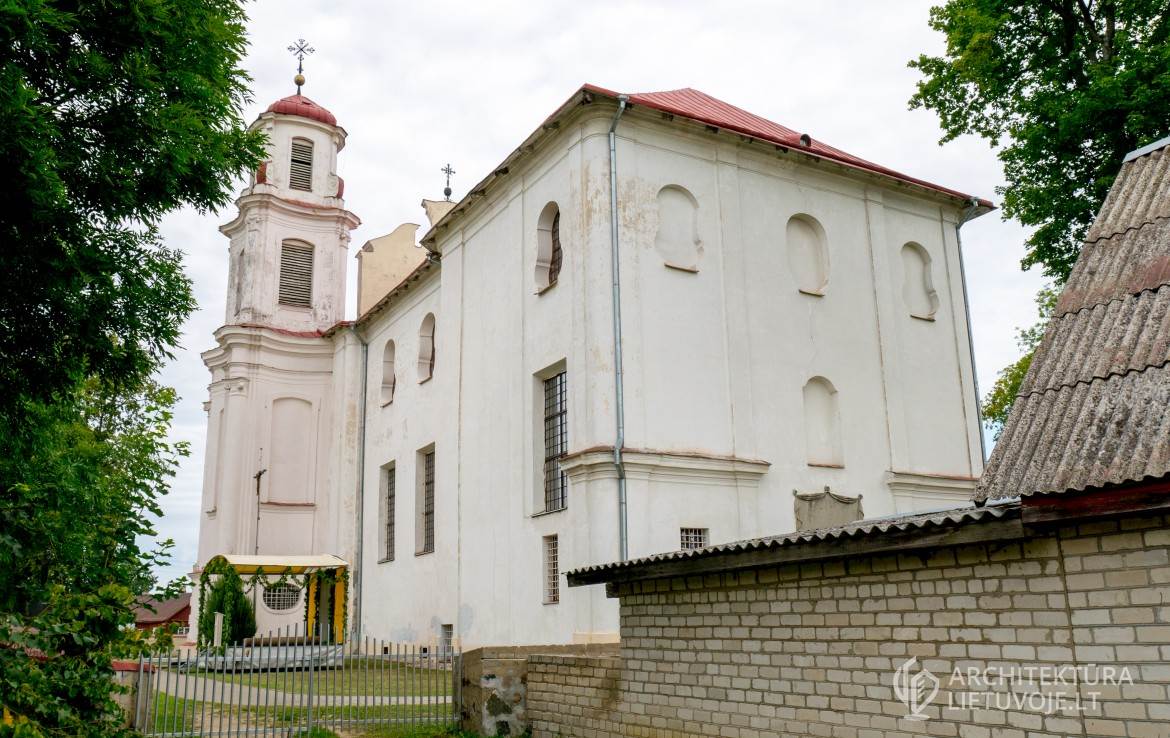 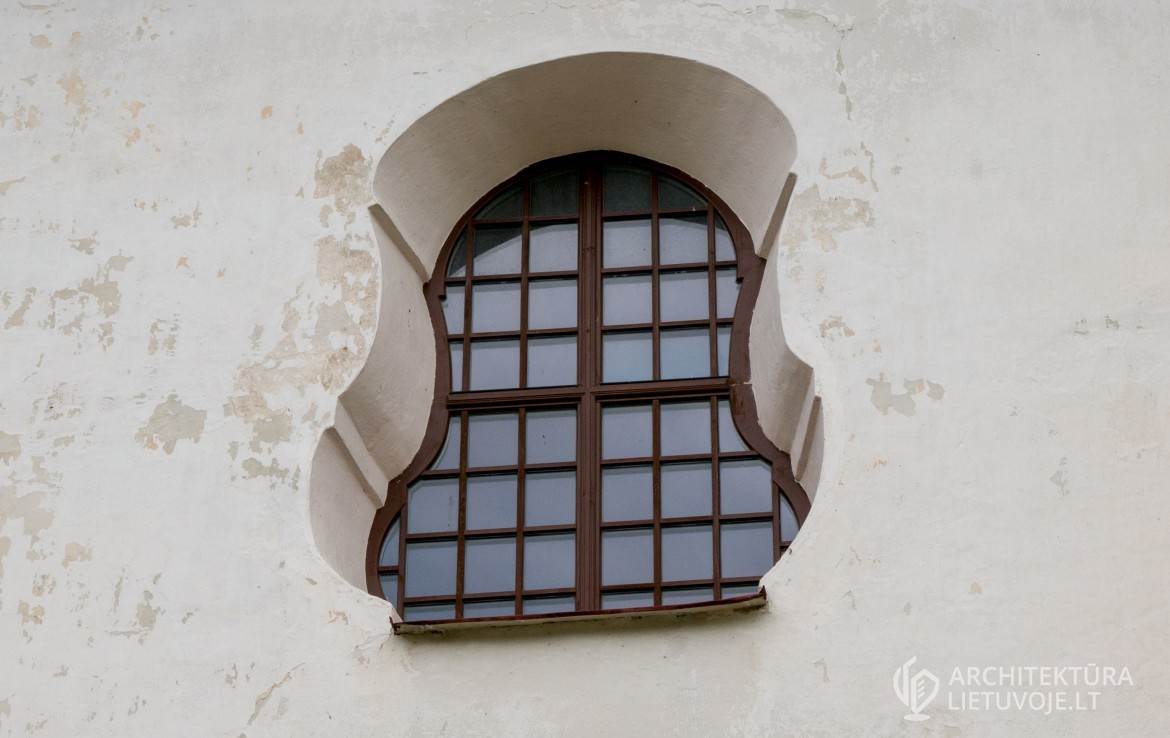 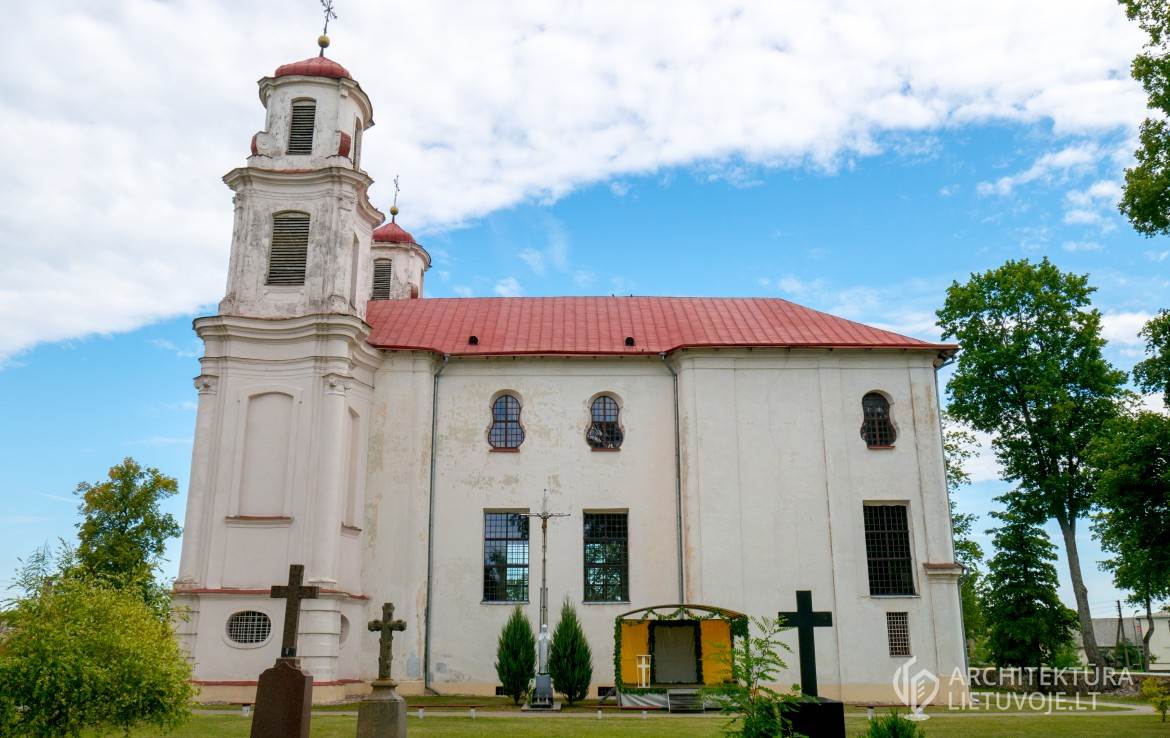 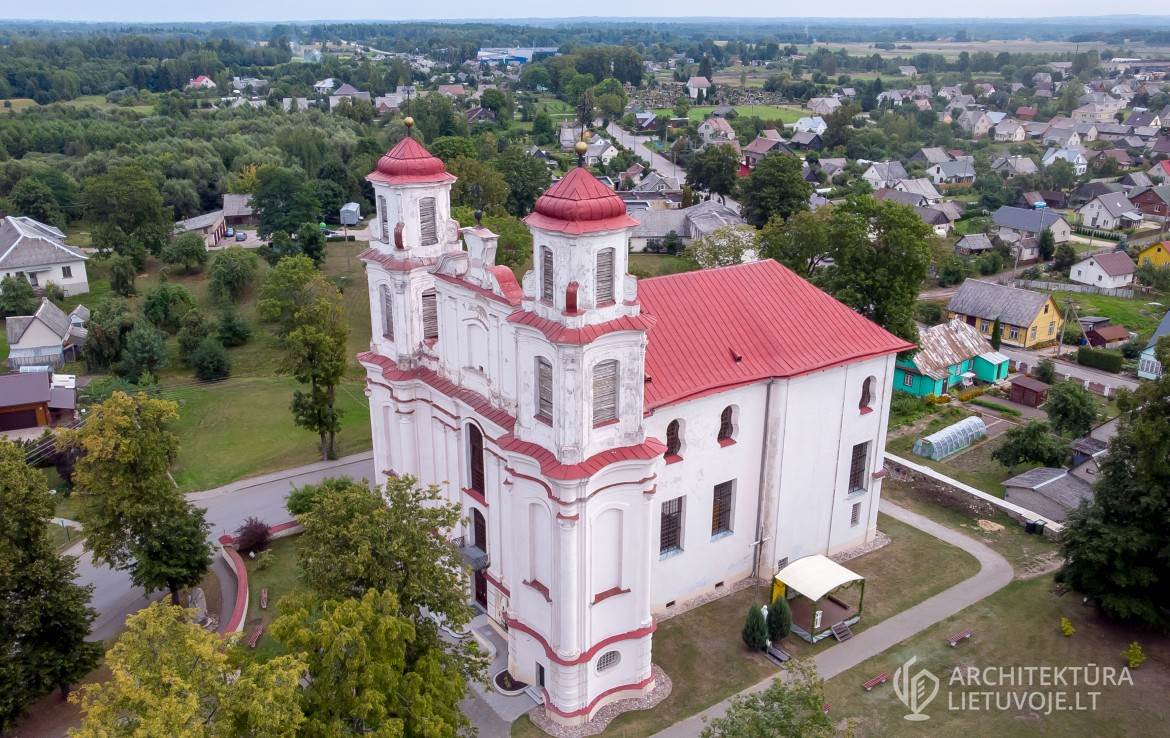 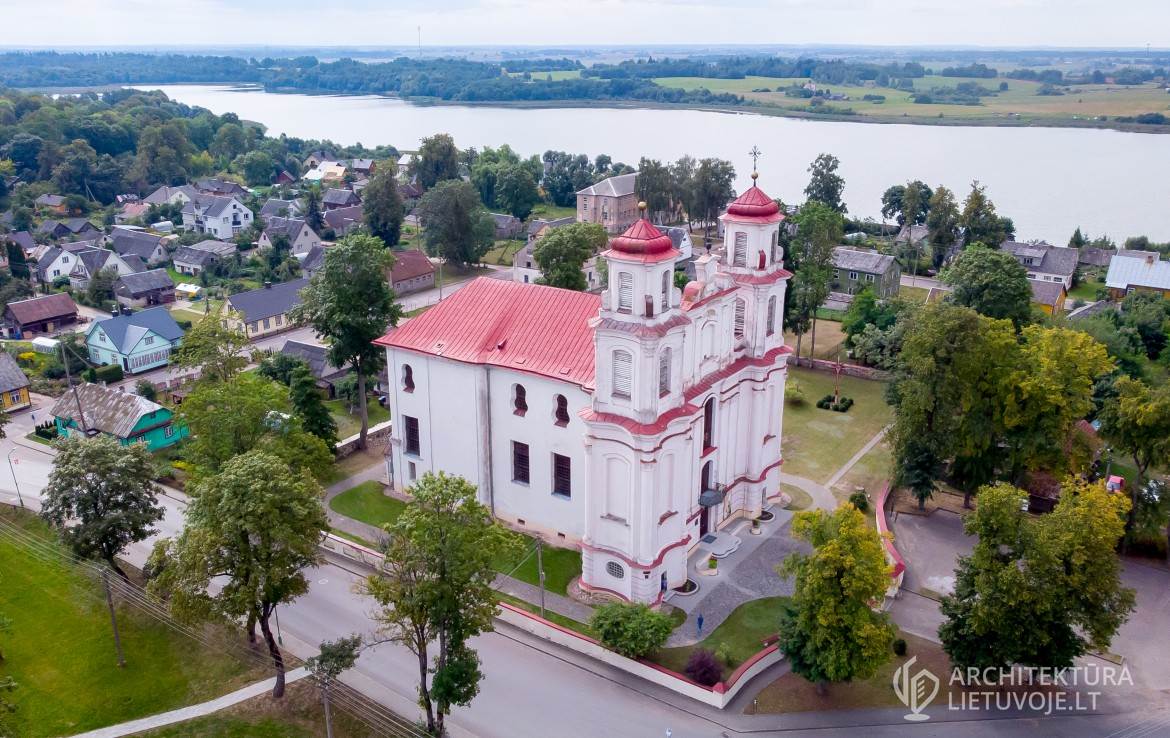