In 1894 Hilarijus Raduškevičius, a prominent doctor in Vilnius, moved into his new home: a gorgeous yellow-brick palace on the right bank of the River Neris. Apparently the building could not meet all the needs as the edifice was expanded several years later. Both the first and the second designs were developed by Julianas Januševskis, the urban engineer famous for his eclectic building projects during that time period. This edifice is a combination of Neo-Gothic, Neo-Renaissance, and brick styles. Very early on the local citizens came up with a nickname for the edifice referring to it as “the castle”, which was sparked by its spectacular exterior. Only a part of the Palace remained to this day as its old block was demolished within the course of expanding Kalvarijų Street during the Soviet Period.

The edifice is rich in typical Neo-Gothic elements, such as pointed windows and dashing pinnacles incorporated in the surrounding parapet. The main highlight of the building is the octagonal tower incorporated at one of the corners of the complex-spaced building. The top of the tower, just like the entire edifice, is finished with the teeth-like elements on the front side imitating a parapet characteristic to castles. A part of the edifice on the first two floors stands out for the windows incorporated in the rounded niches characteristic of the finishing similar to the typical Neo-Renaissance shapes. Nevertheless, similar finishing of windows could be found in a number of buildings attributed to the “brick style” at that time. The cornices of the edifice are another element associated with the brick style. The most ornate part of the edifice is the façade, which is closest to the river, with the porch installed in the avant-corps sticking out in its central part and the balcony built above it. Here the Neo-Gothic shapes are much more pronounced in comparison to the rest of the edifice.

Another interesting part of the façades greets us when looking at them from the side opening up on Kalvarijų Street. Here we can see a complex composition of the portal and the parts surrounding it while upwards we can see a particularly elegant balcony with the pediment decorated with the parapet motif similar to those used on castles. Next to the façade part there is the balcony supported by arcades of pointed arches as if connecting the two spaces. The corner of the edifice facing Kalvarijų Street is finished with a slightly more frugal square tower, and yet it still adds variety to the sight with its octagonal pinnacle spires serving as its crown on the side facing the river. Earlier there was no corner here as the edifice was stretched out almost to the middle of the current Kalvarijų Street. The impression of the Neo-Gothic style is heightened by one of the doors installed on the edifice as the door is decorated with patterns characteristic to the style. Another attribute of this style is the gate on the side of the edifice nowadays left without the fence, which used to surround the buildings. A single stroll around the edifice shows clear signs of its previous reduction as well as the effects of the previous reconstructions. The interior also suffered major damages, however, inside the edifice we could still see the restored ornate décor on the ceilings, the stair railings decorated with floral ornamentation as well as some of the original terrazzo concrete. 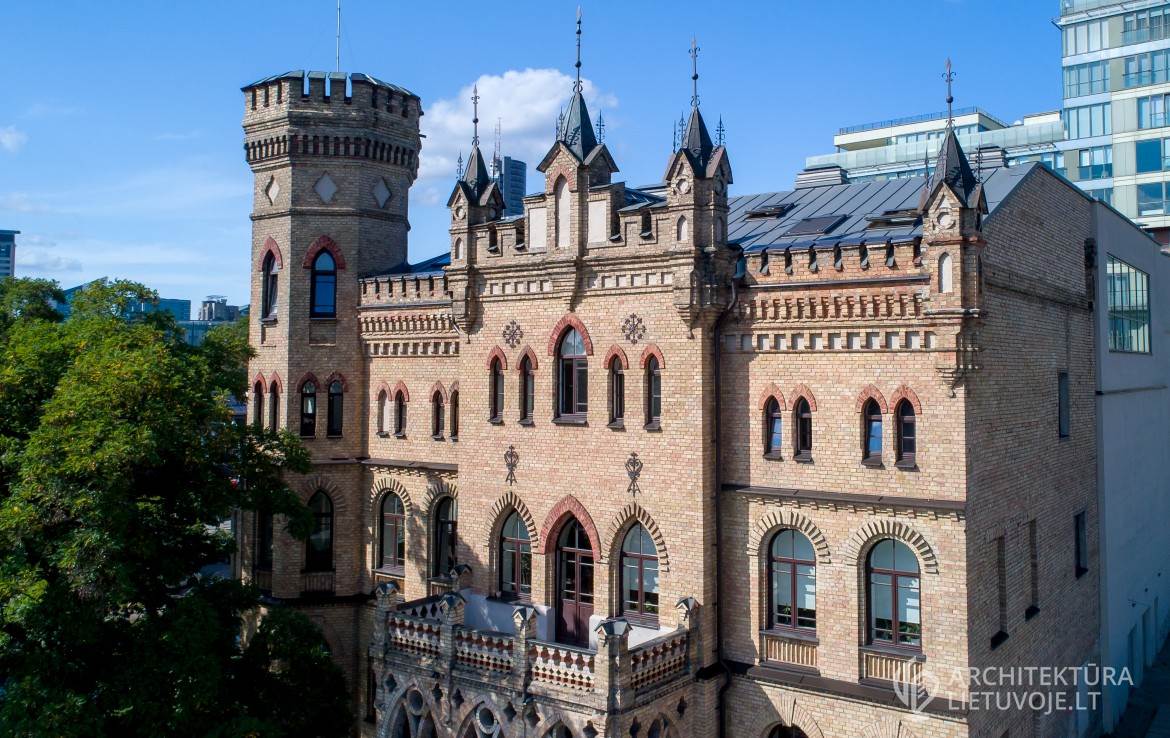 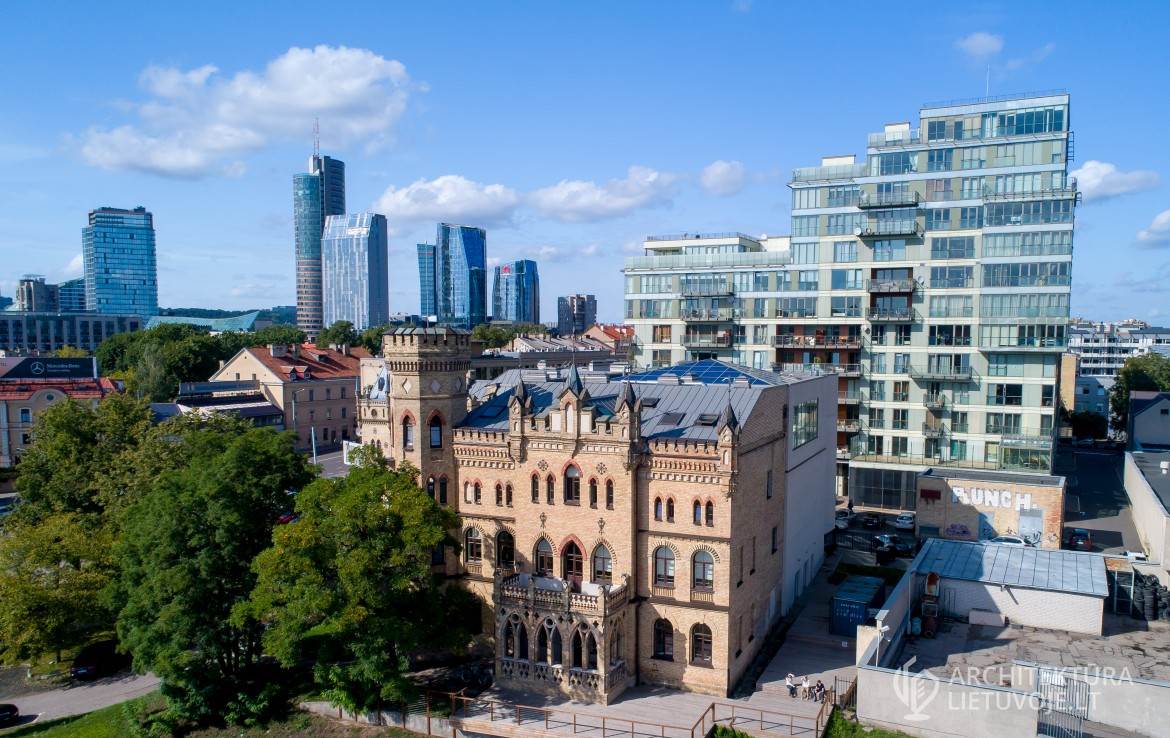 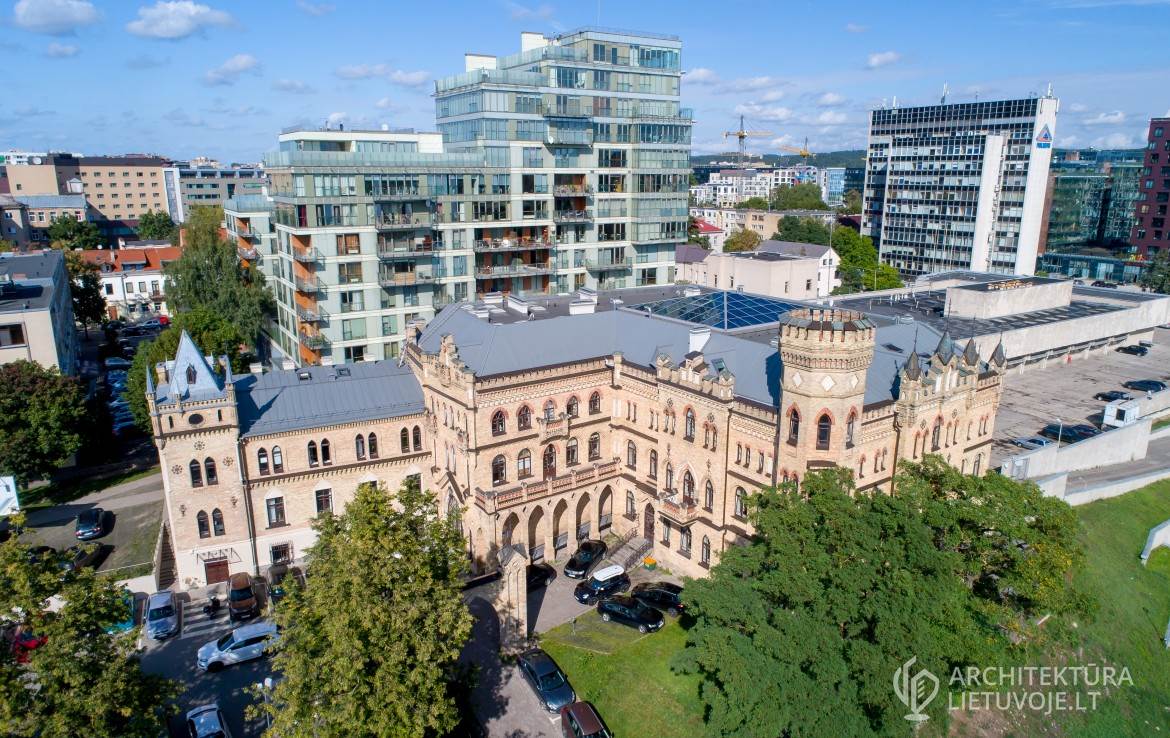 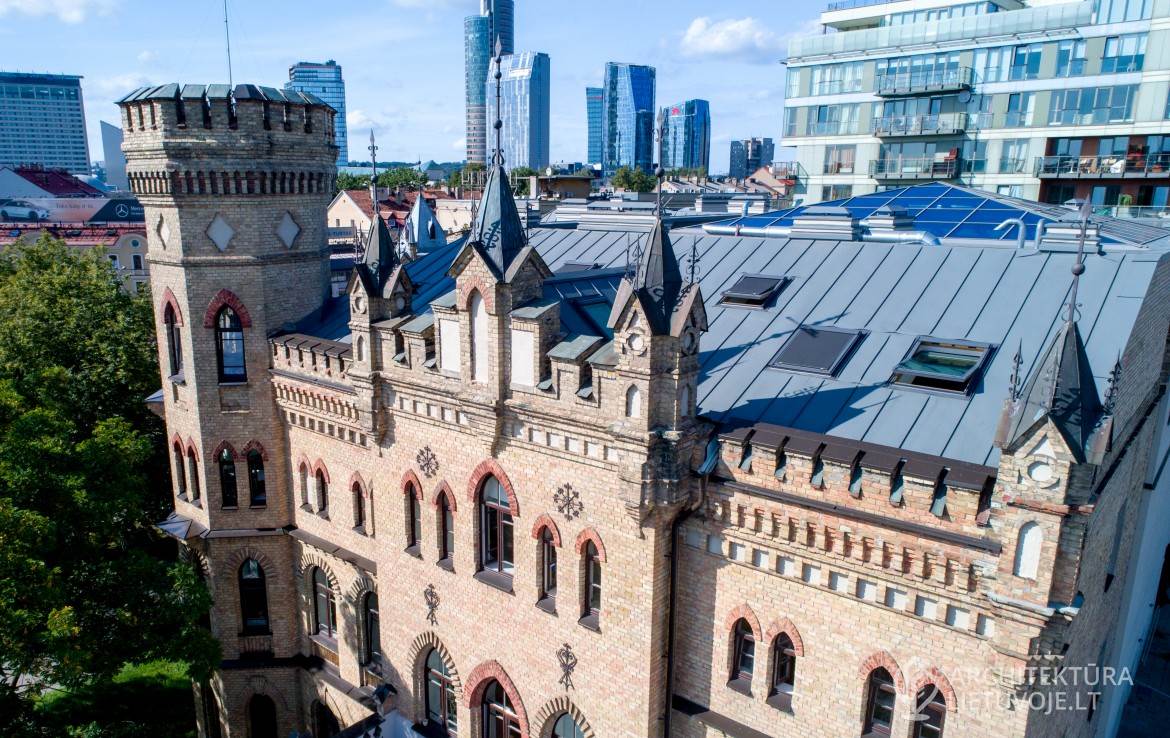 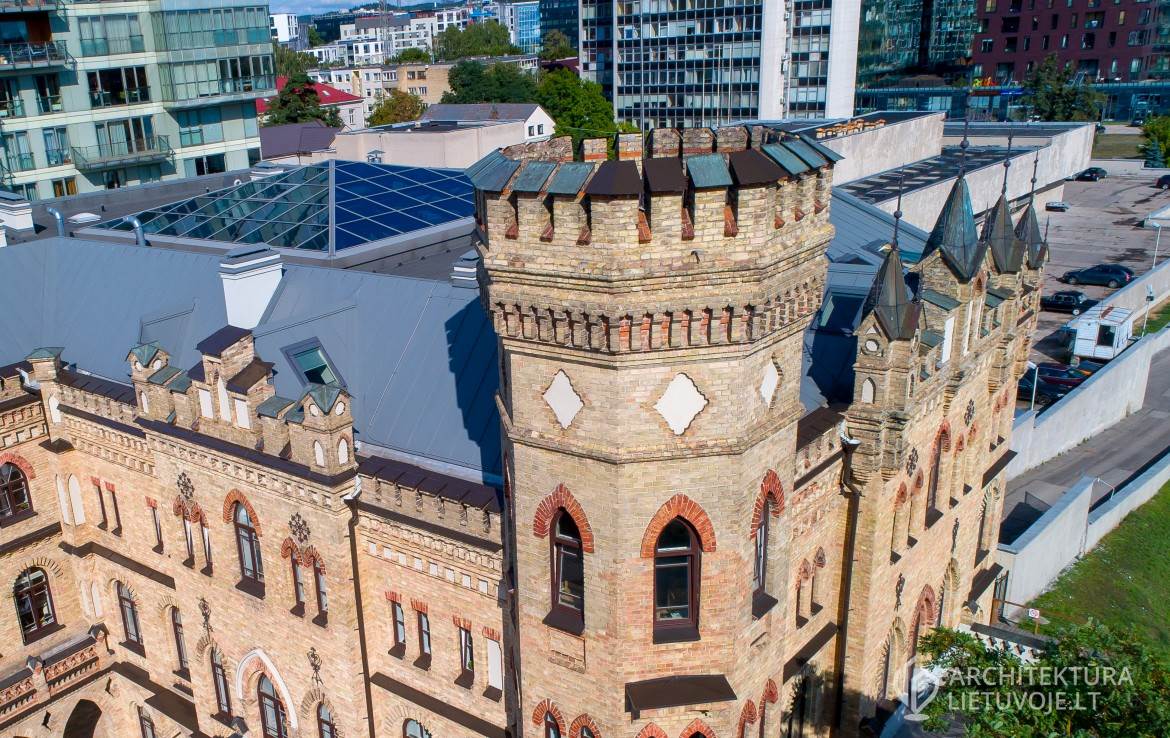 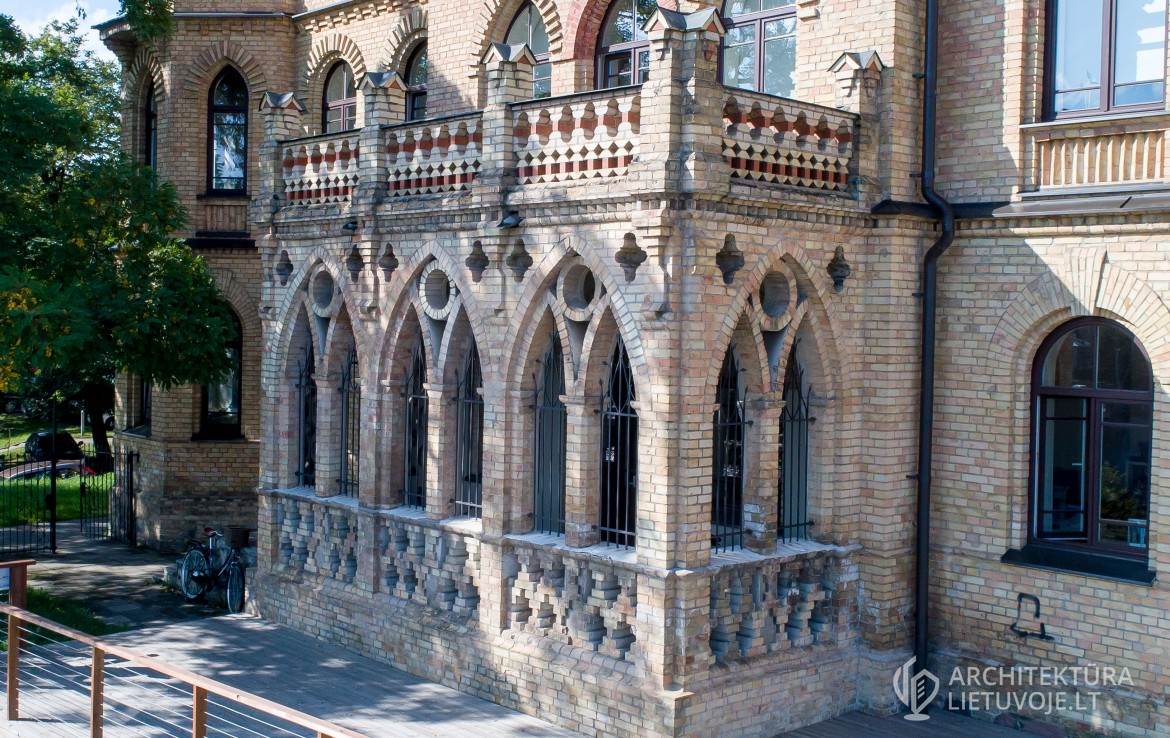 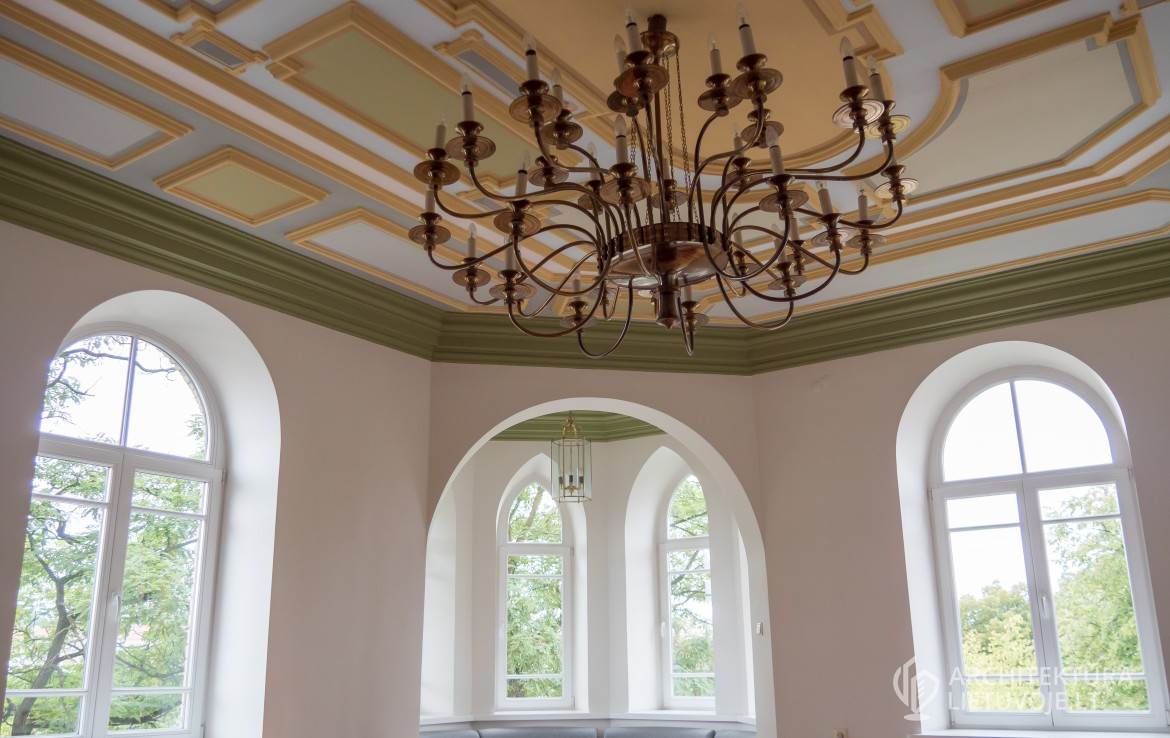 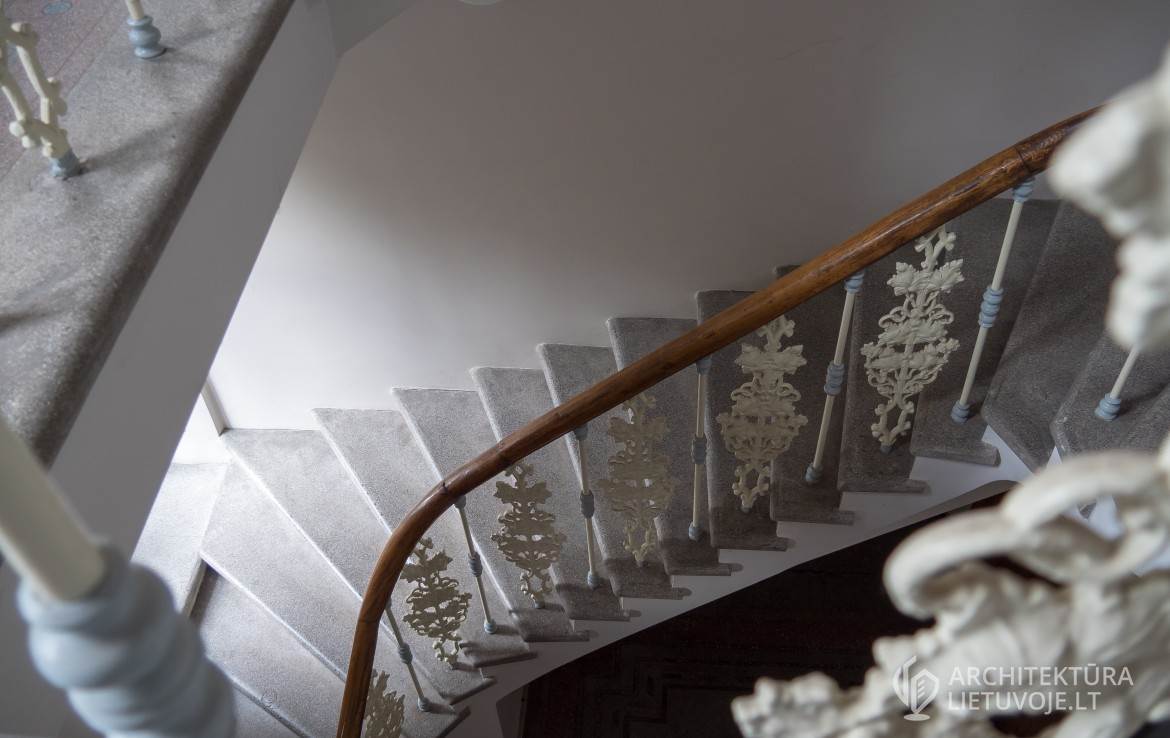 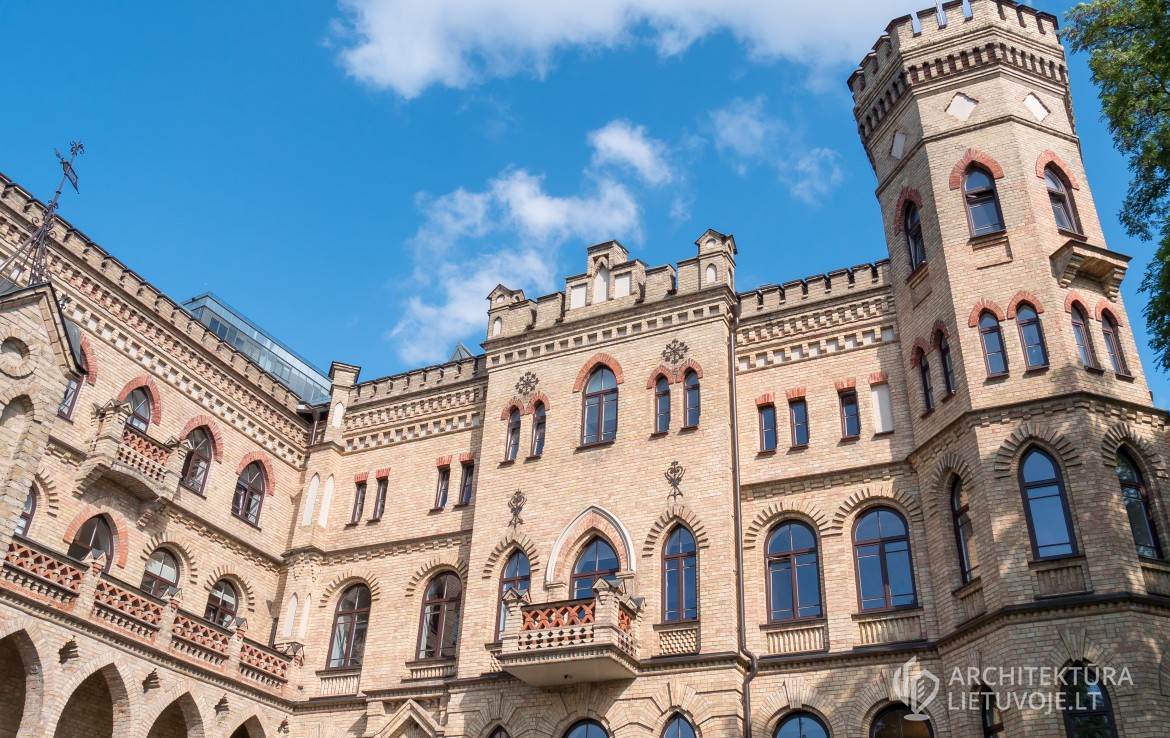 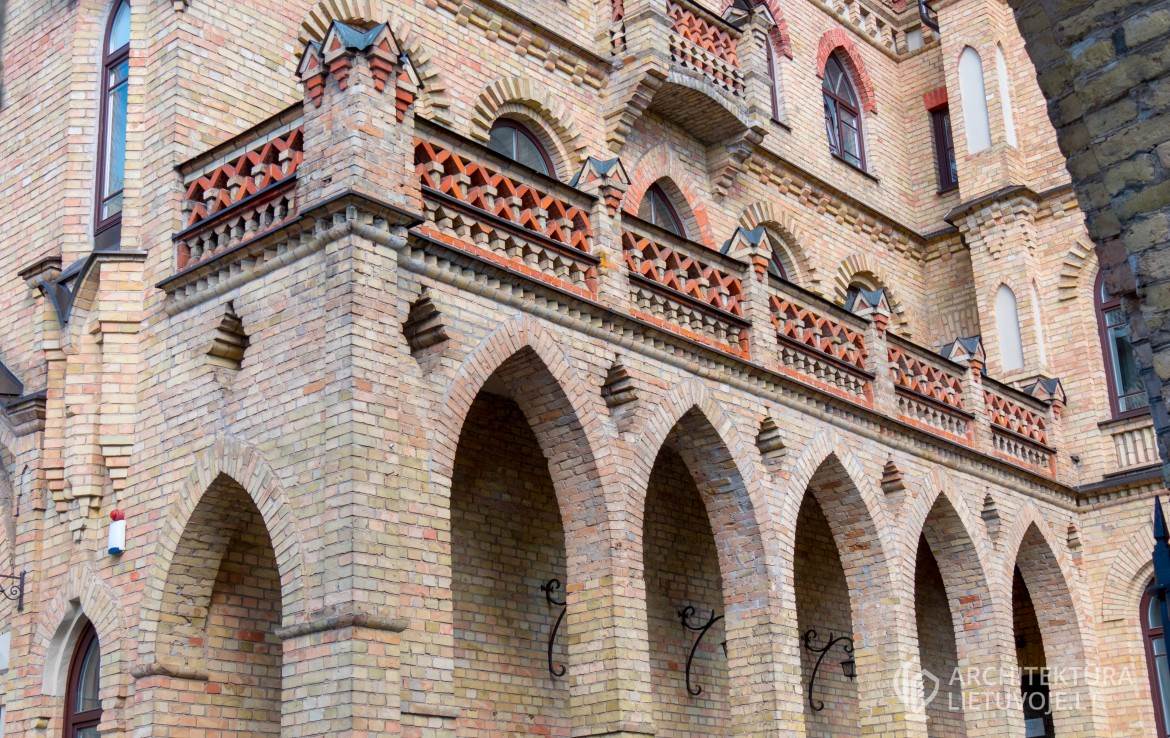 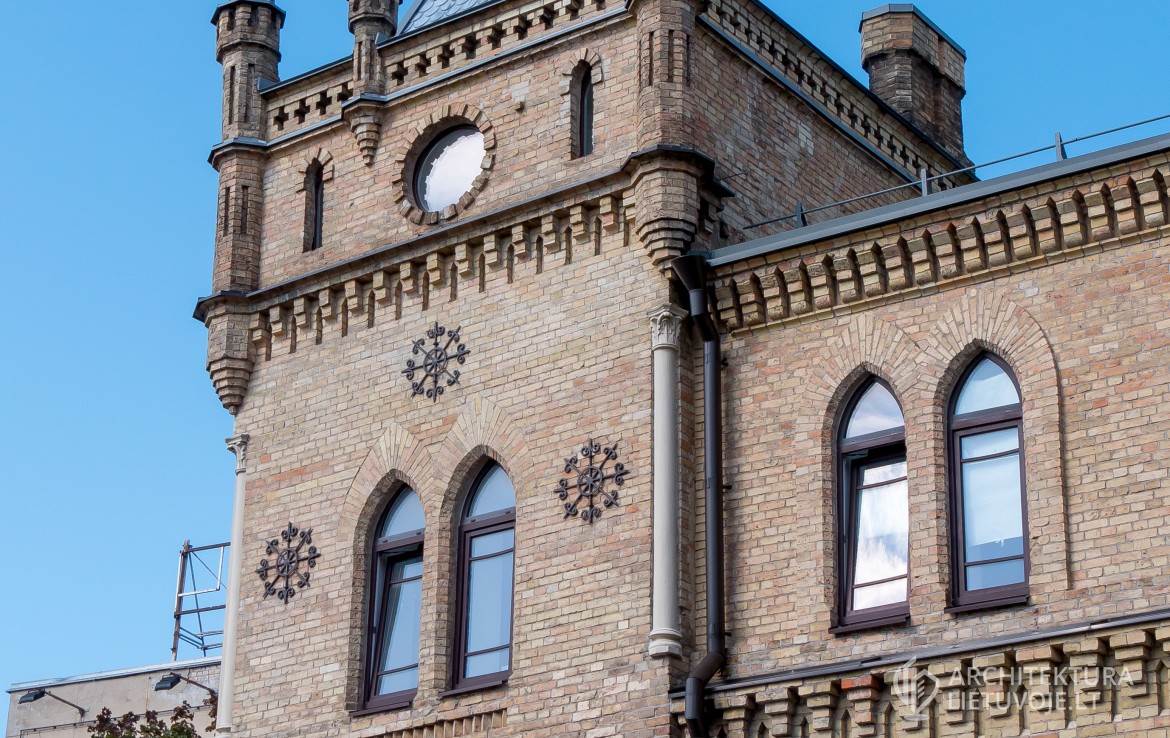 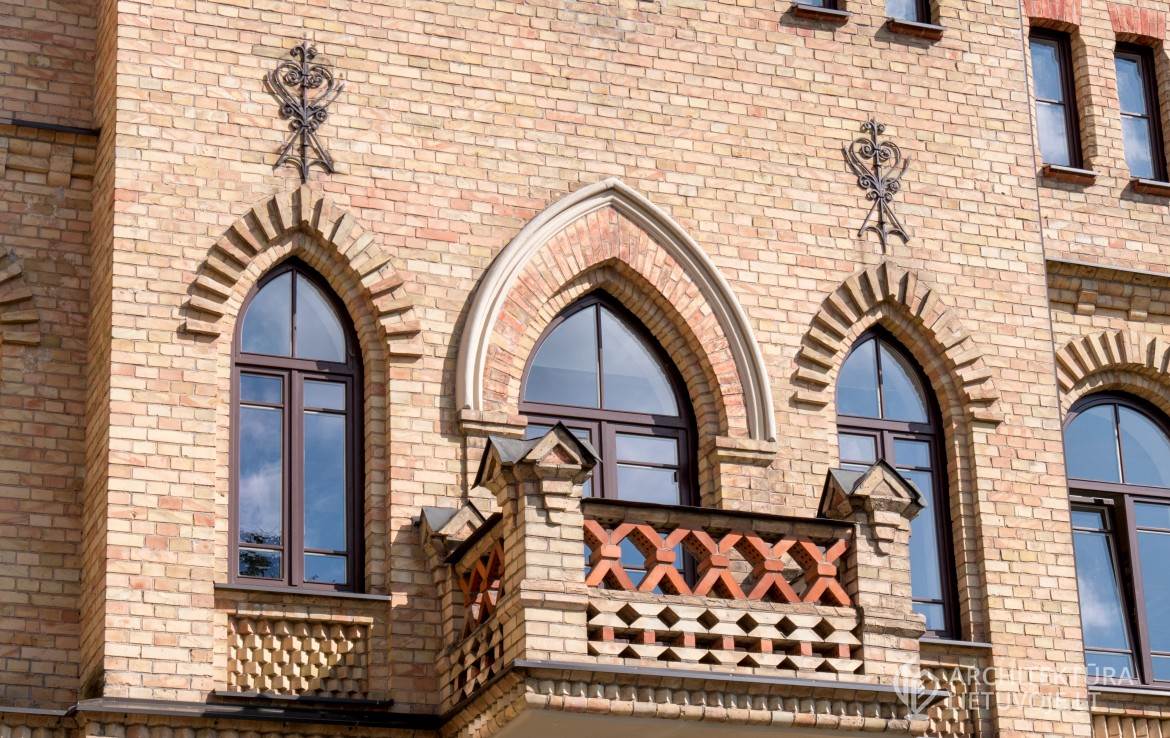