Farther away from the operating railways, in the middle of Dzūkija forests, one can come across a railway station, where no train arrived at for nearly one hundred years. During different periods, two names were seen hung on the station’s building – Artilerijos and Glūko.  The first name, slightly unusual, should be linked to the emergence of the station: a railway siding was built from Varėna to the tsarist army camp and military polygon in the 80-ies of the 19th century. Later, when the so-called Užnemunė railway line, military needs-oriented, was under development, the line in 1895 was extended as far as Alytus: then a building of brick style emerged, characteristic of the architecture of railway stations of that time. The colourfulness of the bricks was caused by the resources of clay, found in the region: one is able to compare this yellowish colour or remains of the old Alytus railway station with the red brick buildings of Šeštokai or Suvalkai stations. The last train at this location arrived during the inter-war period: after Vilnius and surrounding region were seized by Poland, the station became the last Lithuanian stop along this line. In the 20-ies, after the bridge of poor condition was dismantled in Alytus, the railway was dismantled as well. For some time, the building bore a witness of fighting tuberculosis: a sanatorium was operating here, while in the Soviet times, a forestry institution established itself in this location.

Although the building is sufficiently characteristic of the “official” brick style architecture, still it is a rare enough representation of this phenomenon in this region. The attributes characteristic of the tsarist material style can be seen here, such as pilasters divided by horizontal grooves, dividing the facade, cornices with dentals of several profiles and window trimmings reiterating the rounded form of windows, which end on the top with the keys. The expression of the former platform side facade, simple enough and not providing the building with any distinctiveness, is emphasized by two entrances set up symmetrically and accentuated with attic walls installed above them. The most expressive part of the building is the central avant-corps of the front facade, which ends with a hip cupola. The masonry of large stones, visible in the foundation of the building, reiterates itself in the bottom part of the former water supply tower survived nearby. When one looks at the building, one should compare it to other similar railway stations, in both architectural and thematical point of view, and not only – to Alytus Military Town of that time as well, which has survived into our times too. 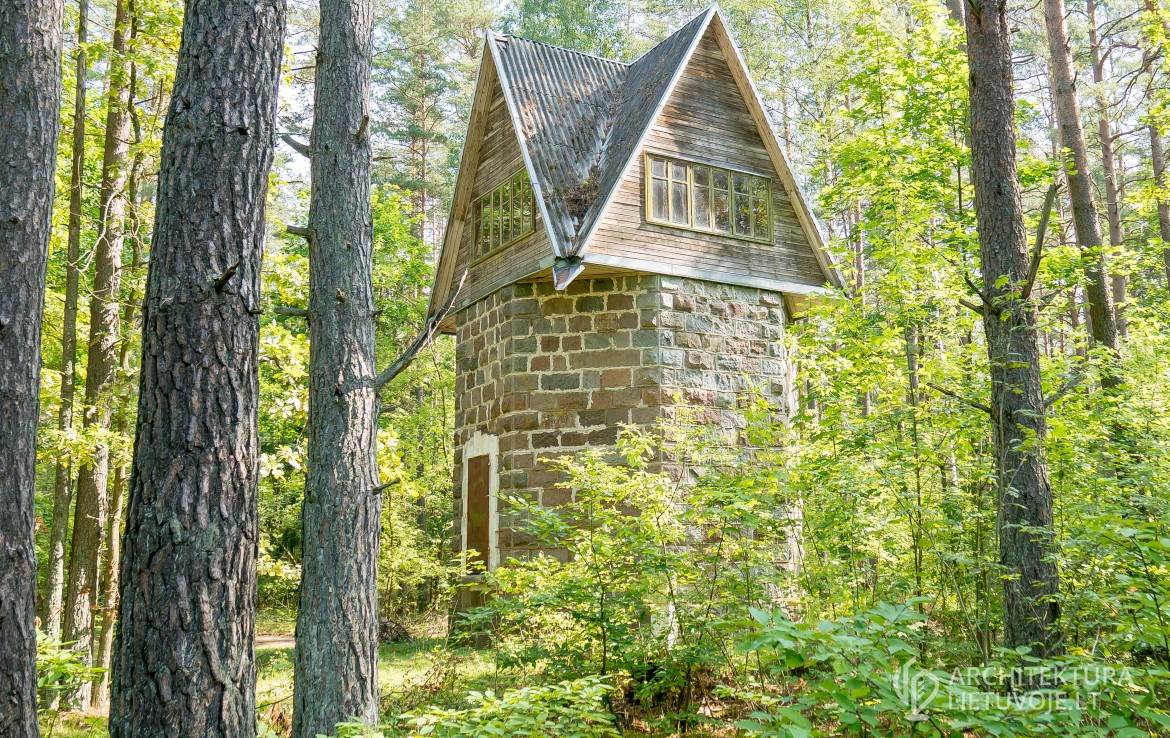 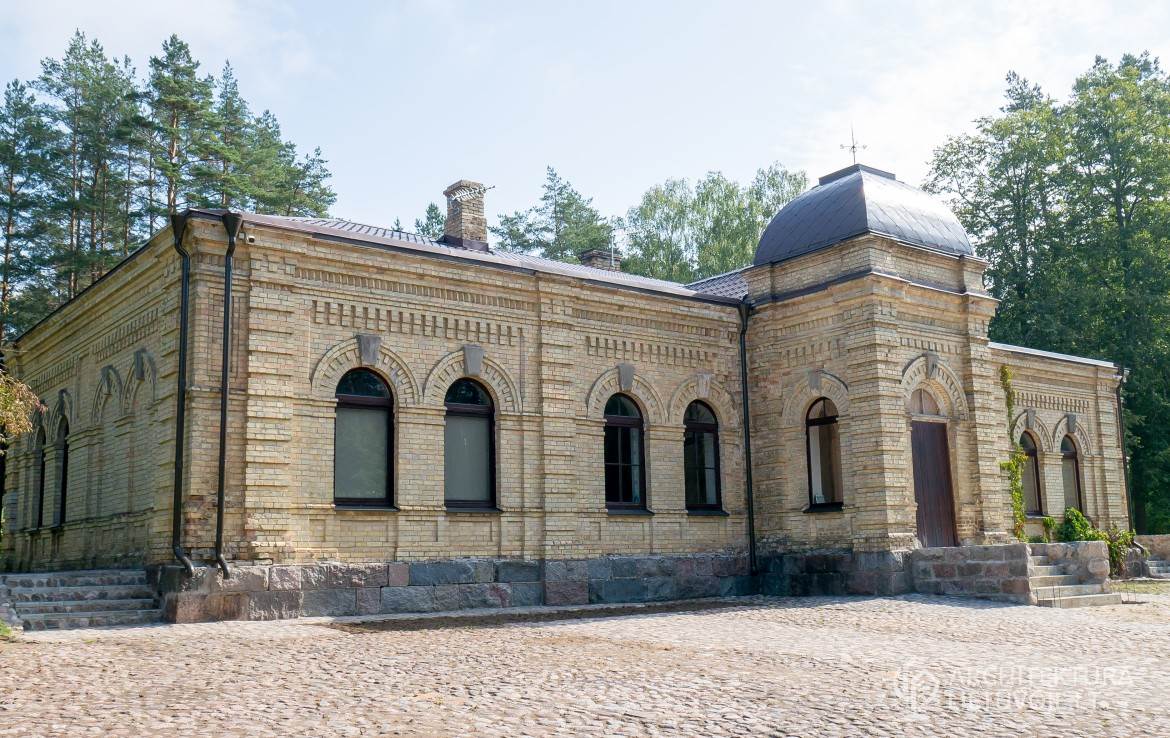 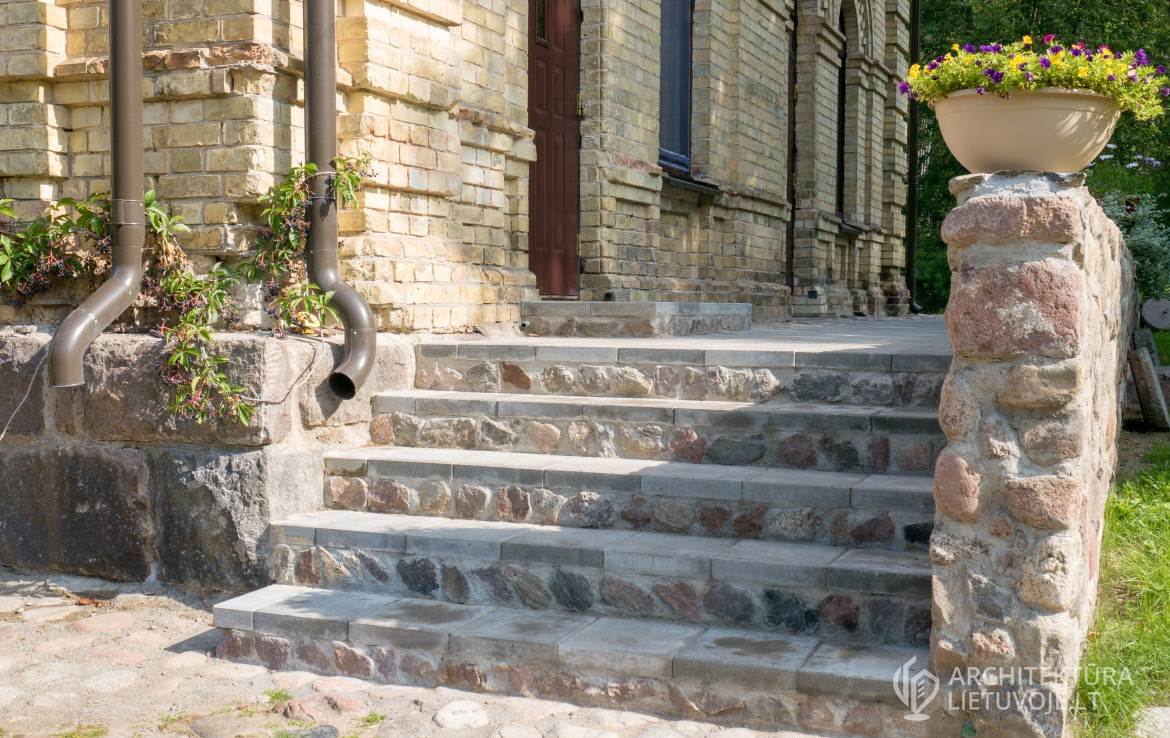 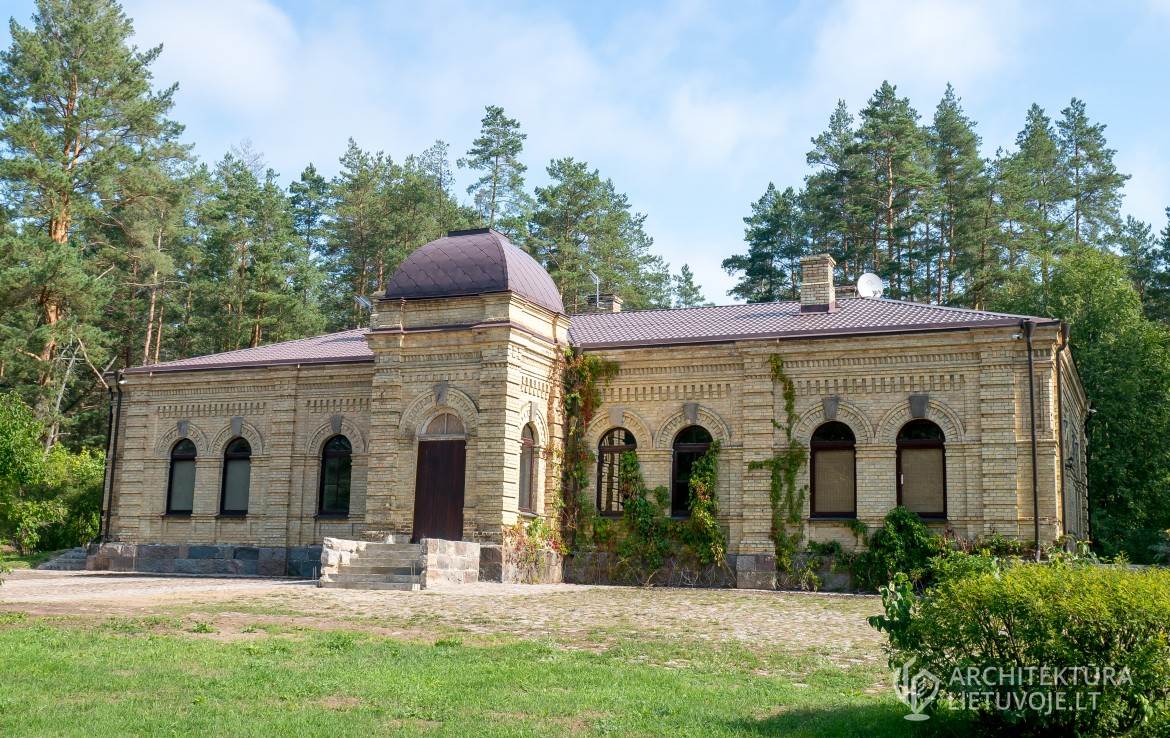 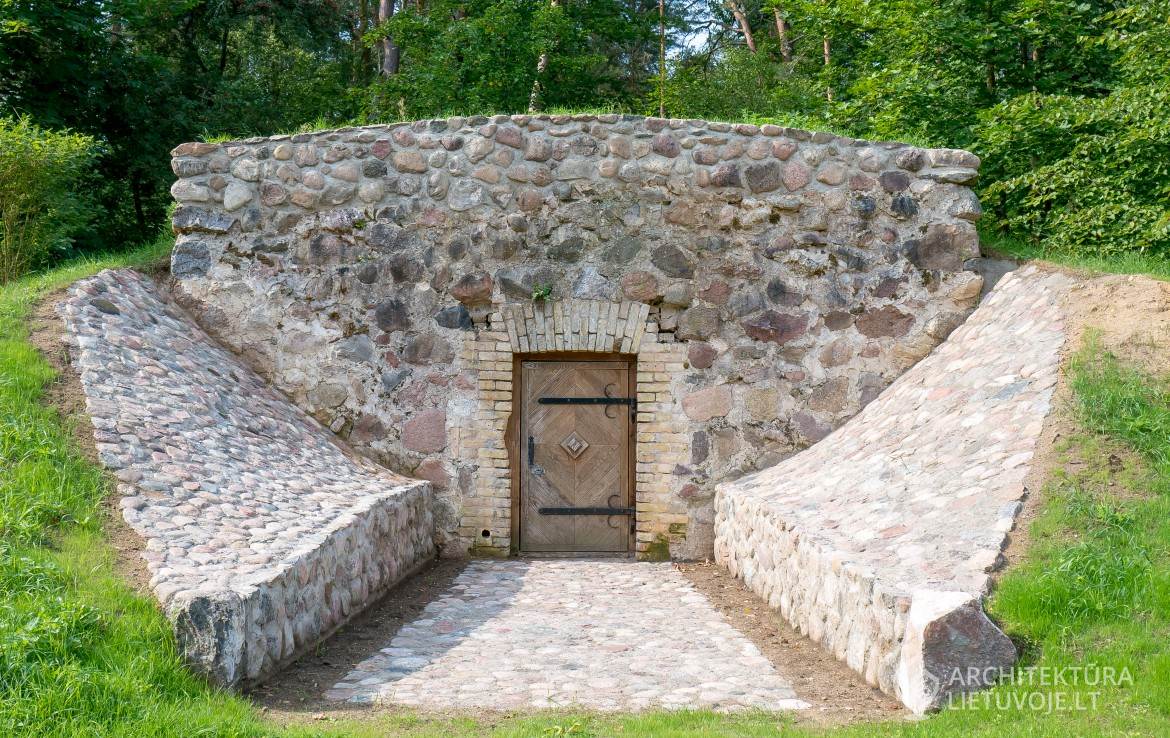 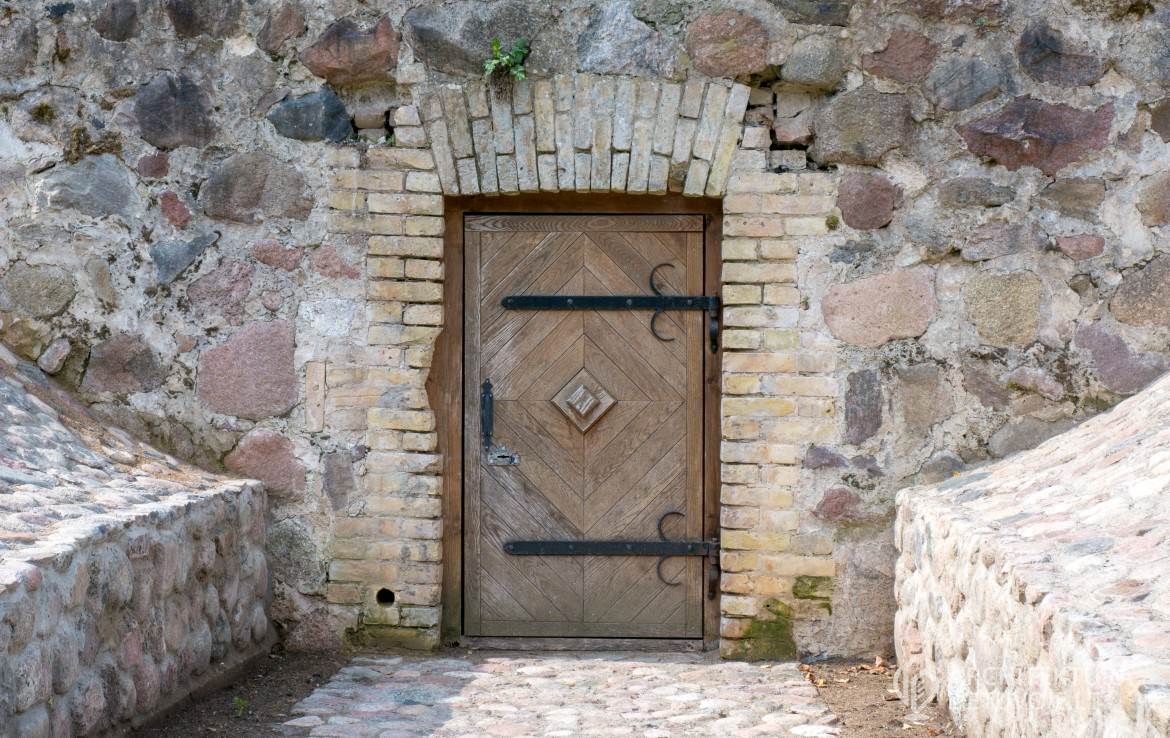 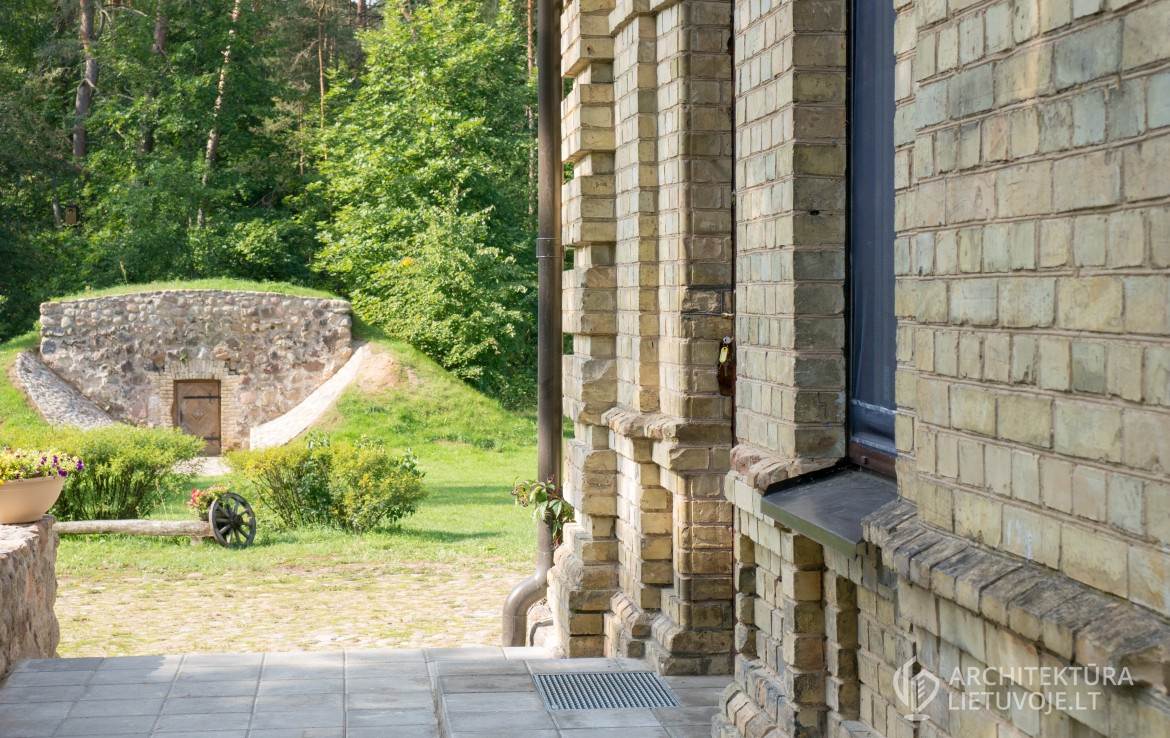 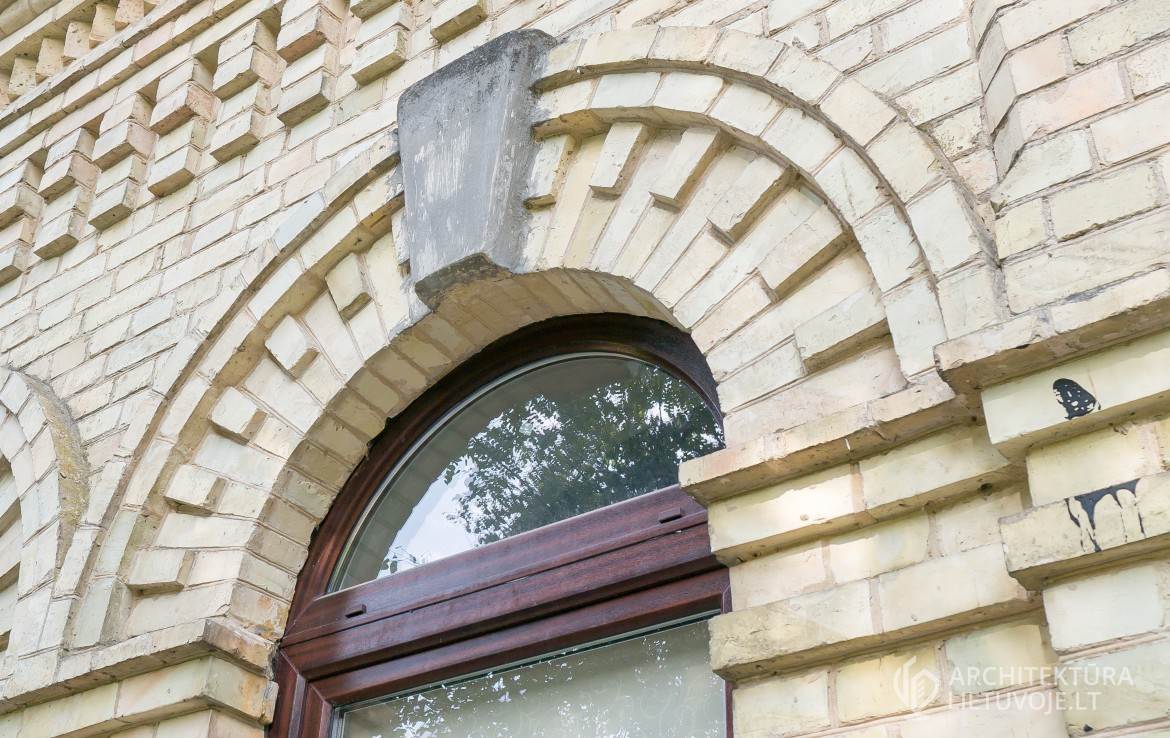 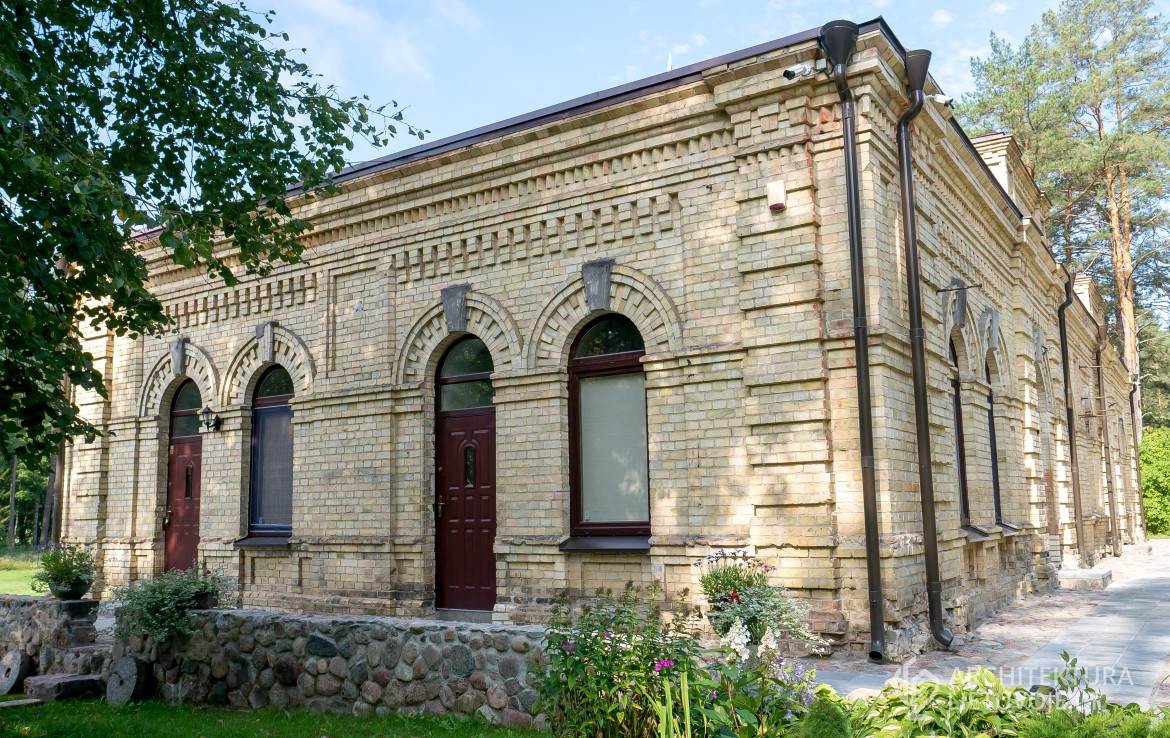 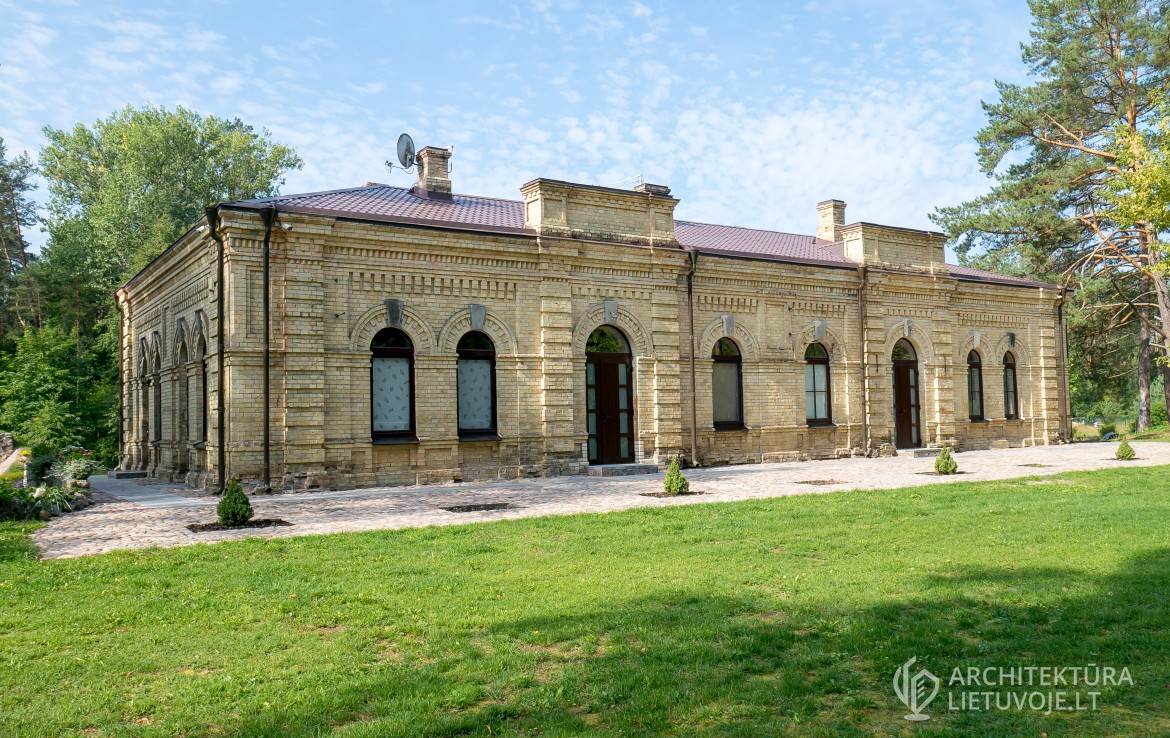 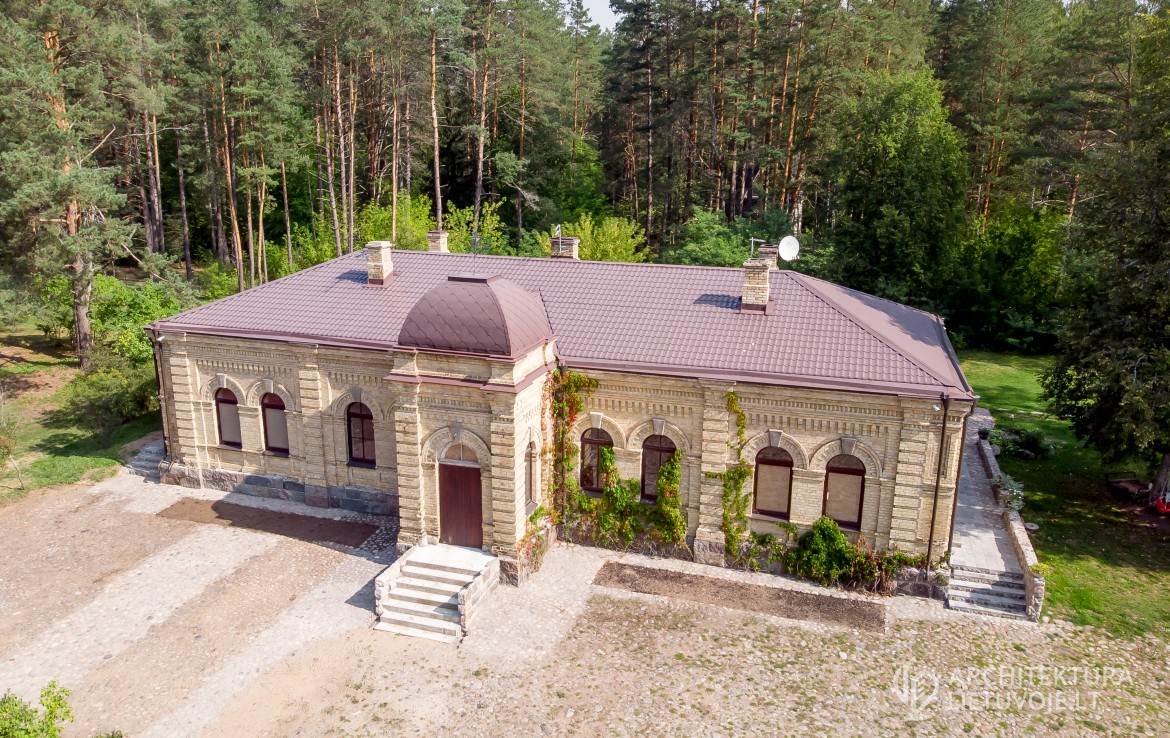 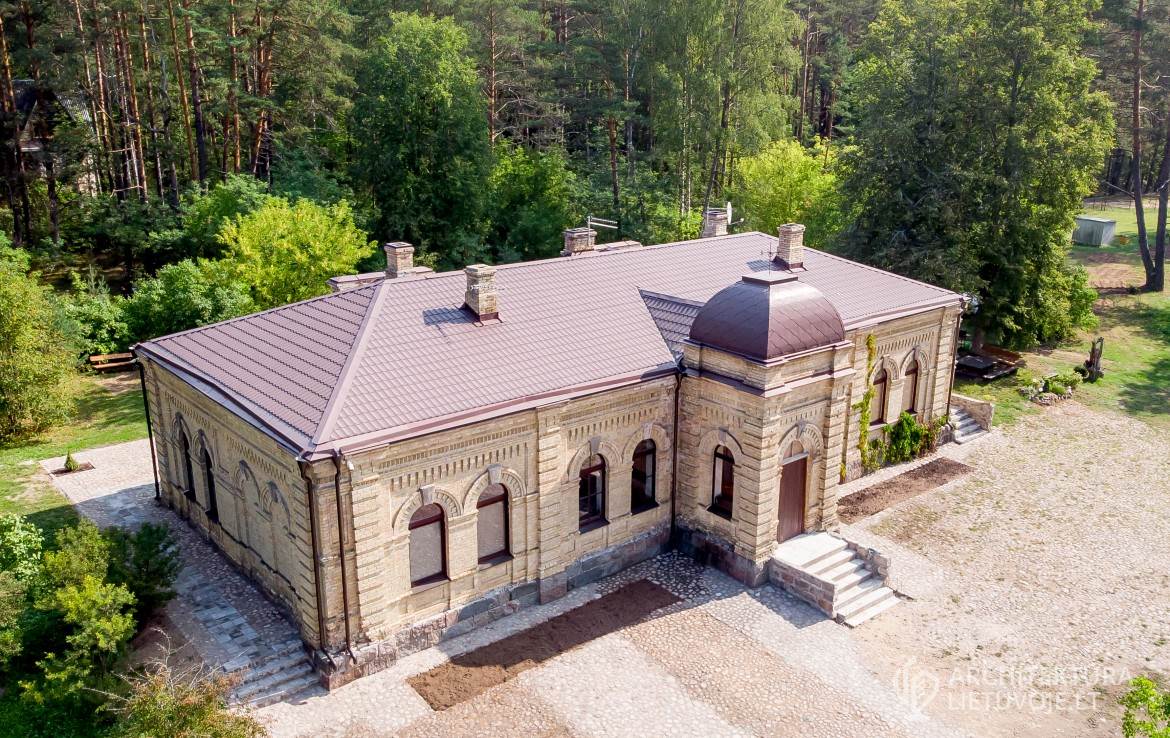