On the edge of the temporary capital of that time, in the axis of Vydūnas av., the most exceptional and modern buildings in the Baltic states opened its doors in 1935 – Lithuanian Army Research Laboratory. The need for an institution of such nature was immense: not only the upgrading of the armaments for national defence purposes, but also a rapid investigation into the chemical weapons used by the hostile forces during a potential war was a necessity. After considering the construction of a laboratory further away from Kaunas and inviting foreign specialist for designing it, it was finally decided to take advantage of the skills of the local architects and engineers, and to establish the institution near the city to facilitate the academic potential offered by the city.

The author of the design of the building, Vytautas Landsbergis – Žemkalnis, who already left a mark in the civil construction, faced a task of a similar nature for the first time, however, with the help of the constructor Anatolijus Rozenbliumas, the building was constructed with a period of two years. Though the composition of the building corresponds to the canon of the classic architecture: the façade is symmetrical, the main entrance is emphasised and the plinth is highlighted, however, according to Vaidas Petrulis, the architectural historian, the modern reinforced concrete structure, general arrangement, the installation of the interior, strip windows and a flat roof, allows the building to be legitimately called the most prominent representative of functionalism in the country.  The exterior elements of the building were directly related to the functions of the building – the strip windows were supposed to absorb the possible blast wave of the explosion, and the brass chimneys, that provided certain decorativeness, served as a part of the fumes cupboard system.

The building is designed as a single organism, by using the most advanced equipment of that time, such as ceramic Czechoslovakian ventilation system, electrical installation from AEG, the Icelandic lava based tables. Modern fume cupboards were installed in the laboratory, as well as showers, communication systems; the building is equipped with two Schindler elevators – one for passengers and another for cargo. The building was designed for a variety of weaponry tests ranging from toxicology to ballistics, however, one of its main functions is believed to be chemical research. A modern anti-aircraft and anti-chemical shelter was established in the basement, which was adapted for a nuclear threat during the Soviet period.

During the post-war period, the building retained its laboratory function, but it was used for academic purposes: here, the Chemistry faculty of the Kaunas Polytechnic Institute (currently KUT) has settled – the building still remains a part of this institution to this day. Not only its function has retained, but also the large part of the original equipment still used by current students: fume cupboards, sinks, laboratory tables. In some parts of the premises we may find original furniture and elements, such as massive exterior doors and stairway rails enrich the modernistic aesthetics of the building. It’s worth mentioning that the main building was a part of a complex consisting of five buildings – the appearance of two of them remained almost unchanged:  the guard house of laconic modernistic forms and an extraordinary outbuilding with a distinctive four-volume composition of Kaunas interwar architecture, part of which was equipped with water storage facilities. 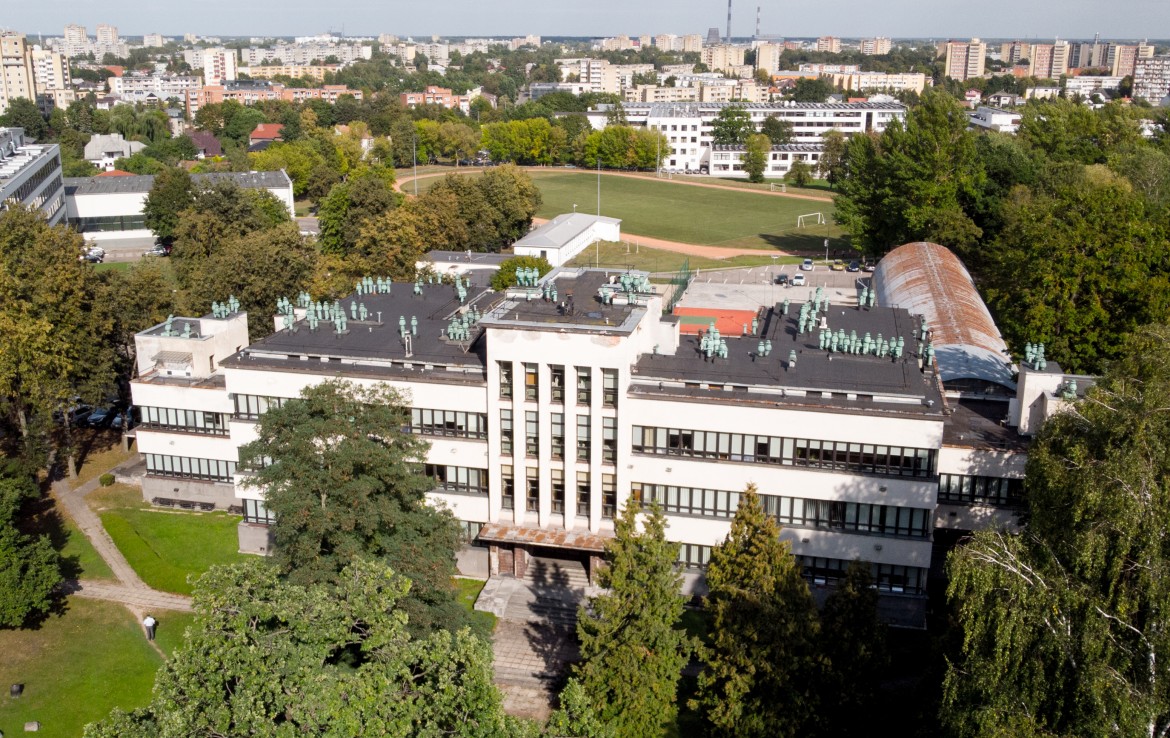 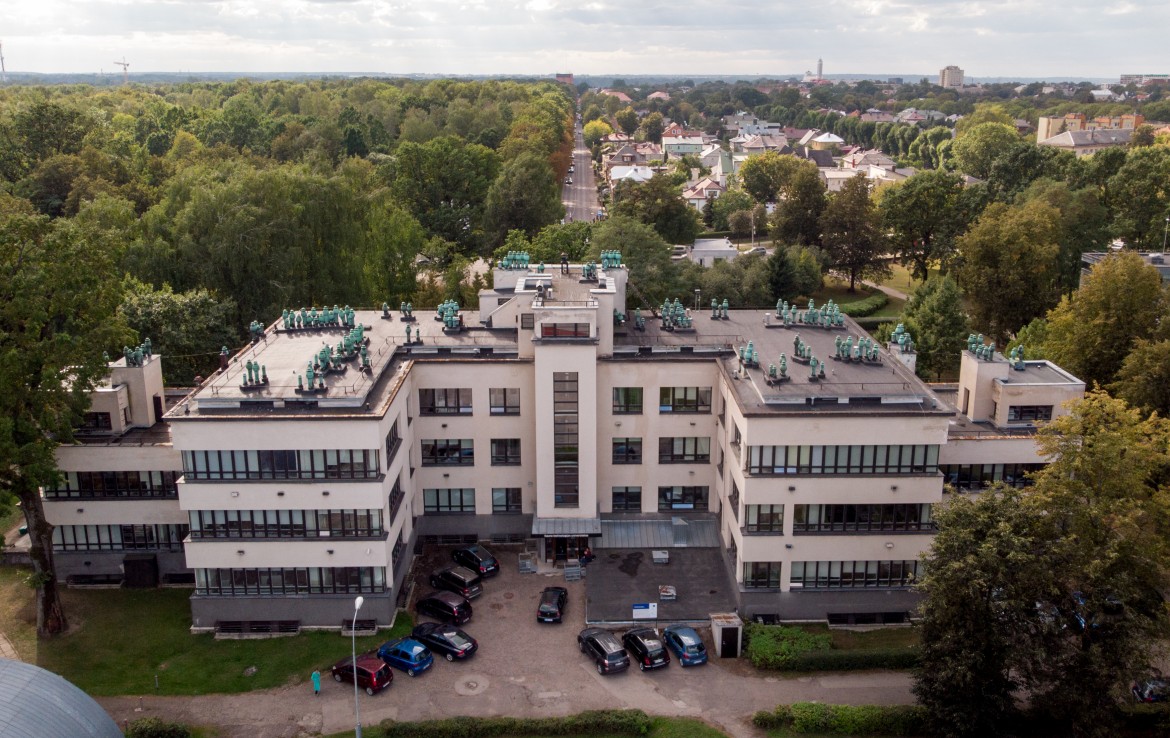 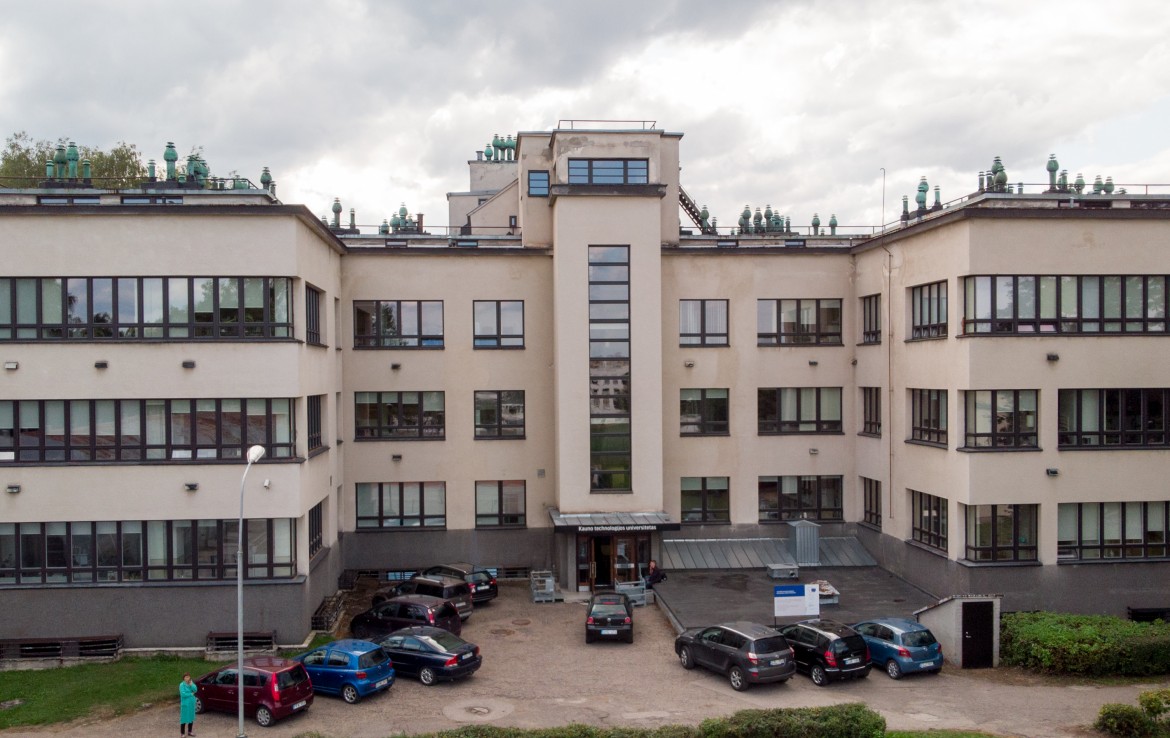 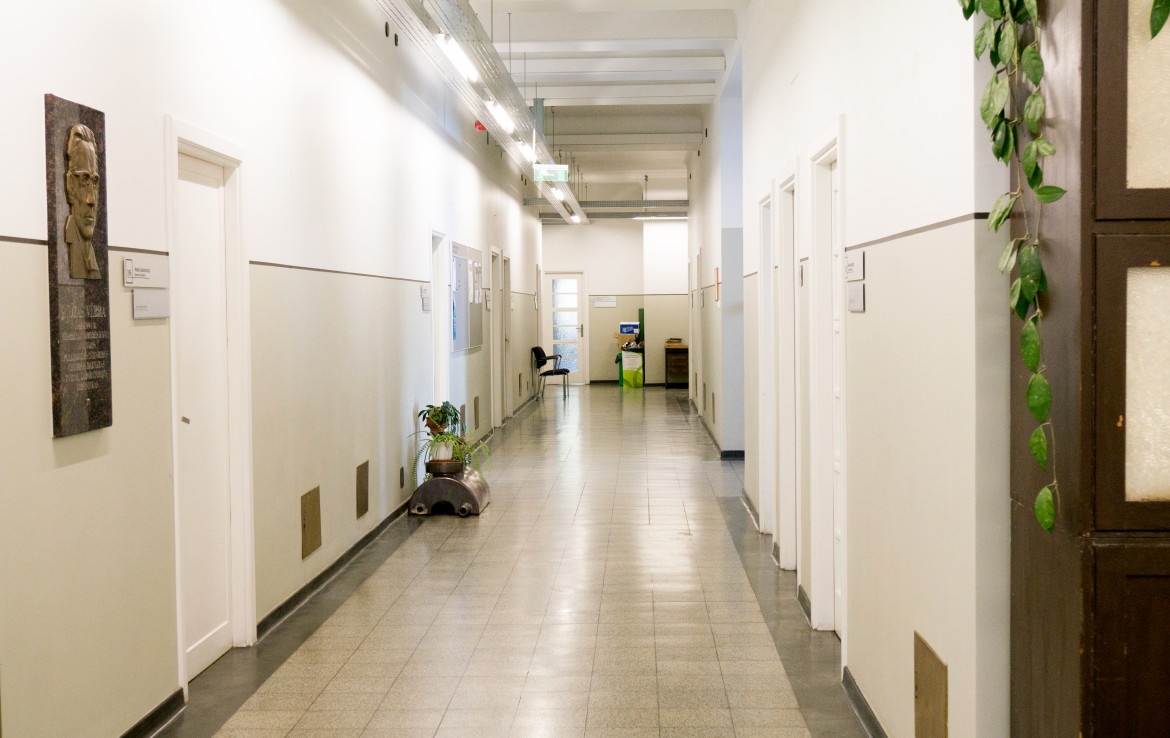 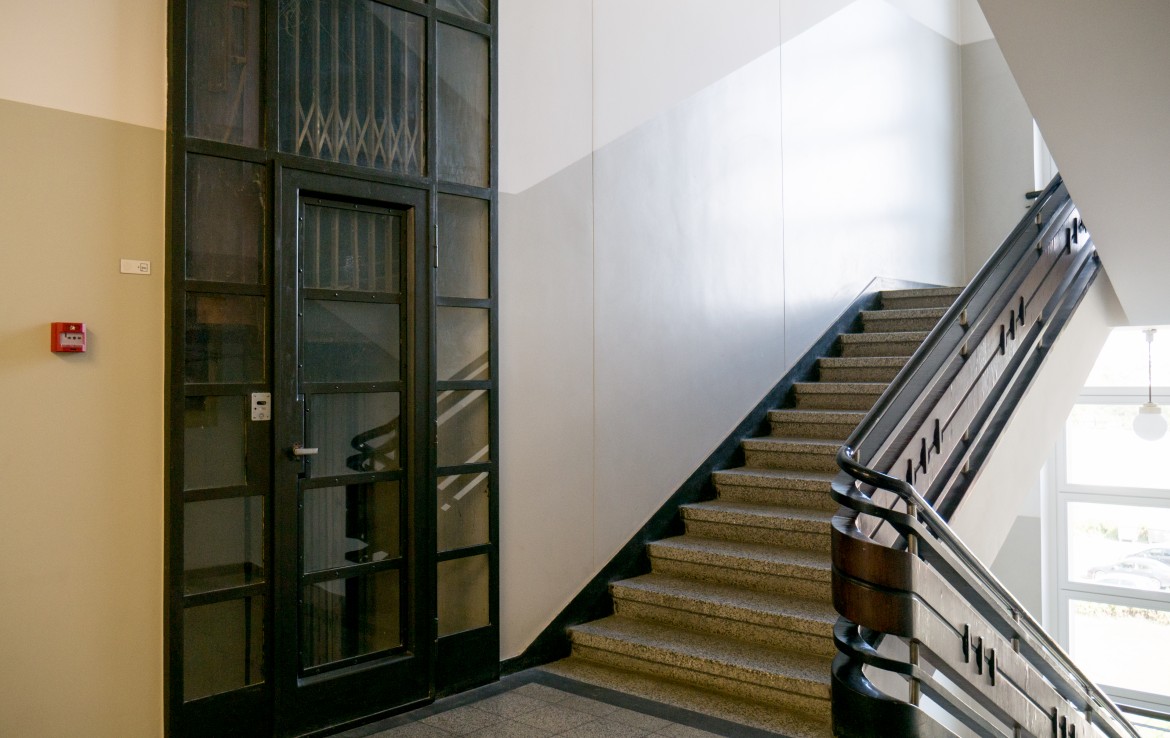 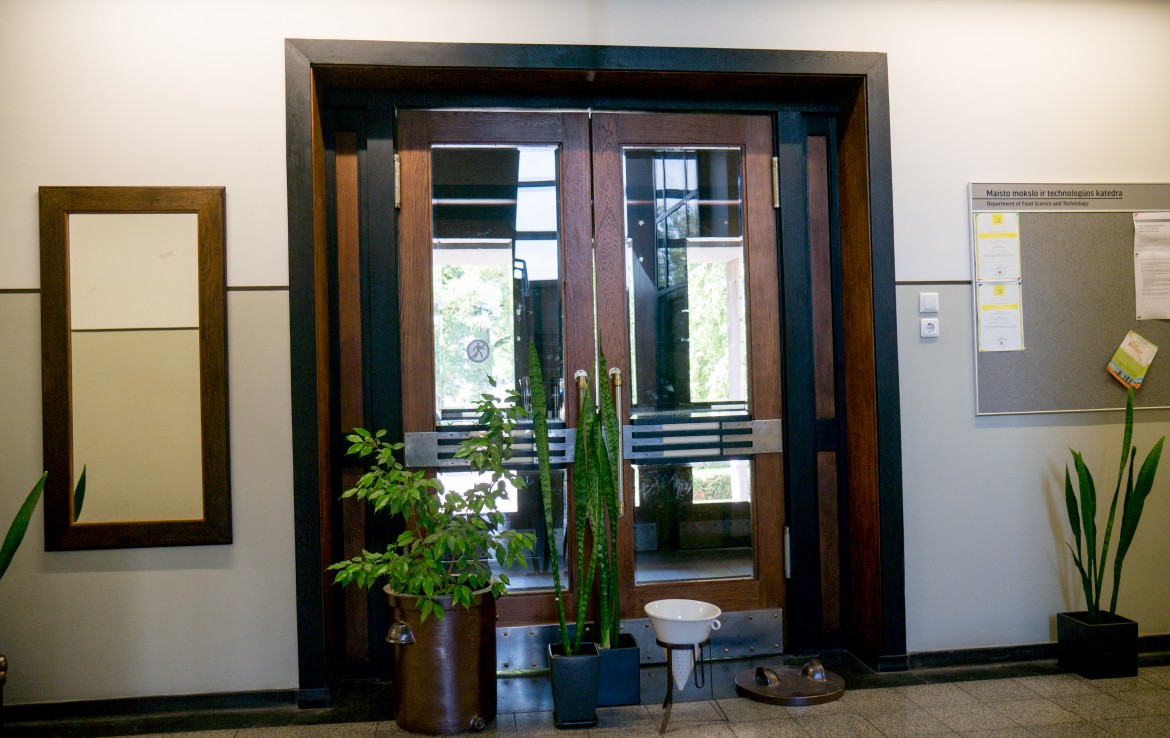 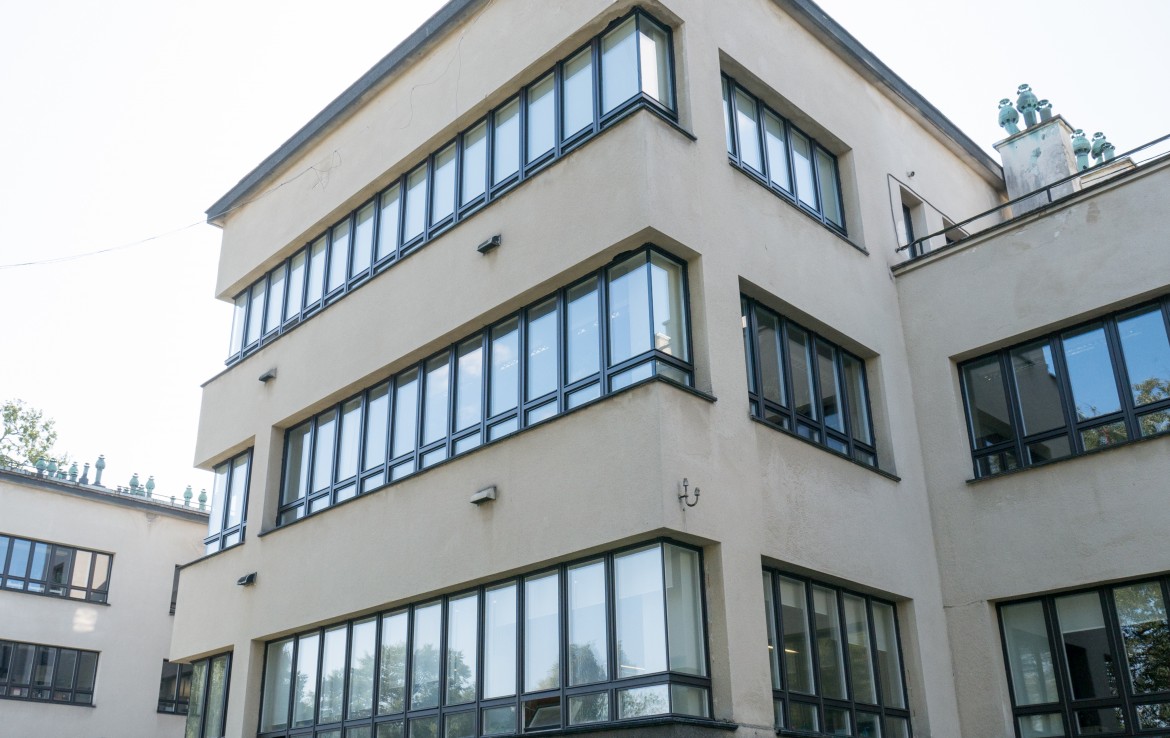 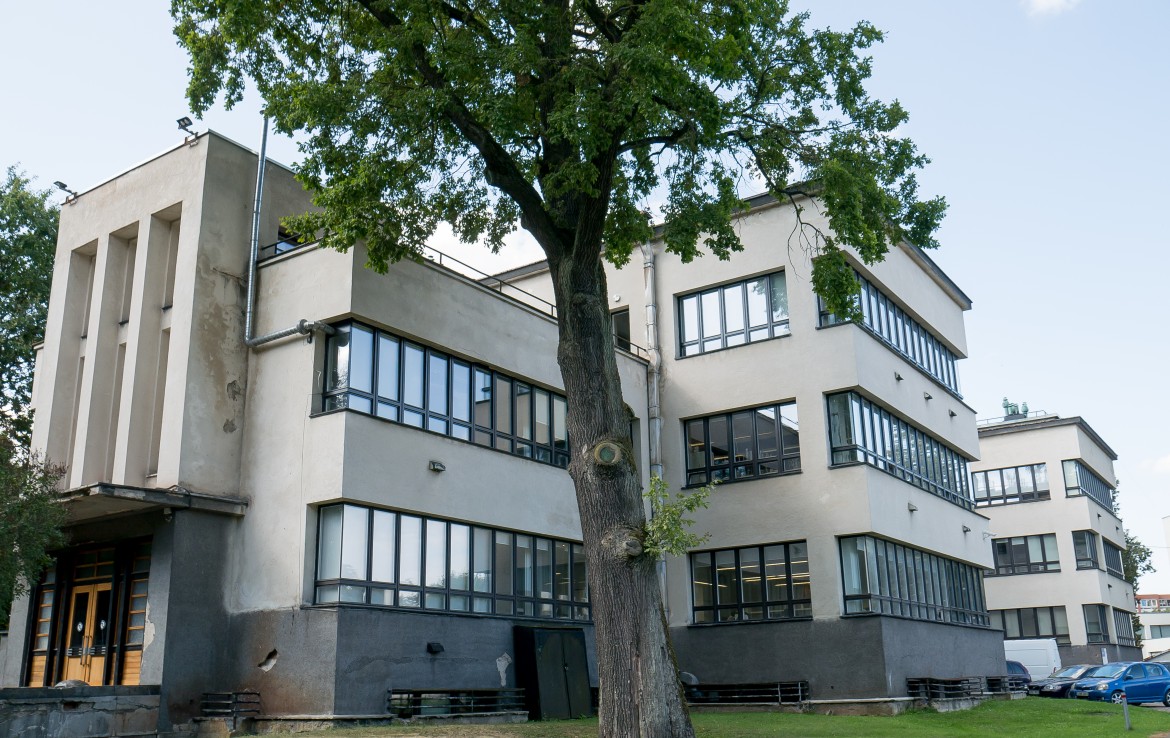 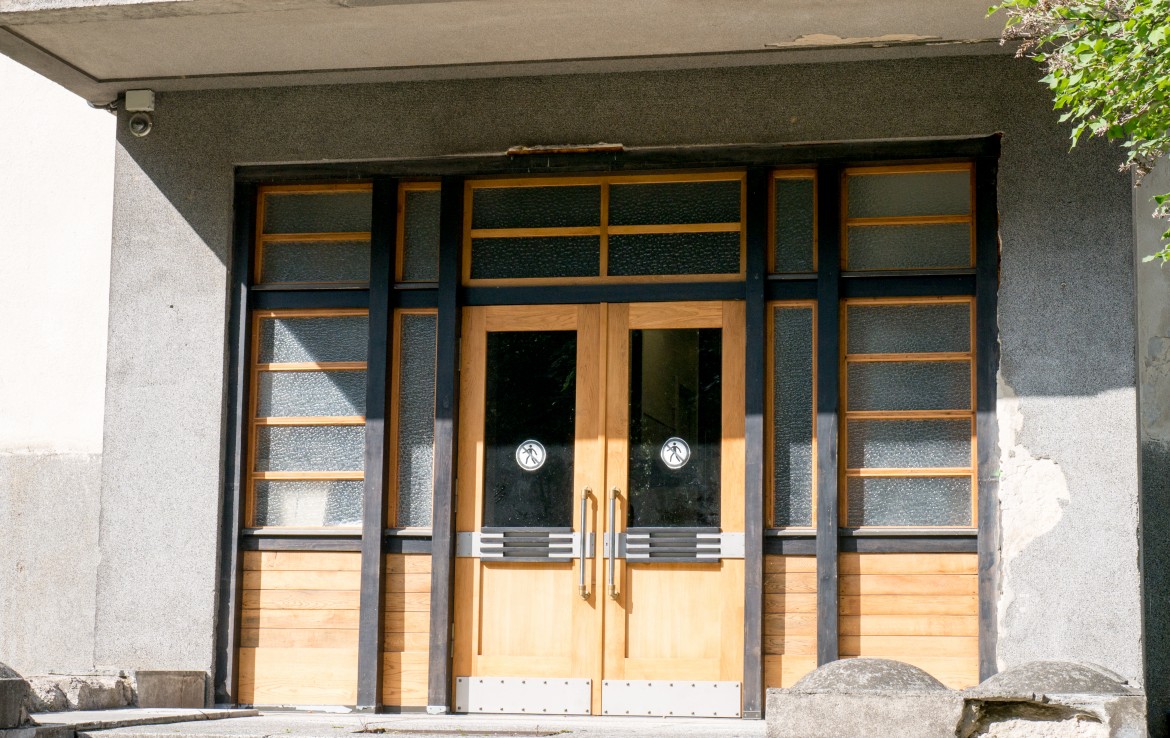 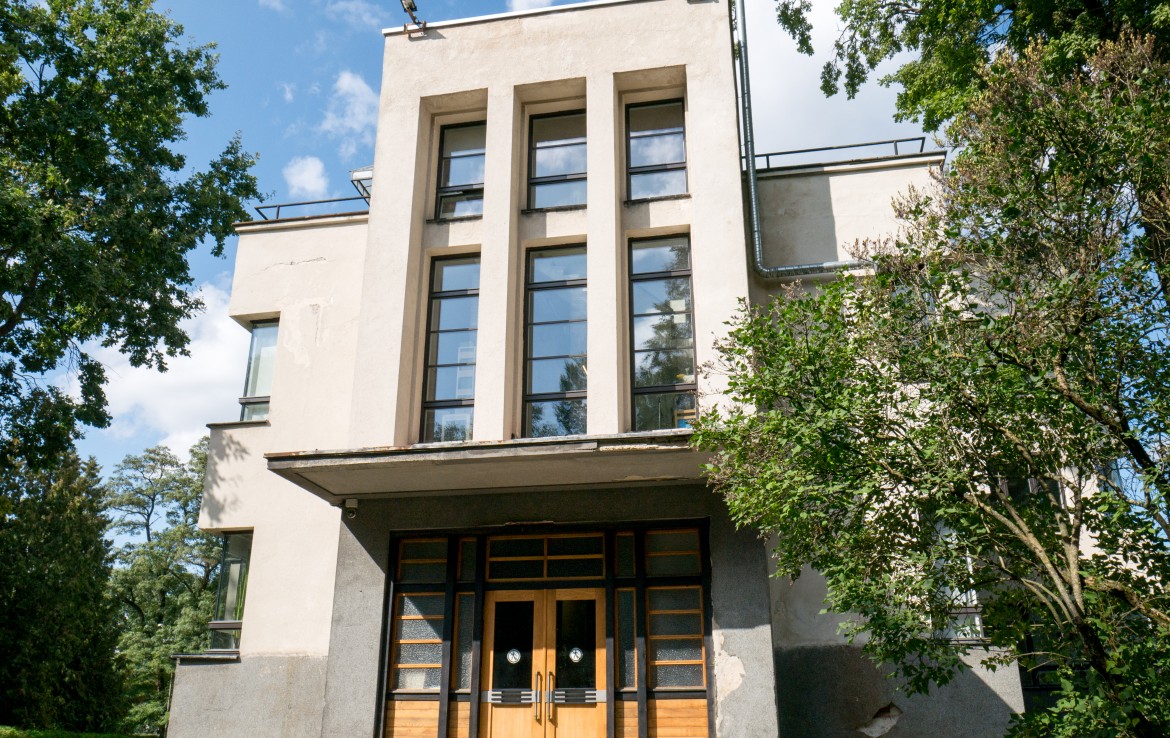 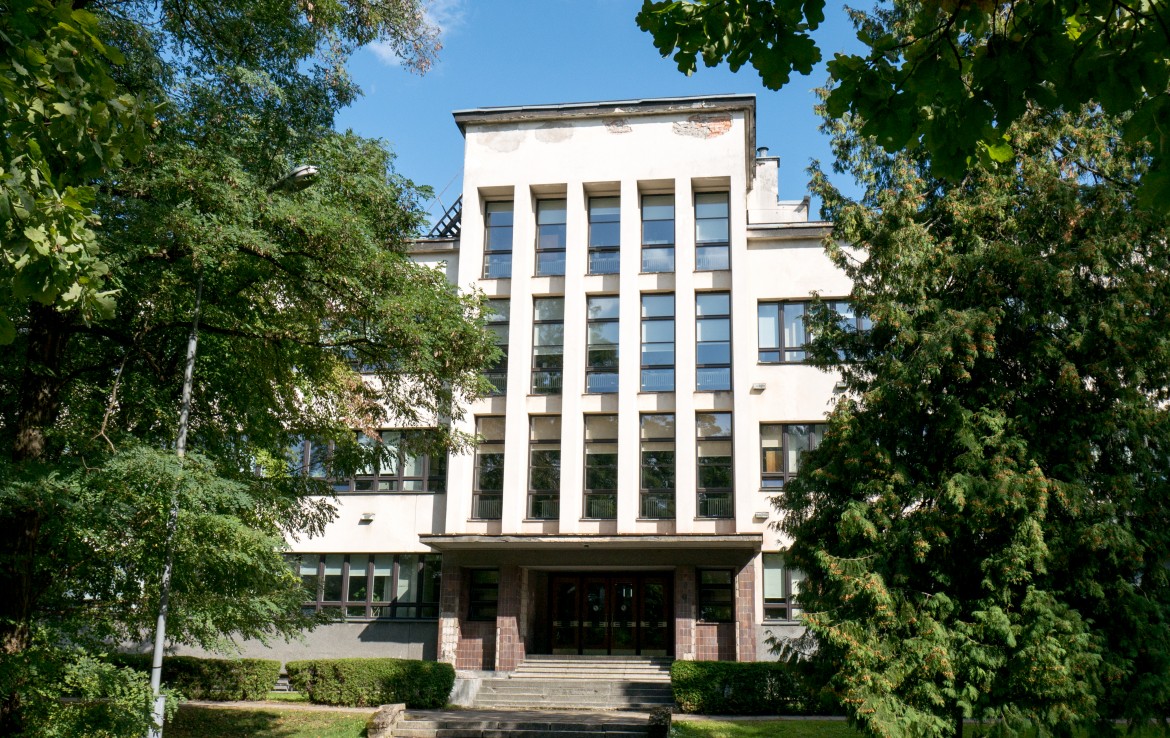 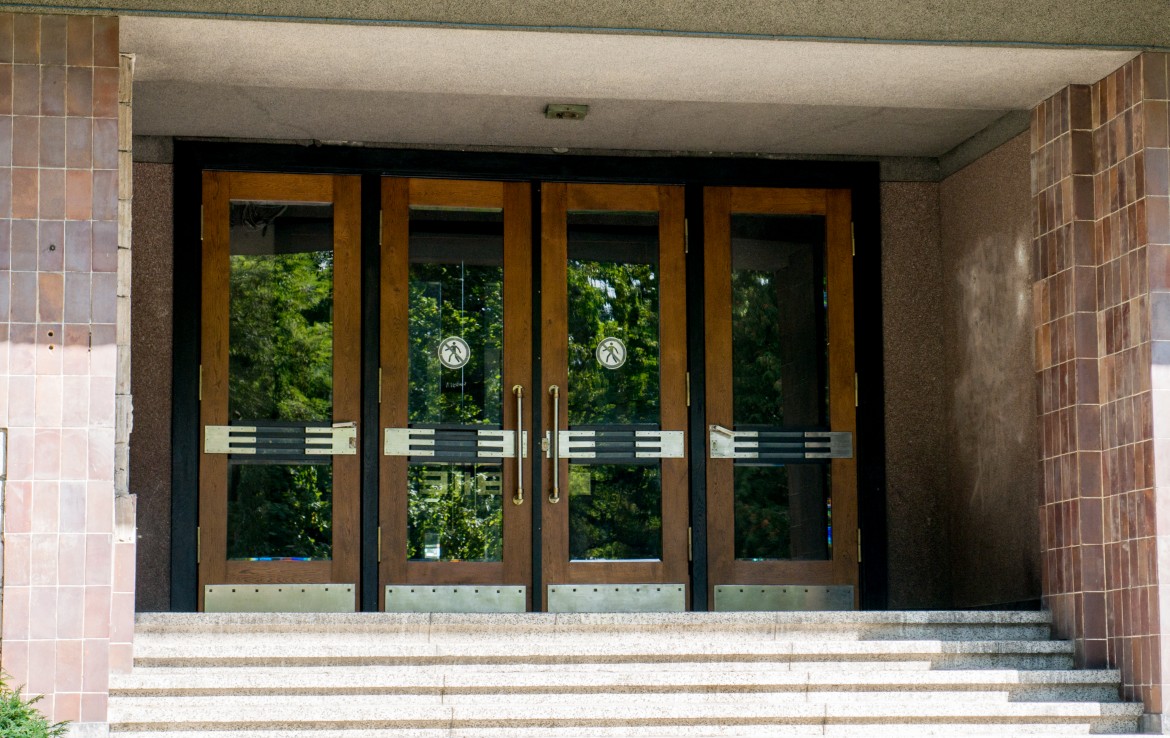